For two years, Mont Kiara's Playground The Cafe echoed with laughter of young children as they tossed around toys, clambered on slides and decorated cupcakes in a kids-friendly space, while their parents enjoyed a meal or beverage nearby.

The venue has been much less boisterous since mid-March. Even now, as children return to schools and pools throughout the country, Playground The Cafe maintains strict precautions for welcoming families back, in a sign of lingering concerns for cafes with play areas for children.

Playground The Cafe’s owners are parents to a four-year-old boy themselves. "Everything I do, every decision my wife and I make for Playground, we think about what we would do for our kid," the father said in a phone interview, declining to be identified by name. "If we're not comfortable placing our kid here, we wouldn't expect someone else to come in." 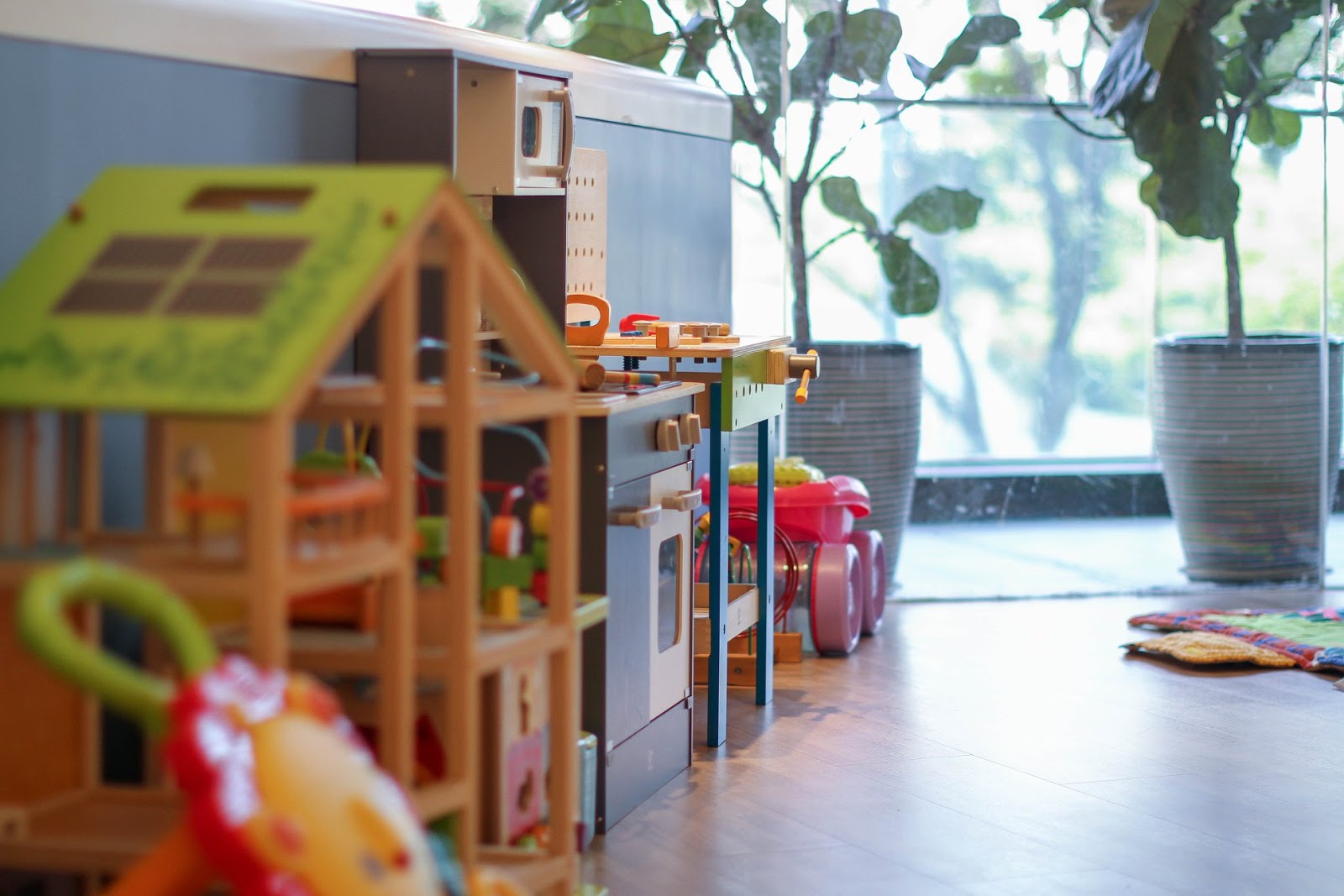 As its name suggests, Playground The Cafe is billed as a 'play cafe,' with a play zone that's a safe, controlled and compact environment for preschoolers. Children enter the zone for RM15, as their guardians relax and snack on sandwiches and pastas at the cafe space.

As the father explains: “We started when we realised there are not many spaces for kids aged five and below. There’s no place for them to play where parents can just sit and chill, have coffee.

"The other play areas are too big, like jungle gyms - the parents need to go in to monitor them. That’s why we started this smaller version of the jungle gym.

“Our thought process was that kids nowadays don’t get to go out much. The playgrounds are dirty, too hot or just not maintained. So we decided to do it indoors. This gets them away from their devices for a short period of time - they play, run, jump around.” 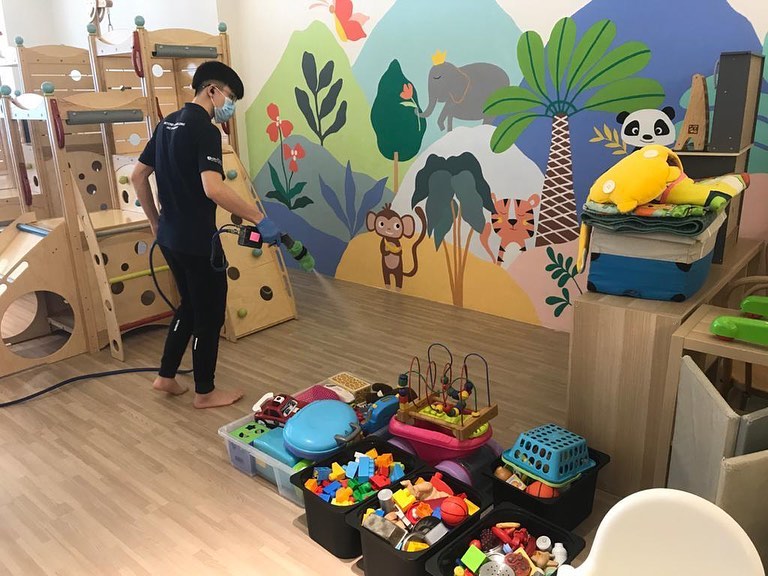 Playground The Cafe moved from Arcoris Mont Kiara to the neighbourhood's Verve Suites in late 2019. It barely had three months to get its footing in the new location before everything changed for public businesses.

Since mid-May, the cafe has reopened with exceptional safety measures, including entry by appointment only for four available time slots, at 10am, 12pm, 2pm or 4pm, each lasting 90 minutes, with half an hour of cleaning after every session.

“That's the easiest way for us to control the situation," the father says. "We’ve worked out four slots per day - you choose which slot you want and we’ll let you know if there’s another booking with somebody else in that time slot. If you’re comfortable, you can come in.

“As parents, we felt that one-and-a-half hours would probably be best. Come in, play for an hour, have your food and leave. When we reopened, most people didn’t want to stay out too long anyway. If the situation changes and there’s more information, we might change it again."

To ensure hygiene, the cafe has curtailed the number of toys available for kids. Larger toys like cooking sets and workbenches remain available, but smaller toys, like building blocks, are not. 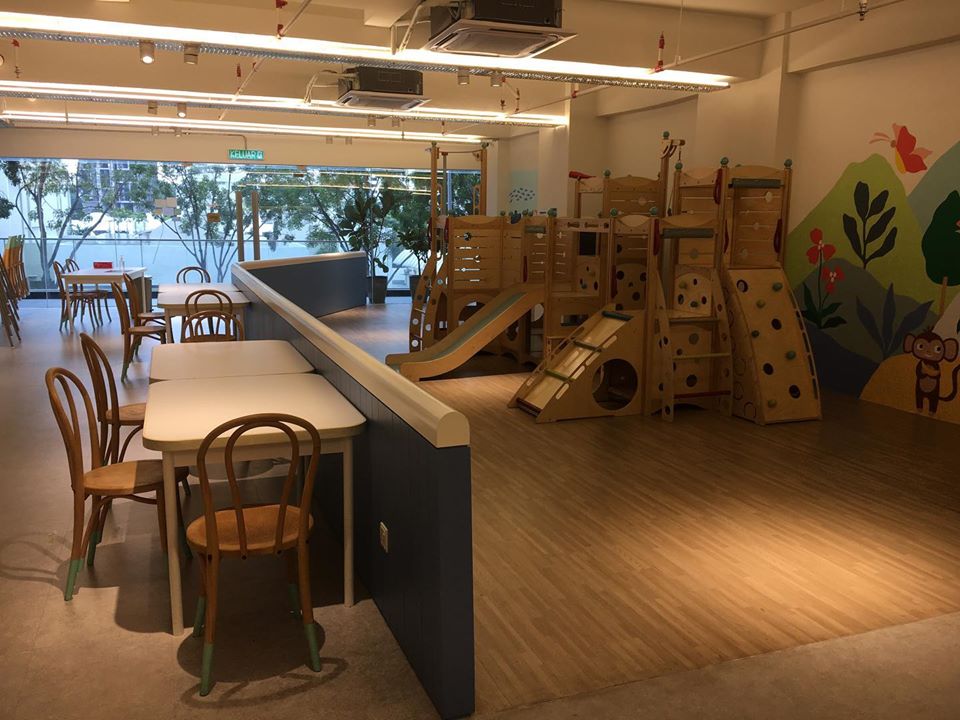 With only two families permitted per session, including no more than four kids at any time, the space currently feels emptier. Before, Playground The Cafe was regularly packed on weekends, while resident expatriates or playgroups organised by family resource groups like ibu visited on weekdays.

Families are naturally more reluctant to share the play area now. While the cafe has hosted birthday parties since resuming business, most families strive to stay safe by coming out in small groups and minimising contact with other households.

Nevertheless, parents are reassured by safety protocols that include the standard temperature checks. Children in the play zone must wear socks to reduce skin-to-surface contact, while customers view food menus by text message to avoid handling physical menus. Cashless payments are encouraged.

“There’s a lady who comes almost every week with her son. And there's a Korean family who came twice and booked two consecutive slots for each visit," the father says.

"A lot of kids have been stuck at home for so long, like my son, that they just want to go out. Our place gives them that freedom to run around, to let out the pent-up energy." 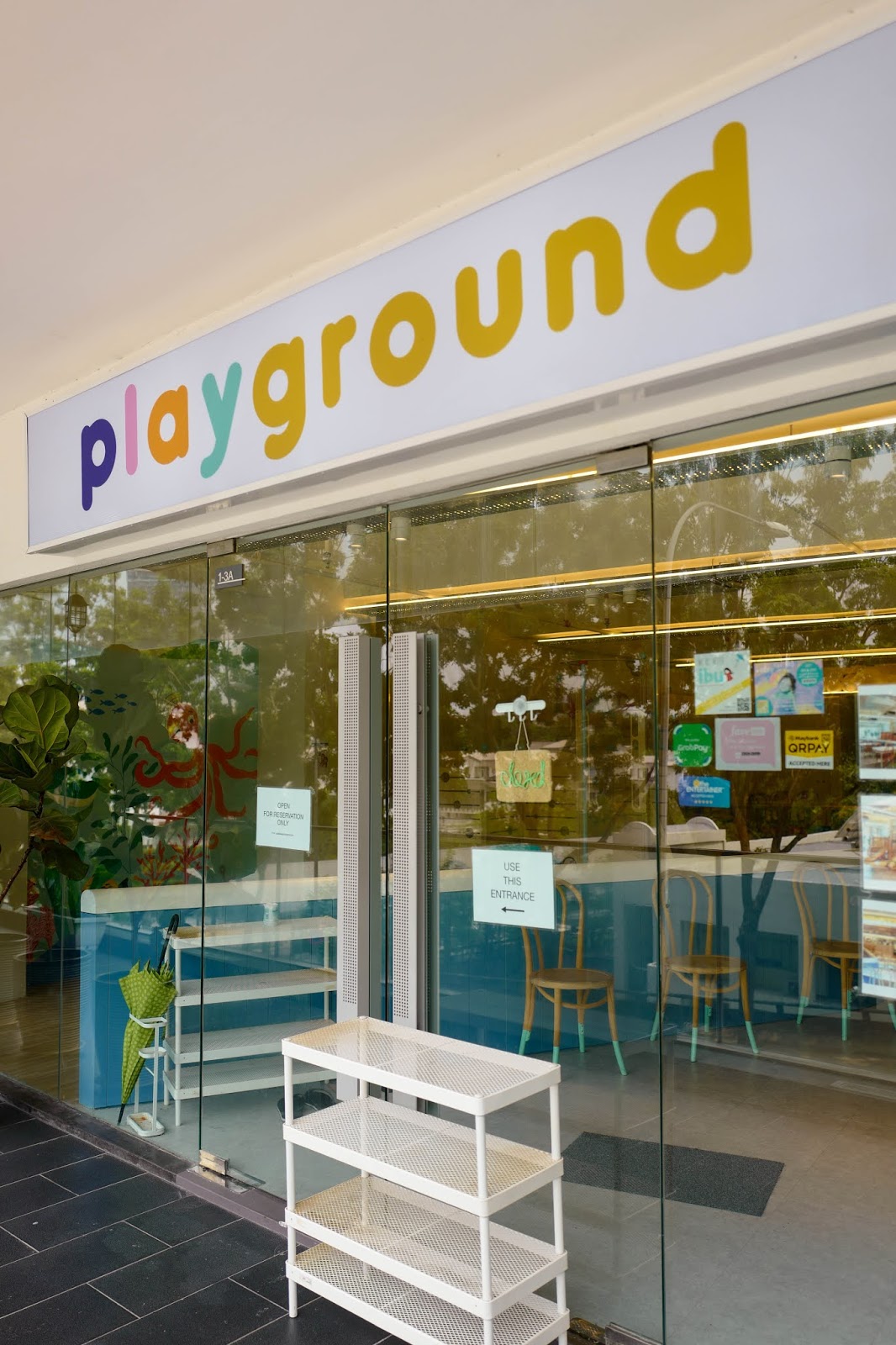 Reporting by EDKL writer Aiman Azri. Interview excerpts were edited for brevity. Images are courtesy of Playground The Cafe.

Playground The Cafe is one of nearly 250 restaurants and retailers on our online store for vouchers and subscriptions. Shop at eatdrinkkl.com/store

This is the 20th part in our series on how people in Malaysian restaurants, cafes and bars are confronting their current challenges. 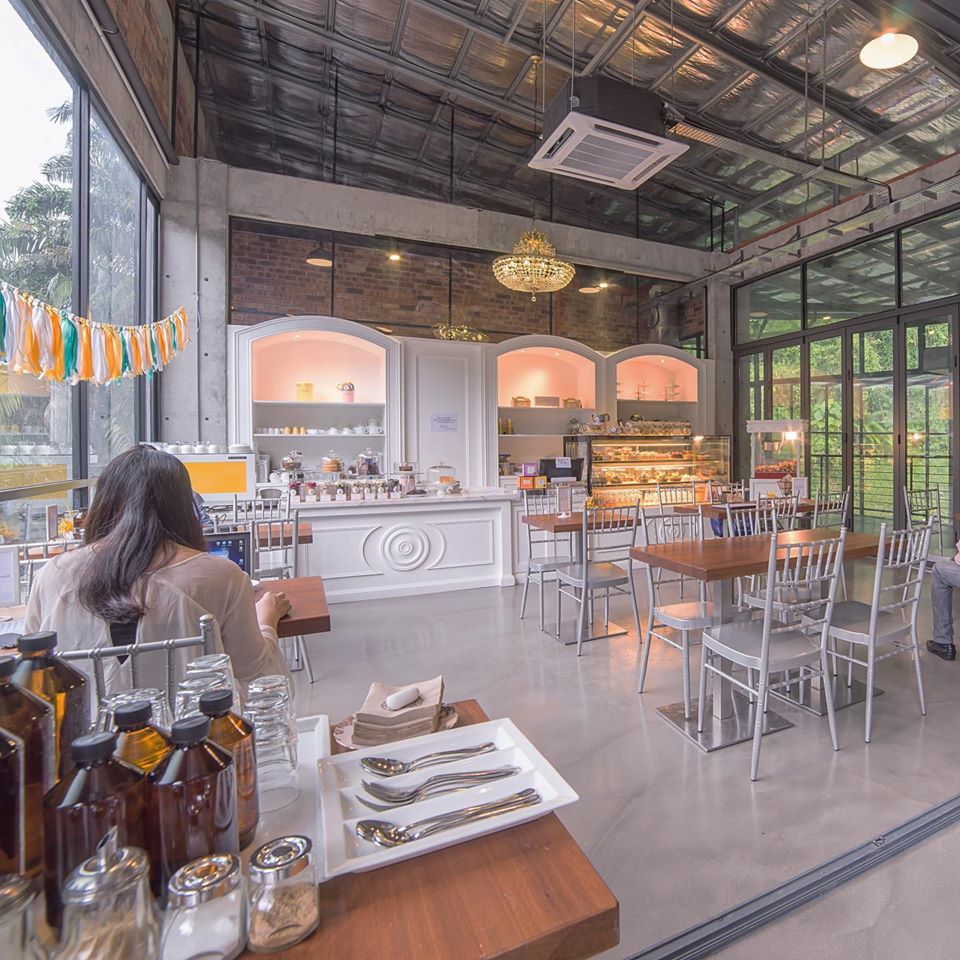