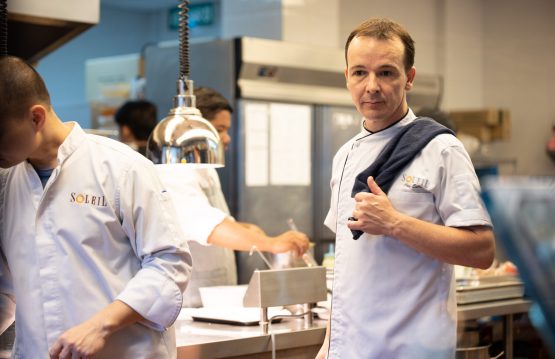 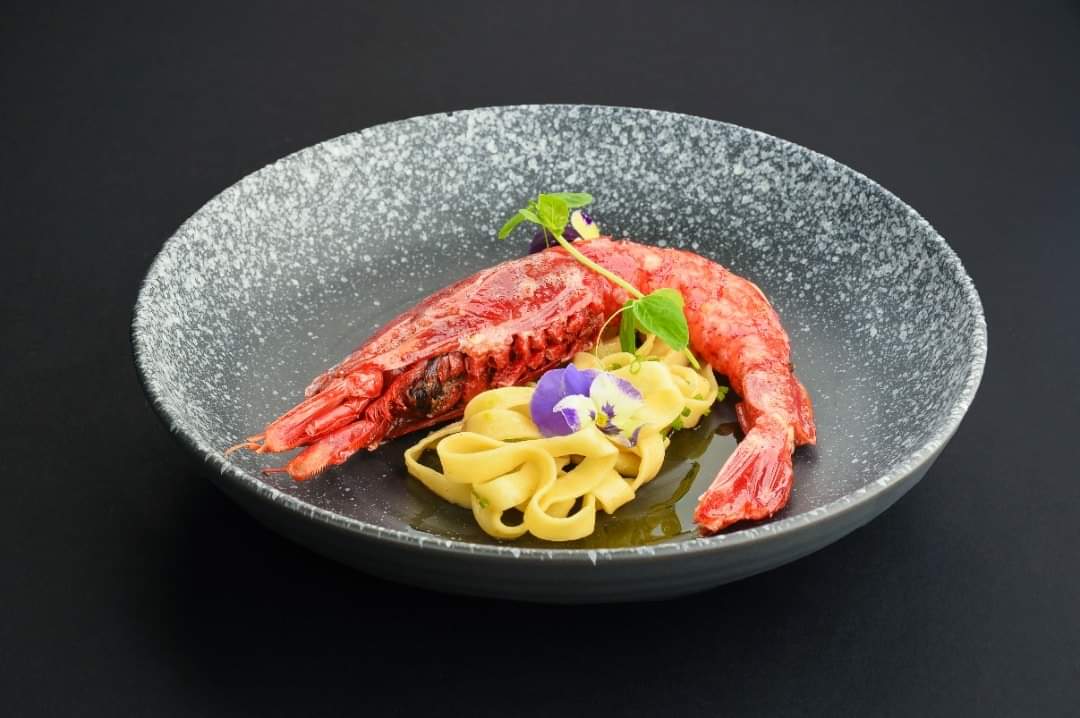 Evert Onderbeke has been a chef for a quarter-century, spanning his Belgian homeland to the U.S. to Malaysia, where he's spent most of the past decade. A seasoned professional who's seen good and bad times in fine dining, the head chef of KL's Soleil restaurant is now reinventing his own responsibilities to confront challenges he never imagined.

"I’ve been working in restaurants for so many years. I’m used to that kind of life, and now suddenly, that disappears," he says.

With fine dining banished far from patrons' minds, restaurants that perfected the art of poaching turbot and scallops have increasingly pivoted to the craft of sandwiches and burgers, pastas and pies, as casual cooking for pick-ups and deliveries becomes the comfort food for this era. 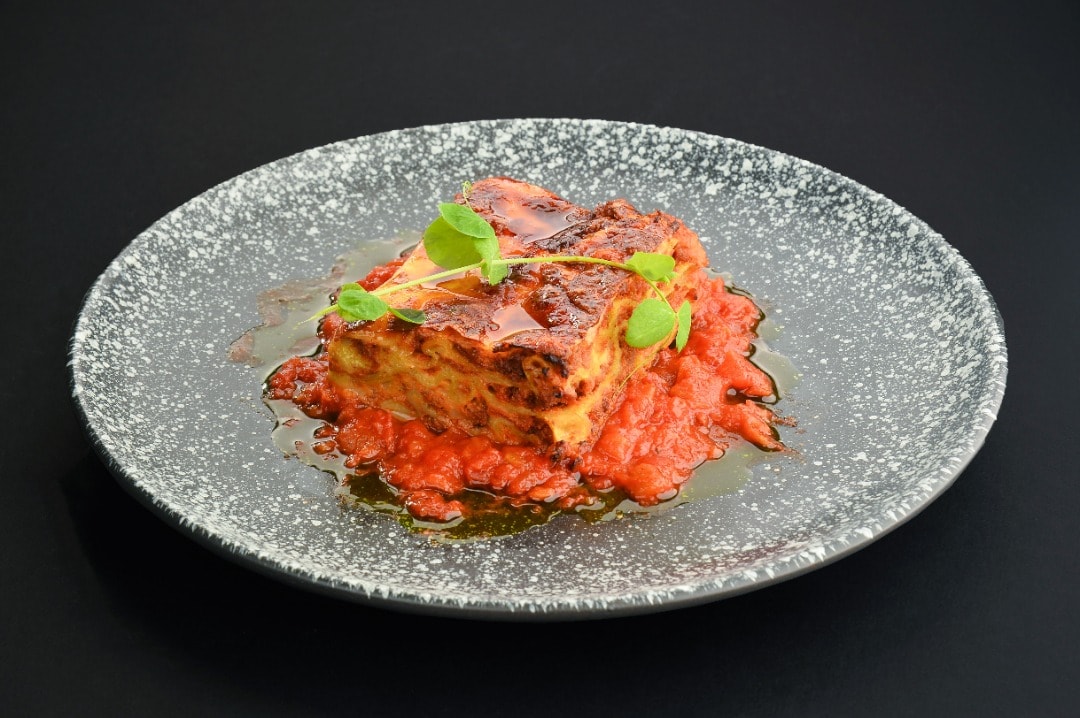 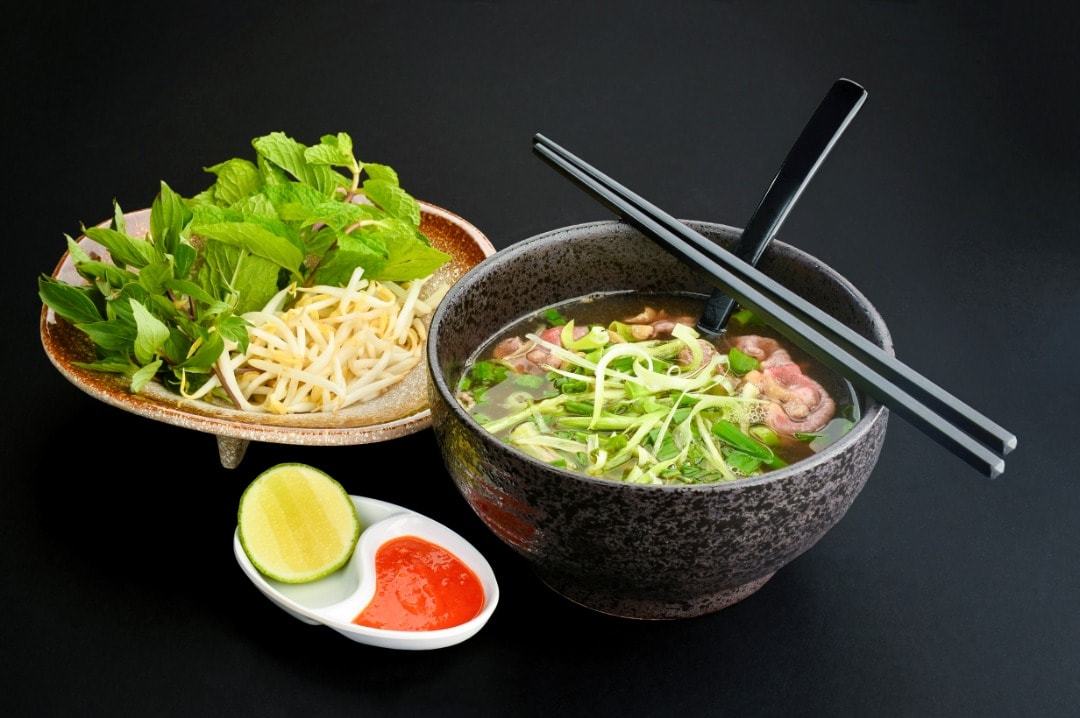 Evert has led the kitchen at Soleil for seven years, from its original home in Petaling Jaya's Section 17 neighbourhood to its current sleek space in Damansara City's DC Mall. We've been wowed ever since we encountered the Ghent-born chef in 2009 at High Tide, a now-defunct seafood restaurant that tackled marron to monkfish, Dover sole to Irish Pacific oysters.

But even with Evert's experience, the changes thrust on him have been dizzying. On February 14, he was preparing organic carrot soup with blood orange, duck pate with compressed watermelon, and Loch Duart Scottish salmon with mussel-saffron emulsion for Valentine's Day dinners.

A month later, he spent two days devising an emergency menu for deliveries - formerly anathema to fine-dining establishments - with simple dishes that could survive a trip in a box to customers at home.

Soleil's signatures such as slow-cooked coral trout with leek fondue and lobster emulsion were temporarily sidelined. But its delivery menu had to nonetheless live up to its reputation for respectable produce and techniques, so Evert came up with Black Angus beef burgers and lasagna, sourdough salt beef sandwiches, house-made pappardelle with lamb ragout and more.

Prices were a little lighter on the wallet, starting with Croque Monsieur for RM29 and express set lunches for RM31. The restaurant also ventured beyond its contemporary European perspective, initially swapping out Carabinero prawns and iberico lamb on its regular repertoire to deliver soulful Vietnamese pho.

“We prefer to sell takeaway dishes a bit cheaper than dine-in. There's no service, there's no ambiance - it's very different," Evert explains. "When we send the food in takeaway packaging, we always worry how the dish is going to come out. We don’t know when the customer is going to eat it. How long will it be in the box? In the restaurant, we see the reaction of the guests immediately, but with takeaway, we're not so sure.

"Desserts are also difficult. A slice of cake is no problem, but the desserts we usually serve in the restaurant are not for delivery. For instance, we have this pandan crepe with coconut sorbet - it’s all about the combination, but we cannot send a scoop of sorbet packed together with the crepe.” 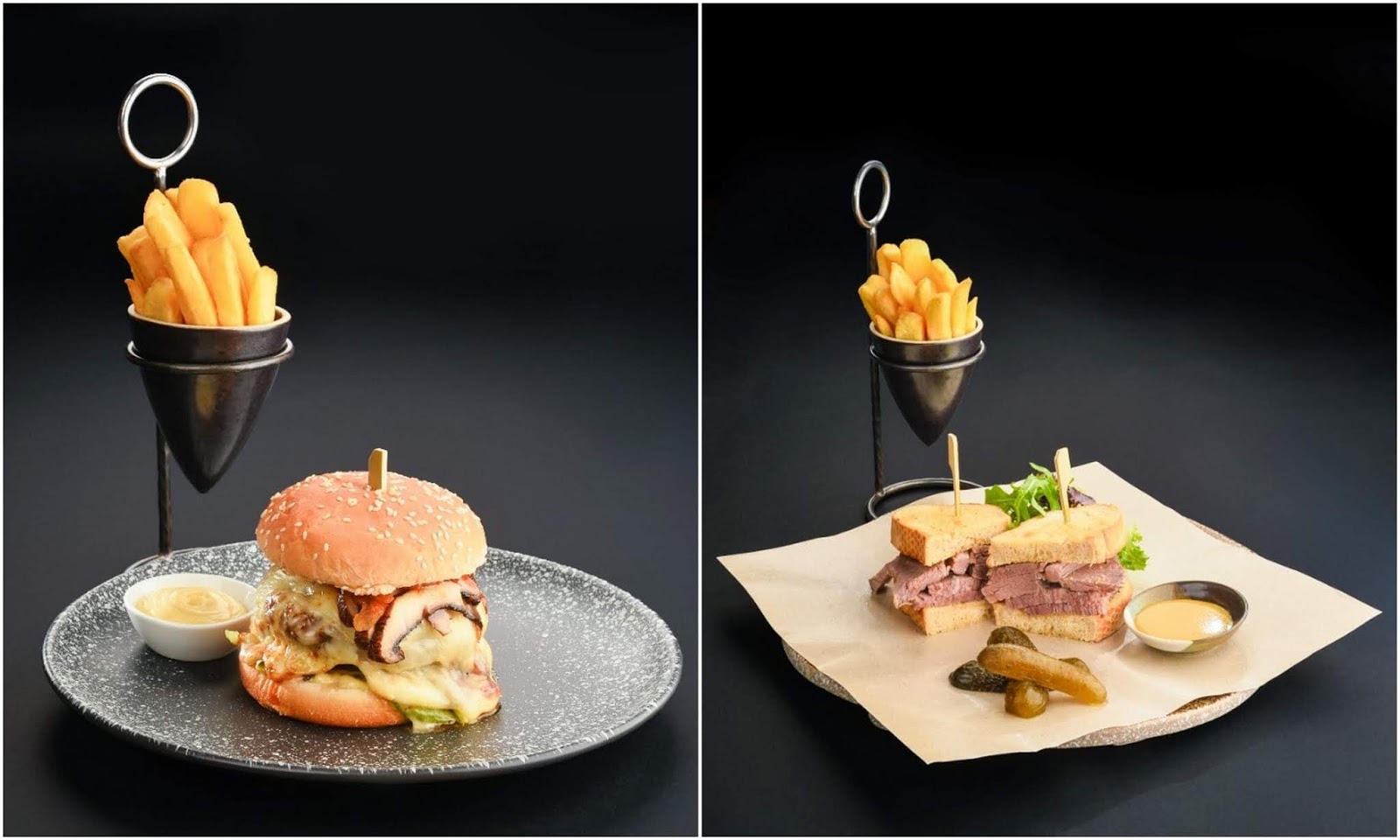 The transition has triggered not only frustration but fear, as fine-dining restaurants struggle with excruciatingly empty tables.

“I’m very worried for the business and the people who work for us," Evert says. "Even till today, the future is really uncertain."

Soleil reopened for dine-in May 4 with safety protocols. Some furniture has been removed to keep tables well-separated, halving capacity to 30 customers. But the mall now sees significantly less foot traffic - in its first fortnight of dine-in resumptions, the restaurant only welcomed about two tables of patrons per night.

"Even if we can fill up the restaurant, capacity has dropped to 50%. Of course, that’s not enough - you always build a restaurant for full capacity," Evert says. "For the moment, we can't even fill 50%, so we have no choice but to continue deliveries.

"Our daily routine has changed a lot. We're used to a busy restaurant, and now, it’s very quiet and we have to wait for takeaway orders.To keep the staff motivated is not easy, so we've turned to new things - like selling cheesecakes and cookies - to keep ourselves busy."

Even as Soleil adapts to the times, it has to contemplate hurdles beyond its control. It relies on many foreign ingredients, particularly seafood, in short supply as distributors slash their imports.

"Suppliers have become very careful. They have not brought in as much as before, because many restaurants have not been doing well and may not be able to pay on time, even with 30 days of credit. But it should be better by the beginning of June as more restaurants reopen." 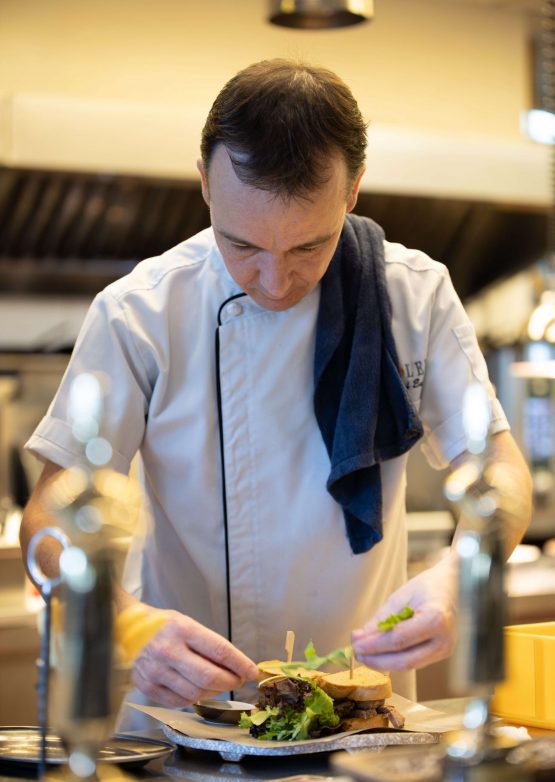 There's no single solution that would succeed for all of Soleil's peers, Evert says.

"Some fine-dining restaurants will stick to what they’re doing. They prefer not to do more casual food, because that’s not their identity," he says. "There are others like us that try to sell more comfort food. At the end of the day, we need to think about our cash flow. We need money to pay the bills. Sometimes we have to do what we don’t want to, in order to survive."

Fine dining has always been effortful in Malaysia. Evert is open to further revamping his dine-in and delivery menus, but it's impossible to please everyone. "For our type of restaurant, people like to see new dishes, which we try to do every few months. We cannot keep offering the same menu, because people will get bored. But if you change too much, people will ask where their favourite dishes are."

He knows he'll persevere, with the hope that the heydays will eventually return.

“That routine of running a restaurant - the preparation in the morning, the service for lunch, then the preparation for dinner, and the rush for service in the evening -  that gives me the most satisfaction." 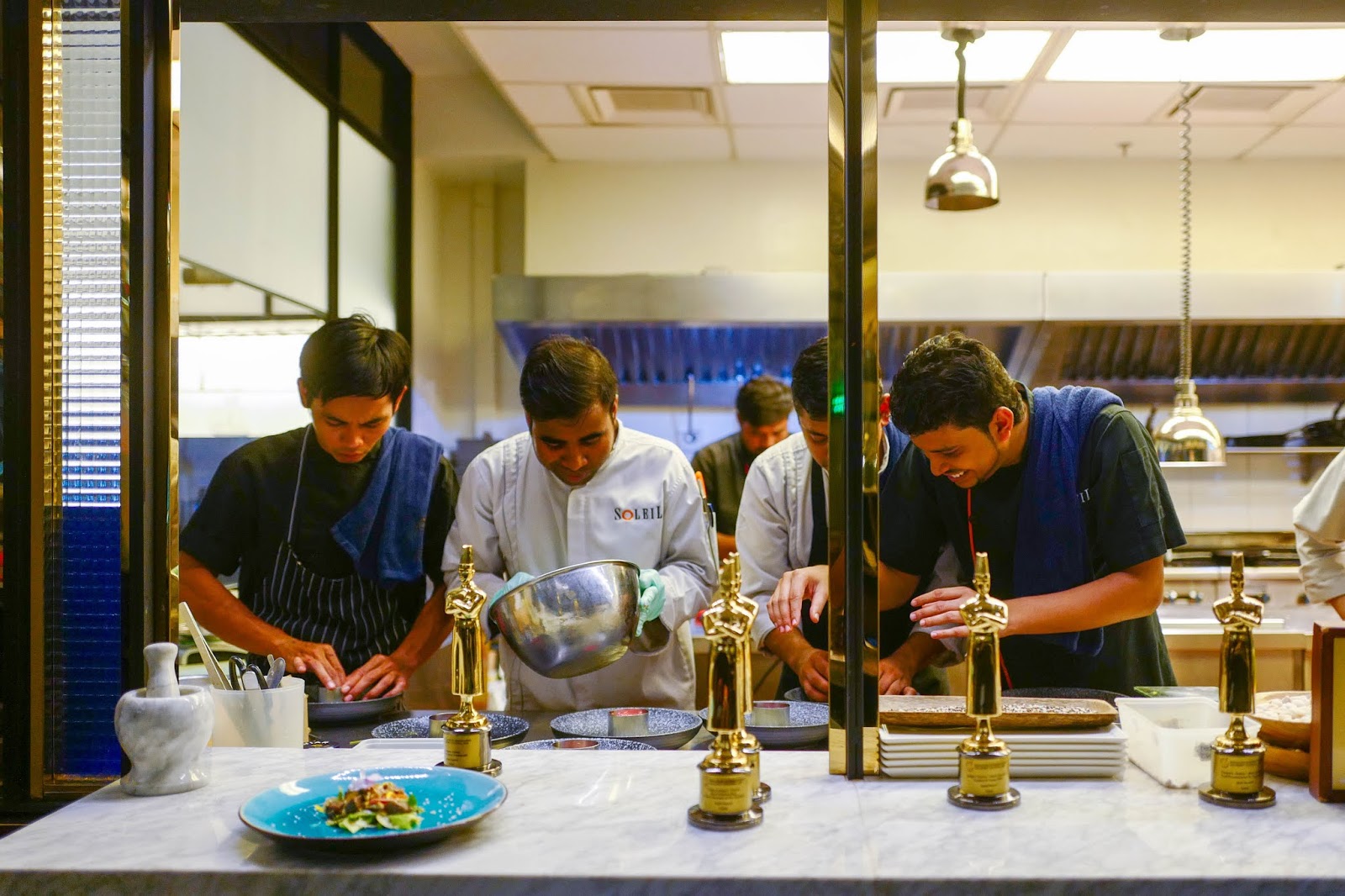 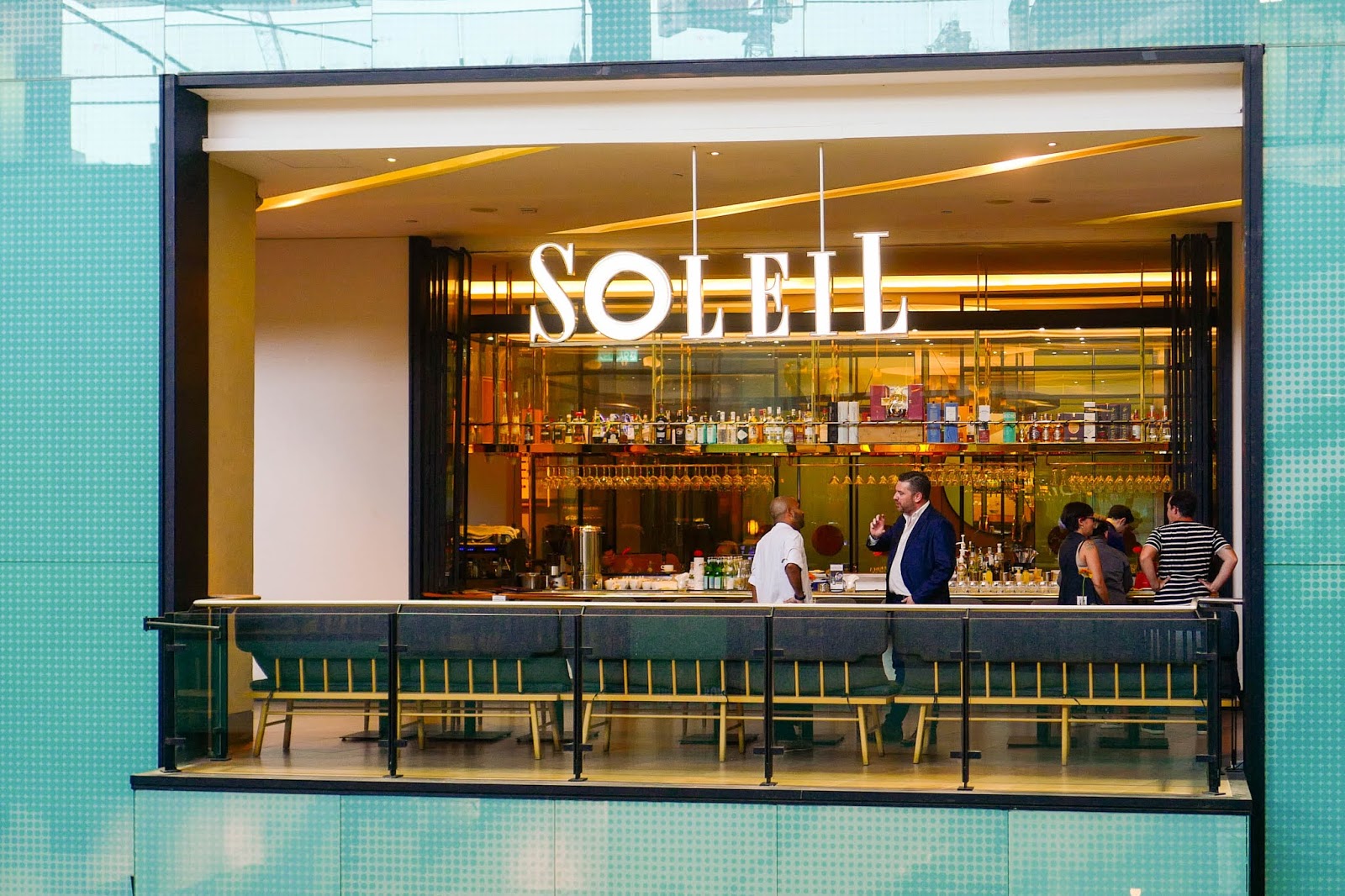 Scenes from Soleil in February. Other images courtesy of Soleil.

Soleil is one of nearly 250 restaurants and retailers on our online store for vouchers and subscriptions. Shop at eatdrinkkl.com/store

This is the 13th part in our series on how people in Malaysian restaurants, cafes and bars are confronting their current challenges.