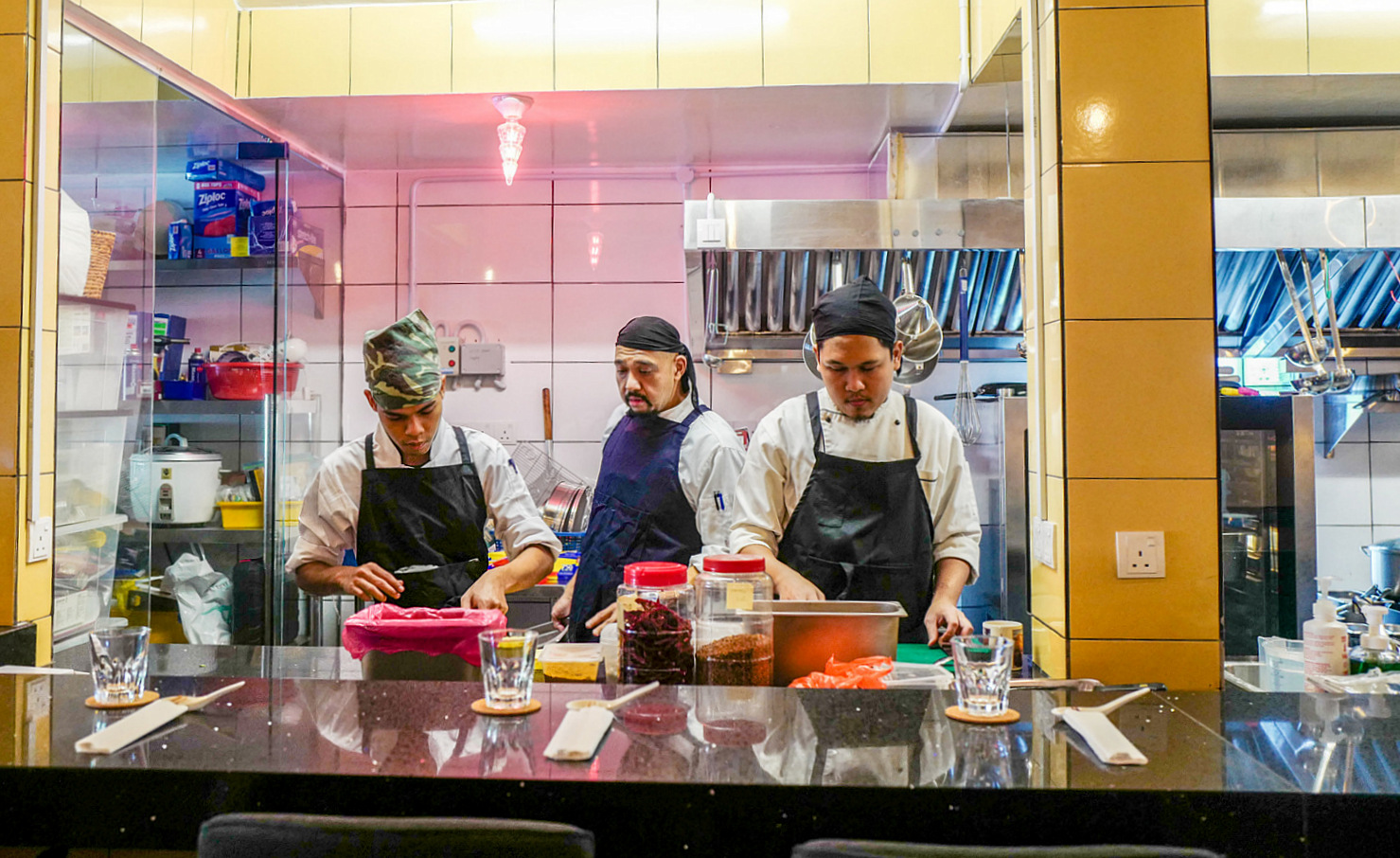 A low-key location that might play Puccini for patrons by day, then Celia Cruz and Doris Day by night, calling attention only with a slender signboard outside a shop-house's top floor.

A founder whose personal trek to becoming a chef can be traced from prowling the secretive corridors of Malaysia's central bank to teaching English in the wide-open mountain schools of northern Thailand.

Zoe Bangsar is the definition of an independent restaurant, with idiosyncrasies that might be an acquired taste (durian massaman? fermented black garlic tagliatelle?). But independence can come at a biting cost, making profitability improbable at times like these and survival tougher than ever in a trade where franchises loom as the fittest. 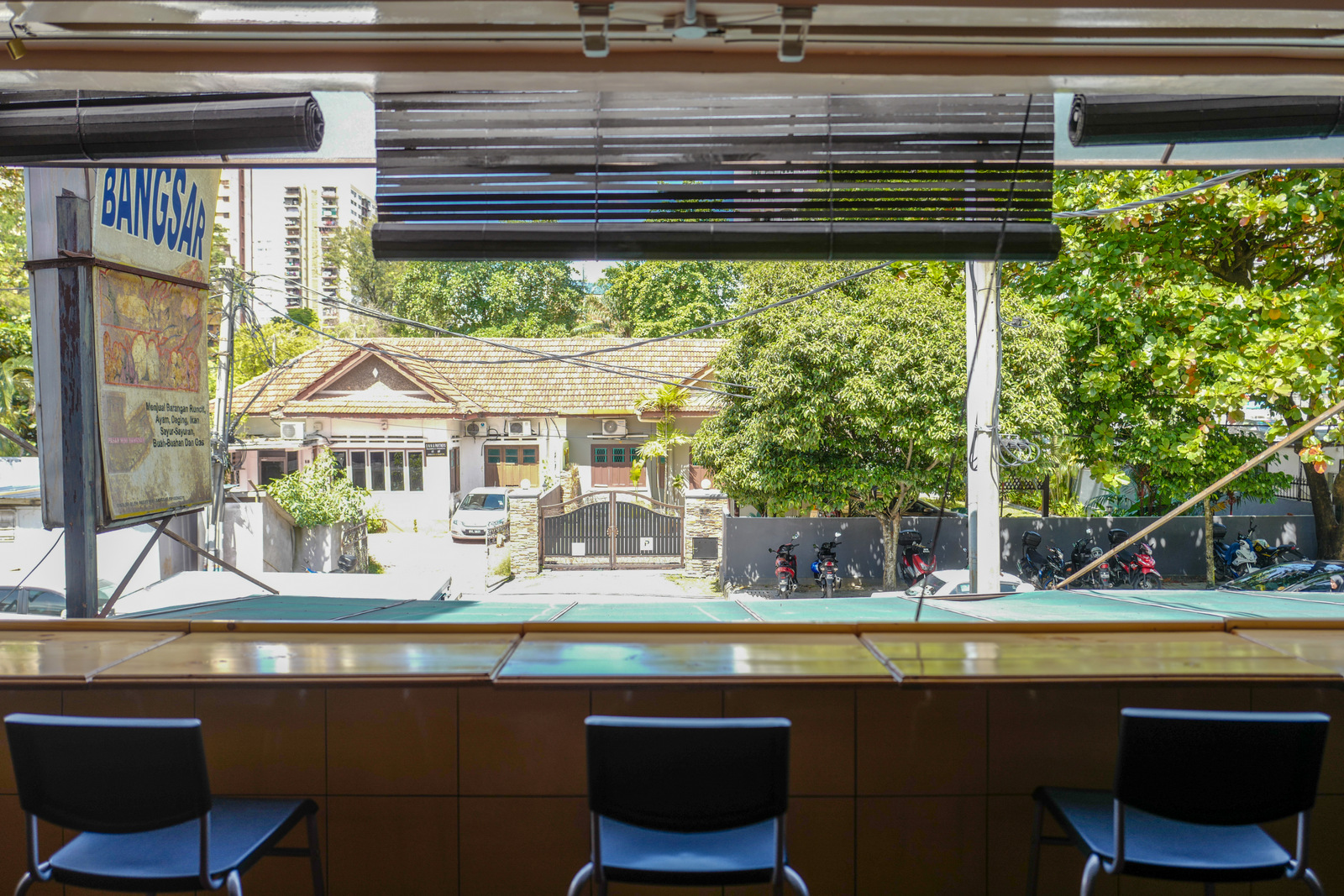 In the 16 months since Zoe Rai launched his eponymous venue, the first-time restaurateur has earned a steady drumbeat of appreciation for his soul-heartening fare, which draws from half a century of eating and travelling, learning and working.

Turning 50 soon, Zoe has nurtured a space that feels genuine, not glitzy, defying the modern rules of restaurants that strive to be social media sweethearts with beguiling interiors and camera-ready food.

"When people come here, it’s not what they expect," Zoe said in a phone interview. "They can’t tell until they come up to the first floor, but it’s very cosy. They feel like they’re in someone’s house. It's got a very homely feel."

The menu is a treat for everyone who craves an eclectic, world-embracing perspective. There's nowhere else to savour gulai ikan Terengganu, Lebanese toum and Uyghur lamb pasta in one place - albeit with cohesive, comforting flavours throughout the cooking. "There’s so much interesting food out there that I thought, why isn’t this on a menu in a restaurant in KL?"

It's an admirable approach for a down-to-earth spot that's content to feed a few dozen people each night, that isn't bent on conquering the culinary world as an empire of fine-dining establishments or hip burger parlours. But it may not work when a stockpile of cash is what eateries need the most now.

When official restrictions revved up, Zoe's business slowed, then swerved toward deliveries like other businesses. But once Ramadan began, it screeched almost to a halt, with no guarantee of a dramatic rebound when restaurants reopen May 4.

"Now, if I’m lucky, there'll be orders for two or three dishes a day," Zoe says. "Earlier in the MCO, I'd get group orders when people ordered for the office, 20 to 30 dishes for one office. It wasn’t all the time, but it was nice to have once in awhile.

“The only restaurants that will survive are the ones with very good cash flow management, that are still able to pay their fixed costs - wages, rental, electricity.

"The first category includes restaurants with enough buffers and reserves, even without income. The second comprises restaurants providing food that's in demand now - fast food, basic mamak, kampung food, not too expensive and easily transportable. It's OK if it just goes into a container and gets to you."

While Zoe's food is best enjoyed minutes out of the kitchen, it travels fine. In February and early March, we ordered deliveries four times to Sri Petaling, sampling the entire selection. Pasta was packed separately from thick, textured crab meat sauce - no reheating needed. Sweet-sour, tamarind-tinged beef curry also remained warm enough to eat immediately, with steamed, shallot-studded rice on the side. 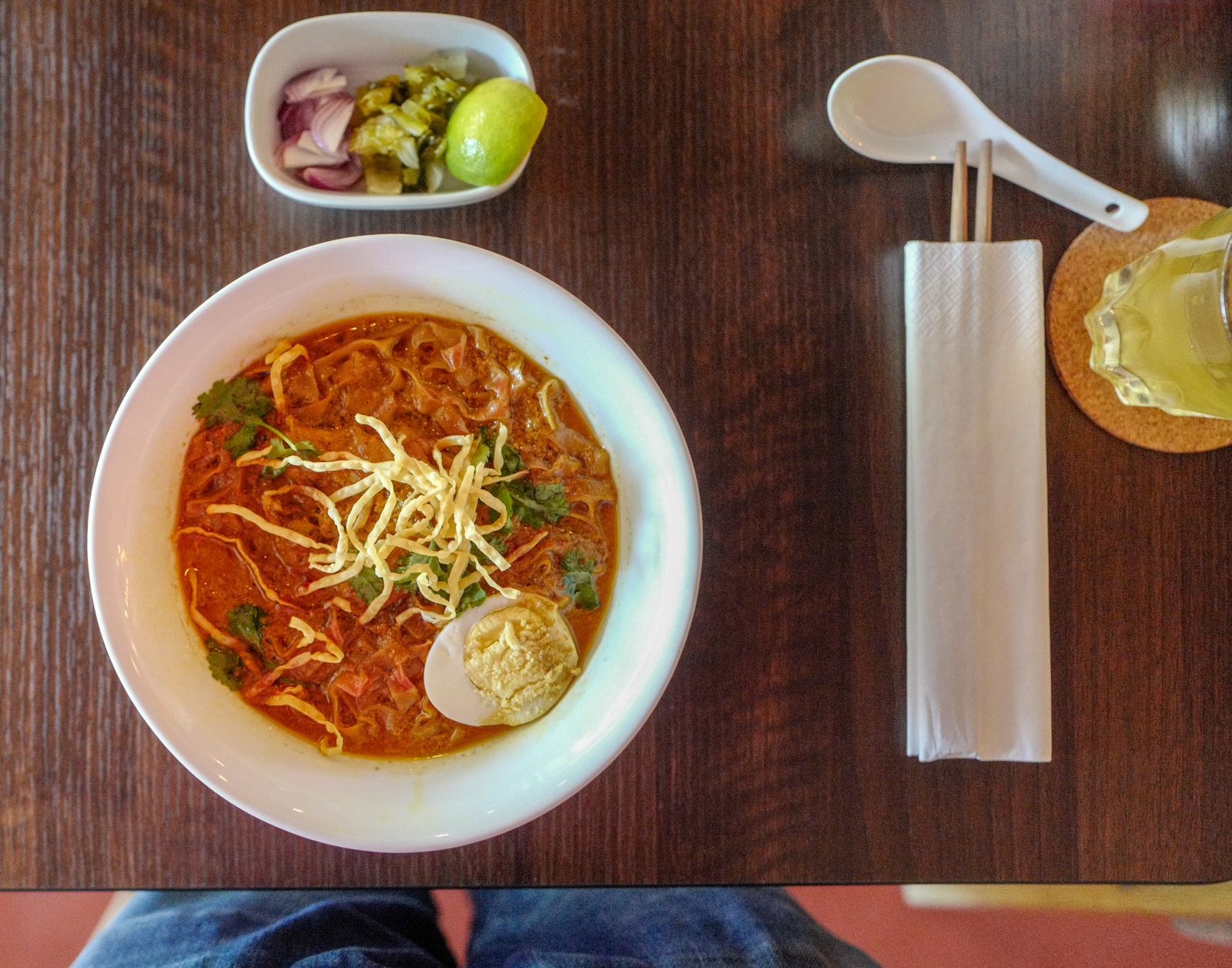 Zoe fears the public trauma of recent weeks could have a chilling effect for many months.

"If you want an eating experience, you can just tapau food, go home and eat, or eat fast and leave. You might not be comfortable, but you don’t care - you just want to eat. That’s the eating experience.

"People who come out want a dining experience. They want to sit down for one or two hours, enjoy the music, the atmosphere.

"At the end of the day, we want the group of people who come in and are happy to dine in. You don’t need 50 people in a restaurant if you have enough customers willing to spend."

Like many restaurateurs, Zoe currently misses the humanity the most. “The sound of laughter and conversation, the sound of people having a nice time - I work in an open kitchen, so I can hear people out in the restaurant. Now it's quiet. I have my music on, but you just hear the staff, the cooking, the air-conditioning or the fan." 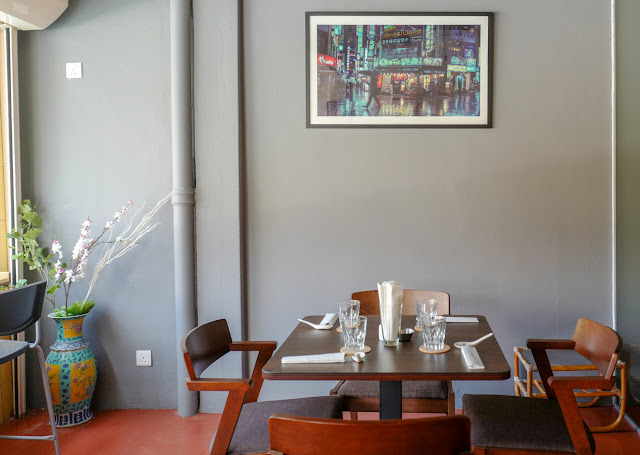 If the worst is over and consumer confidence recovers, Zoe Bangsar will hang on to celebrate its second birthday next January. But that's a fragile hope in an unpredictable year.

Should the deep malaise persist, “I think the maximum for us is another one-and-a-half months," Zoe says. "After that, it's a totally different thing - we close or the restaurant becomes a one-man show. Right now, it's unsustainable, it's a complete loss - it's just a question of how long I can sustain the loss. I'll go as long as I can, that’s my philosophy.

“But if there’s no profit, there’s no way to cover expenses. I’m still paying rent, salaries, electricity, but right now, it makes no difference if I just closed.

"I’ve decided my six full-time staff will still get paid, no matter what. They come to work, except one who has to look after his baby because the daycare centres are closed. I pay him his salary, because it’s not his fault. You have to be compassionate.” 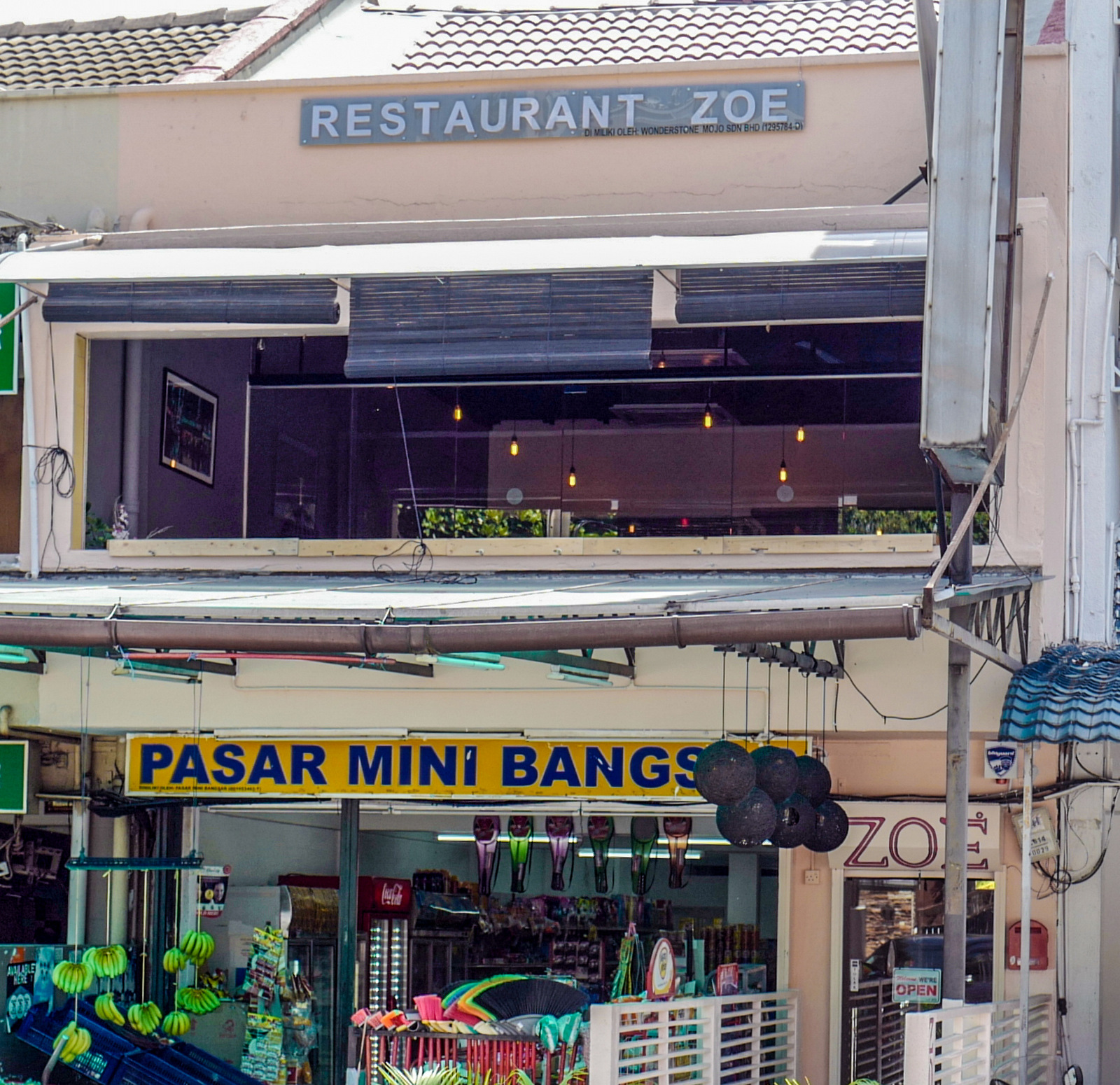 Zoe Bangsar is one of nearly 120 restaurants participating in Eat Drink KL's Faith For The Future. Purchase a cash voucher at eatdrinkkl.com/faith and enjoy a 10 percent discount off your bill when you redeem the voucher within four months. The restaurant will receive your payment within three working days. Click here to read about Faith For The Future.

Reporting by EDKL writer Aiman Azri. Interview excerpts were edited for brevity. Images were photographed in 2019.

This is the seventh part in our series on how people working in Malaysia's restaurants, cafes and bars are confronting their current challenges.