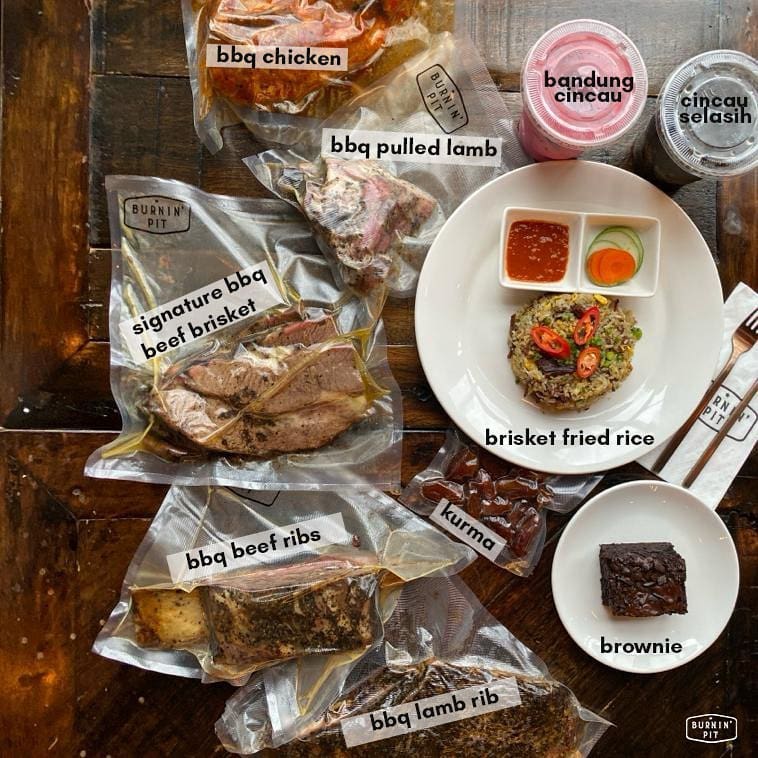 The magnetism of barbecued meat is primal, the thrill of tearing through thick, tender cuts, then sinking your teeth into warm, freshly smoky succulence. For Burnin' Pit, that was an easy experience to offer when patrons visited the restaurant, with a custom-built smoker that spawned Sri Hartamas' sultriest beef, chicken and lamb.

But as food deliveries become the bulwark of every restaurant's business, Burnin' Pit is tackling the tough existential questions for venues that thrive on feeding people in person. 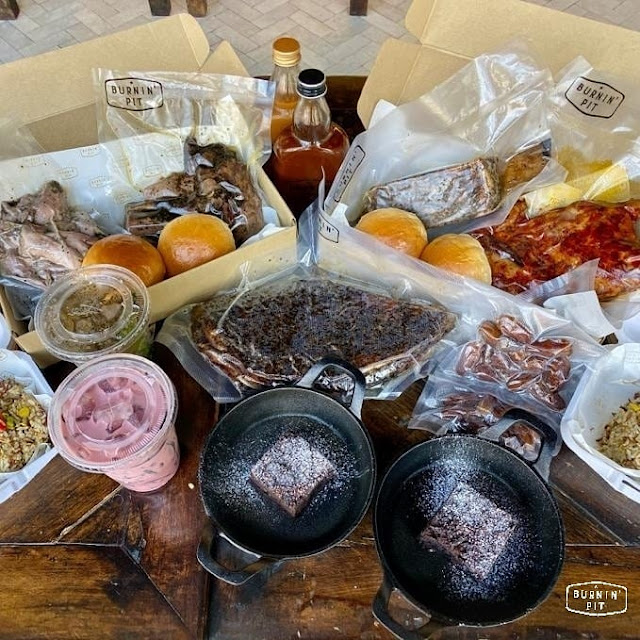 Customers who order deliveries from Burnin' Pit now receive their food in vacuum-sealed transparent pouches. But the restaurant - which specialises in Southern U.S. low-and-slow barbecuing - began relying on the sous vide-style bags in its kitchen even before the current health carnage.

"Vacuum packs had always been in our long-term plan, because we wanted to sell whole briskets," says Kam Kok Fung, Burnin' Pit's co-founder and pitmaster. "When you take away in these packs, it’s more hygienic, it protects the meat from everything. So we already had a vacuum packing machine from the beginning, to store leftovers or ingredients like pastes that we need to reuse in the kitchen."

The merits of vacuum packaging cover both convenience and cleanliness.

"If you live in Kedah, we can vacuum pack our meat here in KL and send it straight to you. It's suitable for people who want to take it abroad too.

“It also keeps the meat away from bacteria. Once it’s locked in there, it’s airtight." 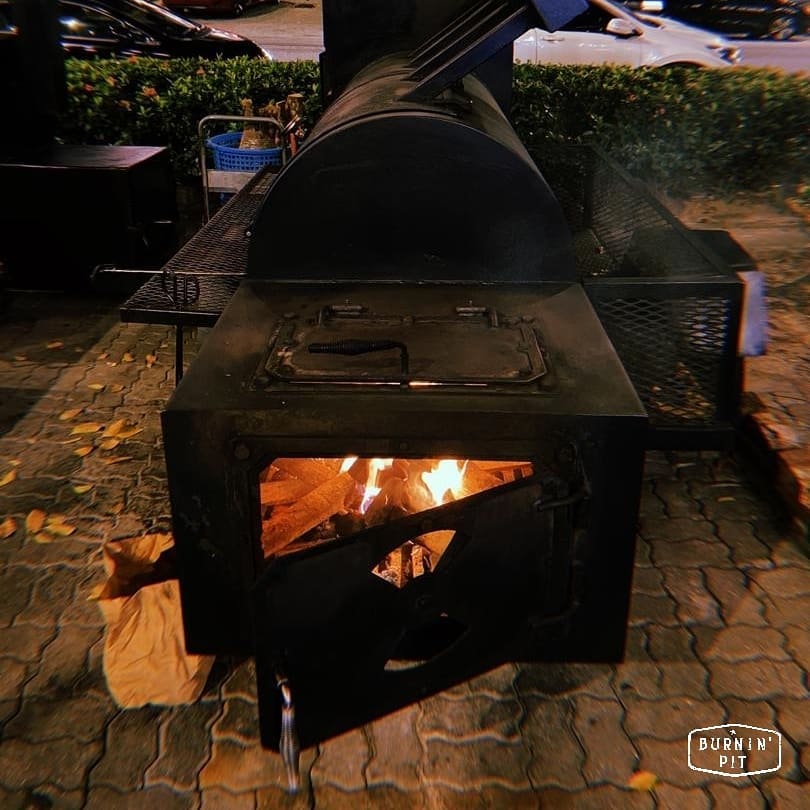 Burnin' Pit starts preparing its Texan-lovin' meats at 9 p.m., smoking 'em overnight with wood from local fruits such as durian, mango and rambutan to infuse sweetness. After 12 hours of cooking heat, the meat is kept warm throughout the day, sliced only when there's an order.

But increasingly, instead of being dished out on hearty platters for dine-ins, it's sealed in BPA-free plastic packaging for immediate delivery, keeping its full-bodied flavours intact.

"When you receive the meat at home, just chuck it in a pot of boiling water, keeping it inside the bag" for about 10 minutes to reheat it to its optimum temperature and juiciness, Kok Fung says.

Before March, the restaurant prepared about 50 kilograms of meat everyday, spiking up to 400 kilograms on occasions with large events. Now, the restaurant's daily requirements are impossible to predict, though deliveries have helped beef up orders.

“We don’t know the volume needed - the inconsistency in demand is driving me nuts," Kok Fung says. When the Movement Control Order kicked in, Burnin' Pit rang in about RM300 worth of sales per day, but this has risen to more than RM3,000 daily, with up to RM7,000 on stronger days, selling out the restaurant's current estimates for how much food to prepare. 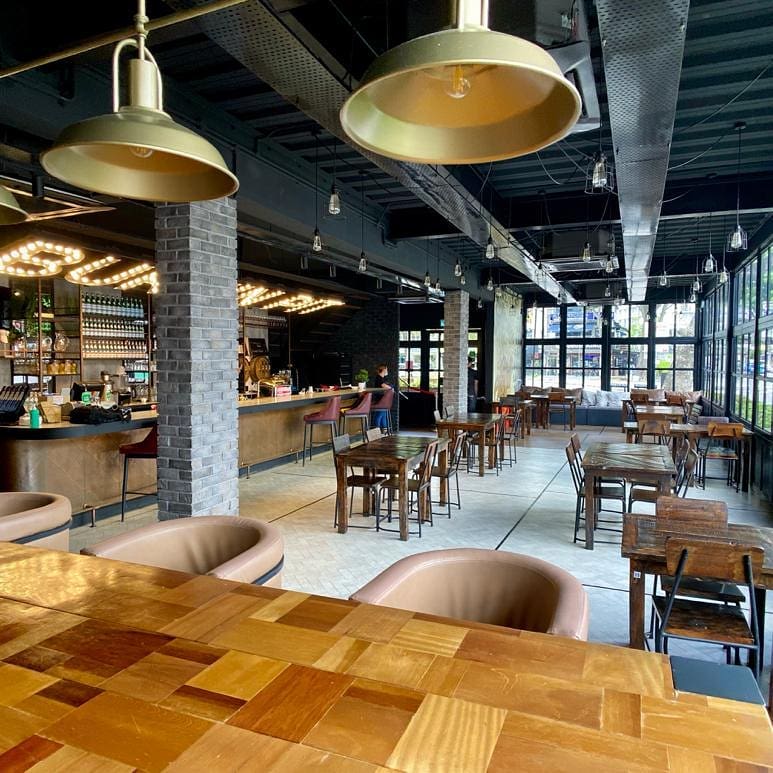 That's still a far cry from the restaurant's heydays, with a fully packed two levels that fit 280 customers. Even after authorities allowed dine-ins this past week, the restaurant registered only four occupied tables on a recent day. Tables are now set at least two metres apart, reducing capacity by two-thirds to about 90.

Burnin' Pit has been forced to slash staff and postpone plans to broaden its brand.

“We used to have 35 employees, including the office staff," Kok Fung says. "Now, we have 12 working, including me. We've reduced salaries - most of us understand the situation, so some are on minimum wage while some choose unpaid leave."

The restaurant has scuttled ambitions this year for a fast-casual offshoot of mall kiosks - called Burnin' Pit Garage - serving on-the-go meat and sandwiches.

“We had plans to branch out on a smaller scale," Kok Fung says. "We'd use our kitchen as a central kitchen to send meat out to the kiosks, where it would be sliced or made into sandwiches. Shoppers could then enjoy Texas barbecue sandwiches with a Malaysian twist for a relatively cheap price." 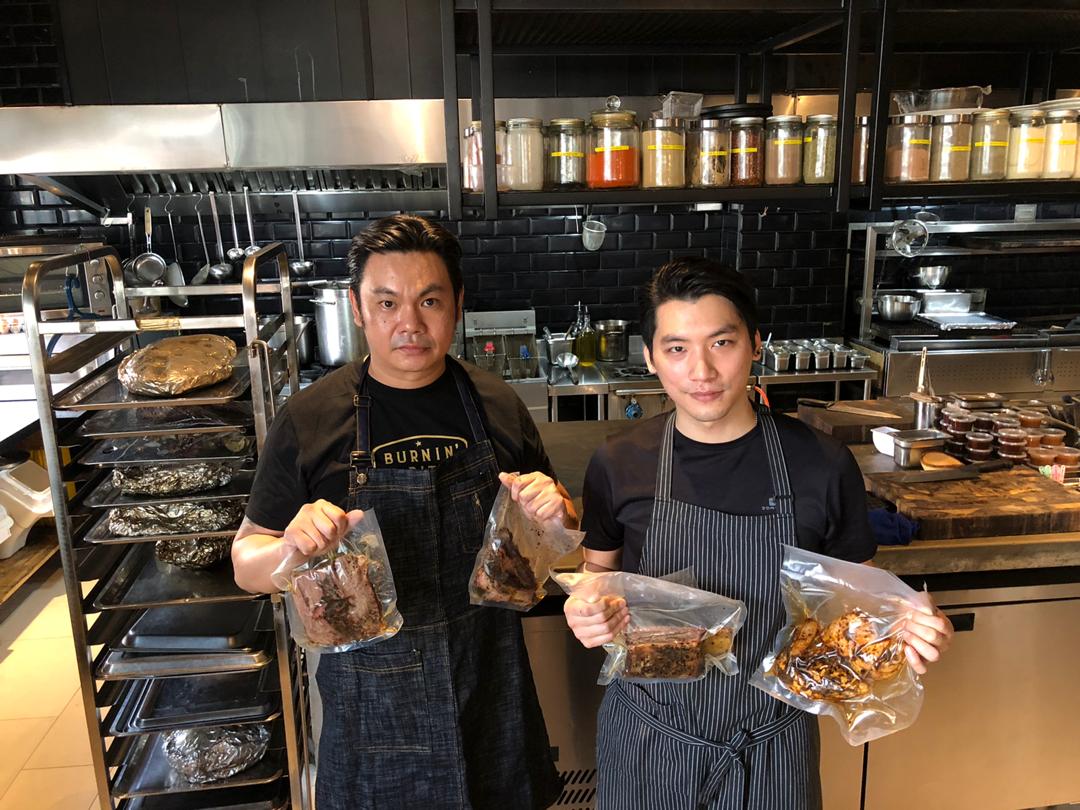 Still, Burnin' Pit isn't letting its embers die out. Kok Fung and his team are busy reinventing themselves and their repertoire.

“My new executive chef and I are working on a brand-new menu for dine-in guests," Kok Fung says. "We're going to do aged beef. Maybe we'll also experiment a bit on local beef. The menu is going to be more rustic - a lot of wood-fire cooking. Even the sides can be rustic - white corn, blue corn, sweet potato mash."

While everything's bigger in Texas, from beef ribs to pulled lamb, Burnin' Pit is also developing lighter fare with smaller dishes for one or two diners.

“We have tons of new stuff planned for the menu! We’re not sure which ones to confirm. This week, we’ll start our food tasting!” 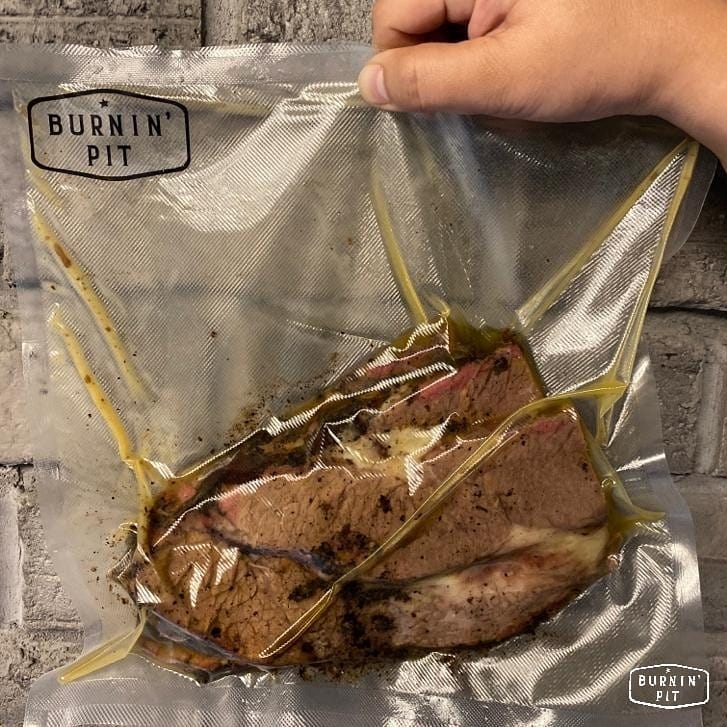 Burnin' Pit is one of nearly 120 restaurants participating in Eat Drink KL's Faith For The Future. Purchase a cash voucher at eatdrinkkl.com/faith and enjoy a 10 percent discount off your bill when you redeem the voucher within four months. The restaurant will receive your payment within three working days. Click here to read about Faith For The Future.

This is the 10th part in our series on how Malaysians in restaurants, cafes and bars are confronting their current challenges.