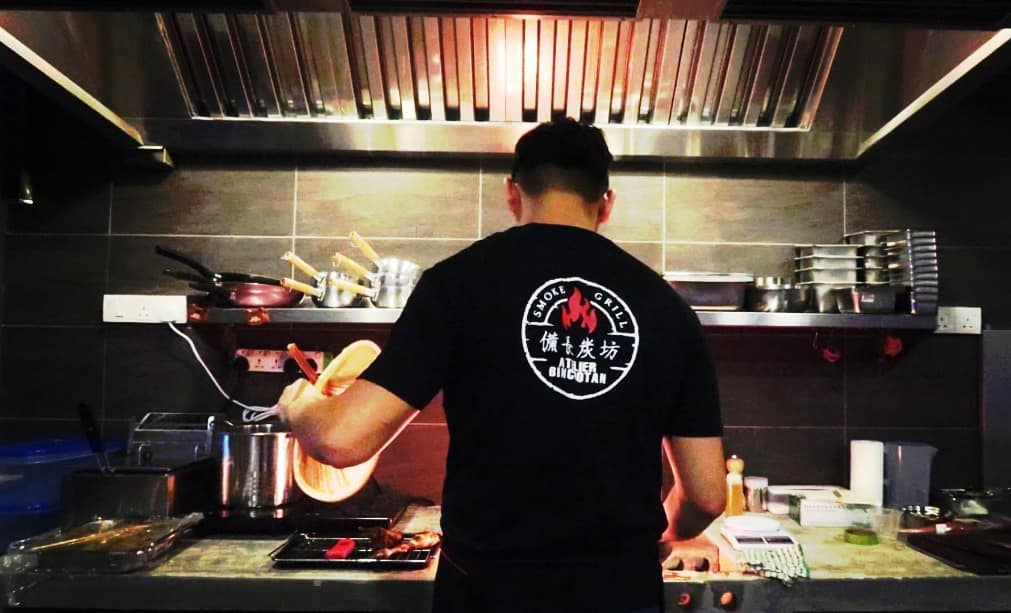 Ten years of experience, three months of planning, one week of operations: For chef Lau Ka Hong and his wife Celine Chee, opening their first restaurant on March 9 was a milestone to celebrate. But after merely nine days, Atelier Binchotan - which showcases communal seating - was forced to close when the Movement Control Order kicked in, a big setback for a newborn eatery with high hopes. 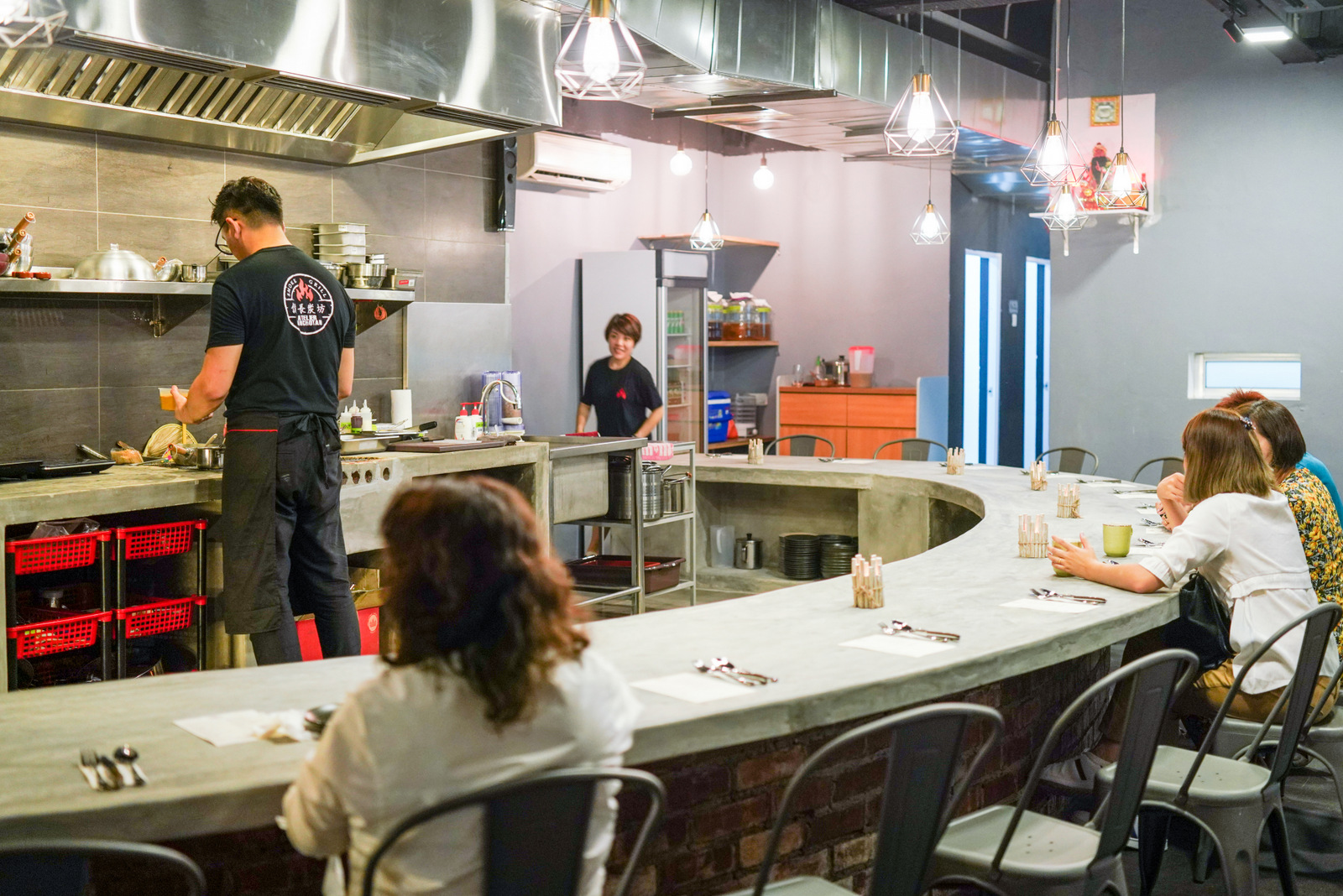 Atelier Binchotan in Taman Desa thrives on interaction with patrons. Everyone is seated across a semicircular counter with a full view of the open kitchen and its binchotan-fuelled barbecue.

Ka Hong cooks, while Celine takes care of customers. It's a distinctive experience in KL, especially since Ka Hong and Celine currently employ no other crew members.

The food takes inspiration from French techniques, with hints of Japanese philosophies - Ka Hong and Celine worked in Singapore for years, their resume including RWS' Joel Robuchon Restaurant, Waku Ghin and Restaurant André.

However, Ka Hong says Atelier Binchotan owes a direct debt to the fire-powered influence of Burnt Ends in Singapore and Firedoor in Surry Hills, Australia. 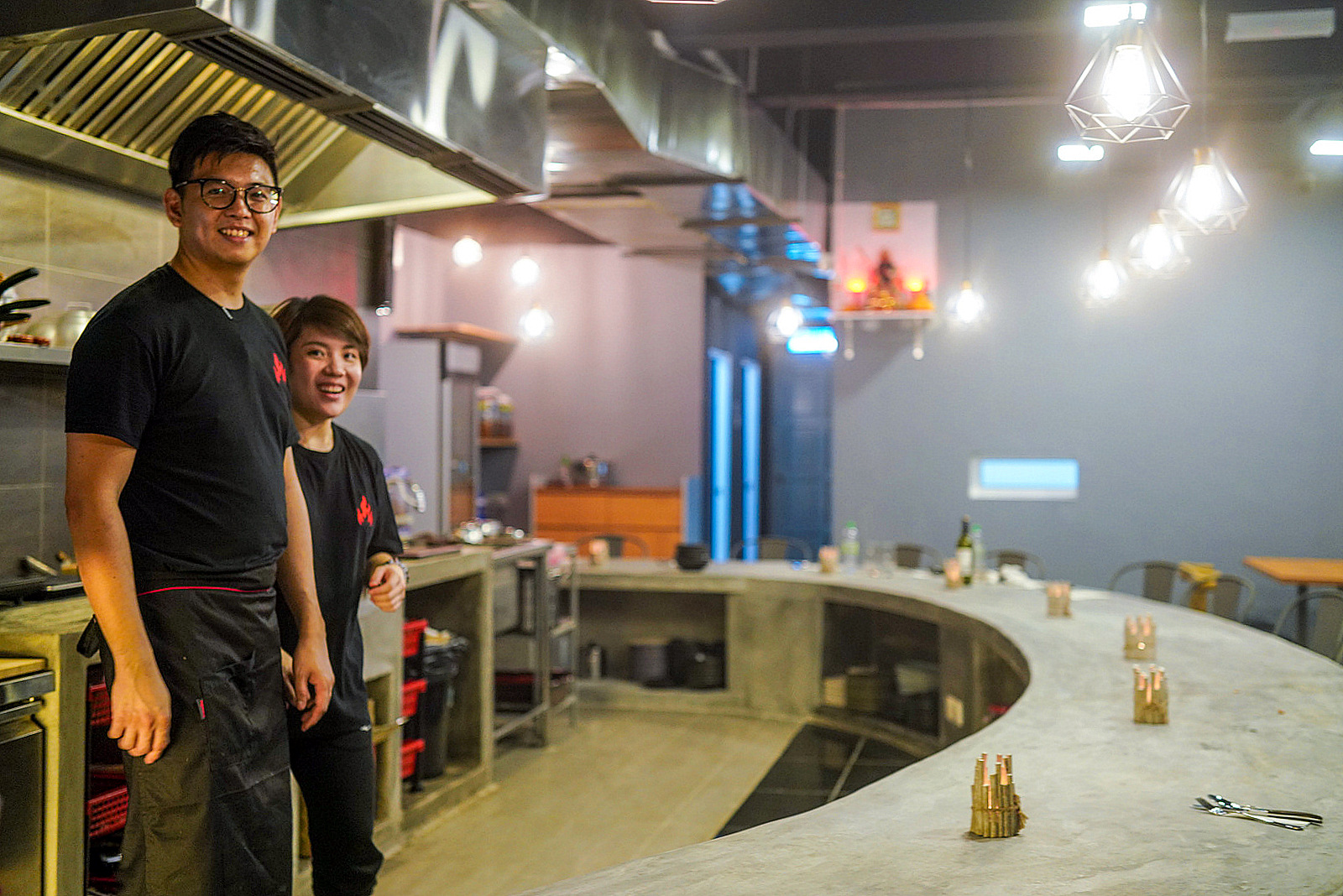 The intimacy of communal seating seemed like a boon when Ka Hong and Celine were planning Atelier Binchotan. But suddenly, being in close quarters with strangers is a nightmare scenario for many restaurant guests.

"When we opened, we were surprised to have many customers and returning guests," Ka Hong says. Atelier Binchotan had three sessions per day - one for lunch and two for dinner, with up to 20 people each time. They mostly enjoyed a full house on their first weekend, with many advance bookings.

The initial response to their fare - Sabah clams, kampung chicken, grilled pumpkin and more - was reassuring. "Our menu is short; 12 dishes and two desserts. I'm cooking alone, so I wouldn't want the menu to be too long." 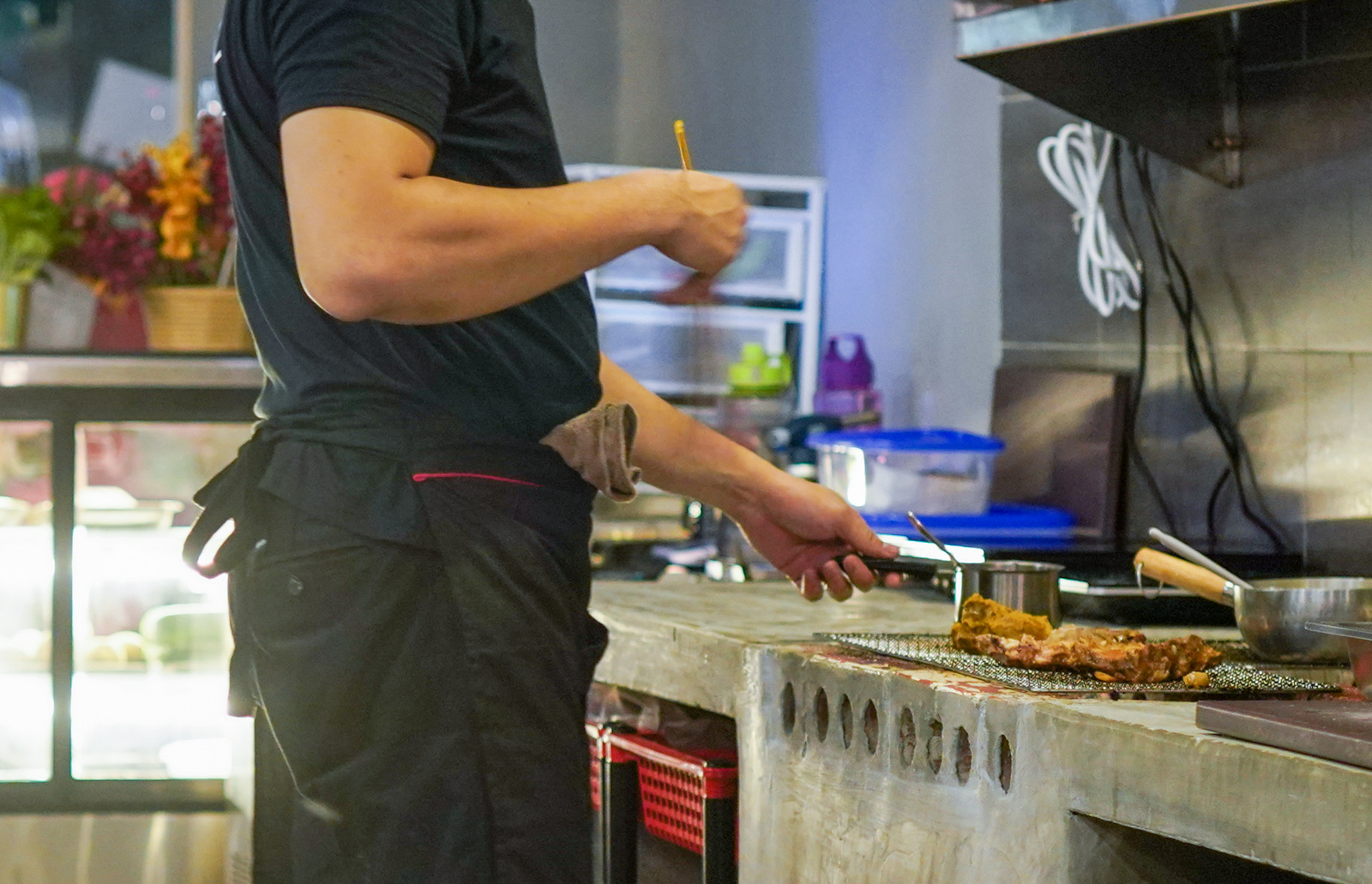 The spartan start kept costs low and remains a blessing. "The restaurant cost us RM10,000 for everything - not much compared to high-end eateries. We didn't really decorate the restaurant; just a lot of cement, some bricks and a counter table.

"We're lucky because we have no workers - it's just me and my wife. But right now, we have no restaurant revenue, so hopefully the authorities will be able to end the MCO soon," he says, noting that it costs RM400 per day to keep the restaurant running.

"At first, we wanted to offer takeaway services. But for our cuisine, I want customers to enjoy the food, straight from the charcoal cooking to the plate. Our concept is a live kitchen - if you take away, the food will be cold when you reach home, the meat won't be juicy. So we decided to close for now - it's sad and painful, since we had to cancel bookings."

How Atelier Binchotan will operate post-MCO remains unclear. "We could space out the seating, but that would cut our capacity by half. So maybe our maximum would be 10 customers - like private dining, for everyone's safety." 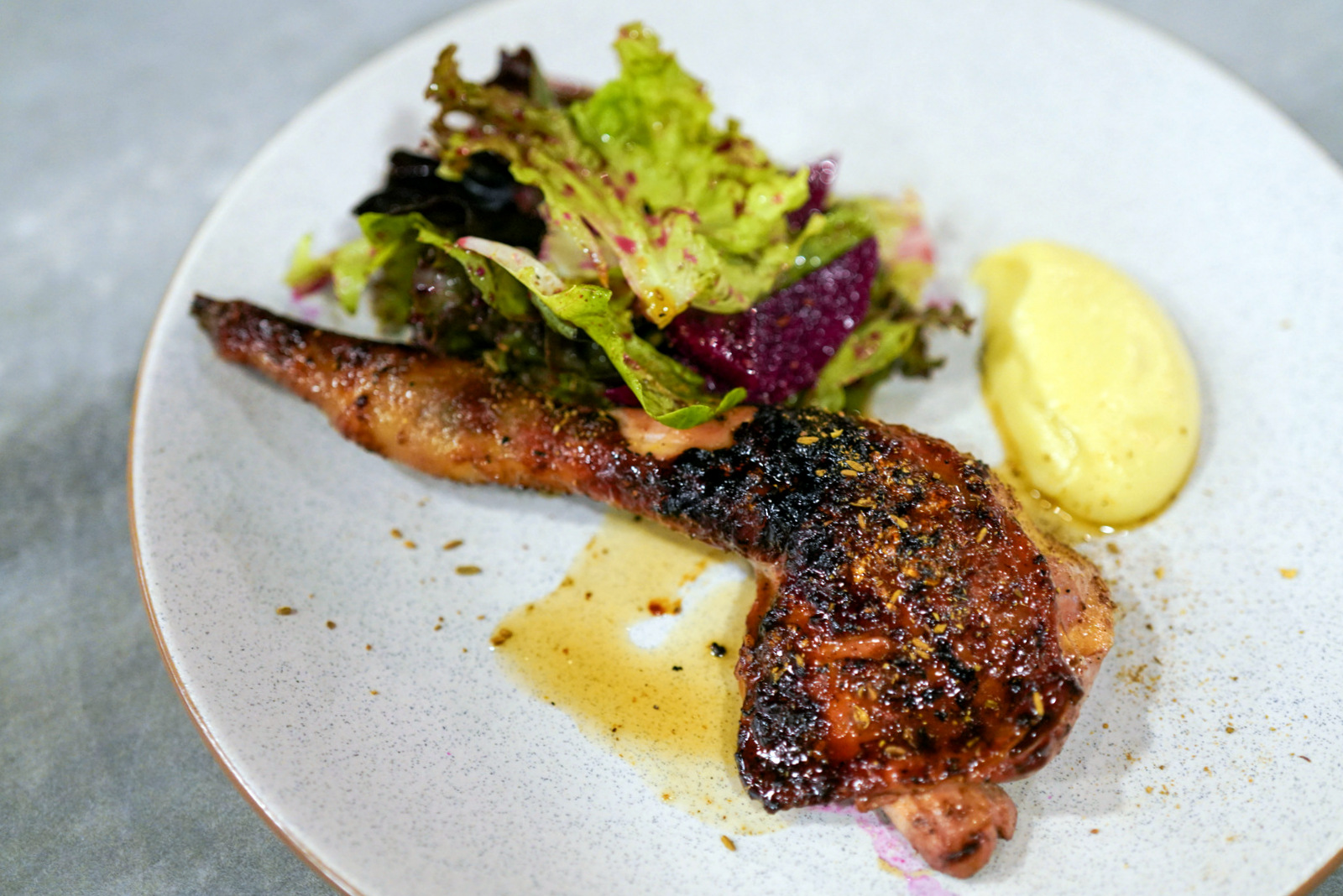 Ka Hong now spends his time cooking for neighbours at his OUG apartment complex. "My wife said, let's do cheaper home-cooking deliveries, since everybody doesn't want to spend a lot of money now.

"I only do two kinds of food - rendang chicken and braised pork rice. That's just my favourite food." He cooks at 4 p.m. and delivers an hour later to neighbours, mainly other couples and small families.

He and Celine miss chatting with customers at Atelier Binchotan. "We could meet different people everyday, people with different backgrounds and different taste buds. Everyone has their own comments on our food, which makes it very interesting. You get to know about their lives while cooking for them. I enjoy it, since it's like making new friends." 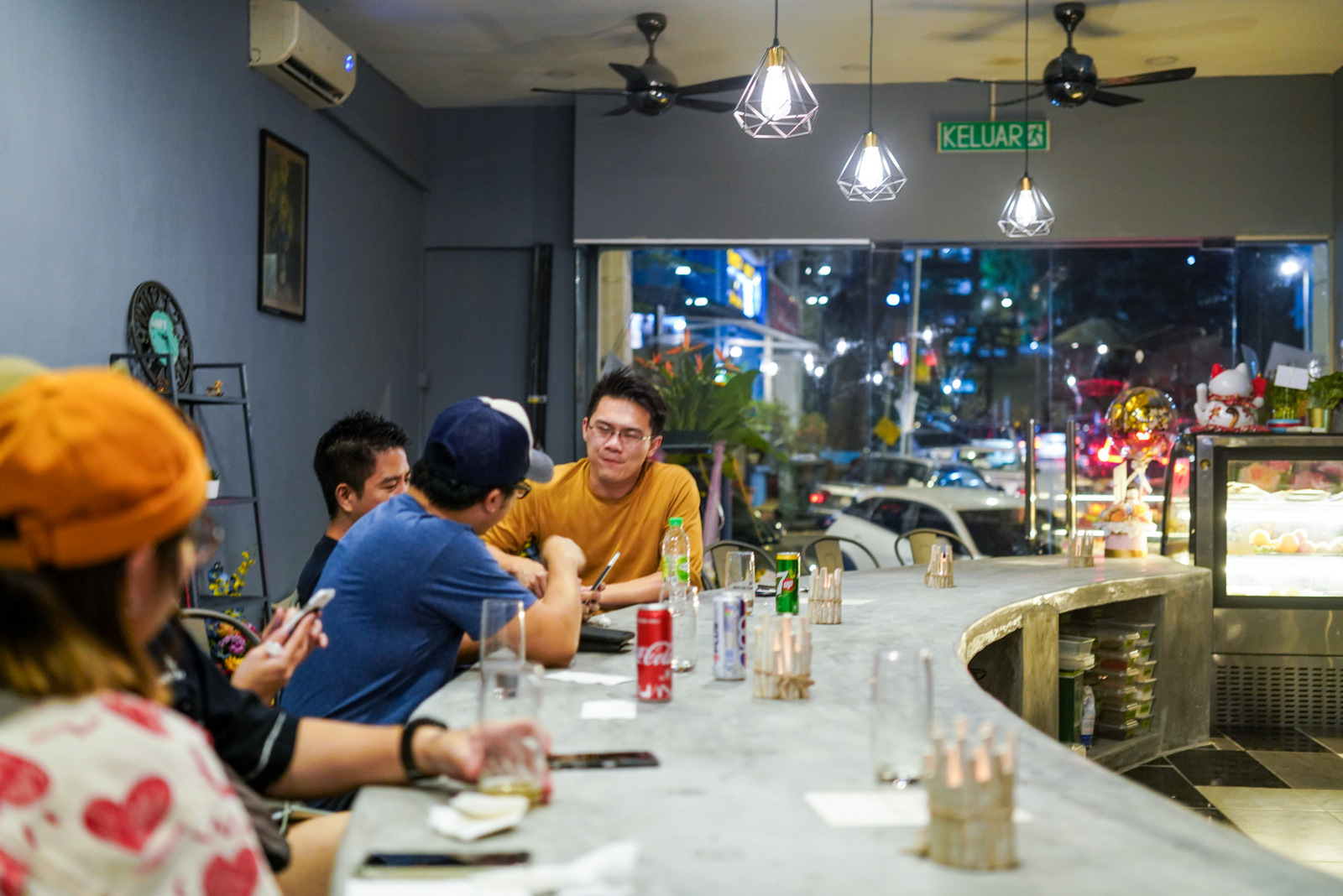 Ka Hong and Celine continue to keep tabs on what's happening in the gastronomic world as they plan the comeback of Atelier Binchotan.

"This has had a very, very big effect on the F&B industry, including in Singapore, where my friends say restaurants are firing a lot of staff and closing venues. Hopefully Malaysia won't have to do that," Ka Hong says.

"We've been serving classic French, but moving forward, the menu will be more modern or molecular. It will change monthly, depending on what's available and what dishes are popular.

"My hope is to be part of an industry that puts Malaysia on the world culinary map. We were very happy when Dewakan in Malaysia was named one of Asia's 50 Best Restaurants in 2019. We want to see five or six restaurants among Asia's 50 Best, or at least one restaurant on the global map." 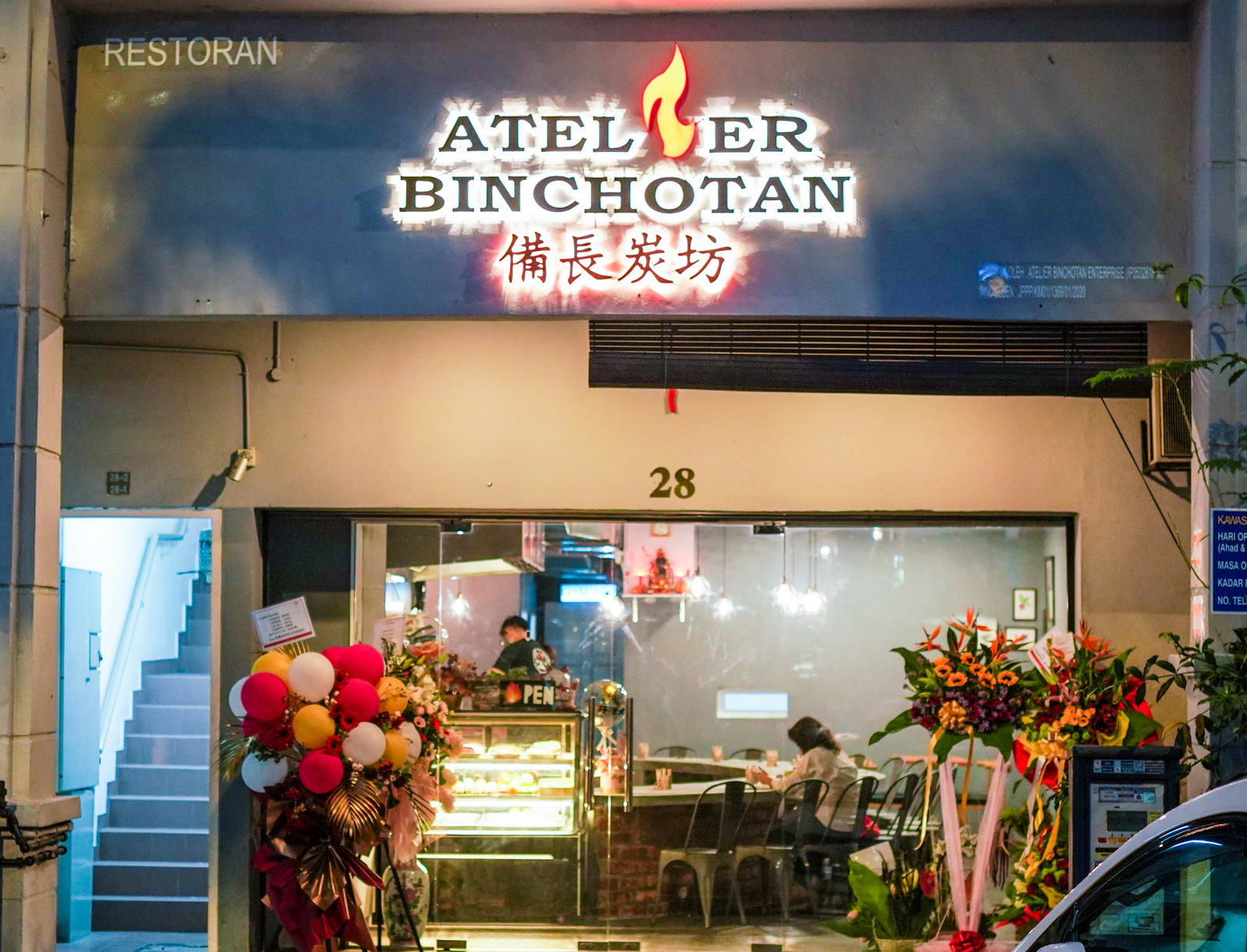 Atelier Binchotan is one of over 100 restaurants participating in Eat Drink KL's Faith For The Future. Purchase a cash voucher at eatdrinkkl.com/faith and enjoy a 10 percent discount off your bill when you redeem the voucher within four months. The restaurant will receive your payment within three working days. Click here to read about Faith For The Future.

Reporting by EDKL writer Aiman Azri. This is the third part in our series on how Malaysians who work in restaurants, cafes and bars are confronting their current challenges.