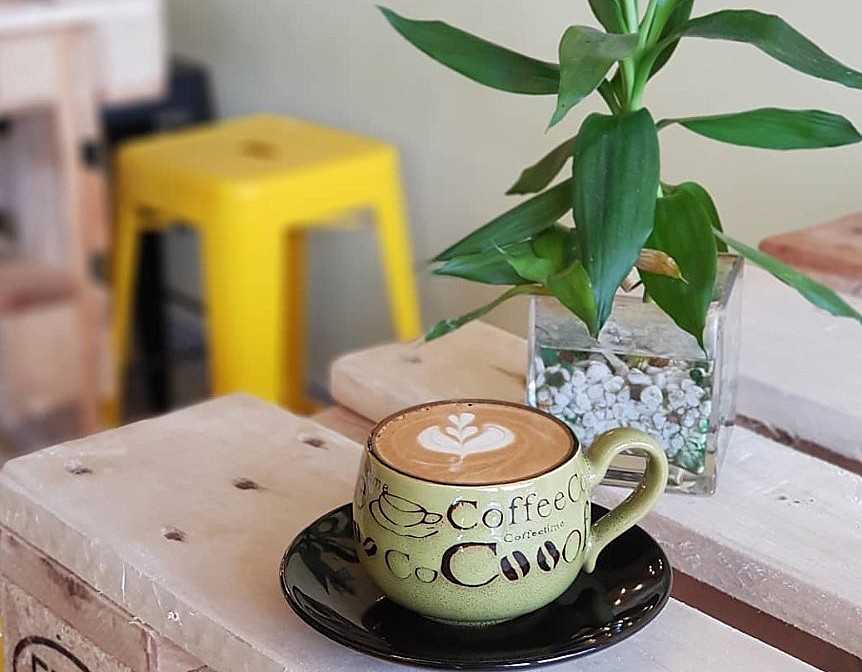 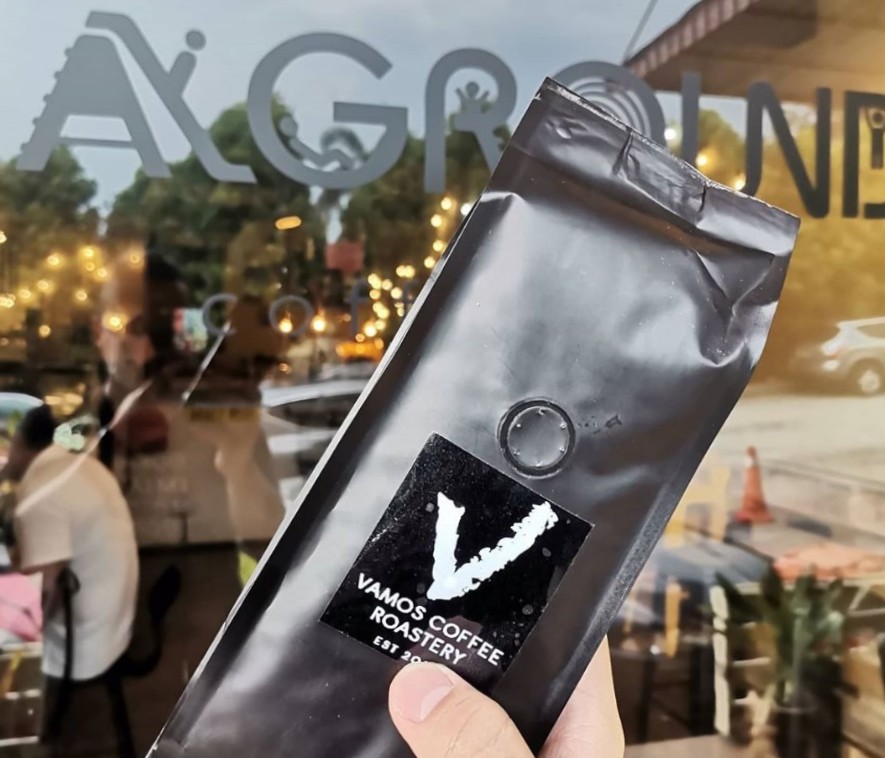 Five years after founding Playground Coffeery in Taman Melawati, Rick Tan had settled into a comfortable rhythm of running a caffeine-loving cafe, serving up at least 40 cups of coffee everyday and savouring conversations about beans and blends with his customers.

But venues that thrive on speciality coffee - the stuff of premium espressos and flat whites, pour overs and cold brews, trotting out terms like single-origins and filter methods - have been as hard-hit as any other by the health and economic contagion.

As many patrons continue to shun a leisurely afternoon at their neighbourhood cafe for their caffeine fix, owners like Rick believe there's still a viable future for coffee bars, but changes in customer habits could force them to look beyond lattes to survive. 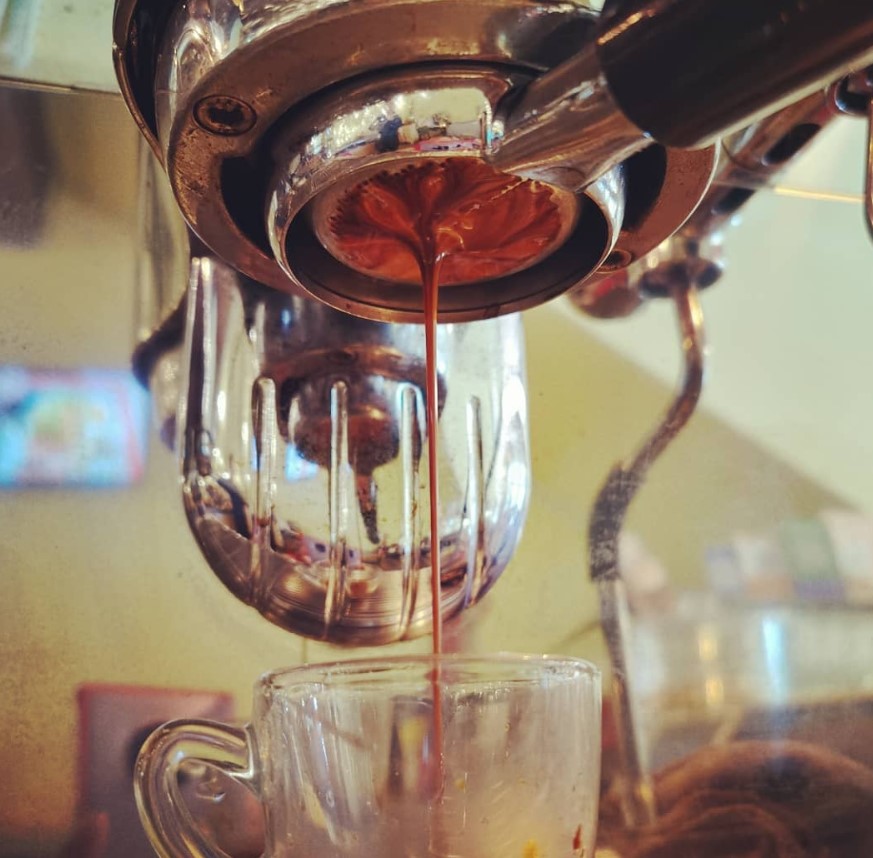 When only pick-ups and deliveries were permitted during the Movement Control Order, Playground Coffeery still saw demand for its coffee, averaging about 10 cups a day - but that was a far cry from its peak of 70 cups on bustling days.

The takeaway experience wasn't ideal for some customers, especially for brewed coffee, the types not prepared with an espresso machine but with paper filters, for example.

“Normally, coffee is a hot drink - once the temperature changes, the taste also changes," Rick says. "If we’re talking about filtered coffee, there’s a clear difference. It depends on the beans that we serve for the day, but every bean has its own character. Some will get more sourish. You can try one sip, and then one sip later, you’ll taste the difference.”

Once Playground Coffeery reopened for walk-ins, some regulars slowly returned, though the current daily sales of 20 cups of coffee is still only half of the previous average.

Still, the situation shows why cafes have a place in the community, providing patrons with a space to gather and share their thoughts. Customers chat with Rick not only about coffee but everything from their living conditions to wanting a haircut.

“For those who drink coffee, it's a daily need. Many of them really appreciate having good coffee. They started out drinking the kopitiam coffee, then they moved to the big chains. But then they realised Starbucks was charging too much, so they looked into us, the third-wave local cafes that offer a better cup of coffee and help educate our customers on coffee knowledge." 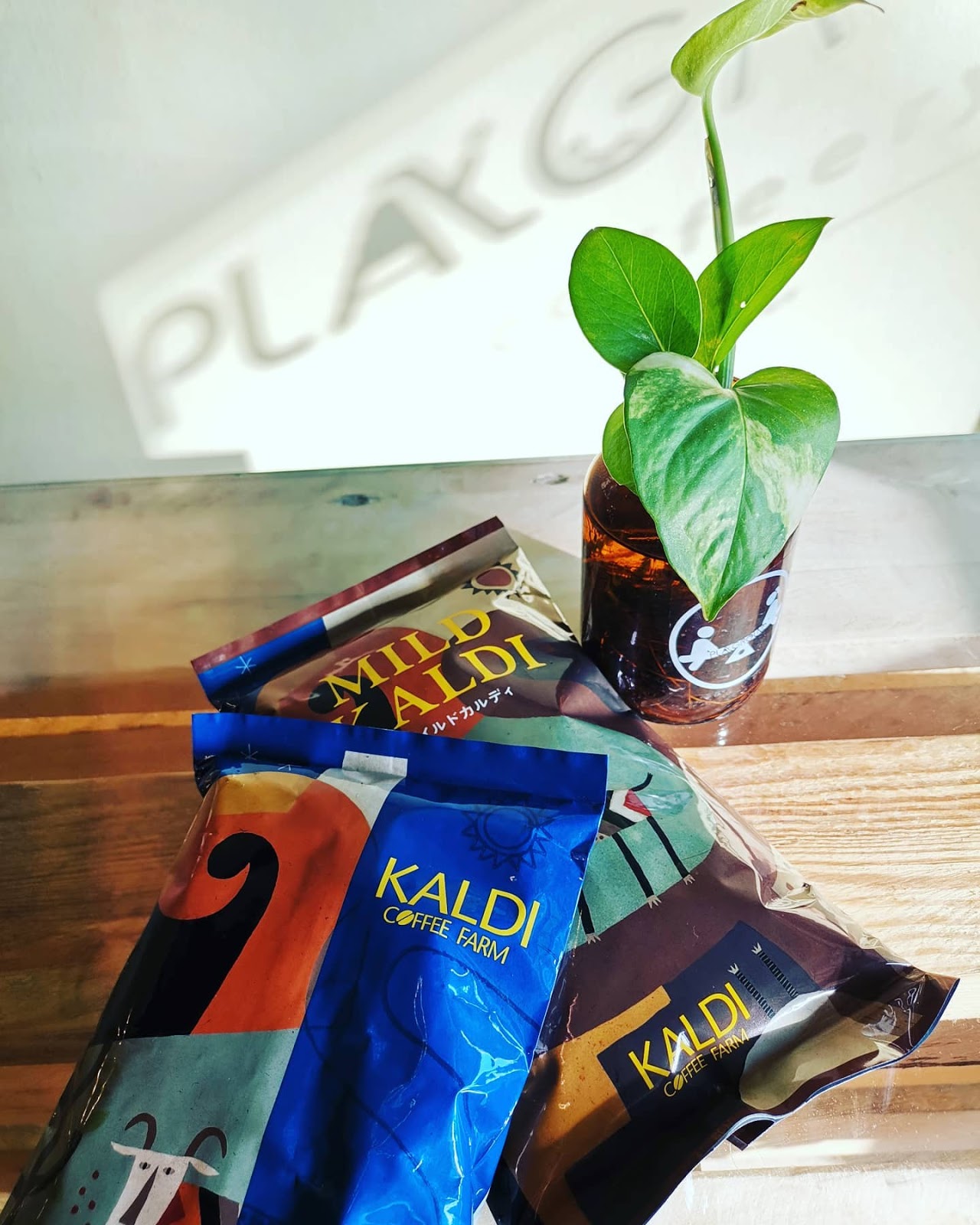 As public safety fears persist, customers are increasingly buying packs of coffee beans to brew themselves at their own homes, a shift that could accelerate. “I think there will be more people doing it because they get used to it. So instead of coming out for a cup of coffee, they’ll just stay home and come out once in awhile," Rick says.

Even before the current crisis, Playground Coffeery sold its house blend as a take-home option, but only one of 10 customers bought those bags. "You need equipment at home, like grinders and filters. We do offer coffee-grinding services though, so we can do that for customers," Rick says.

Playground Coffeery's house blend, centred on a Sumatra Mandheling, is sold in packs of 500 grams or 250 grams, equivalent to 28 and 14 cups of coffee respectively. But even those who purchase these packs prefer slurping coffee in the cafe as often as possible.

“They’ll buy a bag to bring home, but within a week, they’ll still drop by for a cup of coffee," Rick says. "You usually only drink black coffee at home. If you want a latte, you'll need to froth it."

Customers also like discussing how to make coffee at home. "They'll ask, how do you brew this particular flavour, how come it's less acidic or has a stronger flavour when you brew it? It’s mostly the ratio of coffee to water, and then it’s the temperature of the water. Then it’s the type of water; some homes have alkaline water that blends out the coffee's taste, because coffee has an acidic base." 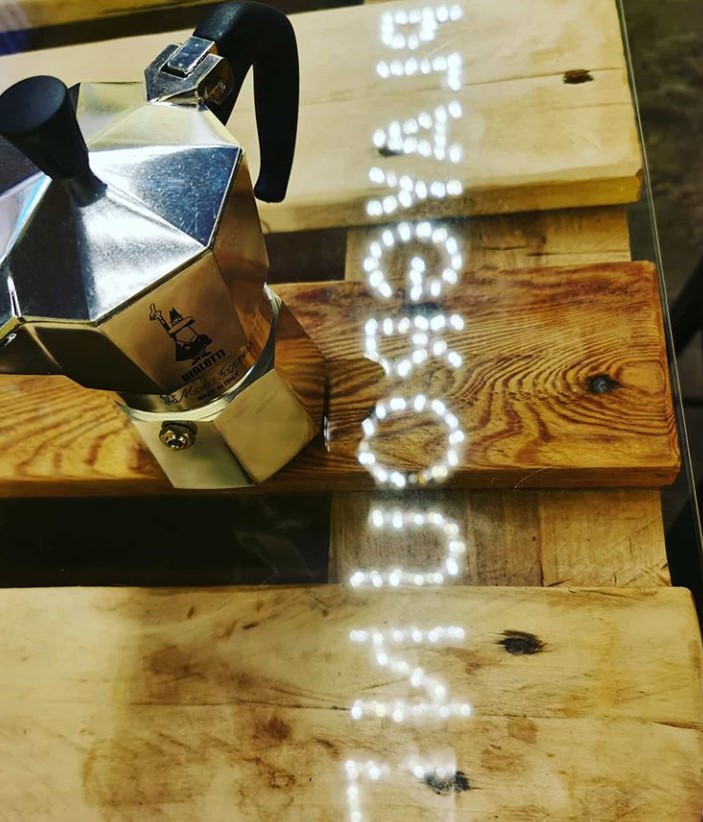 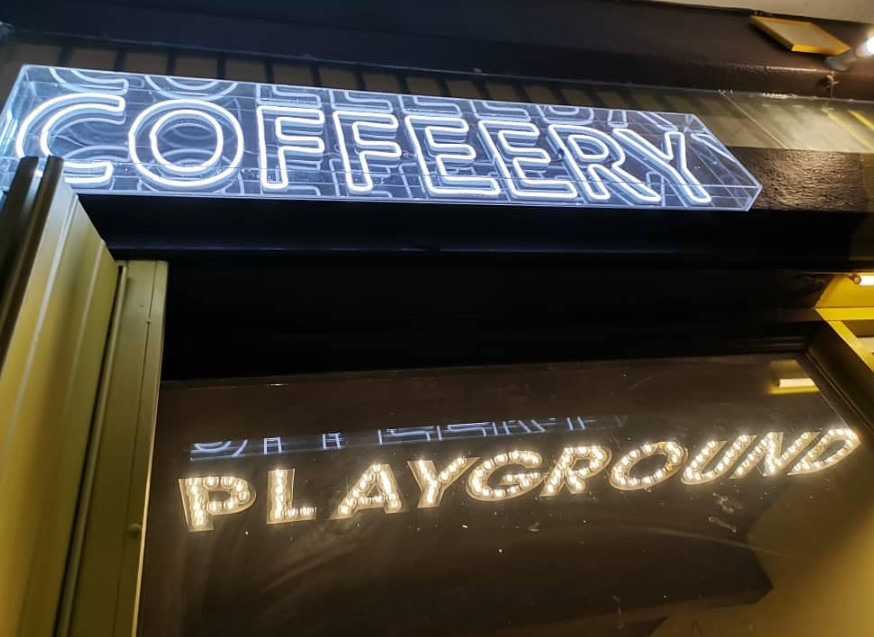 Coffee bars now have many concerns, including whether they'll need to diversify further.

If demand is stubbornly sluggish, "the only way forward is to expand the kitchen, to fully cater for food. At the end of the day, we might not be able to survive just on coffee," Rick says. Playground Coffeery does have a basic selection of food, from pasta aglio olio and carbonara to simple soups, salads, sausages and snacks, plus a few main courses like skillet chicken and sauteed salmon.

Thankfully, caffeine supplies remain stable, even for cafes like Playground Coffeery whose coffee bean reserves can last only one month.

“The bigger players normally have sufficient stock for three months at least," Rick notes. "I'd be worried if my supplier says it's all out of beans, if logistics are not moving, if shipments are not coming into the country. It's way out of our control, but if I run a coffee shop and I don't have coffee, what's the point of opening?"

Ultimately though, coffee bars won't completely vanish as long as they serve a human purpose.

“Customers might buy beans to brew coffee at home, but coffee knowledge is always evolving. There'll be new gadgets, new skills to learn. Customers can get the personalised knowledge they need through conversations with baristas. And as long as baristas are needed, cafes are needed too." 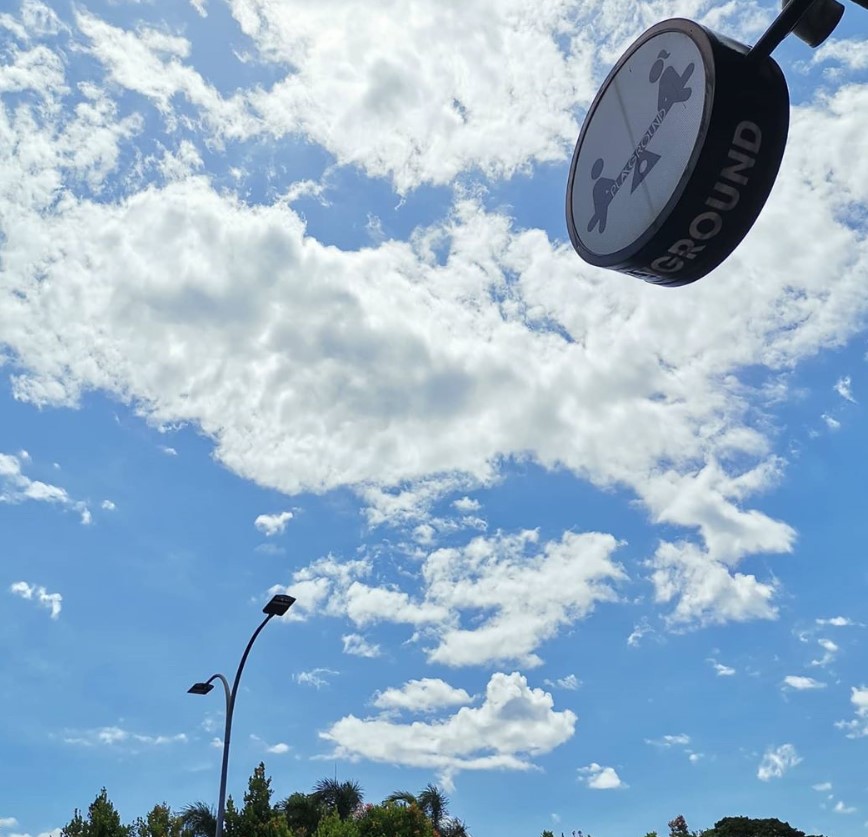 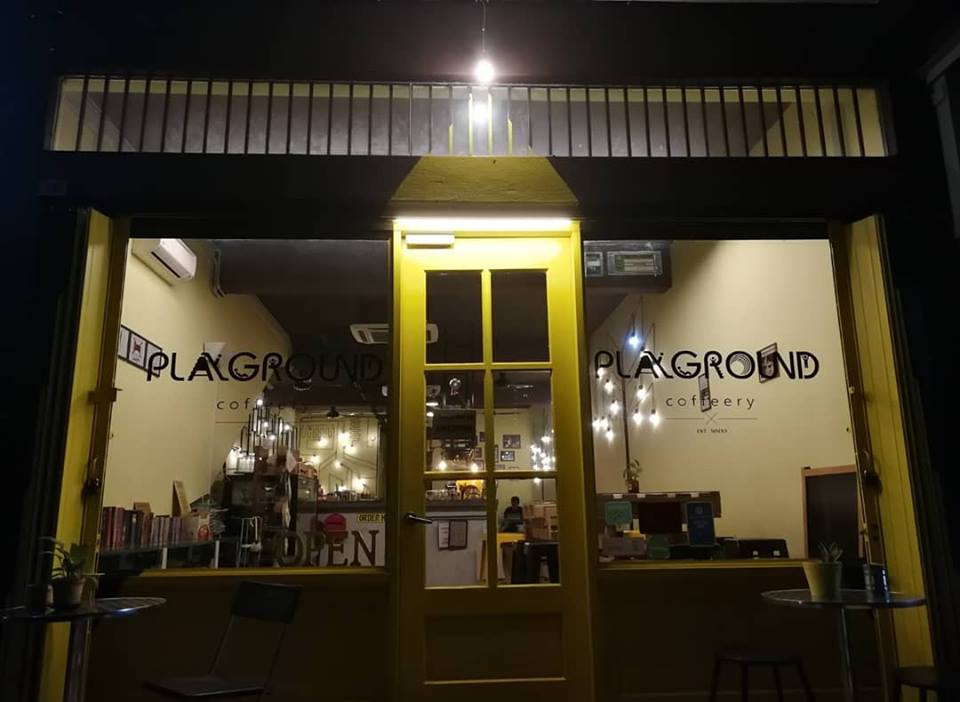 Playground Coffeery is one of nearly 250 restaurants and retailers on our online store for vouchers and subscriptions. Shop at eatdrinkkl.com/store

This is the 11th part in our series on how people working in Malaysia's restaurants, cafes and bars are confronting their current challenges.