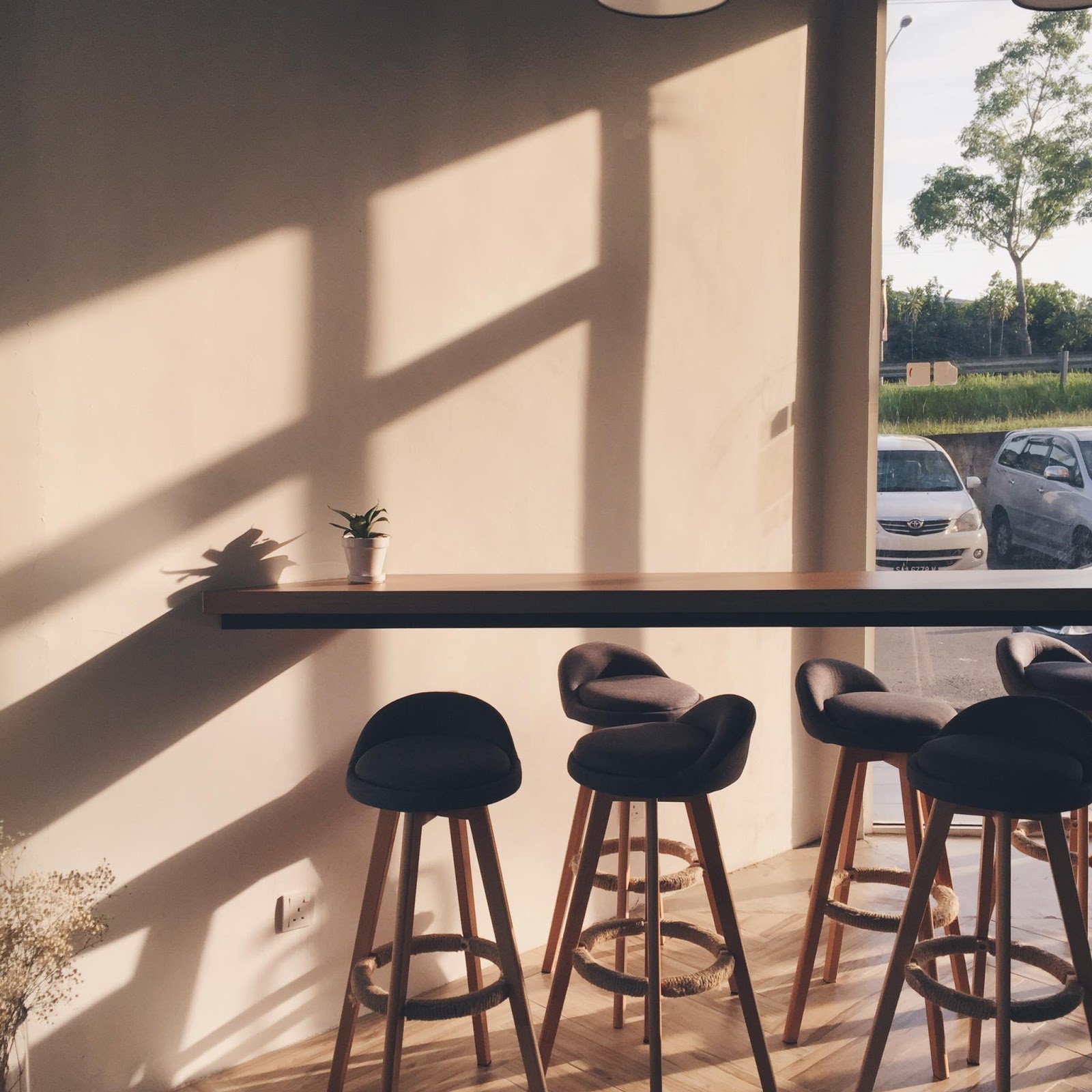 Restaurants might look vacant, but they're not running on empty: Behind half-open doors, cafe crews have their plates full, working to keep the faith and continue feeding customers. Sabah-born Eugene Chiu, founder of Chiu's: The Modern Local in Kota Kinabalu, walks us through a typical day that would have seemed extraordinary scarcely two months ago. 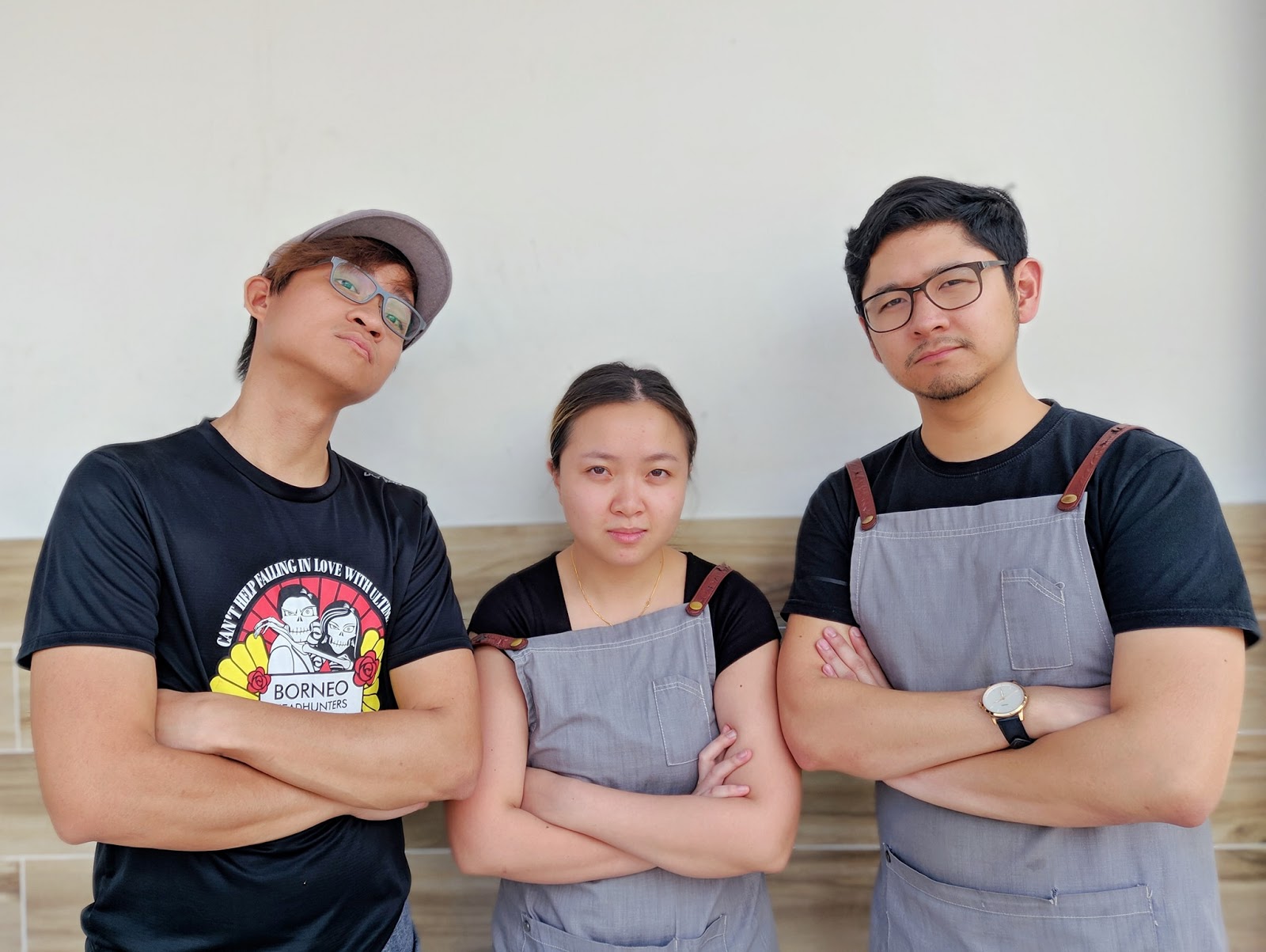 Eugene (far right, wearing watch) with his team, photographed in 2019


Eugene leaves home for his three-year-old restaurant, nearly an hour before usual, in line with Chiu's earlier business hours throughout the Movement Control Order. The 20-minute drive takes less time, thanks to deserted roads and desolate parking lots, so he's in by 9 a.m.
The first task of the morning: Key in the cafe's advance orders and plan out their pick-ups or deliveries. The team can skip some routines - tables won't need to be sorted out for seating, the shutters must no longer be rolled up for customers to come in. Eugene hasn't furloughed any of his six staff members, but he's stopped hiring part-timers for now.
While the crew starts to prepare and package the meals, setting up a table outside for takeaways, Eugene plots the route he'll drive to deliver orders, aiming to avoid roadblocks, so customers receive their food fresh and warm.
"Our whole business is usually sustained by a community of very loyal, regular customers. We're located not far from the Queen Elizabeth Hospital 1, so a big chunk of our customers comes from there, especially for lunch. Before the MCO, there'd be a mix of doctors, pharmacists, some coming in three times a week." 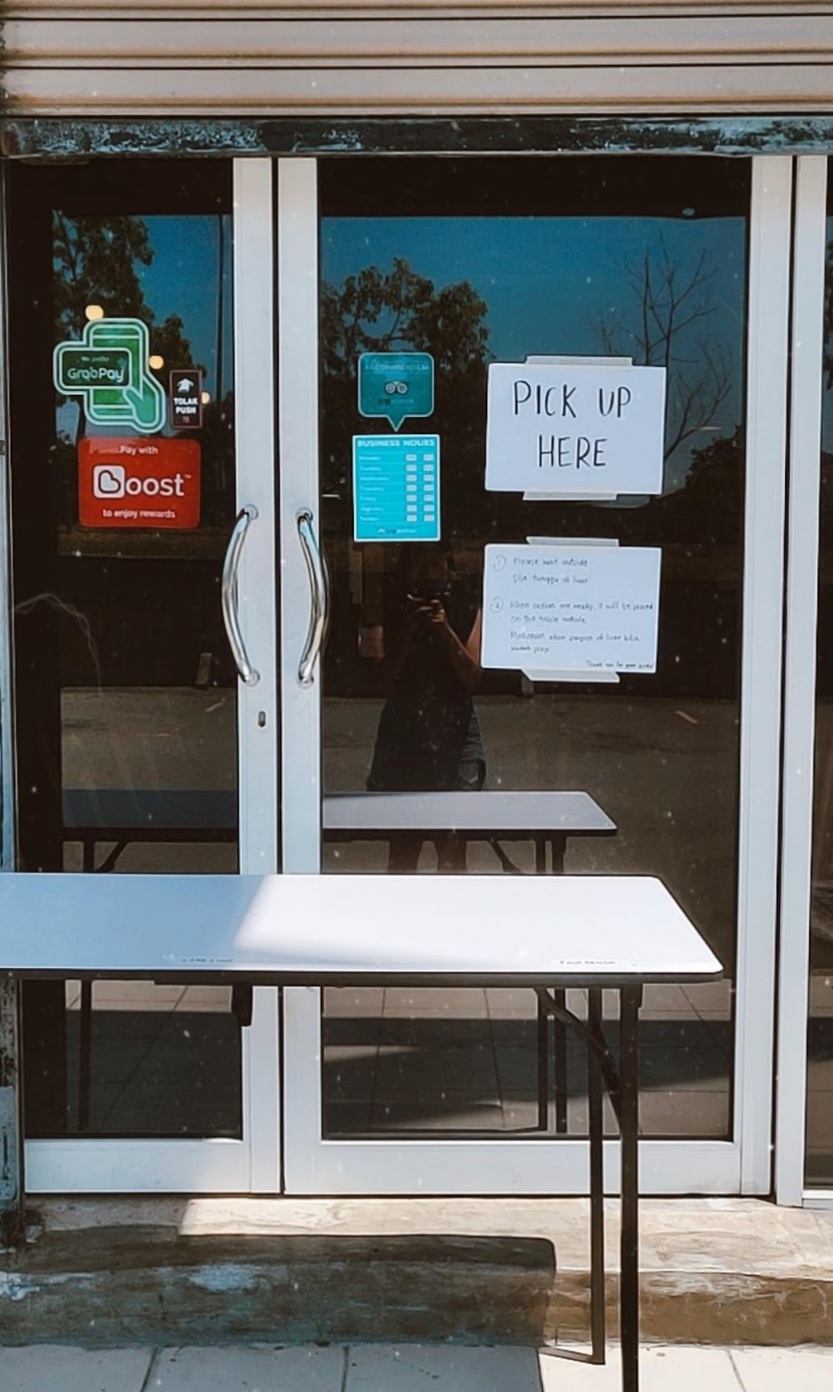 It's nearly noon, but naturally, Eugene isn't expecting any lunch crowd to flock in. Previously, the restaurant might have been packed with 30 to 40 patrons all at once - meals are cooked to order, so they take between 10 to 20 minutes to serve.

Instead, Eugene is setting out with 10 to 15 delivery packs conceived specially for this period. He texts customers to inform them when to expect their food.
"We've launched our budget set meals that change everyday. We sell these dishes cheap at about RM12, which comes with a packaged drink. We realised people would start spending less, so we had to provide more affordable, value-for-money meals.
"The way we run the business has been transformed. Budget fare like beef curry is easier to make. You can cook in big batches to offer at a higher volume, as opposed to our usual method of cooking ingredients one-by-one for a la carte dishes like our best-selling rice bowl with rib-eye steak, sunny-side-up egg, pickled papaya and tuhau (wild ginger) serunding."
Meanwhile, a collection table sits out front in silence - if there's a takeaway scheduled, the crew places it on the table and heads back in. The pick-up is contactless, like a spy movie drop-off. 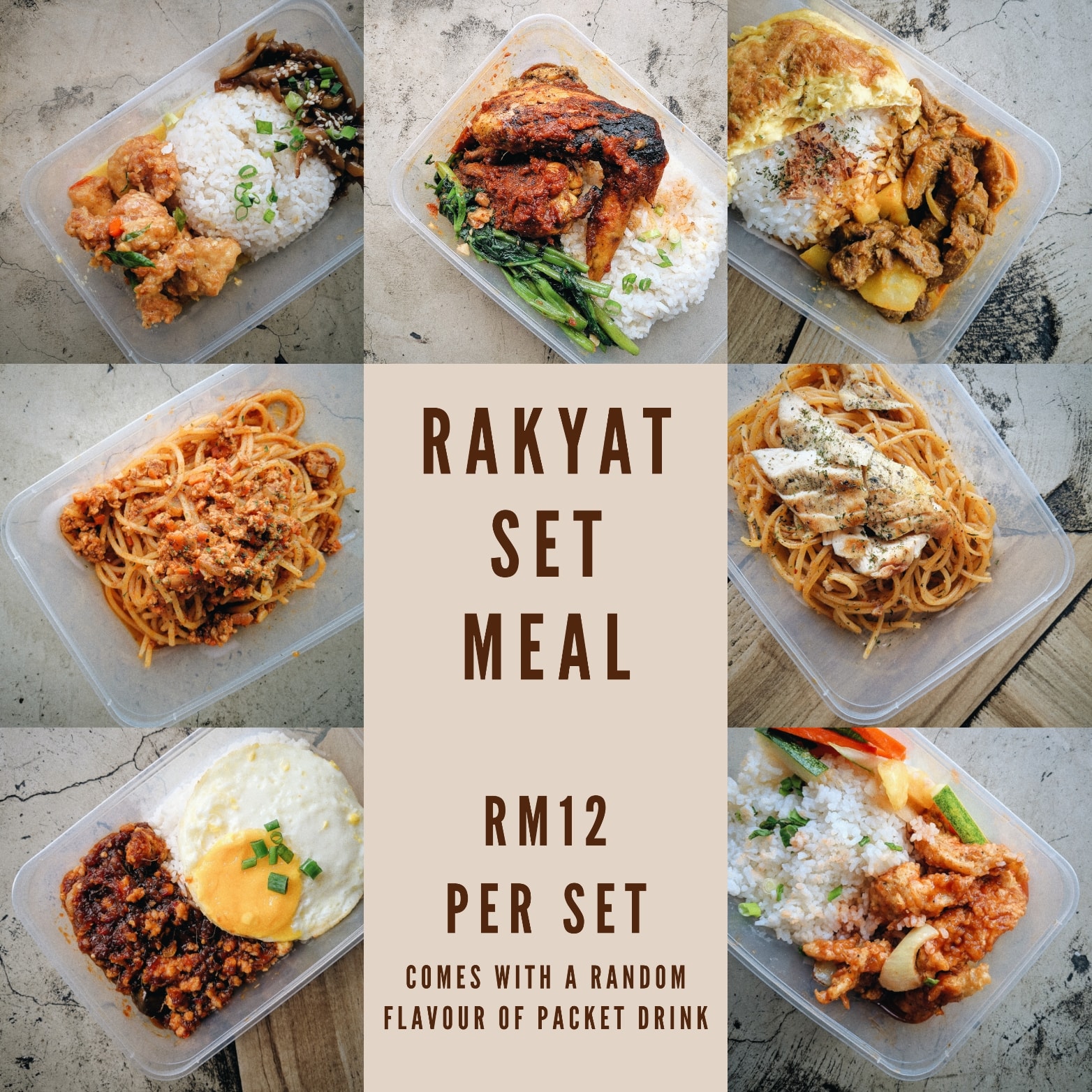 Eugene returns from his deliveries, which include the Queen Elizabeth Hospital 1.

"We receive a few orders everyday from doctors at the hospital. I update them on what we're serving the next day, to see if they're interested. We waive the delivery fees for the hospital staff - for other customers, we charge for delivery if their order is below RM50, but for the hospital staff, we try to give back a little to them for supporting us."
Morale is resilient at Chiu's, despite the absence of afternoon tea customers savouring cakes, waffles, coffee and tea. The team digs into staff meals before working on the evening's cooking, which Eugene will start delivering at 4 p.m.
Before the pandemic, dinner was a labour of love, as Chiu's served dishes that took more time to make, like chicken ballotine or house-stretched ravioli with rendang sauce.
"Now we have to tweak our cooking for deliveries. Maybe it's making the pasta more al dente, in case it continues cooking in the container or if the recipient heats it up later."
Eugene notes that customer habits have evolved too. "For some reason, the coffee drinkers are drinking more. They'll ask for extra shots in their coffee - I can't explain it. We have new customers taking away iced lattes with extra shots everyday." 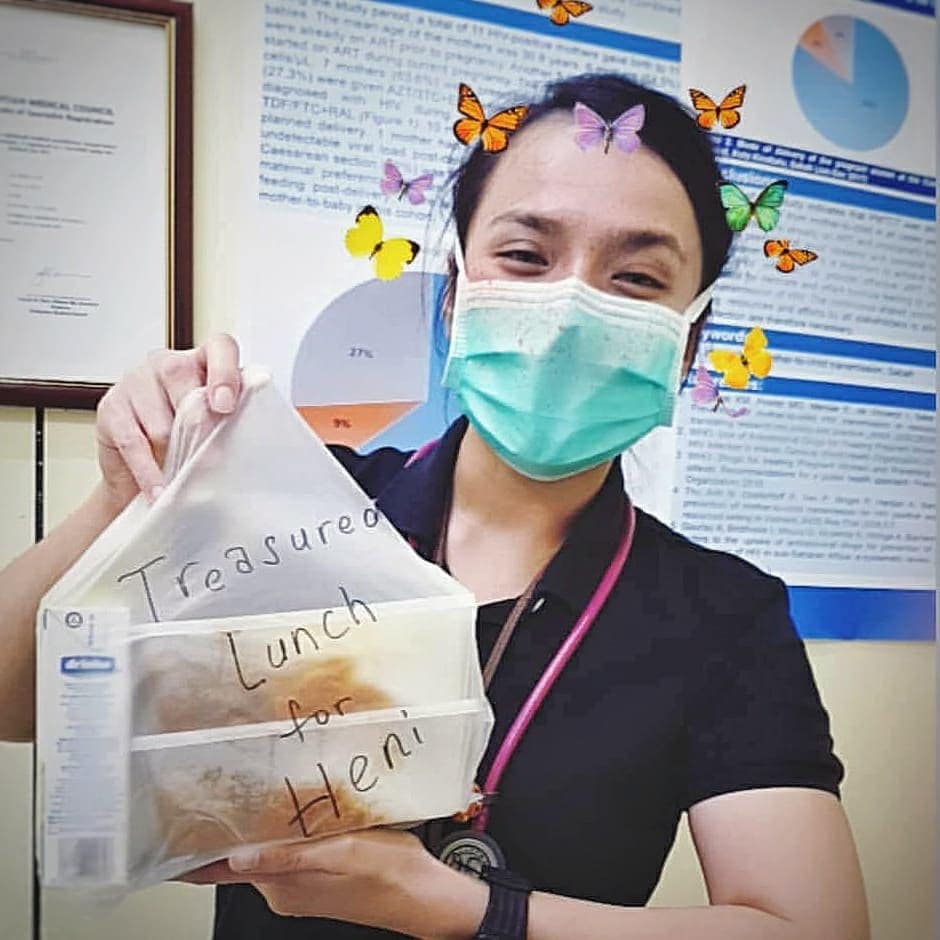 It's not yet twilight, but it's time to wrap up - six weeks ago, Chiu's would close at 11pm, but authorities are patrolling Sabah's capital, admonishing restaurants that seem to be open after permitted hours.

There's less mopping and washing. "Cleaning up is much faster, since there are no customers. We sweep the parts we've been in contact with. We sanitise the outdoor table, the door handles."
Eugene has to contemplate the coming months after the MCO. Besides the budget meals, Chiu's now also sells marinated beef (from its beef rice bowl) and drip coffee bags to help customers complete their home meals.
He believes people have become so acclimatised to food deliveries that dine-in sales might not recover spontaneously.
"Things will be stuck there for some time before they return to normal. One of the things we're considering after this (the MCO) ends is shortening our opening hours. As long as the virus is still around, as long as there are patients who haven't recovered, I don't think people will just resume their regular lives."

Images are courtesy of Chiu's.

Chiu's is one of more than 100 restaurants participating in Eat Drink KL's Faith For The Future. Purchase a cash voucher at eatdrinkkl.com/faith and enjoy a 10 percent discount off your bill when you redeem the voucher within four months. The restaurant will receive your payment within three working days. Click here to read more about Faith For The Future.


Reporting by EDKL writer Aiman Azri. This is the second part in our series on how Malaysians who work in restaurants, cafes and bars are confronting their current challenges.
Click on titles below to read more: 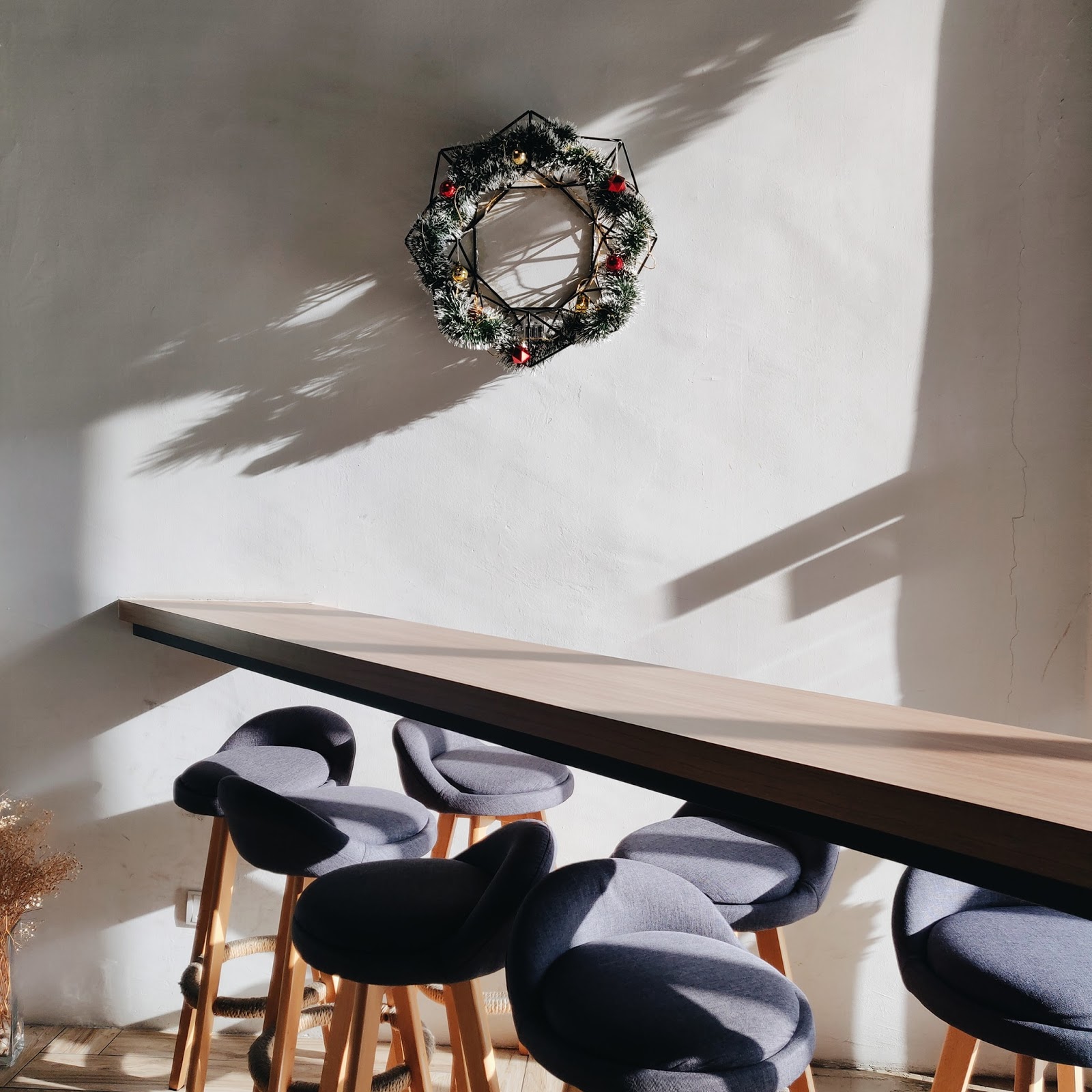