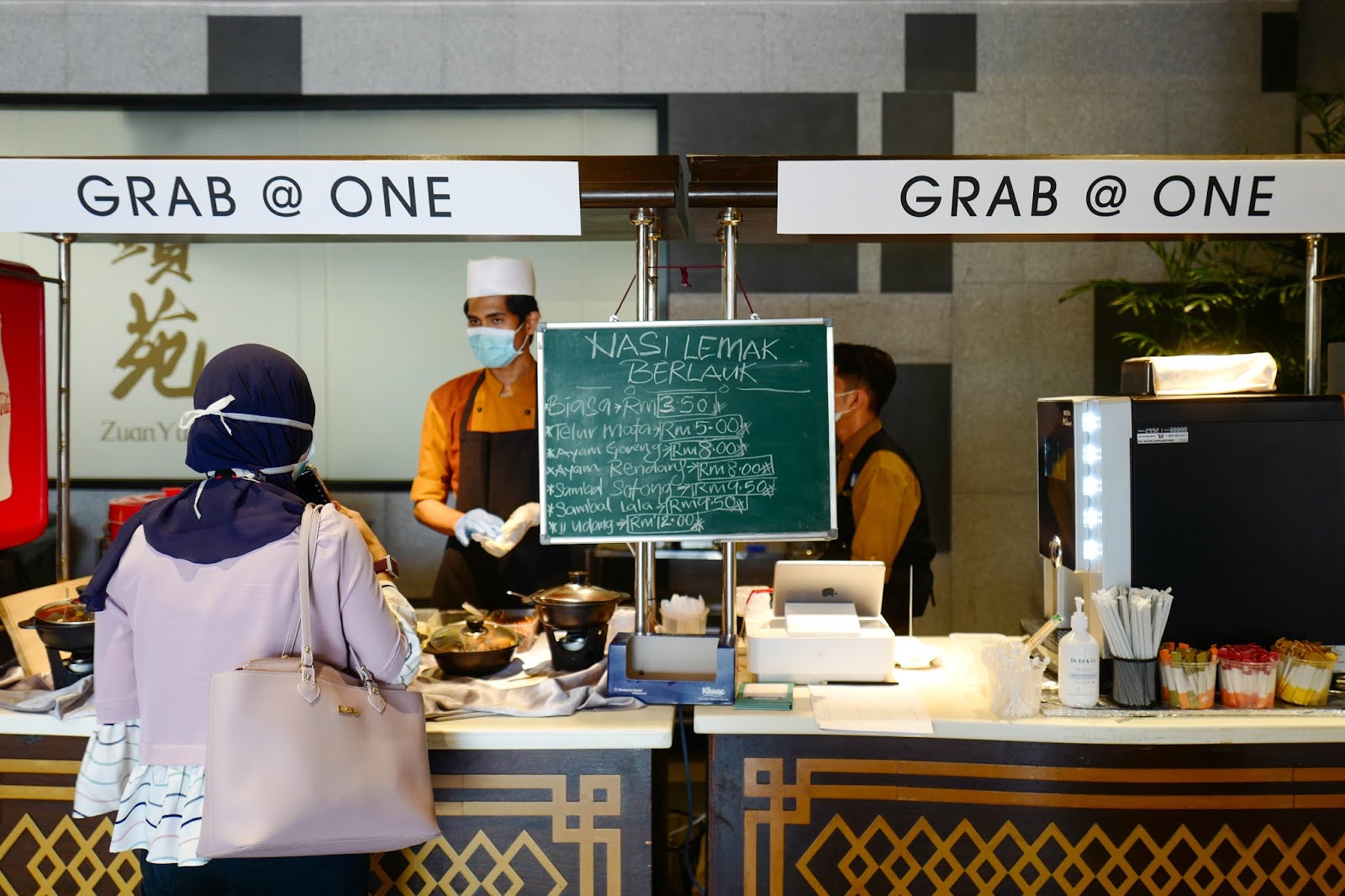 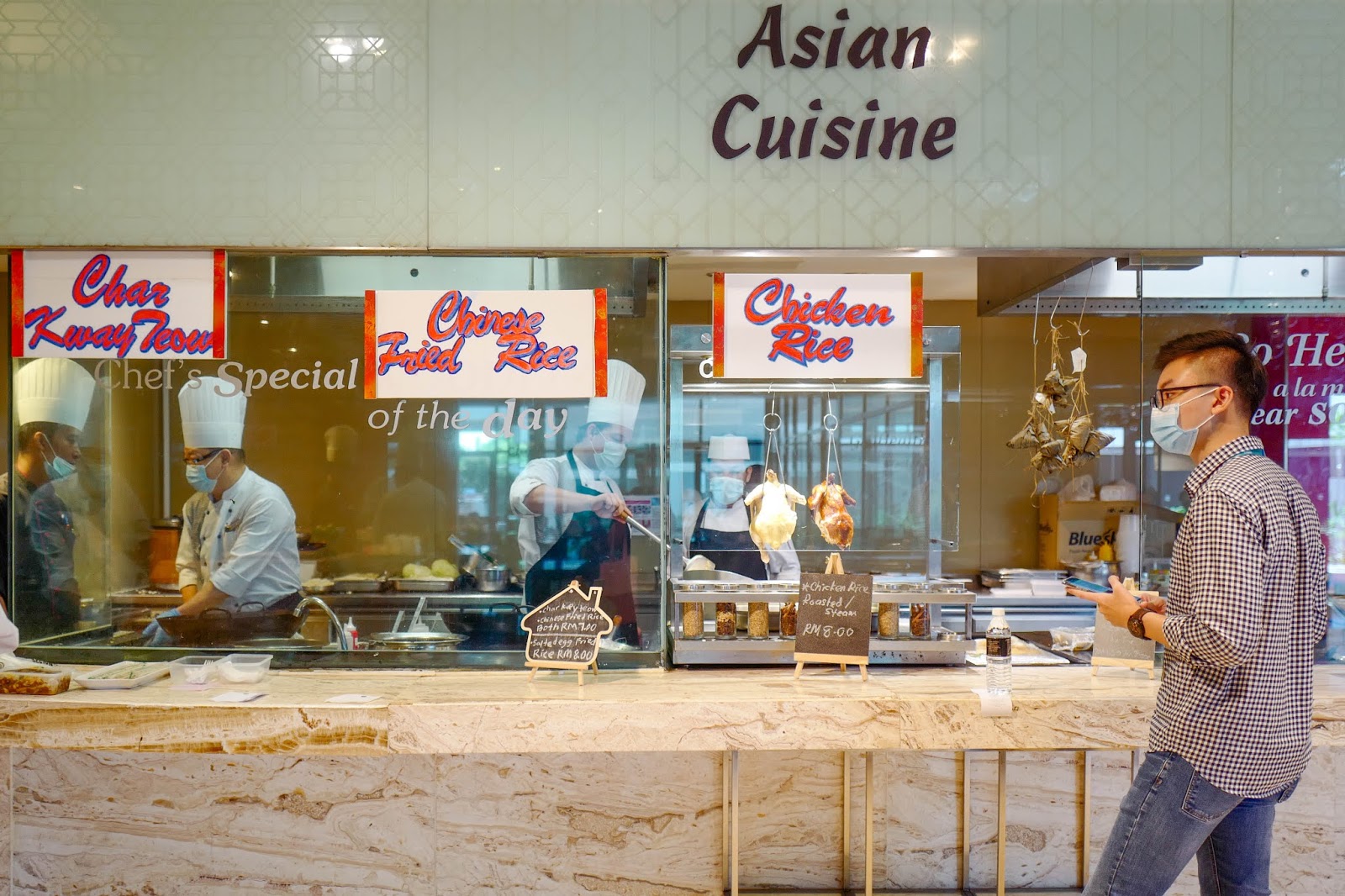 Throughout the past decade, One World Hotel Petaling Jaya's Cinnamon Coffee House has thrived for breakfast, lunch and dinner, with buffets that showcased crowd-pleasers from Malaysia and abroad. As recently as March, beef buffs flocked here for an all-you-can-eat extravaganza of Japanese Iga wagyu, grilled yakiniku-style for dinner.

But with conventional buffets scuttled for now, hotels are experimenting with other efforts to keep their culinary talents working and entice meal-seeking customers. For One World Hotel, its coffeehouse's buffet cooking stations have been intriguingly repurposed, turned into takeaway counters for everything from chicken rice to char kuey teow, offered at reasonable prices for Bandar Utama's white-collar staffers.

"Buffets might be in a bind for a while, but this crisis doesn’t necessarily spell the end for our culinary delights," says Ho Wei Chan, One World Hotel's Director of Food and Beverages. "We are embracing the opportunity to change with times and currently are busy behind the scenes, looking at new ways of operating and devising a new service model to expand our business and boost sales." 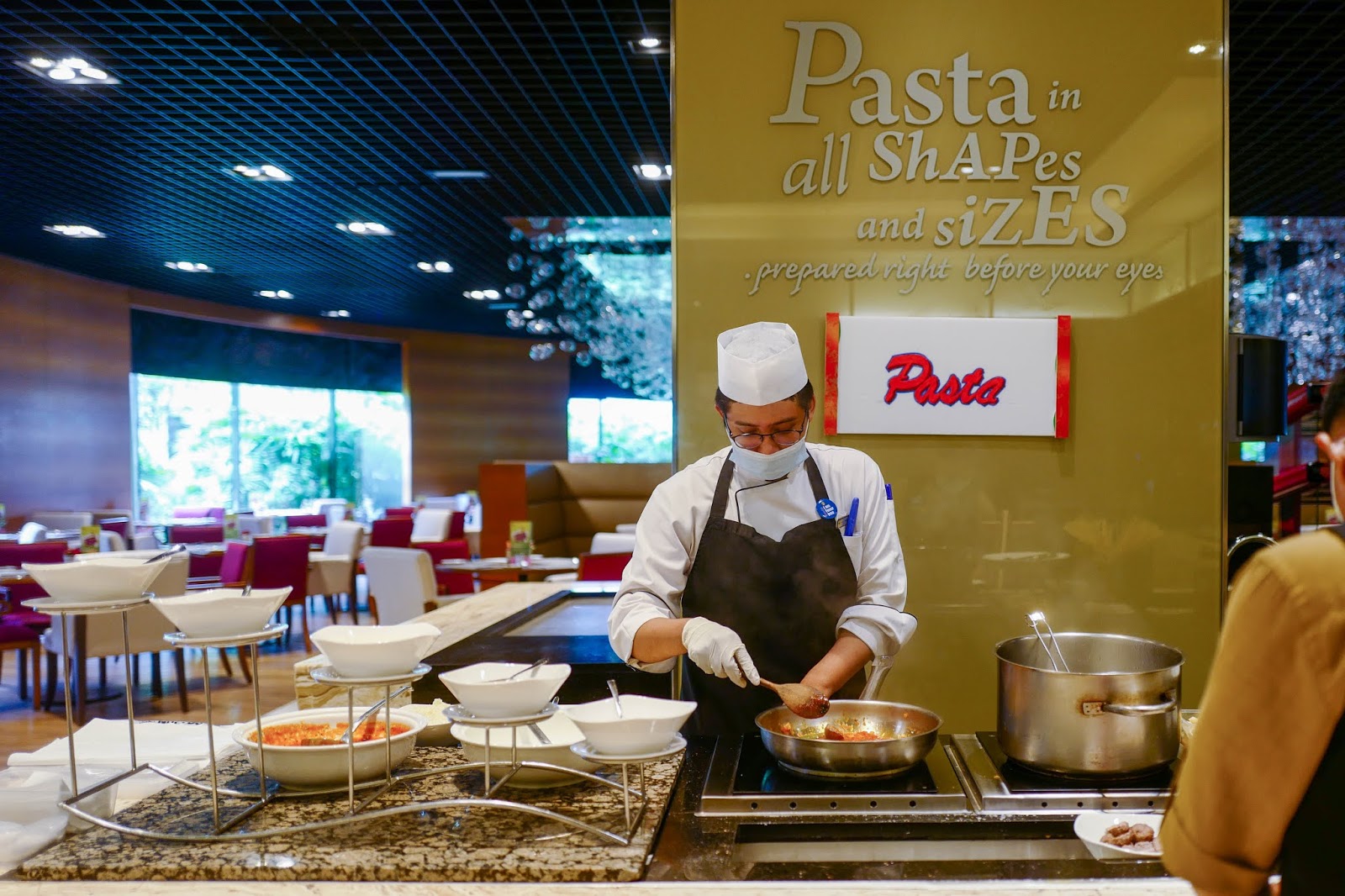 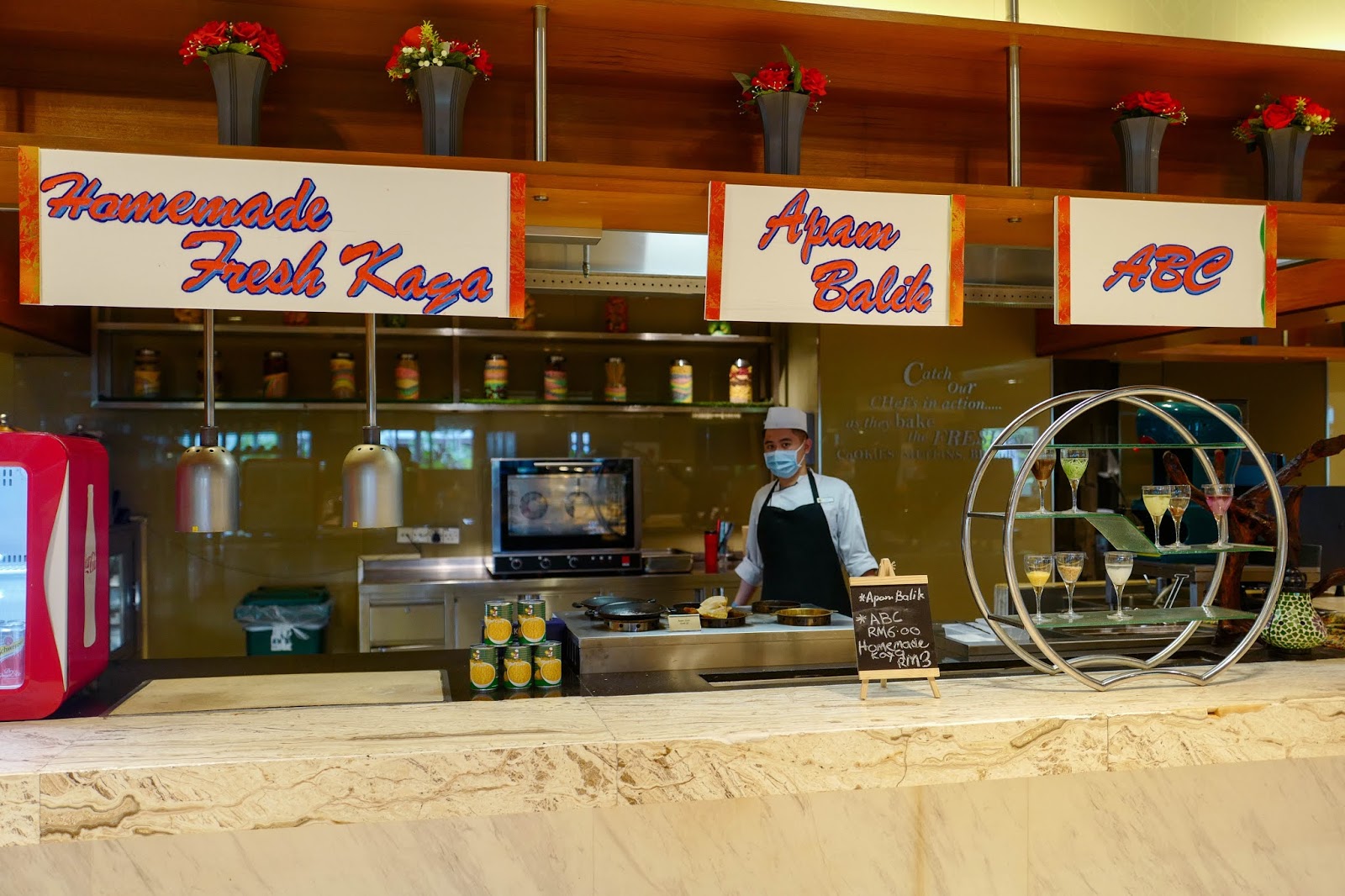 One World Hotel's takeout selection is staggering - with 96 popular favourites available from 20 stalls, you could try a different dish for breakfast, lunch and dinner everyday for more than a month. Many stalls are set within Cinnamon Coffee House, with others outdoors, near the entrance of Zuan Yuan Chinese Restaurant and closer to the hotel's neighbouring offices.

Operating from 7am through 9pm, the [email protected] stalls promise everything from pasta prepared to order to nasi kukus and claypot rice, roti canai and roti john, keropok lekor to muffins and cakes. Prices start from RM1.50 for a piece of yong tau foo, with nasi lemak biasa clocking in at RM3.50, burgers at RM6, and pastas and sandwiches at RM10. Complimentary beverages are available, with delivery by request for a fee. The selection has been curated to ensure the food can be packed and conveniently consumed later.

Business has been brisk - in June, the stalls averaged a total of about 130 orders everyday. "Instead of large corporate entities or families, our target market has shifted to office workers within the hotel's vicinity, shoppers from 1 Utama, and hotel guests," Ho said. "Prior to the pandemic, our buffet clientele dined in a large group, a contrast to our current clientele who mostly purchase our F&B offerings solo, unaccompanied." 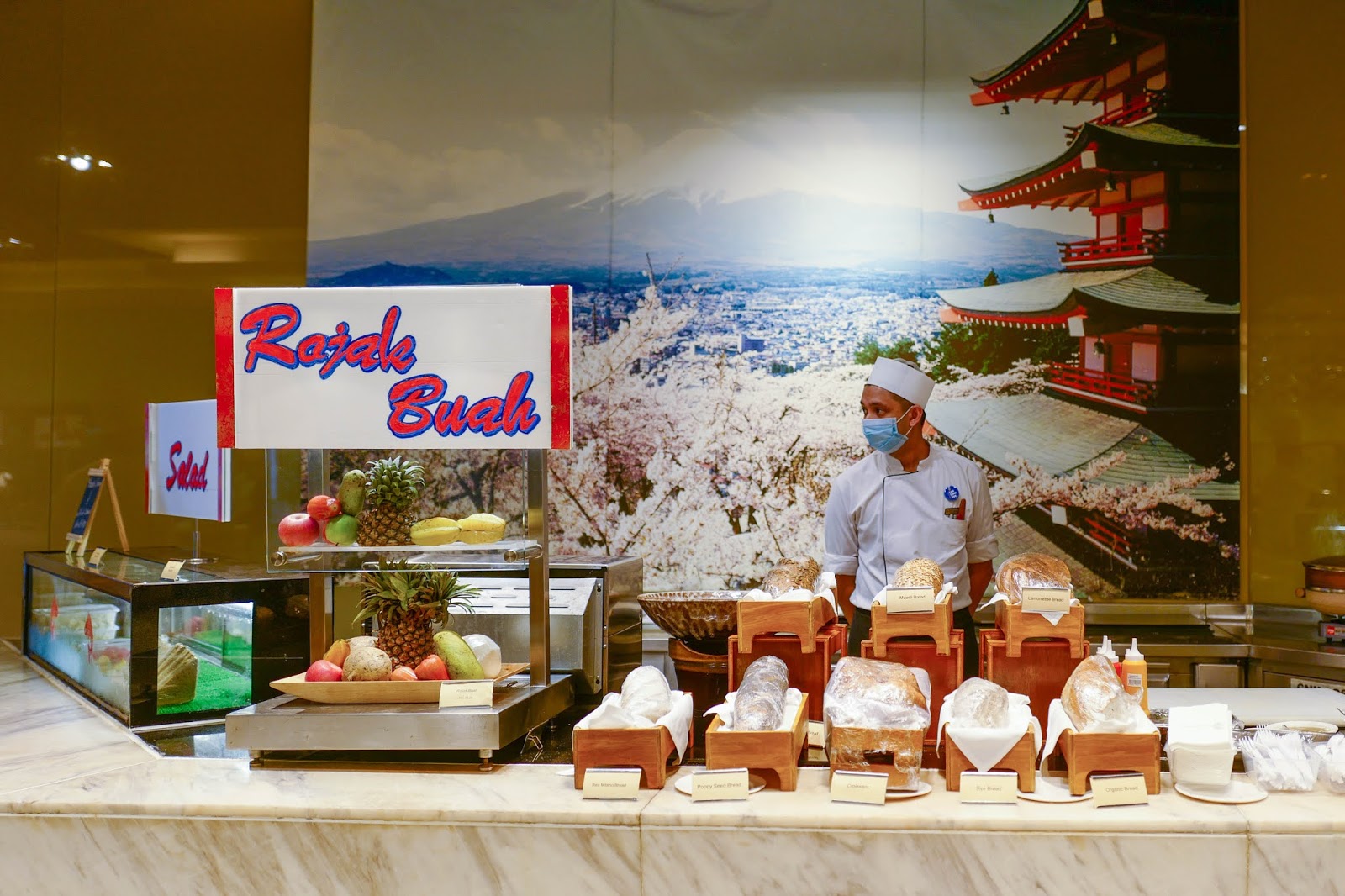 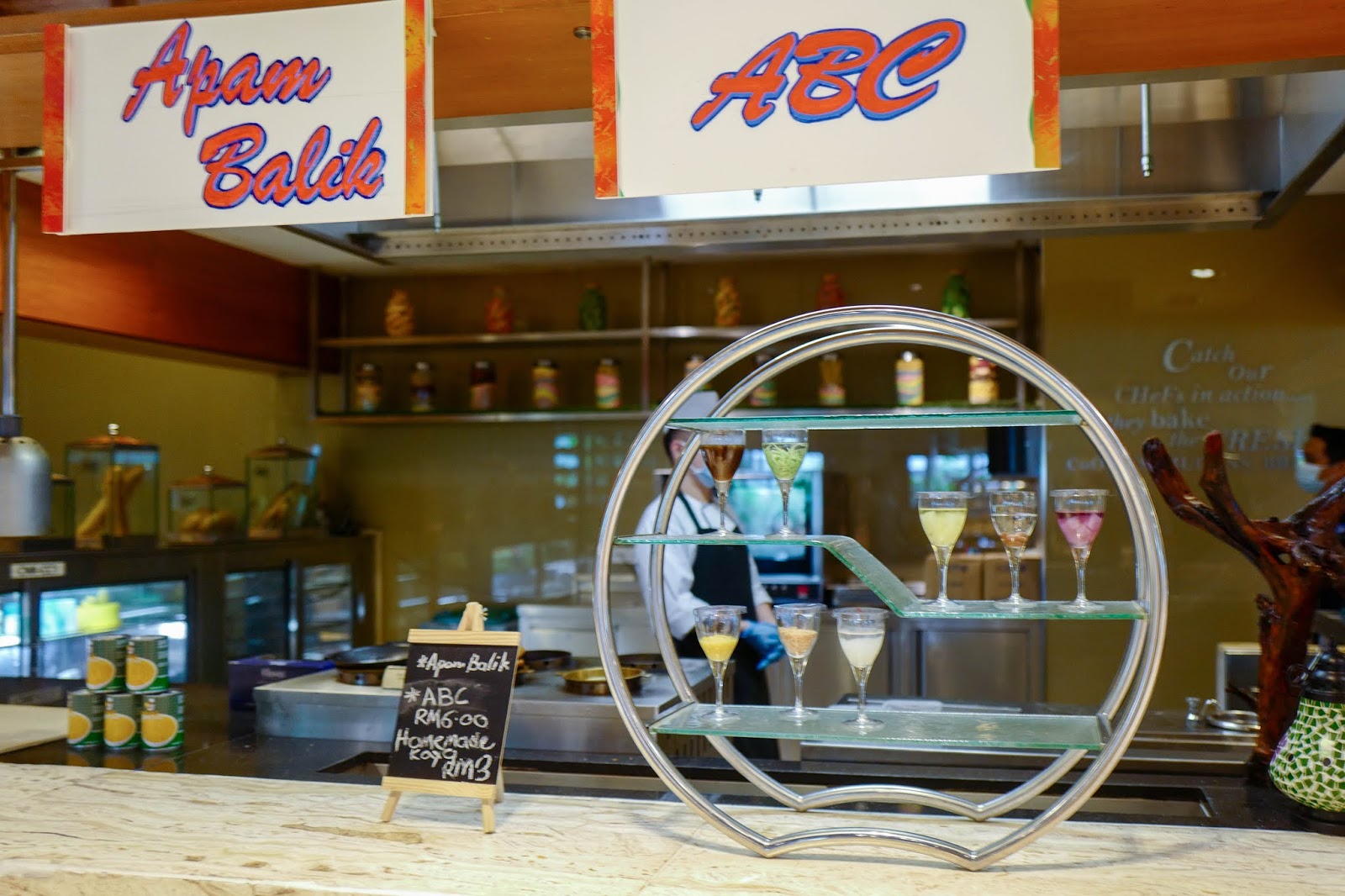 The [email protected] initiative has helped to keep Cinnamon Coffee House's 30 employees busy (typically 20 in the kitchen and 10 for the front of house), while ensuring that safety protocols are maintained.

"Due to the overwhelming response from buyers, we took the initiative to split the stalls and moved half of them to our coffeehouse to facilitate safe distancing," Ho said, noting the hotel also upholds health screening steps like temperature checks and contact tracing, and providing sanitisers before guests enter the restaurant, with safety signs and markets to remind everyone to keep their distance.

The low prices for the takeaway dishes have reduced profit margins, but the hotel stresses that it isn't compromising on quality-driven ingredients. "As an ethical business organisation, we've seized the opportunity to achieve one of our business goals - which is giving back to society during this unprecedented time," Ho said. "Hopefully, with these initiative, the consumer's need for affordable food of good quality is met.

"We will operate the stalls until an official announcement permitting buffet meals is made by the local authorities," Ho added. "After that, we will most likely retain the business model but narrow down the selection of dishes." 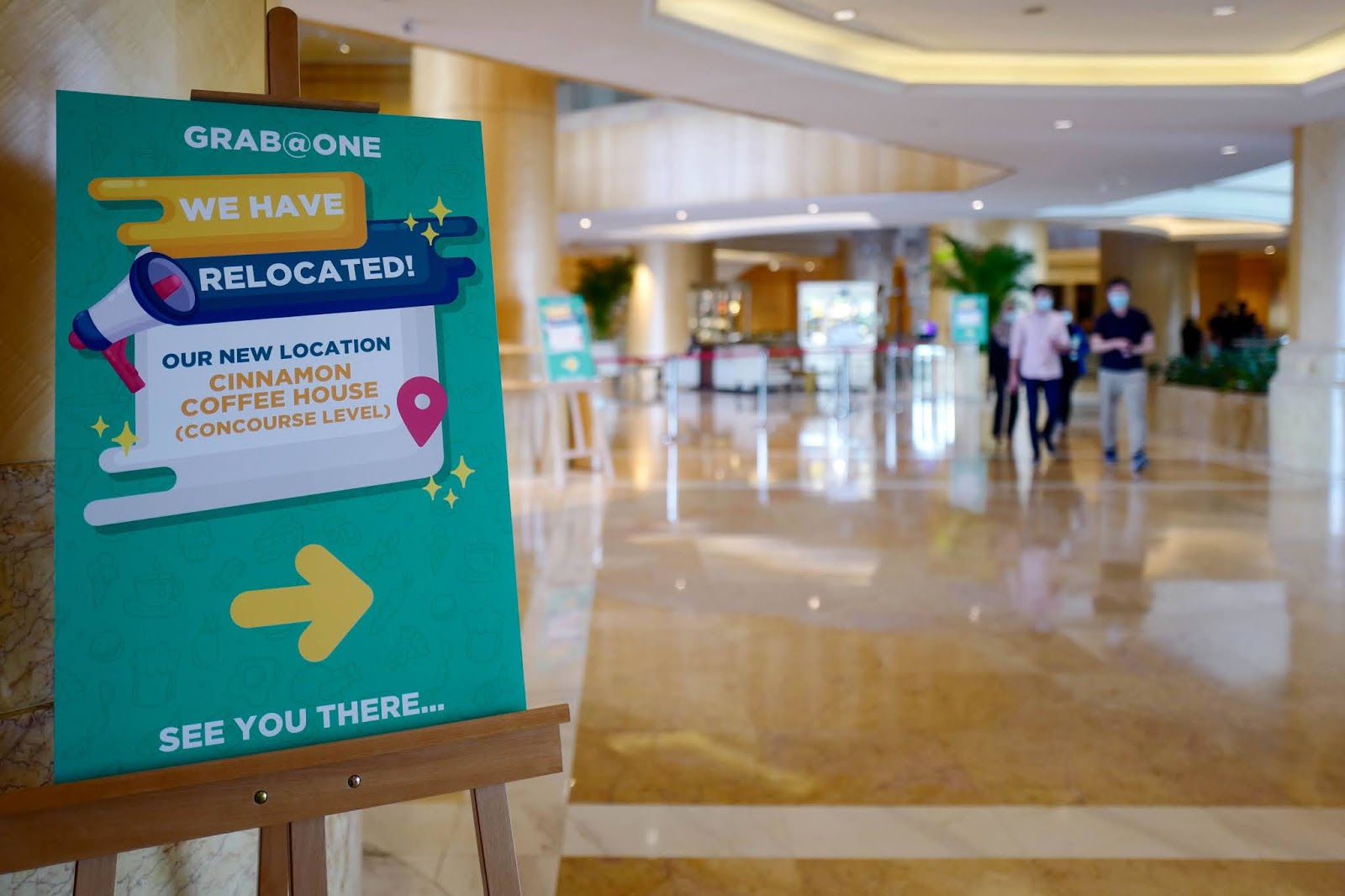 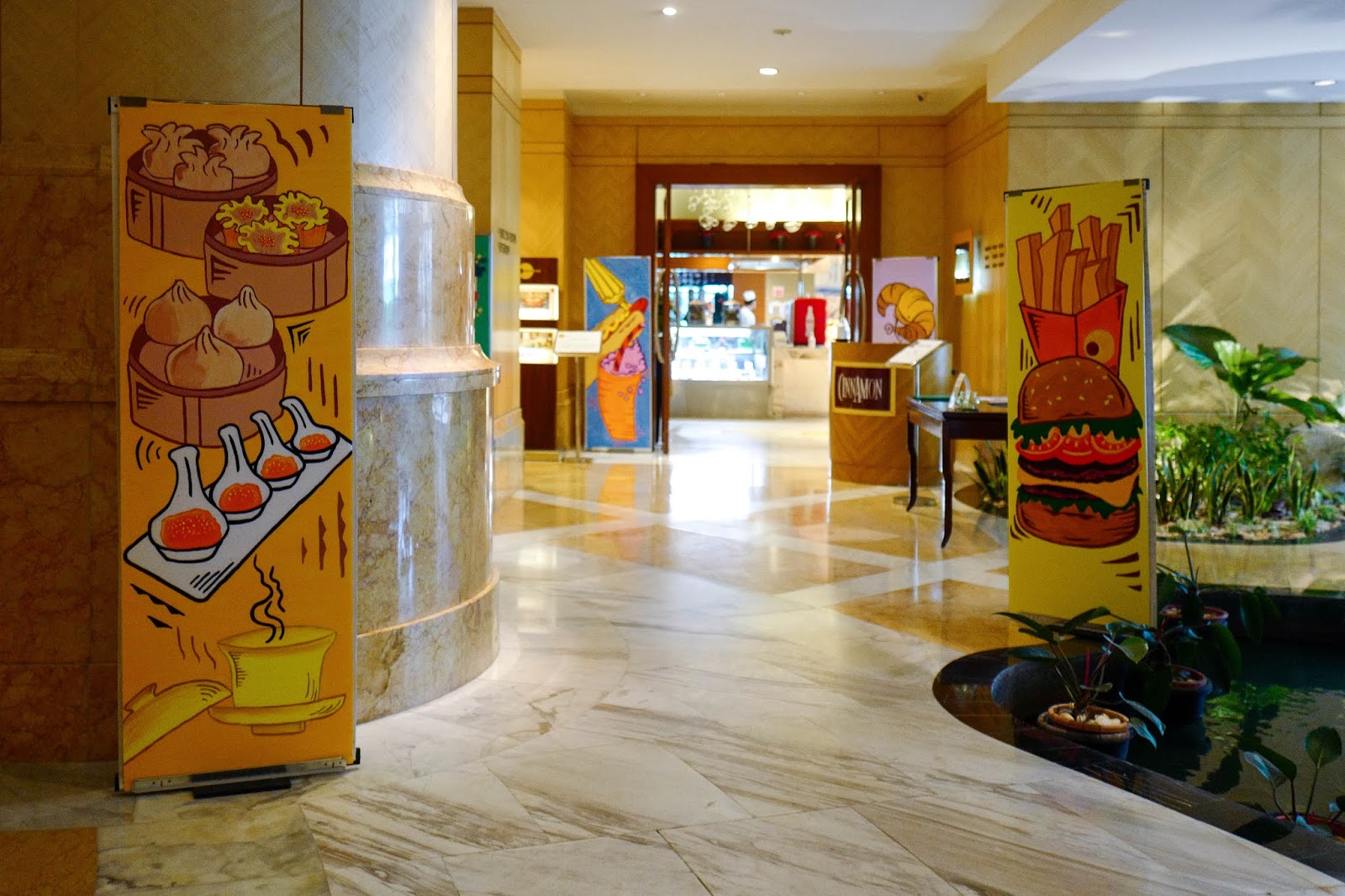 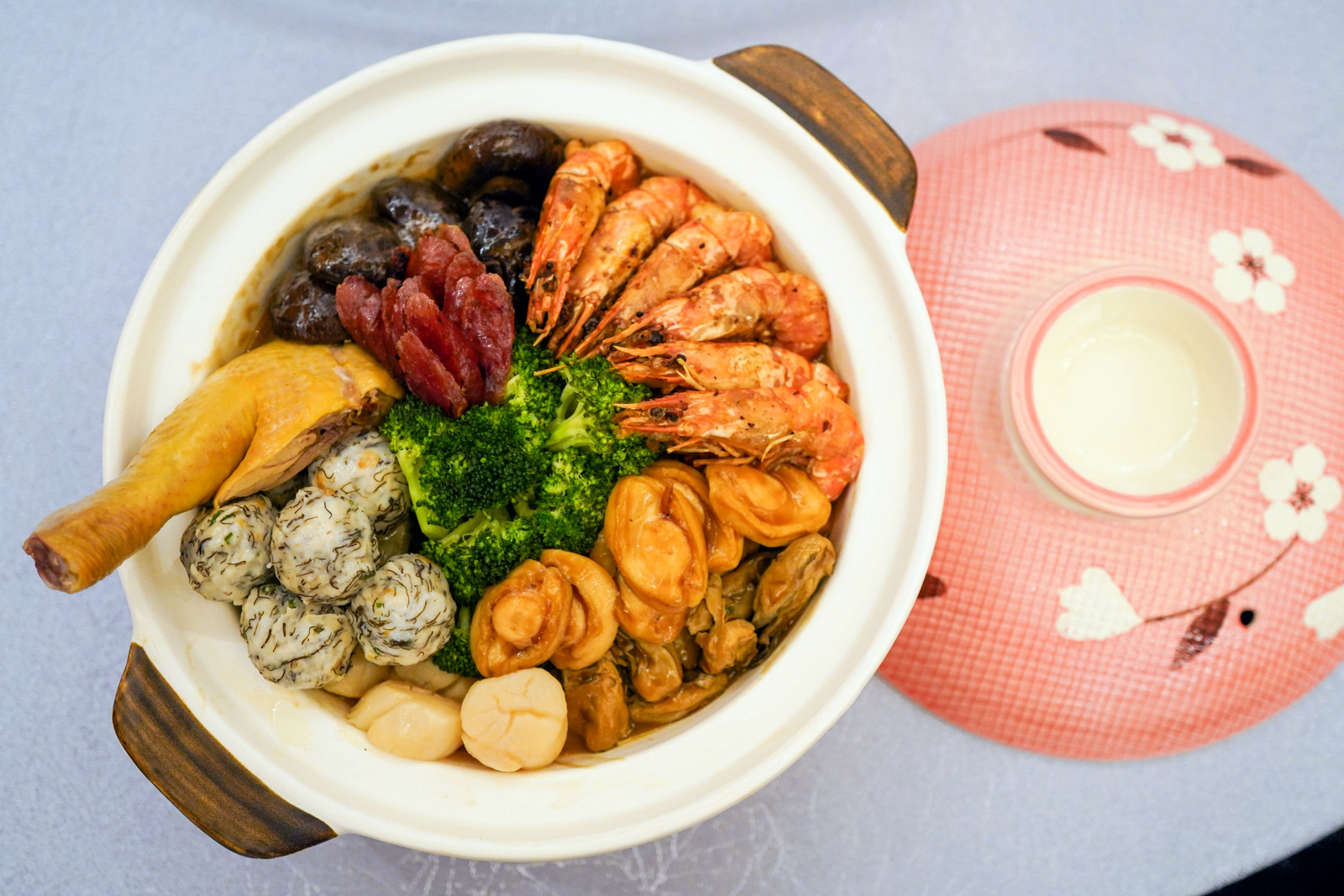