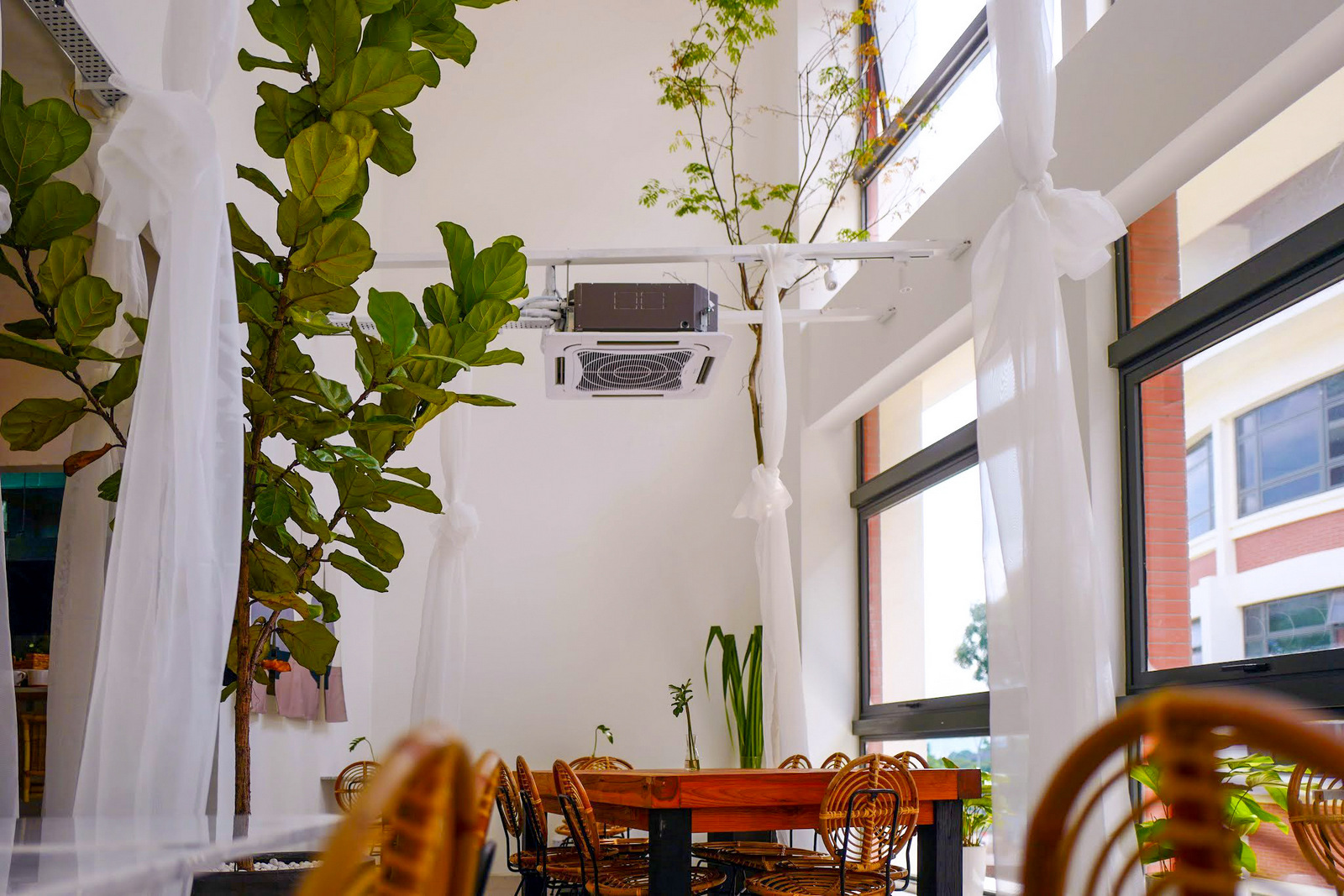 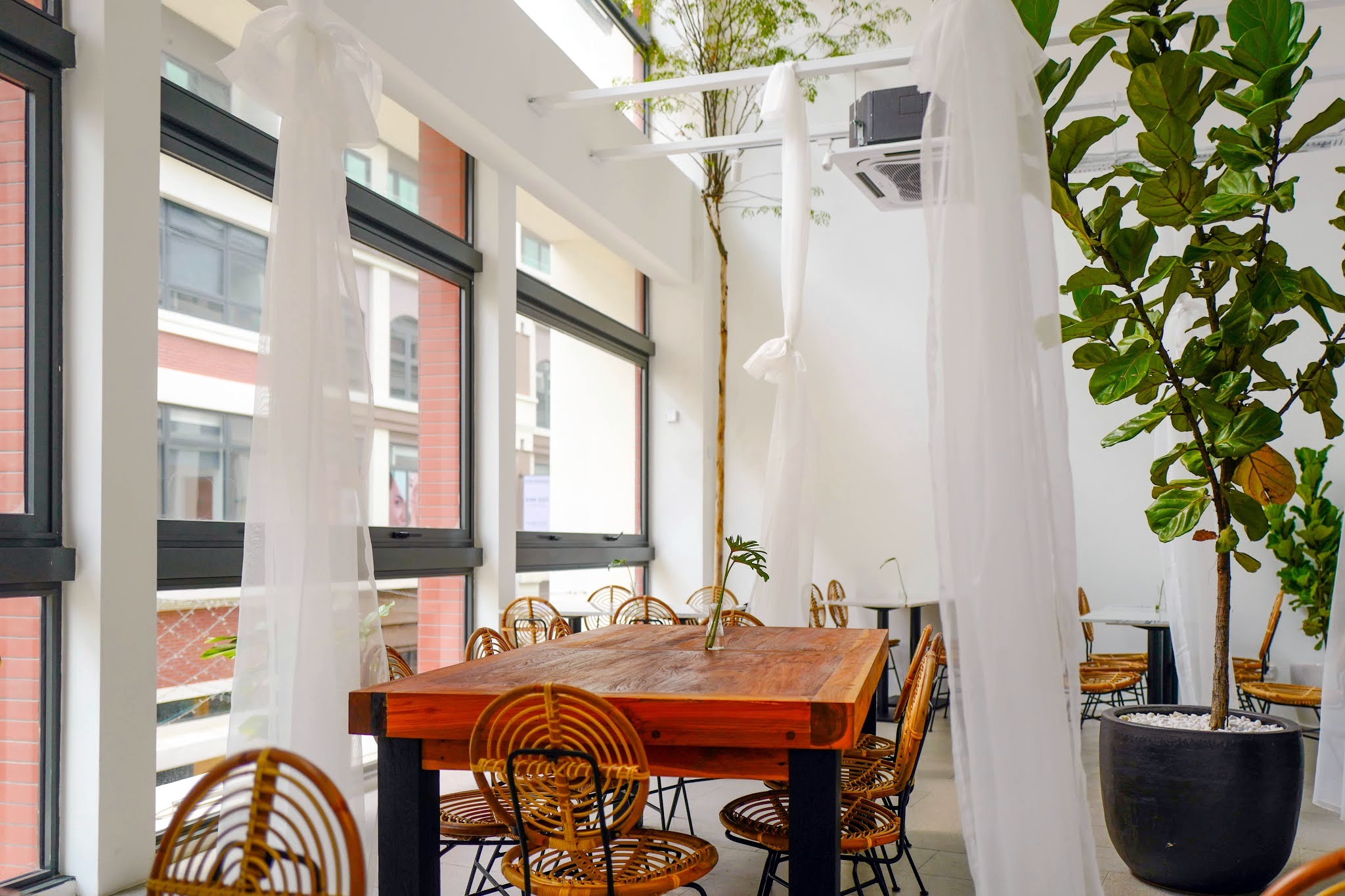 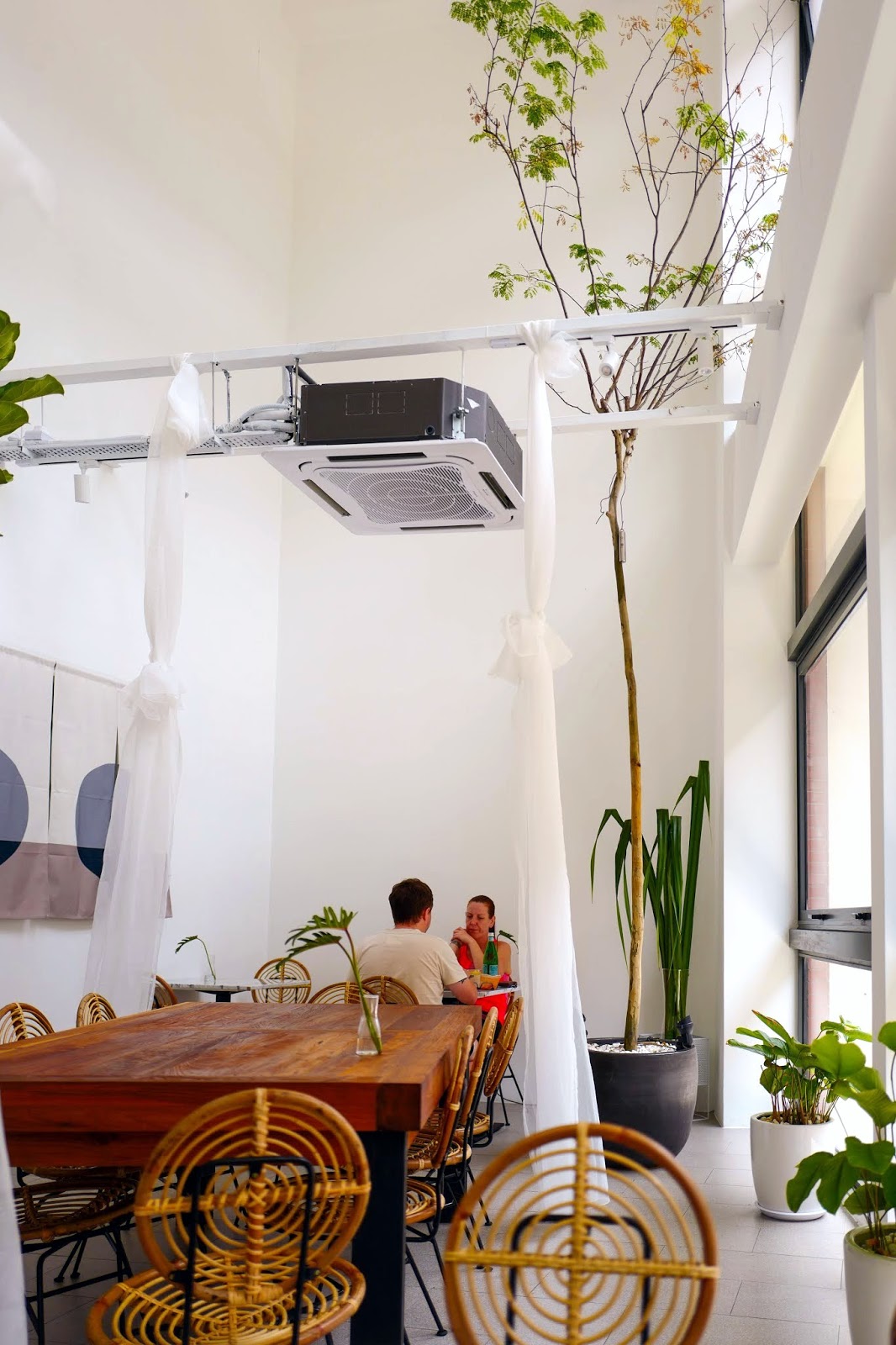 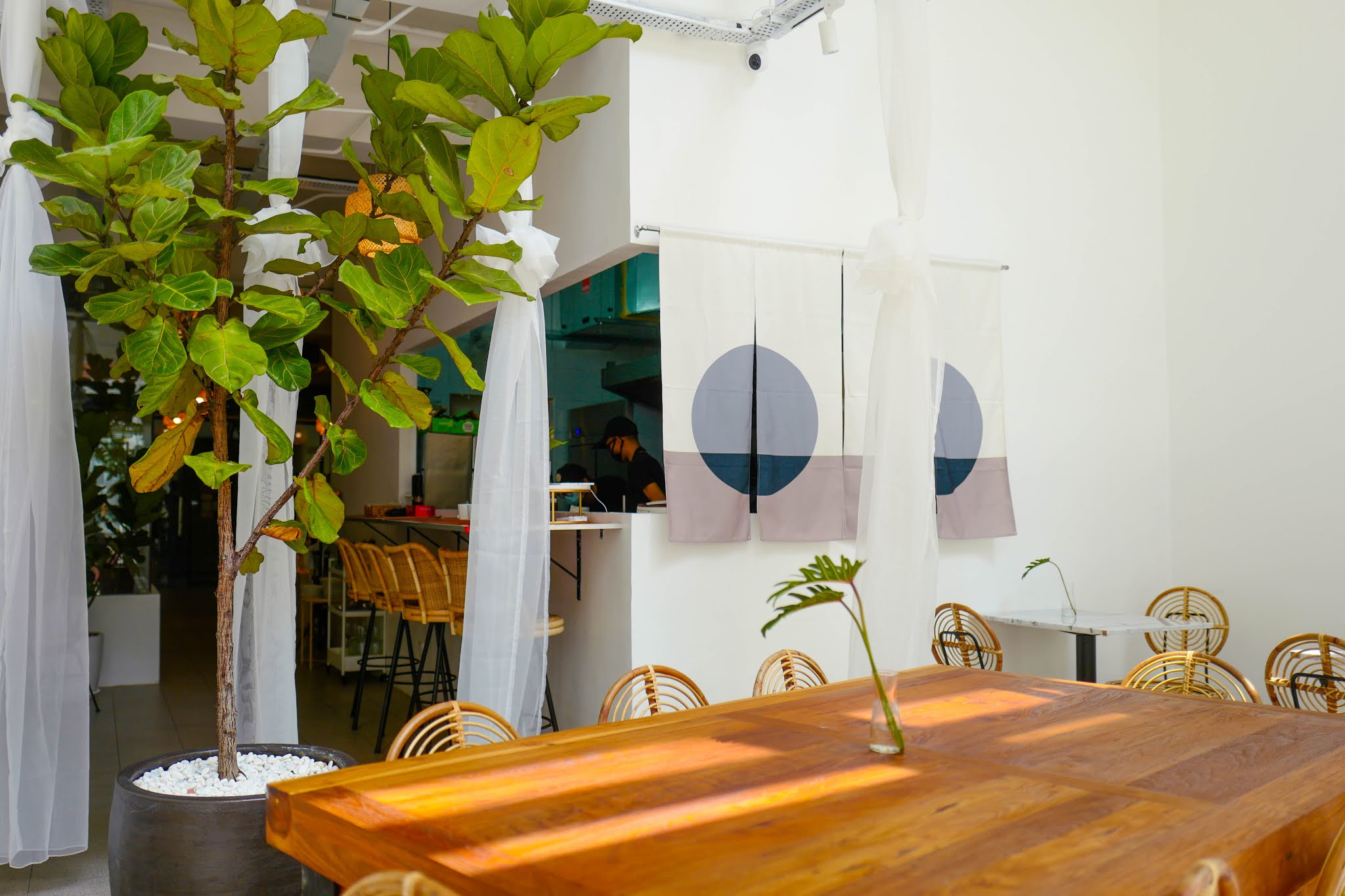 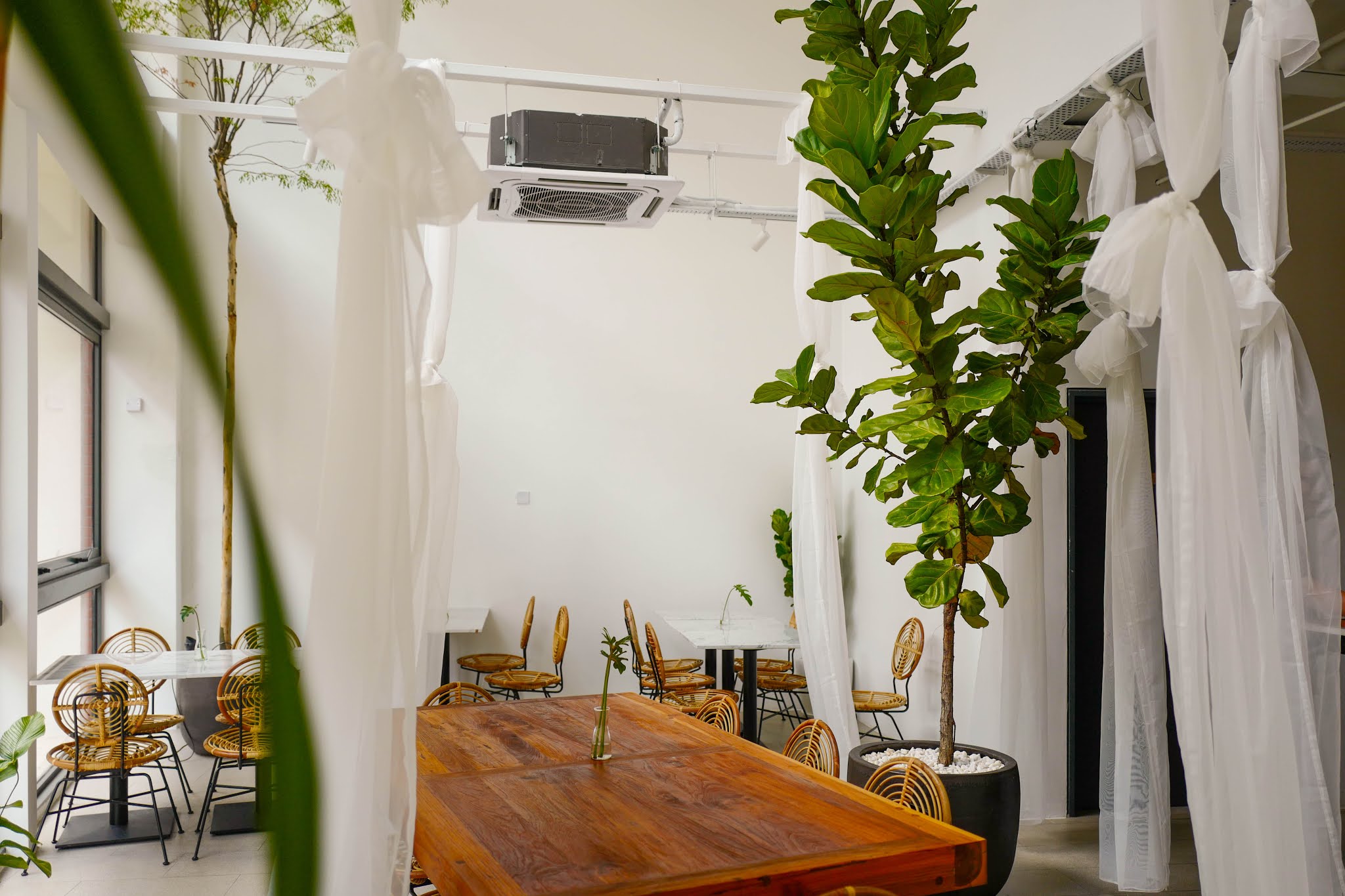 For the siblings who founded Staple Eats, a healthy diet has fuelled their lives since childhood. That experience brings authenticity to one of KL's most ambitious restaurants for wholesome eating, brimming with sustainable produce, organic ingredients and natural flavours.

Staple Eats has been lovingly crafted by Malaysian brother-and-sister Danial and Mimi Yik (who were raised by wellness-conscious parents on non-GMO food) and Mimi’s fiancé, Keanu Subba, a mixed martial arts champion and keto diet practitioner.

Its setting is a beautifully soothing sanctuary hidden in Desa ParkCity, filled with sunshine and flourishing with plants of different kinds. It's the perfect space not only for birthday parties and bridal showers but to explore a menu of mindfully made meals that taste scrumptiously satisfying. 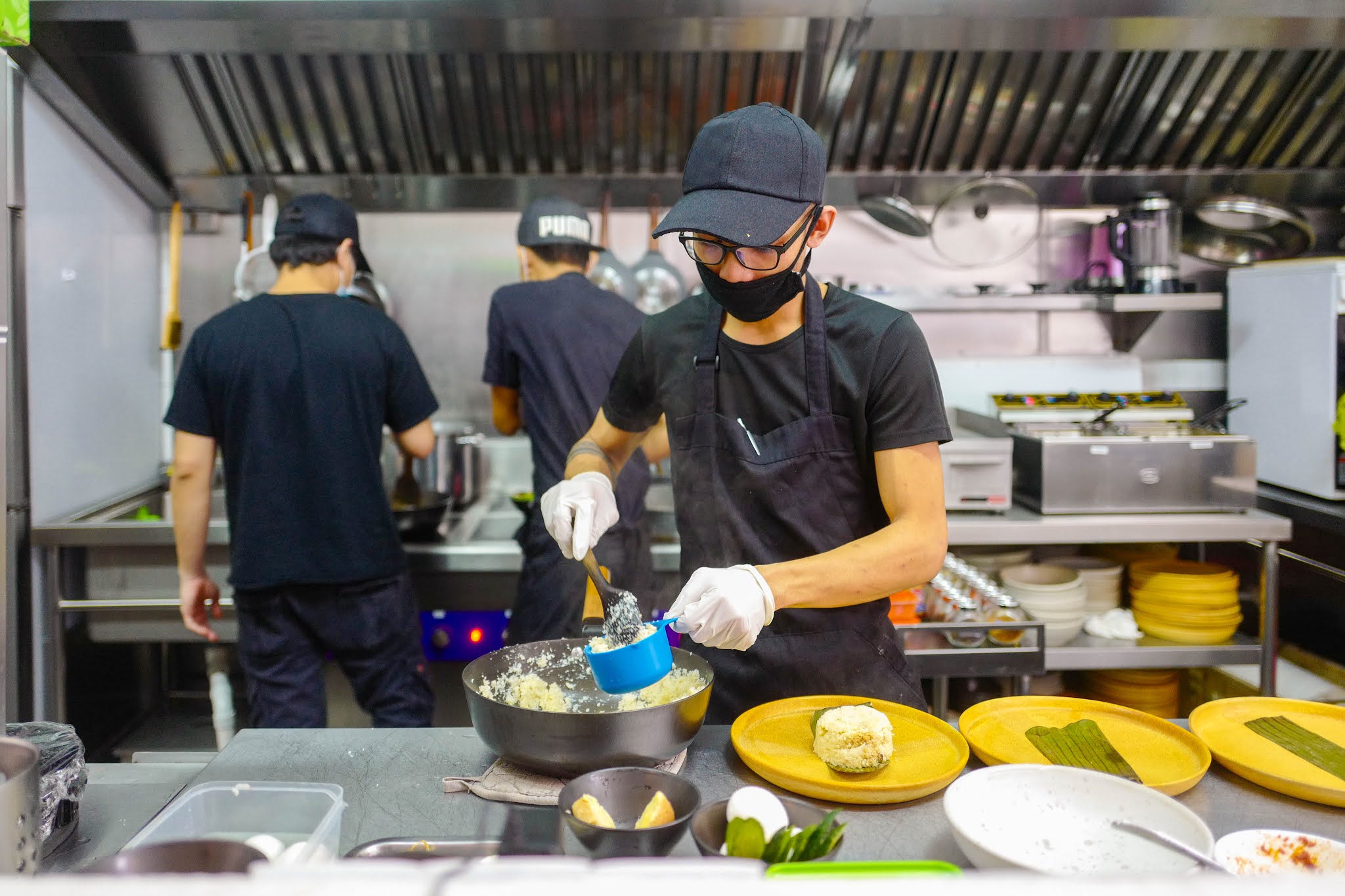 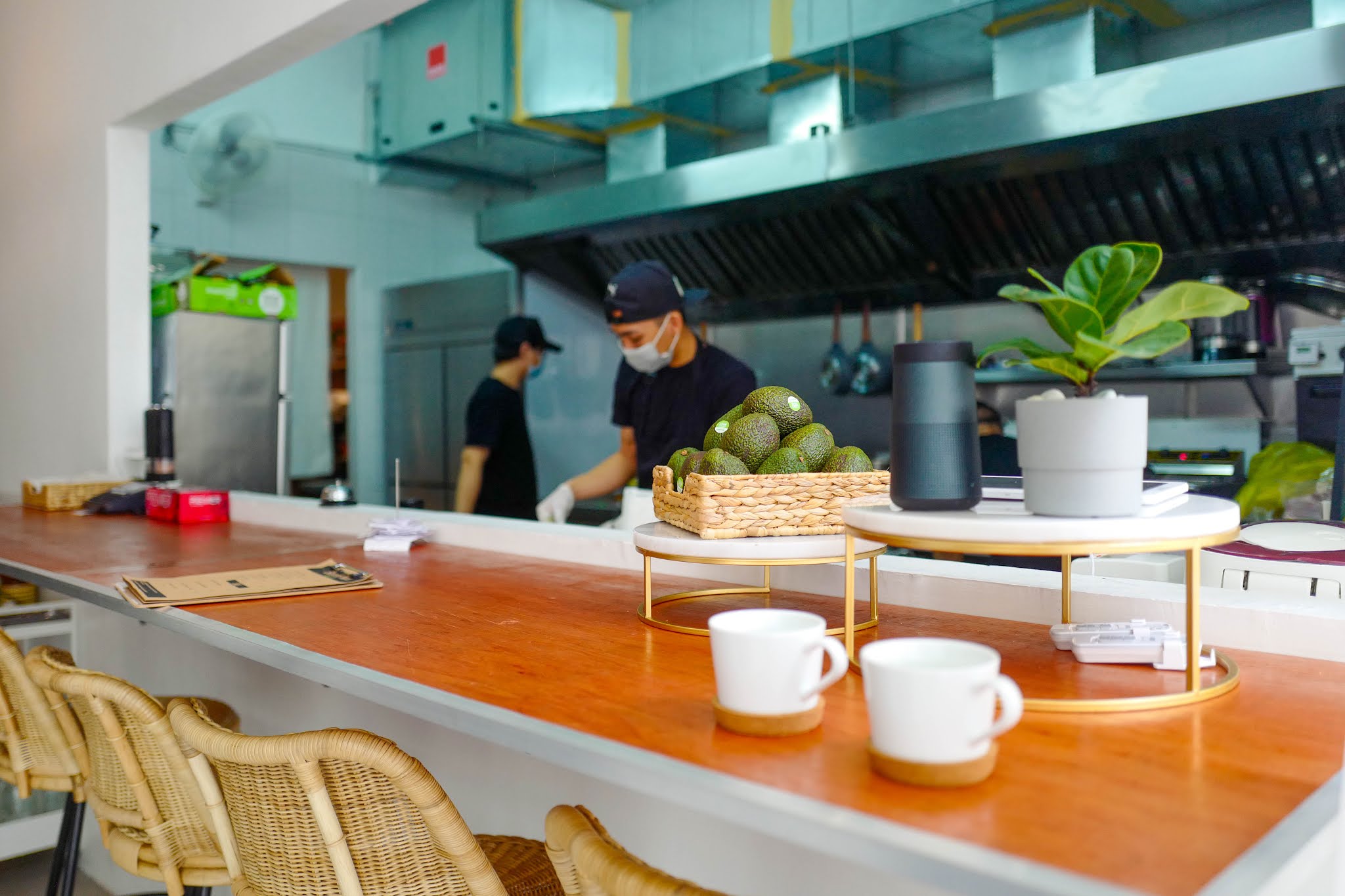 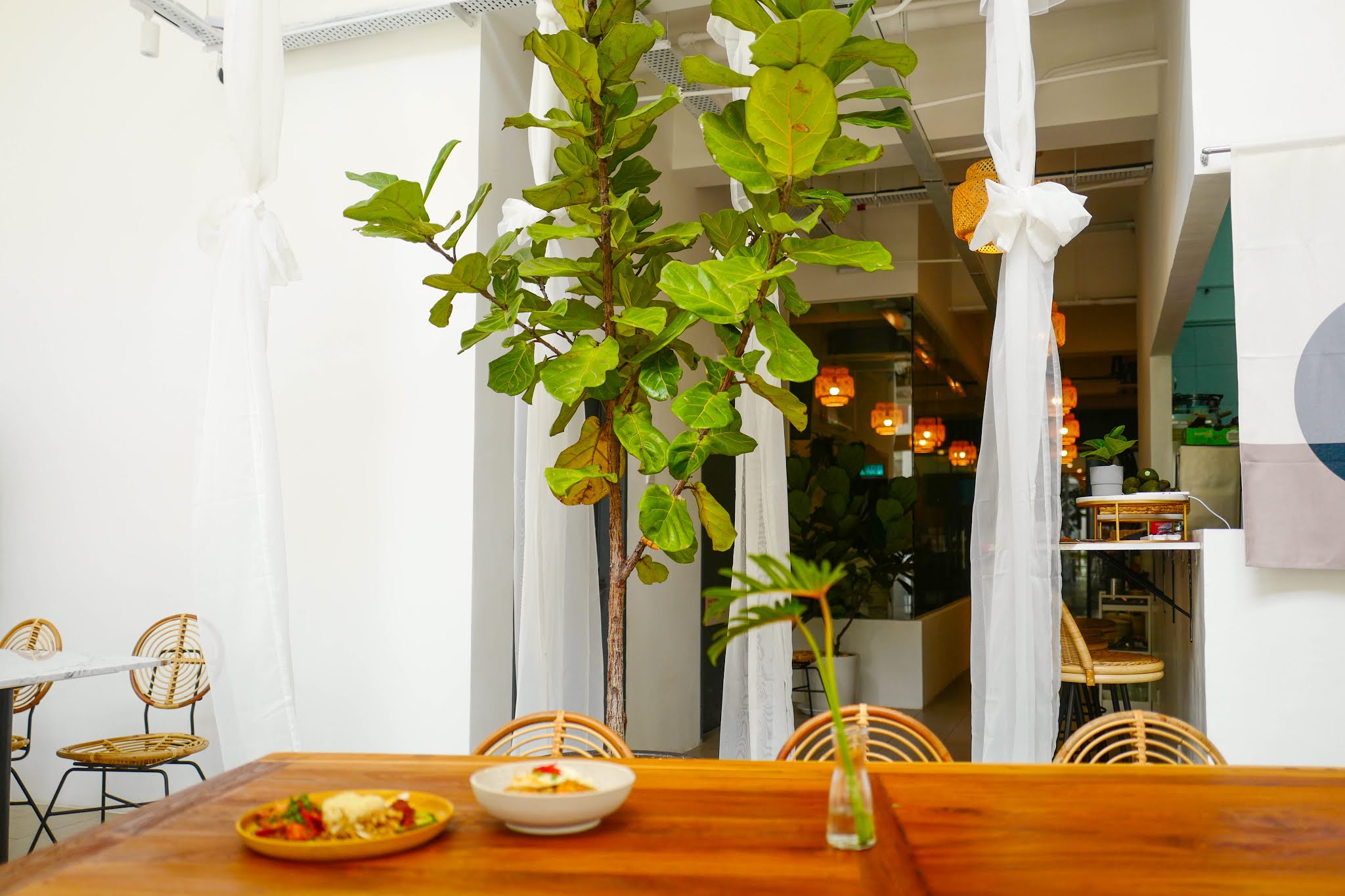 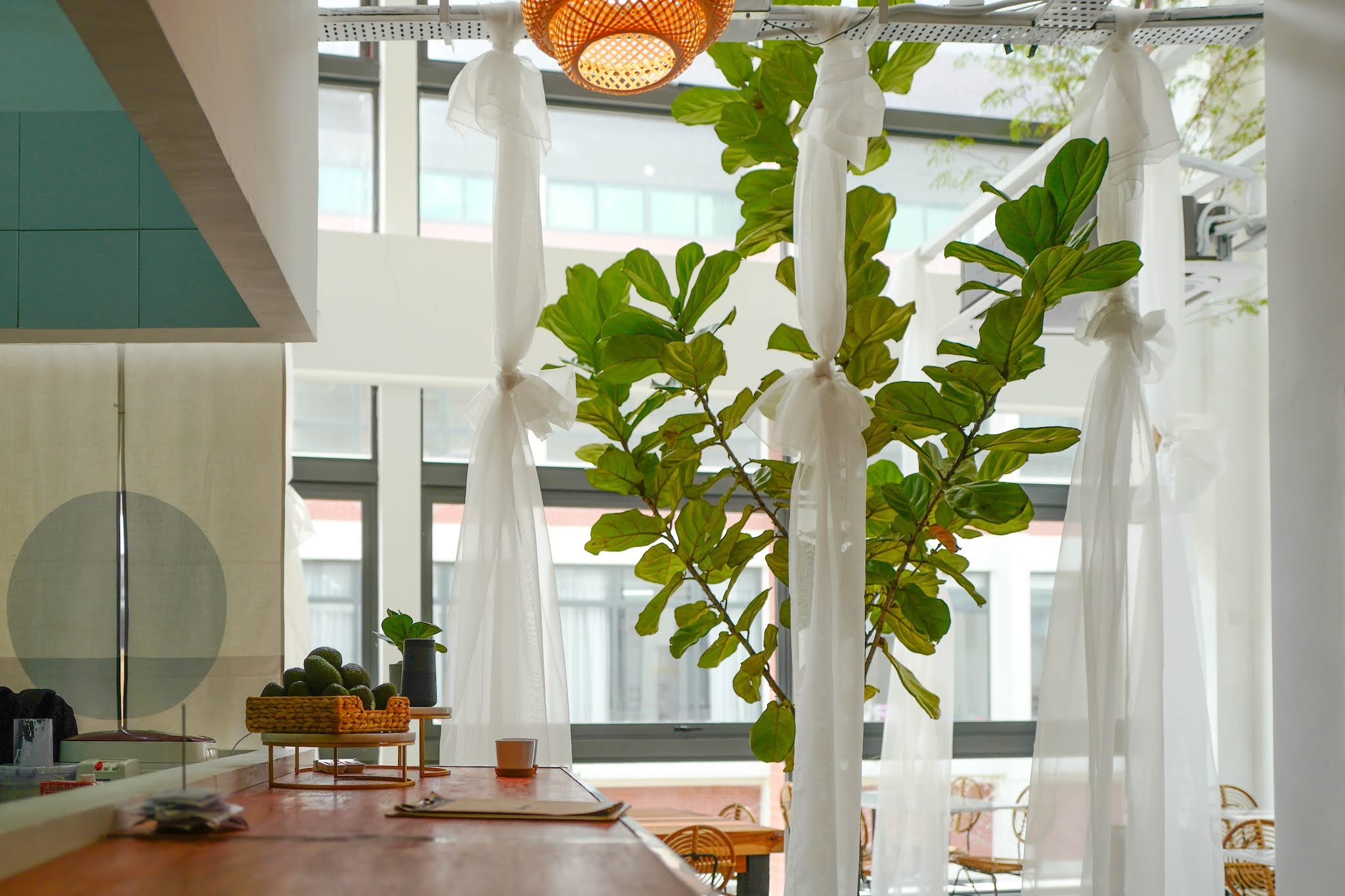 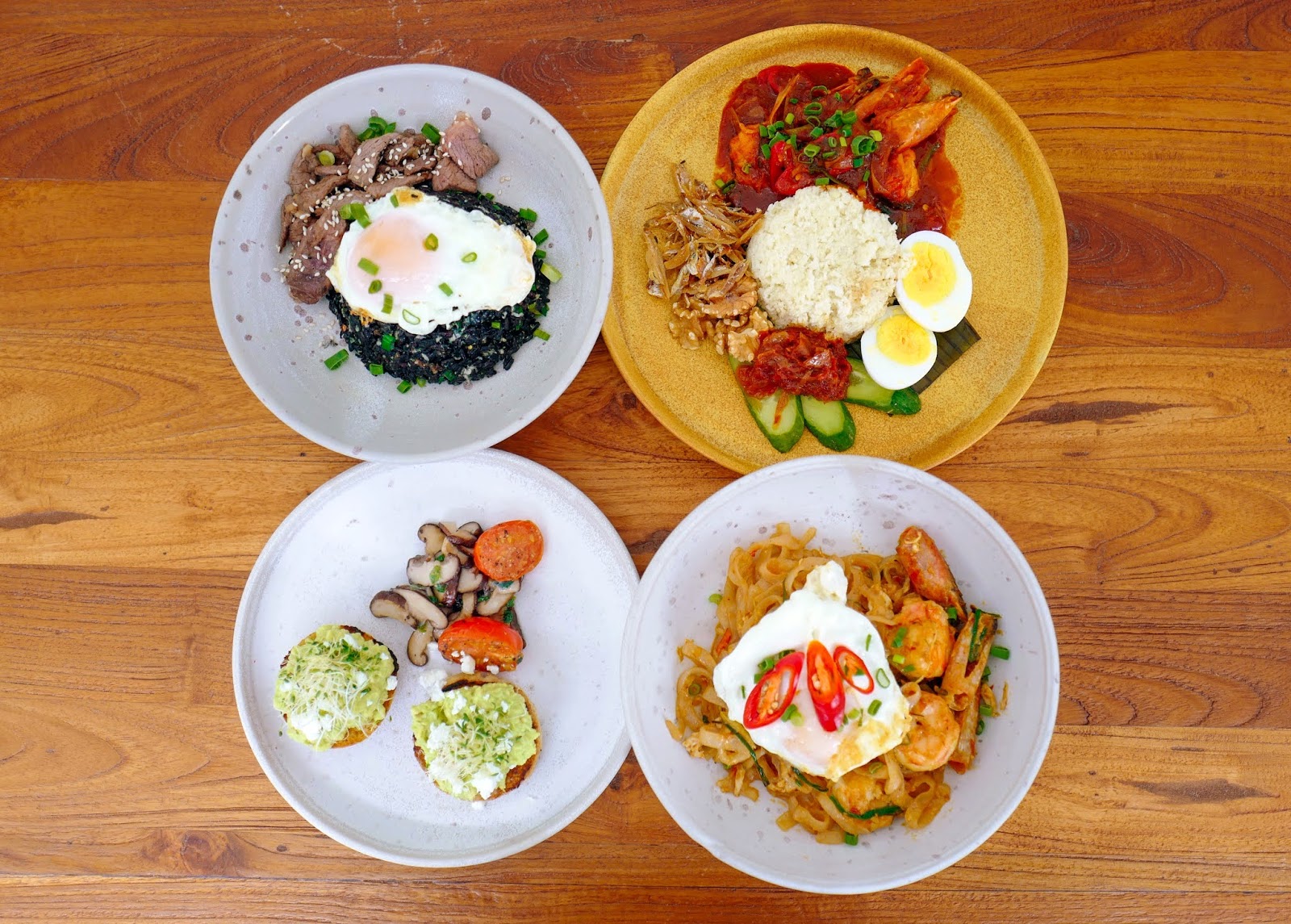 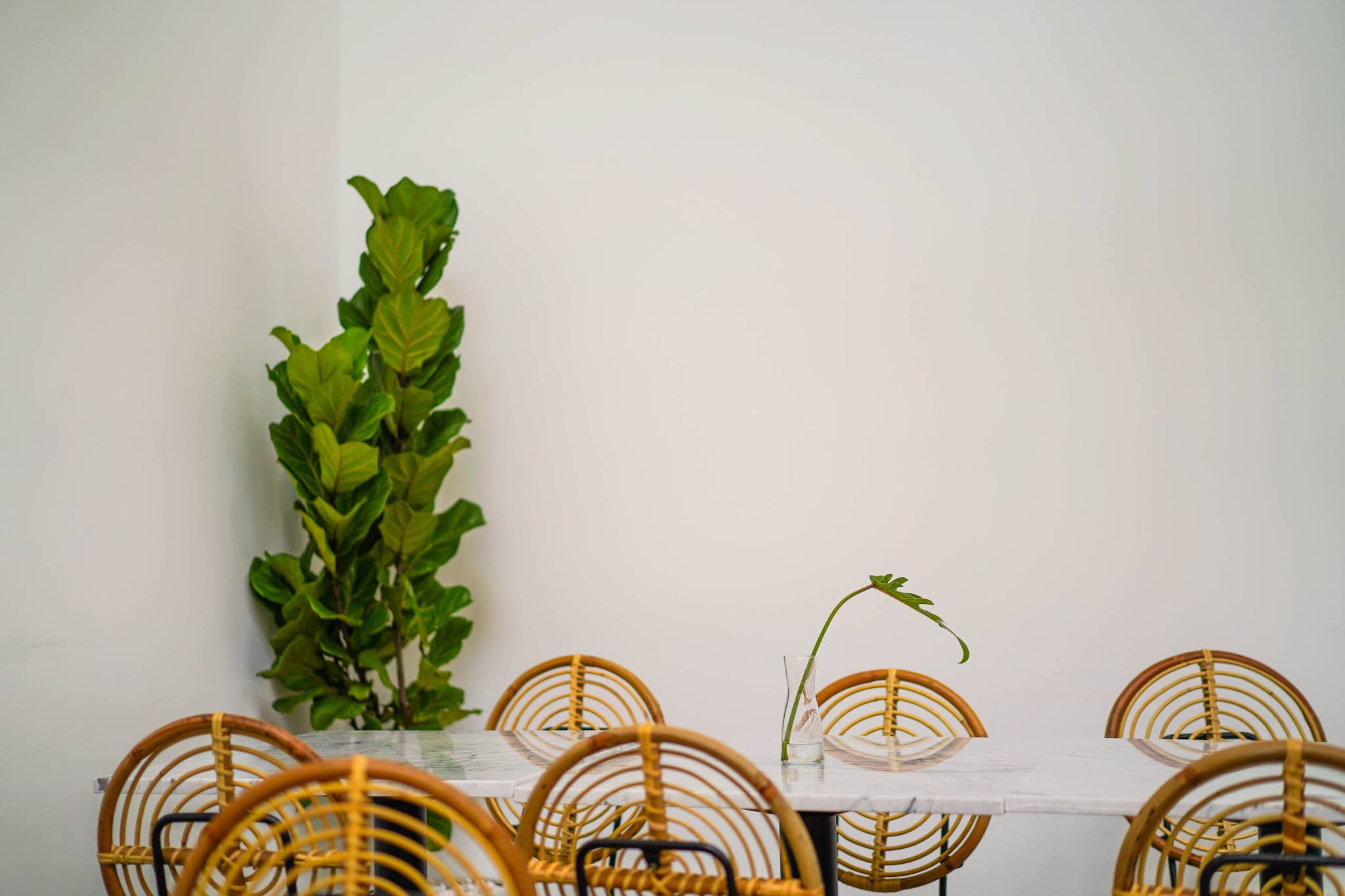 Staple Eats has a solid foundation for its offerings. It starts with the thoughtfully sourced ingredients - not just grass-fed beef but milk from grass-fed cows in Johor; not merely gluten-free bread but keto-friendly bread too, baked in the kitchen here; zero-glycemic monkfruit sweeteners that cost five times more than regular sugar; fresh coconuts that produce coconut oil to replace all other forms of cooking oil; and much more.

The recipes have been meticulously fine-tuned. Staple Eats ran deliveries for a year before opening the restaurant; its founders consistently consult with a medical doctor who has guided their dietary habits for over 20 years. Their menu has changed half-a-dozen times in their first two weeks, with constant refinements to broaden their reach even to people who rarely think about healthy eating.

The final key is the culinary crew, led by Sarawak-born chef Jerry Siah, who brings a background of fine dining to Staple Eats' table. Jerry has honed his craft all across Asia in the past decade - his resume spans South Korea, Japan, Hong Kong, Australia, Indonesia, the Philippines and Singapore - so his professionalism is evident on every plate, elegantly conceived and expertly executed. Watching him and his team work in the open kitchen is one of the pleasures of Staple Eats. 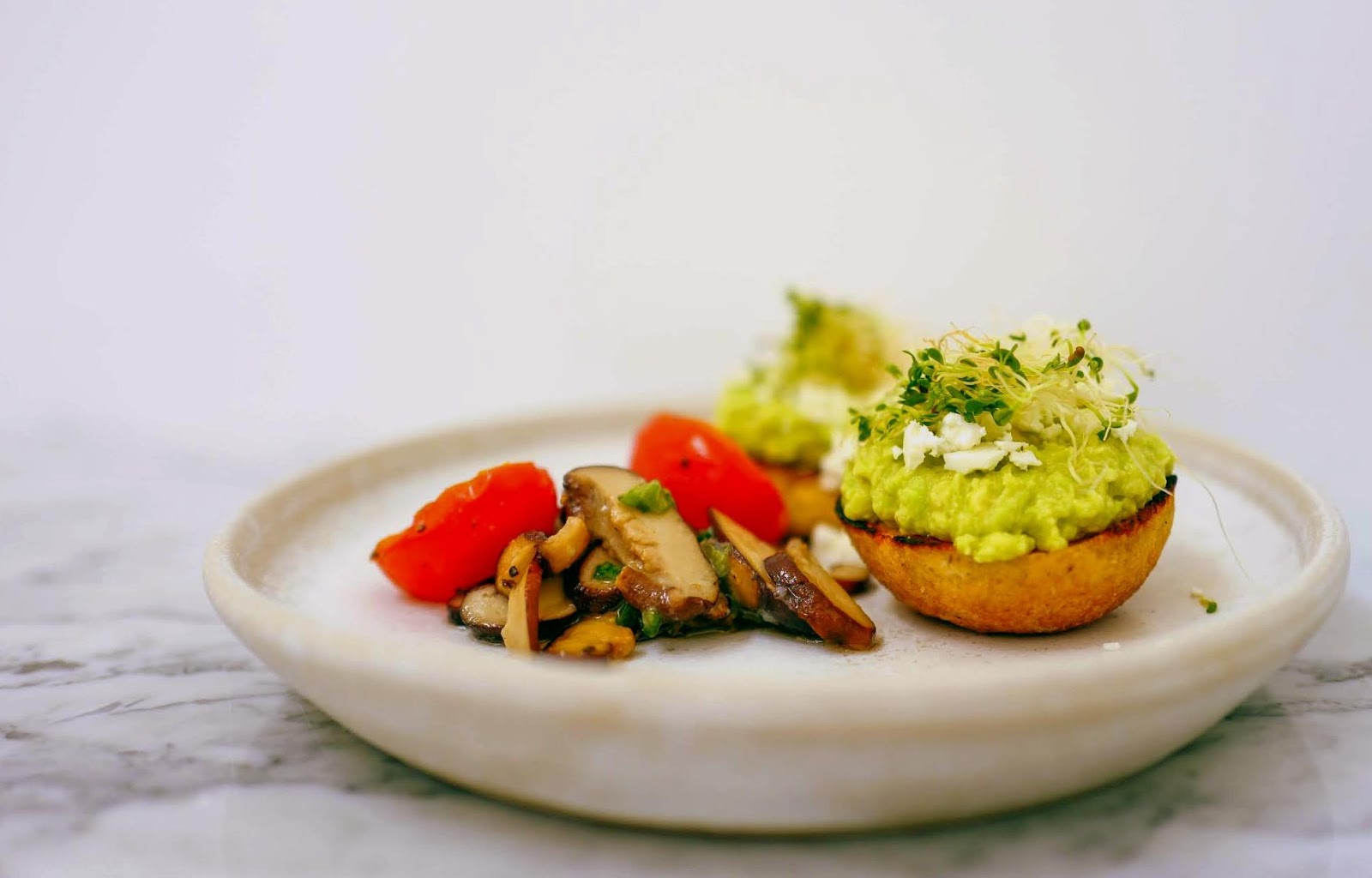 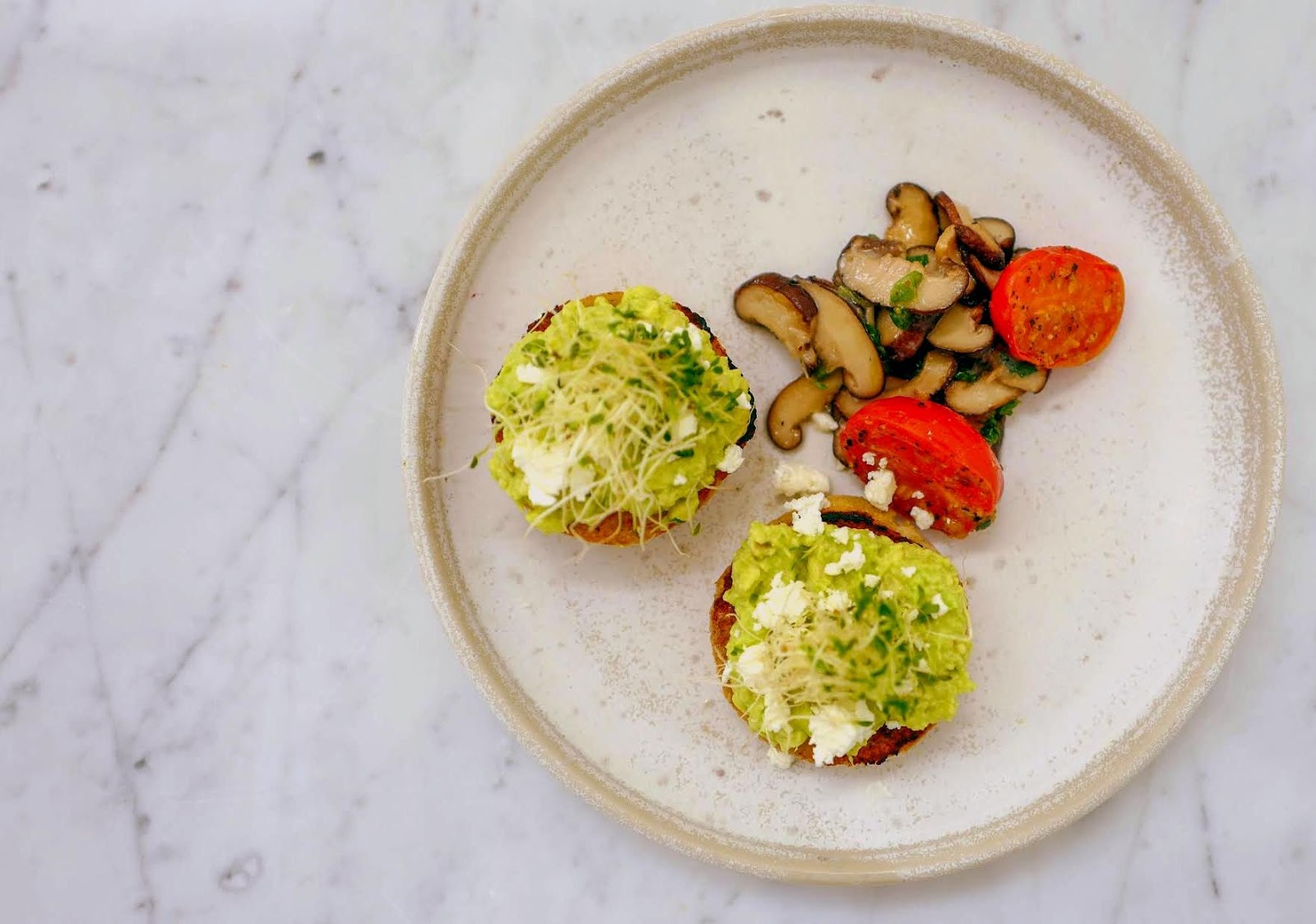 Staple Eats proves that you can still indulge in brunch without feeling the guilt. The morning menu (9am-1pm) hits all the crowd-rousing notes, from Eggs Benedict to Steak & Eggs, with behind-the-scenes efforts to ensure everything is as good as it gets, health-wise. If you see chicken on the selection, it's free-range meat; if you see eggs, fruits and vegetables, they're organic. What you won't see, though, are refined sugar, vegetable oil, MSG, or anything that the family here wouldn't consume themselves.

We love the Avocado Toast (RM18.90), a familiar favourite done with a nourishing flourish, with smashed avo and feta cheese over a choice of keto or gluten-free bread, rounded out with sauteed mushrooms and grilled tomatoes. Mimi's personal baking - diabetic-friendly, relying on almond flour instead of wheat, laced with Himalayan salt - banishes all stereotypes of dry, bland bread at health stores; this is fragrant, fresh-textured bread that we'd enthusiastically eat even on its own. 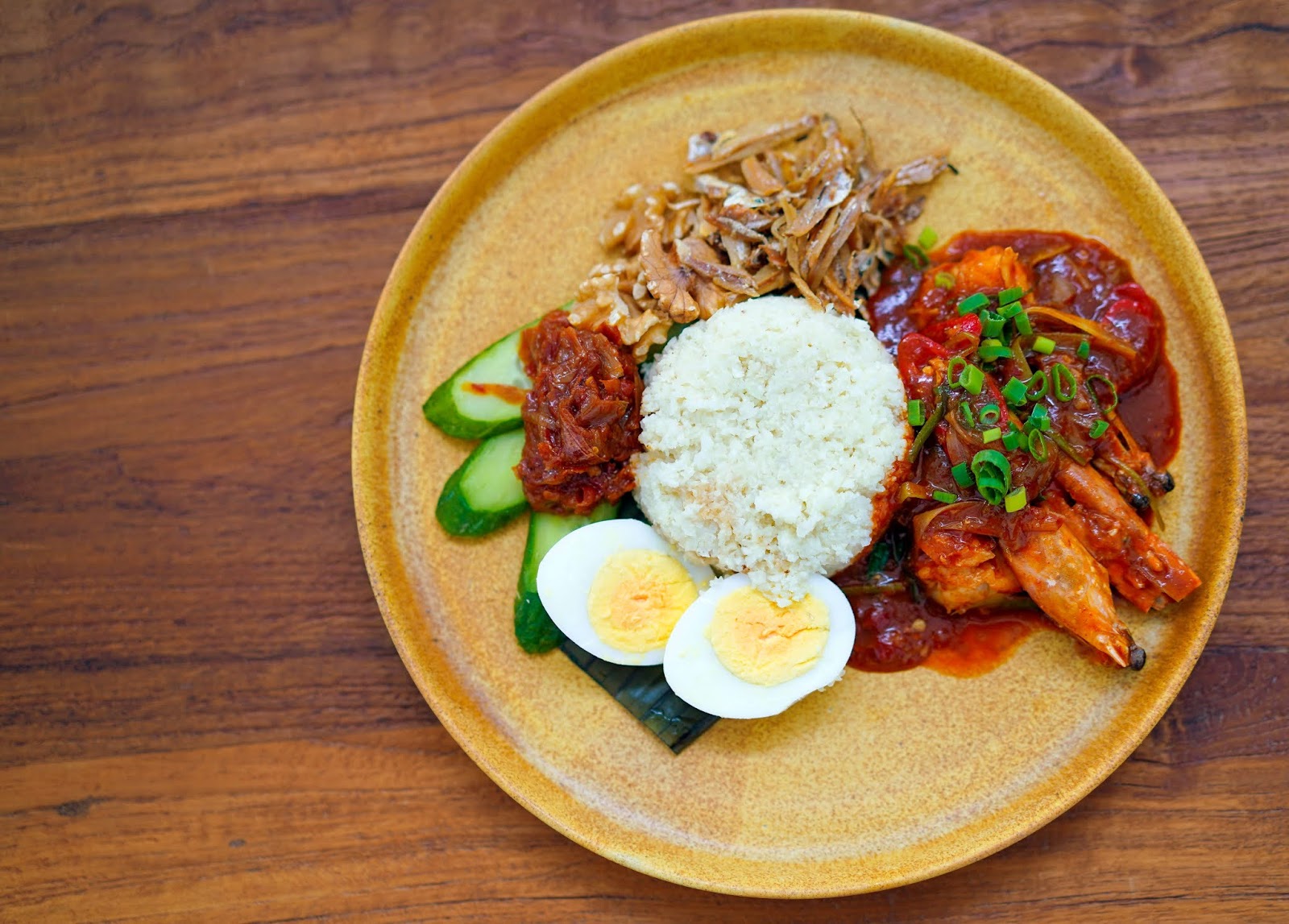 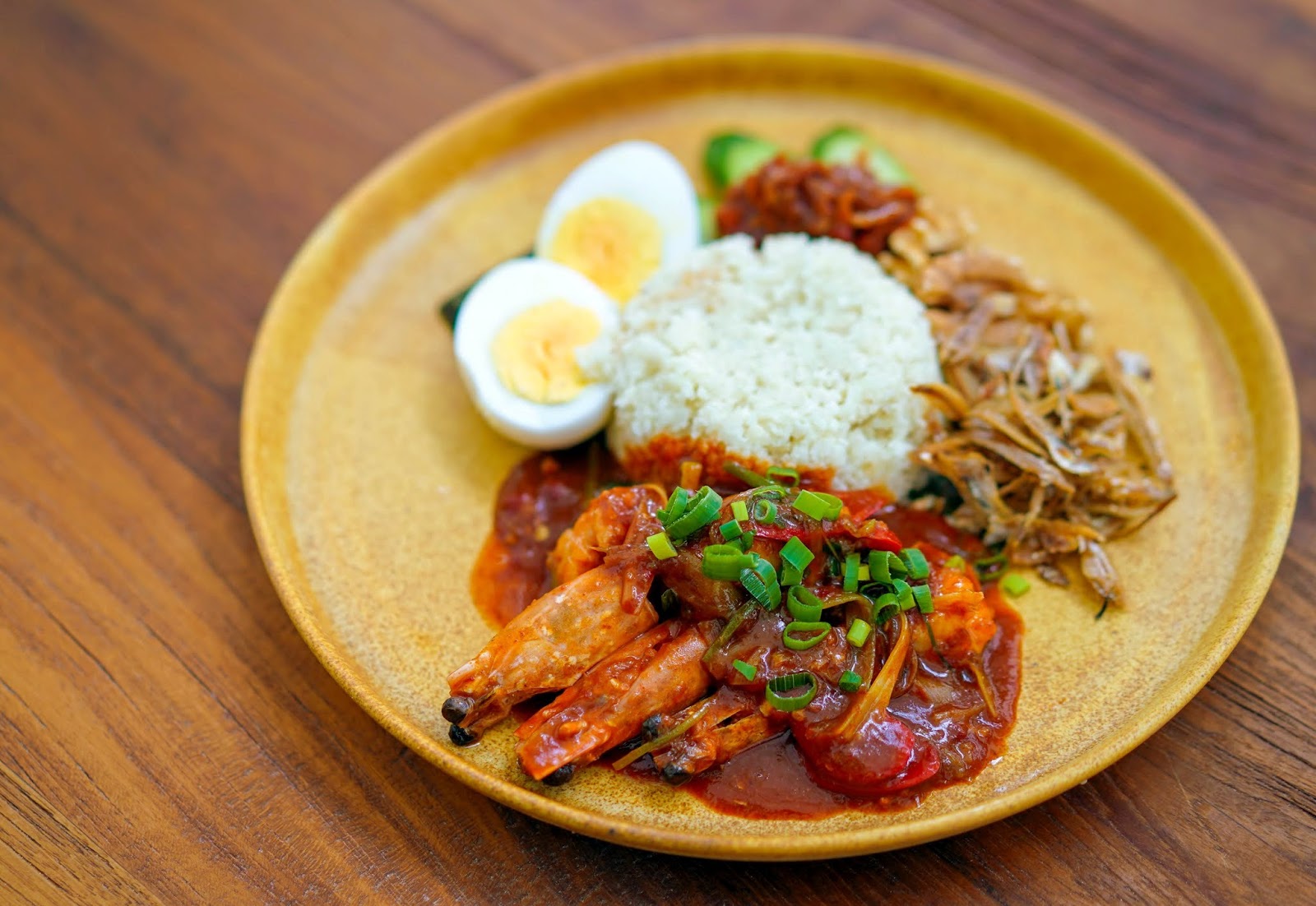 From the main menu, nasi lemak is transformed into a dish you can savour regularly without harming the health. The Keto Nasi Lemak (RM9) features cauliflower rice, aromatic with coconut oil and milk, along with all the essential accompaniments, including cucumber, hard-boiled egg and anchovies. Groundnuts are substituted with walnuts, lower in calories and higher in Omega-3 fatty acids, while the sambal is another keto rendition, lusciously sweetened with organic onions. Add RM7.80 for a second sambal, coating juicy wild-caught prawns, crisp enough to eat from head to tail. 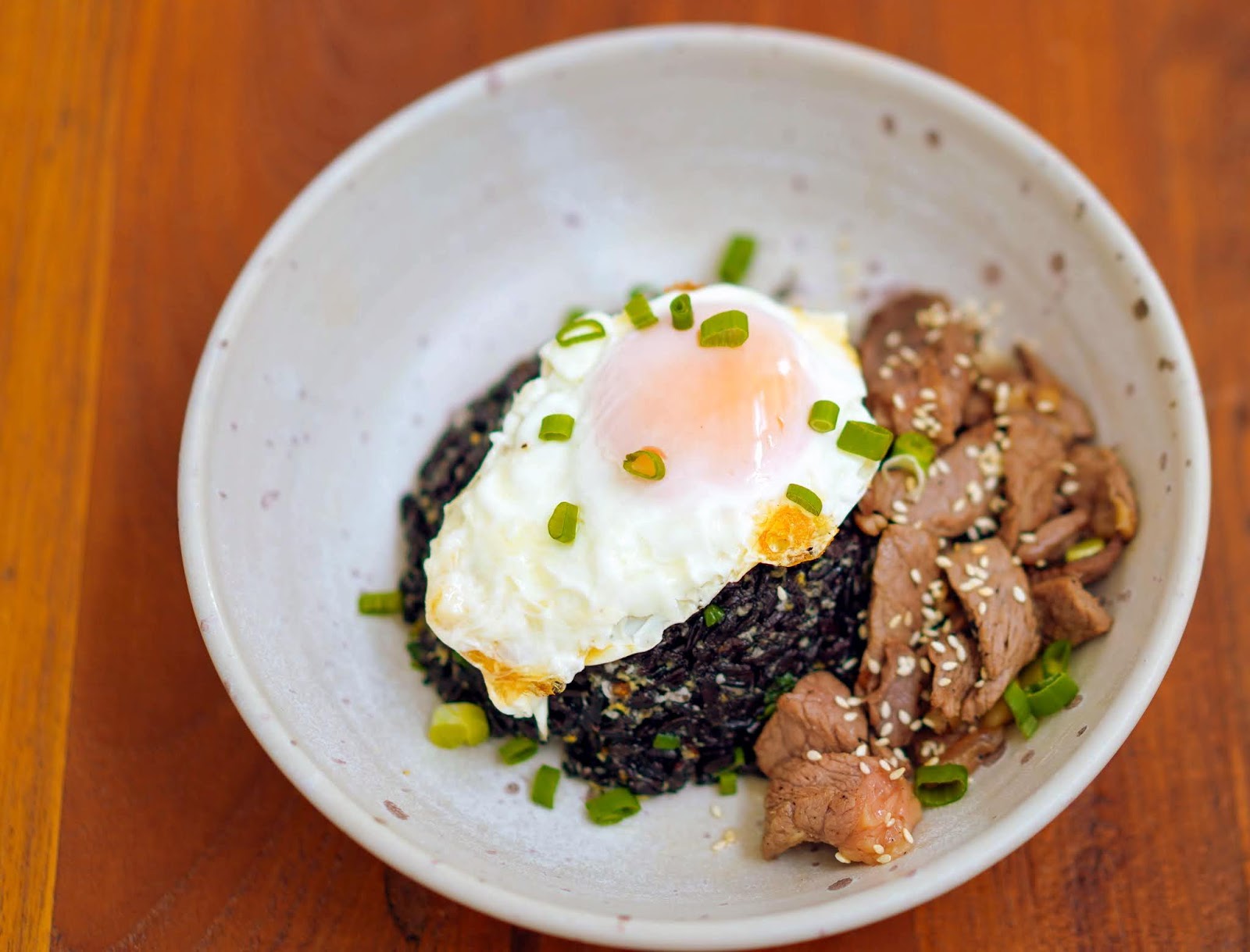 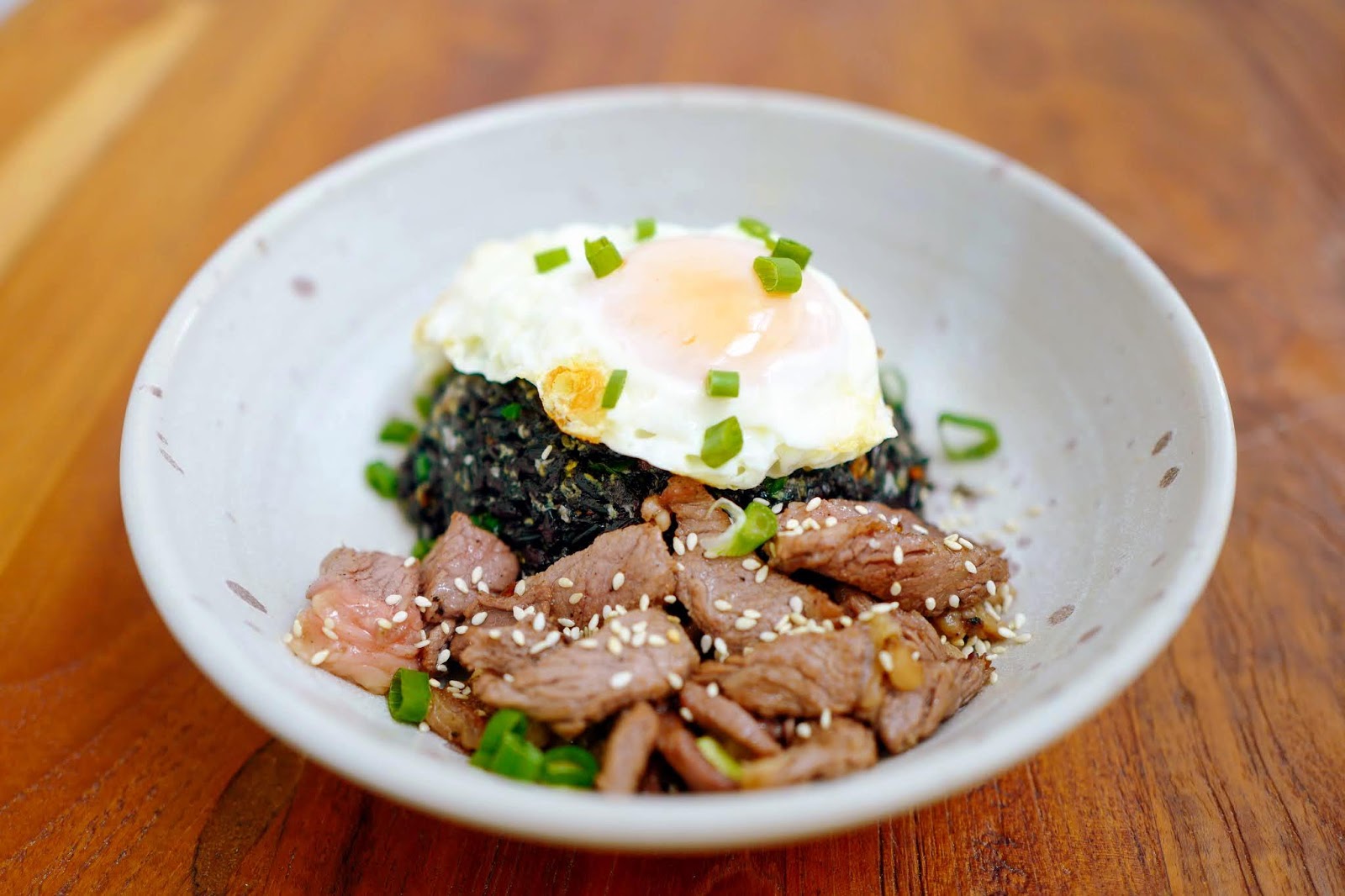 If you crave genuine grains, Staple Eats covers that too, with its Garlic Fried Rice (RM29.90), crafted with wild black rice, yielding a firm bite but a slightly glutinous chew (you can also choose konjac rice for a keto option), with tender Australian beef steak slices and a runny-yolked egg. Staple Eats takes the initiative to secure beef that's not only grass-fed but grass-finished, which means the cattle received a grass or forage diet their entire lives, resulting in meat that's leaner than its grain-fed counterparts but richer in nutrients tied to immunity and anti-inflammatory benefits. 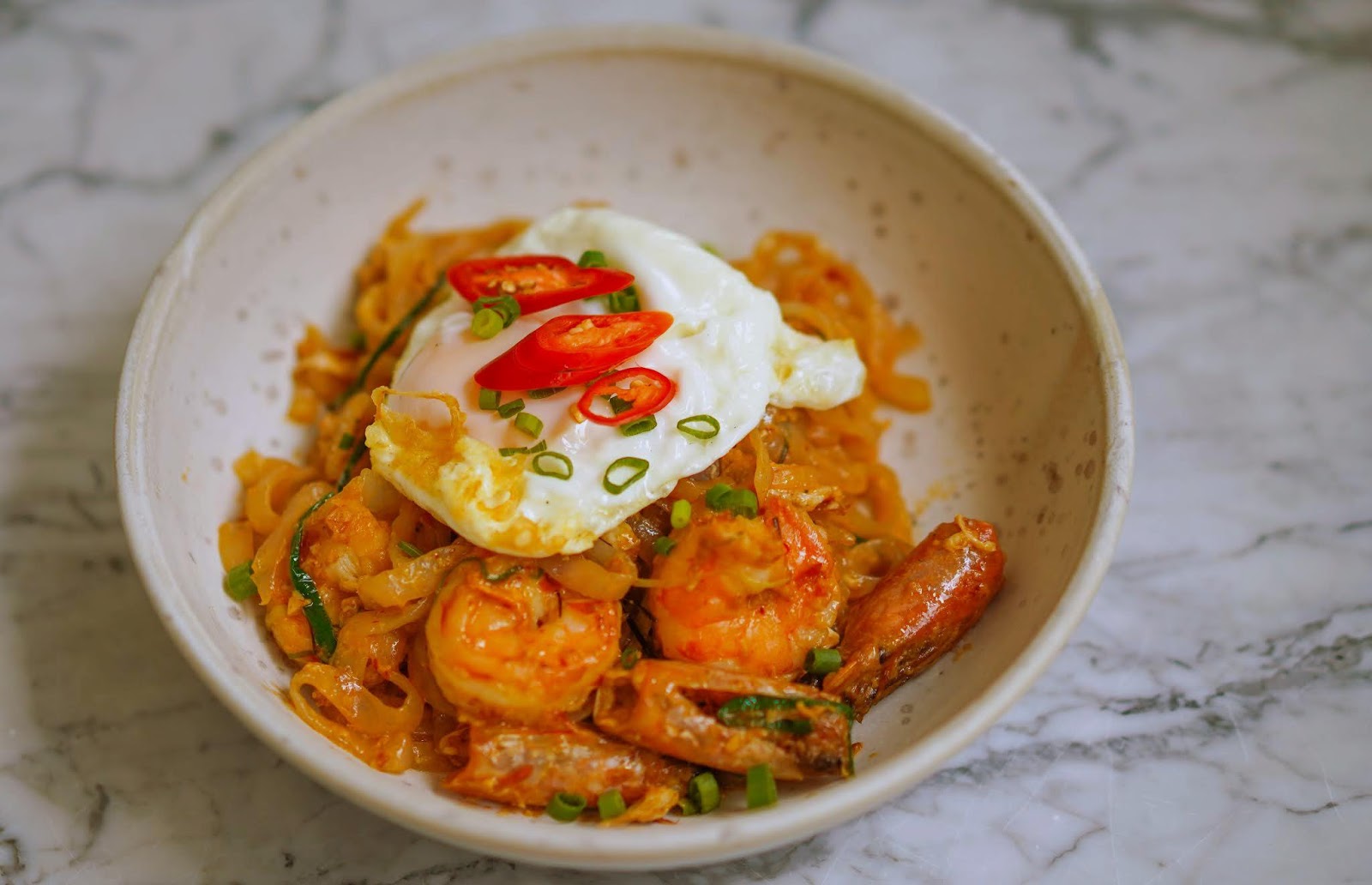 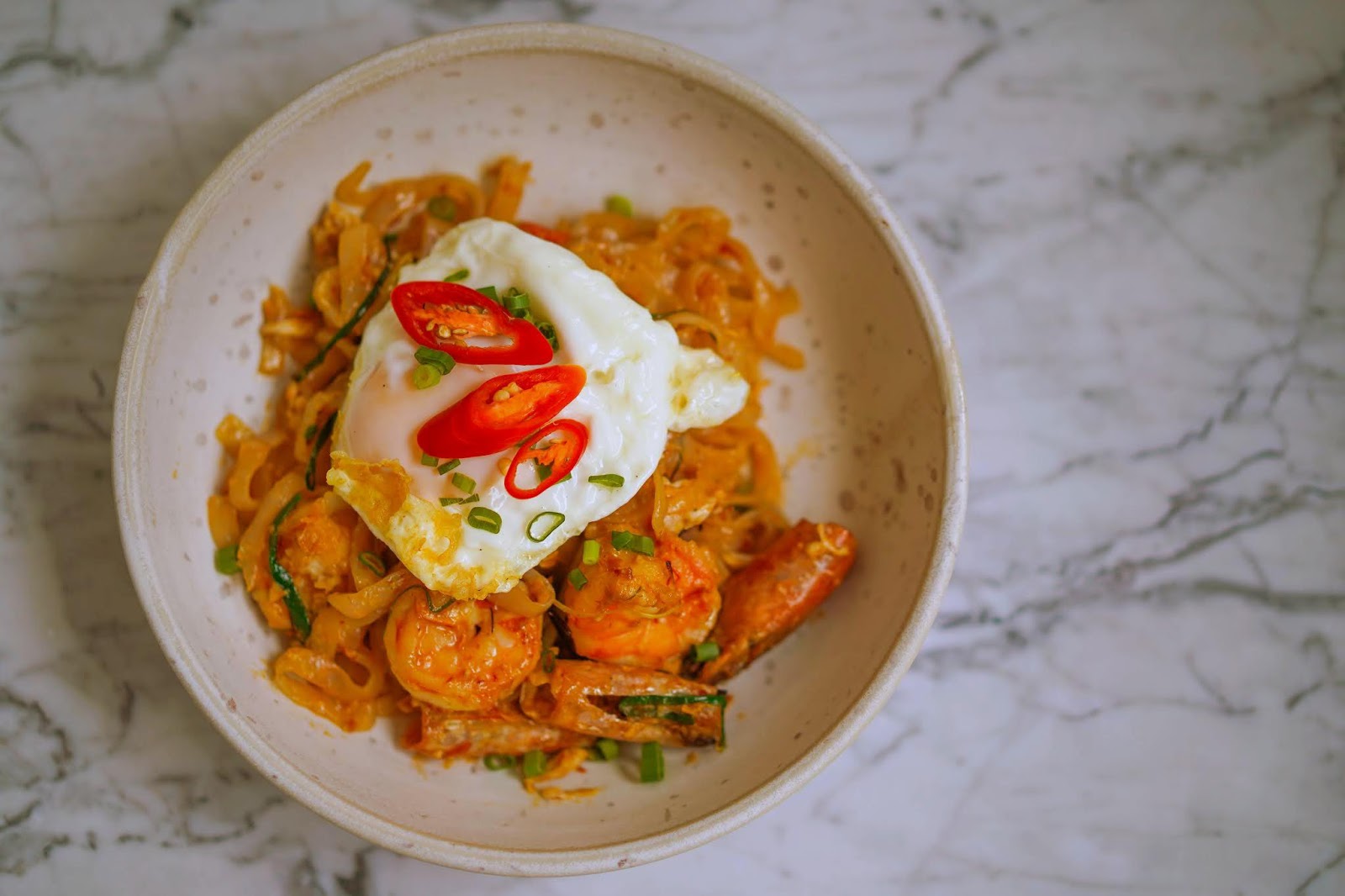 We might not expect to discover char kway teow in a healthful restaurant, but here it is: Staple Eats' signature Keto Duck Egg Char Kway Teow (RM19.90) is constructed with konjac noodles (made with konnyaku potatoes, the edible tuber that you've seen in Japanese dishes like oden). These konjac noodles have a slick, smooth spring, making them almost an al dente version of CKT, with prawns and creamy duck egg. The soy sauce is the other secret weapon - organic and fermented, free of hormones, supplying the most wholesome umami possible. Sure, it isn't the same as a glorious, gluttonous plate of Penang char kway teow in George Town, but it's still a surprisingly tasty alternative for those afternoons when we lust after CKT. 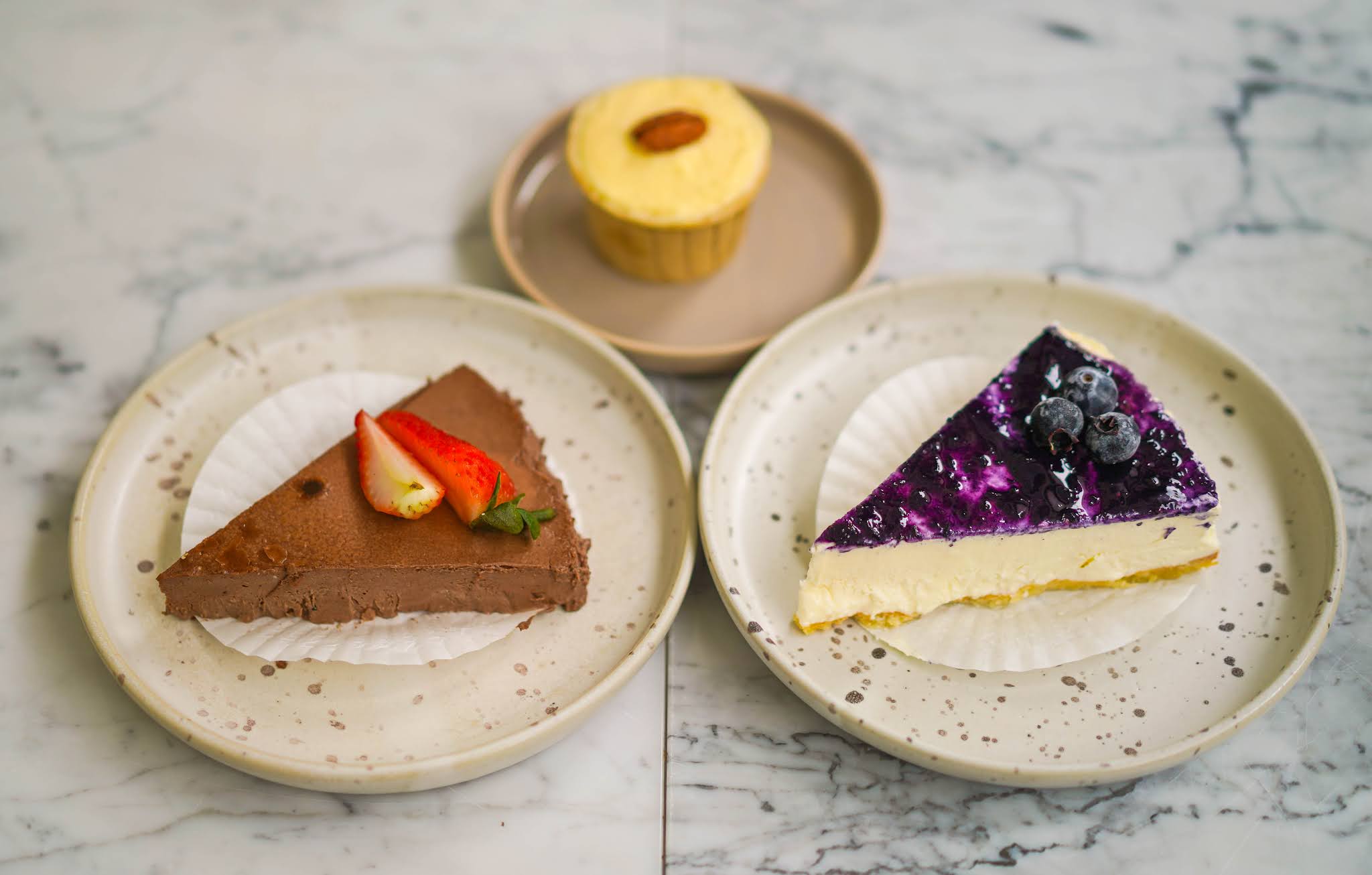 Desserts don't have to be a no-no here, even if you're cautious about calories. Staple Eats bakes plenty of cakes that abide by admirable dietary philosophies, from the Low Carb Cheesecake (RM20; layered on top with blueberries) to the Keto Cacao Cake (RM20; as soft as mousse, blended with organic cacao beans and grass-fed milk cream, sweetened simply with zero-calorie Lakanto) and Keto Carrot Cupcake (RM15; pecan-crowned, every bit as lip-smacking as any patisserie's cupcake). The restaurant nails the formula for what makes desserts irresistible, with all their decadence intact. 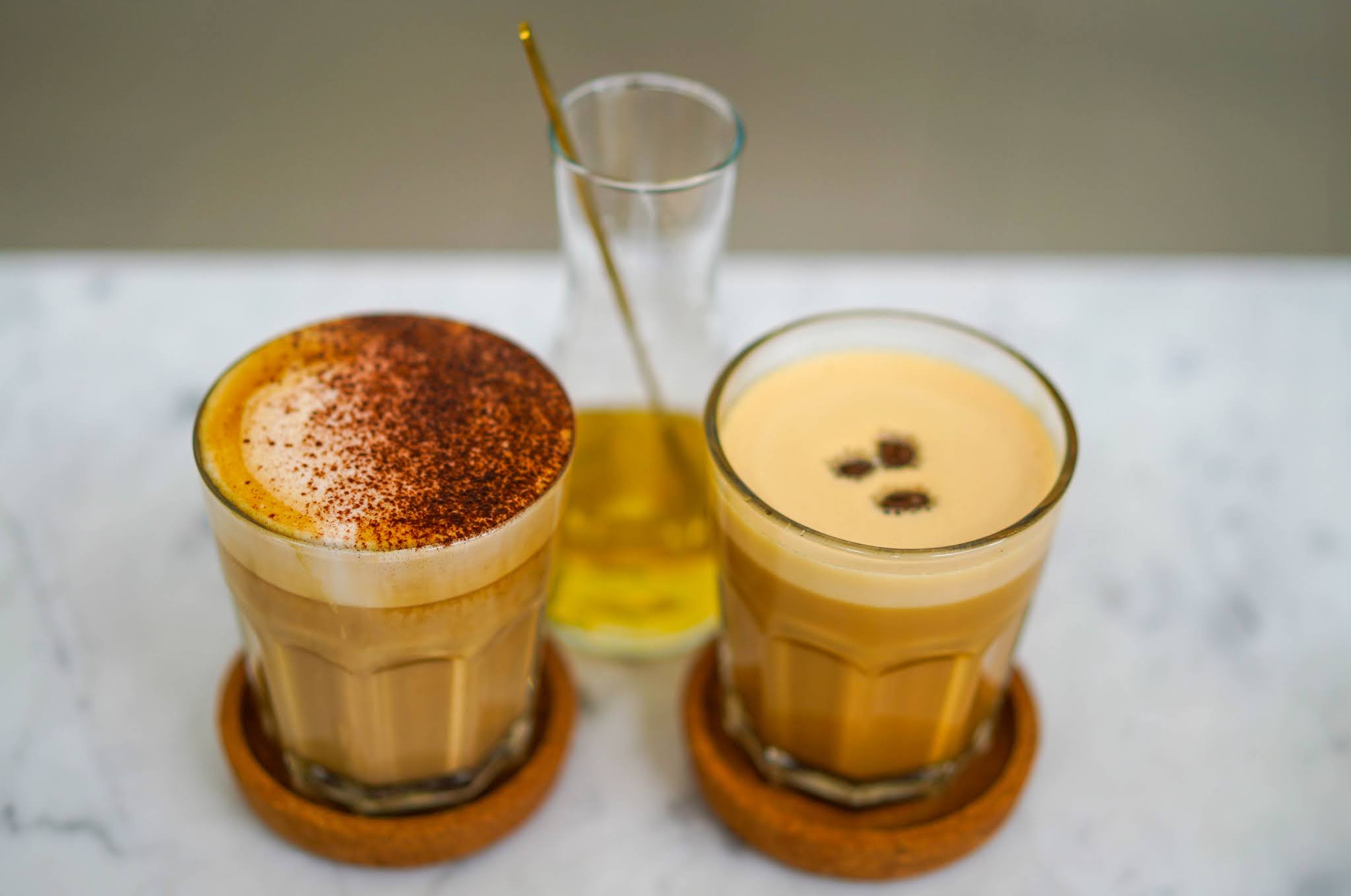 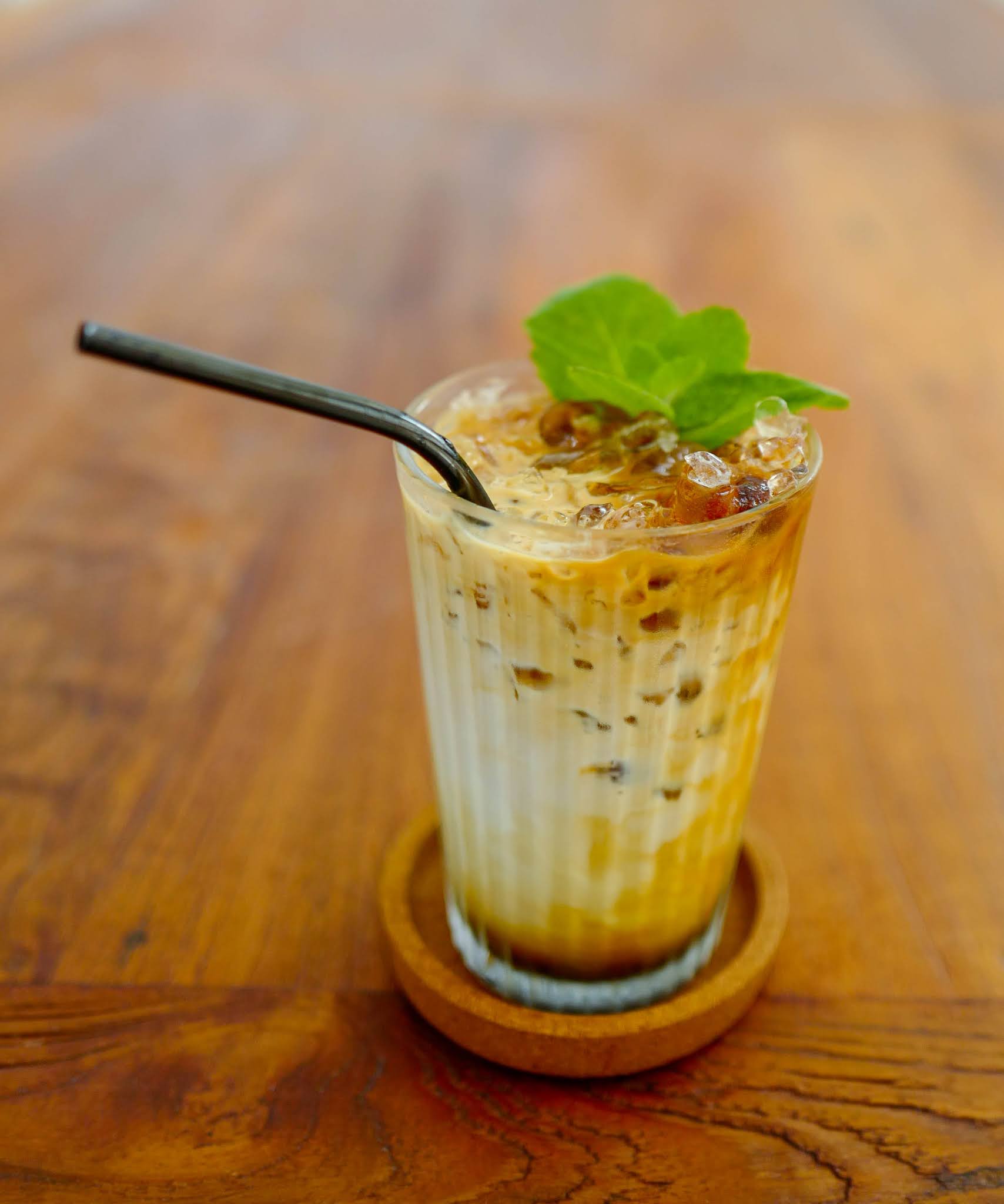 Staple Eats' organic perspective extends to its coffee, with certified Mexican organic beans roasted in Australia, medium-bodied with a mildly nutty finish and mellow acidity. It's a versatile base for well-balanced caffeinated beverages, including the Bulletproof Coffee (RM13; two shots of a long black with Irish grass-fed butter), Cappuccino (RM10; add RM3 for unsweetened almond milk), and a notably reviving Special Mint Latte (RM11; uniquely blended with the pure syrup of peppermint leaves, crushed with a pestle and mortar on order, cleansingly complete with fresh mint leaves).

All in all, it's clear that Staples Eat goes beyond the call of duty to be a health-minded gourmet restaurant that truly delights. Many thanks to the team here for having us. 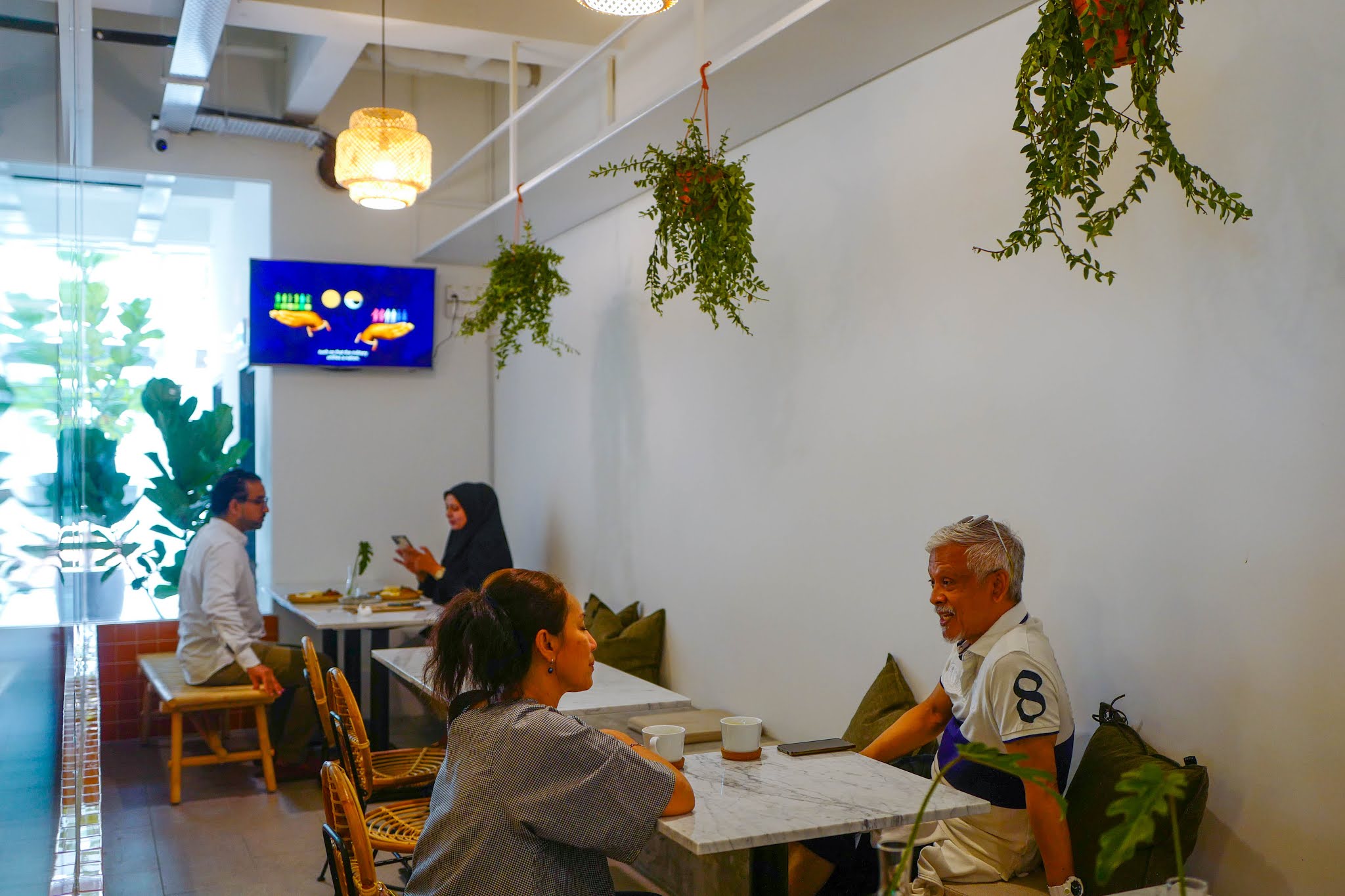 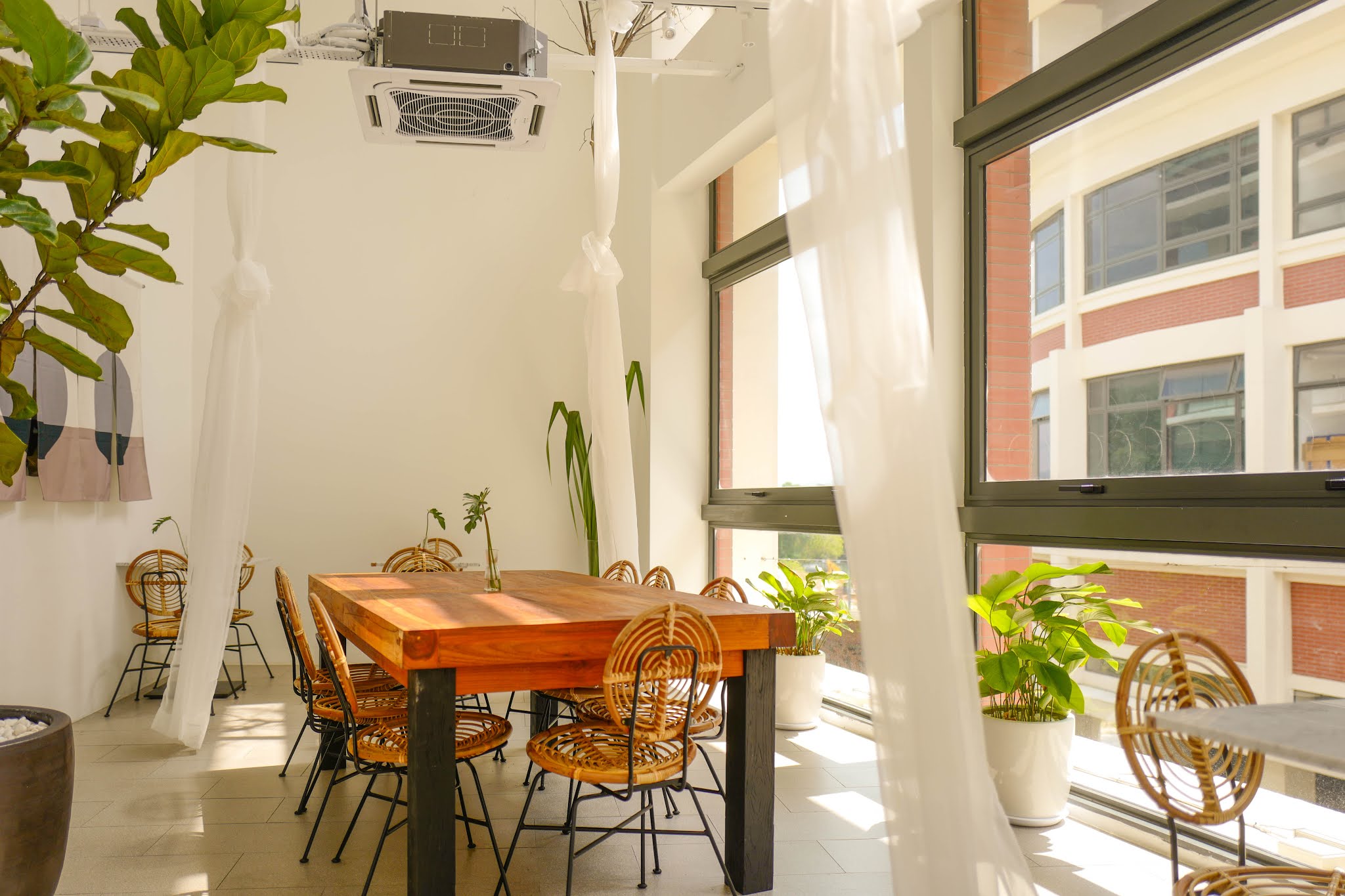 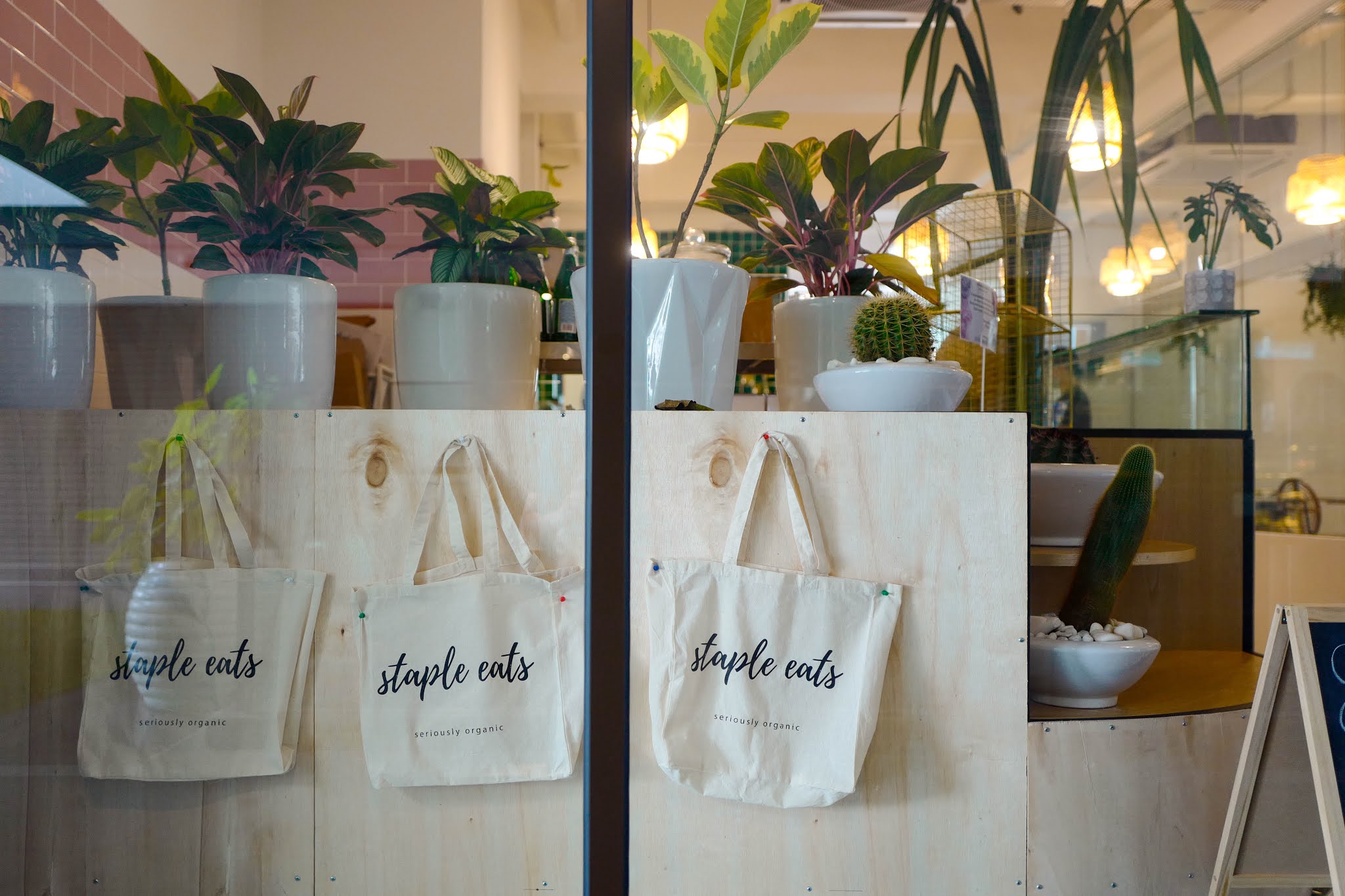 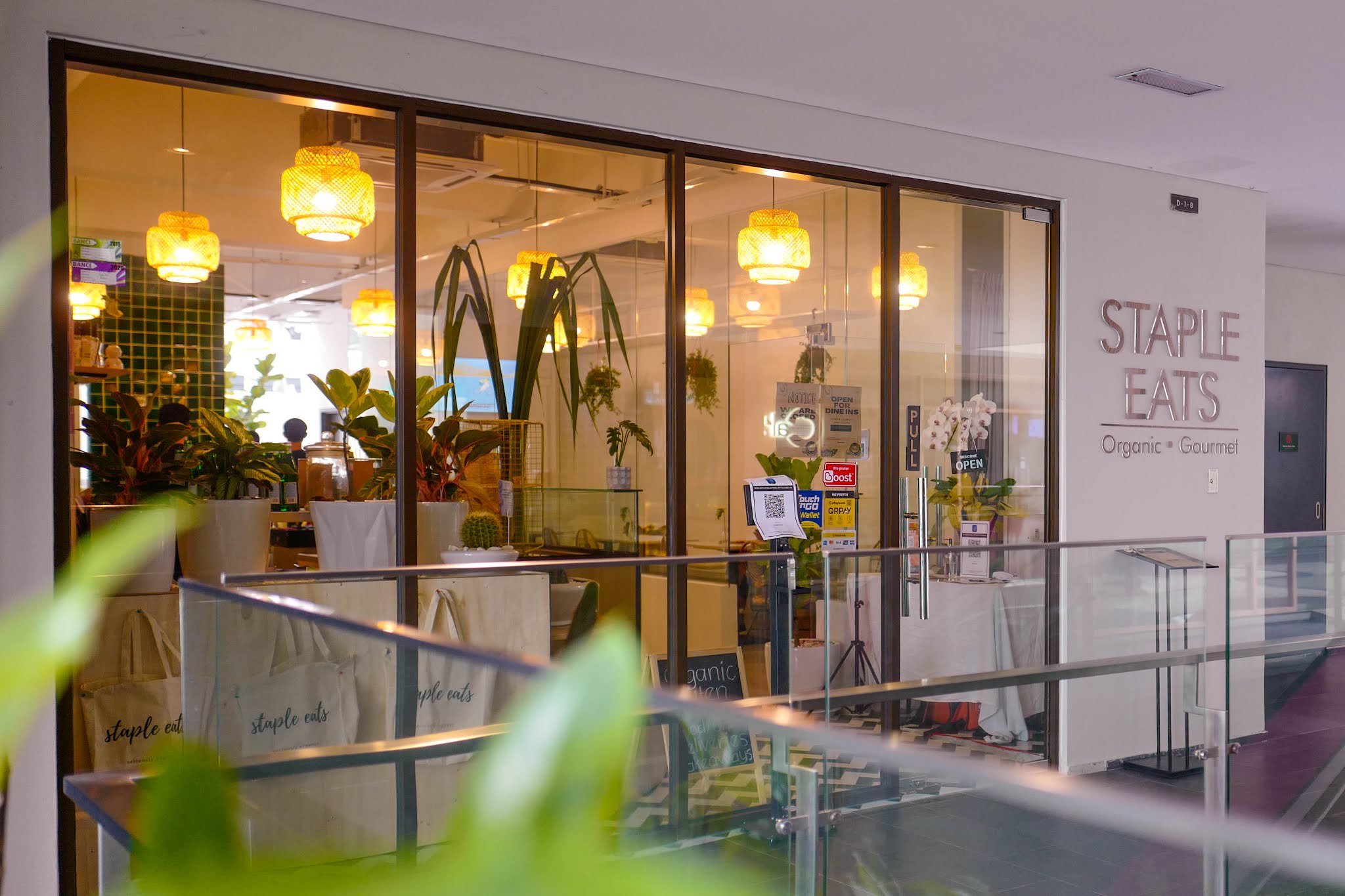 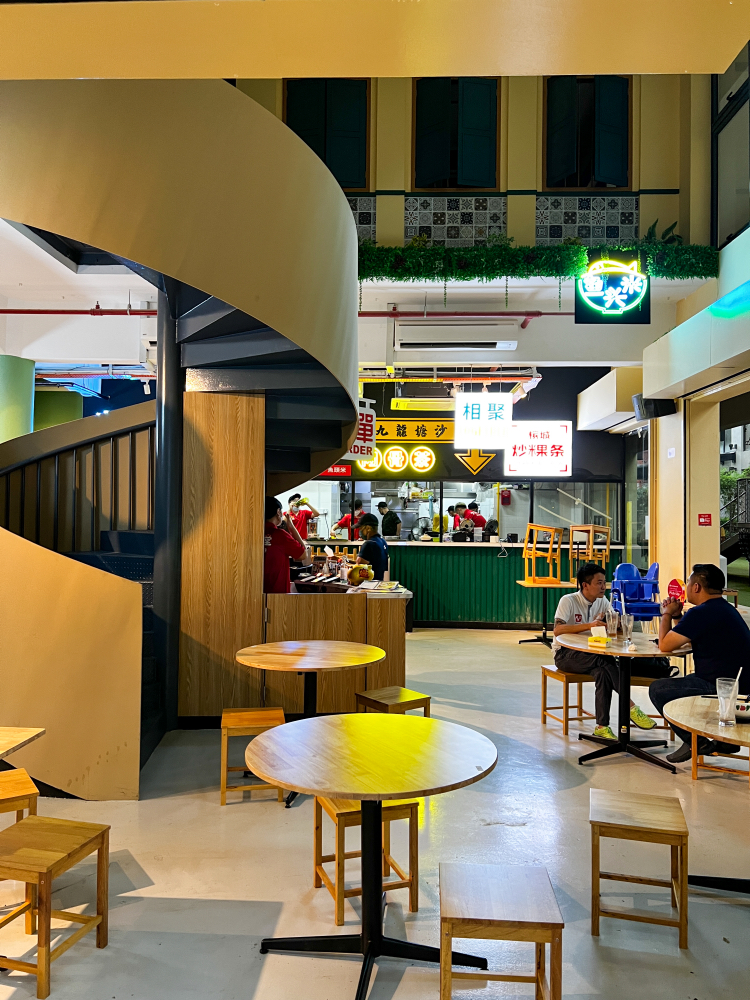