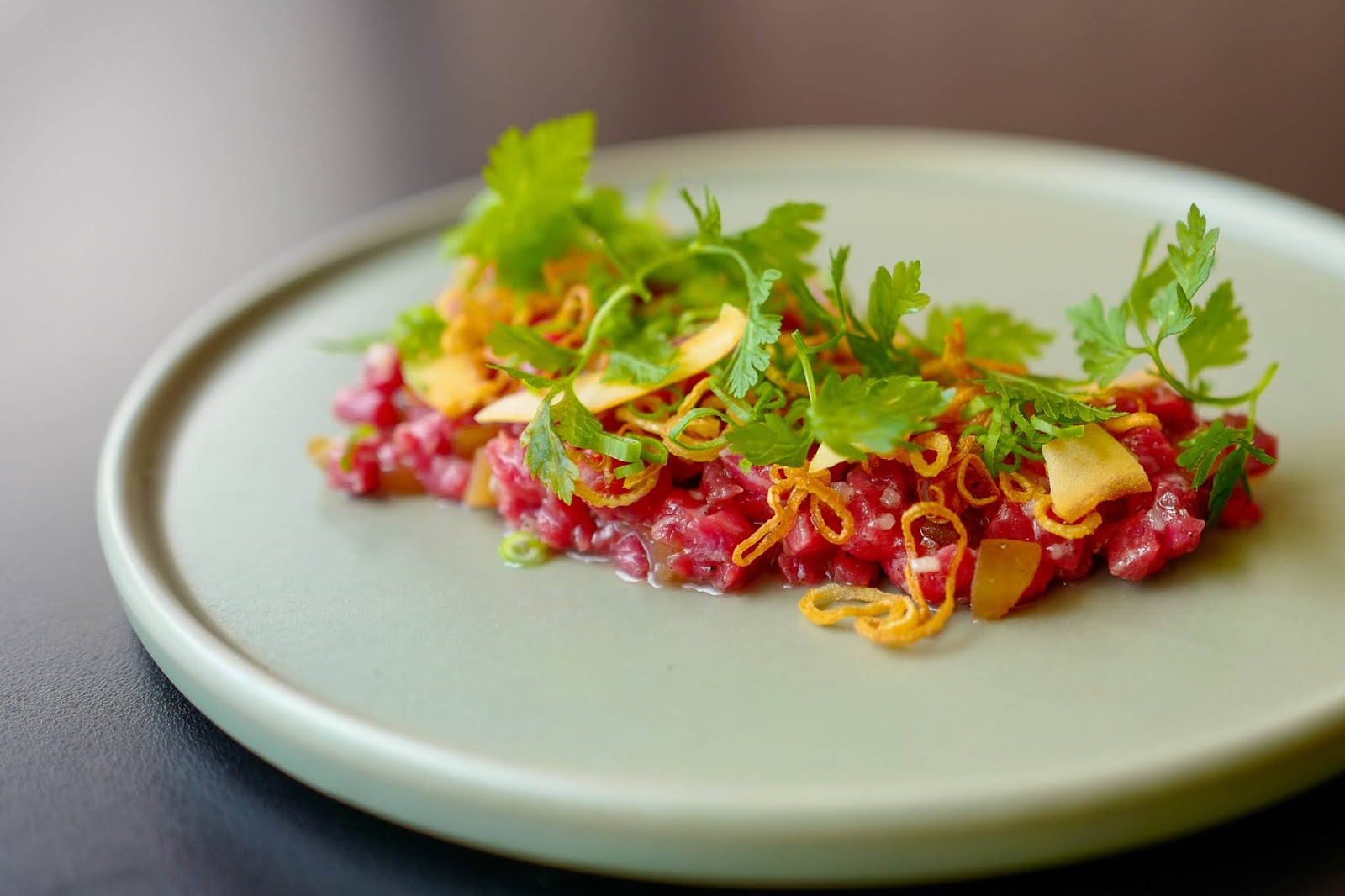 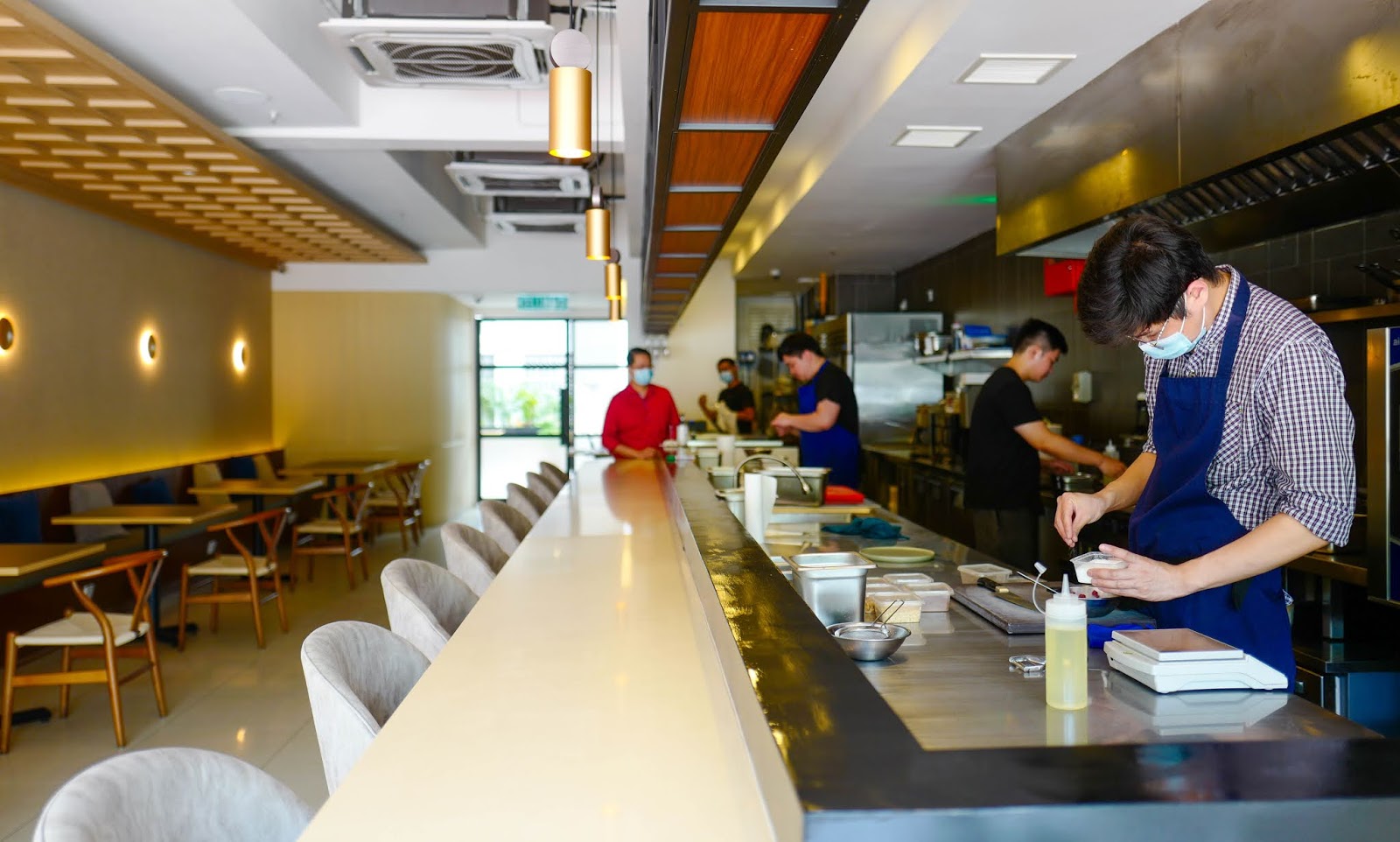 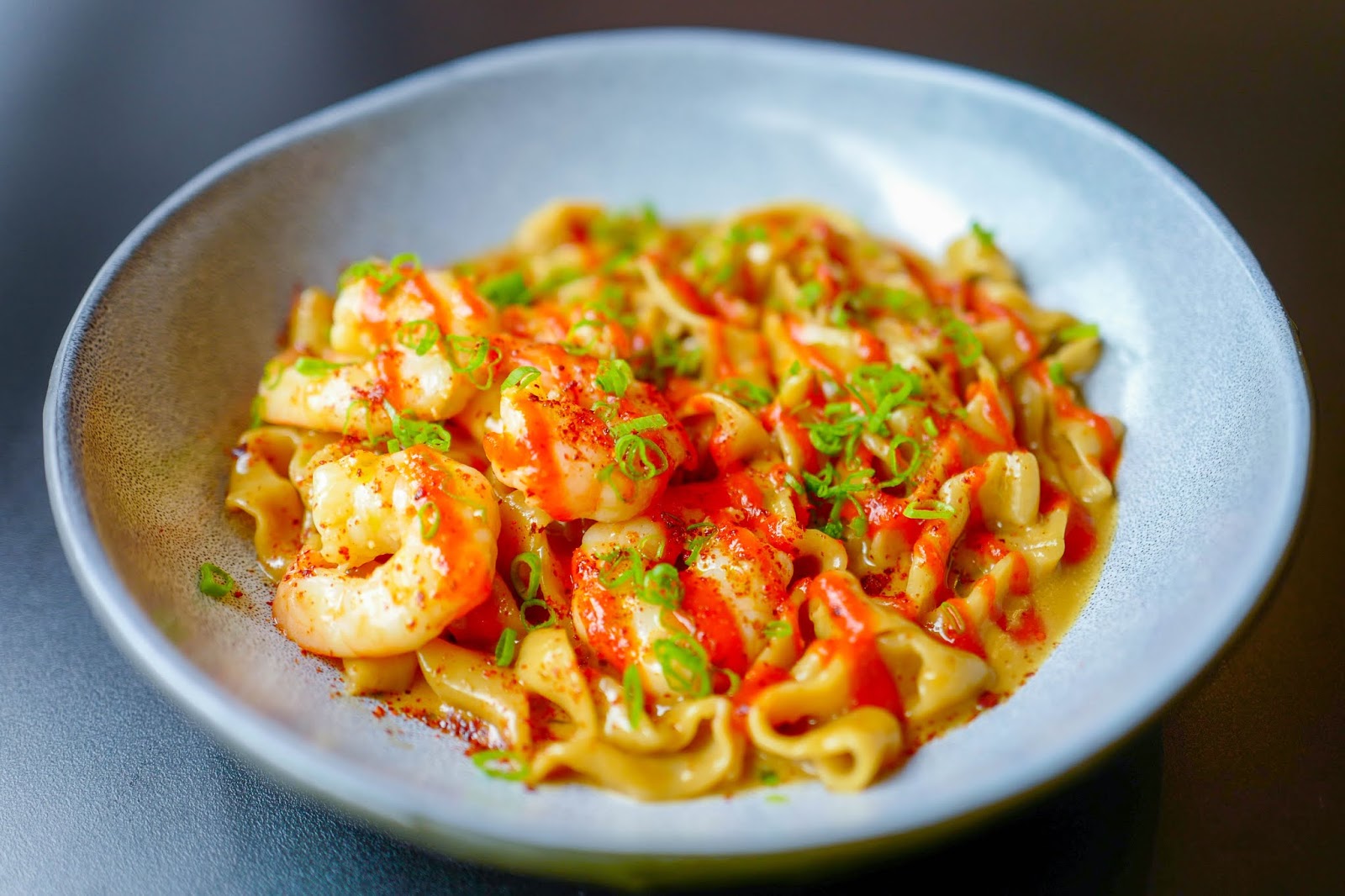 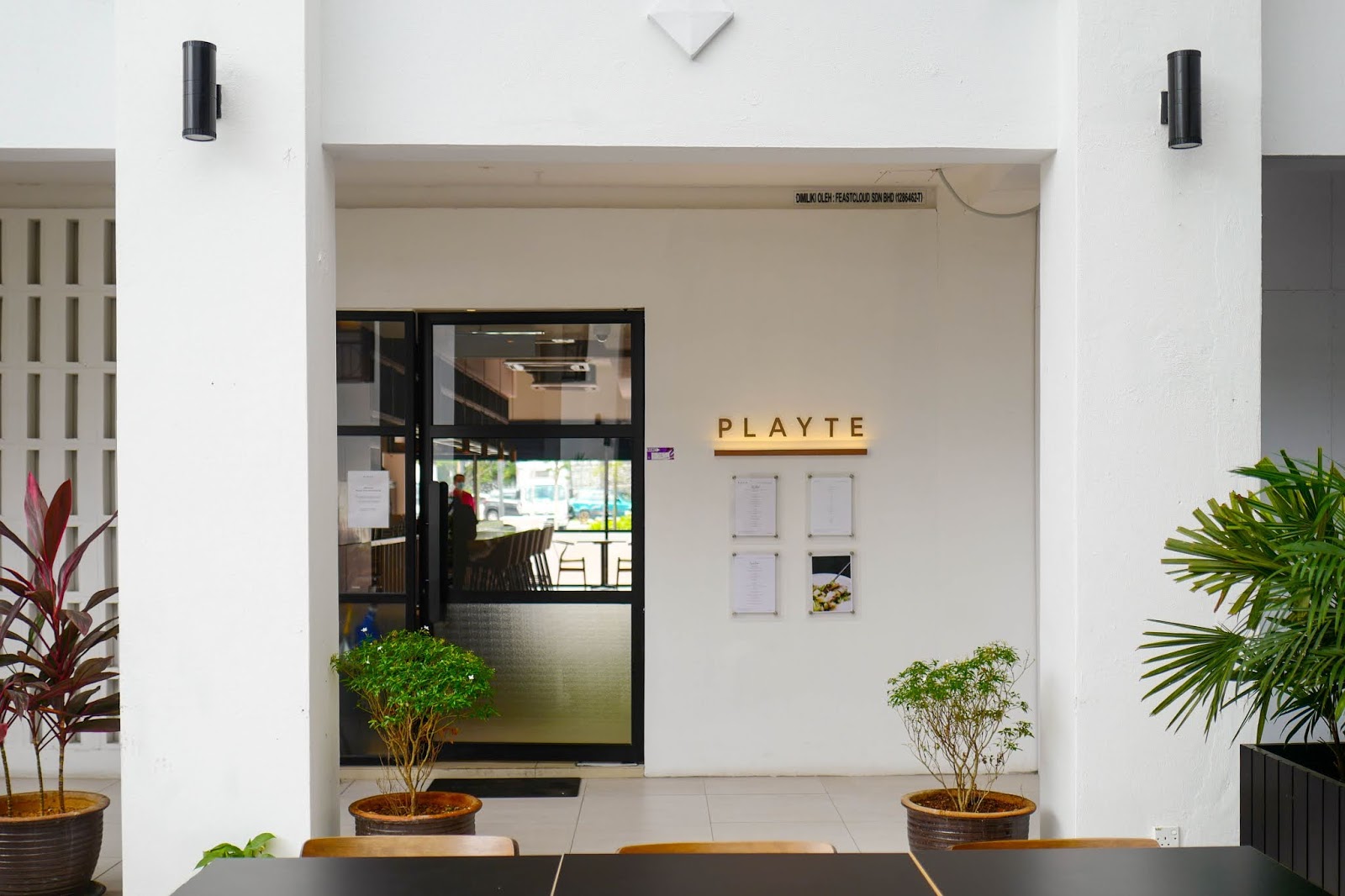 From our current favourite steak tartare in KL to prawn mee that's playfully reimagined, Playte's kitchen has plenty of treats and tricks up its sleeve. One year after we first visited, we return to this modern Asian venue to find a 12-month-old restaurant that's maturing marvellously, embracing changes and challenges under the stewardship of chef Brendon Chen.

For the next few weeks, Playte is specialising in set menus for dinner - two courses for RM73, three for RM85 and four for RM113. If you value culinary creativity combined with craftsmanship and conscientiousness, Playte is a place to support, offering its own original recipes to surprise and satisfy. 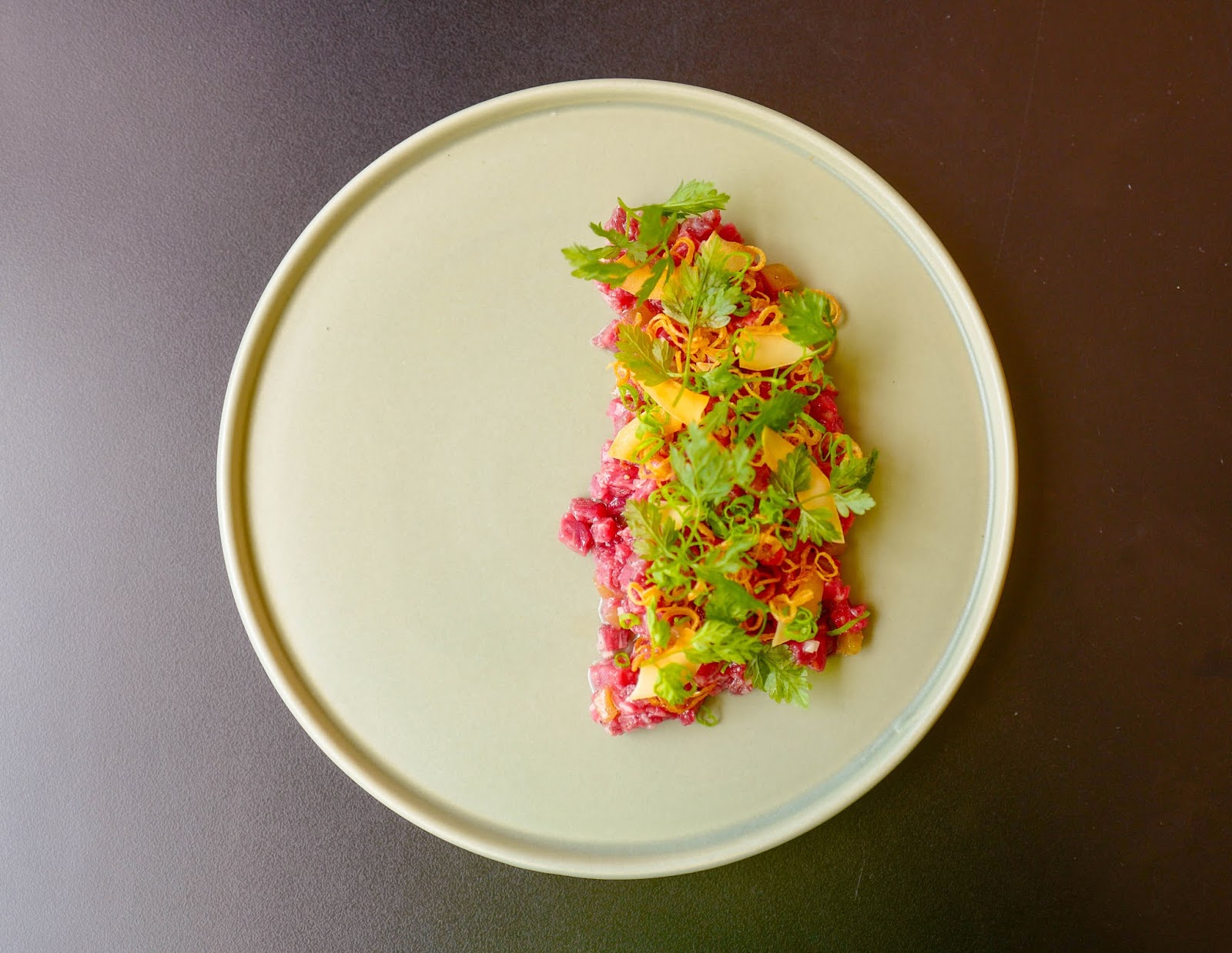 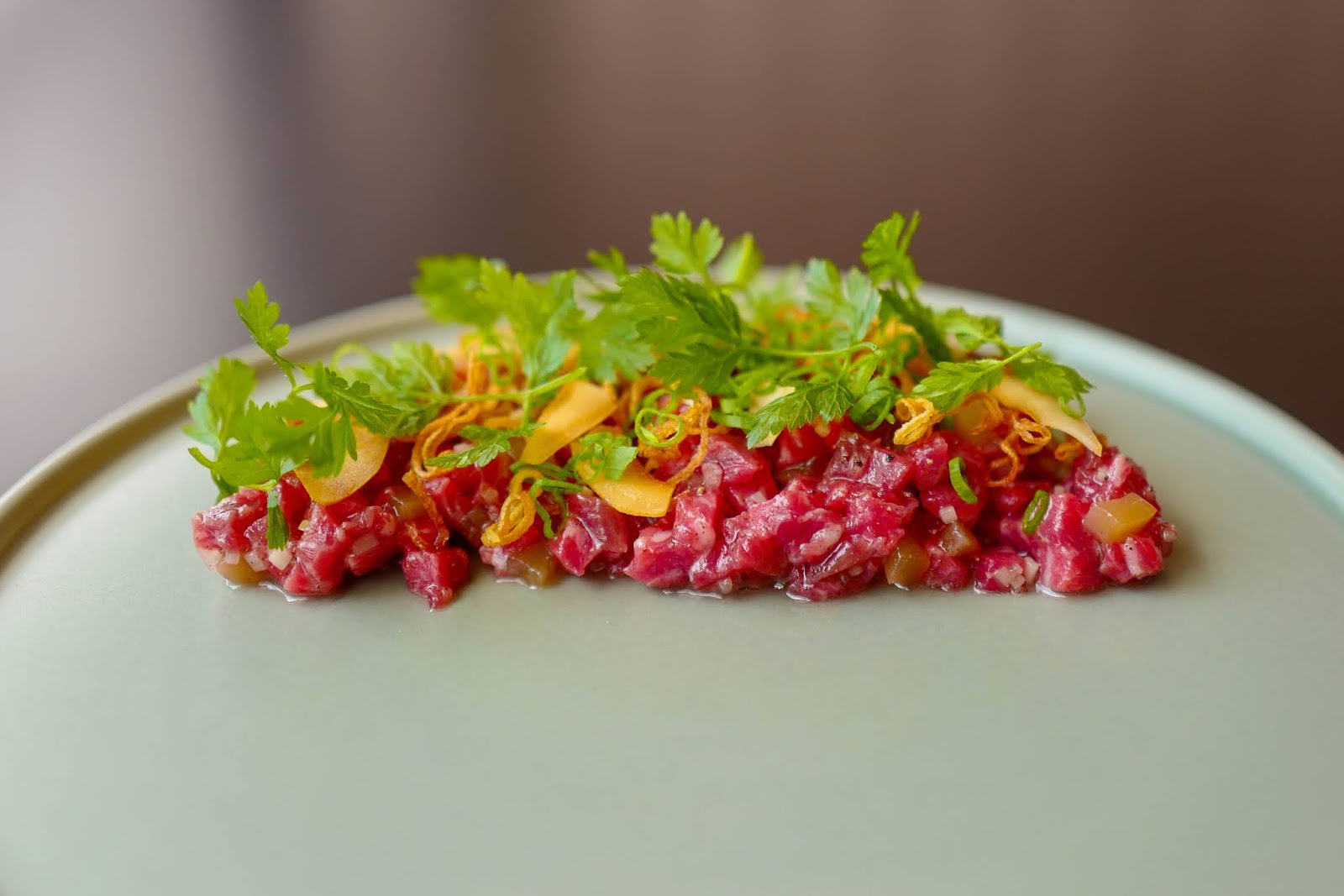 If you love beef tartare but you'd like to explore this raw recipe beyond its 20th-century Parisian preparation, Playte does a version (with RM7 surcharge) that's compelling in its complexities. Smoked grapeseed oil and fried shallots furnish a deep, seductive sultriness to the soft, smooth meat; soy-cured coconut and coriander weave together tropical aromatics and citrusy liveliness, brightened with the tang of house-pickled ginger and lettuce, darkened by the spice of black pepper that lingers delicately. It's a sensational starter that's a memorable must for your set meal. 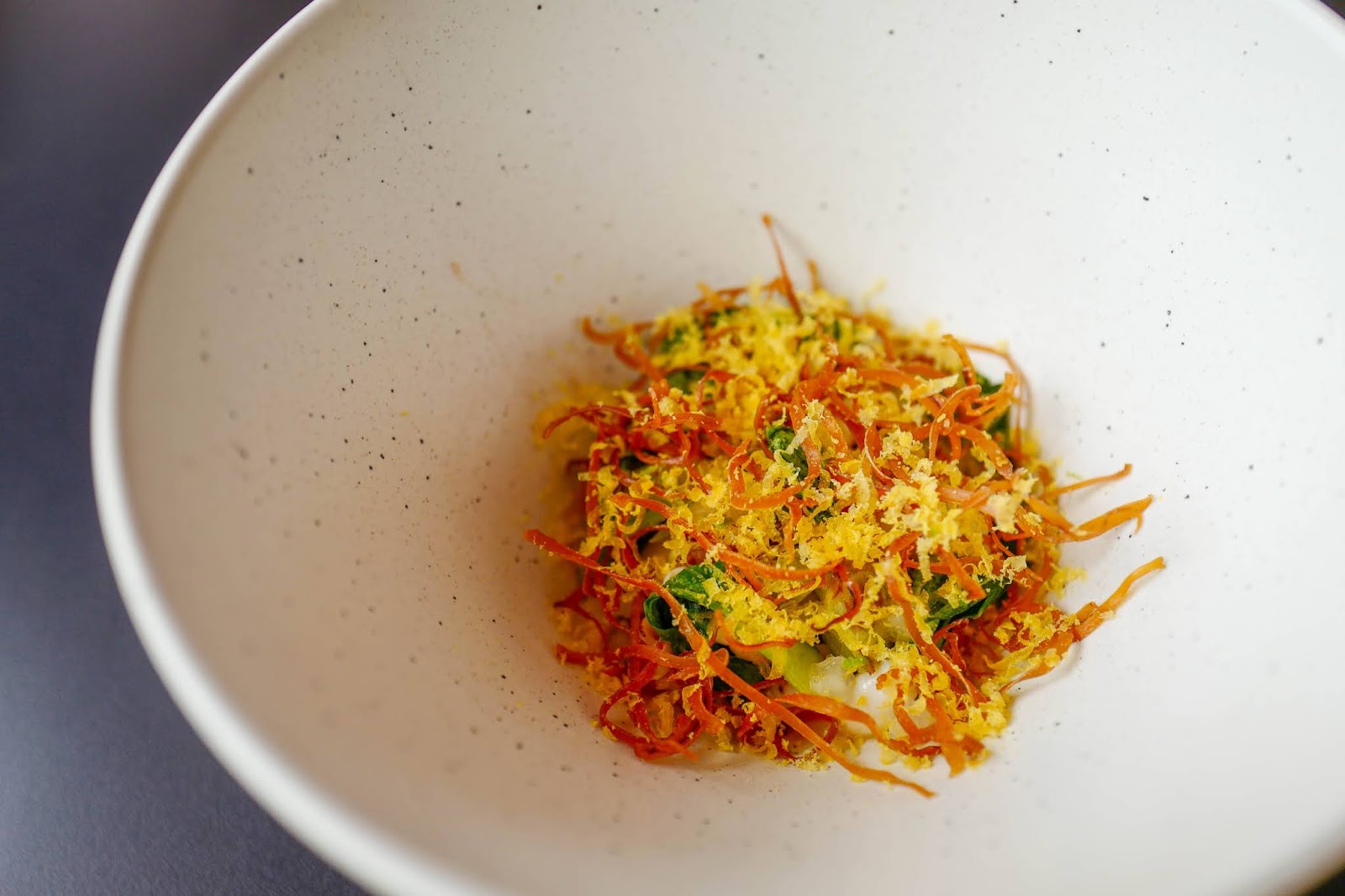 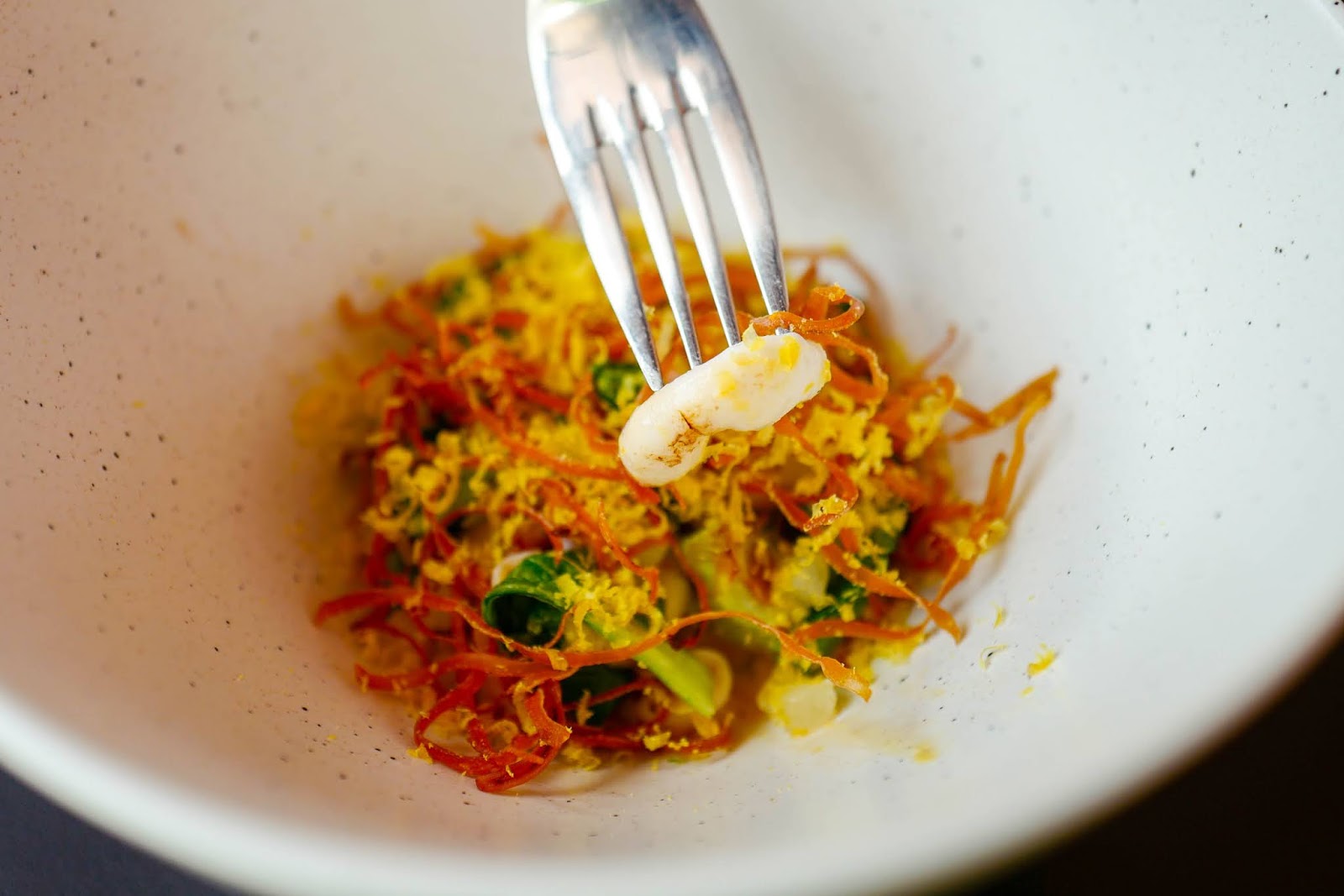 We're equally excited about the baby squid, mingling with dried squid and a brown cuttlefish sauce, drawing from fundamentally similar cephalopods in different forms to bring forth gentle layers of ocean-sweet brininess. Again, the magic of this masterwork rests in its subtleties - savour each spoonful slowly, taking in its evolution of tastes and textures, with the squid entangled with pickled winter melon, bok choy and cured egg yolk flakes for rich, intriguing dynamics and dimensions. 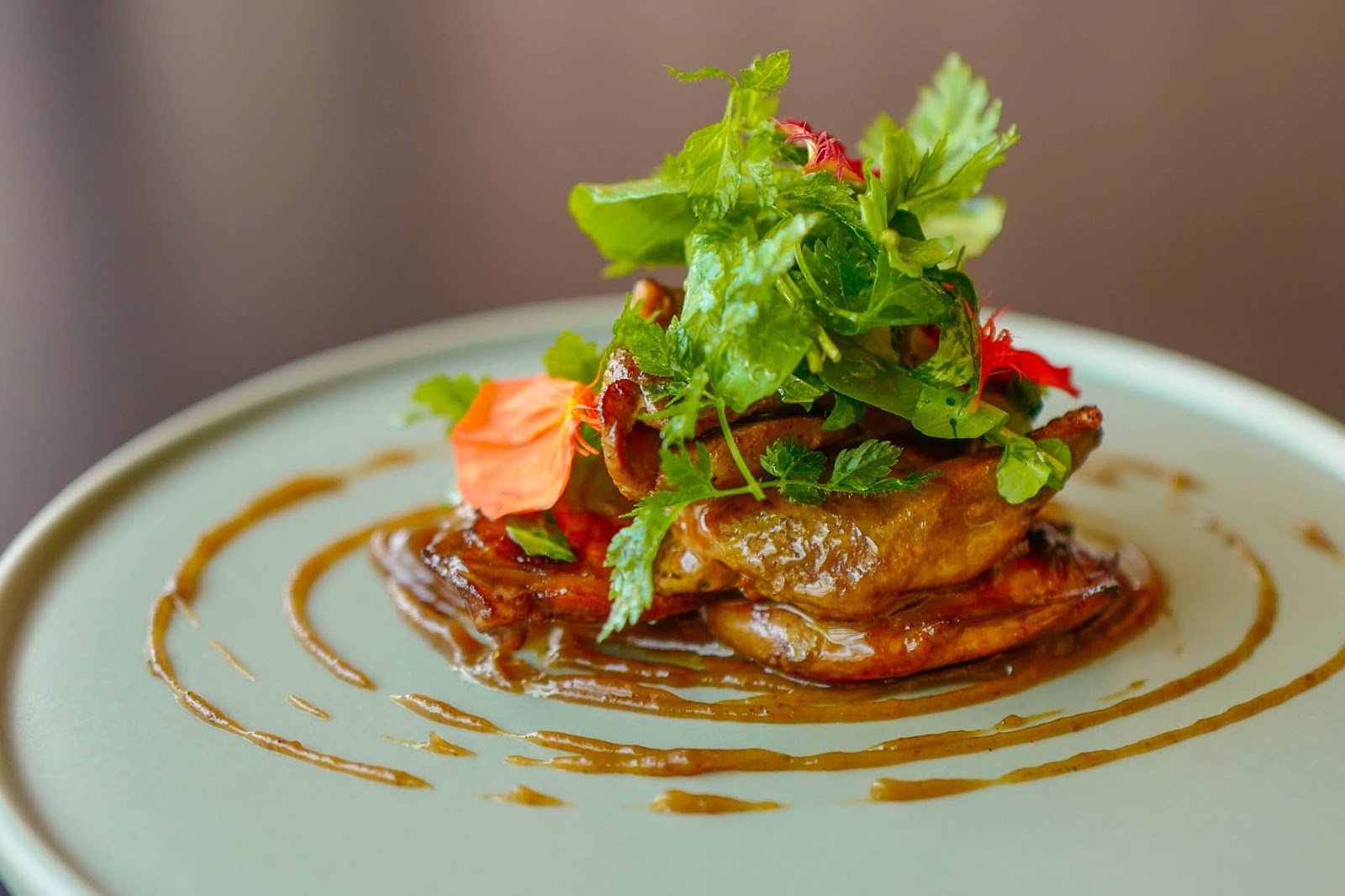 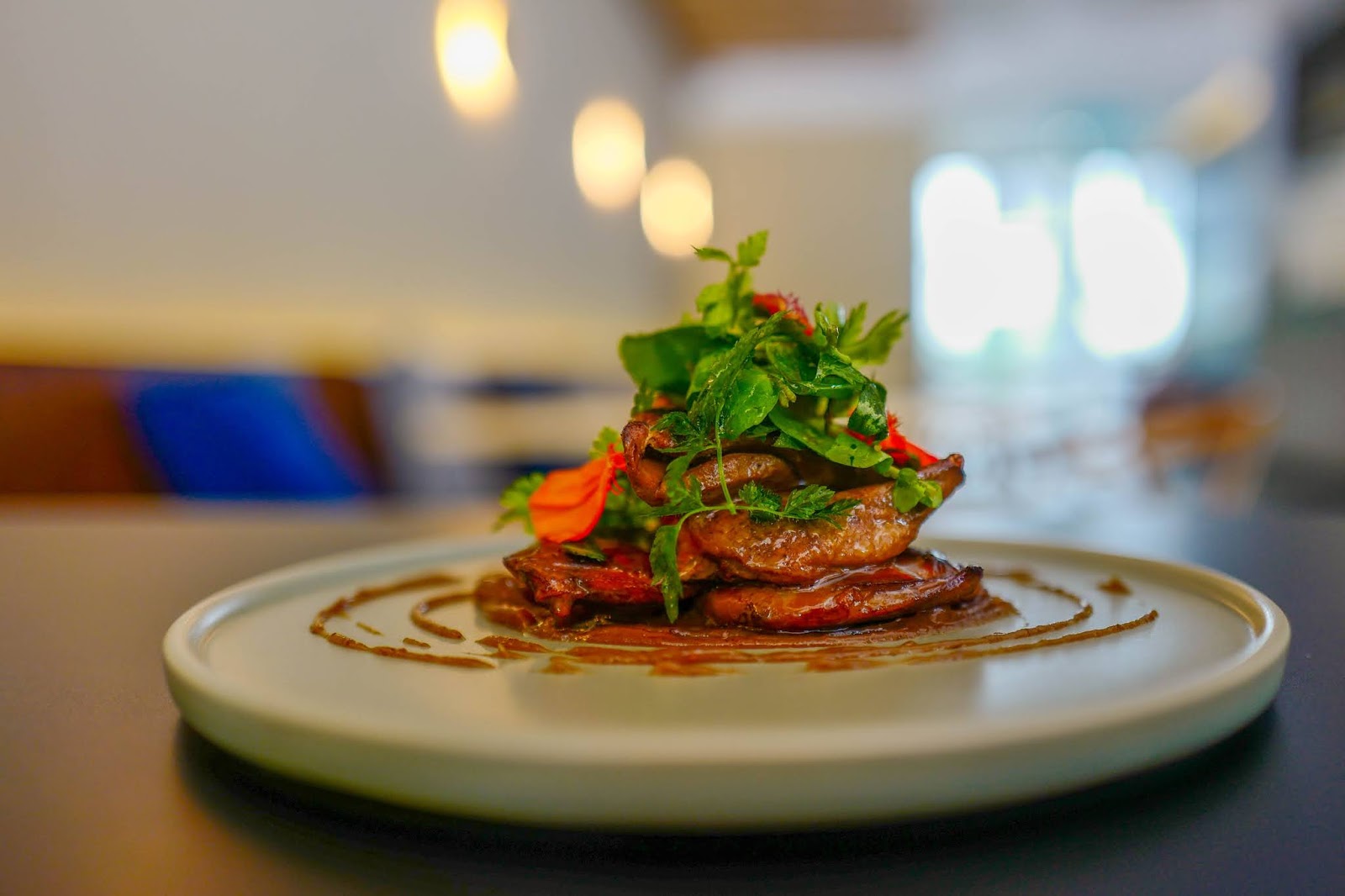 Playte works wonderfully with produce from both land and sea, harnessing ingredients to their full potential. Quail absorbs the marinade of a Chinese-style master stock for an hour before being grilled and glazed, with nuanced notes of tamarind to balance out the inherent gaminess of the meat. The quail legs are fleshy and succulent, heaped with a flourish of French and Southeast Asian herbs, from chervil for fines herbes fragrance to daun kesum for laksa-leaf pepperiness, encircled with a red tea-poached fig puree for a nectarous, luscious final touch. 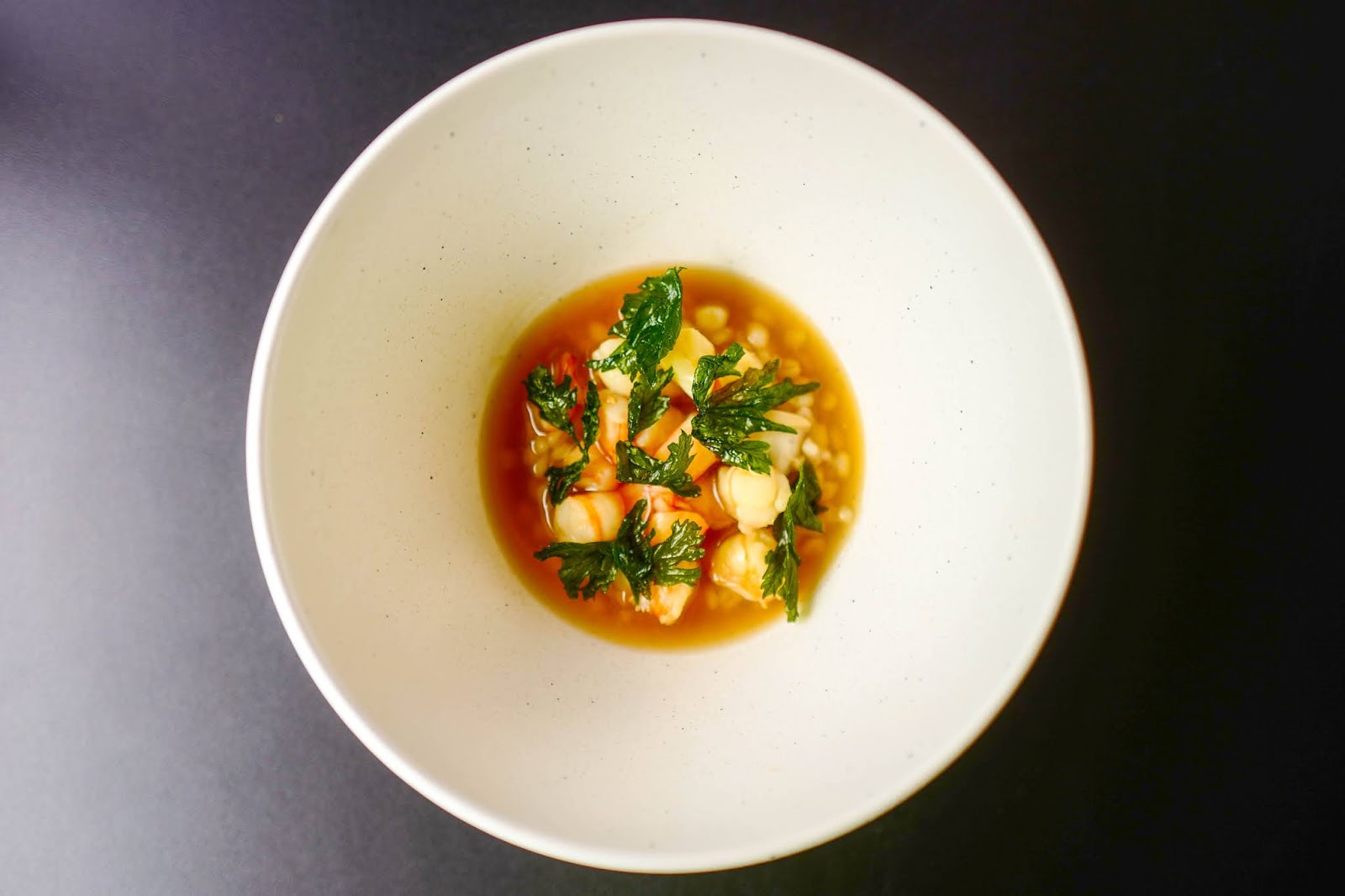 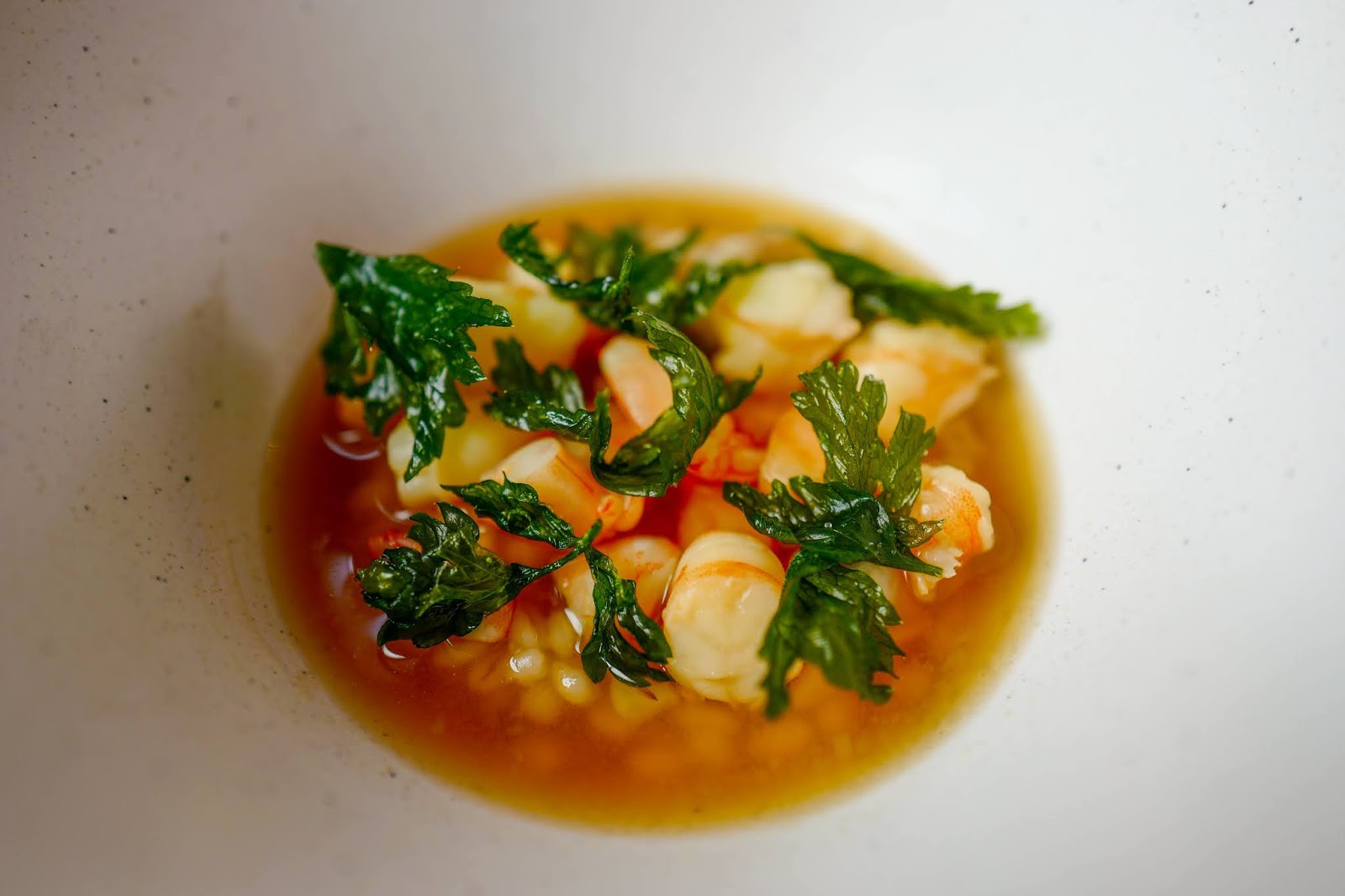 Before co-founding Playte, chef Brendon sharpened his skills at top restaurants in Taipei and KL that experimented with eclectic techniques, centred consistently on Asian flavours. That perspective steers Playte in every plate and bowl - barley is cooked in vegetable stock for quintessential comfort fare, blanketed with prawns and clams poached in an umami-rich shiitake broth, the bounty of earth and sea coming together soothingly and soulfully beneath a sprinkling of fried parsley (with RM5 surcharge). 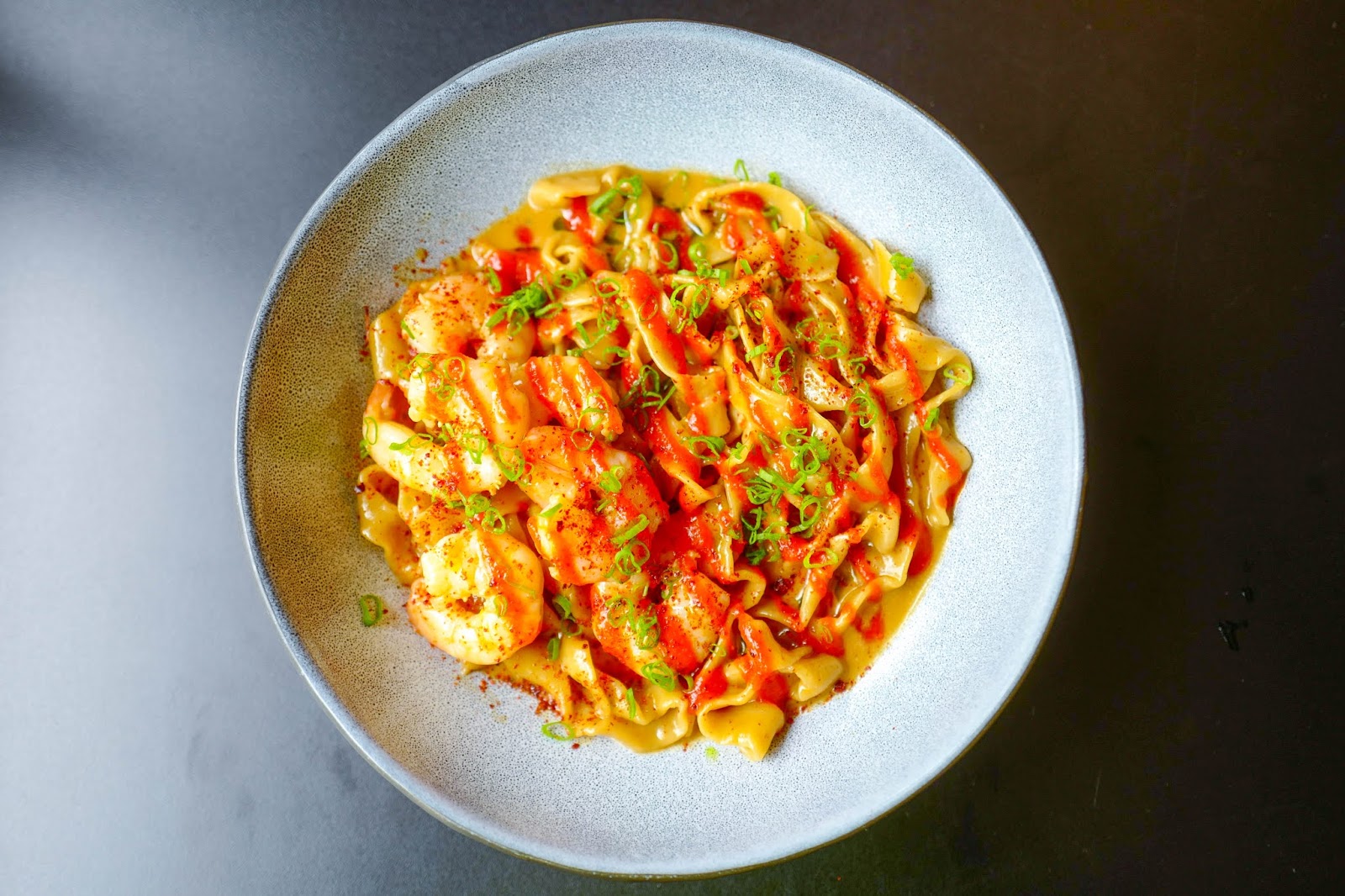 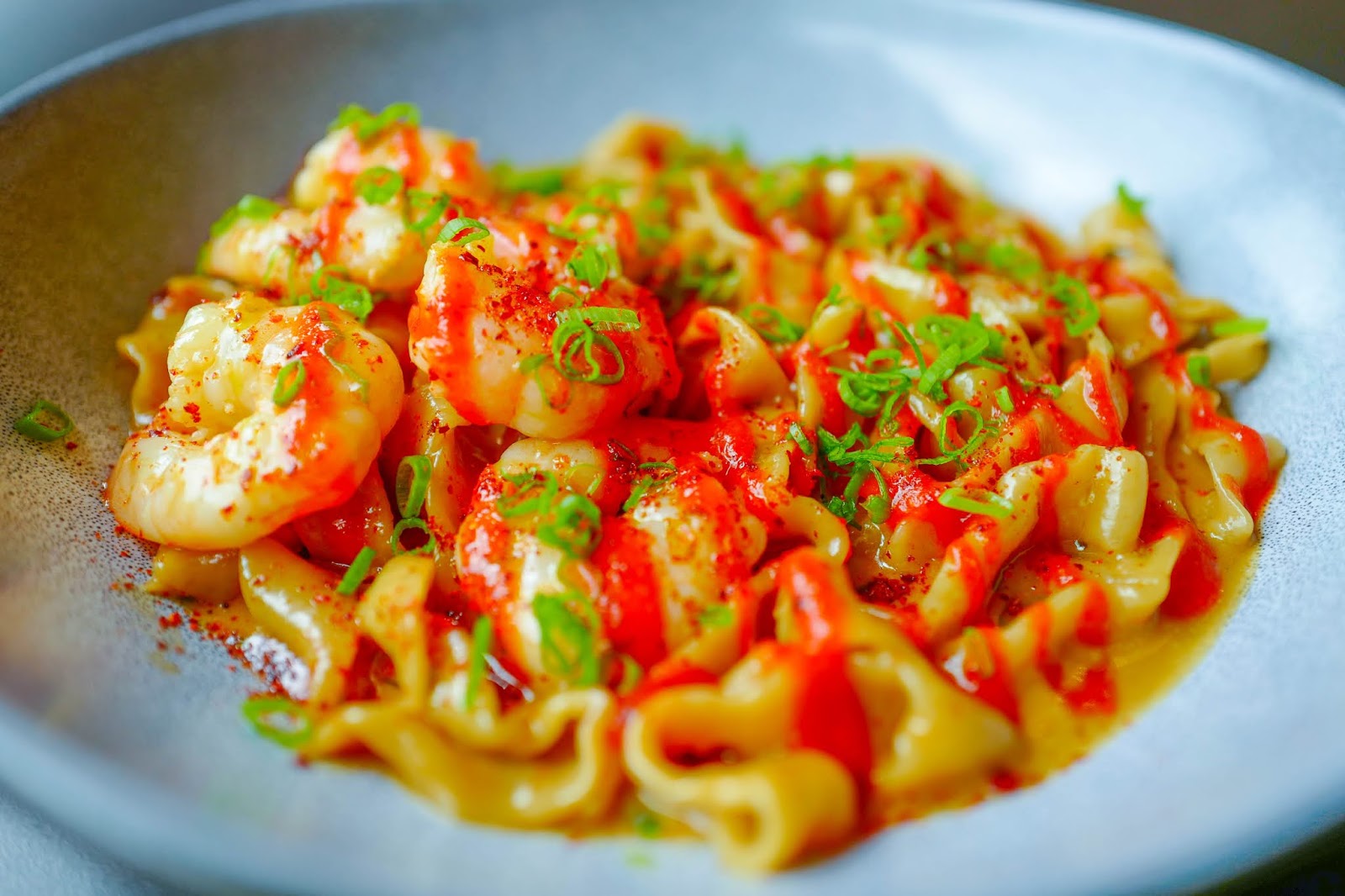 What Playte does well is uncovering the middle ground between customers who crave familiarity and others who hunger for adventure. Chef Brendon might not consider Playte's prawn noodles to be his boldest work, but it's massively popular among patrons, for excellent reason. These house-made flat noodles bridge the gap between pan mee and pappardelle, broad and bouncy, soaking up sambal and a roe-rich prawn head sauce, showered with spring onions and chilli powder - whether you prefer your noodles Asian or European, this feels reassuringly, borderlessly universal. 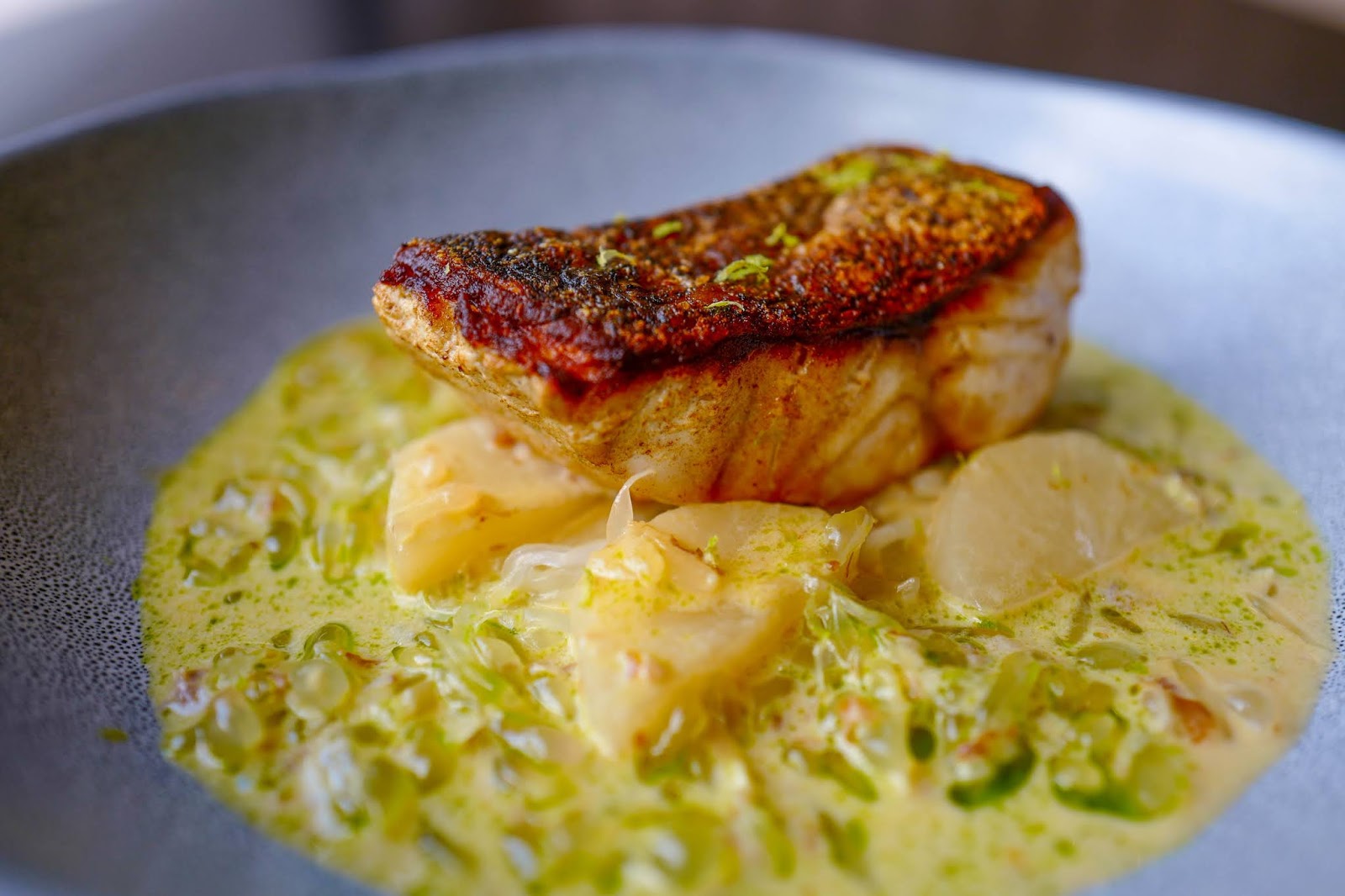 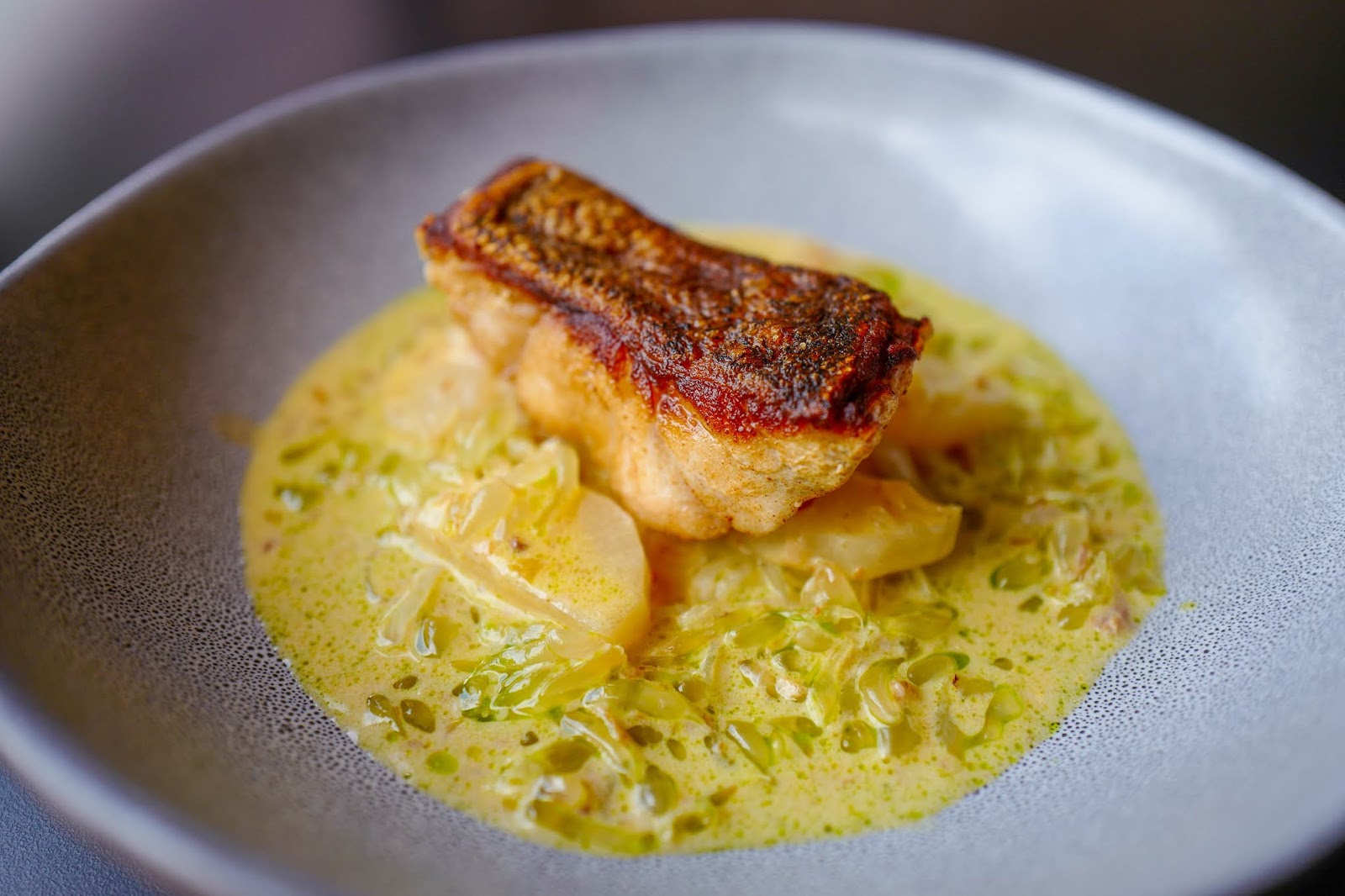 Giving grouper its due, this is our favourite main course in Playte's set menu (with RM15 surcharge) - the fish is pan-seared on one side for a crusty-crunchy skin, irresistible in its textural contrast to the basted flesh. We'd enthusiastically eat this fillet on its own, but its base elevates it further, an XO butter sauce that brilliantly buoys the fish, laced pulpily with pomelo and bitingly with braised and pickled daikon for an addictive ensemble. 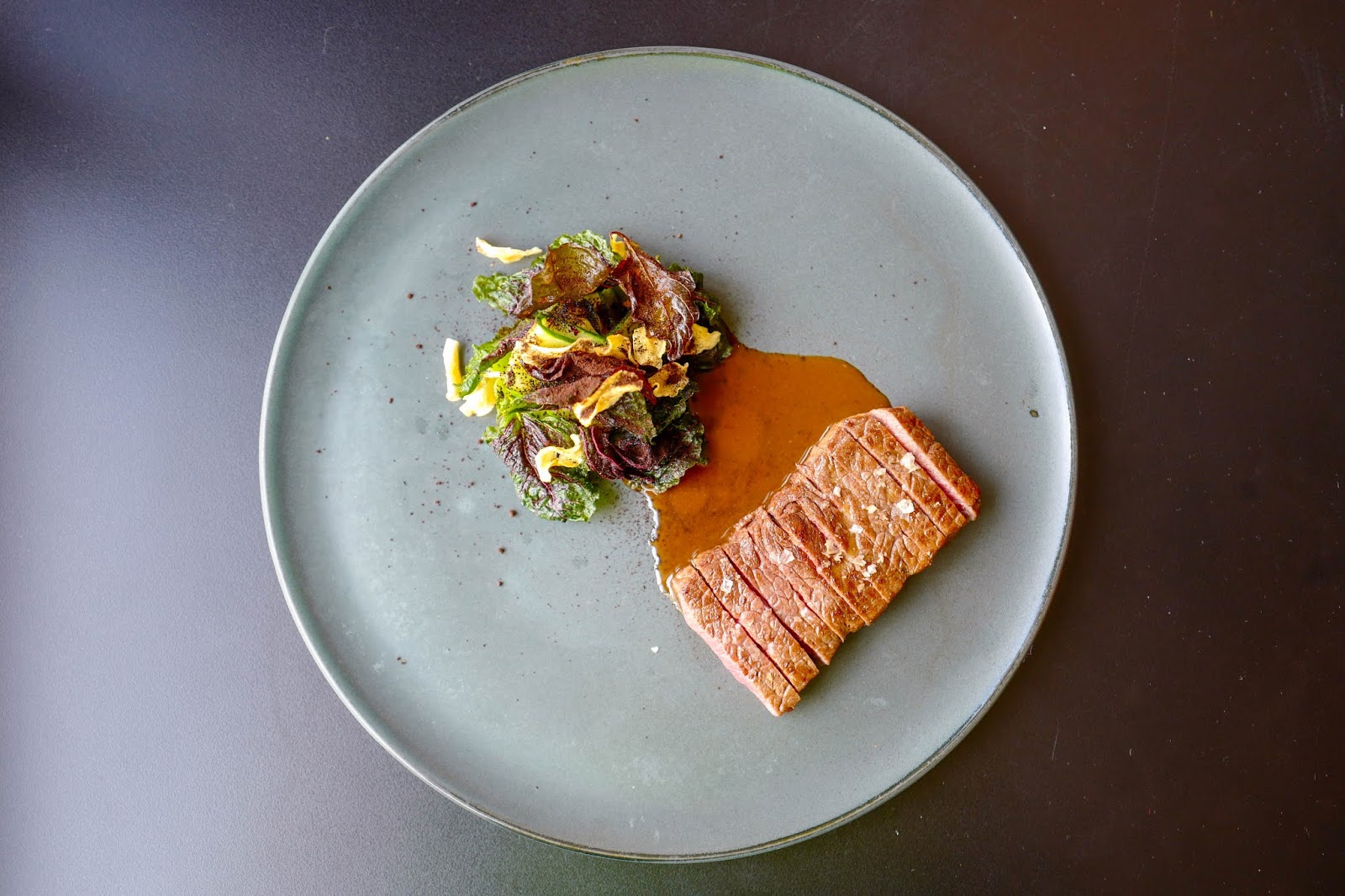 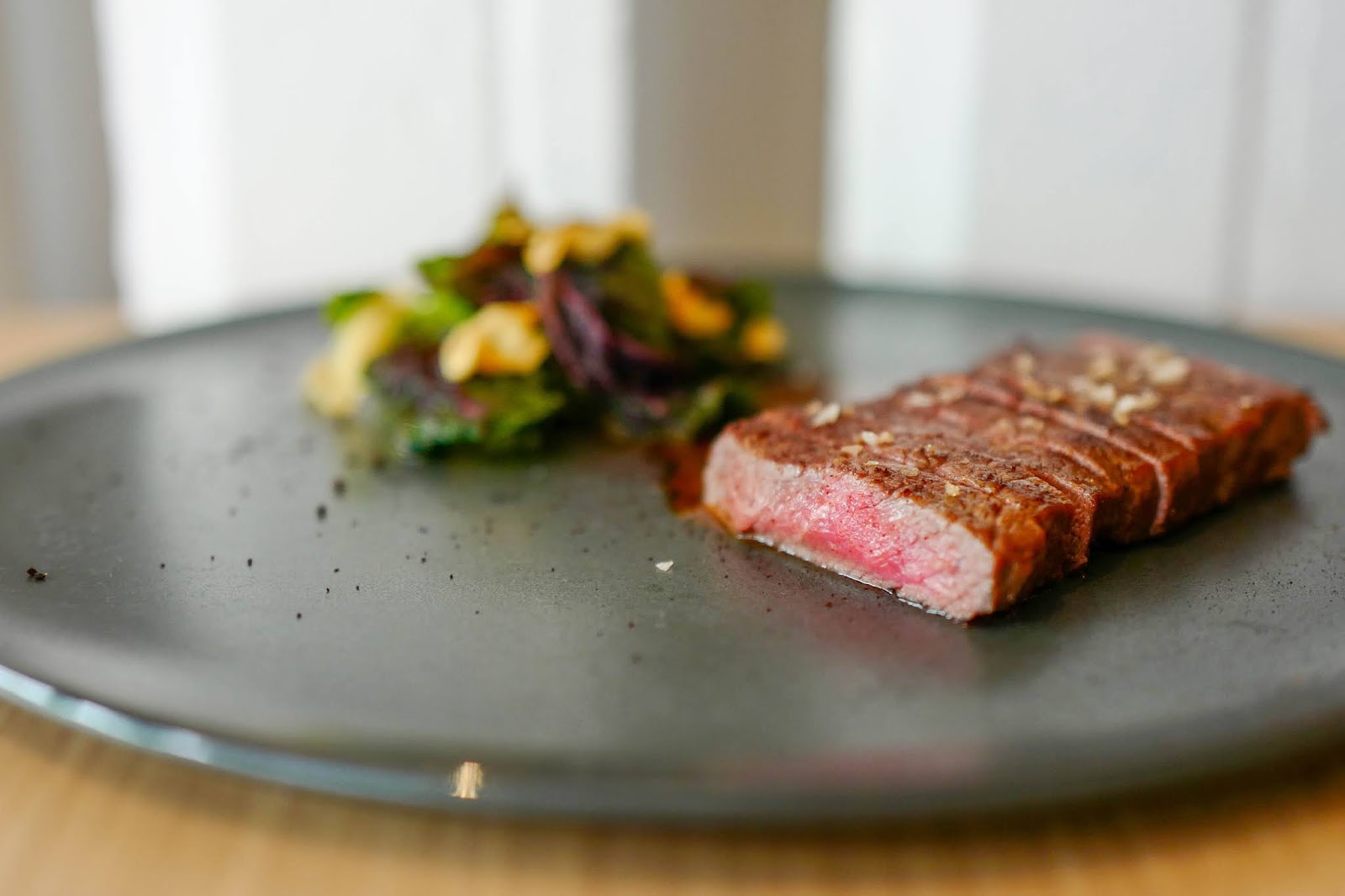 While some of Playte's preparations might seem elaborate, the kitchen knows when to rein things in, always respecting the integrity of the meat and fish, vegetables and fruits. Grass-fed Angus sirloin (with RM30 surcharge; may comprise wagyu rump cap if available) is kept comparatively simple, but its accompaniments are impressively conceived and crafted, from the bone marrow jus that bolsters the beefiness of this steak to the side salad that's several cuts above romaine and cherry tomatoes - burdock chips, fried red spinach, fermented shiitake and flash-cooked cucumbers, absolutely not an afterthought. 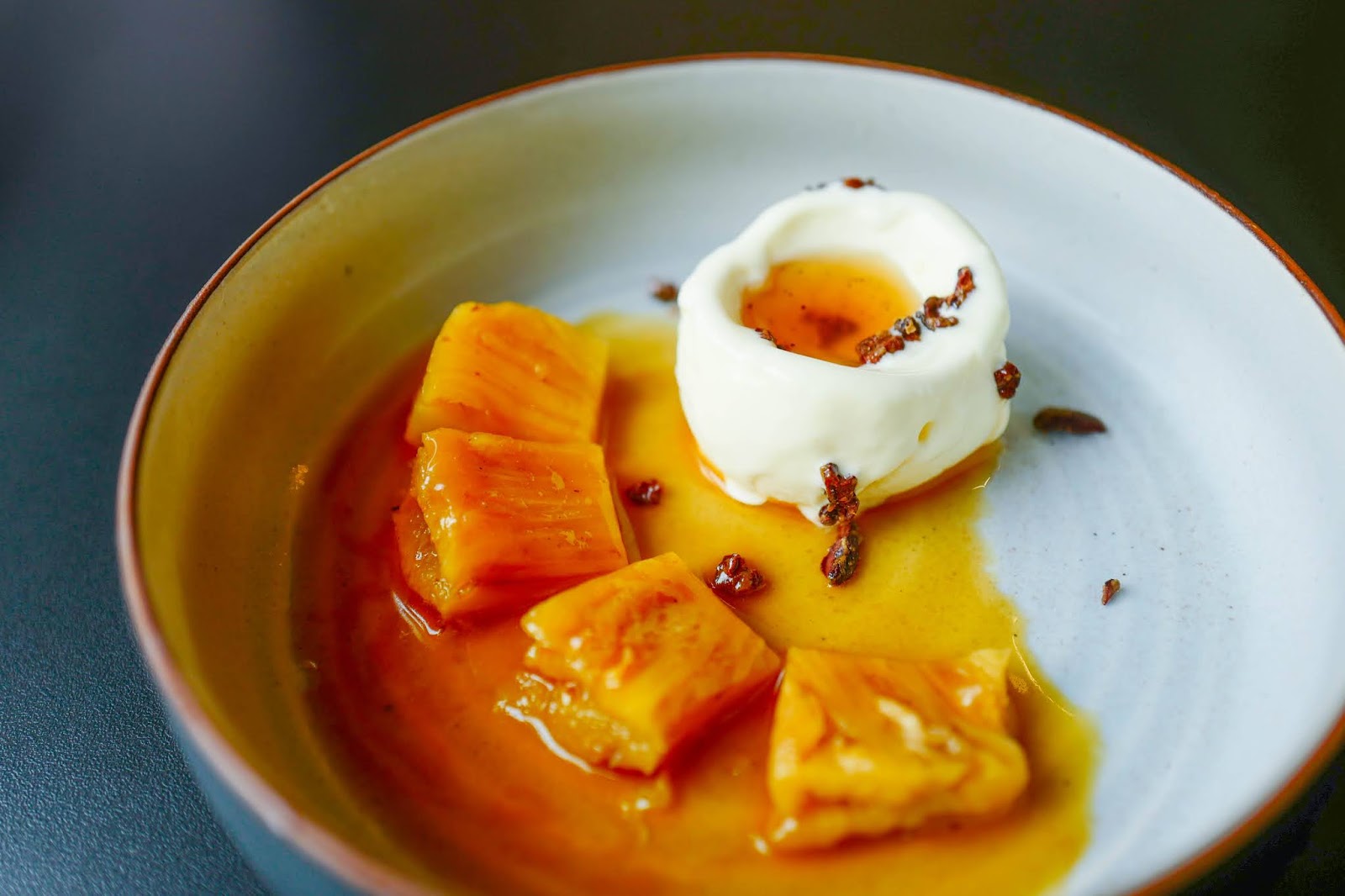 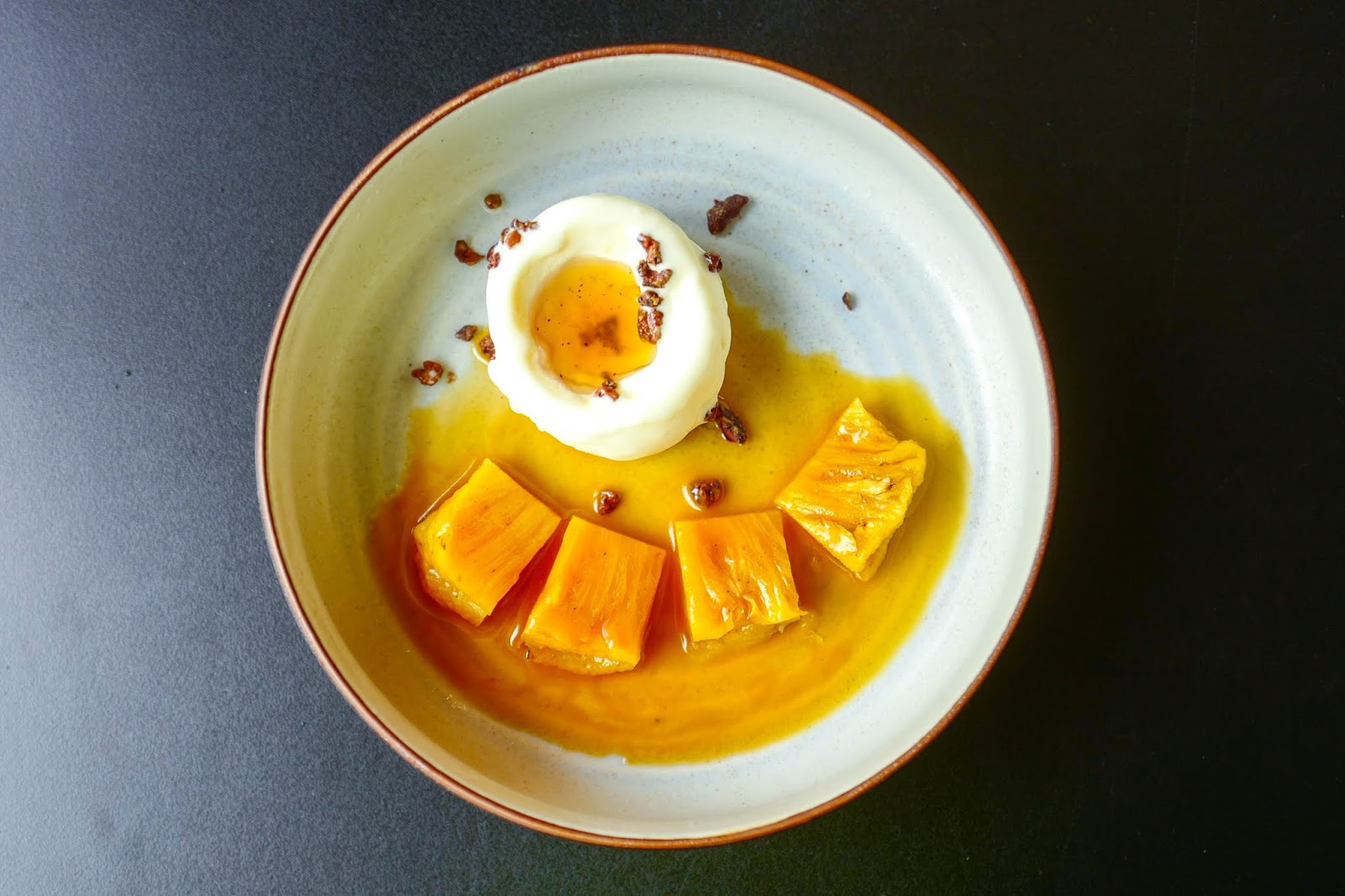 Desserts don't let the menu down - try the caramelised pineapples with a house-made honey milk ice cream and a lick of caffeine; if this looks like lust at first sight for you, it's love to the last bite for us. 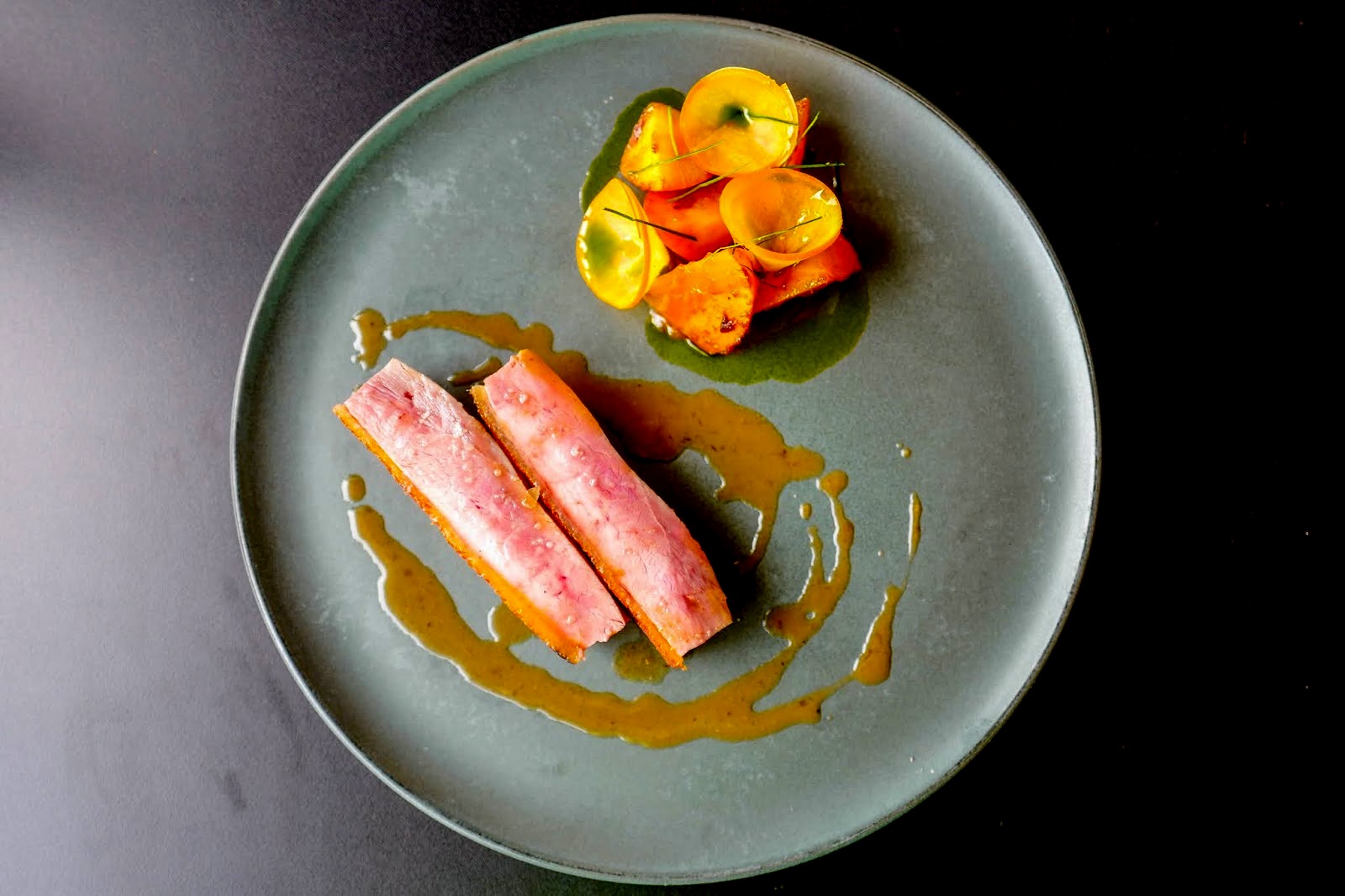 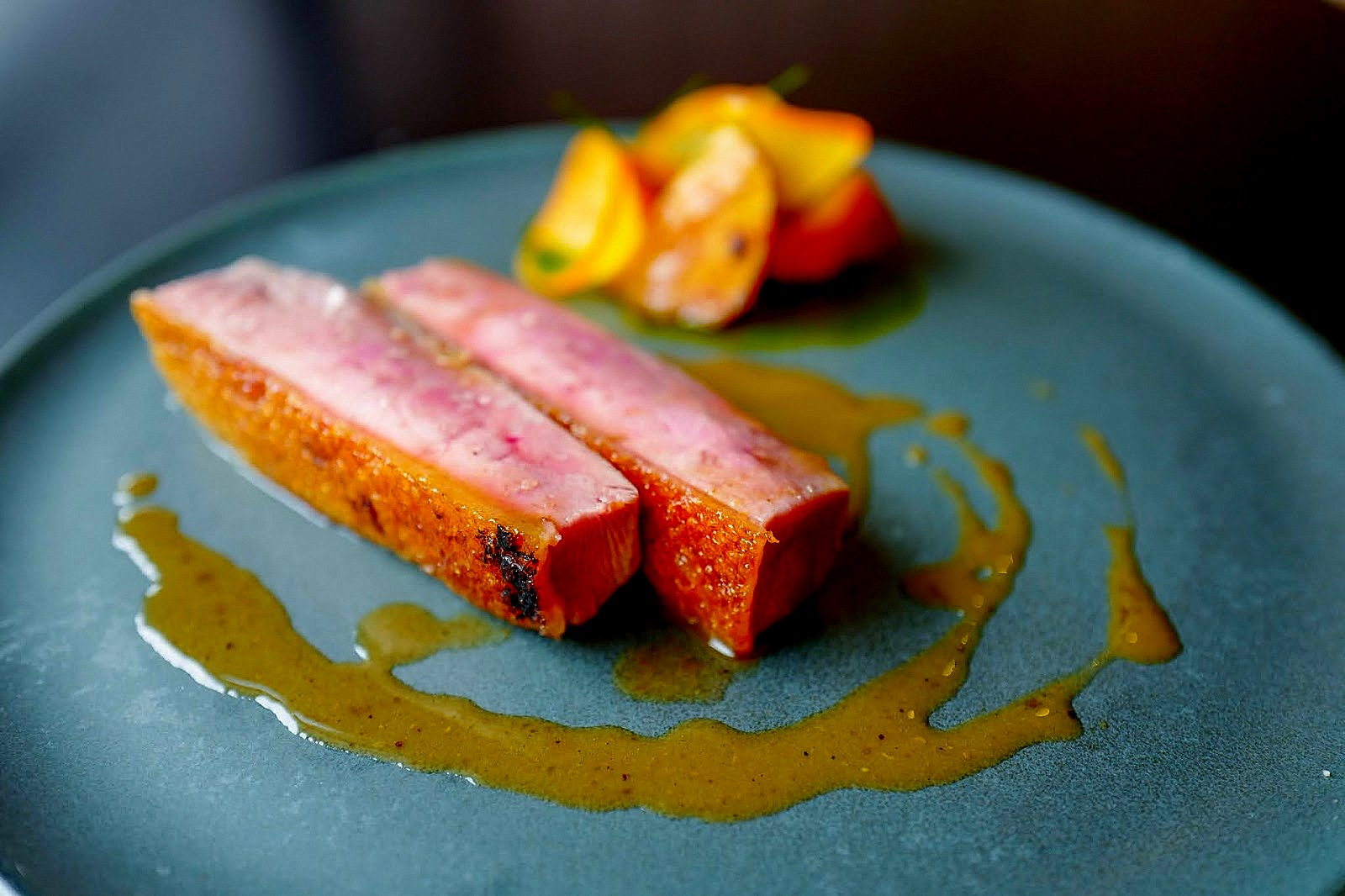 The regular set menu is sufficient for most of us, but Playte also serves a special tasting menu that requires a two-day advance booking. Highlights include duck that's been aged for a month, intensifying its robustness, seared for skin that crackles with crispness, plump with sumptuously moist flesh, lip-smacking in a sauce of duck bones and fig syrup, vibrant with jam-glazed persimmons, Thai basil oil and kaffir lime leaves. For duck devotees, this dish will make your day. 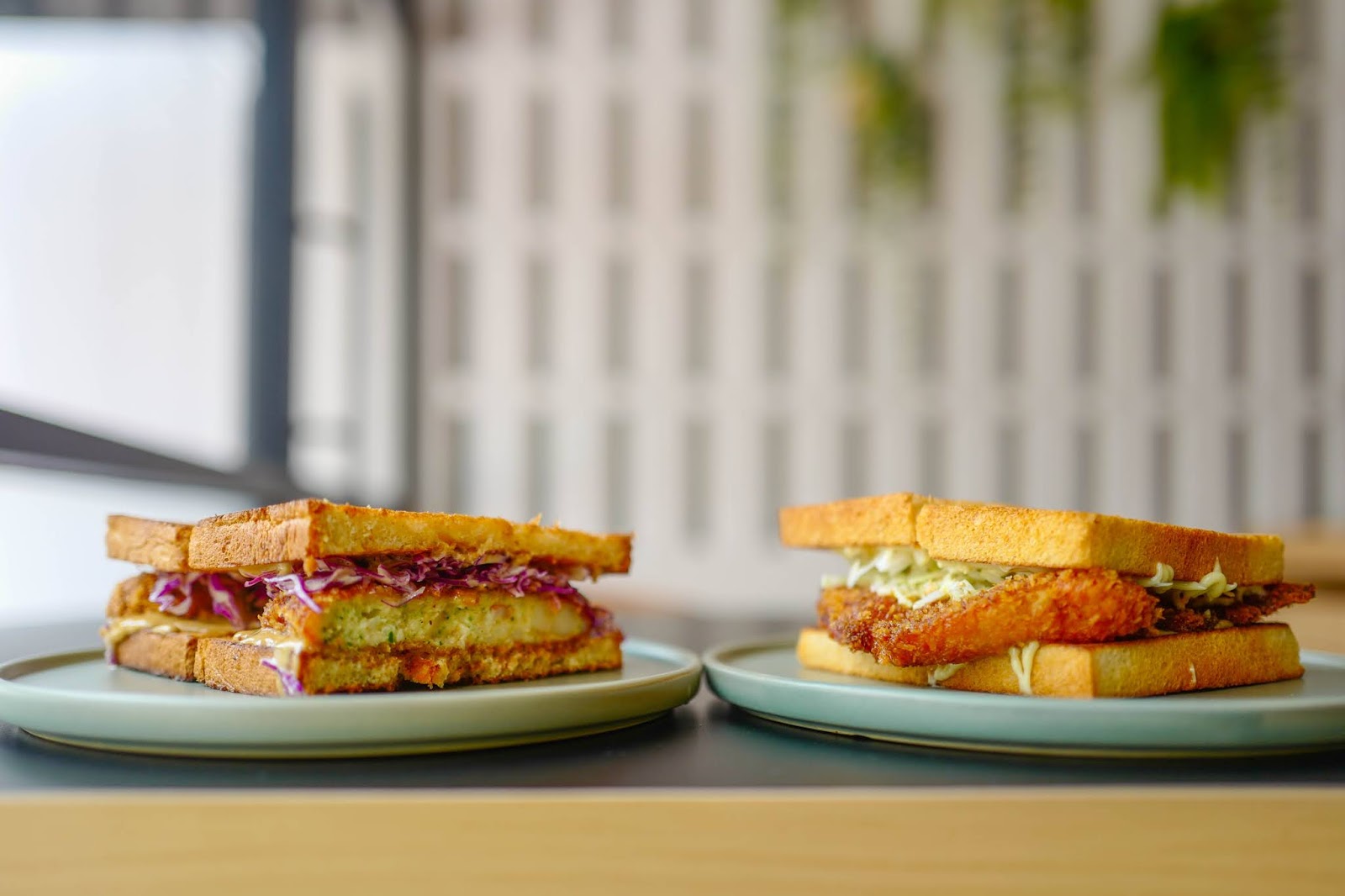 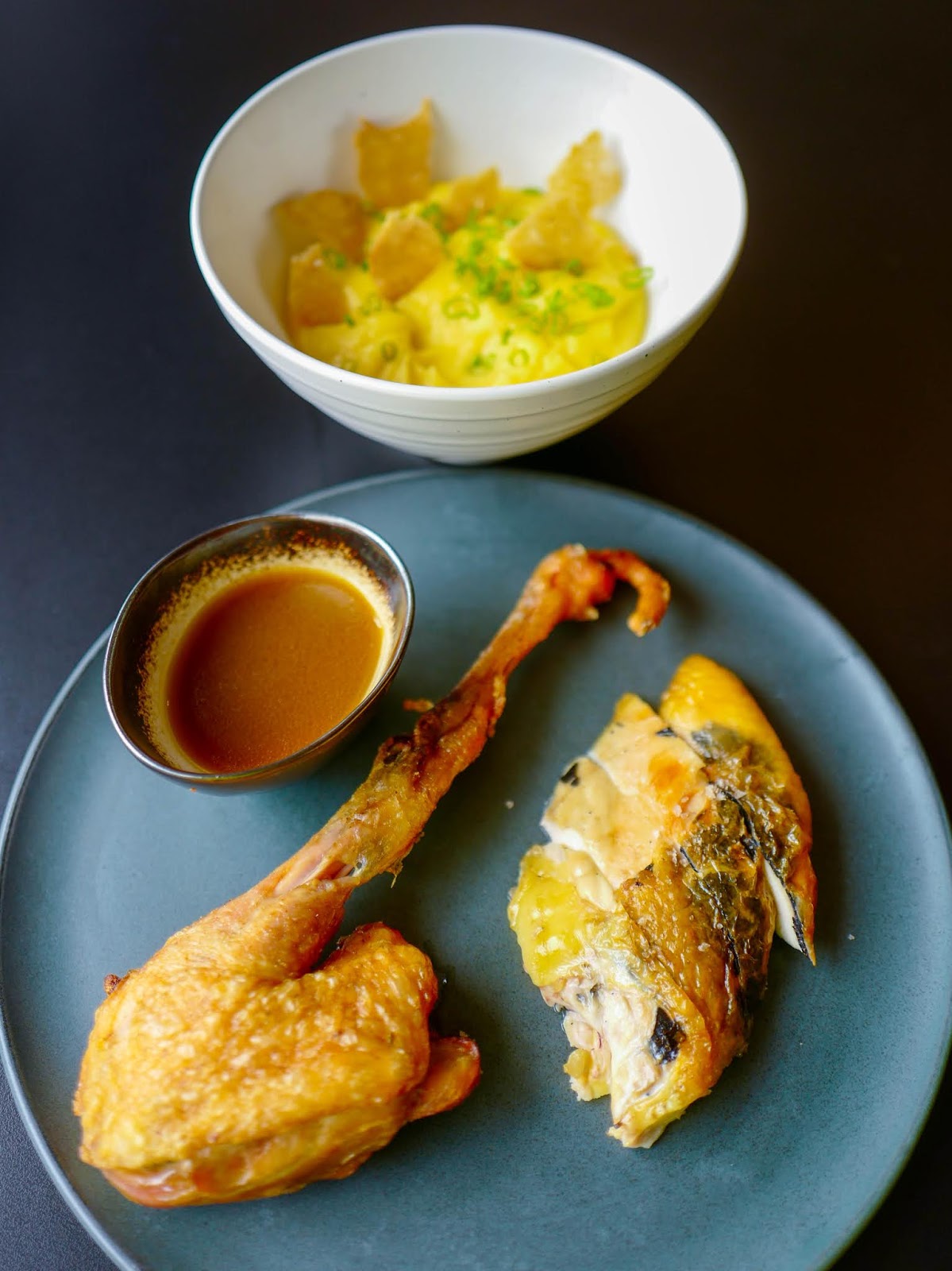 Lunch is a more casual affair at Playte, but if you need a cheerful, hearty meal, the sandwiches will take some of the stress out of your afternoon. The Prawn Toast is our best bet, juicy with fresh crustaceans, tinged with belacan for additional shrimp-adoring kick (RM32), while the Chicken Katsu Sandwich packs its own pleasurable punch, courtesy of its yeasty Marmite glaze (RM25).

Regulars also look out for Playte's specials - most recently, chicken with Australia's in-season winter truffles; the prized perigord is tucked beneath the poultry skin for hidden truffly treasure, partnered with truffled chicken jus and the most decadent mashed potatoes on this side of Bukit Damansara.

All in all, Playte continues to be our cup of tea, brewing up a beautiful experience each time we visit. Many thanks to the Playte team for having us back. 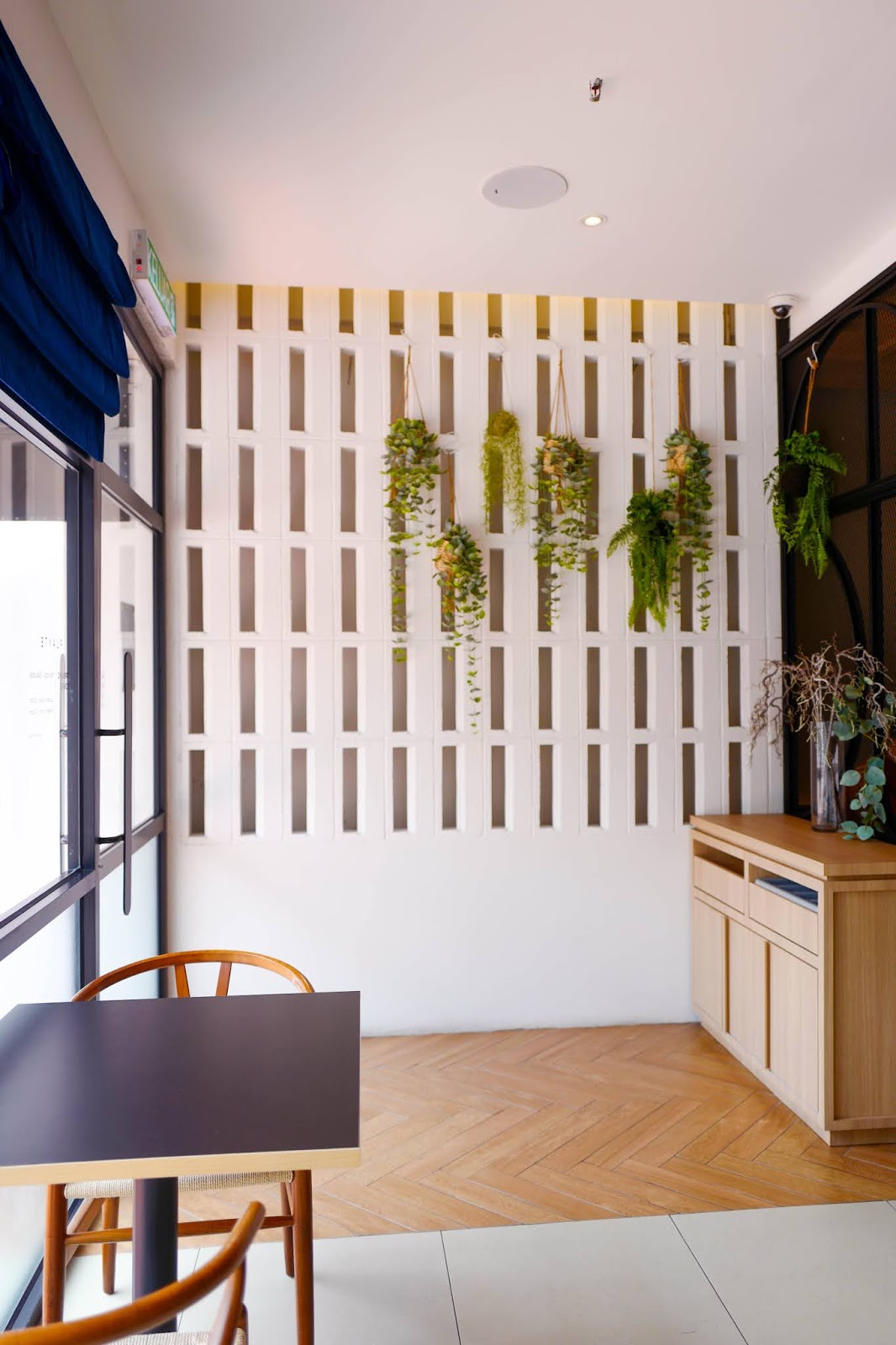 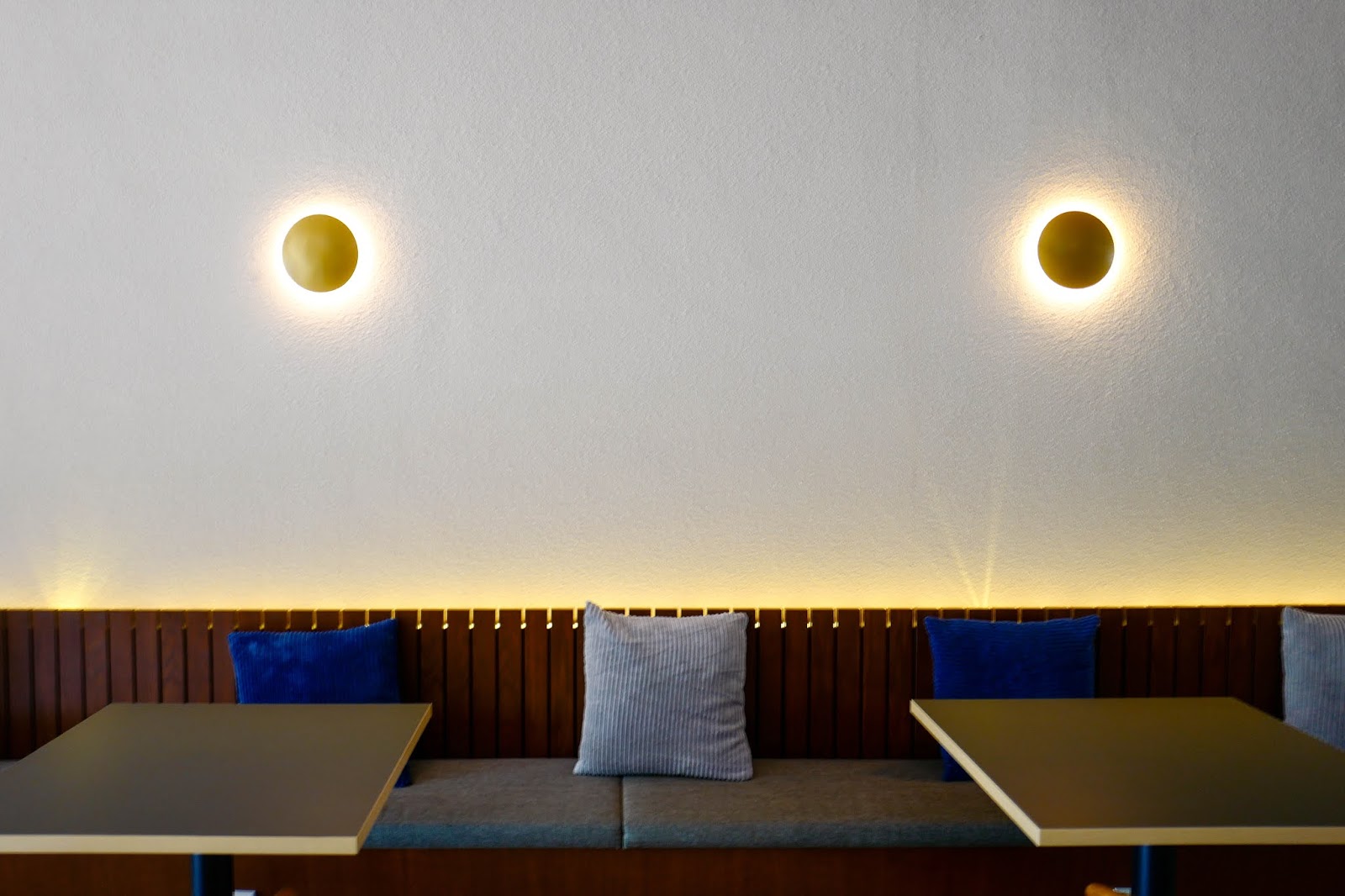 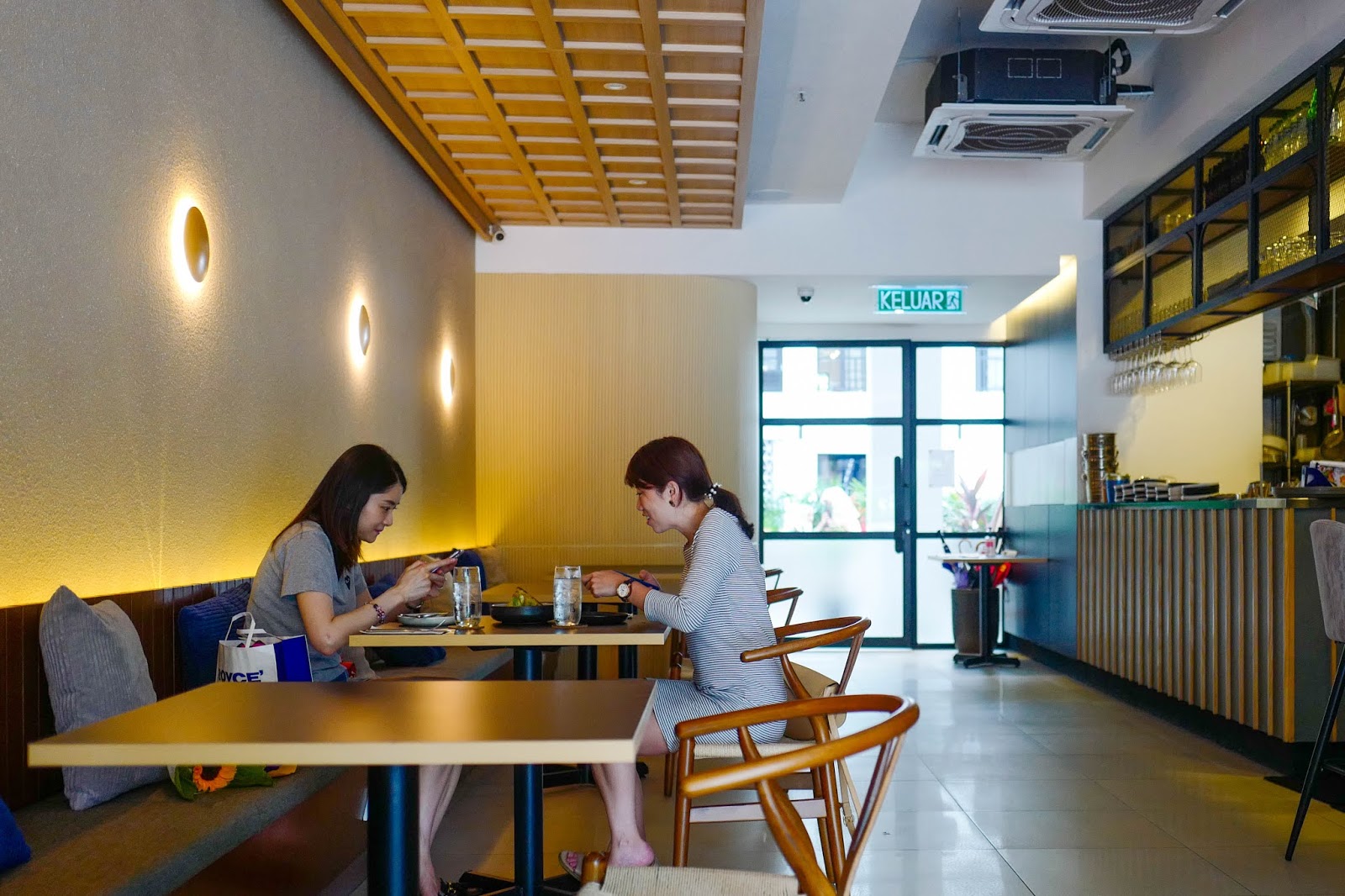 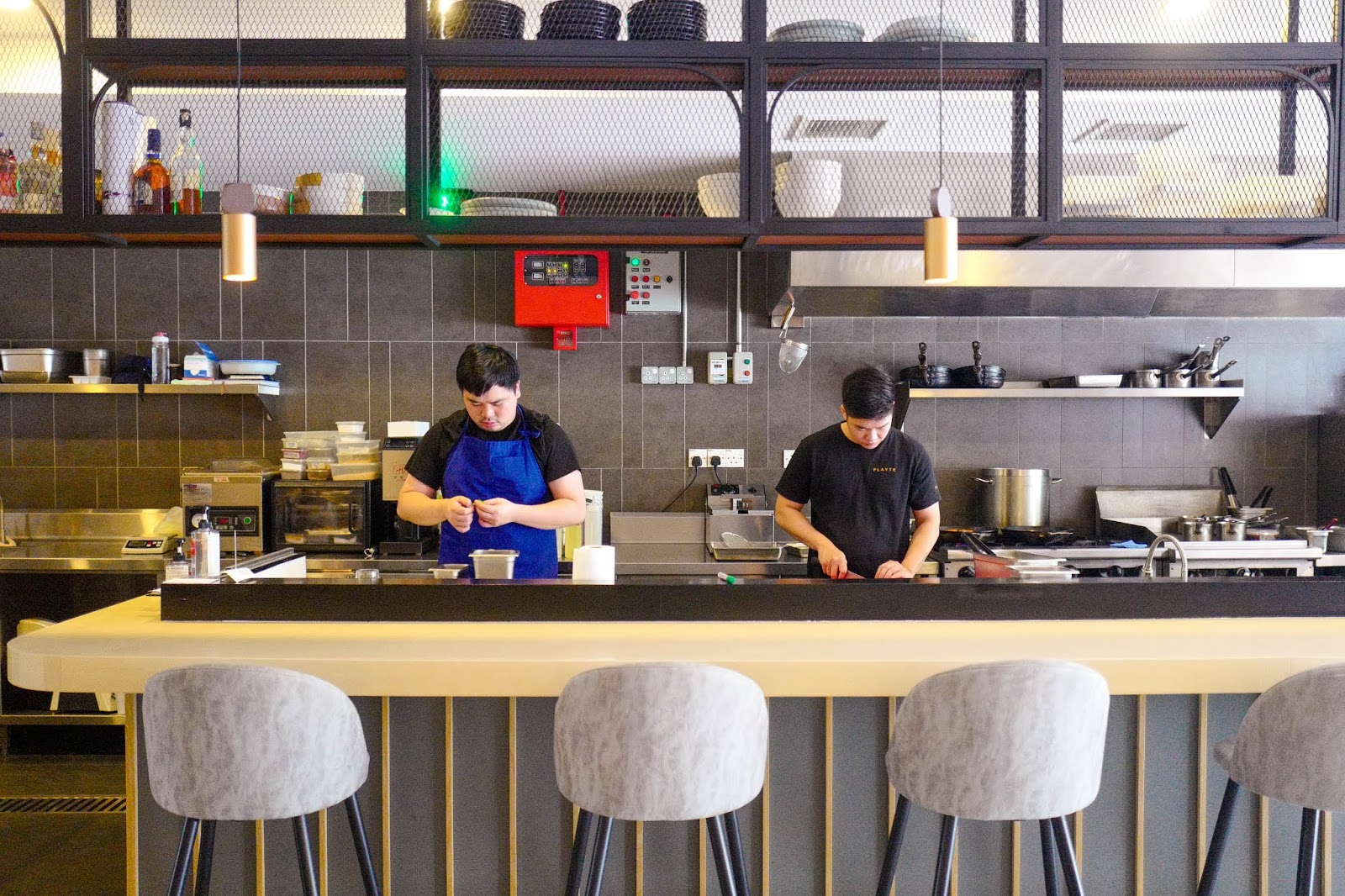 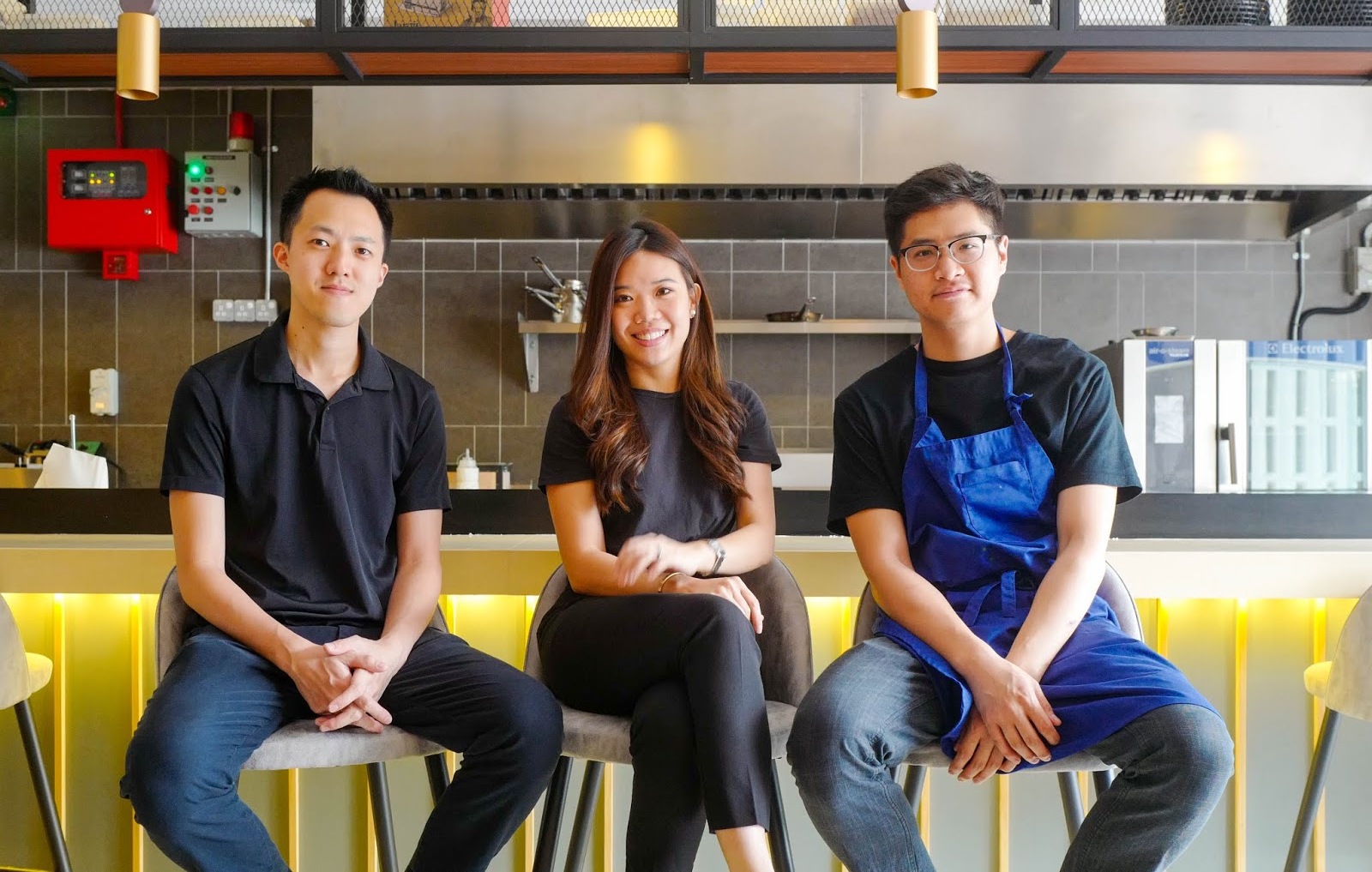