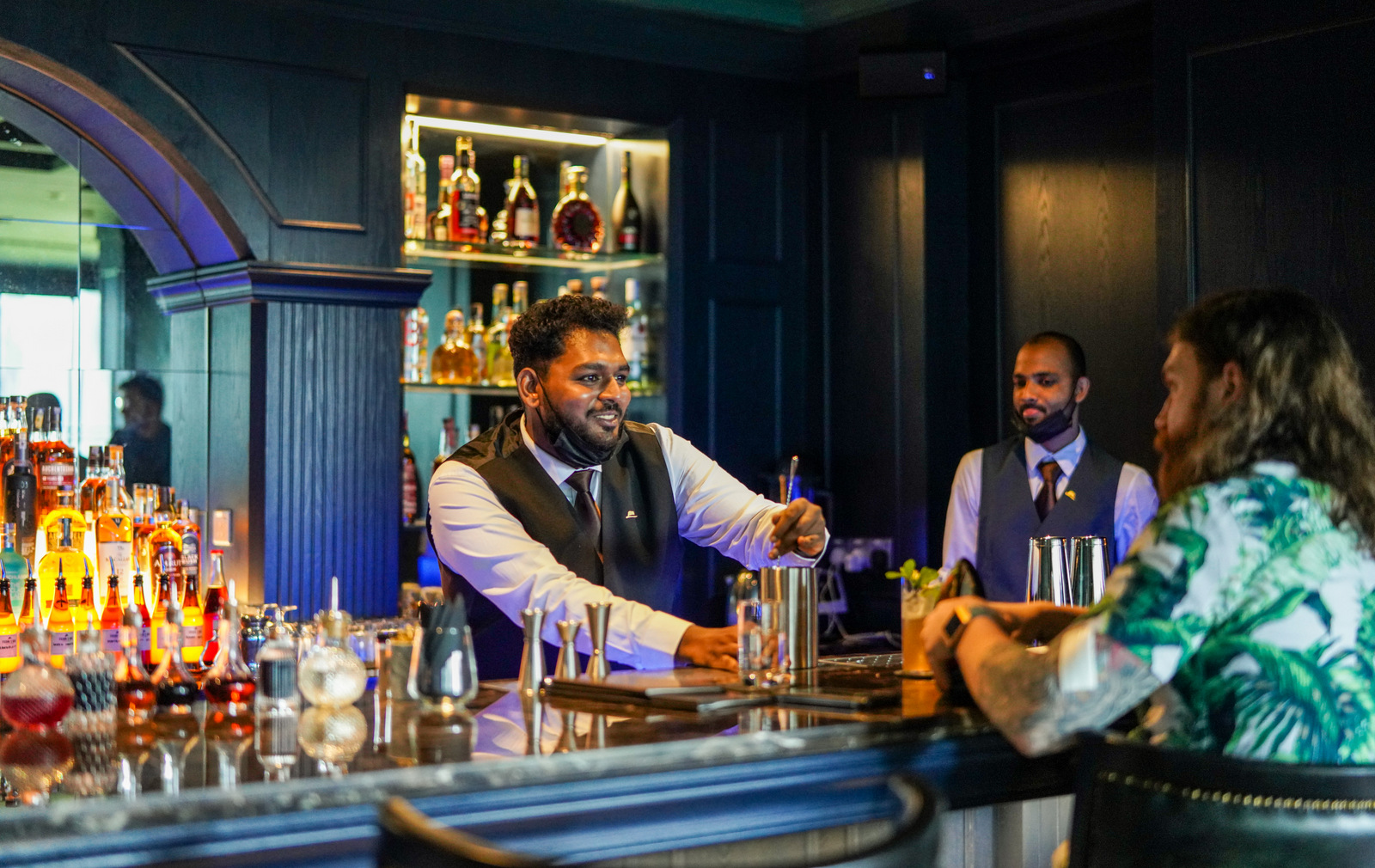 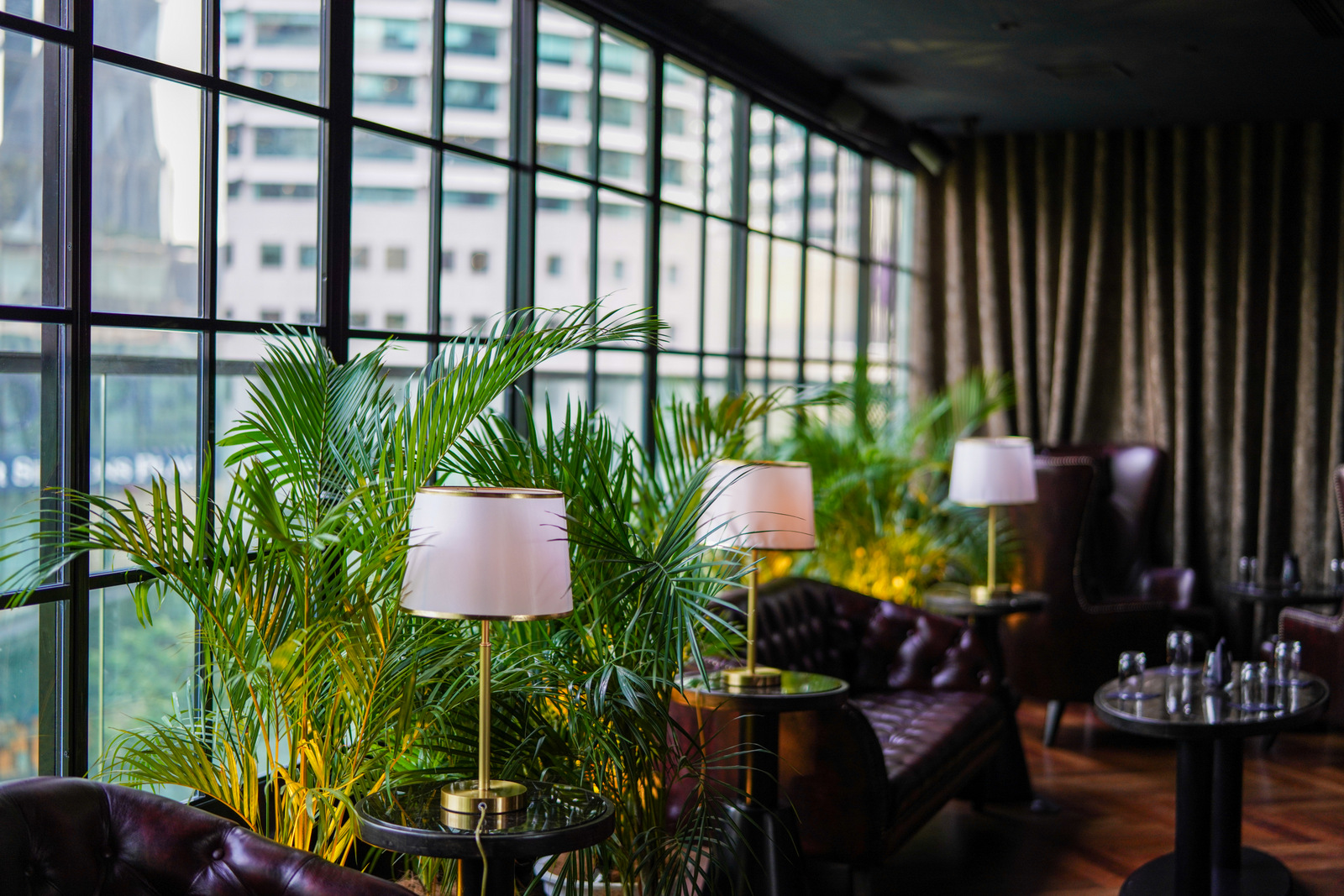 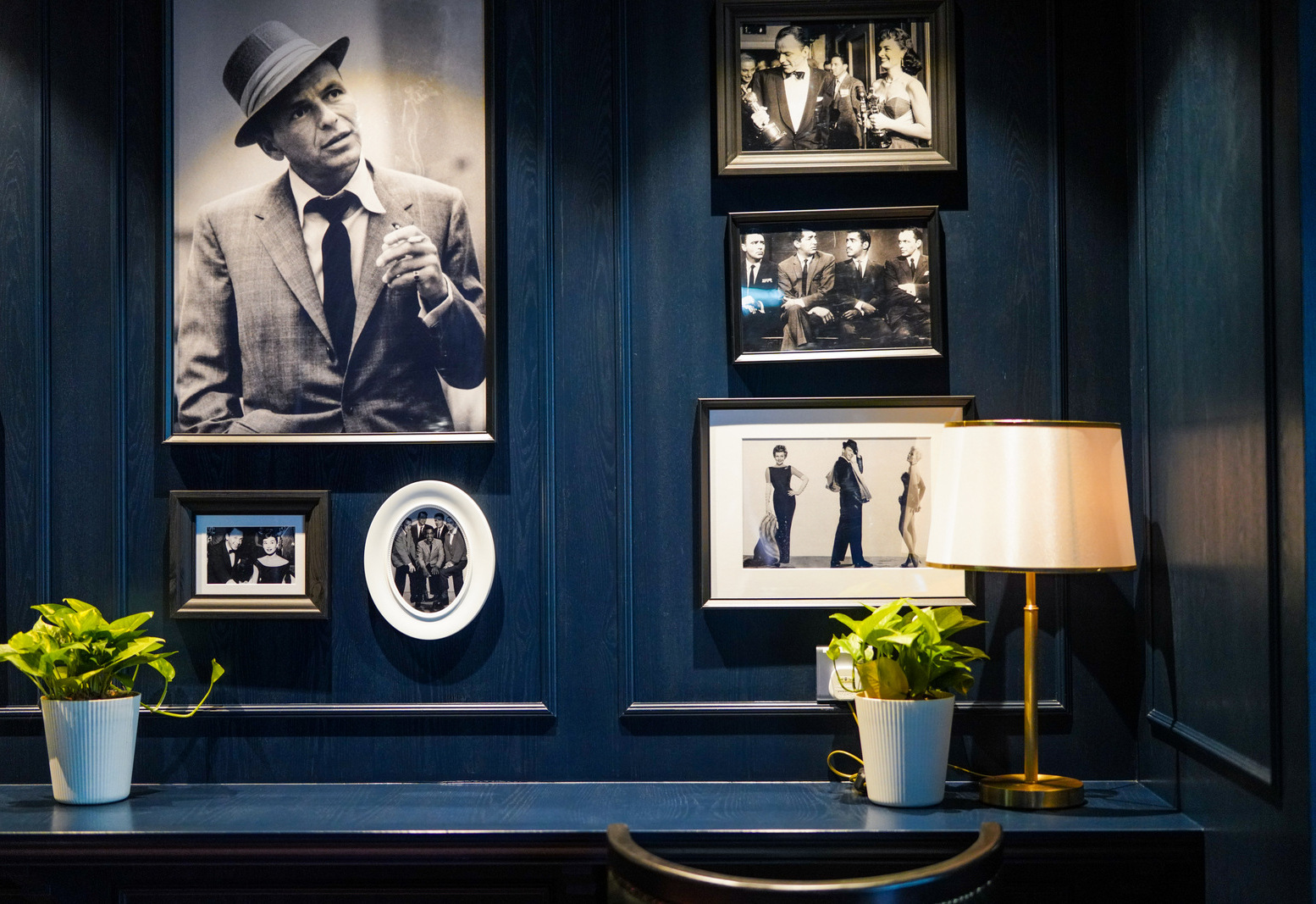 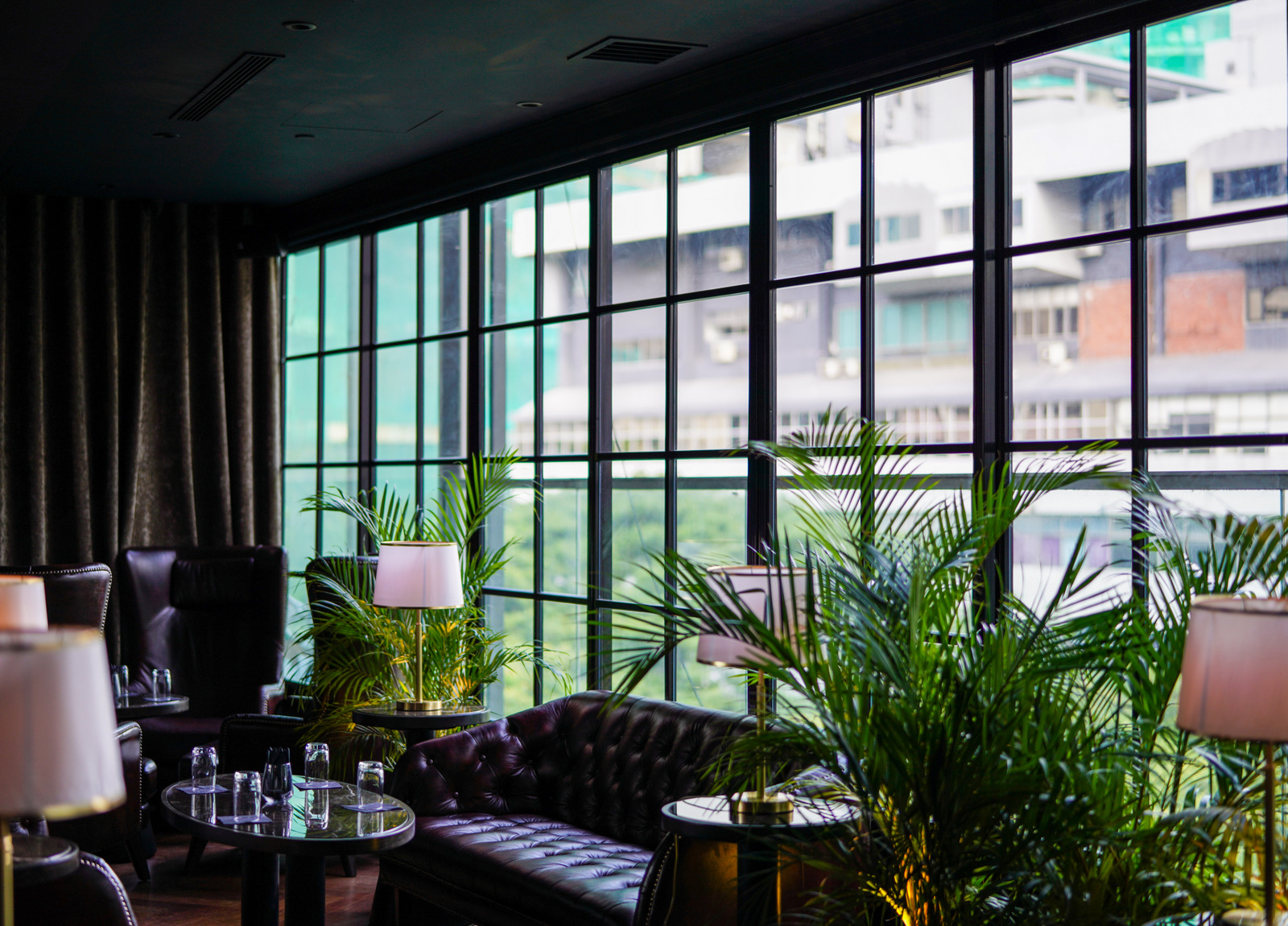 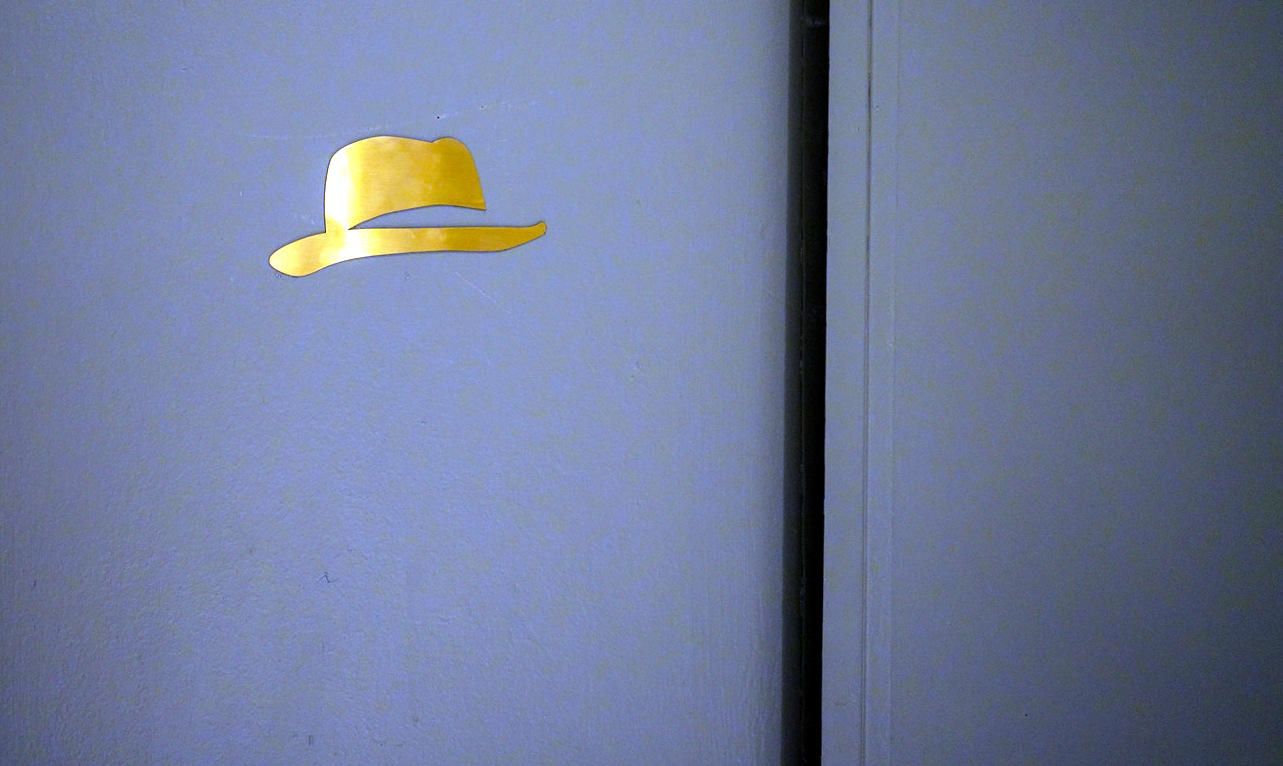 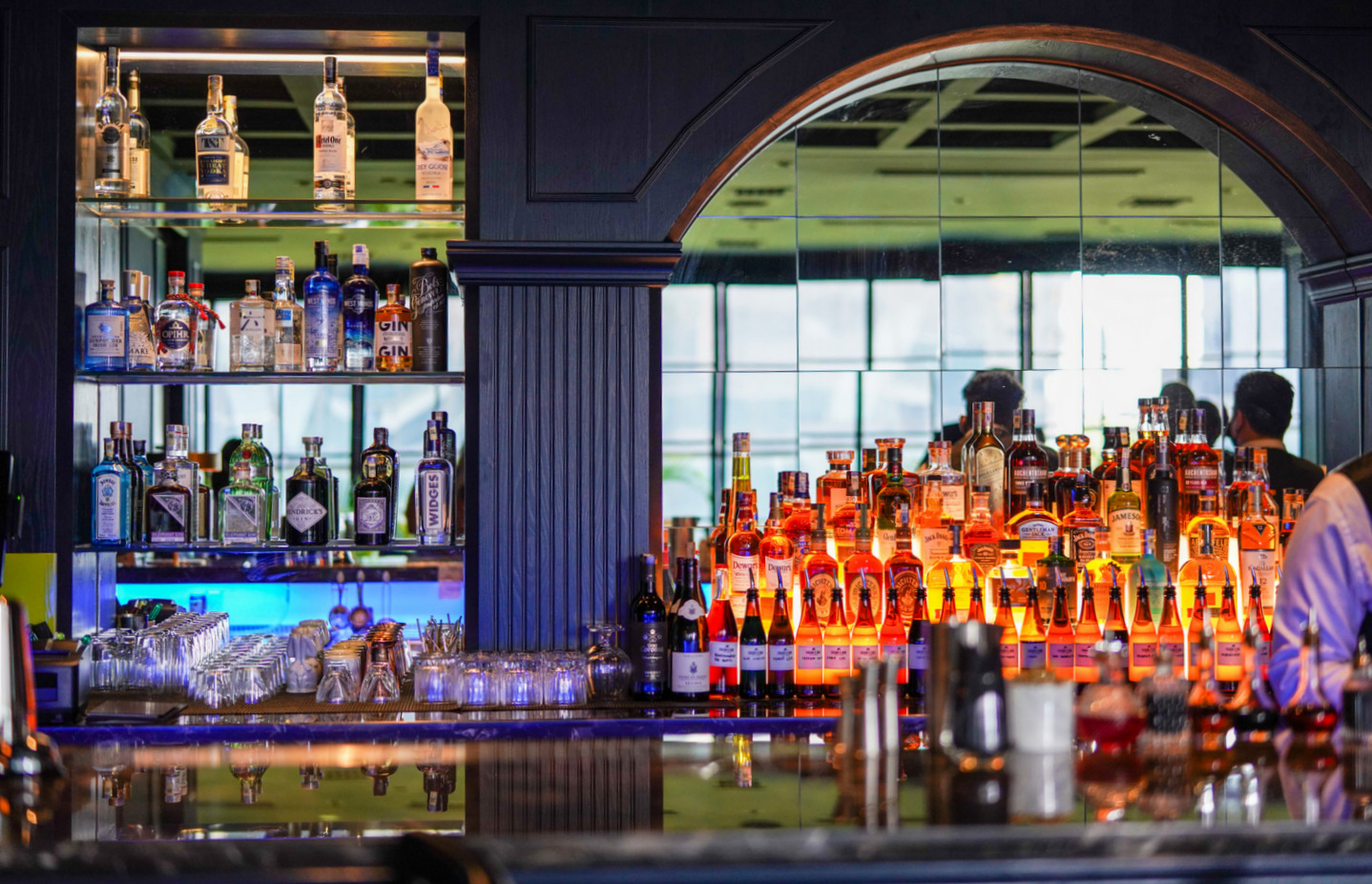 Our favourite Sinatra song is 1947's One For My Baby (and One More For The Road), a wistful piano ballad where he begs the bartender to pour him a final drink in an empty bar at closing time. But others might prefer a more upbeat tune like 1958's Come Fly With Me, where Frank tells his lover, 'if you can use some exotic booze, there's a bar in far Bombay - come fly with me, let's fly, let's fly away."
It's easy to imagine the Chairman of the Board enjoying a trip to Frank's Bar. Of course, the place swings with the sounds of his standards, like 'You'd Be So Nice To Come Home To.' Plus, it serves a remarkable range of liquors by the shot, so you won't need to purchase an entire bottle unless you want to. The space itself is made for lingering, looking timelessly elegant, comfortably overlooking the city centre's streets. And the entire team is top-notch, both behind and in front of the bar, with plenty of warmth and professionalism to spare.
All those qualities would suffice to make this one of KL's best new bars of 2020. But its captivating cocktails push it over the top, turning Frank's Bar into an all-timer. We came for a couple of drinks, we ended up leaving only after seven.
Note: Frank's is a speakeasy-style bar (appropriate enough, since Sinatra grew up in the era of Prohibition). There are three possible entrances on Avenue K's third floor - look for the fedora. 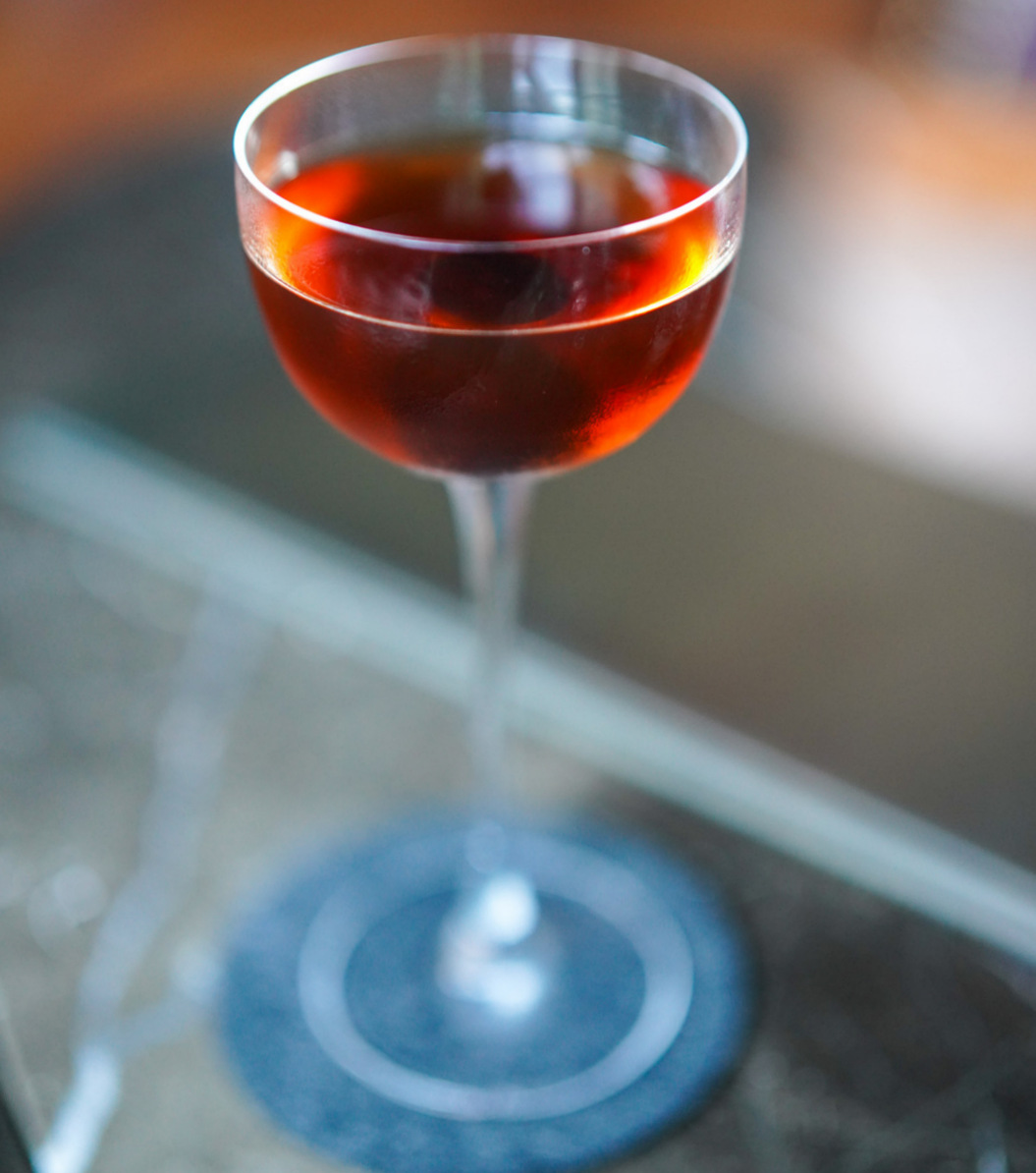 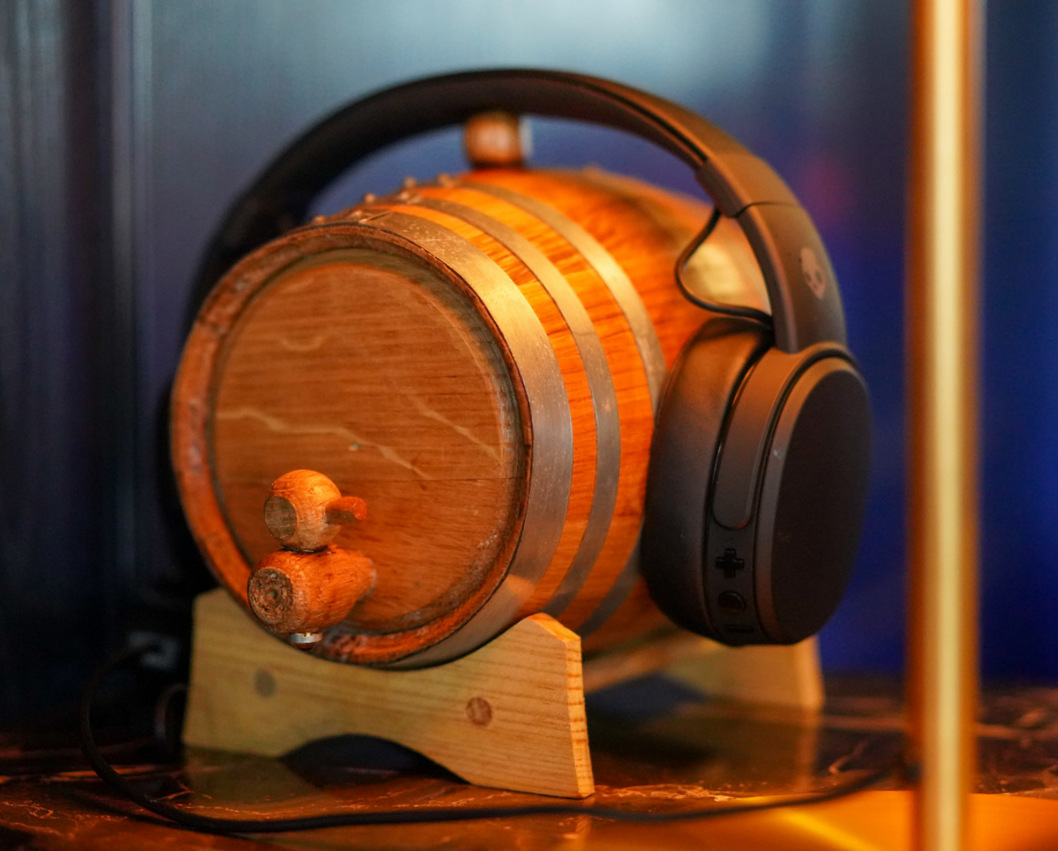 Frank's signature is Drowned in Sound (RM60), intriguingly conceived through the bar's 'sonic aging project.' A blend of Michter's bourbon and rye whiskey is aged for 14 days in a small barrel, with headphones placed on it, playing Sinatra tunes four hours everyday. The sound waves increase the interaction of the liquor with the American oak barrel's wall, speeding up the aging and enhancing the flavour of its contents.
We'll leave the science to the experts, though this is verifiably not a meaningless gimmick - a blind tasting proved to us that the aged blend tastes noticeably smoother, with deeper complexities. The result is a rich, bittersweet beverage that channels the classic Boulevardier, beautifully balanced with a swoon-worthy mix of Mancino Rosso Amaranto vermouth, orange and chocolate bitters, nectarous with the final flourish of an Italian maraschino cherry (Giovanni Andrea Magliaro, Frank's bar manager, is Roman-born). 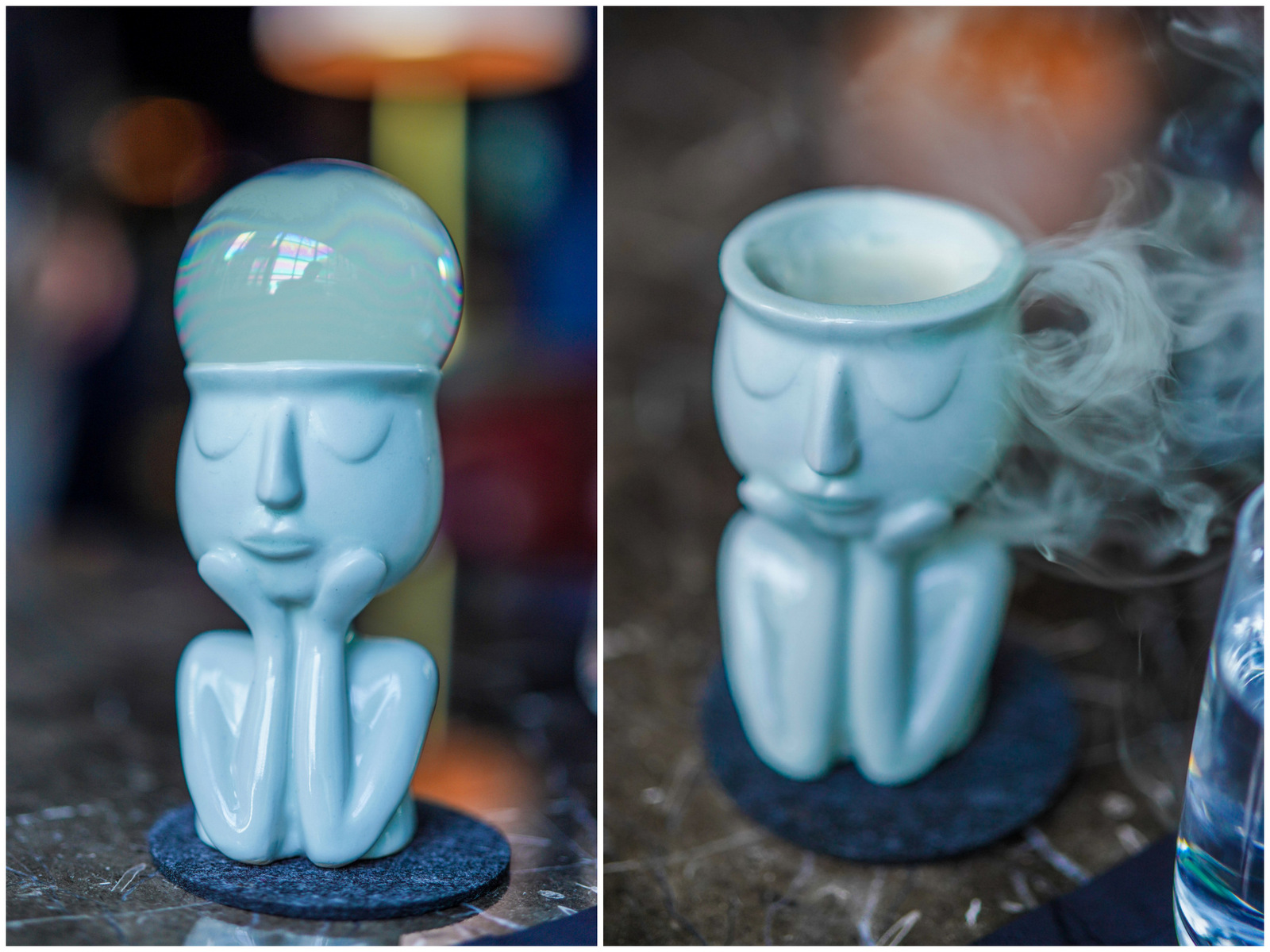 Giovanni and his team patiently explained each cocktail to us, but the painstaking details are now hopelessly lost in our memory's fog of whiskey. What we can recall of The Artist's Mind (RM45) is that it tastes as lovely as it looks, served in locally crafted ceramic, the smokiness of Dewar's 12-year whiskey encapsulated in a bubble that bursts into the void like a dissipating dream, with the botanical aromatics of Montenegro amaro buoyed by the spice of a house-made syrup of ginger and lapsang souchong tea. 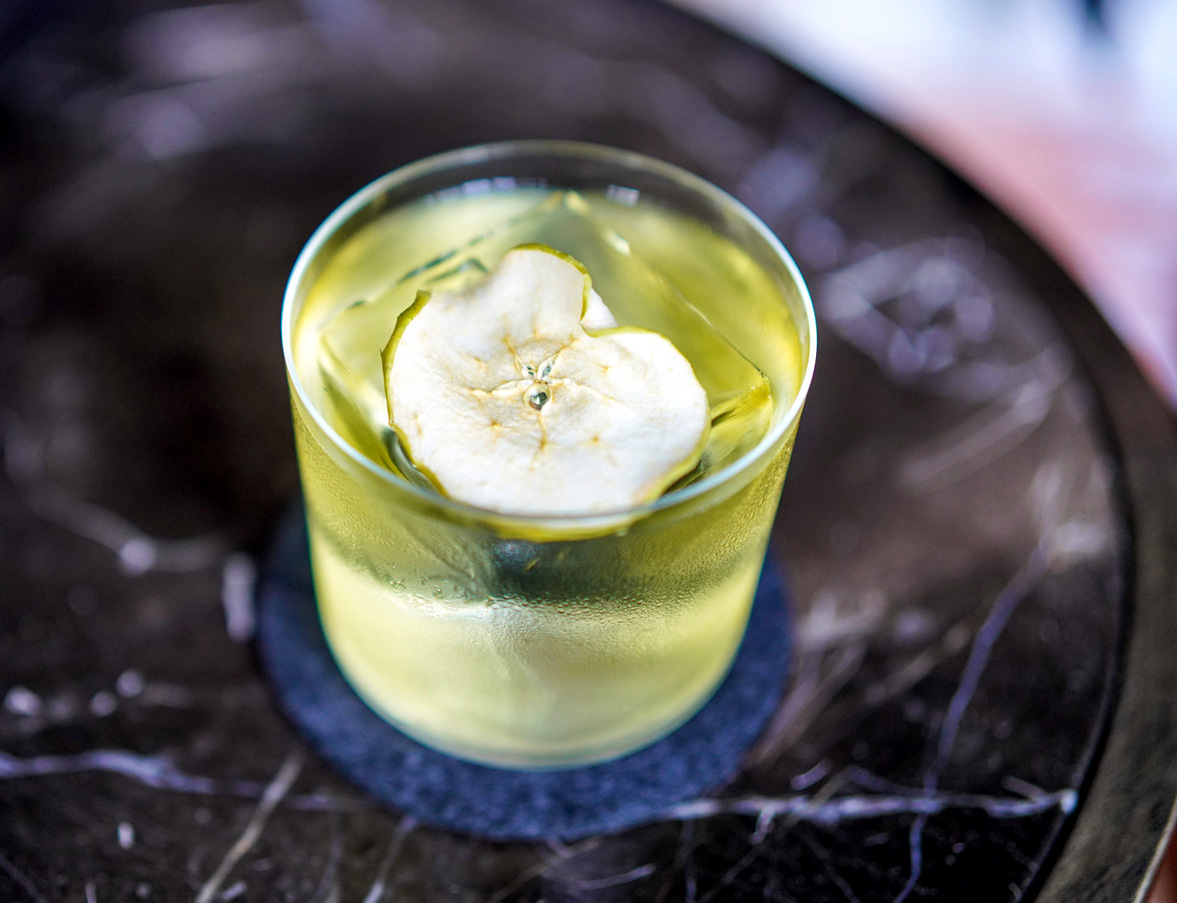 Floral Lab (RM45) could be a love-it-or-loathe-it choice - Tried-&-True vodka and Granny Smith green apple sour syrup, woven with saffron-infused Mancino Secco vermouth (we love saffron) and lavender kombucha (we loathe lavender-flavoured fare). Meant to be a refreshing quencher, fruity and floral, expertly executed with no component overwhelming the others - though we wouldn't mind more of the vermouth (sous vided with saffron for an hour), perhaps with a different flower-powered kombucha. 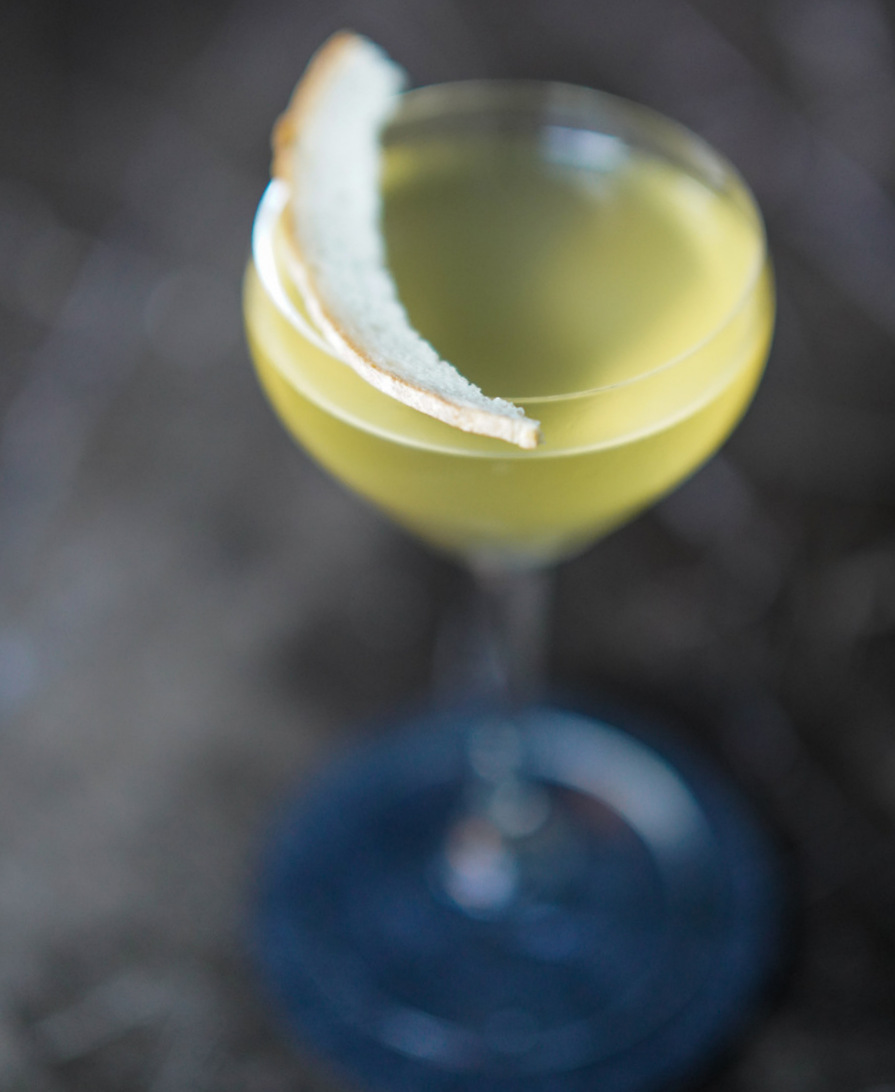 Our favourite of Frank's cocktails is deceptive in its simplicity. Malty Delight (RM45) brilliantly brings together beer and Bols, marrying the malt of a Beerfarm IPA reduction and Bols Genever in a mellowly nuanced fashion that even those of who've never loved ale can appreciate, imbued with the tropical tang of tepache (a pineapple brew) that's been fermented with cloves for five days. A sliver of sourdough crostini is the perfect food flavour-pairing for this cocktail of delectable depth. 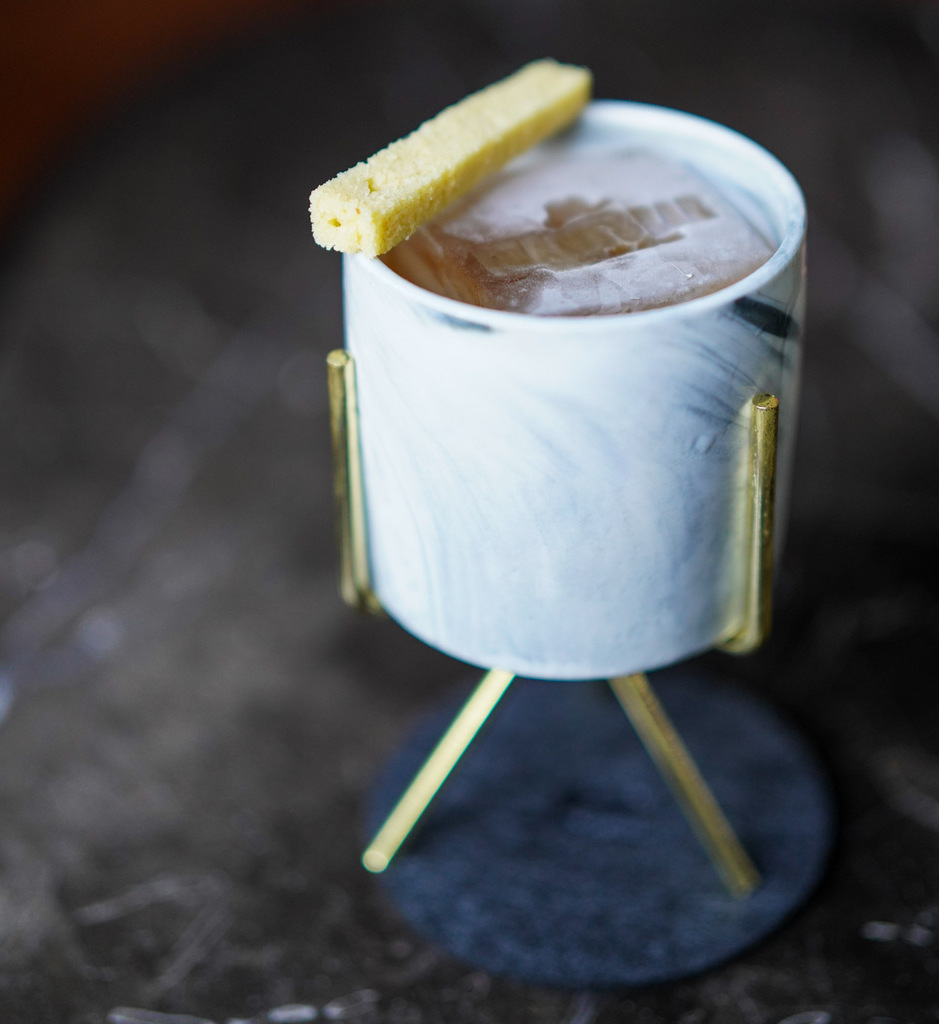 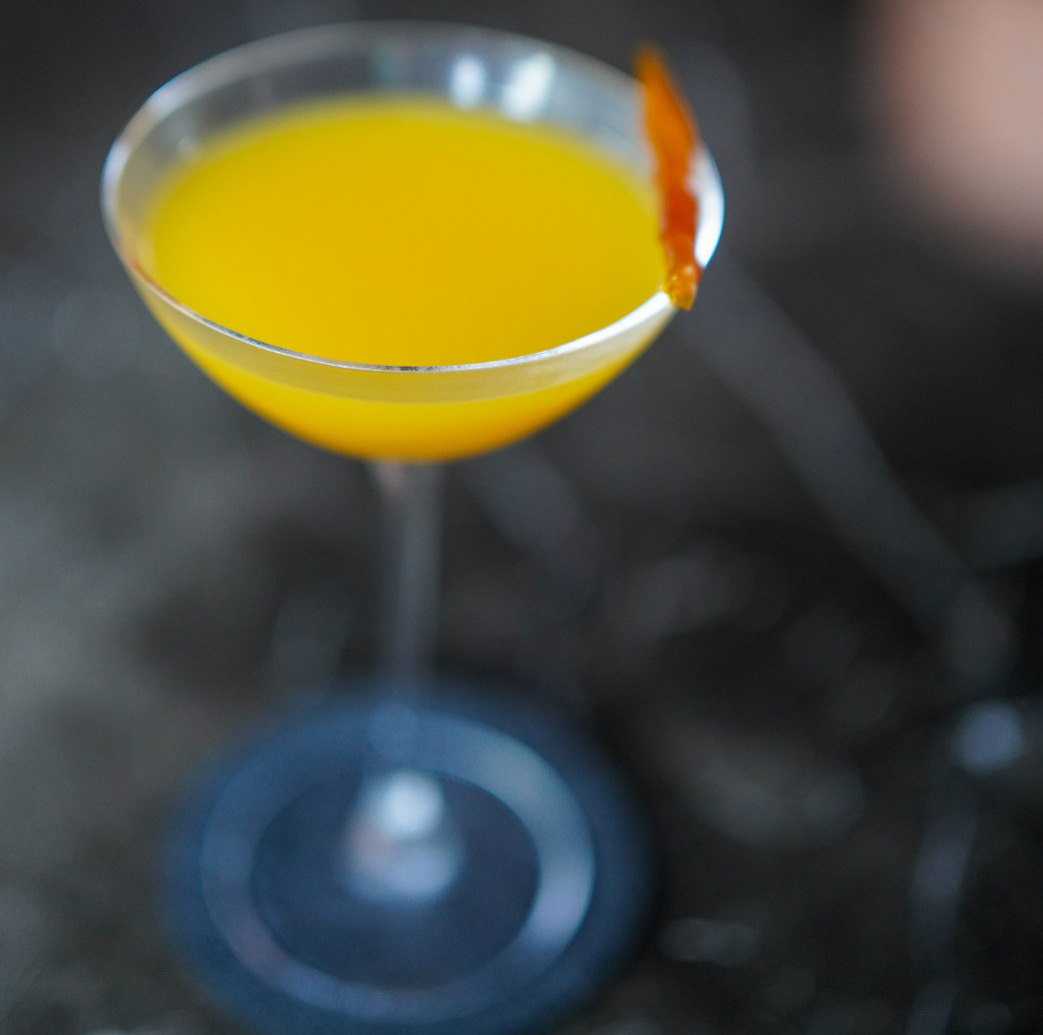 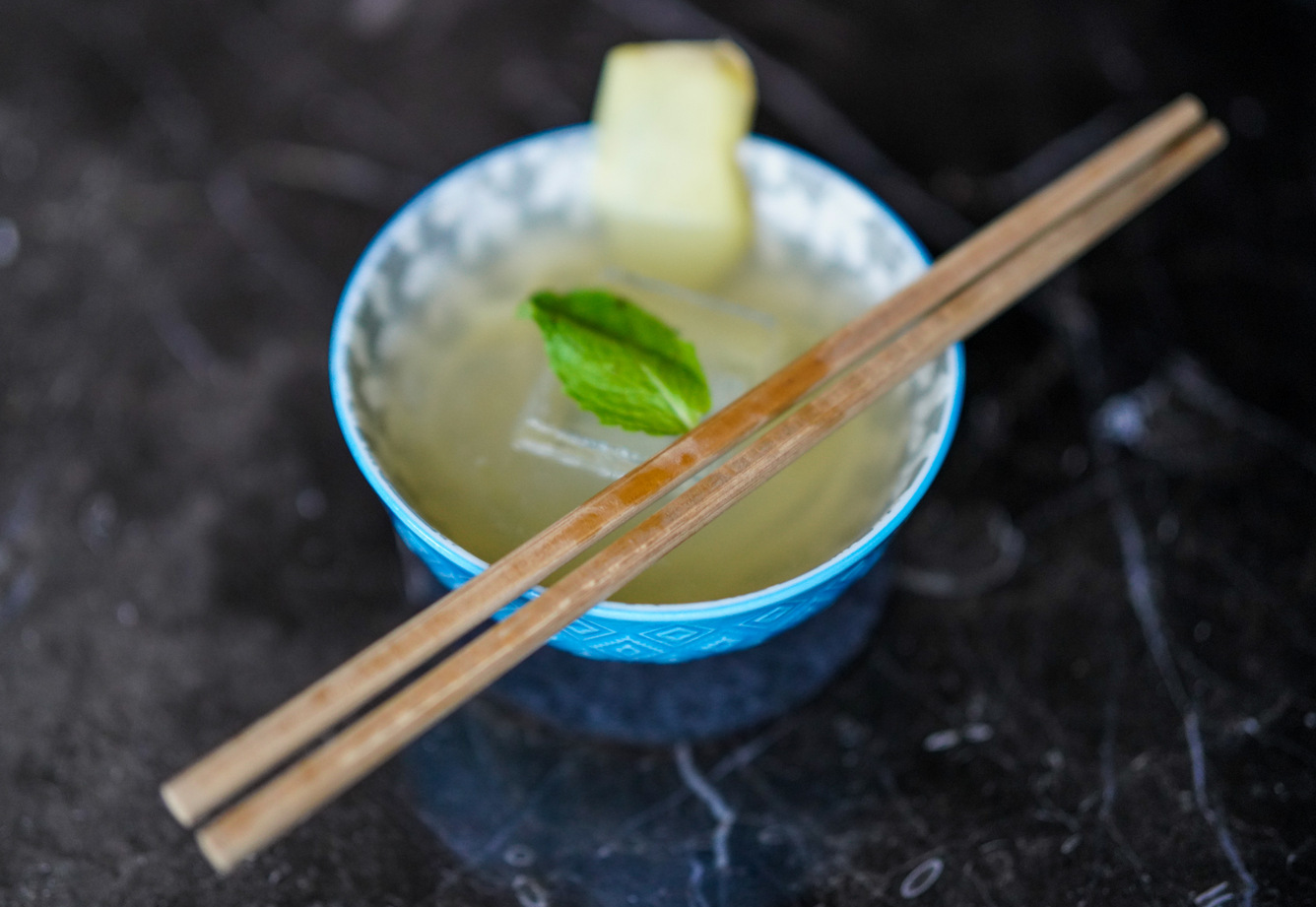 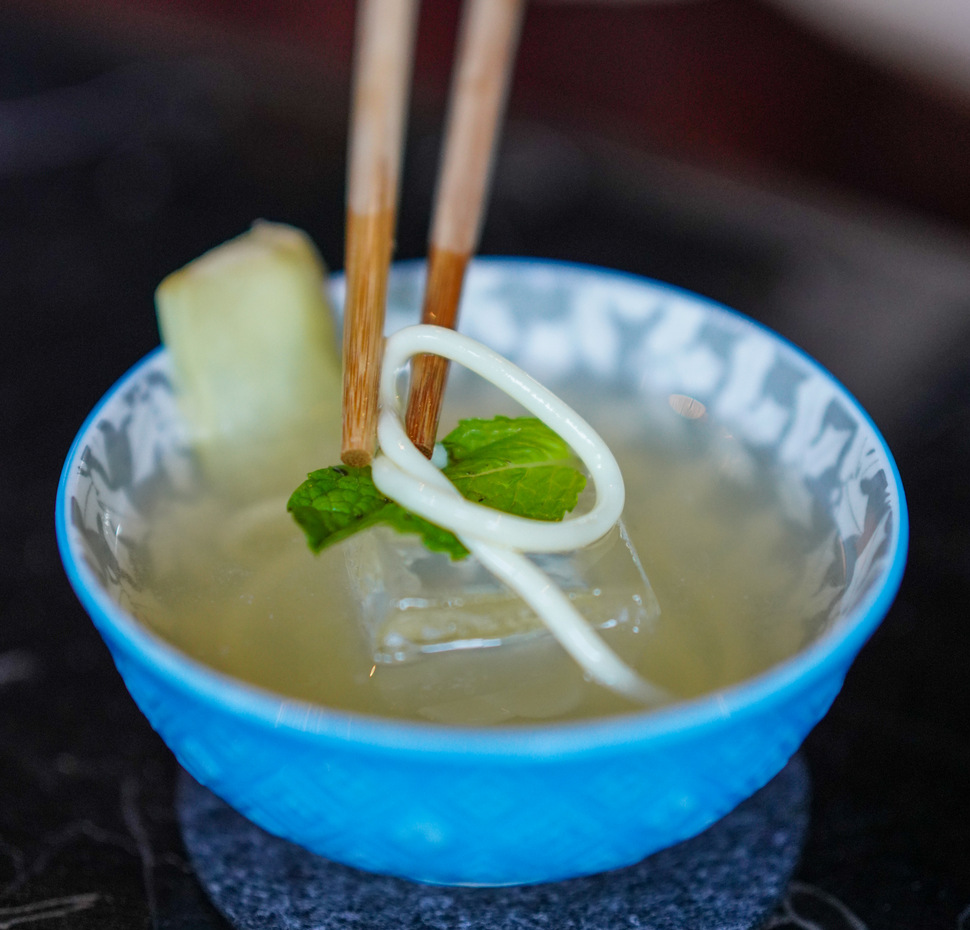 We near the end now, moving toward drinks as dessert.

For the young at heart, the potently pleasurable P.B.J. (RM45) is ideal for the inner child - Laird's applejack and China-China orange liqueur, with peanut butter, strawberry jam, pink grapefruit juice and apple cider, topped with dried vanilla sponge cake.
For folks who'd like a sweet-sour punch, Bumpin The Mango (RM45) is built with luscious Indian Alphonso mangoes, the base for lemongrass-infused Jack Daniel's Honey with cardamom bitters and lime juice. There's an extra citric touch to this, in the garnish of leathery lemon rind, showcasing how Frank's Bar strives to purposefully use every part of the fruit in its ingredients.
And for everyone who loves playing with their drinks, Ramen Beats (RM45) is an East Asian reinterpretation of a sour that Giovanni first worked on while he was bartending in London - Bombay Sapphire gin with Kizakura Karakuchi sake, Morinokura shiso umeshu plum liqueur, The Japanese Bitters Shiso and sakura tea flower syrup, with white chocolate noodles to pluck out of the cocktail with your chopsticks. 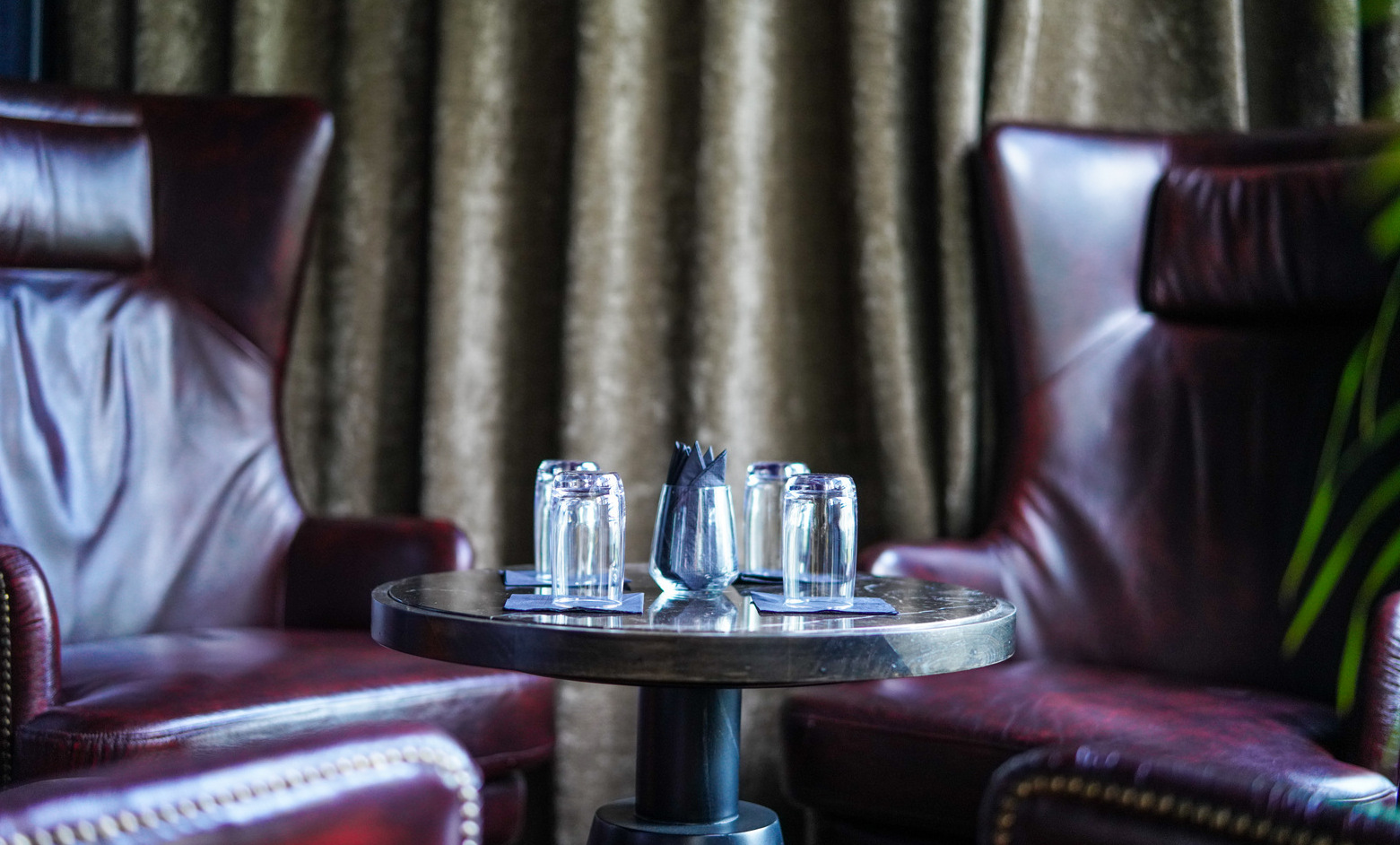 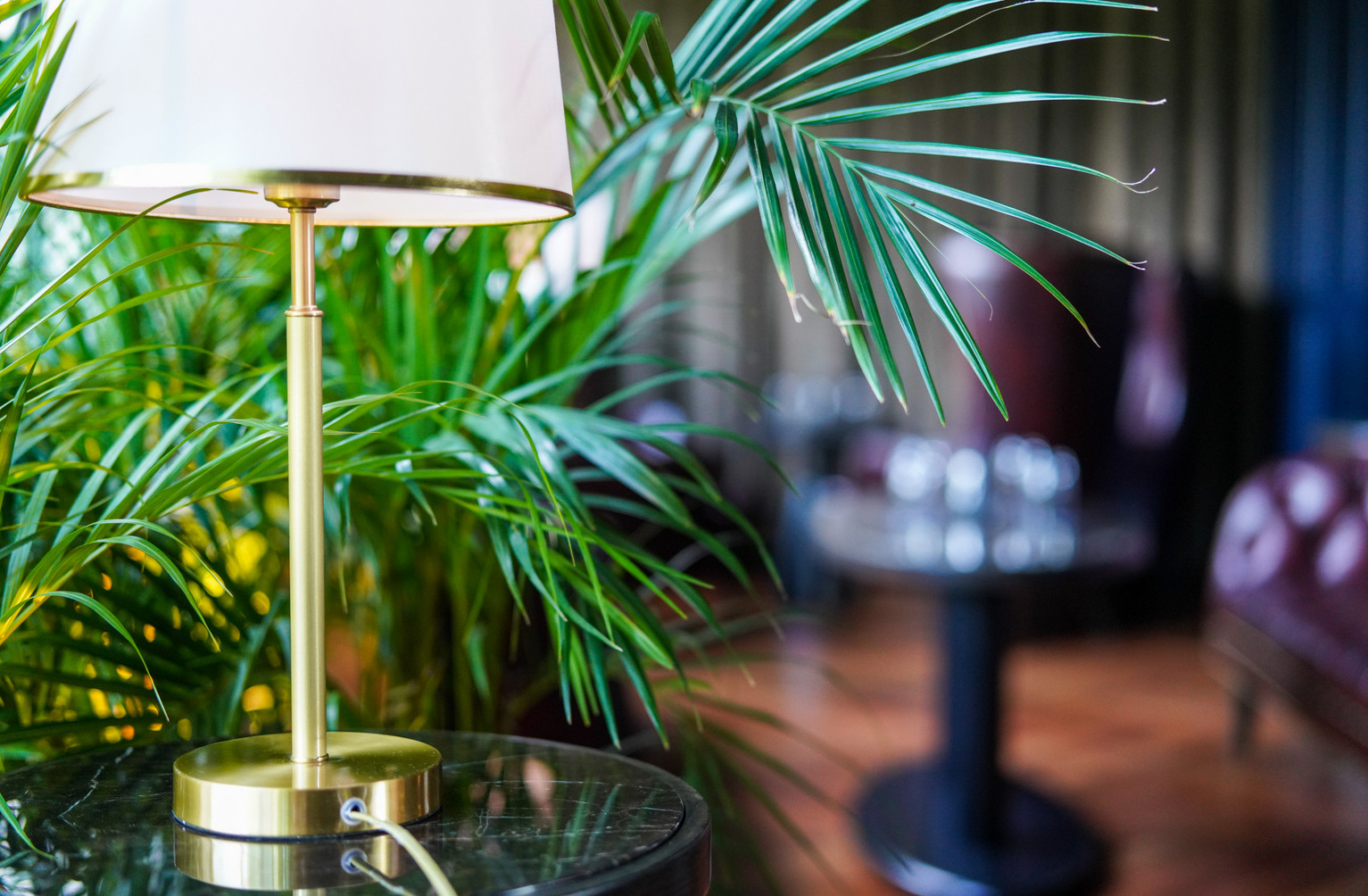 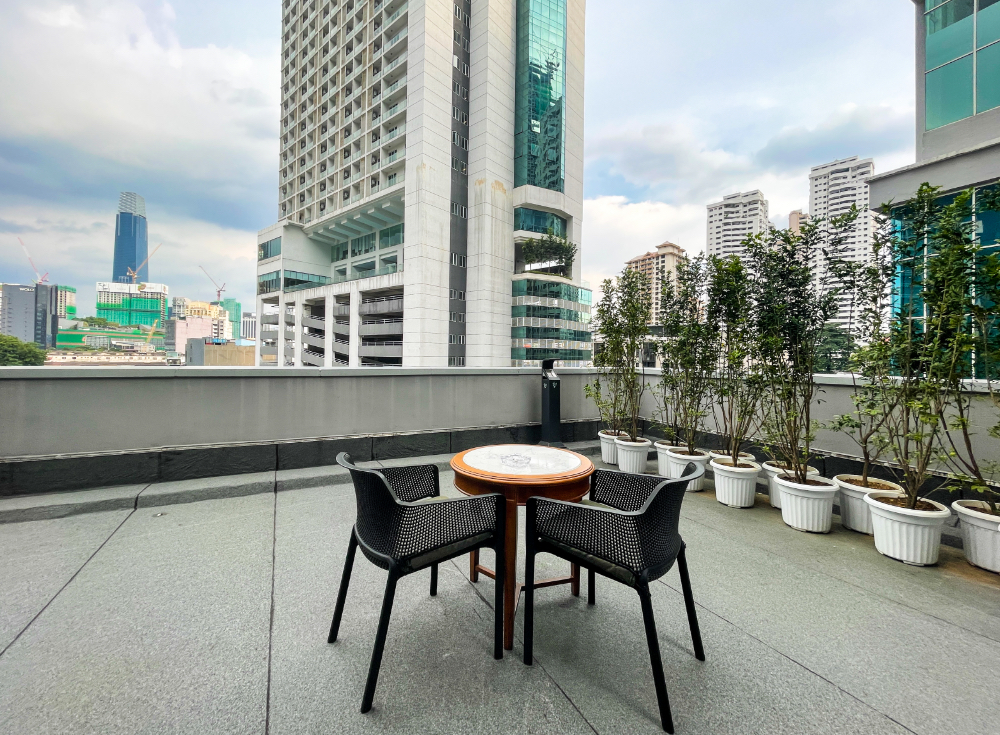 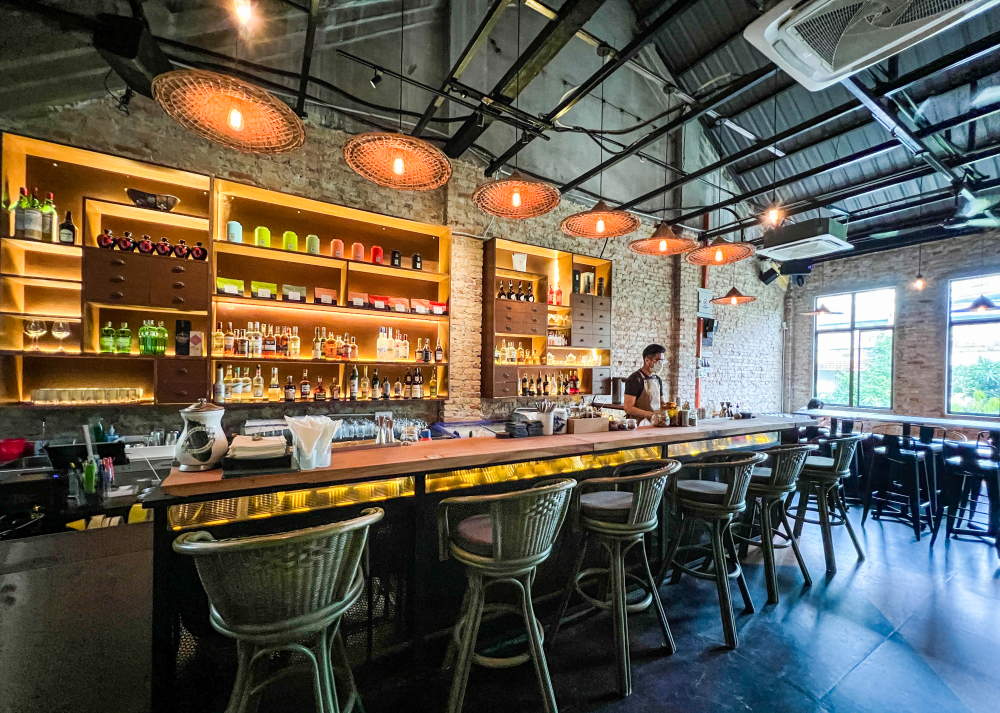 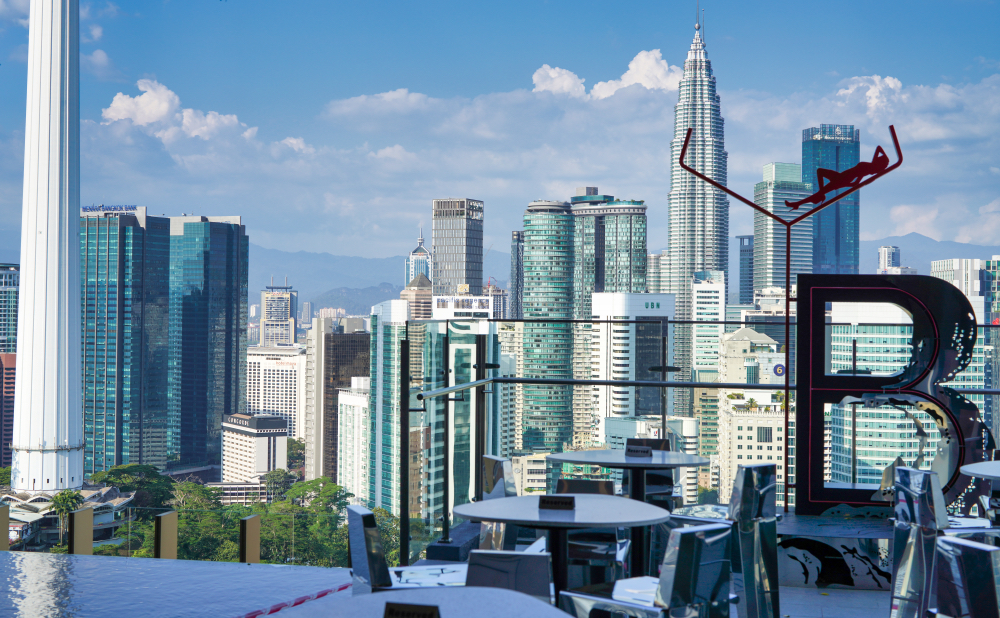 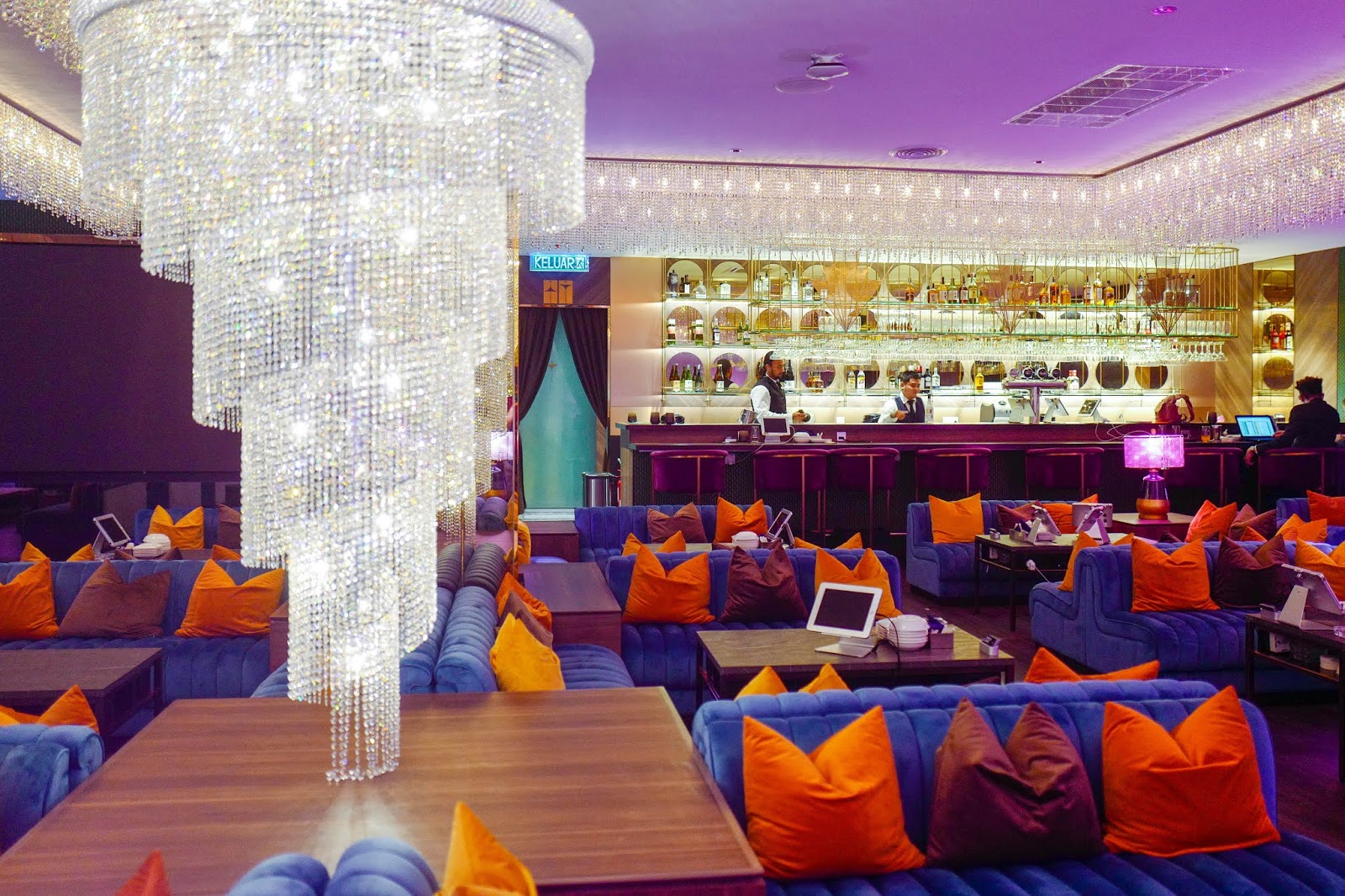