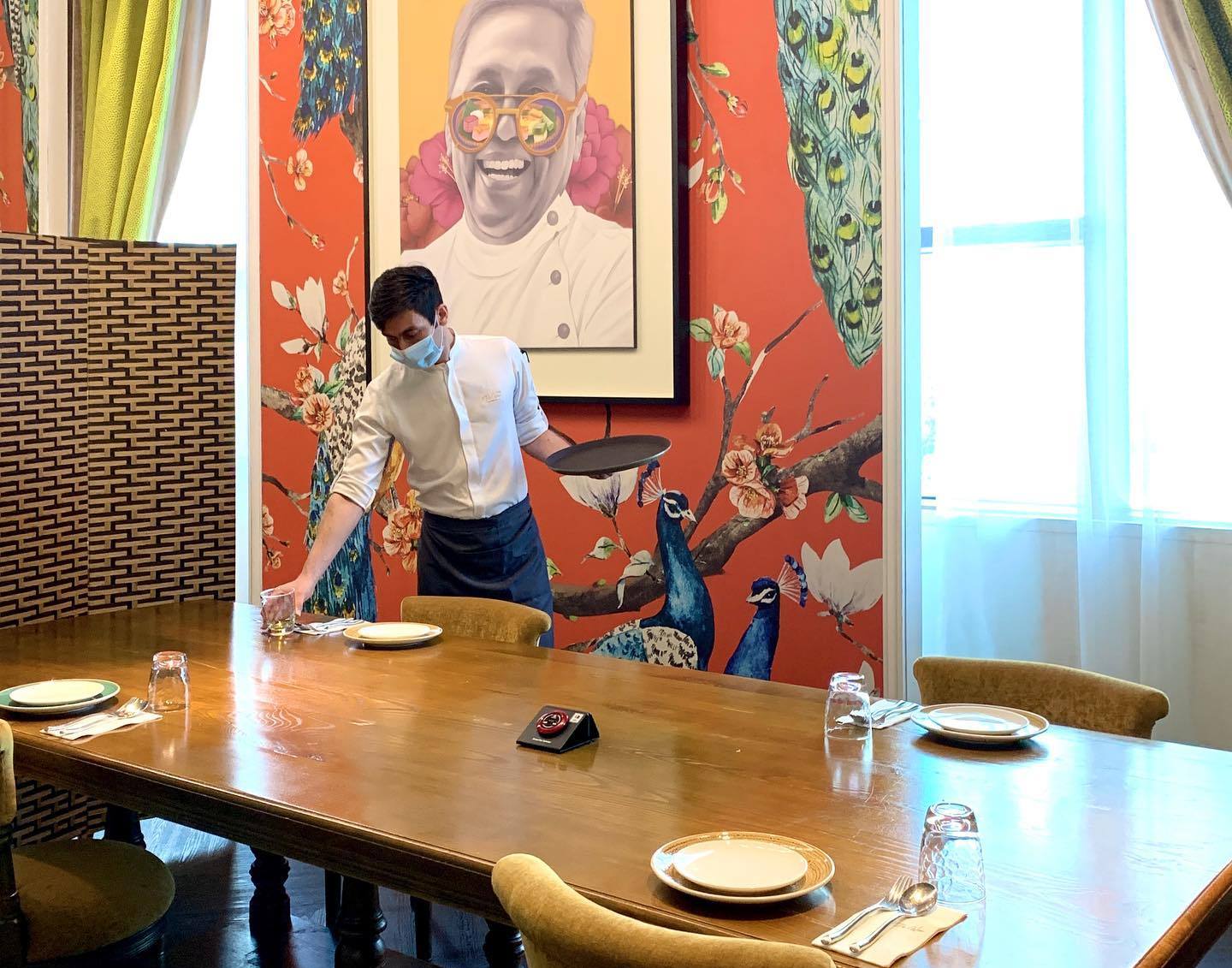 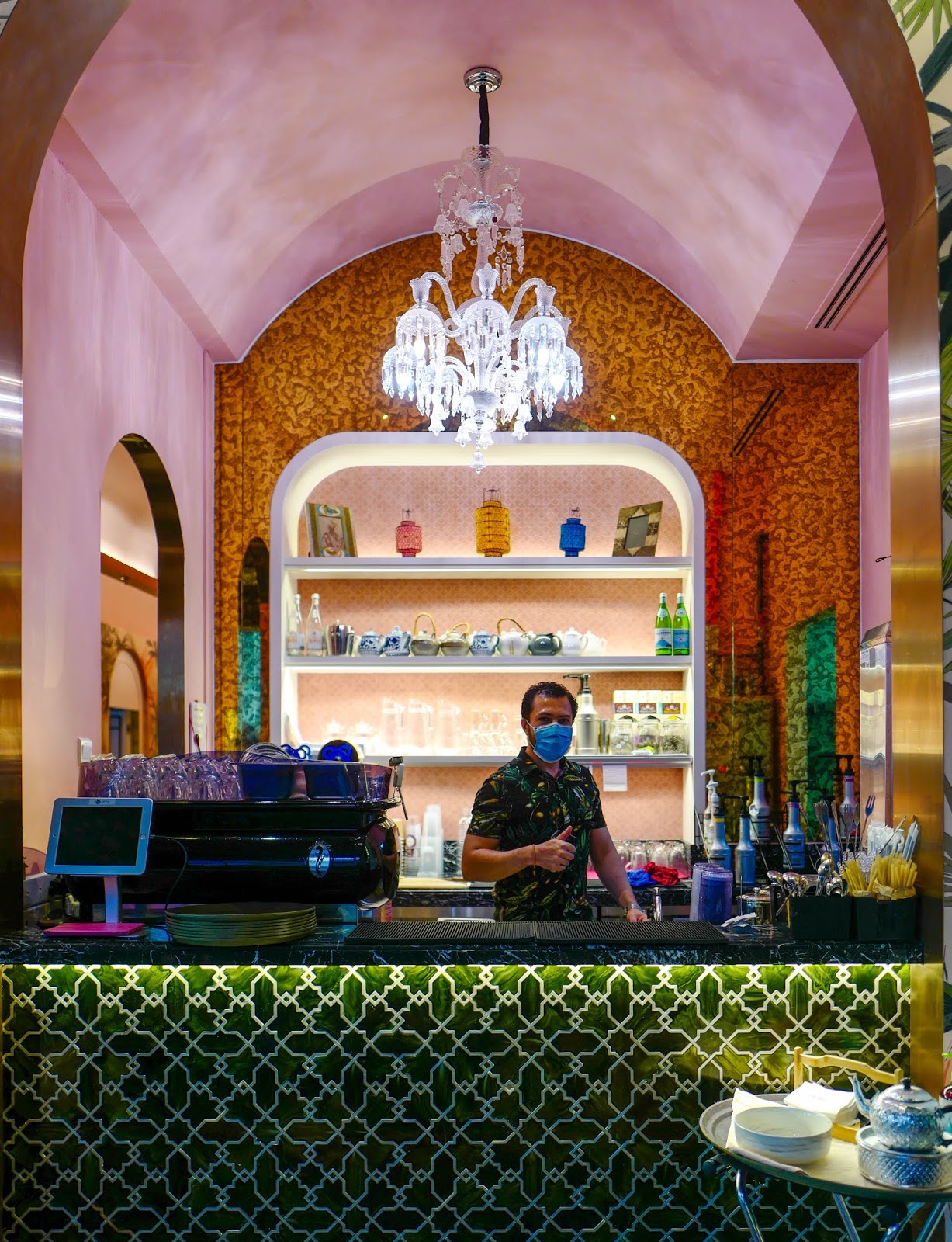 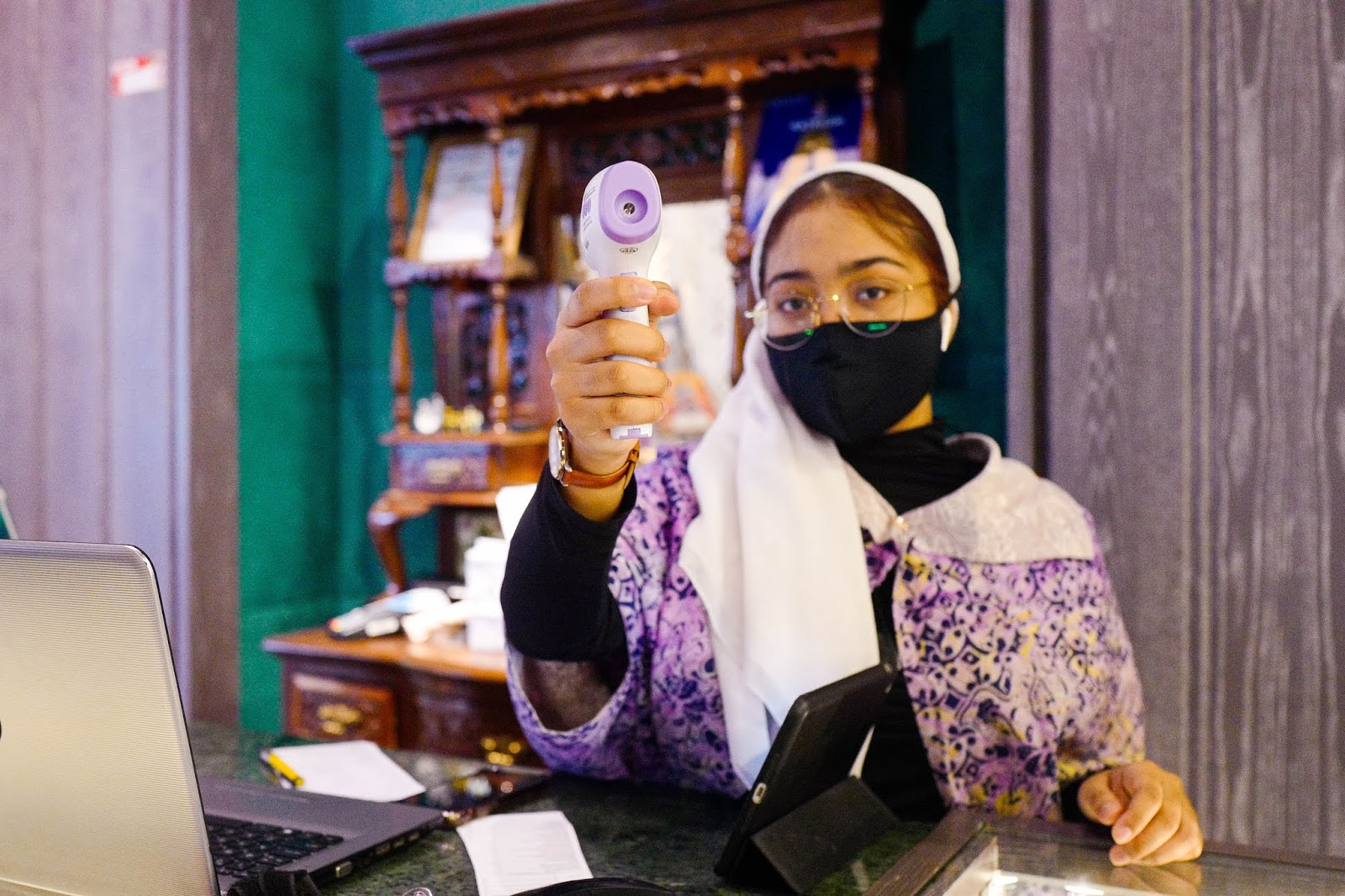 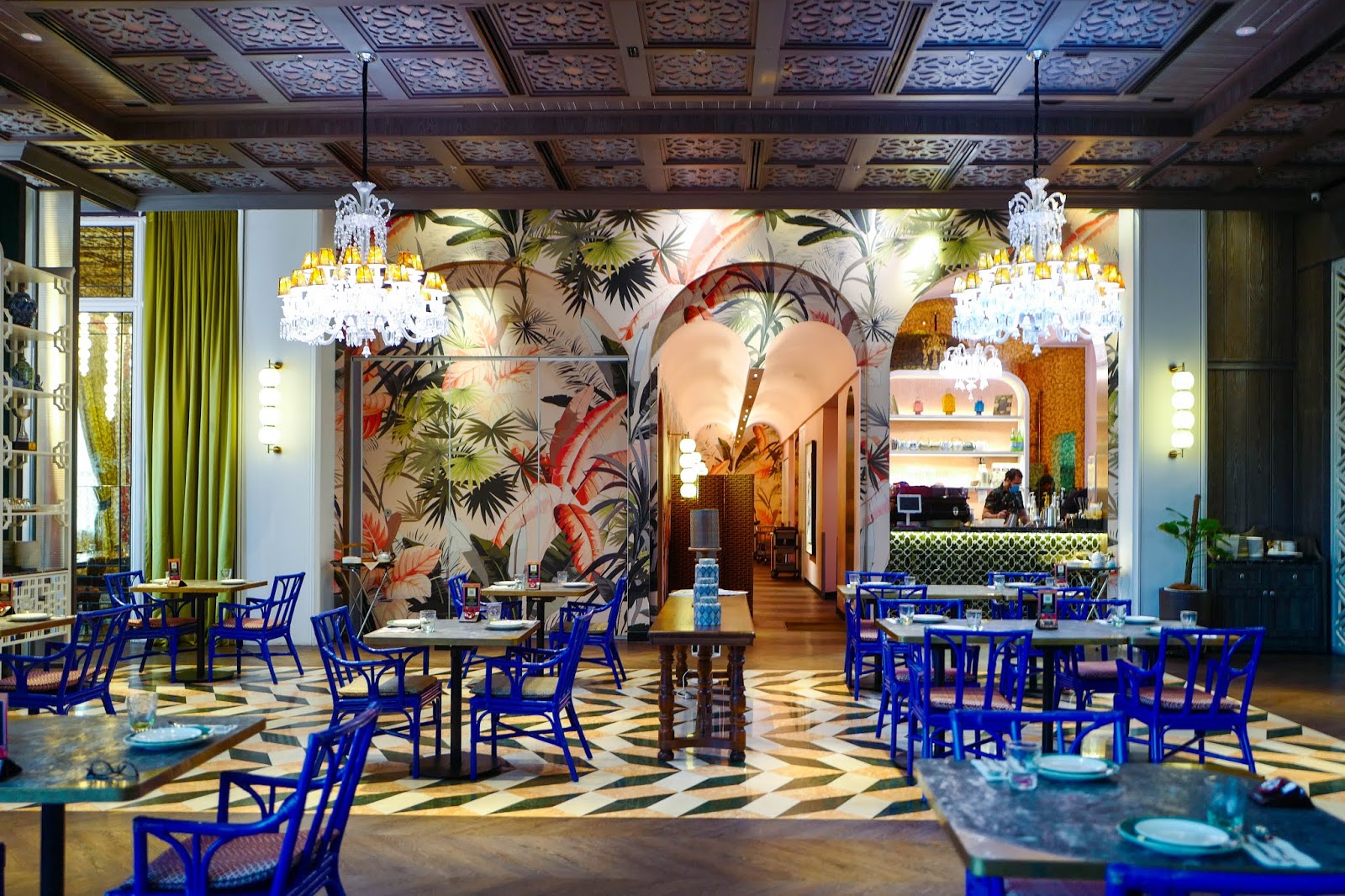 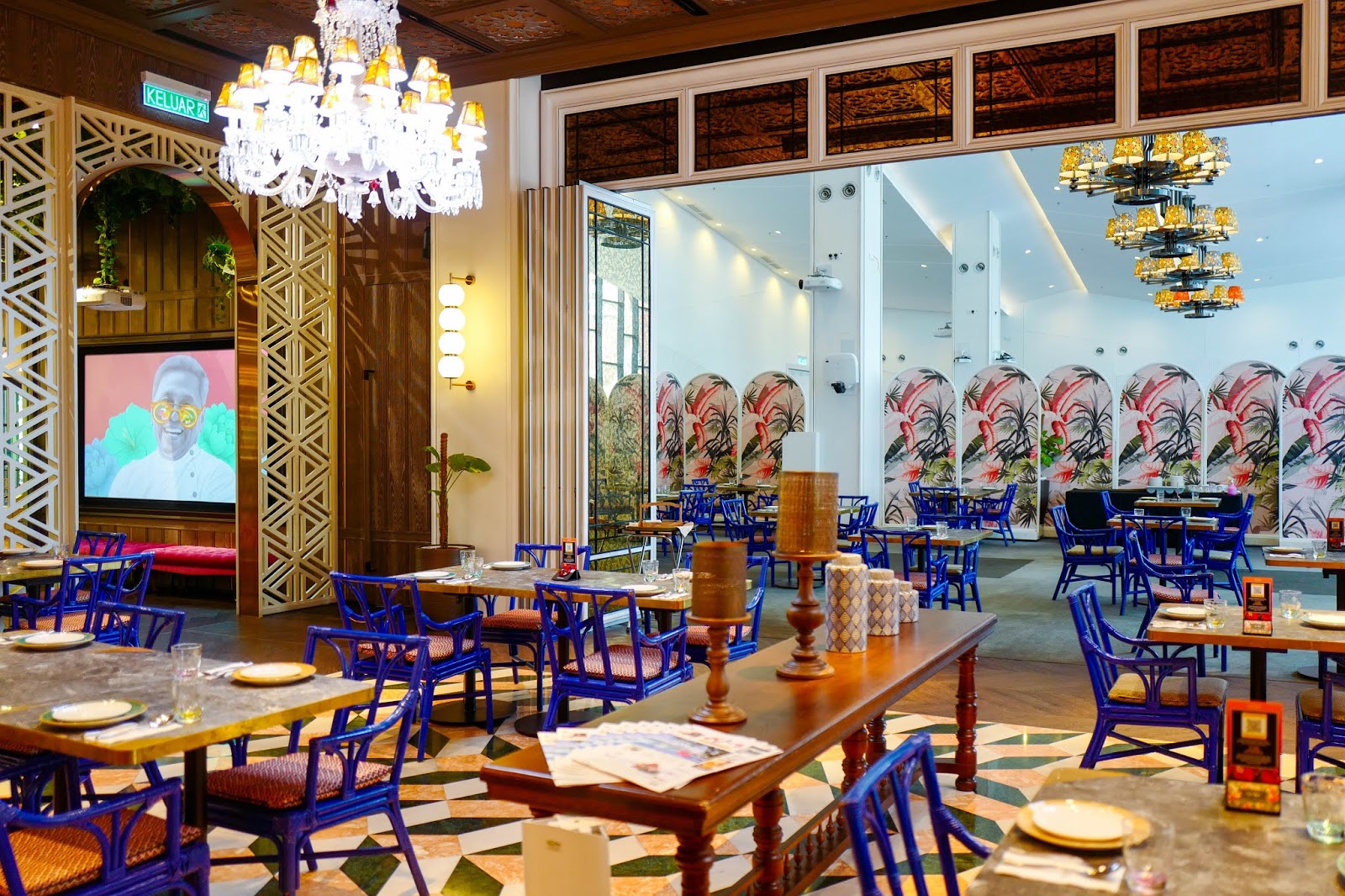 When De.Wan 1958 reopened its doors for dine-in this month, the familiar flourishes welcomed patrons back: A cavernous, chandelier-lit space that exudes colour and charm, cheered with beautiful tiffin carriers, handsomely carved mahogany ceilings, and wallpaper embellished with 10-foot-tall peacocks, plus a pop-art portrait of its smiling namesake, Chef Wan.

But beyond that, fresh changes beckoned: Sparser seating spread out across 13,000 square feet, with no more than four customers per table, cared for by servers working in masks, equipped with temperature scanners and hand sanitisers.

After weeks of shelter-in-place restrictions, restaurants are reawakening to dramatically different conditions, clouded by relentless health fears. But De.Wan 1958 offers an encouraging story for how some eateries can adapt to a swiftly transformed world while adhering to their strengths. 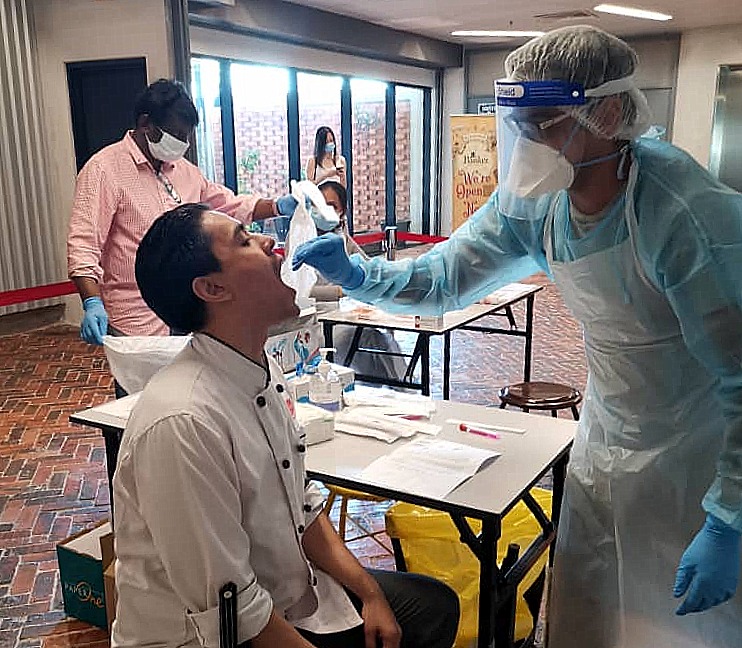 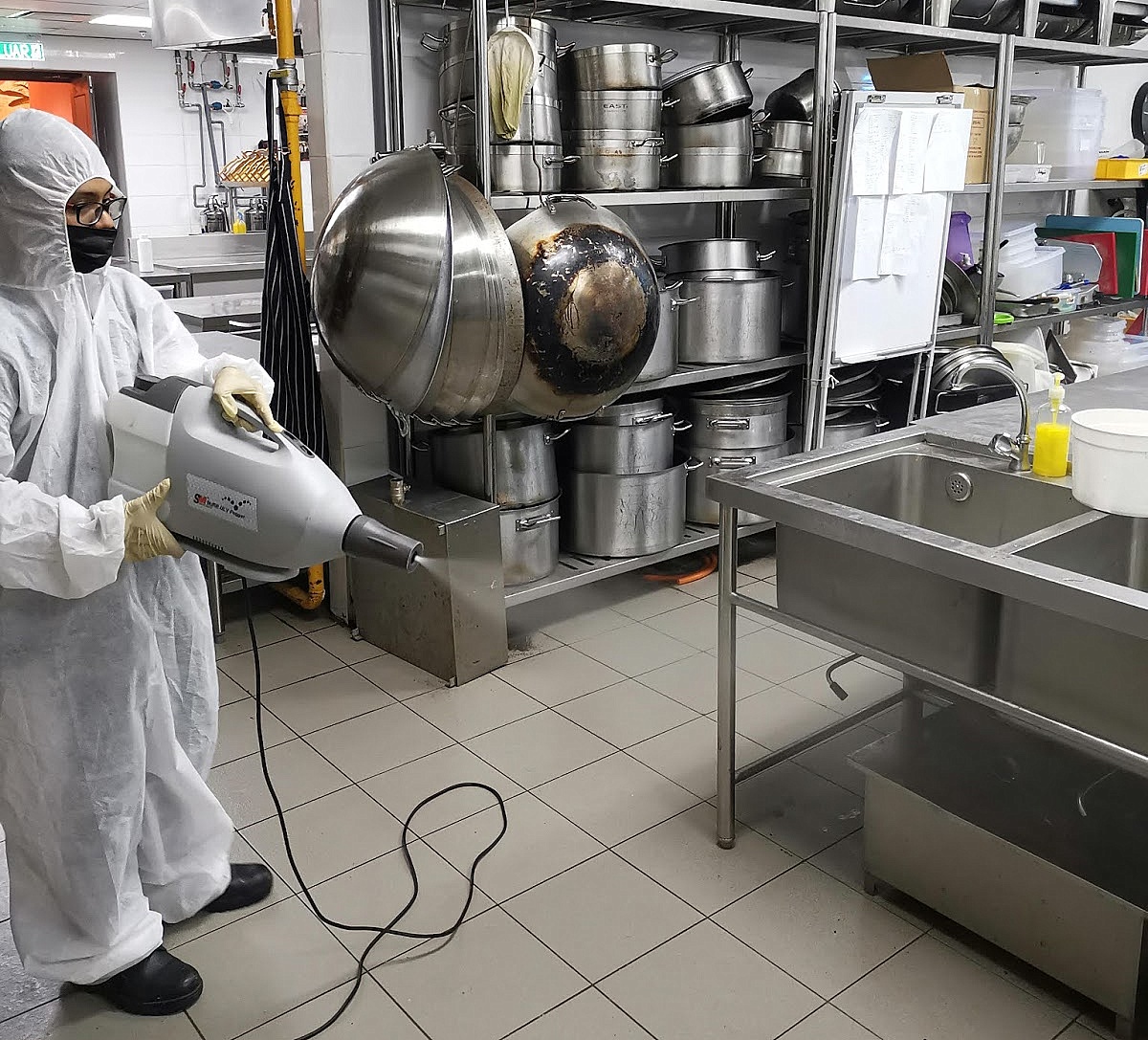 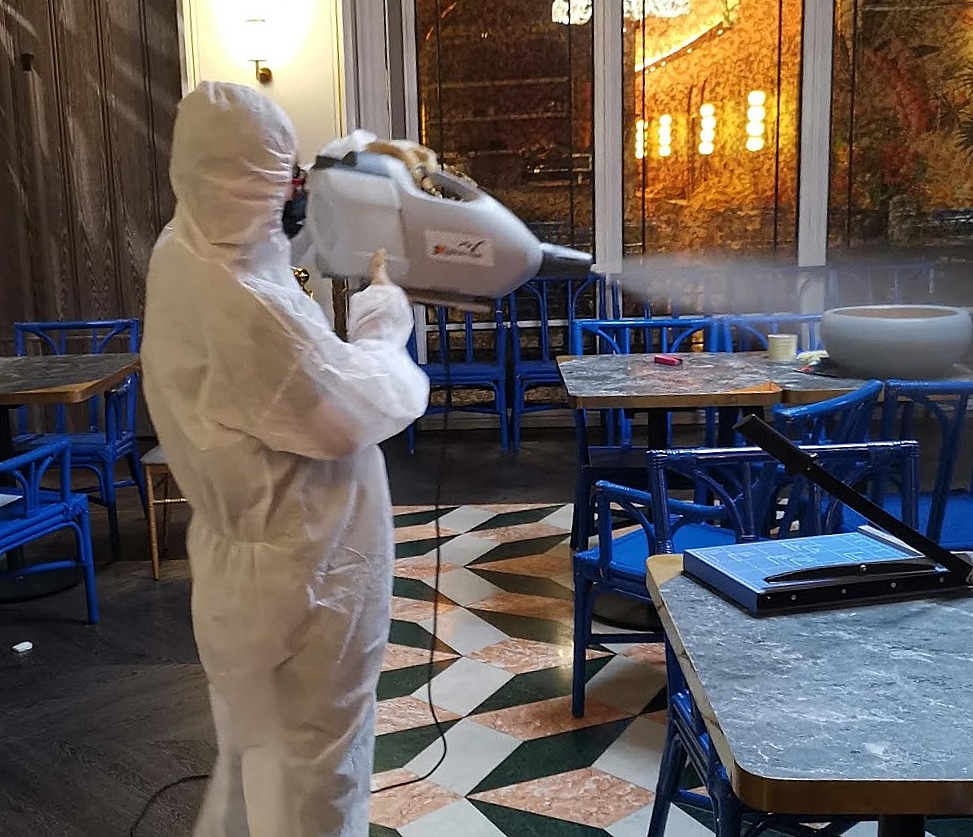 Behind the scenes, De.Wan 1958 has gone beyond minimum requirements to reassure both its customers and its crew.

"Before we reopened, we sent all our staff, including myself, for PCR tests," says De.Wan 1958 co-founder Andre Shum, referring to the nasal and throat swab tests that have become the benchmark for detecting active coronavirus infections. At RM400 per person for more than 30 staff members, the tests cost De.Wan 1958 over RM12,000, ensuring that every employee could resume work.

Foresight helped the restaurant restore dine-in operations as early as May 4, securing professional sanitisation services sooner than expected for deep-cleaning, disinfecting and fumigation - even though these measures weren't mandatory for reopening. 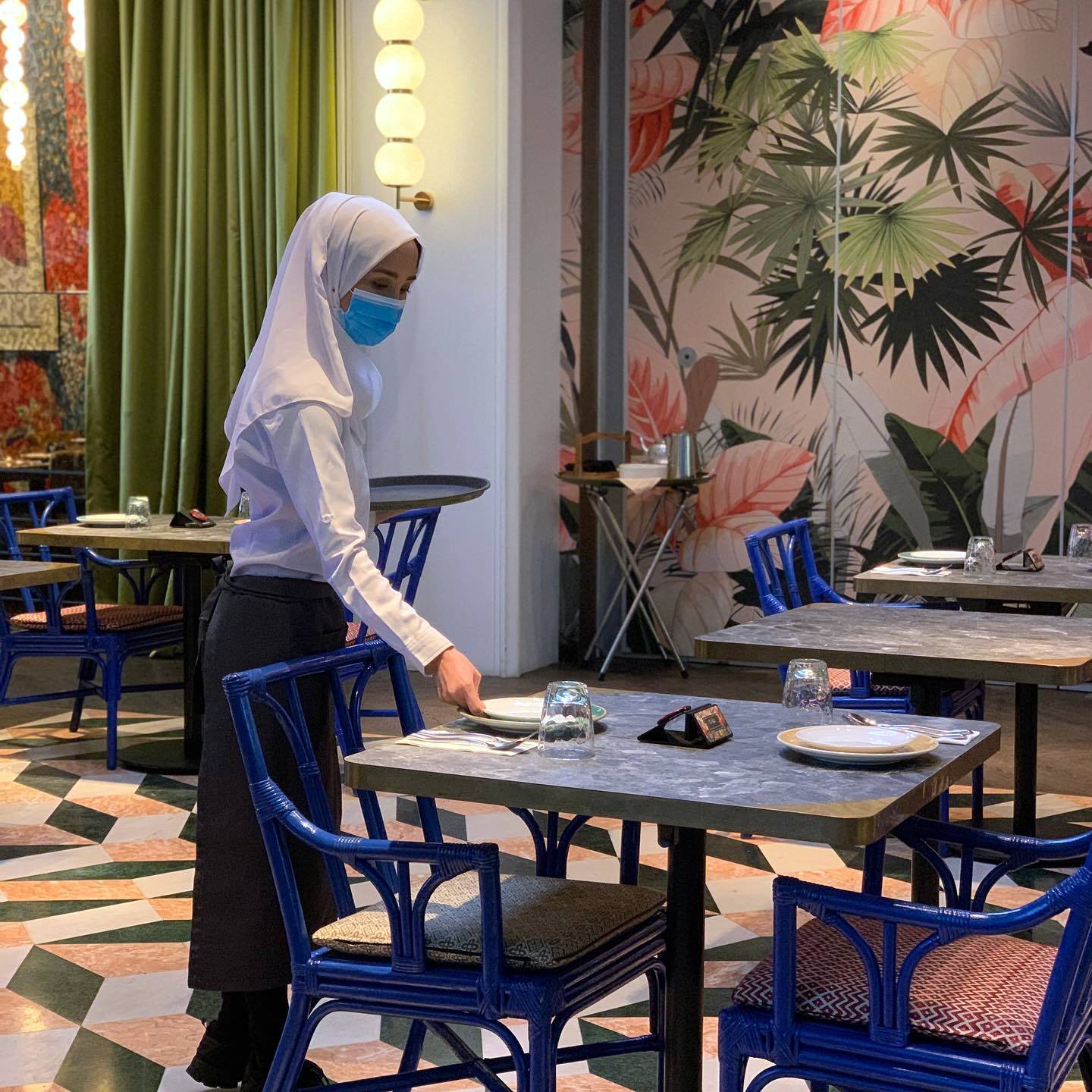 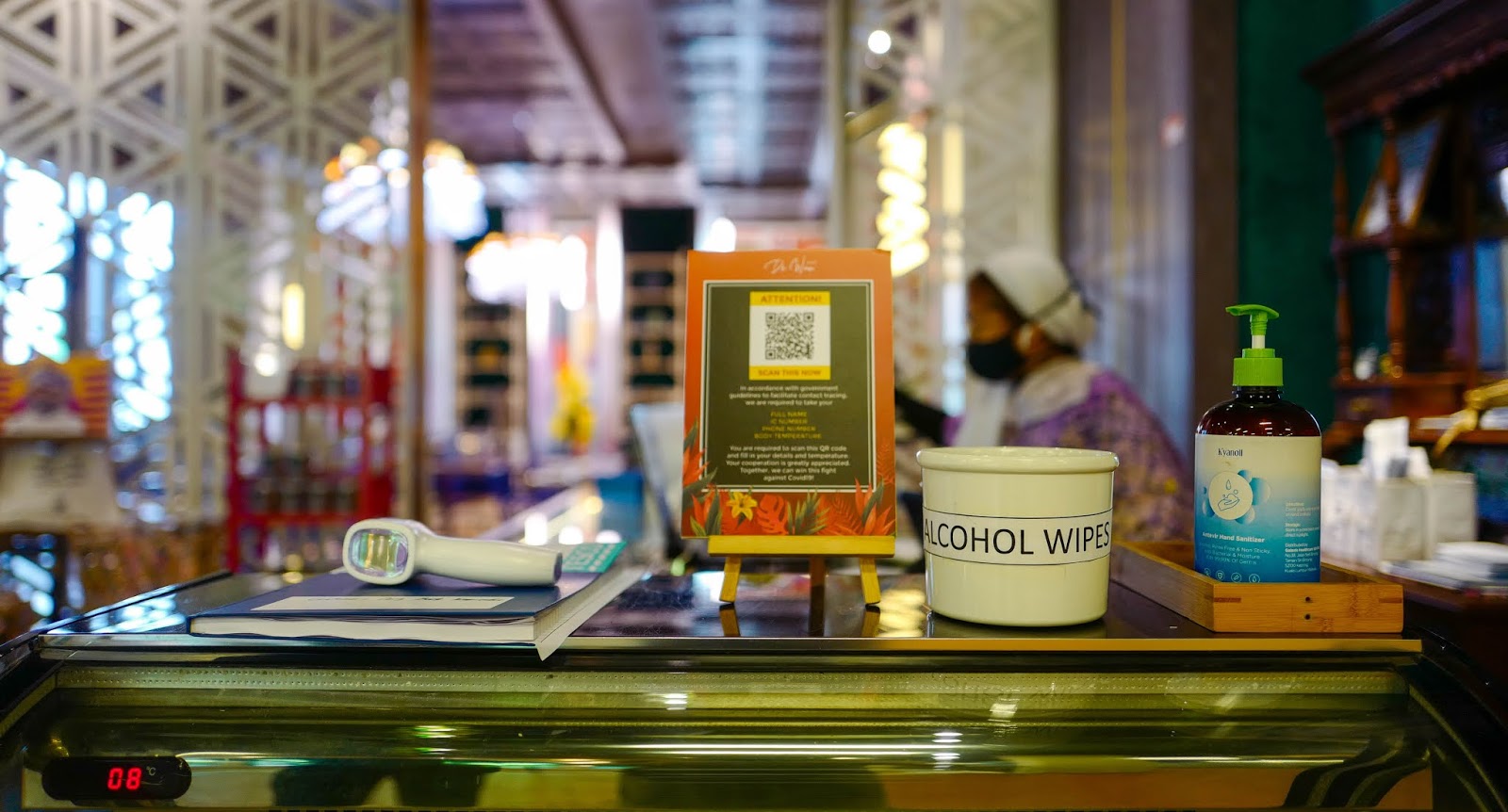 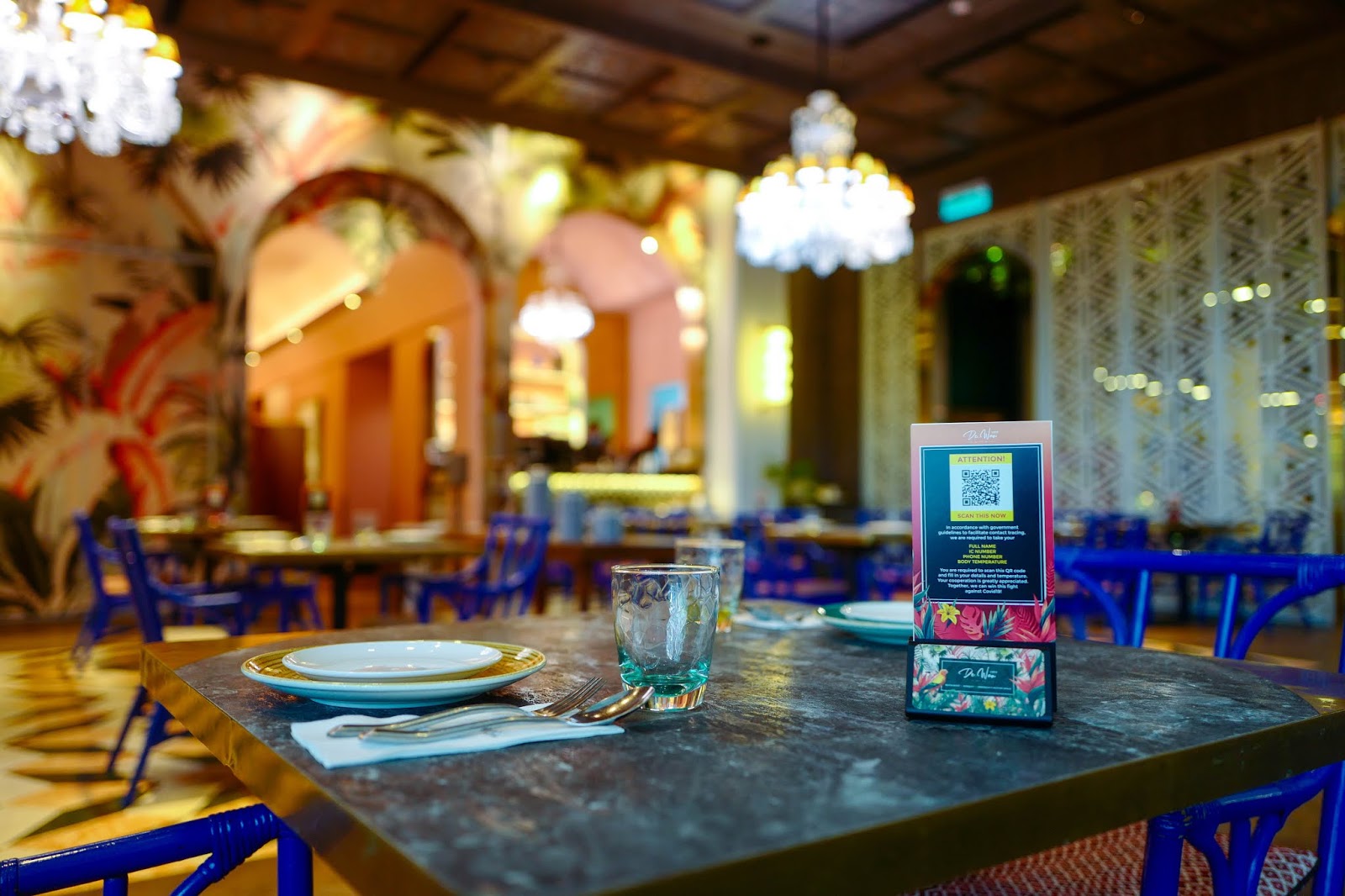 That attention to detail endures from the moment a customer arrives at the entrance, from temperature checks to the ready availability of hand wipes and sanitisers. You'll be taken to your table immediately, minimising close proximity with other customers coming in, to scan a QR code for filling up a contact tracing form. The smooth, anxiety-free process is appreciated by guests so far. 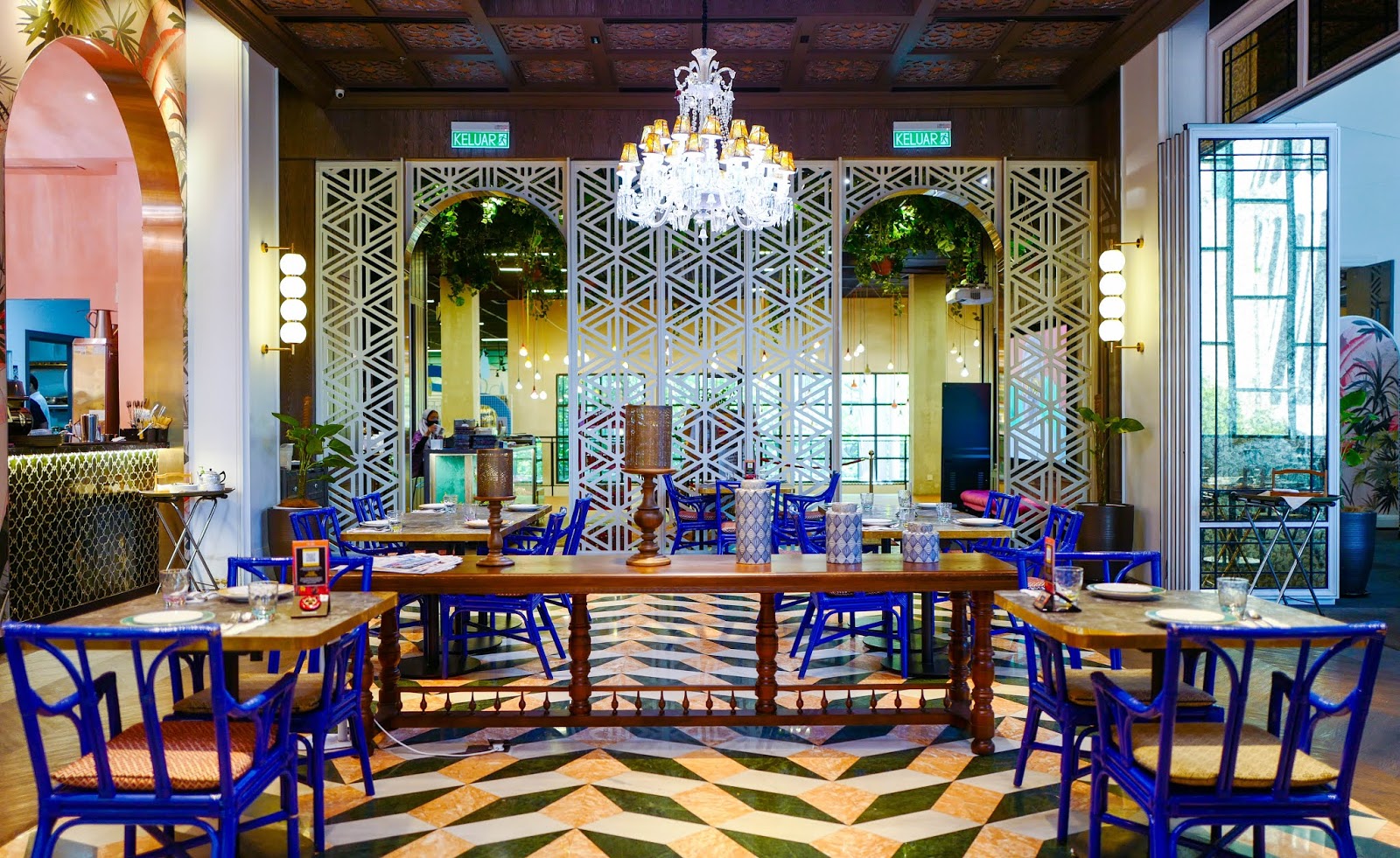 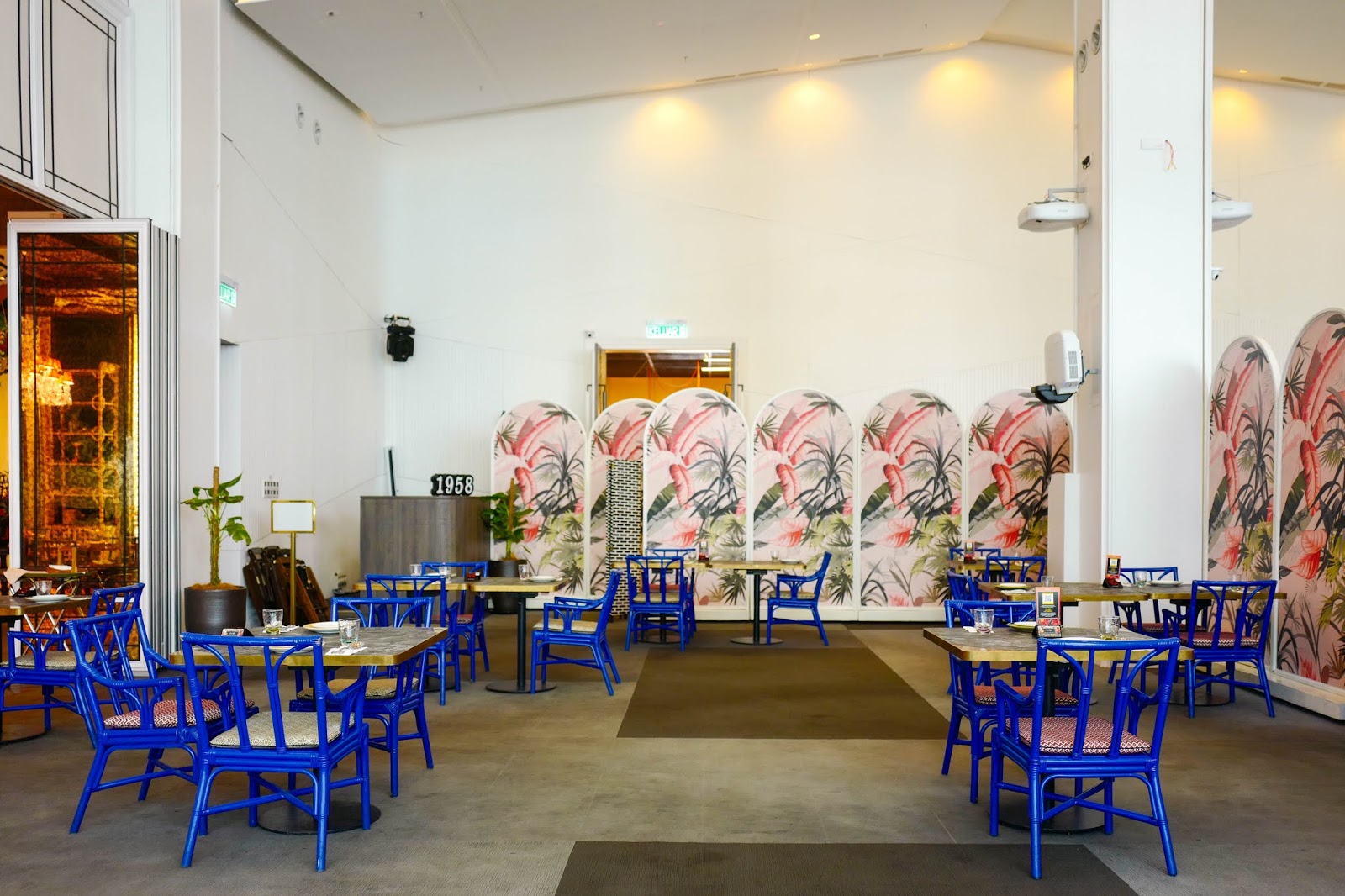 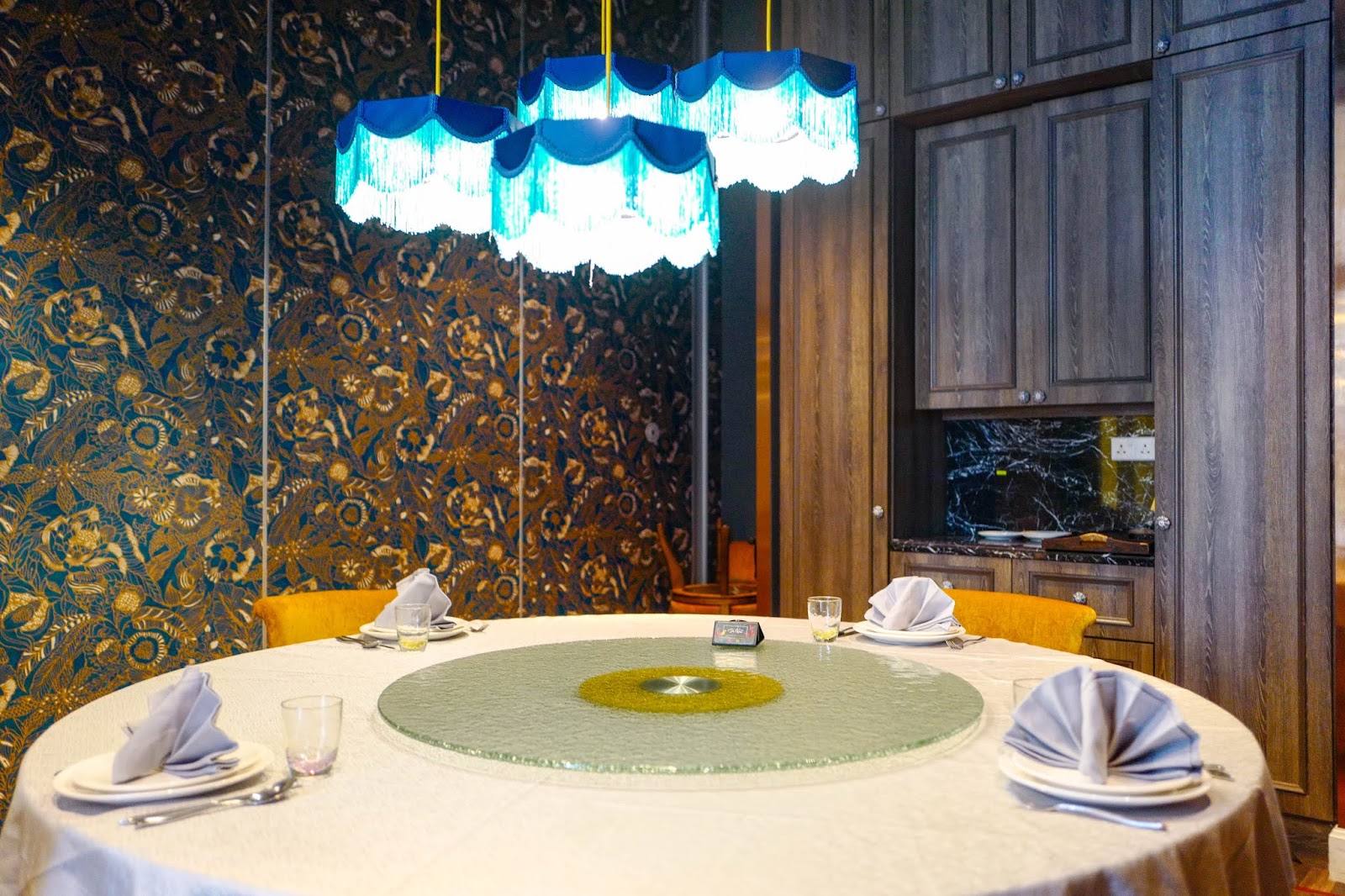 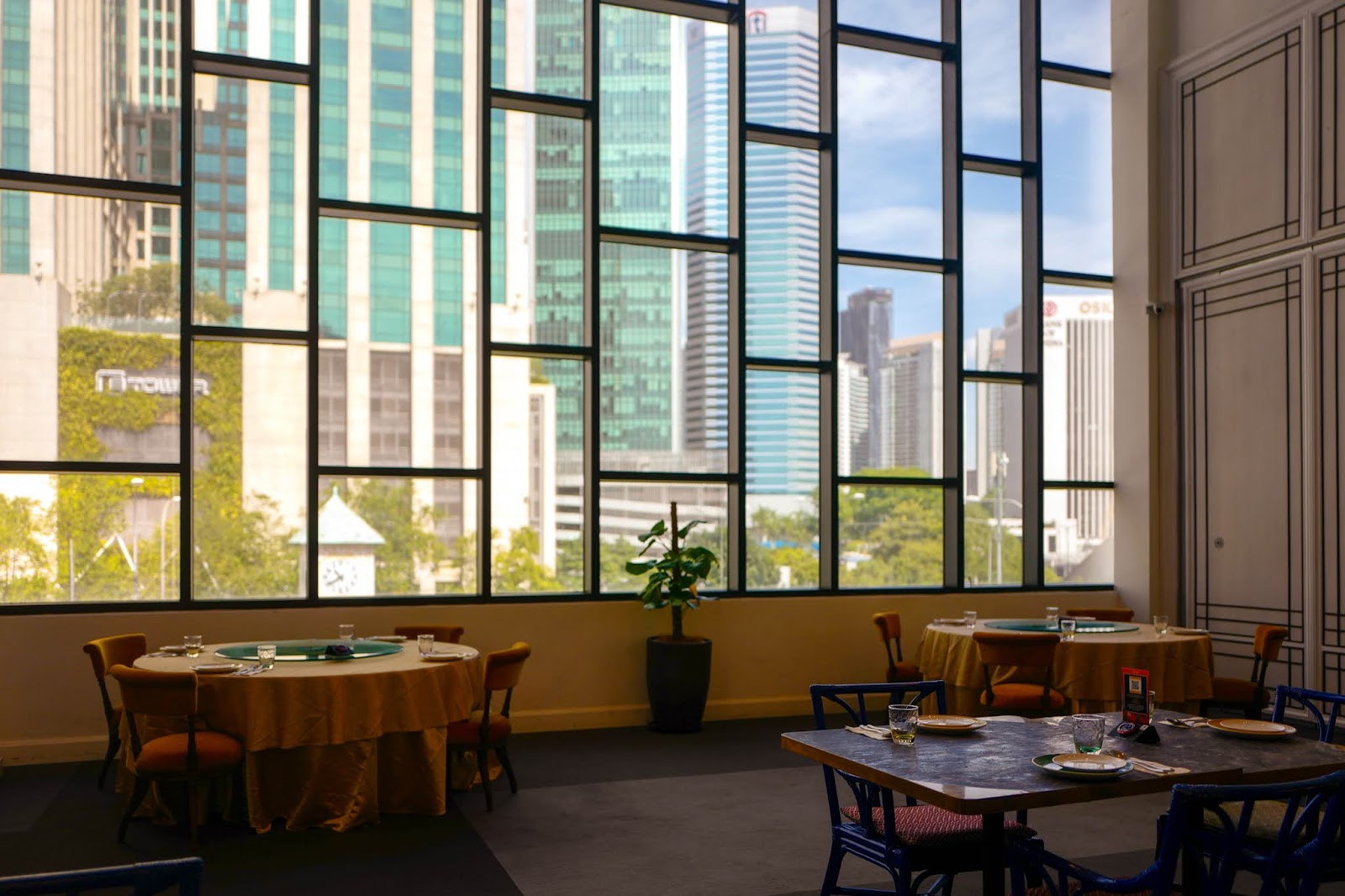 De.Wan 1958 can comfortably hold 250 seated customers, but the capacity has been curbed to 60 now. Its distancing efforts mean that every table is separated by at least two metres and seats a maximum of four persons, even in private rooms. Patrons in larger groups are split up accordingly.

Events and parties, of course, have been scrapped for now - a major adjustment for a restaurant accustomed to hosting weddings, corporate get-togethers and product launches. A Secretaries' Week luncheon and Ramadan nightly dinners have all become casualties of the current crisis. 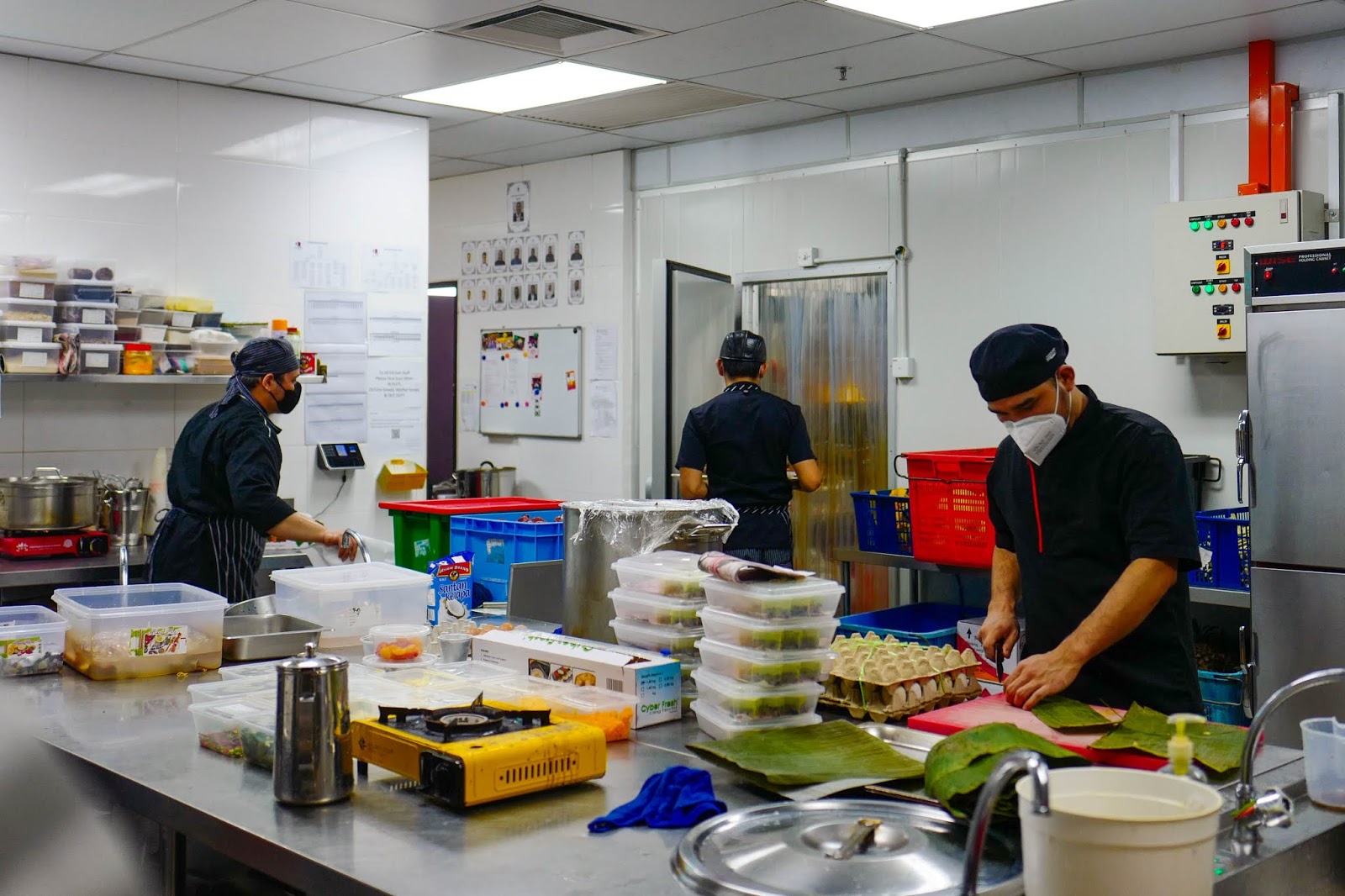 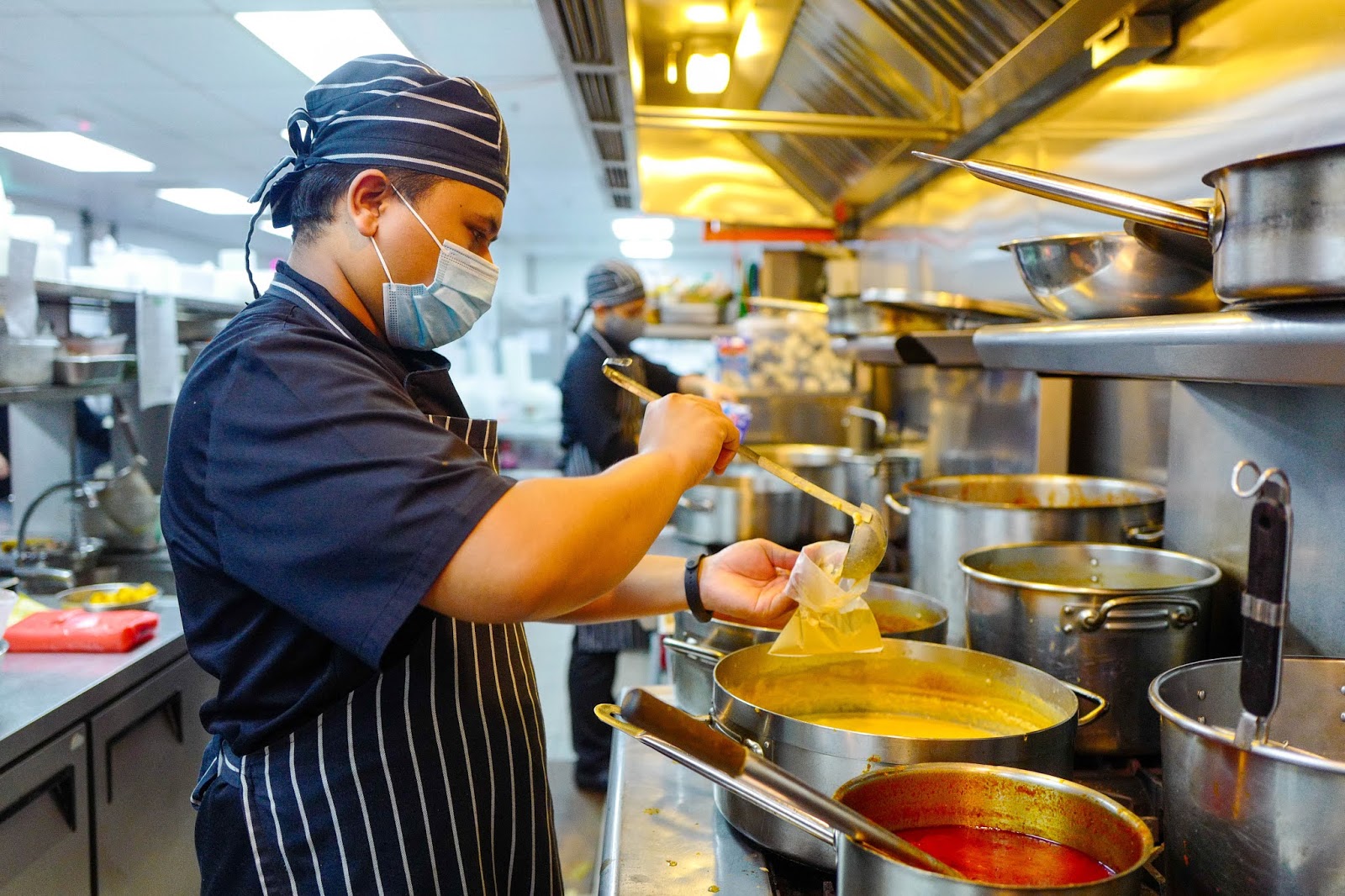 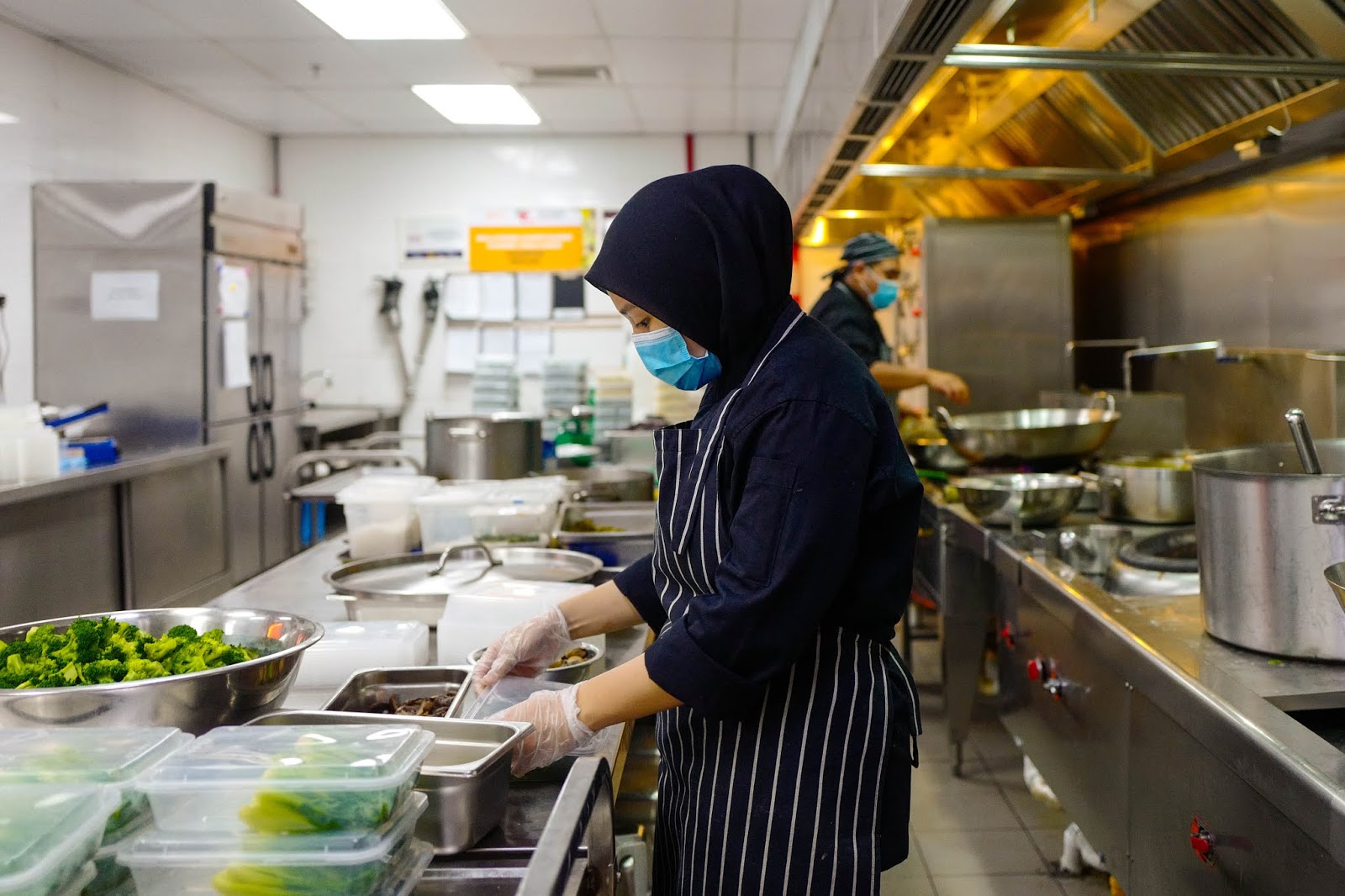 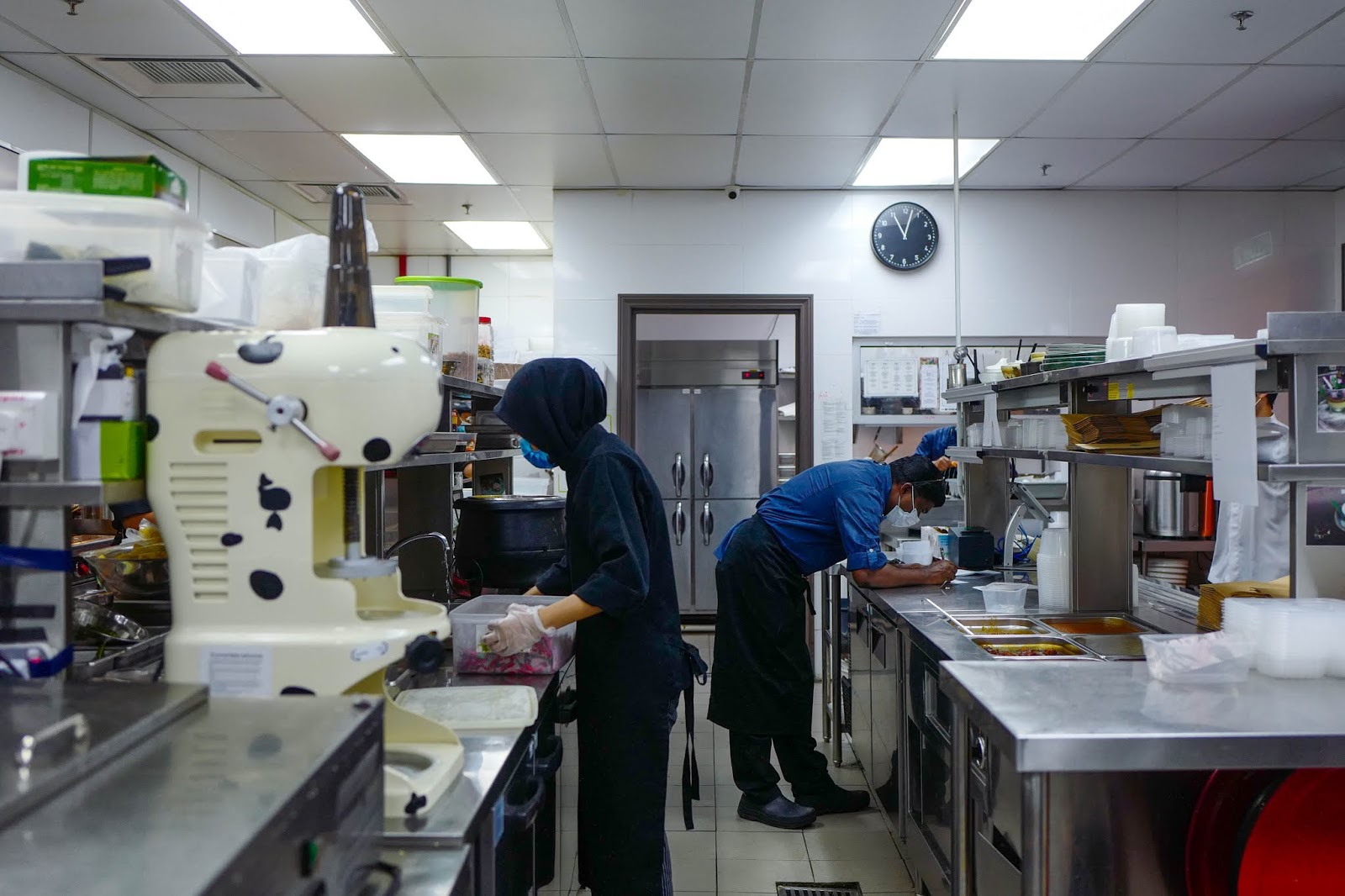 From the front of house to the kitchen, every employee takes precautionary steps. De.Wan 1958's F&B brigade remains as busy as ever, having transitioned to the new safety procedures for nearly two months now. When we visited on a recent morning, a team of cooks was already hard at work at its spaced-out stations, preparing for the day's lunch service and plenty of deliveries.

Employees' temperatures are logged daily; anyone unwell won't be allowed on the job. Hand-washing is constant. Tables and menus are sanitised after use by each customer. 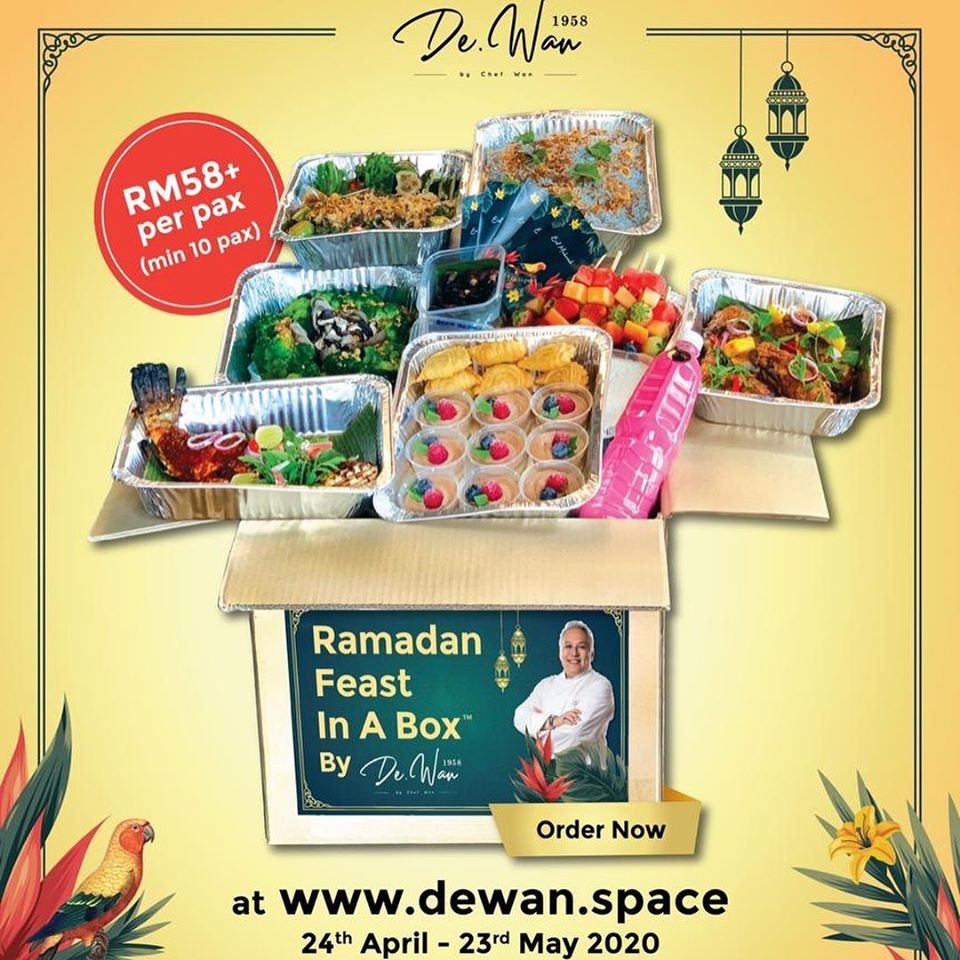 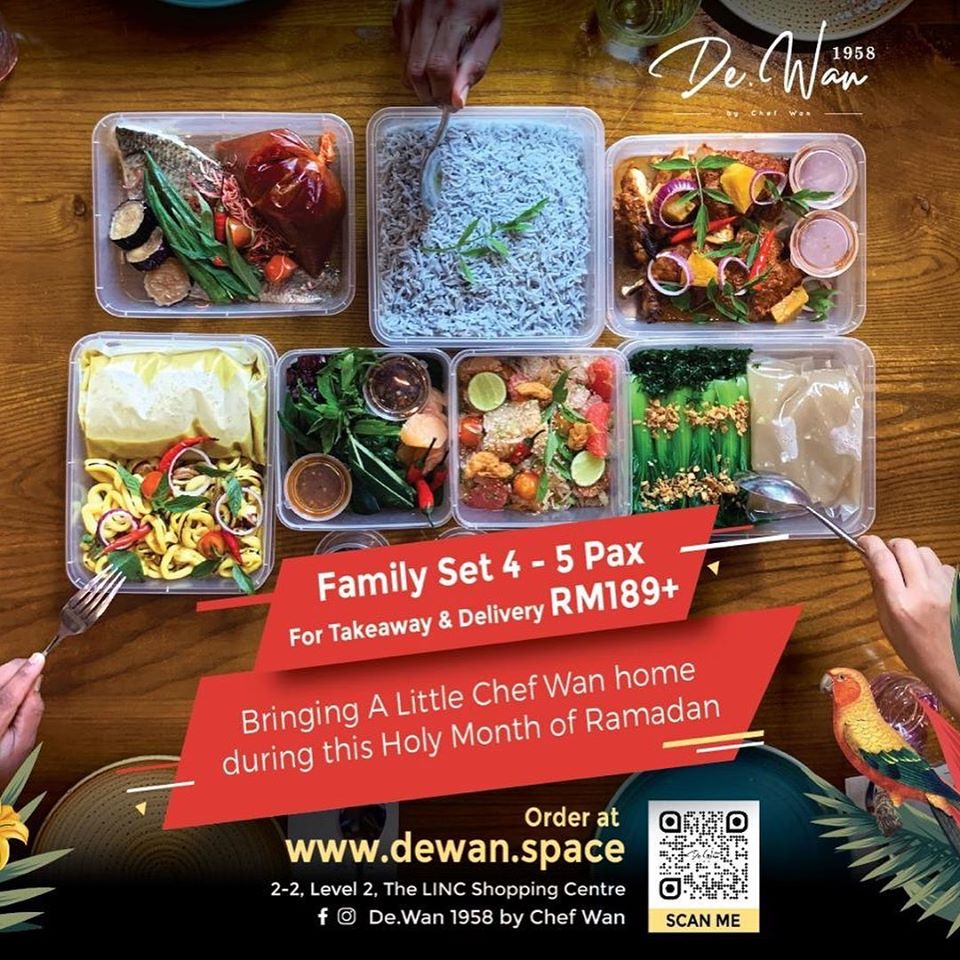 Coping with these challenges demanded a pivot to deliveries and other proactive initiatives - not a natural fit for a restaurant that specialises in hearty fare meant to feed families and friends. Classic Malay favourites were created to share here, from platters of satay and spring rolls to kambing kuzi, gulai lemak daging salai and sambal terung udang.

Dine-ins began dipping significantly in early March - by the time the Movement Control Order kicked in a fortnight later, the restaurant had slashed expenses to trim its overheads by half. By April 6, its first deliveries of nasi bunga telang, sup labu berserai, kerabu kerang pucuk paku and ikan bakar air asam were on the road.

"We had never done deliveries before, but thank God for them - we're achieving almost our normal full-time sales because of the deliveries," Andre says.

Fans recognise that De.Wan has laboured hard to engineer a flurry of food promotions that can be easily ordered online, such as the Ramadan Feast in a Box, a sumptuous meal for 10 or more, and the best-selling Ramadan Family Set for four to five persons, to replace the buka puasa buffets that typically mark each fasting month. There have also been live crab promotions and Mother's Day special gifts, with more temptations to come.

Deliveries go much farther than the norm for a restaurant in KL's city centre. “Yesterday, we had one delivery in Negeri Sembilan, more than 50 kilometres away," De.Wan's food and beverage manager Vicharn Ratanavongse says. "We pretty much go everywhere in the Klang Valley - everyday we go to Klang, Putrajaya, Cyberjaya."

While every restaurant is forced to evolve, De.Wan 1958 has found its footing fast and plans to cling tight to its vision of banquet-style meals to honour its culinary heritage.

“We want to stay true to the tradition of communal sharing," Andre says. "It's the nature of our type of cuisine. You need a few types of lauk-pauk to do it properly, so it's very difficult to design sets for just two to three people - you'll need a minimum of four. It's supposed to be about sharing." 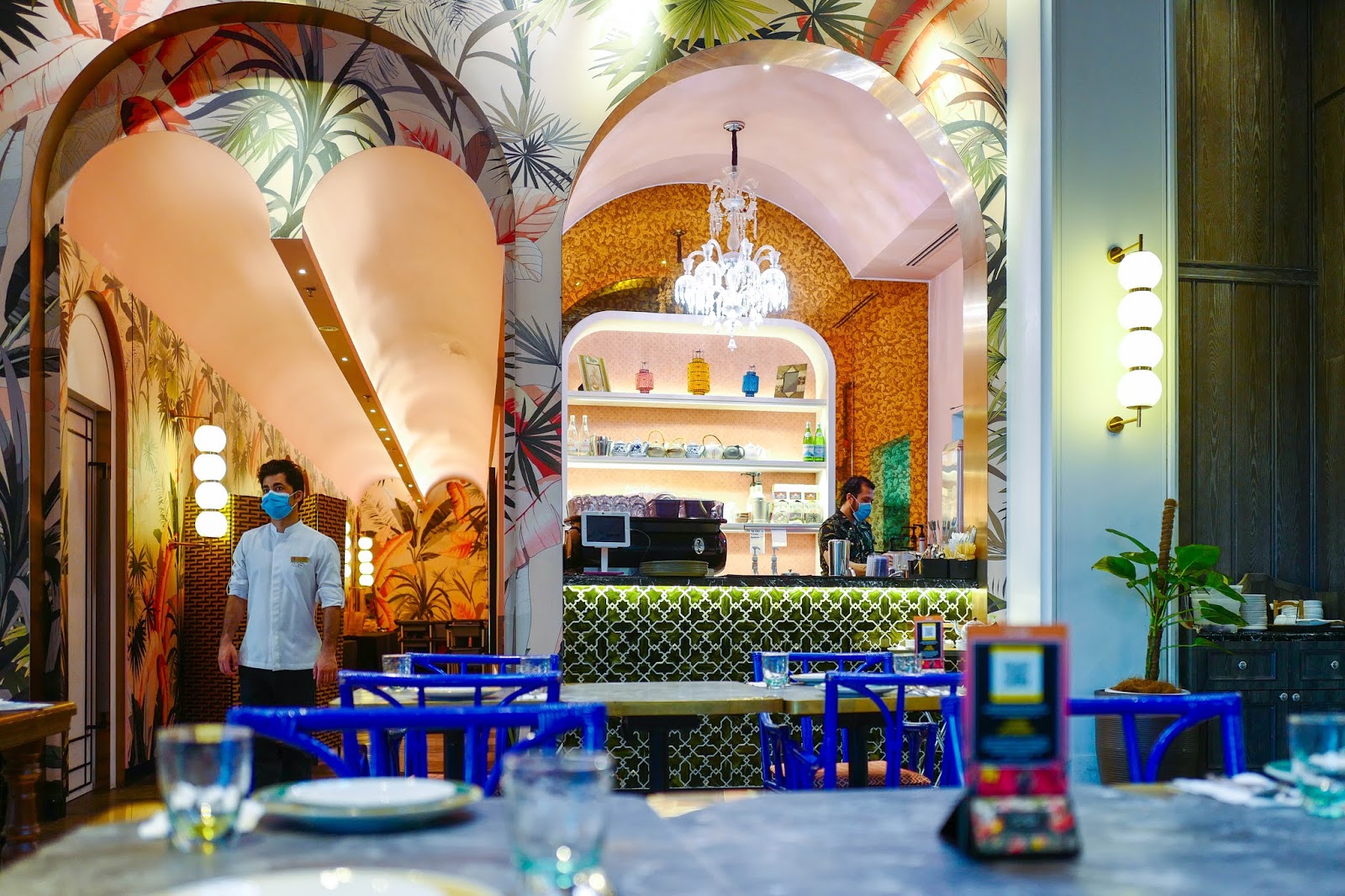 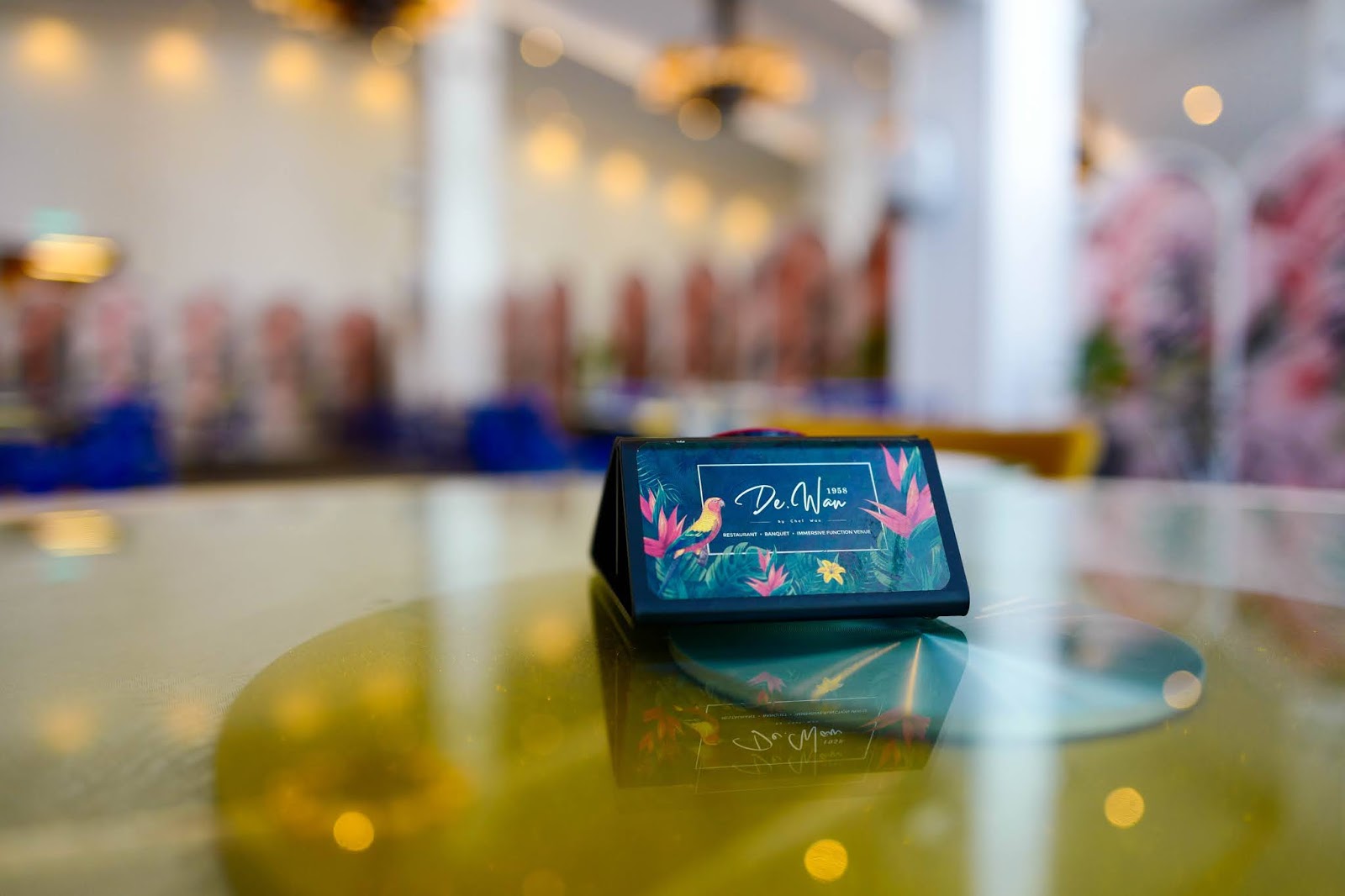 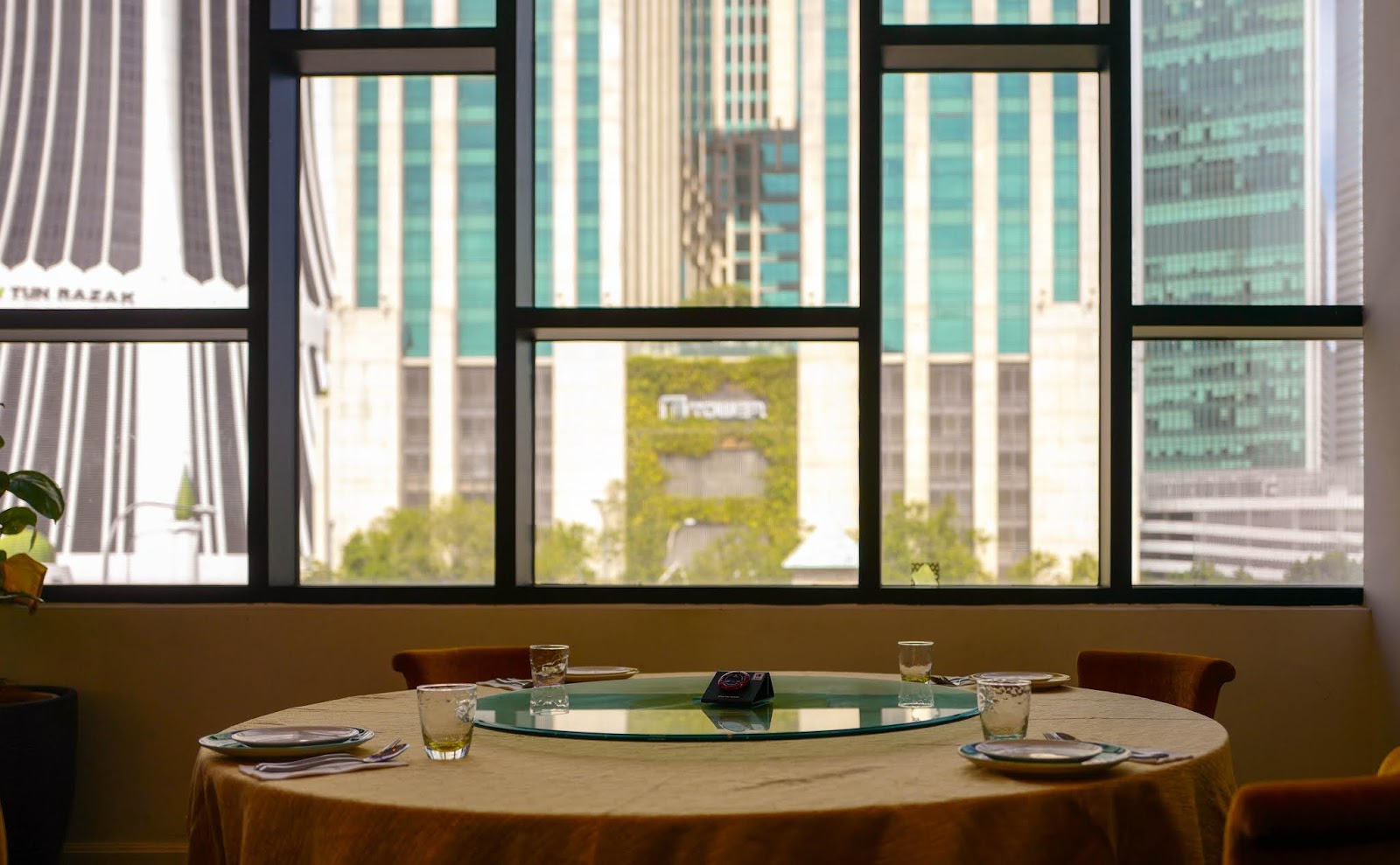 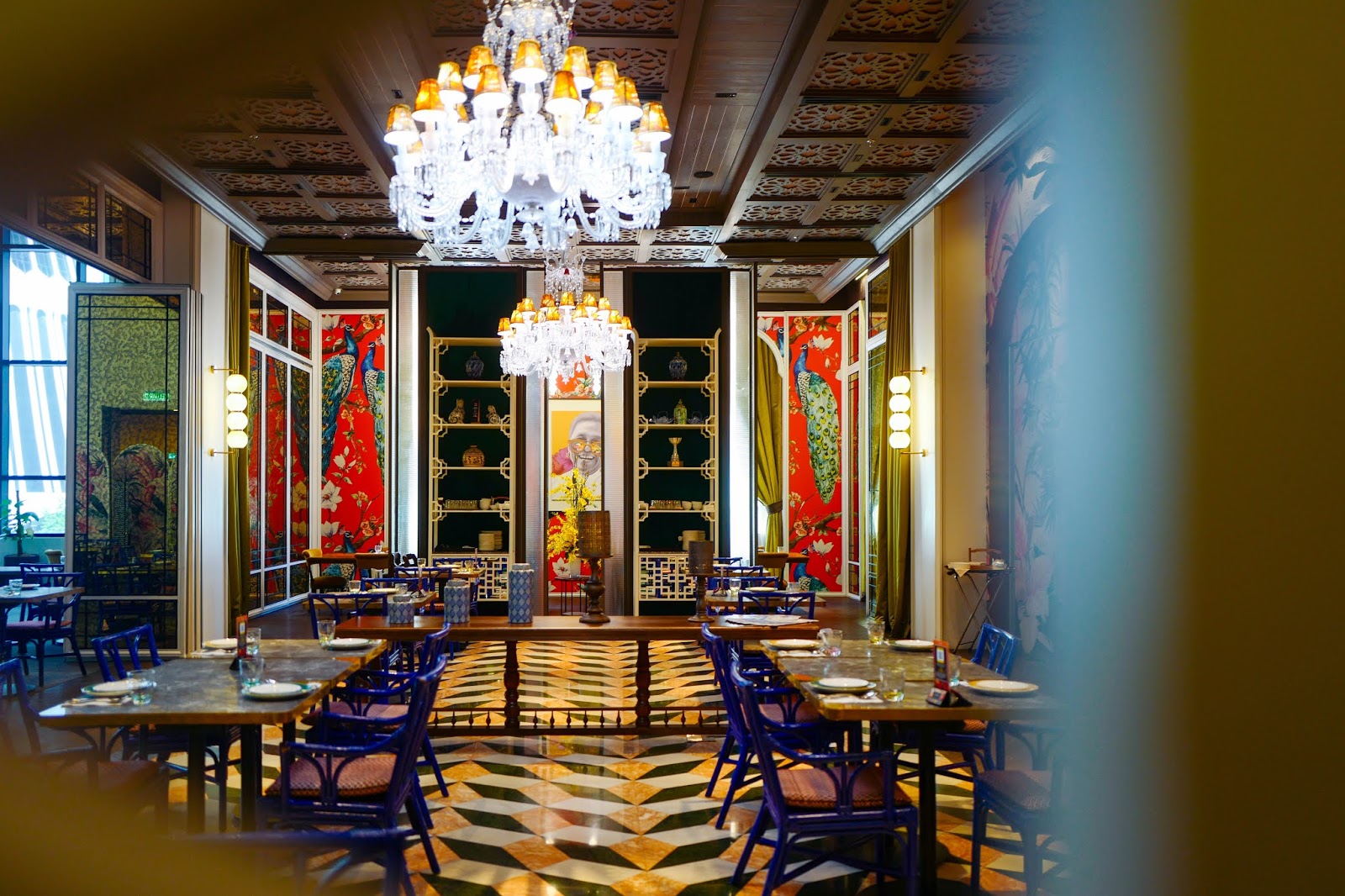 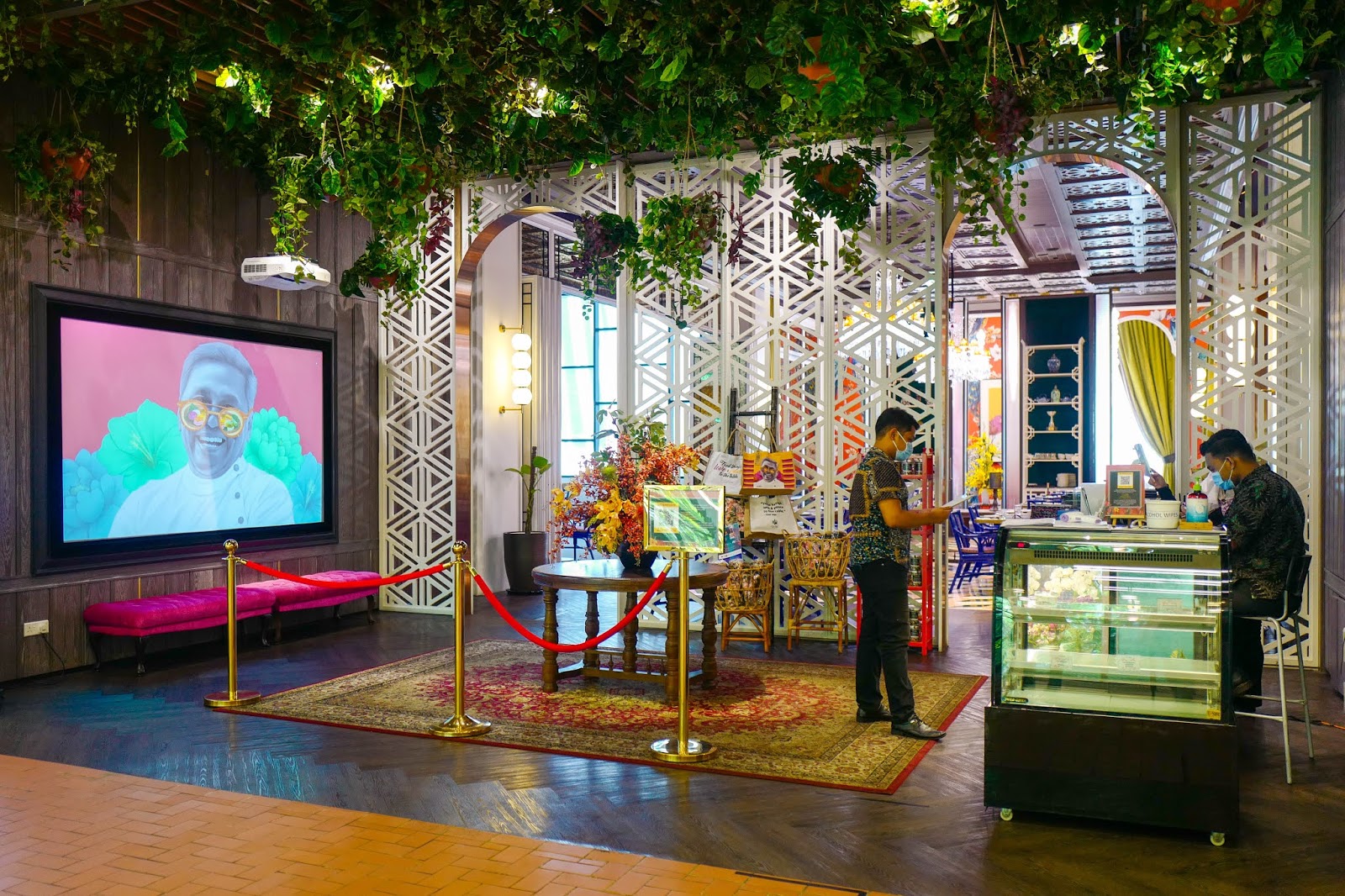 Cafe Chef Wan: Ramadan semi-buffet with main courses from around the globe