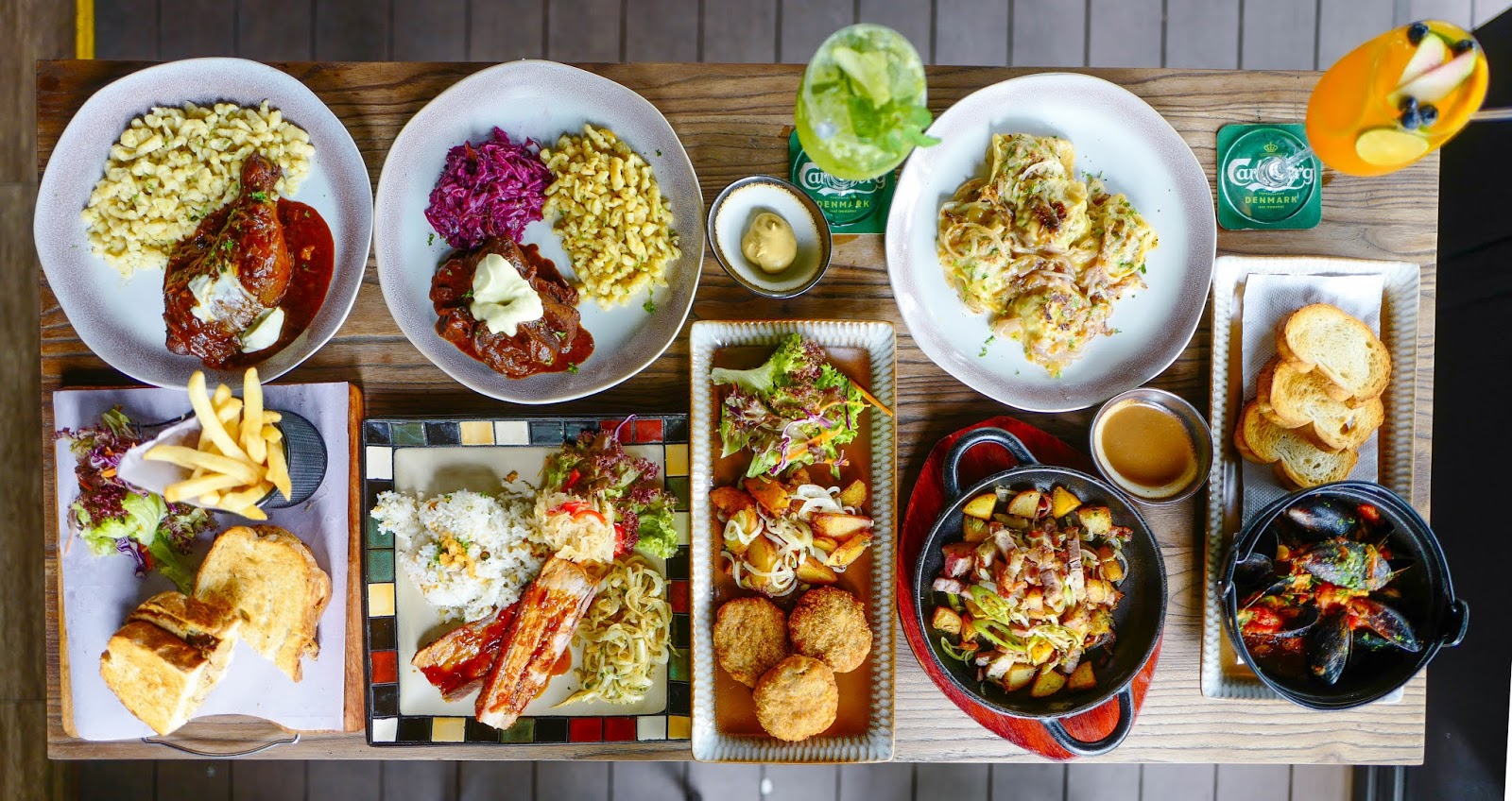 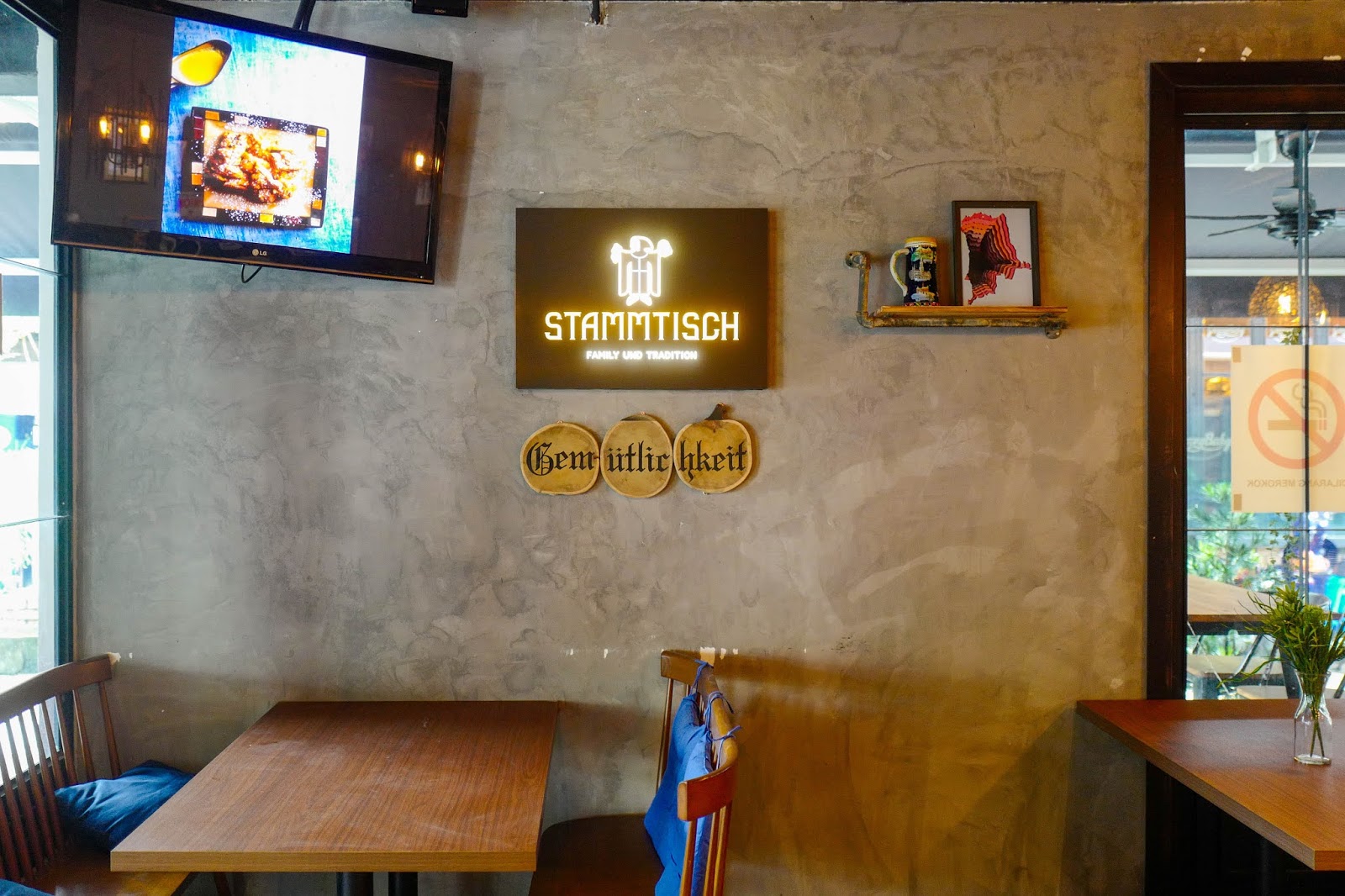 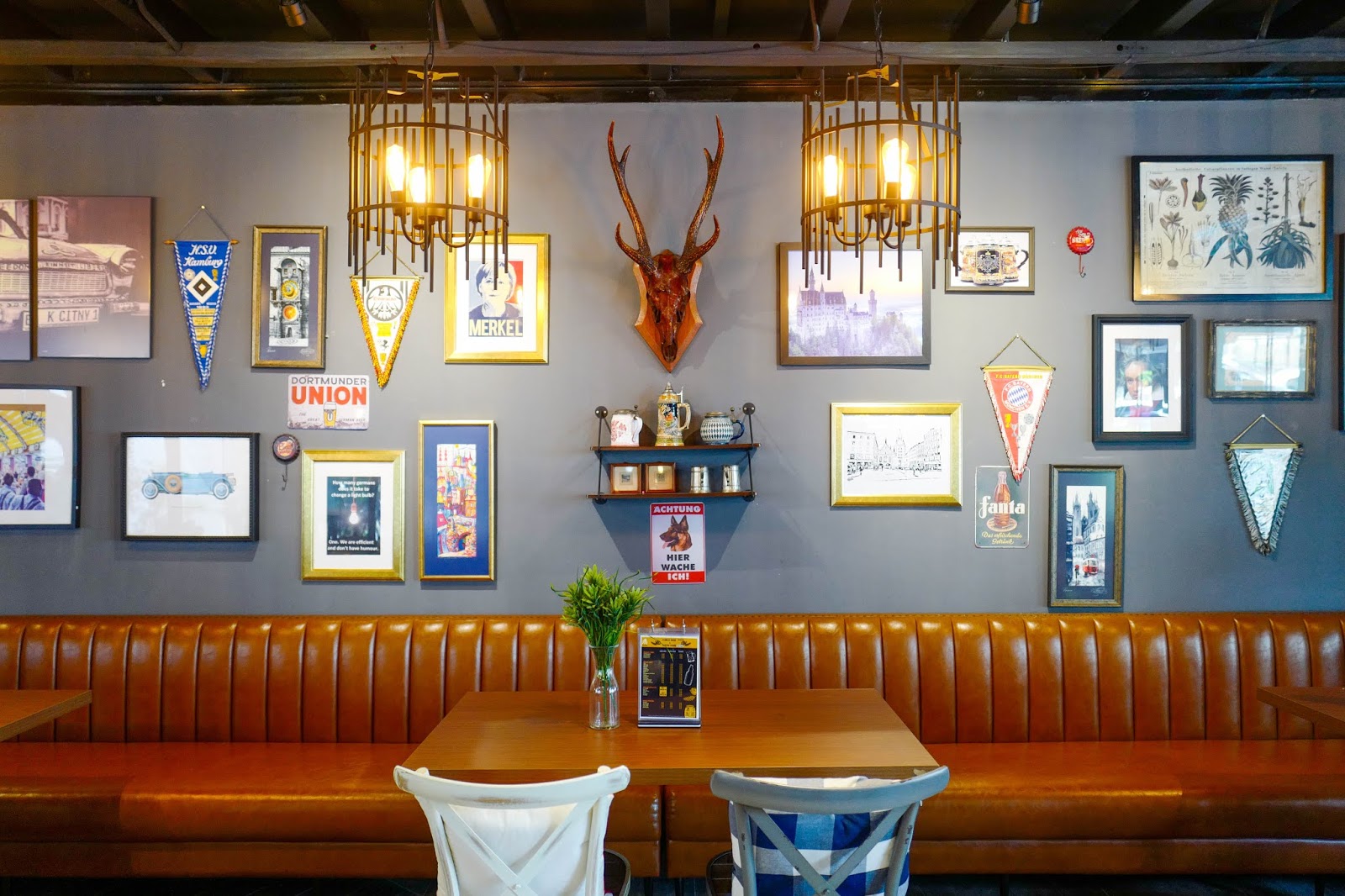 When you step into Stammtisch, you'll spot a shimmering sign on your left, captioned 'Family Und Tradition,' with the word 'Gemütlichkeit' below it, conveying the three tenets that underpin our favourite German restaurant in KL.

The patriarch of the Svrcula family that founded Stammtisch is Munich-born but has lived in Malaysia for four decades, marrying a Sarawakian wife and making a life together here. Their sons run Stammtisch, a German reference to traditional friendly group get-togethers. In the 1800s, inviting someone to a stammtisch was a mark of respect and appreciation; today, this remains a means for social interaction in the countryside and some cities.

That communal cheer permeates Stammtisch's offerings, served in the spirit of Gemütlichkeit, the German equivalent of the Danish hygge, with warmth, cosiness and a sense of belonging as its hallmarks.

When we first visited Stammtisch in November last year, we binged on numerous classic German recipes not often seen in Southeast Asia, but we scarcely scraped the surface of Stammtisch's specialities. Nine months later, we're back for more, a full-fledged feast inspired by centuries of rustically authentic, time-honoured temptations that have fed generations of Germans. 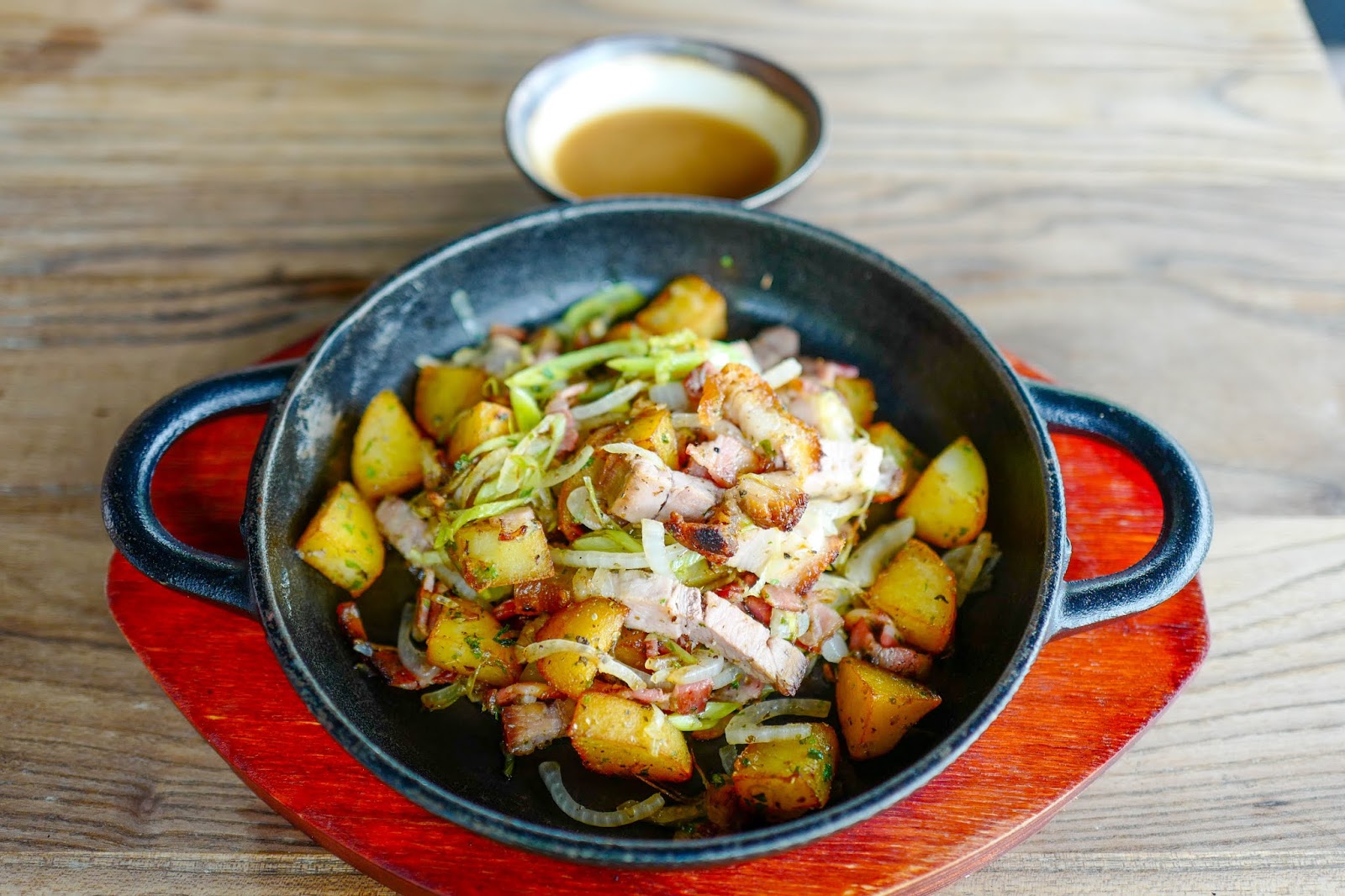 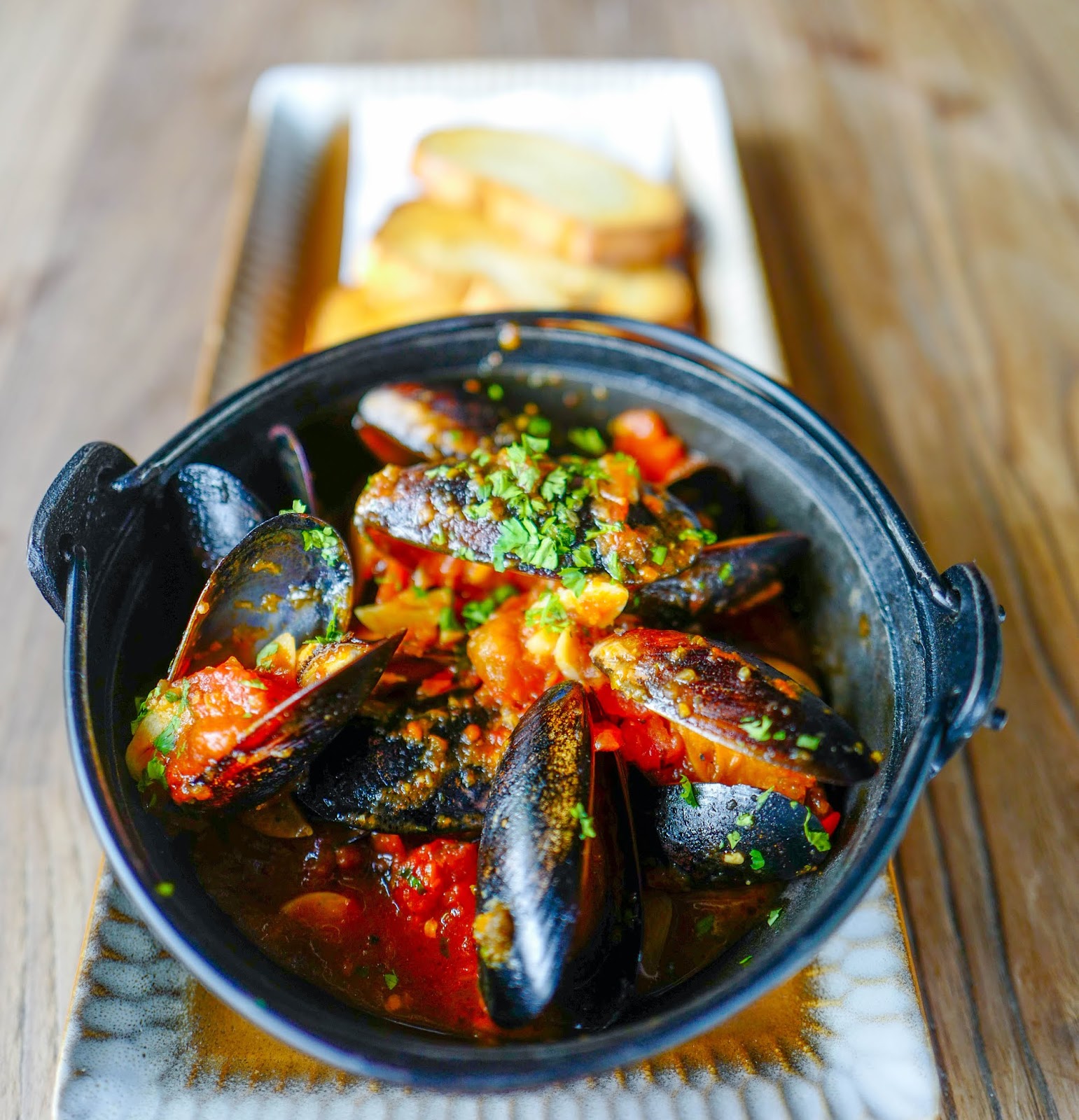 Get off to a sizzling start with Stammtisch's hash belly (RM20), a mouth-watering medley of meat and carbs that the elder Svrcula recalls fondly from younger years in his homeland. This is soulful sustenance that a German grandmother would whip up for her ravenous brood - fuss-free and fulfilling, featuring tender, savoury pork belly slices huddled with succulent bacon, potatoes and leeks, with a light, house-blended apple sauce to gently enliven the ensemble.

Steam full-speed ahead with the Dunkel Beer Mussels (RM35), brimming with fresh mussels stewed in dark lager for delightful depth, brightened with tomatoes and spices for an uplifting sweetness. In the battle between white wine-cooked Belgian moules-frites and its German cousin, this might have the upper hand for a mellow tang that invigorates the mussels. 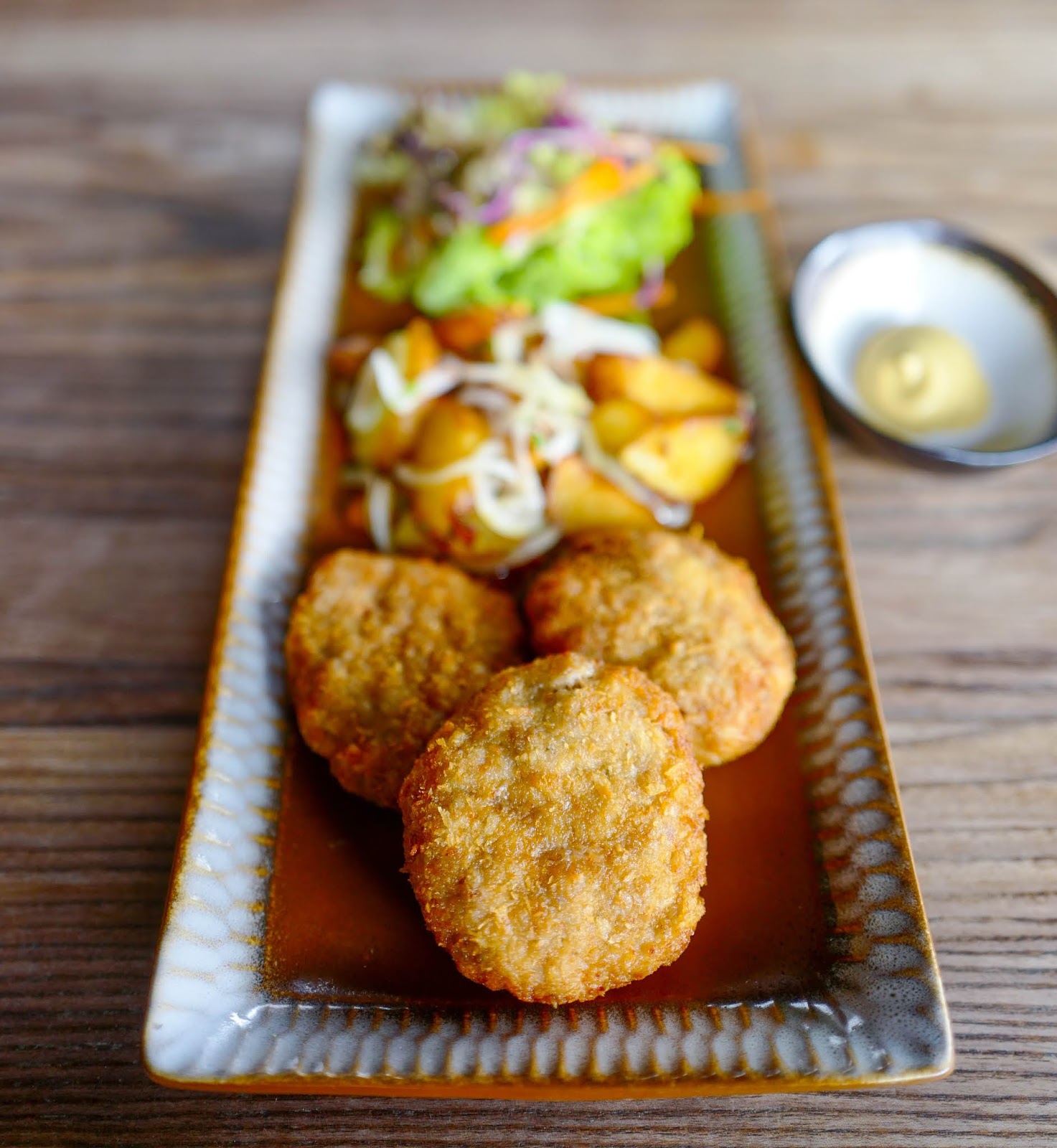 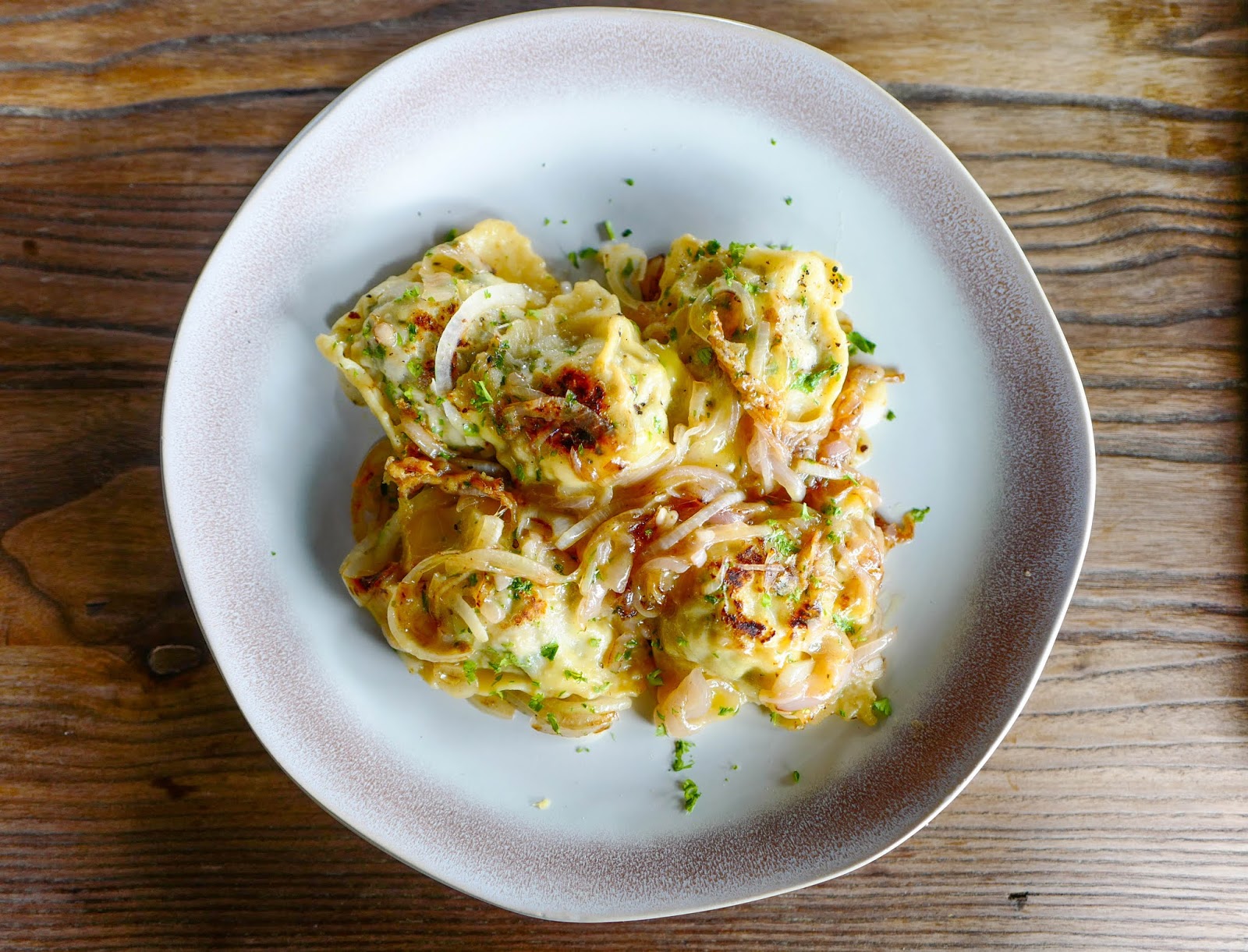 The Svrcula family are sticklers for quality, so it's no surprise that most of their ingredients are crafted from scratch in their restaurant's kitchen to ensure consistency, from pork patties to pasta-like dough. Many of the dishes work equally well for sharing or for a hearty single-plate meal.

If your most prized part of the burger is the patty, order the Fleischpflanzel (RM38) - Bavarian breaded minced pork, evoking thick, flattened meatballs, crisp to the bite and juicy to their well-textured core, full-flavoured with garlic and herbs. Dip them in German mustard, completed with the essential kartoffeln on the side in the form of pan-fried potatoes.

Stammtisch proves that German cuisine is more wide-ranging than many might realise. While pork knuckles and sausages are all present here, there's much more to a true-blue bierhaus than that - the Maultaschen (RM38) might look like Italian ravioli, but these heftier dumplings are all Deutschland, hailing from the southwestern German region of Swabia, recognised by the European Union as a significant cultural speciality. Stuffed plumply with pork, showered with soft, buttery onions, this is comfort food that we can imagine returning for, over and over again. 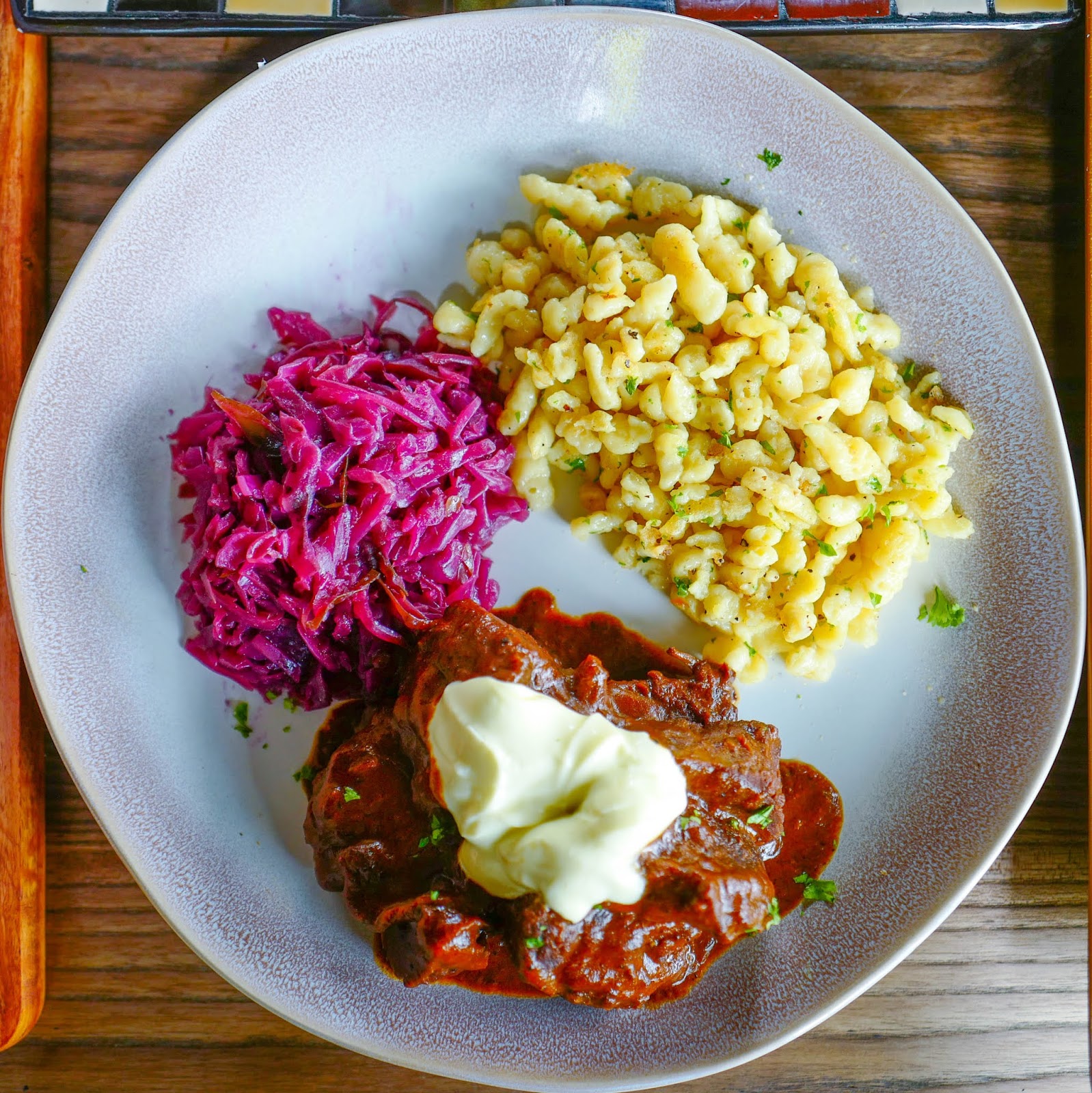 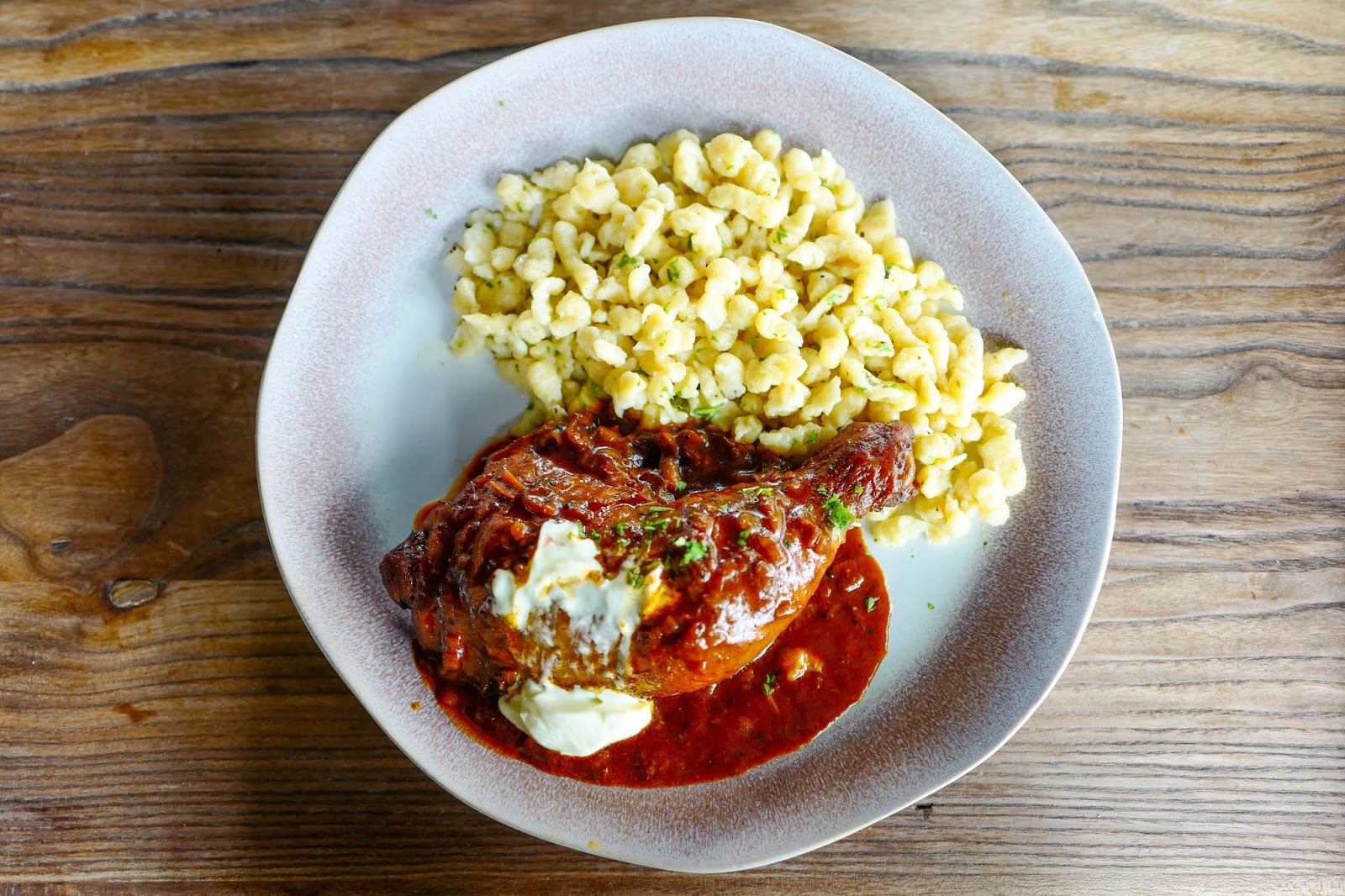 Stammtisch also recognises that a country's cuisine can't be confined to its current borders, that a millennium's worth of history has resulted in cooking that links communities stretching from Berlin to Budapest. So while goulash might be more typically linked to Hungary, Germany has its own version too - again, Oma might be pleased with Stammtisch's goulash (RM50), chunky with as much beef as a steak platter, sweet with paprika, served with spaetzle (the gnocchi-like egg noodles that can be found from Switzerland to Slovenia) and blaukraut (the German slow-braised red cabbage that we prefer to fermented sauerkraut).

Paprika pops up as well in the eponymous Chicken Paprikash (RM45), a dish that first earned international fame in the second paragraph of Bram Stoker's 1897 novel Dracula. Travelling through the Carpathians to Dracula's castle, Jonathan Harker stopped at a hotel in present-day Romania and wrote in his journal that he "had for dinner, or rather supper, a chicken done up some way with red pepper, which was very good" - he even added a note to get the recipe for his fiancee, Mina. You'll find few restaurants in KL that serve this blood-red recipe, but thanks to Stammtisch, there's no need to travel to Transylvania for a taste of this robustly lusty, greatly gravied chicken. 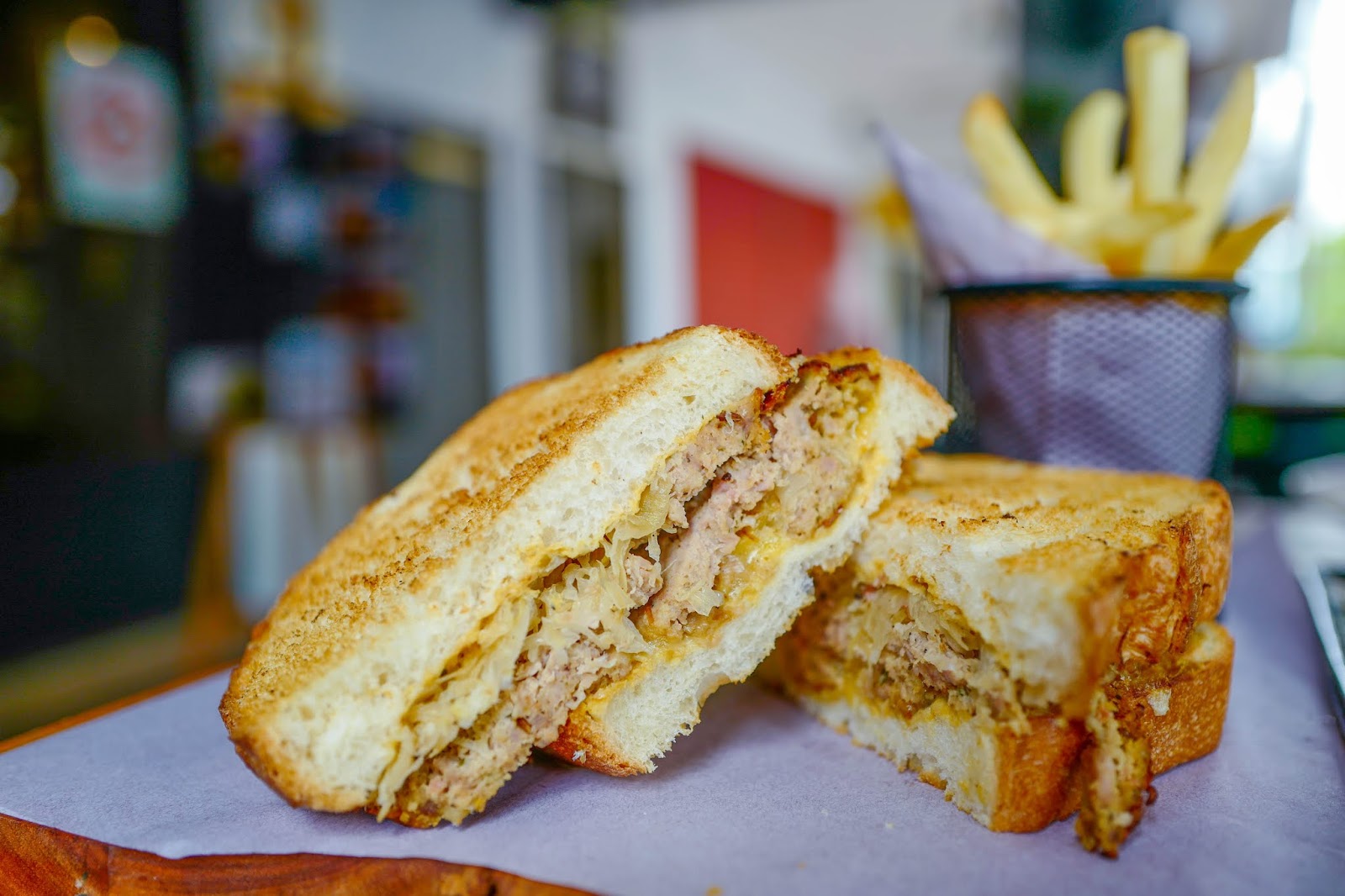 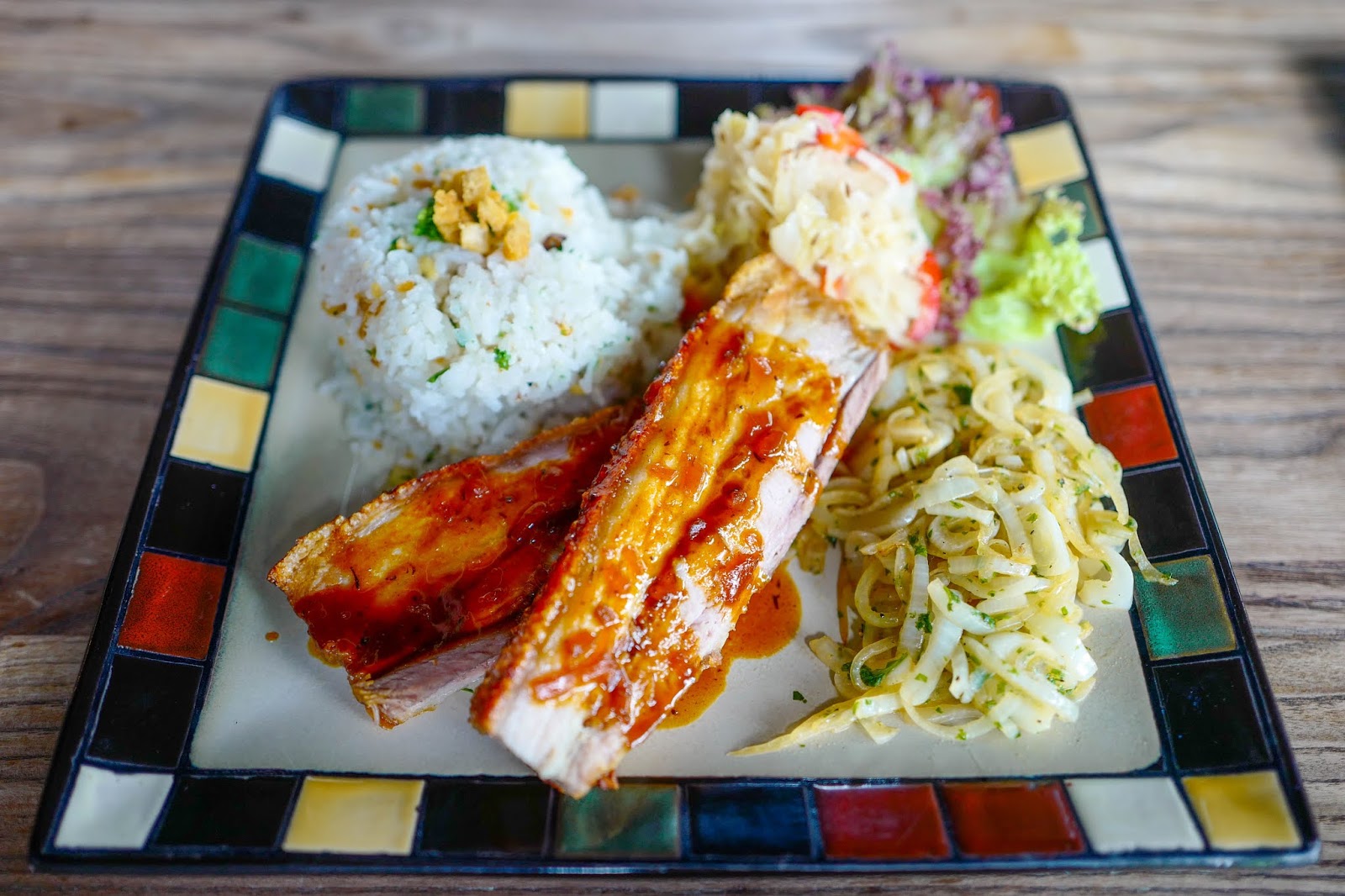 Whether you favour bread or rice, you won't leave hog-hungry from these princely porcine portions.

Grandma returns one more time for Oma's Meatloaf (RM35), a sandwich stuffed with Germany's mighty meatloaf-like hackbraten, layered with fried sauerkraut, punchy mustard and cheese in crisp toast, made for gigantic appetites, rounded out with fries.

There is one temptation here you won't find in other German restaurants - a nod to a Malaysian Chinese staple, crackly-rind roasted pork belly is paired with aromatically herbed 'ju yu zha' crispy pork lard rice for a Koln-meets-KL indulgence, heaped with sauerkraut and apple cider caramelised onions (RM30; only available till 5pm, so get it for lunch). 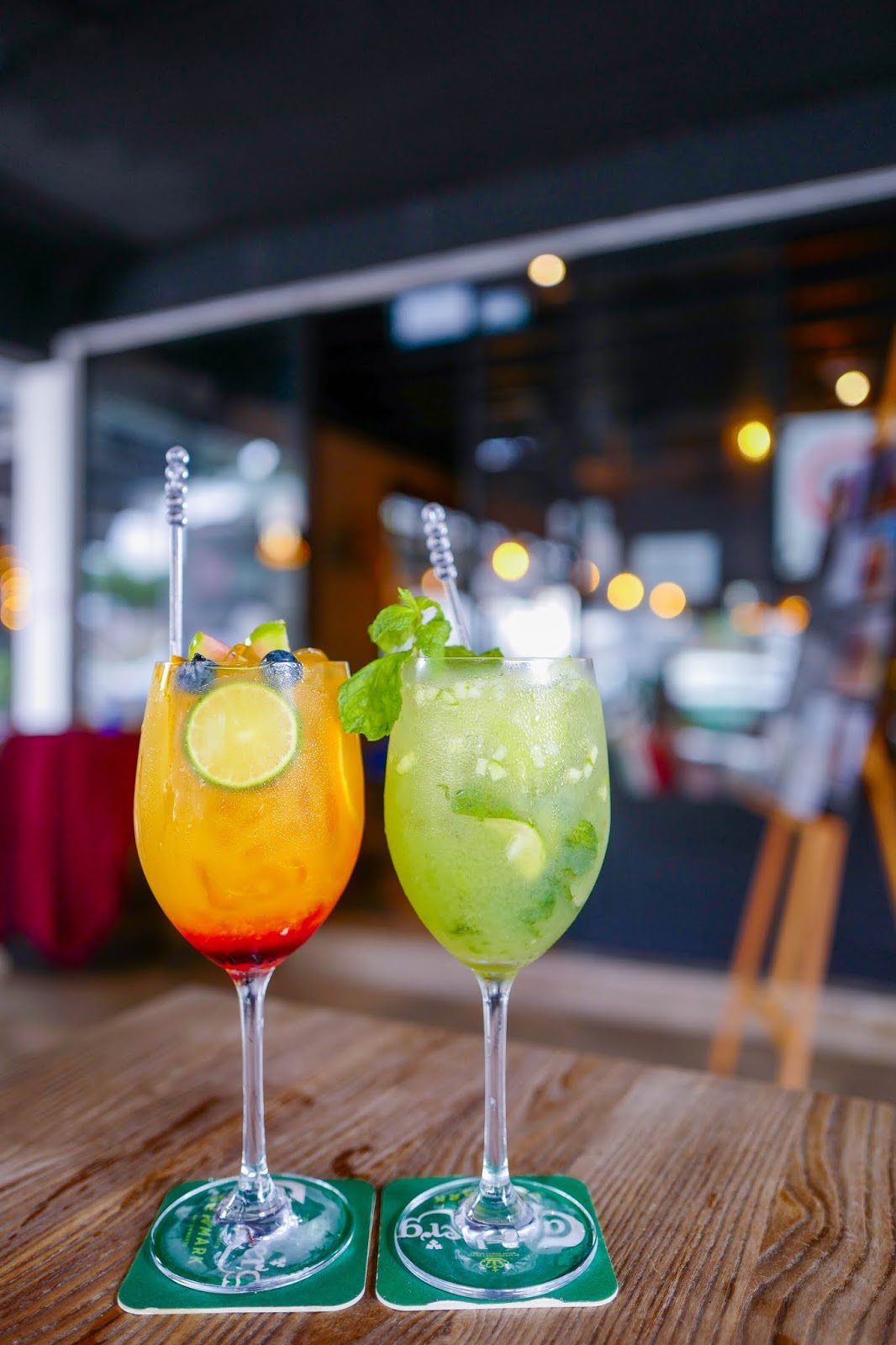 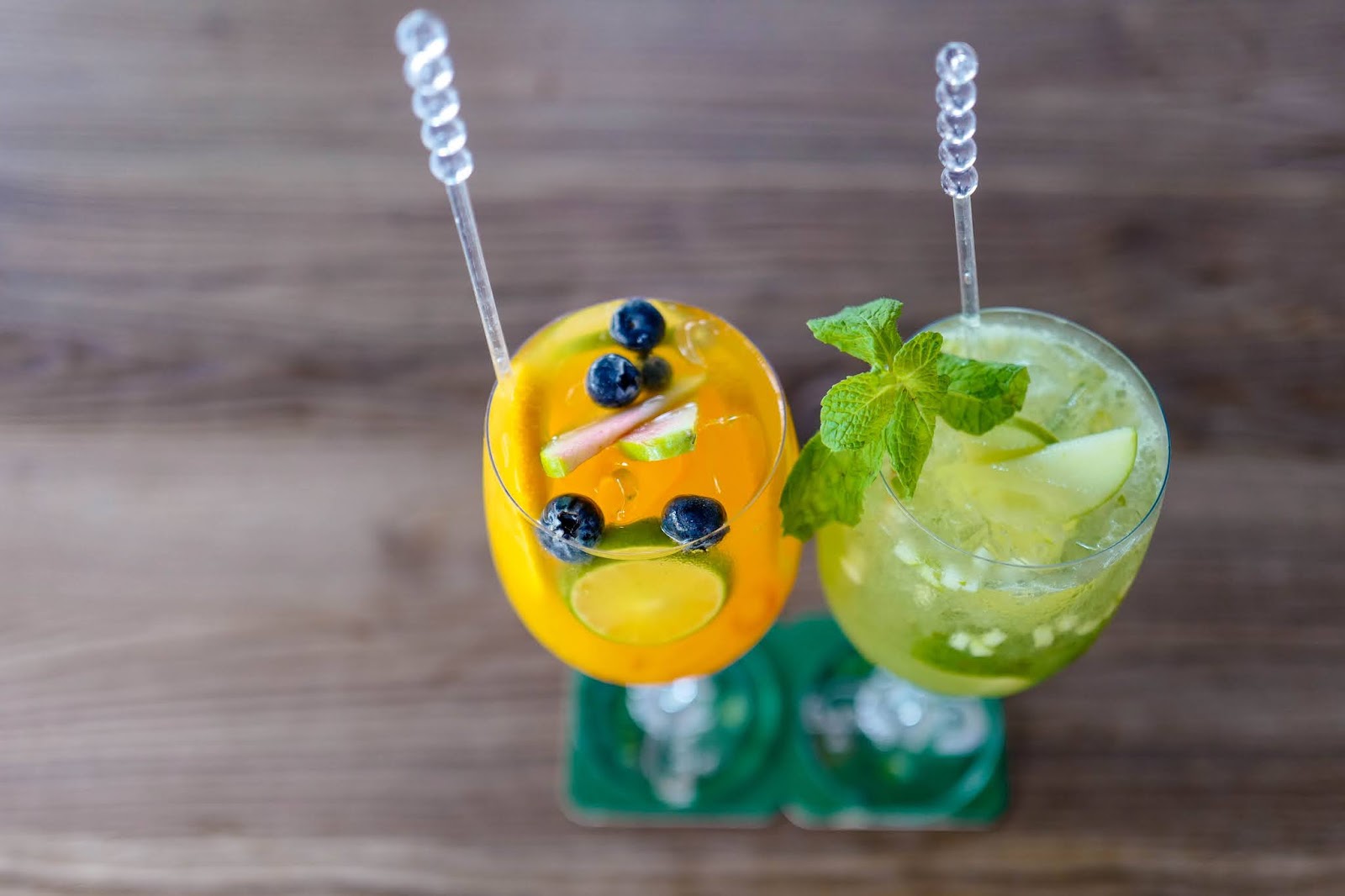 Of course, Erdinger, Paulaner and Franziskaner are among the familiar names on Stammtisch's beverage list, but the bar offers delicious alcohol-free takes on cocktails too - sip on mocktails like the Apple Mojito (RM16; with apple juice, soda and mint leaves) and Sangria Berry (RM16; orange juice with pineapple juice, lime juice, frozen fruit and soda).

We're still less than halfway through Stammtisch's menu, with everything from schnitzels to strudels for future visits. Many thanks to Stammtisch for having us. 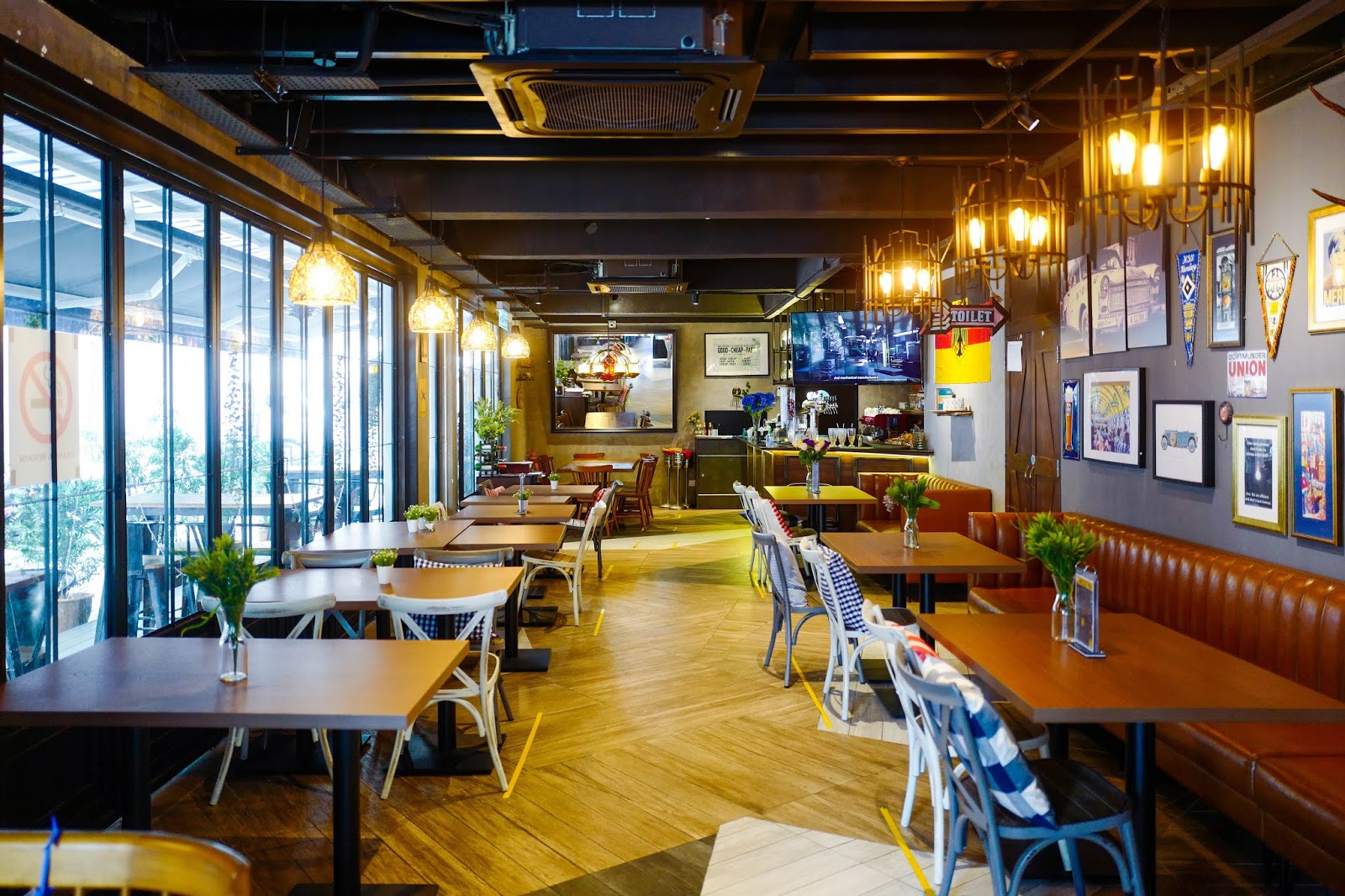 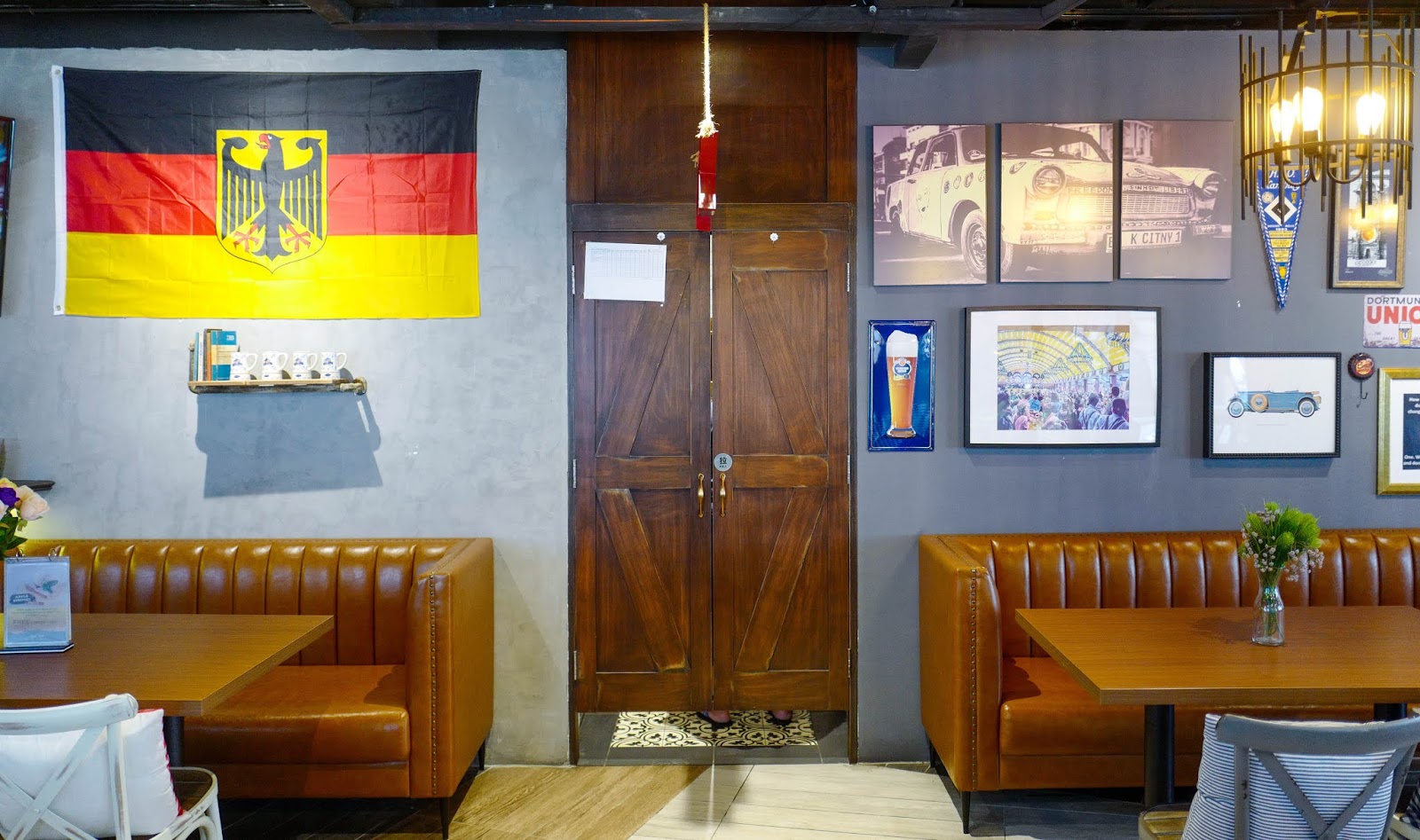