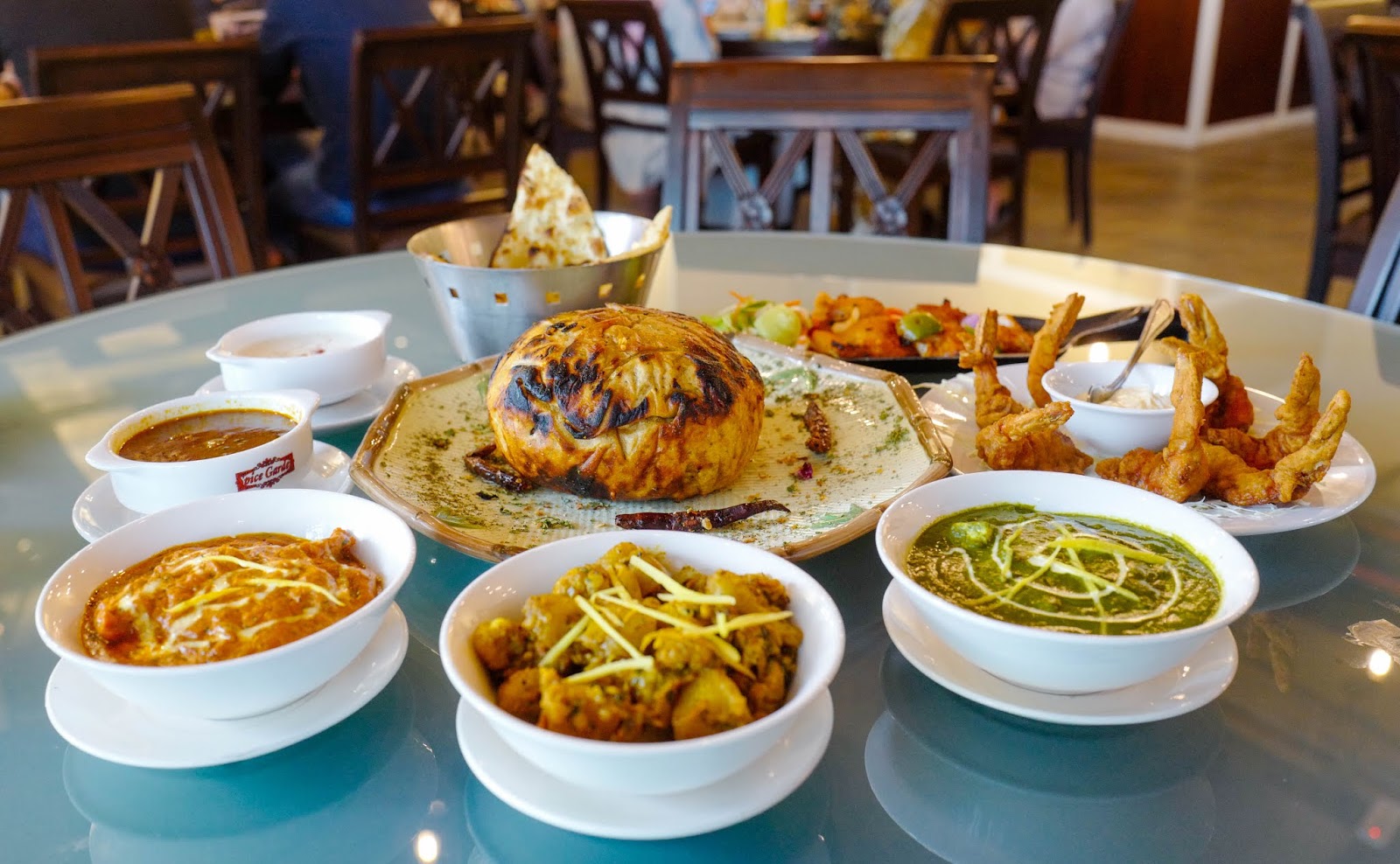 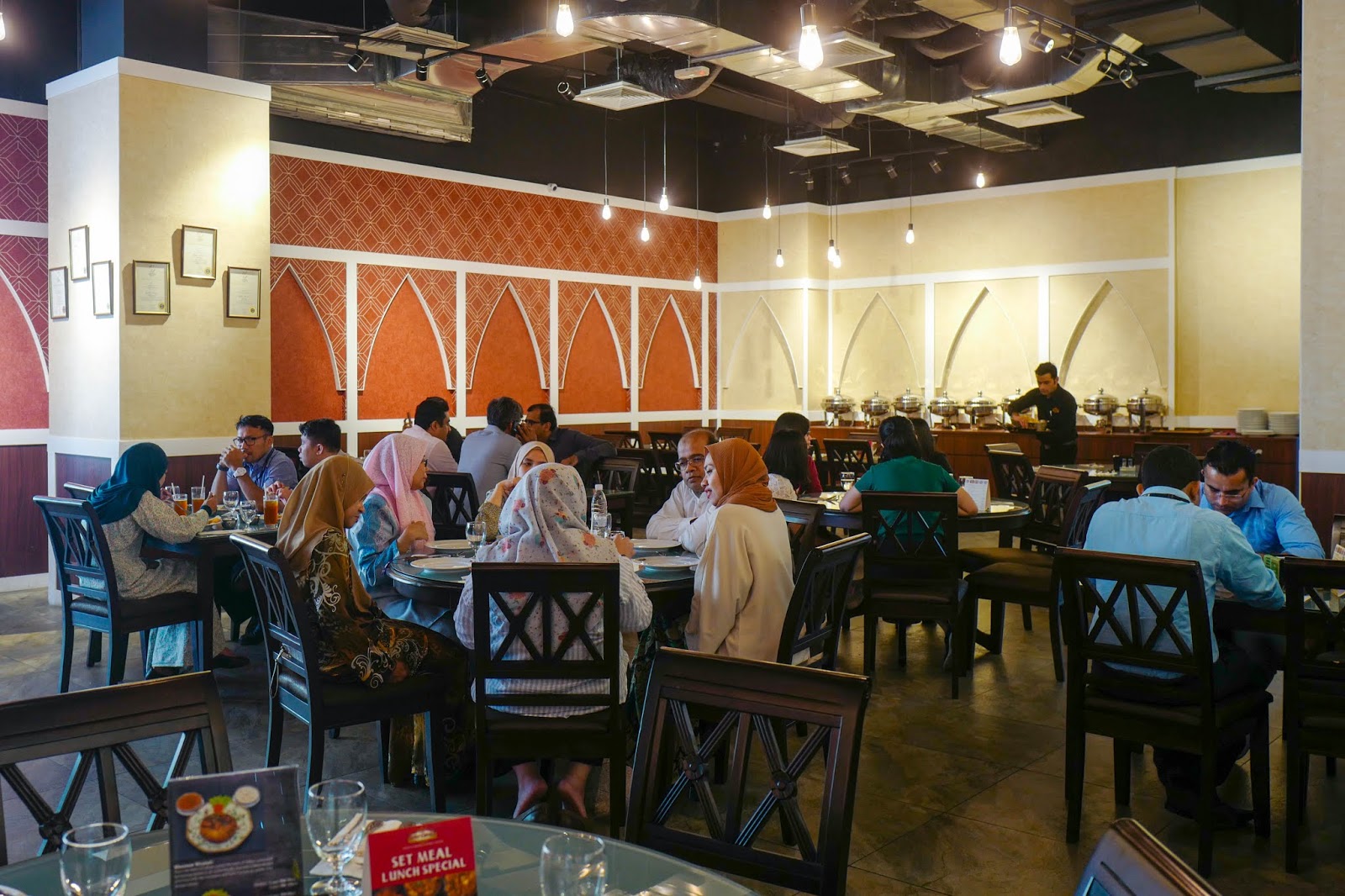 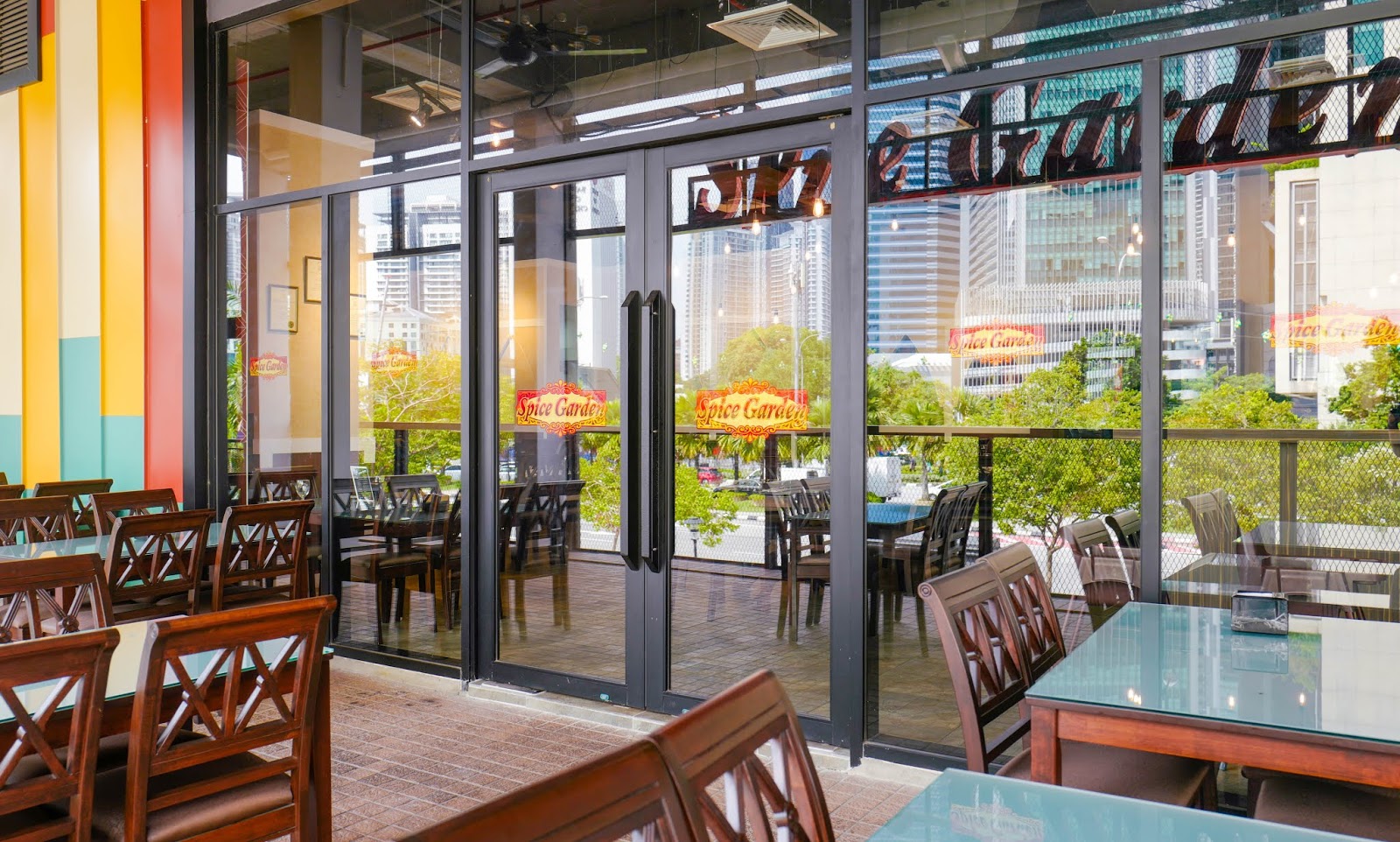 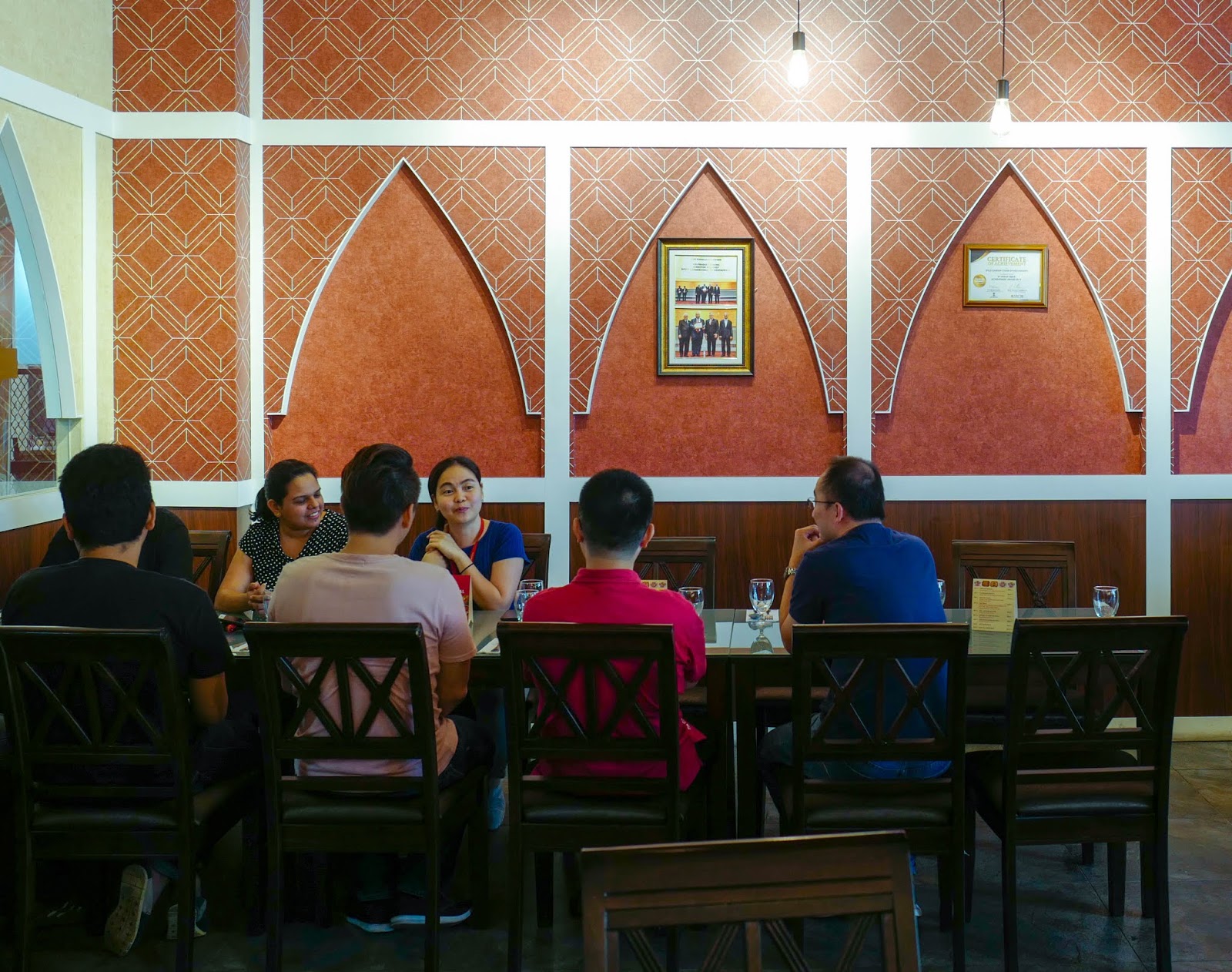 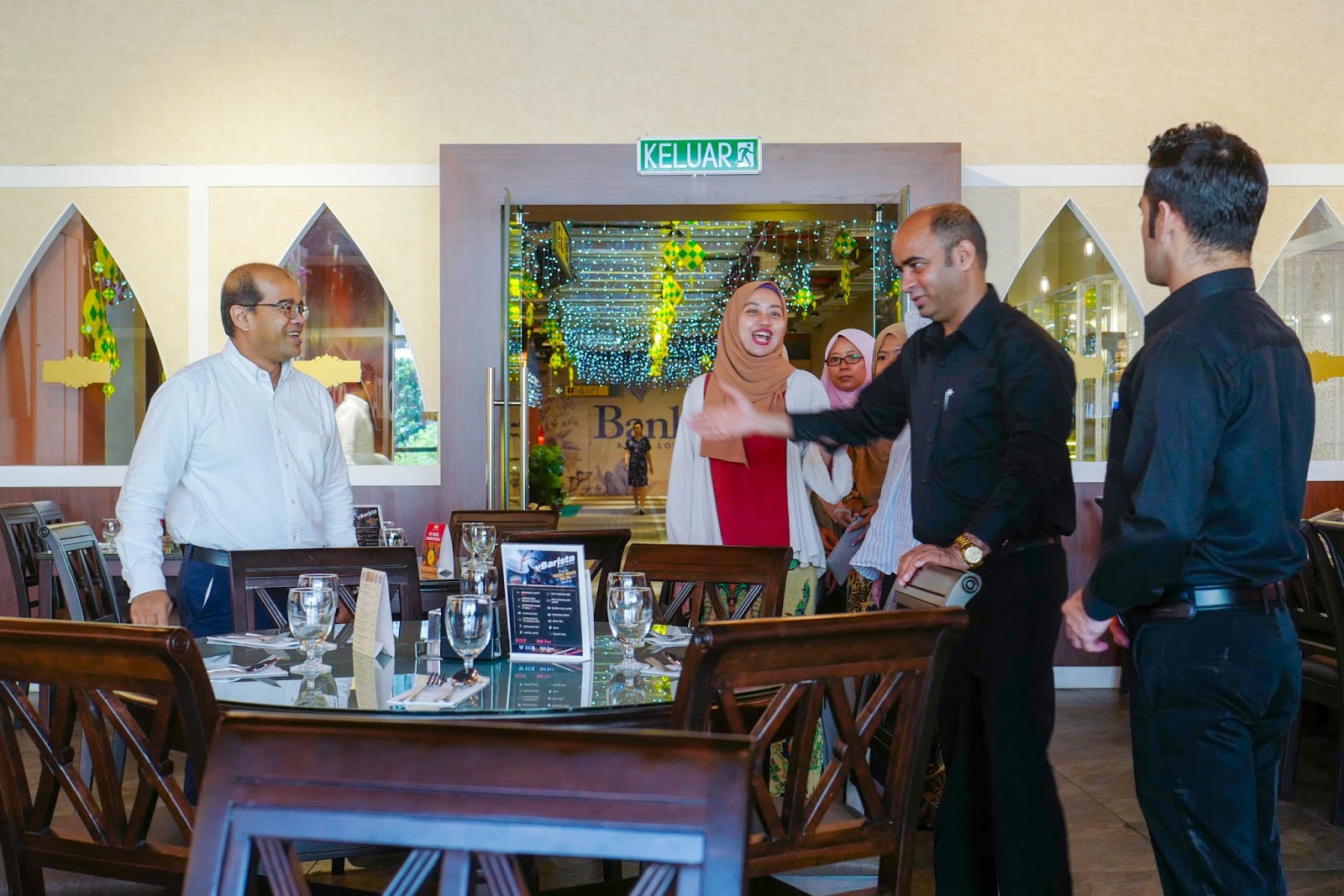 For the second-generation show-runner of Malaysia's Spice Garden family of Indian restaurants, the mastery of spices has been a lifelong journey of international lengths, taking him from his birthplace of North India (where he was once the only male student in his school to pursue home science) to a hospitality education in Switzerland, to dwelling among indigenous communities to see generations-old ways of using spices in their most fundamental way.

Mr. Pardeep Batra launched Spice Garden in 2003, rolling out a string of branches from Genting Highlands to Bukit Bintang; Chef Bharat joined his father in 2006 and became the brand's head chef. Their accolades haven't ceased - at the Malaysia International Gastronomy Festival 2018, Spice Garden earned awards for Most Outstanding Canapes and Most Outstanding Warm Starter, as well as the judges' choice for Best Festival Menu and Best Value for Money, while Chef Bharat himself reaped a Chef Personality Award for embodying Malaysia's muhibbah spirit during the festival.

The latest chapter of the Spice Garden story unfolds with the restaurant's latest outpost in The LINC KL, the city's centre's single most ravishing mall, endowed with endless natural greenery and glorious sunshine. This urban sanctuary offers a charming backdrop to a meal at Spice Garden, which blends India's classic heritage with contemporary culinary capabilities to create mouthwatering masterworks. 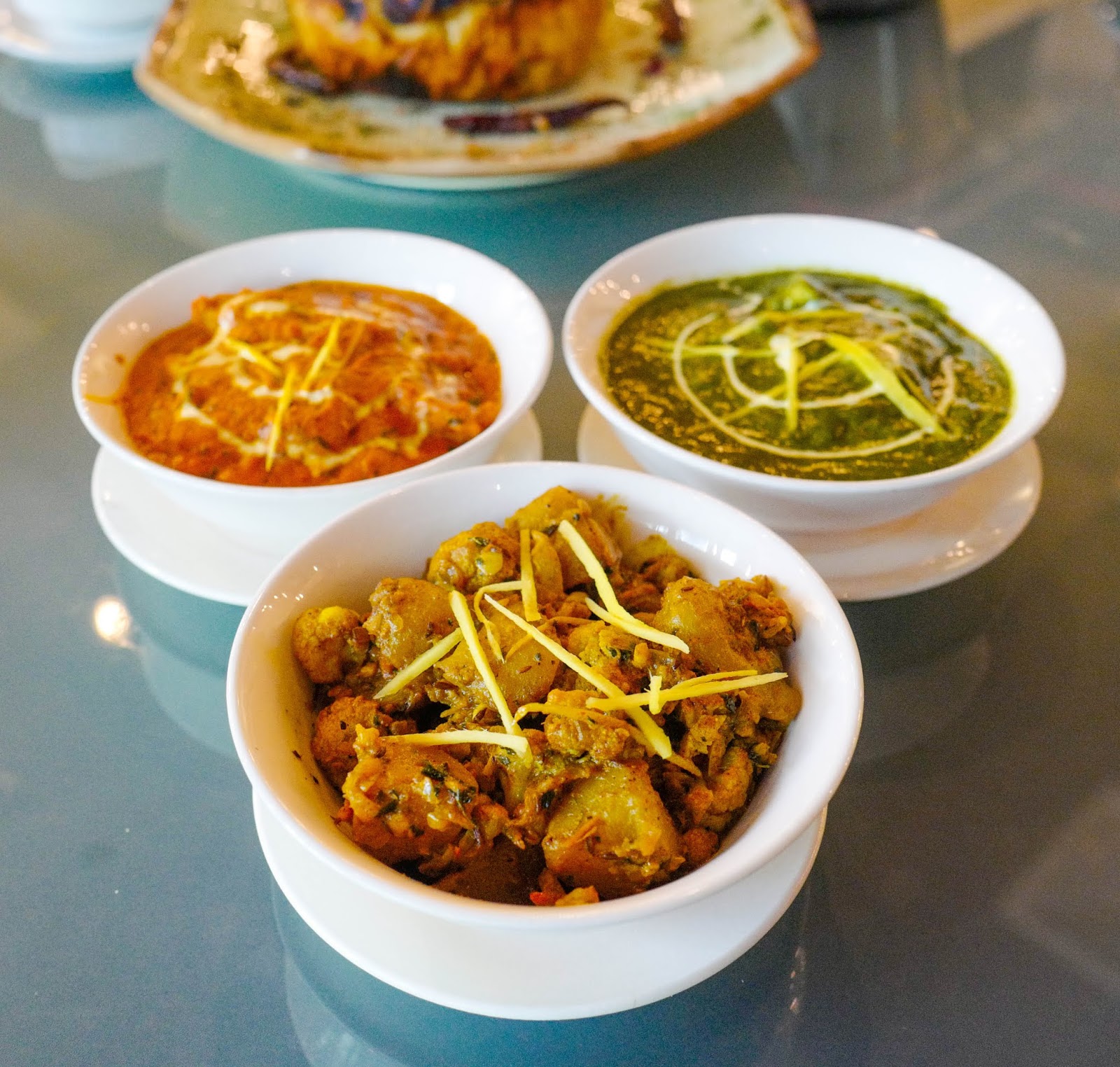 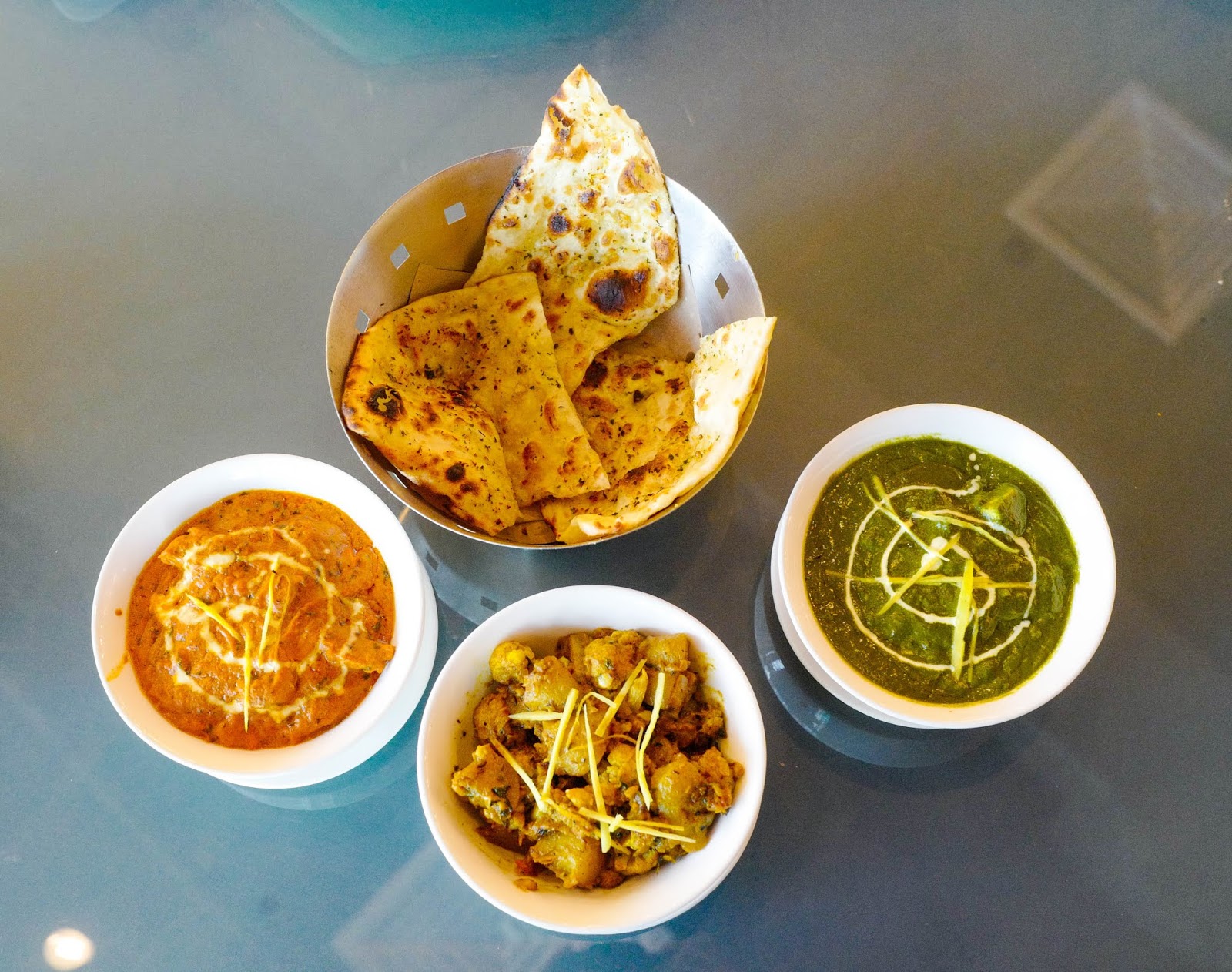 When Spice Garden's offerings emerge at the table, they live up to the restaurant's name, especially the curries that come heady with whiffs of cumin and cardamom, mingling with masala mixes, channeling the centuries-old traditions of kitchens from Lucknow to Ludhiana.

Spices are flown in from North India to best recreate these recipes in Malaysia; every speciality is prepared fresh daily, with a clear-eyed focus on quality, bearing no hint of oiliness on the top layer of the curries, in a reassuring sign that the restaurant avoids reusing and reheating its food.

The menu is encyclopedic, but first-timers won't go wrong with perennial favourites, cherished not only in North India but Malaysia. The Chicken Tikka Masala is a standout, sensually smooth to the core, with aromatic nuances that make each heat-kissed bite compellingly uplifting (RM30). The Palak Paneer shines pretty potently too, with spinach that's painstakingly ground each morning, balanced by house-made cottage cheese with an assertive, alluring character (RM24). Complete this triumvirate of triumphs with Aloo Gobhi Adraki, harmoniously assembling subtly smoky potatoes and crunchy cauliflower with ginger and other buoyantly fragrant condiments (RM17). 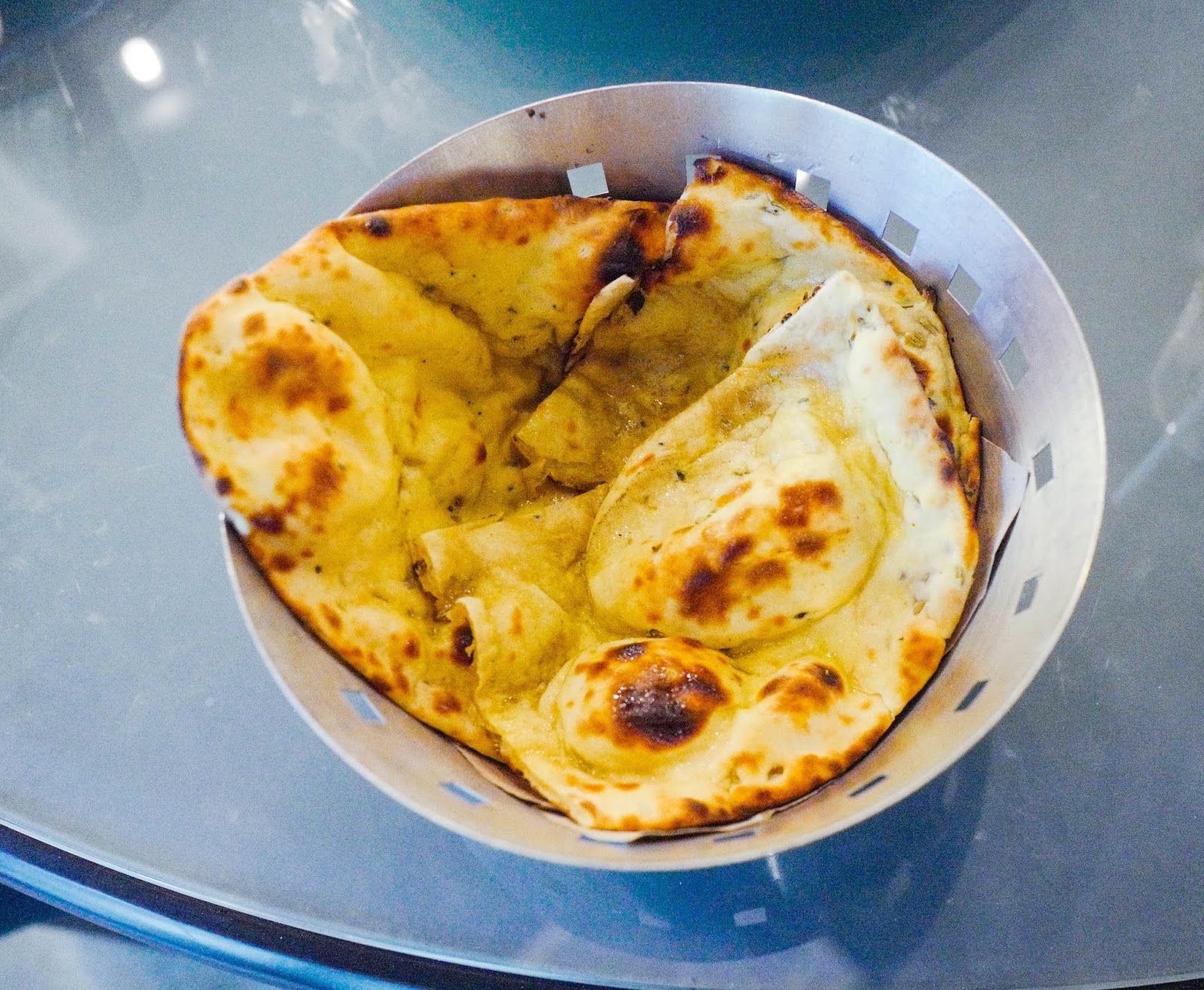 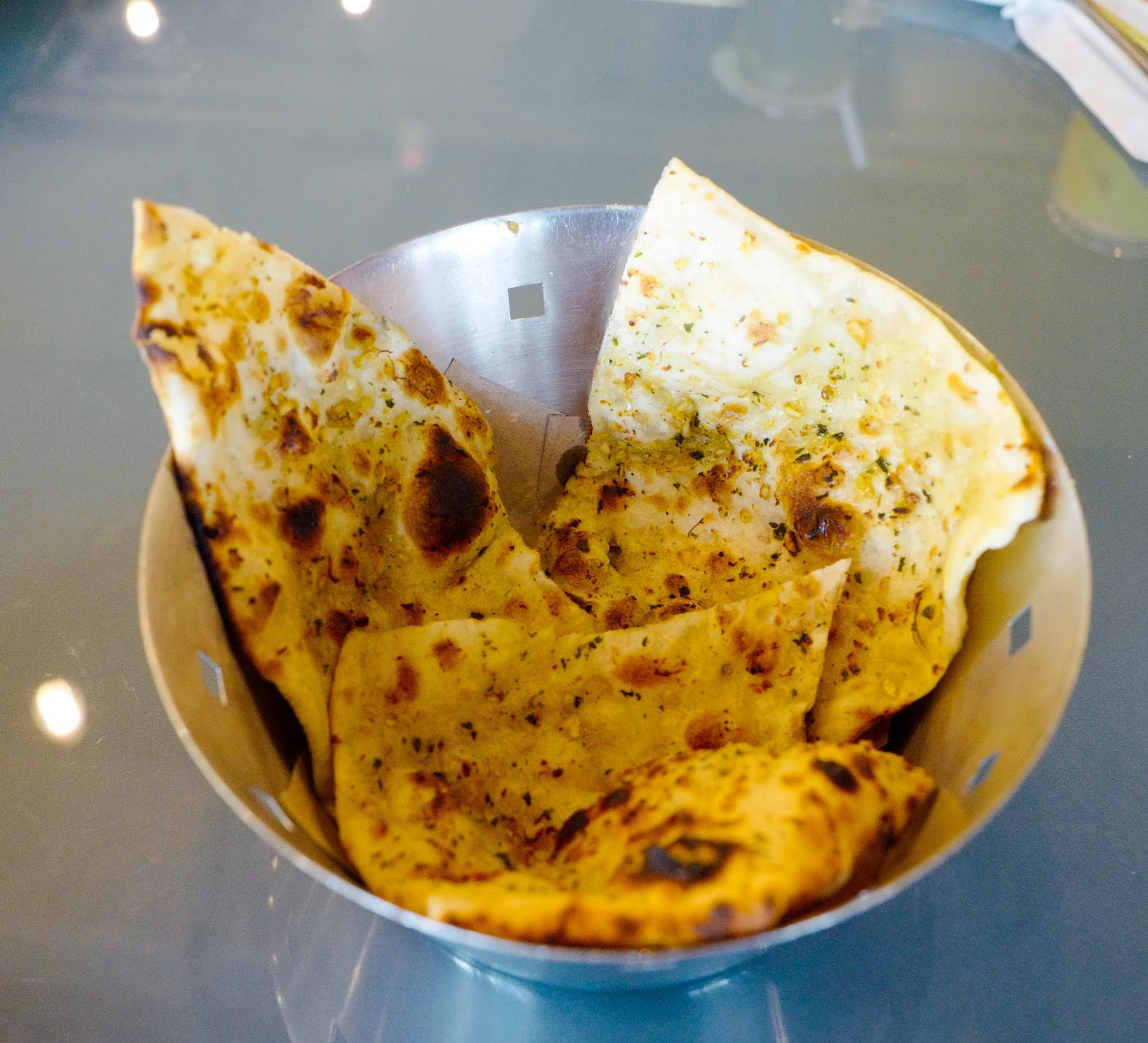 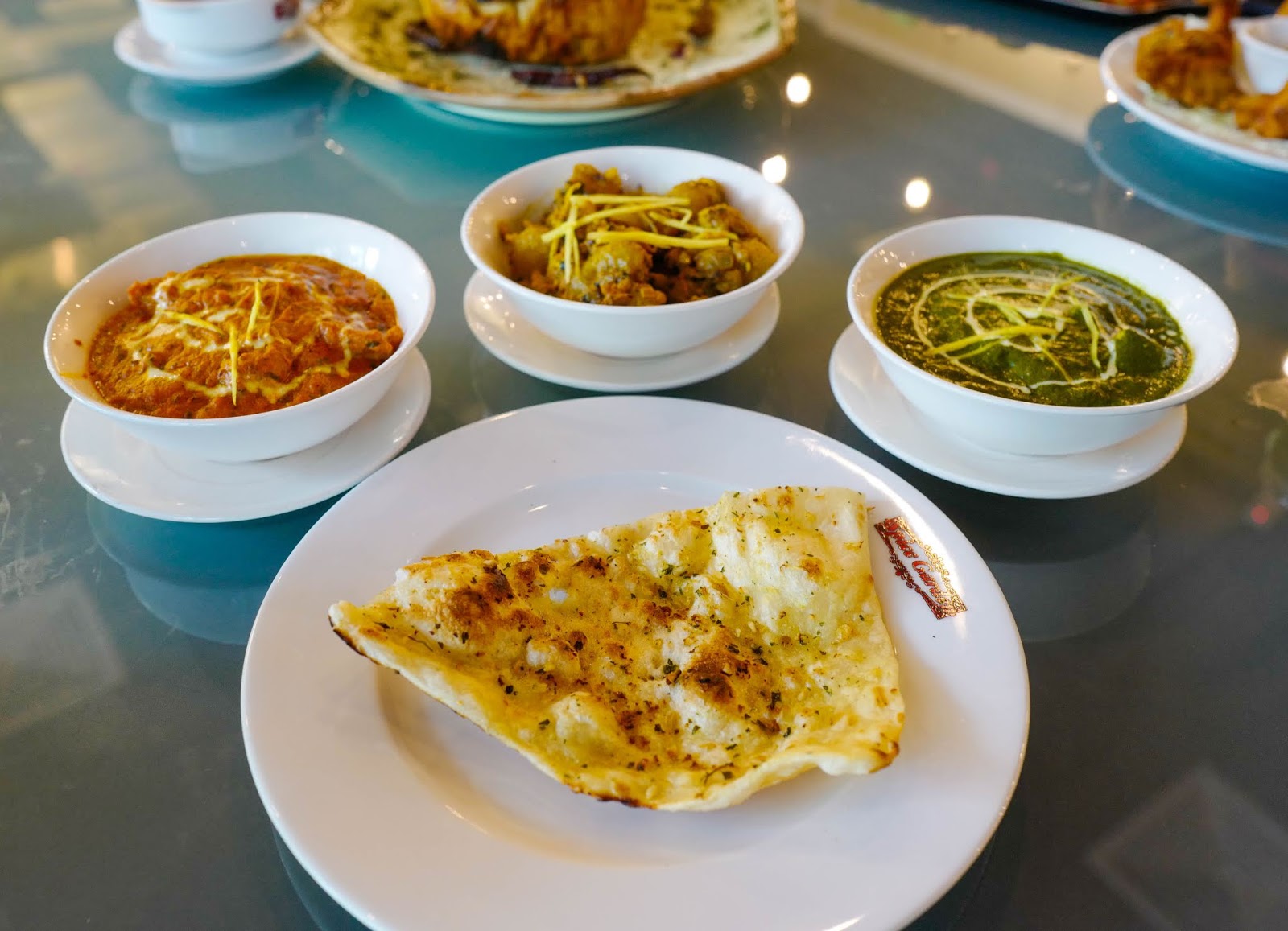 These rich, robust temptations make for the perfect pairing with Spice Garden's numerous rotis and naans (RM5 to RM14 per serving). Relatively health-conscious customers can opt for the multi-grain naan, constructed with semolina, whole wheat and white flour, topped with a bit of butter, but others will find the garlic naan irresistible, courtesy of its compelling scents and chew-worthy sensibilities. It's a testament to this restaurant's meticulousness that each flatbread is done justice, with tastes and textures that pay homage to the art and craft of oven-baked soulfulness, making them delectable even on their own. 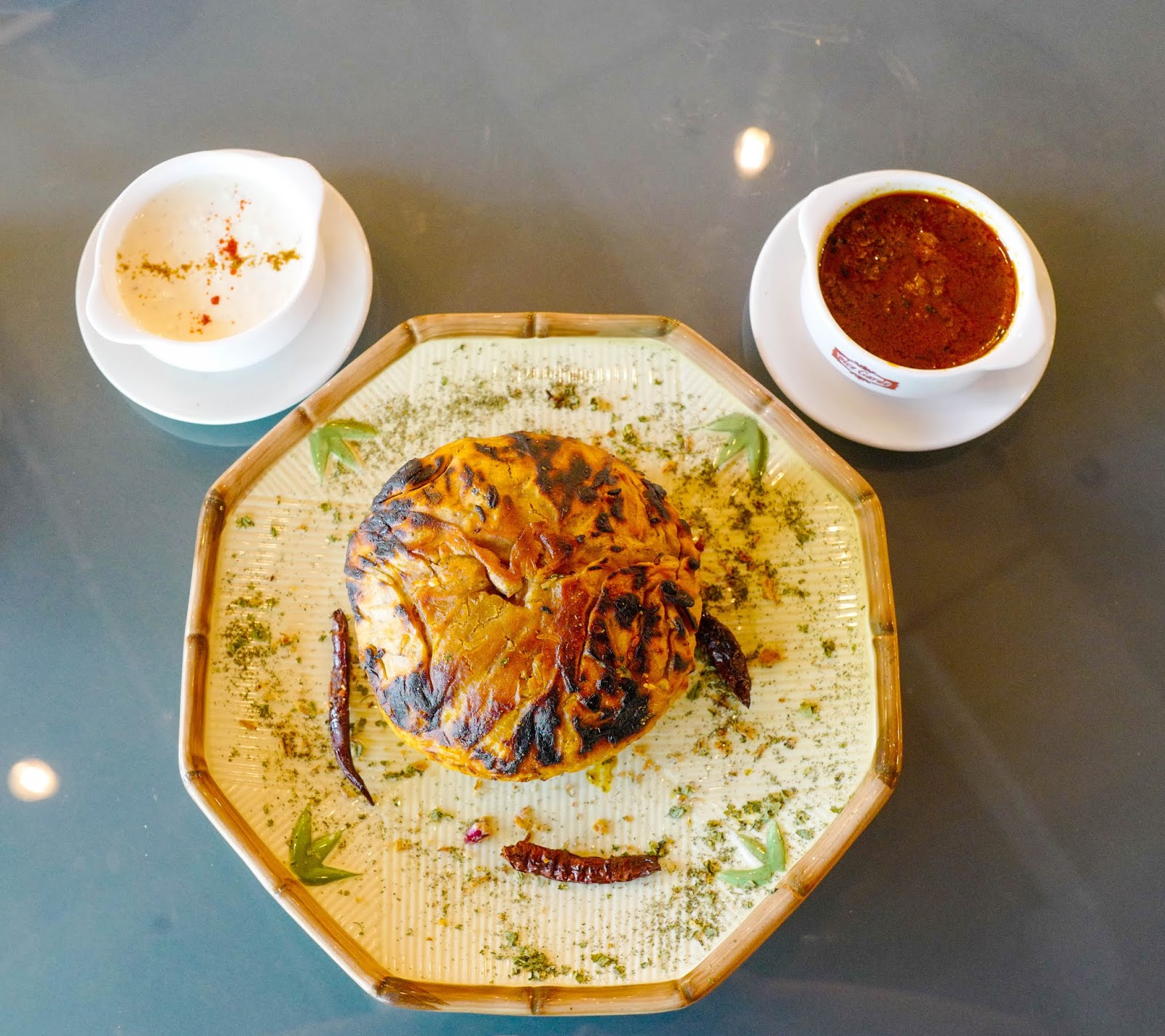 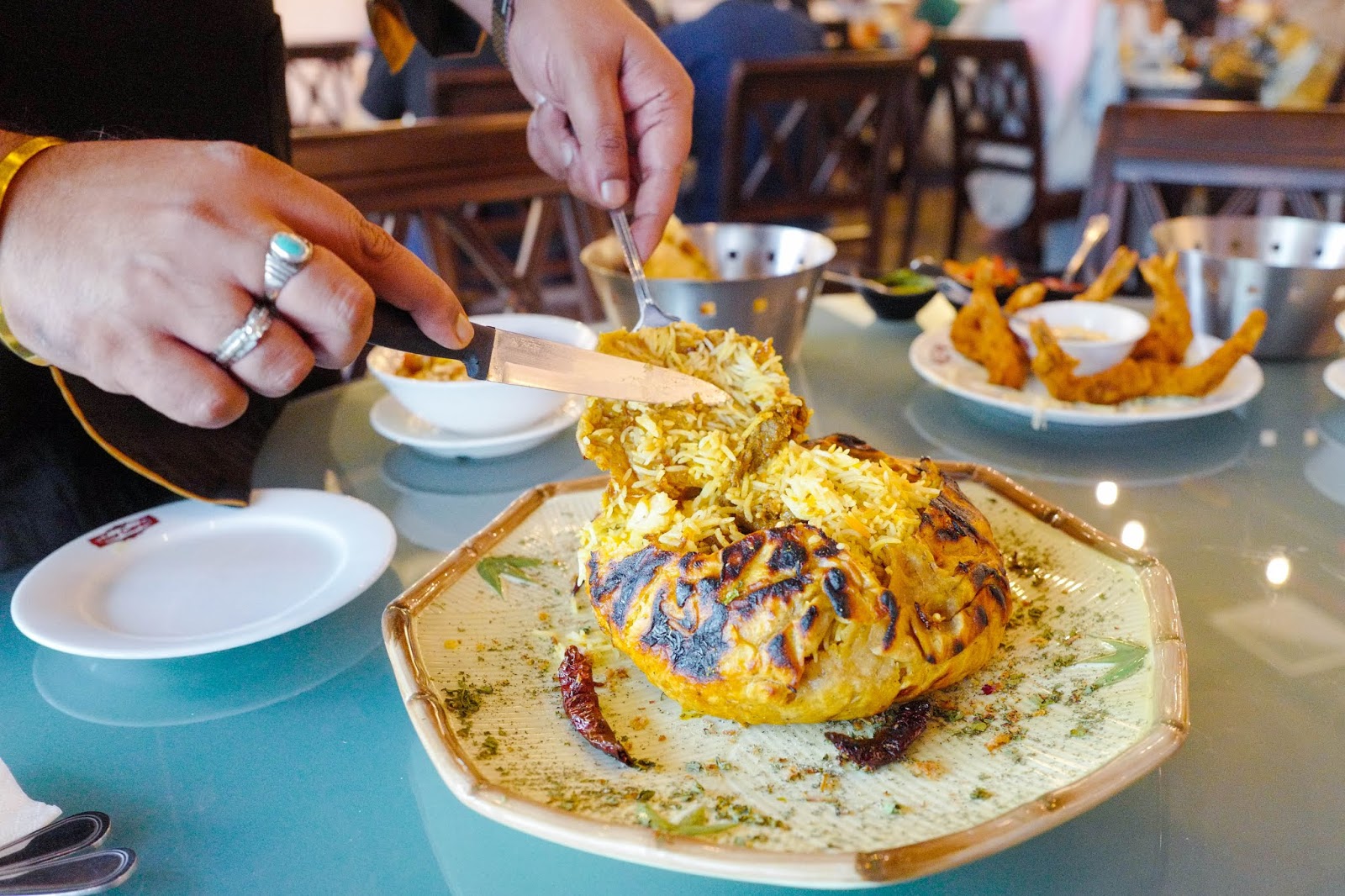 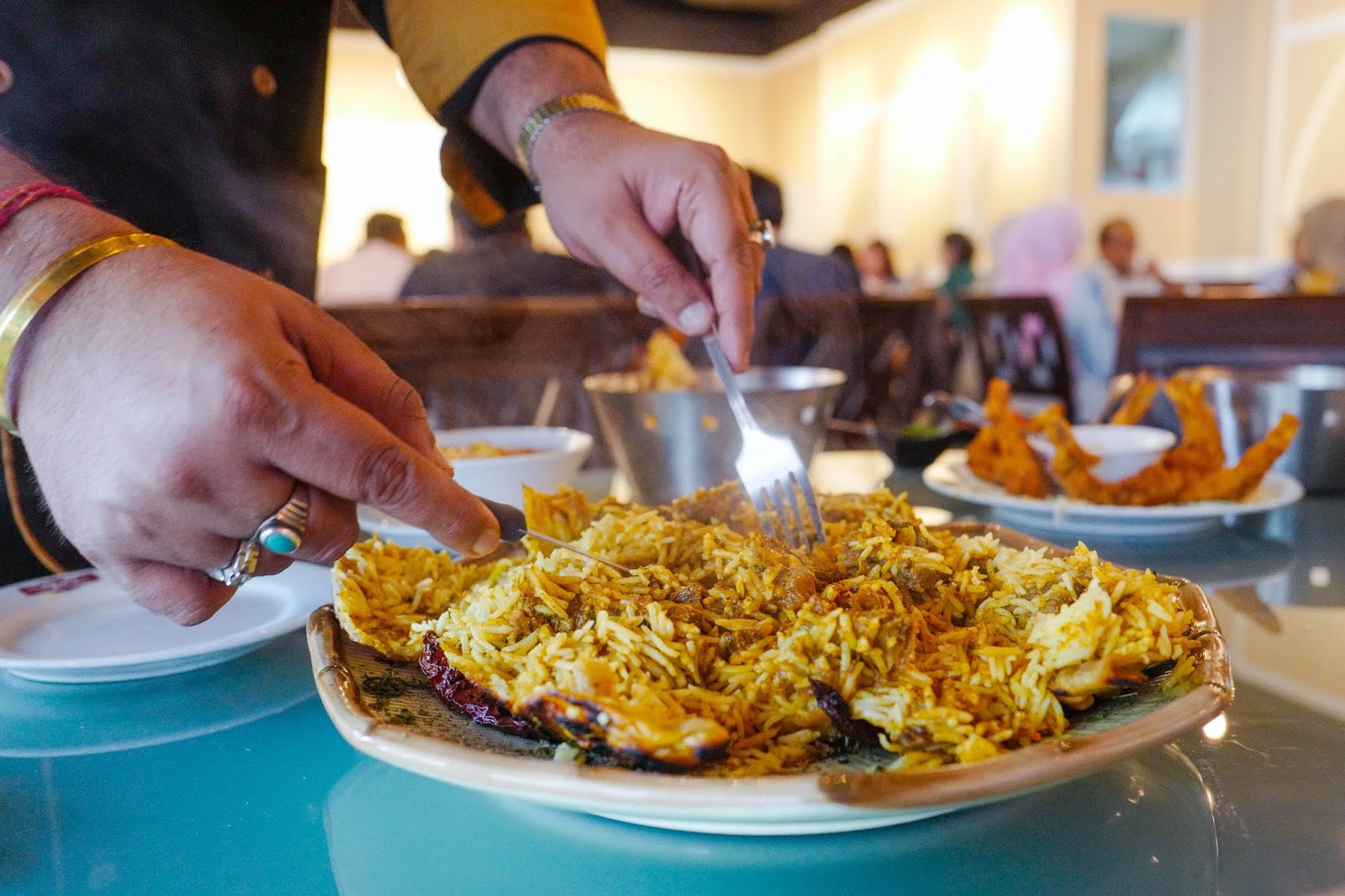 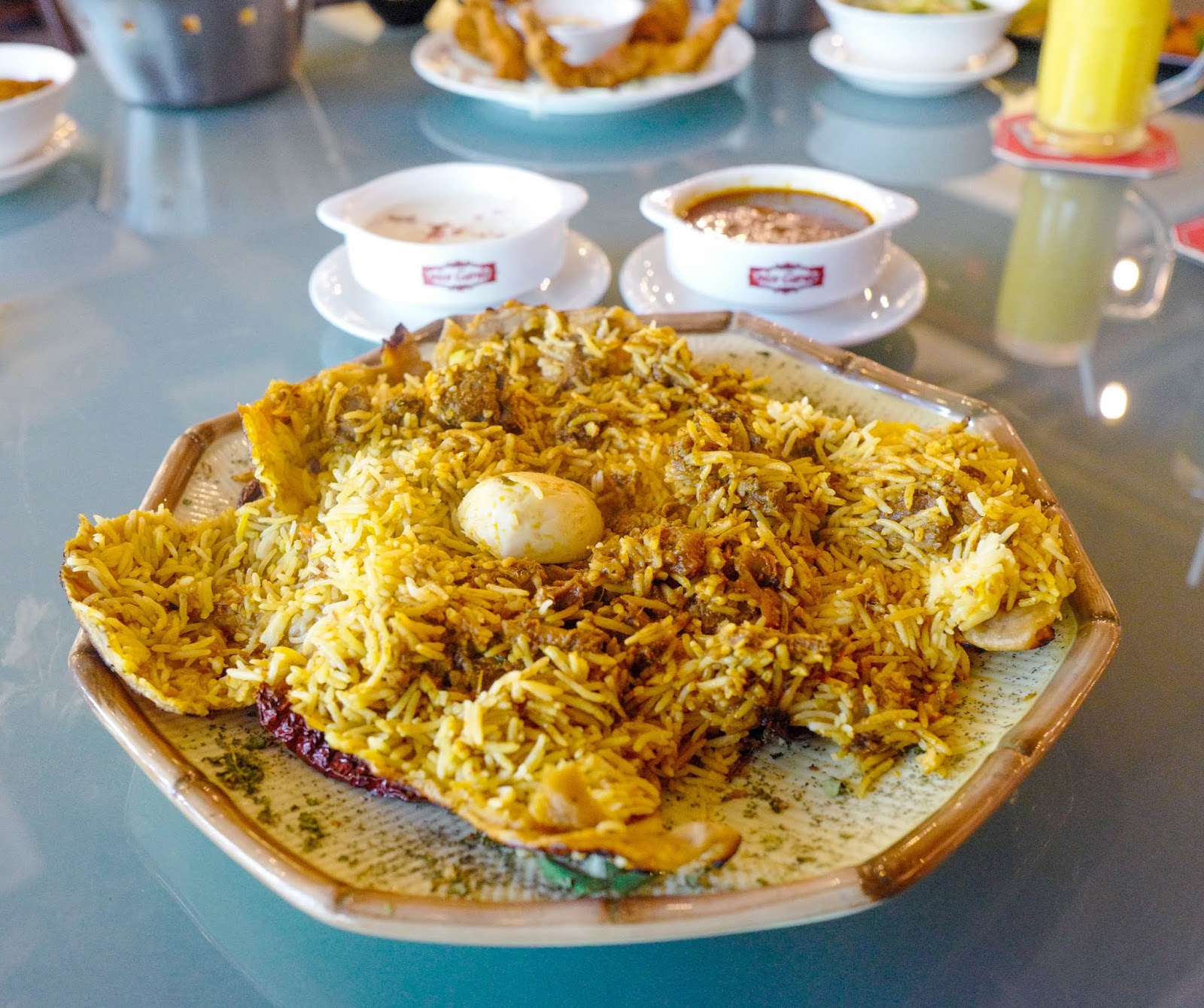 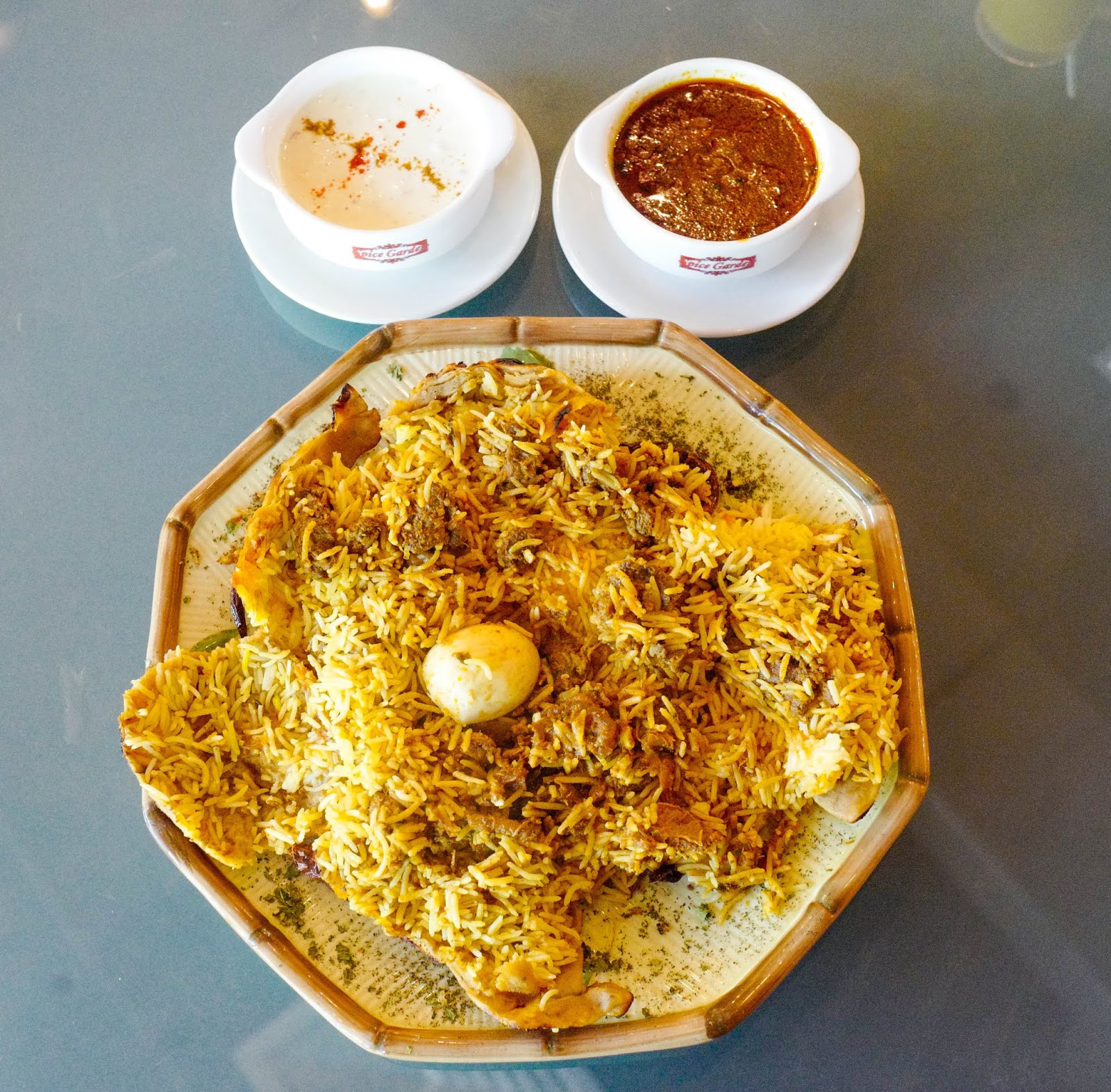 Despite his reverence for time-honoured styles of cooking, Chef Bharat is also a passionate innovator whose most modern-minded concoction - the unique Khazana Mutton Biryani (RM70++ for two persons; RM125++ for four) - merits the visit to Spice Garden even if this is all you order.

Biryani rice is sealed with mutton, egg and spices in whole wheat bread, slow-cooked in a charcoal tandoor; the bread helps generate steam that travels to every corner of its contents, resulting in biryani that's cooked evenly across its dimensions, a little creamy from the egg, with exceptionally tender mutton.

Even the serving of this biryani is a mini-spectacle, as the bread is sliced open starting from the top to carve out its own bowl, flattened out to let the rice and meat tantalisingly spill open. The biryani pictured here is rounded out with mutton curry and yogurt raita, but it's also available in chicken, fish, prawn or vegetable variations. 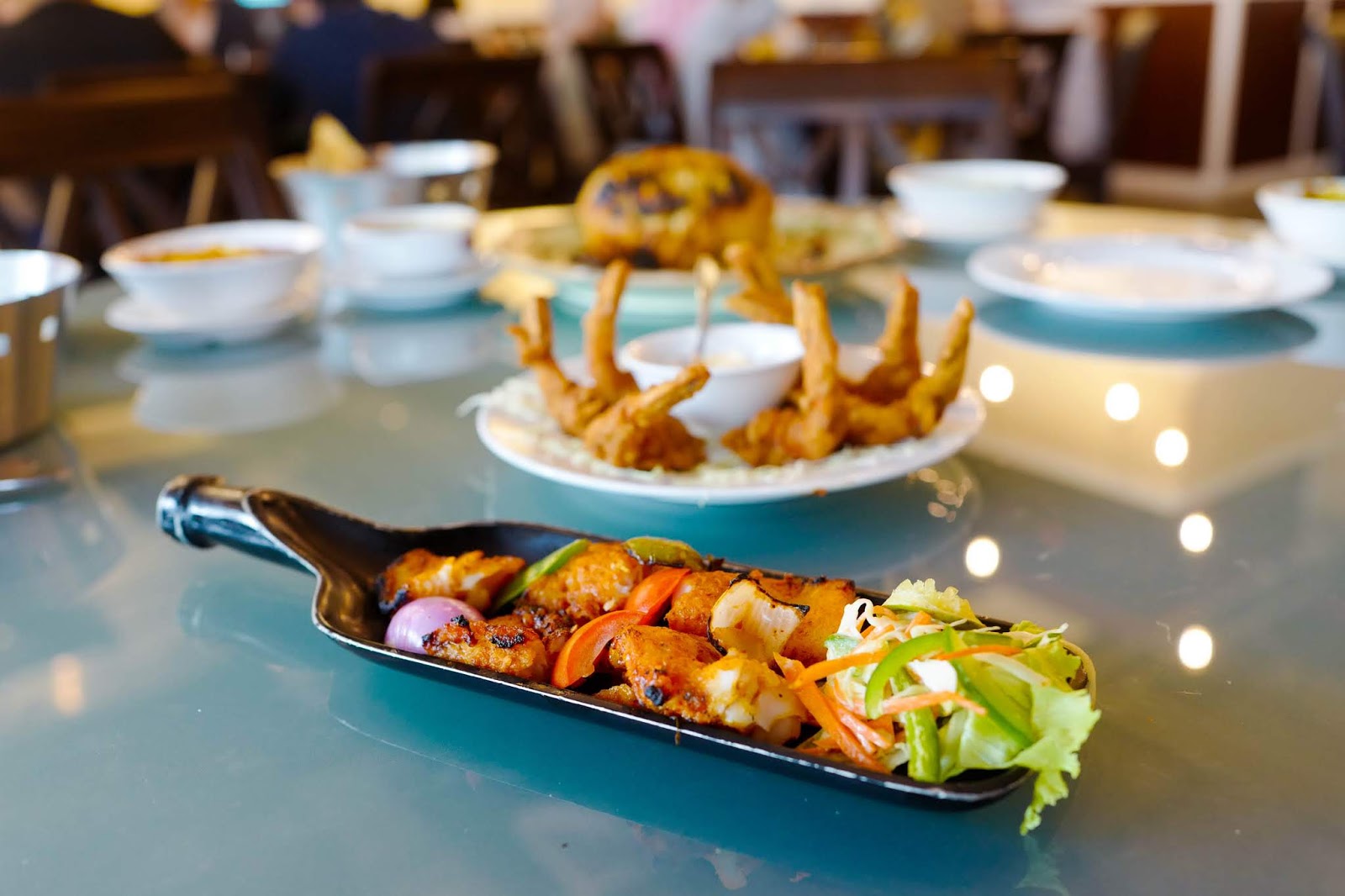 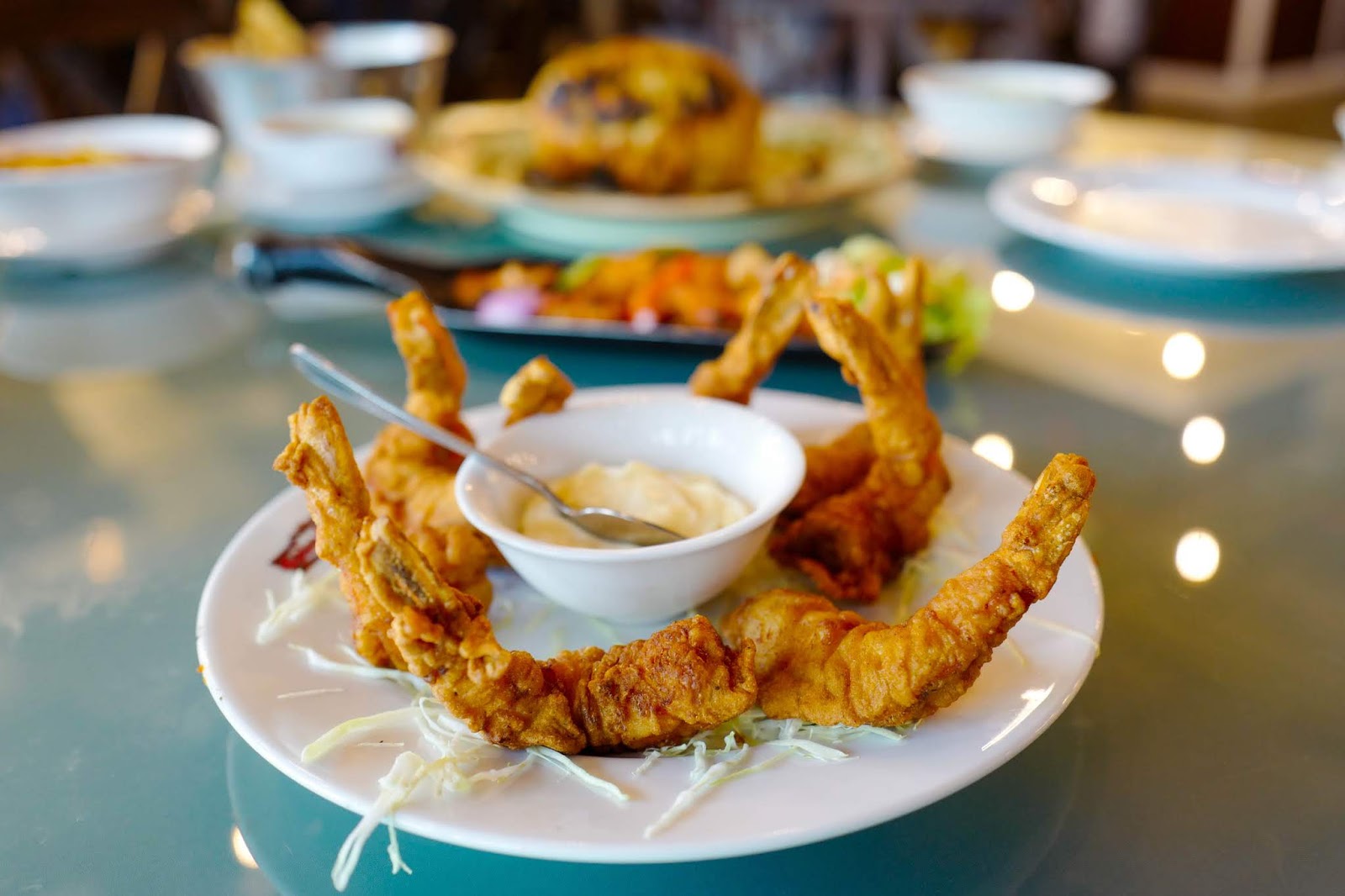 Spice Garden also boasts a modest Middle Eastern repertoire, attributed to chefs from the region who formerly worked for this restaurant. Protein-powered seafood surfaces in the form of Samak Meshwi, chunks of fleshy local fish barbecued to a light sultriness, almost delicate enough to melt achingly on the first chew (RM28), and the Prawn Golden Butterfly, enrobed in a breading of semolina and gram flour that proves a pleasurable package for the crustacean's briny sweetness (RM51). 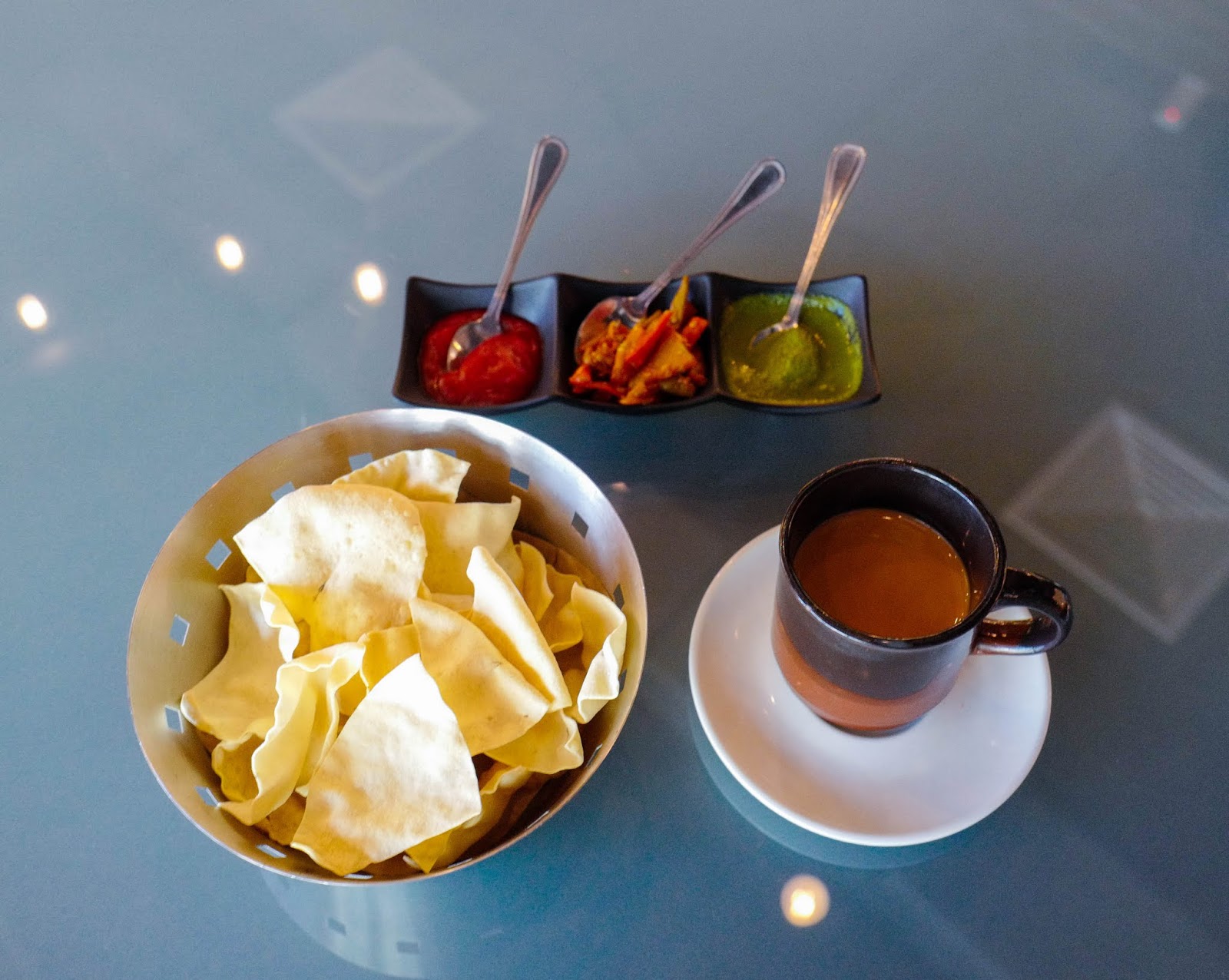 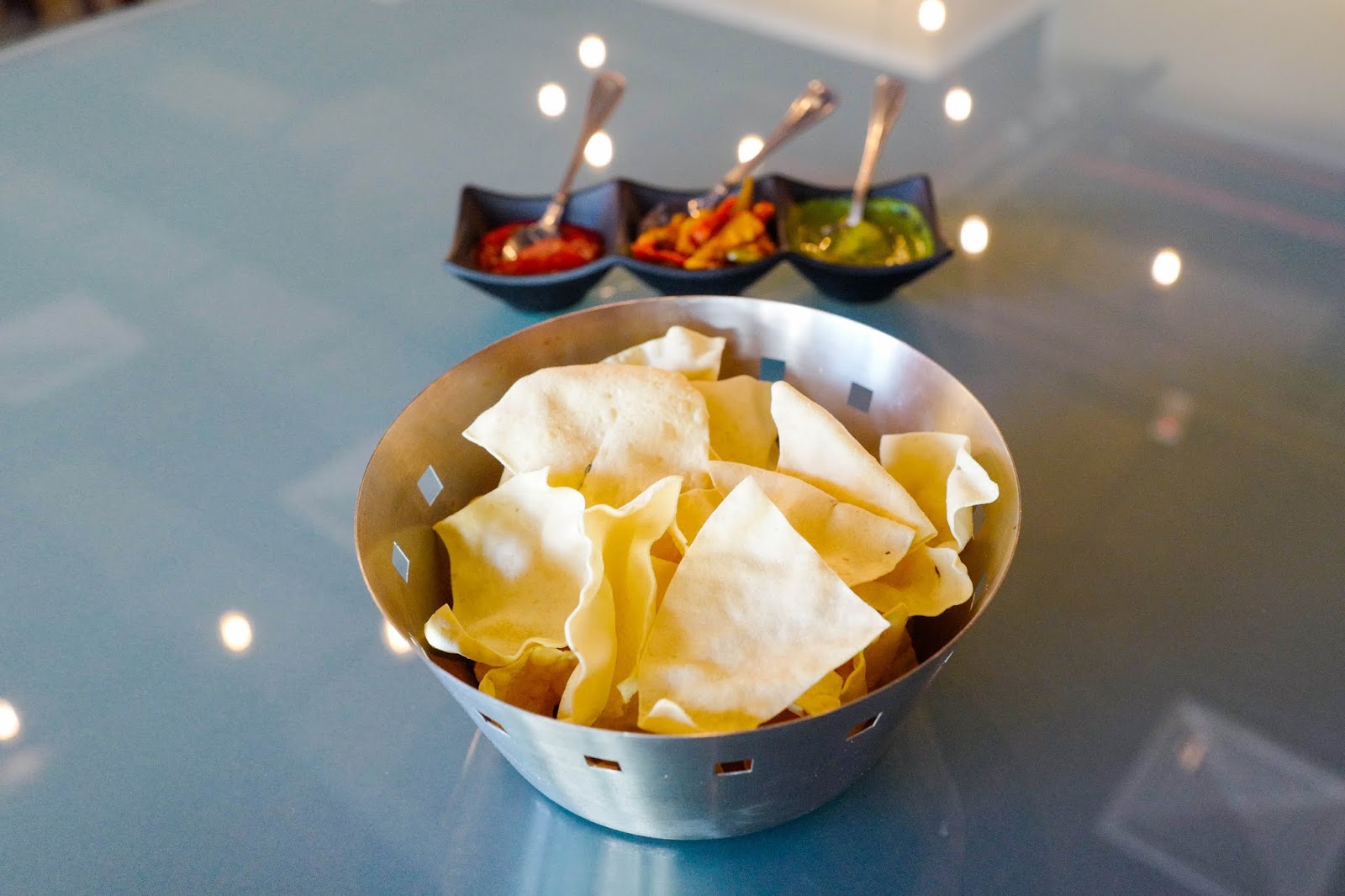 All a la carte meals are accompanied by a complimentary starter of papadom, plus condiments of the day; ours comprised chilli sauce, house-made mint sauce and pickled vegetables. We were too stuffed to sample more, but we'd be happy to return for everything from samosas and kebabs to dals and desserts like gulab jamun. Spice Garden also accommodates requests, catering to customers who prefer to tweak the fieriness of the fare or request that certain ingredients be omitted (no onions?). 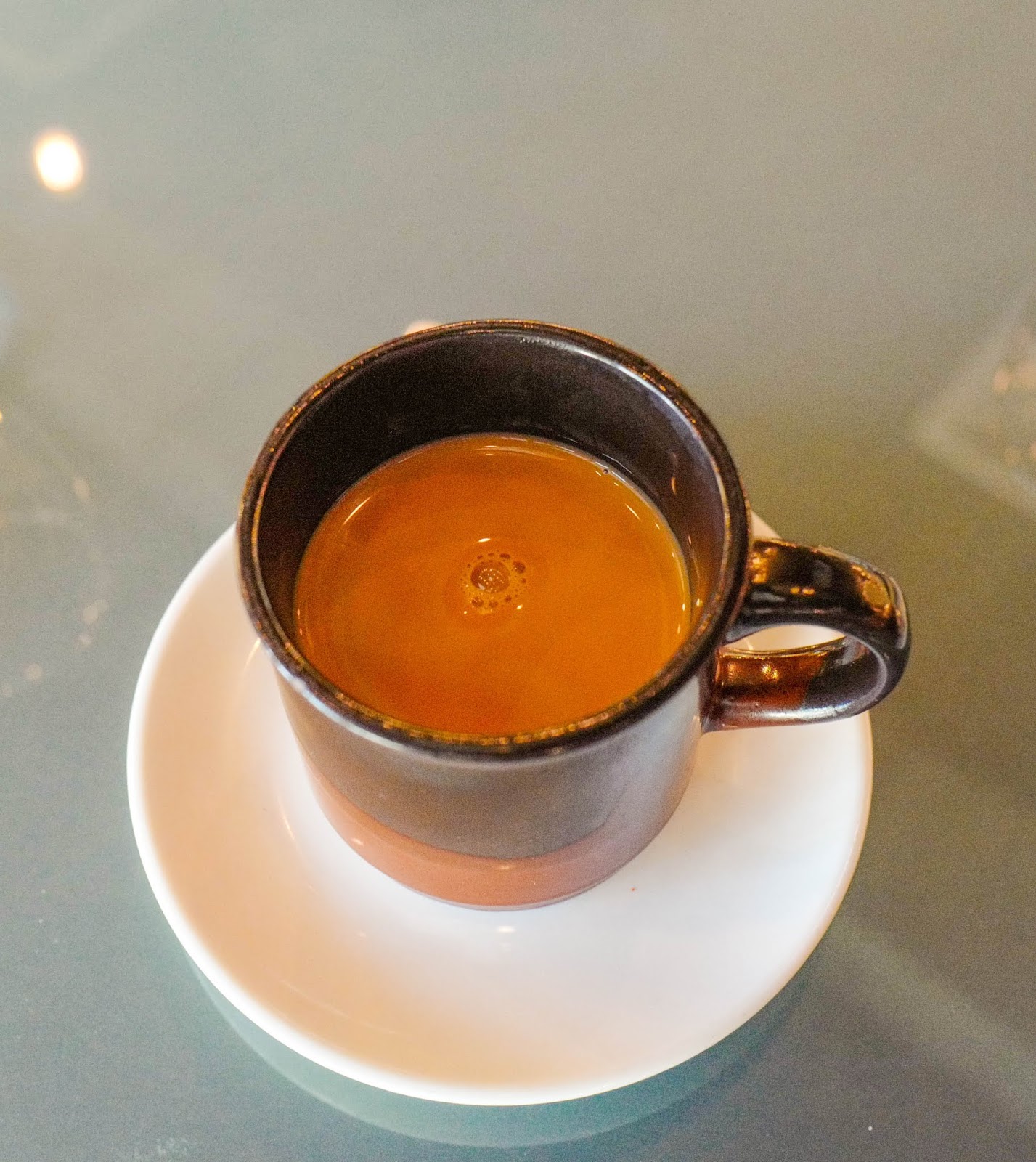 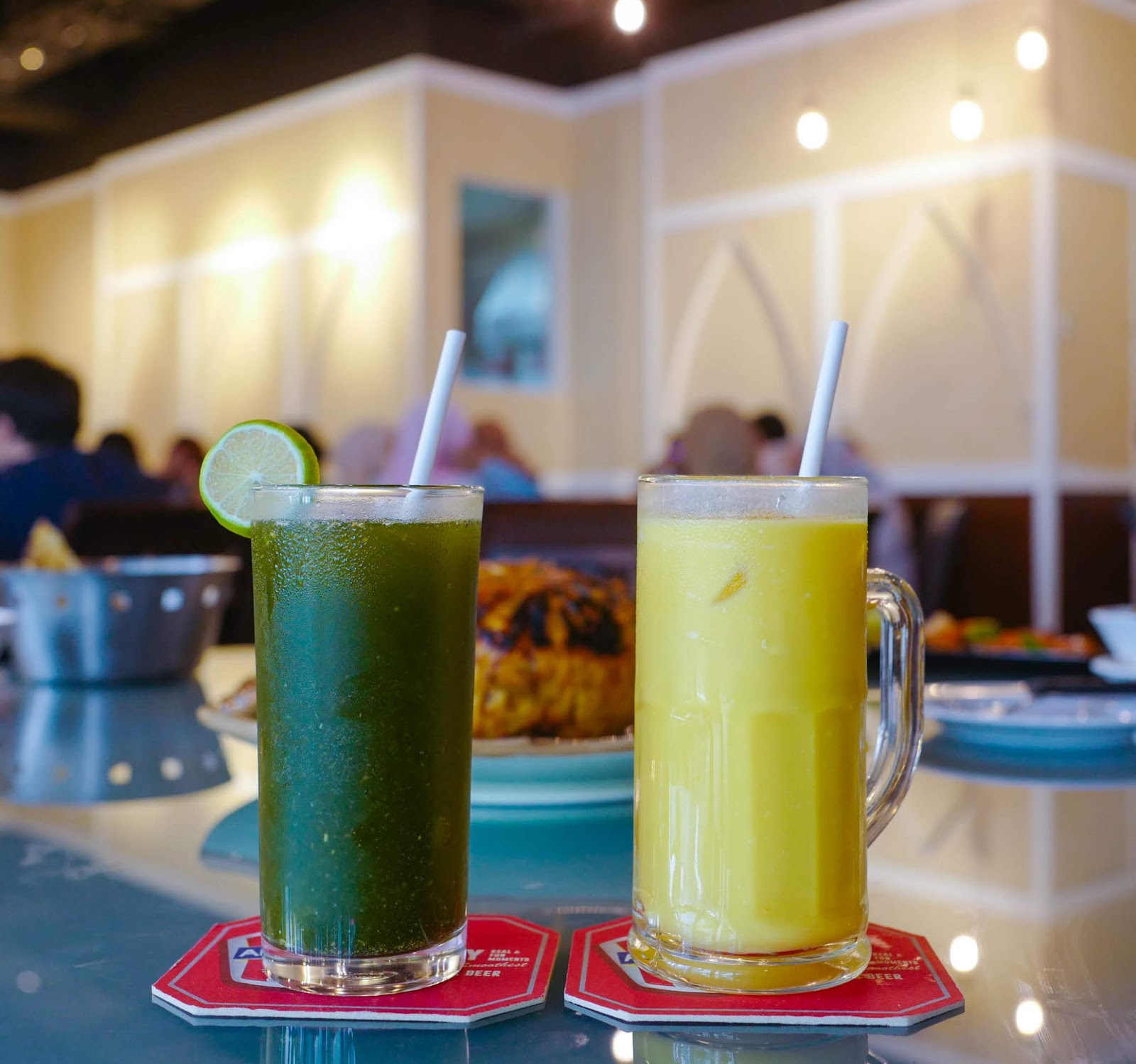 Beverages are a reviving counterpoint to the cuisine, with the full-bodied Masala Tea (RM6), the Indian-style lemonade Jal Jeera (RM8) and the rich Mango Lassi (RM12) among the highlights. A cafe-like selection of coffee is also available, priced at RM7 for hot and RM8 for iced.

All in all, it's clear why Spice Garden has endured for nearly two decades now, with a future that seems unfailingly bright. Chef Bharat has ambitious plans to keep the brand relevant, including transforming Spice Garden at The LINC KL into Spice Garden Signature, potentially promising long-forgotten, less-familiar North Indian recipes as well as more premium cuts of meat and seafood not often seen in KL's Indian restaurants, while still adhering to authenticity - a plan that should excite enthusiasts of adventurous eating.

Many thanks to Spice Garden and The LINC KL for having us here. 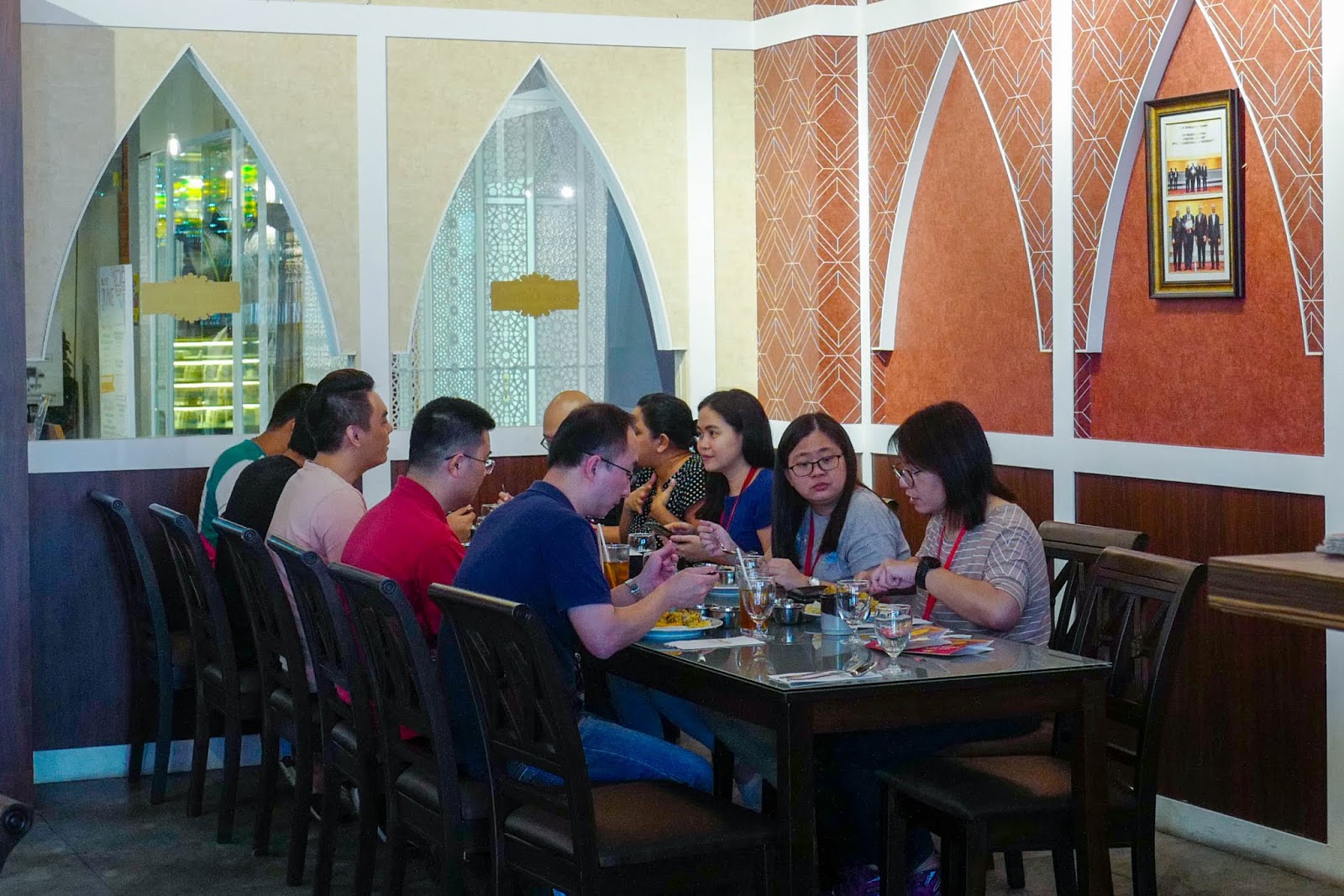 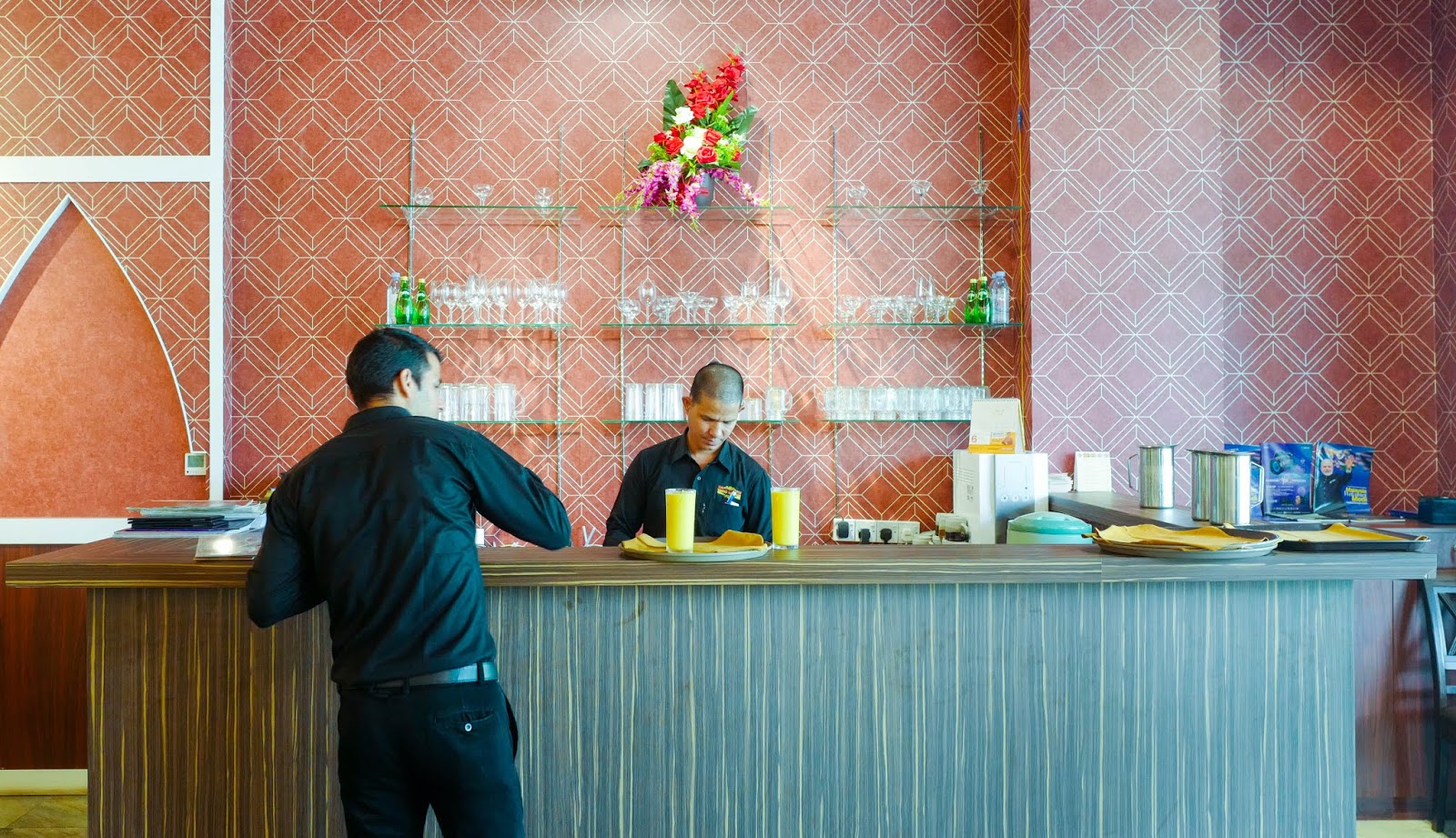 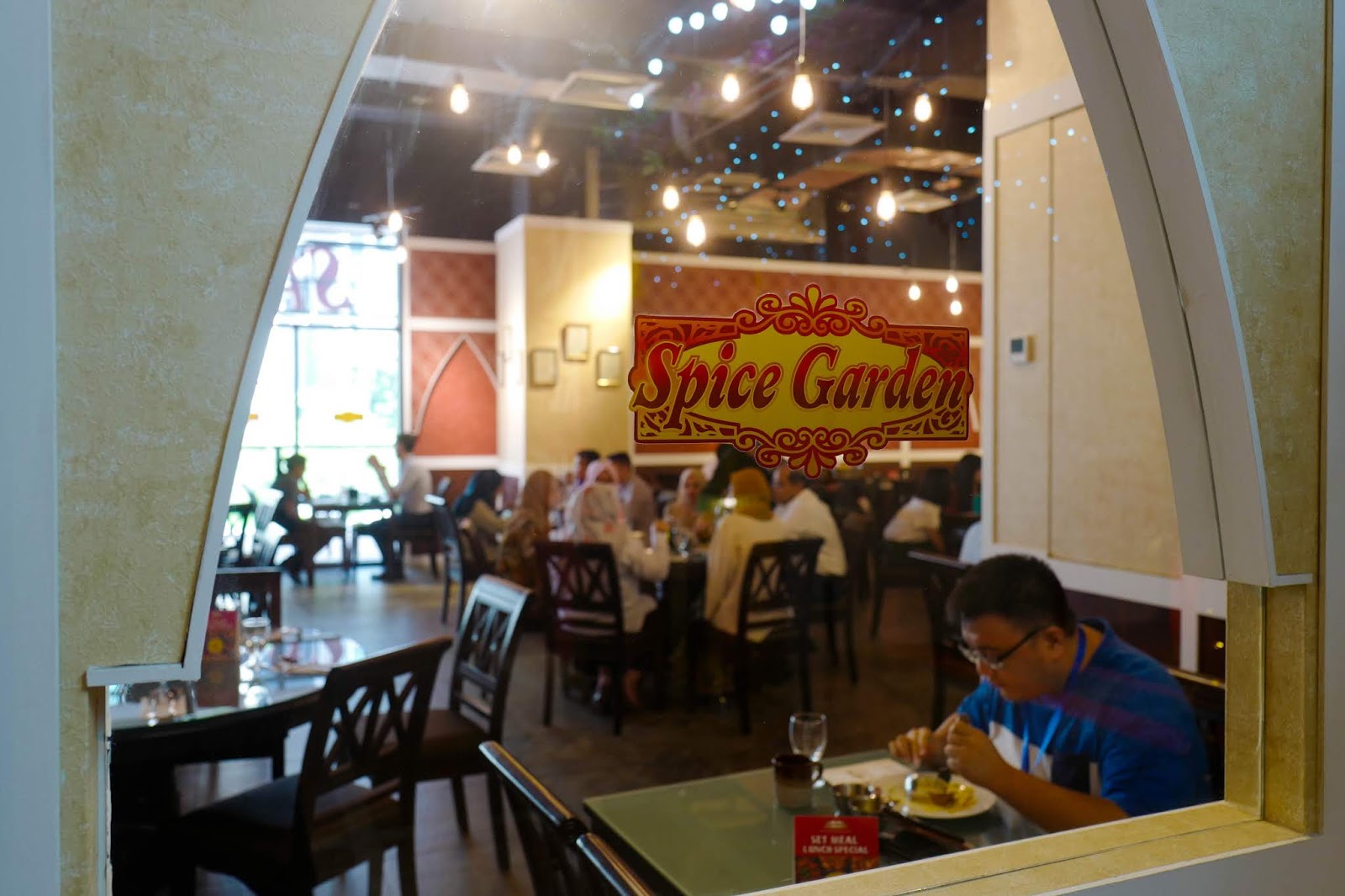 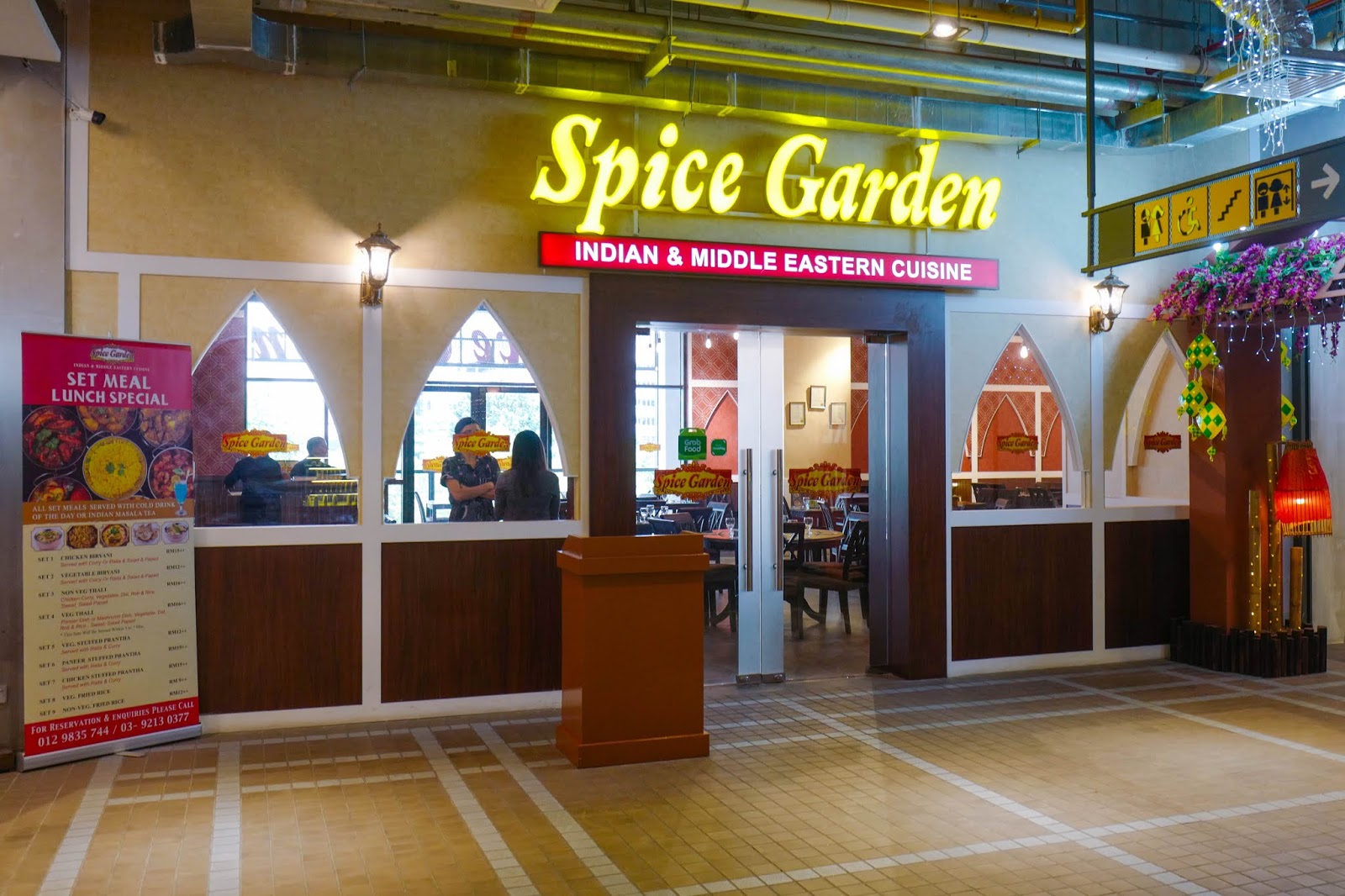 Spice Garden At The LINC KL 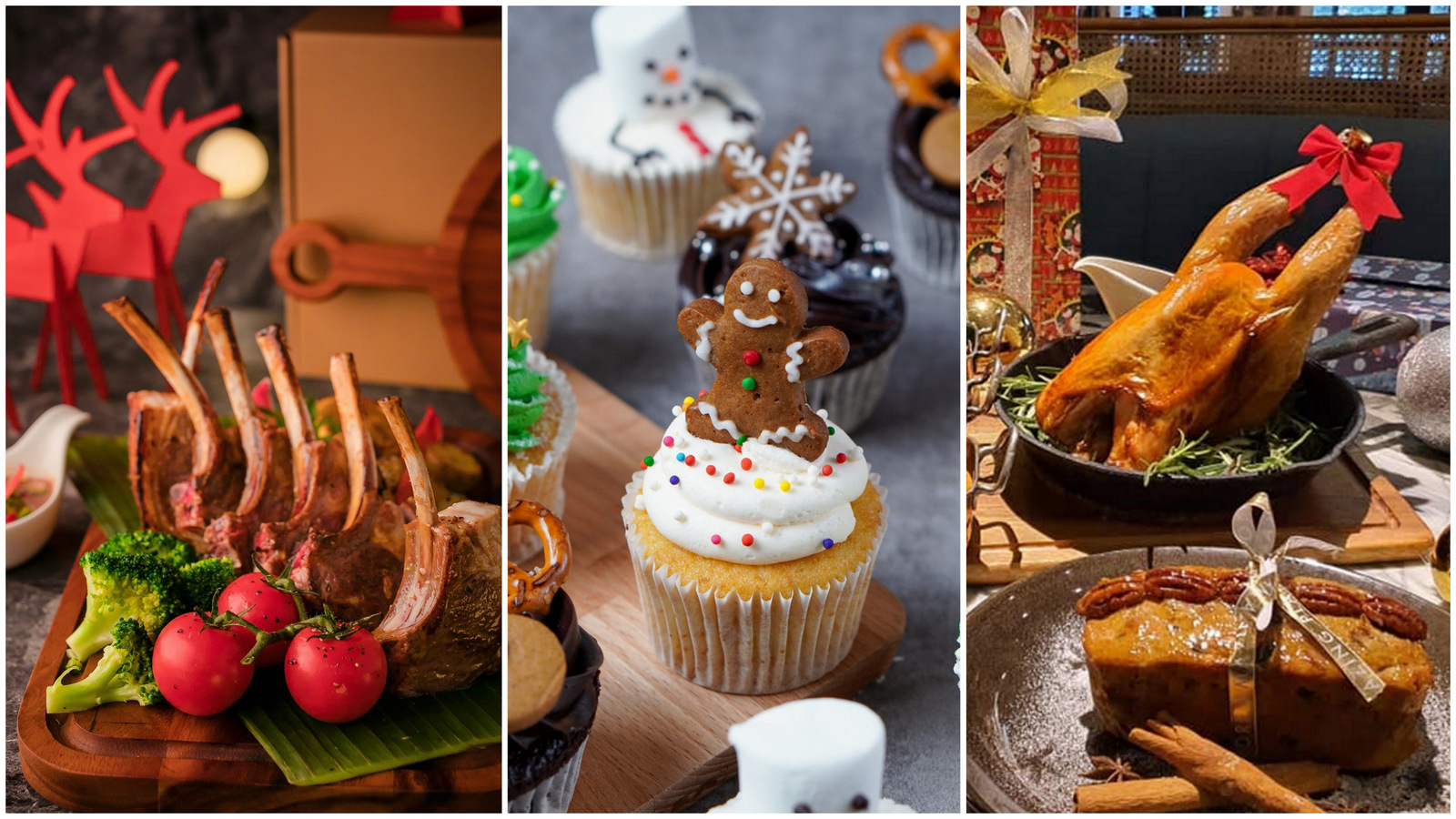 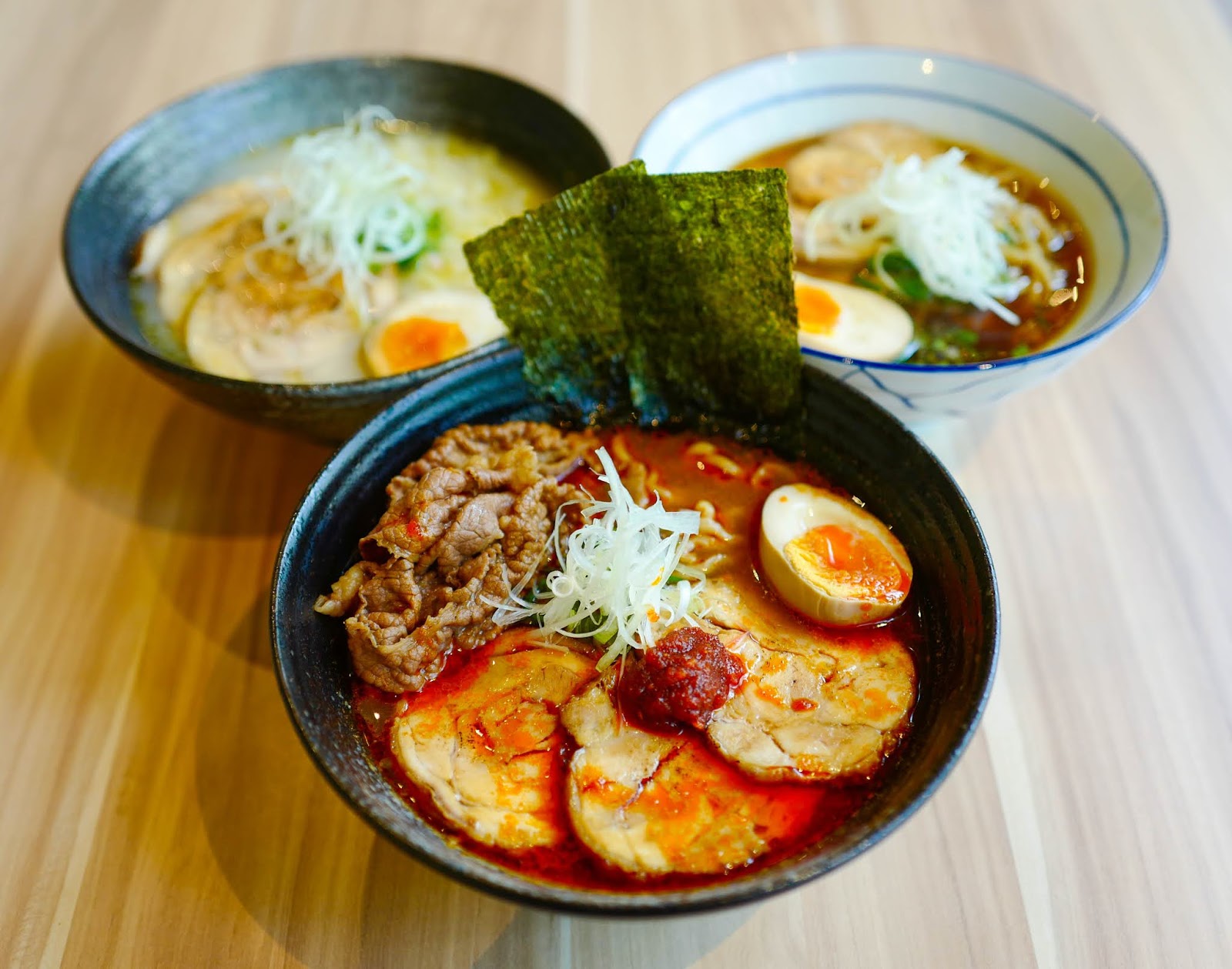 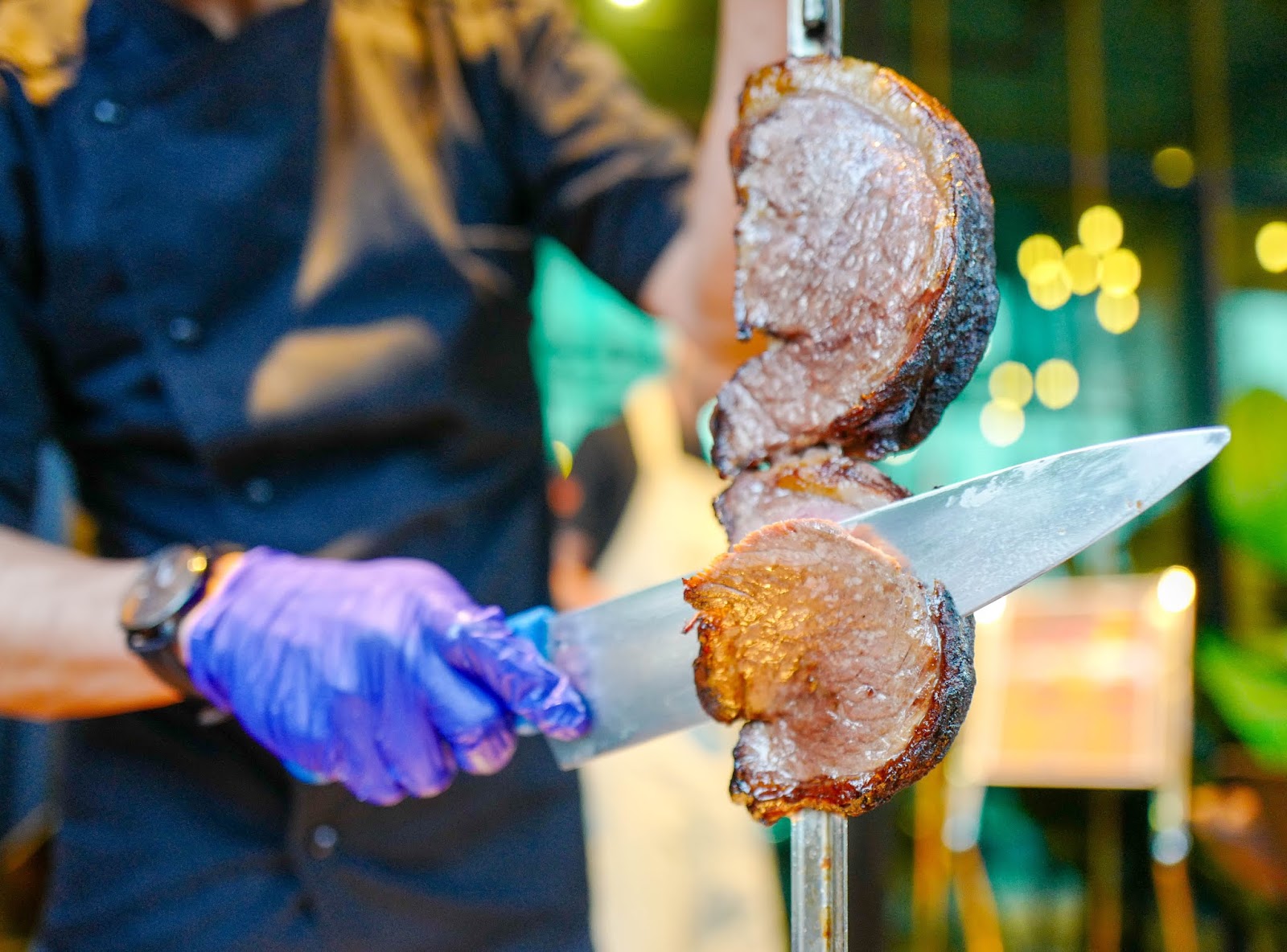 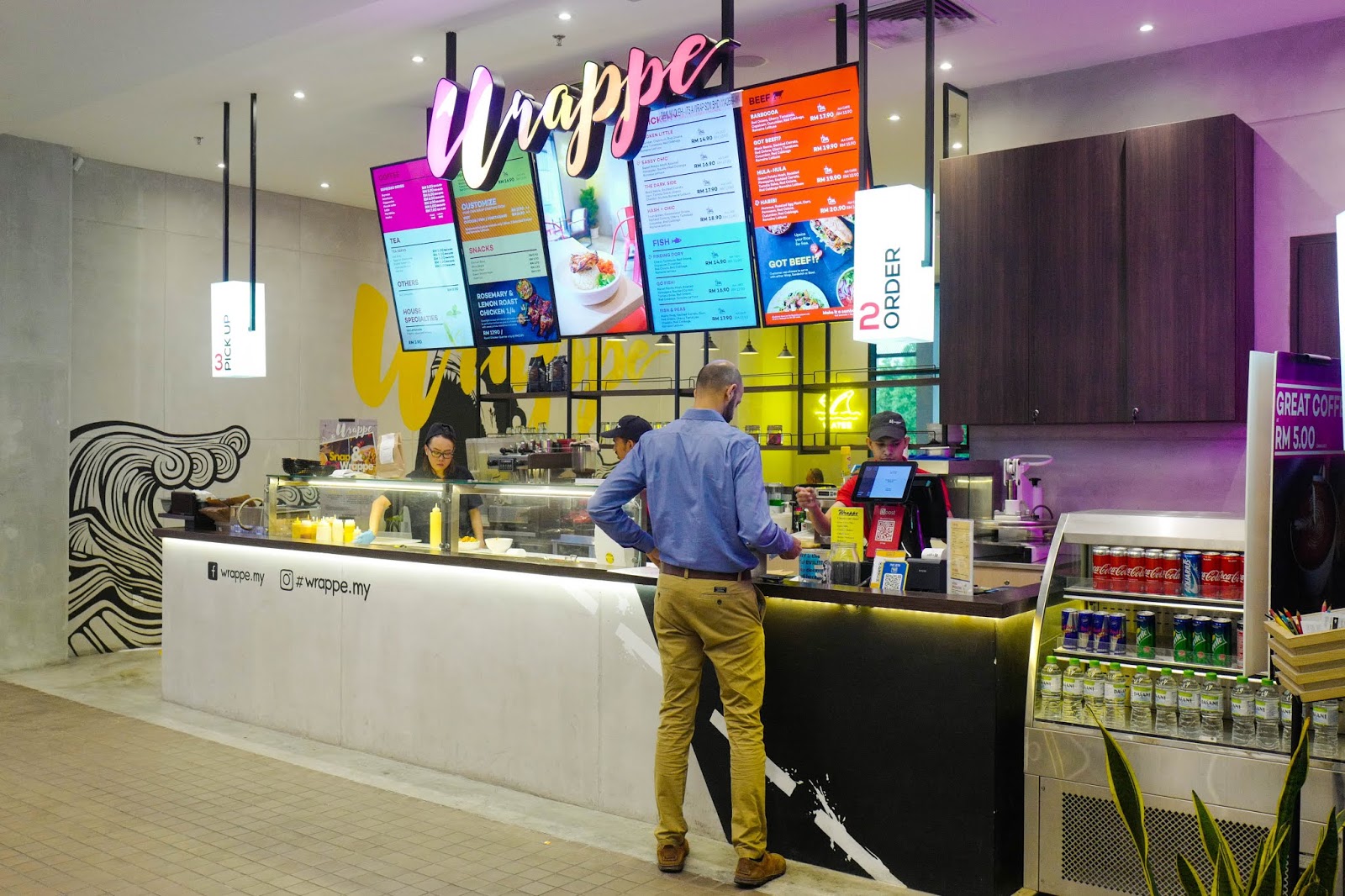