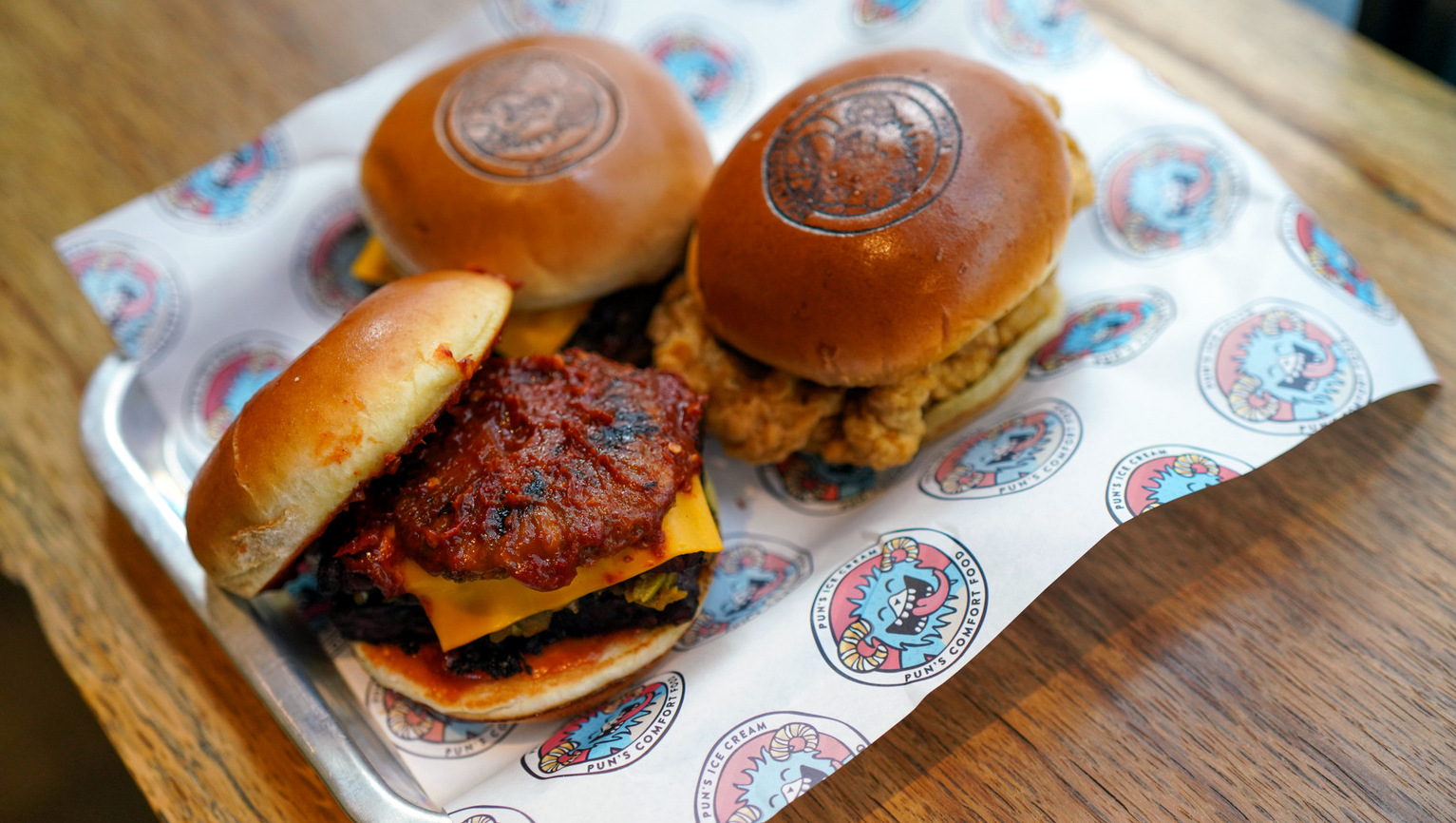 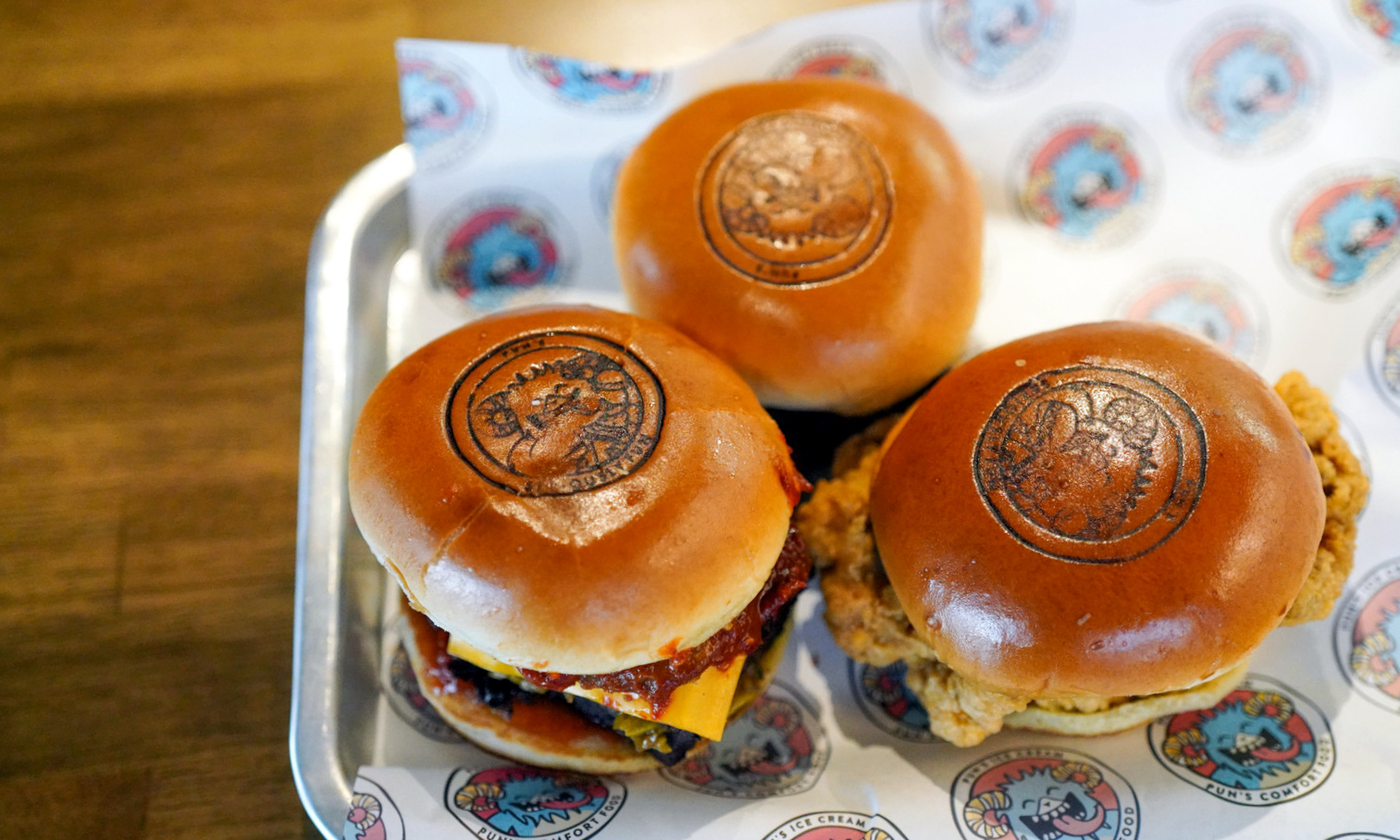 In 2018, Pun's launched its home-churned ice cream, scooping out instantly indelible flavours - including the experimental Tomato Banana and even Candied Baby Octopus - at food markets in Bangsar and Publika. Last year, founders Euwie and Elaine embarked on their own parlour in Seputeh, complementing ice cream with crowd-rousers like fried chicken with waffles. Now, Pun's takes its most ambitious leap forward with a full-fledged restaurant in PJ that brings burgers into the lunchtime fold, with plans to serve dinners that we believe will broaden the boundaries of what Malaysian eateries and eaters can imagine.

The Pun's experience is fuelled by everything we could hope for from restaurateurs. The pure passion for food that makes creating and cooking a genuine joy. A propulsive sense of imagination and adventure to turn each customer's visit into a young-at-heart thrill. Talent that's God-given, skills that have been blessed with opportunities to be sharpened for years, in the most ideal places, under many mentors. The humility to know that learning about food takes a lifetime, the collaborative spirit to want to see as many peers as possible share in success. 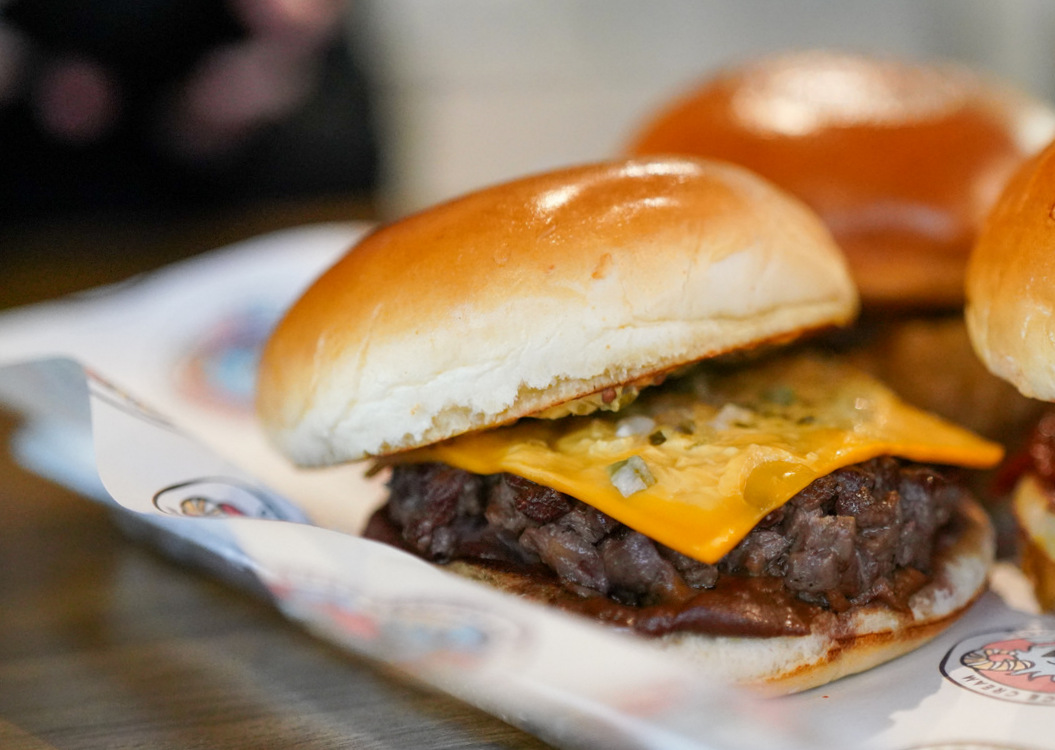 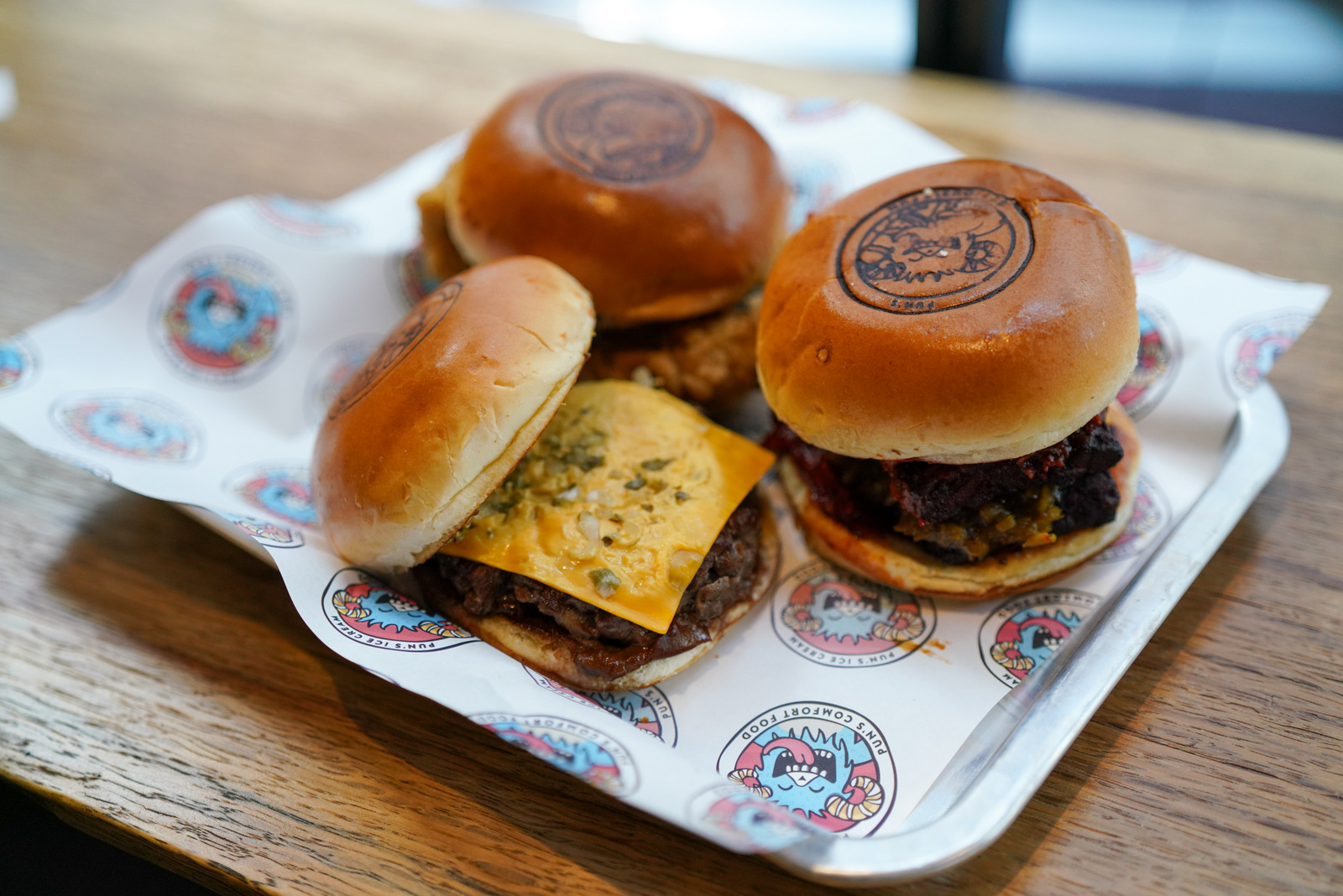 With buns branded with the imprint of Pun's fun-and-food-loving Yeti mascot, the newly introduced burgers are comfort fare whose unassuming appearance belies a big bucketful of effort.

Riffing off the basic cheeseburger, Pun's patty is shaped with hand-cut beef, yielding a texture closer to natural meat than ground beef, each mouthful rich with morsels of flesh and fat, neither too slimy nor dried out. The buns are sourced from Damansara Jaya's neighbourhood bakery-cafe Provisions, milky without milking attention away from the beef. House-brined pickles and onions are chopped up finely, spread over the cheese to diffuse a mellow tang throughout the burger. Ketchups, mustards and other sauces are crafted by the (currently) four-person kitchen, fine-tuned with age to round out Pun's burgers with beautifully calibrated nuances of flavour.

Pun's calls this the P-mash burger (RM18; add RM7 for a double-patty), a name that's meant to downplay its significance - Euwie, who heads the kitchen, might feel too paiseh to promote it to patrons. It's not a flashy, frills-filled burger, but one that reveals its subtleties slowly - the result is a revolution in its own right, with every element carefully rethought to create the most cohesive burger, jettisoning lettuce, tomatoes and anything else that's not absolutely necessary. With a burger joint in every neighbourhood, it may seem impossible to build a burger that surprises diners with its own distinctive identity, but Pun's does. 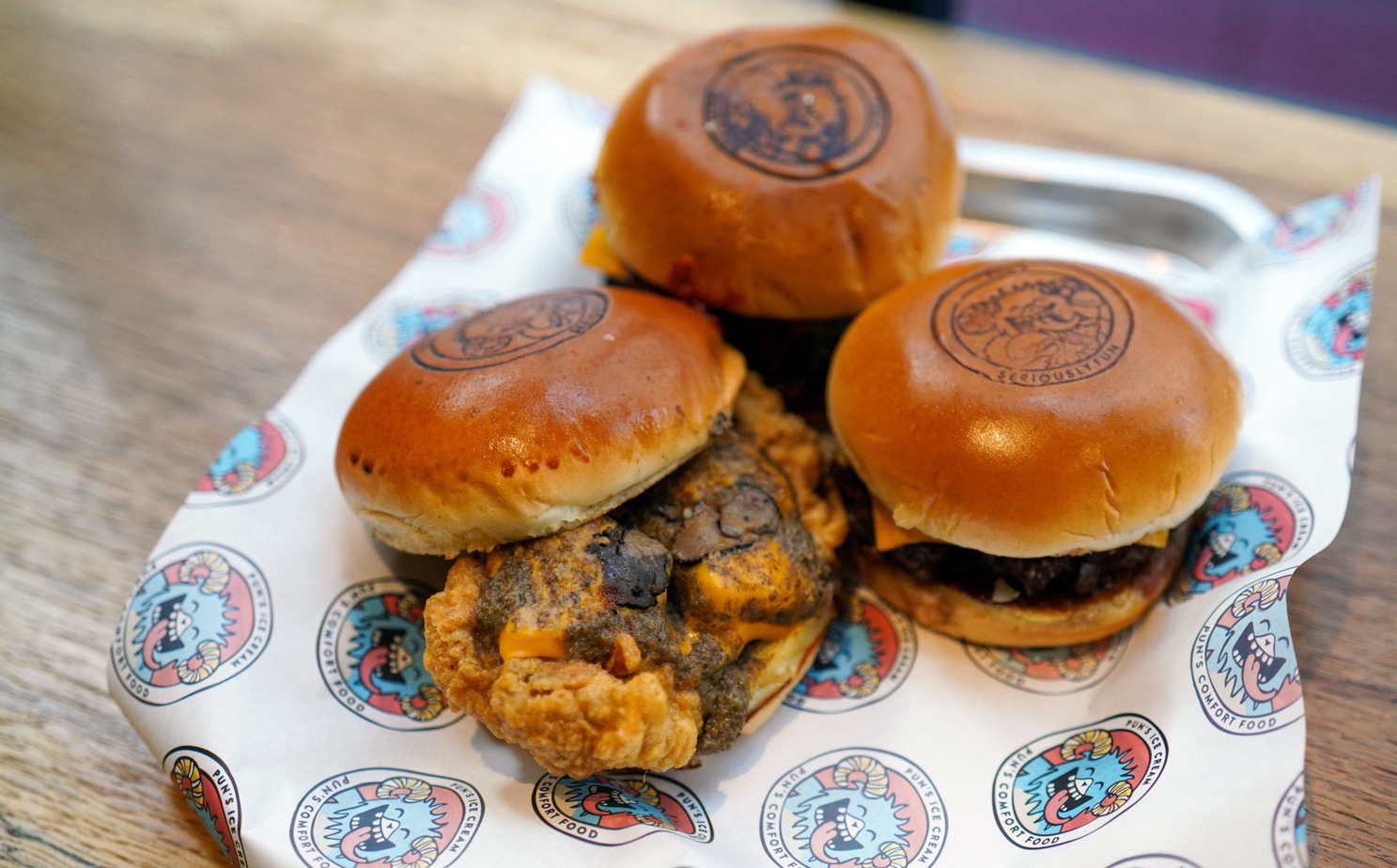 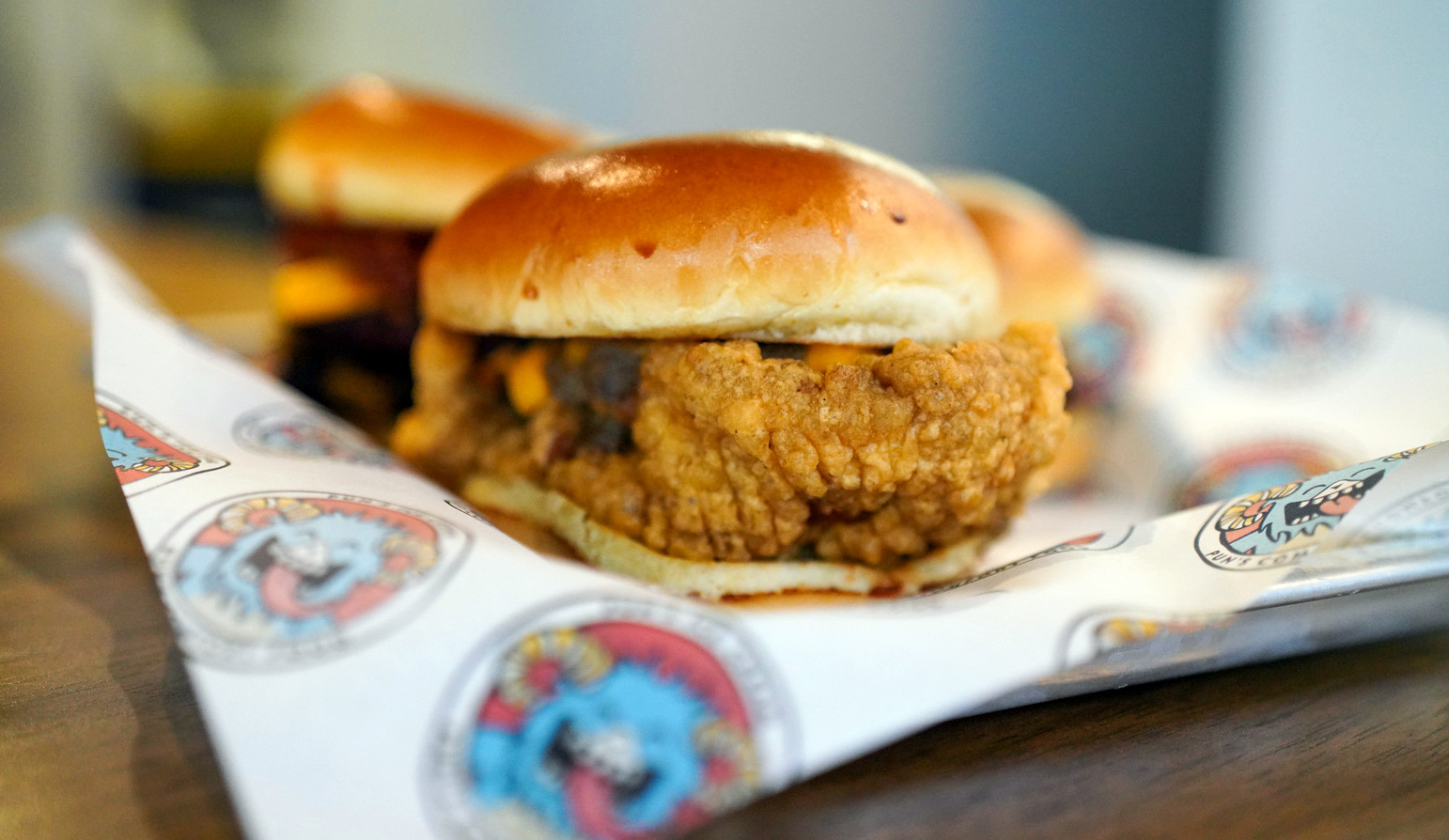 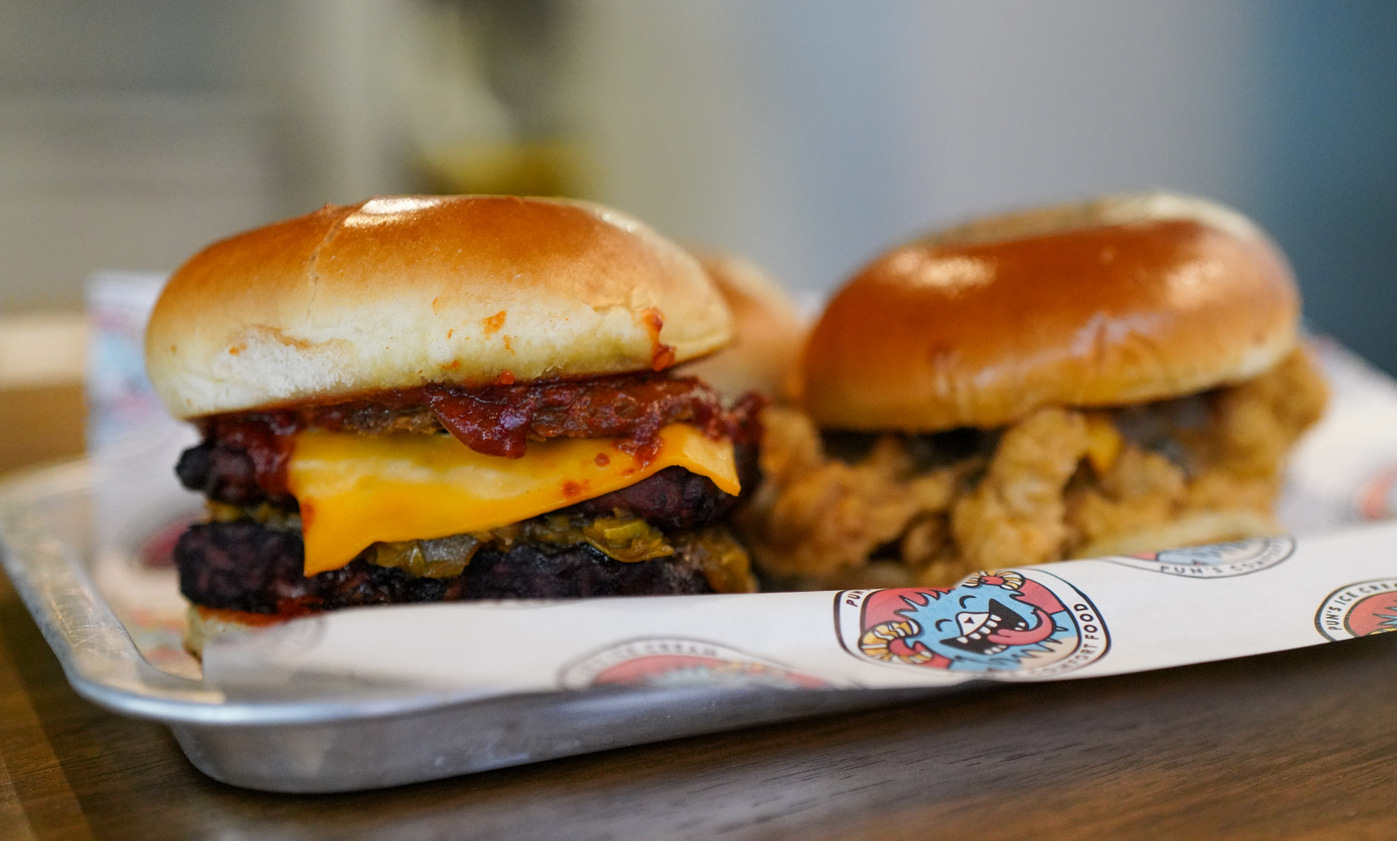 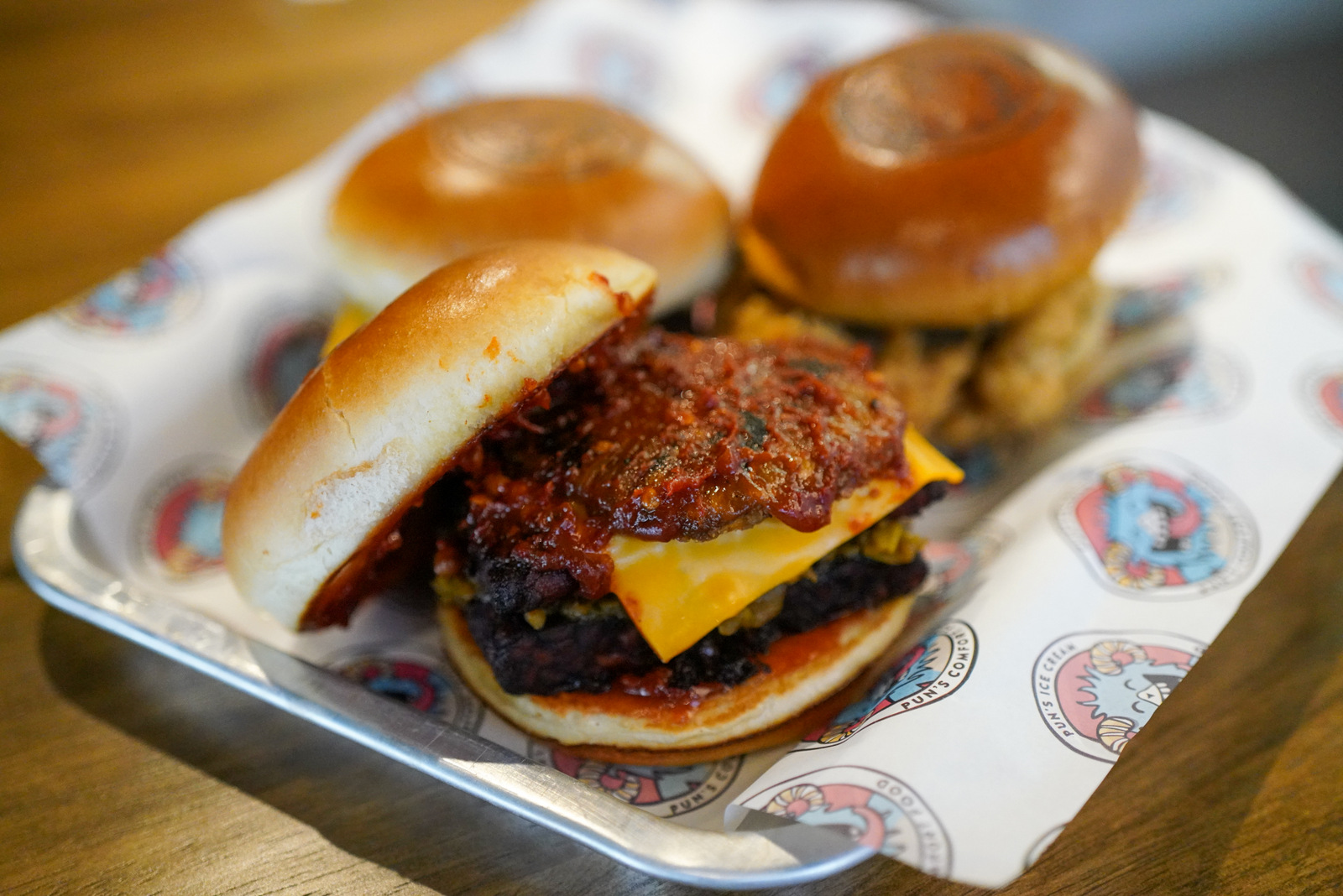 The menu features only five burgers (though the selection is expected to evolve), but burger buffs will want to try 'em all.

The OMG Burger (RM24) is Pun's take on a chicken sandwich, bursting with the smooth succulence of a hefty thigh, mildly masala-spiced. Its batter is crisp and airy, almost evoking tempura, buoyed by the unmistakable aromatics of truffles in the sauce, underscored by black truffle slices that lend their nutty-firm bite to the earthy ensemble.

Even if meat is why you eat burgers, Chek ur Tempeh-ture (RM15) is not merely for herbivores. Two thick marinated slices of tempeh promise a captivatingly creamy core, bolstered by beancurd paste and pineapple for a luscious knockout of a burger.

Two other burgers we should've also ordered are the Hot Dayum (with Pun's regular fried chicken) and the Shroom Burger (with a special mushroom patty, not your typical portobello or a mushy mess of this-is-why-we-can't-be-vegetarians fillers). 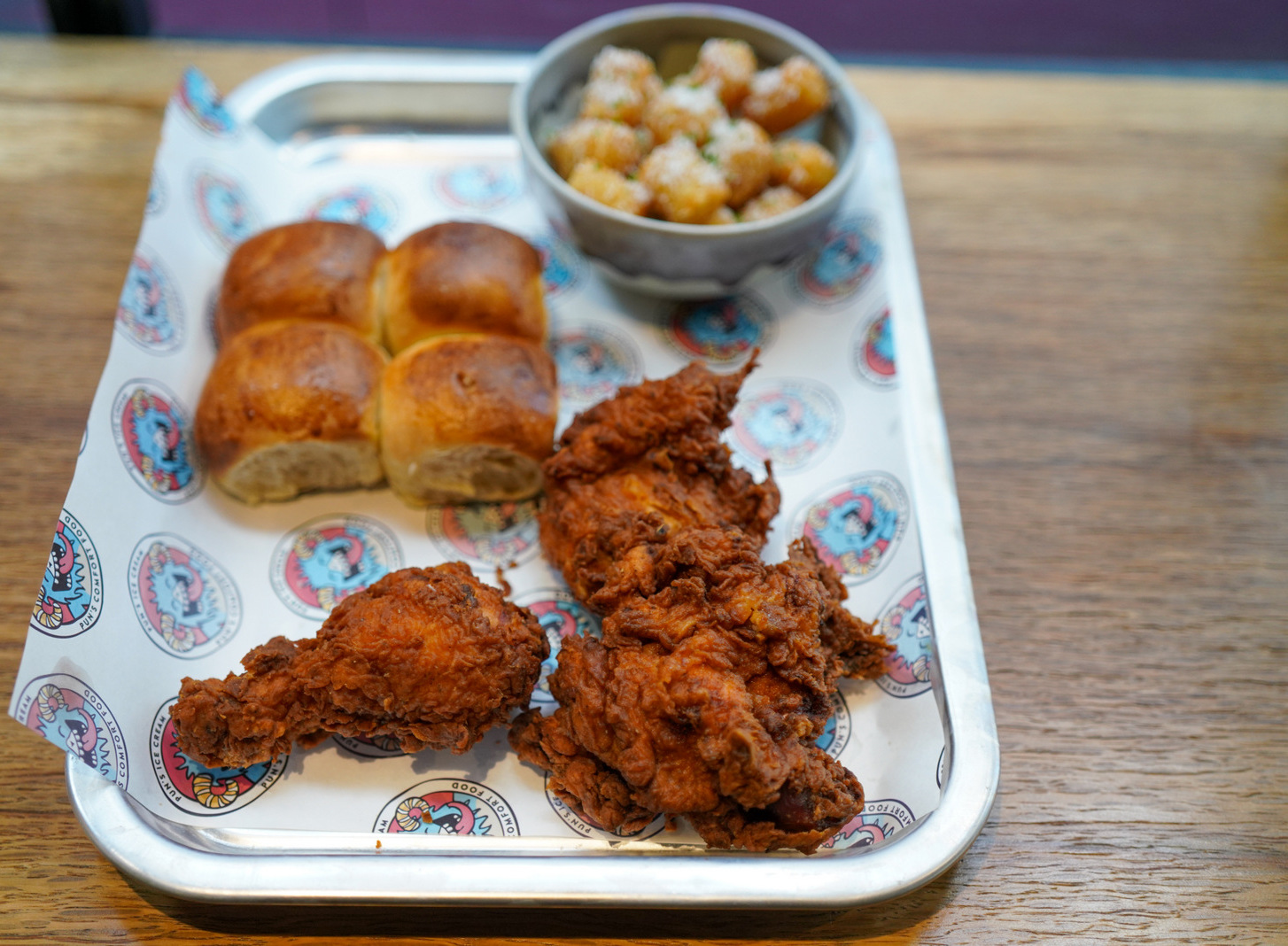 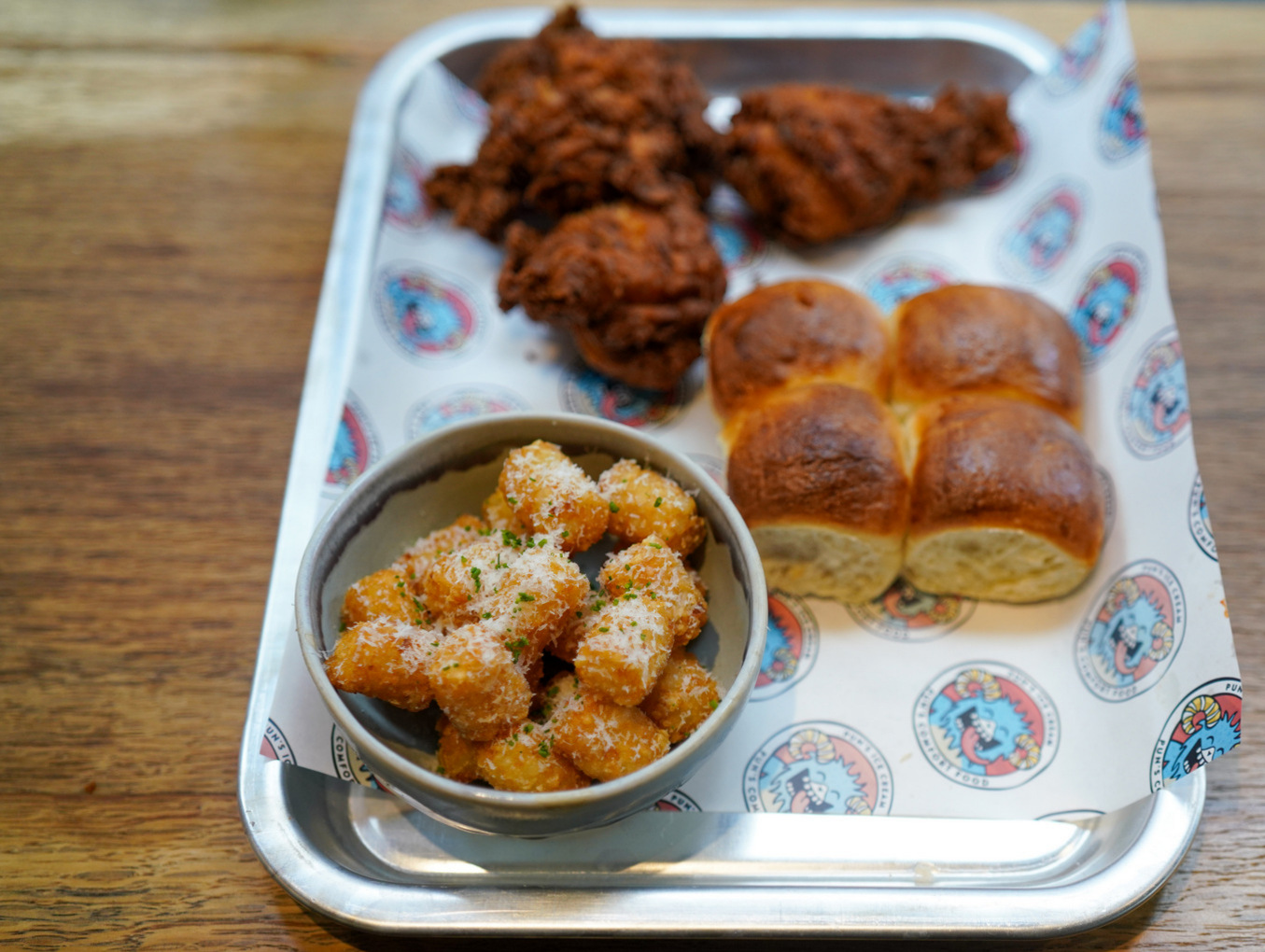 Pun's fried chicken remains available (RM18 for three pieces), though waffles have vanished for now - you won't go wrong with these, bearing a crunch of substance, with a warming depth of flavour in the batter, not cloyingly greasy at all, harbouring flesh that's not only gently juicy but tastes as clean and clear as conscientiously bred poultry should.

The restaurant had run out of corn bread when we visited, so we had Pun's Hawaiian bread (RM7) instead for our starchy side, with a pleasantly sticky-gooey chew. If you are addicted to carbs, the Truffle Tater Tots will seal your fate and hook you forever, the tastiest potatoes we've had this month, well worth widening our waistlines for (RM12). 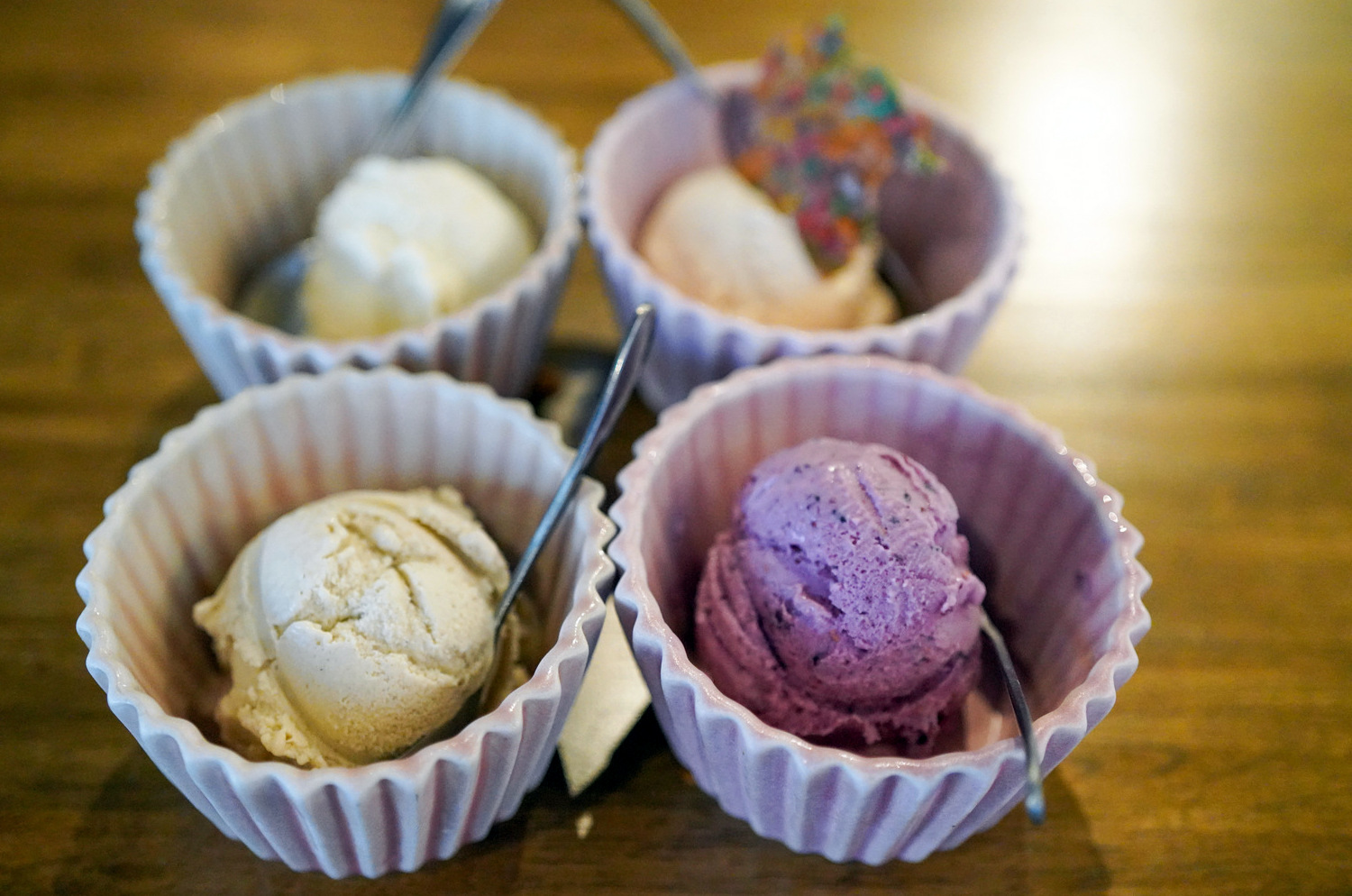 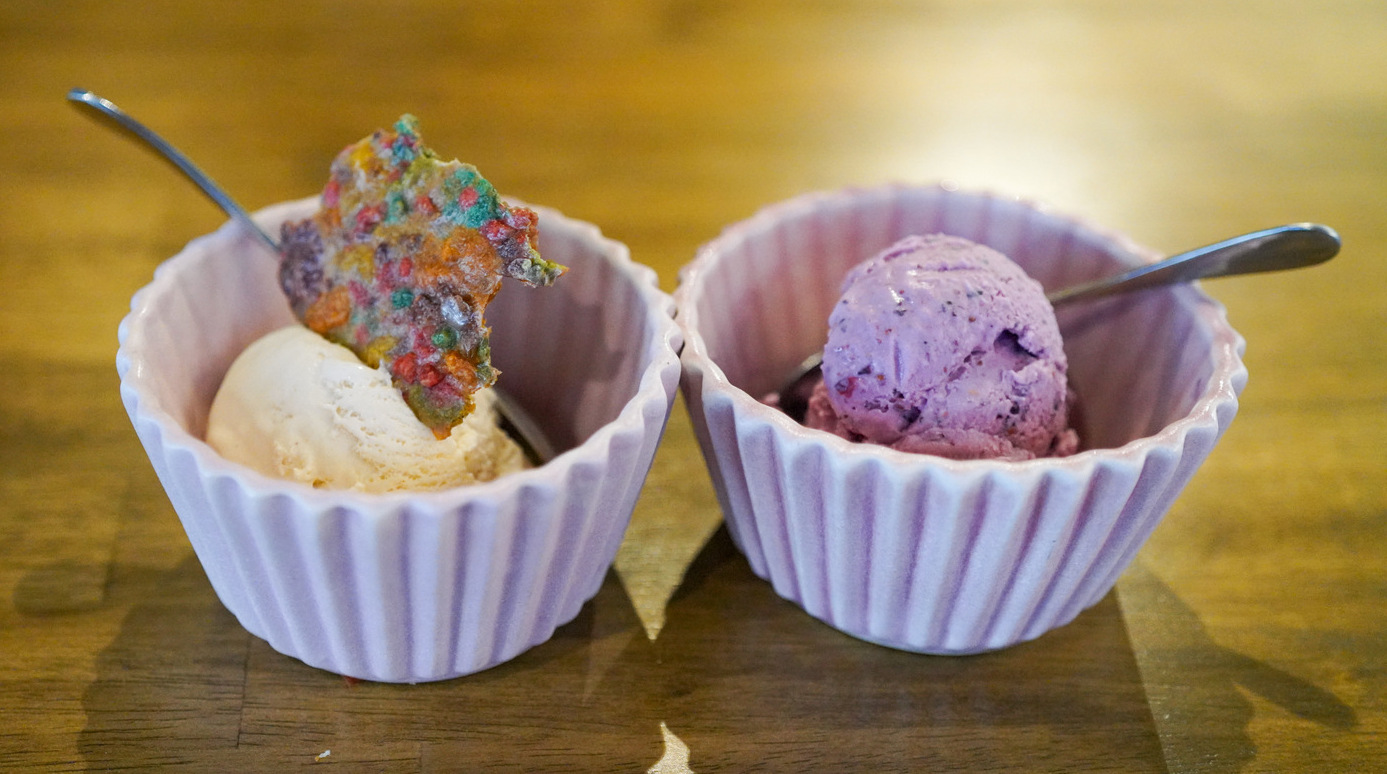 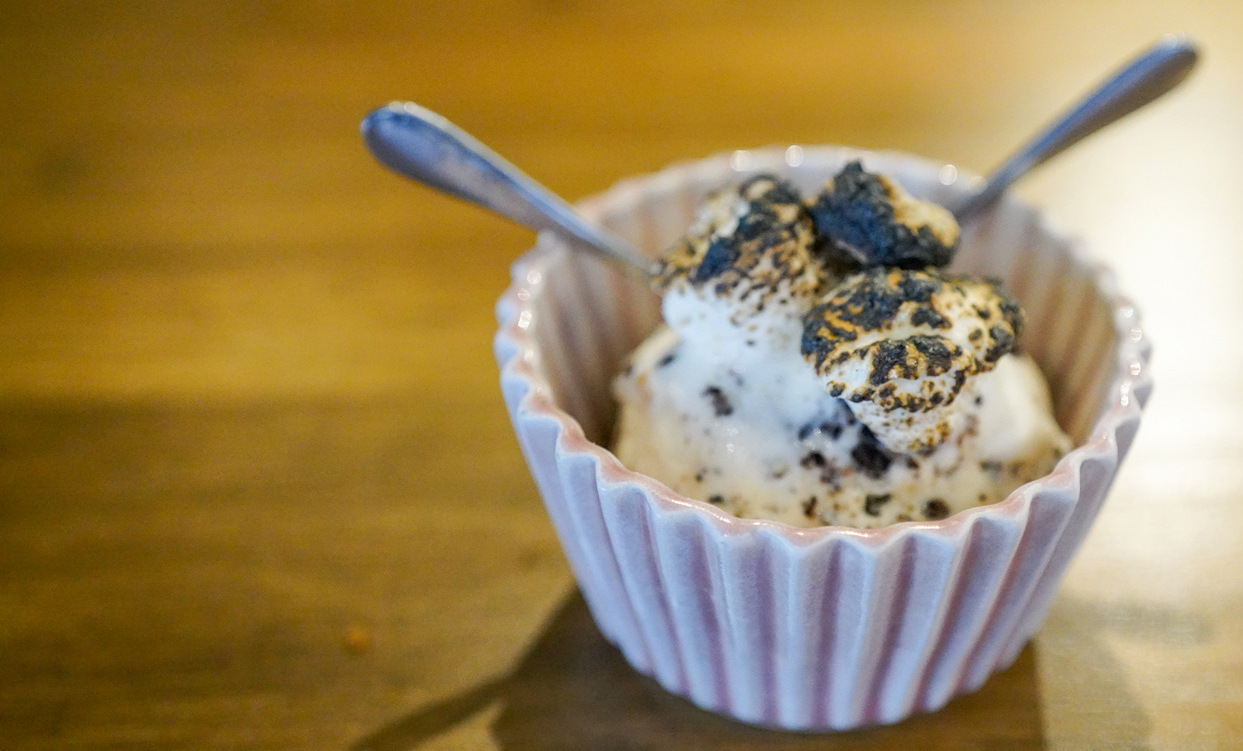 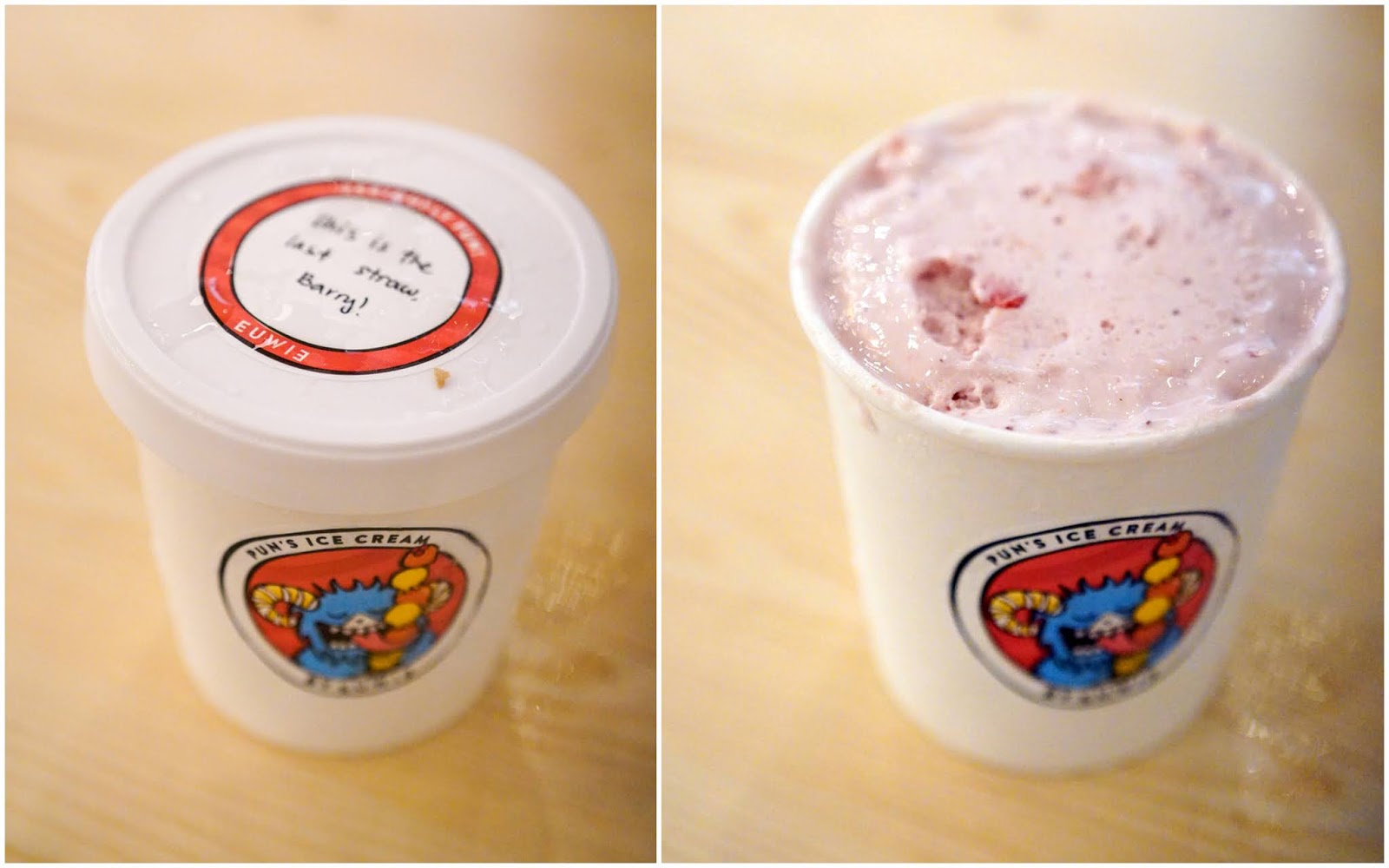 Don't leave without dessert: Pun's is the antithesis of mass-made ice cream, an alchemy instead of slow, patient labour. Each flavour tells its own story - the smoked vanilla of beans cultivated in Temerloh, the mixed berries of fermentation that forges a full-cream piquancy like yogurt, the Cereal-ously of Elaine's conversion into the cult of Trix, honouring inspirations that span culinary luminaries Christina Tosi to Matthew Orlando.

Three flavours stood out in our latest visit.

The Smoked Banana is magical - each spoonful offers early hints of pisang raja and other bananas that melt away like a mirage, substituted by a sultry smokiness that lingers through the final moments of the aftertaste, when the bananas return, faintly and fleetingly, nearly as elusive as a dream you're just waking up from.

We could revisit the campfire-loving S'mores for the rest of our lives - dressed with Graham crackers and dark chocolate drizzles, elevated with freshly torched marshmallows that ring in a toasty bruleed burn to a gorgeous, generations-bridging concoction.

If it's available, ask for the Rambutan Mangosteen, two of our favourite tropical fruits brought together with zest and zing. 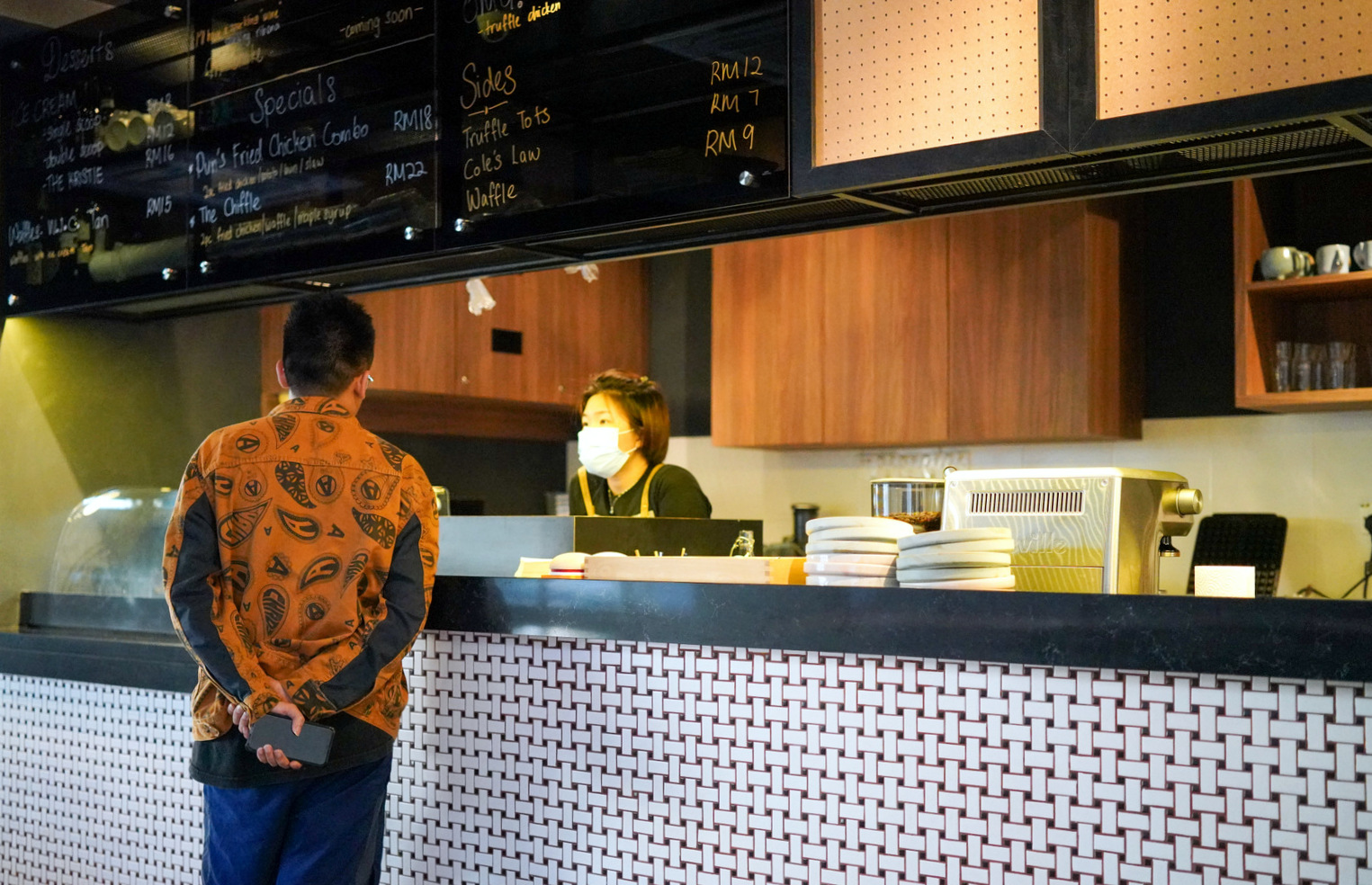 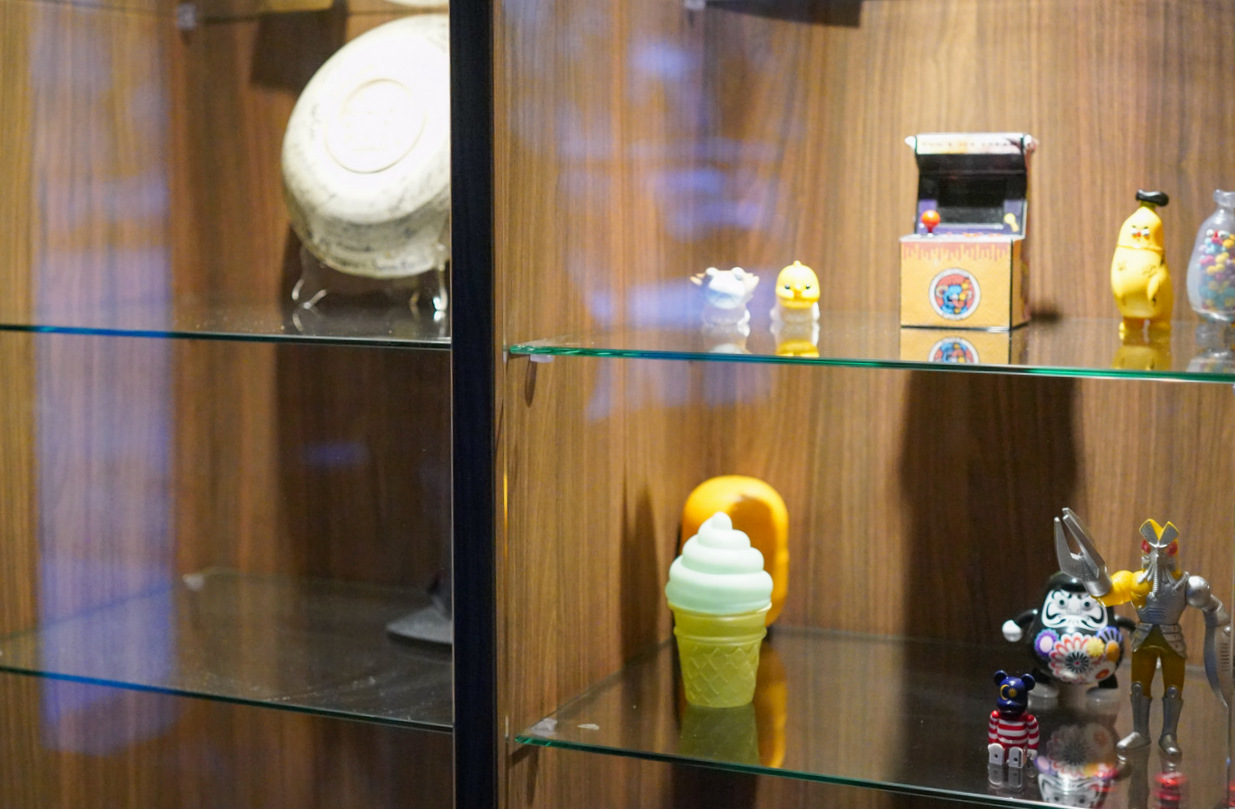 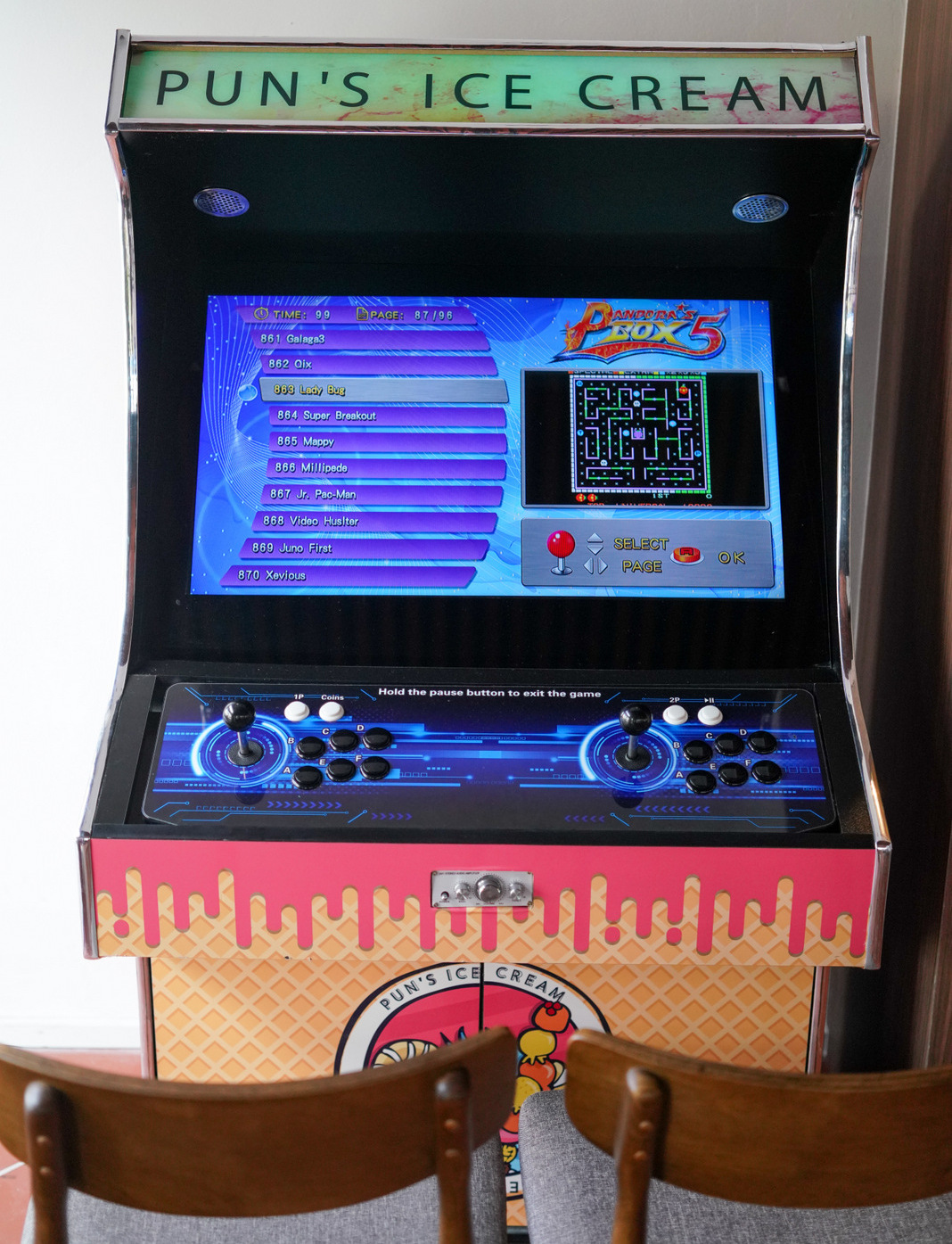 What excites us here is the future, drumming up optimism in distressing times.

When you step into Pun's now, the place is plain by design, a canvas meant to be filled with memories in the months and years to come. A showcase is more than three-quarters empty, currently speckled with lovers-in-crime Euwie and Elaine's small loot of personal keepsakes.

The walls are even barer, but in time, they'll be filled with illustrations that commemorate Pun's collaborations. The founders aren't simply paying lip service to the ideals of being stronger together or extending their alliance exclusively to their cliques. You'll find the work of numerous others enthusiastically championed here, from local restaurants like Provisions and Ember to independent producers Cultiveat and Milky Whey.

Pun's also hopes to be a playground where its young culinary brigade can form their identities and find encouragement to innovate. That should become evident when Pun's opens for dinner in the second half of this year, serving a more formal repertoire than its casual daytime delights. Expect multi-course meals that meld a medley of perspectives and philosophies, echoing everything from the zero-waste movement to Nordic noir.

Purpose permeates nearly every corner of this space, from the height of the ice cream counter that a five-year-old can peer over and eventually view more easily as he or she grows up, to a kitchen that patrons might not only peek into but step past the pass. For customers who cherish character, individual idiosyncrasies abound, from the scribbling on a menu board to a playlist that breezes from Blackstreet to Beethoven, reflecting the founders' tastes as they cook and listen to what they love. 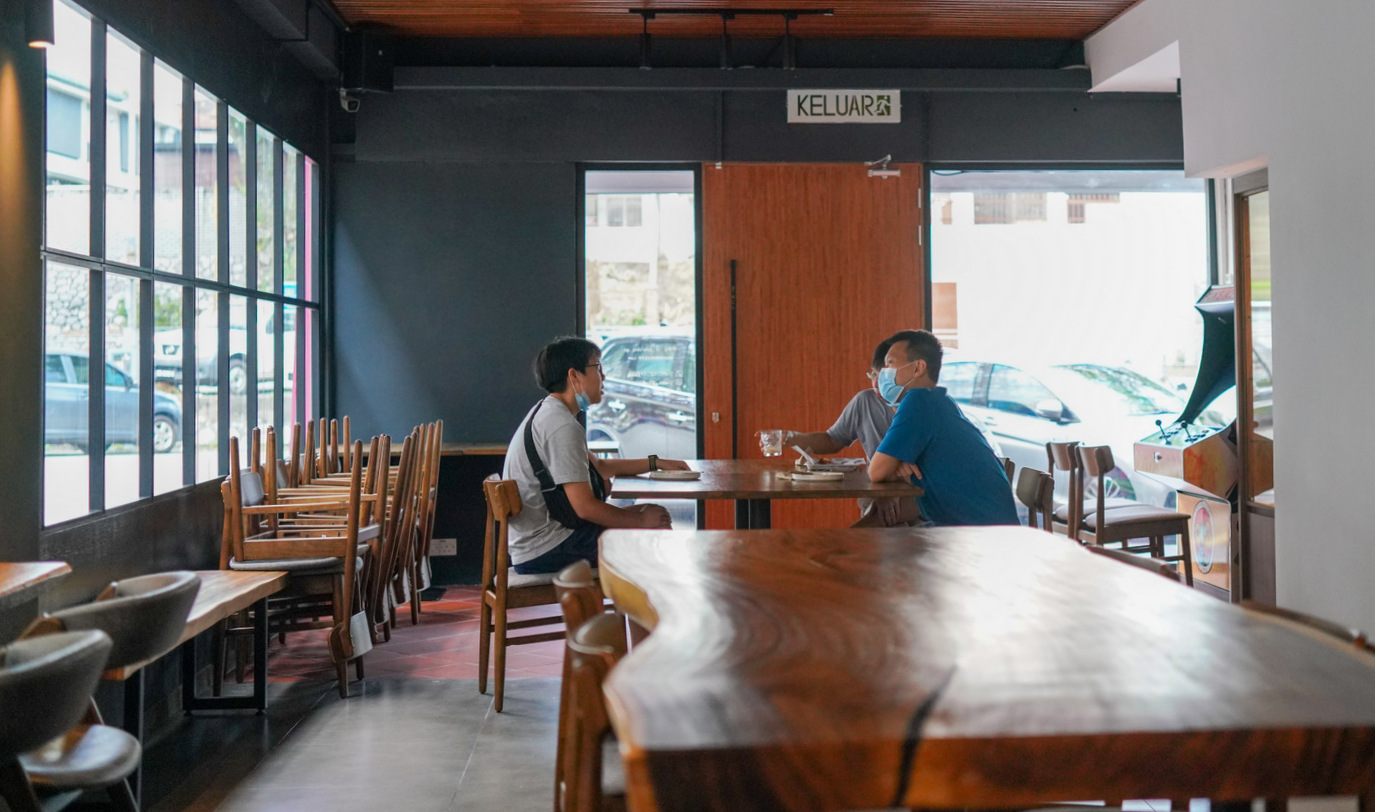 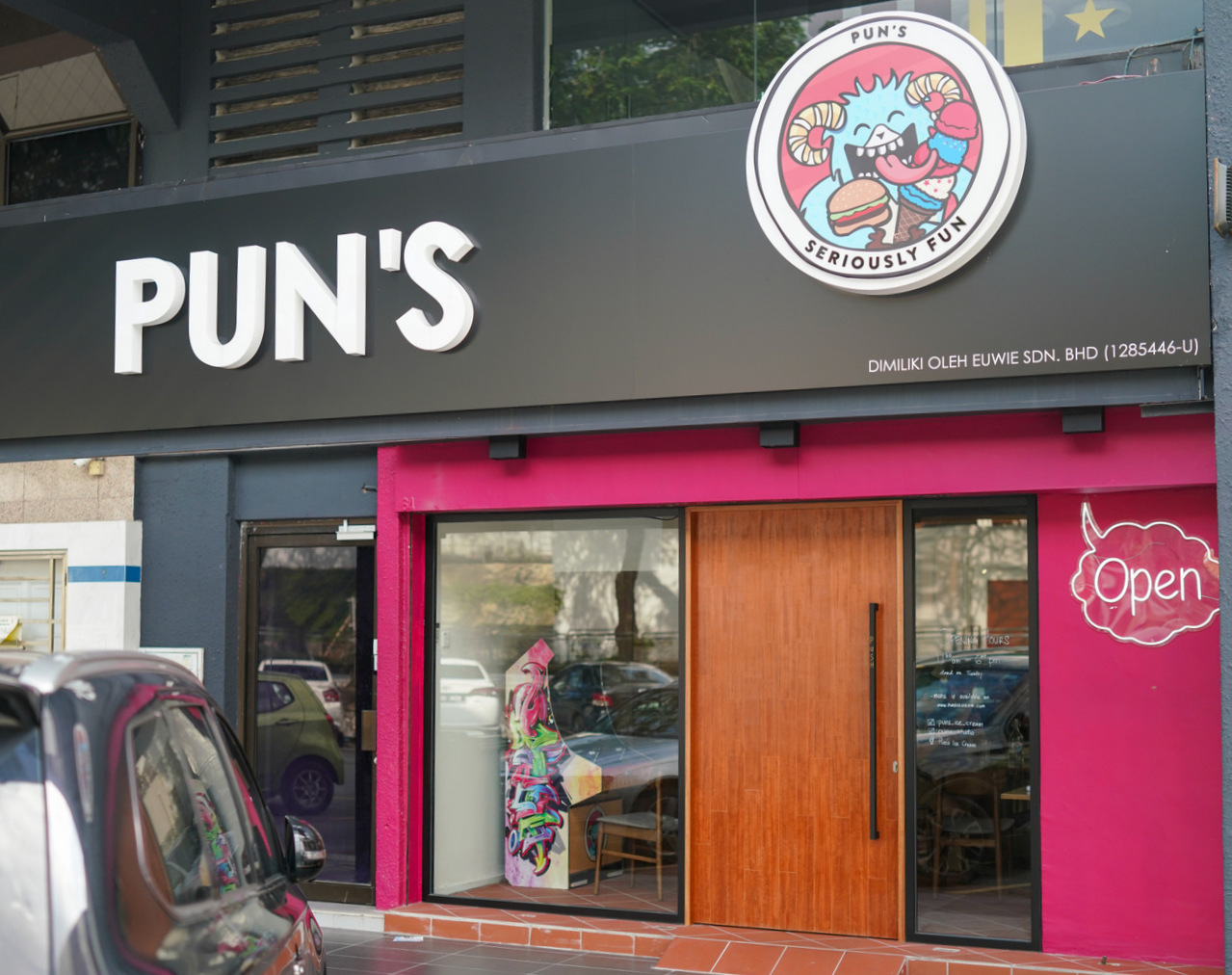 Tel: 018-913-1818 (pre-orders for hot fare are recommended as seating and servings are limited for social distancing) 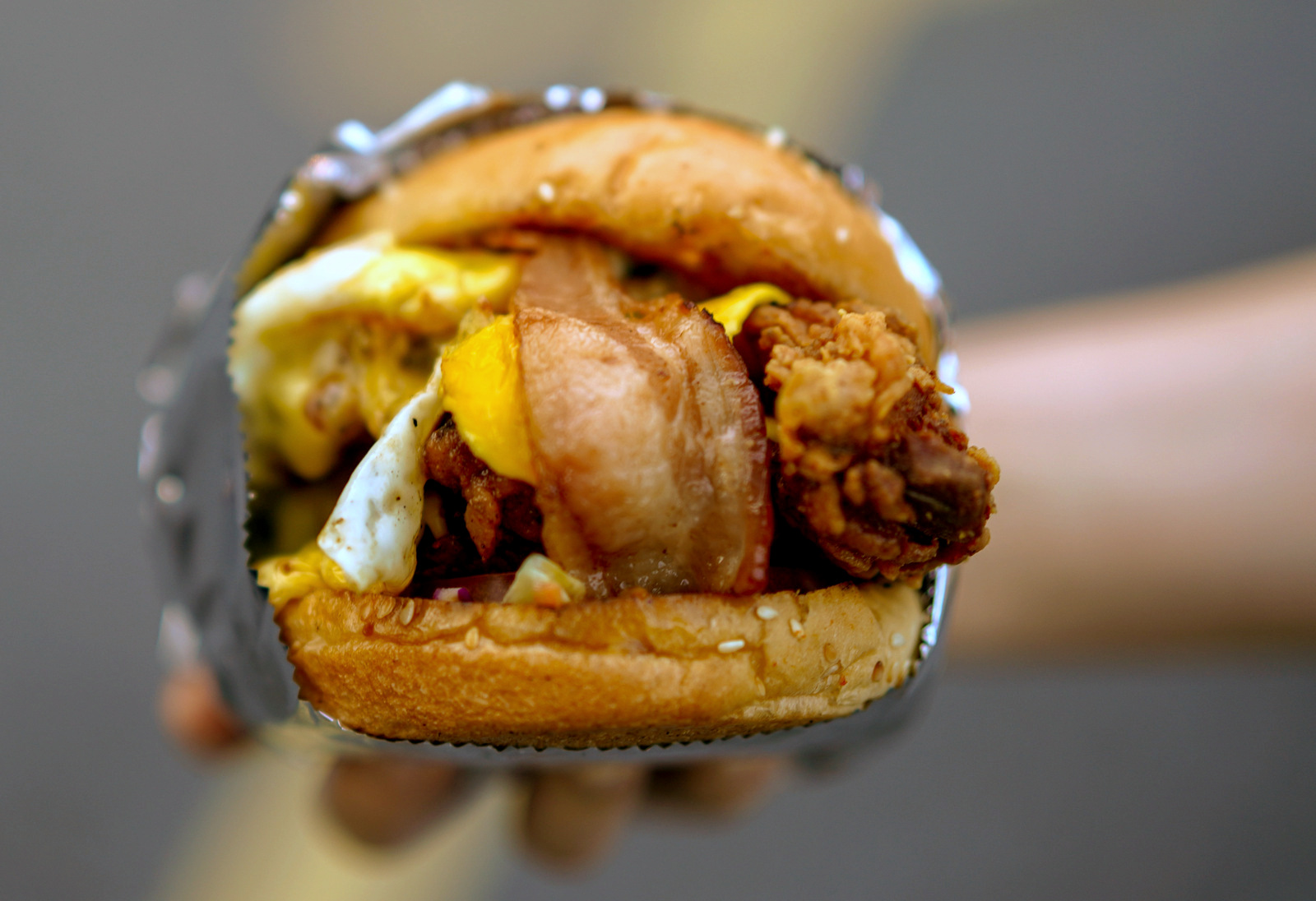 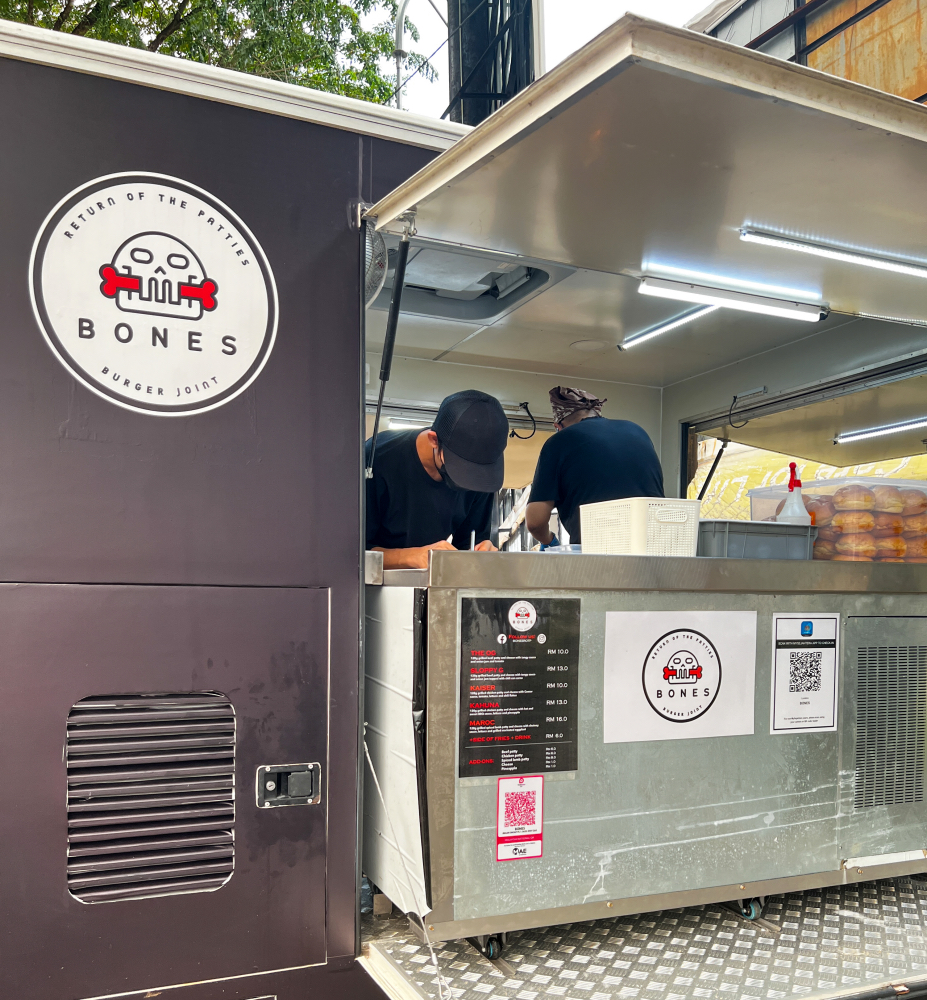