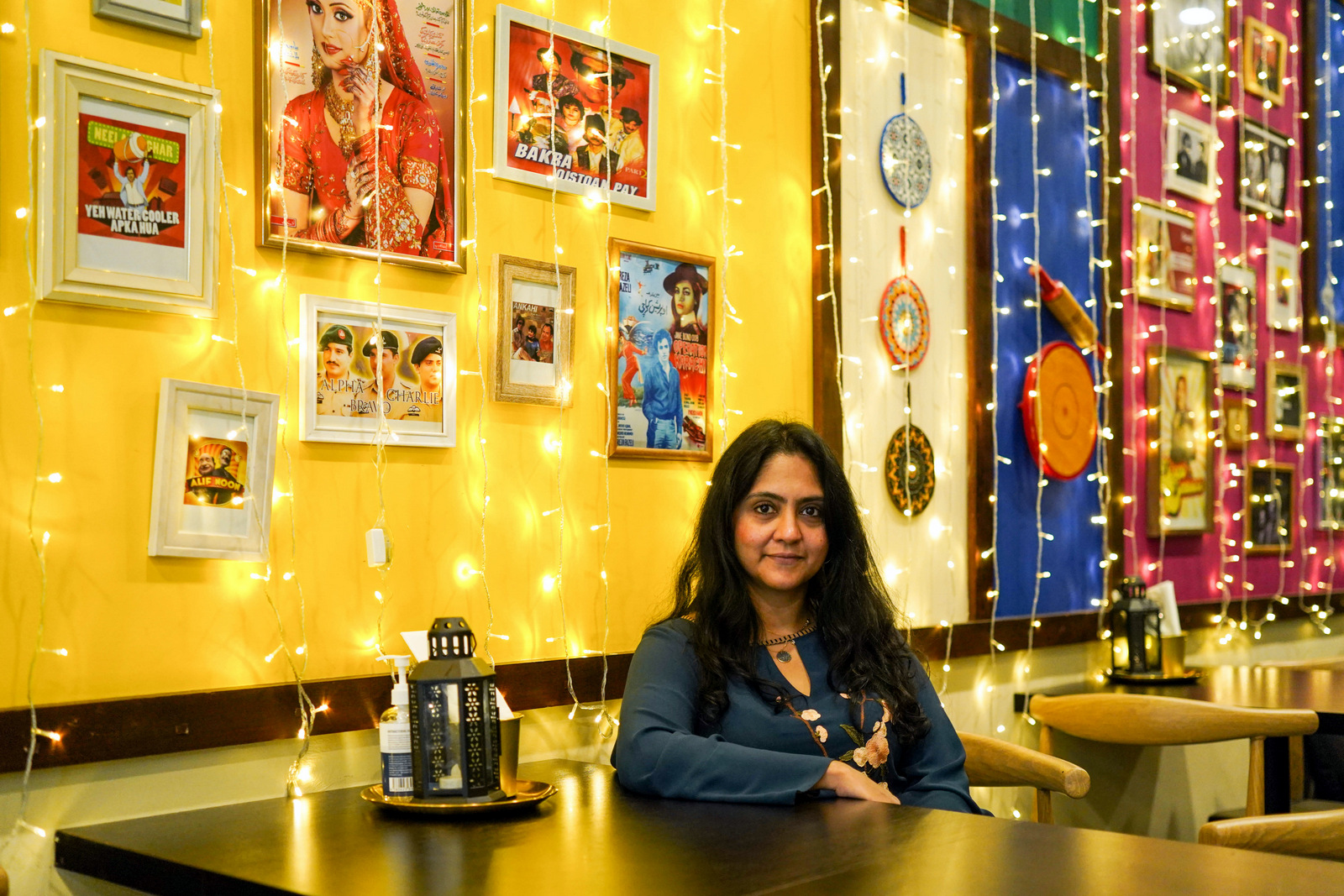 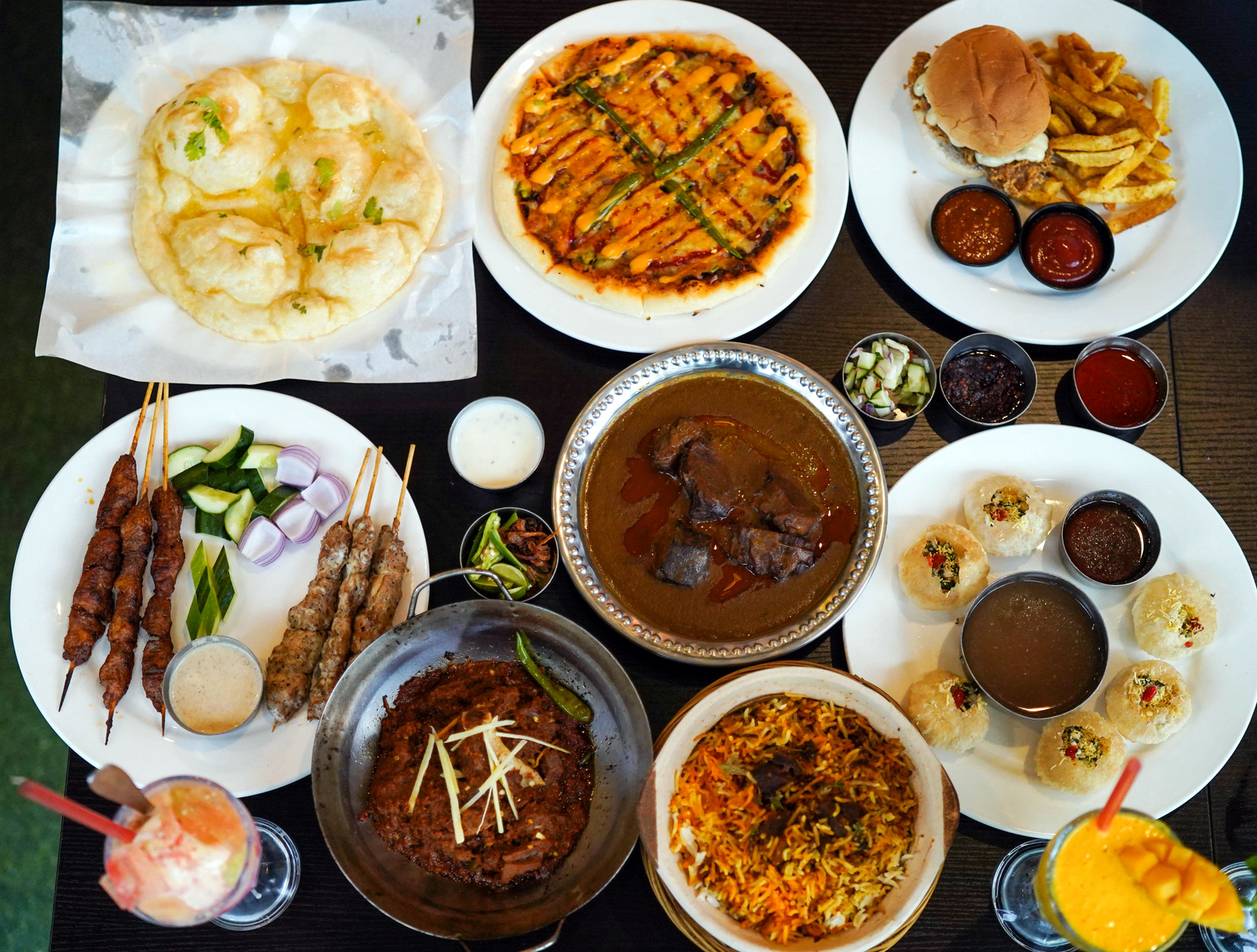 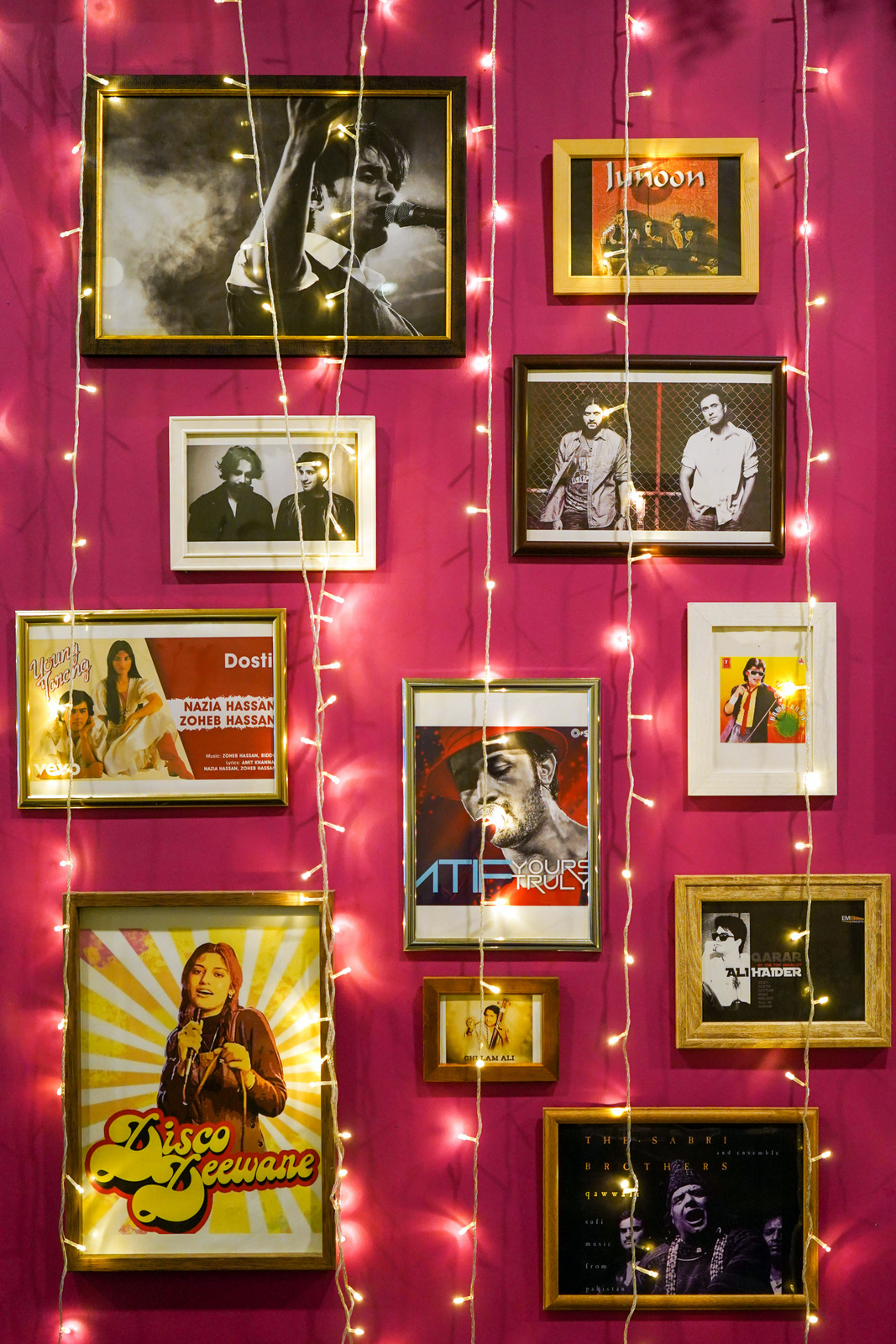 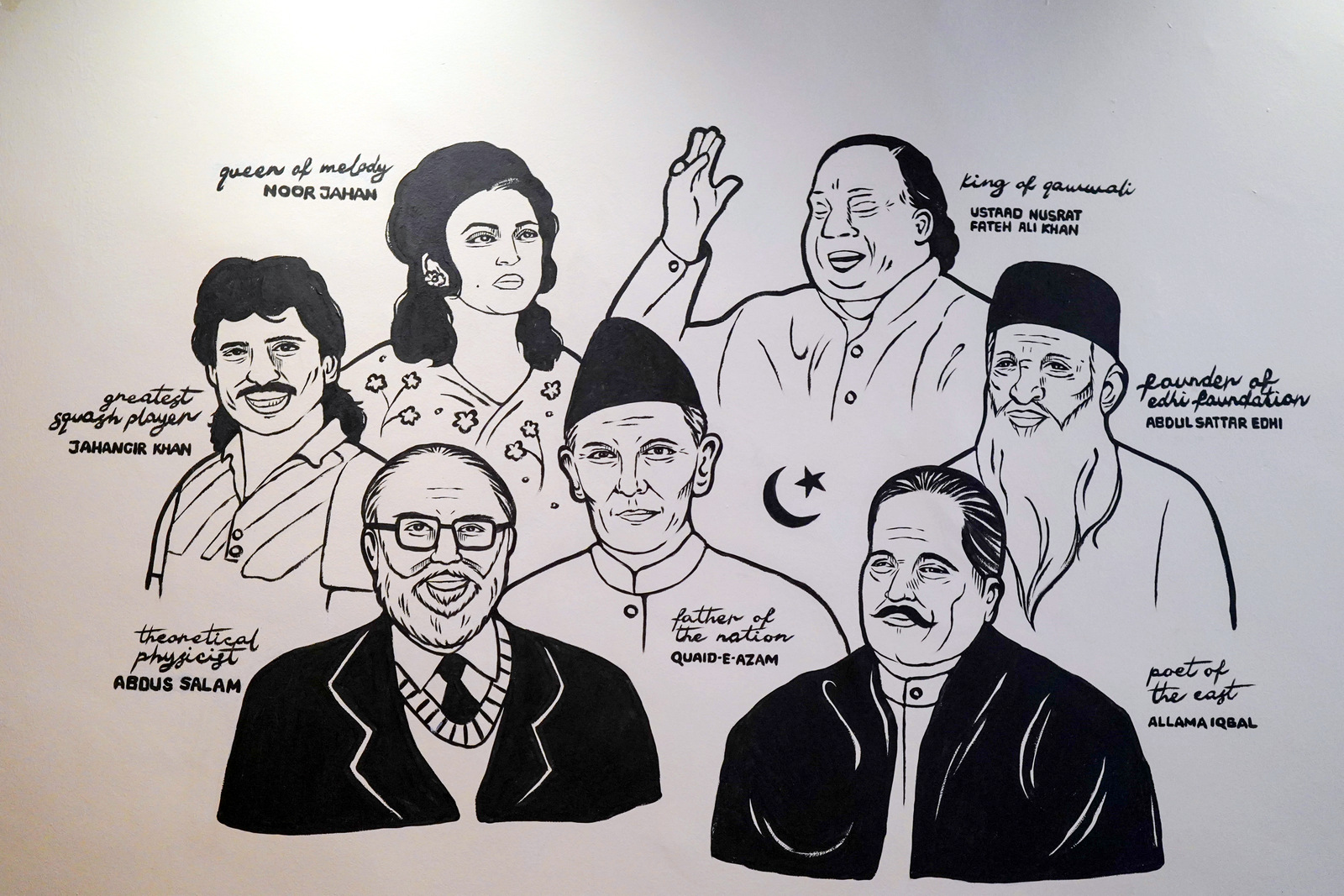 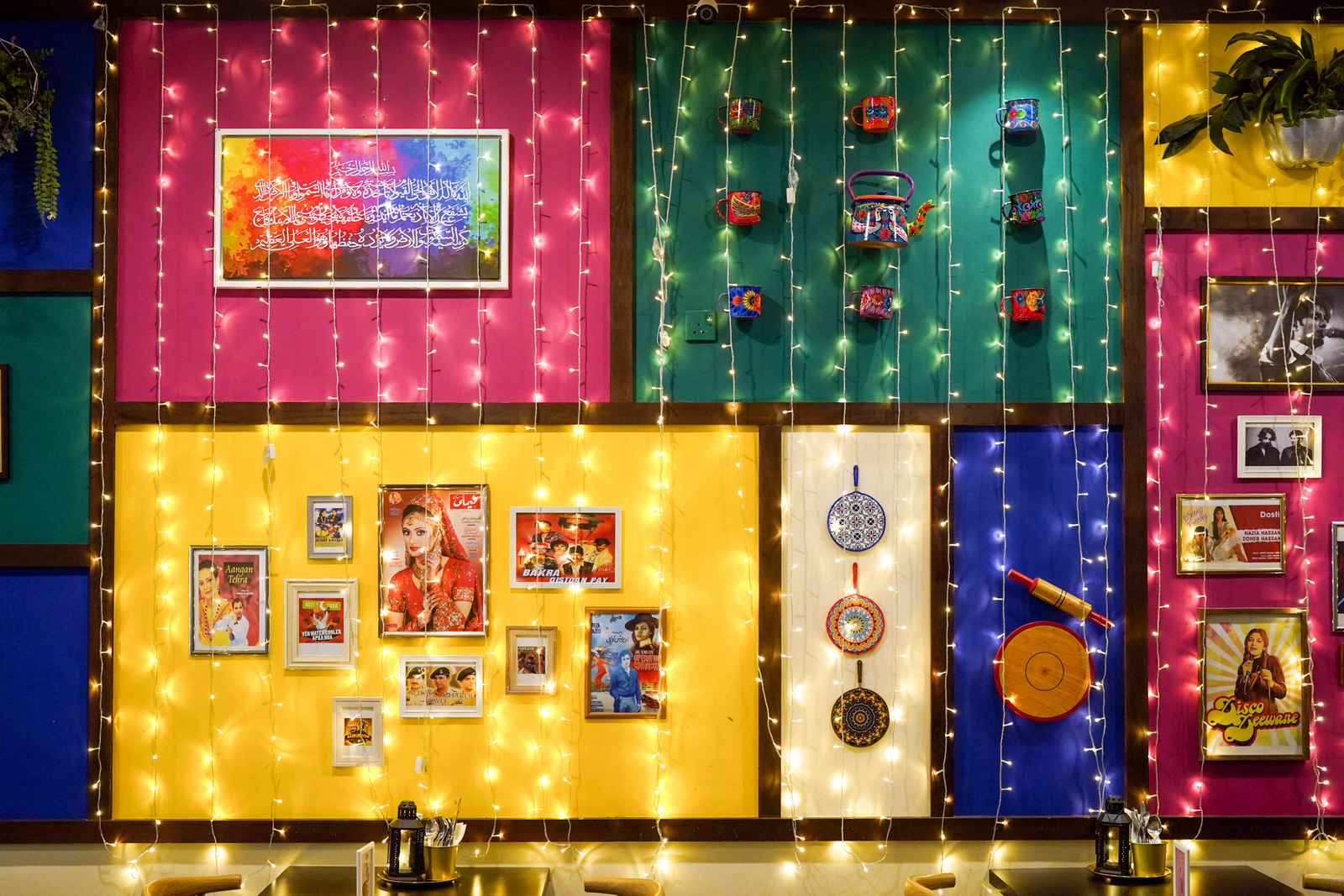 Stepping into Najia's Pakistani Tawa & Grill is like being instantly immersed in Pakistani culture and cuisine.
Pop culture posters line one wall, portraying iconic entertainers like South Asia's late Queen of Pop, Nazia Hassan. A striking mural showcases globally renowned Pakistani personalities, from Nobel-winning physicist Abdus Salam to the former squash World No. 1 Jahangir Khan, Pakistan's Father of the Nation Muhammad Ali Jinnah to the qawwali music legend Nusrat Fateh Ali Khan.
We meet Najia, the founder of her eponymous eatery, under a tableau of colourfully painted miniature rickshaws, representing the historical mode of transport in her birthplace of Karachi, Pakistan's largest city. Najia moved to Malaysia four years ago from Dubai, and this restaurant is her homage to a cuisine that will feel both familiar but distinctly different to many Malaysians.
Najia's could be KL's ideal introduction to the intricacies of Pakistan's cookbook, which bears close similarities to North Indian fare - modern Pakistan, after all, emerged seven decades ago out of the Partition of India in 1947, and major cities like Pakistan's Lahore and India's Amritsar are barely 50 kilometres from each other.
But Pakistan's cuisine has its own identity, which Najia's provides a crash course for. With relatively fewer flights linking Malaysia and Pakistan even in typical times, coupled with Pakistan's stricter visa rules, Najia's is well worth visiting for the opportunity to broaden our horizons of South Asian food. 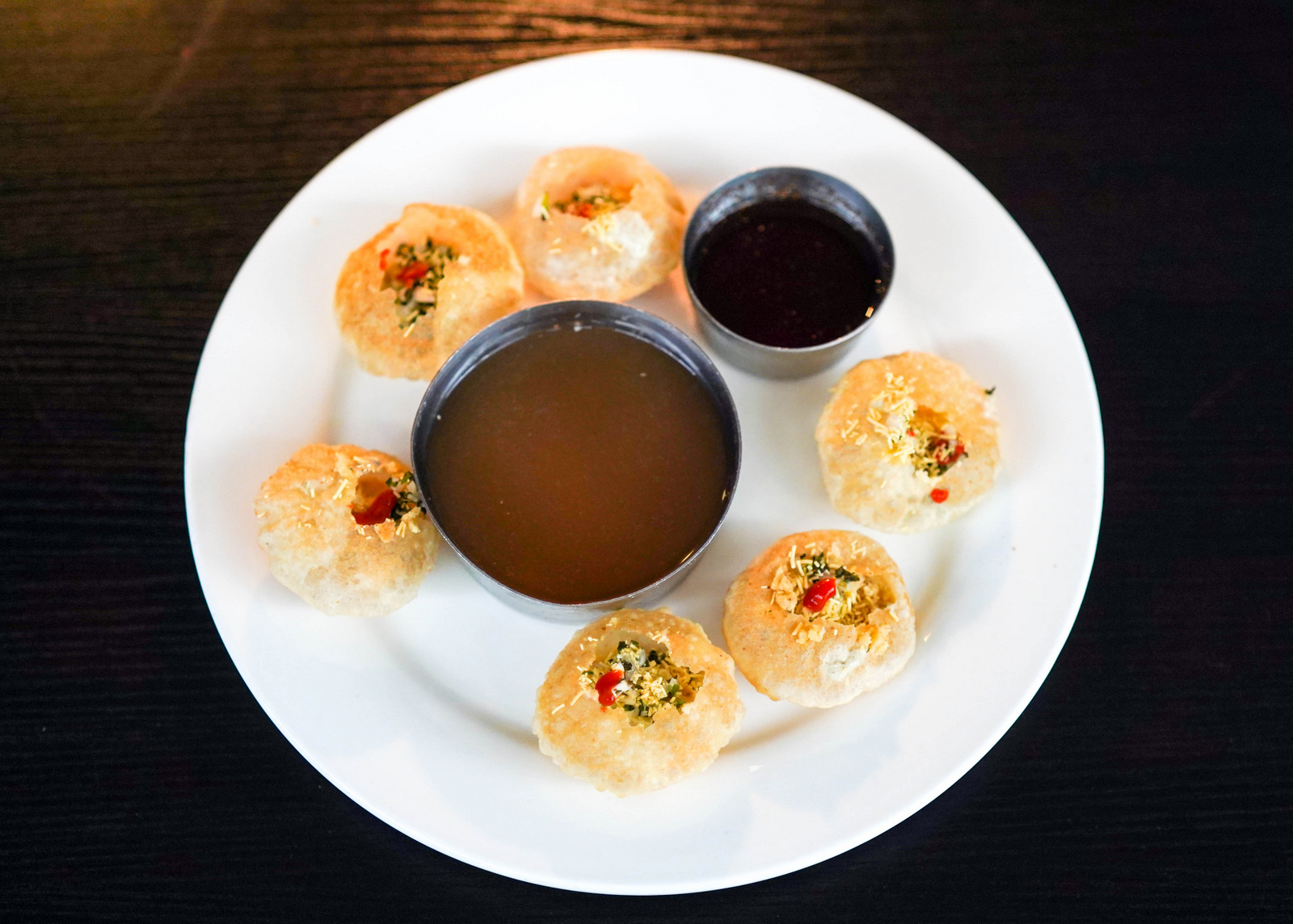 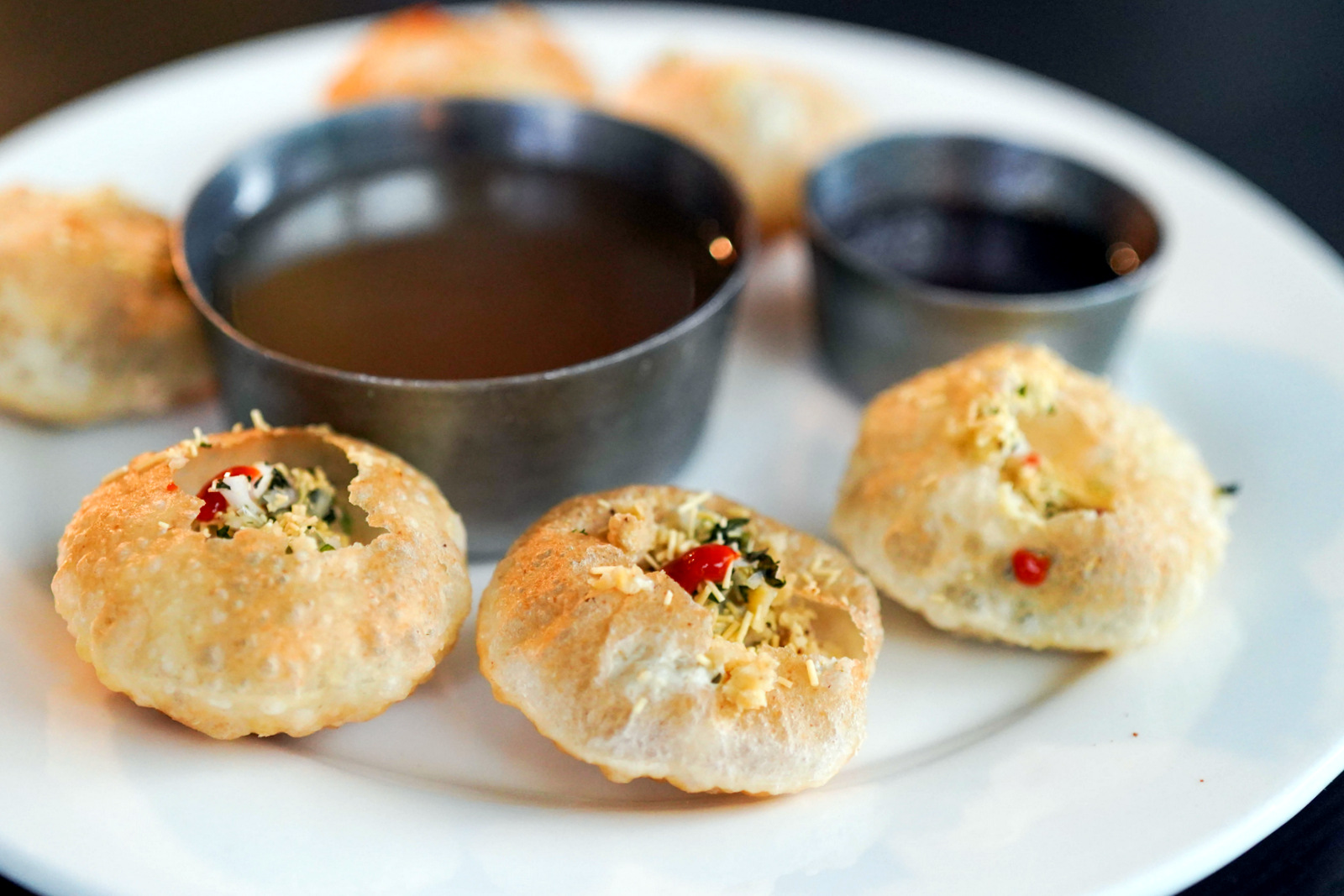 Authenticity is key to Najia's character.
With a head chef and kitchen crew largely from Karachi, Najia spent six months calibrating her restaurant's repertoire before opening, painstakingly sourcing spices and other produce from KL and abroad, seeking the elusive nuances that mark Pakistan's food.
Cinnamon needed to be more peppery and less sweet, cumin was meant to be more earthily fragrant - a contrast from conventional types available in Malaysia.
Aromatic wafts and alluring bursts of vibrant flavour should be apparent from the first bite of Najia's delicacies like classic Pani Puri (RM10), the street snack that's made fresh everyday here - hollow deep-fried flatbread, thin and crisp, filled with a chaat masala vegetarian mix, complemented by savoury-sour tamarind water to invigorate the palate. The perfect-for-nibbling starter to share. 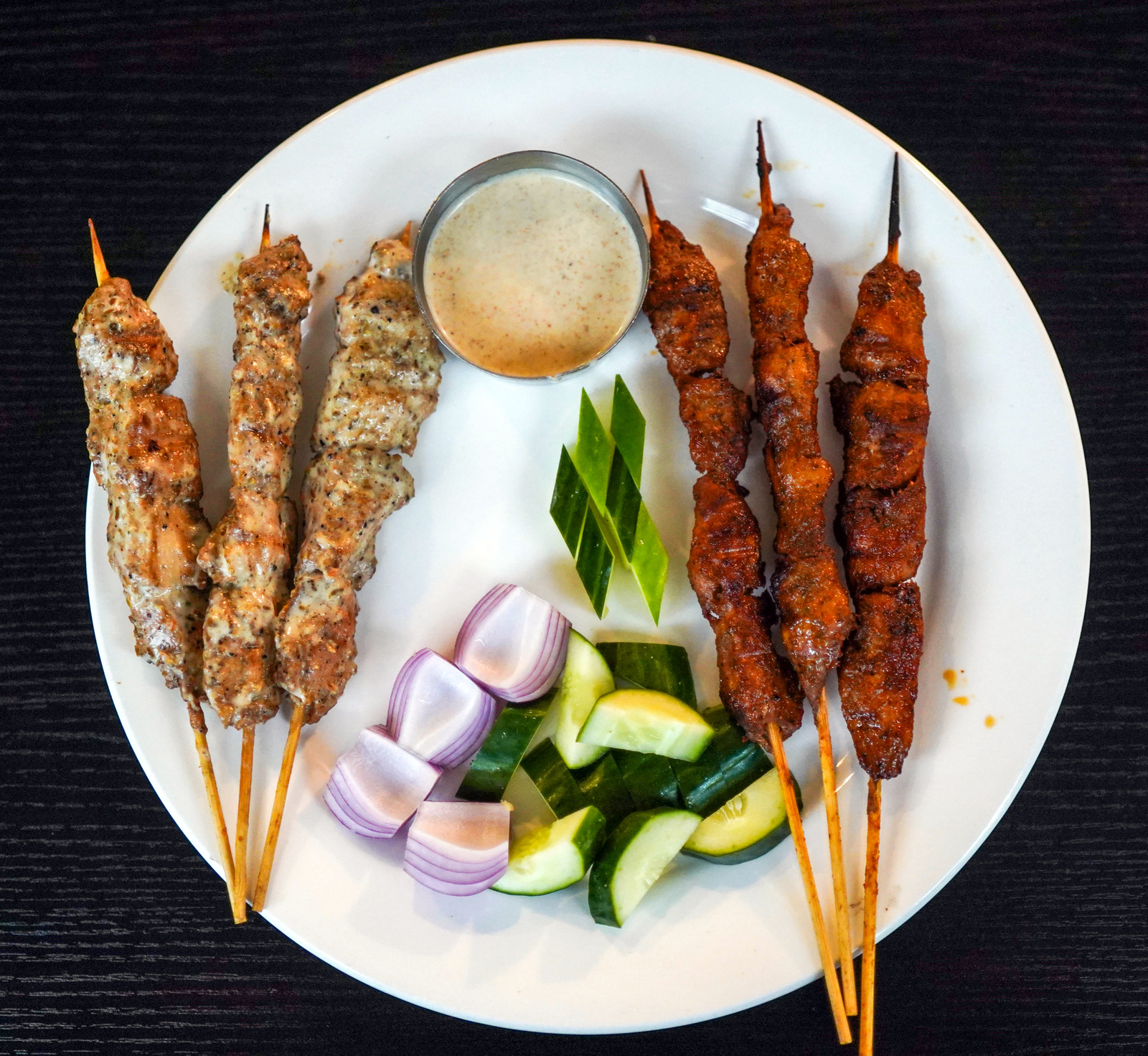 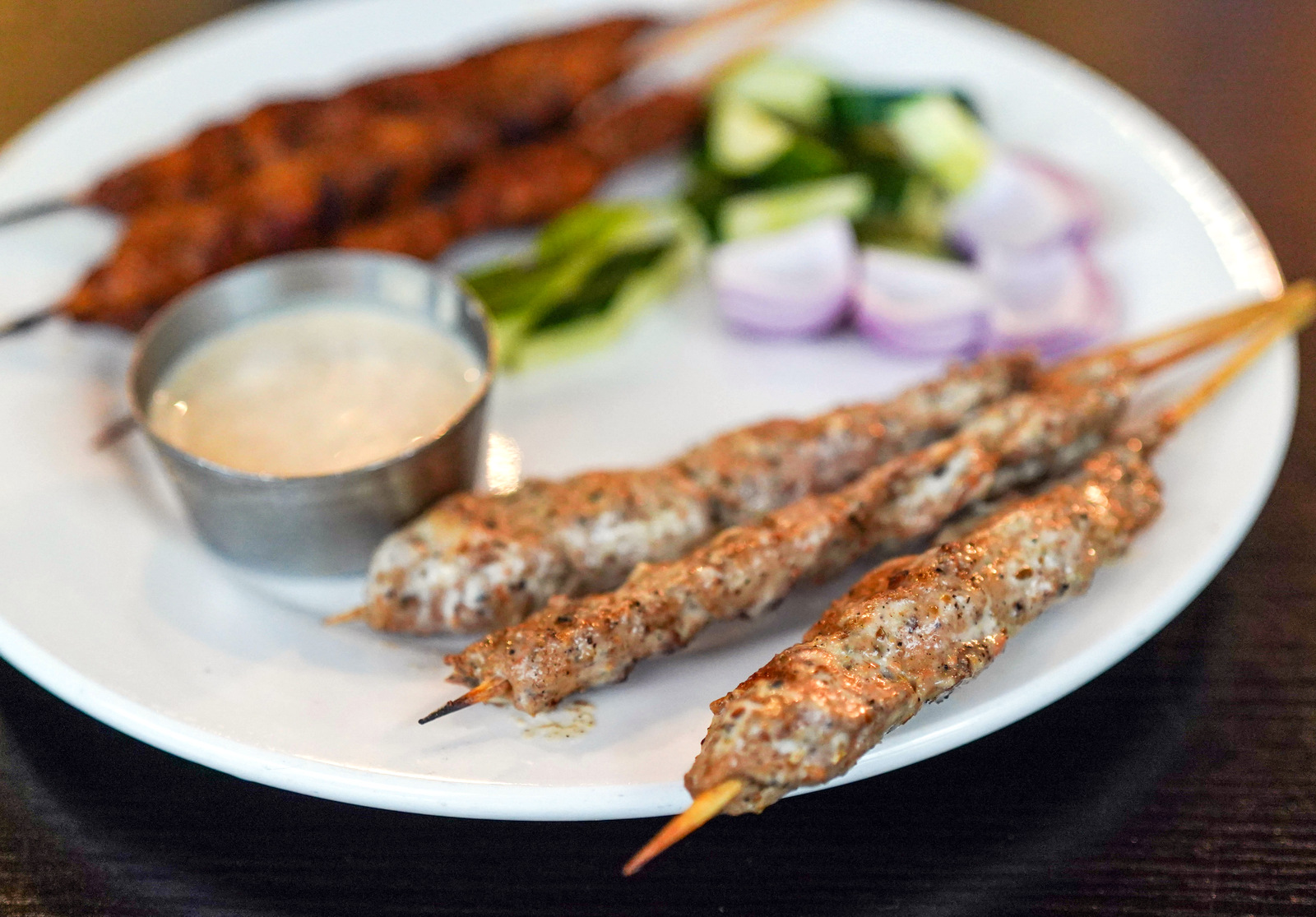 Behind the scenes, meticulous efforts ensure each plate yields a genuine taste of Pakistan.

The kitchen grinds its own spices, slices its own meat, bakes its own bread and blends its own condiments - this isn't fast food, but the slightly longer wait merits the results, with food that's truly fresh from stove to table, promising made-from-scratch perseverance.

Najia's skewers prove moist and meaty, a far cry from tough, dry renditions from too many tandoors.

Sink your teeth into gorgeously grilled grub like the Chicken Malai Boti, robustly marinated in yogurt and cream (RM28 for two large skewers), the spicier Chicken Shola Boti (RM28 for six skewers), and the Bihari Boti, juicy kababs in a choice of chicken (RM25) or beef (RM28). If you're mainly accustomed to Middle Eastern kababs, these are a richly perfumed revelation. 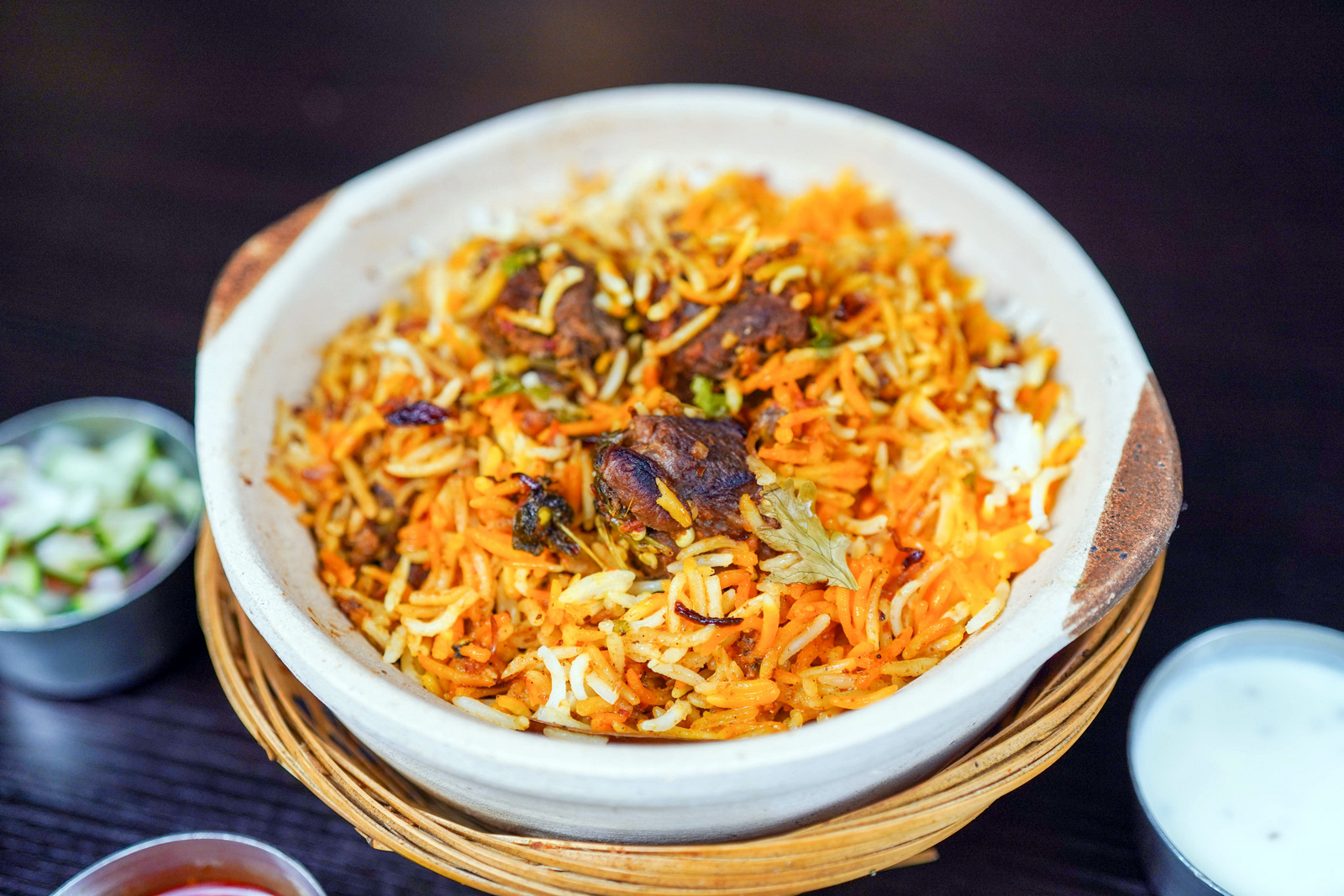 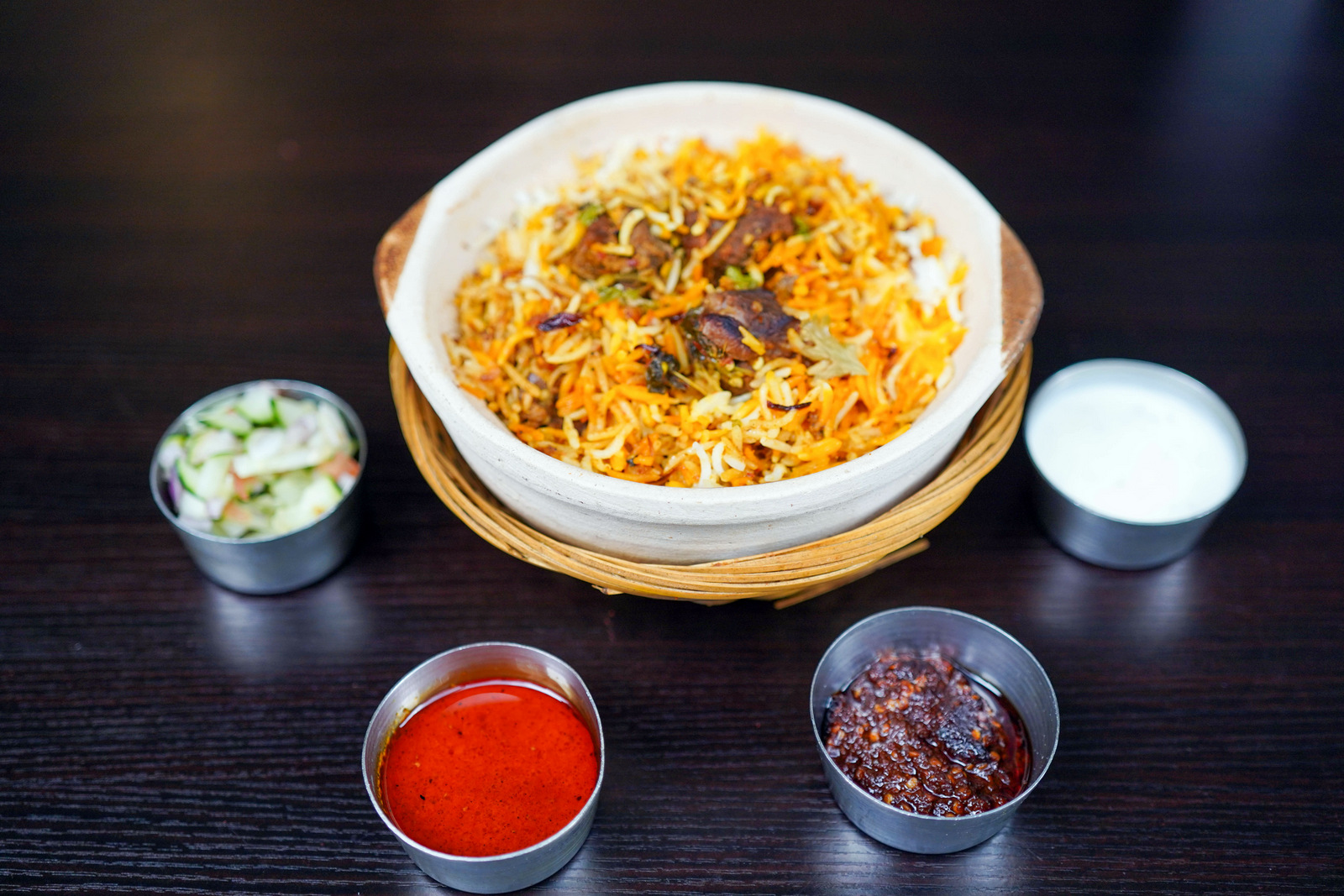 Najia's biryani also leaves an impression, with no fewer than six biryani variations offered, from Beef Khatri Biryani to Balochi Keema Biryani, Sindhi Chicken Biryani to Prawn Biryani and Vegetable Biryani (RM21-RM36; suitable for one to two persons).
We had the Karachi Mutton Biryani (RM32), in tribute to Najia's personal roots - the sela parboiled basmati rice is well-separated and fluffy, layered robustly with 24-hour marinated mutton, remarkably moreish without being bloating or cloying.
Najia's biryani is prepared in individual portions to order, so you'll receive the rice freshly cooked, instead of being scooped out of a communal pot that's been sitting there for hours. This is biryani at its best, a hearty and soulful meal with no need for heavy gravies, buoyed by yogurt and other house-made curried and chilli condiments.
If you enjoy exploring the world of biryanis, where traditional recipes diverge from one region to another, bookmark Najia's. 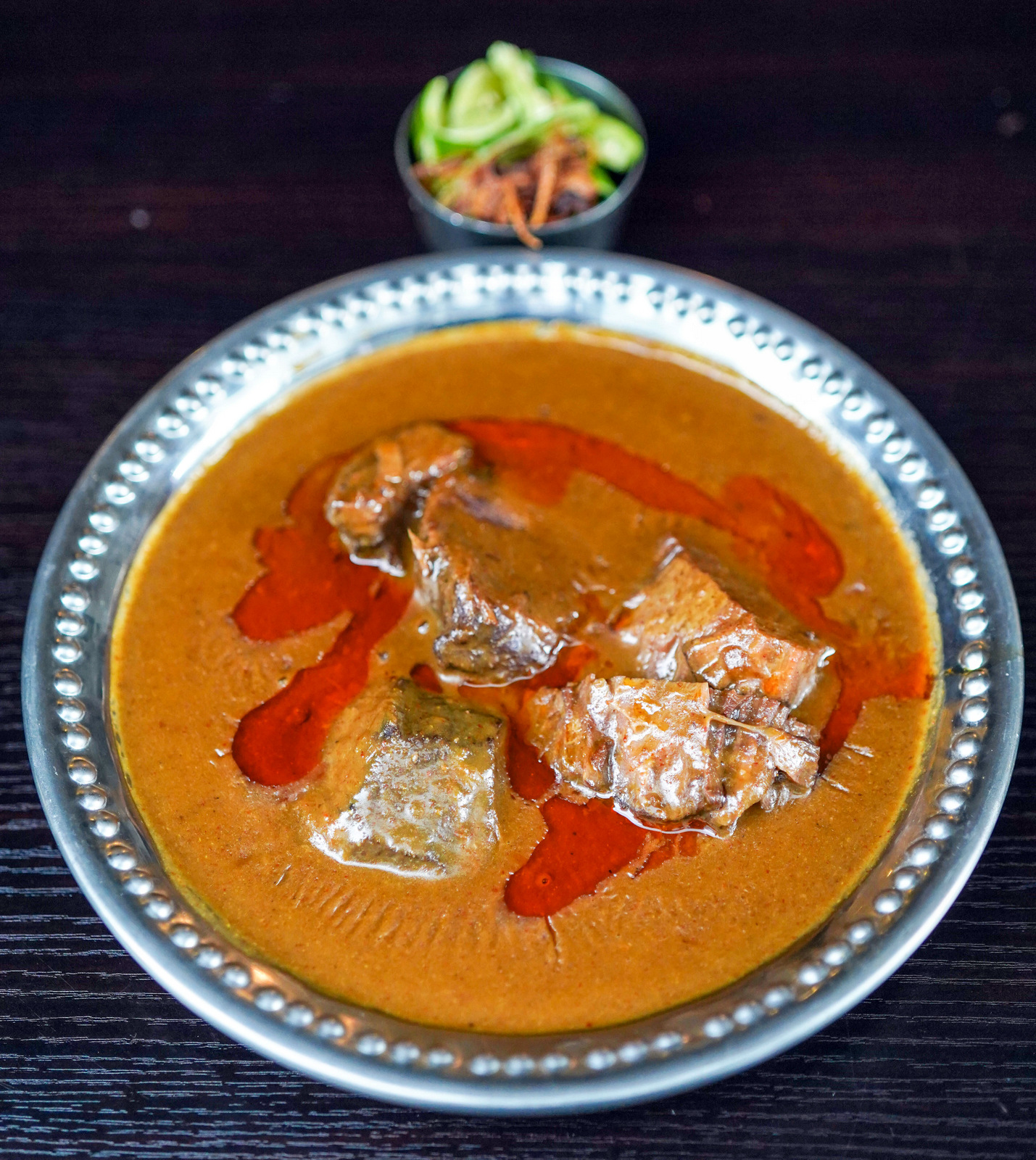 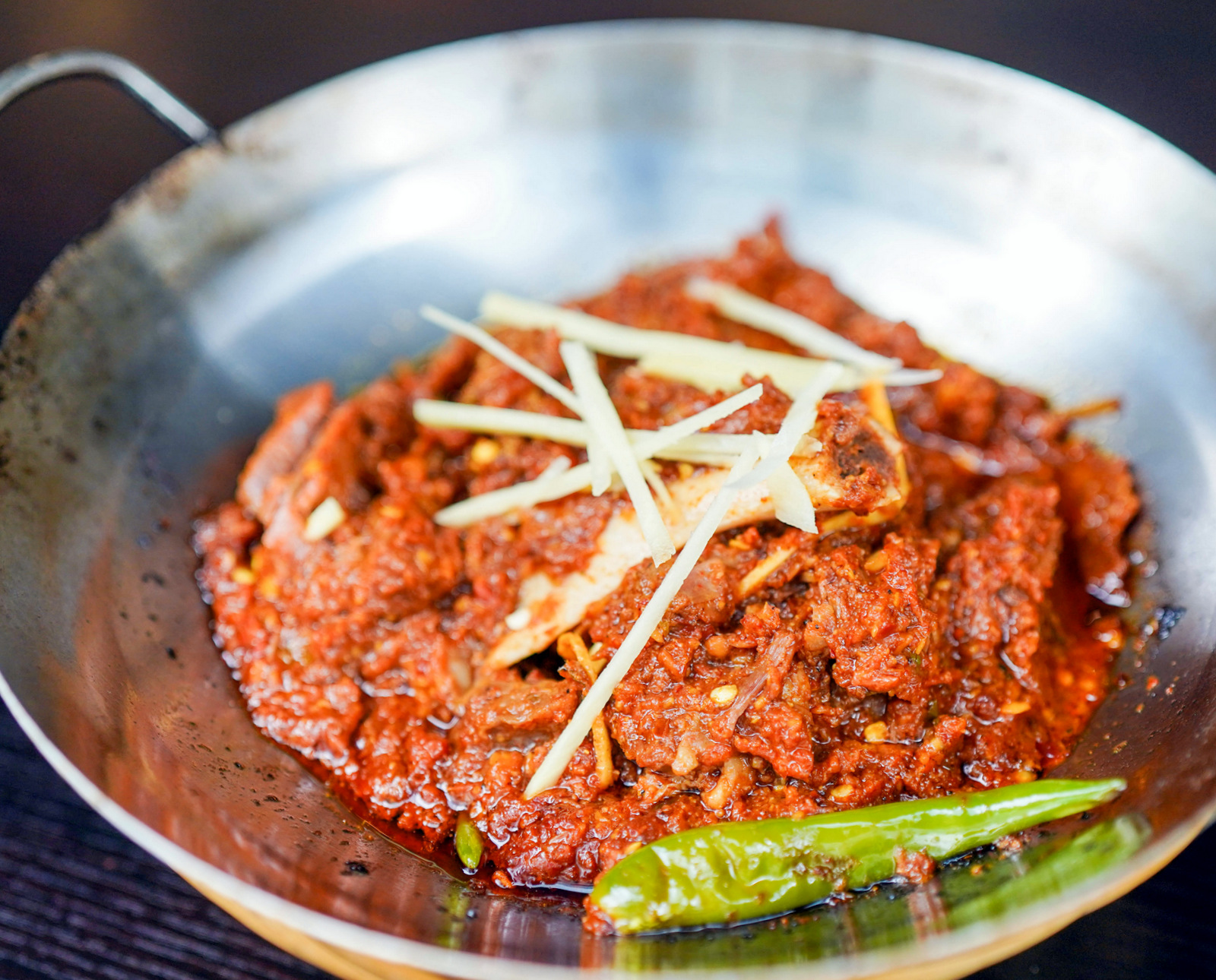 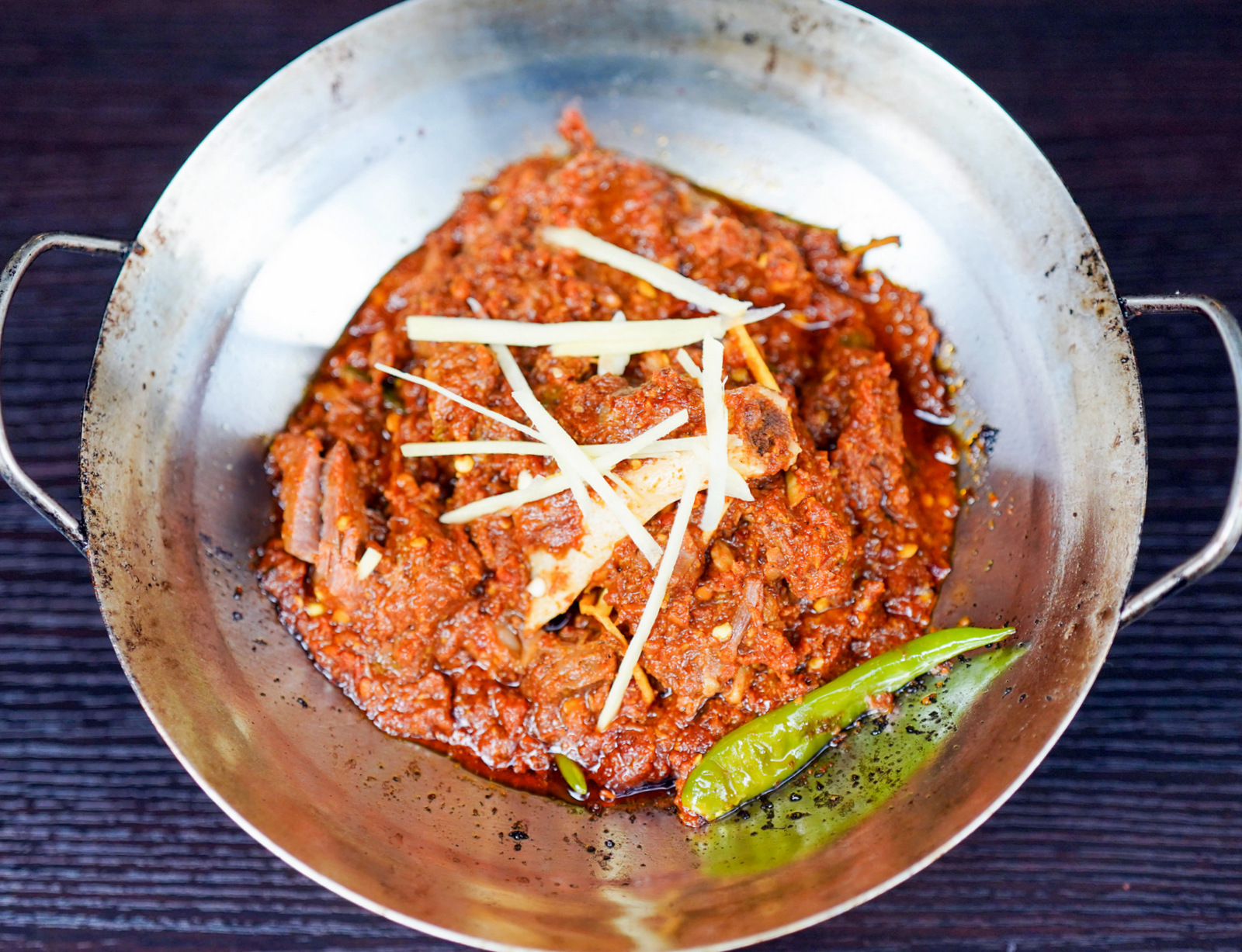 Meat dishes also furnish a glimpse of Pakistan's cherished favourites, from nihari to karahi.
Slow-cooked beef doesn't get more compellingly tender than Najia's Beef Nihari (RM29), featuring shank and brisket simmered for eight hours till they practically melt into the marrow-tinged gravy. Najia's has perfectly refined one of South Asia's seminal staples, revered throughout Karachi and beyond, with a history that stretches back more than two centuries to the Mughal Empire.
The Karahi (RM32) is mutton (or chicken, if you prefer) cooked in high heat in Pakistan's wok, the karahi, with a fairly fiery spice mix with a pleasant burn. Customers have a choice of various spice bases for this, from Peshawari with salt and pepper, to Green with coriander, mint and mild green chillies, to Koyla with coal-smoked barbecue flavours.
Najia's menu is encyclopaedic enough that multiple visits are necessary to check out other temptations - we're eyeing the Maghaz Nihari (beef nihari with goat's brain) and Mutton Paya (a stew of mutton hocks). 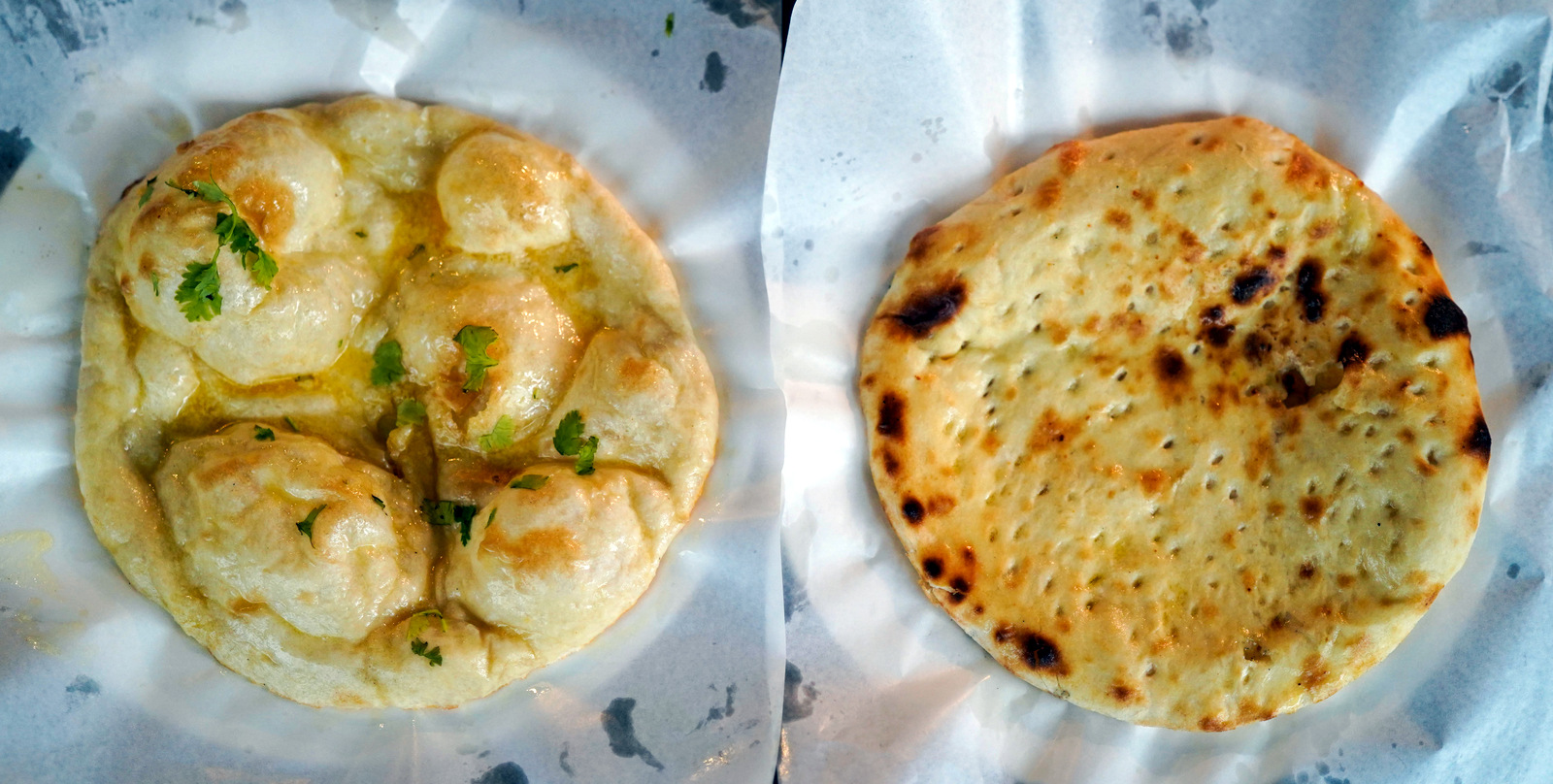 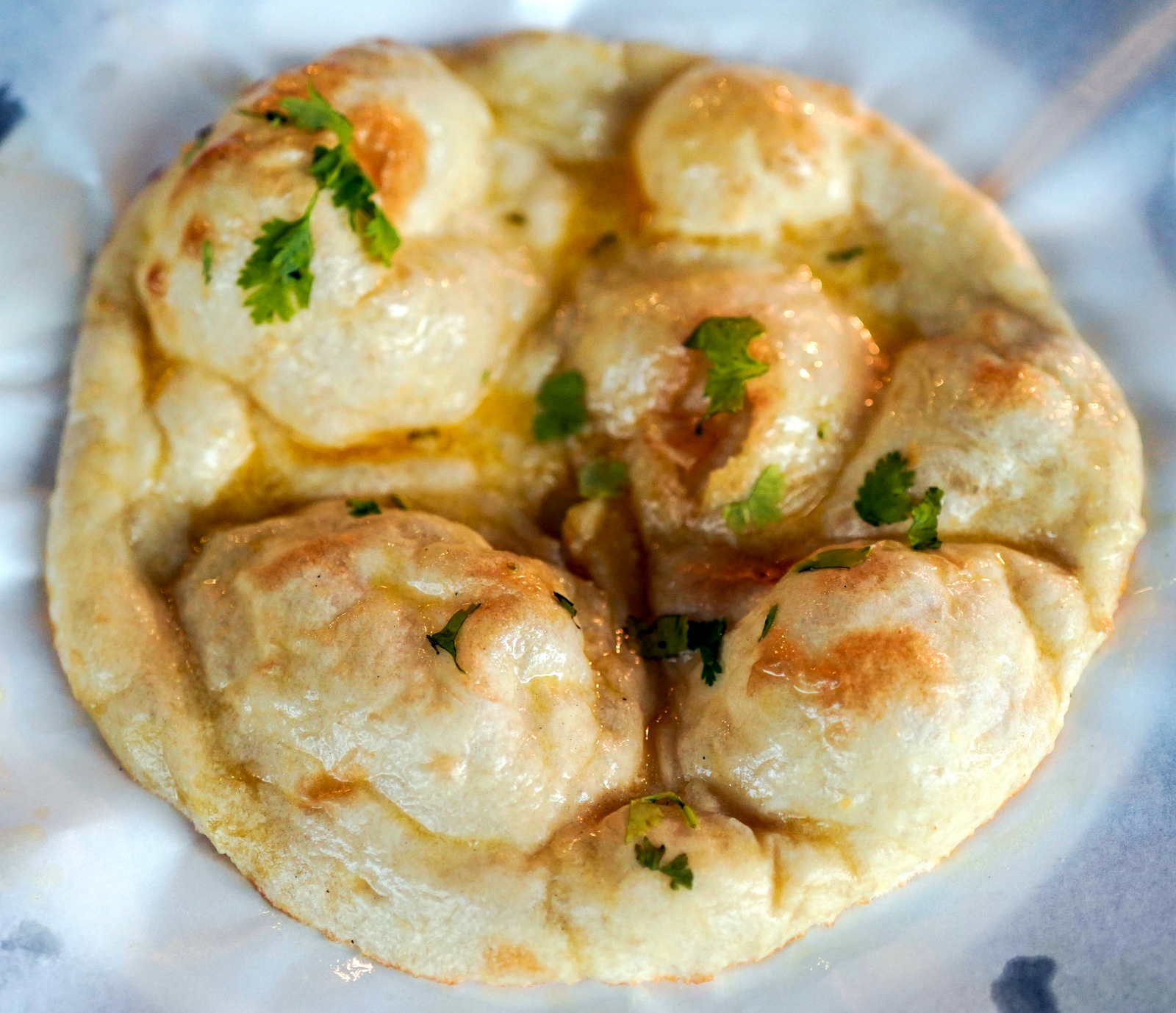 Najia's naan selection is extensive too, with crowd-pleasers like garlic butter naan (RM5) and cheese naan (RM12) that complement the curries but can tantalisingly be consumed on their own. Served warm and comforting, these reputedly remain soft and stretchy even if you take them home for a meal an hour later. 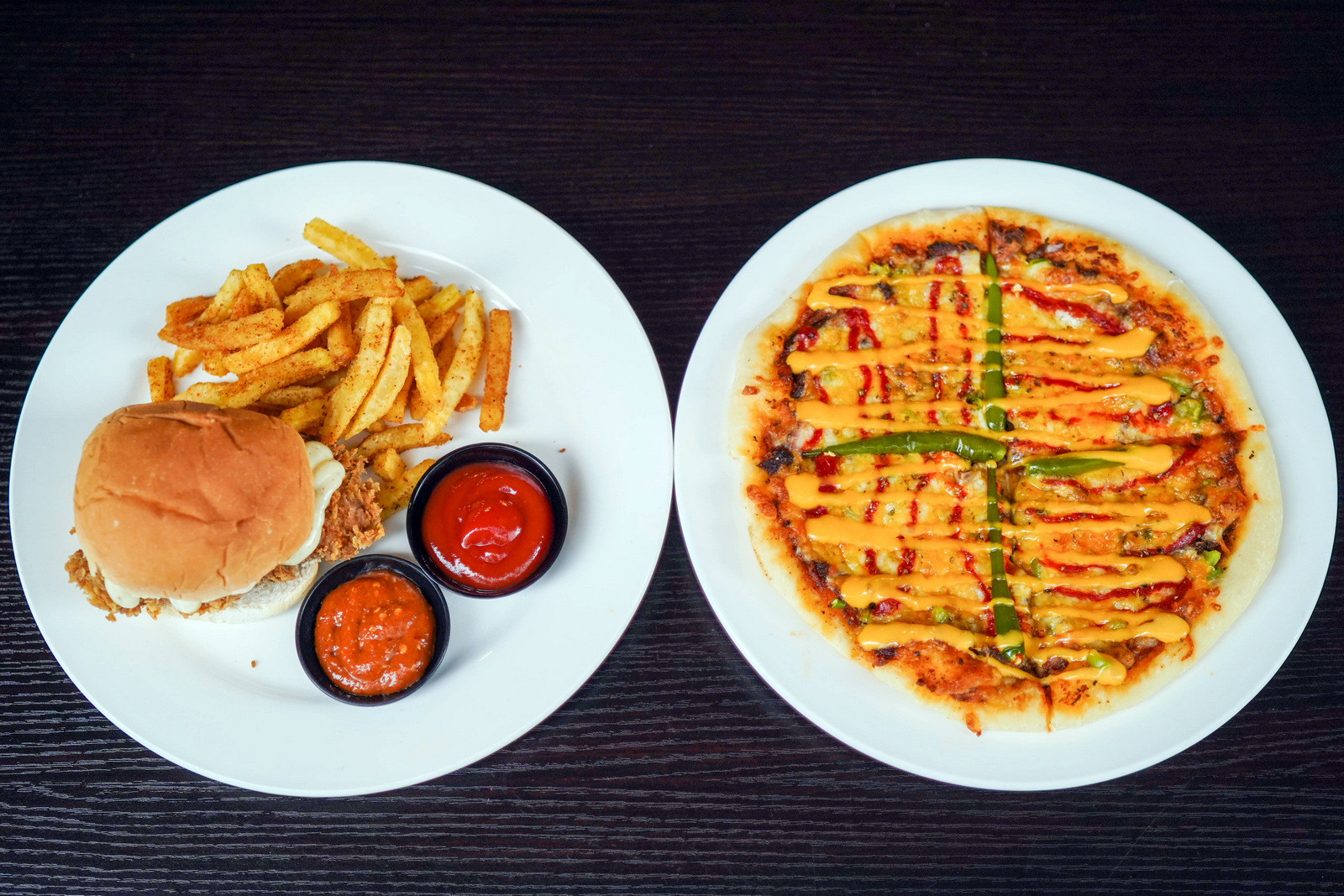 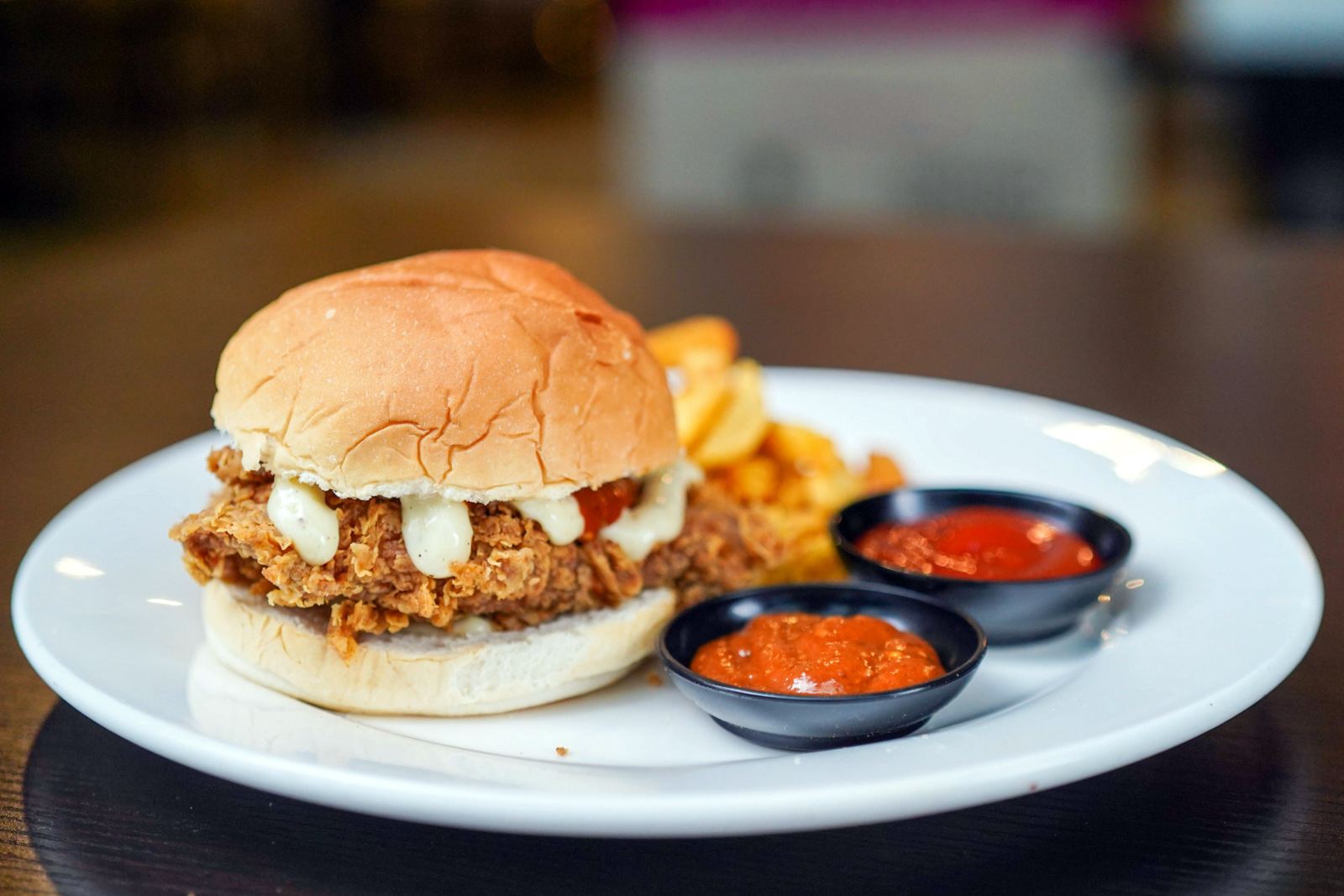 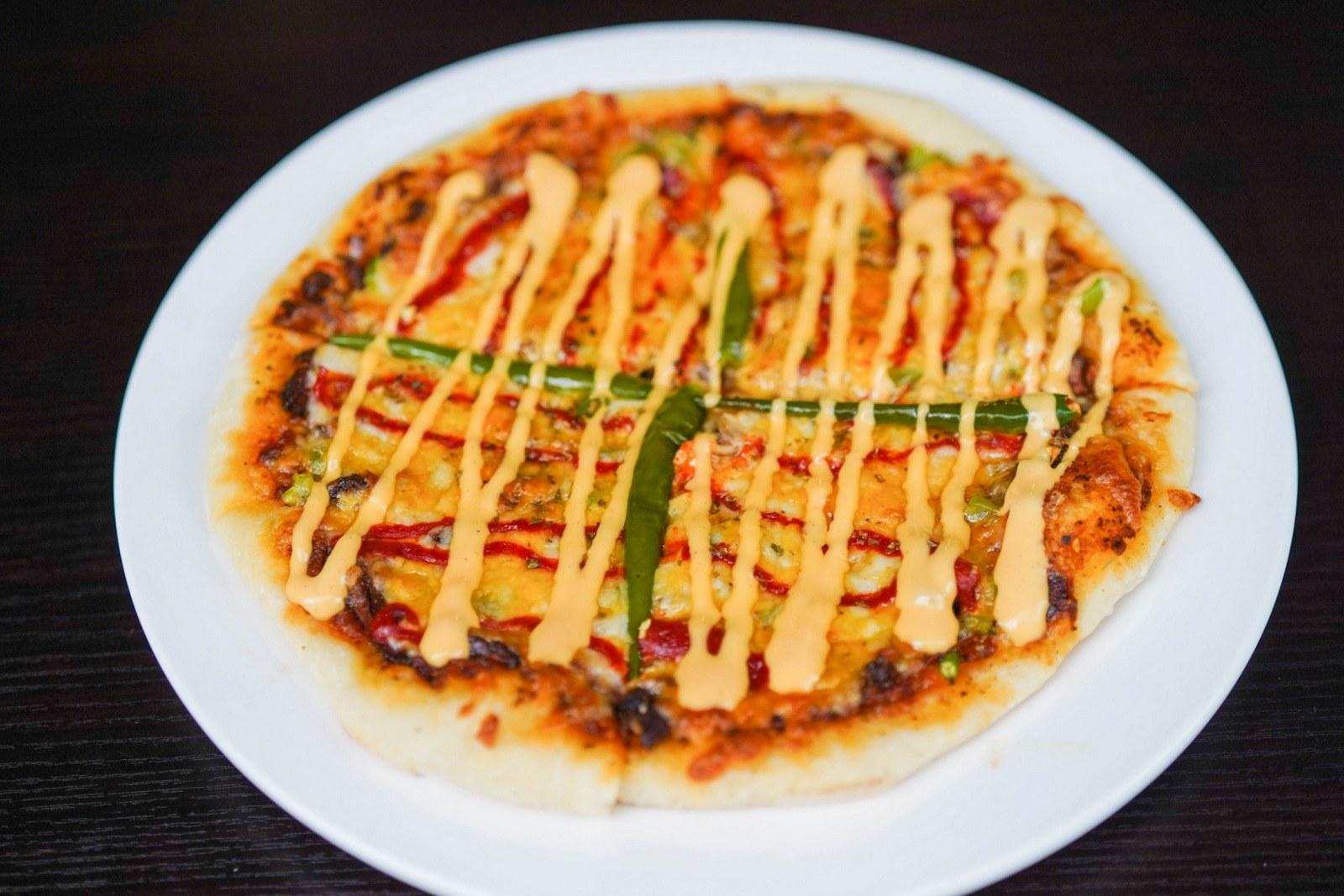 Playful pleasures that illustrate the contemporary side of Pakistan include the Masala Zinger Burger, with a sandwich of spicy, crunchy chicken breast, bolstered by house-made dips and masala fries (RM12), and the Beef Sharara Pizza, fun and fulfilling for fans of fusion fare (RM18). 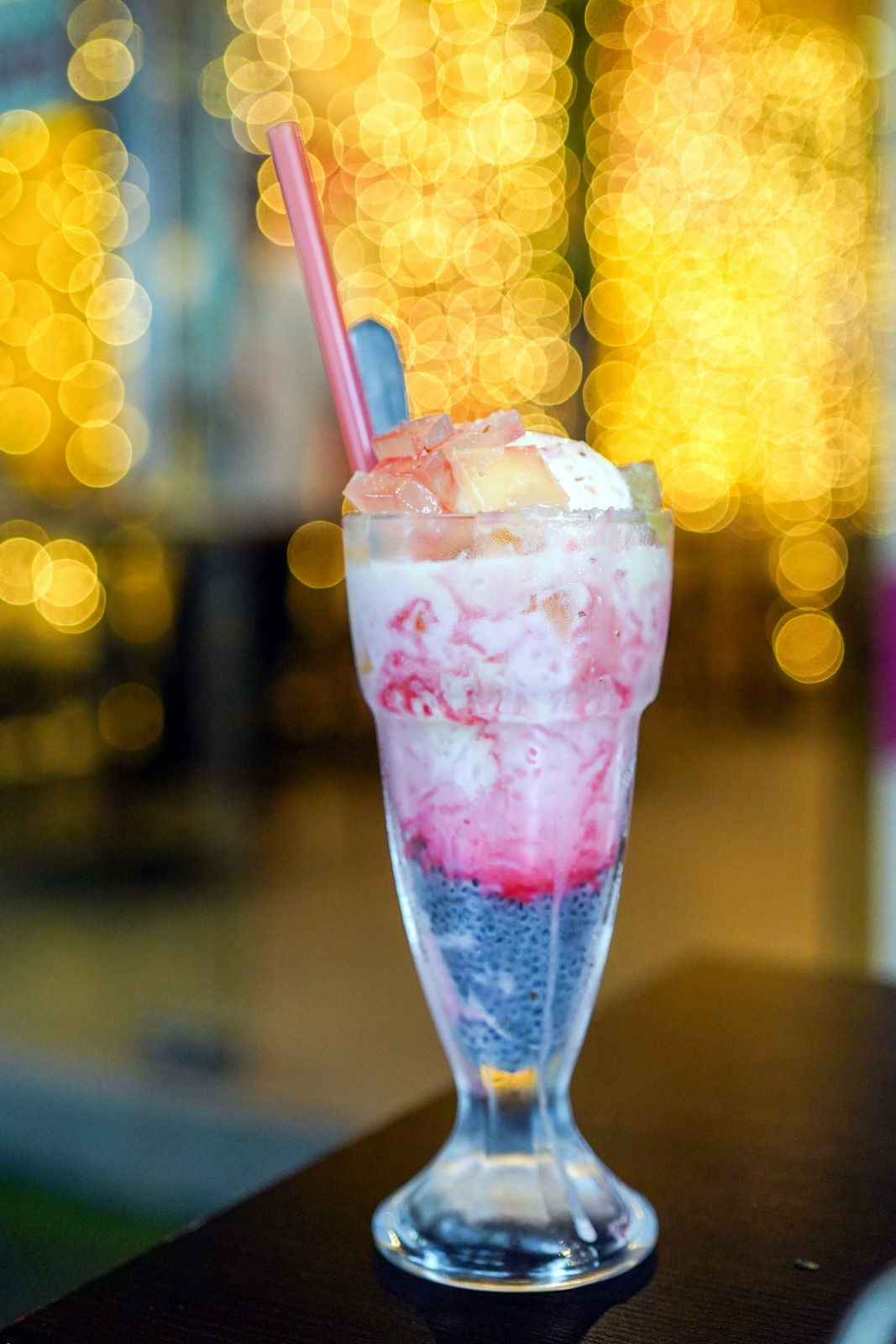 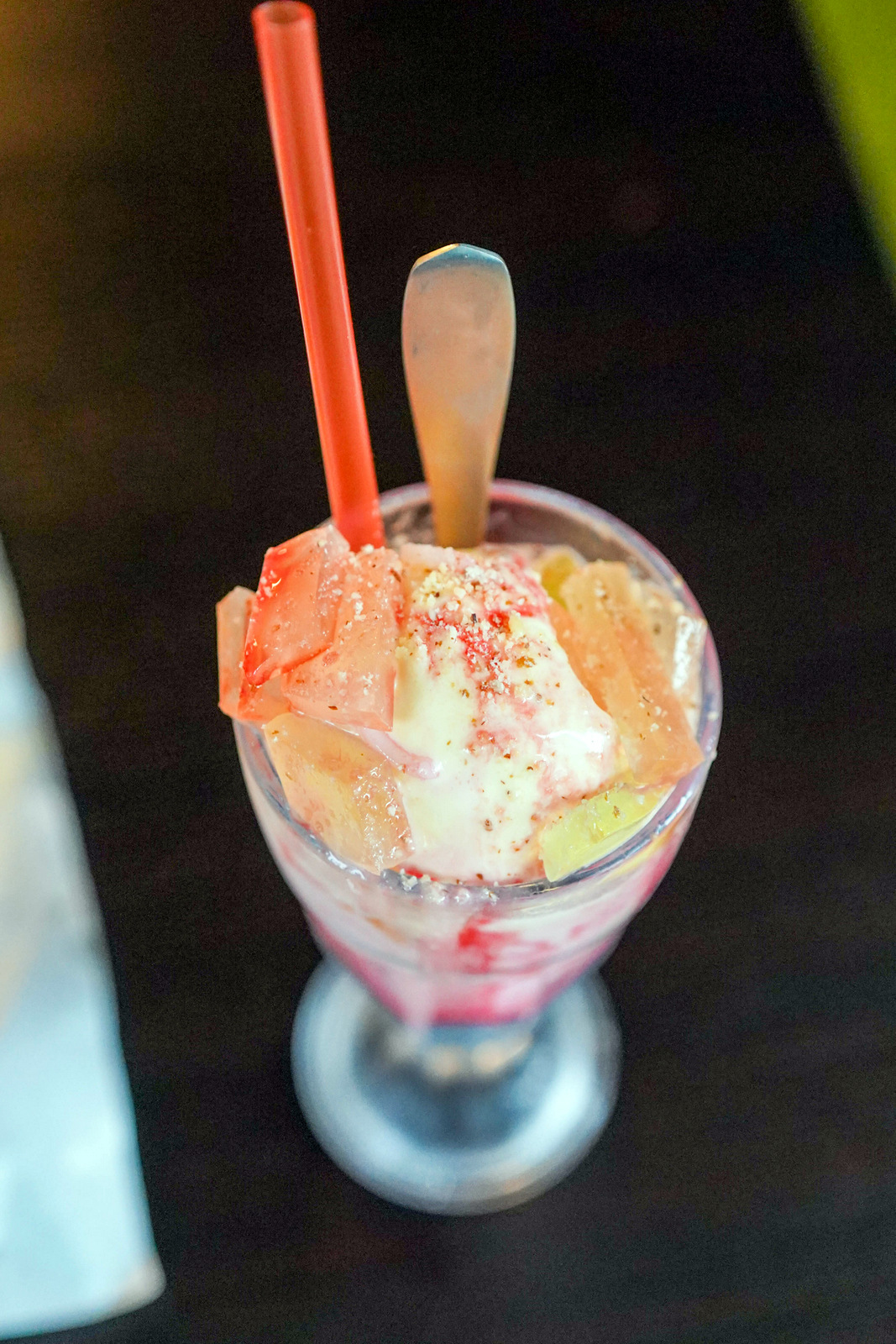 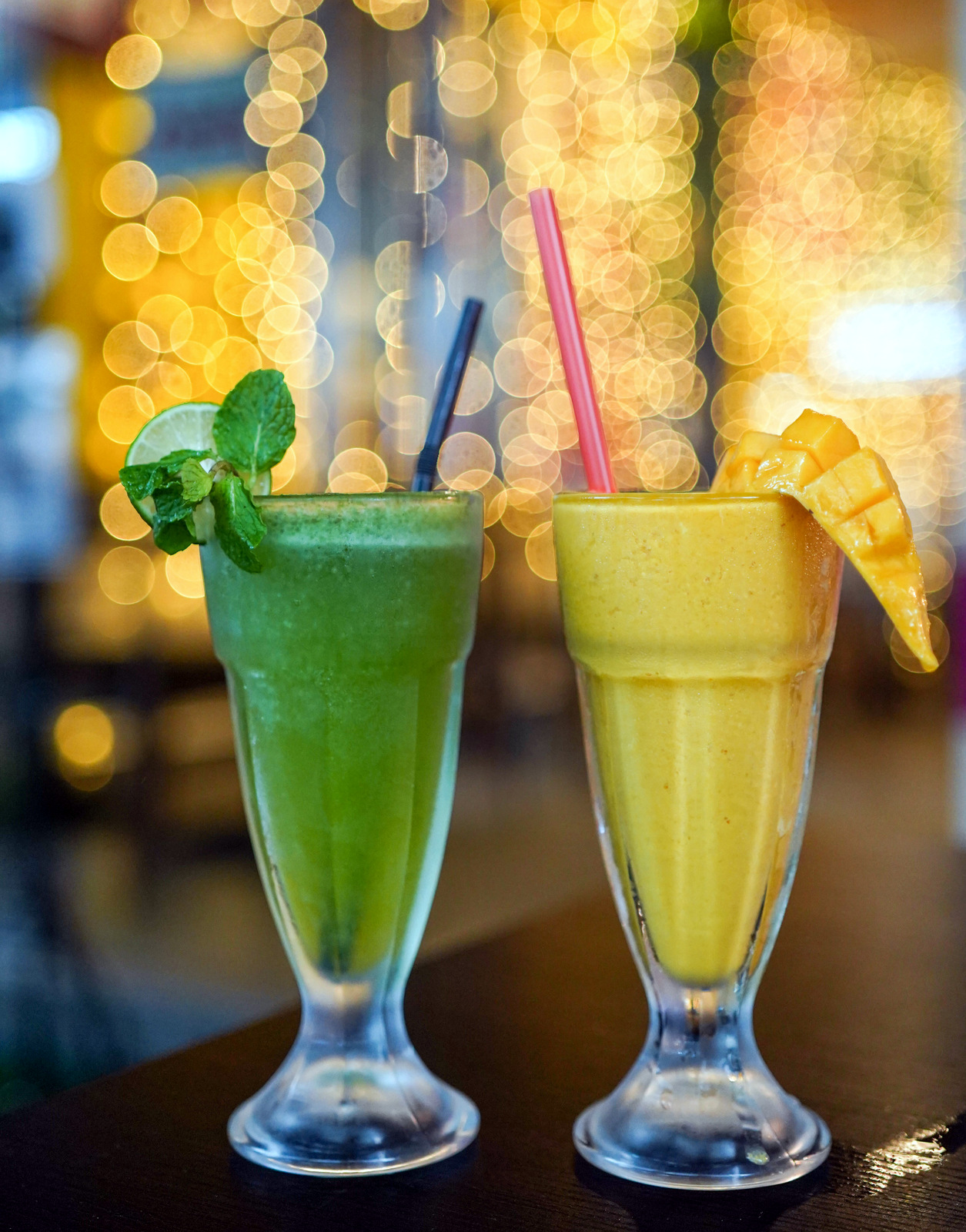 Many thanks to Najia's for having us here. 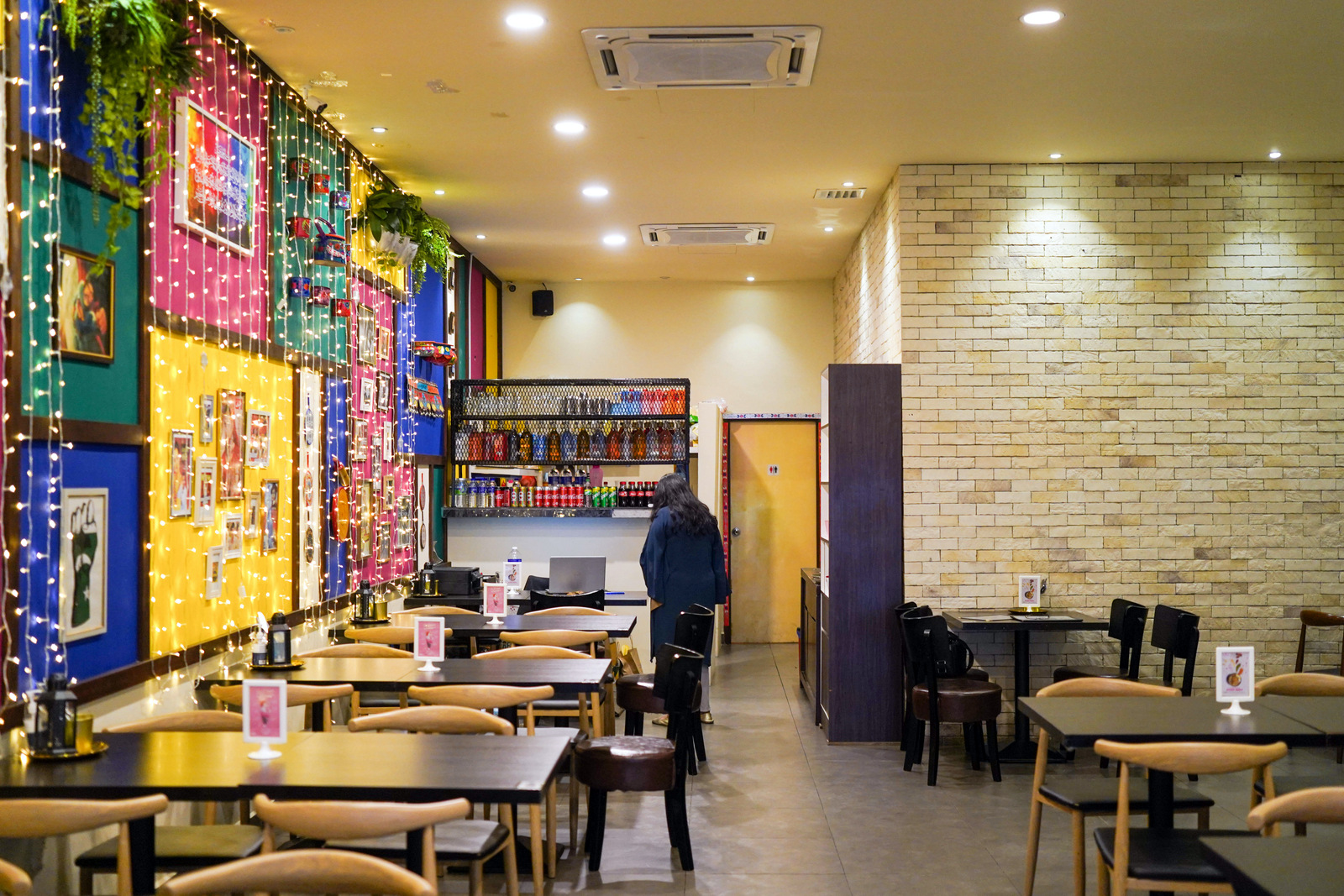 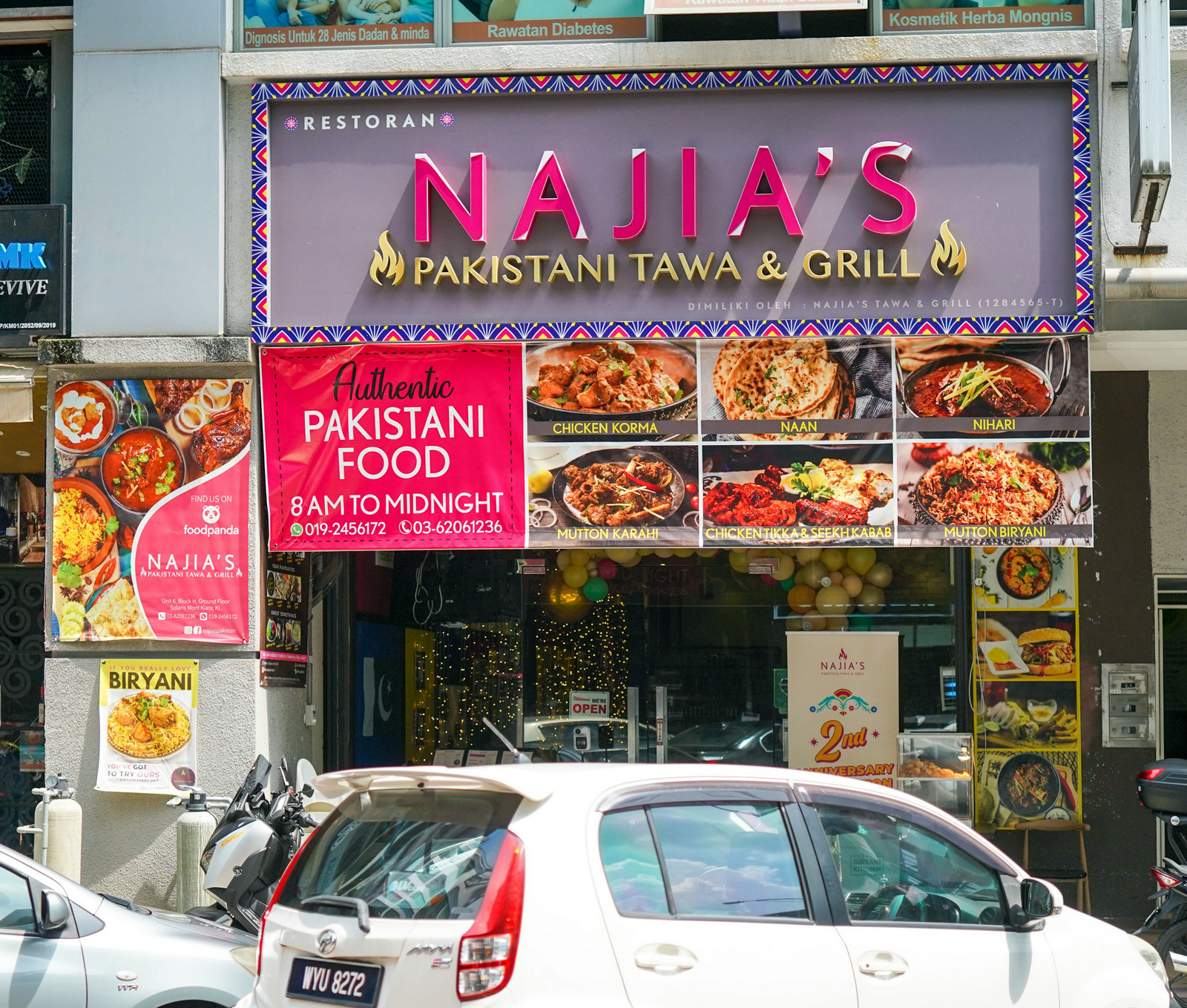