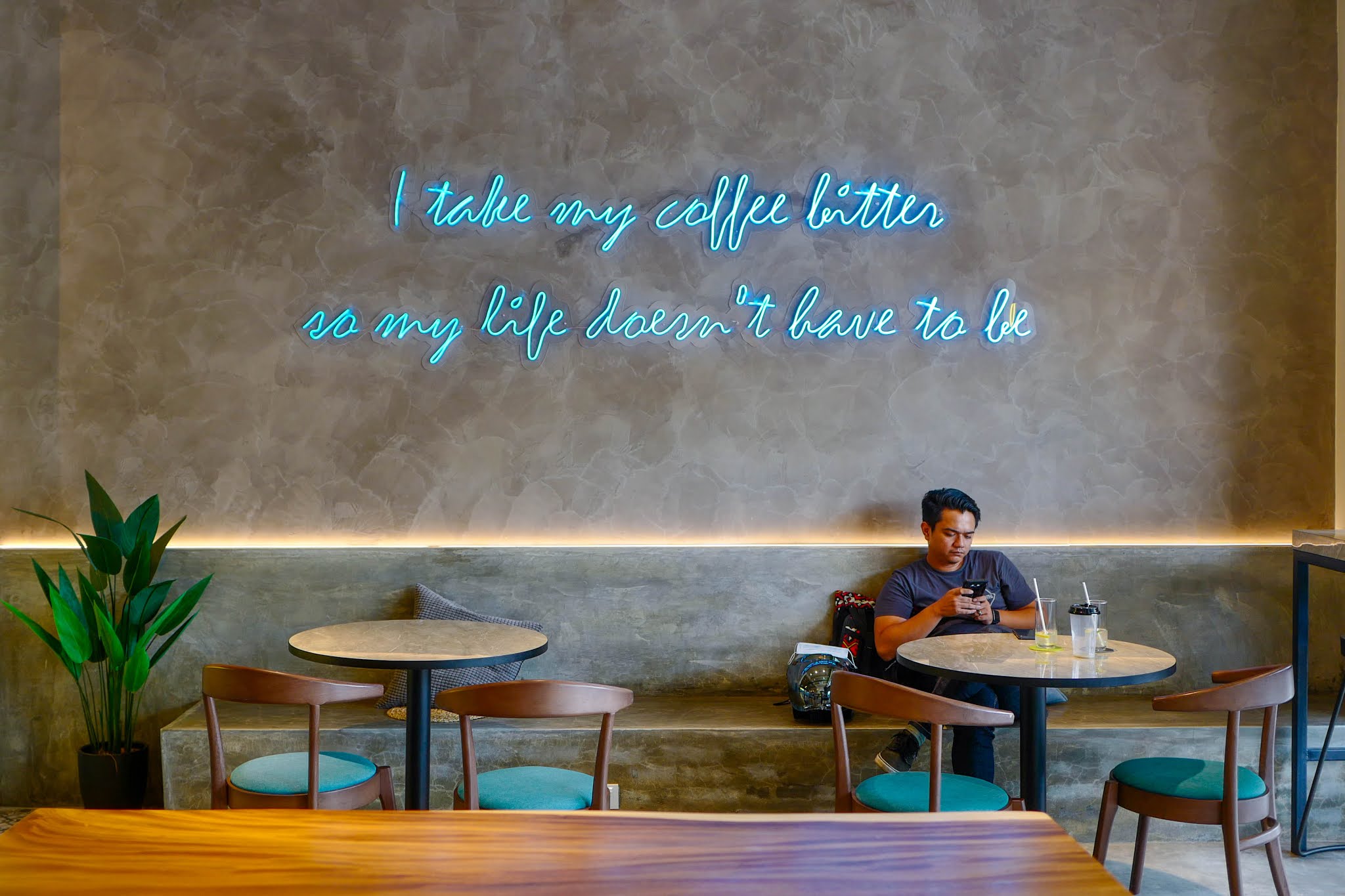 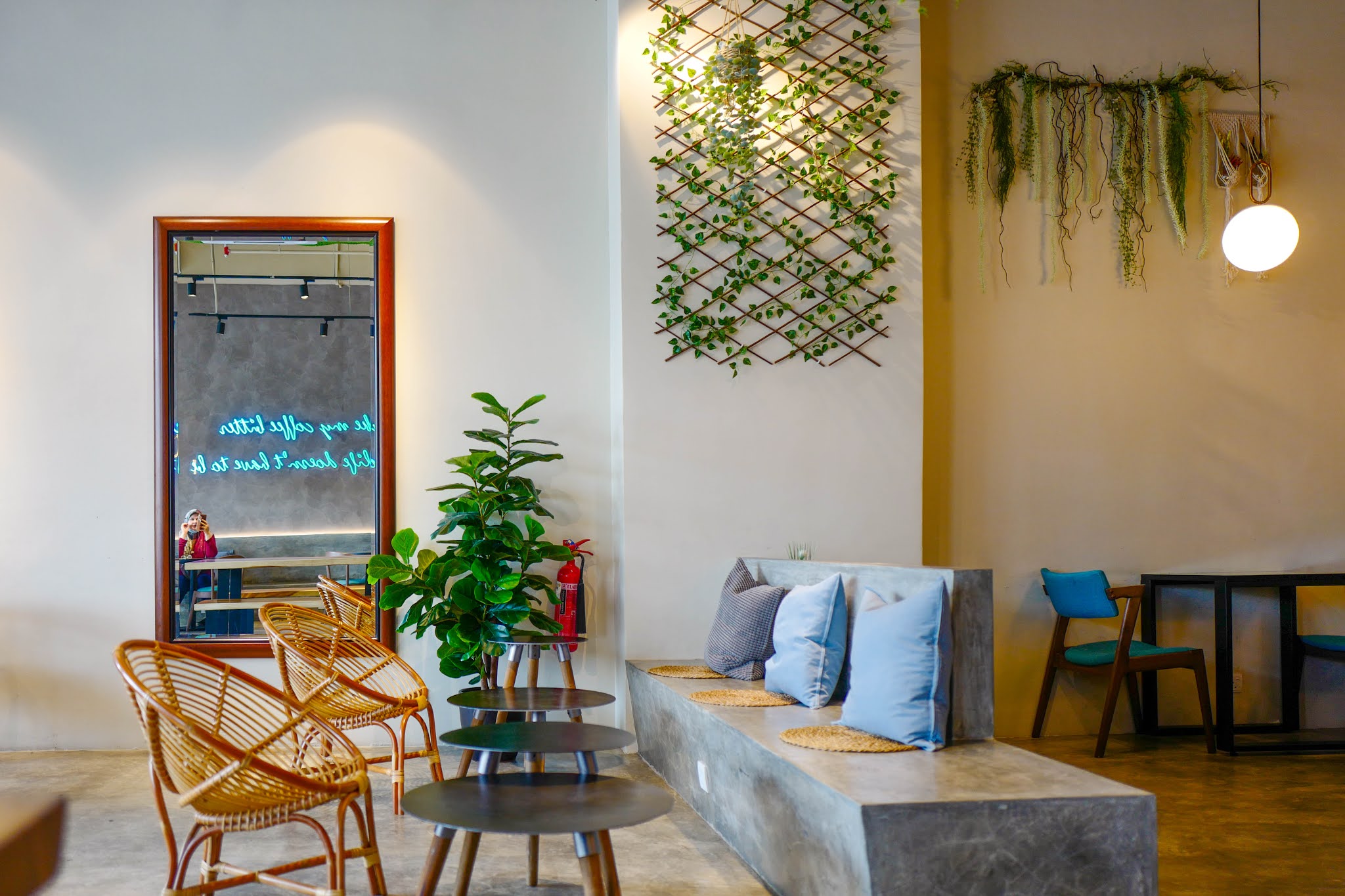 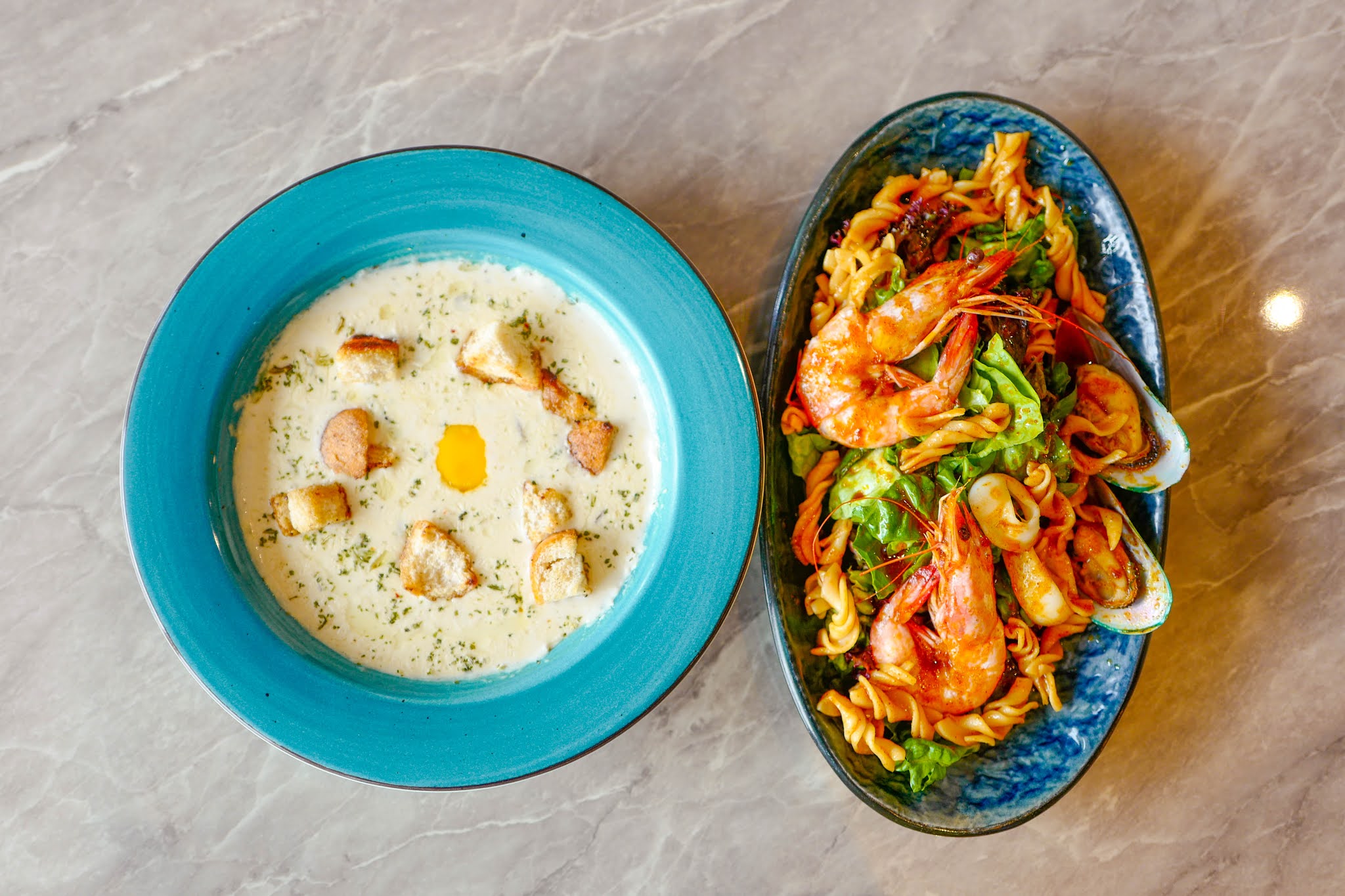 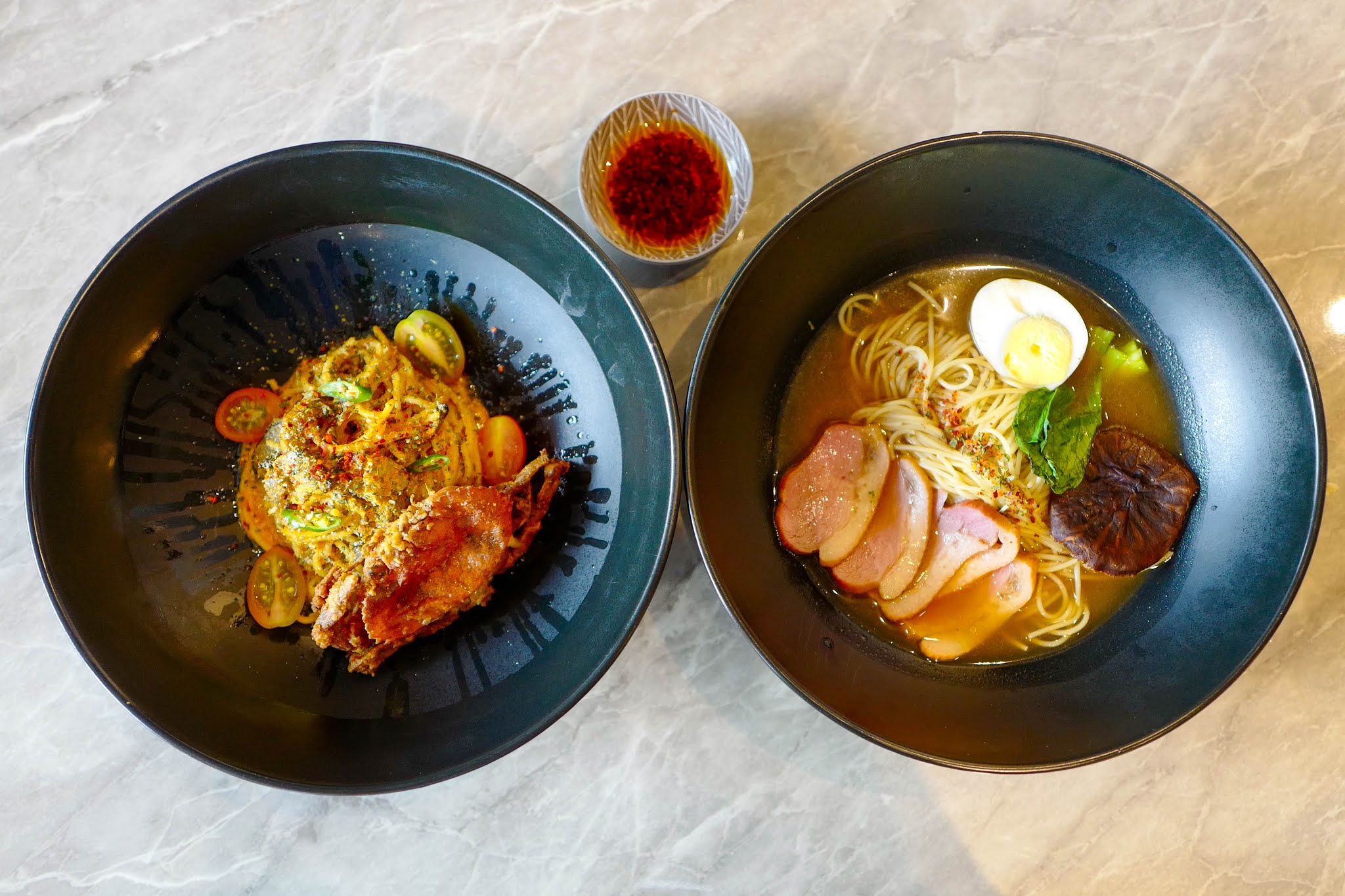 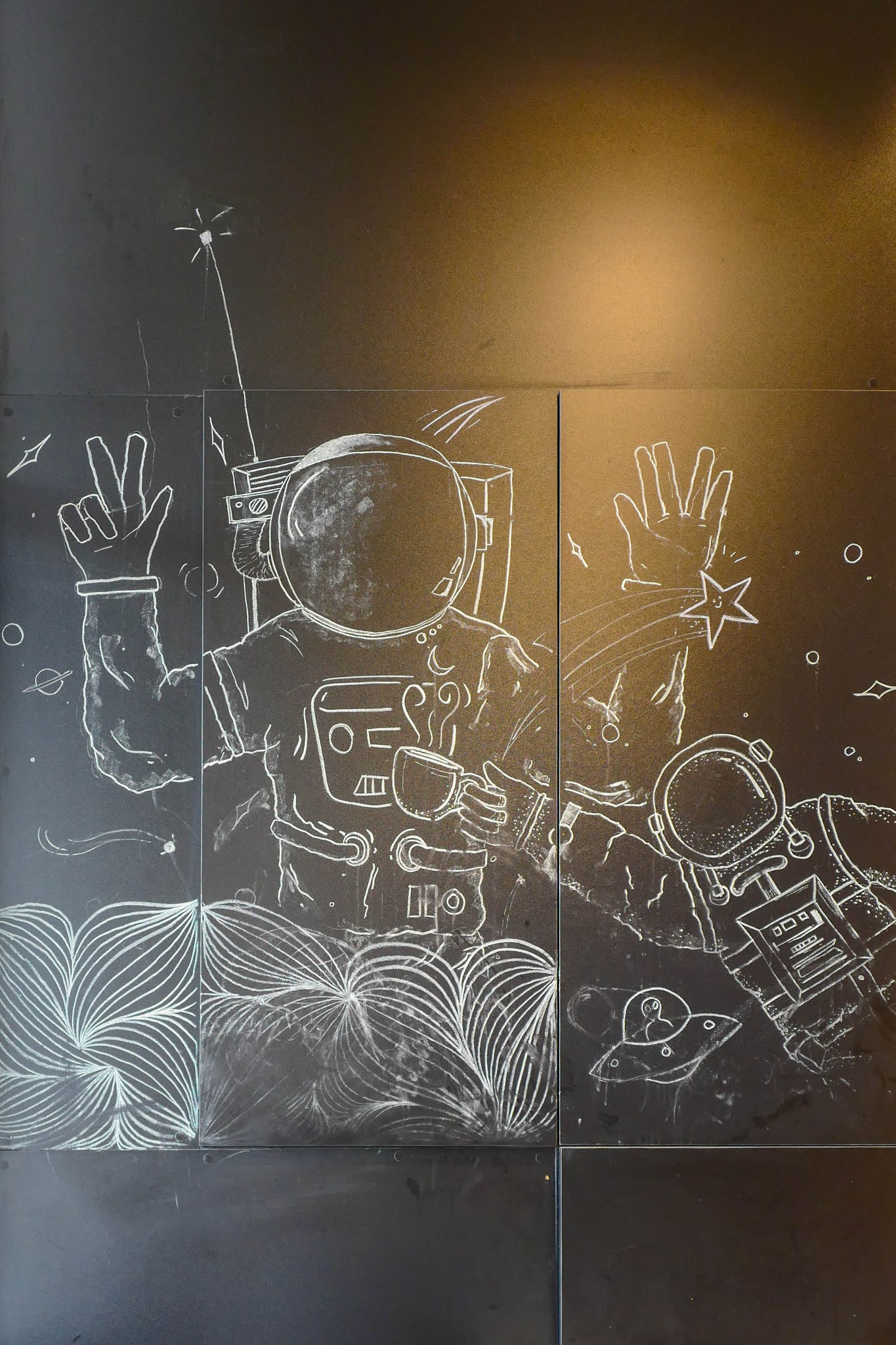 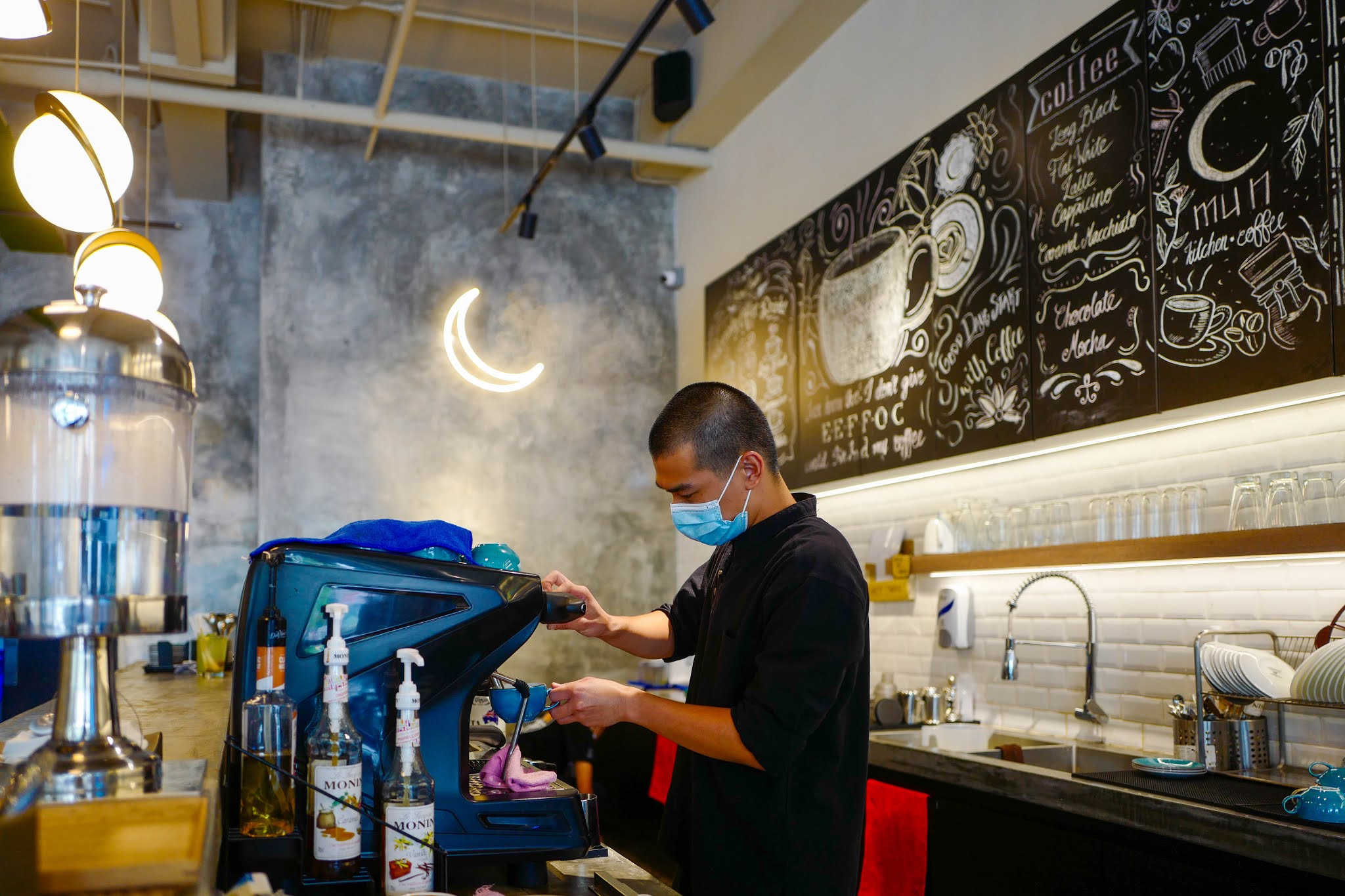 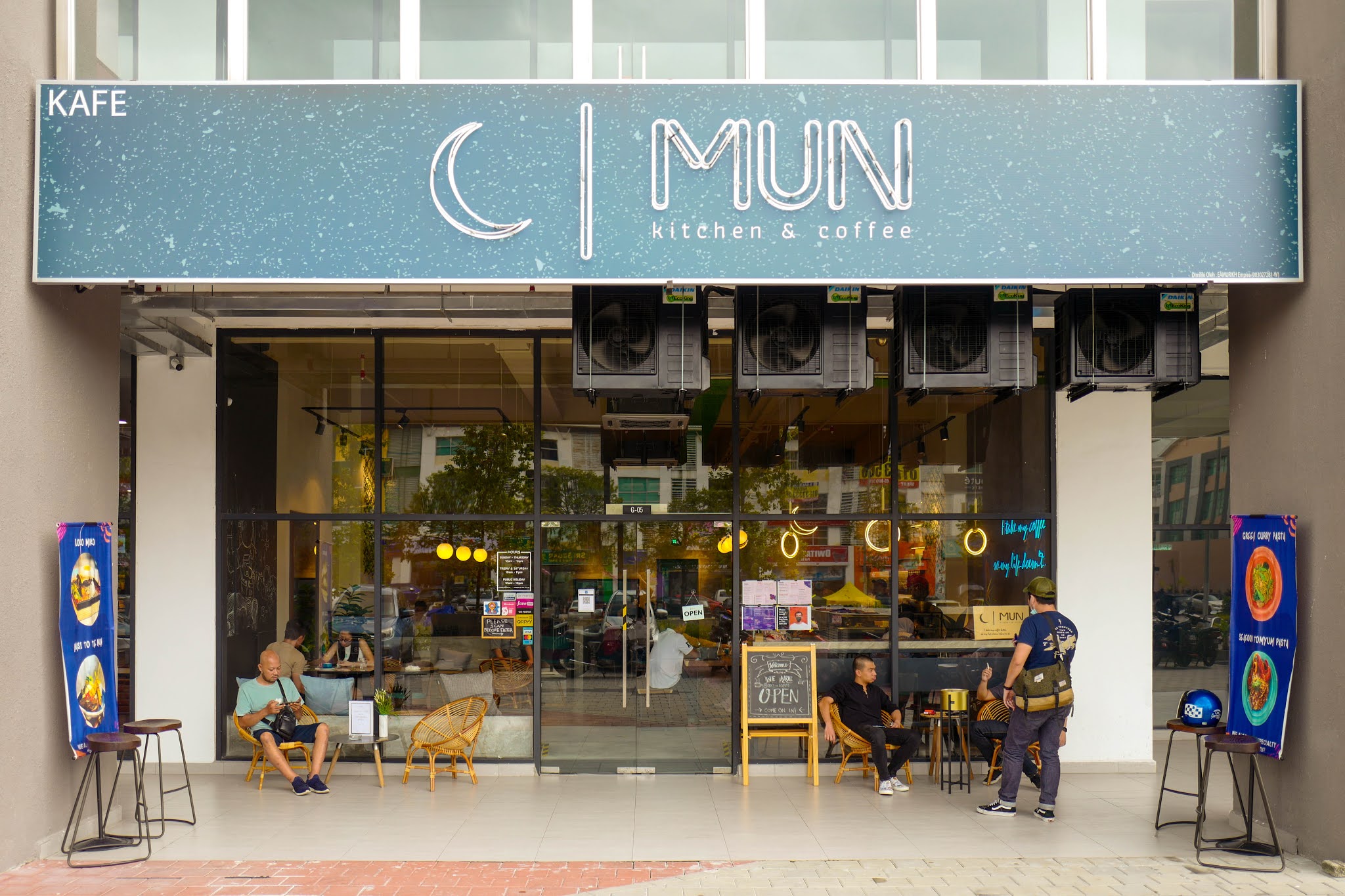 Mun Coffee shoots for the stars with food that's both fun and fulfilling, served in a space that's shimmers with natural sunshine and human warmth. The cafe is founded by astronomy aficionado Erin Ayshah, whose enthusiasm for the secrets of our solar system can be observed in this venue's name (a homonym for 'moon') and setting (with a radiant crescent moon and a mural of astronauts with a cup of coffee).
Freshly launched this year, Mun has fast earned an eager following. When we visited at lunchtime on a recent Thursday, the cafe was nearly full with customers savouring the creations of chef Haziq Musa, who's only 26 years old but has nearly a decade of experience in crafting robust flavours. Mun's entire team is in their twenties, which explains the energy and exuberance in this cafe, but their professionalism is light-years ahead of some of their peers, ensuring a pleasant experience here. 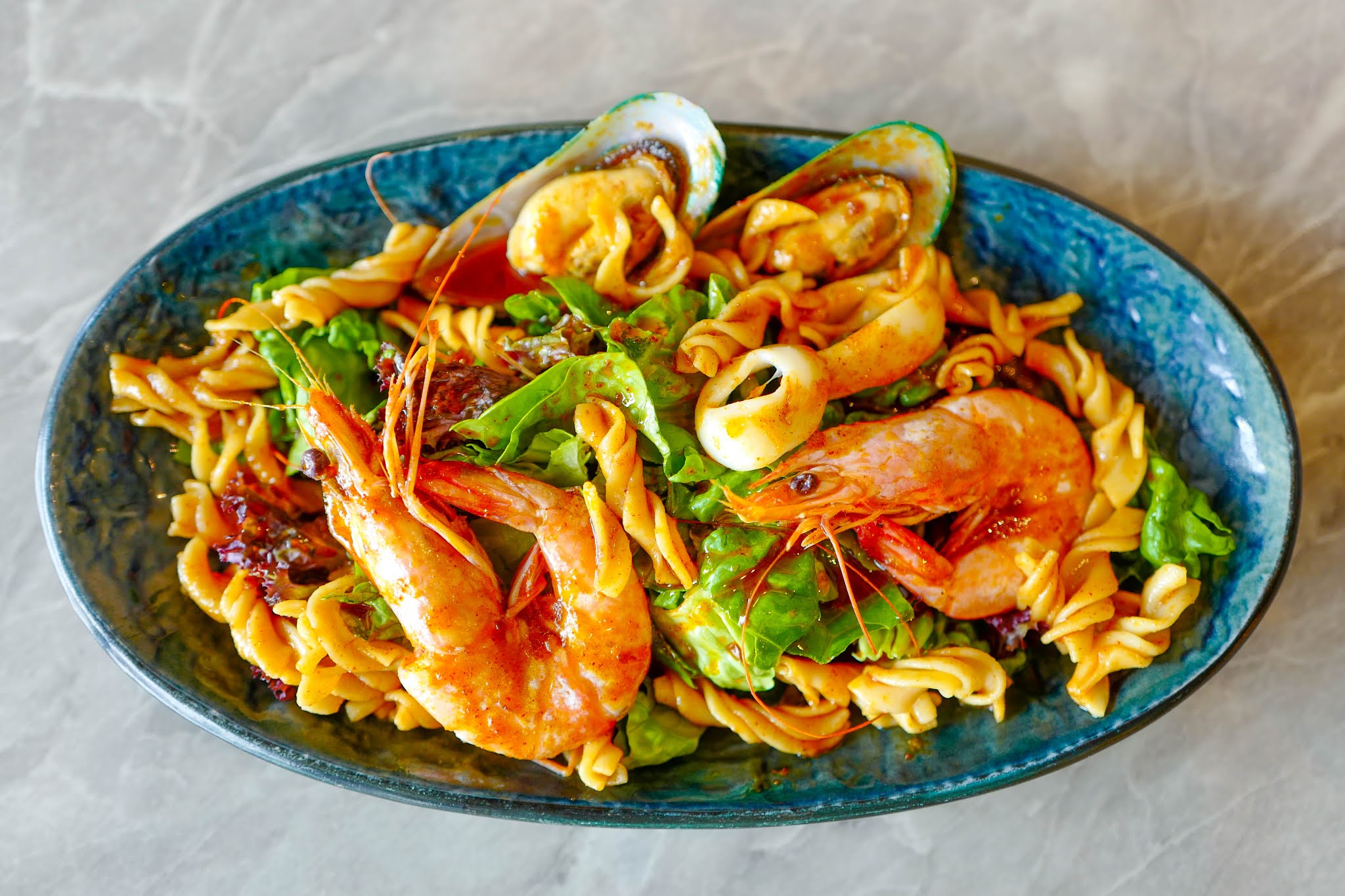 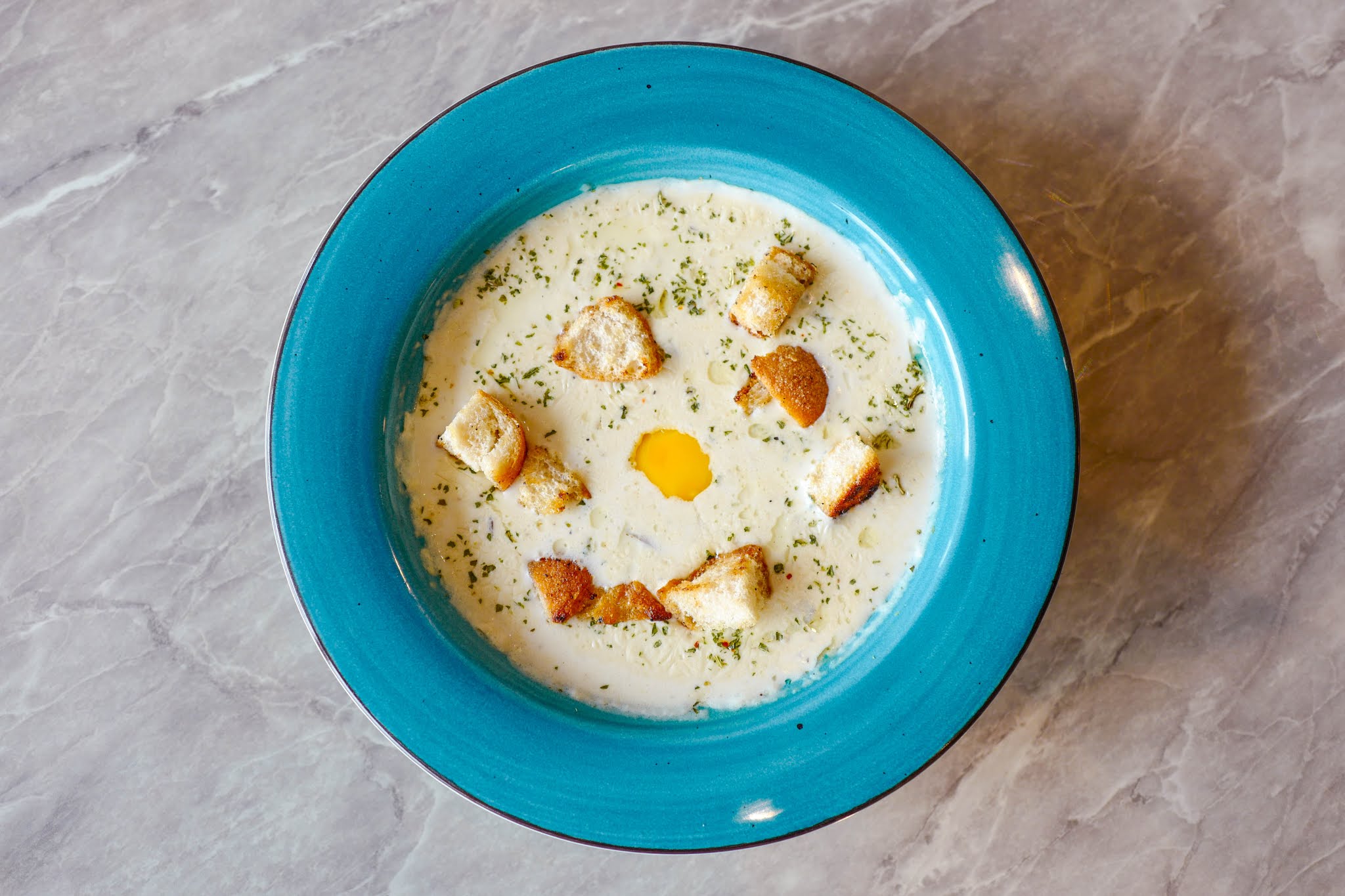 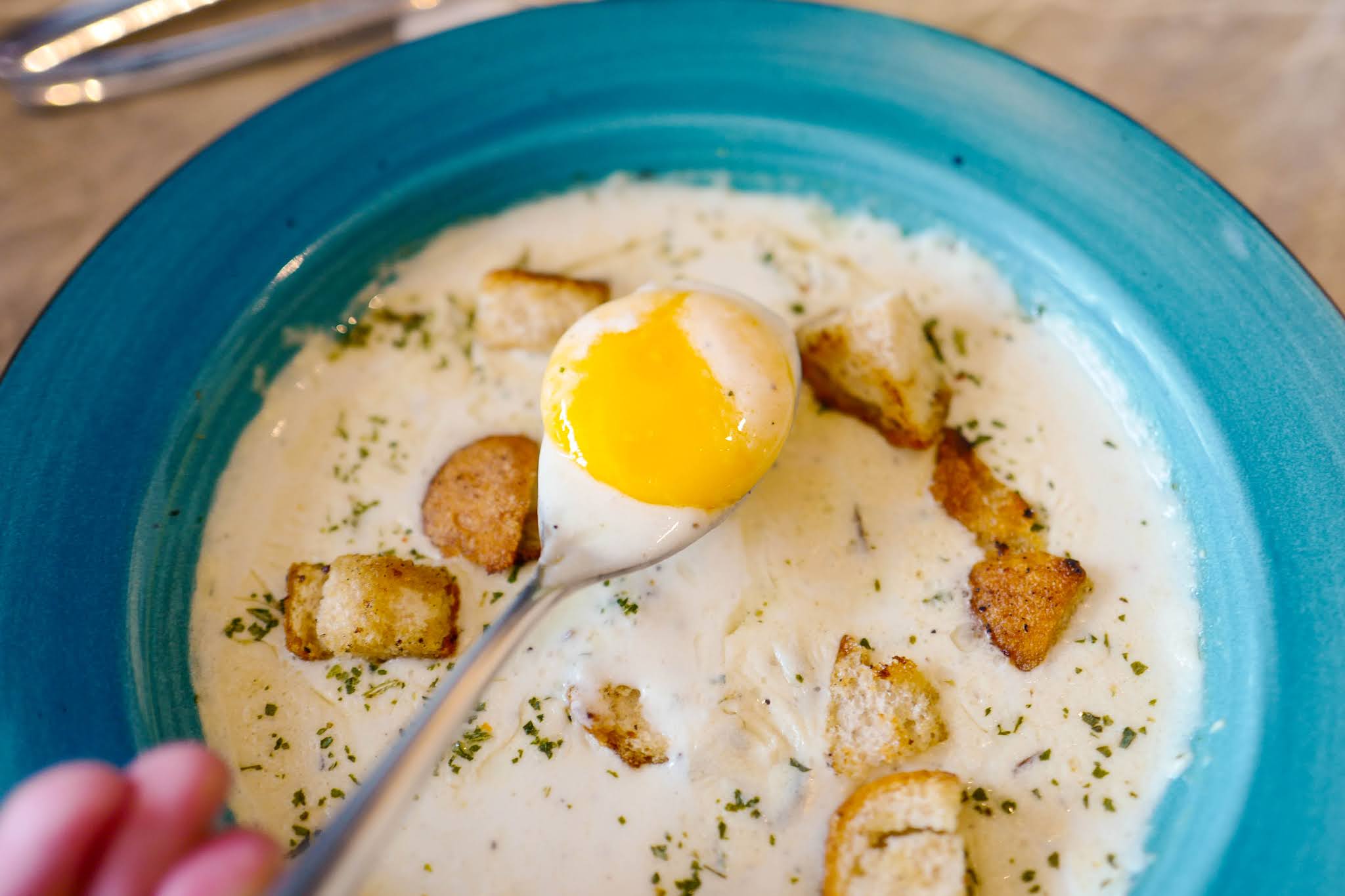 Mun's menu sparkles with original flourishes - if you love to discover surprising twists in your dishes, you'll find tantalising touches streaking across the selection, even in the starters, salads and soups.
The Kerabu Ocean Spiral is savoury with umami-rich shrimp paste, zesty with lime and spicy with chilli, with a base of fusilli for pasta pleasure to bring together Italy with Southeast Asia, a hearty foundation for fresh, large prawns, mussels and calamari. This could easily be a main meal on its own, but it works well for whetting the appetite too (RM15.50, a seafood fan's genuine bargain).
While Wild Mushroom Soup might sound conventional, Mun's bowl offers moonlight magic with an egg yolk in the middle of the soup, made in Mun's own kitchen with a trio of different mushrooms, sprinkled with croutons for crunch. The yolk isn't merely a novelty - it serves a functional purpose to thicken the soup, relying on less cream for a less artificial-textured soup (RM13.50). 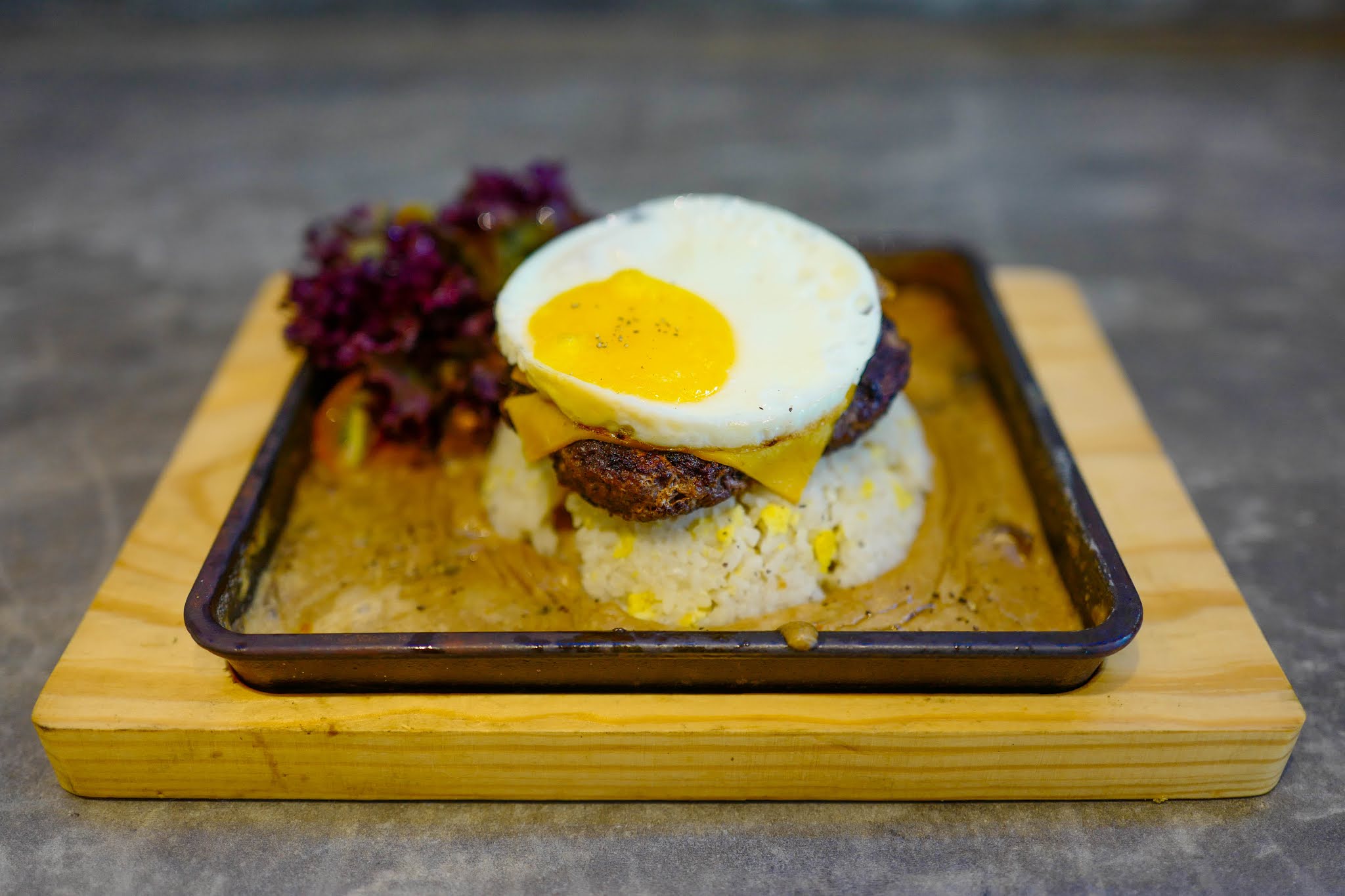 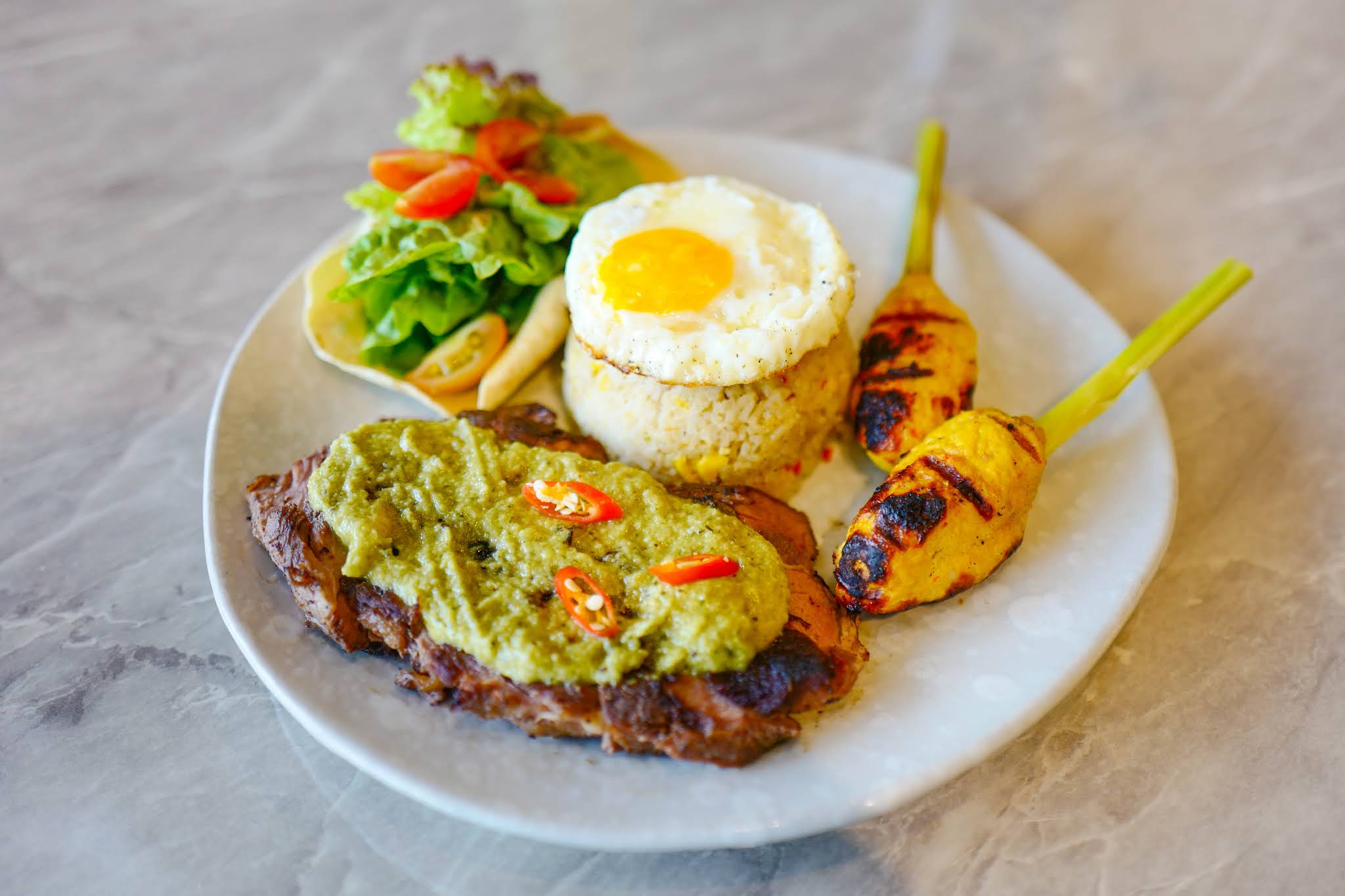 Nasi goreng also takes an unexpected turn at Mun. Kailua meets KL in this reinterpretation of Loko Moko, typically a modern Hawaiian recipe of white rice topped with a burger patty, sunny-side-up and gravy. Mun makes this extra-tasty with Malaysian-style fried rice, with a light stickiness to the grains, crowned with a 120-gram beef patty over mushroom gravy - one of Mun's many offerings that will delight children and adults alike (RM20.50).
Prices are really reasonable at Mun - its Nasi To The Moon shuns skyrocketing prices, providing no less than a 250-gram New Zealand rib eye steak (sous vide-cooked for 12 hours for a confident tenderness), slathered with perky South American chimichurri parsley sauce, plus Balinese-influenced sate lilit, grilled together with lemongrass skewers for aromatic allure, and a mixed salad packed taco-style in papadum to partner with the fried rice. All that good-quality produce for RM28? We're absolutely sold! 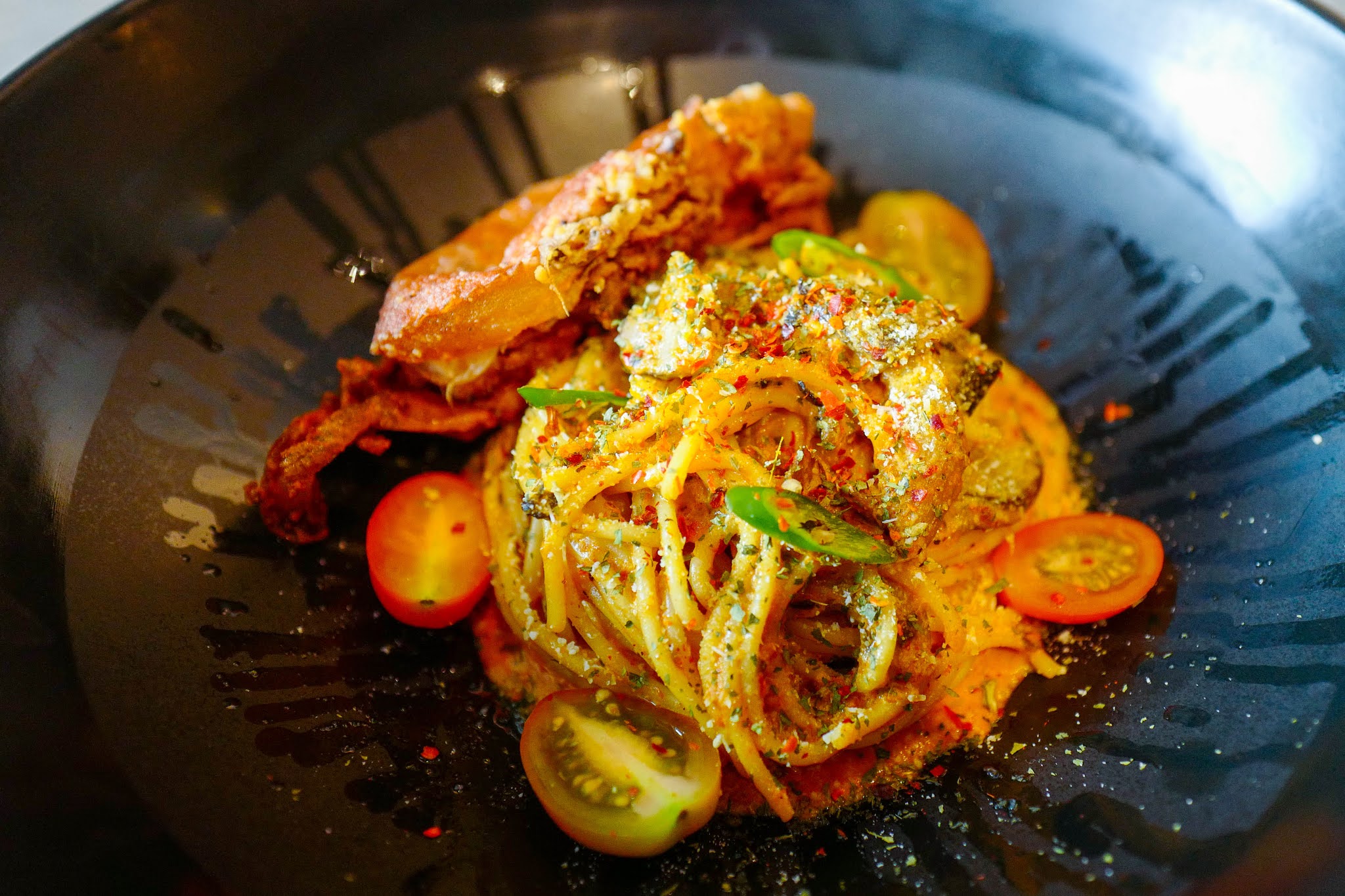 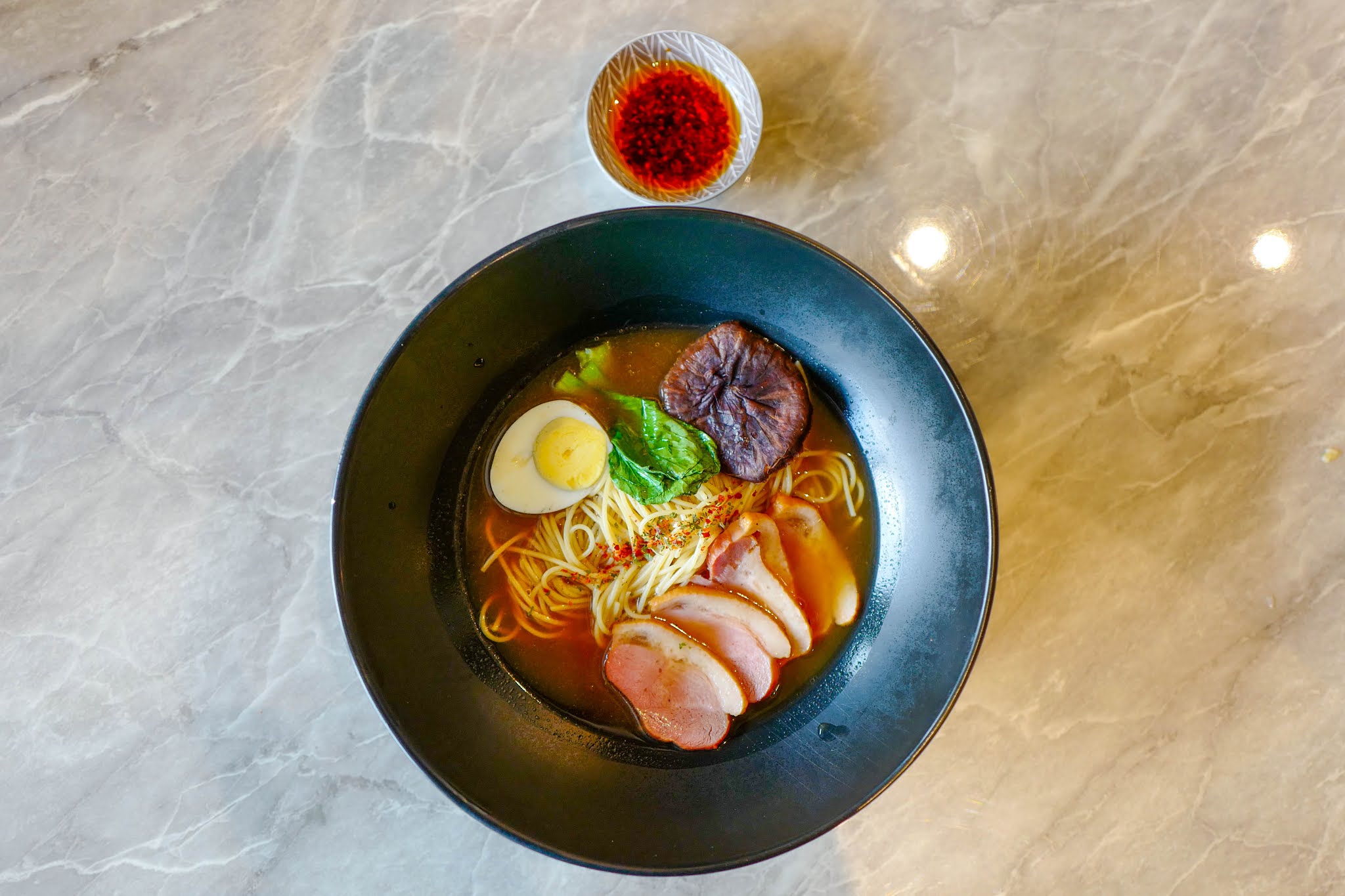 Noodle devotees can choose from East to West, from Fiery Soft Shell Crab Pasta that lives up to the 'fiery' in its name, courtesy of an authentic Malaccan-Portuguese debal curry sauce that does chilli-spiked justice to Kristang culinary traditions, complete with soft-shell crab for the flavour of the sea (RM24.50), to the more soothing Duck Broth Ramen, with slices of smoked duck, egg, vegetables and mushrooms (RM18.50). The ramen reflects the painstaking work and meticulous thoughtfulness of a kitchen that makes all its own sauces - both the mild broth and an accompanying chilli dip are prepared on-site, with a blend of duck stock, miso paste and soy sauce for the steaming-hot soup. The wheat noodles are dunked cold into it, so they retain their smooth firmness to the final strand. 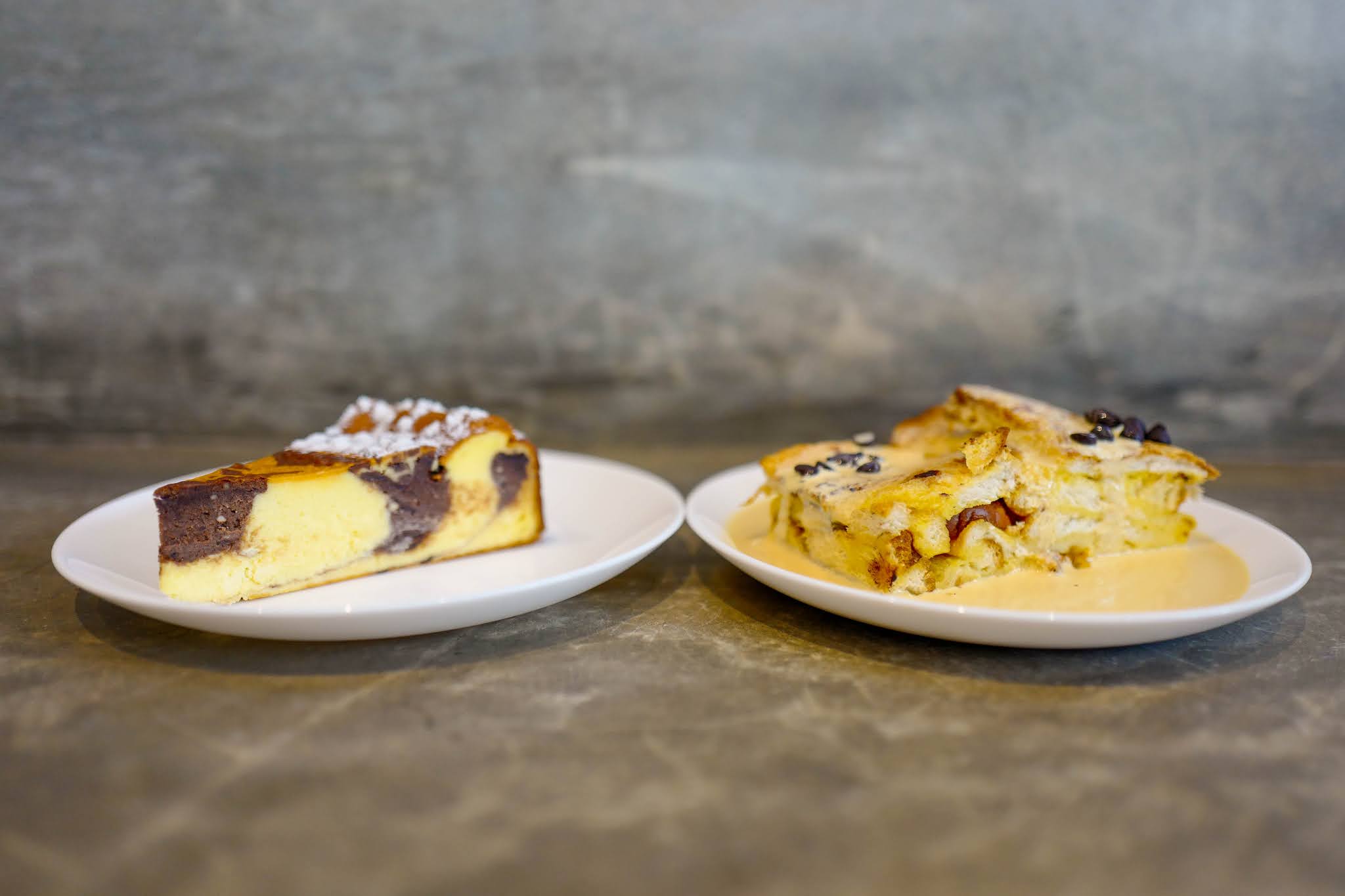 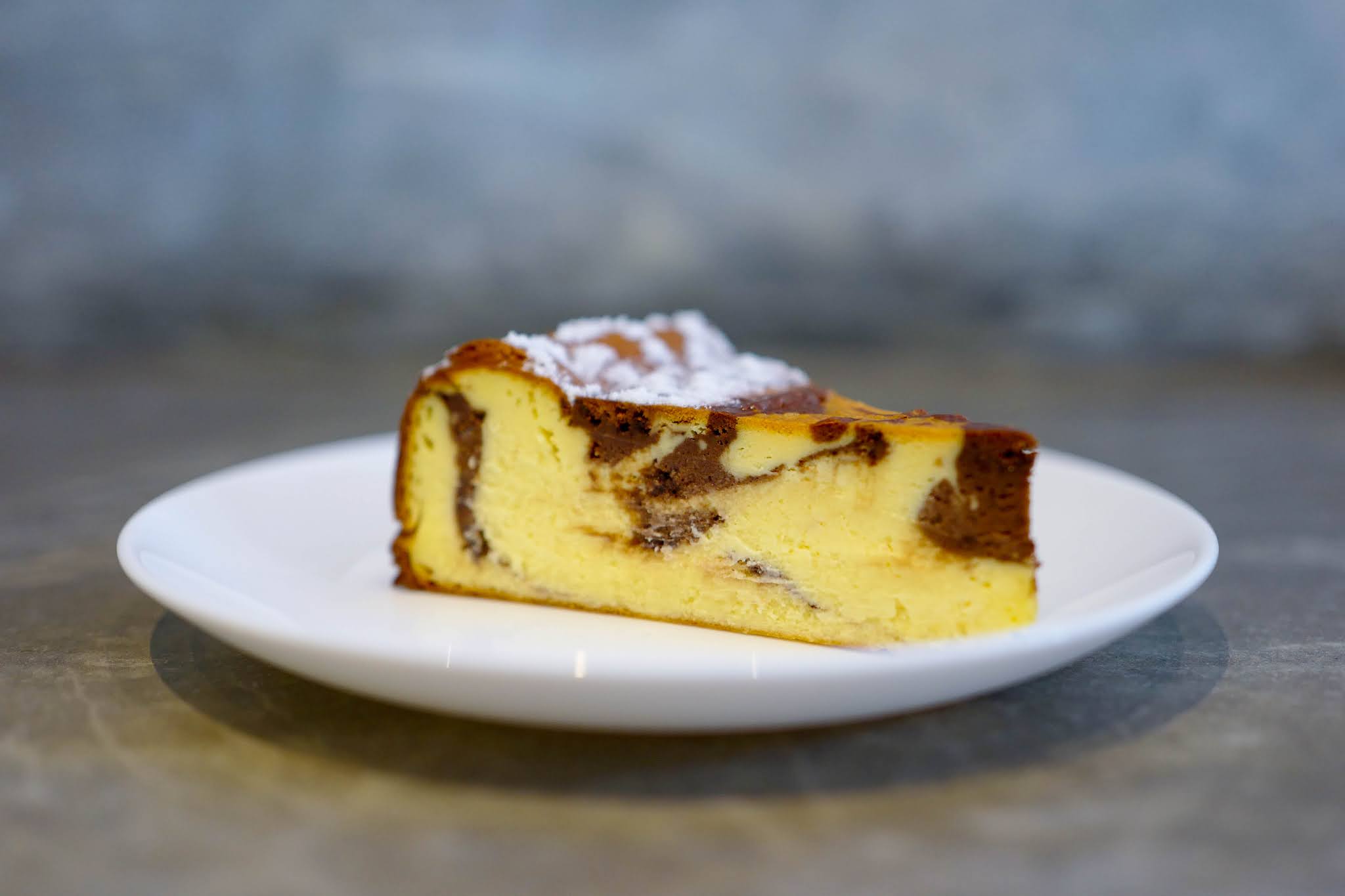 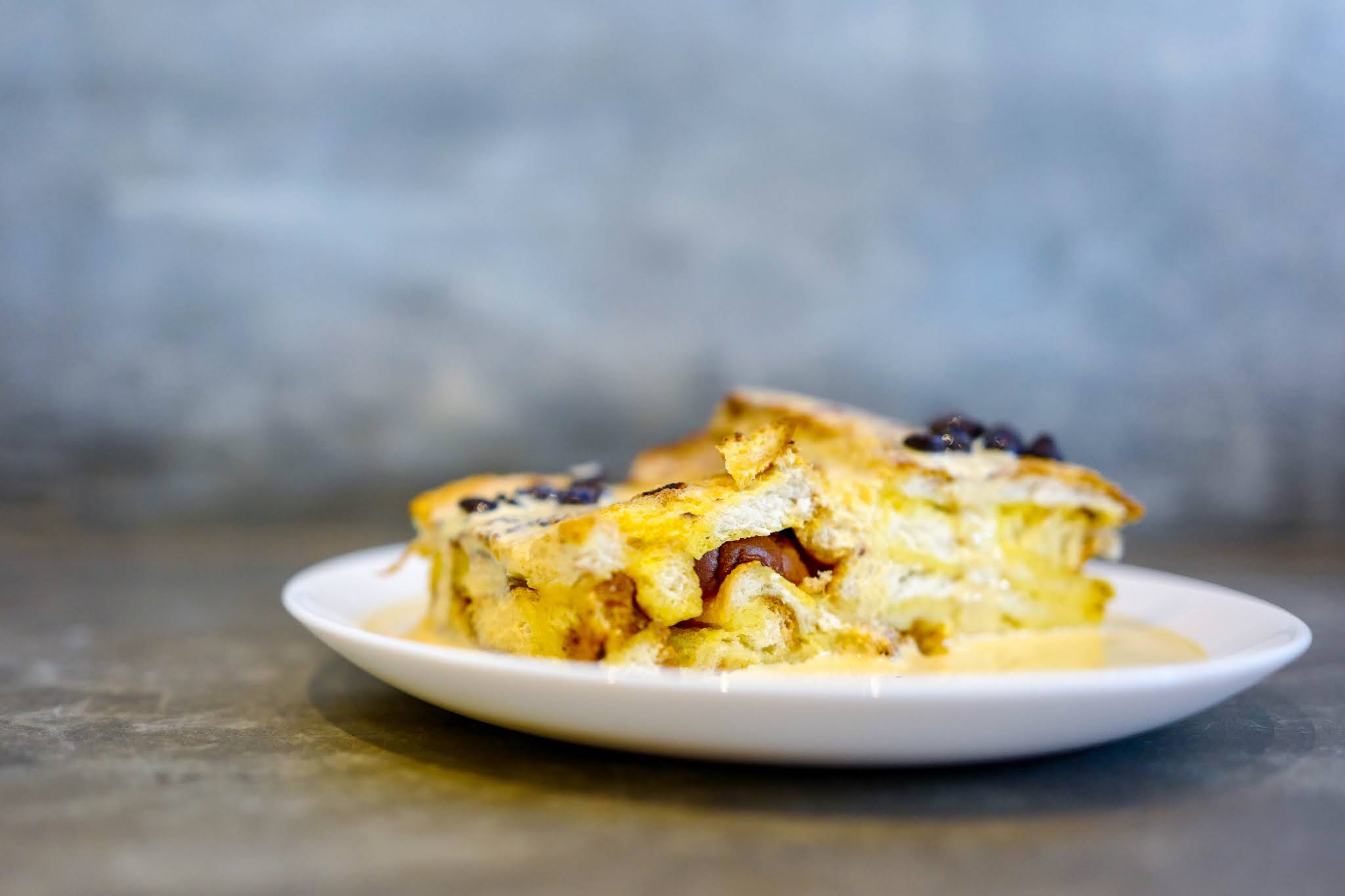 Many of Mun's desserts are similarly baked from scratch here, from the Marble Burnt Cheesecake with chocolate to balance the cheese (RM12) to the Butterscotch Bread & Butter Pudding that's beautifully layered (RM12). And there's still much more to try at Mun - a constellation of temptations that span pasta au ratatouille to shakshouka with house-made sausage, slow-cooked Mediterranean lemon herb chicken to mango-infused lamb shoulder with mango peppercorn sauce. There are also set lunches that change every month, which regulars keep a constant eye on. 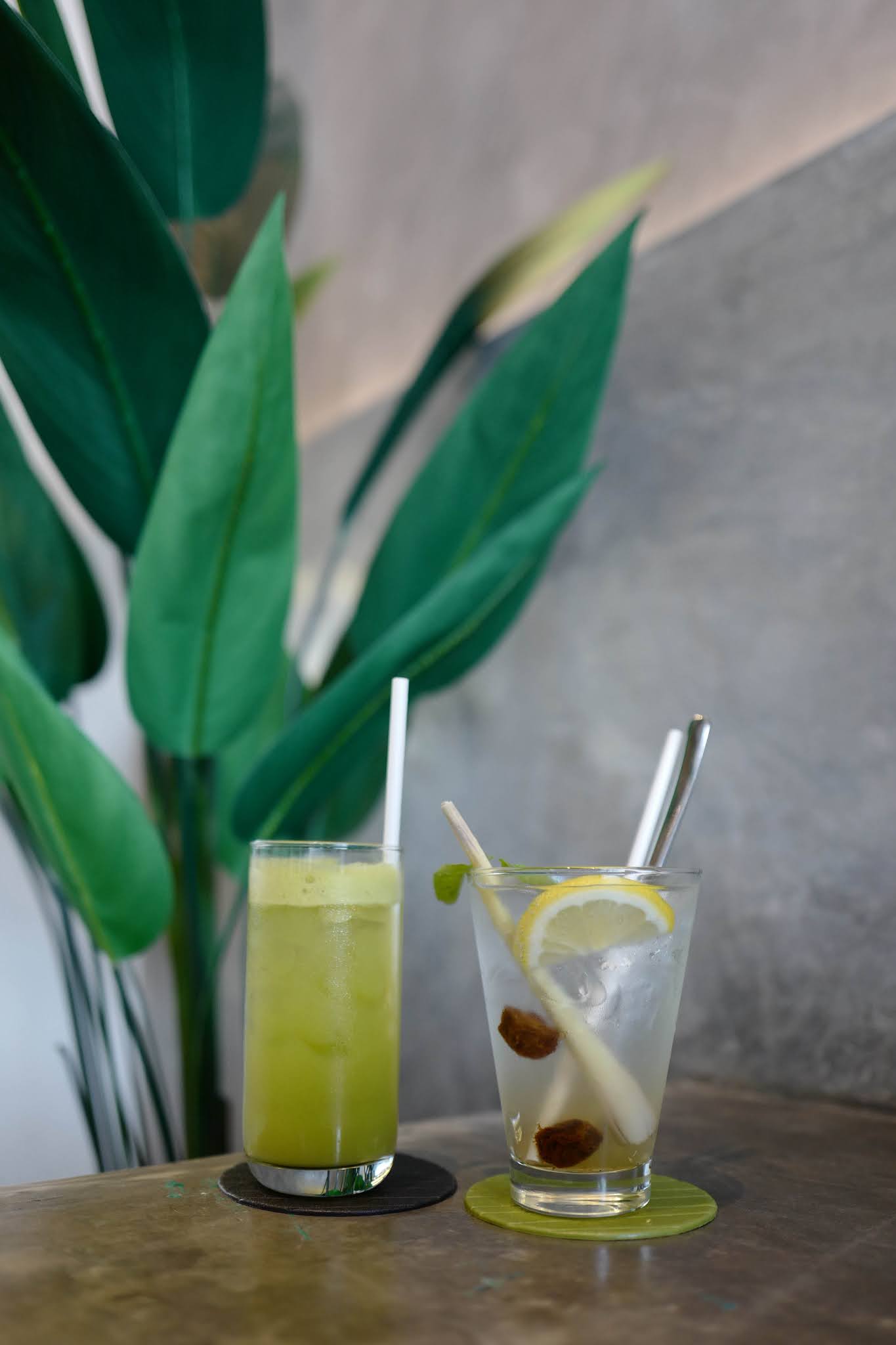 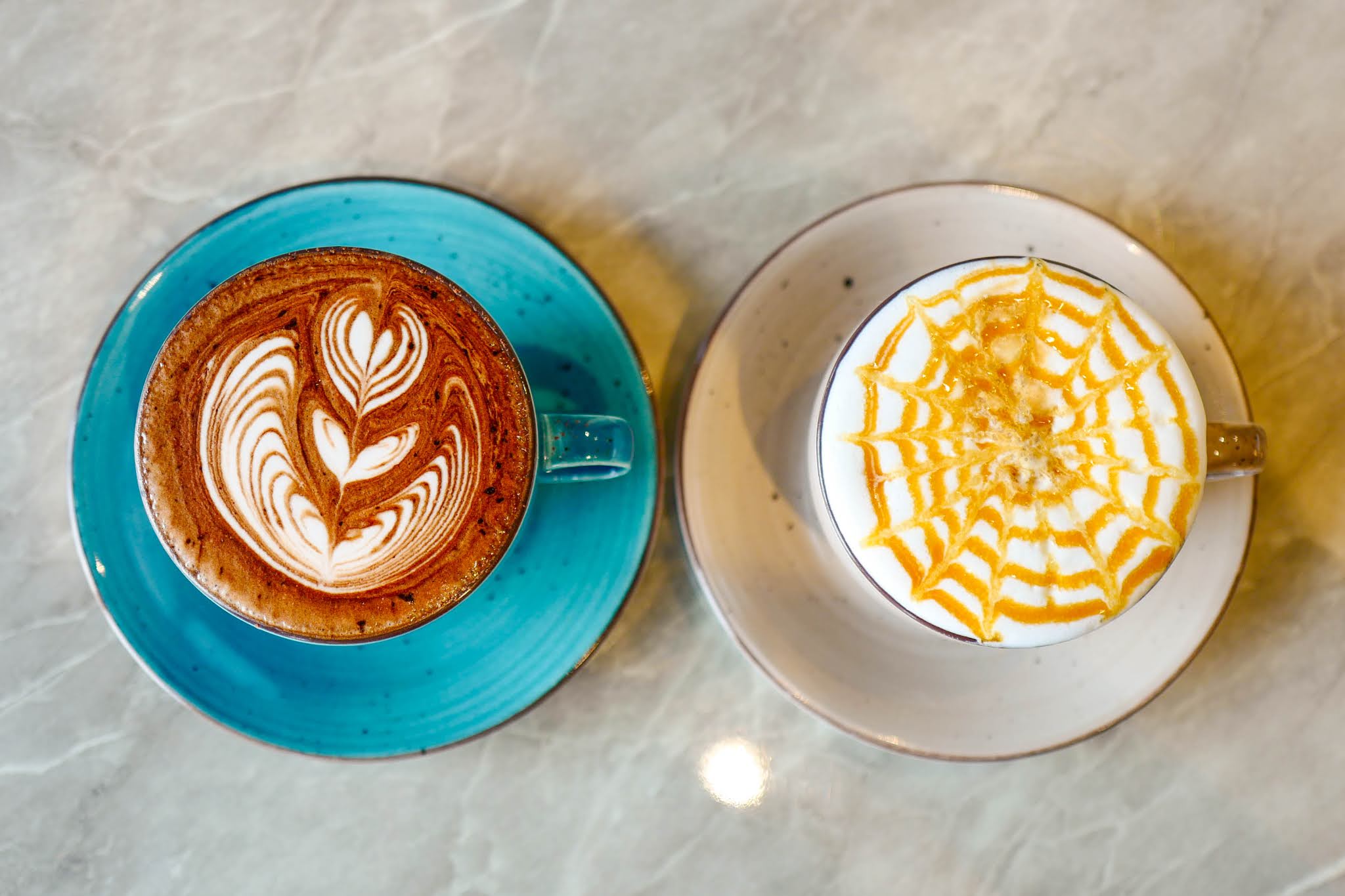 To complement your meal, we like the reviving tang of Mun's house-brewed sodas like the Sour Diesel (RM12; lemongrass with assam boi, mint and lemon) and unmistakably fresh juices such as Green Awakening (RM12; kedondong with assam boi again, plus apples and celery). But with coffee with Mun Coffee's name, it makes sense to order an espresso, latte, or for something more elaborate, the Mocha or Salted Caramel Macchiato (RM12), brewed with single-origin Brazilian beans roasted by KL's own Ghostbird Coffee Company.
All in all, Mun Coffee offers continued hope that Malaysia's next generation of cafe show-runners have the passion and prowess to explore strange new recipes, seek out new inspirations and boldly go where no cafe has gone before. Many thanks to the team here for having us. 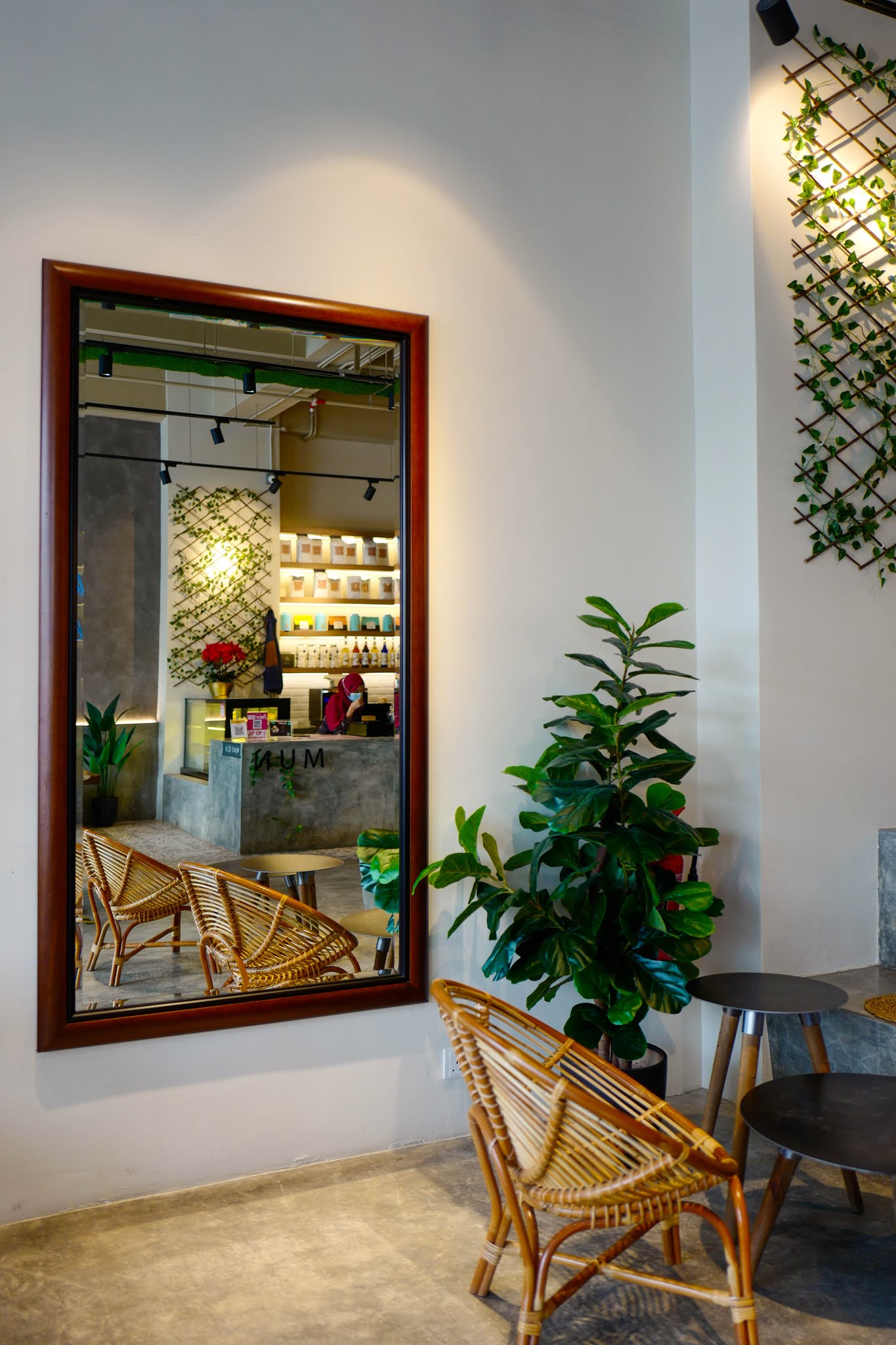 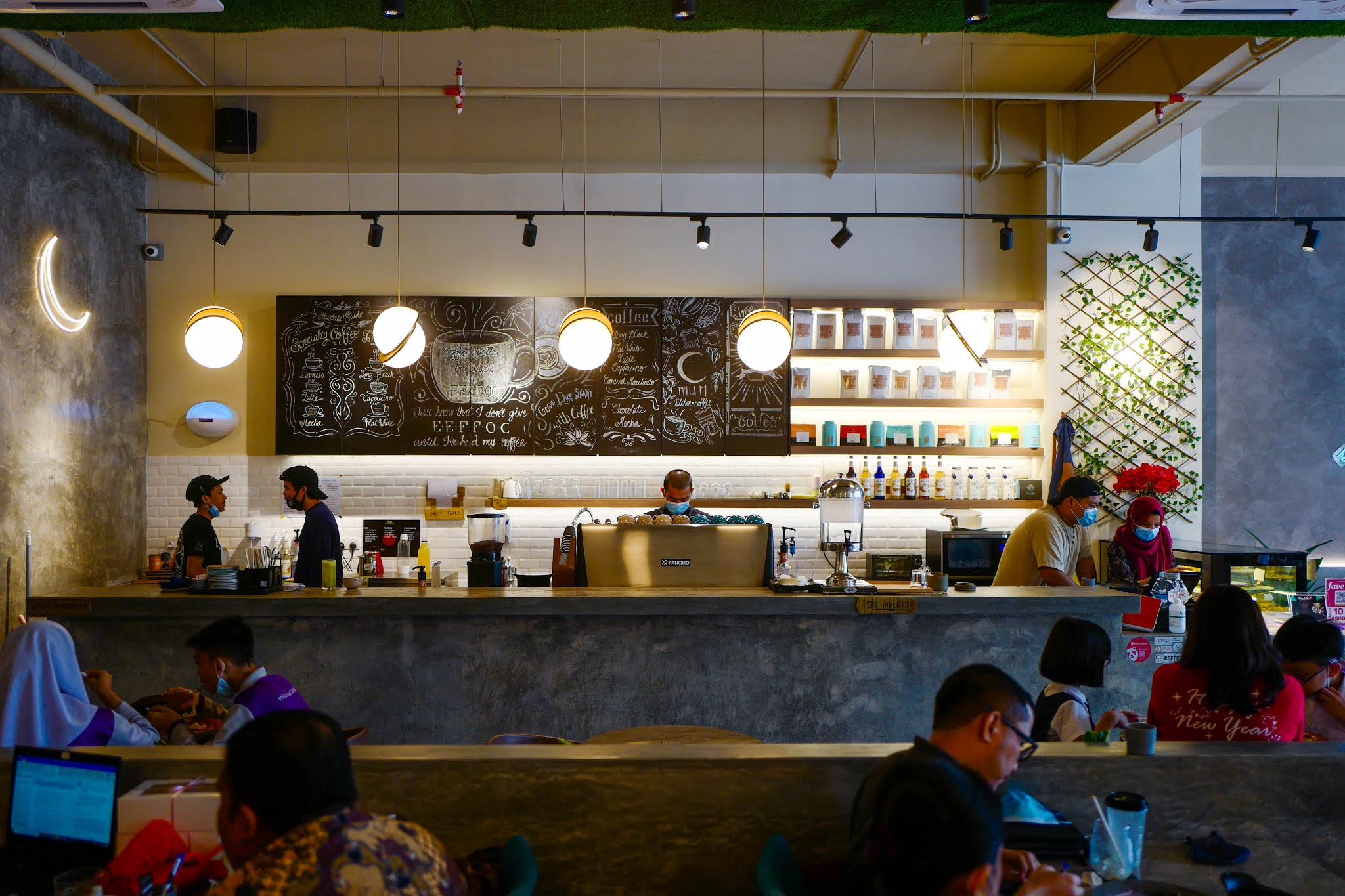