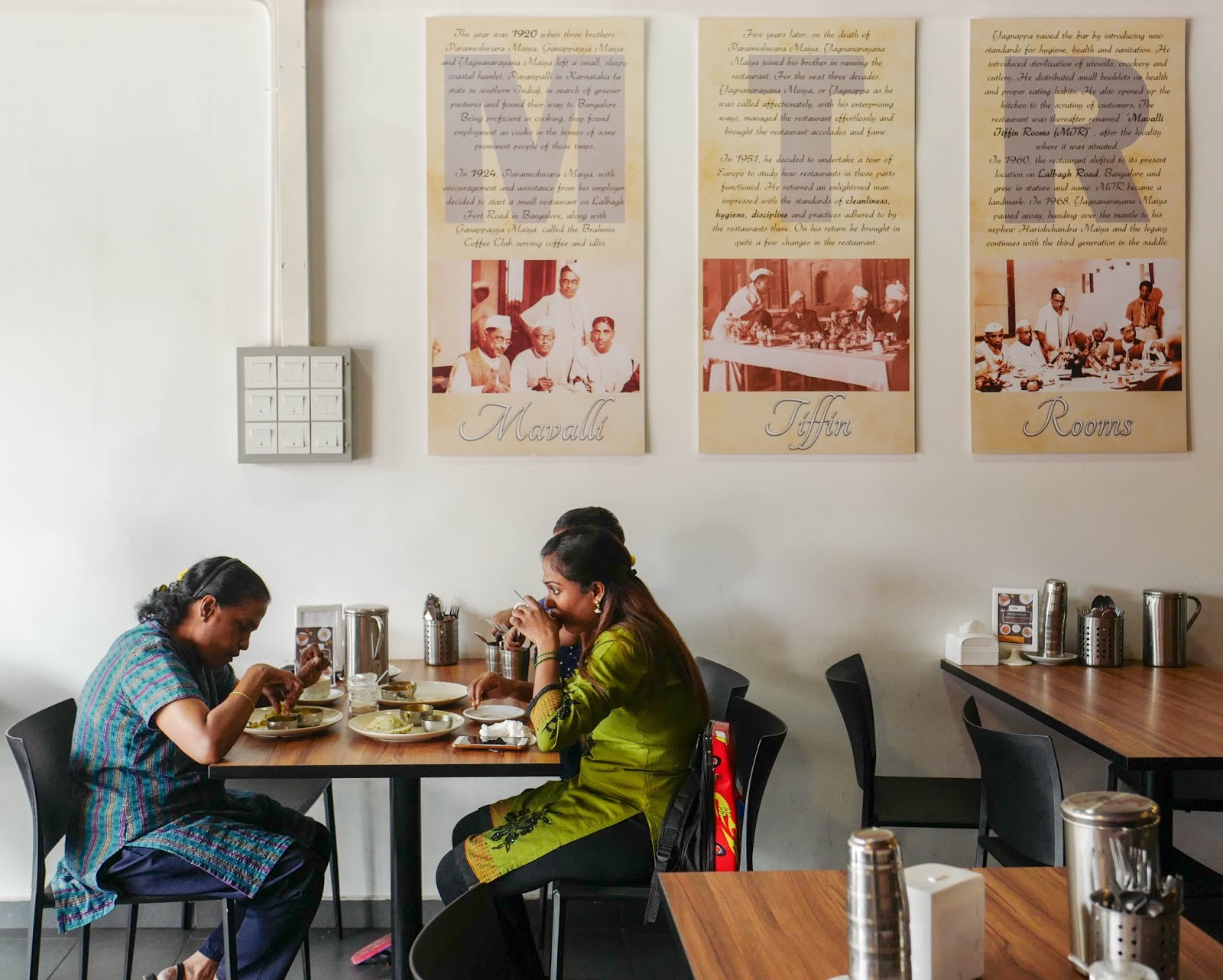 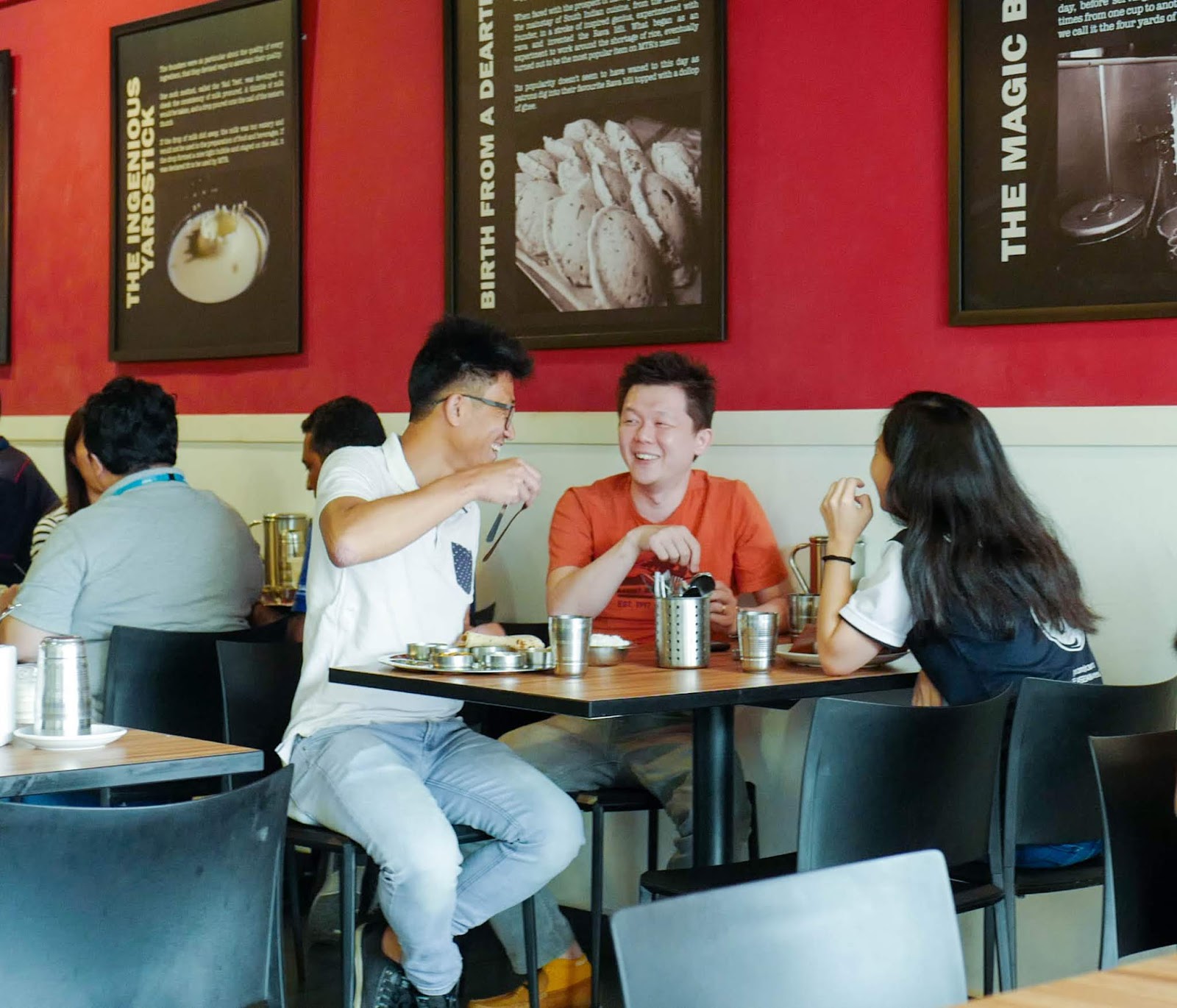 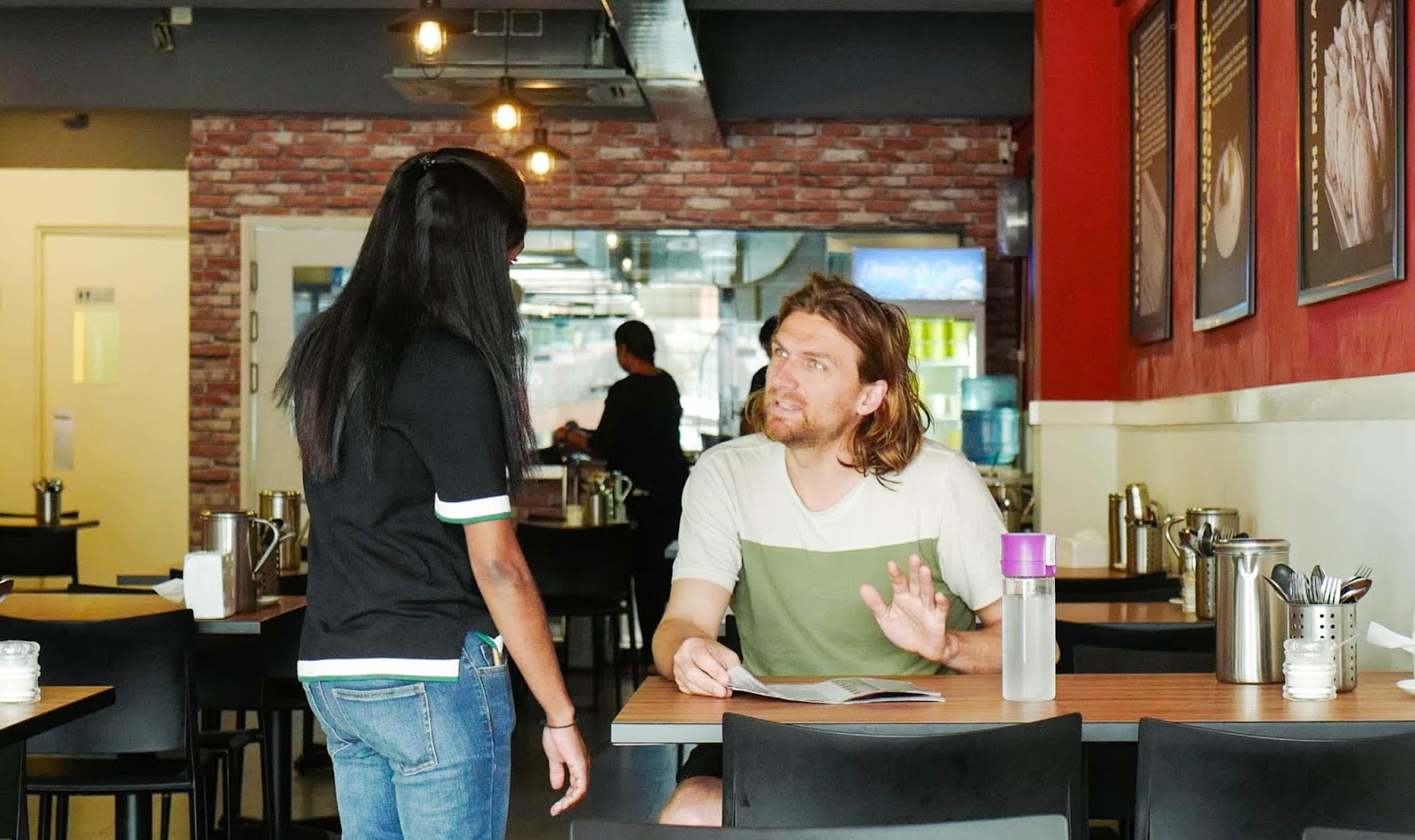 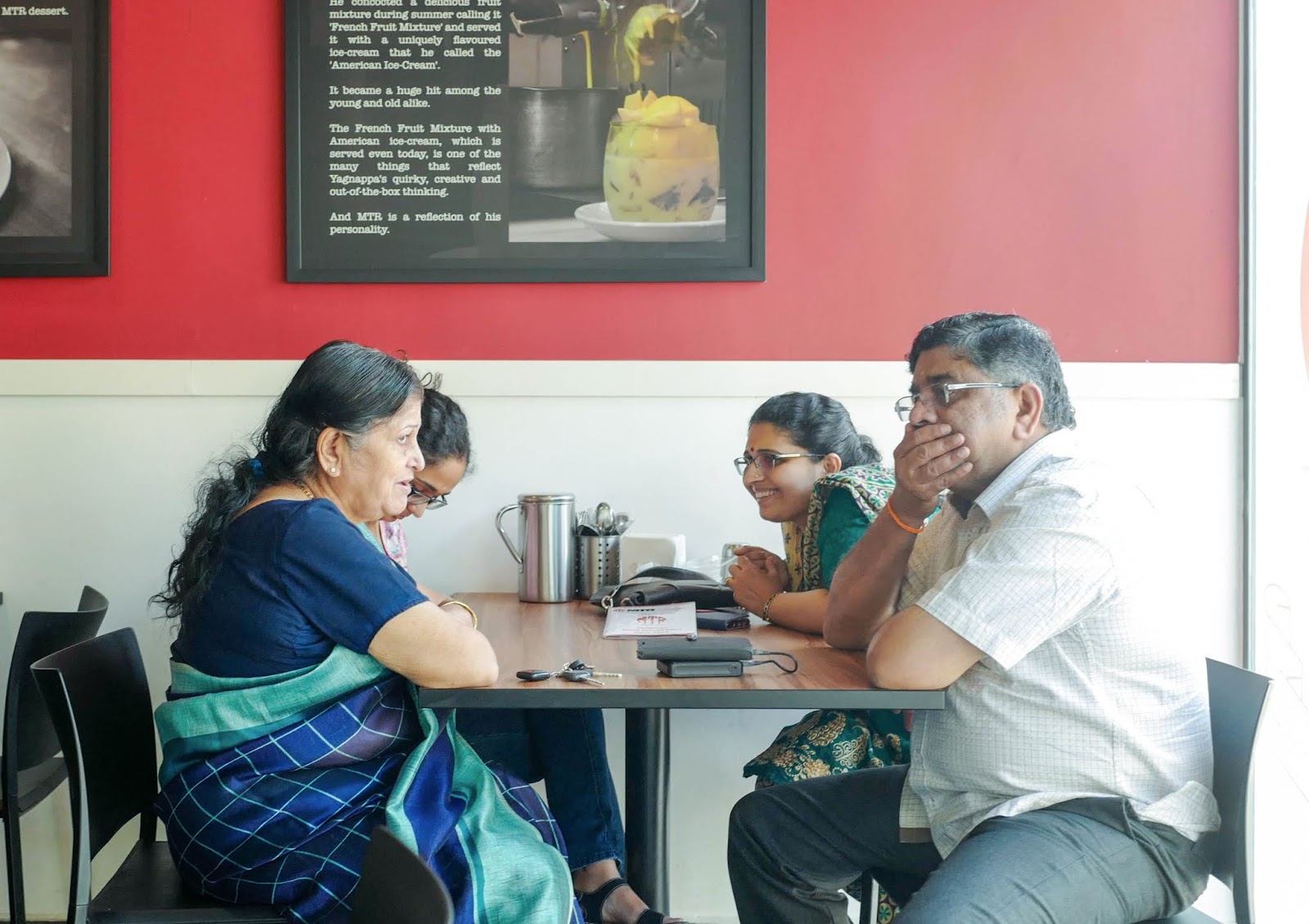 When Vivek Tholasi was barely a teenager in Bangalore, his family's cherished weekend traditions included a visit to his aunt's home, followed by lunch at Mavalli Tiffin Room, better known as MTR. Decades later, Vivek still vividly recalls the snaking queues outside the restaurant, as patient crowds flocked for their fix of the finest dosas, idlys, chandrahara, pakodas and pongal.

The younger Vivek never suspected that he'd someday become linked to the MTR legacy, representing an Indian institution whose heritage stretches back nearly a century, when two brothers first opened a small eatery they called the Brahmin Coffee Club in 1924. In the 1950s, their younger sibling succeeded in modernising the business, turning it into MTR, after touring Europe to explore how restaurants there upheld hygiene and disciplinary standards.

MTR is now run by the third generation of the family that founded it, with nine locations in Bangalore. So far, they've ventured outside the southwestern Indian city only occasionally, each time with closely trusted collaborators, in Singapore, Dubai, and now, Kuala Lumpur, where Vivek and three of his fellow Bangaloreans (Dr Arvind, Praveen and Adarsh) have come together with Jayanthi from Malaysia to launch this country's first MTR 1924.

Given the near-legendary reputation of the brand, it's no surprise that MTR Malaysia hums with life even on a sleepy Friday morning, with a consistent tide of families, friends and curious backpackers. Building a bridge between Bangalore and Brickfields, this venue brings beautifully soulful vegetarian fare to one of KL's most historic neighbourhoods, promising Malaysians an uncompromisingly authentic taste of the culinary experience that has long enraptured countless MTR loyalists in Bangalore and beyond. 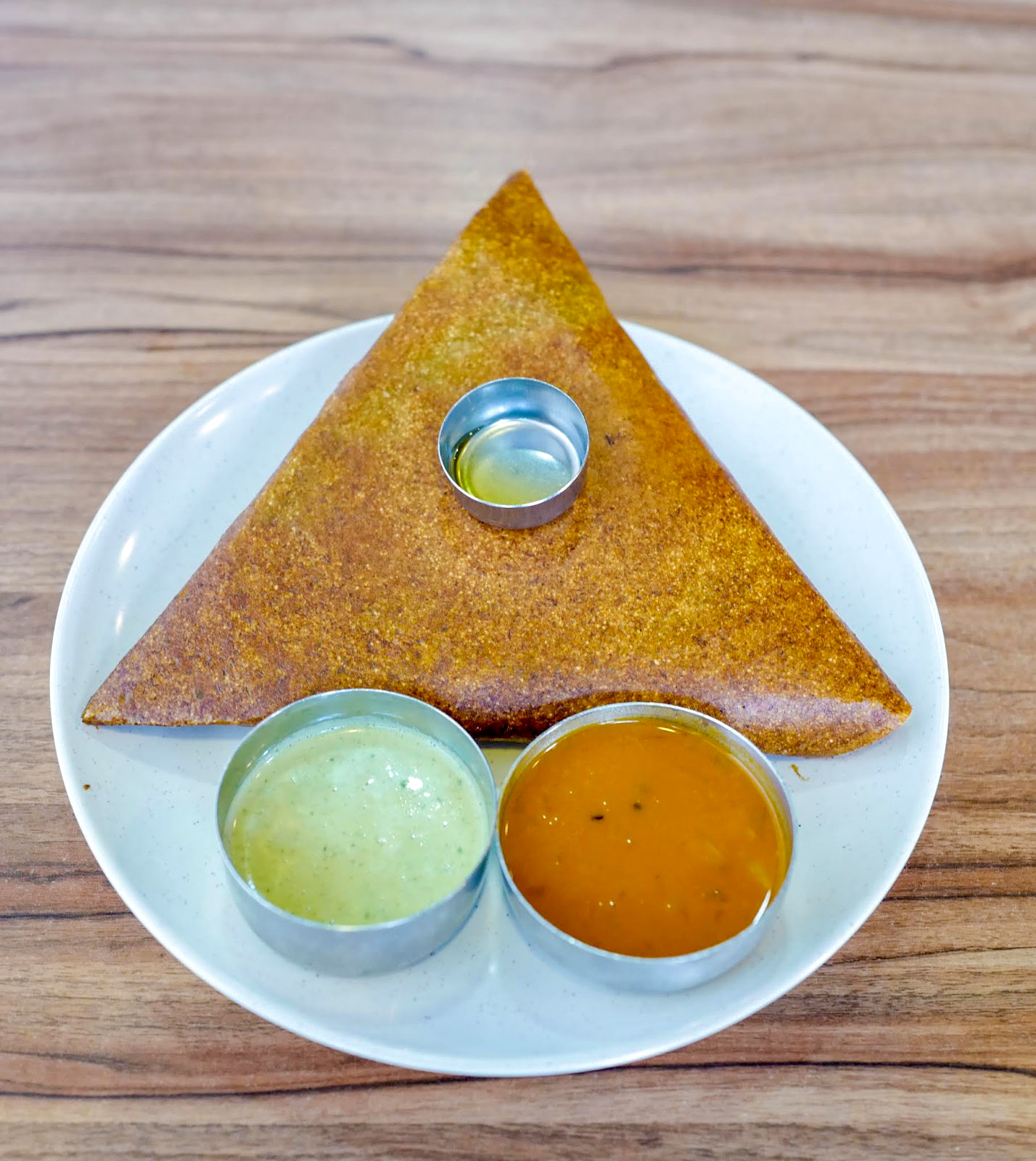 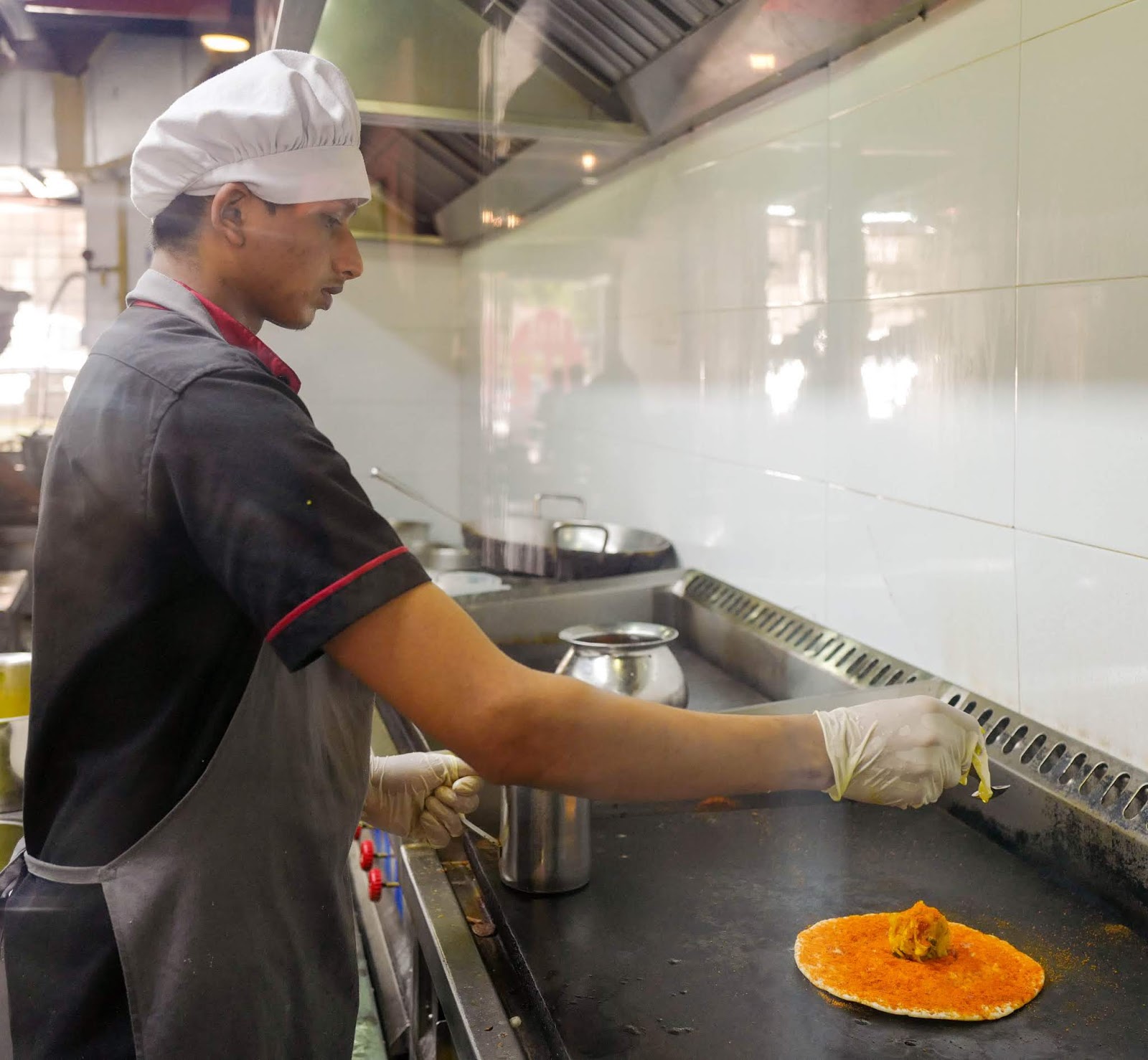 As Vivek enthusiastically pointed out to us when we visited, there are no shortcuts to the taste of tradition, illustrated by posters across MTR's wall that articulate its practices and philosophies. At the back of the restaurant, an open kitchen with griddles galore lays bare the meticulous work performed by the culinary brigade, whose every member either hails from Bangalore or was vigorously trained by MTR on its home turf - their tutelage can take up to eight years, nearly equalling the methodical perseverance of sushi chefs.

The result - epitomised by a flagship recipe like masala dosa - might seem deceptively basic, but much like Japanese fare, there's supreme sophistication in this simplicity. Core components of the cooking are imported from India, more regularly than necessary simply to ensure freshness. From the pulses to the ghee and the heady spices, if you weren't visiting MTR in Brickfields, you'd probably need a plane ticket to India's Karnataka state (or at least, to MTR Singapore) to experience these ingredients at their pinnacle and prime. Quality genuinely is paramount.

Back to the masala dosa (as well as the aforementioned ghee), it's a firm favourite for remarkable reasons - the triangle-shaped, golden-hued surface looks like pure perfection, and it tastes so too. Smoothly crisp to the bite, this pancake made of rice batter, black grams and other grains and cereals conceals a velvety stuffing of potatoes, a multi-dimensional pleasure even on its own.

But take the thimble of ghee - pure clarified butter, brought in from Bangalore for its peerless viscosity - and splash it over the pancake, and you'll be making a moreish marvel of even richer depth and nuance. The green chilli chutney and lentil sambar on the side help bring an invigorating sense of balance to the medley. For RM8.50, it's a treat to keep returning for. 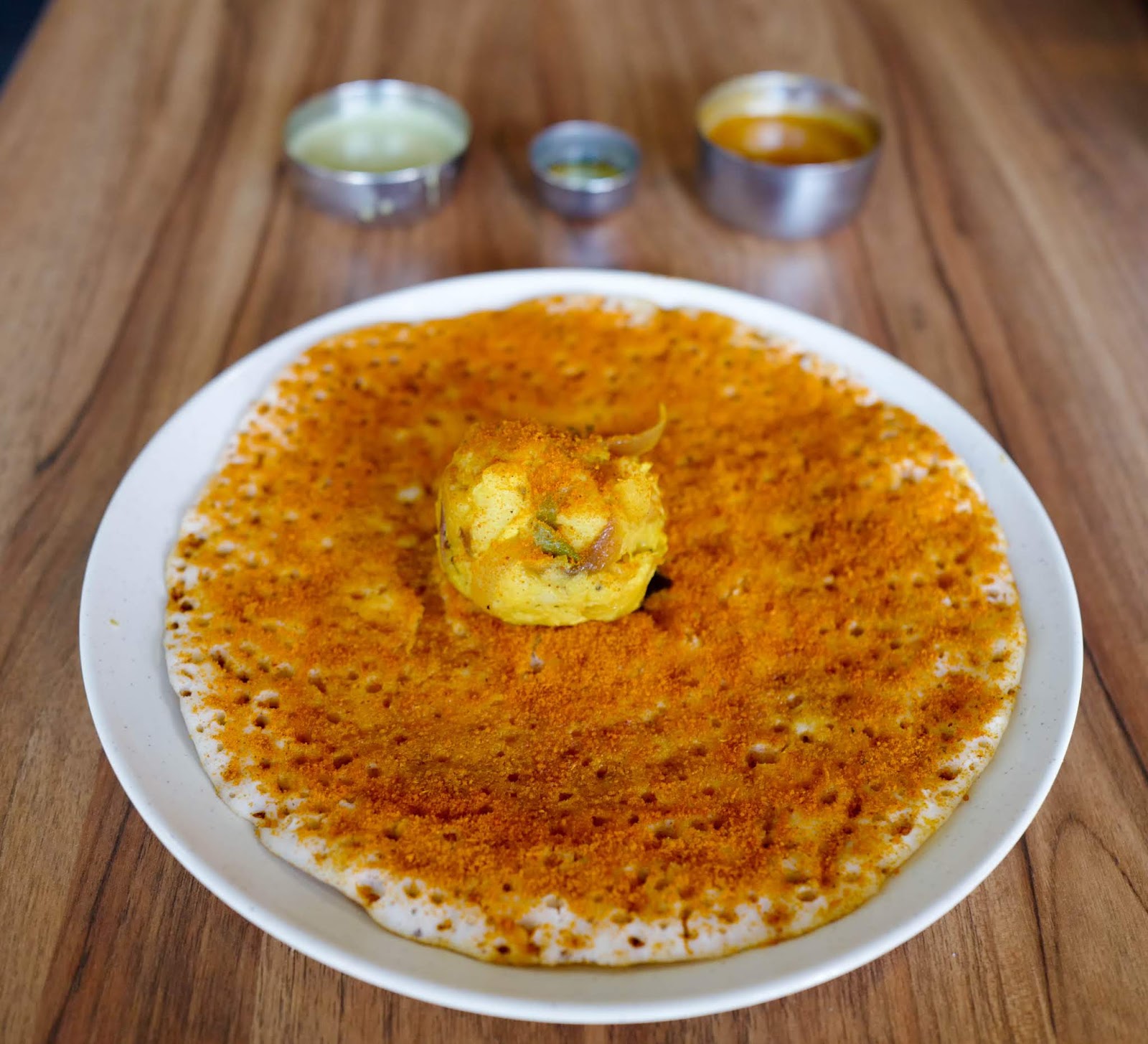 More dosa? Sinful as that might sound, you probably should also sample the Pudi Dosa (RM10.50), originally conceived in MTR Singapore, a thicker, circular crepe for folks who relish a lusciously fluffy, flavoursome chew, blanketed in a turmeric-spiked spice mix, also married immaculately to ghee, chutney and sambar. With every dosa here freshly prepared in small batches throughout business hours (customers might need to wait up to 15 minutes at peak times), it's a dose of reliably delectable goodness each time.

All in all, there's no shortage of dosa varieties in MTR's arsenal (more than one for every day of the week), from benne dosa to onion rava dosa, each displaying distinctively different batters that take two to three hours to churn out, rounded out with the likes of unsalted white butter, chopped onions, cumin seeds and more. That painstaking mastery of batters is a prerequisite for MTR's cooks, partly explaining the extent of their skills, hitting it passionately out of the park for taste and texture. 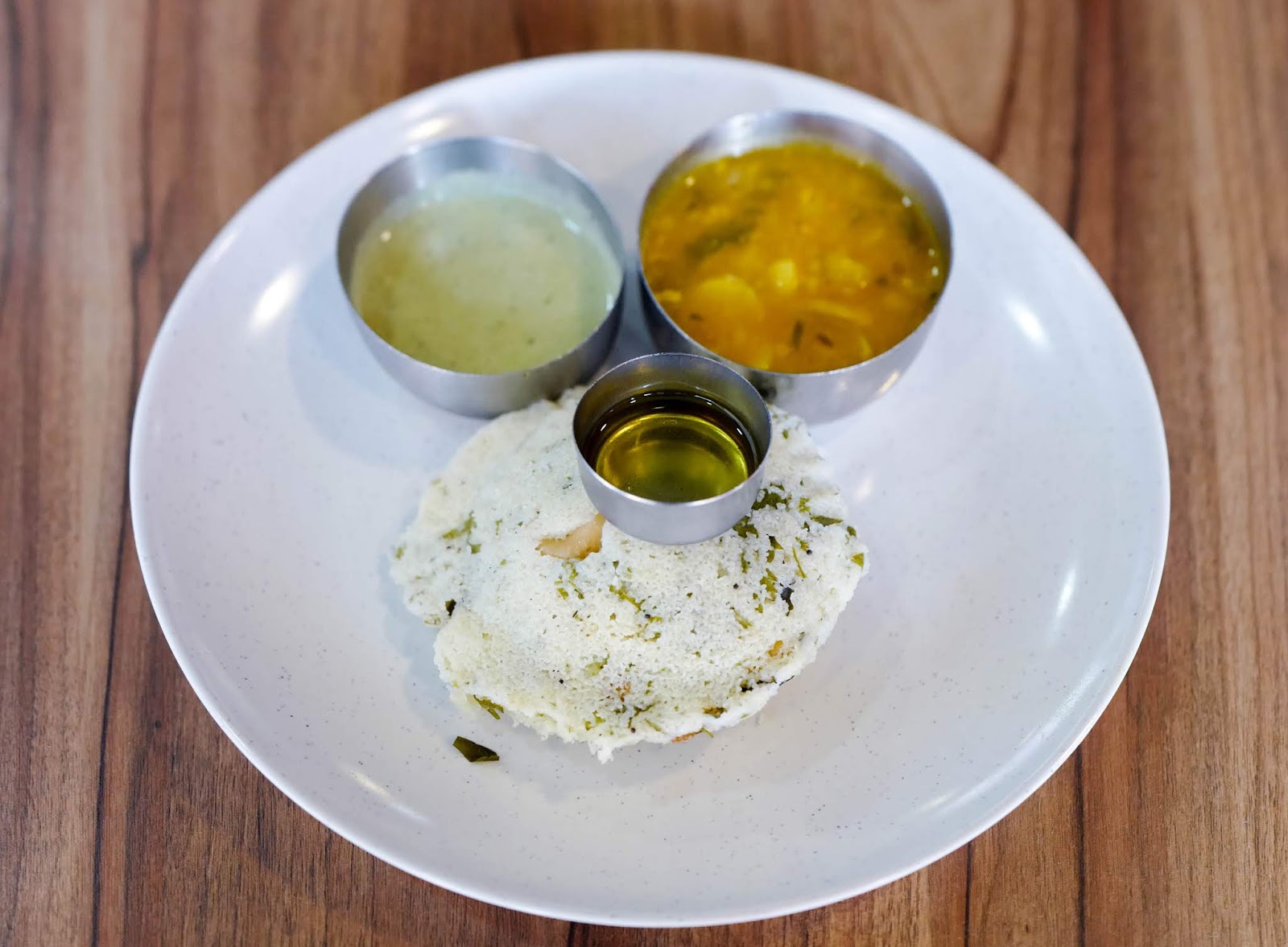 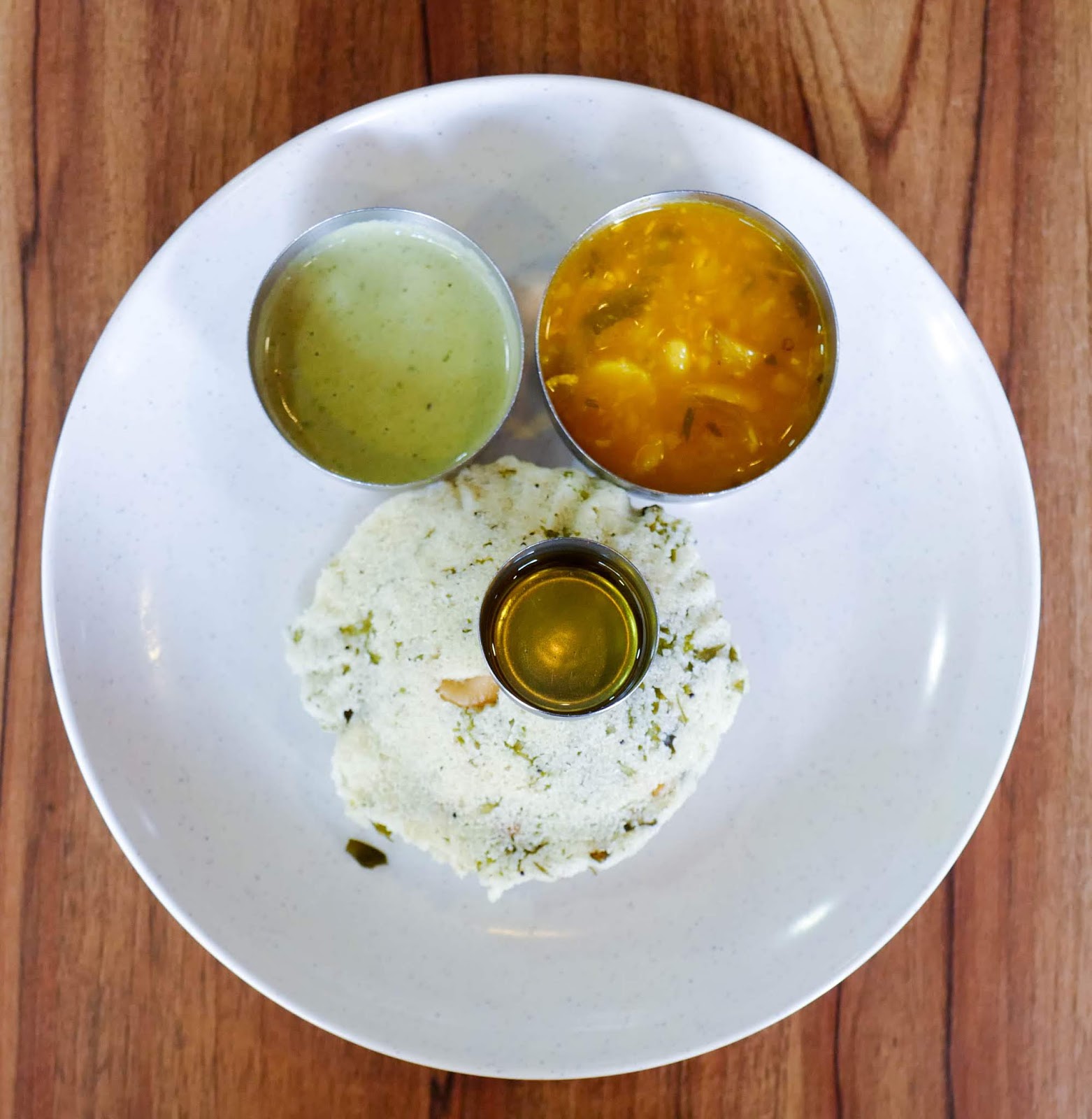 The Rava Idly (RM7.50) has an intriguing background that belies its rustic appearance; it originated in MTR in the throes of World War II, when rice was rationed and food prices were strictly controlled. MTR's trail-blazers had the ingenuity to turn to semolina instead of rice to concoct these steamed savoury cakes, flavoured with masala seasoning, finished with yogurt, coriander, cashew nuts, curry leaves, and mustard seeds, with accompaniments that include potato curry-like sagu. Born creatively out of necessity, now widely imitated in India and elsewhere â€“ the stories behind the food here are often compelling, capturing the breadth of an entire region's cultural and culinary history. 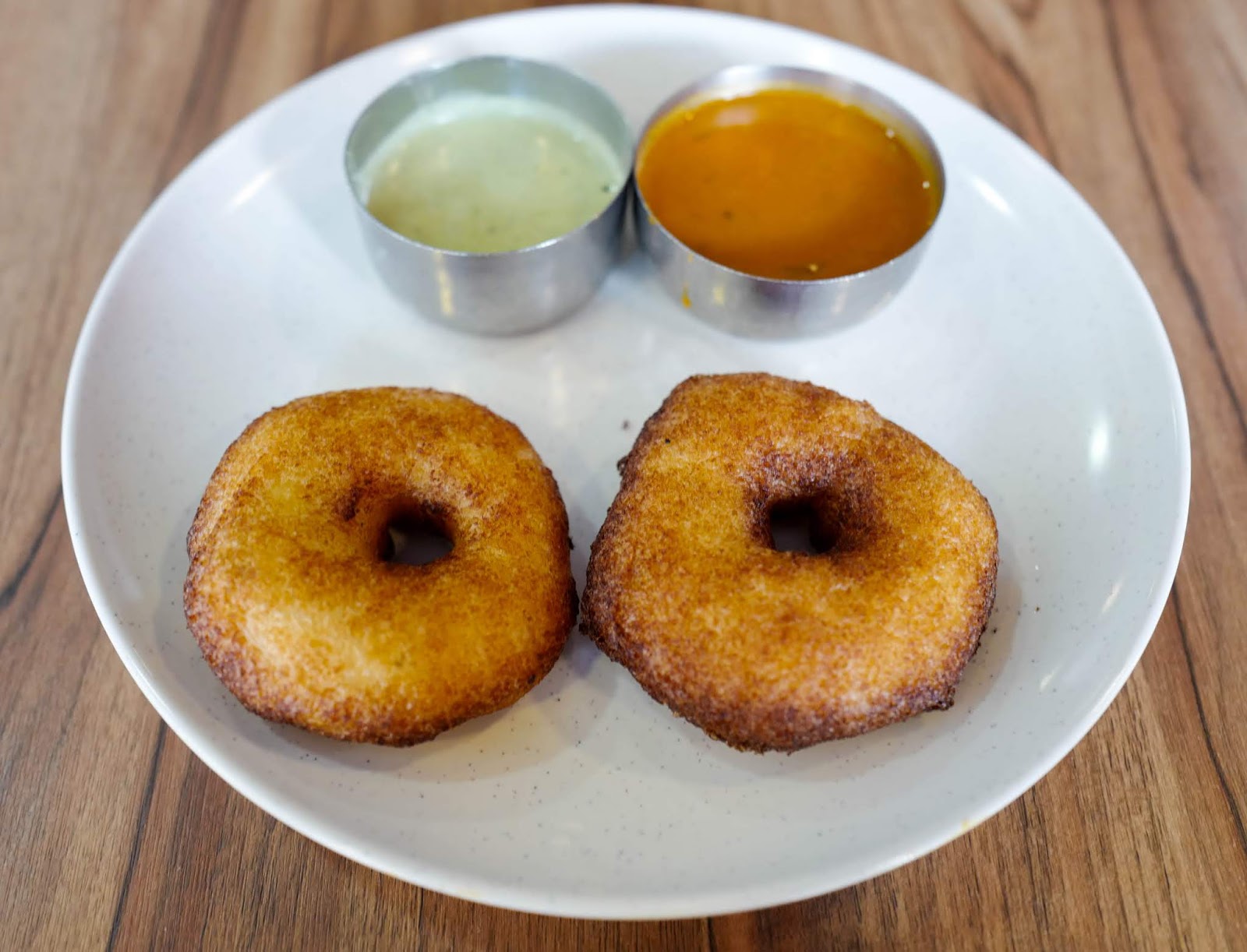 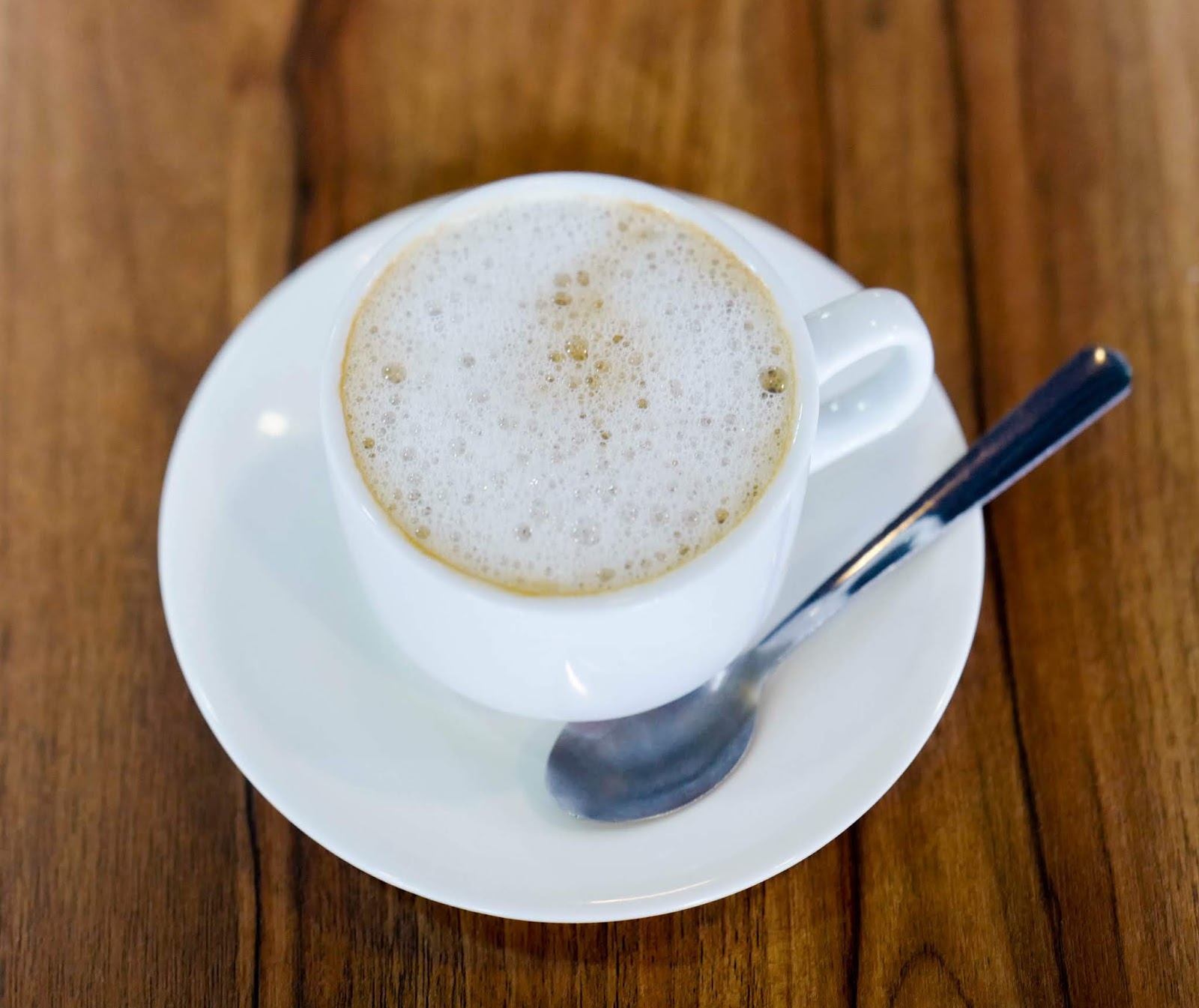 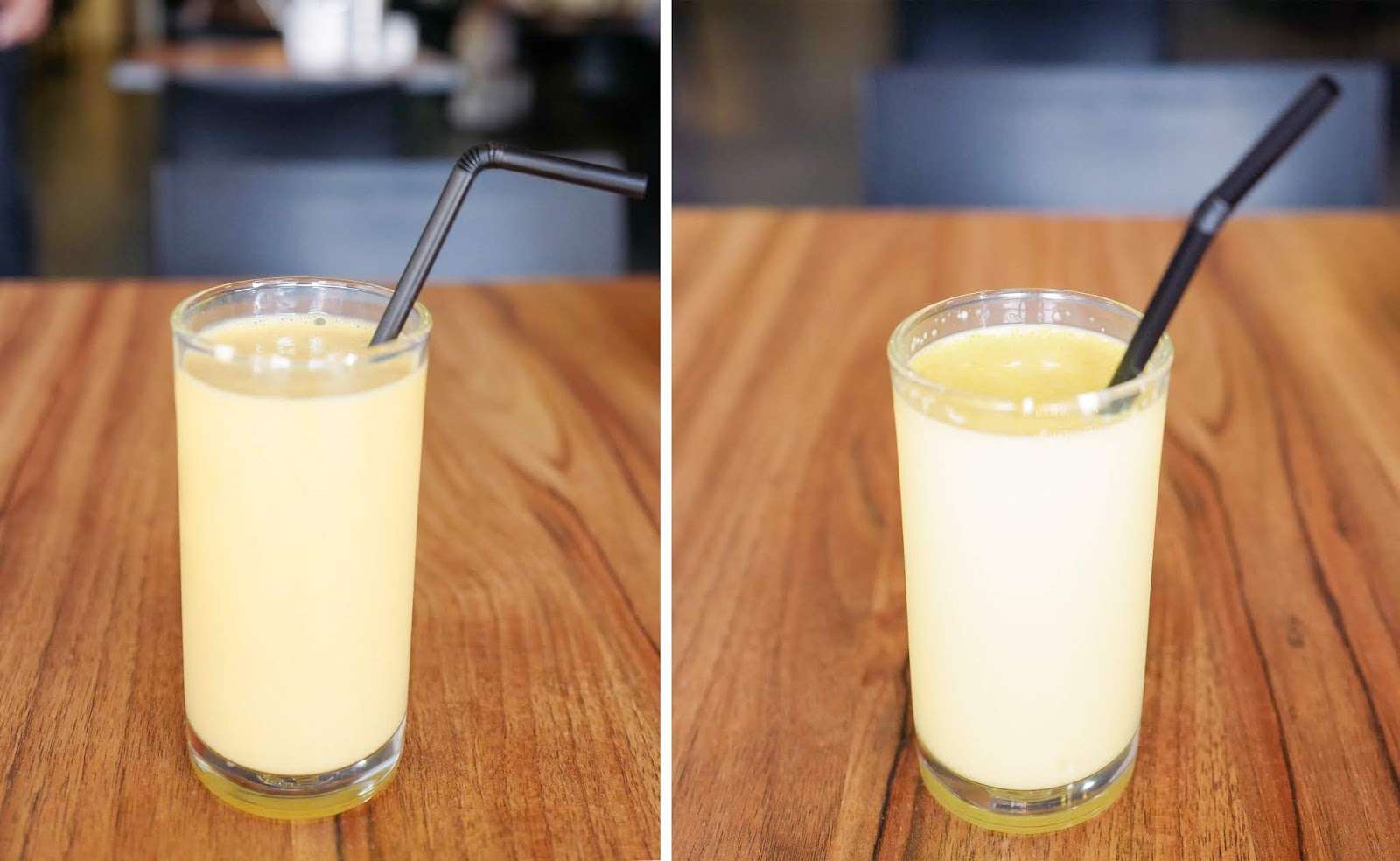 The MTR magic extends to the rest of its menu, spanning bajji to uttapam to the uddin vada (RM3.30 each) - fried urad dal (black gram lentil) doughnut-shaped fritters, their firm exterior yielding to indulgent softness within. Exceeding expectations in every respect, from conception to consistency of execution, it's a teatime snack to keep in mind.

Comfort fare at its nurturing best, the Bisi Bele Bhath (RM9) conveys the essence of how our favourite foods can taste so intimately personal, sustaining us through tough times. Rice, lentils, vegetables and spices, cooked together with nutmeg, curry leaves and tamarind pulp, paired with a curd-and-onion raita, blending the virtues of stews and porridges in a manner that evokes the warmth of home and hearth. At below RM10, it's a bargain.

Some customers come in purely for coffee, which is no head-scratcher either, since MTR's Filter Coffee (RM5.20) is revered as anything else offered here, made with Arabica beans that have been sourced from the same southern Indian coffee estate since shortly after the nation's independence, brewed with a time-honoured Indian filter, mixed with frothed and boiled milk. Guaranteed to get you awake and going.

Alternatively, you won't go wrong with the reviving allure of the Pistachio Lassi, a soothing duet between the tangy and the nutty (RM11), or the Cold Badam Milk, with its harmonious notes of almonds, saffron and cardamom (RM9.50). 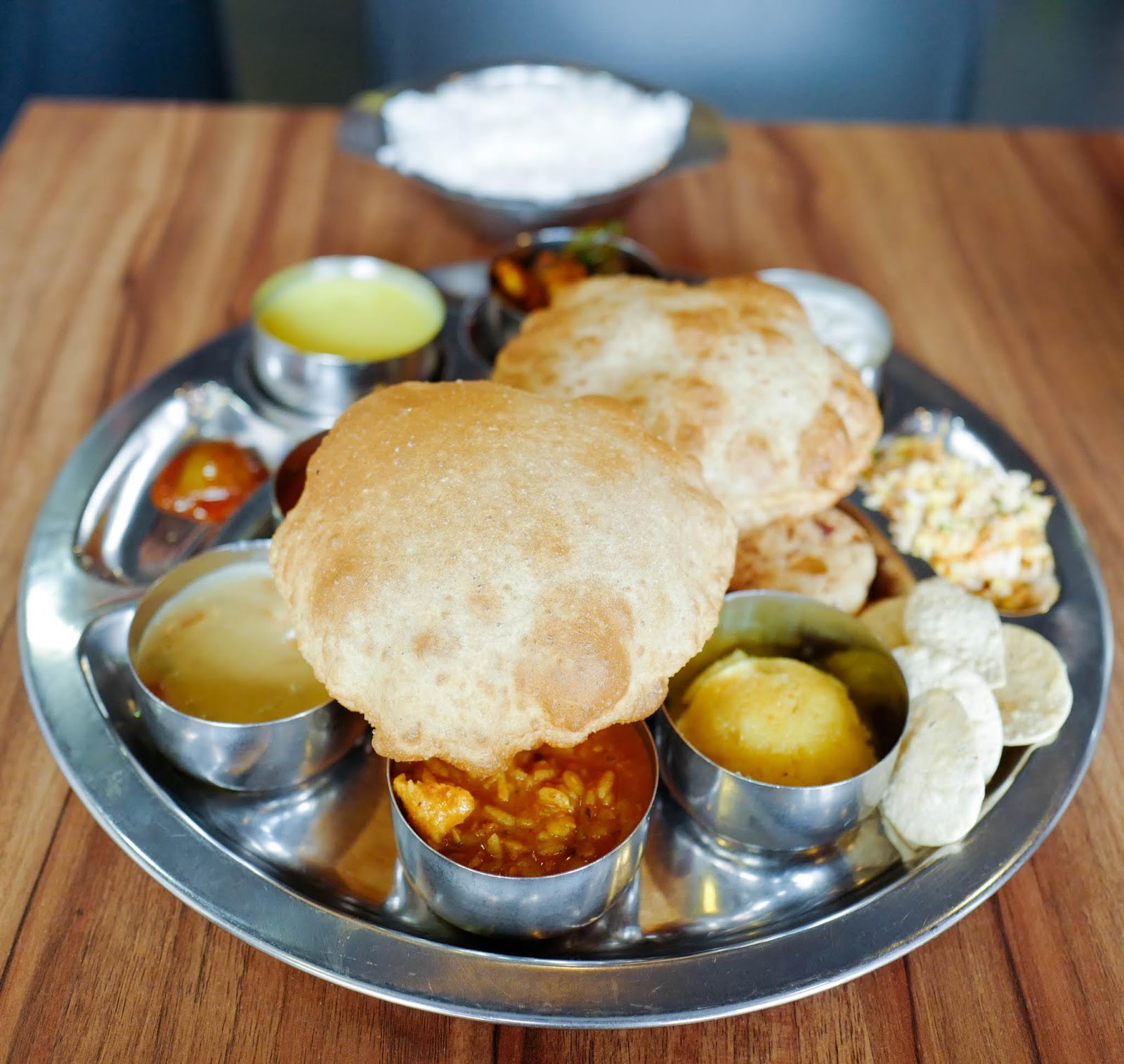 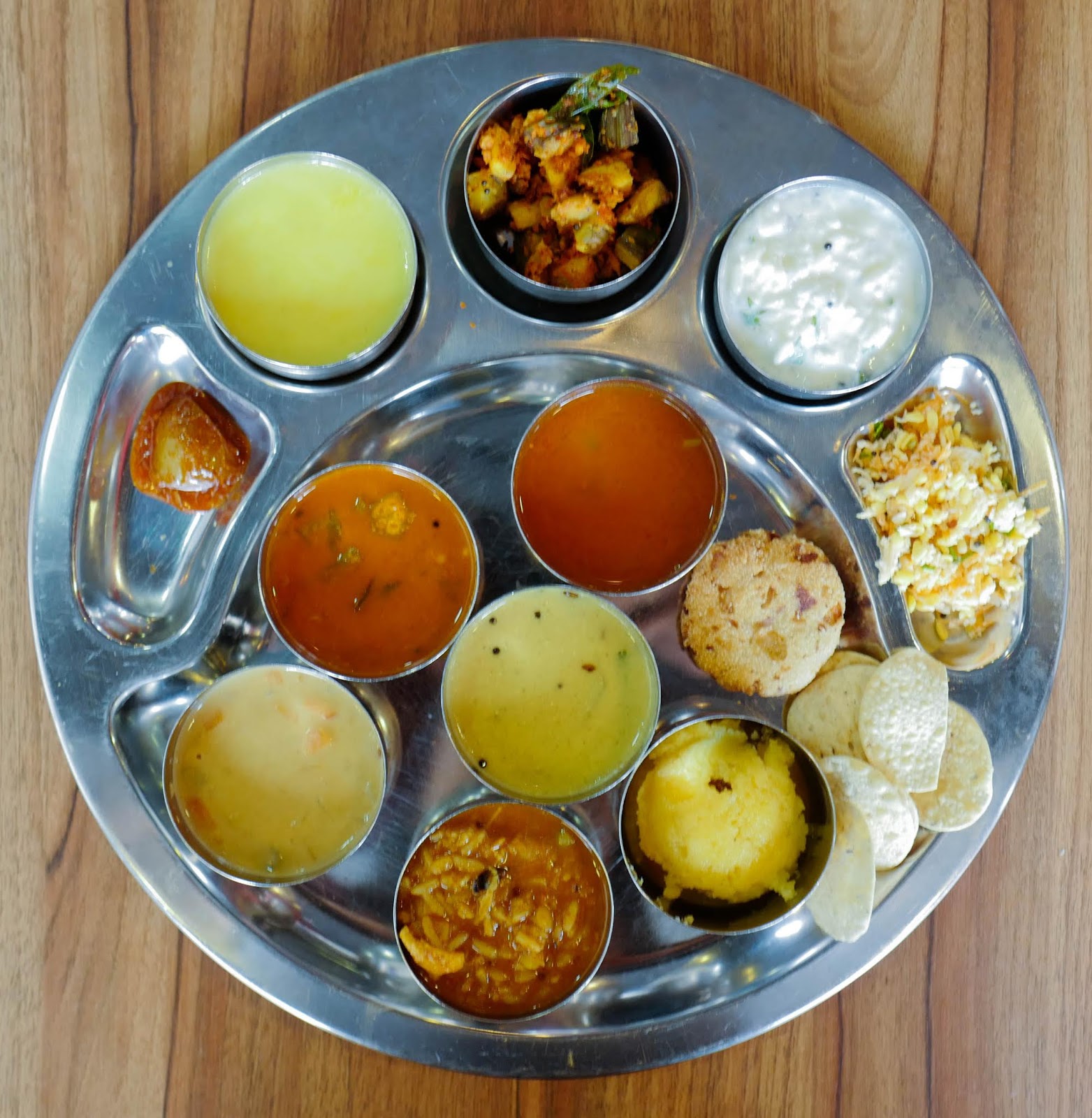 If you're the sort (like us) who want to sample a lot in one sitting, the Special Mini Meals are your best bet - more mighty than mini, the thali-style platter is heaving with an encyclopedic ensemble of (deep breath!) kosambari salad, palya, vegetable sagu, bisi bele bhath, plain rice, curd rice, sambar, rasam, papad, pickles, payasam and dessert, plus your choice of dosa, poori, or chapati - again, not a bad deal at all for RM18, available during lunch (11:30am-3:30pm) and dinner (7:30pm-10:30pm). It's a voyage through a ravishing spectrum of classic cooking, a journey we'd eagerly embark on repeatedly.


MTR has more than stood the test of time in its home country; while it's impossible to forecast whether the brand will endure beyond our own lifetimes in KL as well, we think many Malaysians will fall in lust and love with the captivating food here too. Many thanks to MTR for having us. 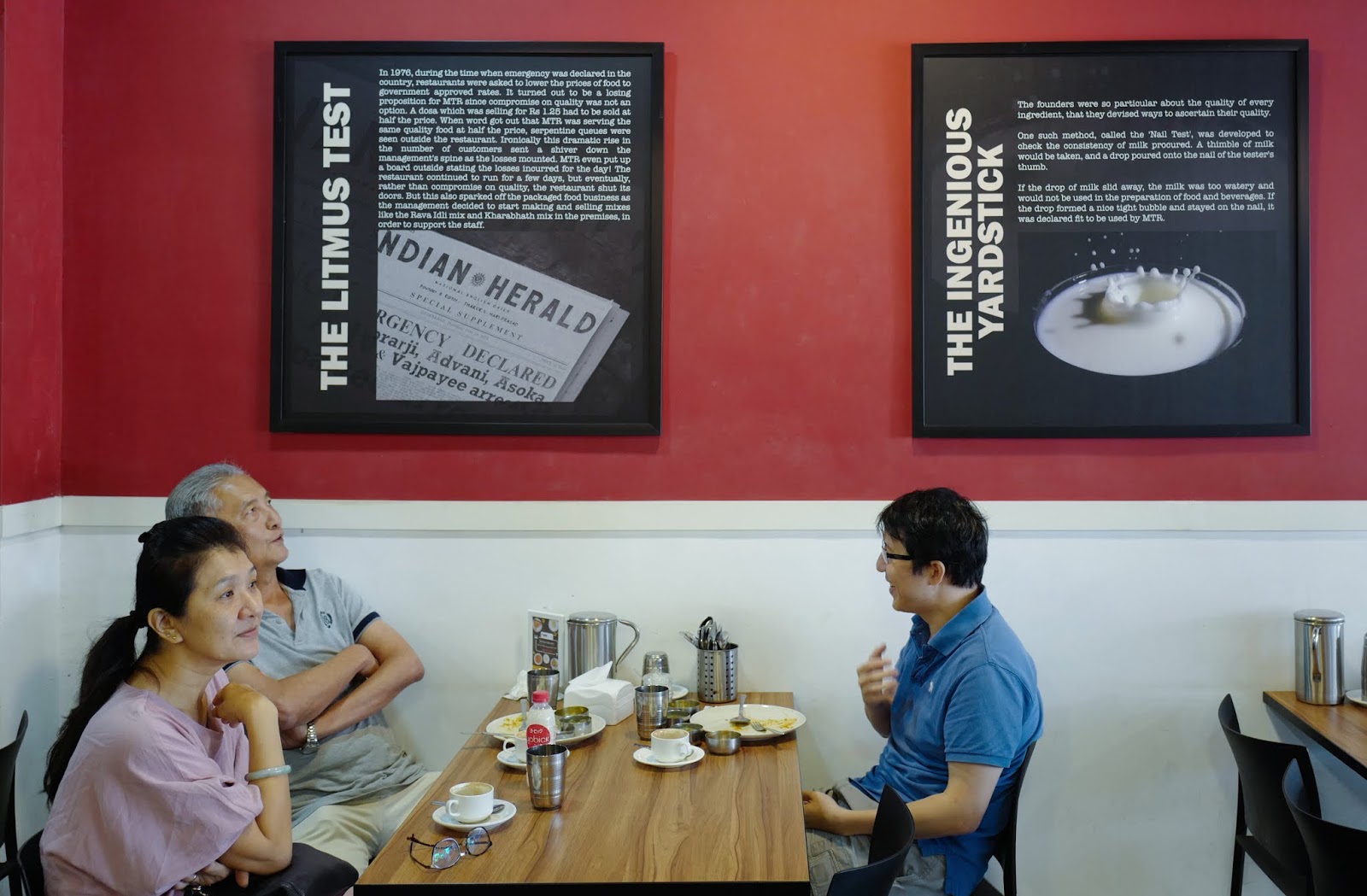 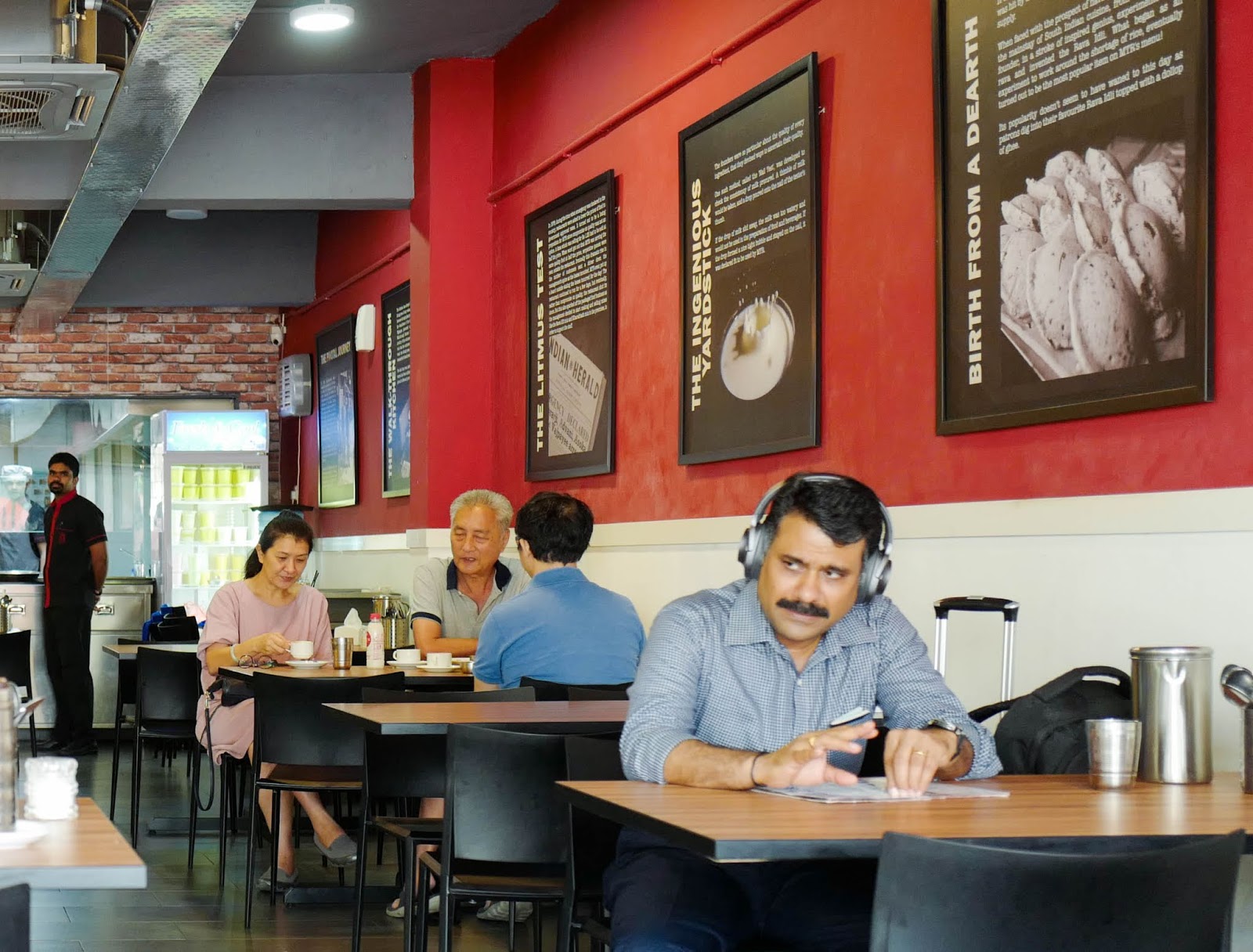 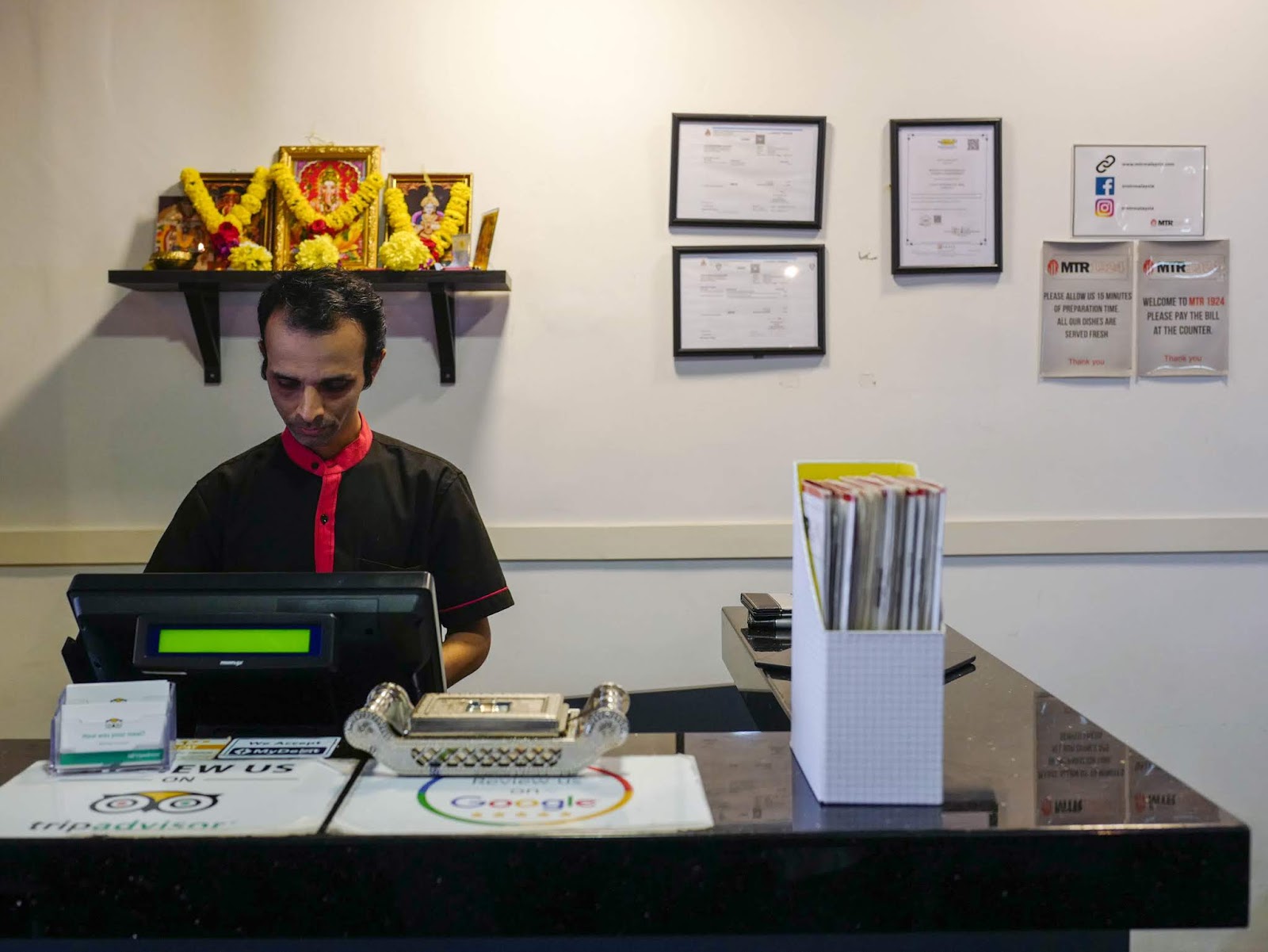 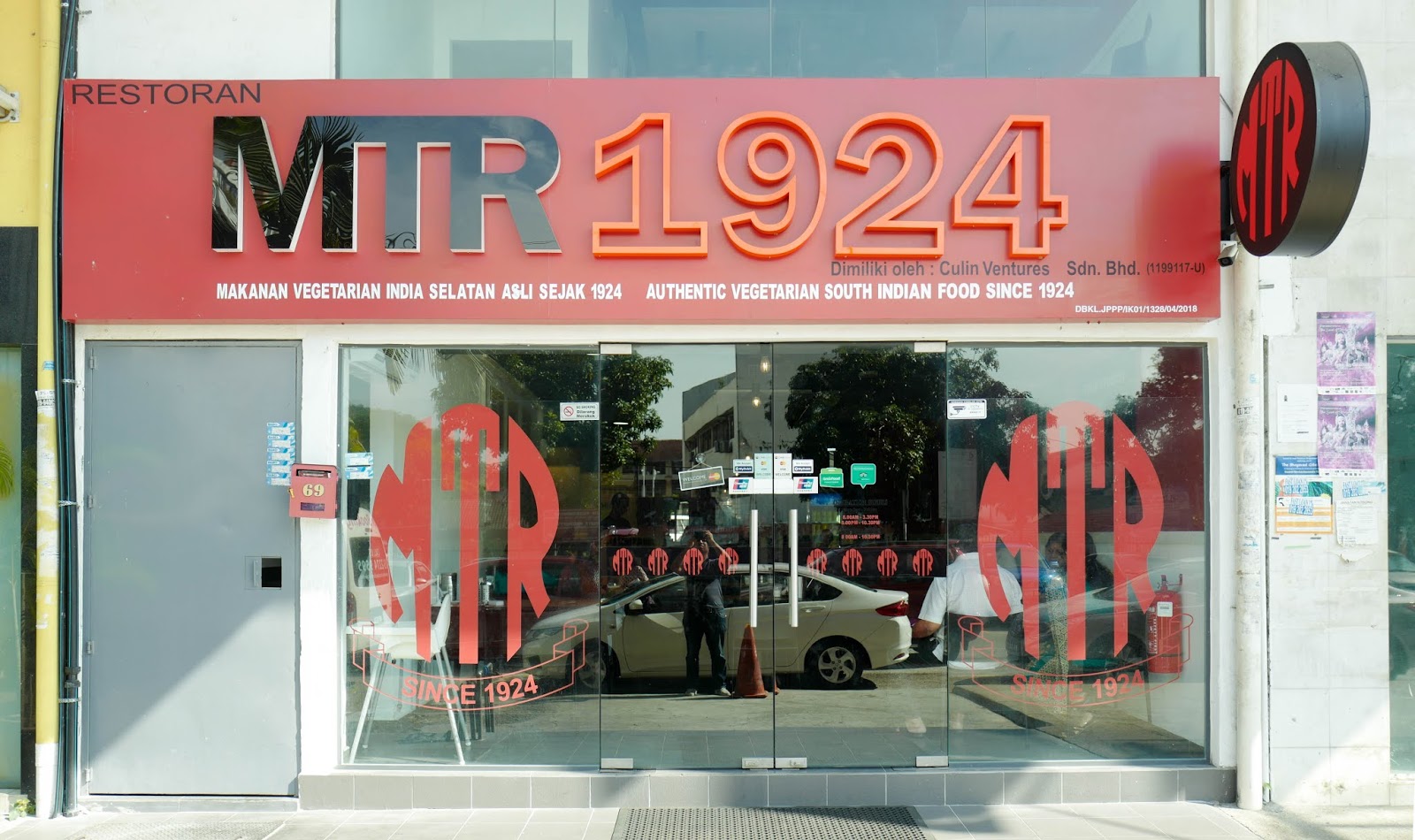