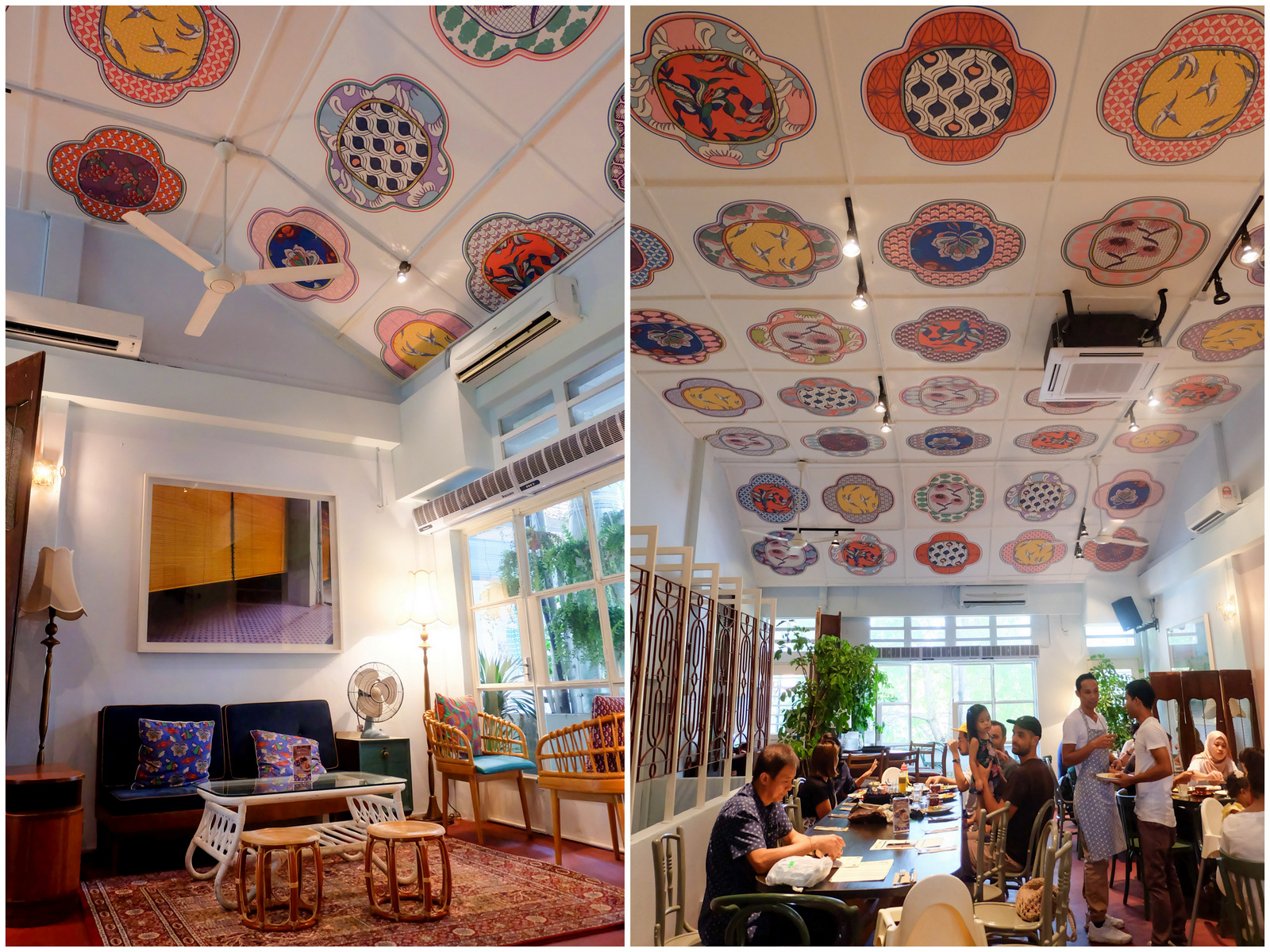 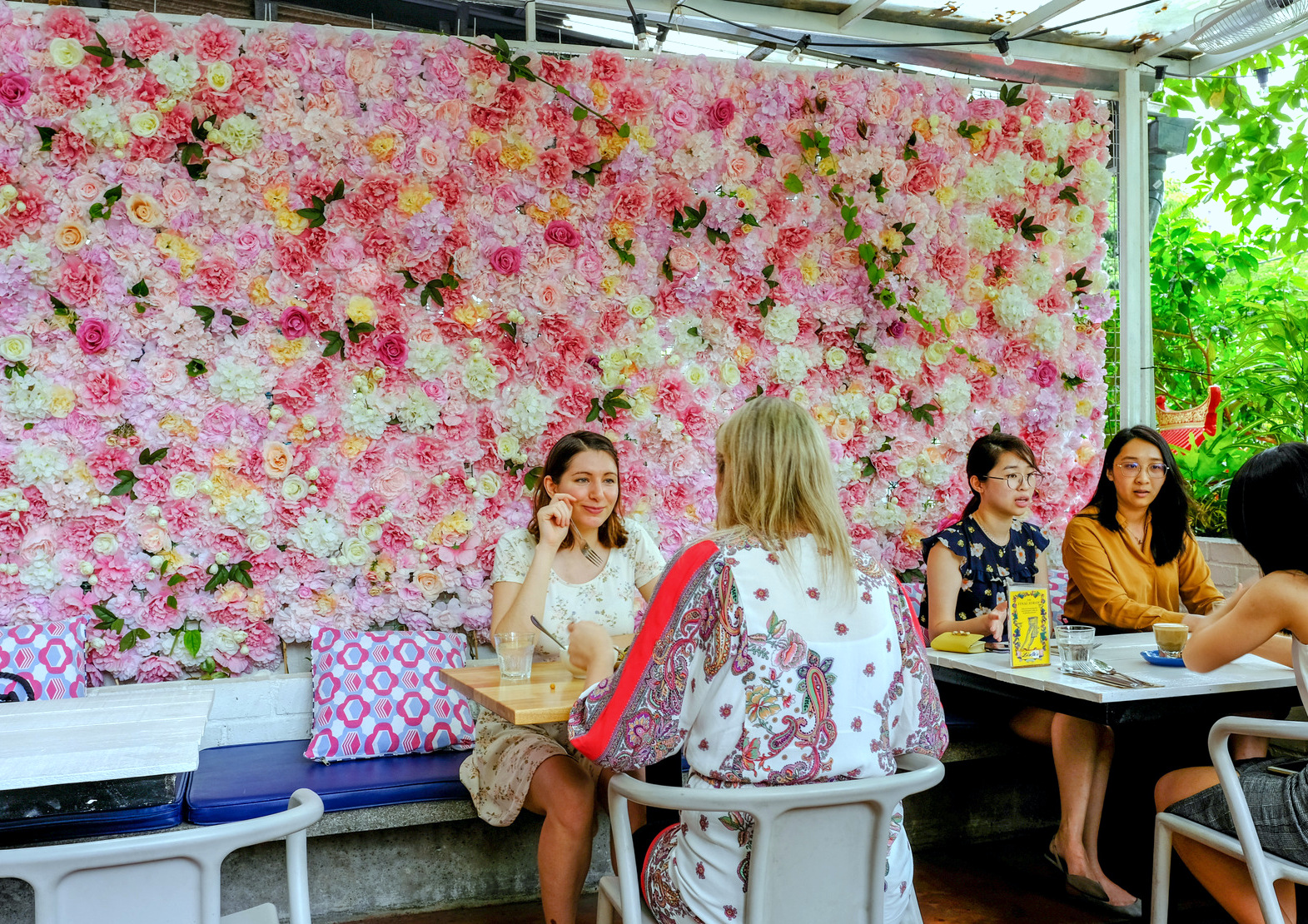 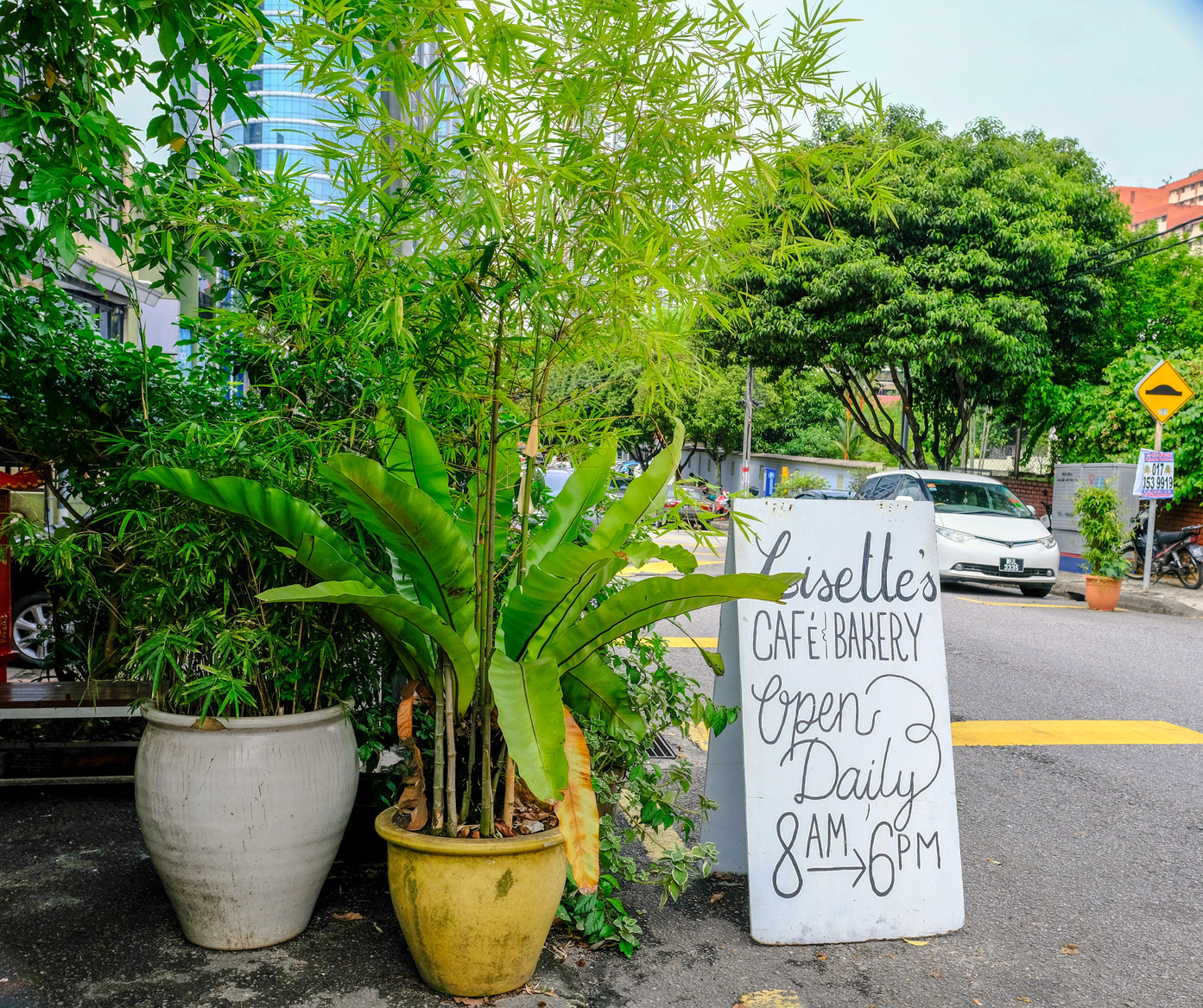 Inching near noon on a Tuesday, Lisette's is welling over with patrons, lured by a vegetarian-friendly buffet that crops up thrice a week. The cafe's namesake, Lisette Scheers (founder of Nala Designs), is in the front garden, chatting with a team from The Social Group of Restaurants, which has run this venue since mid-2018. Near them, several customers sip coffee beside one of the cafe's centrepieces, a vertical floral fence that comprises hundreds of faux peonies in pink, white and other hues.

We'll return to the buffet later (the cauliflower pancake and chickpea salad are calling out to us), but for now, we're swept upstairs for a peek at Lisette's latest pride - a one-of-a-kind ceiling mural that soars overhead, spanning the entire space, emblazoned with clusters of hand-drawn patterns that portray everything from birds in flight to flowers in bloom, reminiscent of classic Peranakan motifs. 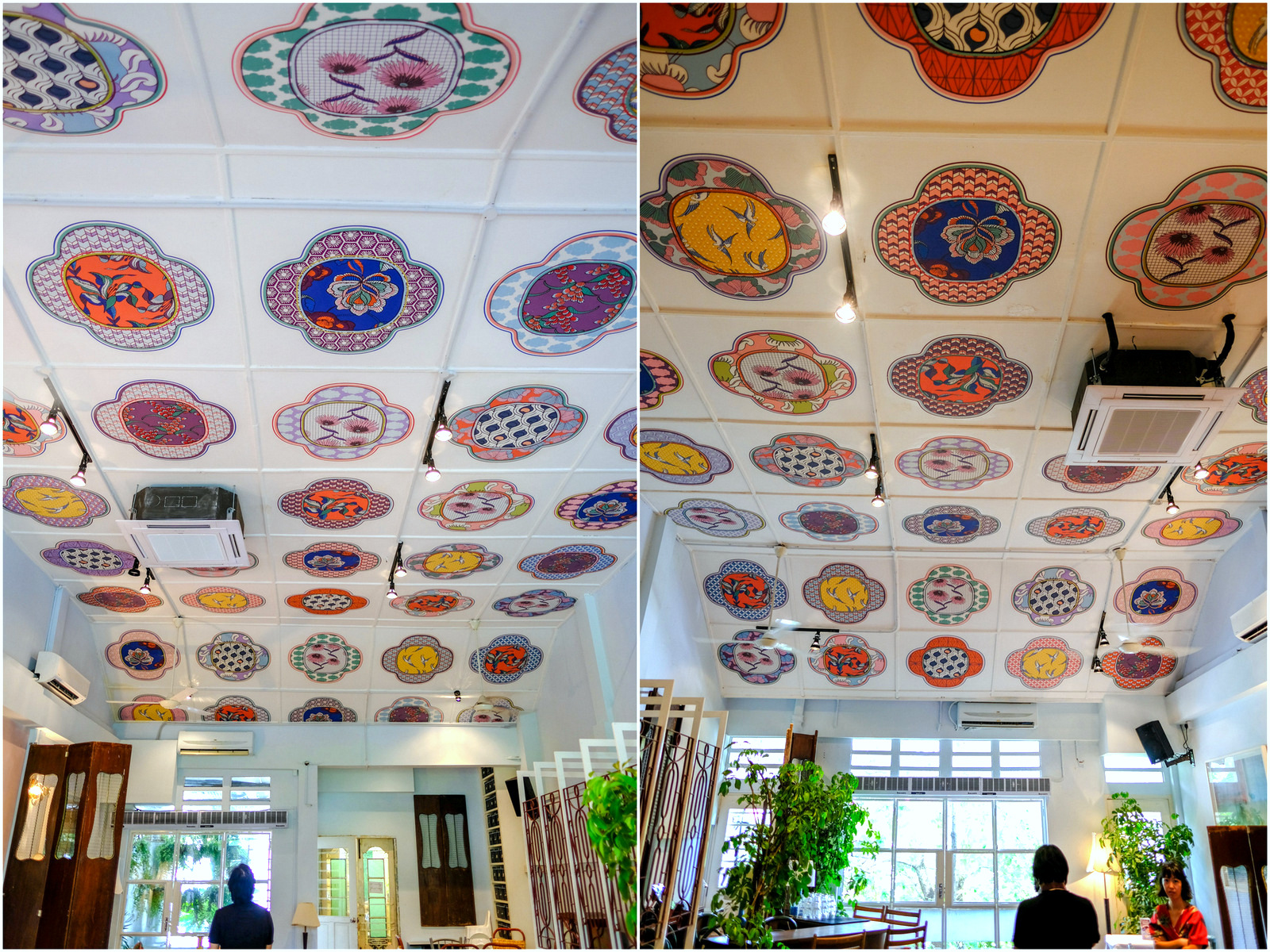 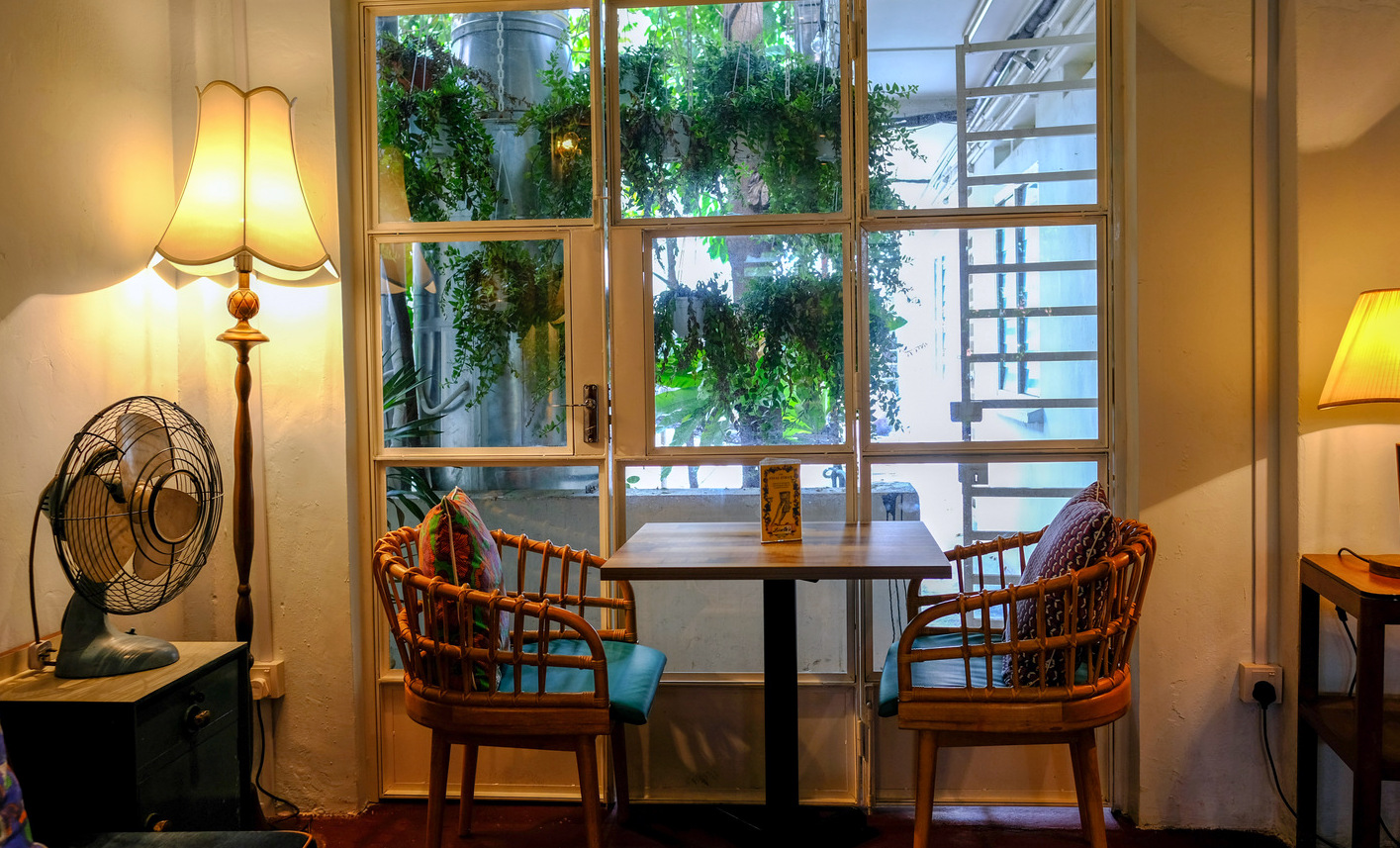 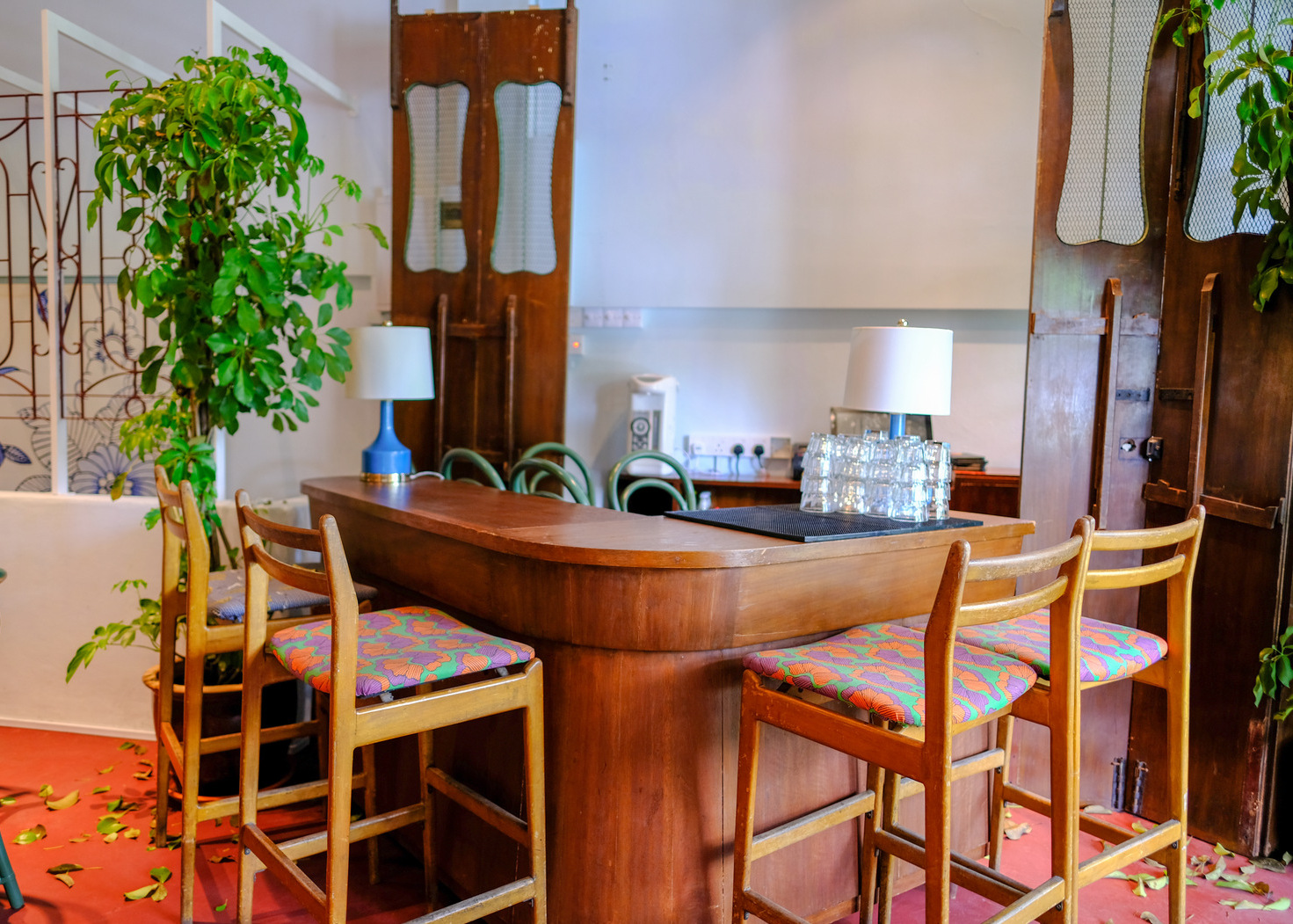 The Social Group acquired the cafe, formerly known as DR.Inc, in August 2018 after Lisette decided to relinquish it and concentrate on Nala Designs. The cafe's new name remains a tribute to Lisette, who spoke to us about what makes this space special. "I think this is a 'soul' cafe because there's a personal touch everywhere," Lisette adds. "It feels like home. A lot of people that come here feel nostalgic, they feel like it's their grandmother's house or their grandfather's house."

The Social Group appointed Lisette to design its new ceiling mural on the first floor, which she did with amazing aplomb. Conceived and constructed with skilled originality, this artistic and culinary alchemy is what makes Lisette's a vital venue, designed to feed both the spirit and the stomach in a city that feels increasingly starved of sanctuaries for stressed-out souls.

The Group has also spent time collecting antiques to preserve the quaintness of Lisette's (such as plates from markets all over Europe, hand-carried back to Malaysia) and improved the cafe's facilities to make it more comfortable for customers.

Check out our video on Lisette's for interviews on what makes this cafe such a fan favourite. 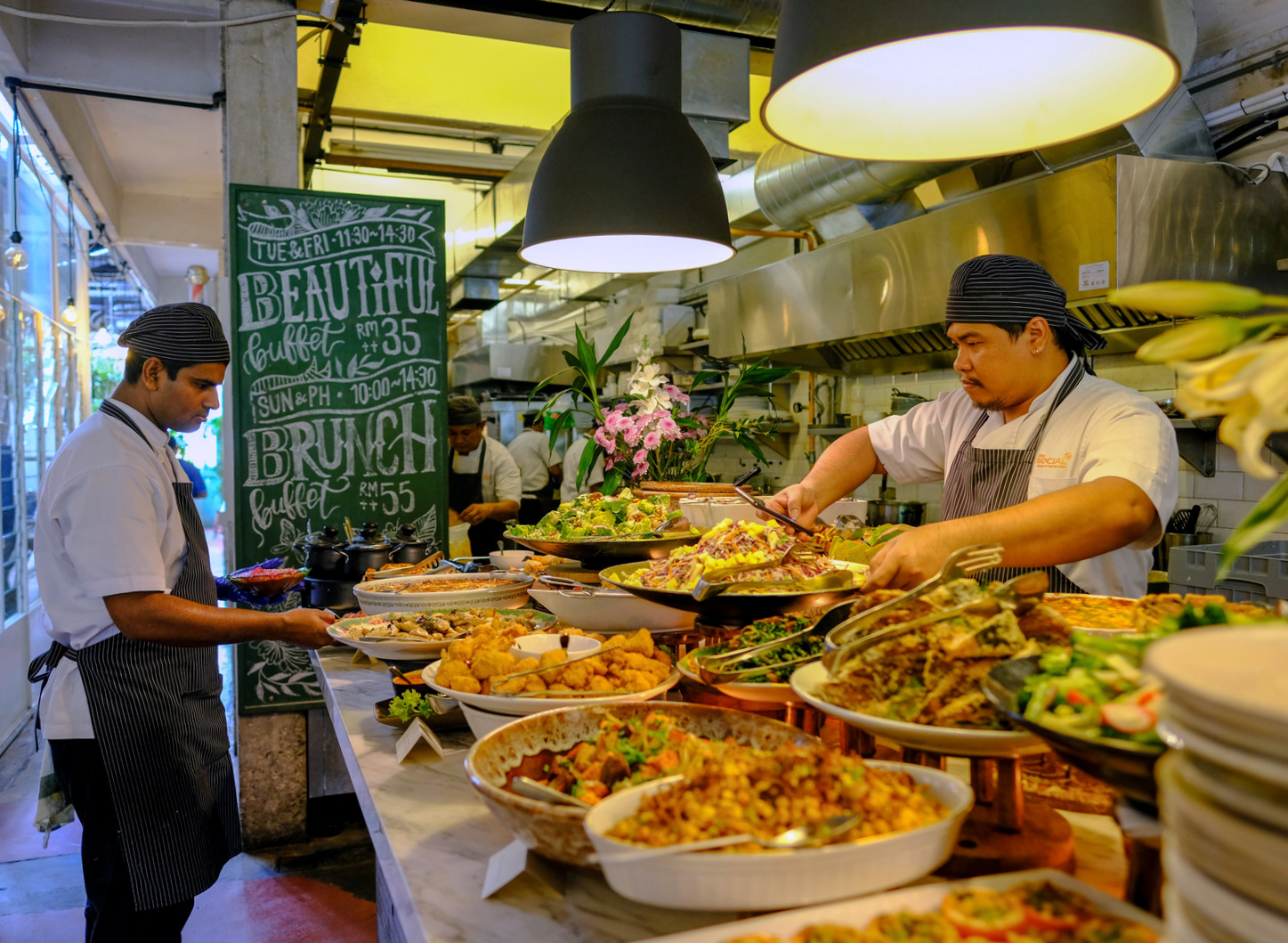 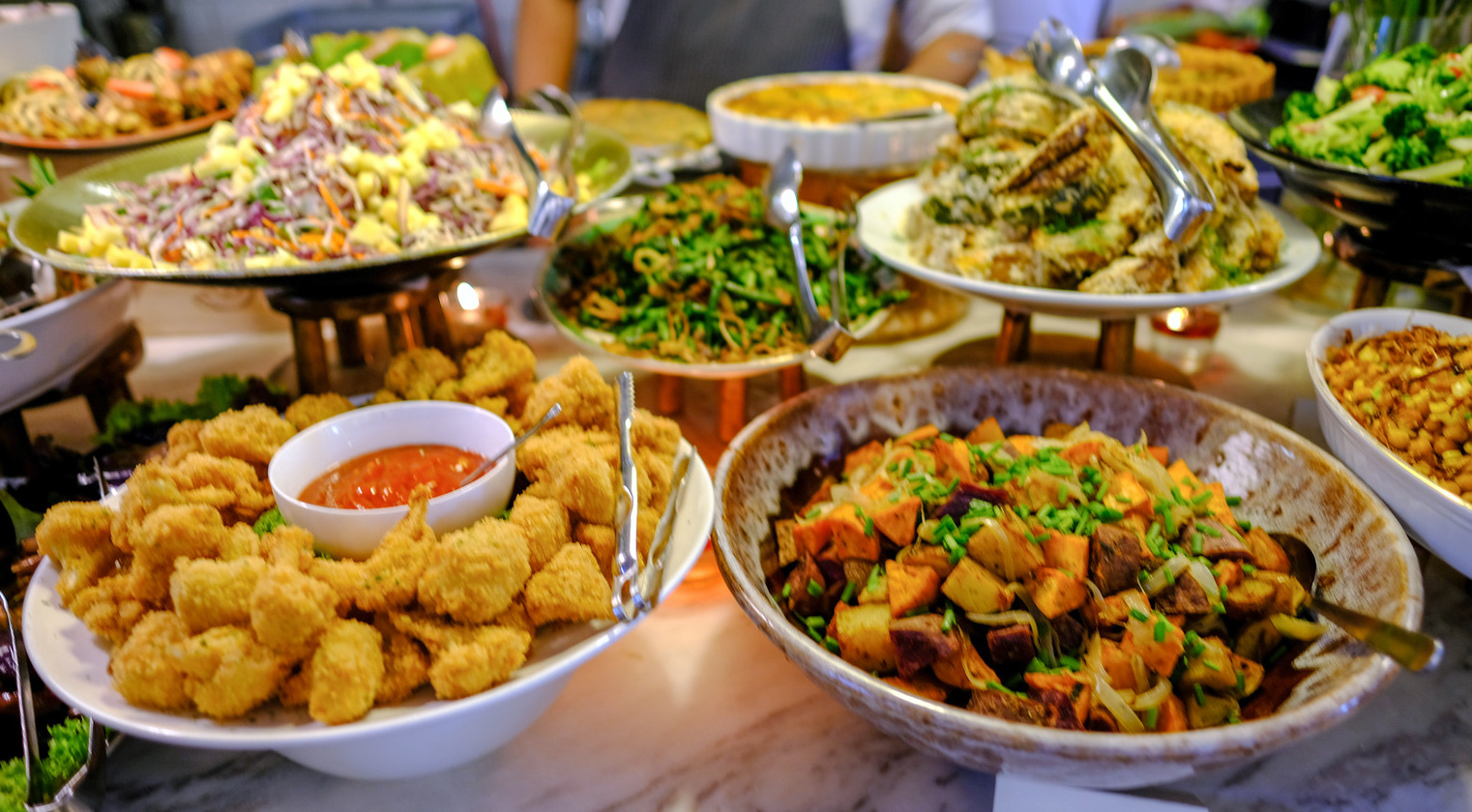 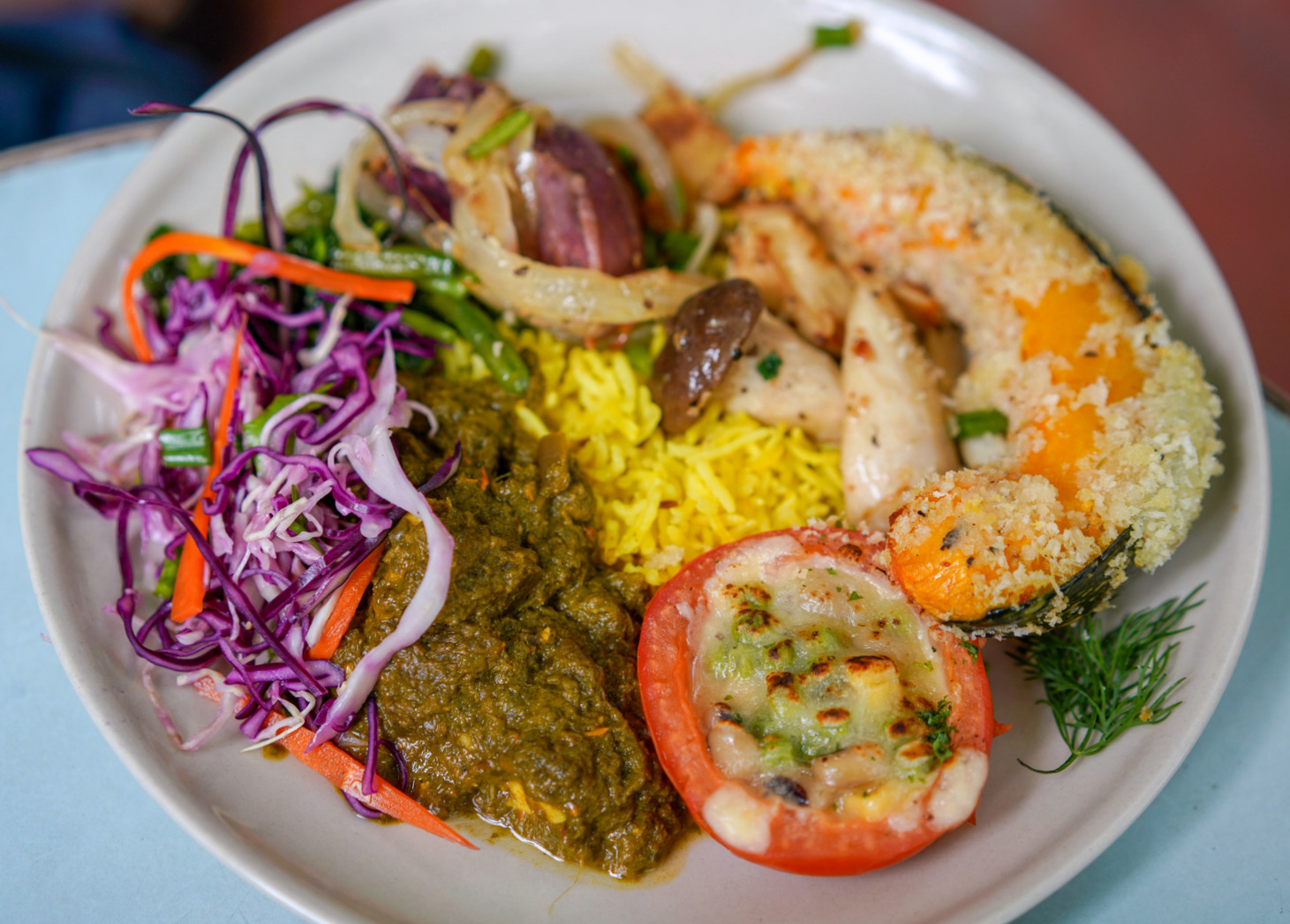 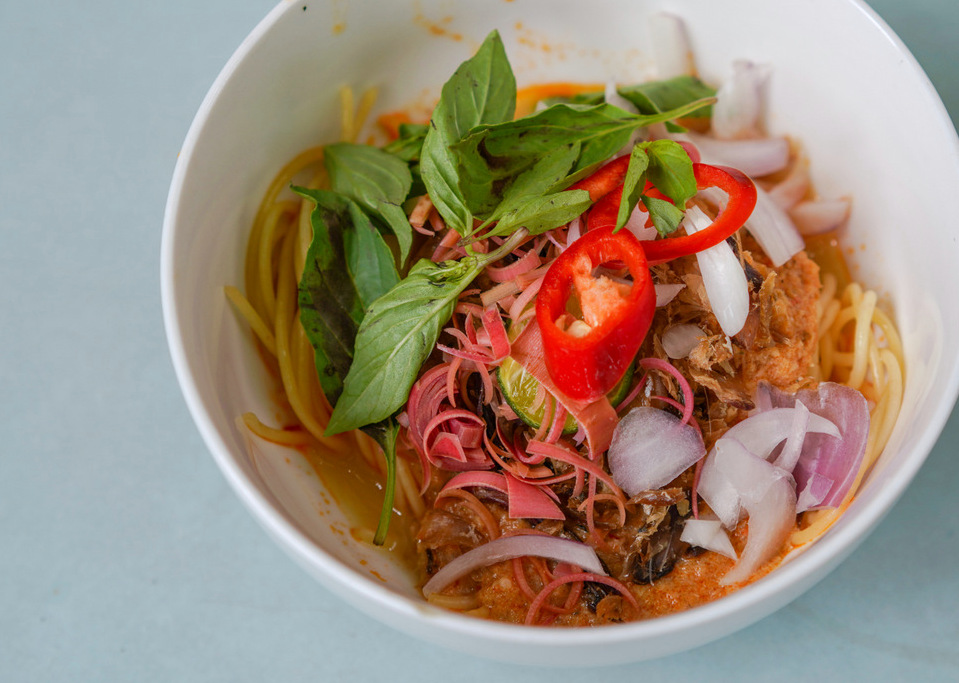 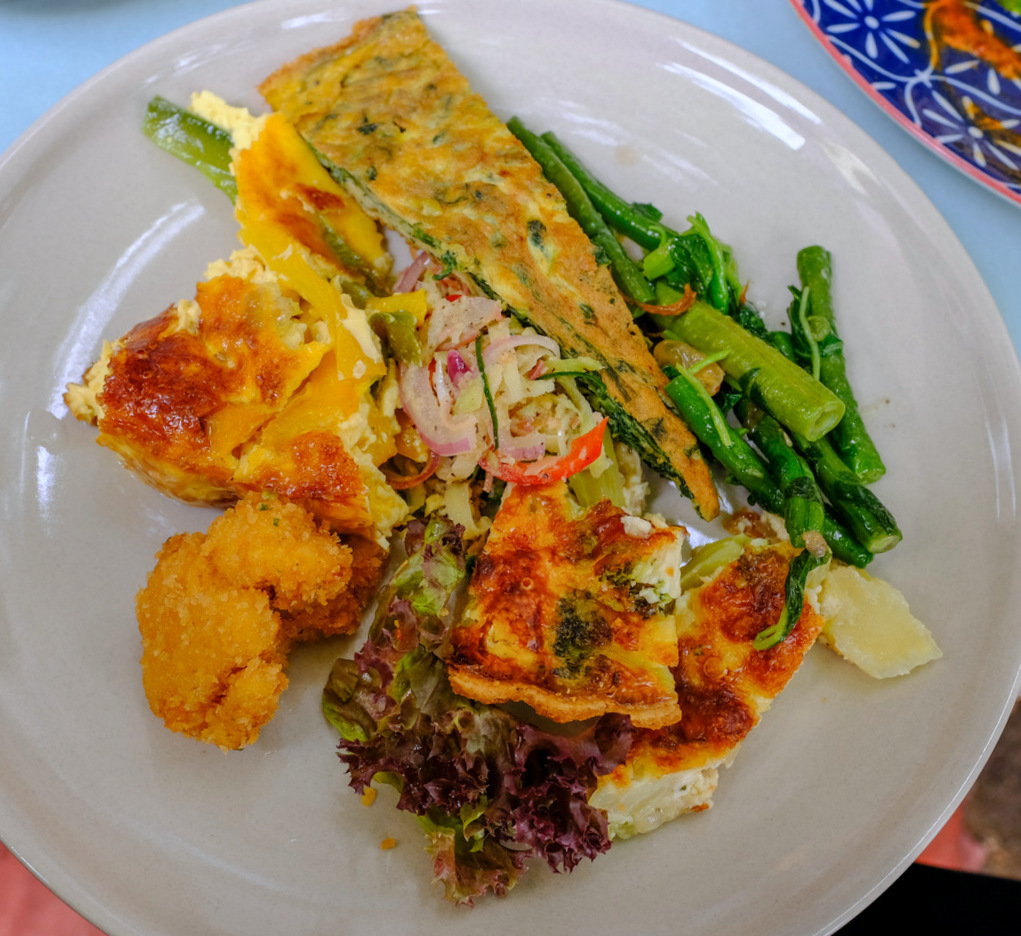 Back downstairs, the "Beautiful Buffet" sees scores of customers filling up their plates with a mostly meat-free repertoire of over two dozen recipes from Southeast Asia and far abroad - mixed-pepper frittata to mushroom quiche to palak paneer, rosemary-roasted pumpkin to baked potato skins and fried tempeh balls, salads of bananas and young mango to bread with moutabel and hummus, Spanish tortilla to Johor laksa. The buffet is is 80% vegetarian, with some chicken and fish dishes.

The buffet has been an ongoing affair for four years; it happens Tuesdays, Fridays, Sundays and on national public holidays, with permanent temptations as well as specials for each day (Tuesday includes quail egg salads, for example; Friday has gobi Manchurian and vegetable korma among others; Sunday has highlights like organic chia pudding and bircher muesli).

Lisette says The Social Group has "elevated the kitchen to another level," particularly for vegetarian patrons like herself. The food is rich in flavours and textures - "it's got to be delicious, because at the end of the day, you want to go home with a full stomach. A lot of non-vegetarians come here and they like it because they don't even miss the meat."

The buffet, inspired by London's Ottolenghi, weaving together a hearty tapestry that crosses from Malaysia to Mumbai to the Middle East to the Mediterranean, costs RM35++ per person on Tuesdays and Fridays (from 1130am to 230pm) and RM55++ per person on Sundays and national public holidays (1030am to 230pm; Sundays also include brunch fare like eggs done your way, beef bacon, nitrite-free chicken sausages, baked tomatoes, baked beans and hash browns). 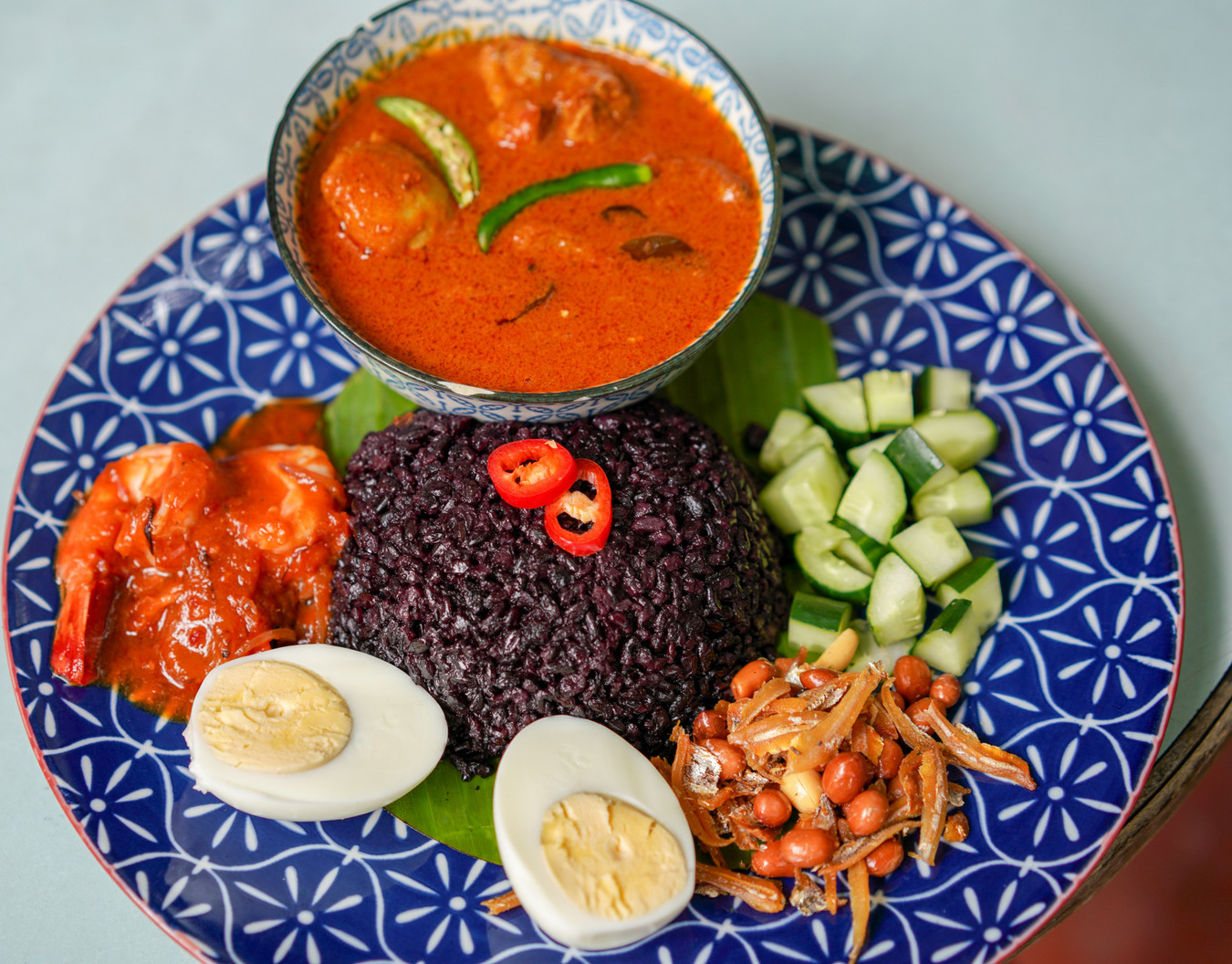 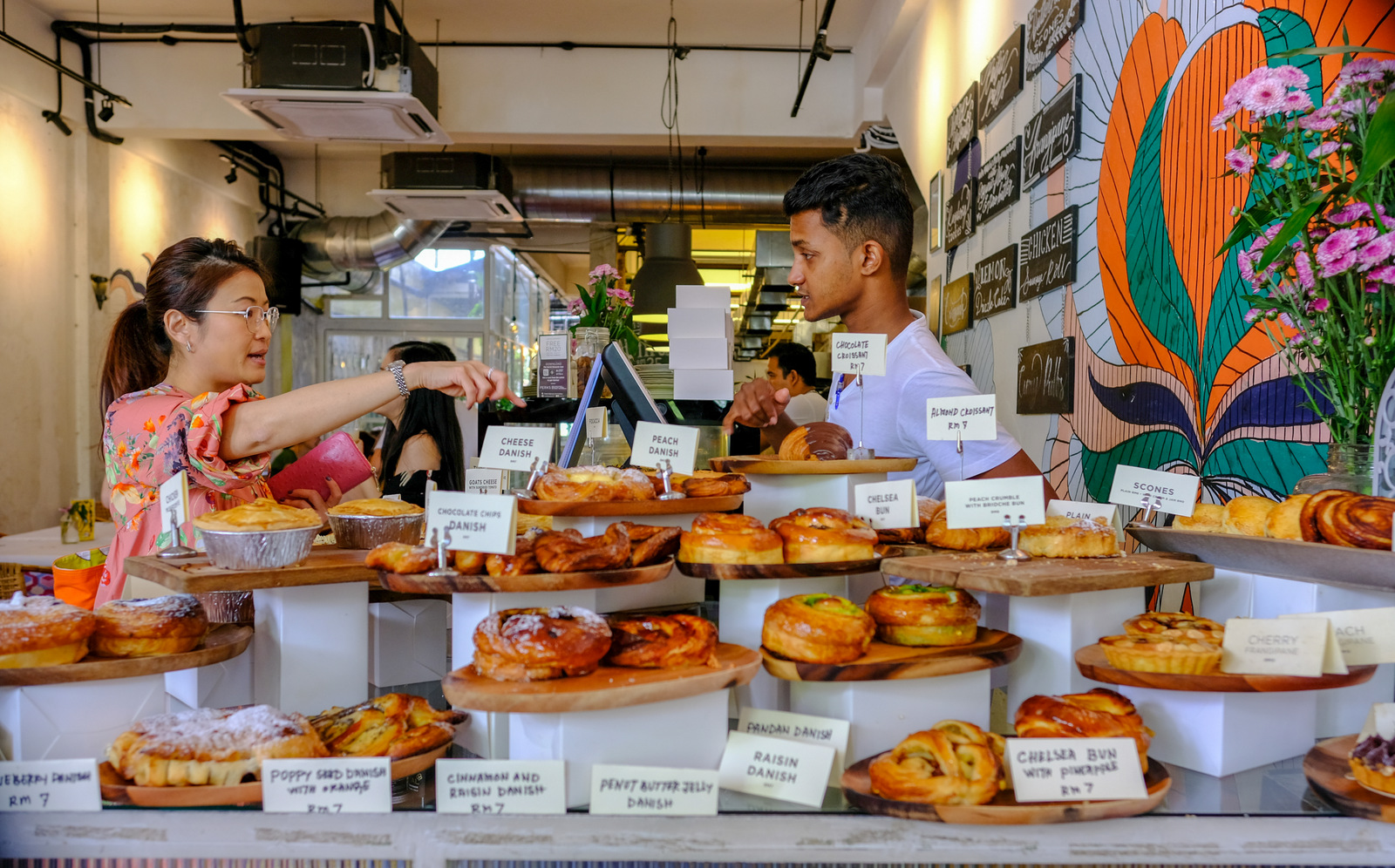 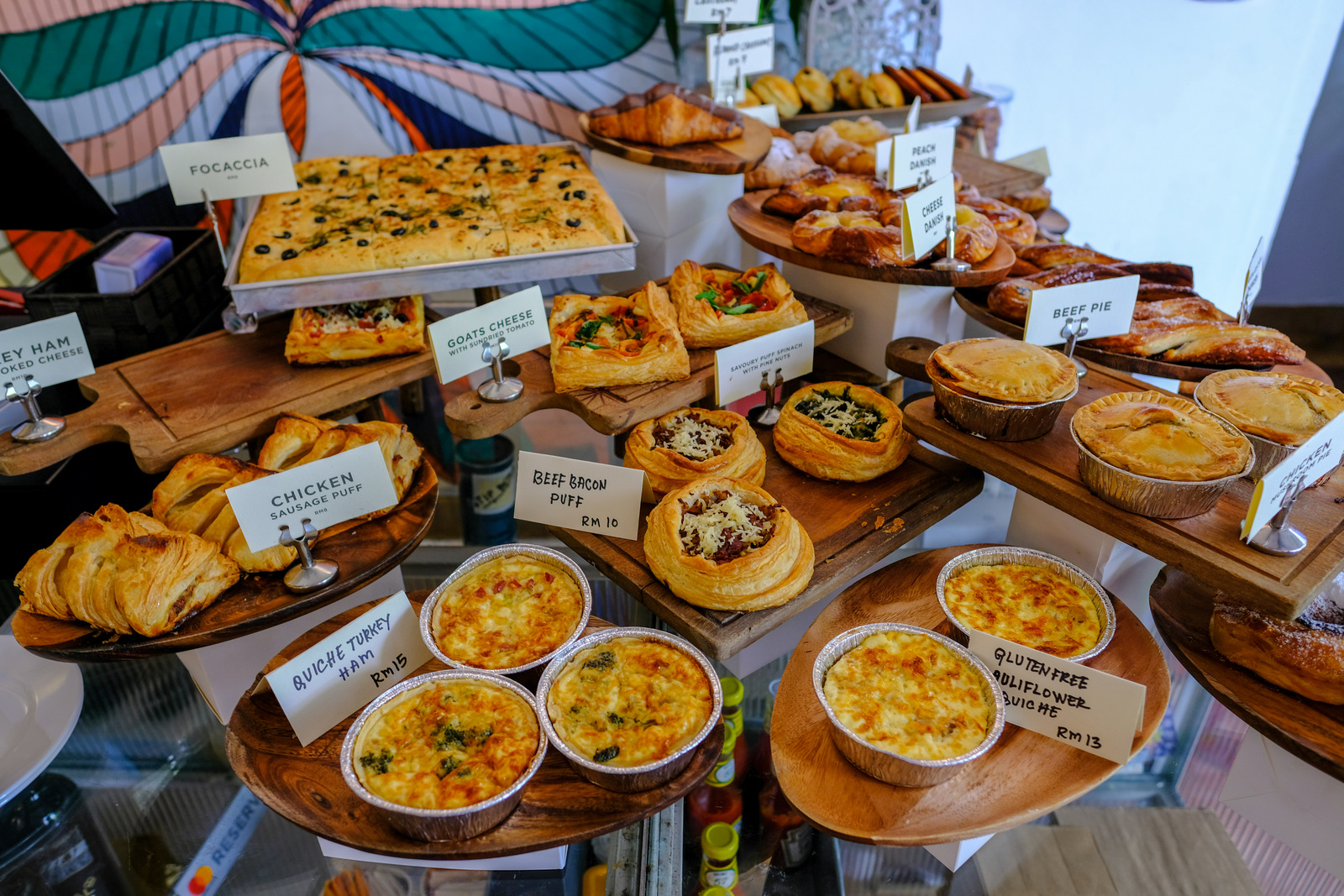 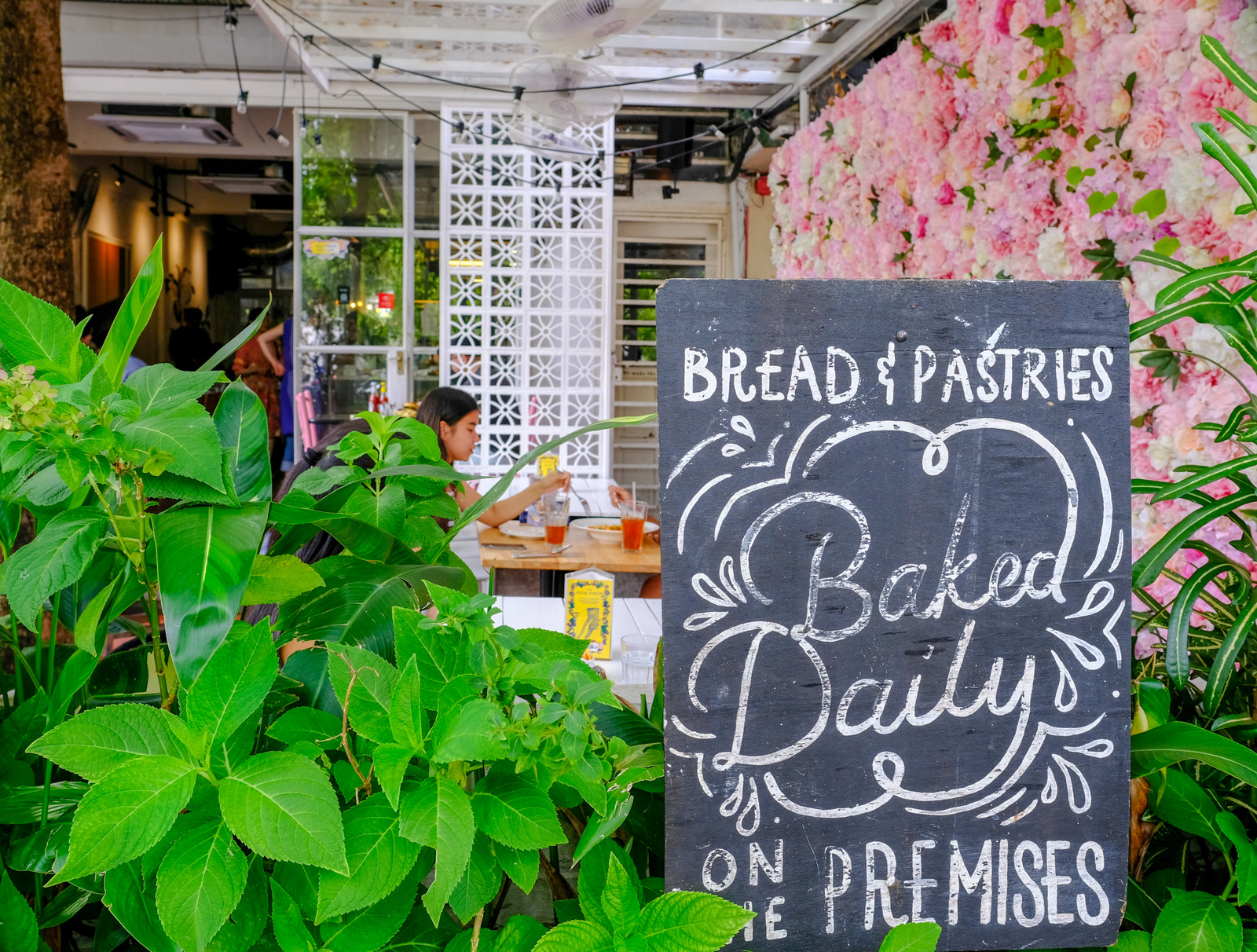 The most distinctive dish is the black rice nasi lemak, built with antioxidant-rich 'forbidden rice', firm to the bite and earthy-nutty to the palate, as aromatic as nasi lemak should be, completed with chicken curry, prawn sambal and all the essential accompaniments, making for a sumptuously satisfying nasi lemak.

The bakery component of Lisette's steals the scene at the front of the cafe, abounding with made-fresh-daily treats galore, prepared with pure butter and organic flour - focaccia and scones to almond croissants, Chelsea buns to beef pies, spinach puffs to cheese danishes, gluten-free cauliflower quiche to peach crumble. Fun fact: Lisette's houses the central bakery for The Social Group, so if you spot indulgences like burnt cheesecakes and salted pecan caramel cakes at The Social or El Meson, this is where those come from. 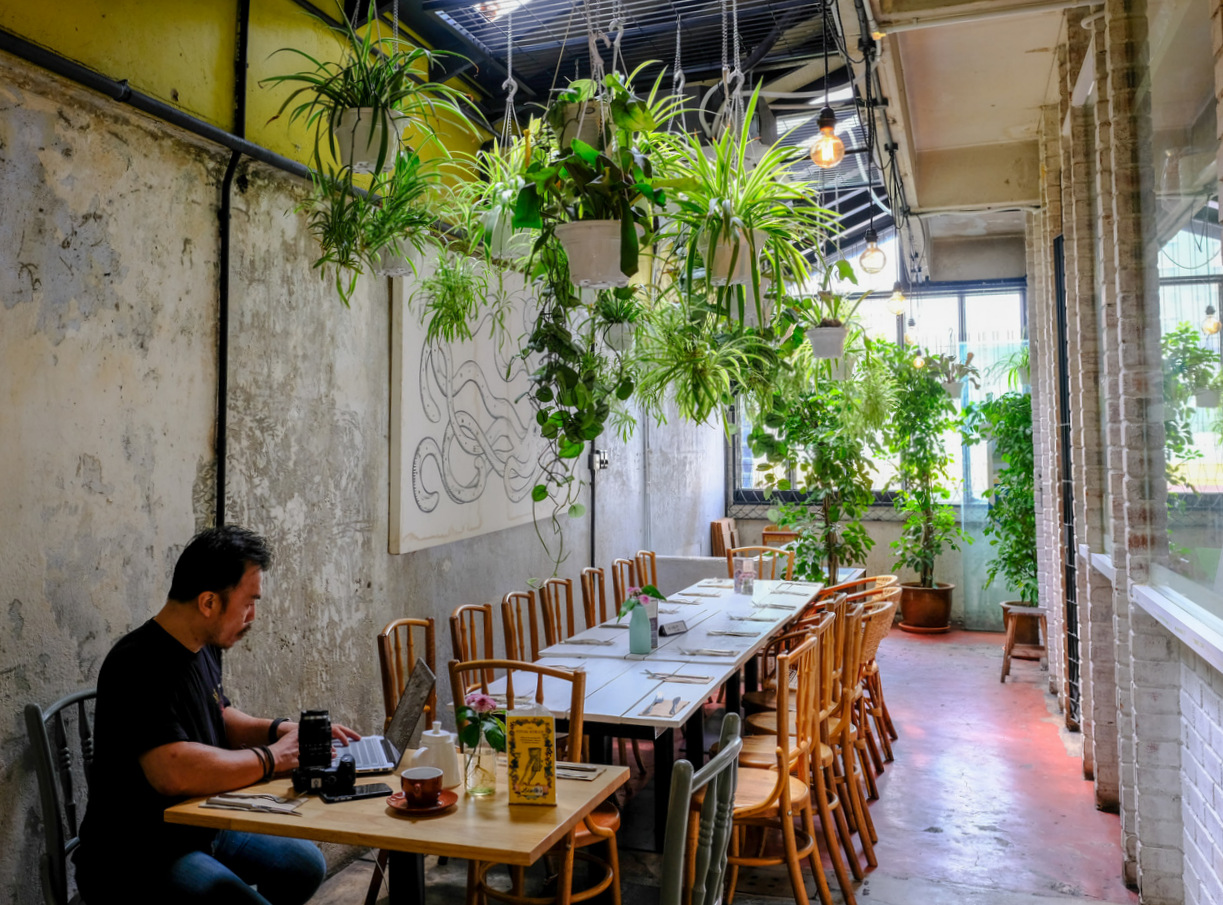 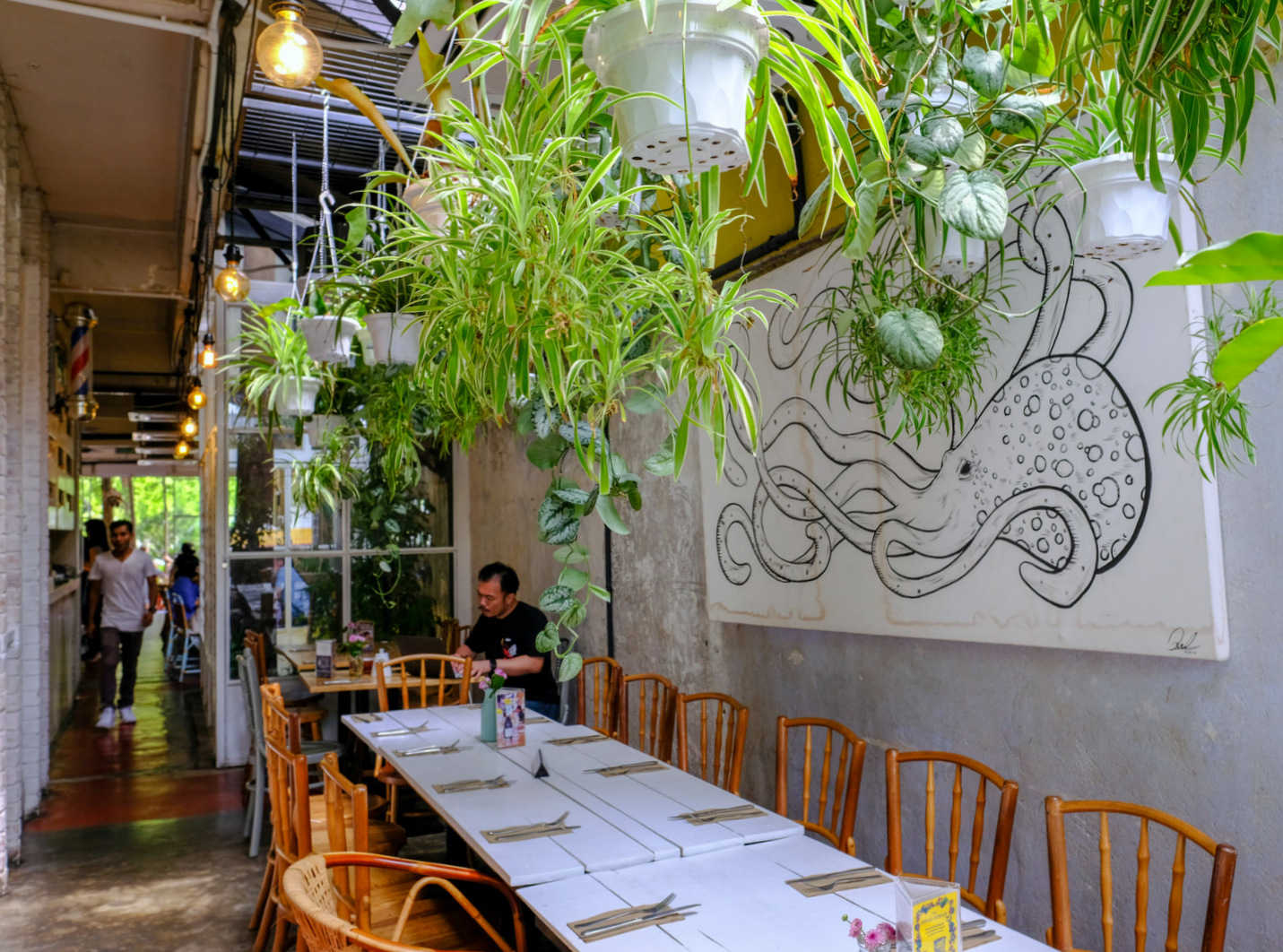 If you're here seeking solitude and solace, rest assured there's a calm before and after the lunchtime storm, particularly at the back of the cafe, with leafy touches of nature that might be a balm for broken hearts. The venue also expects to open in the evening for dinner and drinks soon.

Many thanks to Lisette's for having us. 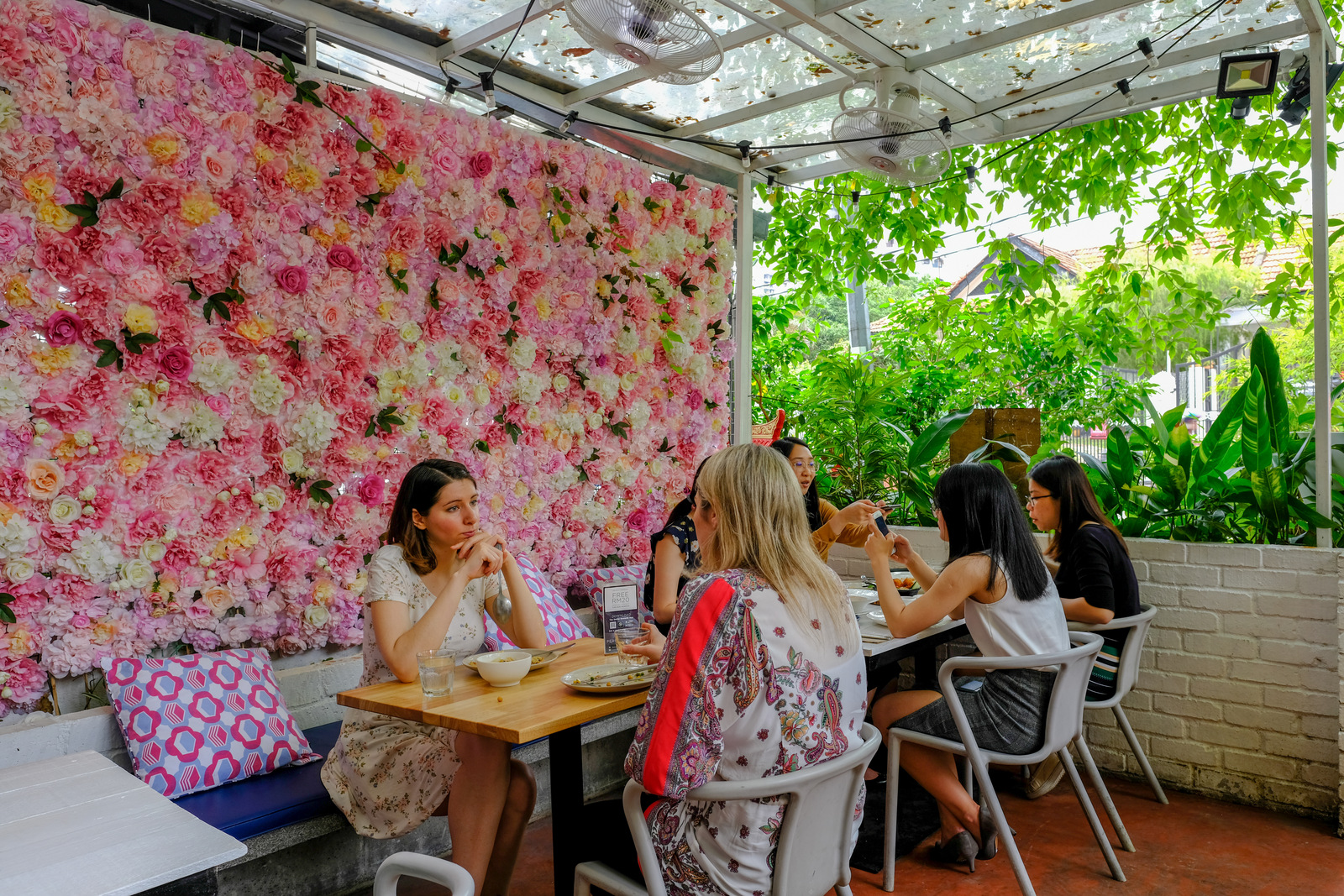 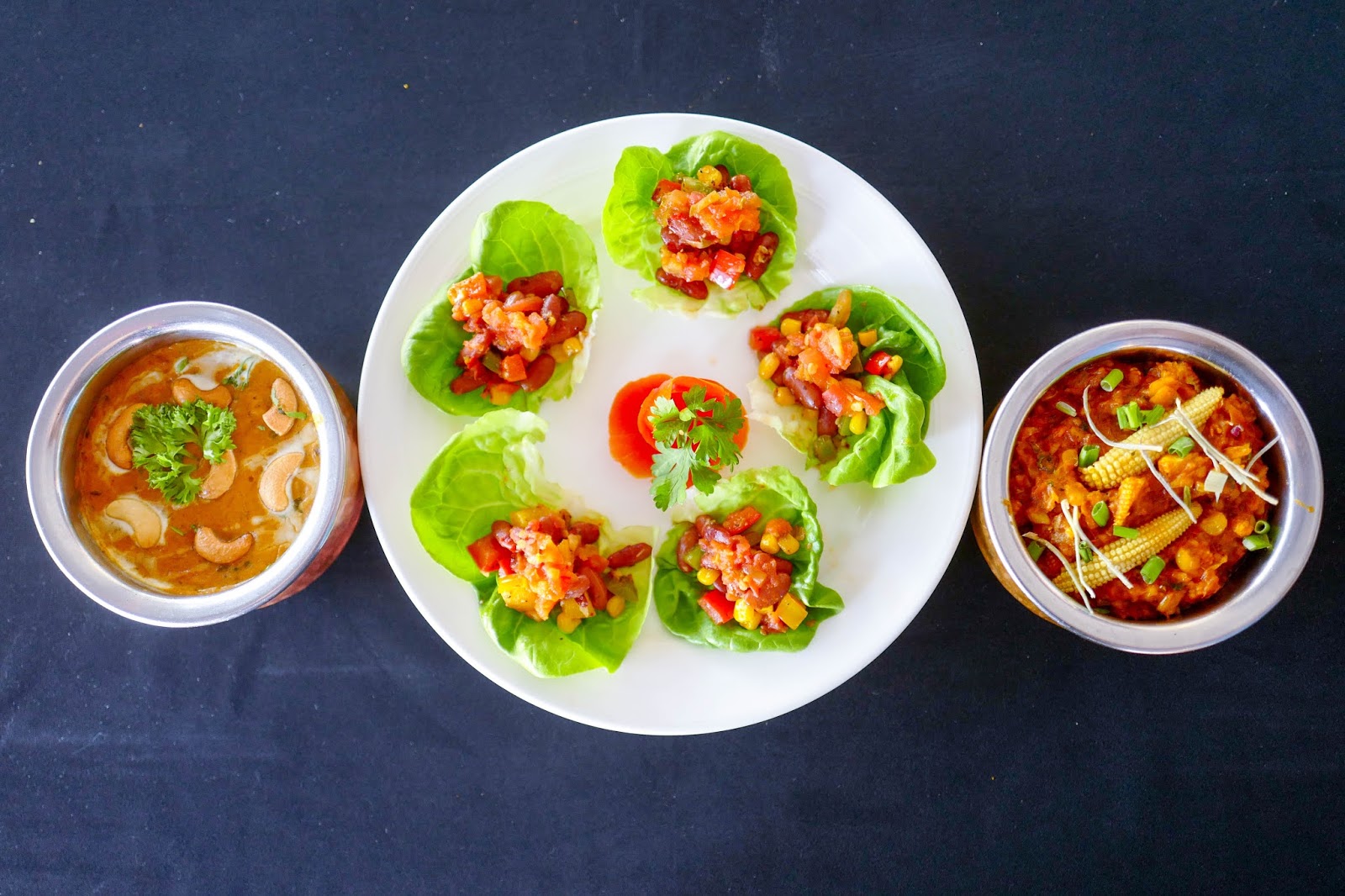 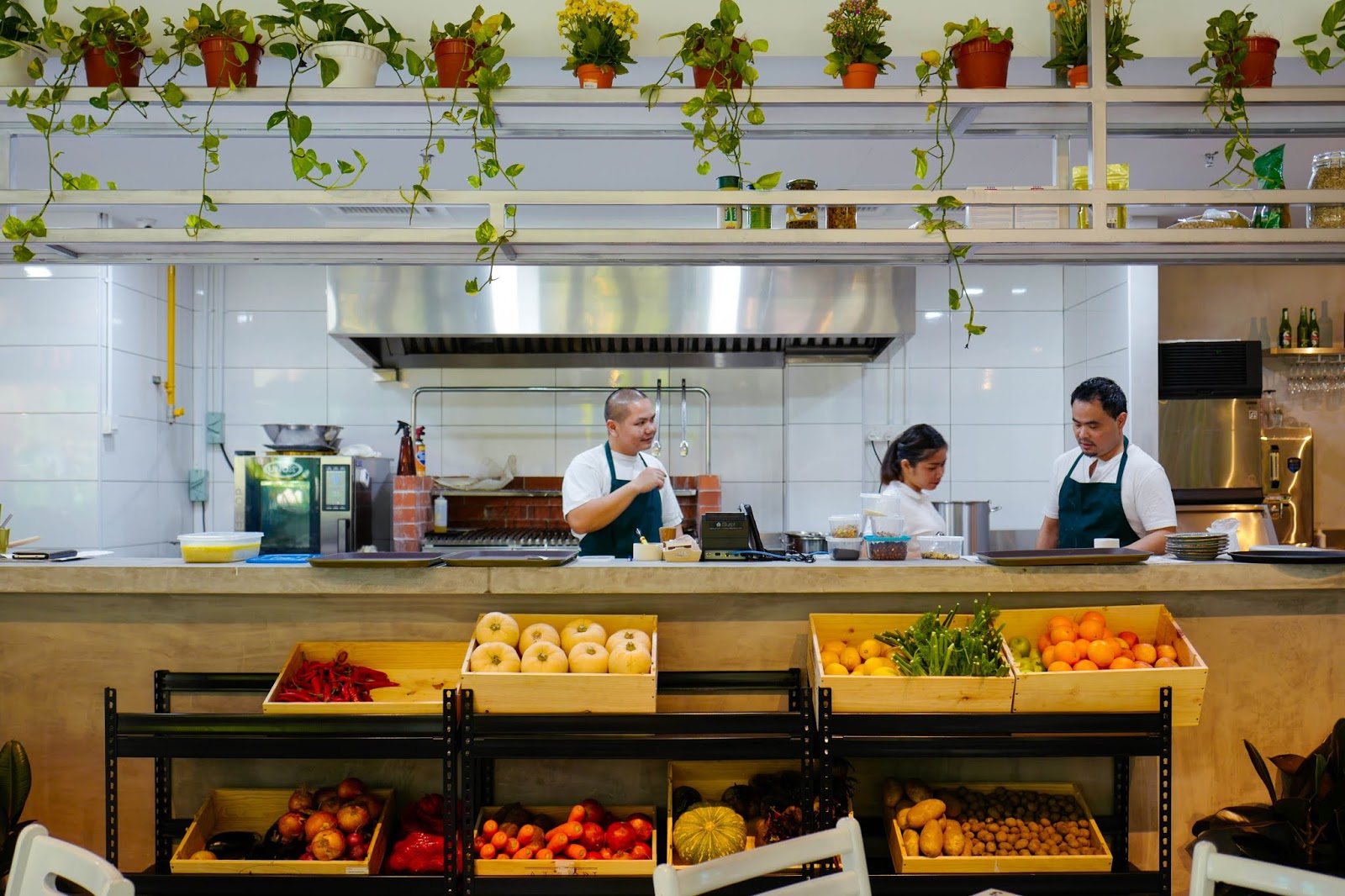 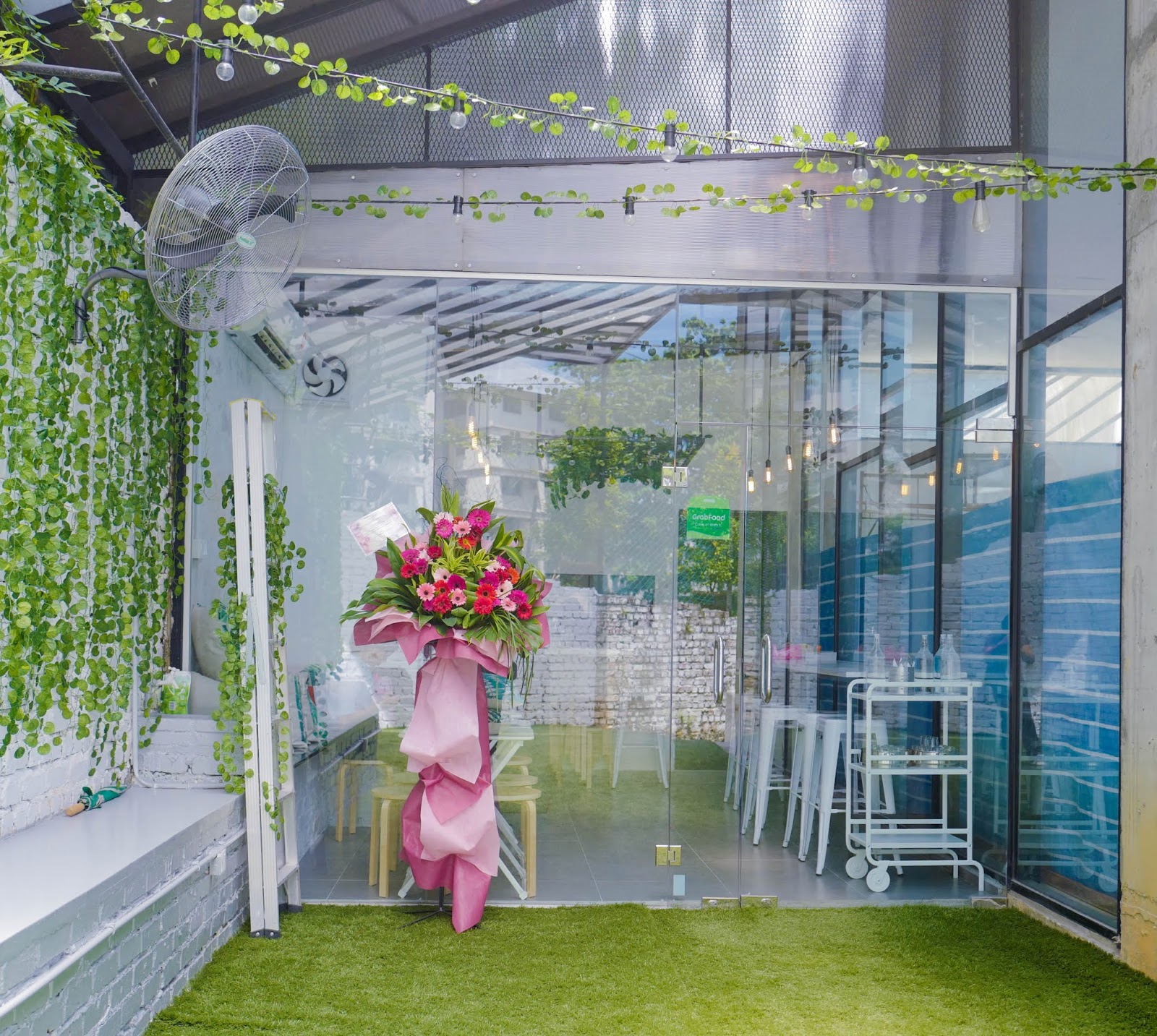