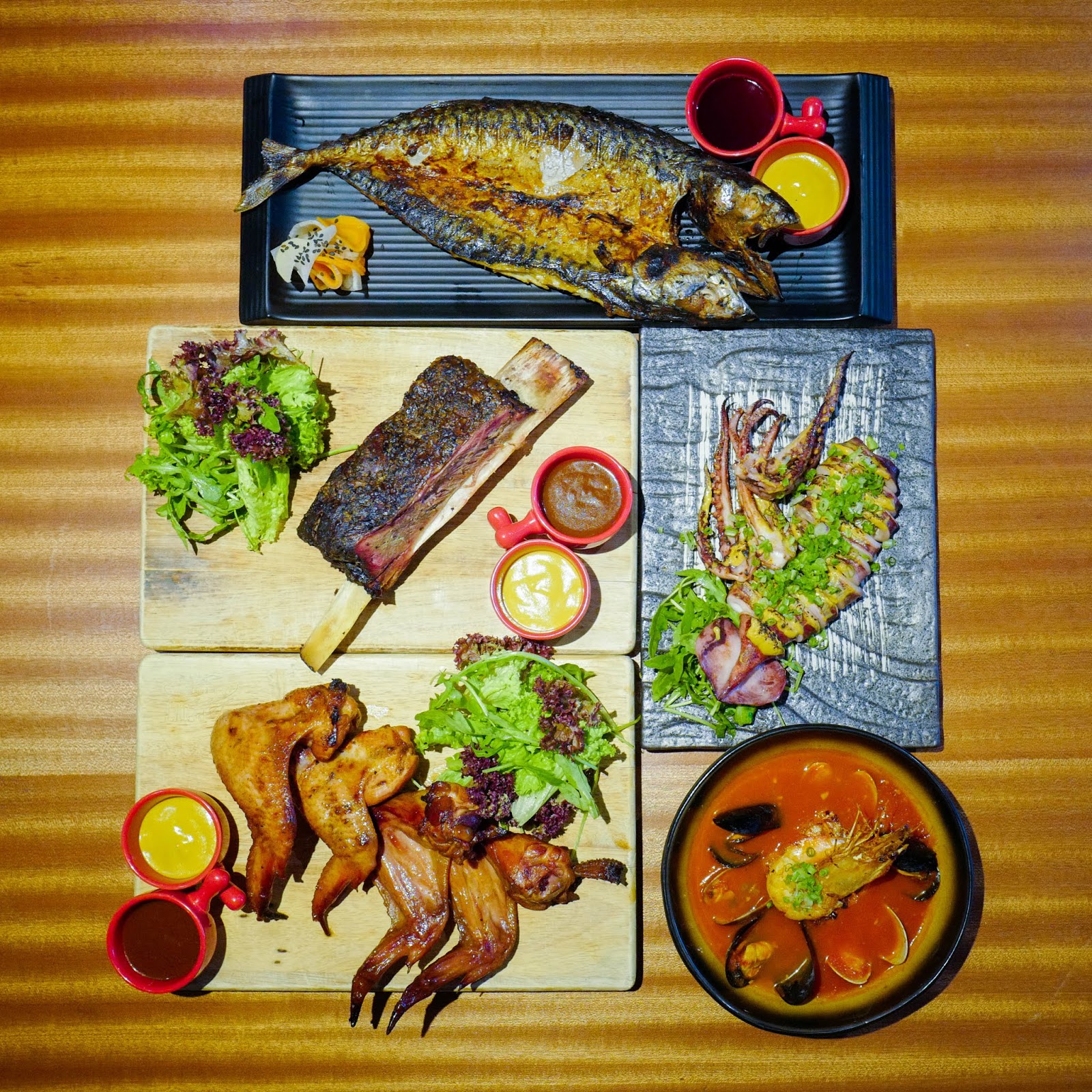 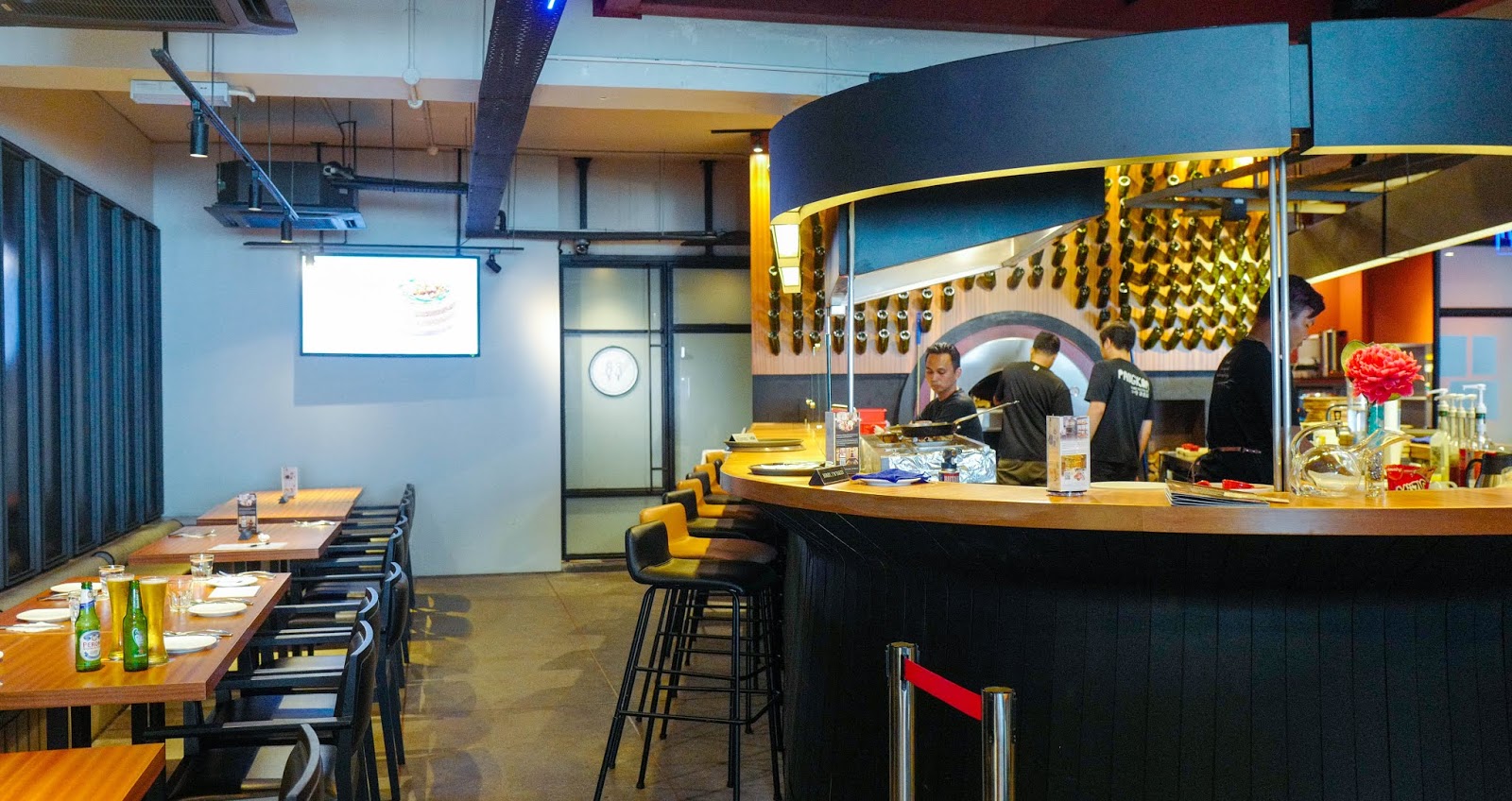 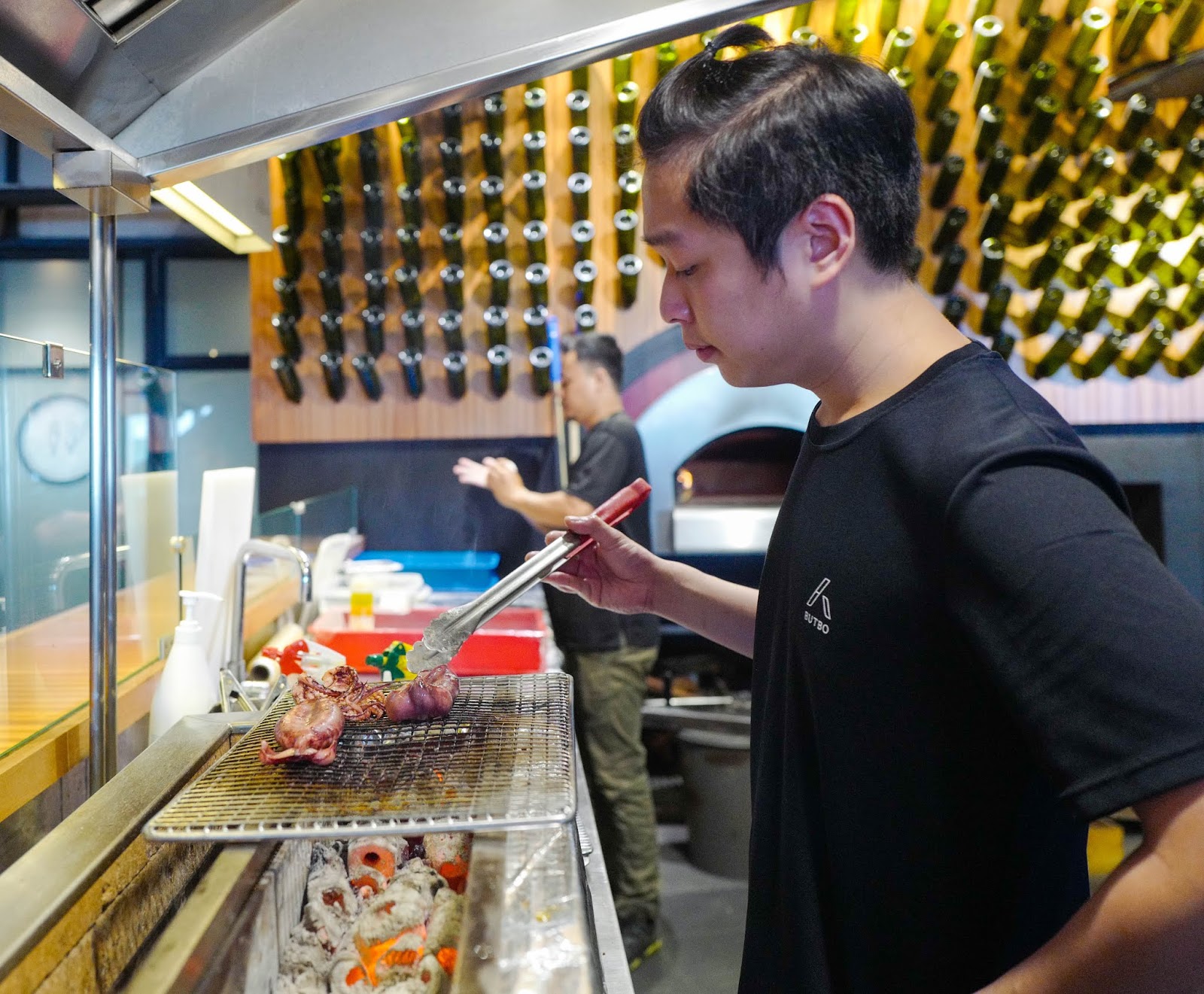 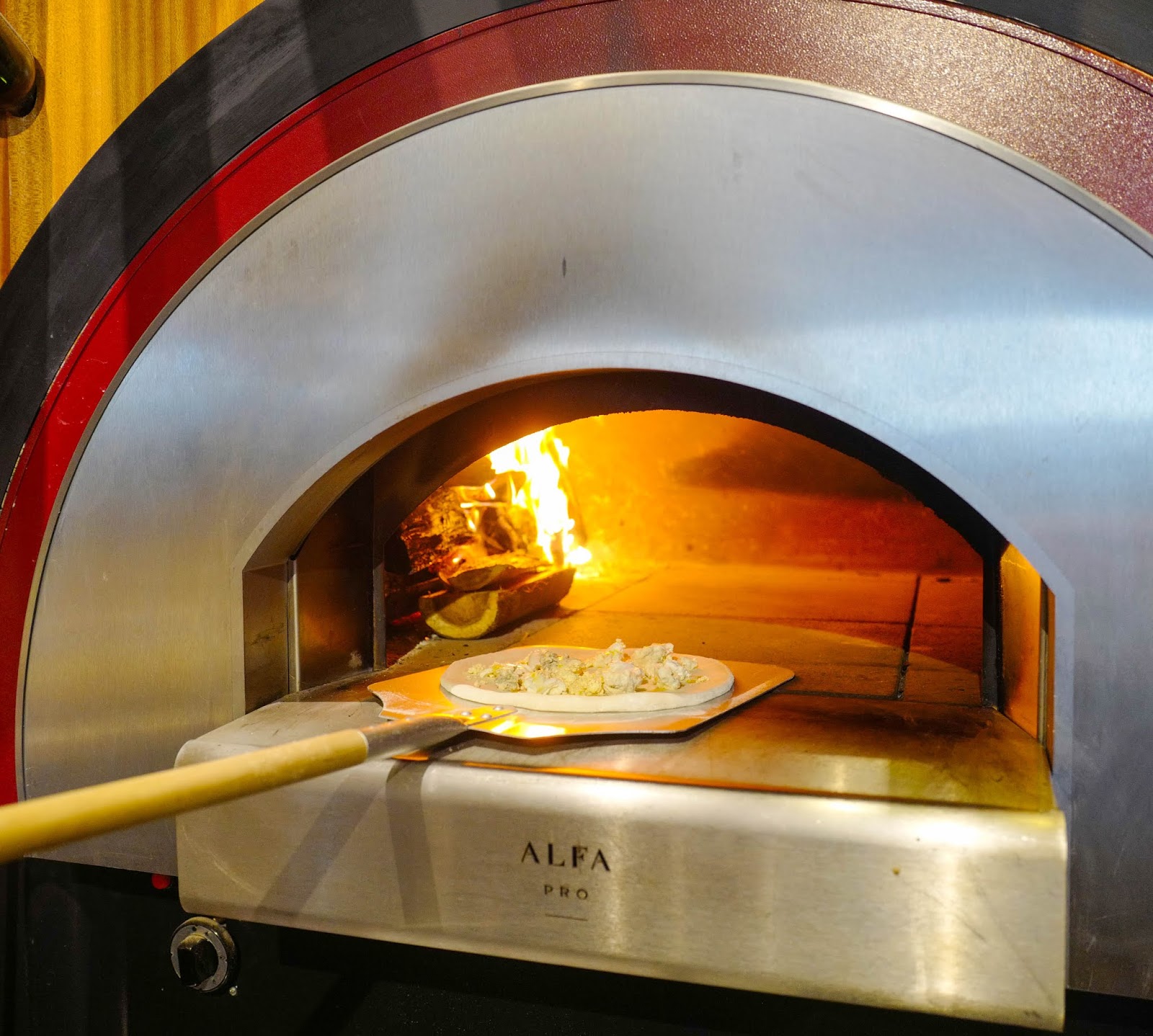 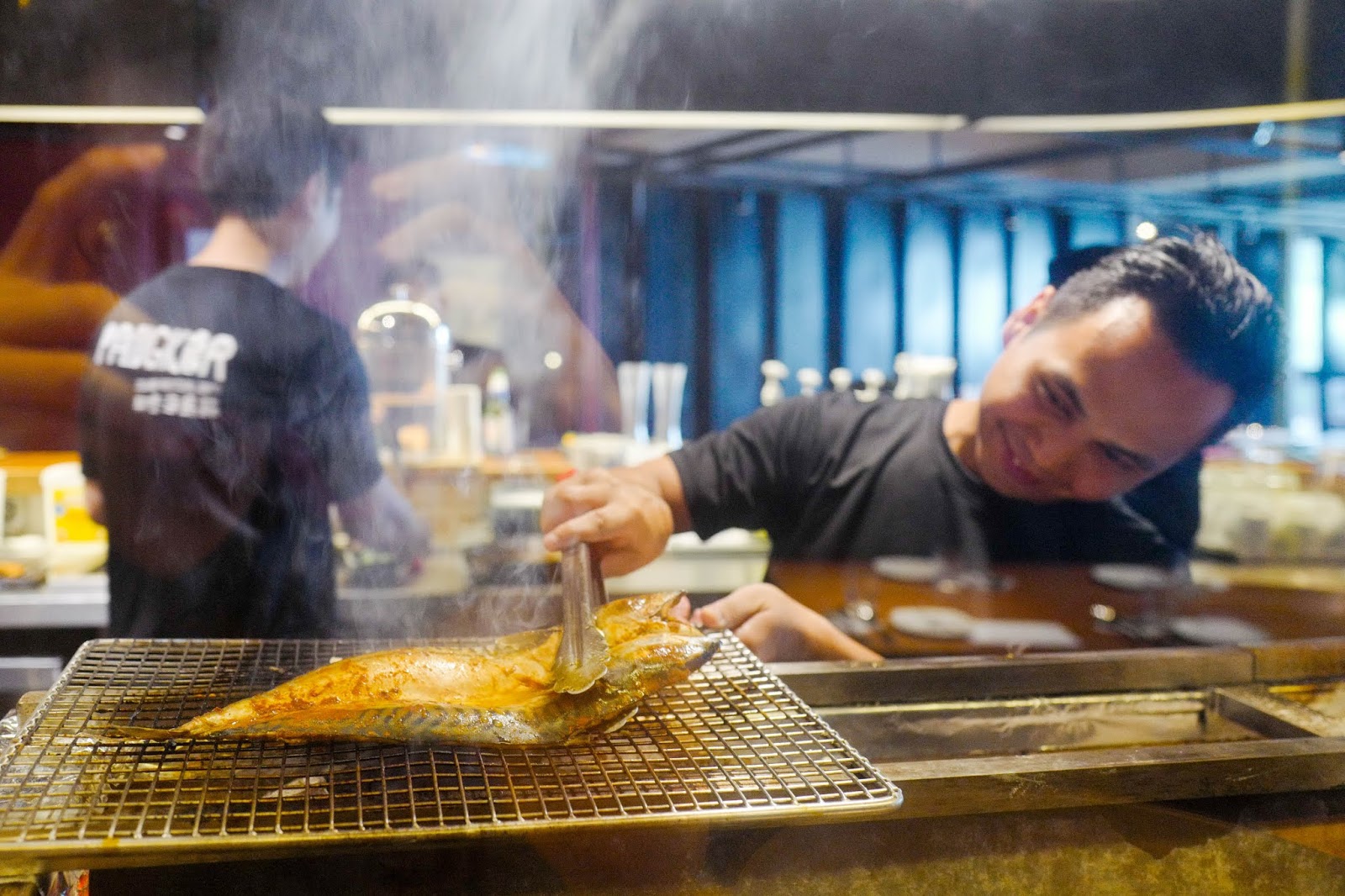 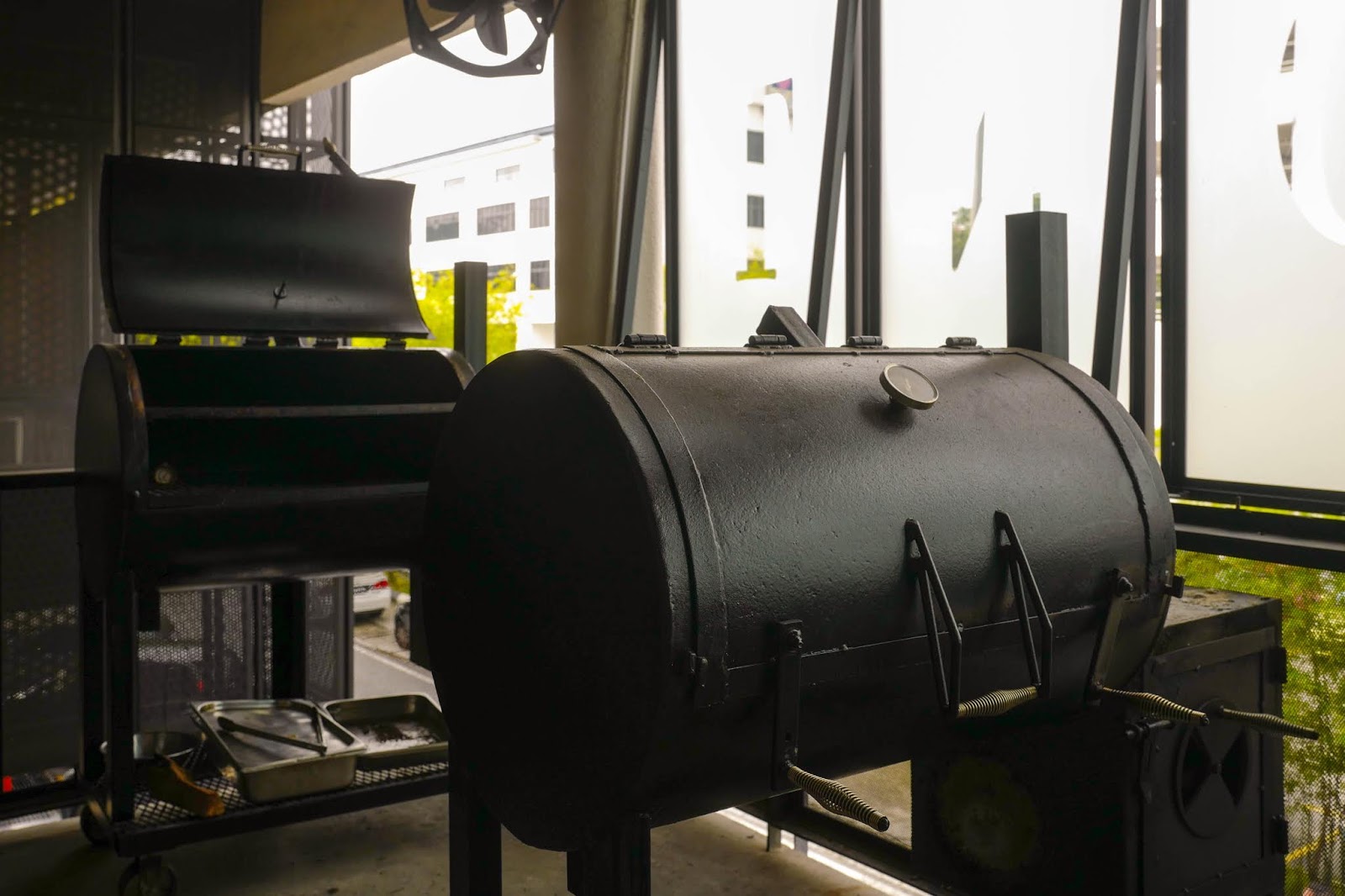 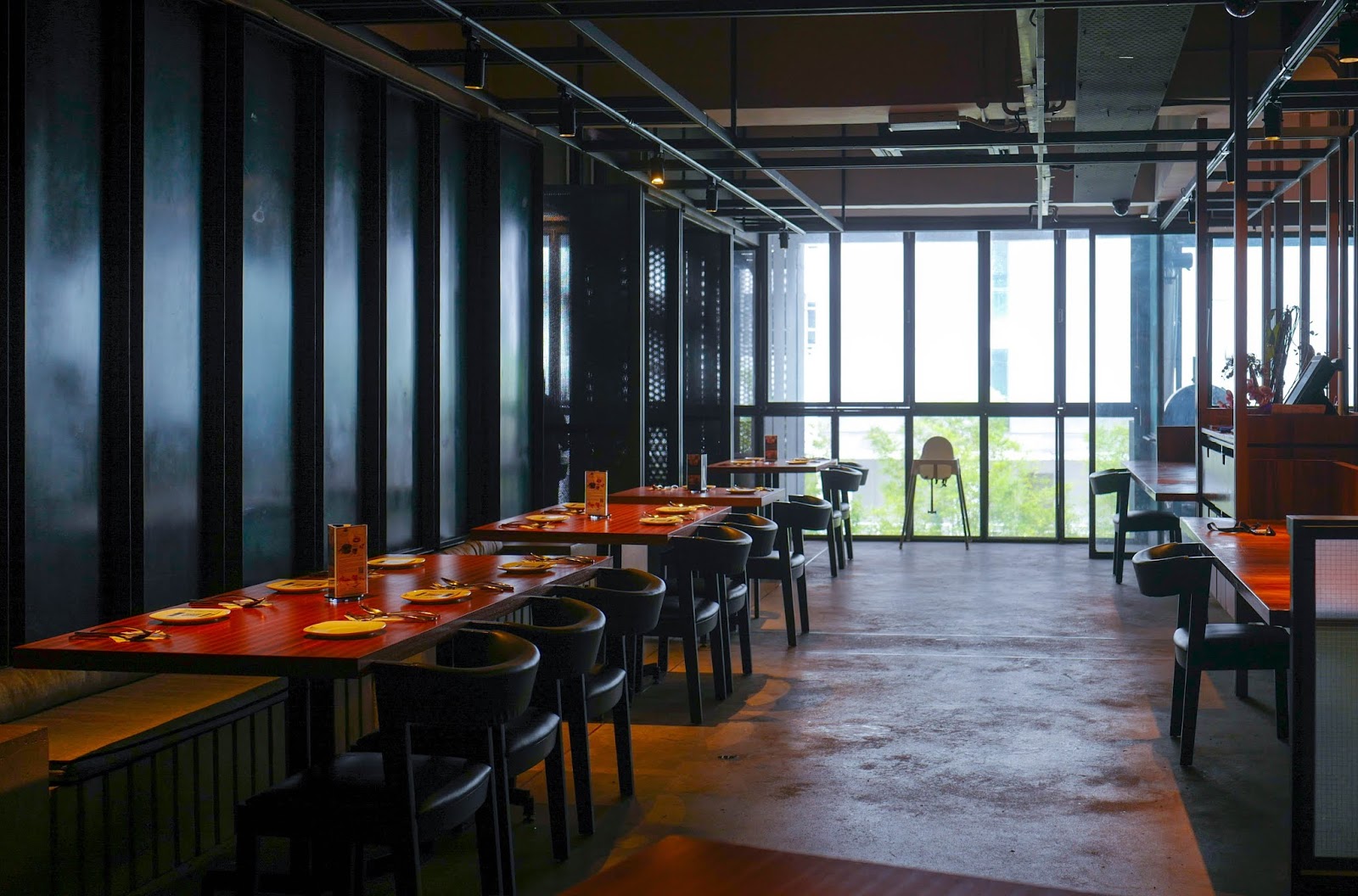 Le Pont Smoke & Grill Bar turns the temperature up on Old Klang Road: In its open kitchen, the culinary crew brings the burn to succulent steaks and other charcoal-grilled cuts of meat and seafood while also tending to a wood-fired oven where crisp-crusted pizzas blaze bright as the shining star. On the first-floor terrace, heavy-duty smoking machines promise to infuse a variety of produce with a summery barbecue's intensity - the weather might sizzle outdoors, but the cooking inside is even sultrier and far more scorching.

Perched above Le Pont Boulangerie, this newly revamped restaurant is one of the neighbourhood's hottest bets for a distinctive lunch or dinner. Head chef Soong Chee Heen, with nearly a decade of training and experience in both French and Japanese gastronomic arts, has crafted a crowd-pleasing parade of passion-warmed, fever-kissed recipes, from roasted beetroot salad to seared fish carpaccio, braised beef brisket pasta to smoked lamb shoulder to baked mushrooms in parchment. 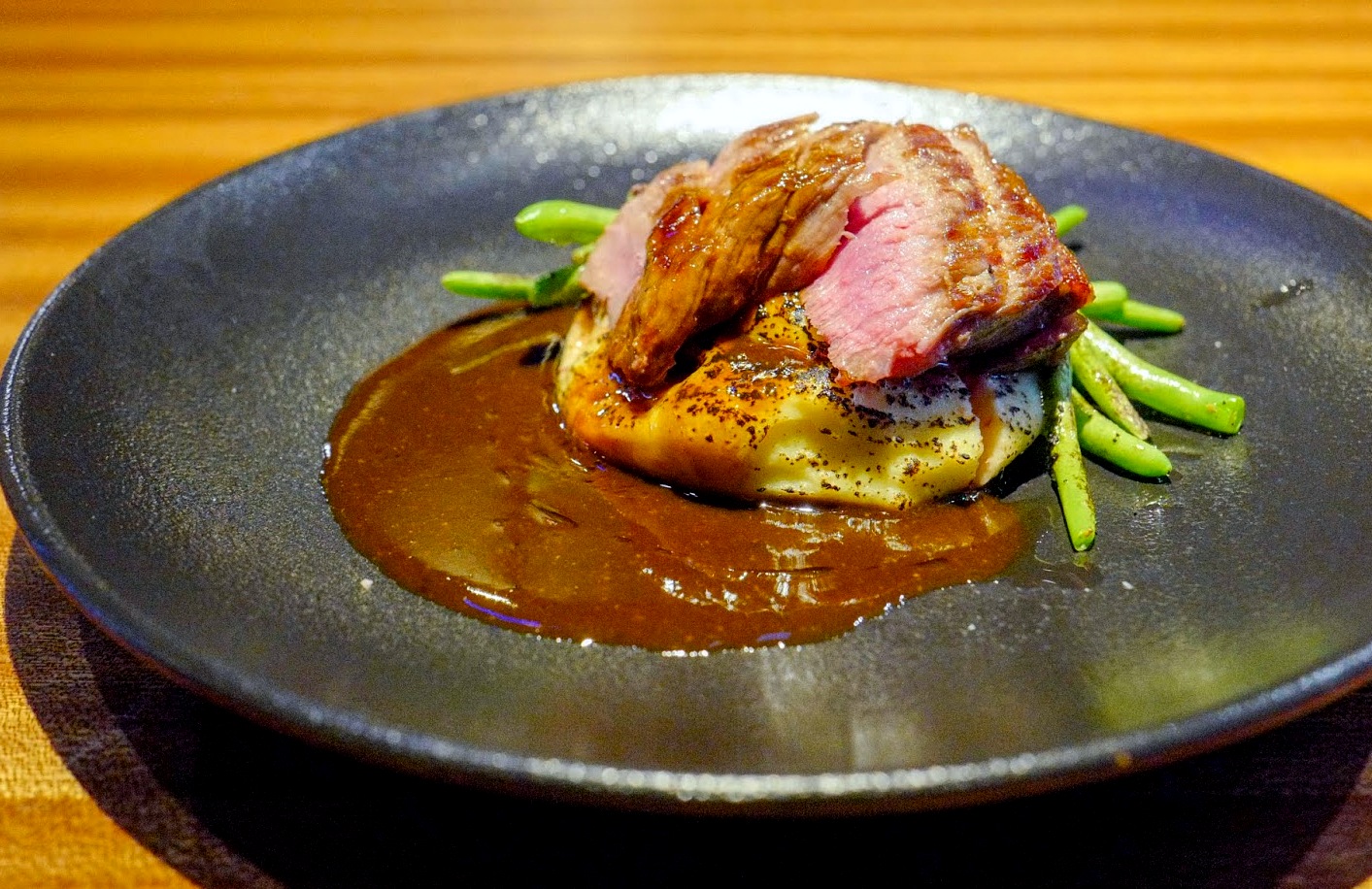 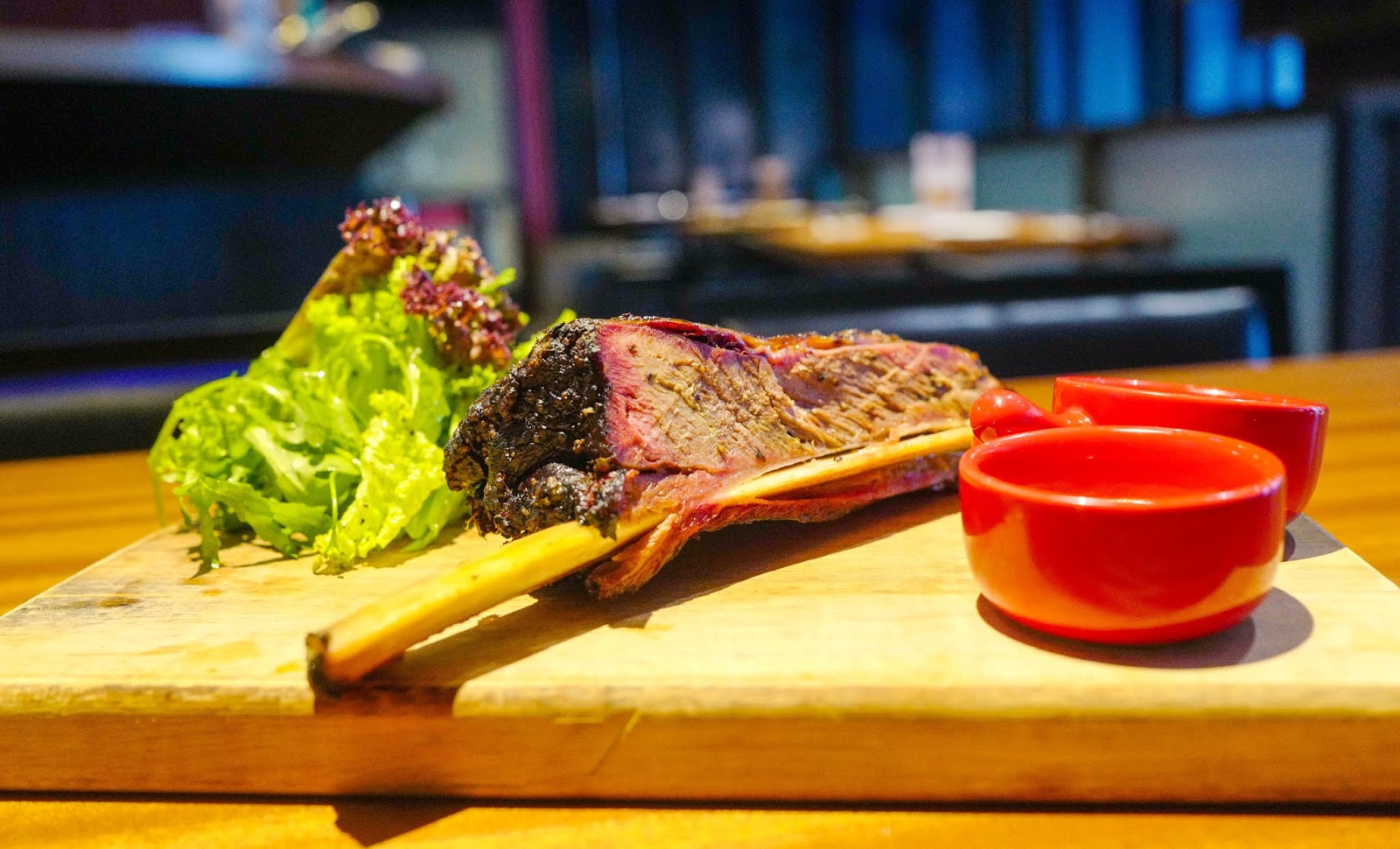 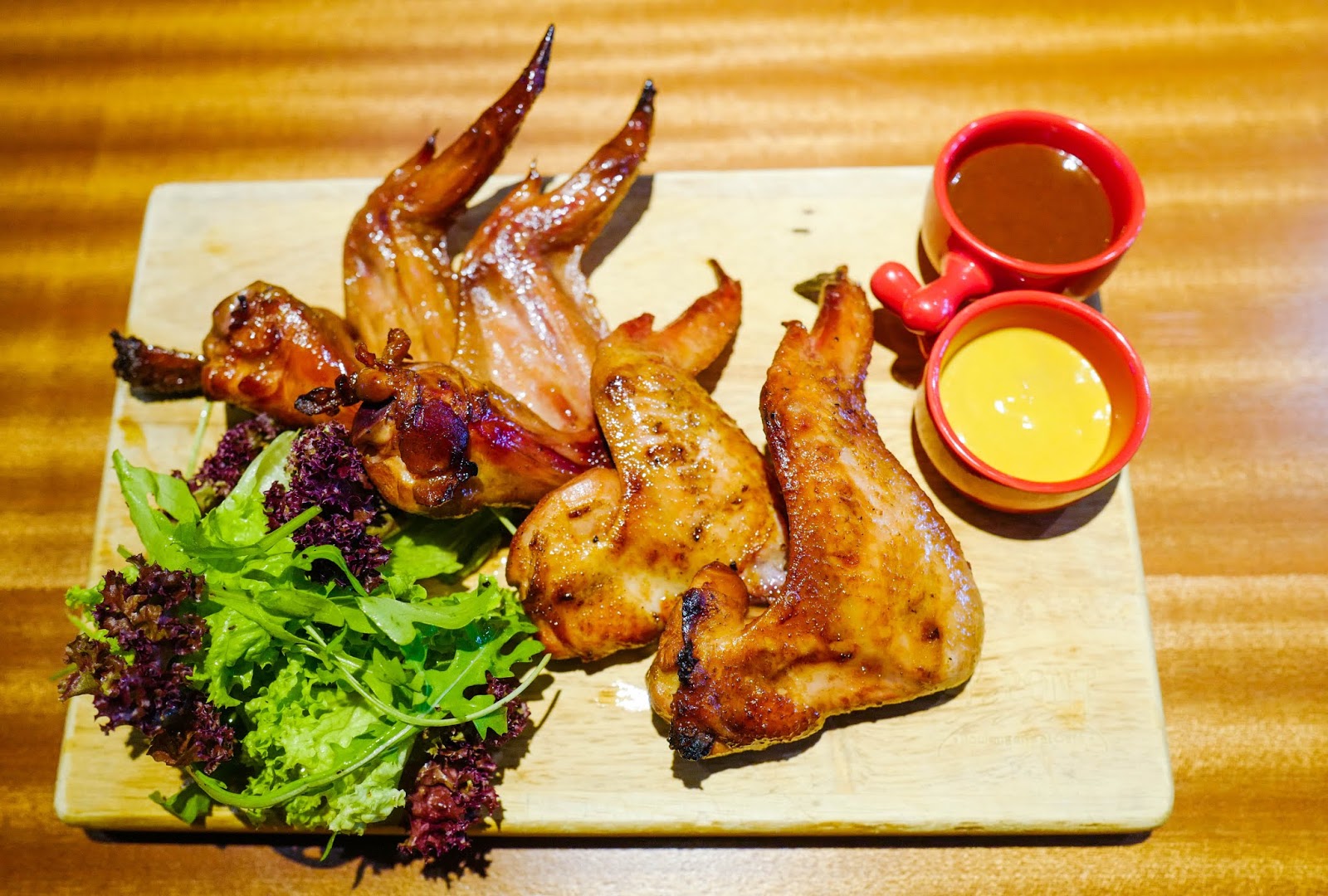 Patrons with a penchant for pure protein will be richly rewarded here: To kick off with the best that Le Pont offers, order the Japanese M8 wagyu steak, prepared to medium-rare precision, sous-vide cooked for two hours before reaching the charcoal grill - each slice yields a textured bite that you can sink your teeth beautifully into, every chew is a potent burst of beefy juiciness (RM180 for 80 grams), rounded out with lushly creamy mashed potatoes, French beans that are also surprisingly nuanced in their smokiness, and a Japanese-inflected miso demi-glace sauce that masterfully packs an umami punch without overpowering the premium meat.

Le Pont also takes pride in its smoked BBQ Australian grain-fed beef ribs, accomplished with its own meticulous techniques, marinated overnight with imported European herbs before being smoked for 12 hours, surfacing at the table with a seductive caramelisation that conceals a caveman-worthy chunk of full-bodied, robust flavour (RM34 per 100 grams), completed with kitchen-made barbecue sauce and pickles.

Beyond beef, even chicken wings are made much more intriguing than the norm - the fabulously fleshy ones here are marinated for no fewer than 24 hours, finally spending four hours in the smoker to achieve an aromatic appeal that oven-baked wings can't compete with, lip-smacking down to the bone (RM22 for 4 pieces). 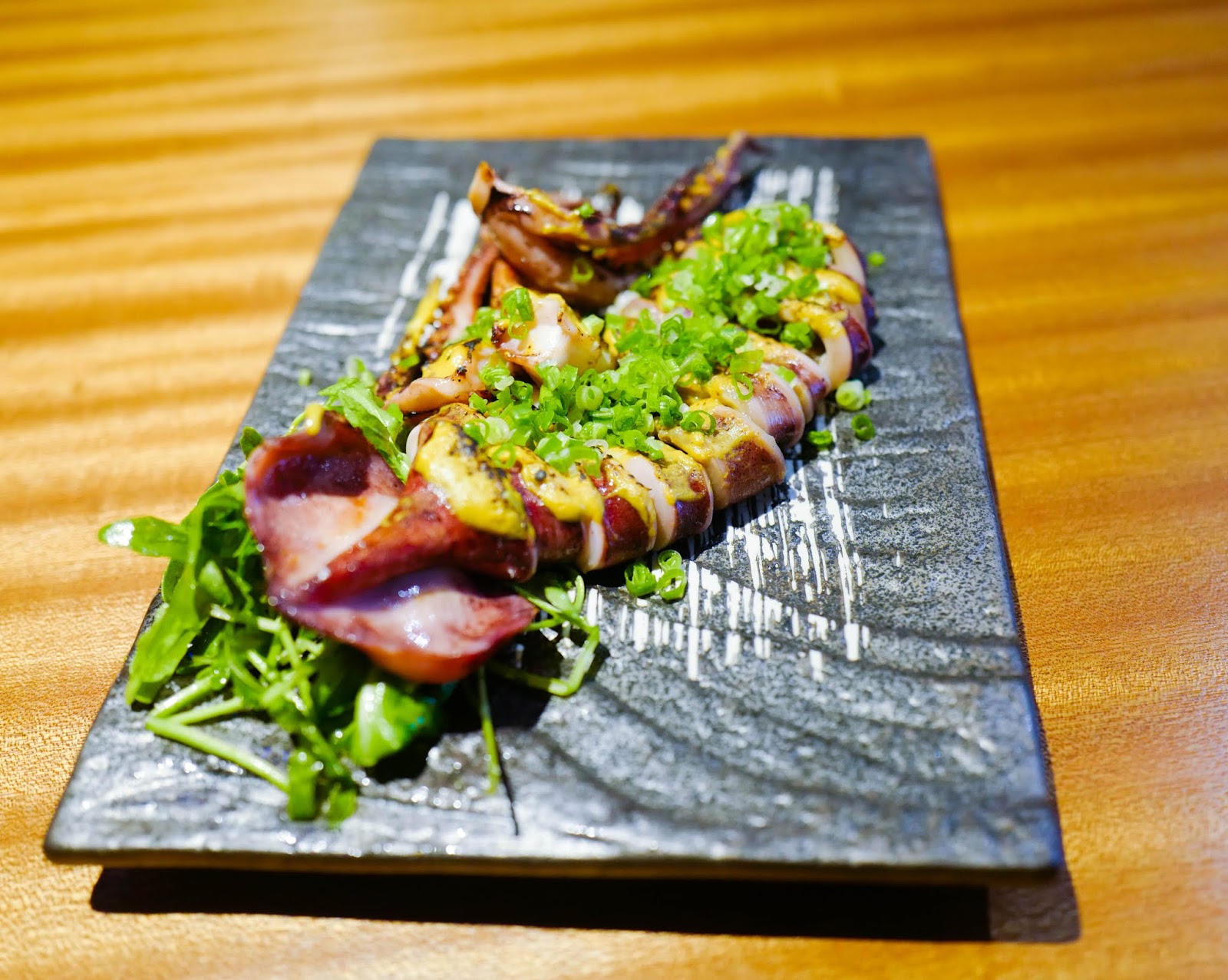 We were immensely impressed by the 48-hour-marinated whole mackerel (RM38) - we'd typically hesitate to order this, fearing its formidable fishiness, but this paprika-smoked pleasure is a surefire smash, air-dried to seal in a concentration of pure fresh-catch flavour, mighty in its moist flakiness, entirely enjoyable even without the accompaniments of a spicy citrus sauce and pickles. If fish is what rocks your boat, set sail for Le Pont soon. 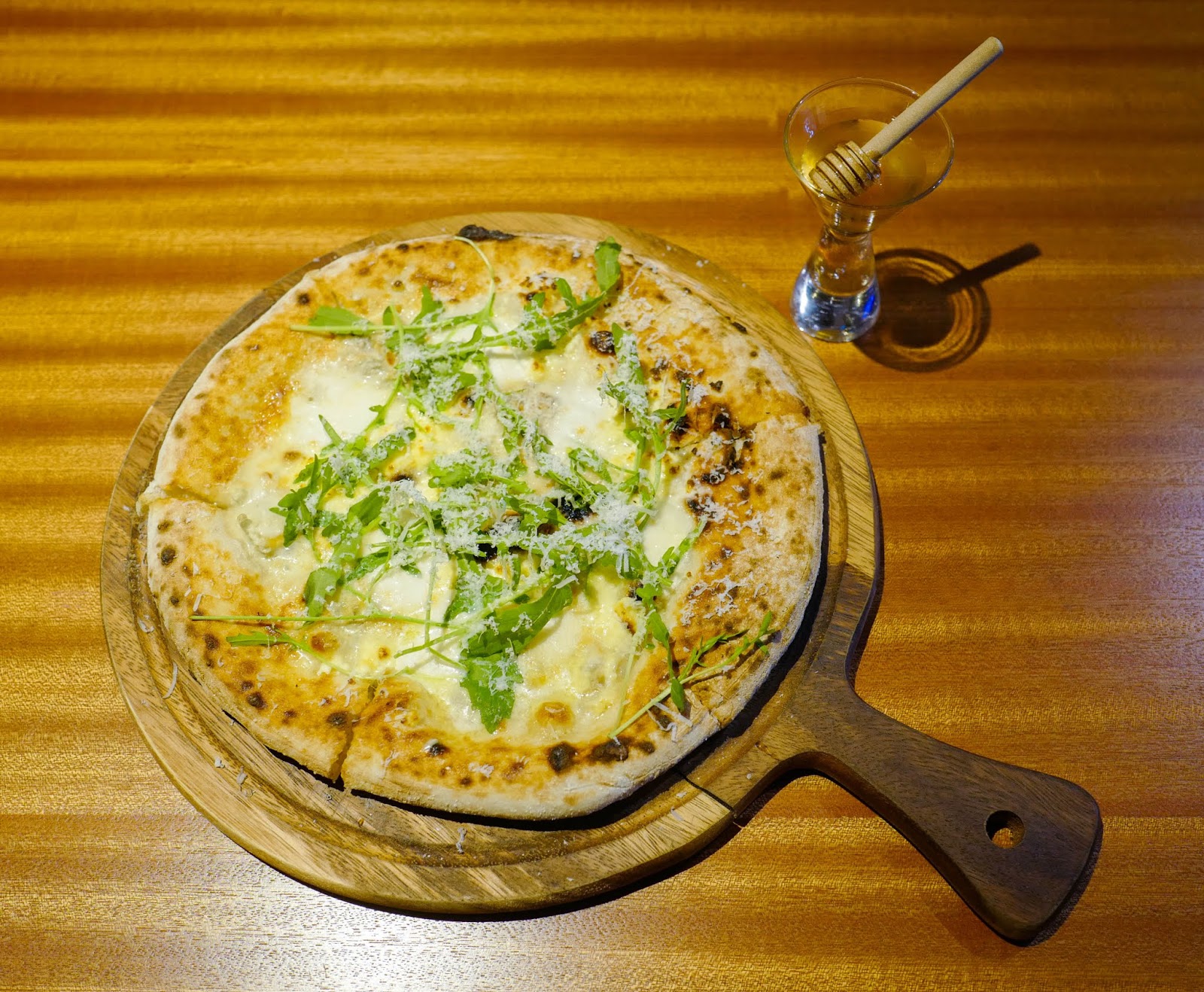 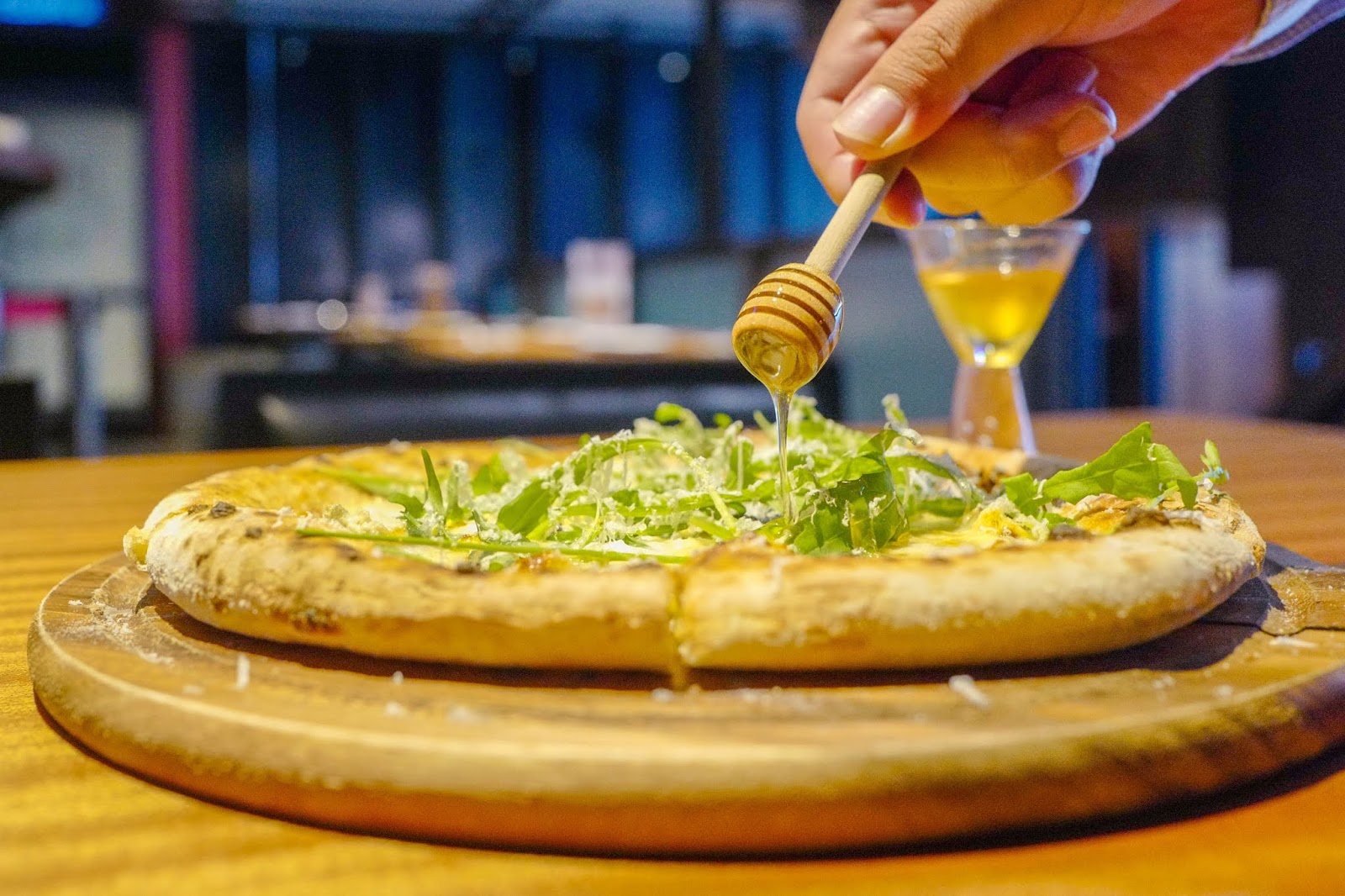 Le Pont also proves its prowess with pizza - half-a-dozen varieties are available, but the top triumph is the Quattro Formaggi Pizza (RM40), borrowing inspiration from Neapolitan traditions, oven-baked at 400 degrees Celsius for that irresistibly fragrant, supple crust, thickly blanketed with four Italian cheeses that convey rustic savouriness, drizzled with honey for a balance of sensuous sweetness, as well as rocket leaves for a peppery sharpness. Le Pont is perfect for communal feasts, so if you're here with family or friends, the BBQ chicken pizza, classic margherita, smoked duck pizza, soft-shell crab pizza or smoked salmon calzone also beckon from the menu. 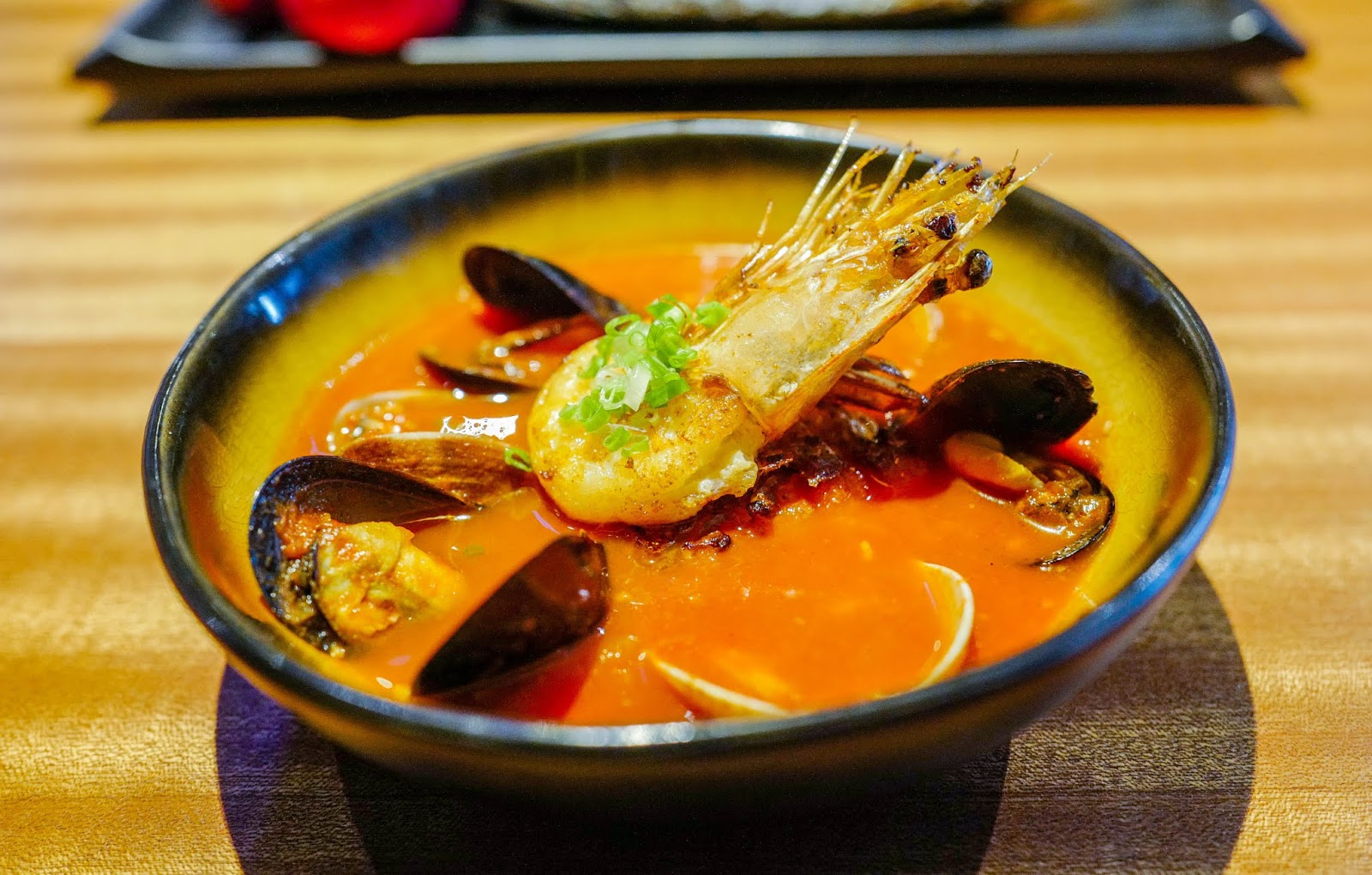 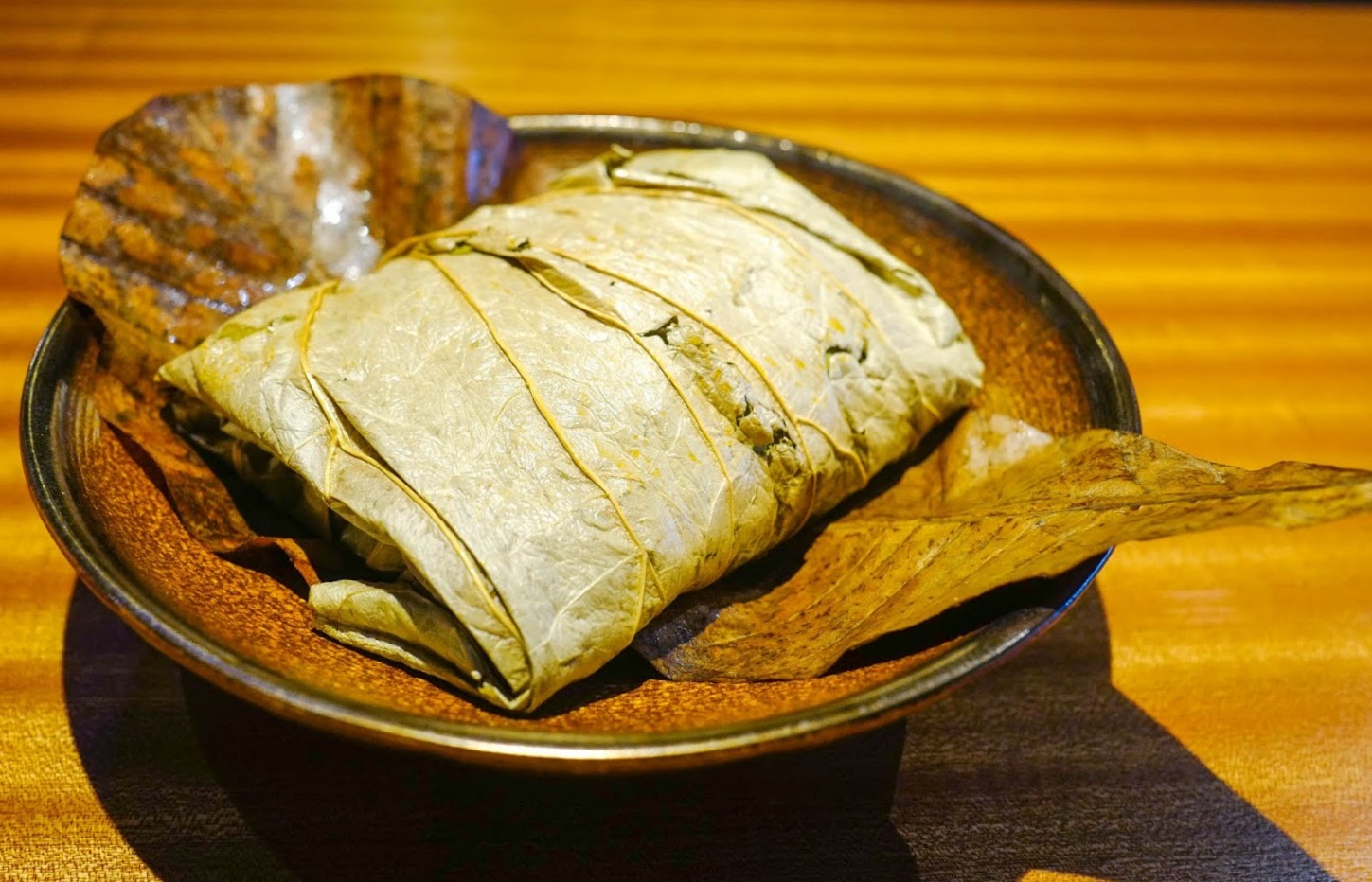 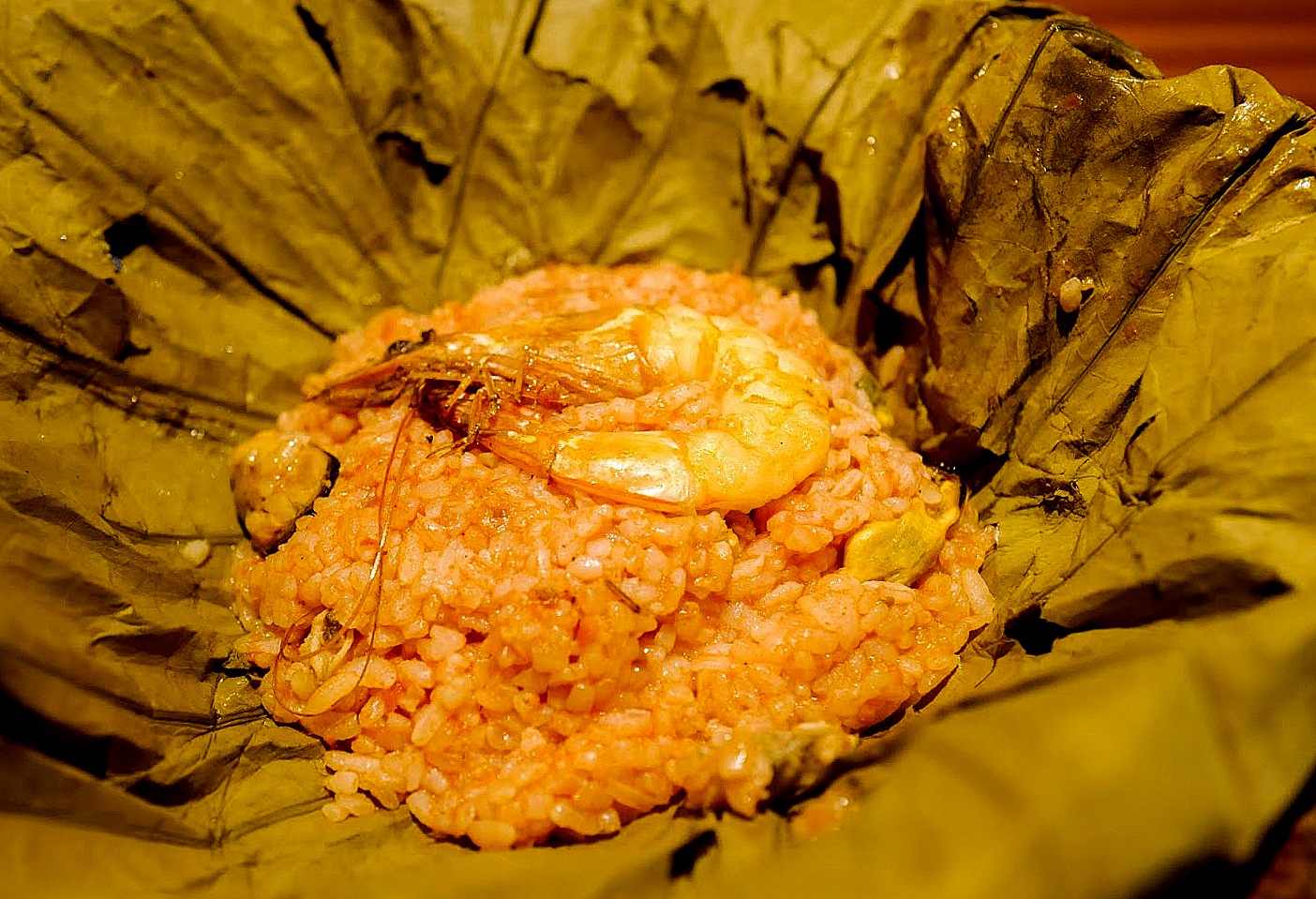 Le Pont's selection is sweeping enough to merit multiple visits, but for our first exploration, our final main courses came crowned with white prawns - the seafood soup du tomate harks back to the heart-soothing, fisherman-friendly classics like the Italian-American cioppino and French bouillabaisse, packed with plenty of pan-seared Norwegian salmon, mussels, clams and prawns in a delicately tangy stew (RM26), while the seafood tomato rice features Japanese short-grain rice wrapped up not only in lotus leaves but elegantly plated with a hoba magnolia leaf too, stashing a hidden-treasure ocean's trove of white fish, shellfish and prawns (RM32). 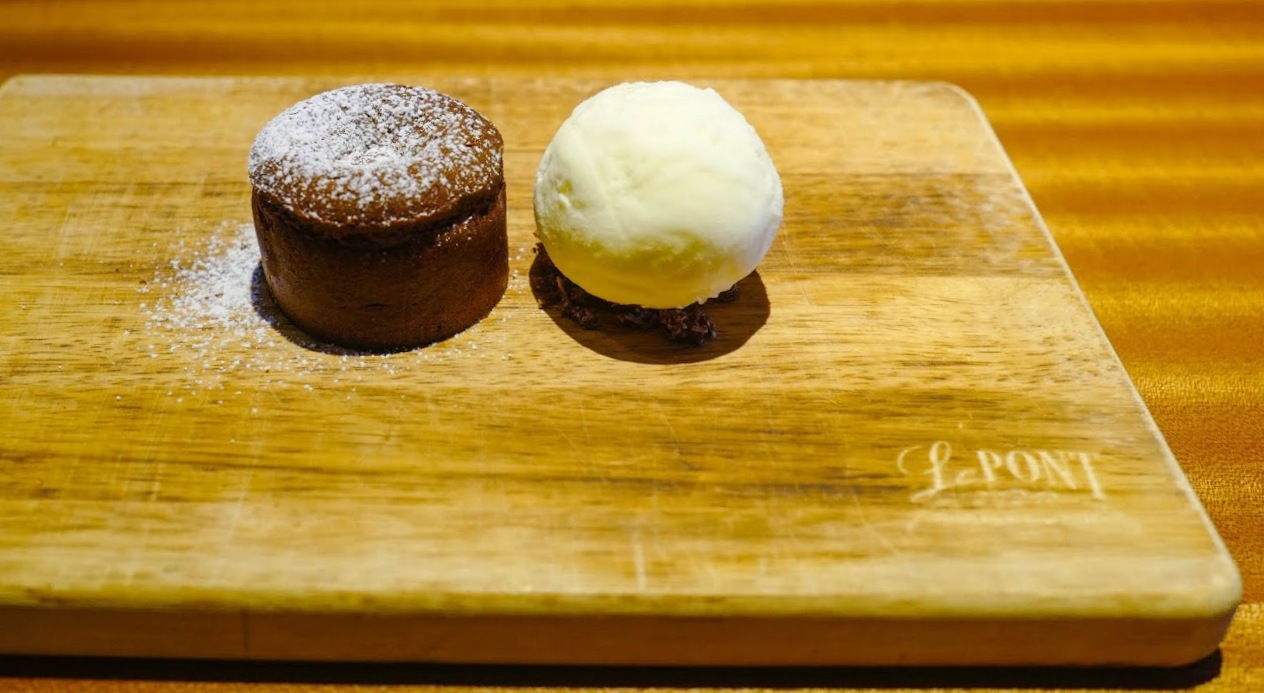 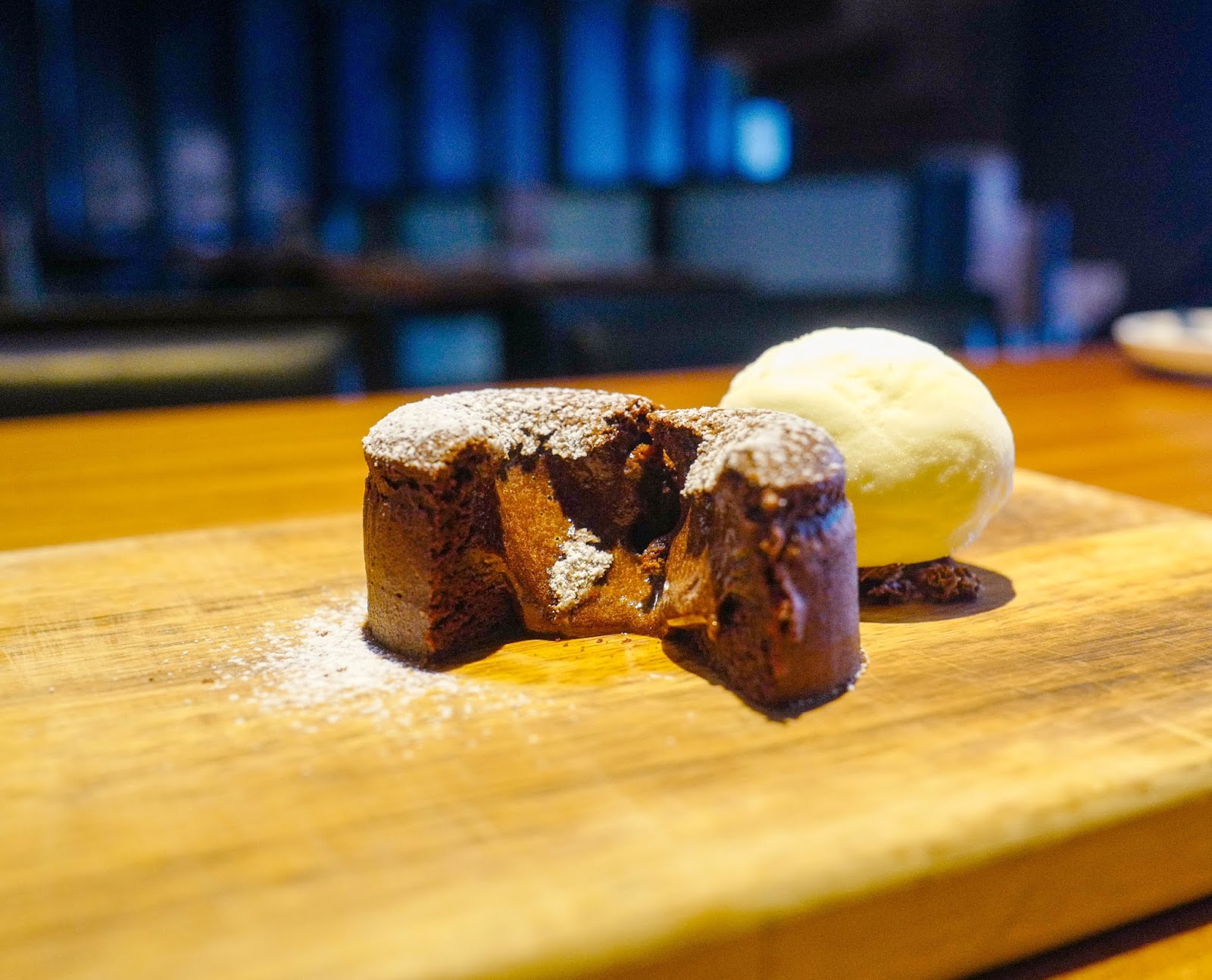 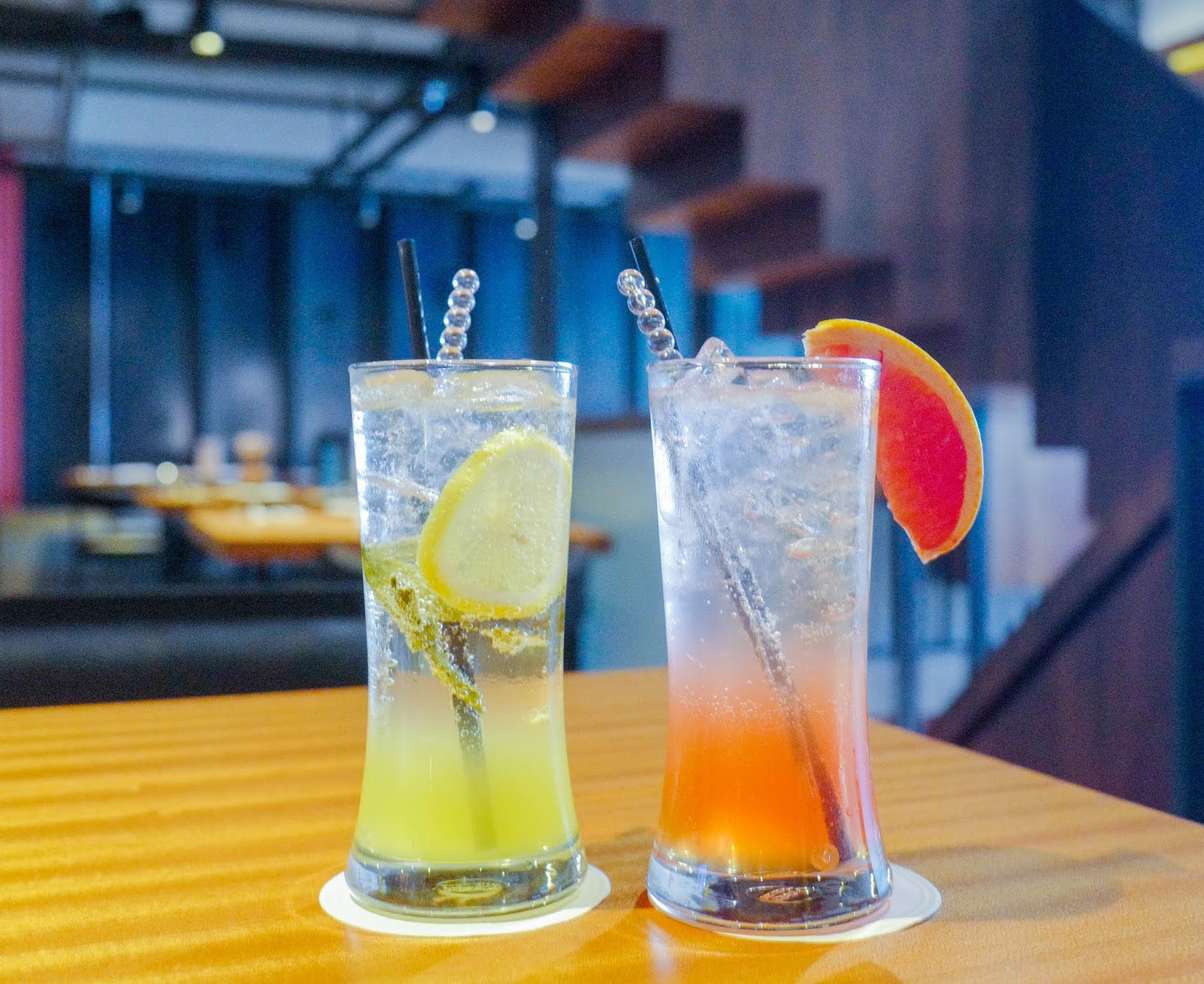 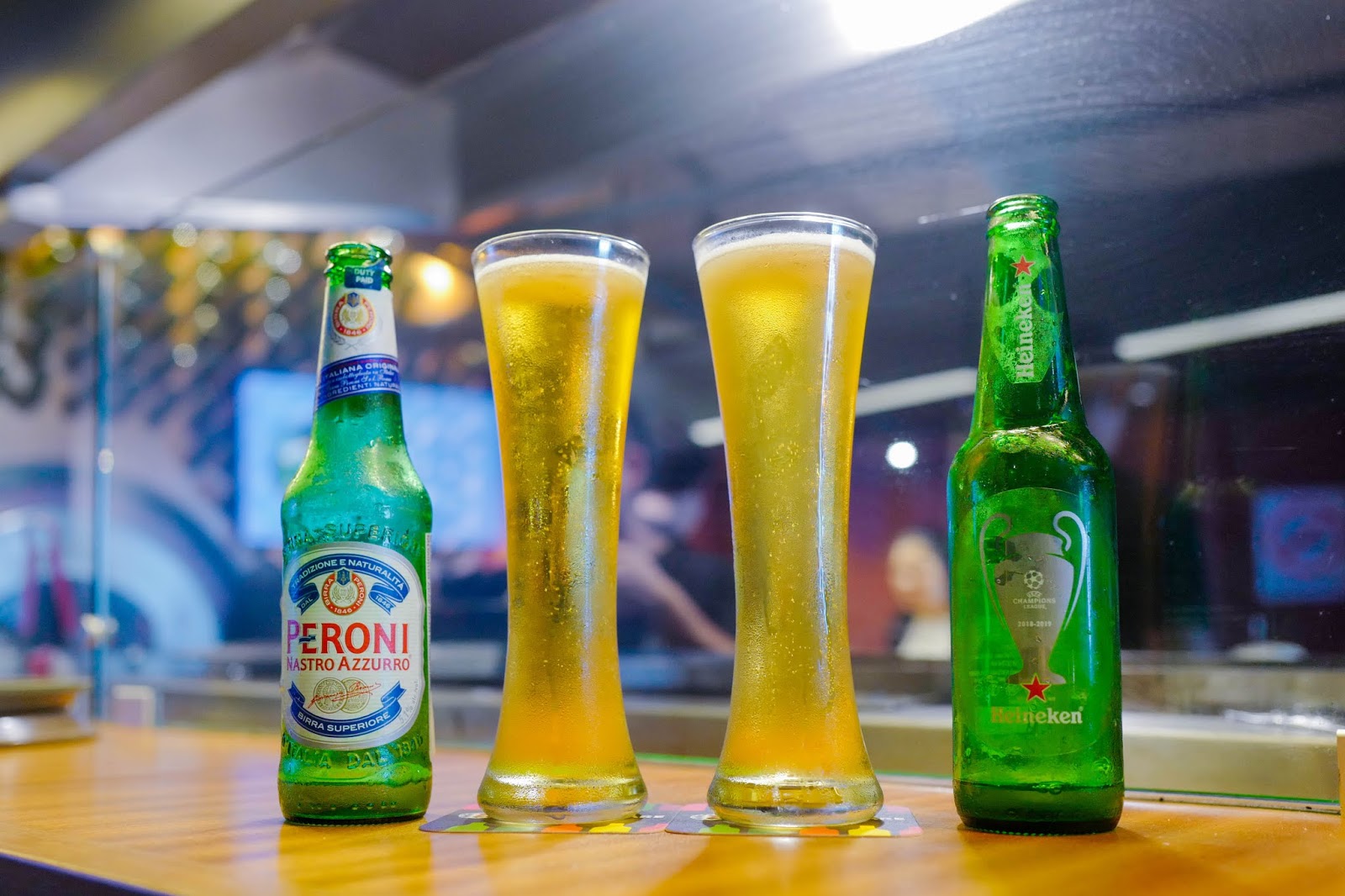 Dessert emerges blistering-hot from the oven too - the chocolate fondant is constructed for fans of lava cakes, with luxuriously velvety chocolate spilling out from its core, with cooling comfort coming from a scoop of vanilla ice cream (RM22). Wash down your meal with mocktails like the Kaffir Lemonade (RM13.50; a playful twist on the familiar lemonade, bolstered by kaffir lime leaves) and Virgin Jungle (RM15; pineapple juice with tonic soda and brown sugar, a rejuvenating beverage) or beer (Italian-brewed Peroni is offered alongside Heineken).

All in all, Le Pont Smoke & Grill Bar is a noteworthy addition to a family of restaurants that includes Le Pont Boulangerie and Xenri Japanese Cuisine here, as well as Passione Ristorante Italiano in Sri Petaling - an eclectic ensemble of eateries that all strive hard to offer a memorable experience.

Many thanks to Le Pont Smoke & Grill Bar for having us here. 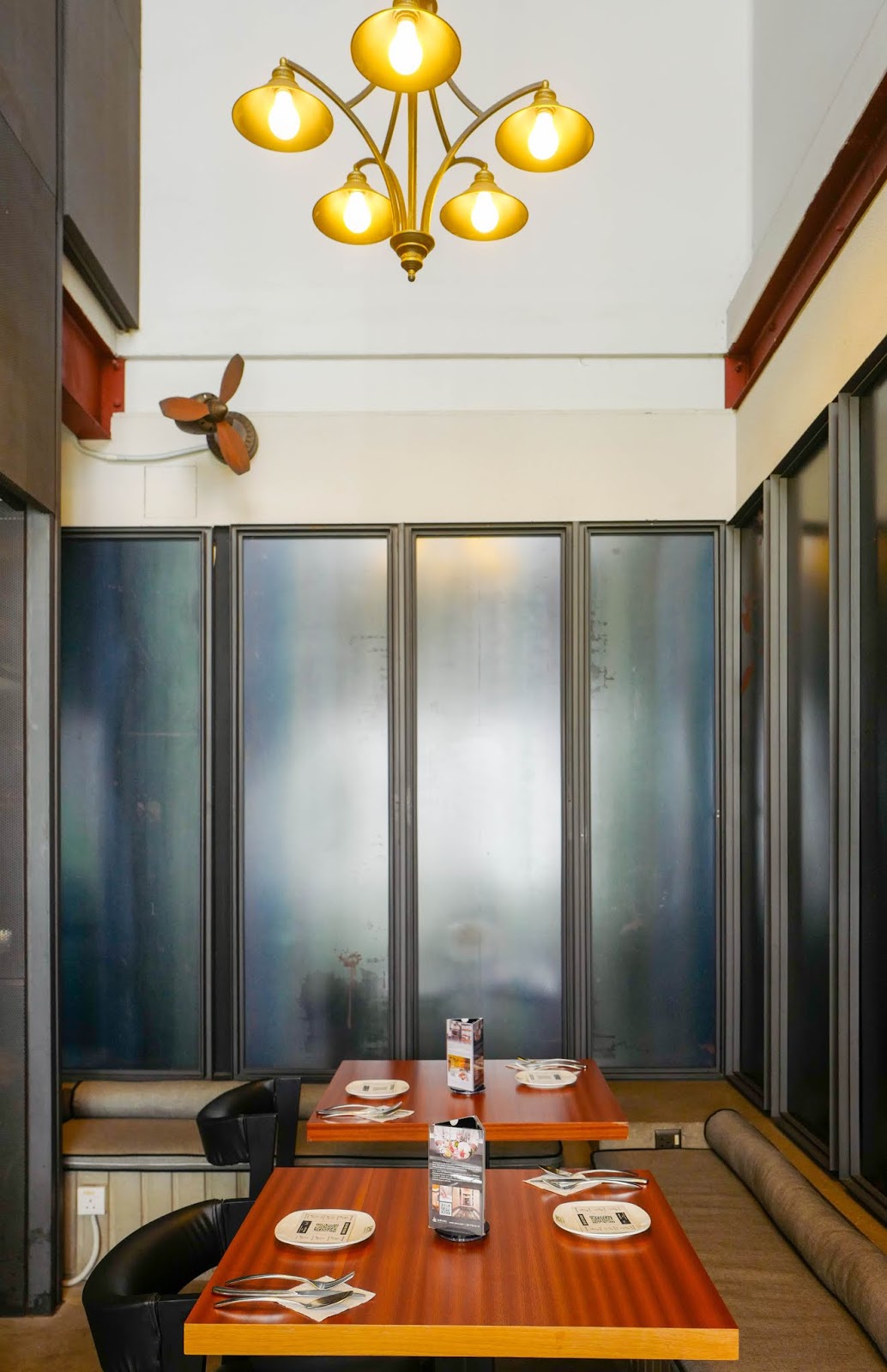 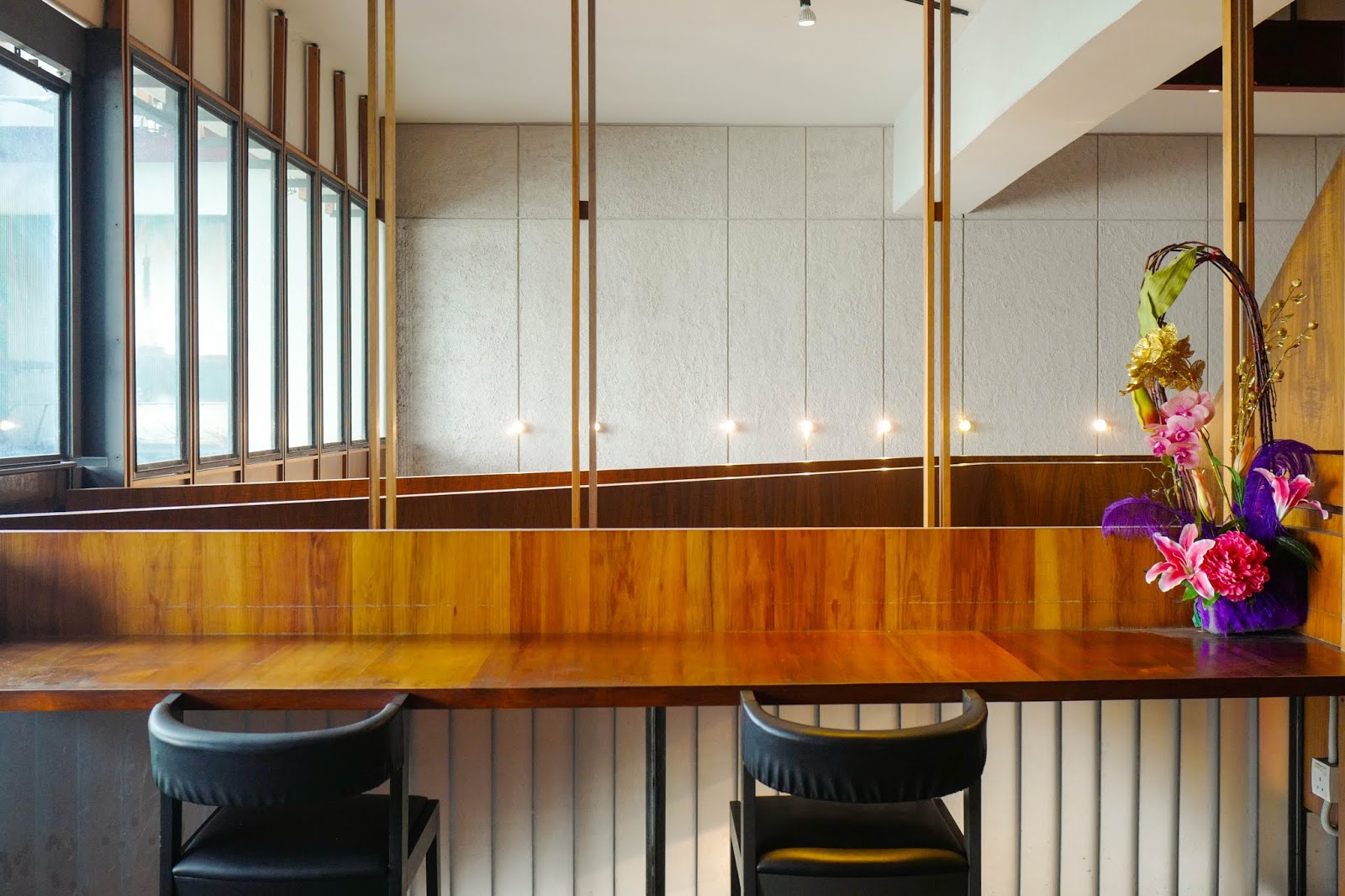 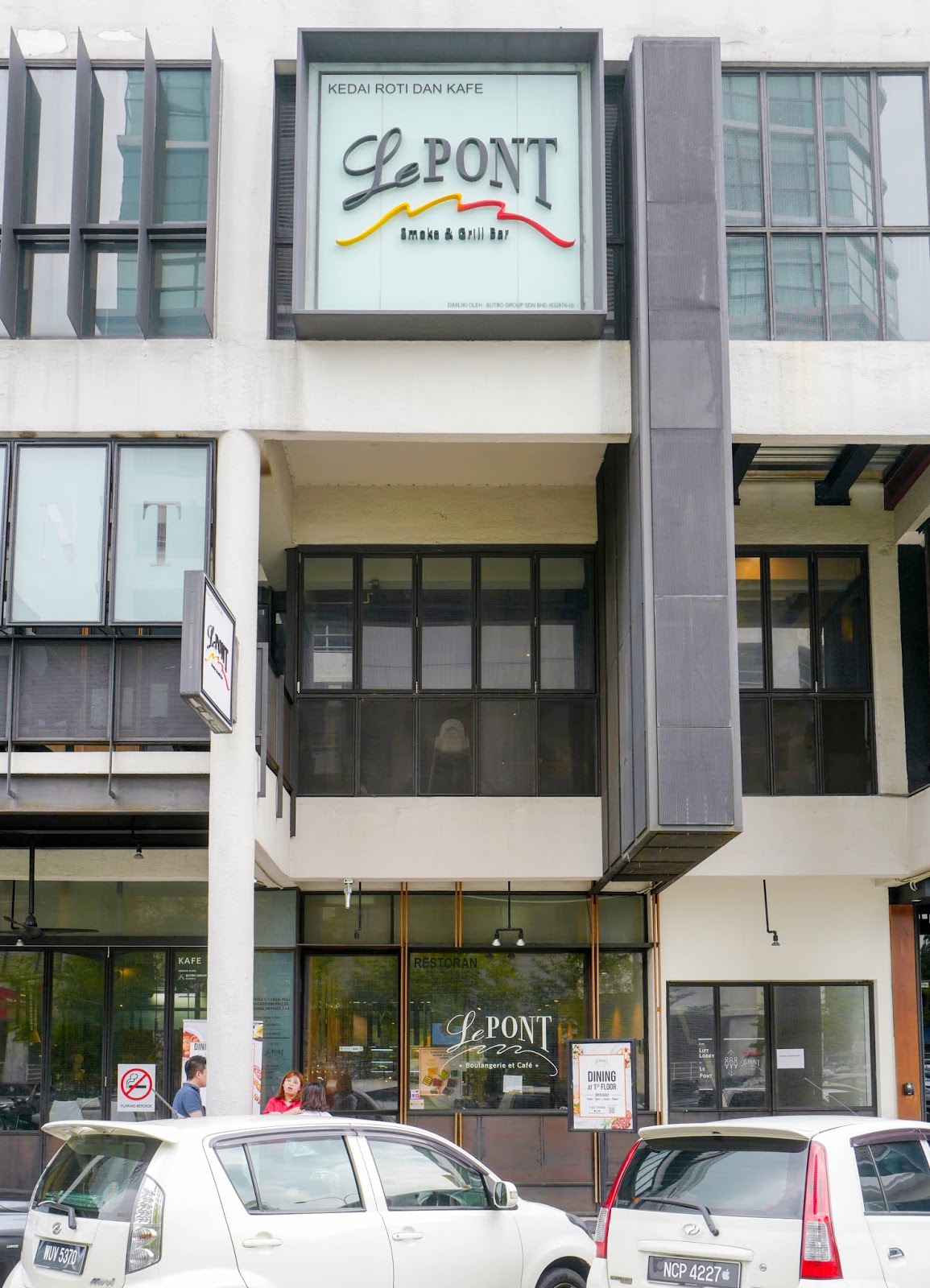 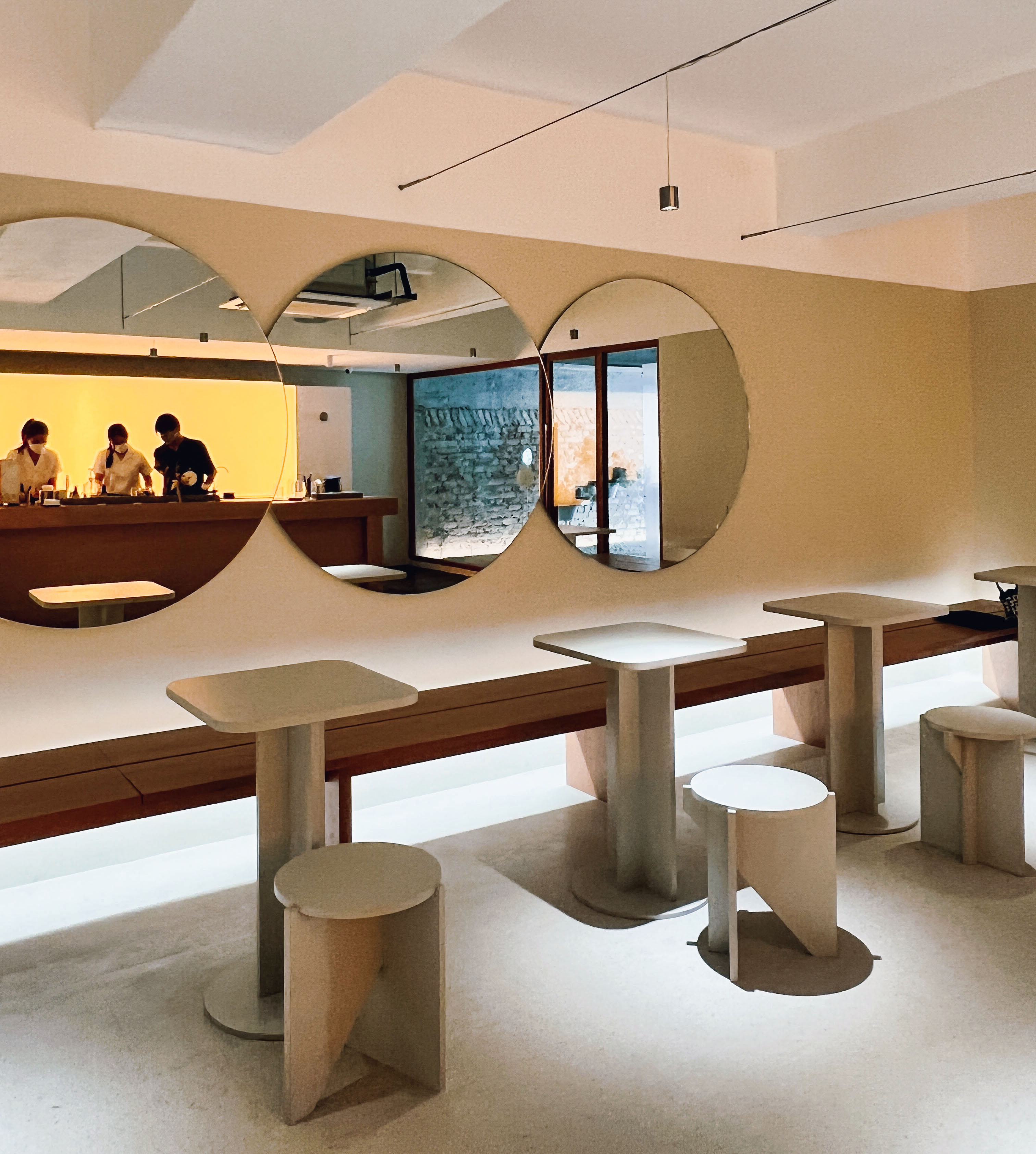