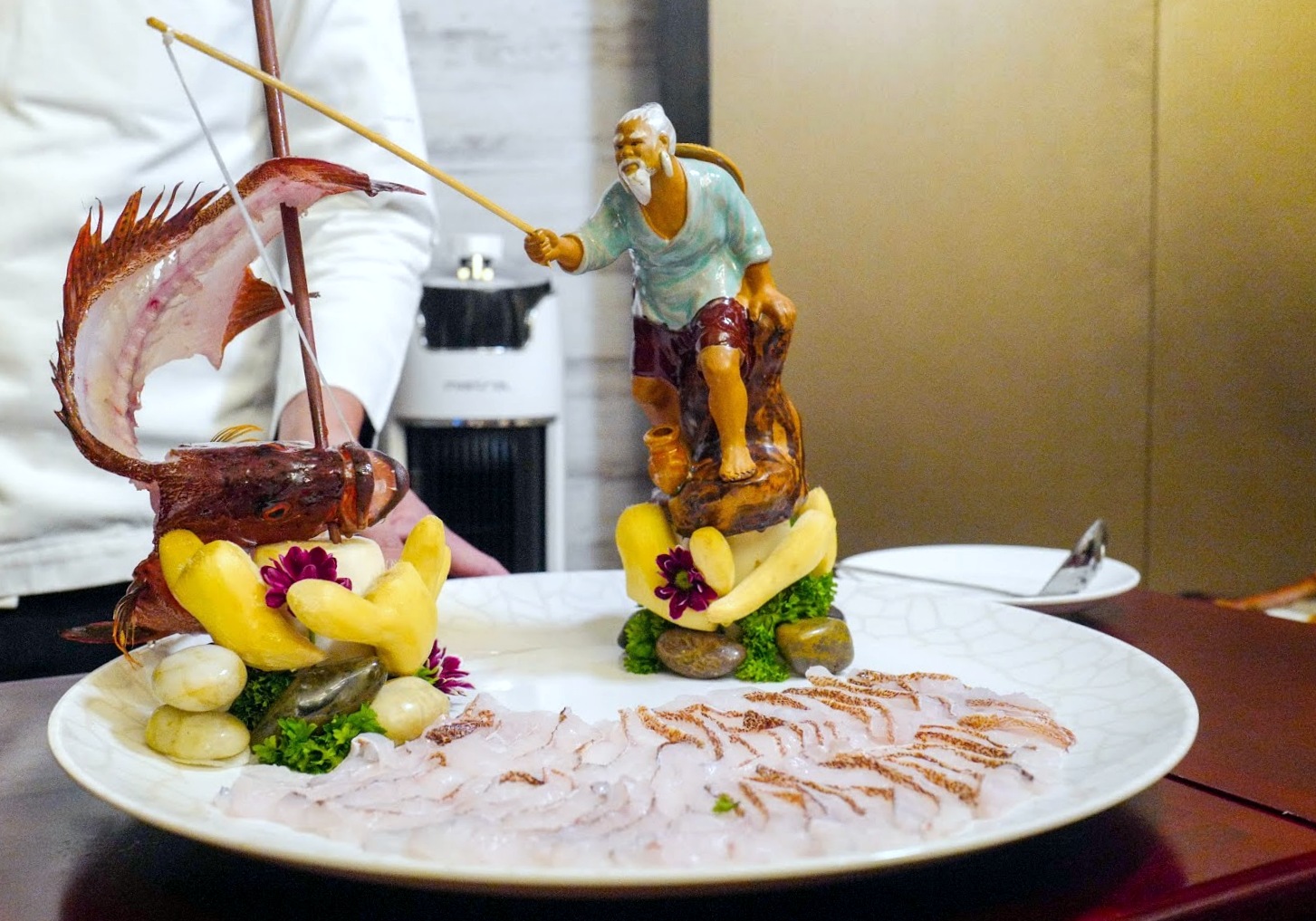 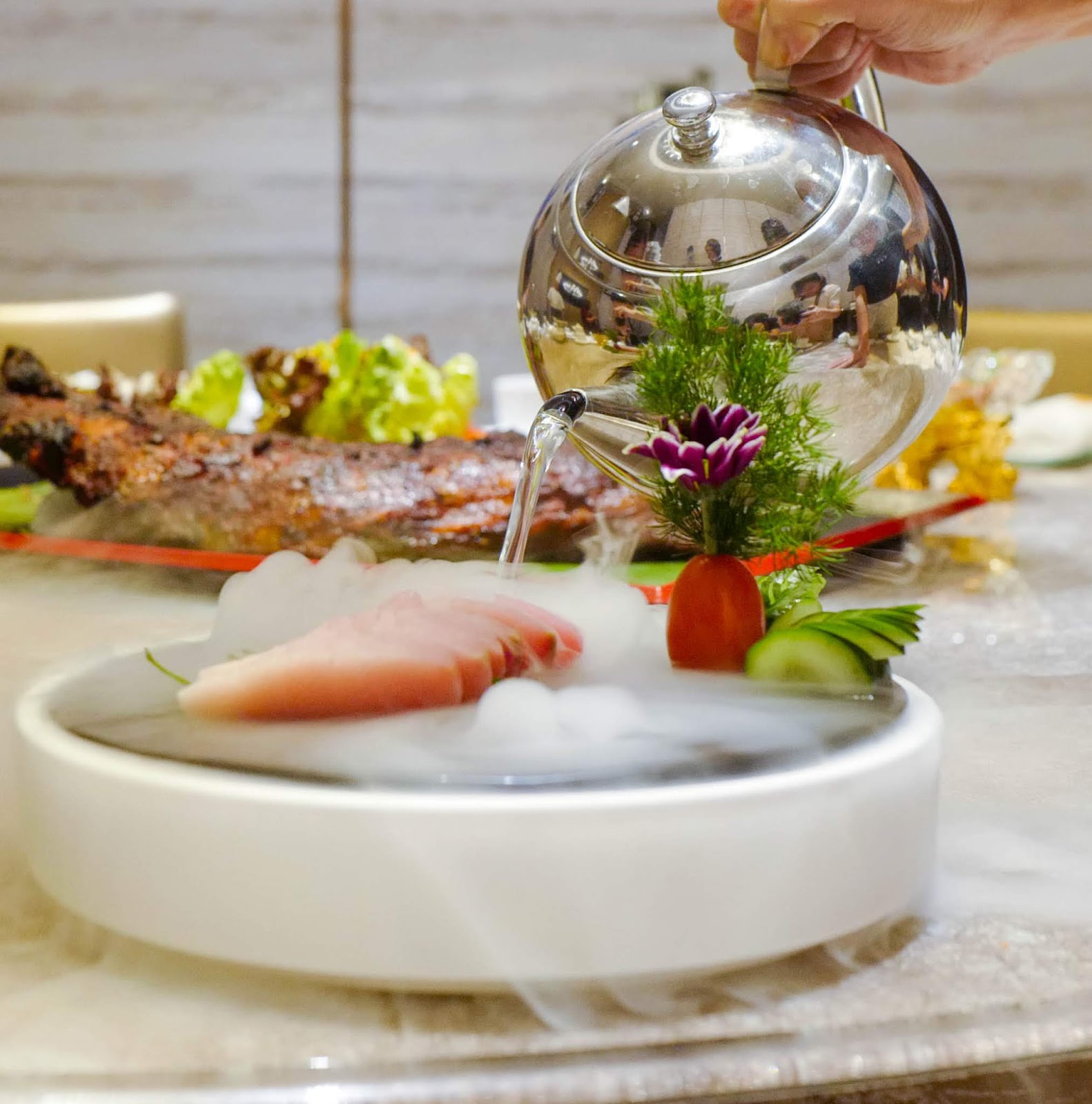 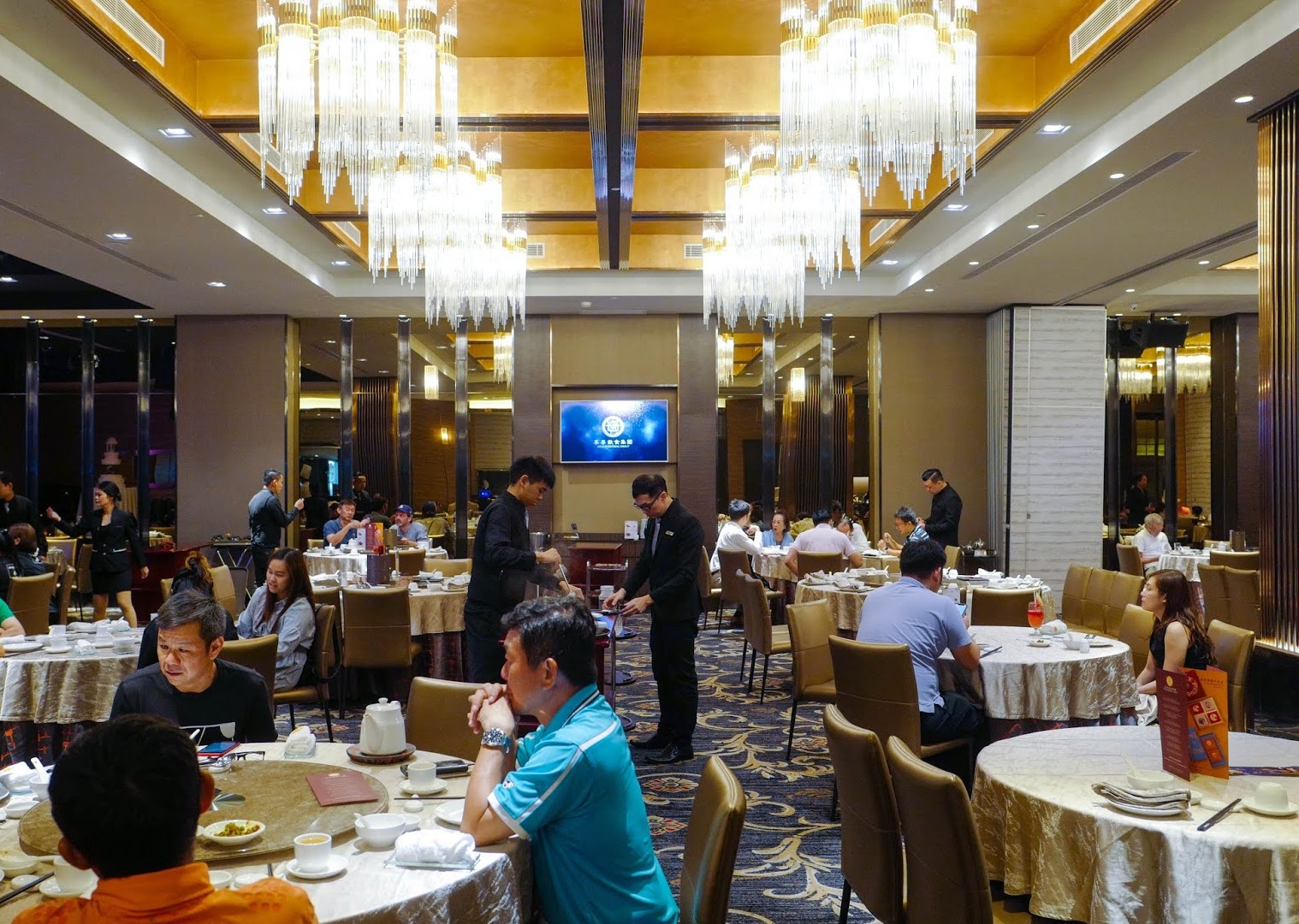 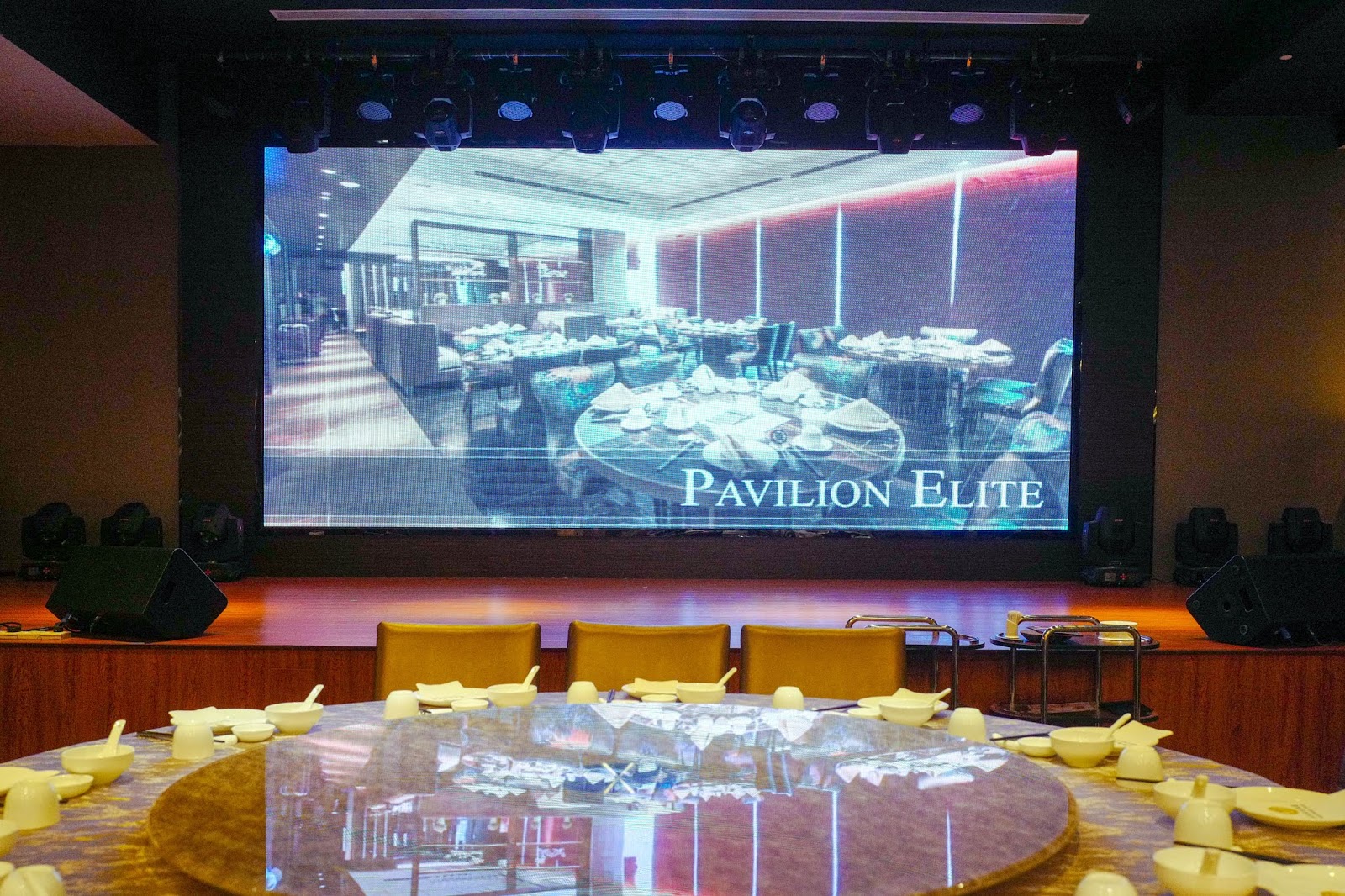 The Grand Imperial Group's 10th outpost scores close to a perfect ten on every level: Launched this past month in a sparkling setting on Pavilion Kuala Lumpur's sixth floor, fully refurbished with a stage backed by an LED screen, this is a banquet hall for all occasions, from birthday celebrations to weddings, serving striking culinary specialities that impress with prime flair.

Note: This is the second Grand Imperial to open in Pavilion after an earlier establishment on the ninth floor of Pavilion Elite. 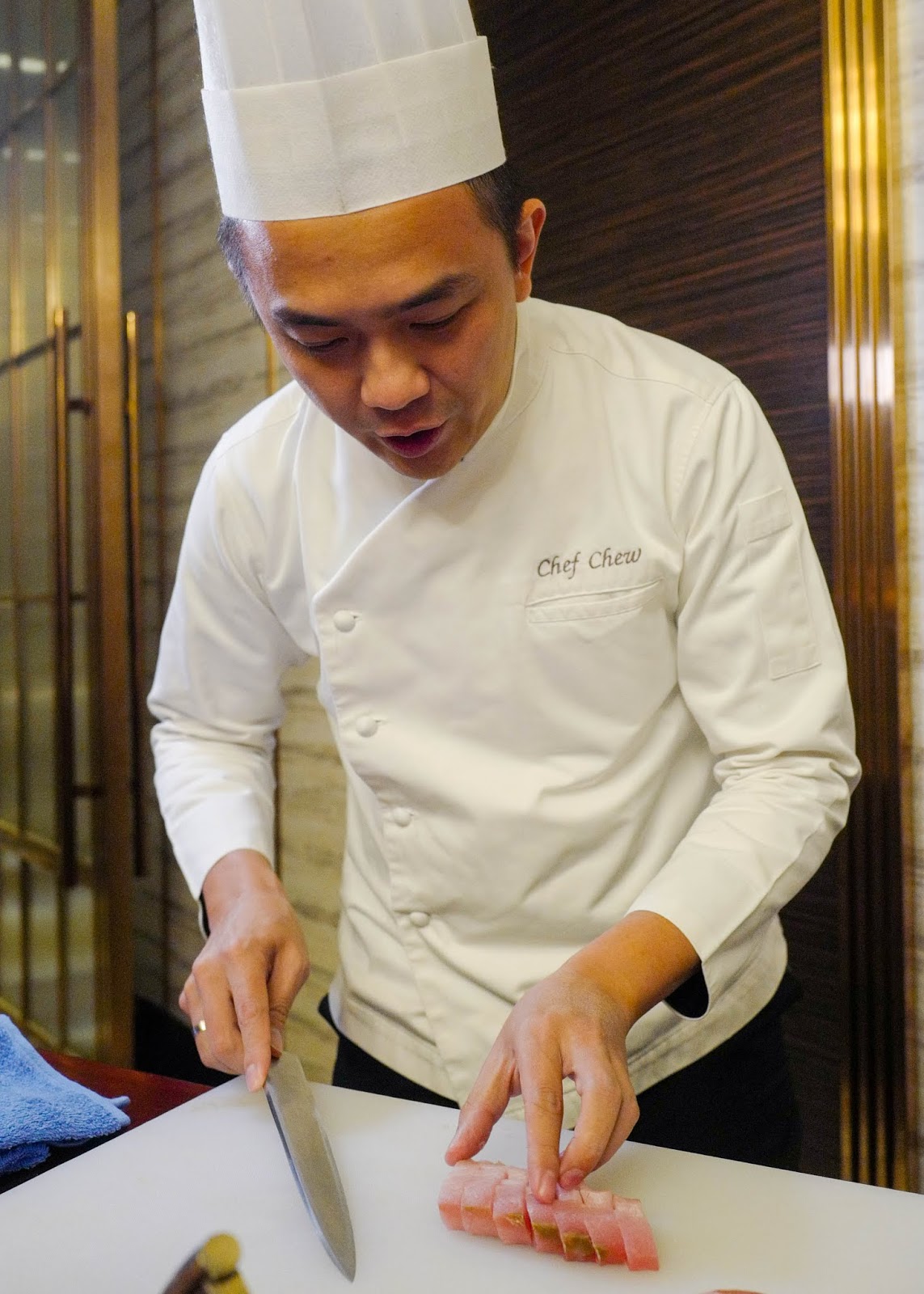 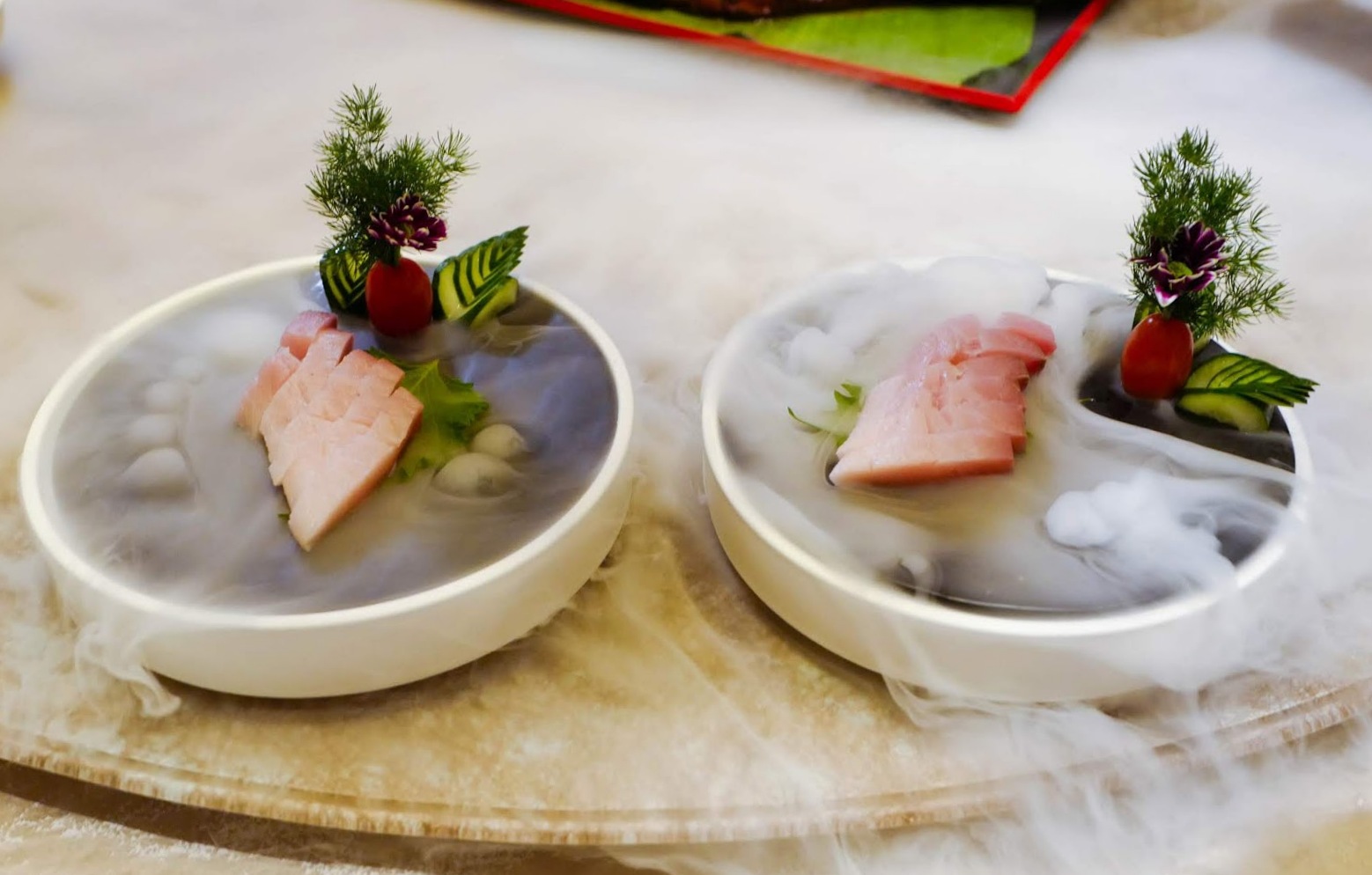 Our visit to this latest Grand Imperial marked an opportunity to meet with the mastermind behind the Group's kitchens, Chief Chef Chew Yow Chuen, who's helmed professional kitchens for more than two decades, steering Grand Imperial's longevity since 2008. The charming chef harnesses that experience with profound imagination, travelling yearly to source for new ingredients and fresh ideas to uplift classical Chinese cuisine.

Grand Imperial in Pavilion goes innovatively beyond the Group's repertoire with several temptations exclusive to this branch, including cold dishes like the hamachi sashimi, young Japanese amberjack that makes a visually, vaporously mesmerising entrance - the first taste asserts that this fish merits its fanfare, with nearly buttery lusciousness, confirming that this Chinese restaurant can tackle raw fish as brilliantly as its Japanese counterparts (RM48). 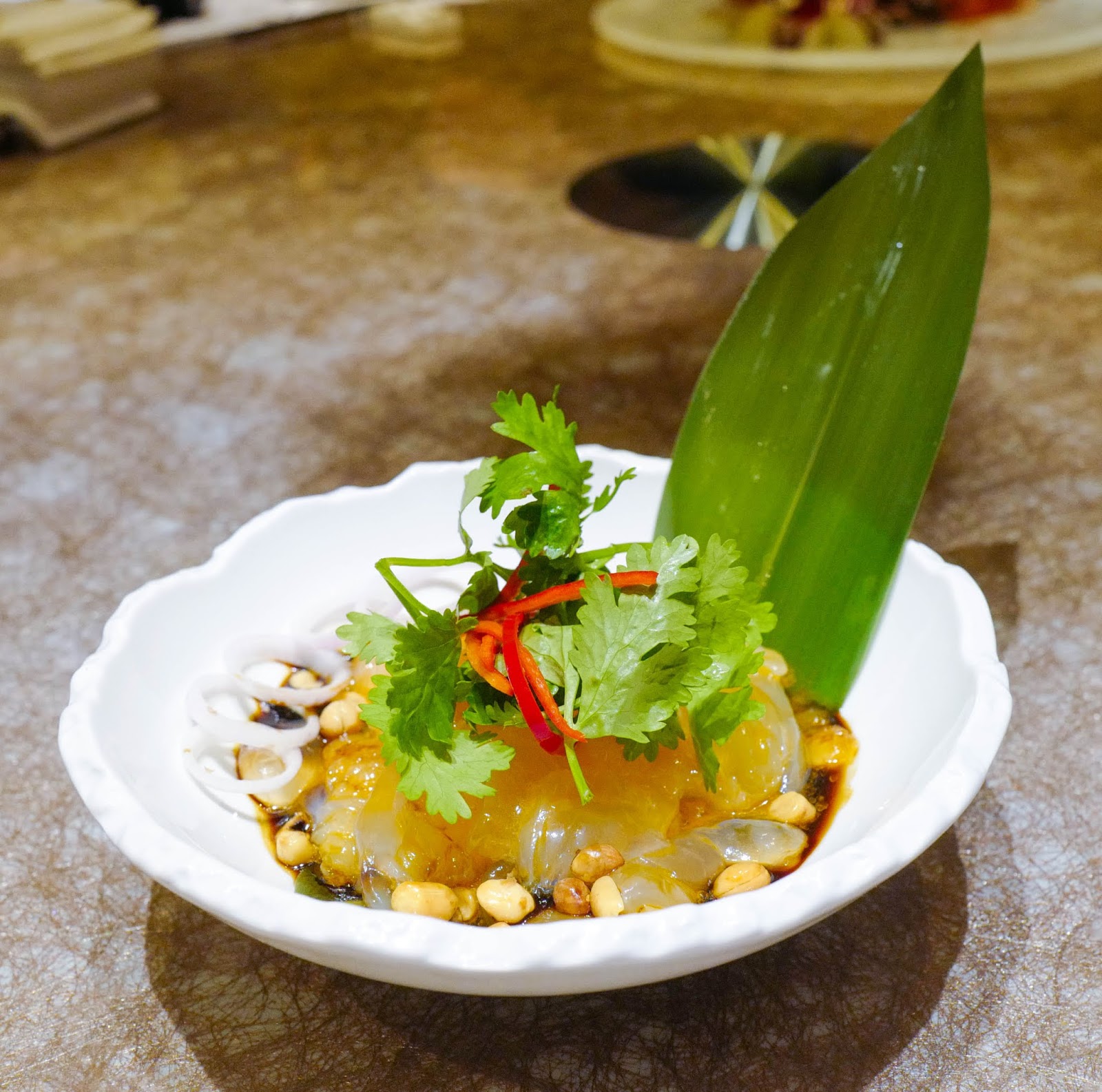 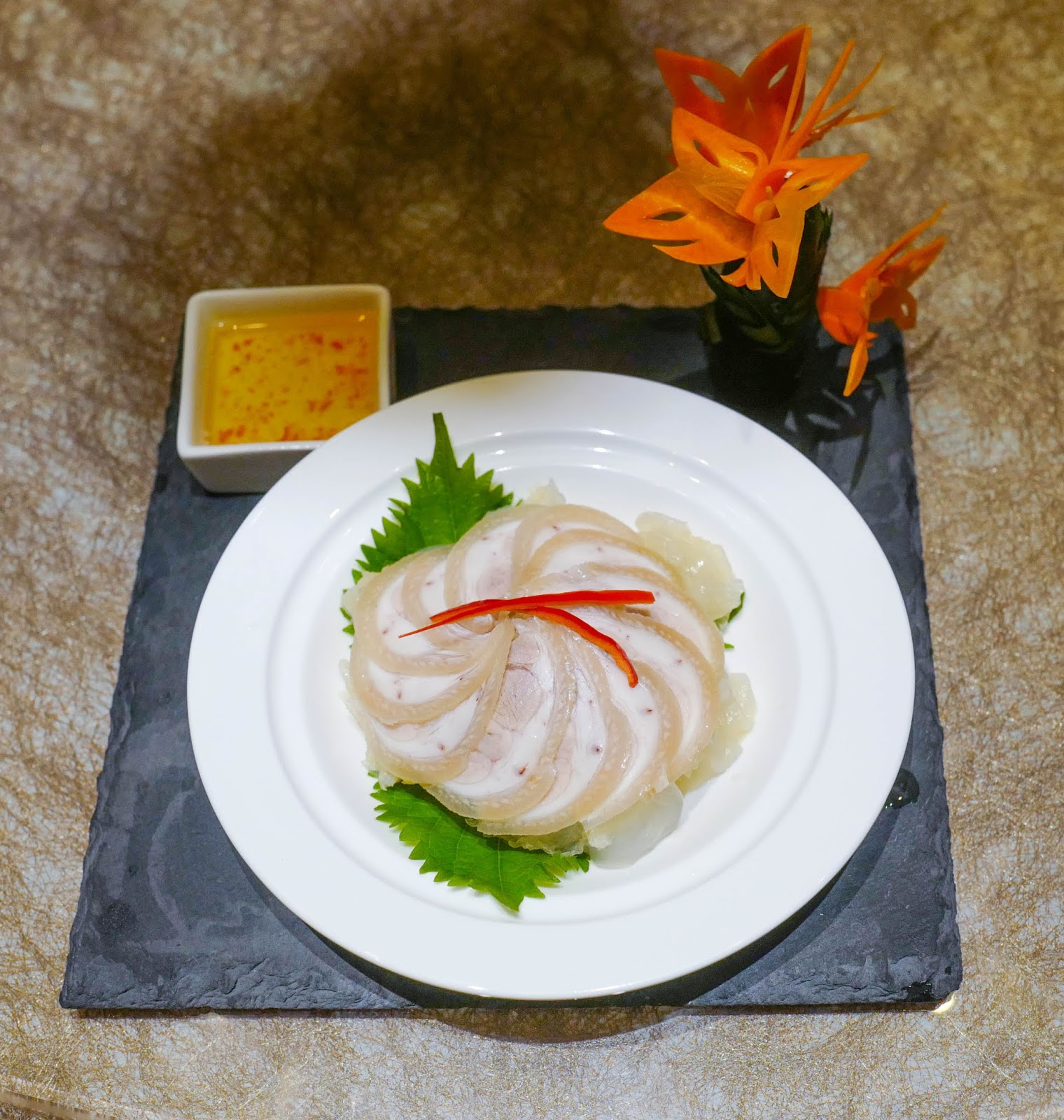 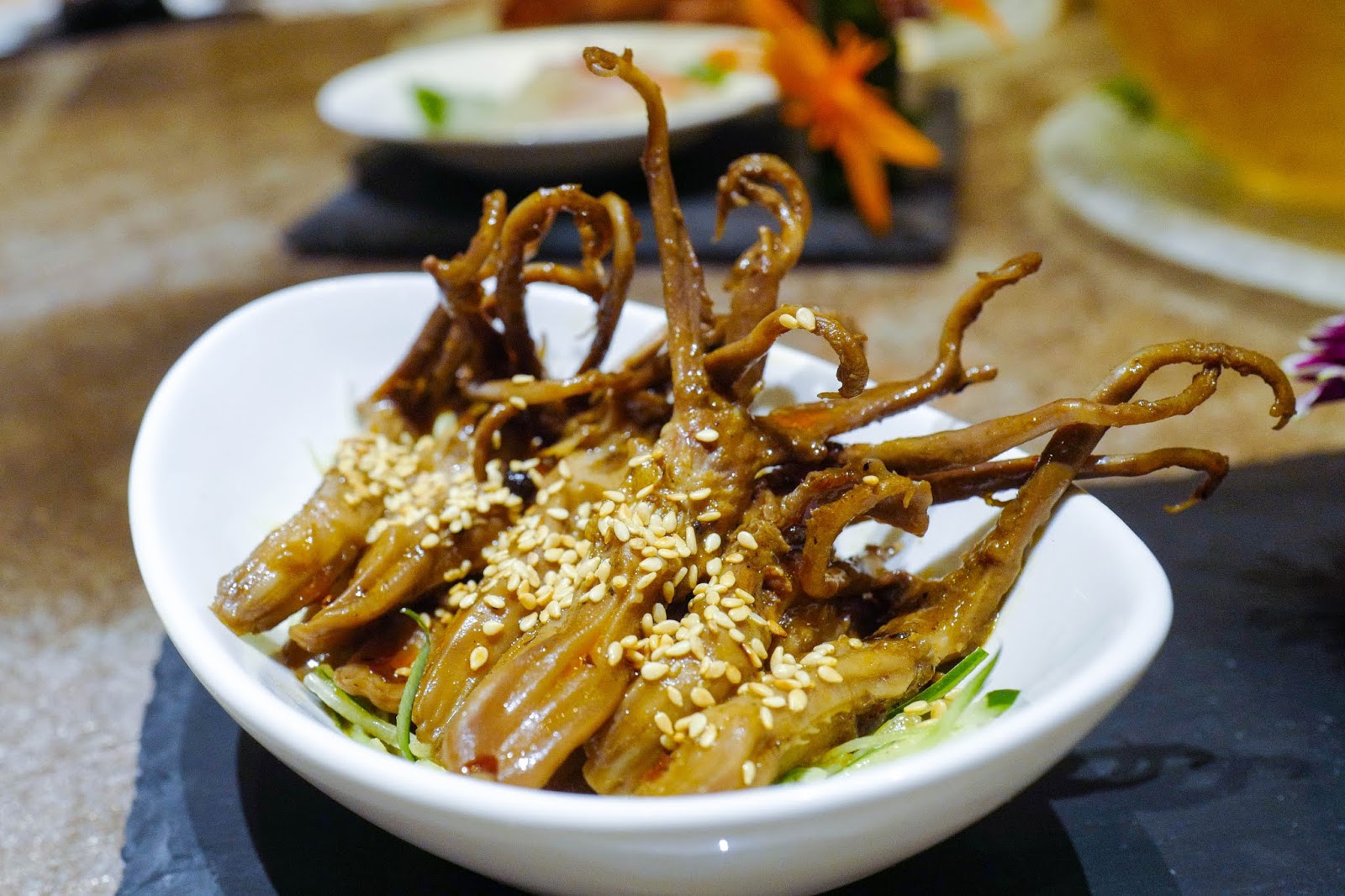 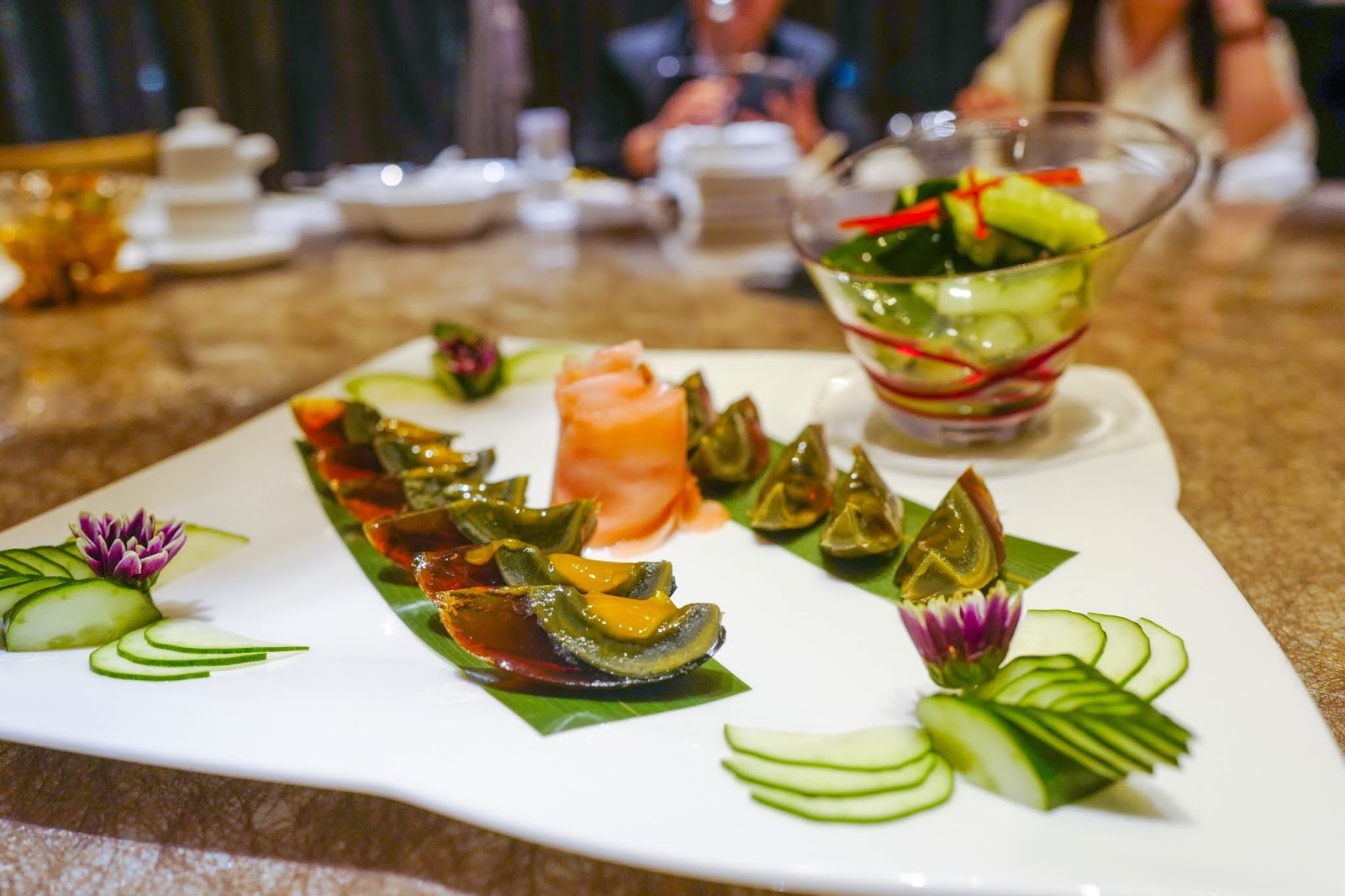 The parade of intriguing appetisers continues with duck tongues done Sichuan-style, spiced up with chilli seeds that complement the fatty-textured, savoury-tasting tongues (RM12.80), and century eggs that emerge with Japanese young ginger, the pungency of the eggs buoyed by the root's piercing sharpness (RM14.80). 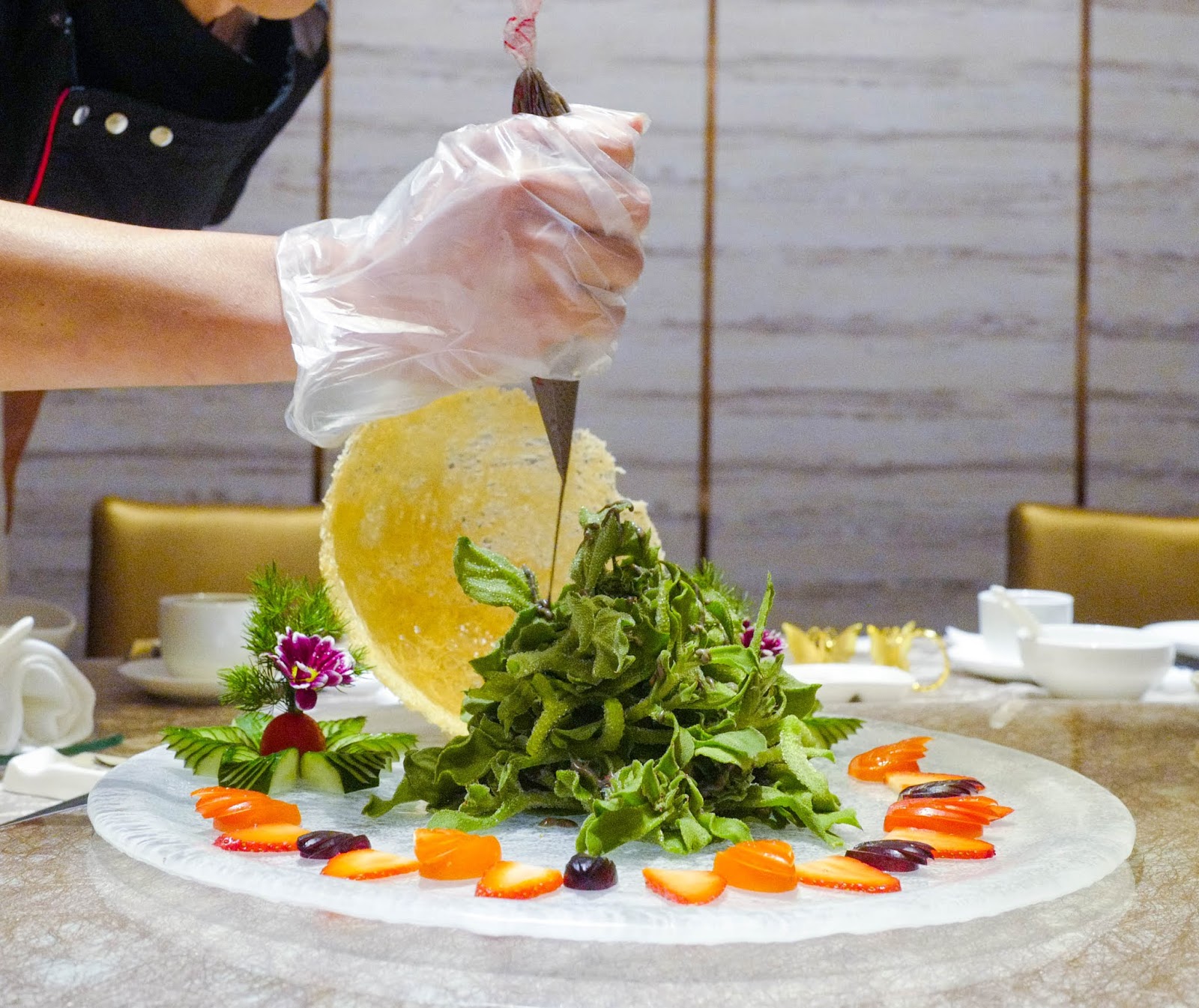 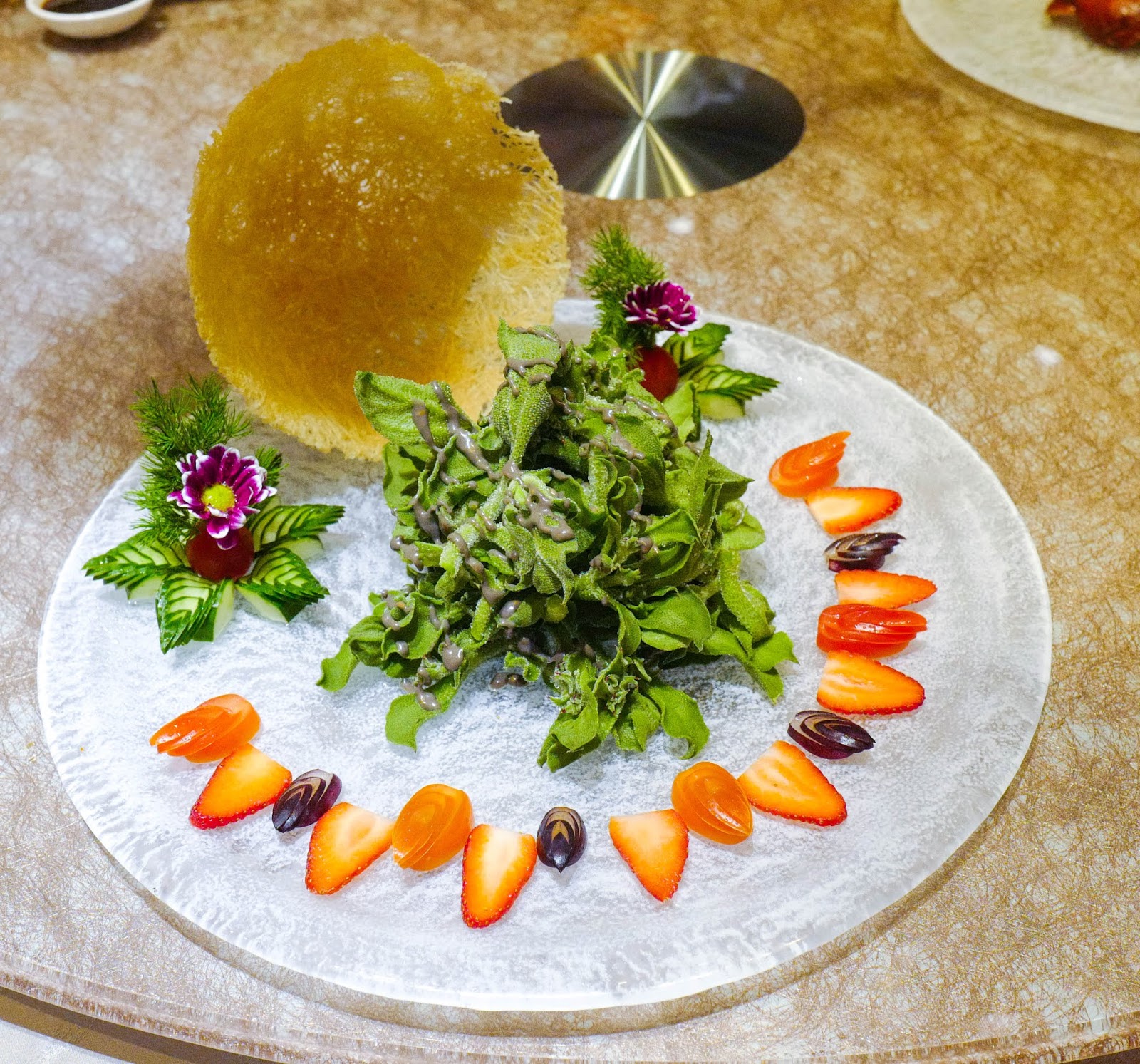 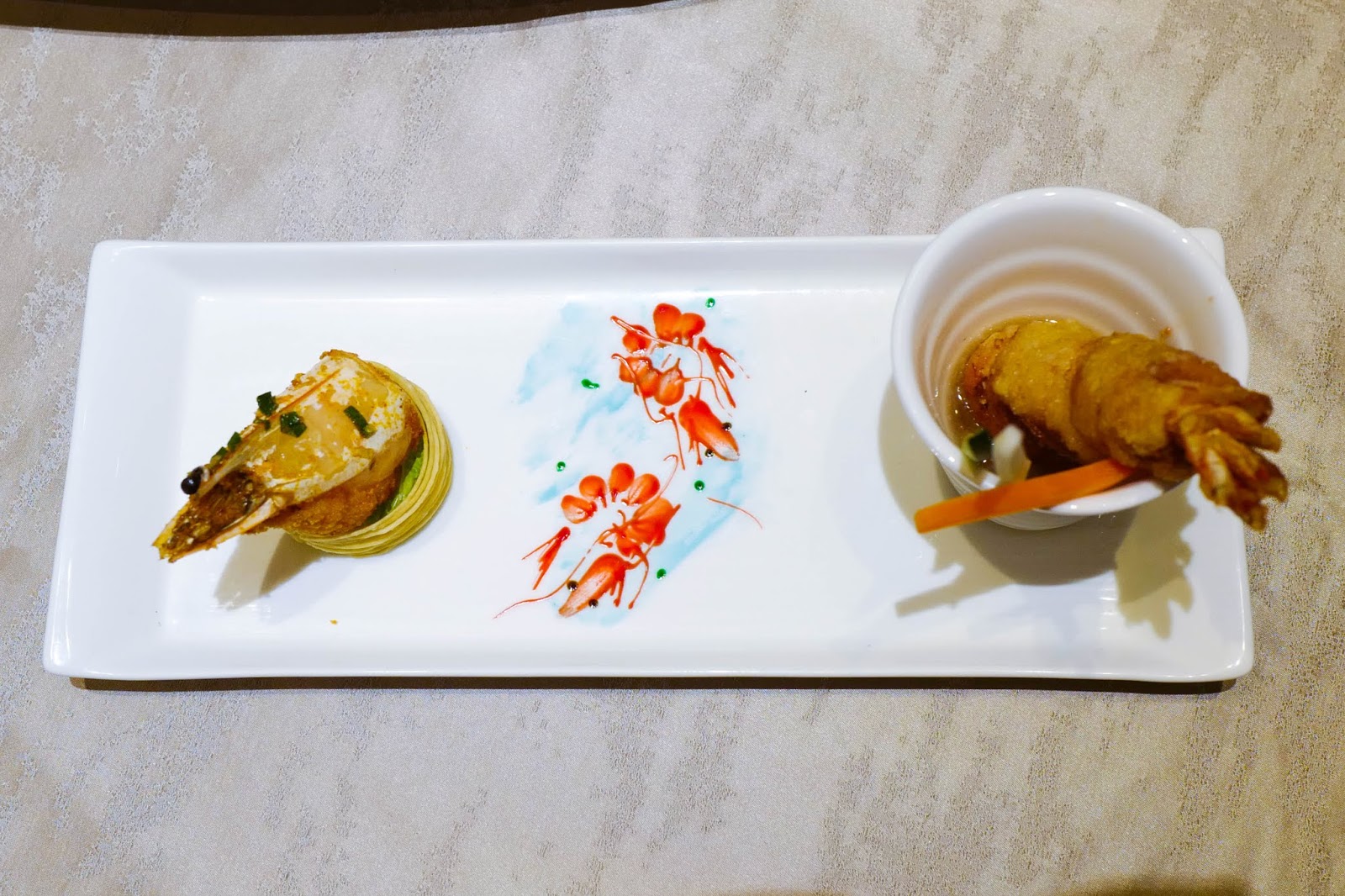 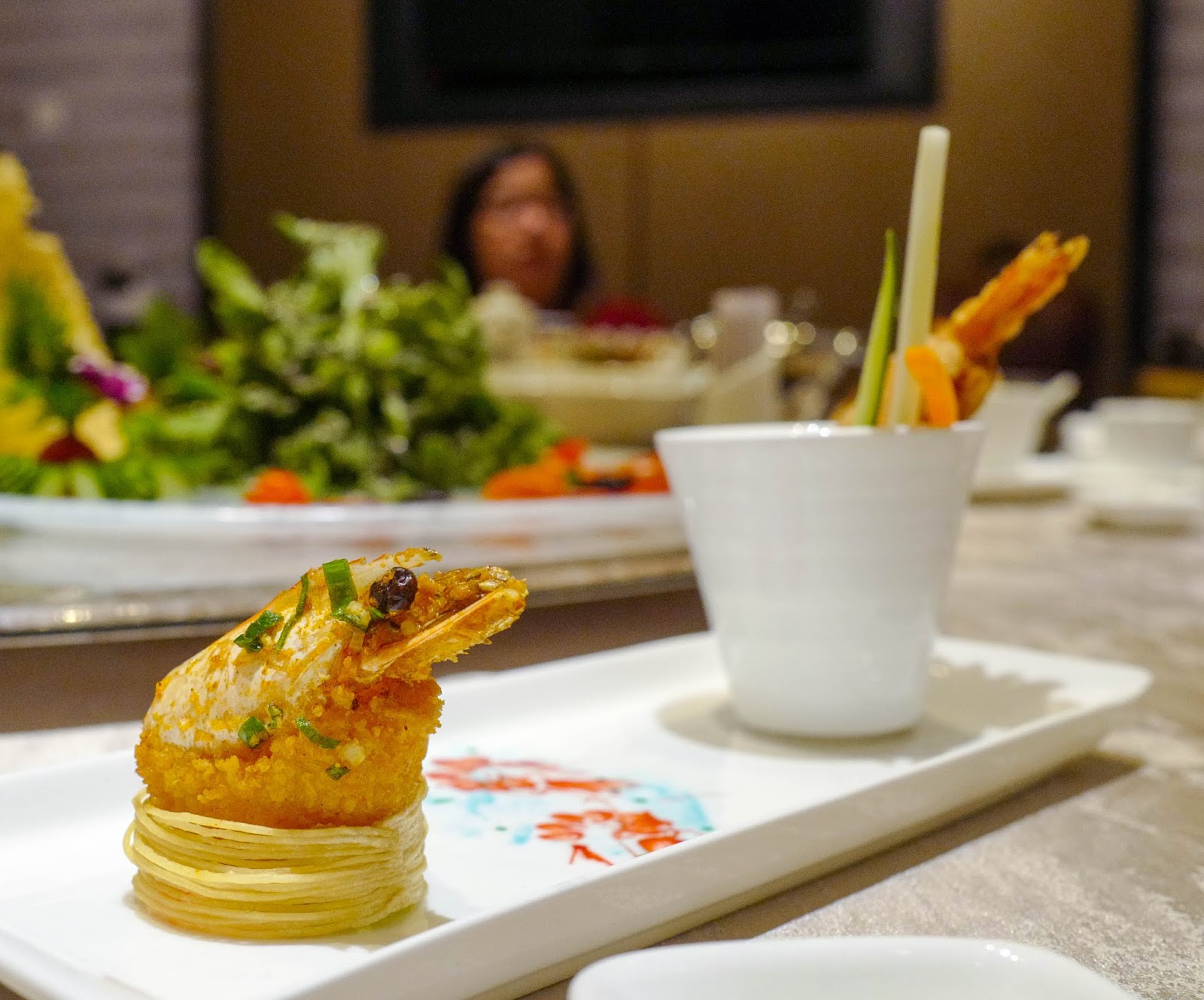 Also memorable are the ice plant salad, an invigoratingly leafy base for a lovely black sesame sauce (RM68), and sea prawns that surface in two styles - a whole prawn is split into two halves, with the head resting on a prawn ball, spiked with a mentaiko-like sauce, while the main body is wrapped in bacon, dunked in a yuzu-laced layer, for exquisite Japanese inflections (RM26.80). 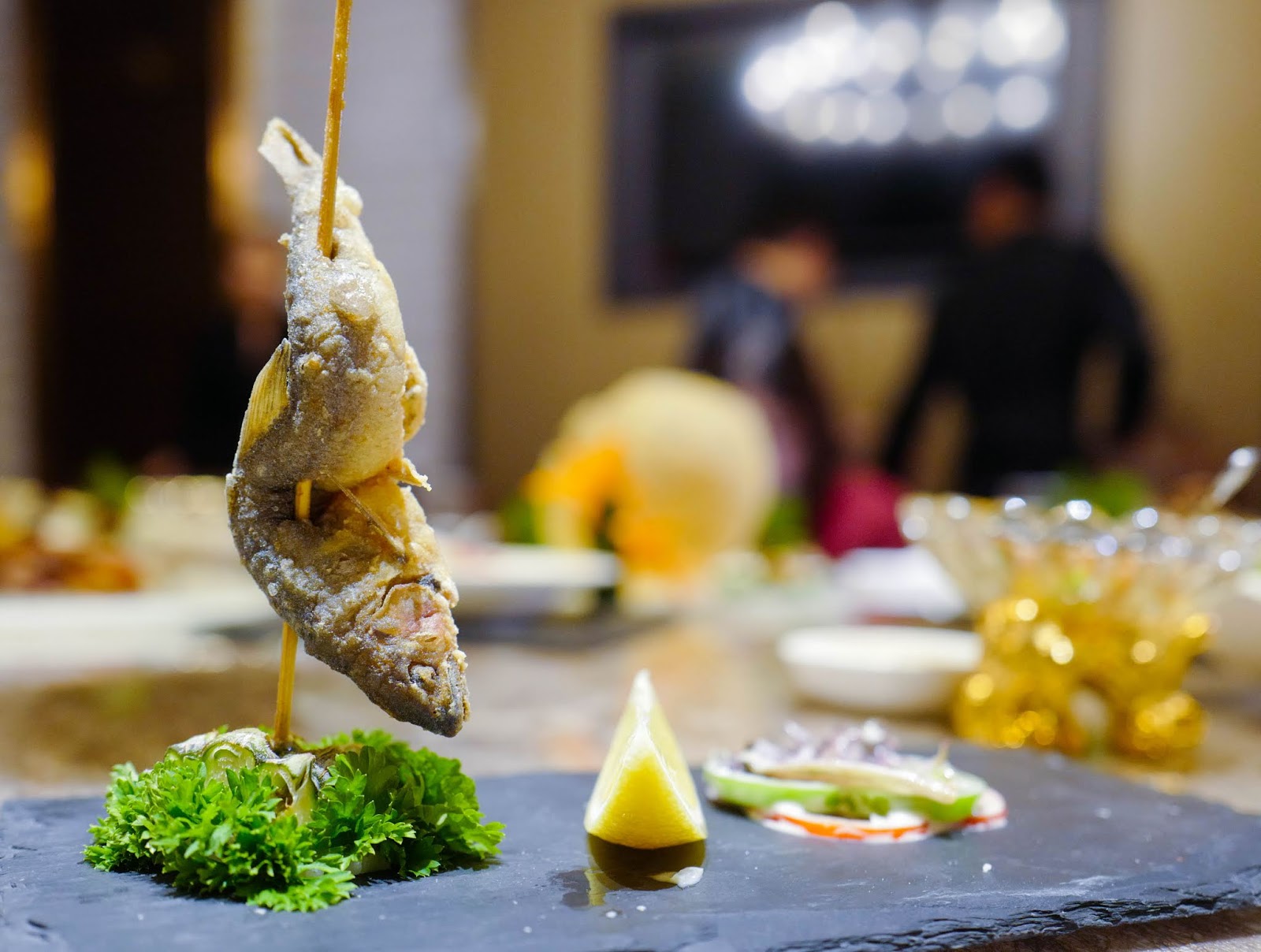 The ayu is another alluring appetiser, Japanese sweetfish that's as popular in its home country as it is abroad, grilled to perfection at Grand Imperial and served on a skewer as one fine catch, crisp to the bite but tender to the chew (RM28). 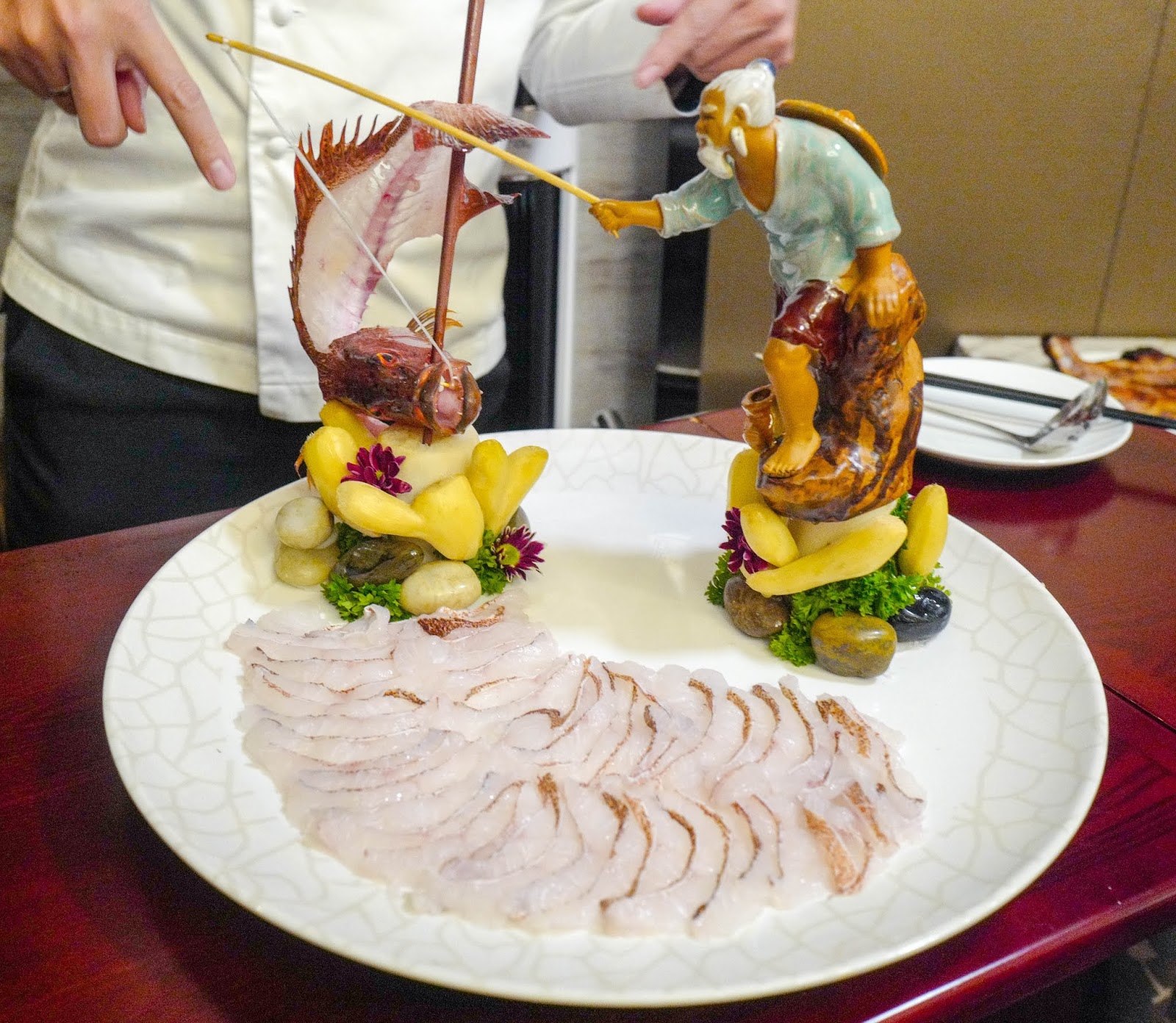 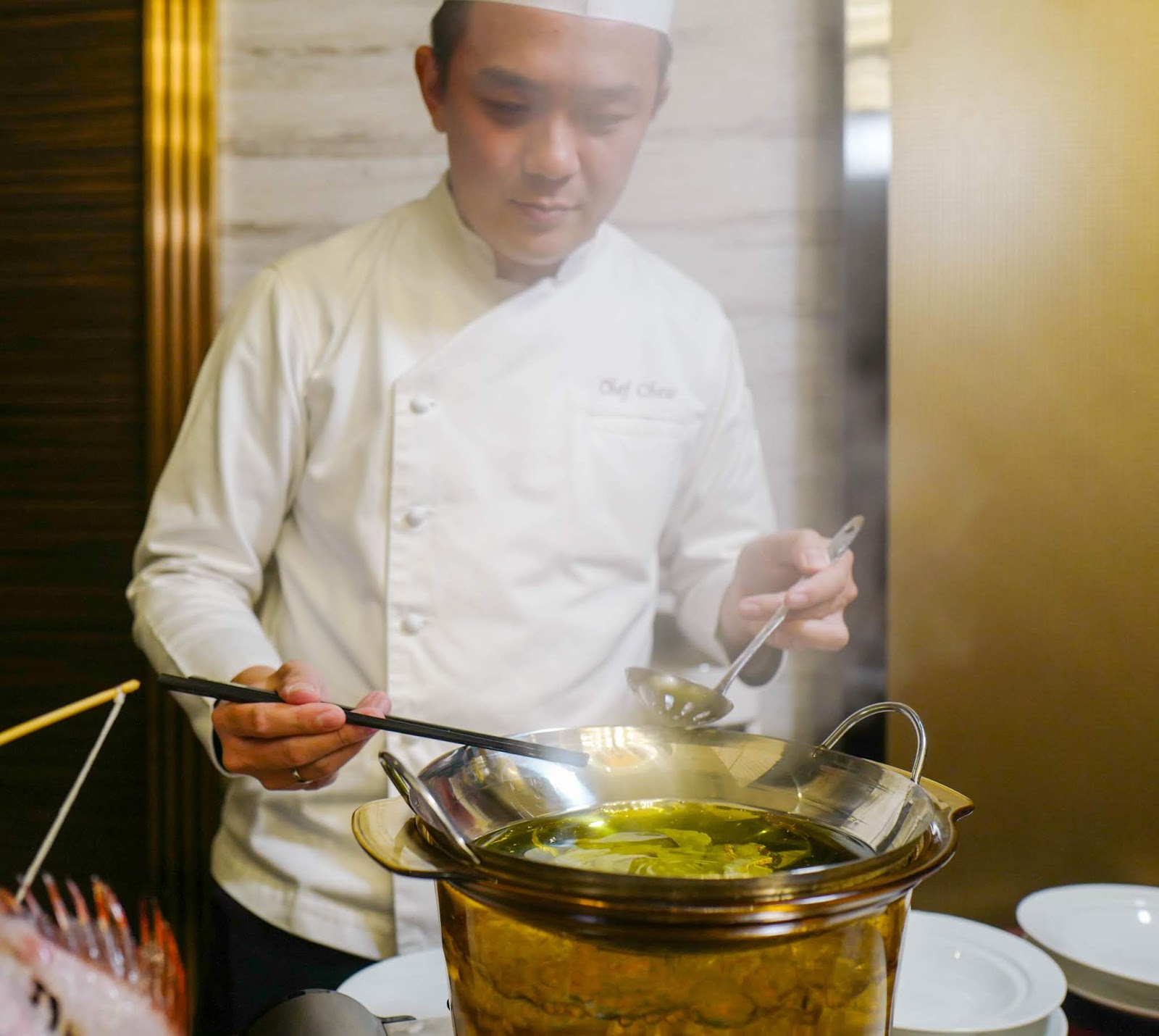 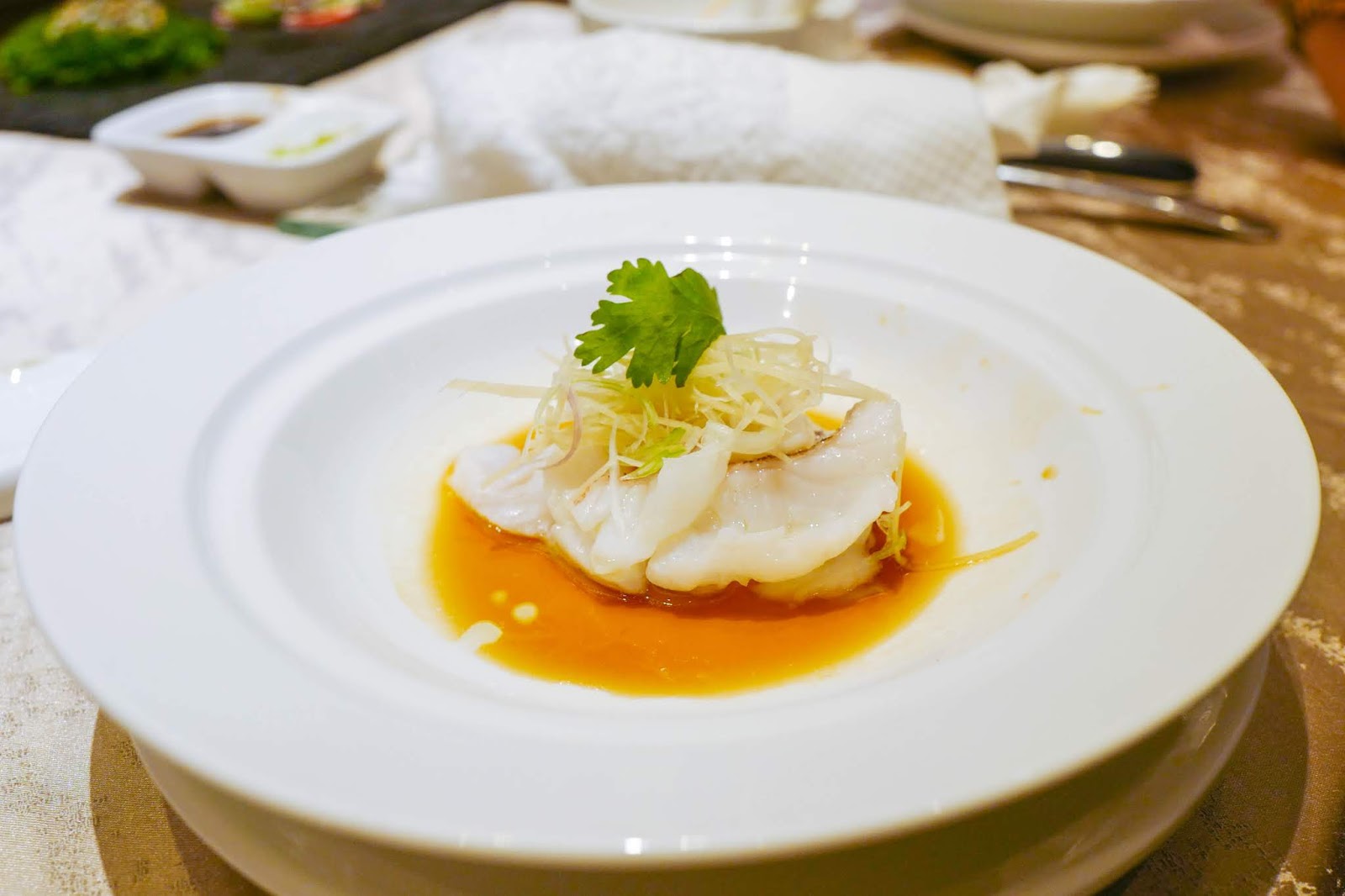 Proving that Malaysia's bounty of the ocean deserves equal respect, Grand Imperial pays homage to the Sabahan coral trout (RM39 per 100 grams) with a delicately sliced platter that's briefly poached in premium olive oil heated with steam, resulting in flesh that conveys a clean purity of flavour, moist and flaky, beautifully blending the sweetness of the sea with the aromatic earthiness of olive oil. The remainder of the fish, mainly pin bones, is separately batter-fried for a terrific post-meal snack. 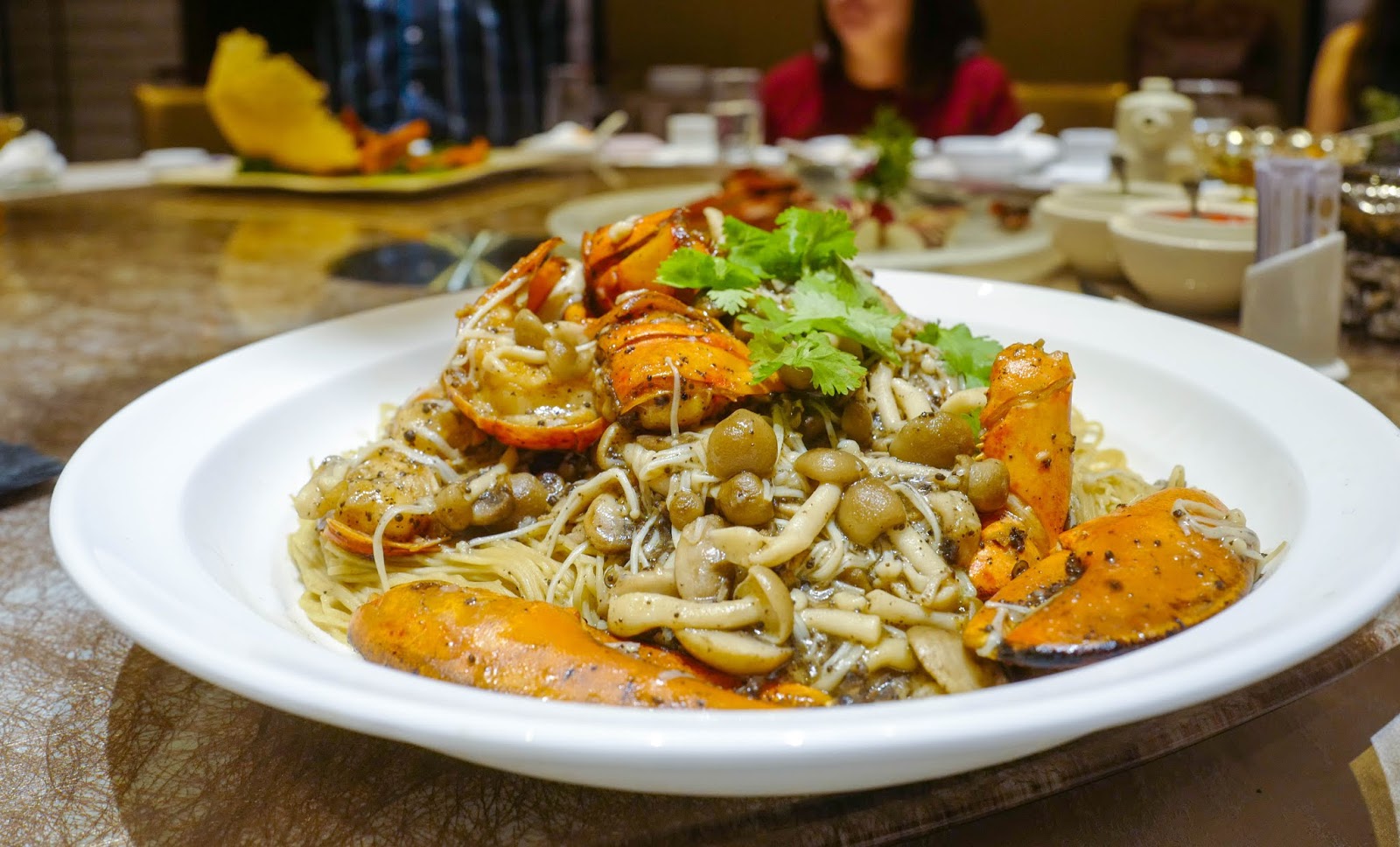 The next course of our feast is the heartiest so far, taking a traditional plate of stewed egg noodles and making it even bolder and richer with truffles and button mushrooms, crowned with a large Boston lobster that takes this to the most luxurious heights (RM36 per 100 grams). A certified hit with the entire table that everyone will lap up to the last strand of the noodles and final sliver of crustacean flesh from the claw. 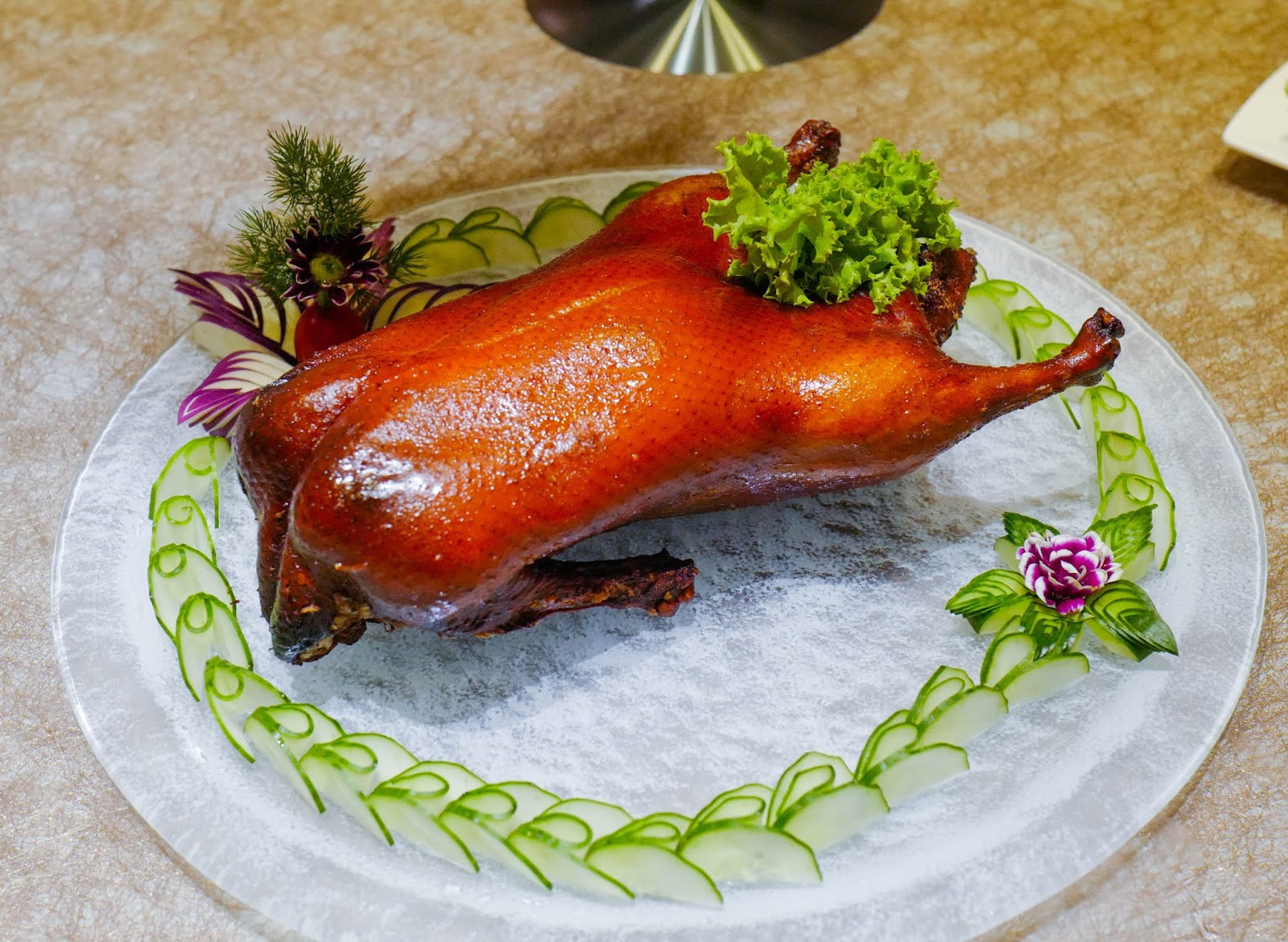 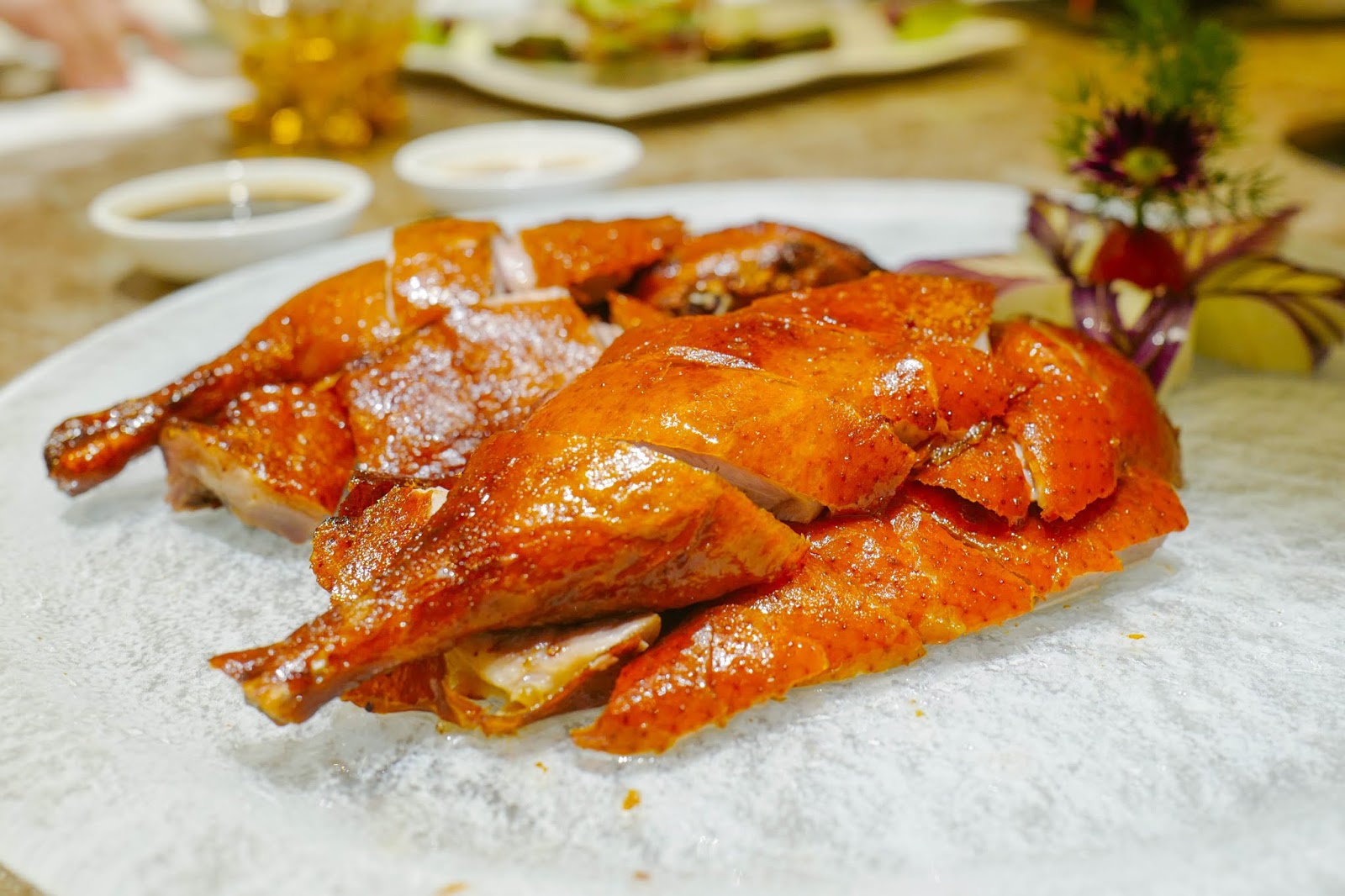 Pure protein power comes next, in the form of London Roast Duck, precisely prepared for that unmistakably crisp skin and plumply succulent meat that dominates attention, sliced at the table with theatrical aplomb, a should-order for devotees of duck ((half RM98, whole RM168). 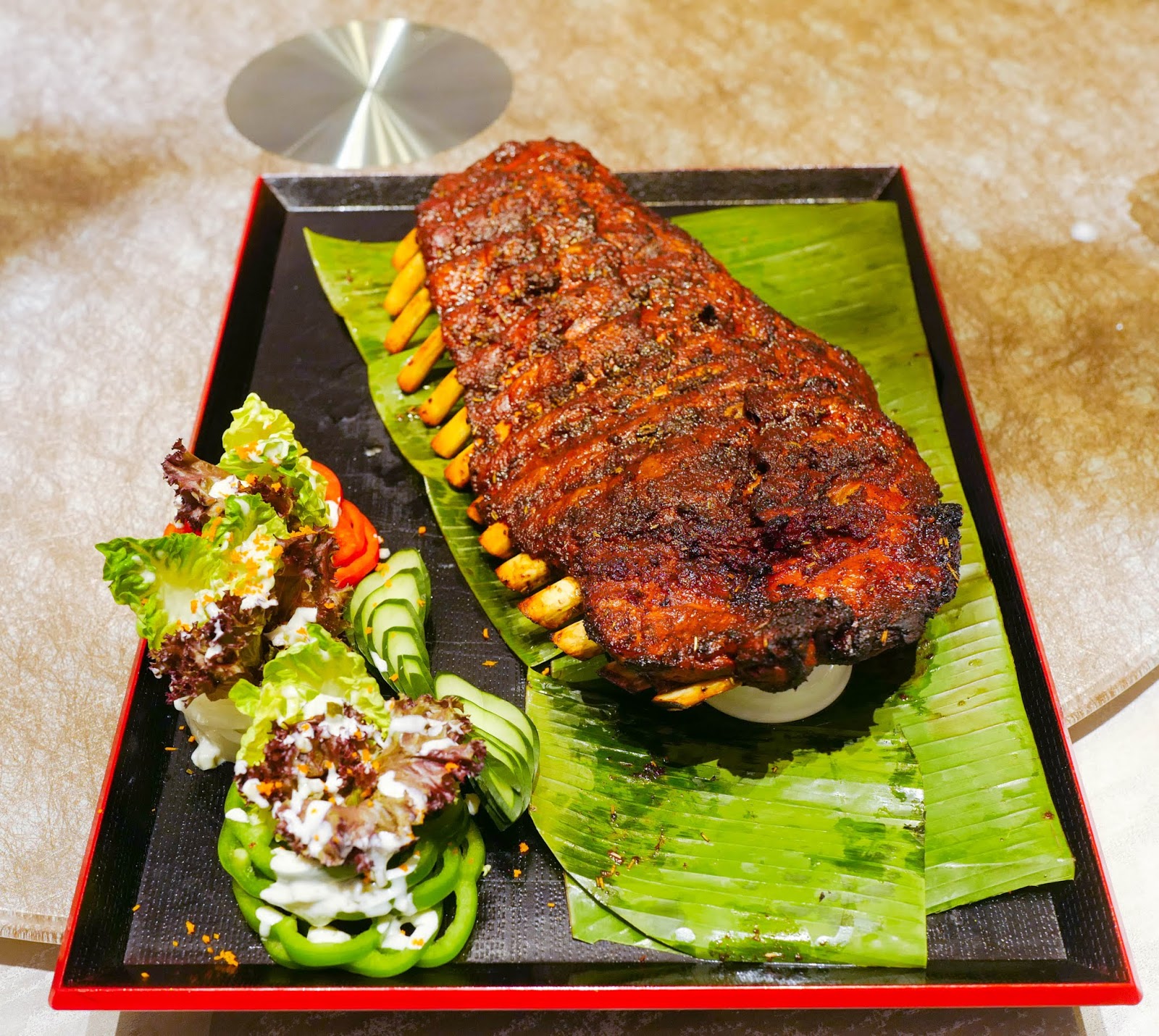 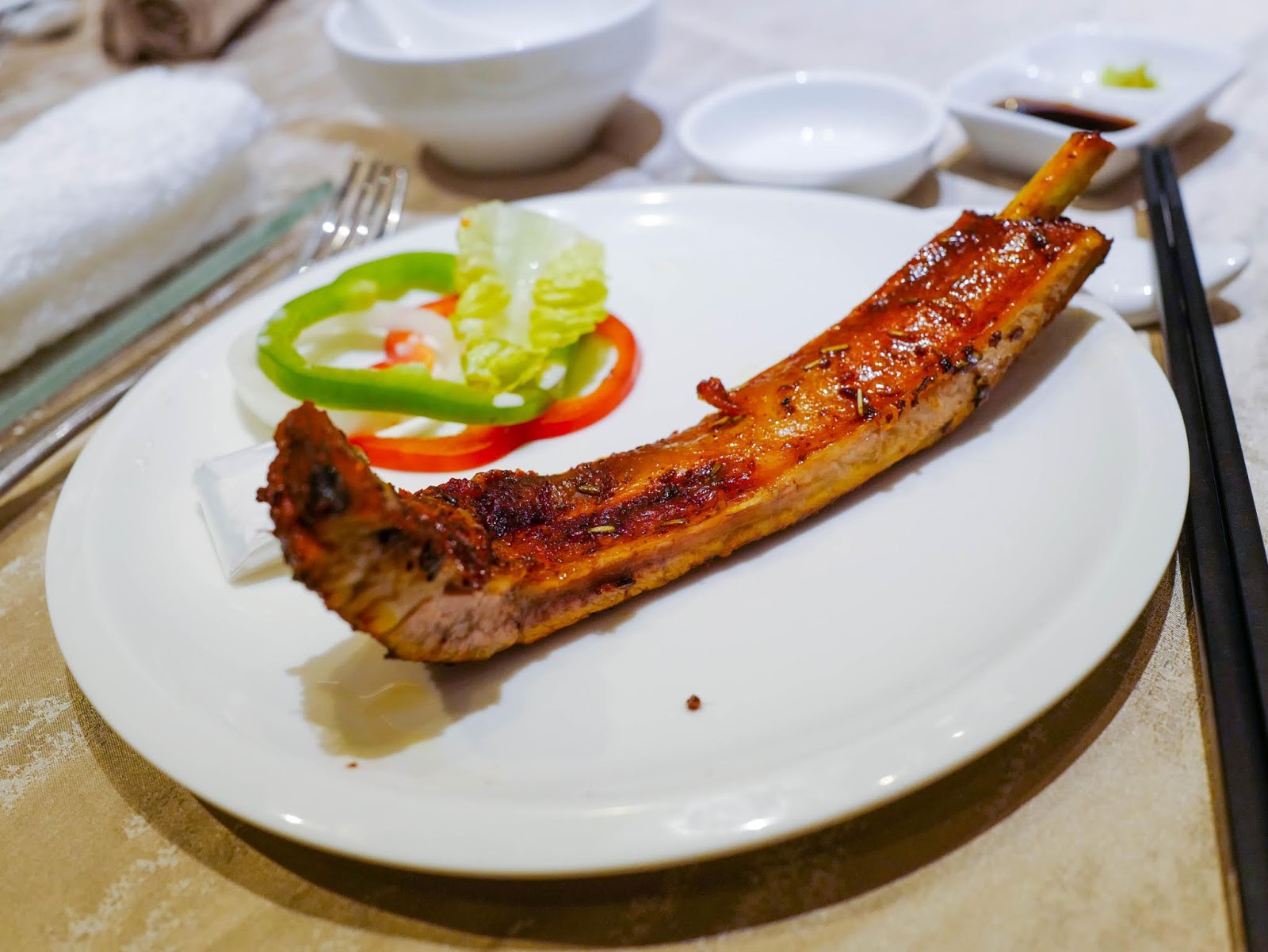 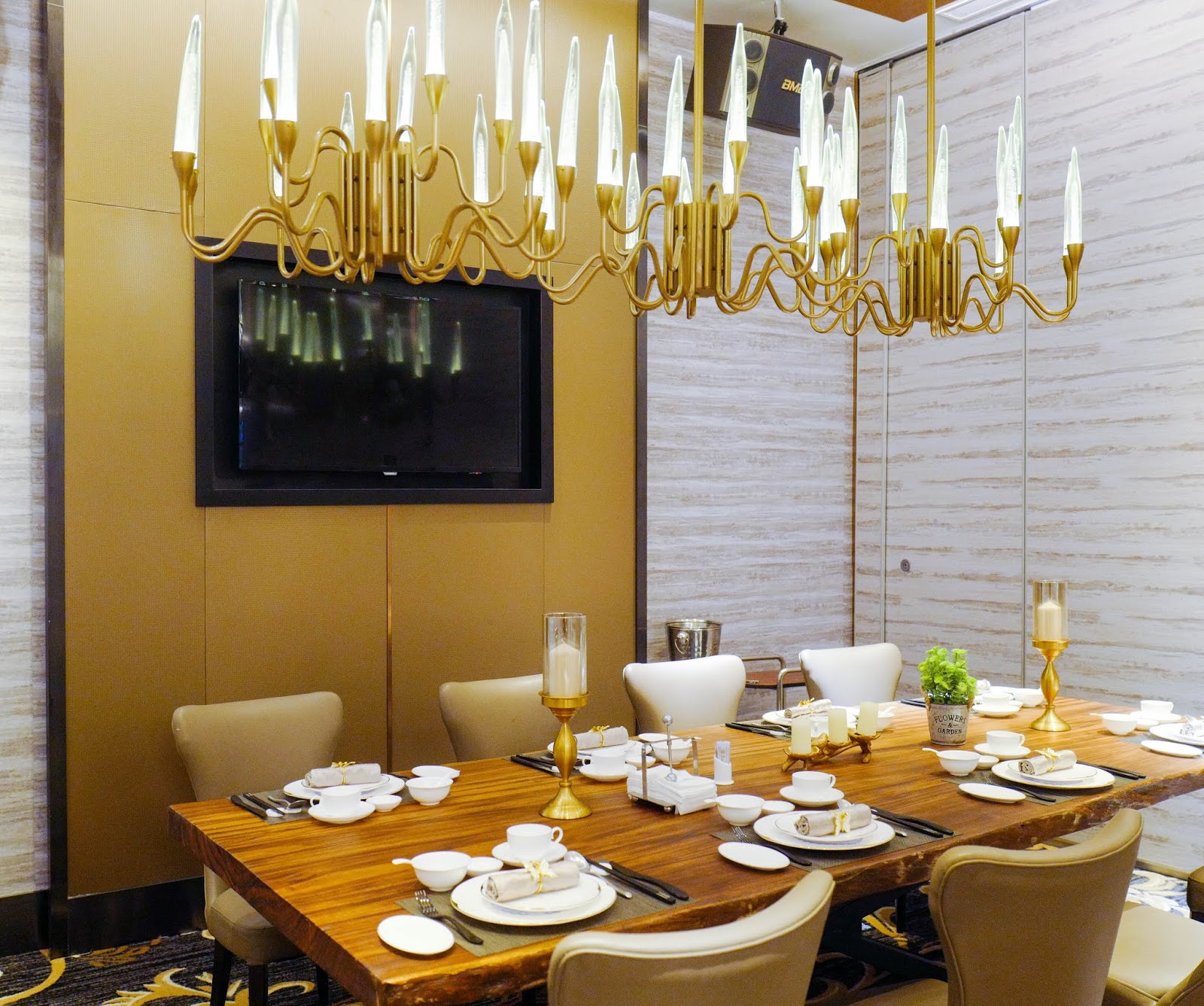 Desserts conclude our evening on a playful note - a trio of chilled mango puree that includes morsels of sago and pomelo, together with an irresistibly cute panda-faced yam pau and a heart-warming sweet potato pastry (RM9).

We dined in one of Grand Imperial's private rooms, each of which holds up to 10 persons, though some rooms can be combined to make them even larger. These are available for use with a minimum spend of RM2,000.

With such a skillfully executed, sumptuously elegant experience like this, we'd happily welcome another 10 outlets for the Grand Imperial Group in the years ahead. Many thanks to Grand Imperial Pavilion Kuala Lumpur for having us. 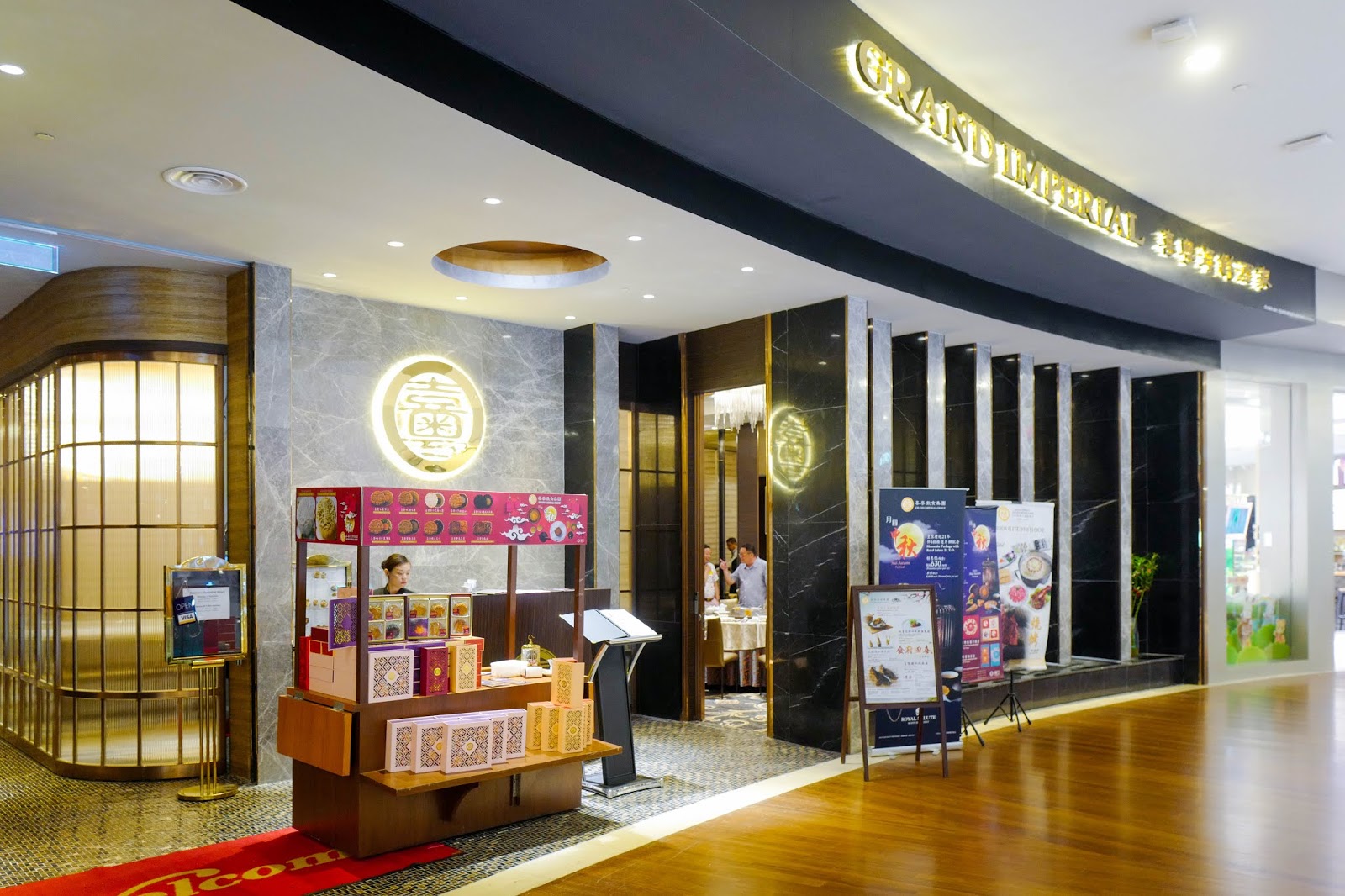 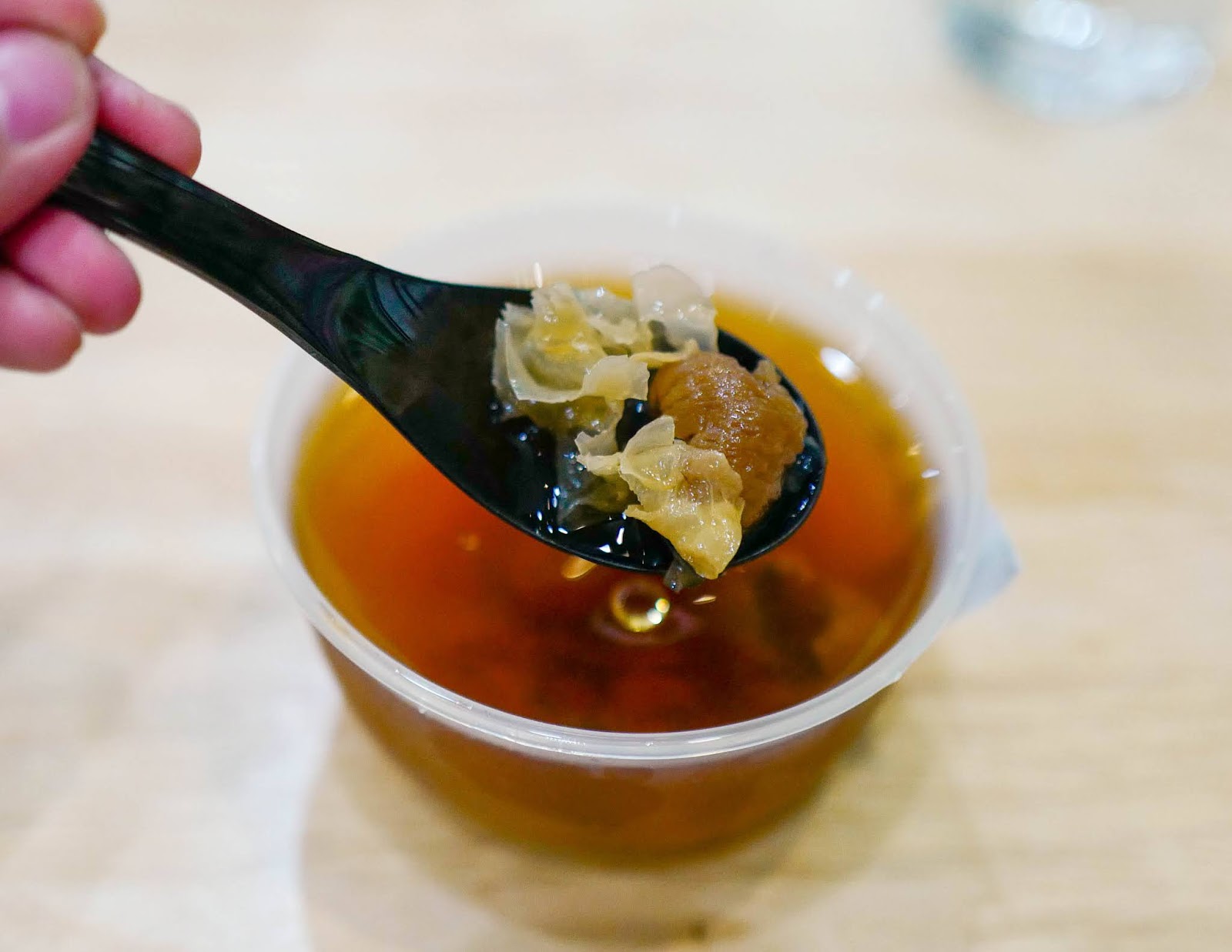