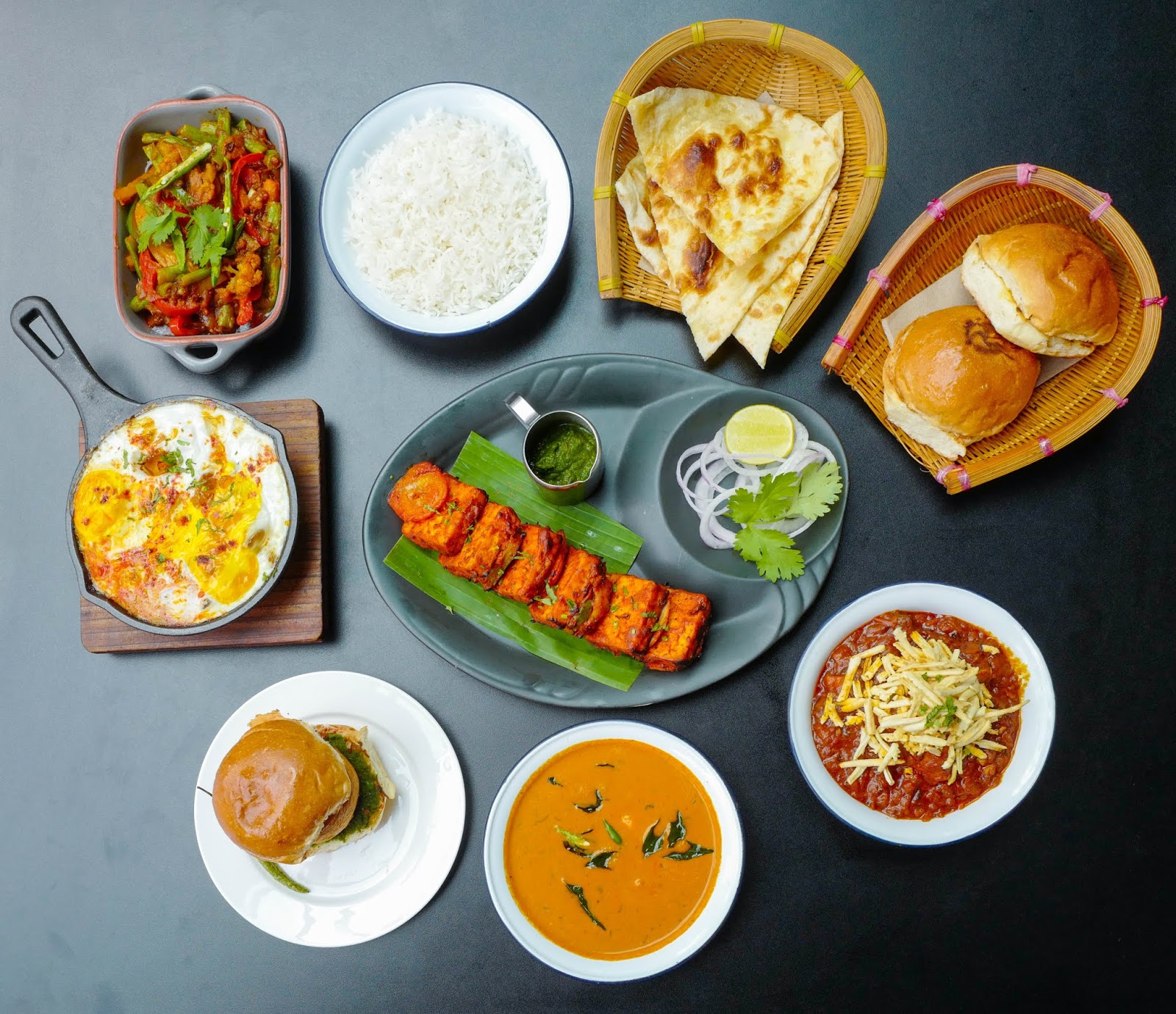 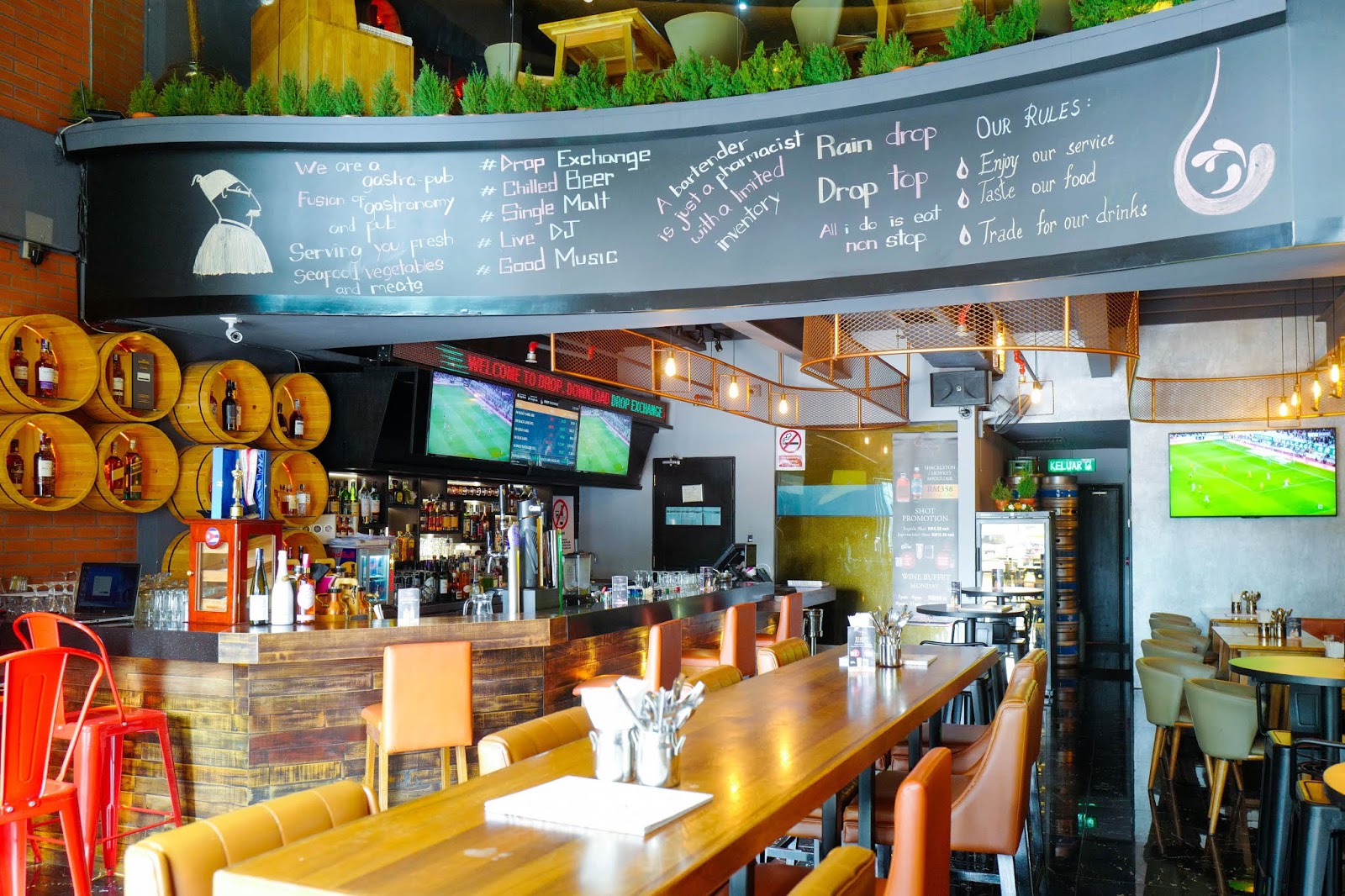 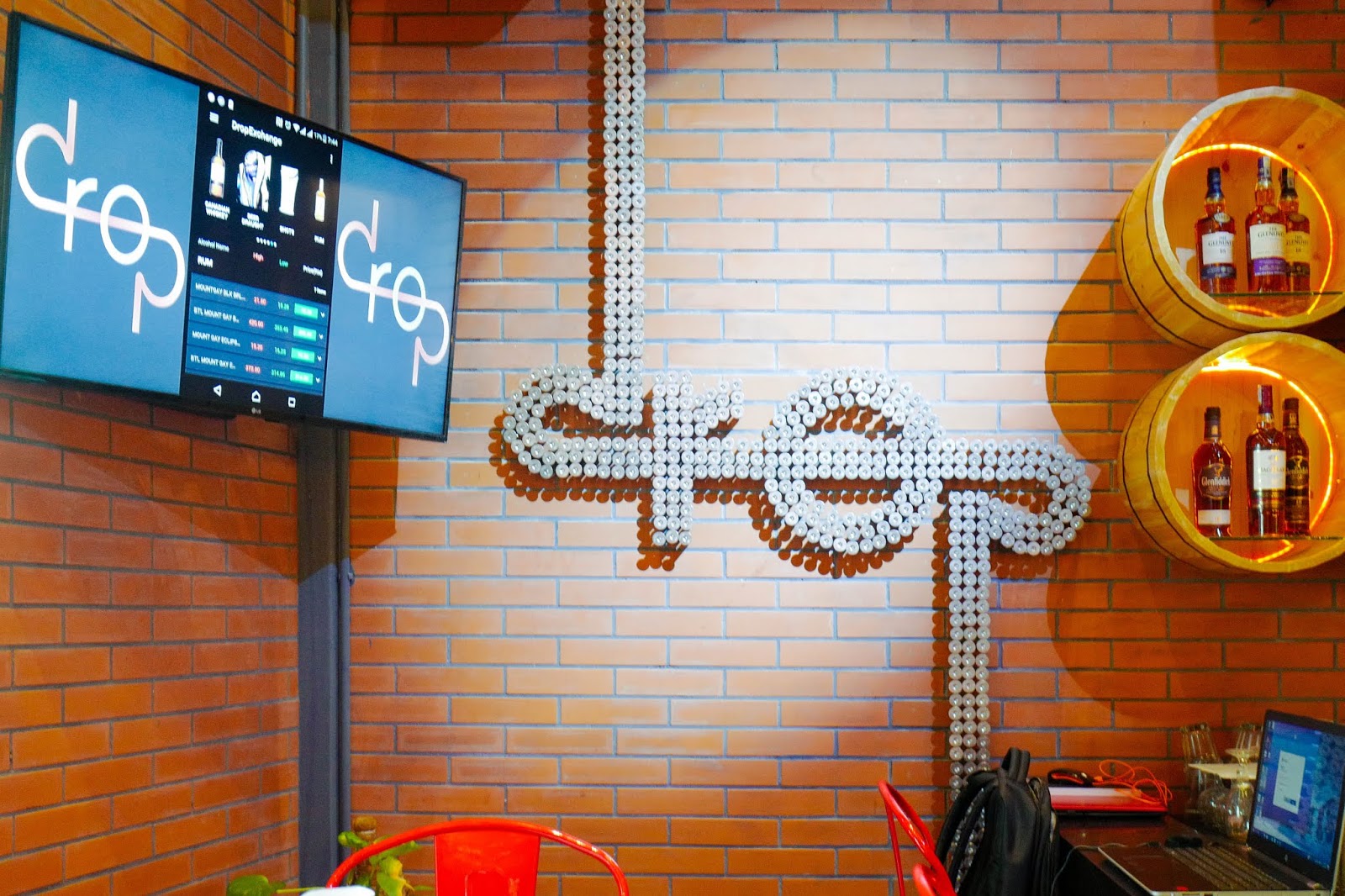 Wolfing down Wall Street's bankable bites: Drop Exchange has rallied up a reputation as a blue-chip bar with a stock market theme for its beverages, but it's also worth being bullish about the food here, a portfolio of Indian and Persian fare that pays satisfying dividends. North Indian-origin chef Vipin Singh Rana has honed his craft at top hotels from New Delhi to Gurgaon, brokering recipes at this Solaris Mont Kiara venue that rely on Indian-sourced spices and kitchen-crafted sauces for high-yield flavours.

Note: Mention Eat Drink KL when you order at Drop Exchange for 20 percent off your food bill (valid till 31 October 2019)! 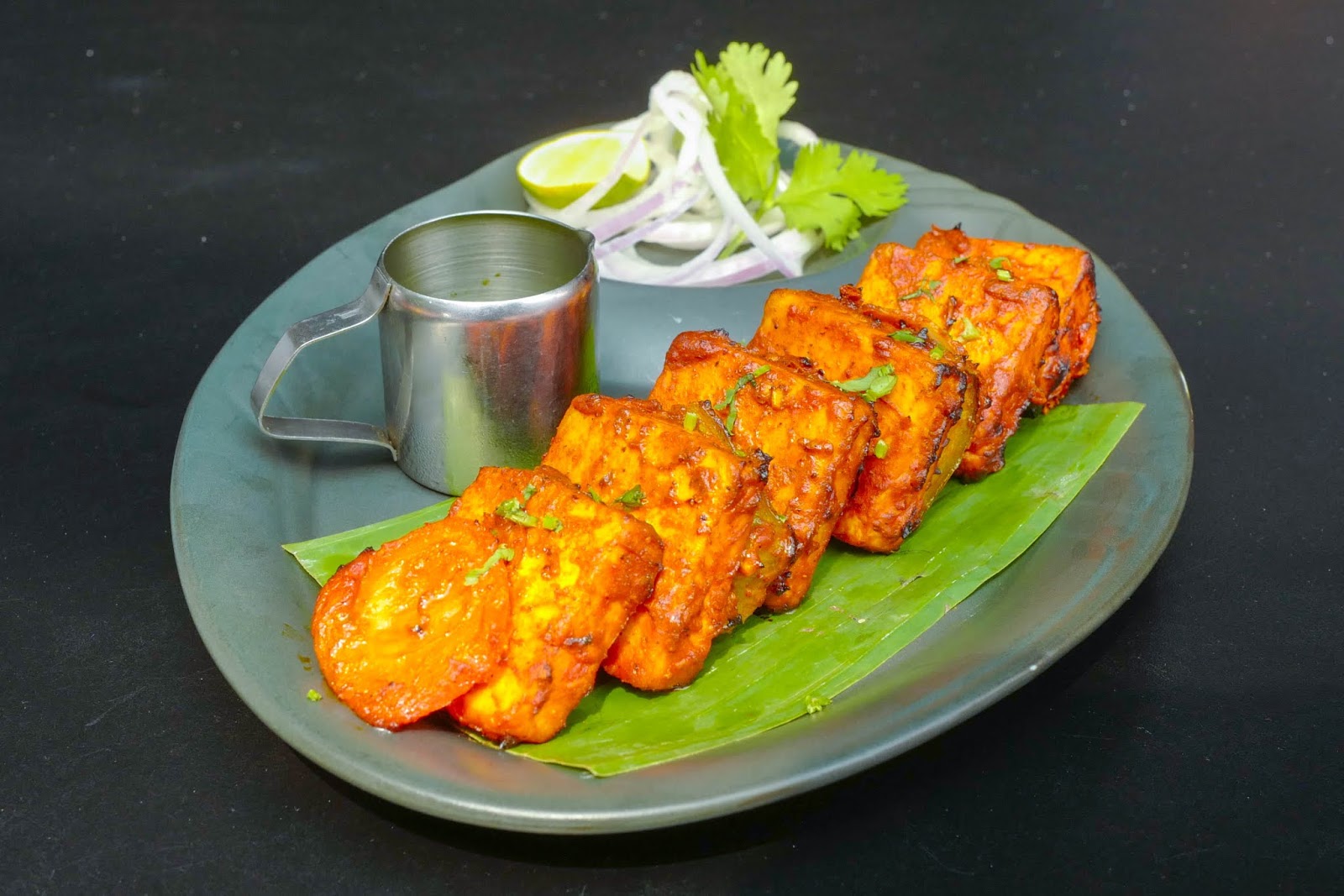 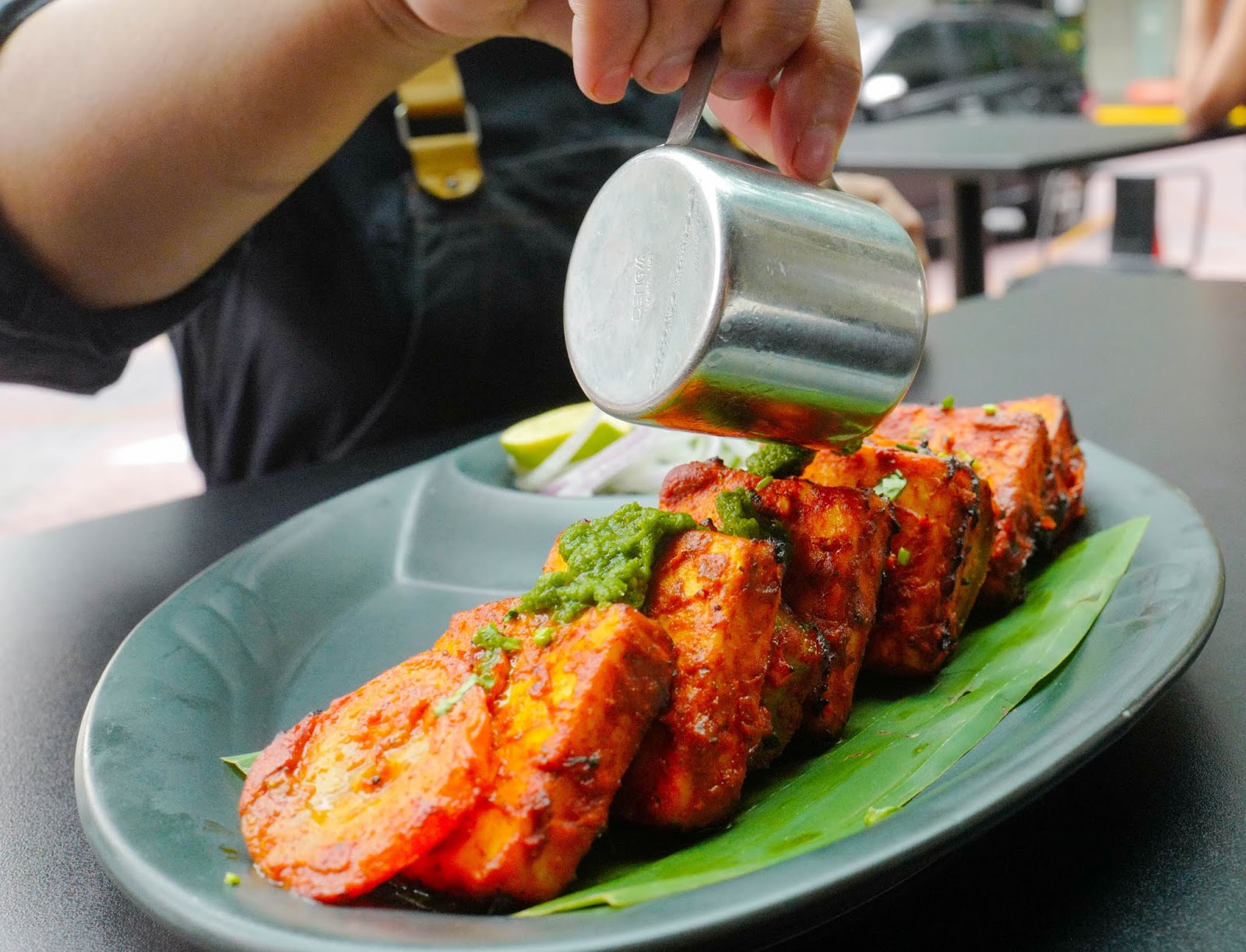 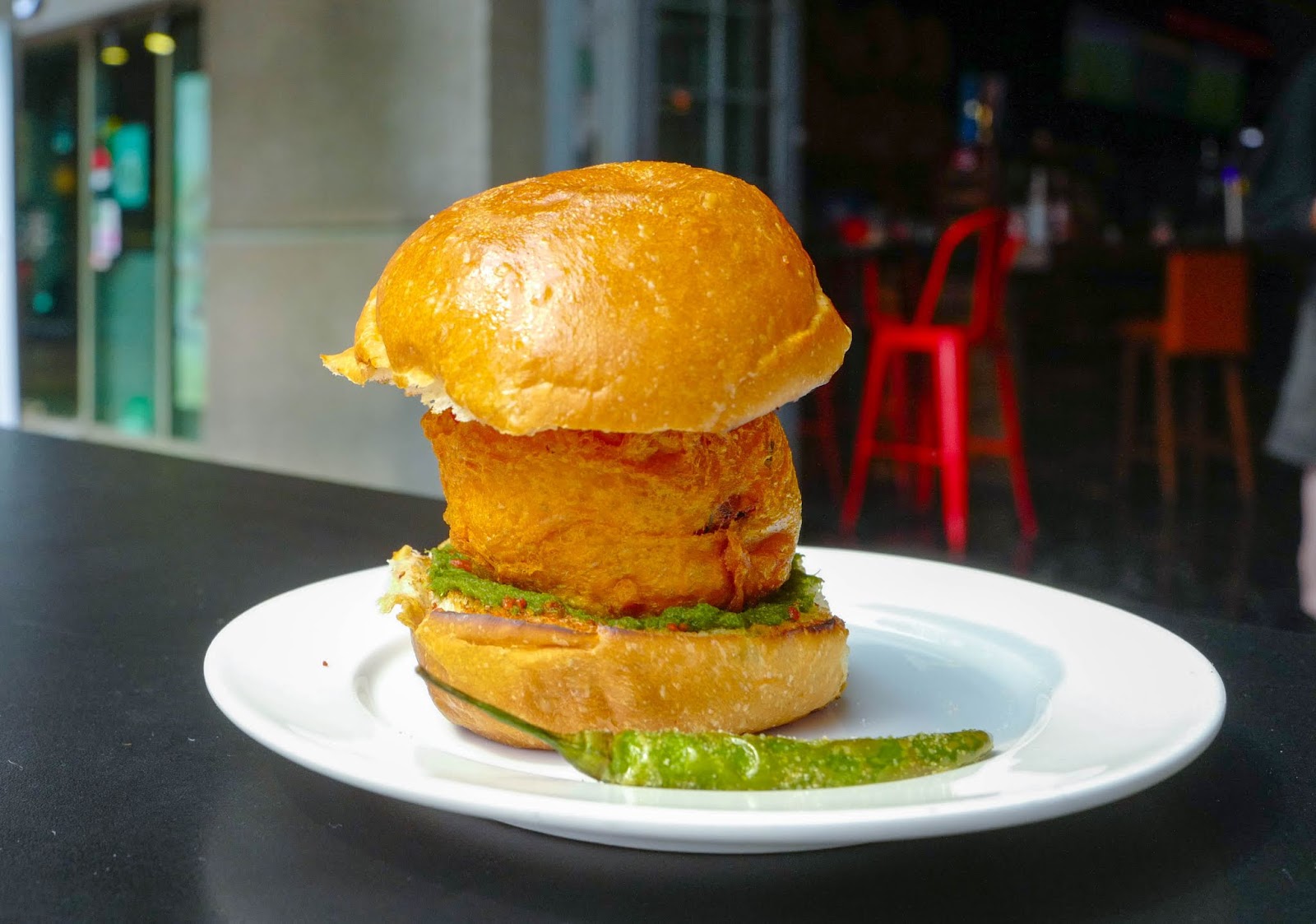 Drop Exchange's sweeping selection of engaging offerings sets it apart from the typical South Asian-inspired restaurant. Appetisers like the achari paneer tikka set the stage for an aromatic experience - house-made cottage cheese, confidently textured, is marinated in pickling spices for a subtle tang and cooked in a tandoor oven for a tinge of smokiness, brightened by a herbaceous mint-coriander sauce that perks up the palate, perfect for a snack to share with friends (RM30). On the other hand, the Bollywood vada pav is a vegetarian-loving slider/burger of sorts that you'll want to devour all on your own, a Mumbai street staple of a large, deep-fried mashed potato dumpling sandwiched in a bun, layered with green chutney; a salt-dipped chilli on the side supplies extra spiciness and savouriness - for RM9, this beats a fast-food chain's burger any night of the week. 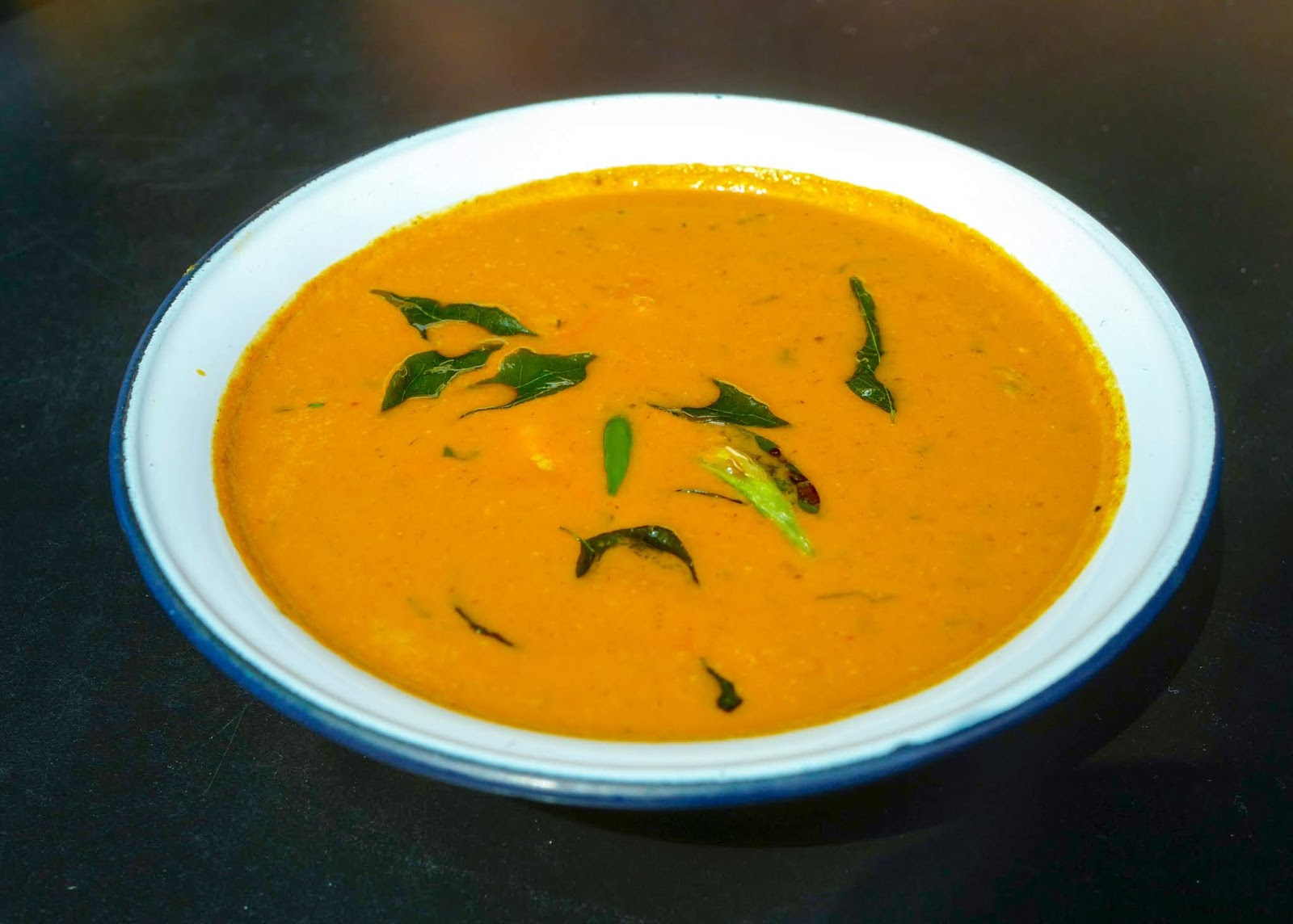 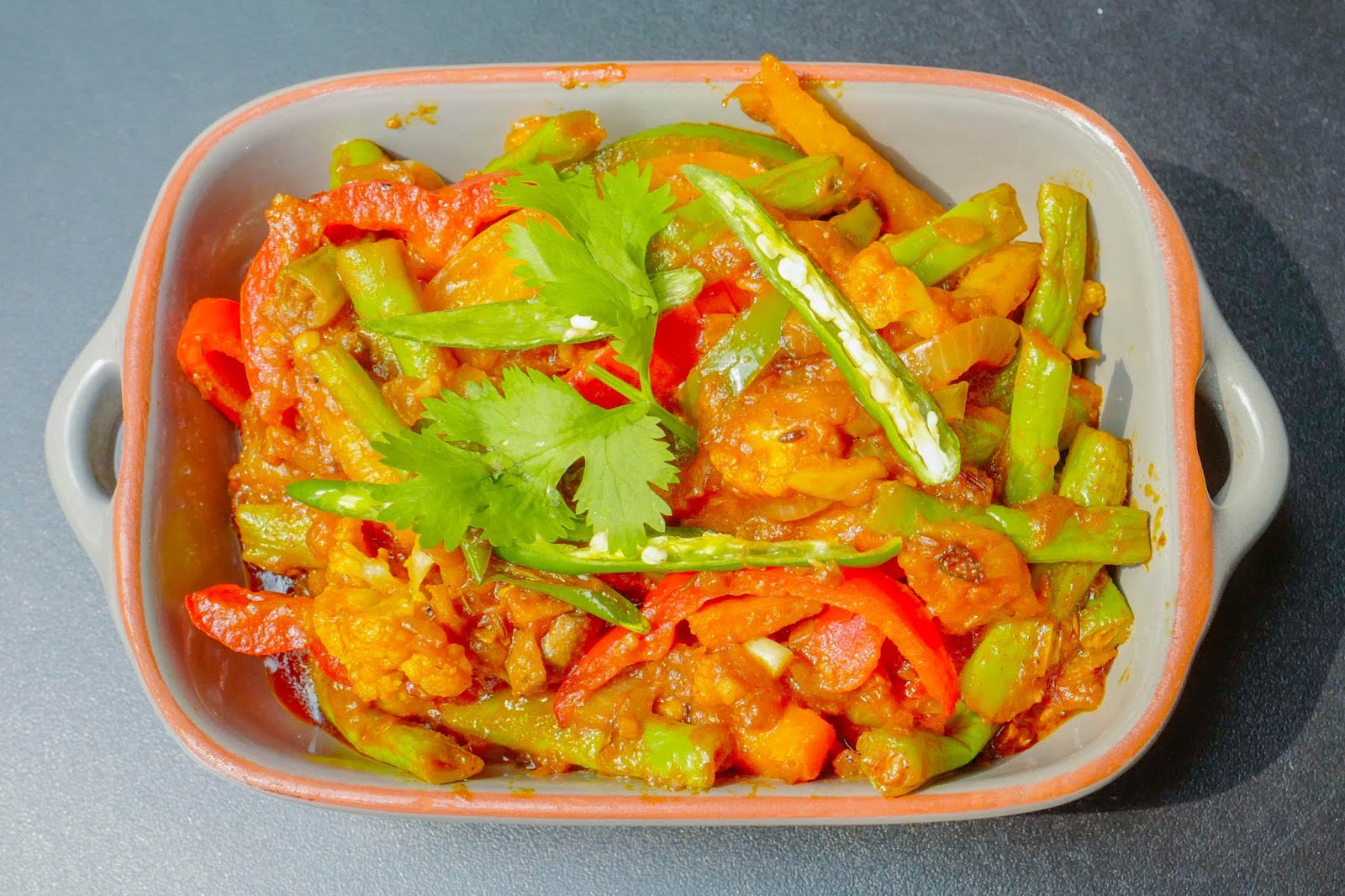 With nearly three dozen main courses on the menu, Drop Exchange's loyal fans know they won't run out of temptations to try. The Indian dishes range from regional to national specialities, from the Goan prawn curry, mildly thick and milky-mellow, with plenty of prawns submerged beneath its surface, swimming in a coconut-sweet base with beautiful complexities, conveying cumin, coriander, masala spices and hints of lemon (RM38), to the vegetarian jalfrezi that's popular across the Indian subcontinent, bountiful with a bumper crop of cauliflower, beans, carrots and mushrooms in onion tomato masala sauce, tasty enough for herbivores, carnivores and omnivores to all relish (RM31). But if you crave meatier fare, note that Drop Exchange's rogan josh earned the award for Most Outstanding Main Course (Lamb) at the Malaysian International Gourmet Festival 2018, so it's probably something we'll order the next time we're here. 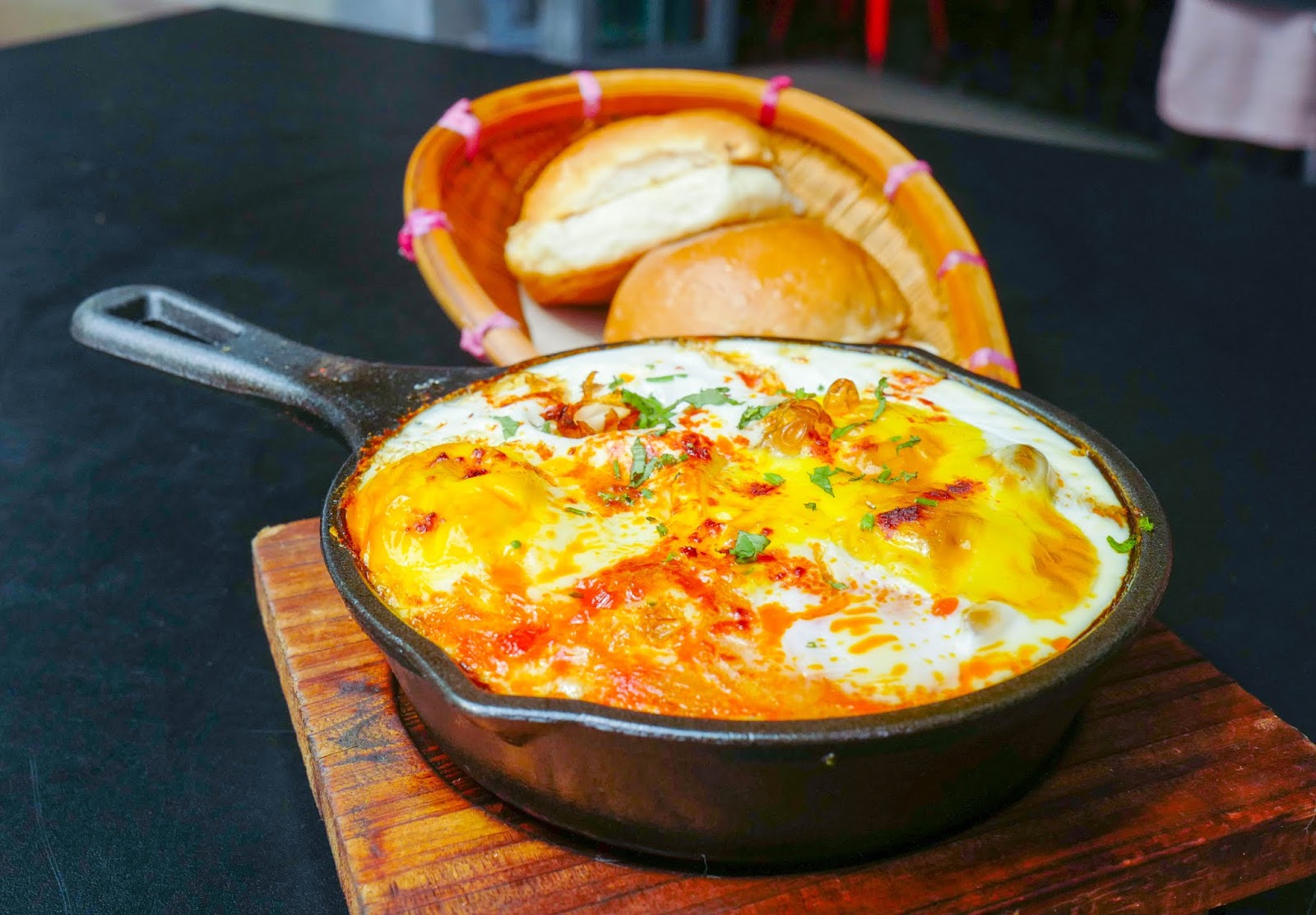 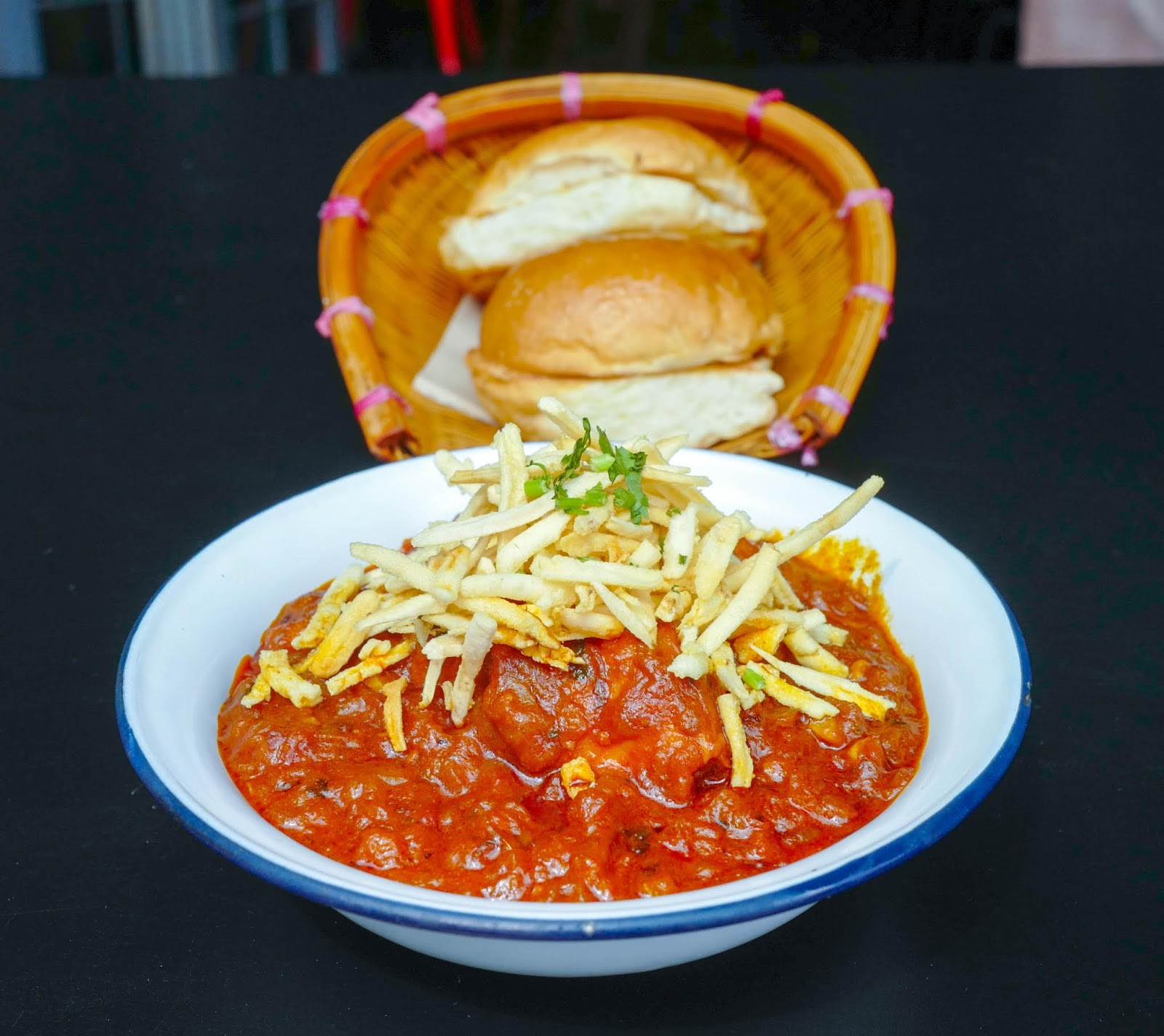 On the Persian side of the culinary spectrum, standouts include the papata par edu, the sultry Persian cousin of shakshuka and other baked egg preparations, with runny-yolked eggs concealing a comforting base of potatoes in a toothsome tomato-and-onion sauce on a piping-hot pan, recommended for brunch and beyond (RM20). Also enticing is the salli ma margi, succulent chicken crowned with crispy potato strips in a sweet-sour curry constructed with sugarcane and sambar masala (RM25). Iranian cuisine is not prominently represented at KL's restaurants, so if you're seeking to broaden the horizons of your taste buds, Drop Exchange promises a convenient route for exploration. 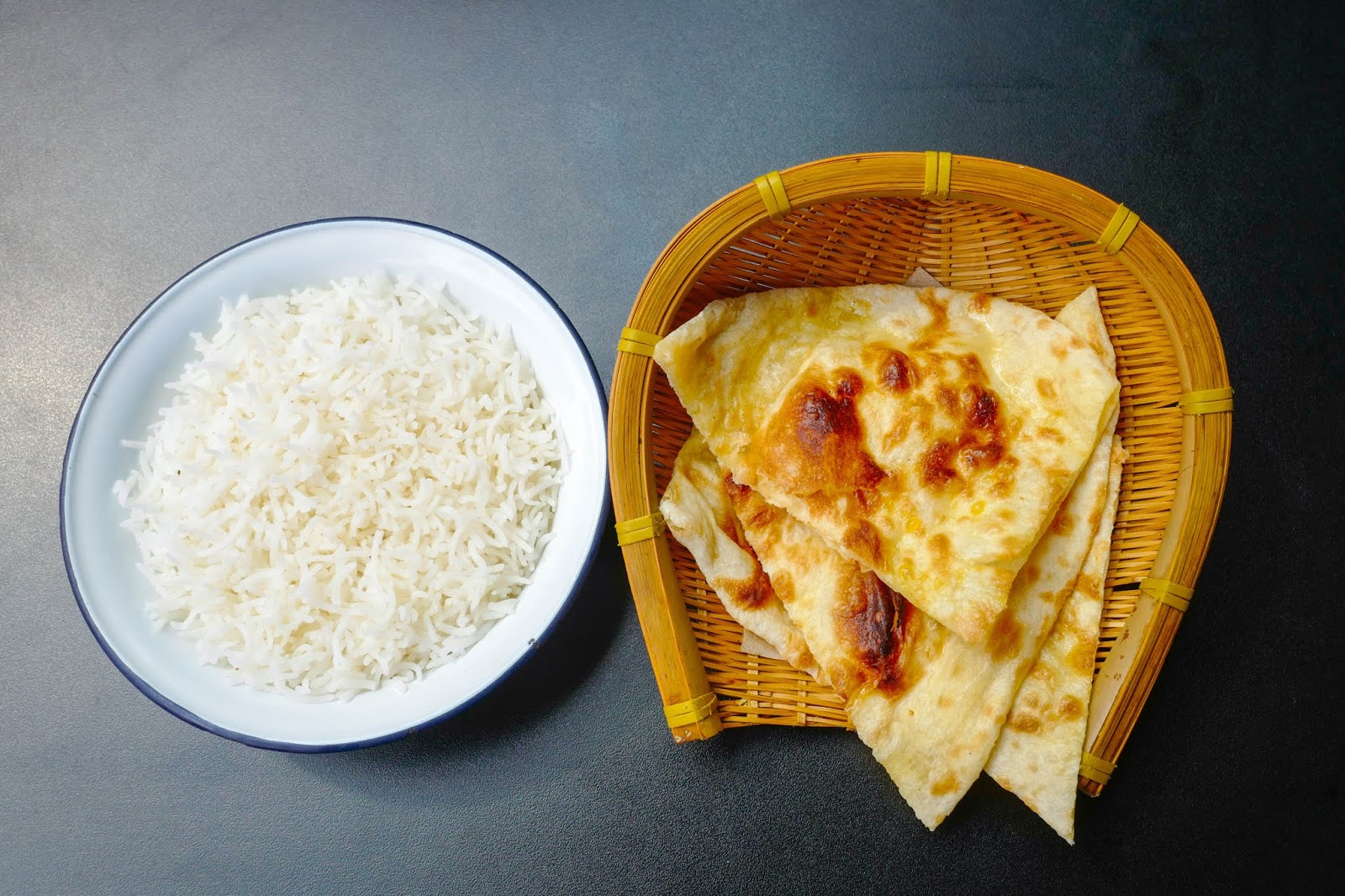 The Persian offerings come with house-baked buns on the side to soak up the sauces, but carb devotees can boost the starch quotient with steamed rice or an array of bread like the butter naan, which boasts a pleasing crunch that channels wood-fired pizza crusts. 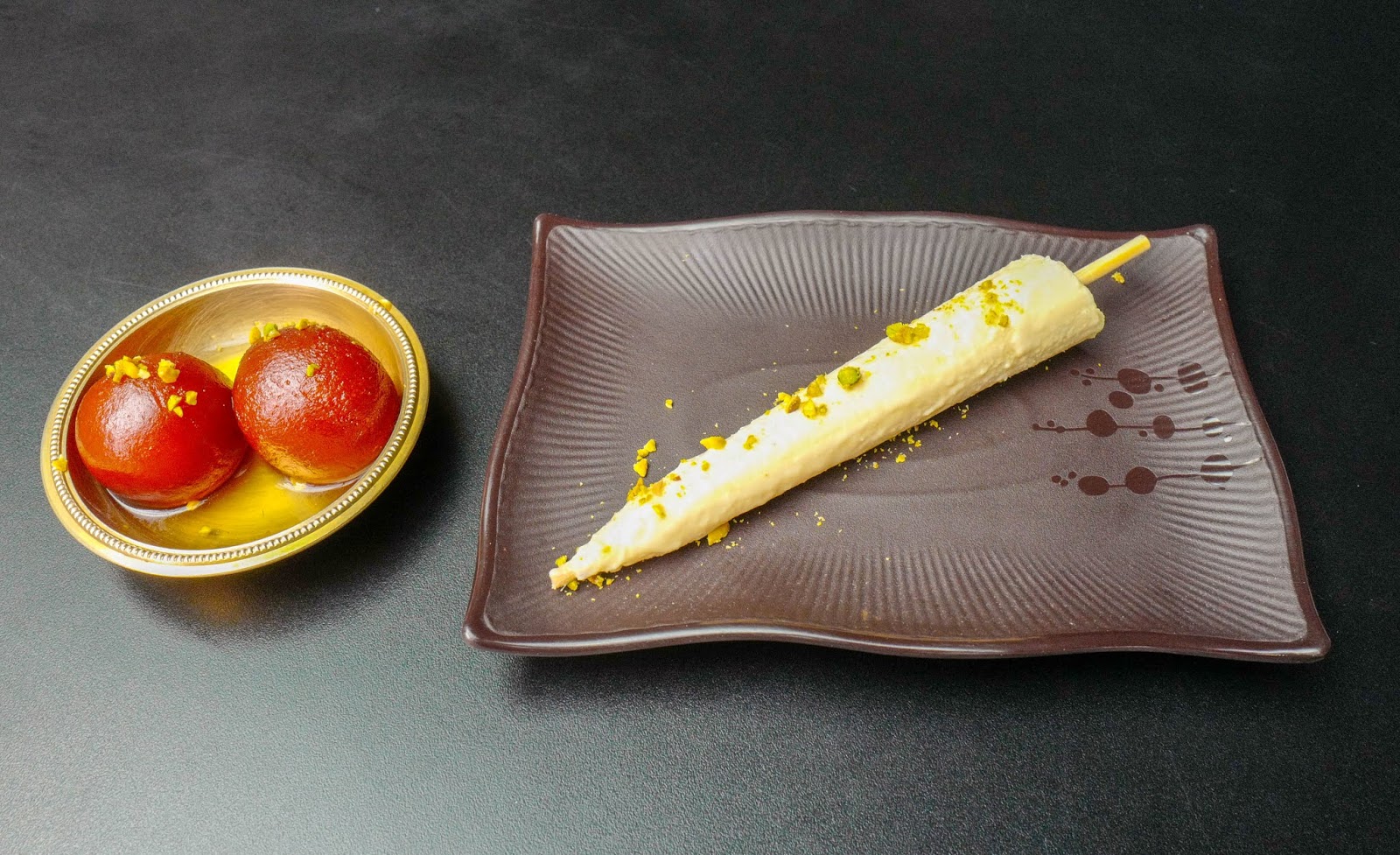 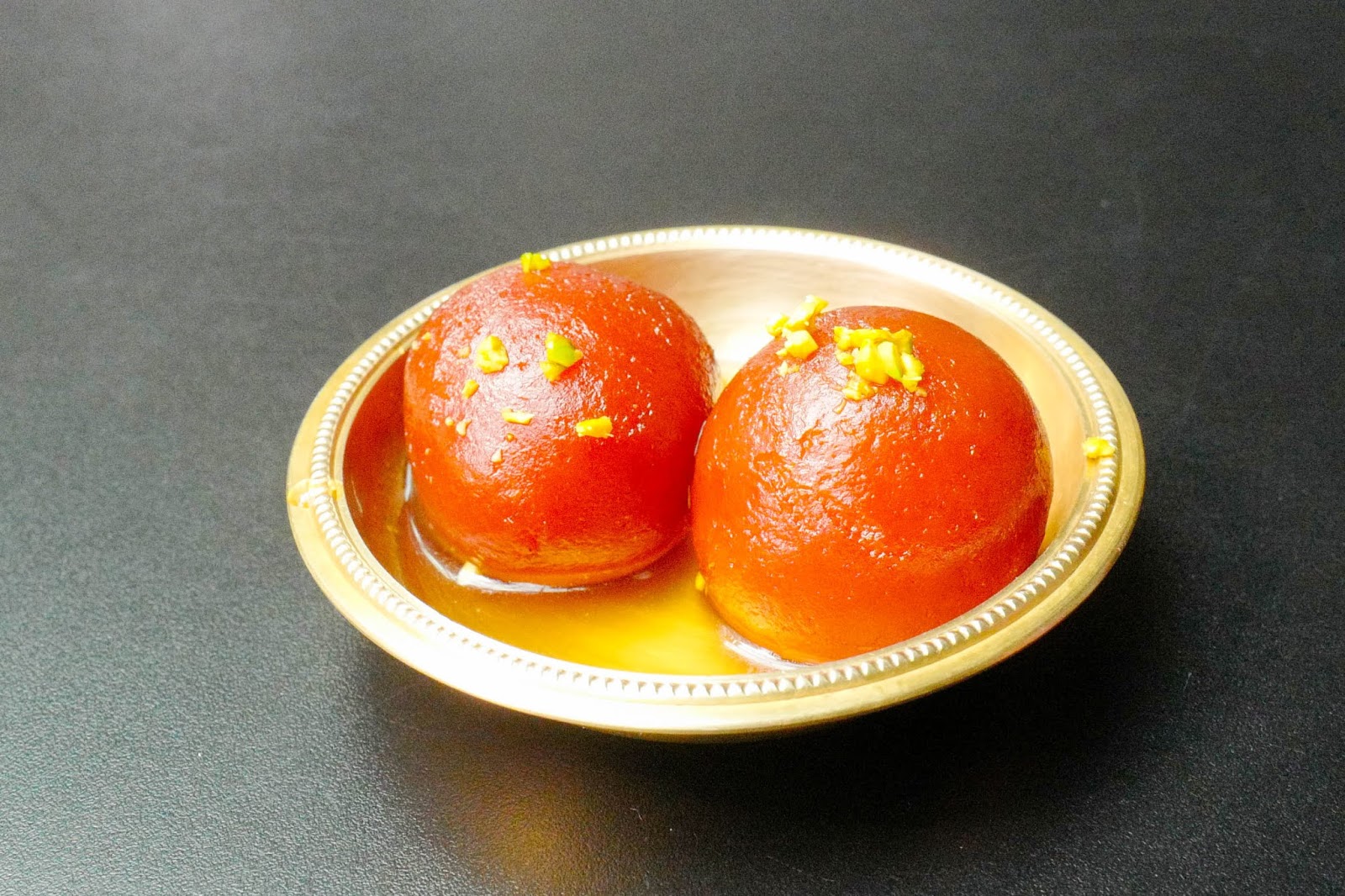 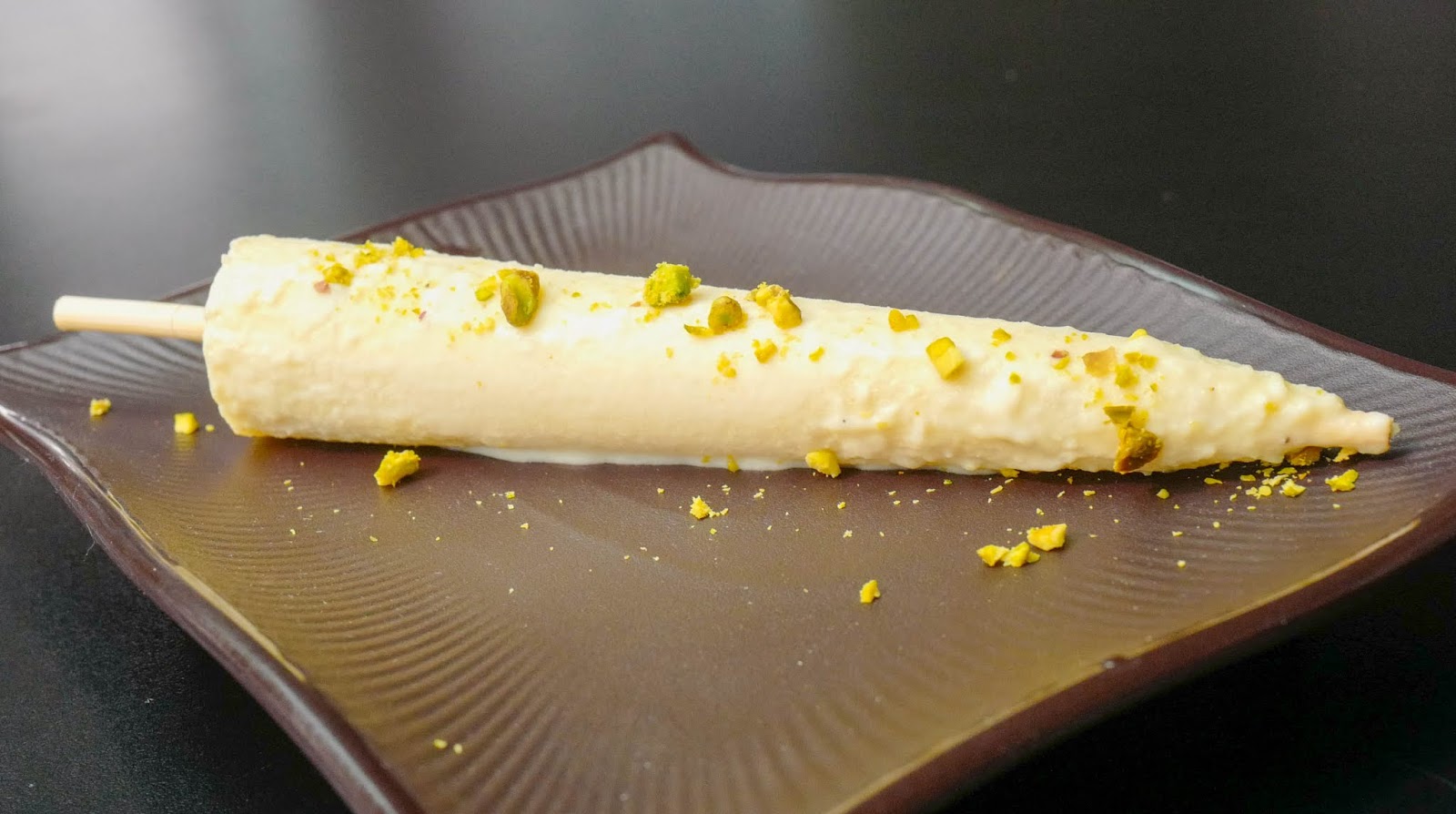 Indian desserts provide the perfect sign-off: The gulab jamun (RM12) is meticulously house-made too, as is the kulfi (RM15) - for the former, milk is reduced into khoya, a milk solid, mixed with flour and served as nectarous spheres in syrup with drizzled pistachio bits, while the latter is produced with fresh cow's milk that's boiled for two hours till condensed, laced with saffron before being frozen on a stick, yielding a fast-melting chilled treat's lusciousness. 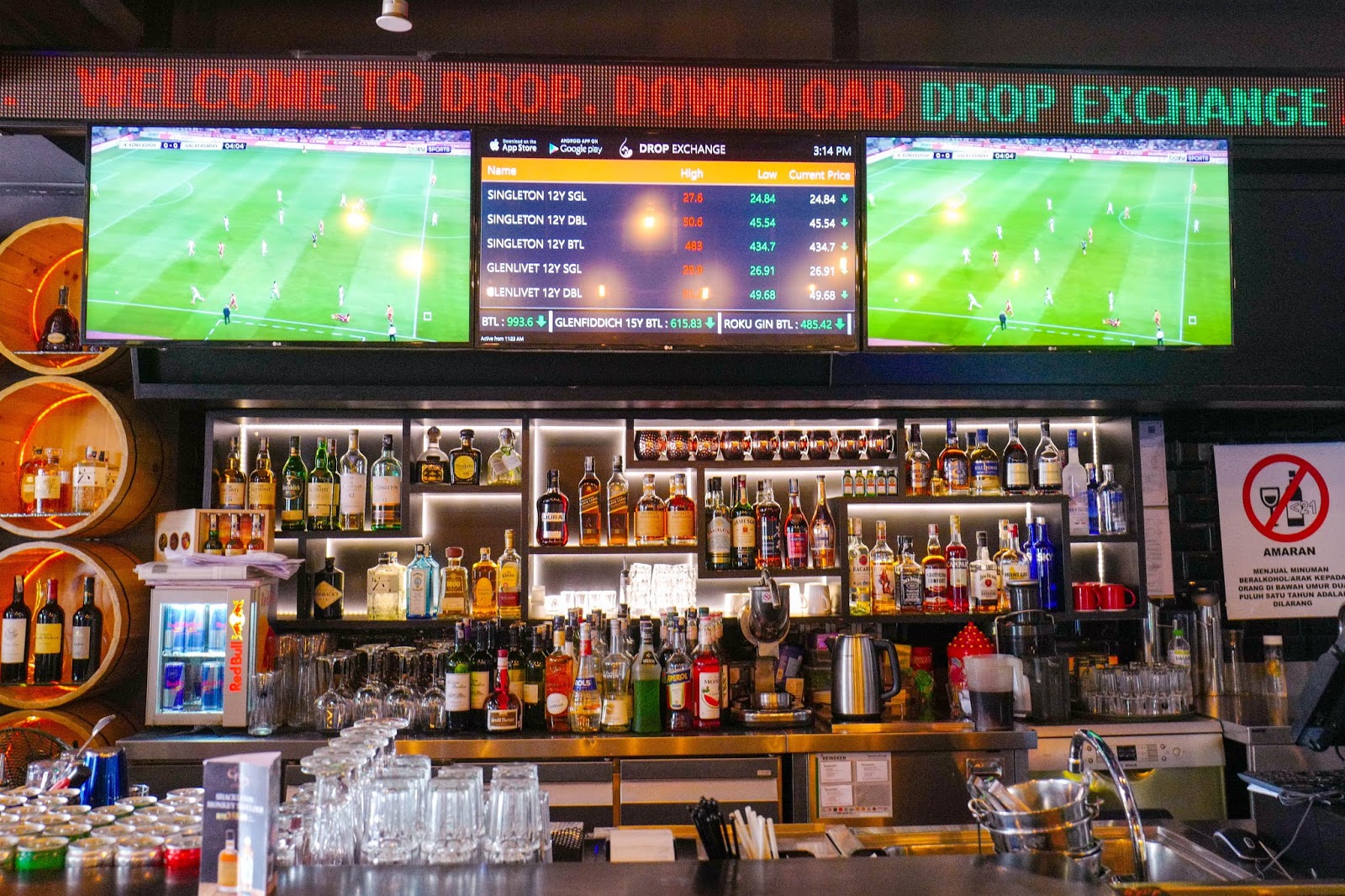 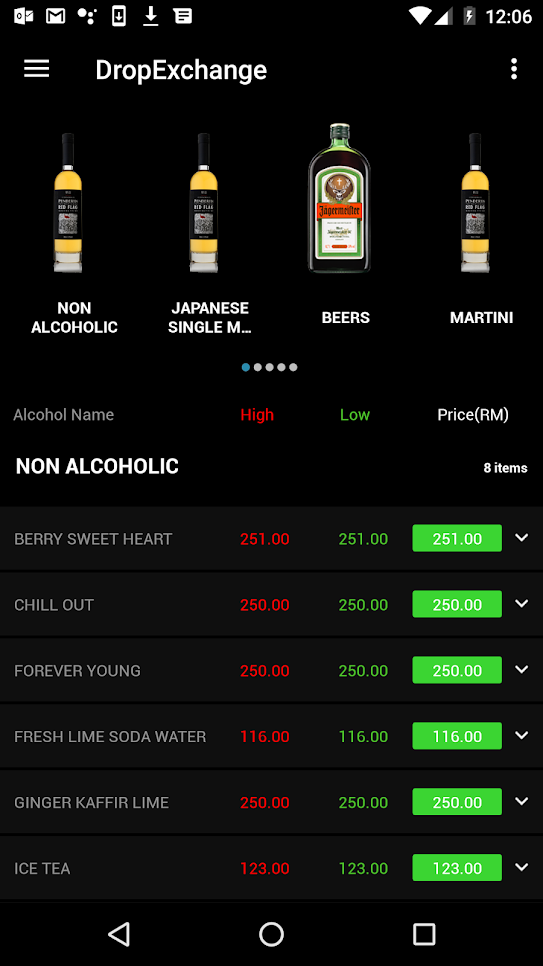 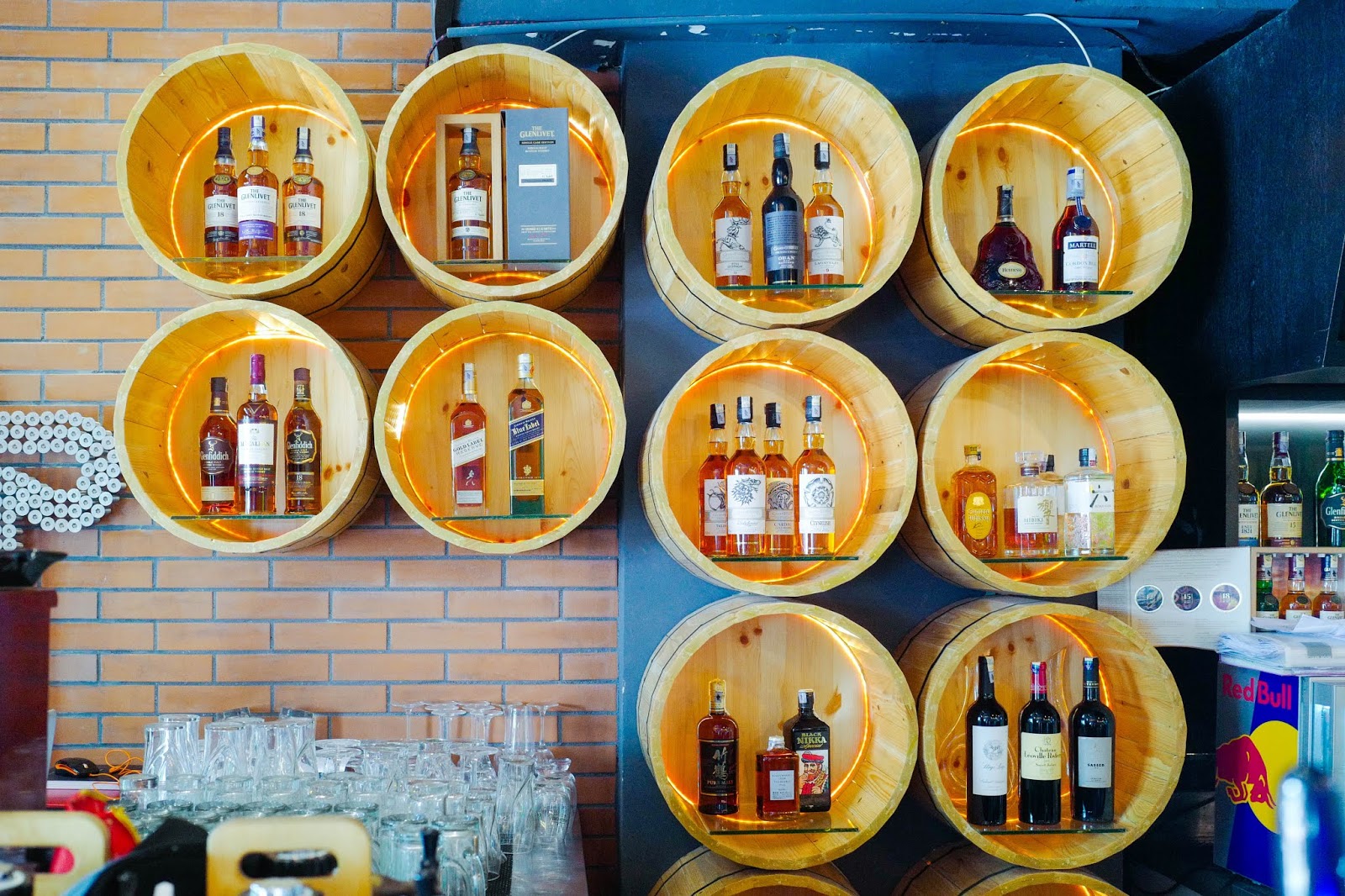 Drop Exchange offers no lack of beers, hard liquors, wine and cocktails via an unconventional concept - many of the drinks are listed on the 'stock market' board above the bar counter, with prices that fluctuate based on demand - you can place an order at any time via the bar's Android app to lock in your desired price, so that no matter how much the prices evolve throughout the evening, that's the price you'll pay - a playful but practical way of making your drinking sessions even more memorable.

Many thanks to Drop Exchange for having us here. 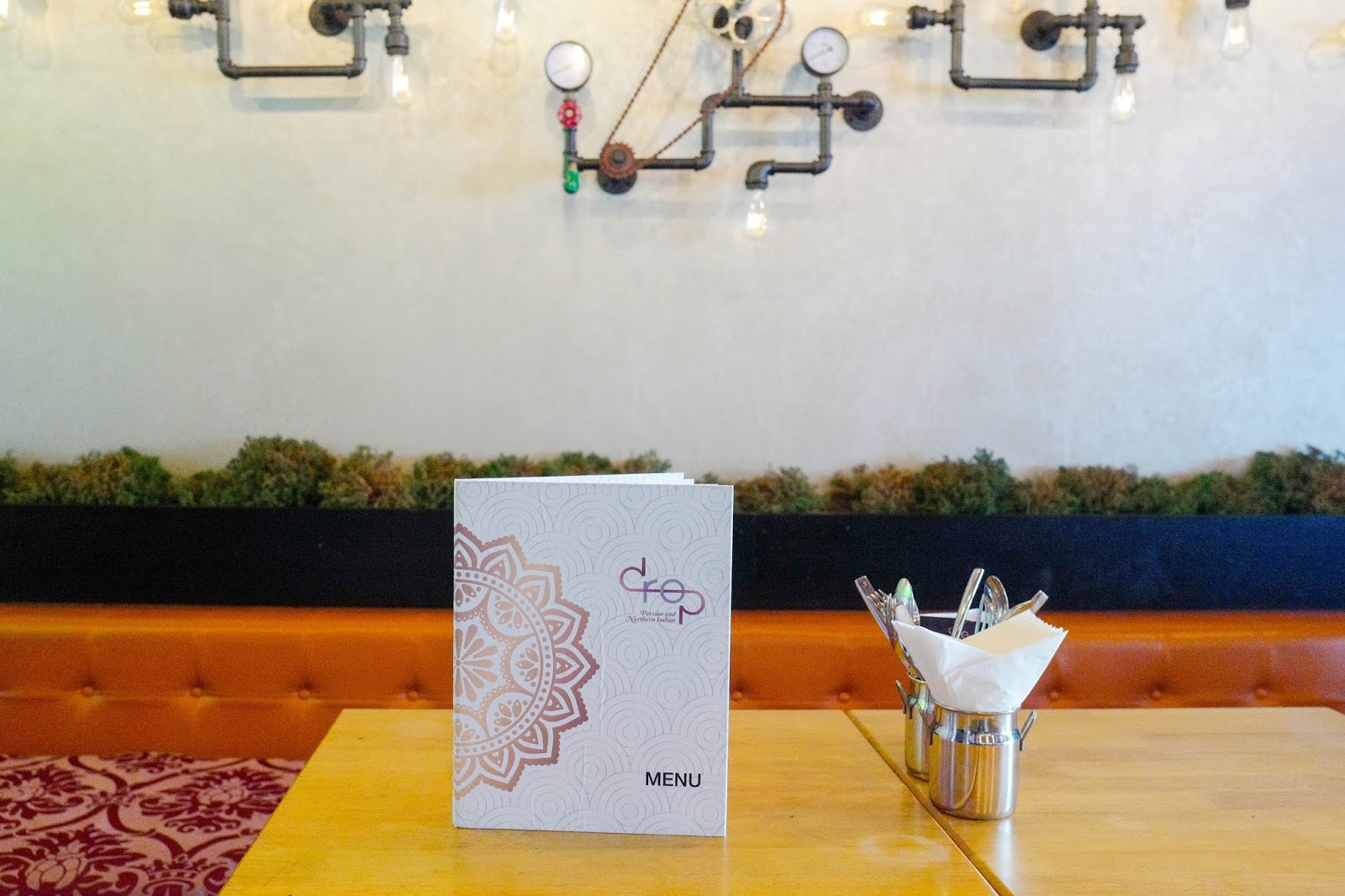 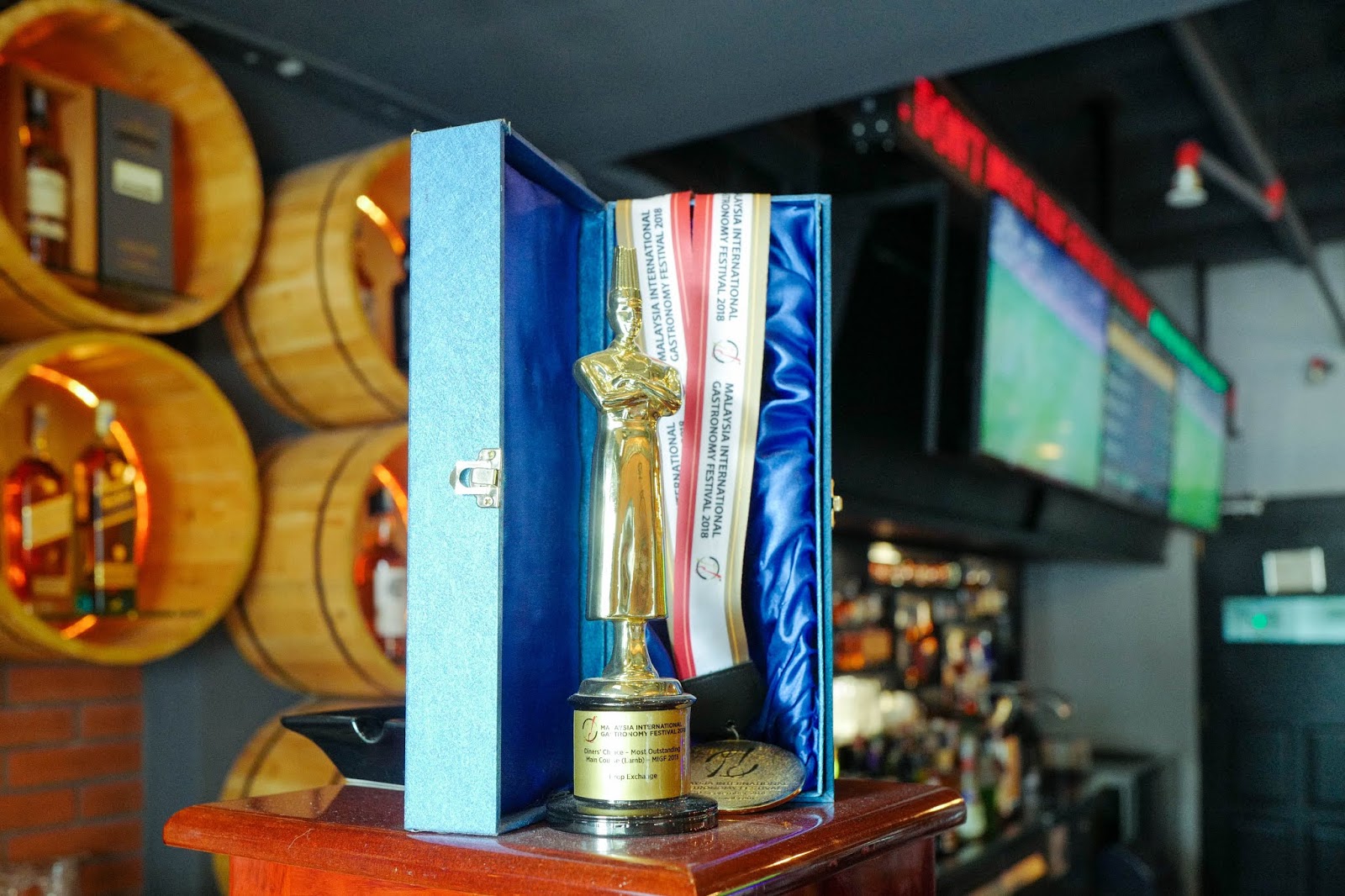 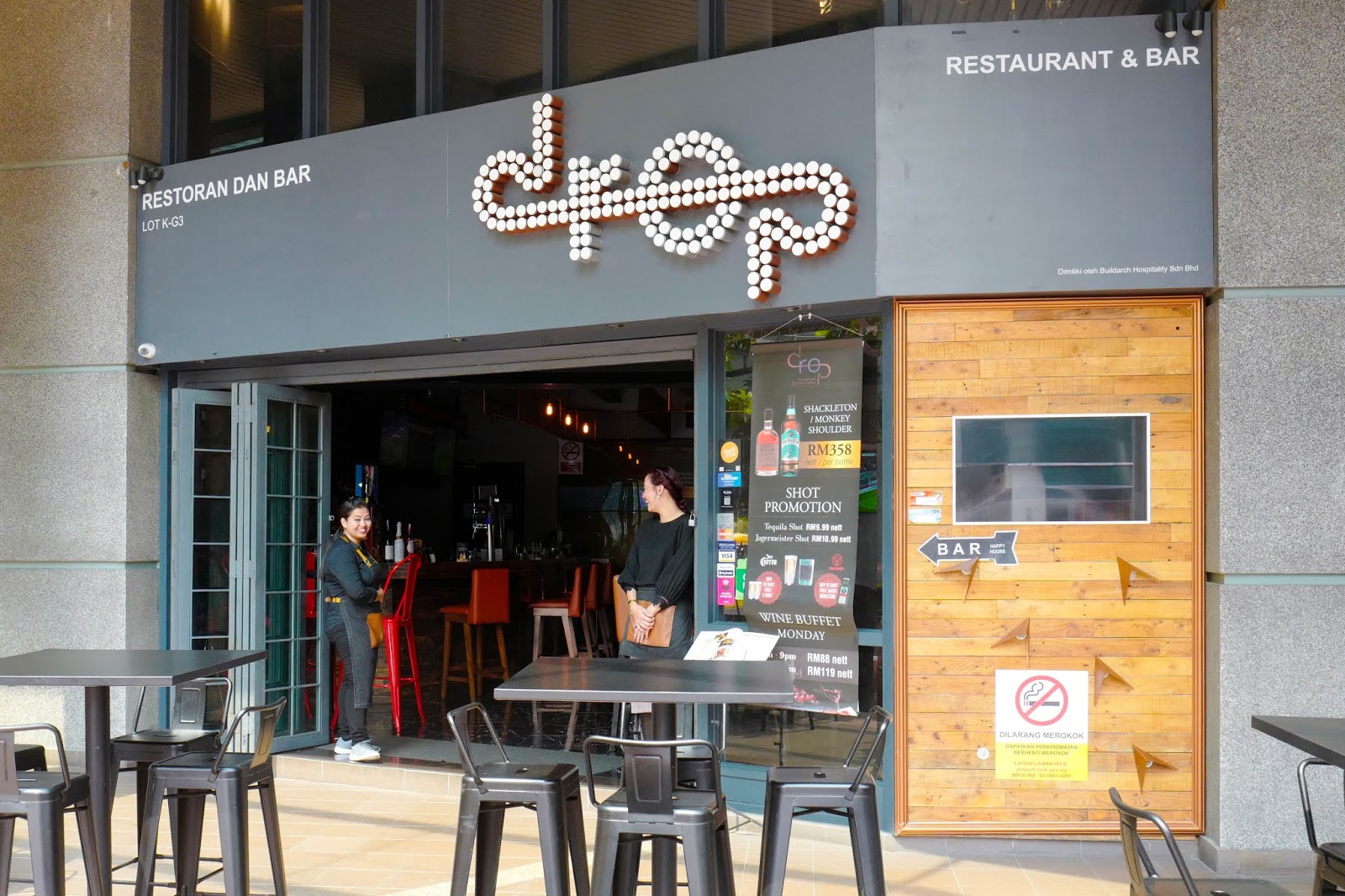 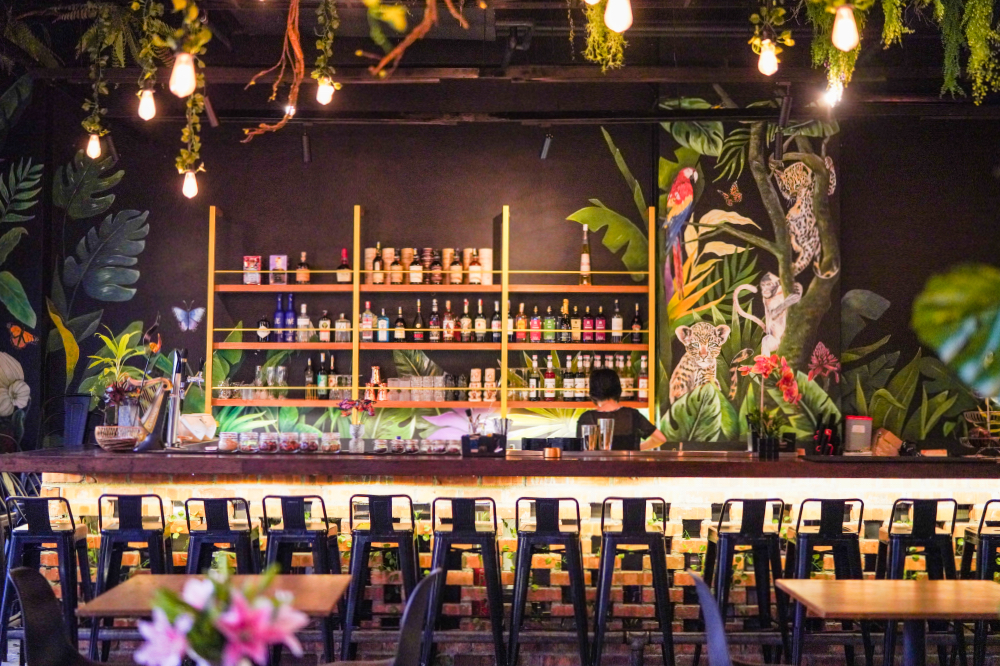 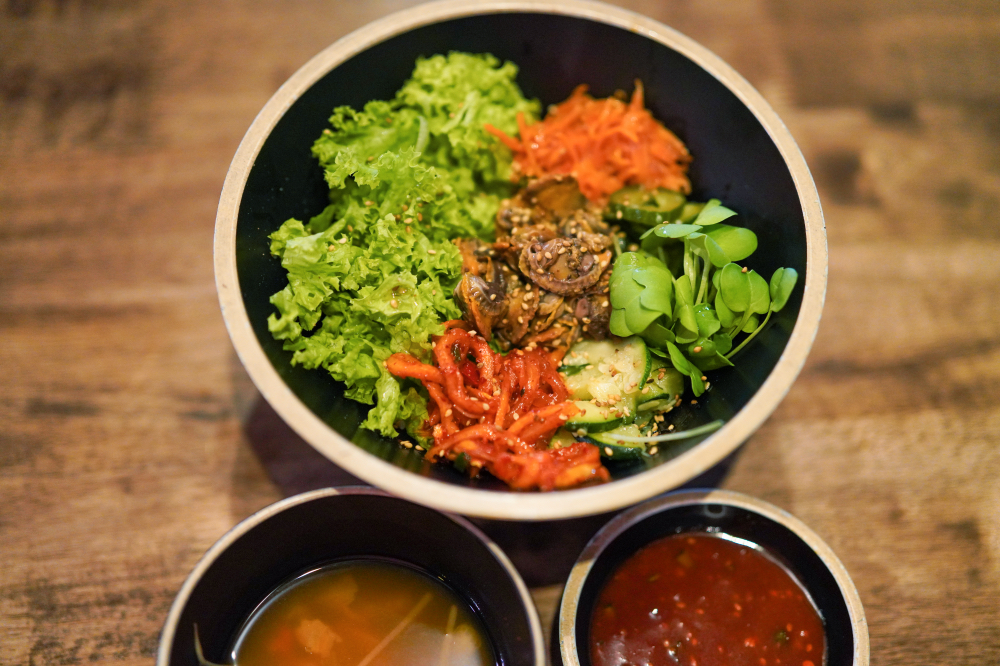