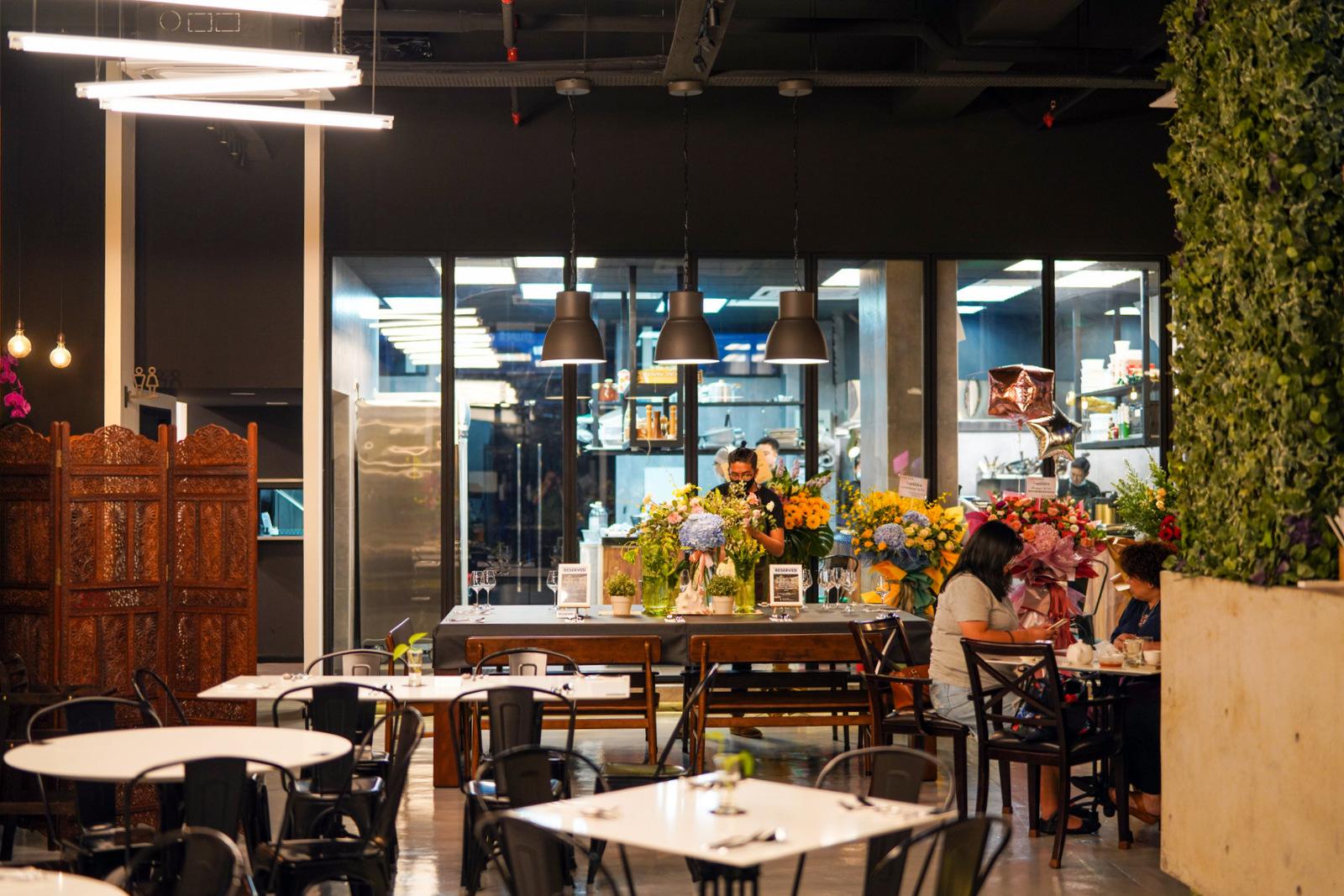 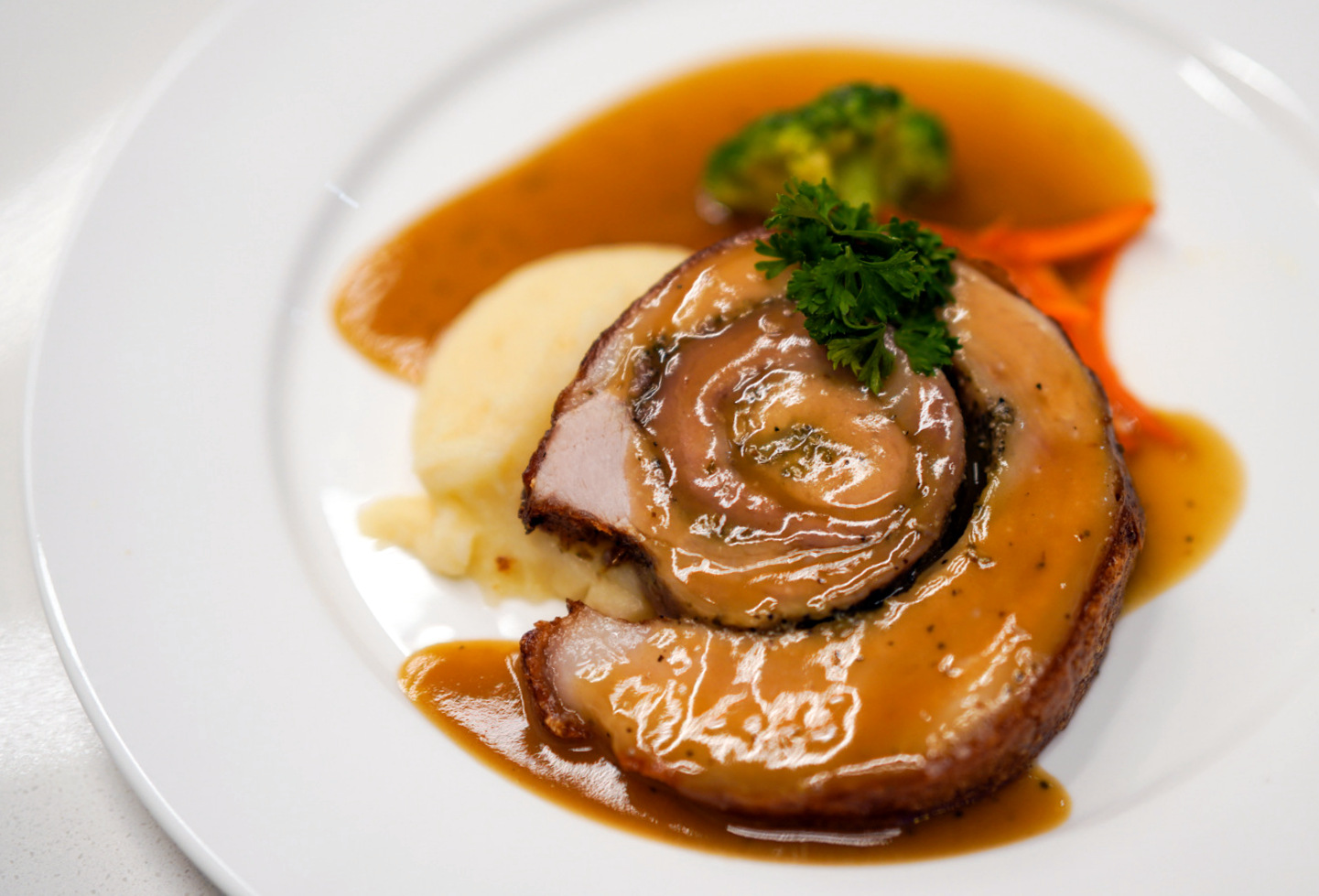 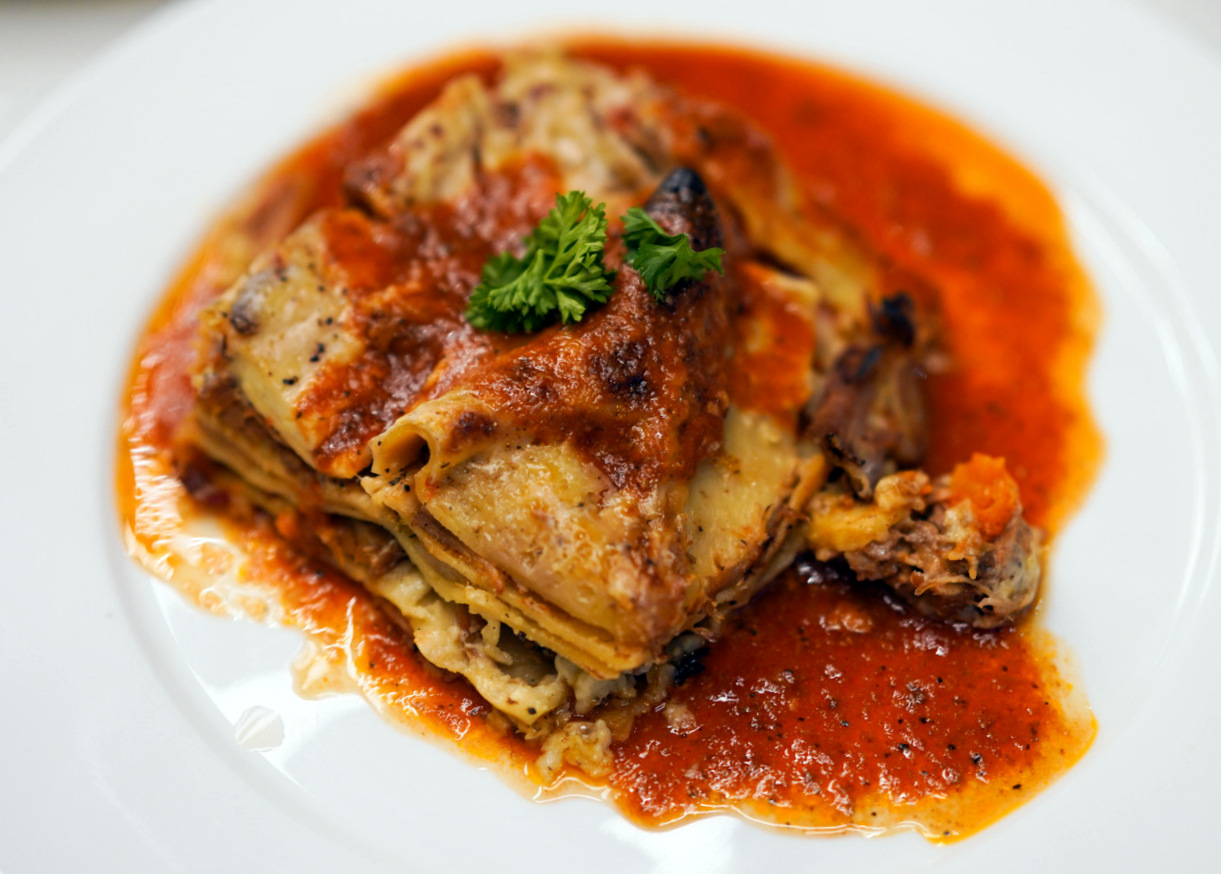 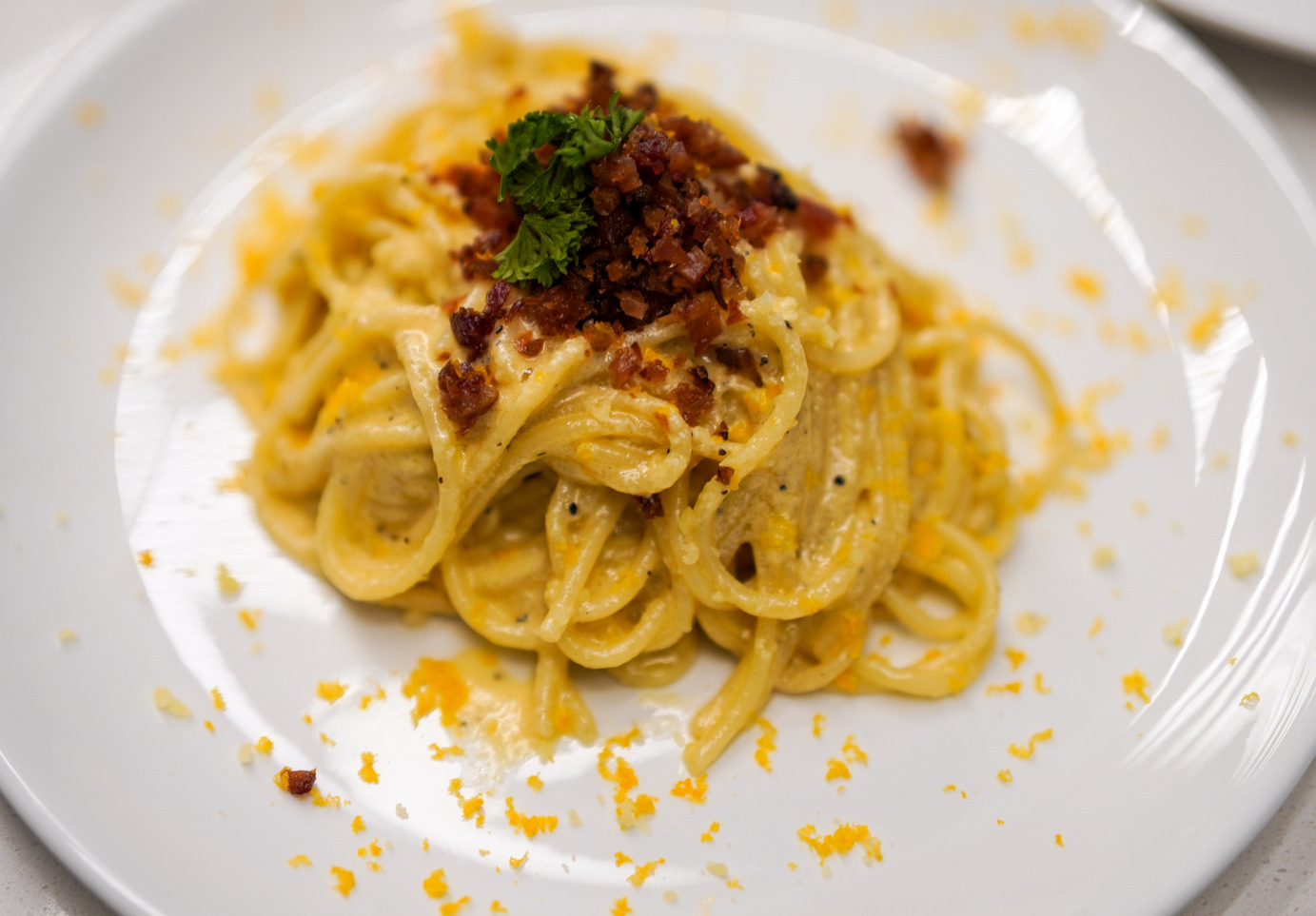 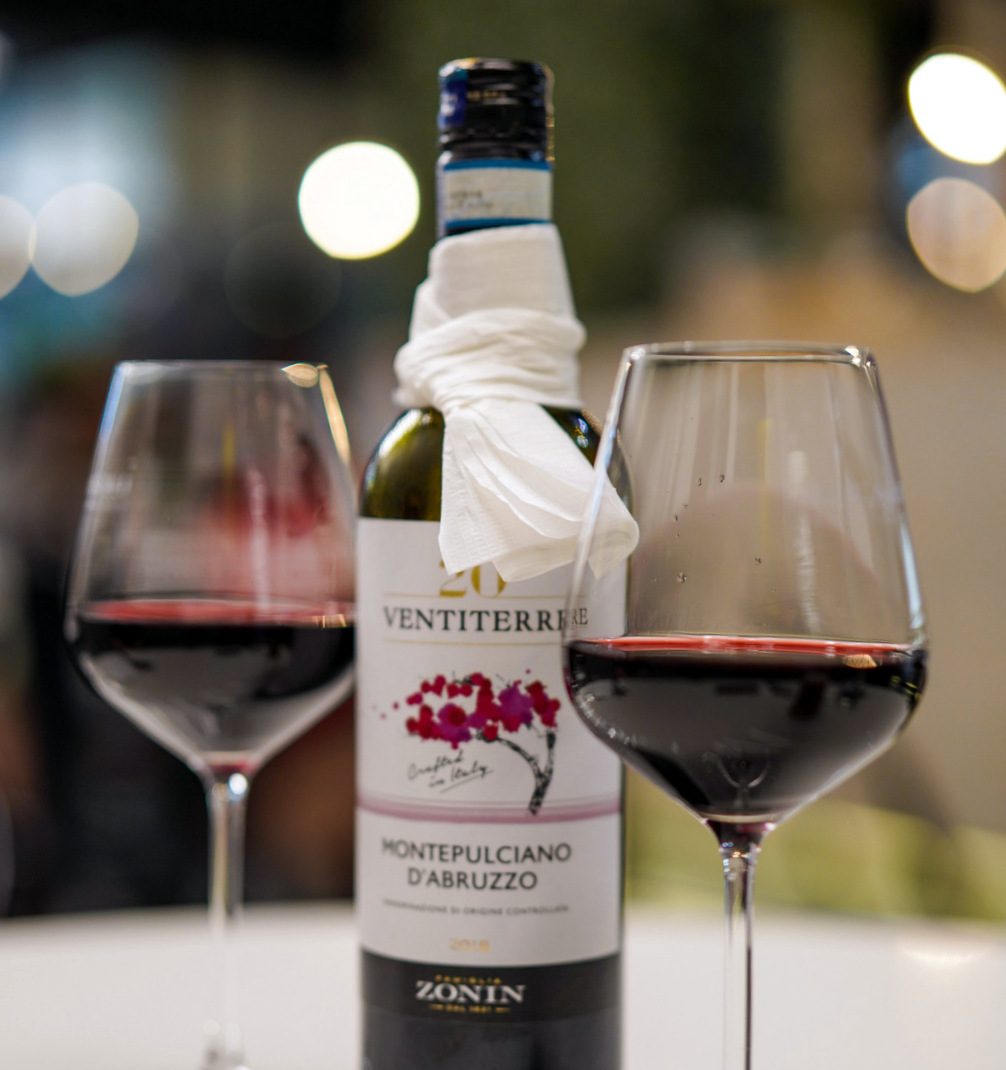 With their first restaurant named after their firstborn toddler son, chef Sim Hon Sing and his wife Magarita Santiago bring a lot of love, prowess and passion to the table. Cafe Rocco is a long time coming - it's been seven years since the couple launched their home-based supper club, Hungry Mario, before embarking on private catering. But this venue is worth the wait, with a mature, masterful perspective to cooking and service.

If you only have one plate of pork this week, make it Cafe Rocco's porchetta, a swoon-worthy portion of 12-hour sous vide meat, compellingly layered with a tender core of sage-and-rosemary-rolled flesh, wrapped with melt-in-the-mouth, clean-tasting fat, with crackling that's impossibly thin and crisp - altogether achingly smooth and sumptuous (RM38 per slice). Our favourite porchetta in KL? Probably - pork at its prime and pinnacle.

Italian specialities pepper the menu - no surprise, since Rocco himself was named for David Rocco, the Canadian chef with a Neapolitan heritage. Chef Hon Sing calls his creations Chitalian, tweaked to remain true to the spirit of Italian traditions while adapting to and adopting the chef's distinctive identity.

In a city where lasagna is constructed with stodgy pasta sheets, cloying with cheese and bechamel, with artificial-tasting tomato sauce that smothers everything including over-salted ground meat, Cafe Rocco's version sidesteps every pitfall, resulting in a soulful casserole that with honest flavours and homemade textures (RM32). We especially love the eight-hour-cooked pork shoulder meat tucked comfortably between the sheets.

Cafe Rocco doesn't serve wine, but a supermarket is only one floor below, so grab a Montepulciano d'Abruzzo to pair with all of the above (corkage is RM30 per bottle). 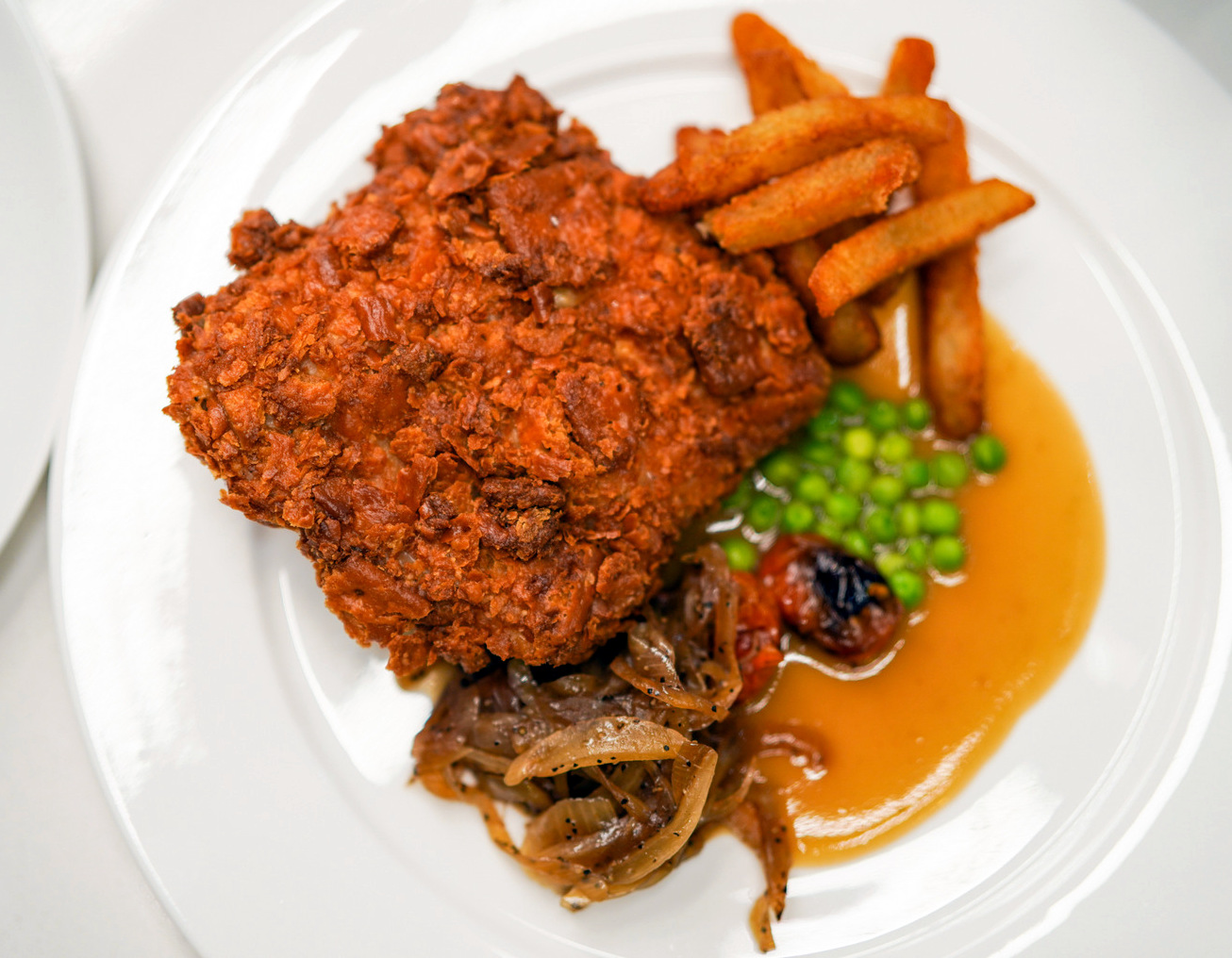 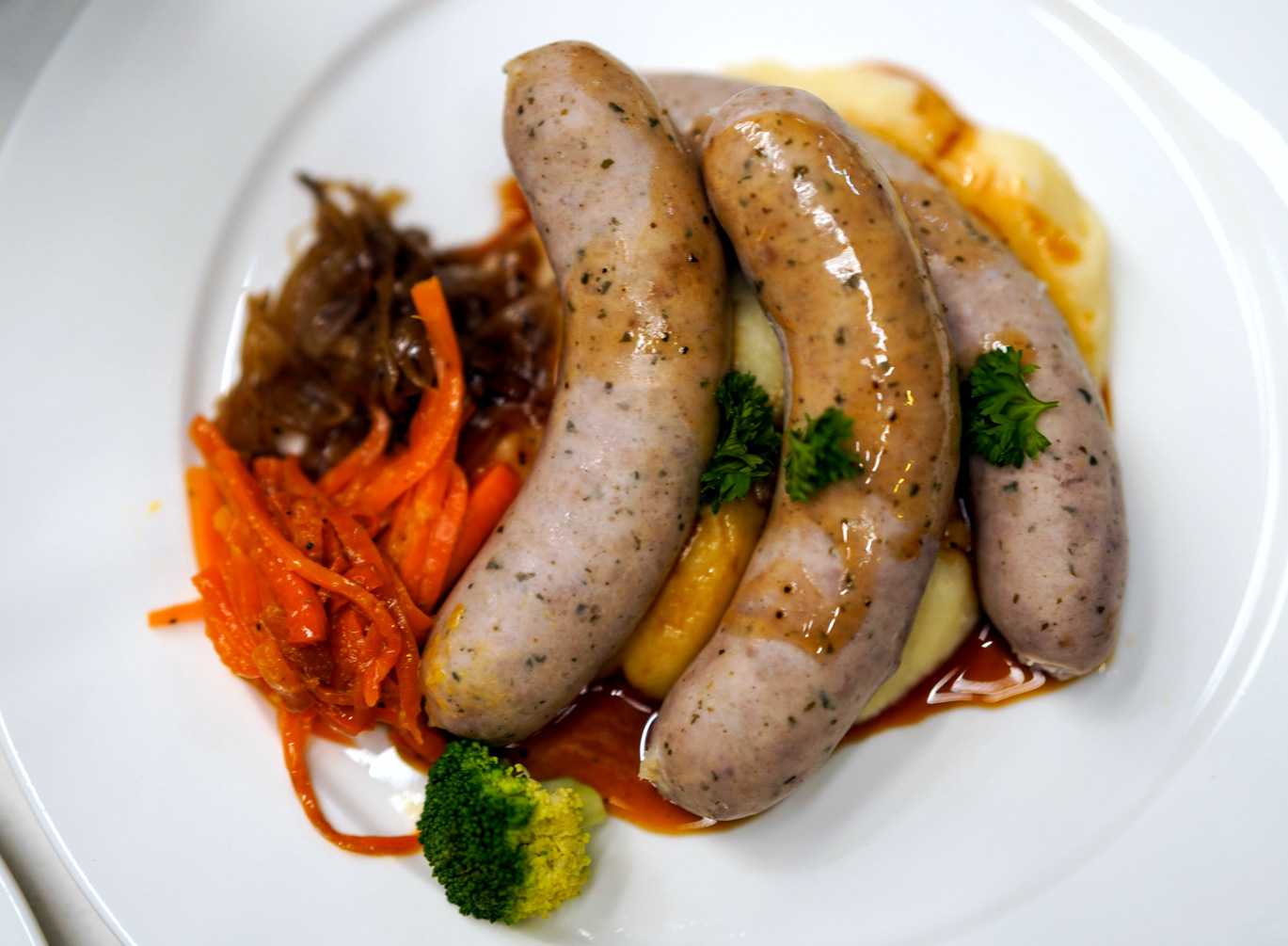 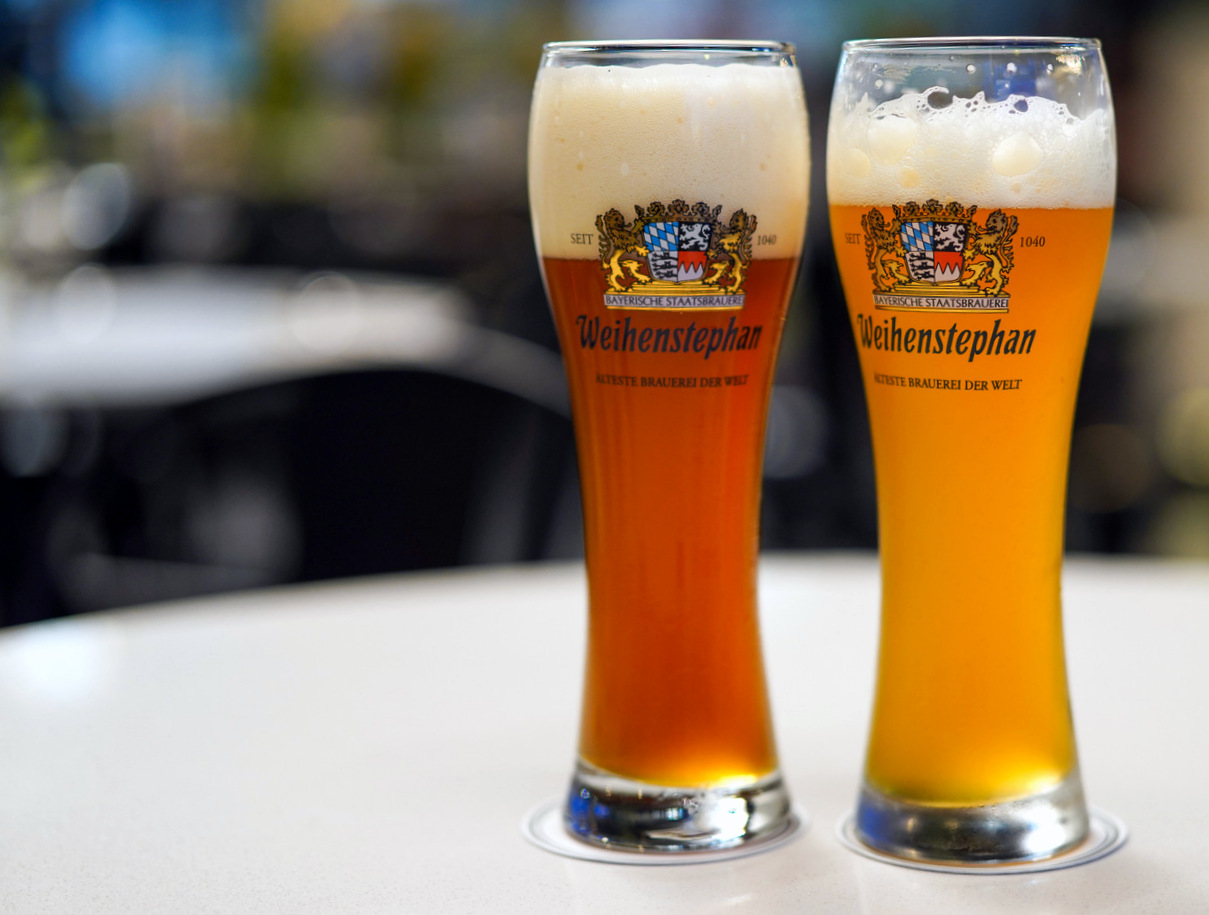 Nothing comes out exactly as expected at Cafe Rocco, a treat for patrons who enjoy exploring how a talented chef takes liberties with familiar recipes. The Hainanese chicken chop abandons any attempt of drowning the fowl with gluggy gravy but reasserts the practice of coating the whole thigh with crunchy, buttery cream crackers for its crumb, partnered with baby peas, caramelised onions and hand-cut, twice-fried Russet potato chips, restoring respect to this classic chop (RM28).

Cafe Rocco's natural-casing sausages might not have the pronounced snap that many customers crave of sausages, but these boiled beauties have a rustic wholesomeness to them, evoking Bavarian Weisswurst white sausages (RM32), well-matched with German beers. Note that Cafe Rocco's sides might seem repetitious after a few orders, but we really like the carrots, flavoured with a citrusy roundness that channels marmalade, and the caramelised onions, prepared with premium soy, balsamic and honey. 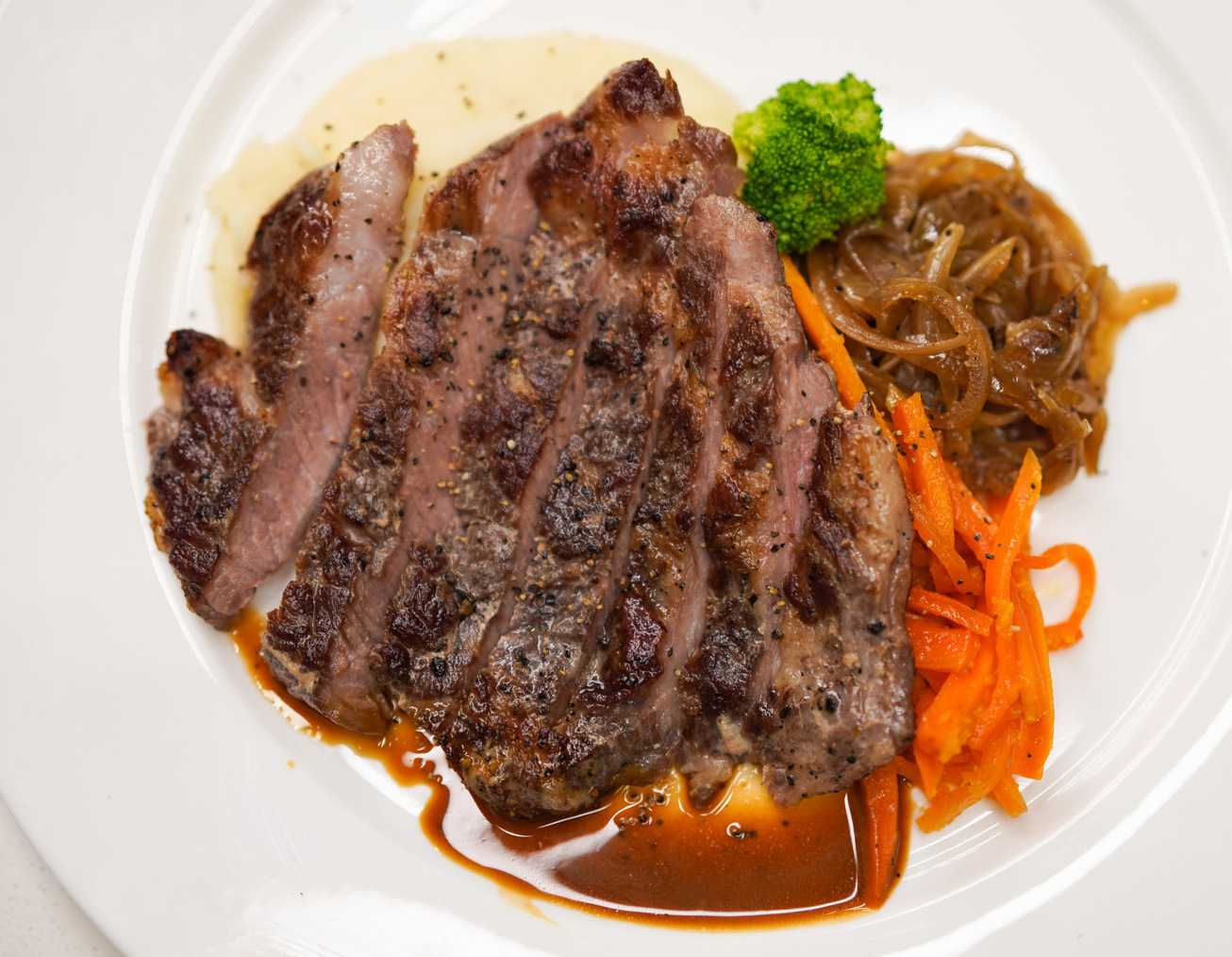 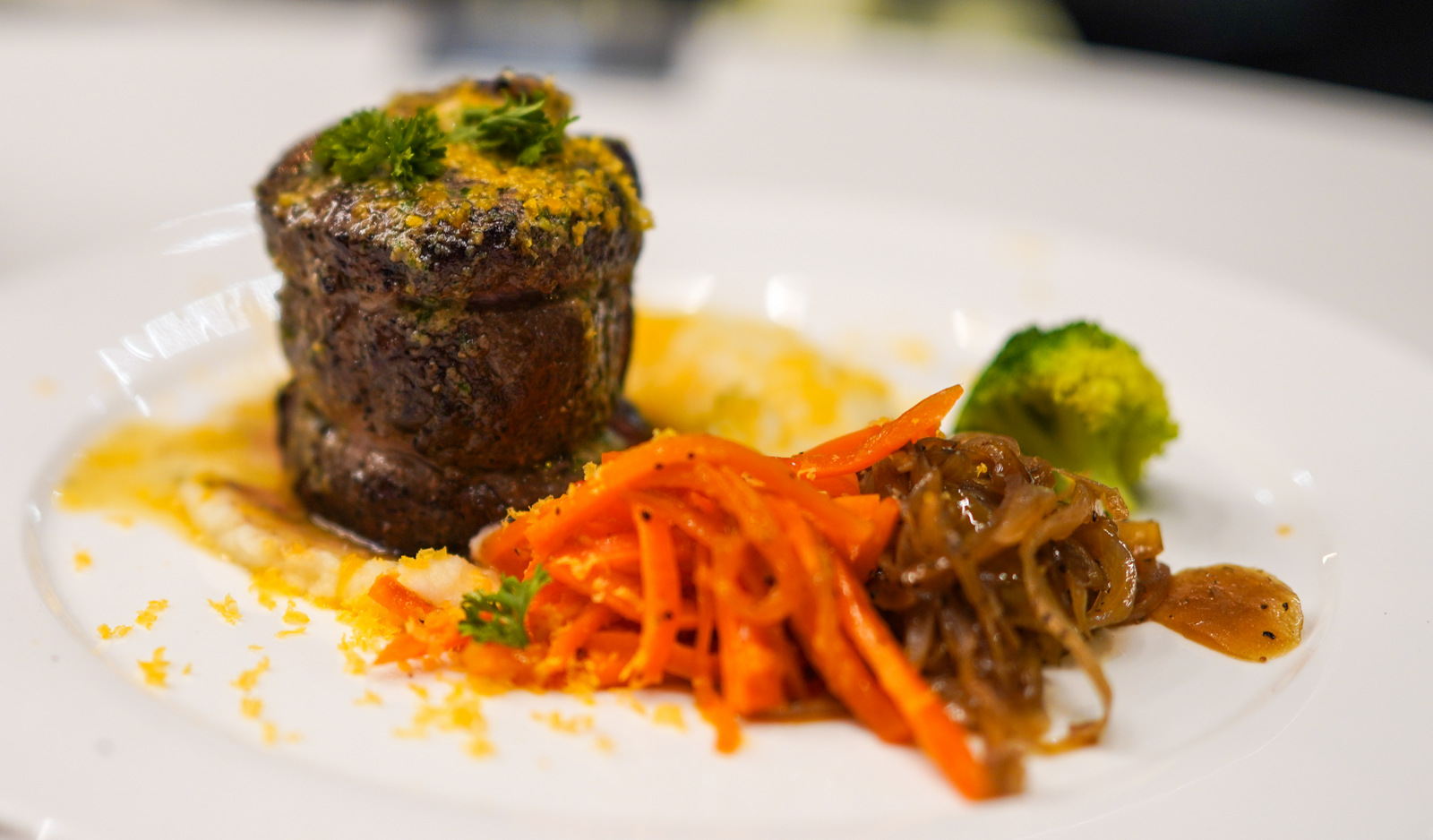 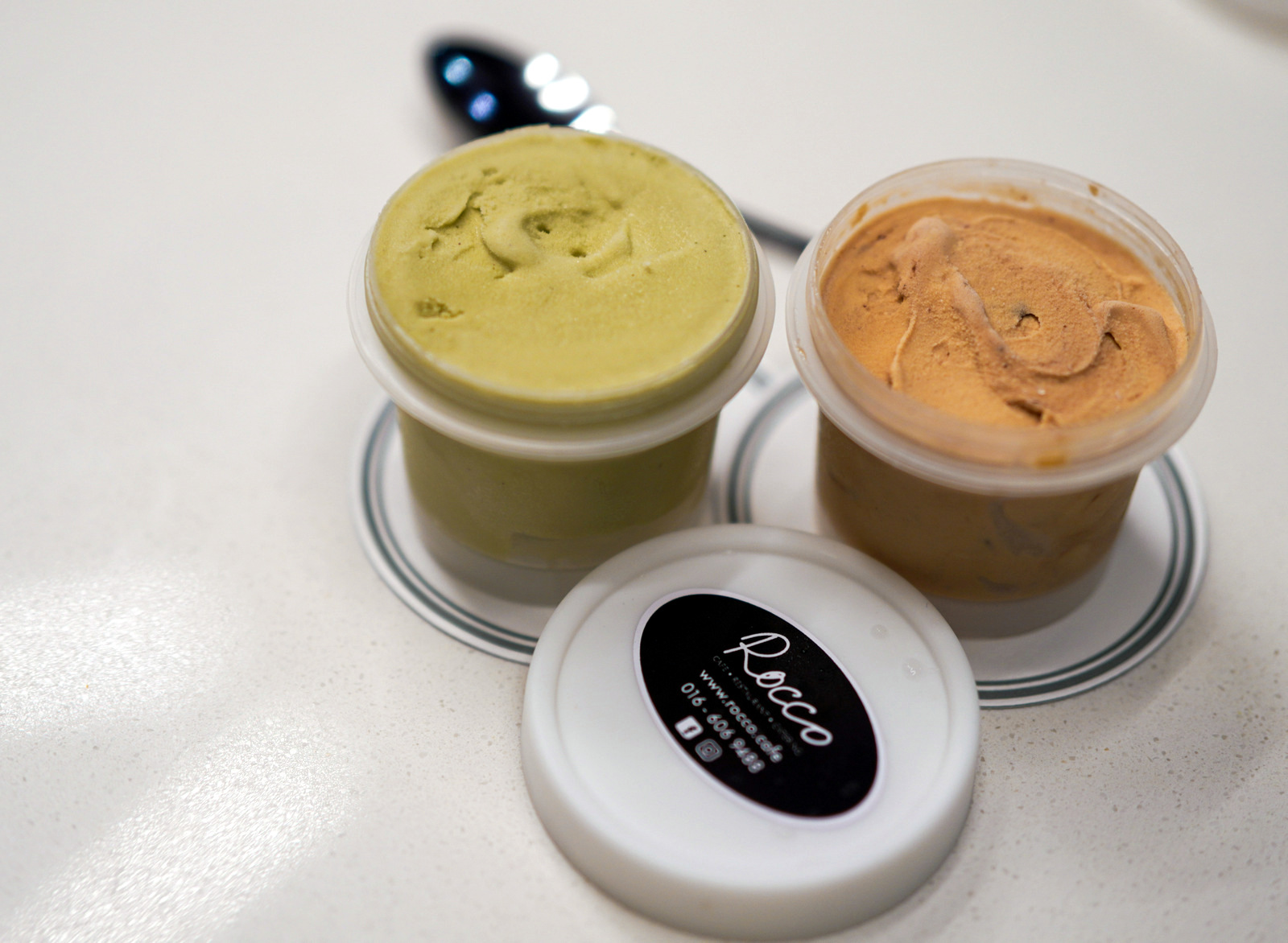 Our steaks - both pork and beef - were where Cafe Rocco faltered for our first visit, though with future fine-tuning, these shouldn't be a problem for upcoming guests. For us, the seared iberico abanico - the cut that wraps the ribs - was expertly seared, doing juicy justice to its marbling, but the produce itself was marred by an off-putting flavour that tasted too much like offal, particularly pork stomach and intestines (RM78 for 200 grams). The filet mignon was also promising, enhanced with bone marrow butter and shaved cured egg yolk for a splash of decadence, but the sous vide meat seemed waterlogged in both taste and texture, resulting in a gamy, gummy chew that forfeited the purity of the beef (RM89 for 200 grams).

Still, Cafe Rocco is the sort of restaurant which inspires confidence that any missteps will be short-lived. An ending of pistachio and rocher gelato (RM10 each) made the evening right again. 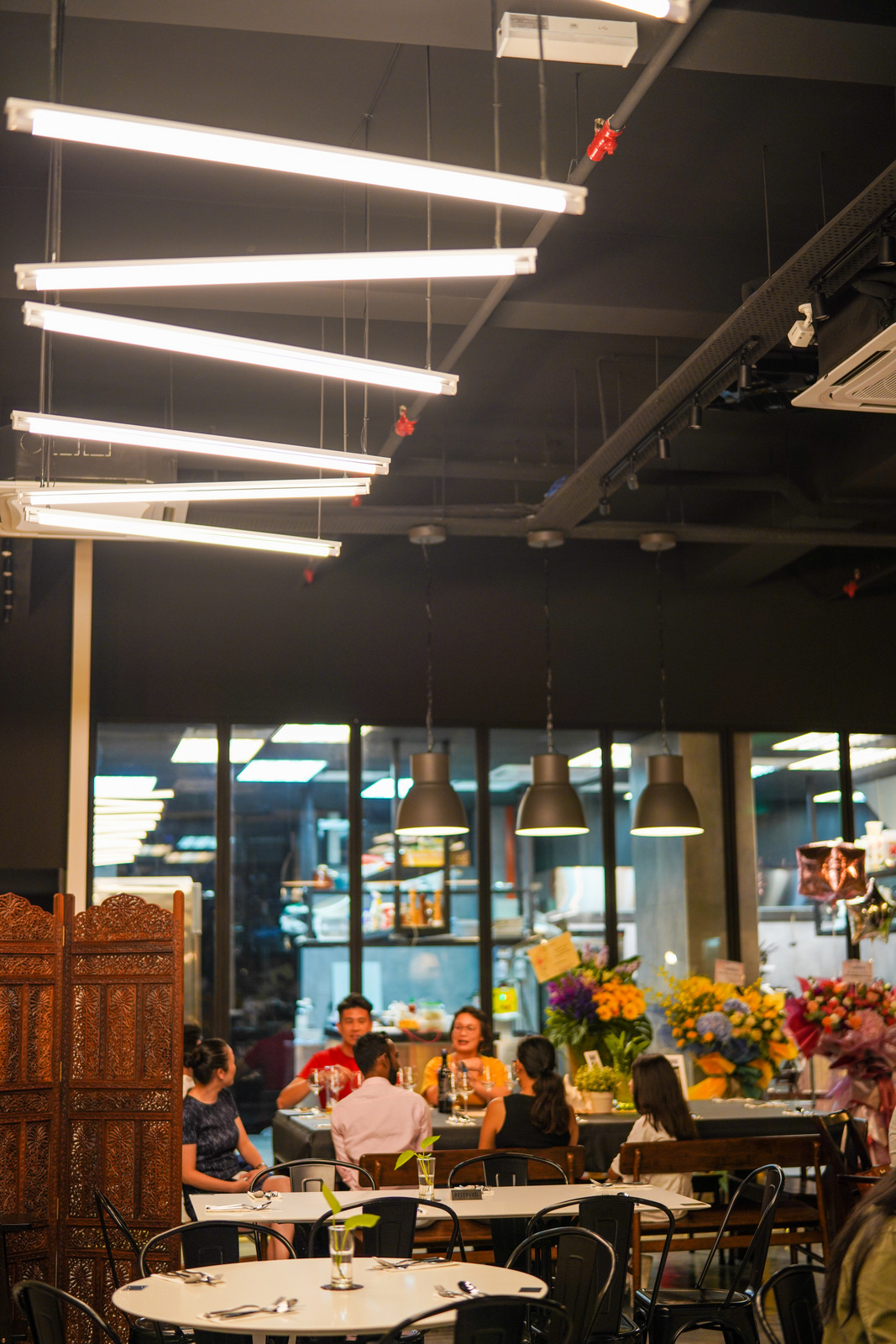 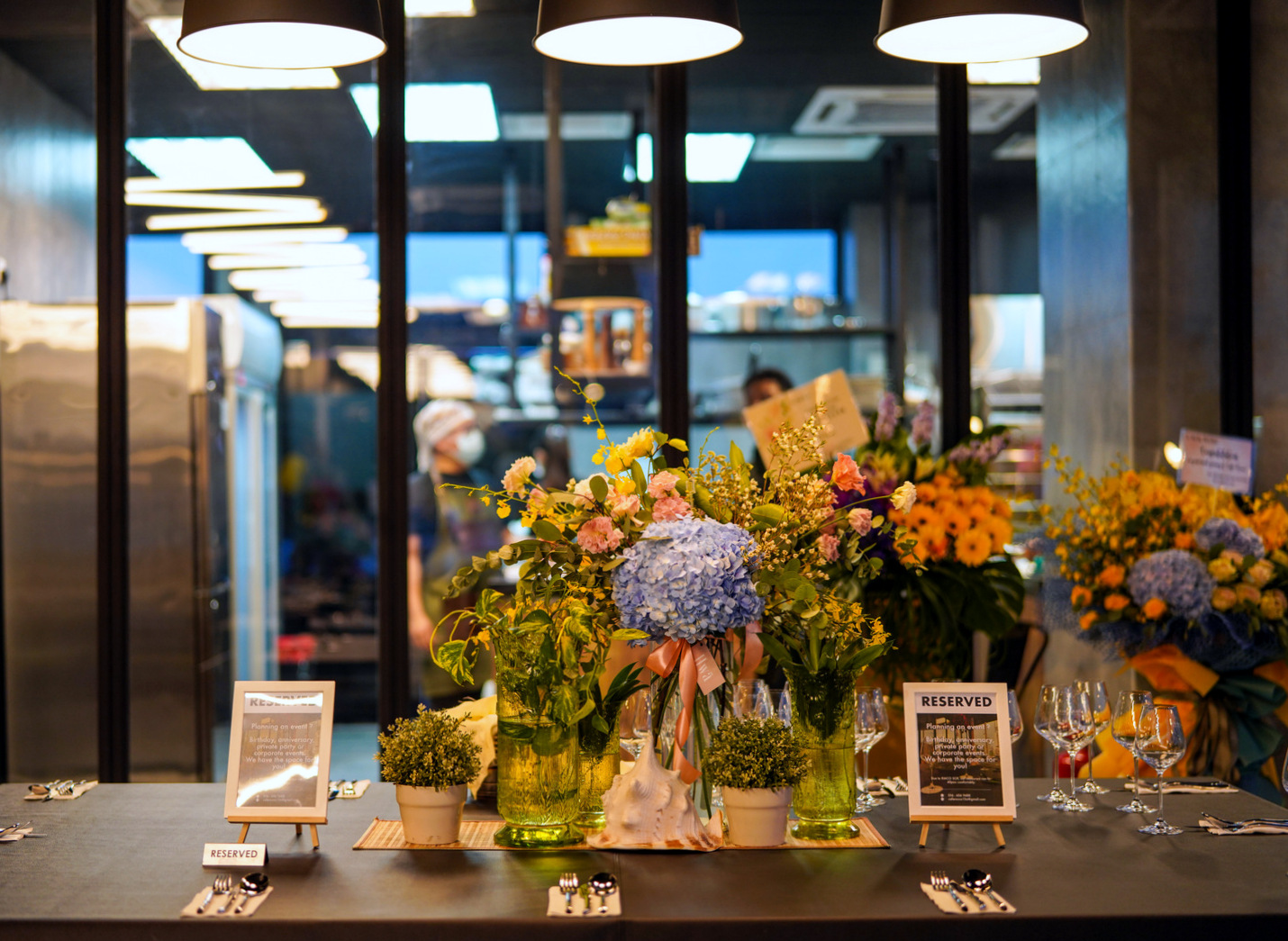 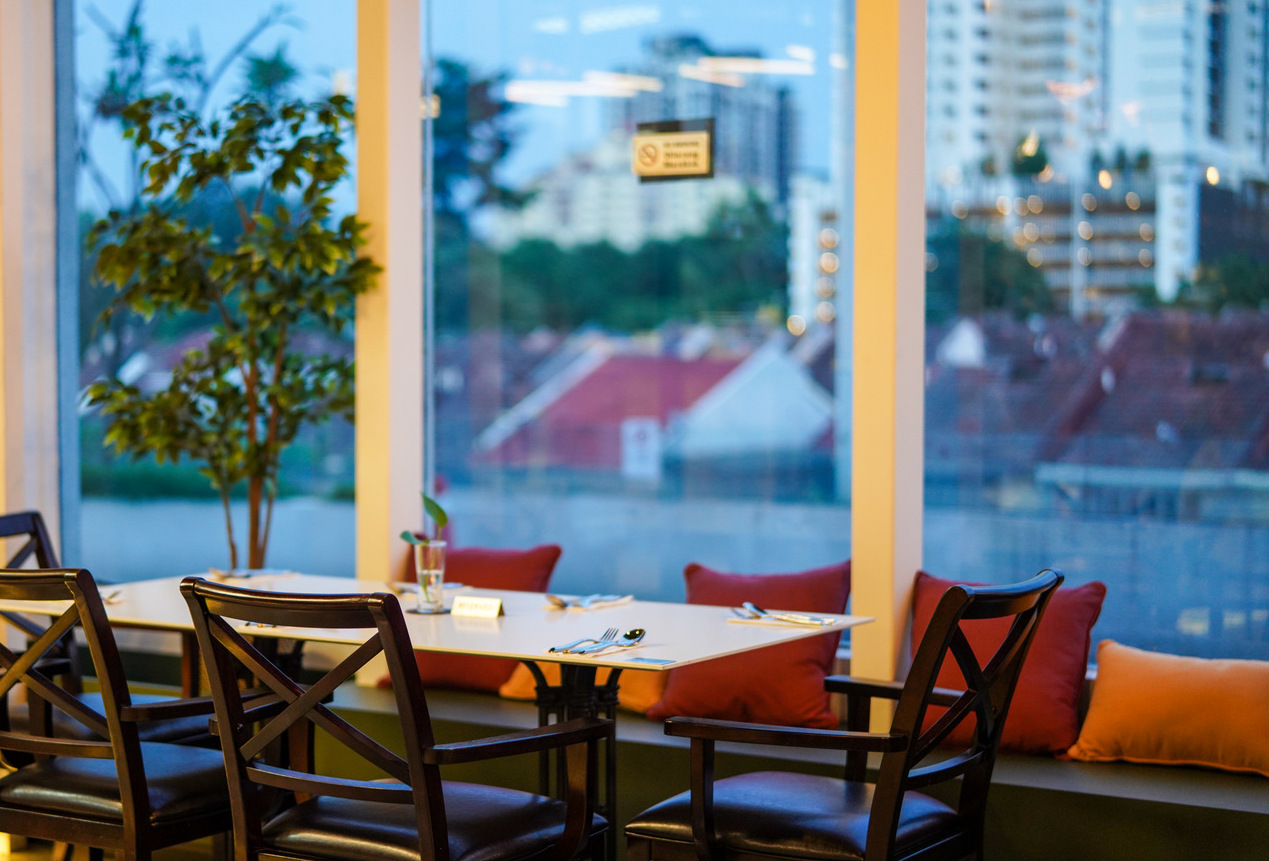 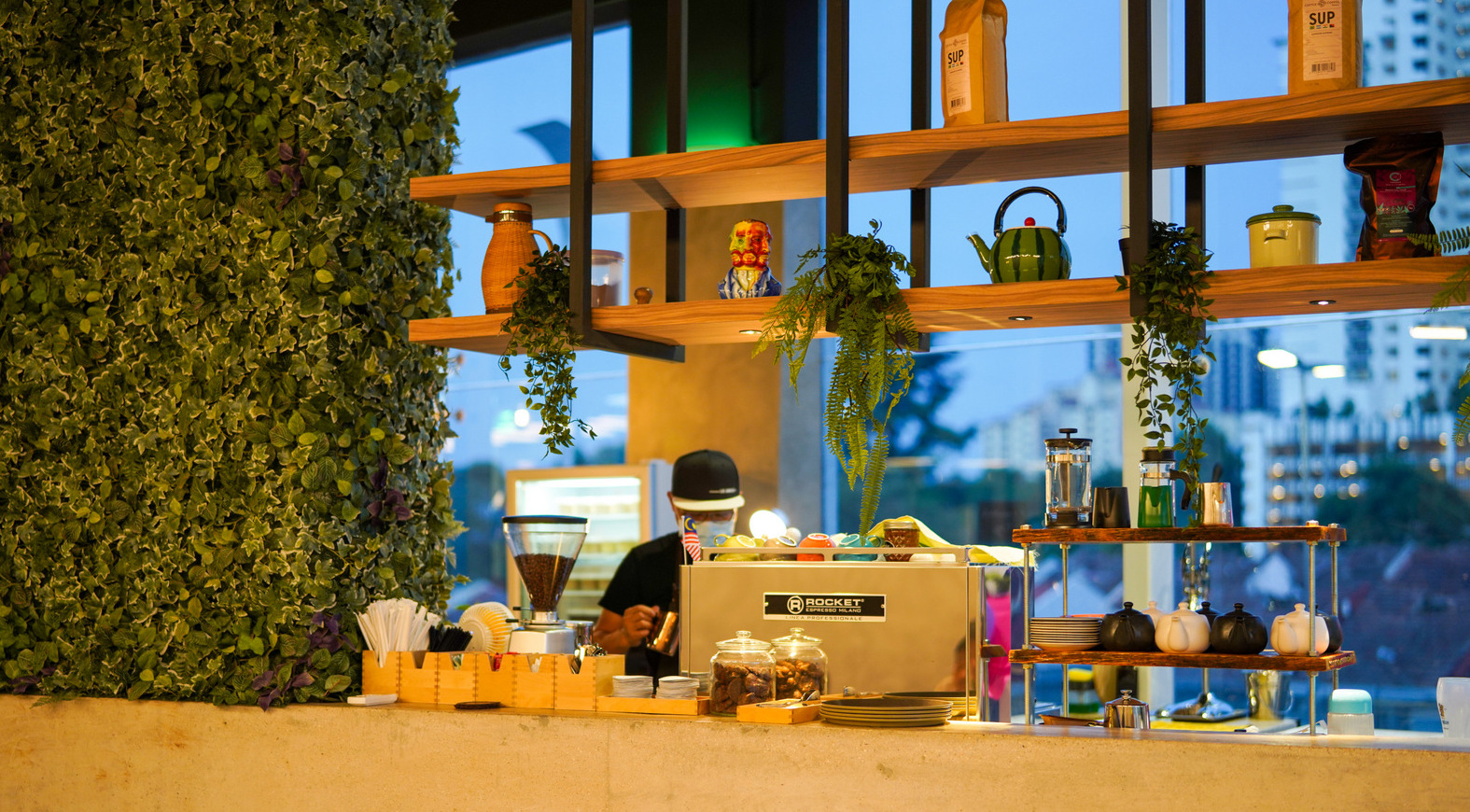 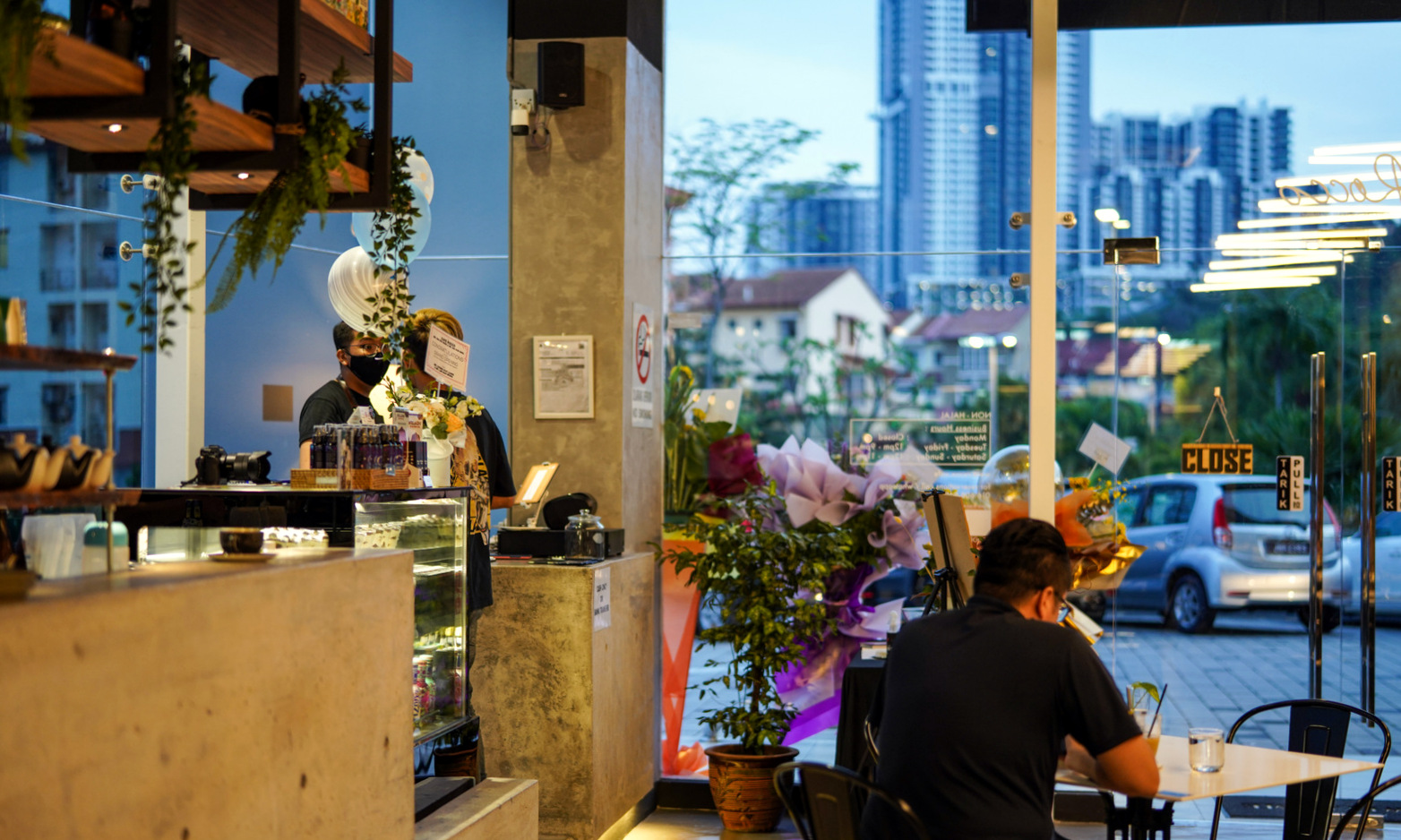 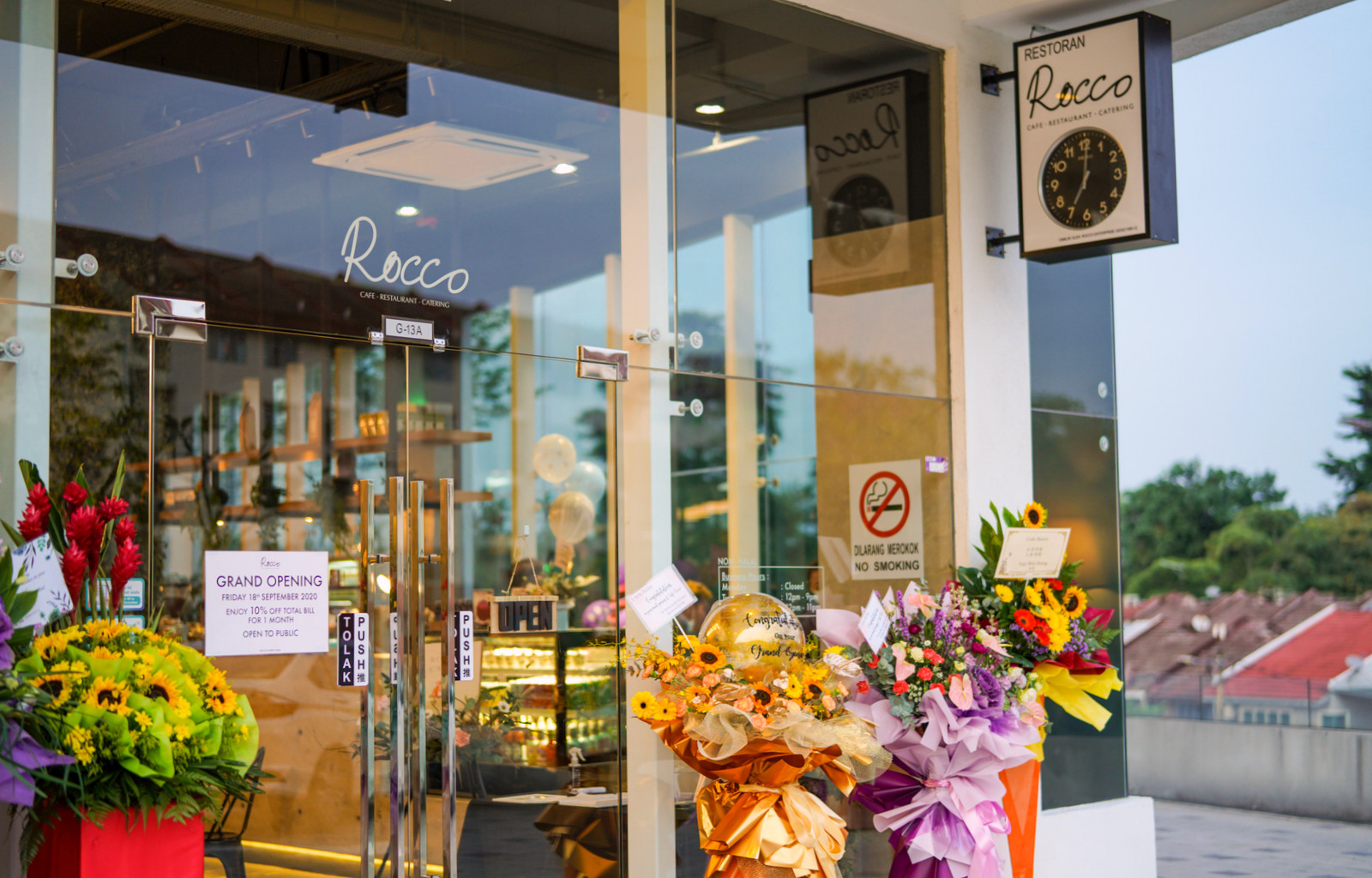