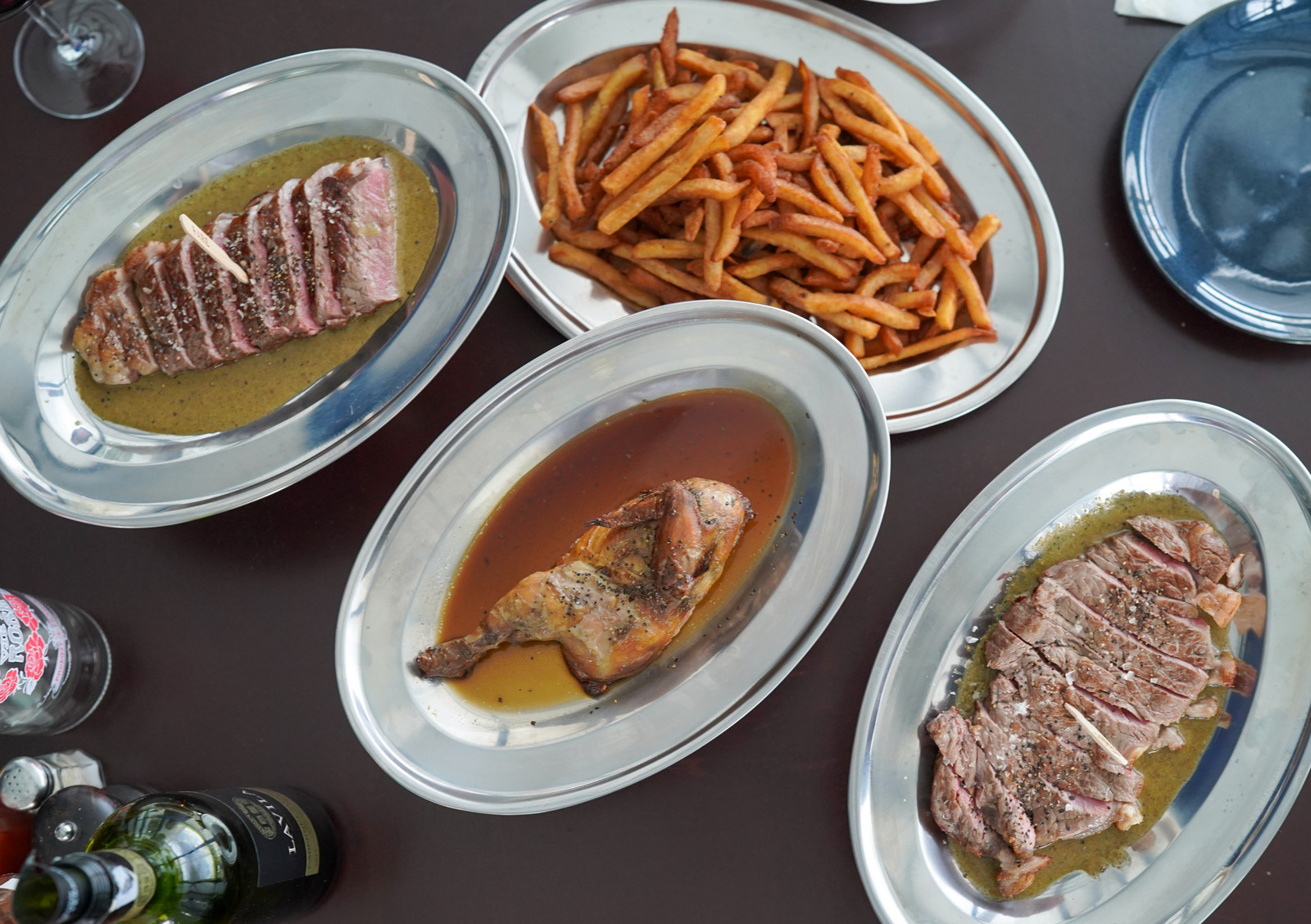 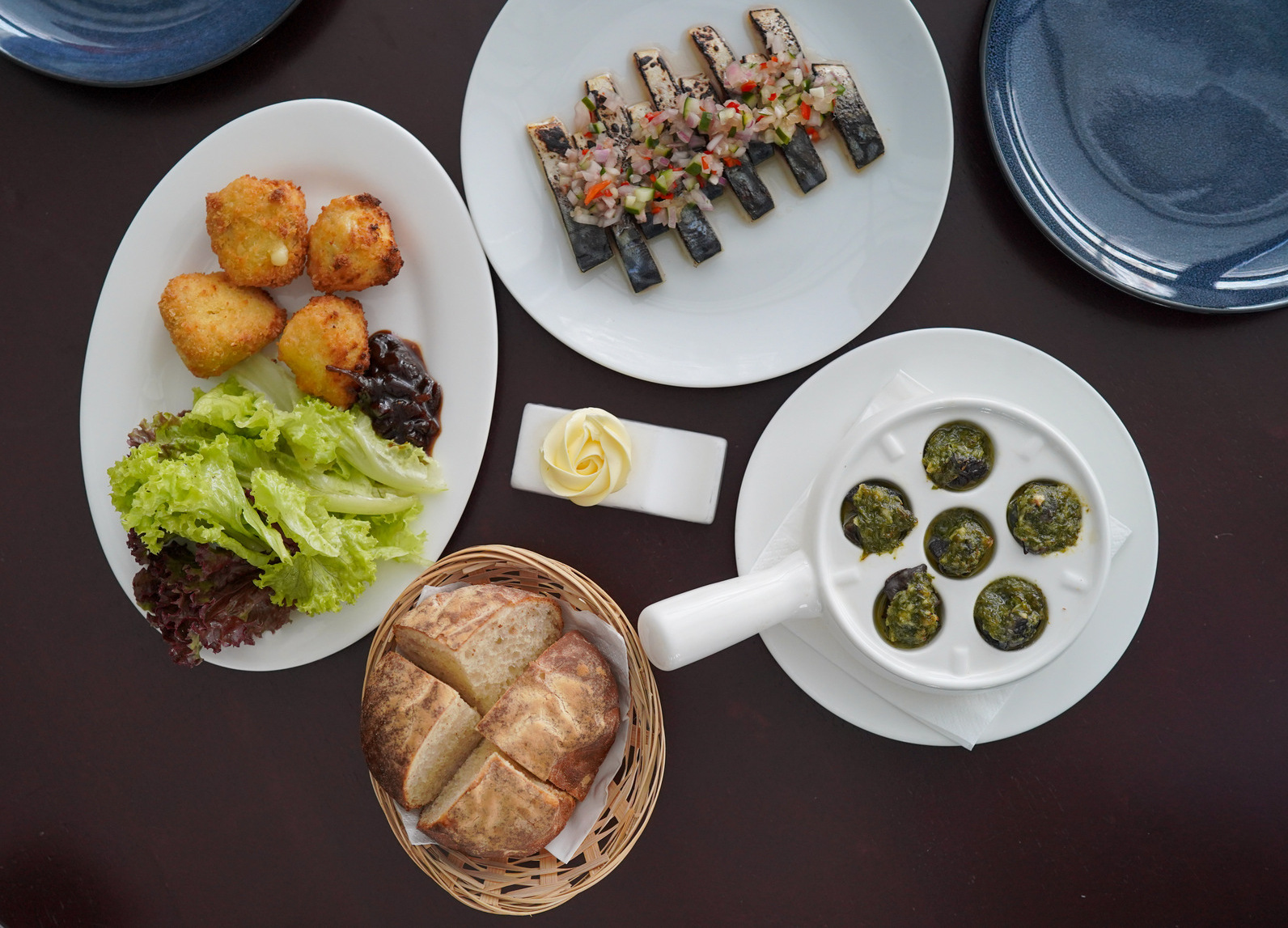 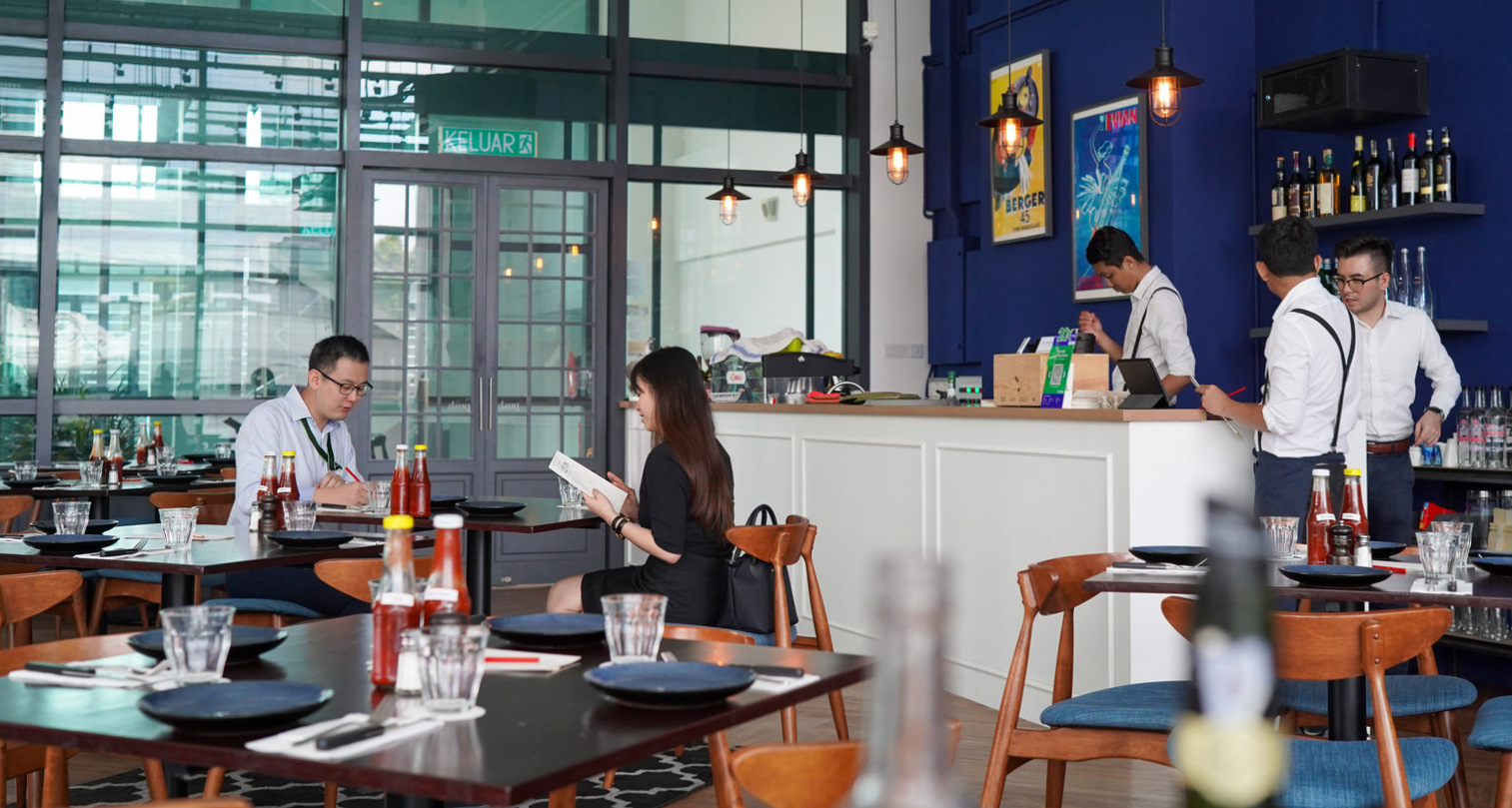 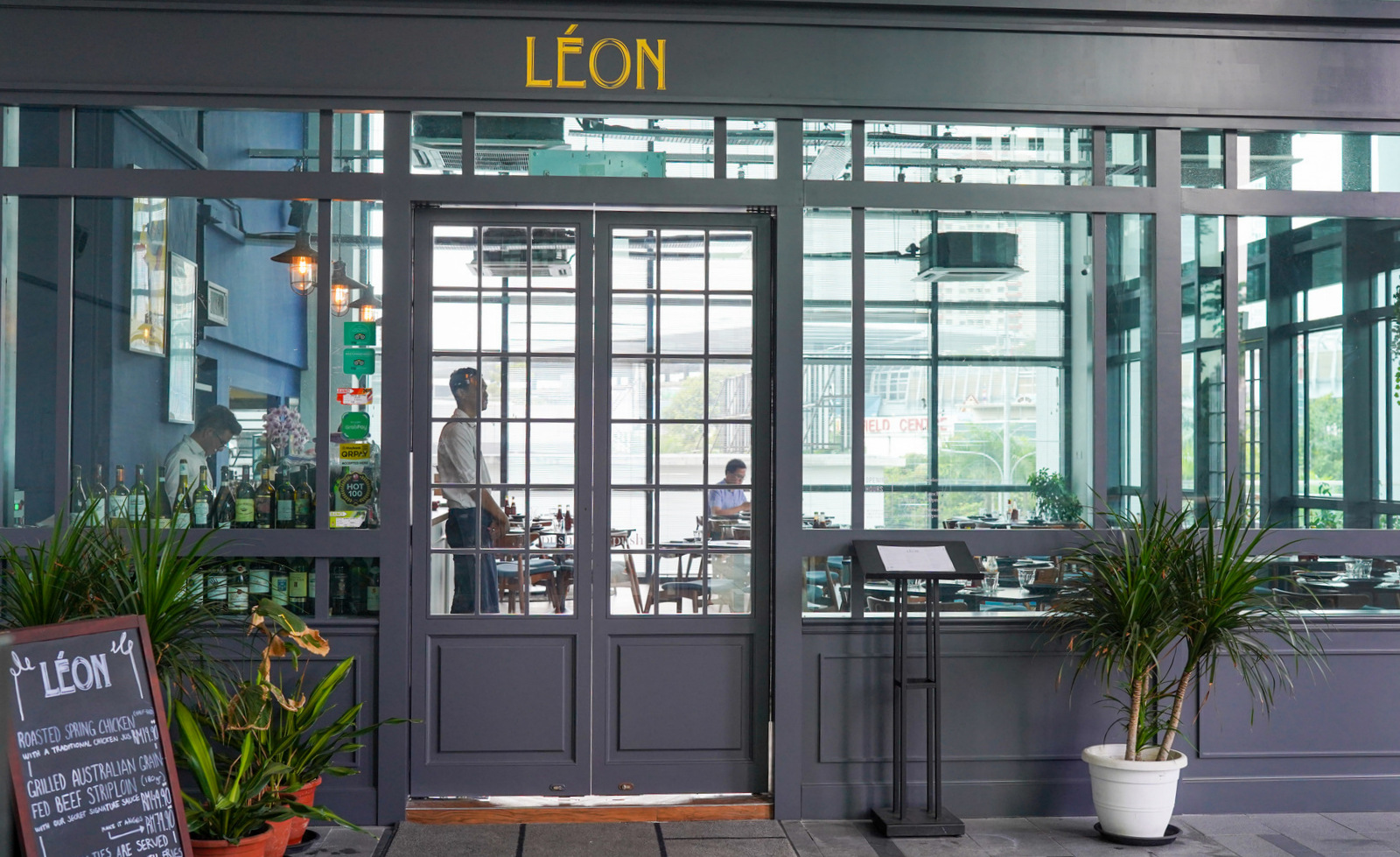 Léon is a brasserie boiled down to its basics, specialising in steak-frites (steak partnered with fries) in the tradition of Parisian and Genevan institution L'Entrecôte. It's a fresh approach to what a French restaurant can be in KL, focusing on a single dish done delightfully, helmed by the Gallic and Swiss-trained team that formerly ran Cocott', a more elaborate European eatery, in this same location. Léon is a nod to its co-founders' heritage - it's the name of manager Rui-Yang Monico's grandfather, while chef Geoffroi Herin, who was raised in the somewhat similarly pronounced Lyon, remains the kitchen's ringleader. 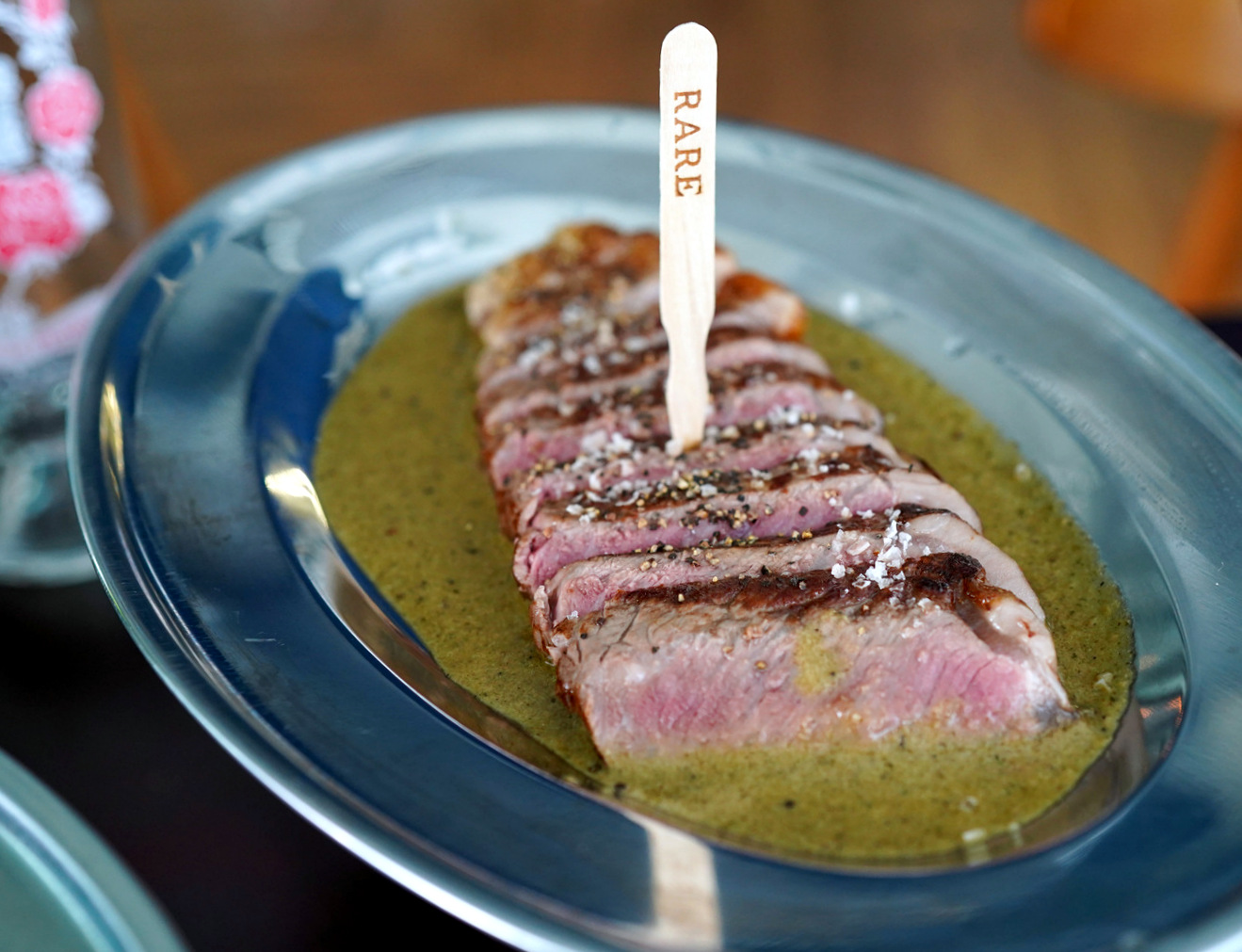 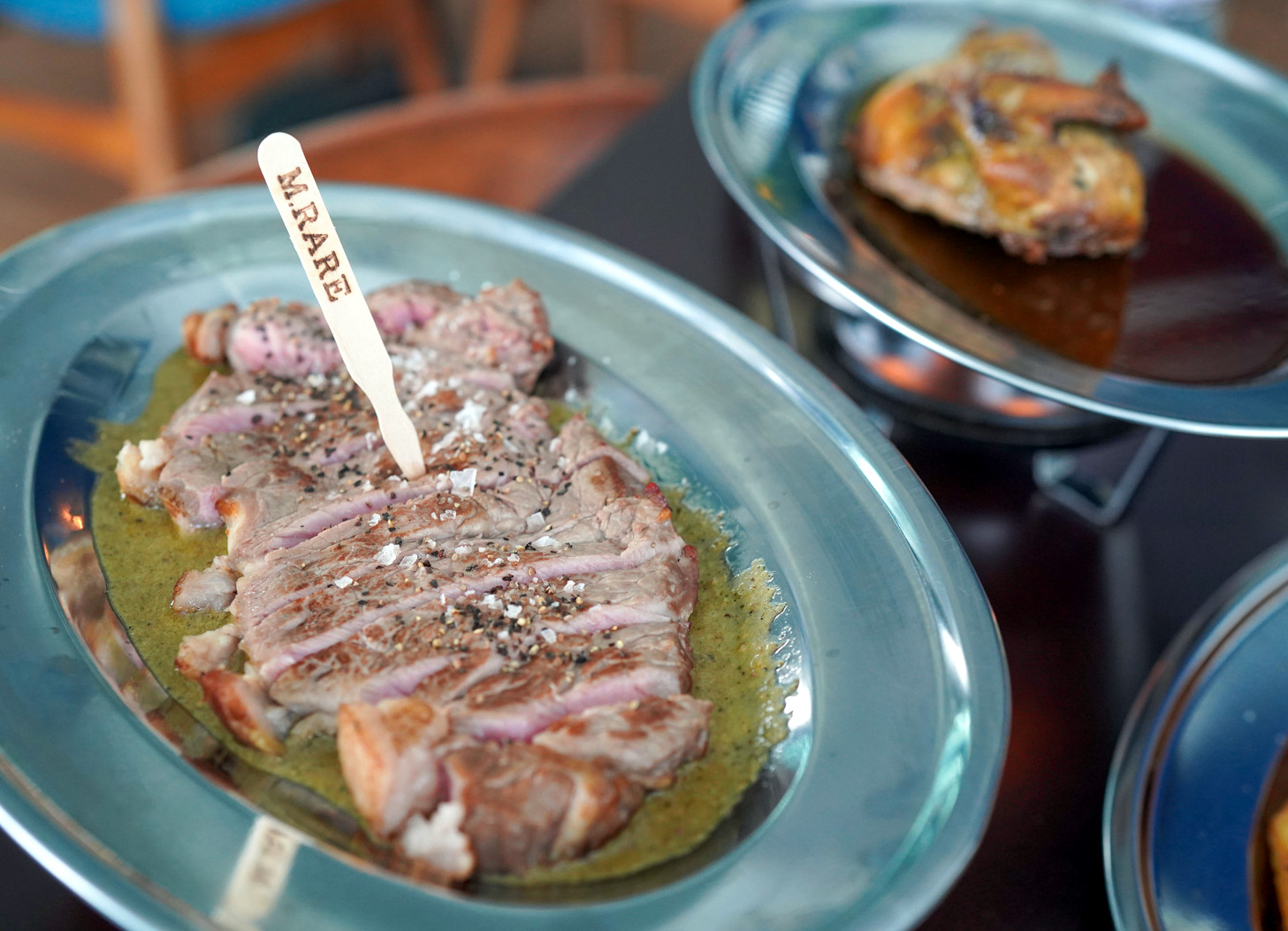 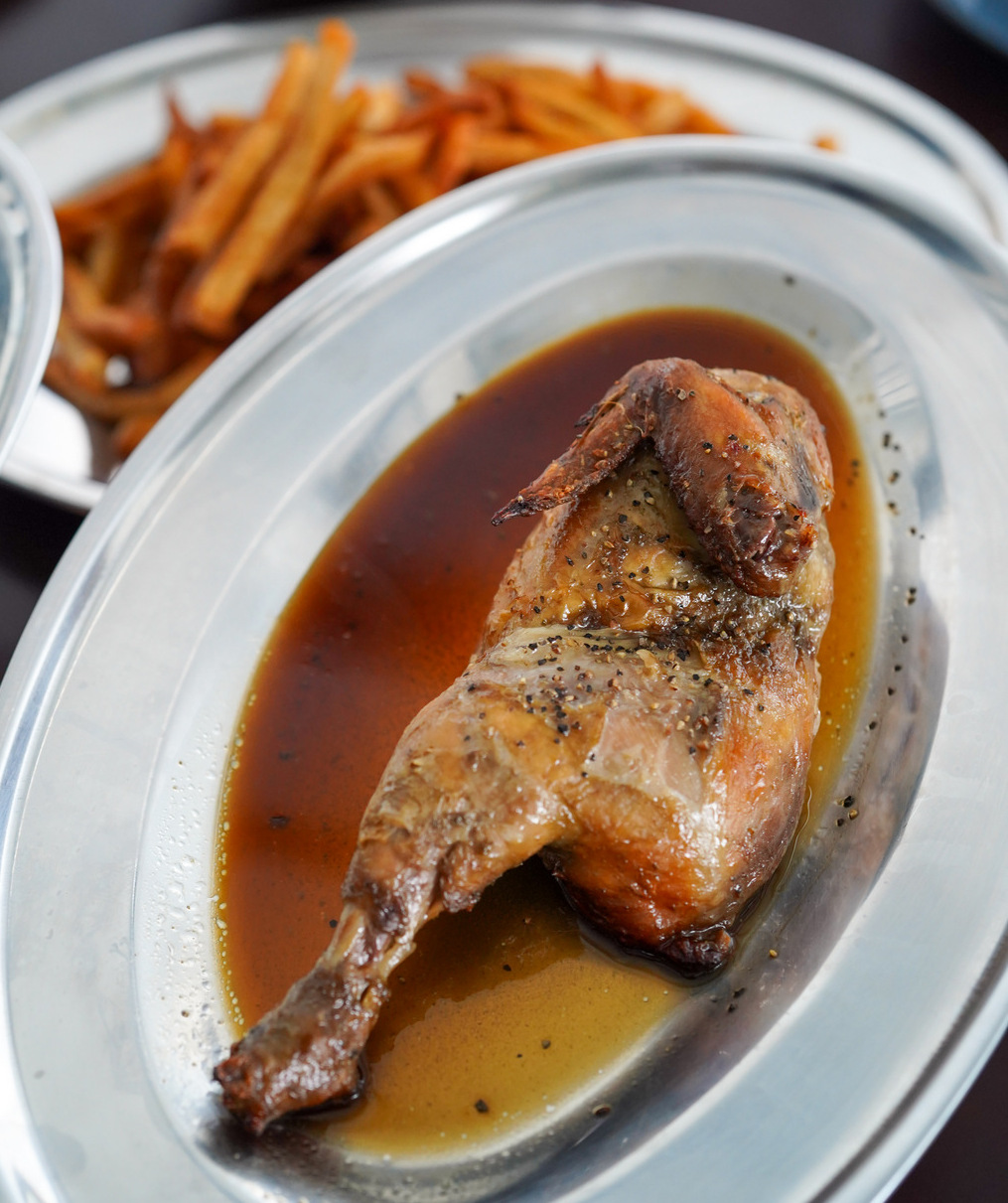 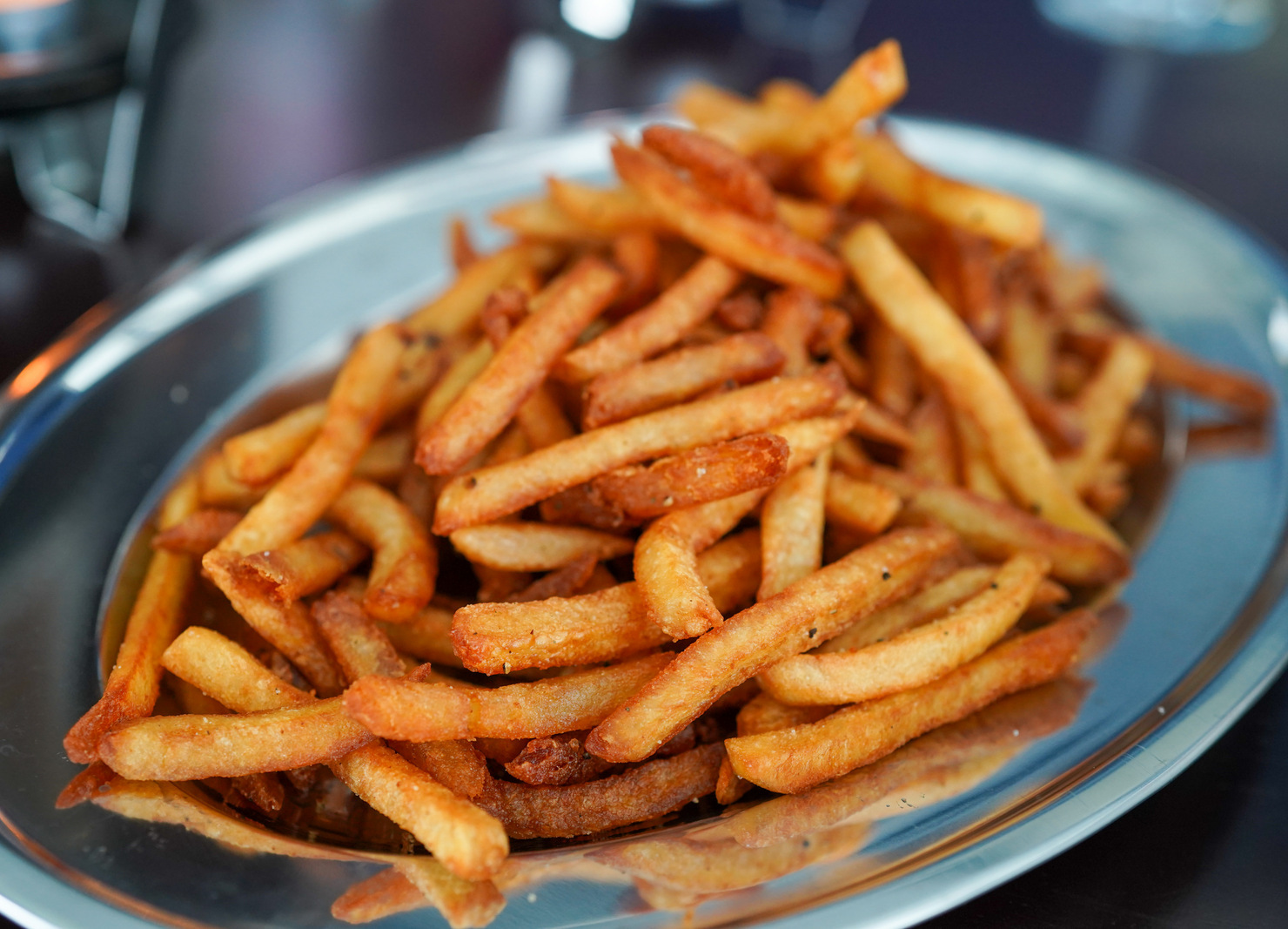 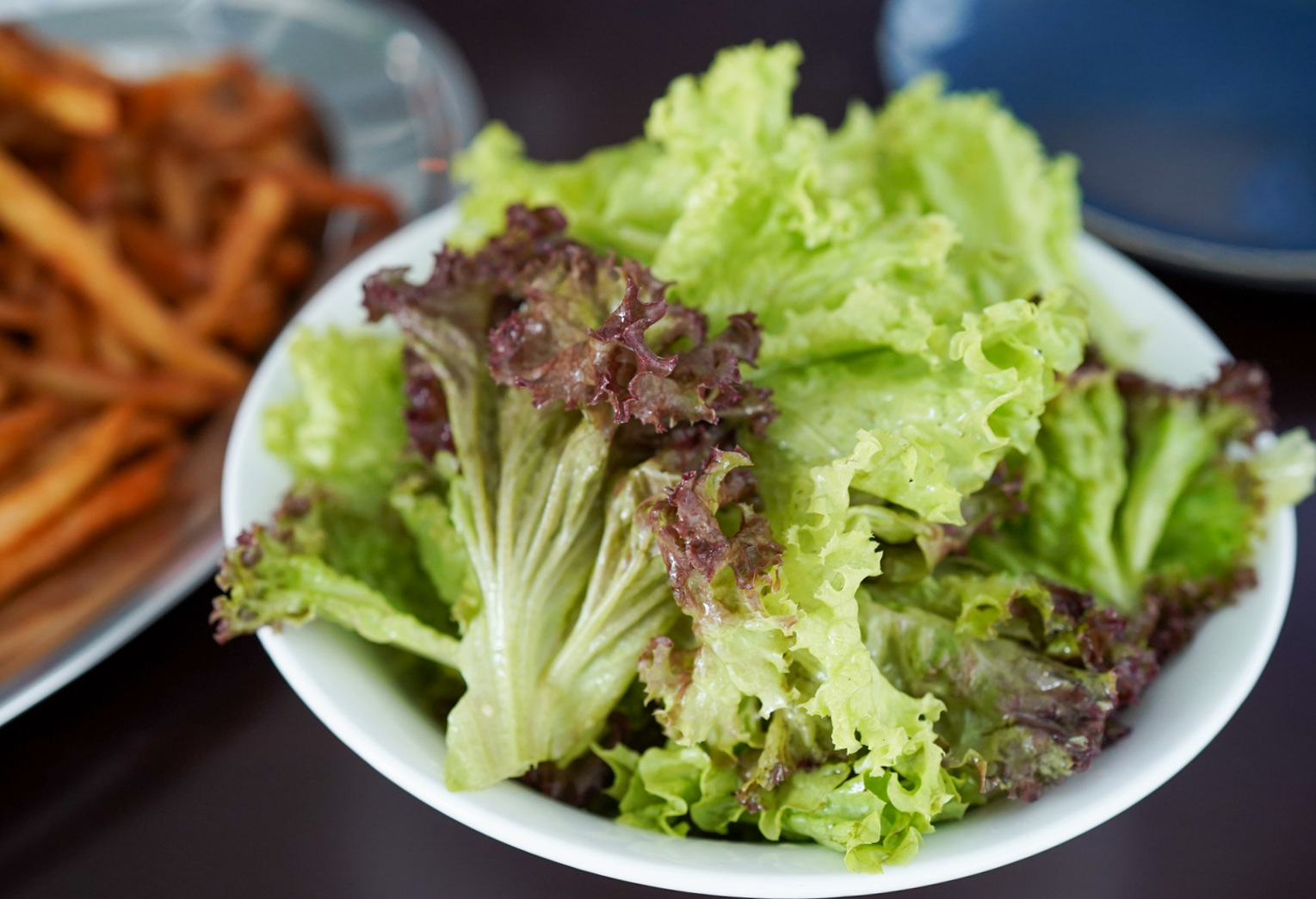 Grilled Australian grain-fed beef striploins are the cornerstone of the menu, served in 180-gram portions according to your specific preference that you can tick while ordering on the one-page paper menu (rare, medium-rare, medium, medium-well or well-done), rounded out with Léon's signature sauce, house-made French fries and a green salad.

You have a choice of Angus (RM79.90) or regular beef (RM49.90) - we relished the former rare and the latter medium-rare; both furnished a satisfyingly full-bodied balance between a tender bite and a robust chew, with a rich depth of flavour that showcased meat that's aged and seasoned just right. The Angus might be persuasively smoother, but either one is more than enjoyable, prepared to a precision that many steak acolytes will respect.

What makes these distinctive nonetheless amid KL's swarm of steakhouses are the accompaniments - the herb-and-butter sauce is delicious even on its own, accentuating the beef's primal pleasure with a dose of lusty decadence, with secret ingredients like chicken liver - it's a sauce that Léon's founders managed to compare in a taste test with their Genevan inspiration, with positive, promising results.

These are no typical French fries either - like the sauce, the potatoes offer their own memorable character, with a crispness that's absolutely addictive (we polished off the entire plate of carbs). The salad might seem even simpler but it's lively and tasty; the dressing is still  a work in progress but currently illustrates buoyantly surprising Asian nuances.

If you don't consume beef, Léon's roasted spring chicken (RM19.90 for a half-bird with all the accoutrements) merits the visit too, fowl that's fleshy and flavoursome, gently smoky and gorgeously succulent, completed with classic savoury chicken jus that Mamé would also approve of. 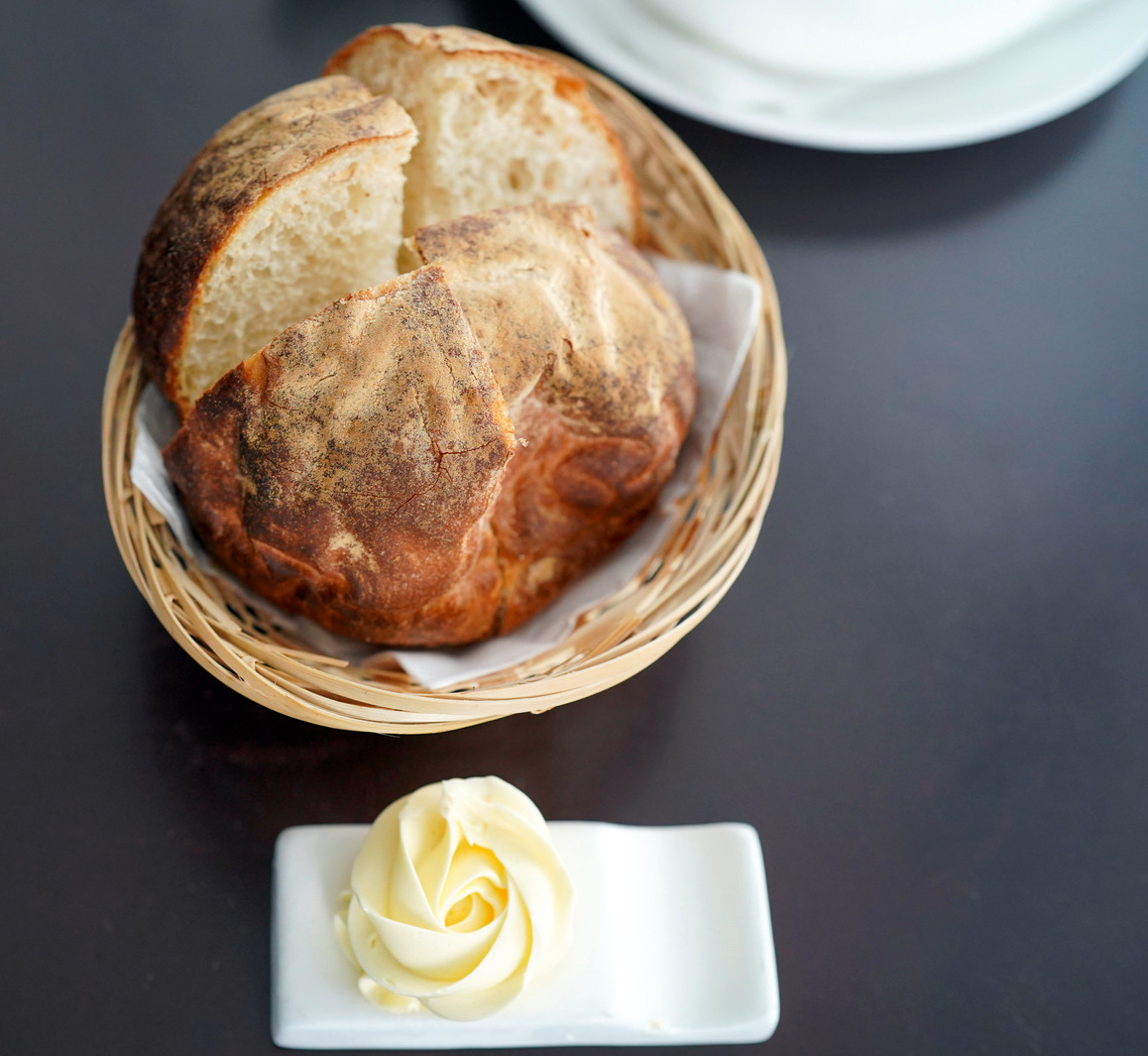 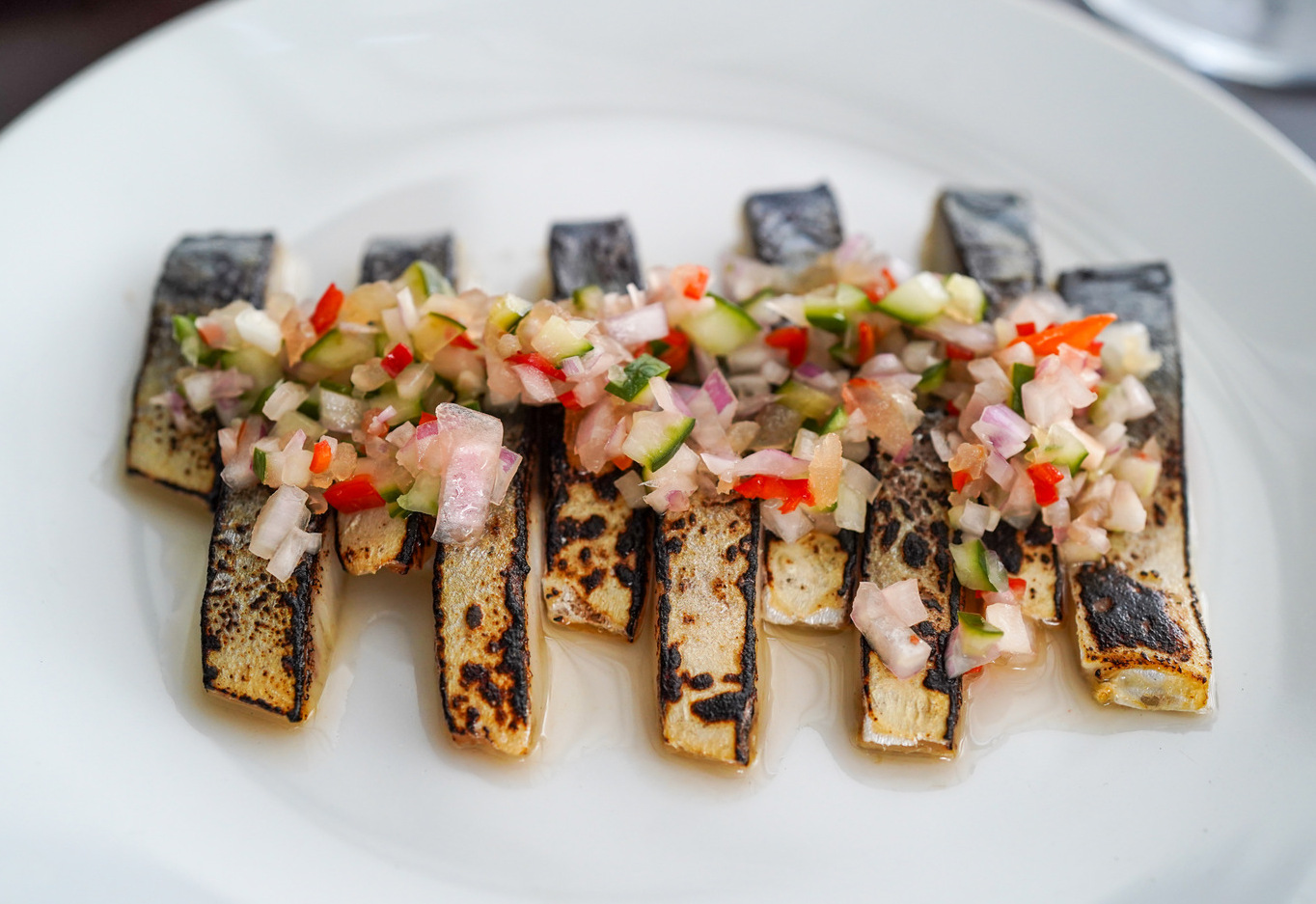 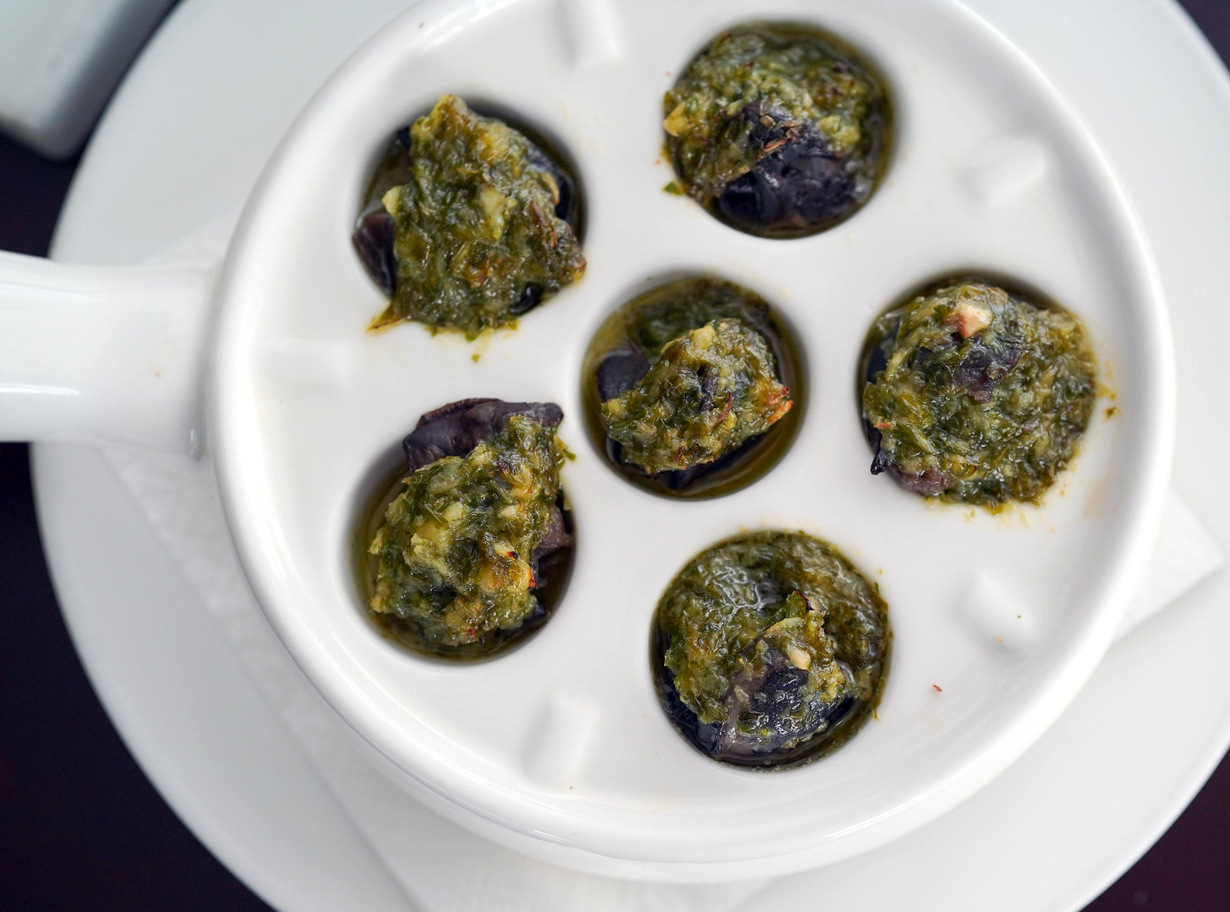 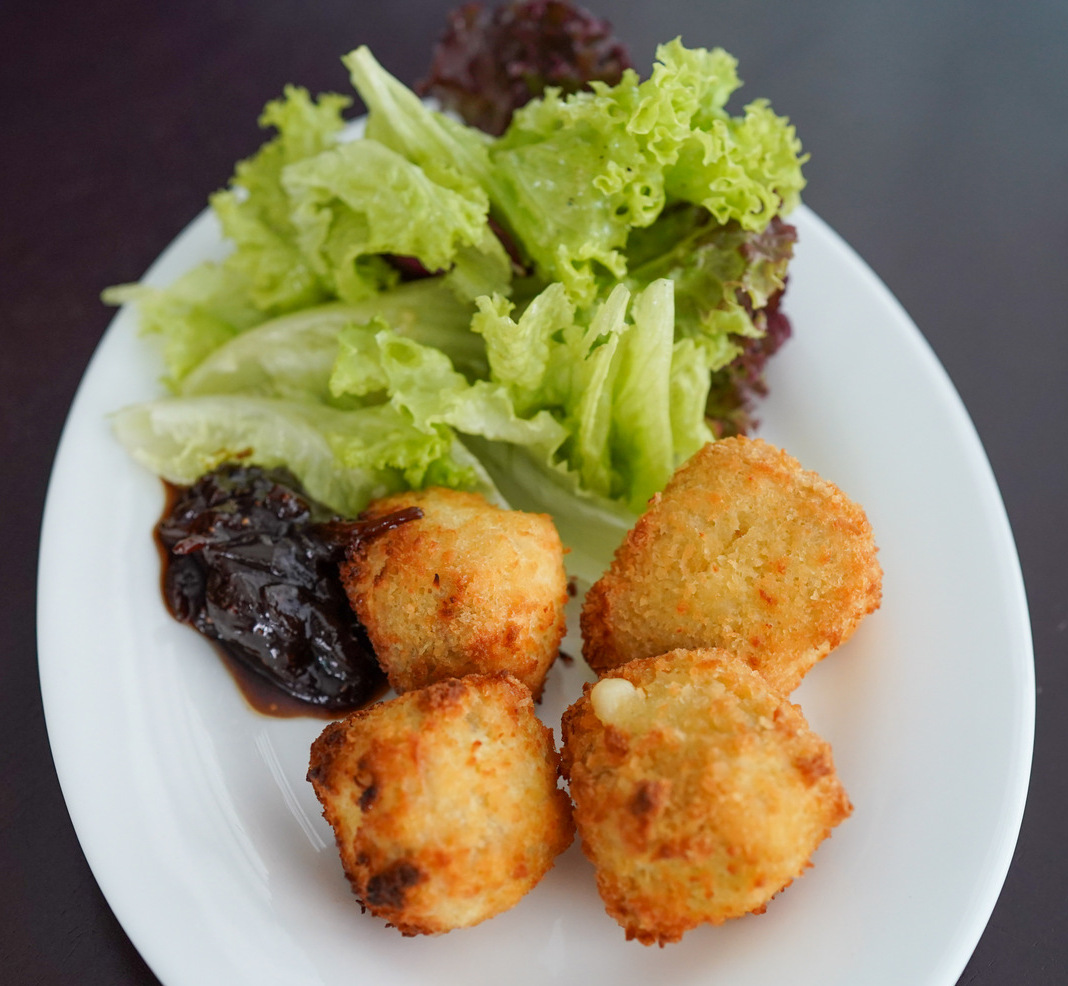 Beyond beef, several starters illustrate the crew's capabilities - house-baked bread with house-churned butter is the irresistible coupling of crunch and creaminess (RM5.90), paving the path for other offerings like flame-cured mackerel, chilled and uplifting with cucumber and shallot vinaigrette (RM13.90), escargots with garlic butter (RM16.90 for a half-dozen, served out of their shells) and deep-fried brie with red onion chutney (RM15.90; a cheesy treat to keep us occupied for now until Léon's team potentially revives its popular raclette nights someday) - all as authentically alluring as anything you might stumble on at, say, a bistro in Ax-les-Thermes. 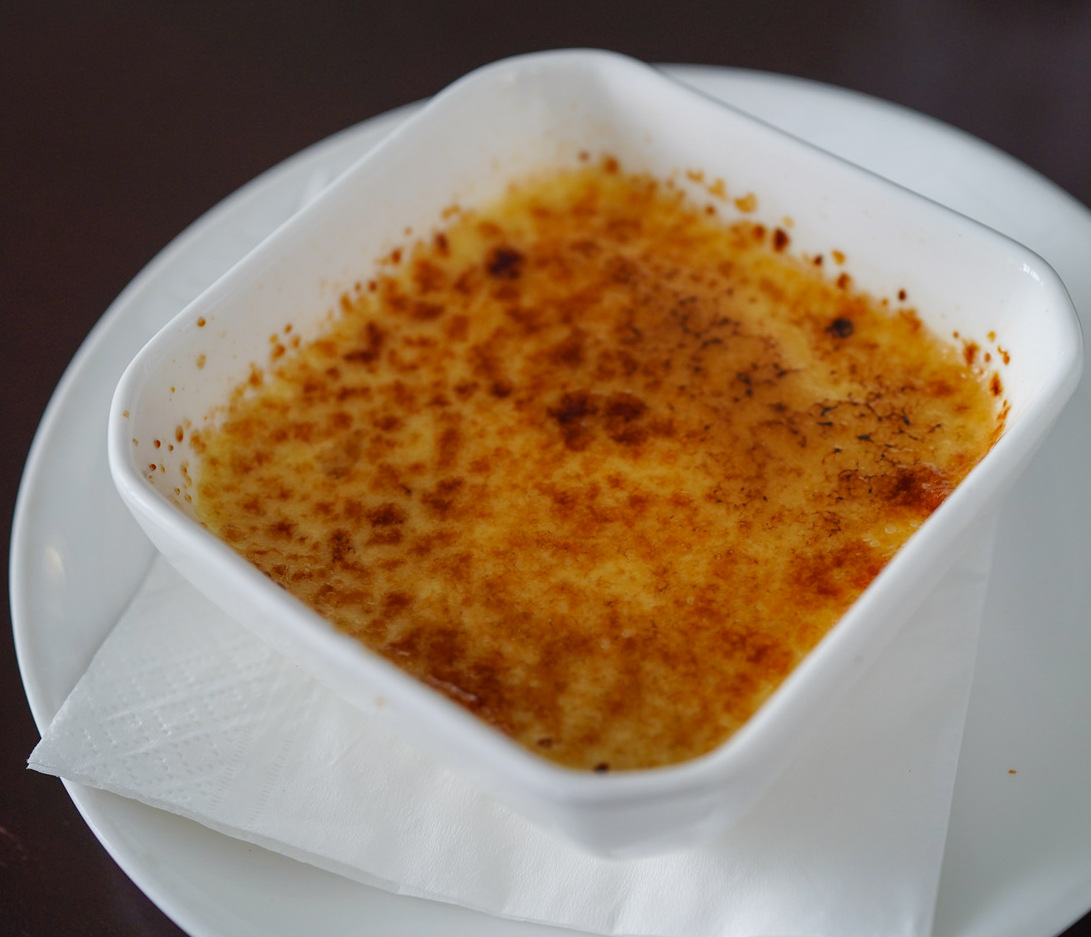 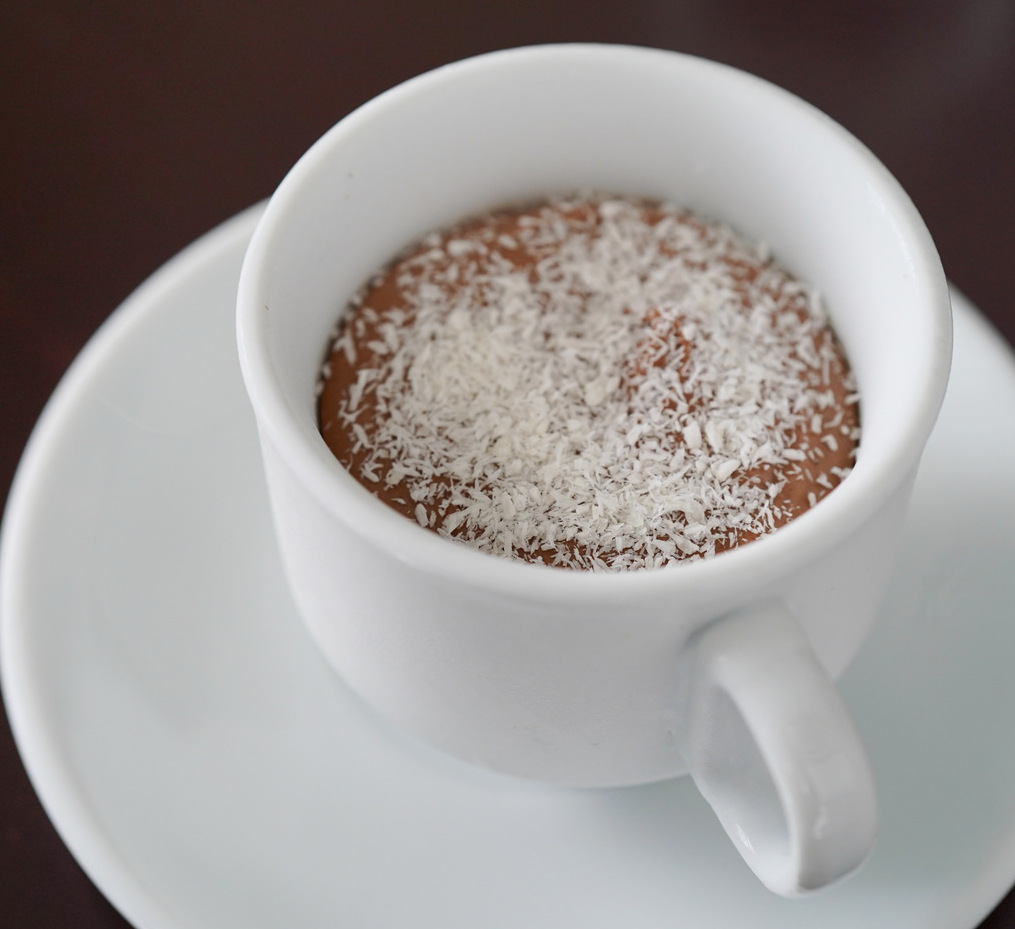 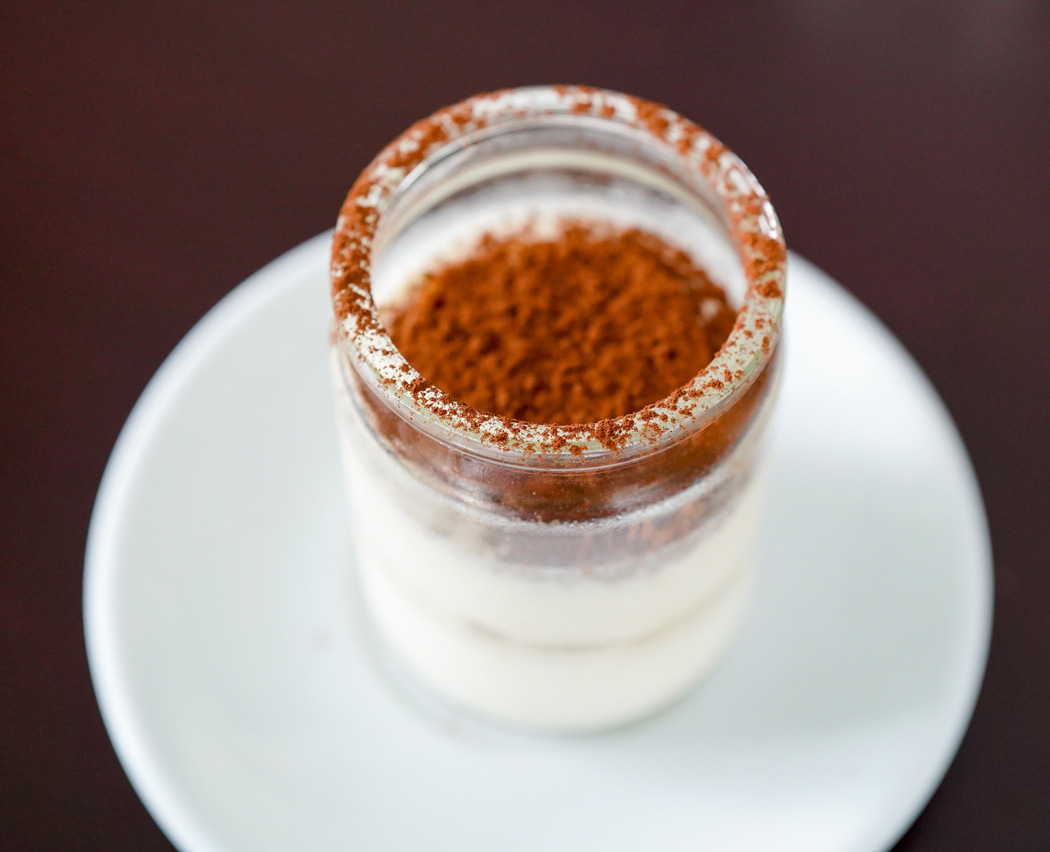 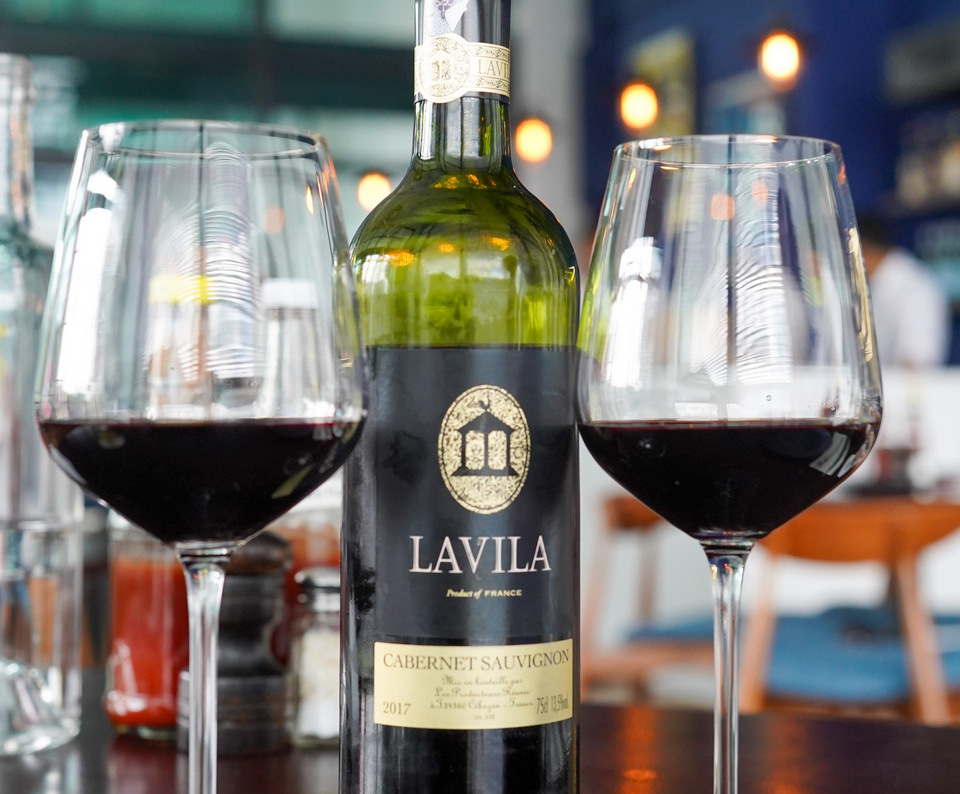 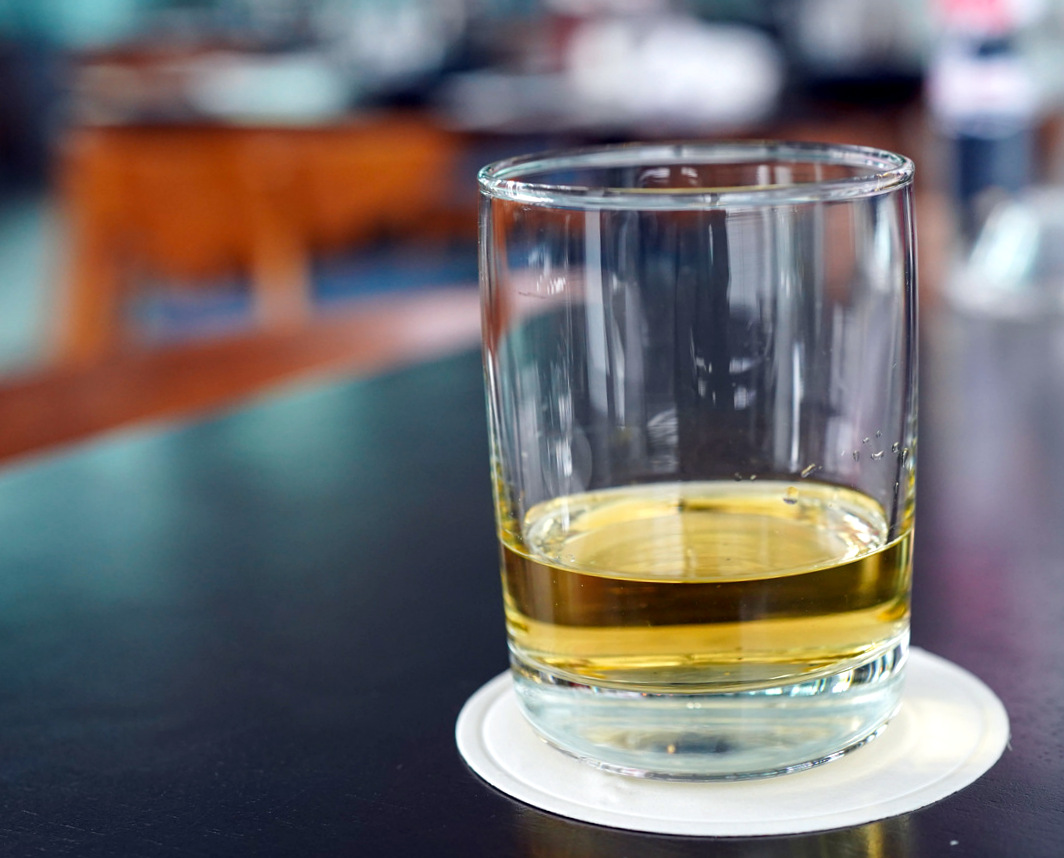 While quality is a standout, prices are also noteworthy - starters open at no more than RM16.90 each and desserts close at RM10.90, comprising vanilla-flavoured creme brulee (RM9.90), chocolate mousse made with 70 percent dark chocolate (RM10.90) and tiramisu with house-made espresso genoise in verrine-style glasses (RM10.90), testifying to Léon's mastery of time-honoured sweet temptations too. The French house wine clocks in just shy of a three-digit sum at RM99.90 per bottle, with Burgundy-aged Michel Couvreur whisky also beckoning from the liquor list (RM26.90 per glass), with the soulful sounds of Henri Salvador and Veronique Sanson playing on the restaurant's speakers.

All in all, Léon heralds a solid revamp and reincarnation of Cocott', worth discovering for both newcomers and fans of the former restaurant, as well as anyone who loves French restaurants or simply some lip-smacking steak and fries. Many thanks to the team here for having us. 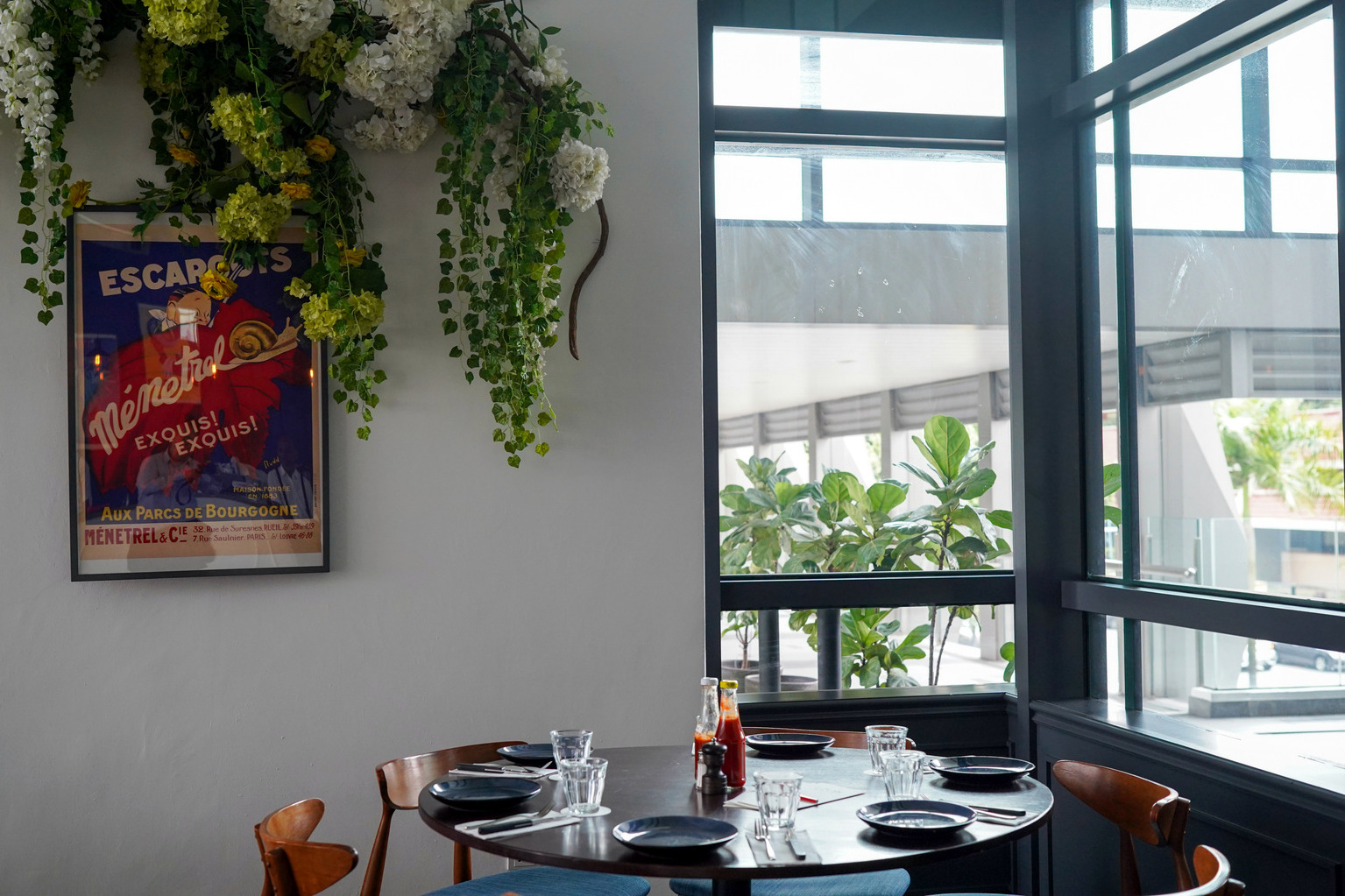 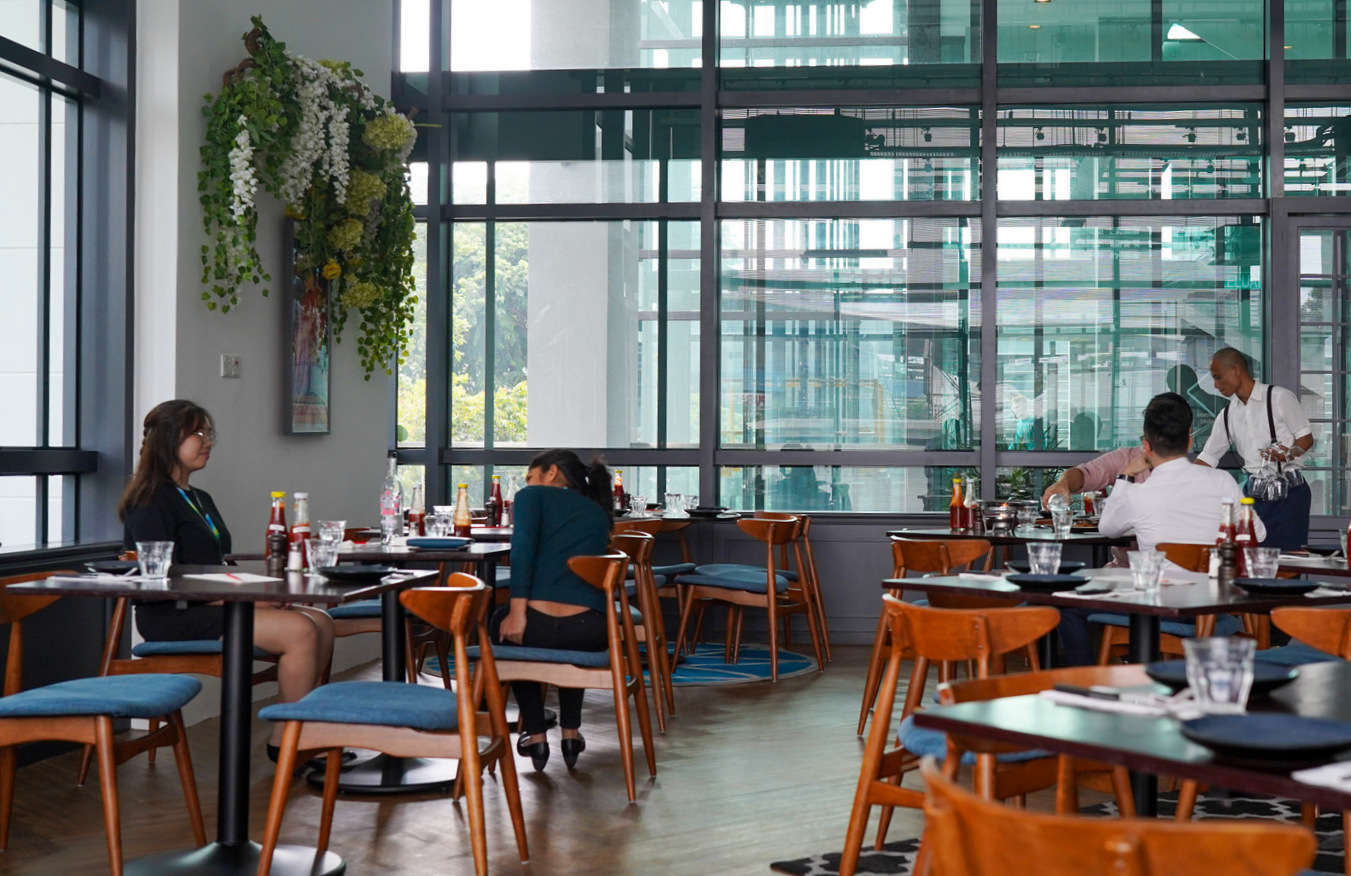 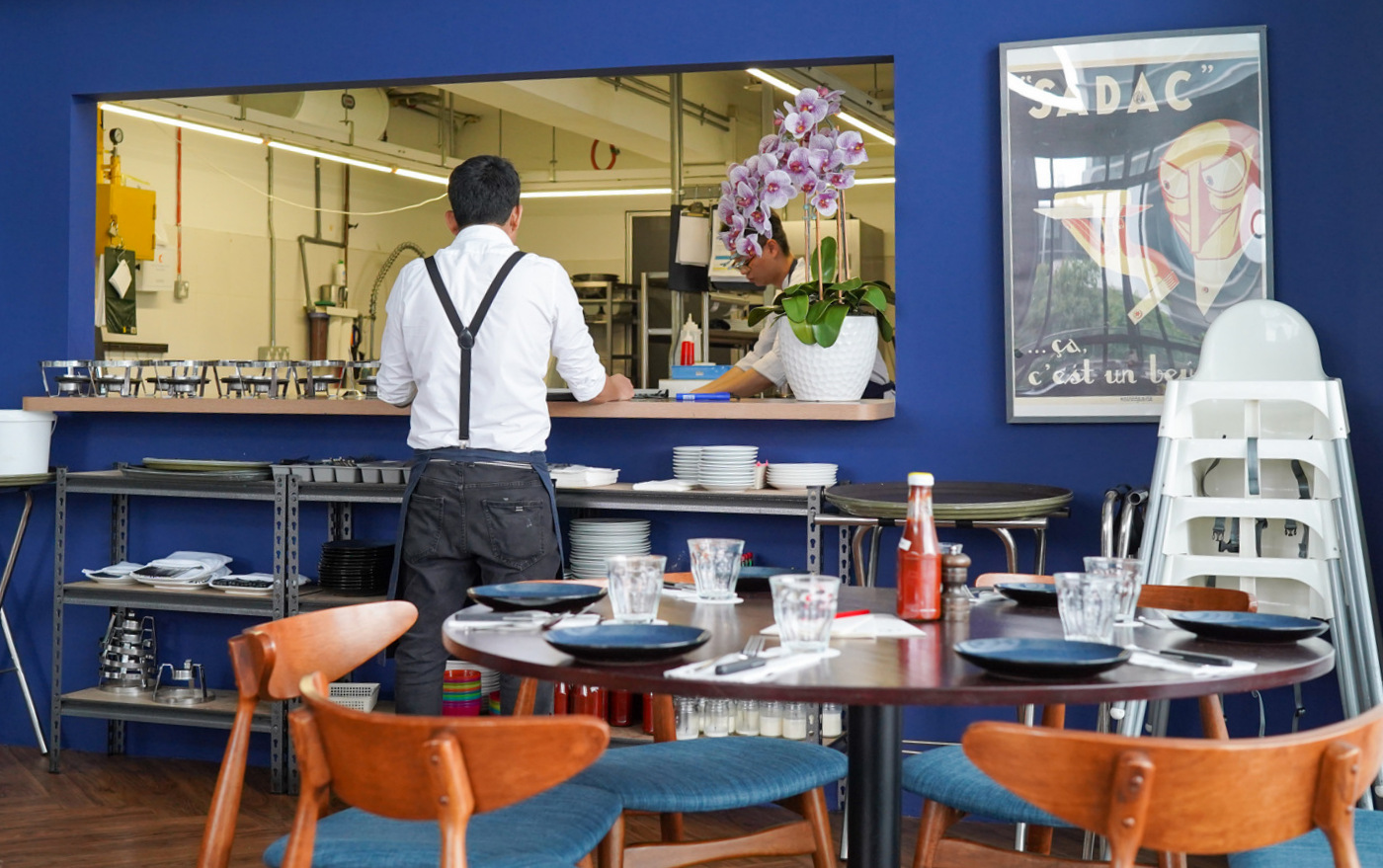 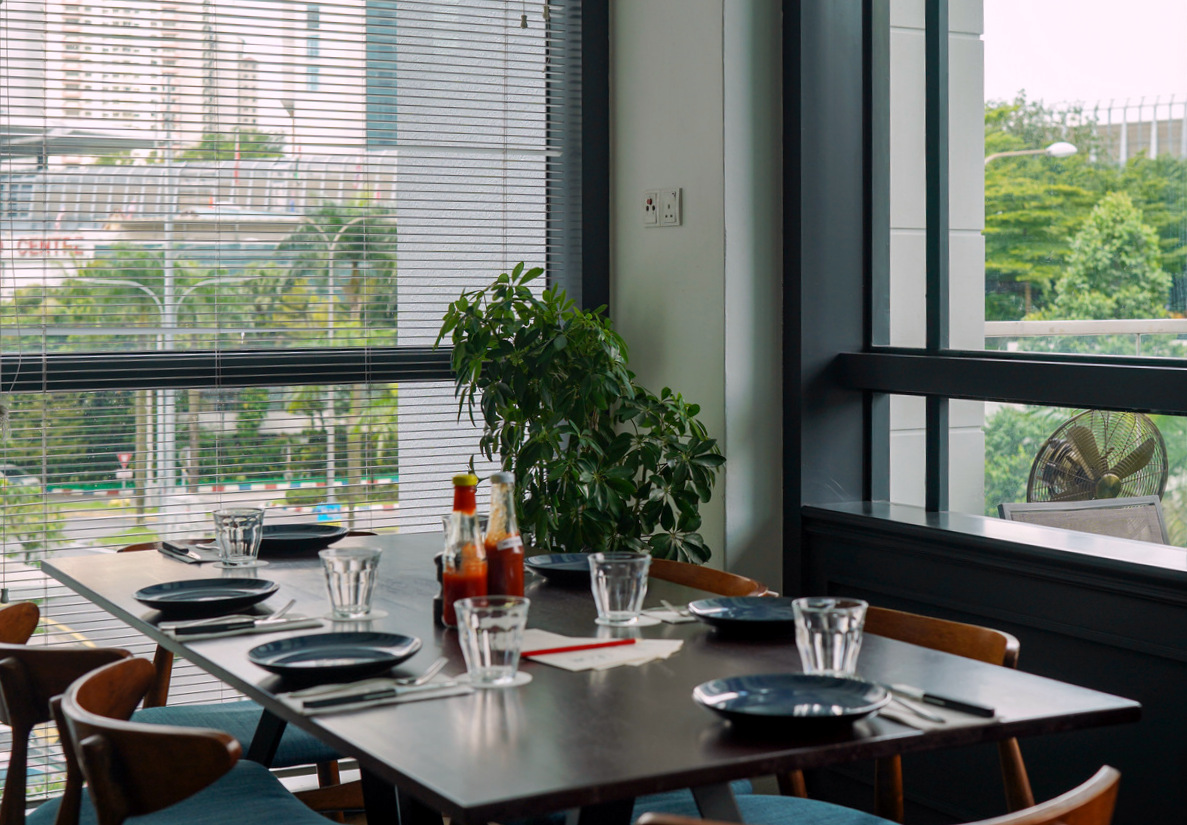 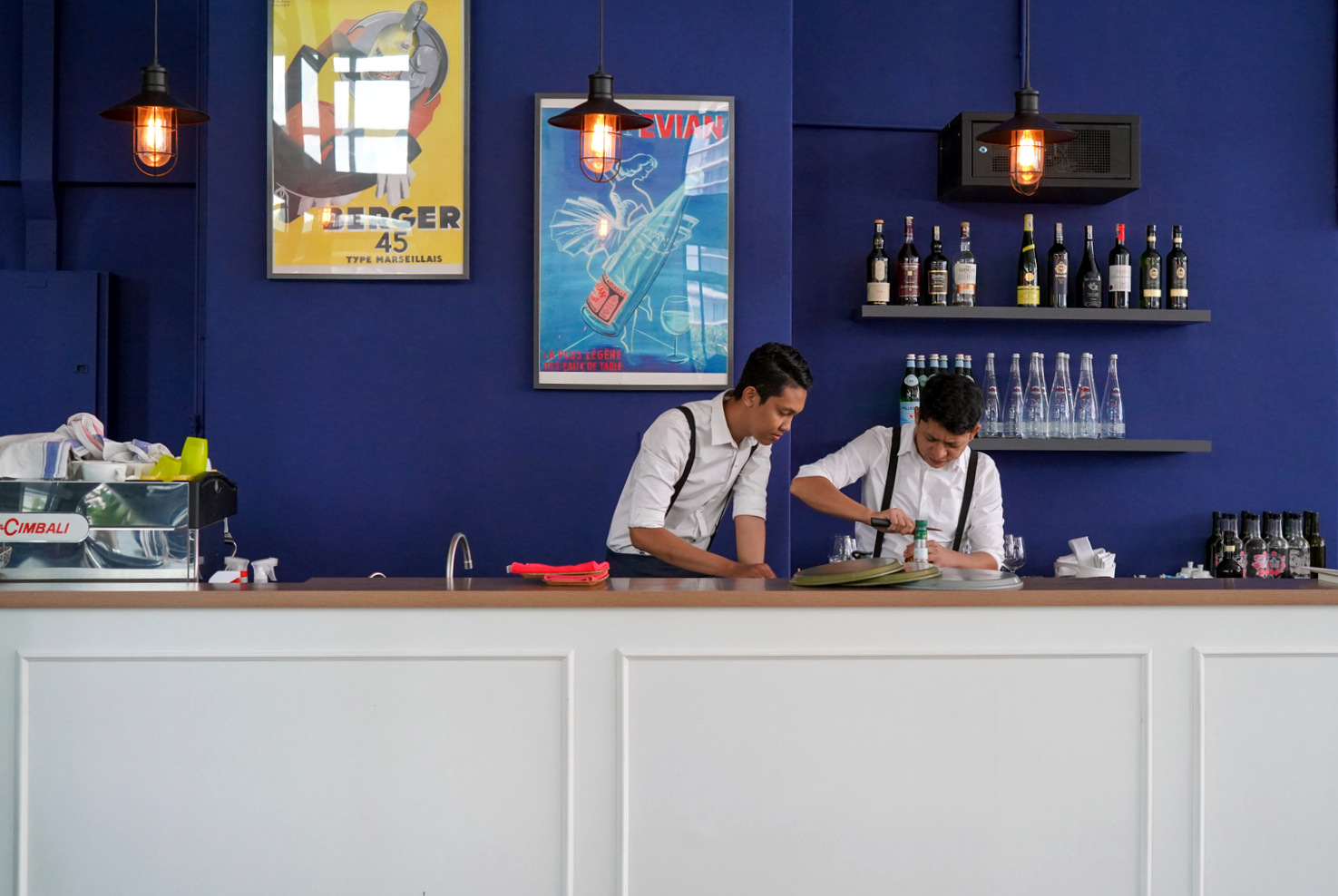 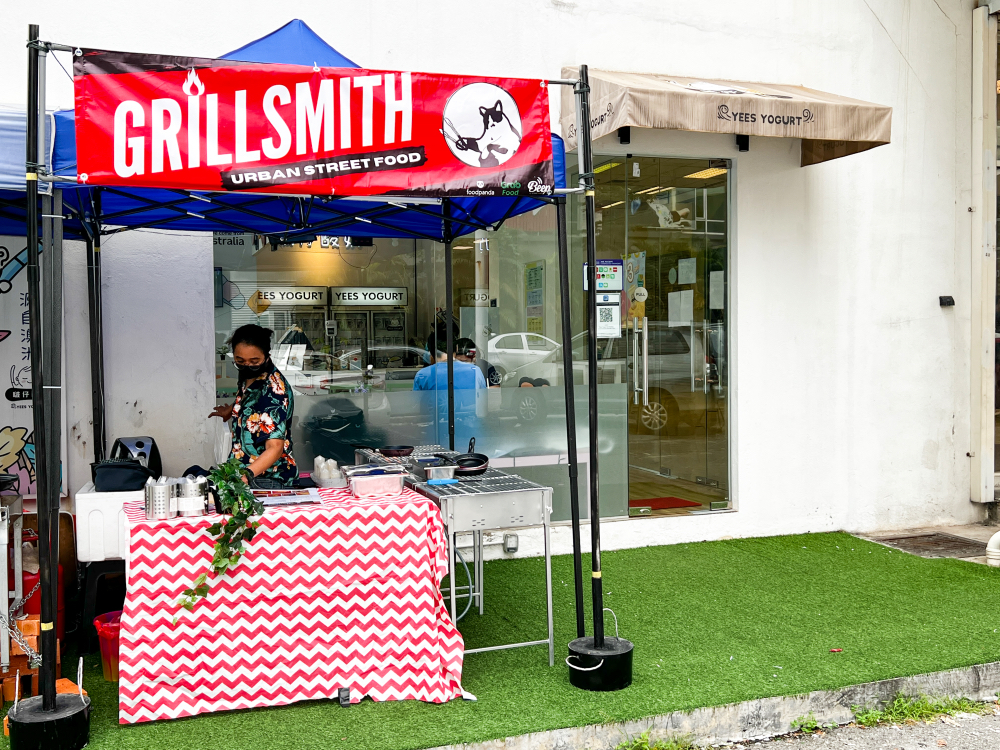 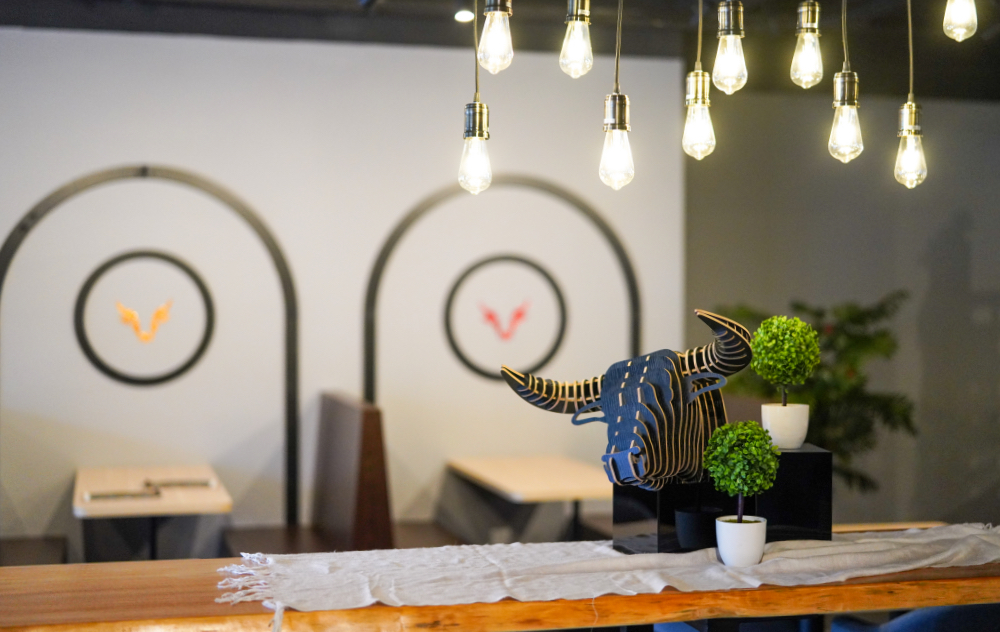