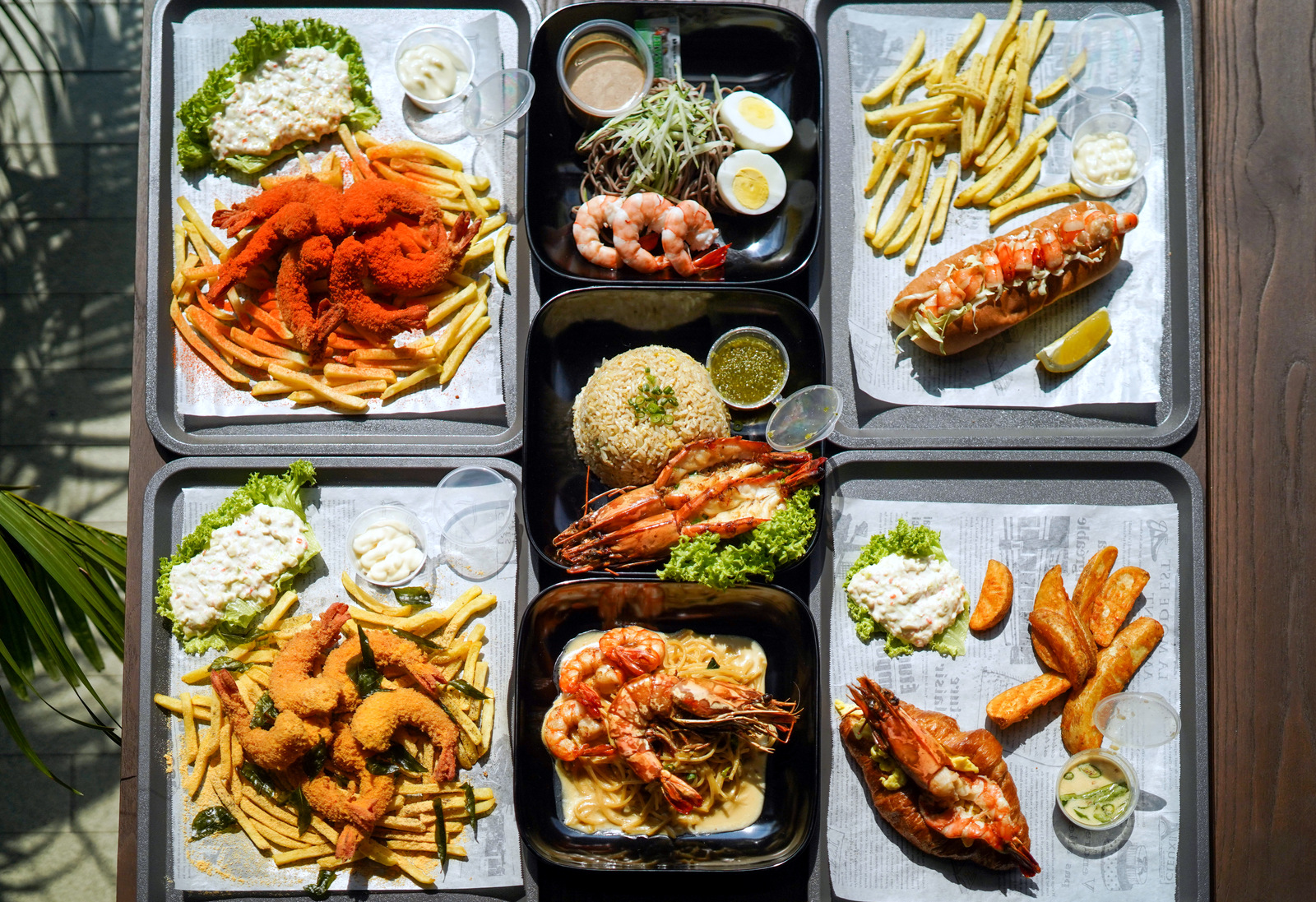 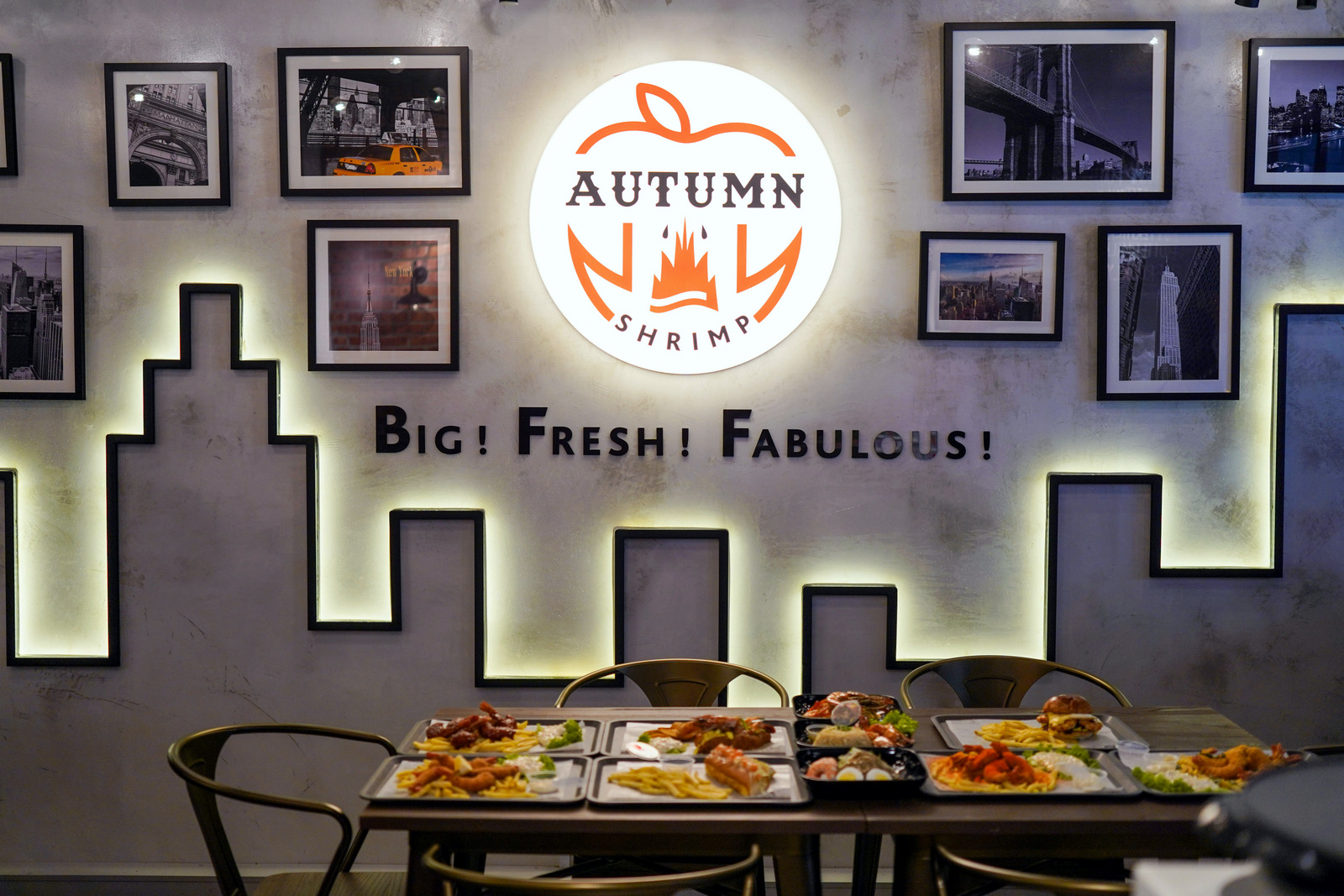 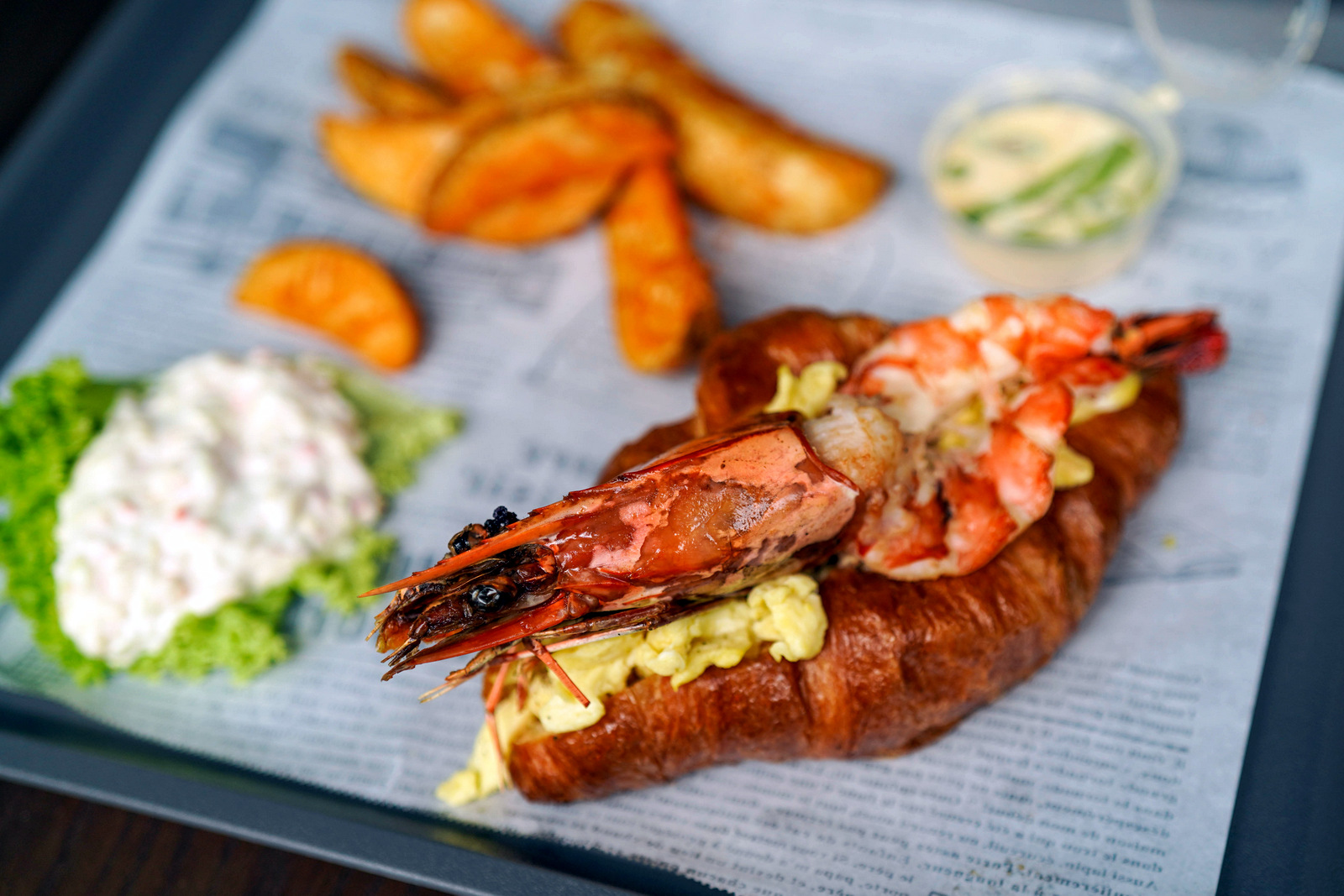 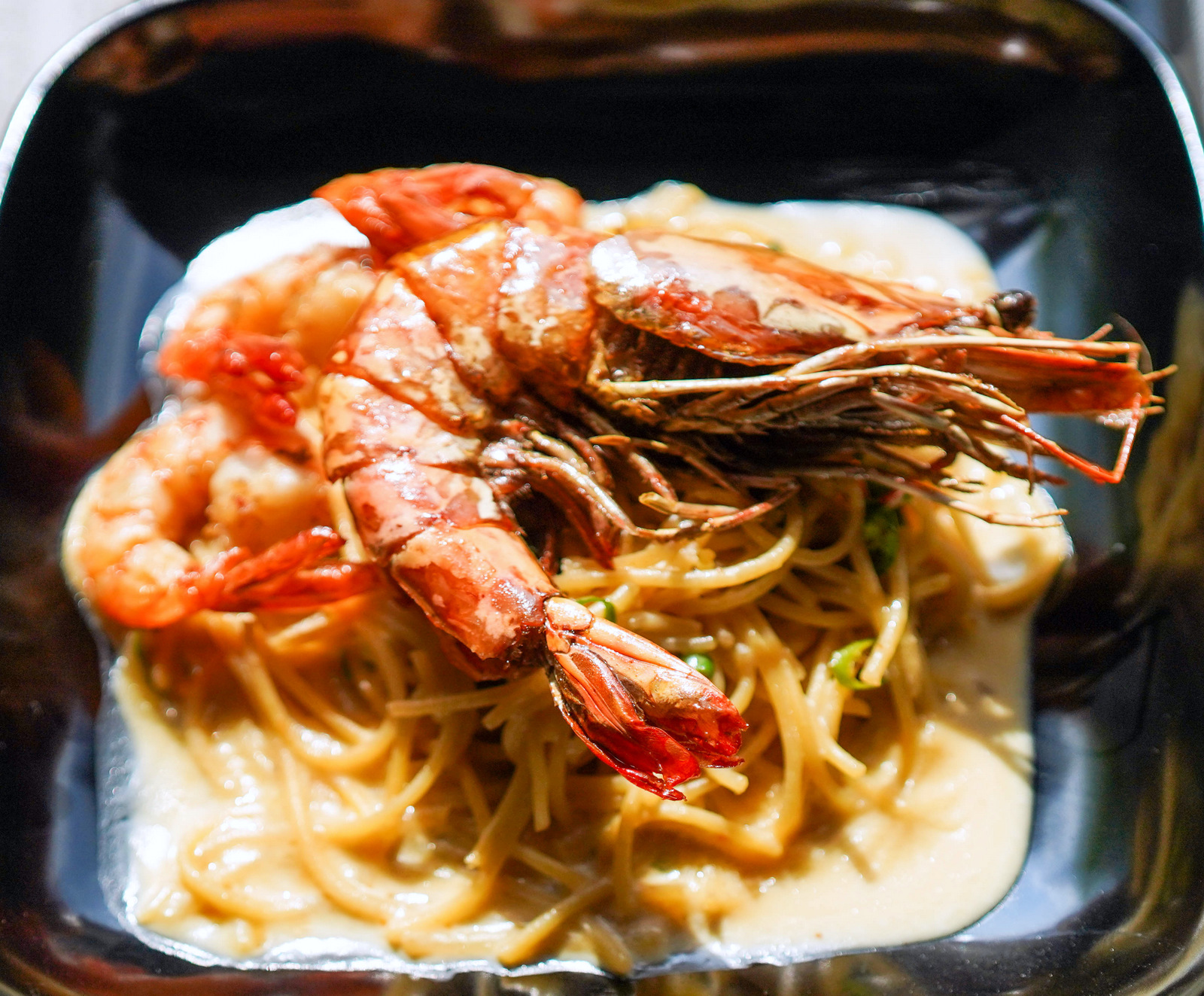 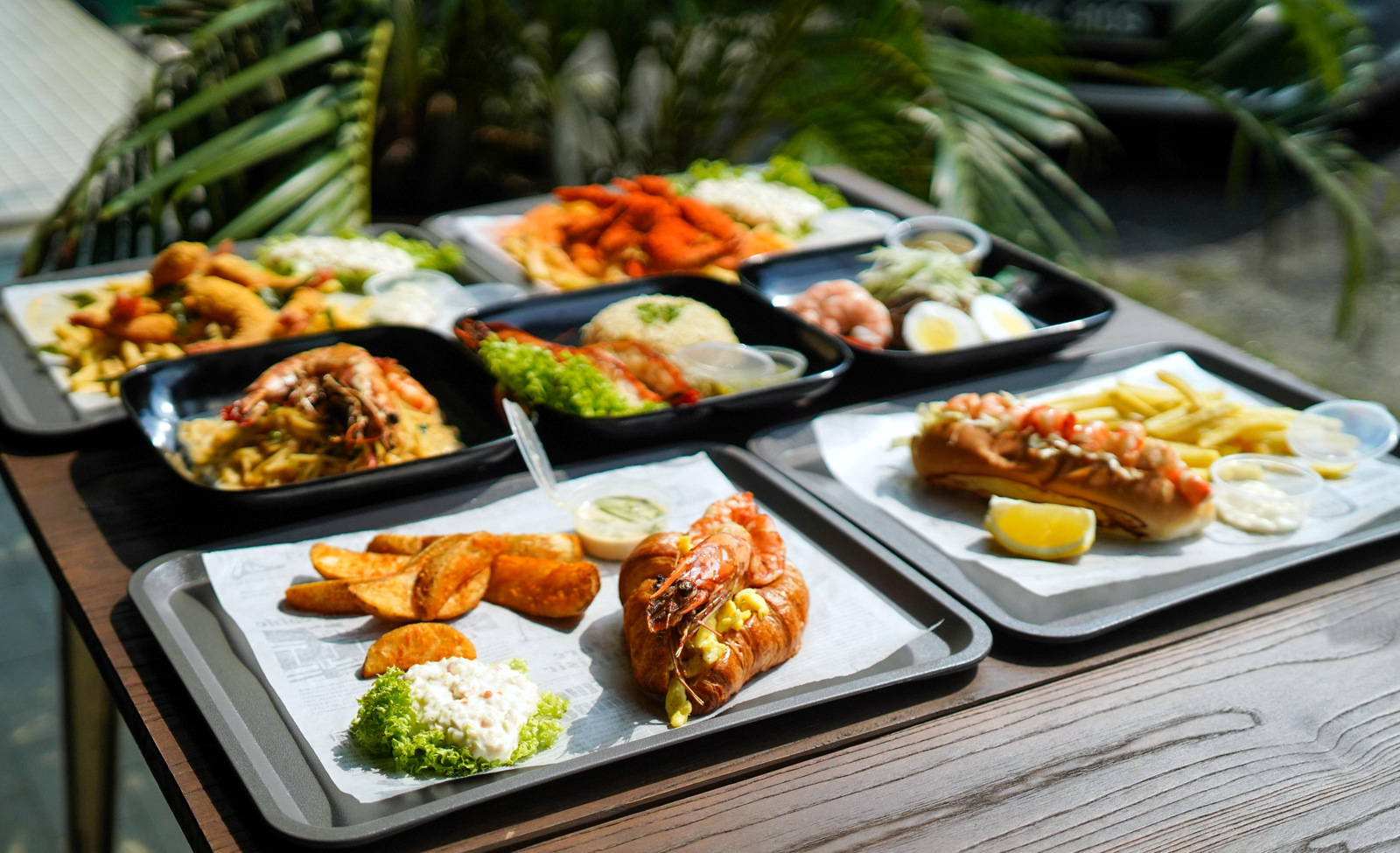 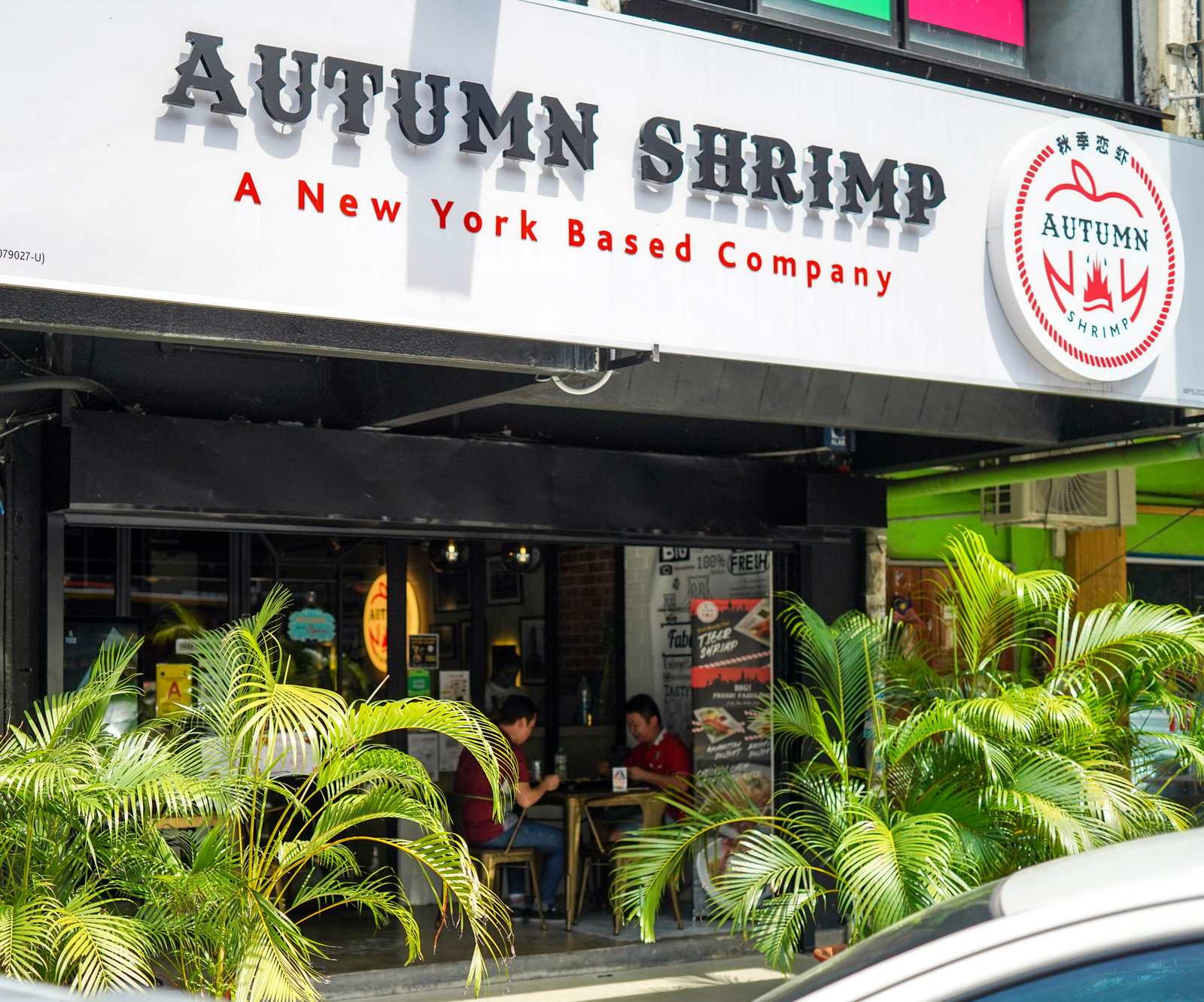 Born of a collaboration between a Malaysian exporter of black tiger shrimp and his New York-based partner, Autumn Shrimp promises a bounty of top-tier crustaceans at bottom-of-the-barrel prices.
If you love big, beautiful shrimp that's firm and fleshy, sweet and sumptuous, you can feast to your heart's content at Autumn Shrimp, run by a New York-based company, with many meals costing below RM20.
Step into Autumn Shrimp's first-ever outpost in Subang Jaya and you'll find a slew of New York-inspired illustrations, from the Statue of Liberty to the Empire State Building and Brooklyn Bridge, plus iconic scenes of Manhattan and its yellow cabs. Even its logo is influenced by the Chrysler Building, with many of the photographs on the wall flown in from the Big Apple.
The menu also features numerous recipes with NY-loving names - the Long Island Shrimp Roll, Ellis Island Shrimp Burger, Uptown Manhattan Shrimp, East Broadway Aglio Olio, the Bronx Delight and Staten Island Delight. 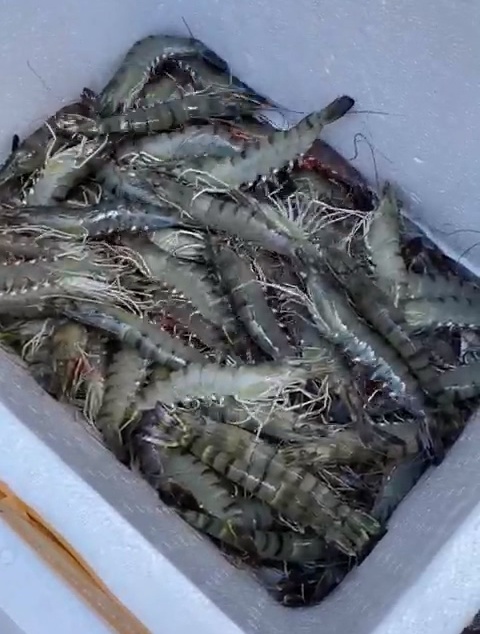 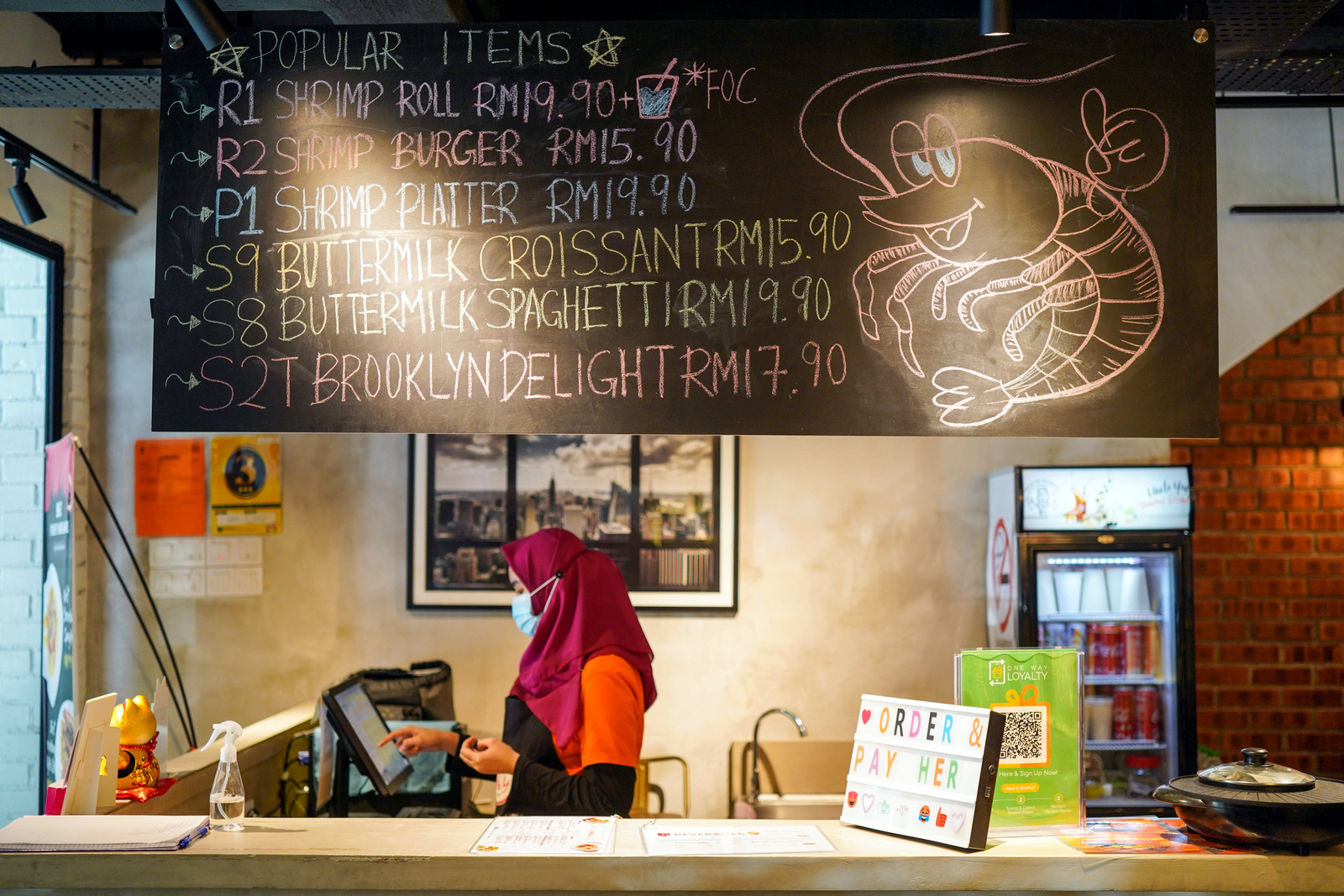 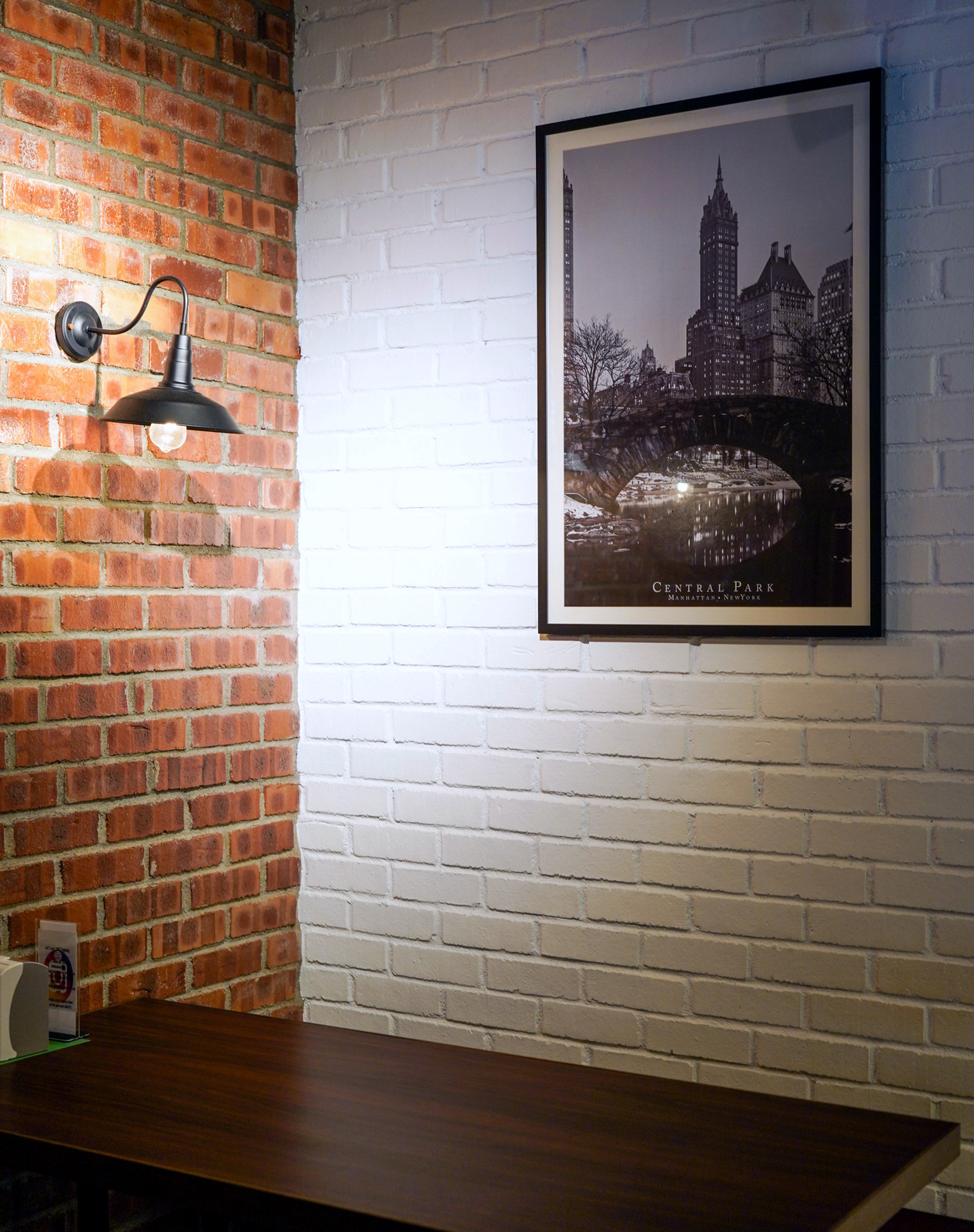 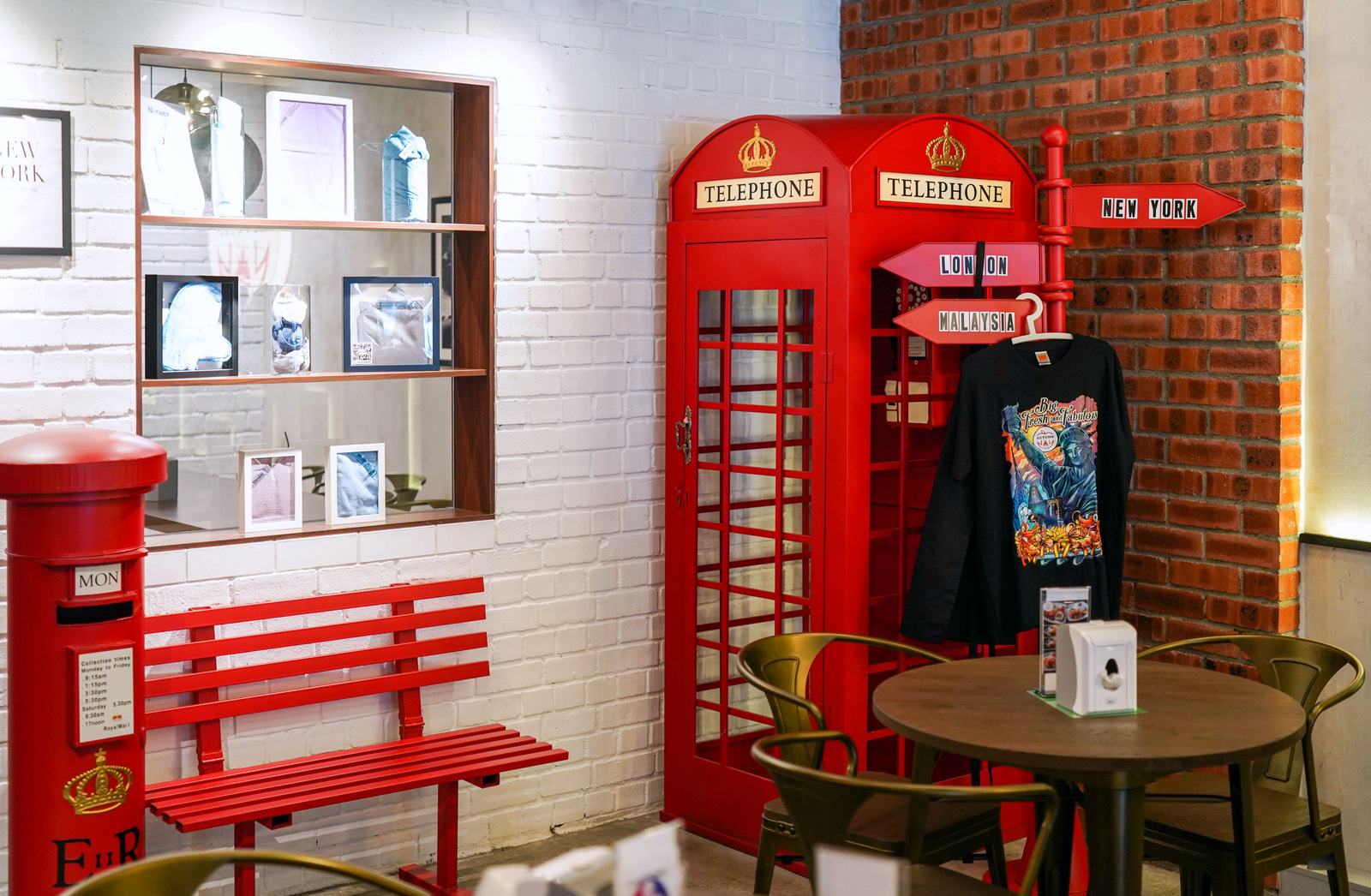 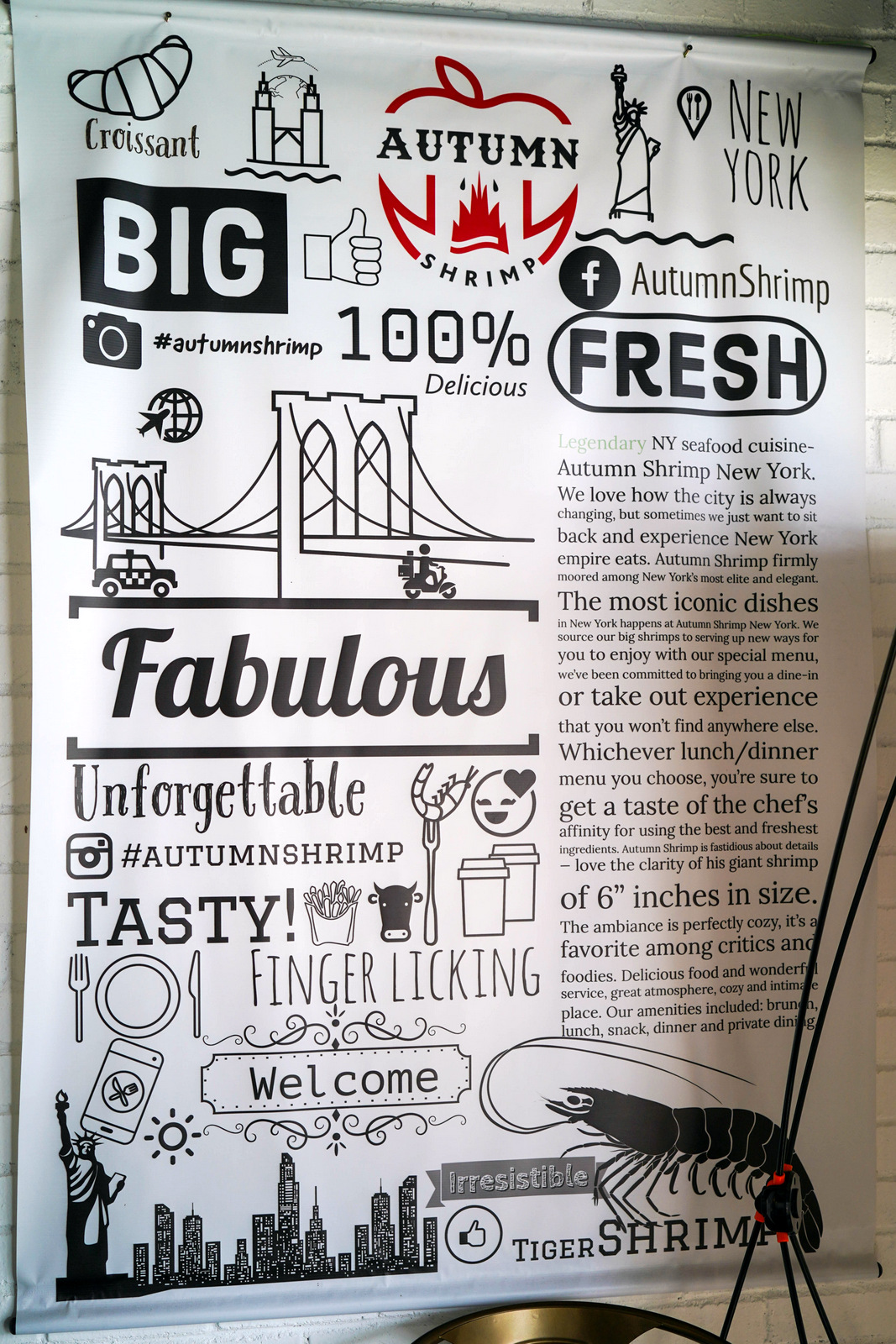 Autumn Shrimp's founder - born in the beginning of autumn, in September - has been supplying Malaysian-bred tiger shrimp to New York for the past 10 years, straight from the tropical waters of the peninsula's northwest coast.
The restaurant's mission is to enable more Malaysians to savour tiger shrimp, a delicacy that has mainly been destined for exports and higher-end restaurants in the past.
If shrimps are your irresistible pleasure, you'll appreciate the quality and affordability of Autumn Shrimp's tiger shrimp, which is brought live to the restaurant and is superior to the white shrimp typically seen in local eateries.
Autumn Shrimp is a casual venue that's suitable for families and friends or even a solo meal - its larger shrimps are about six inches long while the smaller ones are still very substantial four-inchers.
You can order large tiger shrimps on their own, at RM8.90 for one grilled tiger shrimp, RM13.90 for two pieces, RM17.90 for three, RM21.90 for four and RM25.90 for five, available in various flavours such as with seafood sauce, Thai sauce, garlic soy sauce, or chilli soy sauce.
Autumn Shrimp is a Muslim-friendly eatery. Beyond shrimp, it also serves a smaller selection of fish and fowl dishes, using halal-certified poultry. 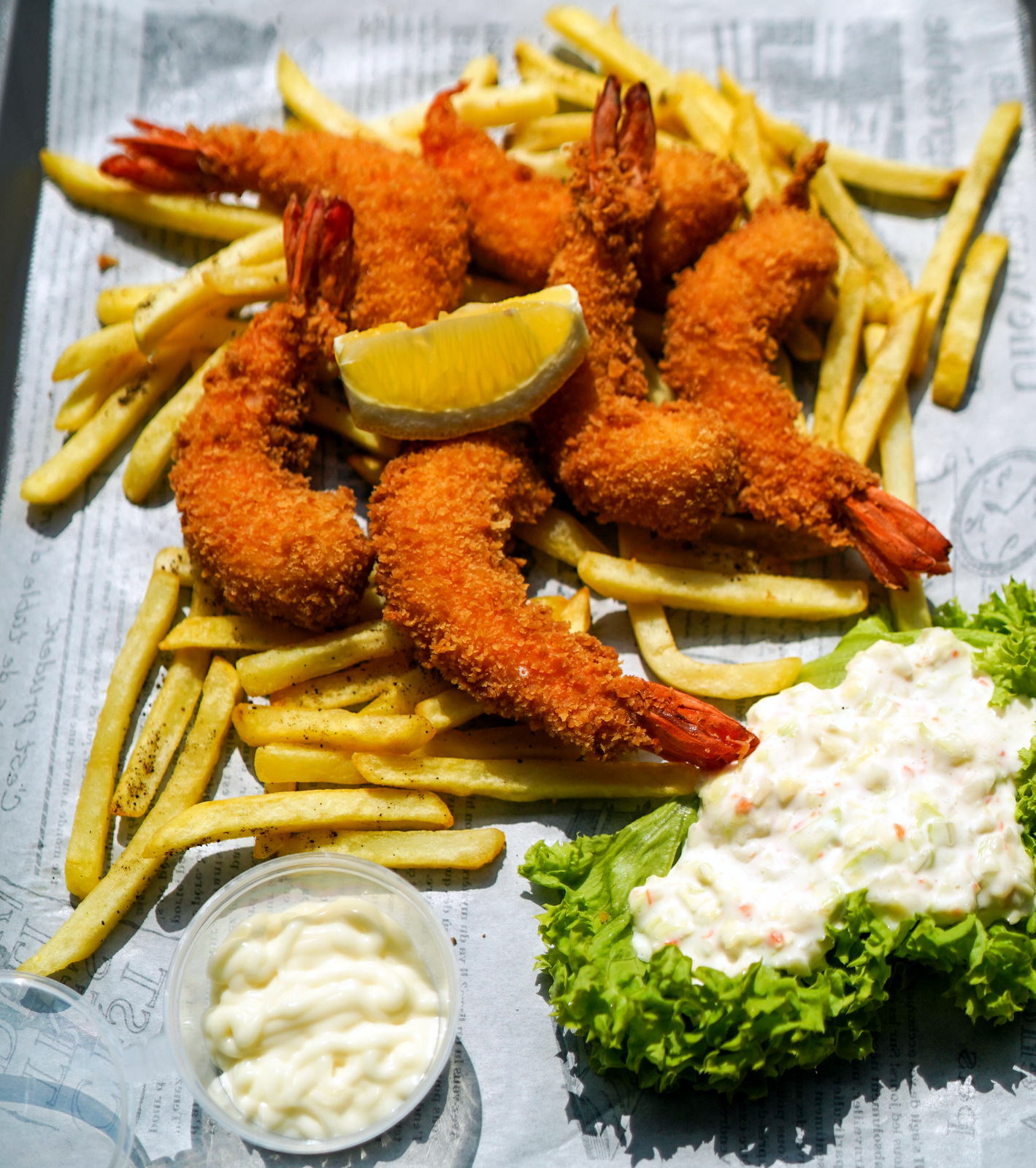 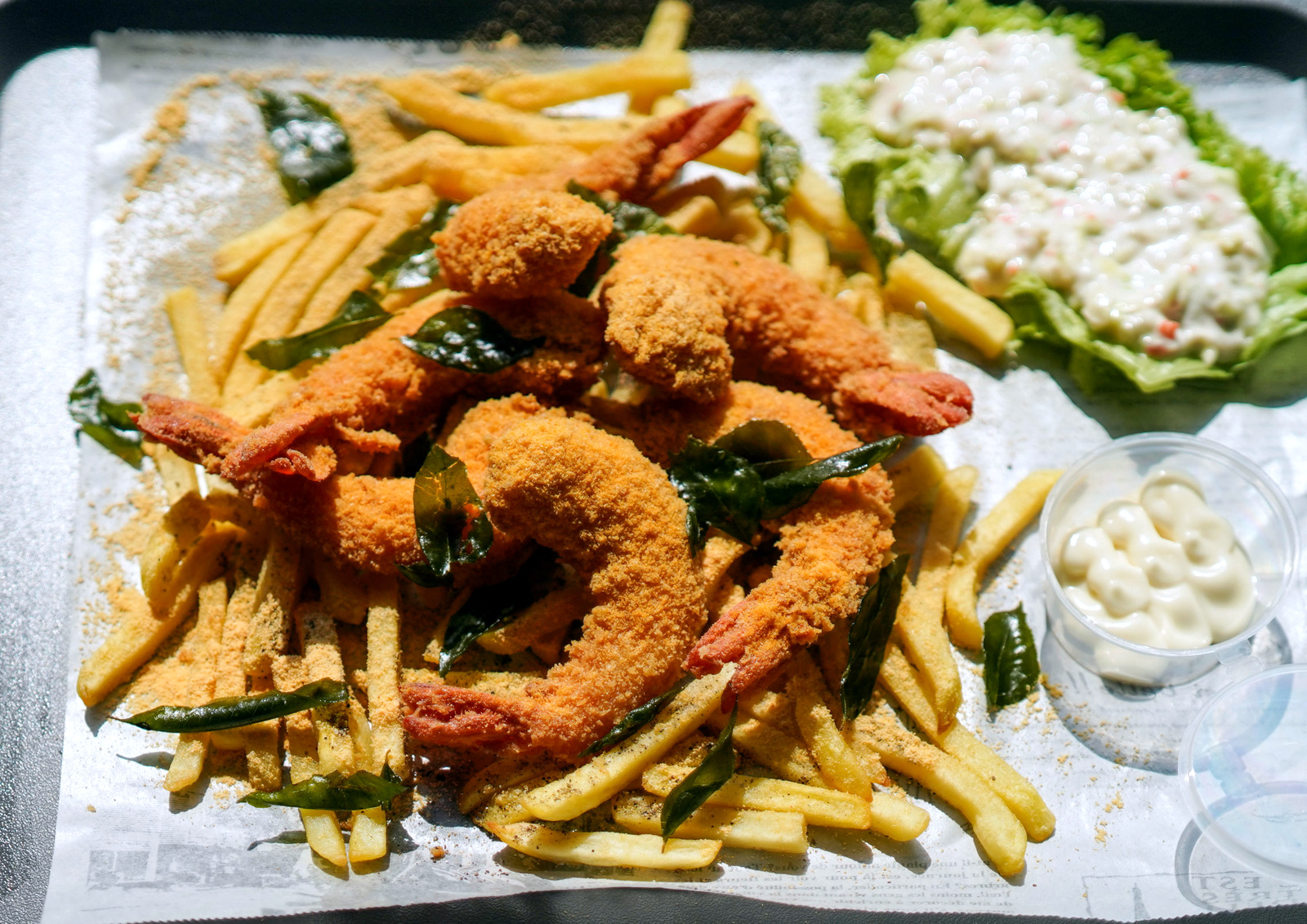 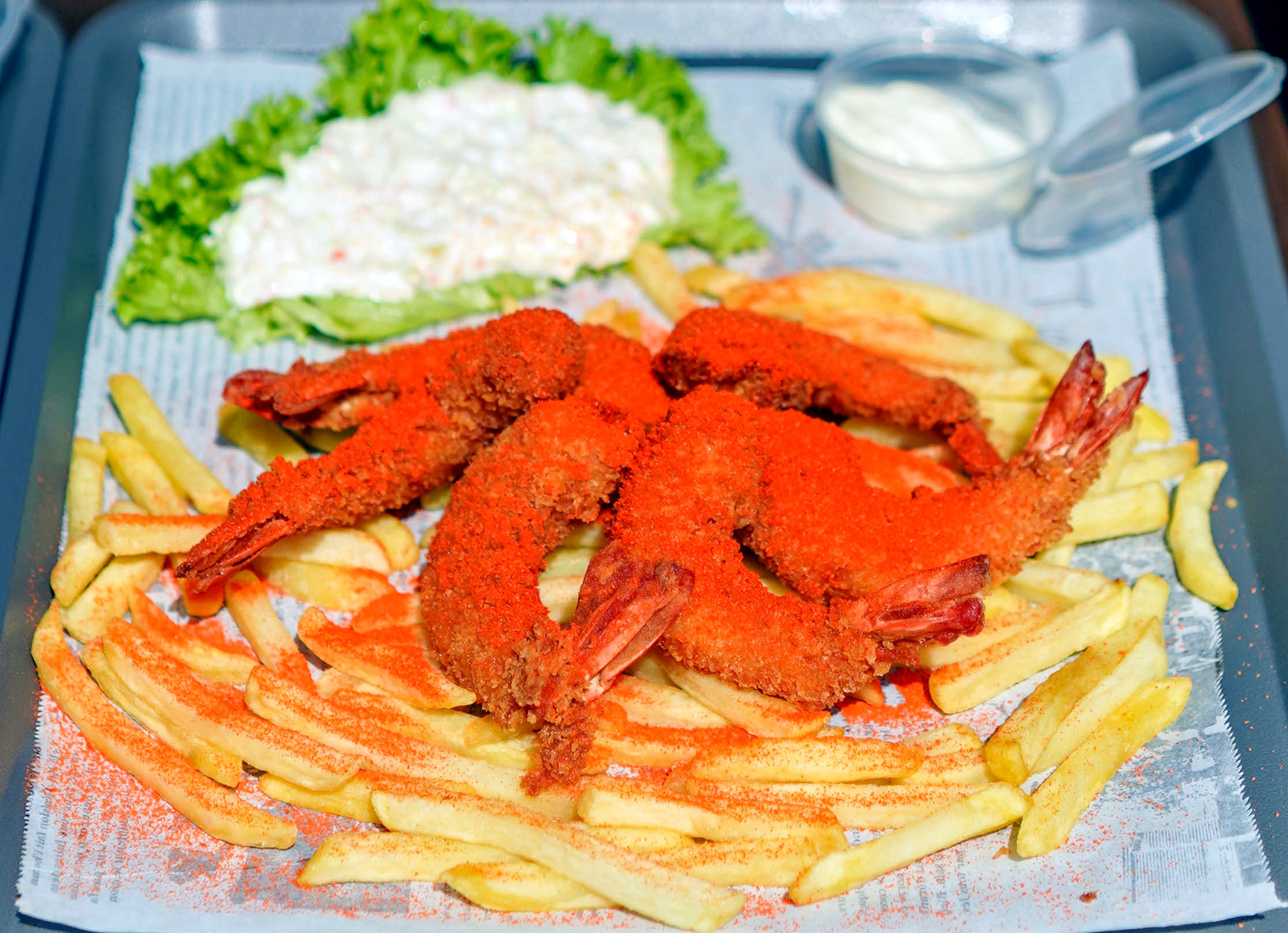 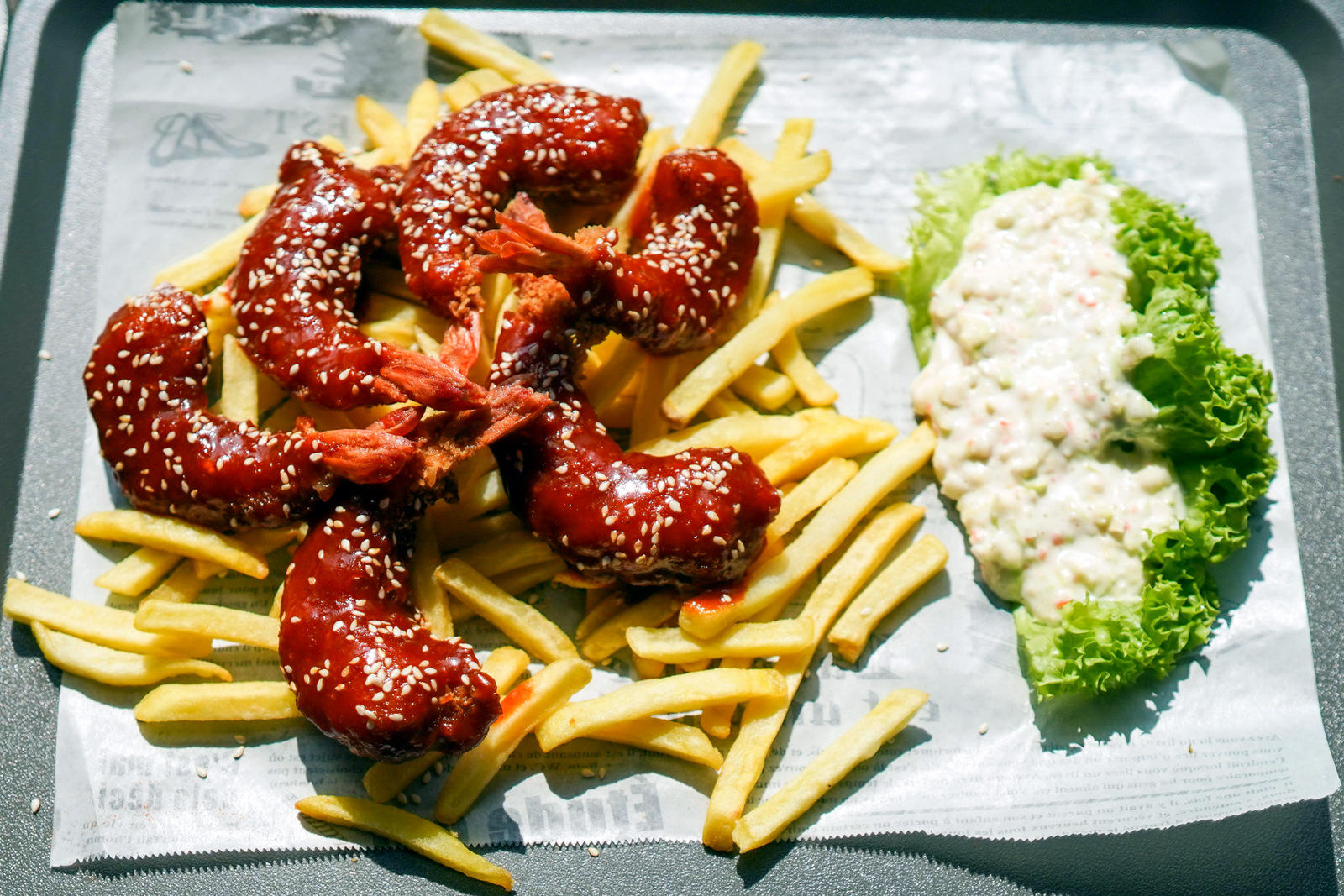 The Uptown Manhattan Shrimp (RM19.90) is our best bet for plenty of shrimps on one platter, with six chunky shrimps deep-fried and partnered with French fries and a salad for a hearty roundup of protein, carbs and fibre.

The tiger shrimps are full-fleshed, with a crisp, light breading that yields to the plump, prime crustaceans, not mushy at all, shining through with their clean flavour.

You can have the shrimps in their original flavour or with rich coatings of Salted Egg Yolk, Korean Spicy Sauce (super-fiery!) or our favourite, Super Ring, blanketed in crumbs of the cheese snack, with a savoury addictiveness that complements the shrimps surprisingly well (RM3 surcharge for the extra flavours). 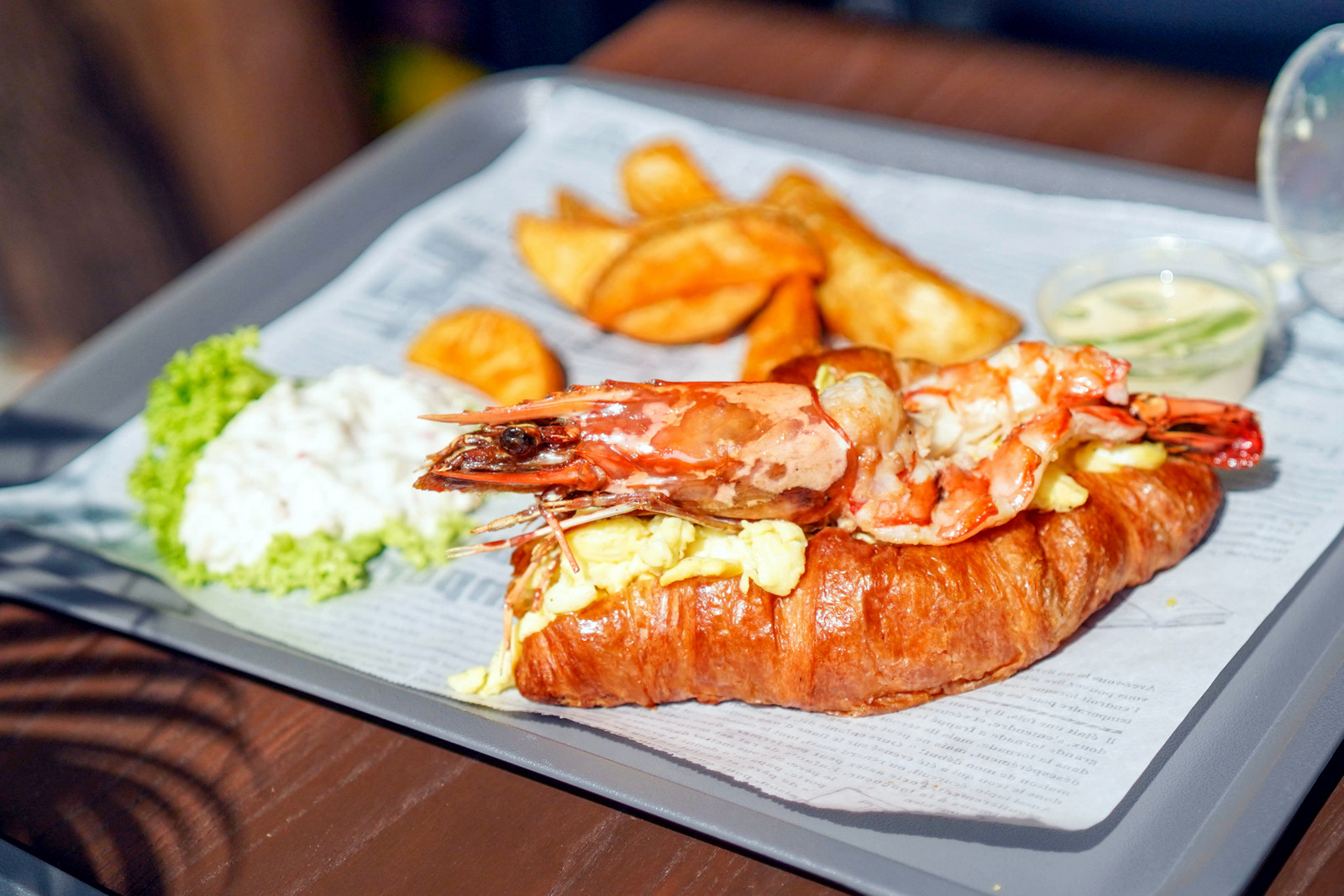 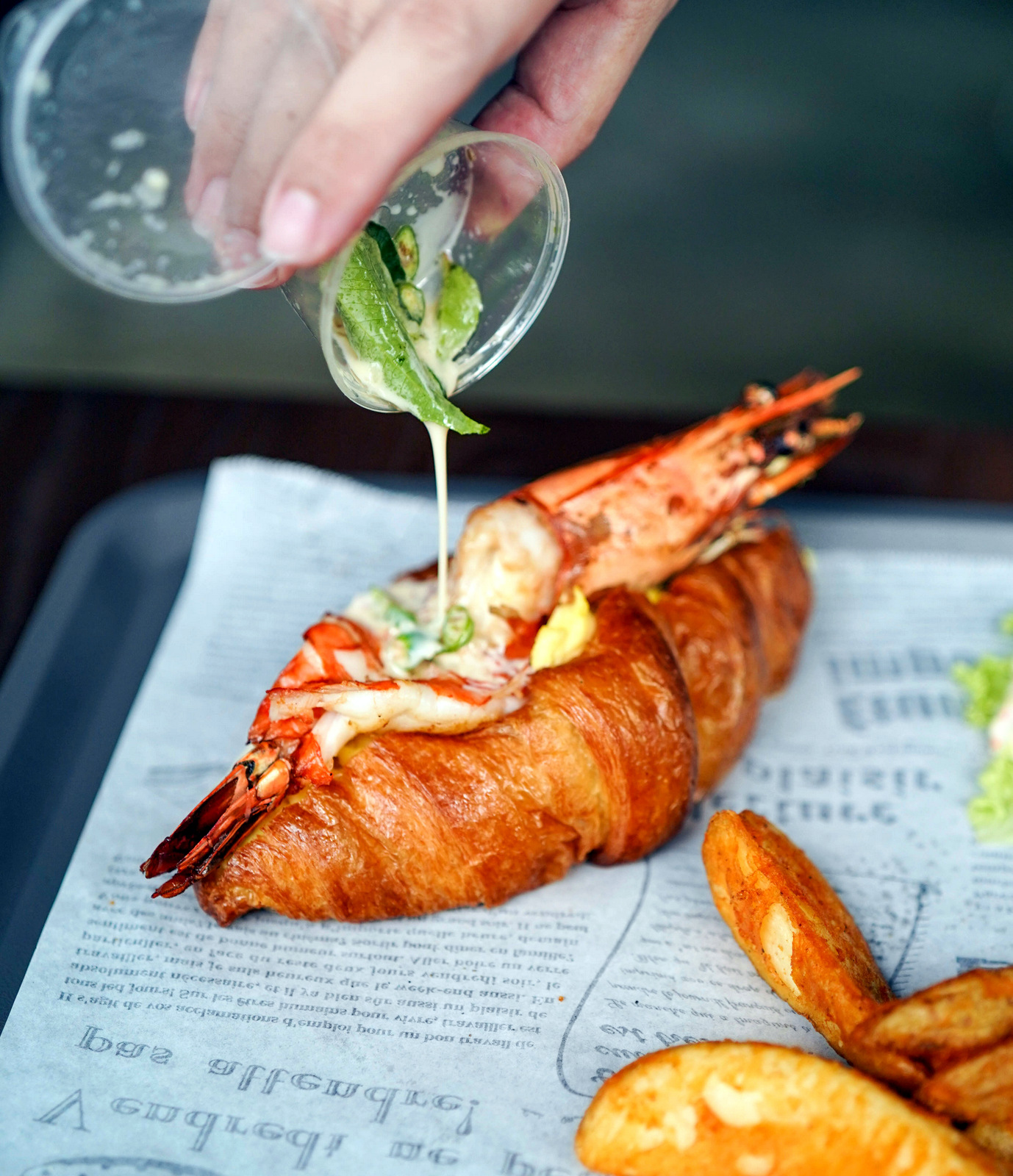 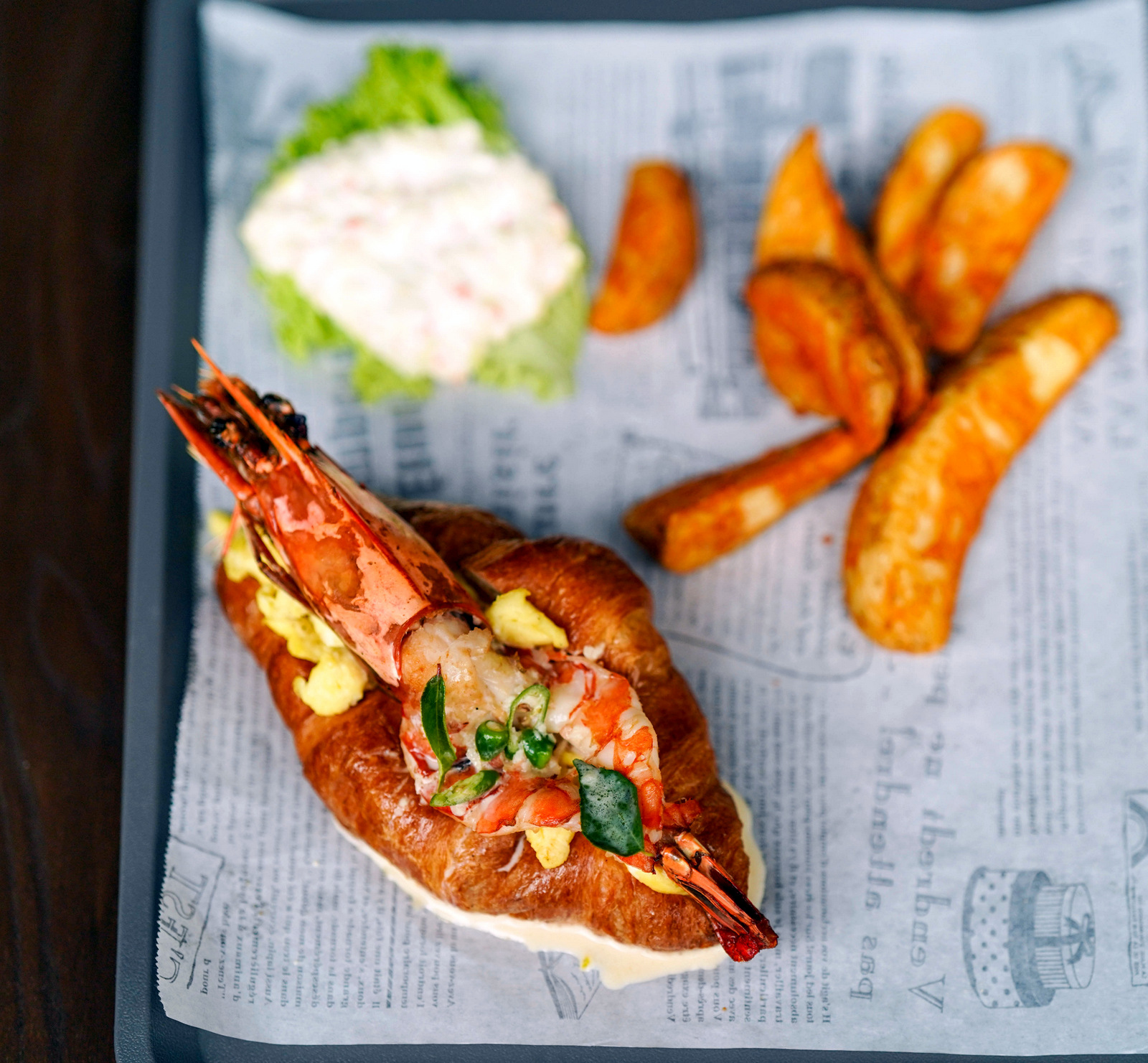 The New York Buttermilk Croissant (RM15.90) is a solid recommendation for the six-inch tiger shrimp in all its glory, butterflied and stuffed in a buttery croissant with scrambled eggs, like having breakfast and lunch in a single serving, poured with luscious buttermilk sauce, complete with potato wedges and salad. 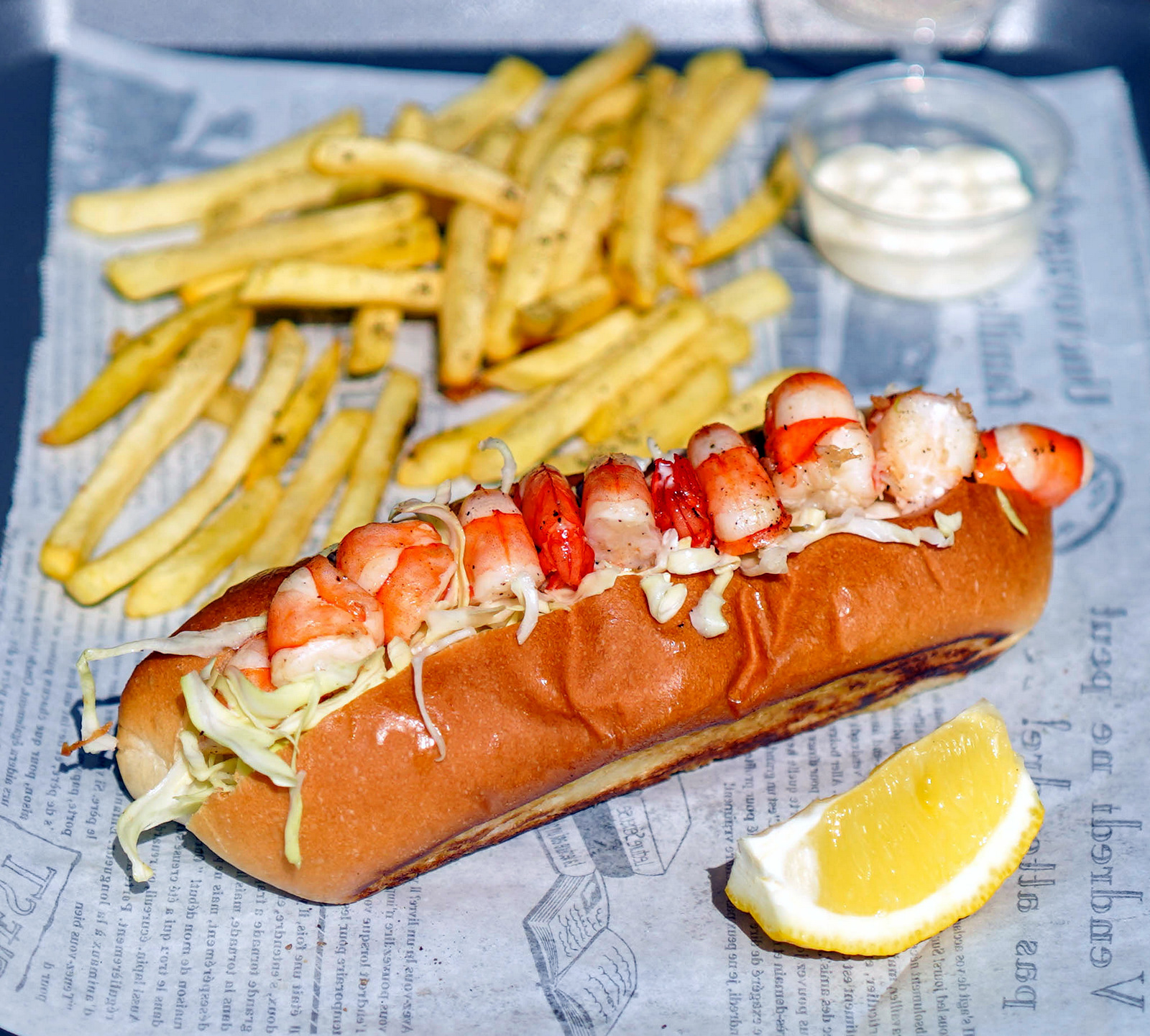 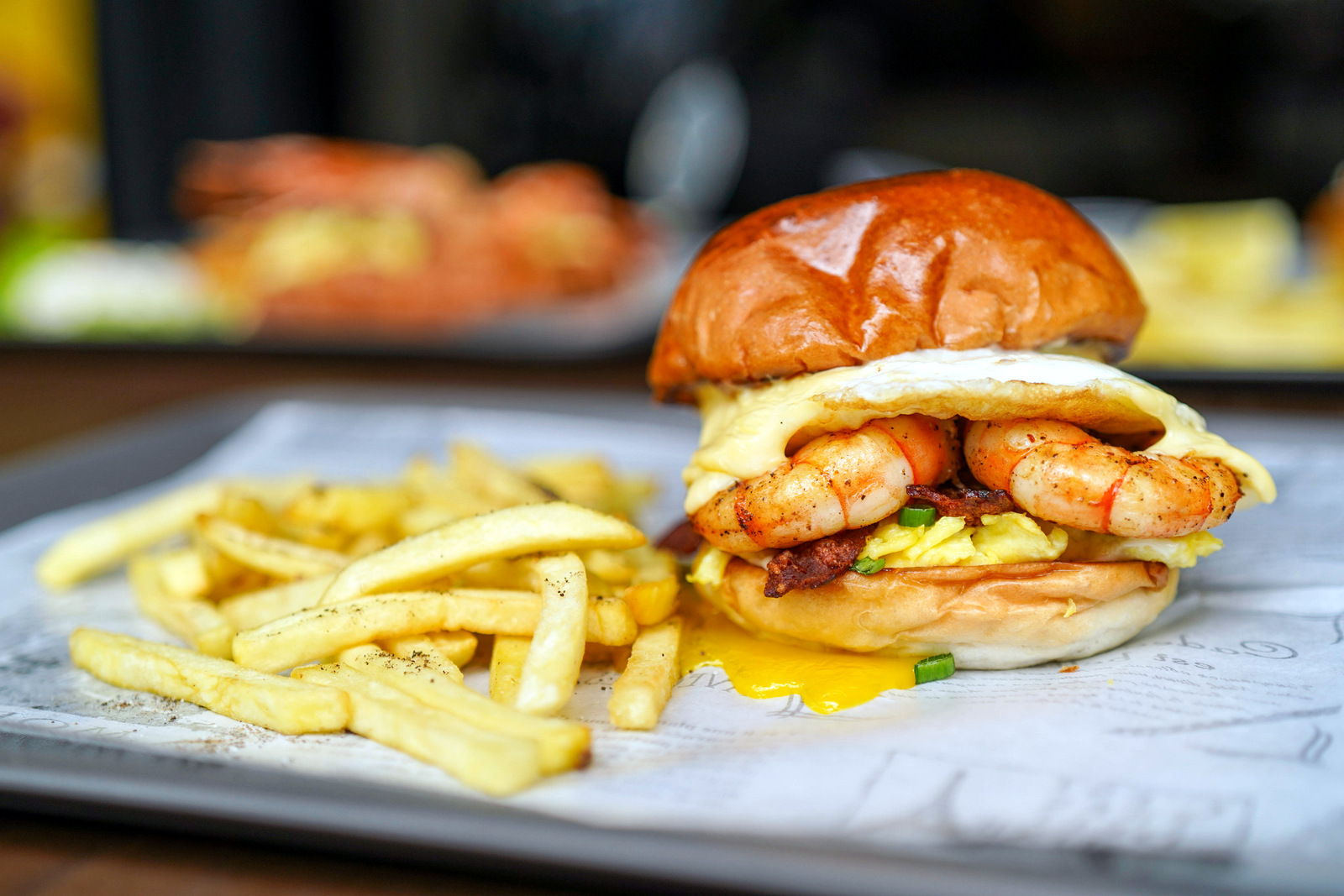 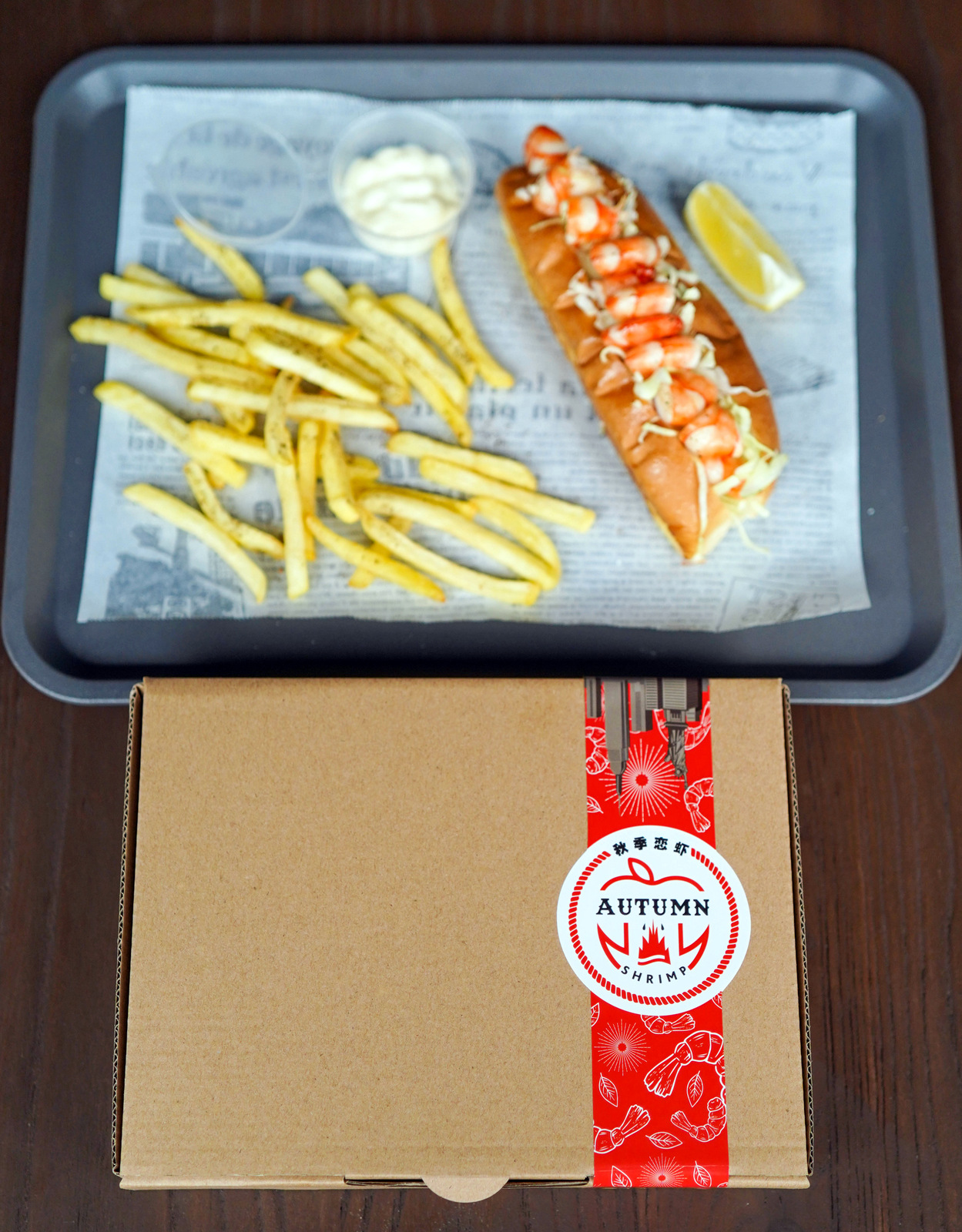 The Long Island Shrimp Roll (RM19.90) is the tiger shrimp equivalent of a classic lobster roll, with the joyous crunch of shrimp in every generous bite, while the Ellis Island Shrimp Burger (RM15.90) is a wholesome alternative to meat patty-based burgers, playfully layering the natural goodness of fresh shrimp with a runny-yolked egg in a bun for merry munching.

All of Autumn Shrimp's offerings are terrific for takeouts too - look for Autumn Shrimp on GrabFood, FoodPanda and Beep if you want to sample these tiger shrimps at home. 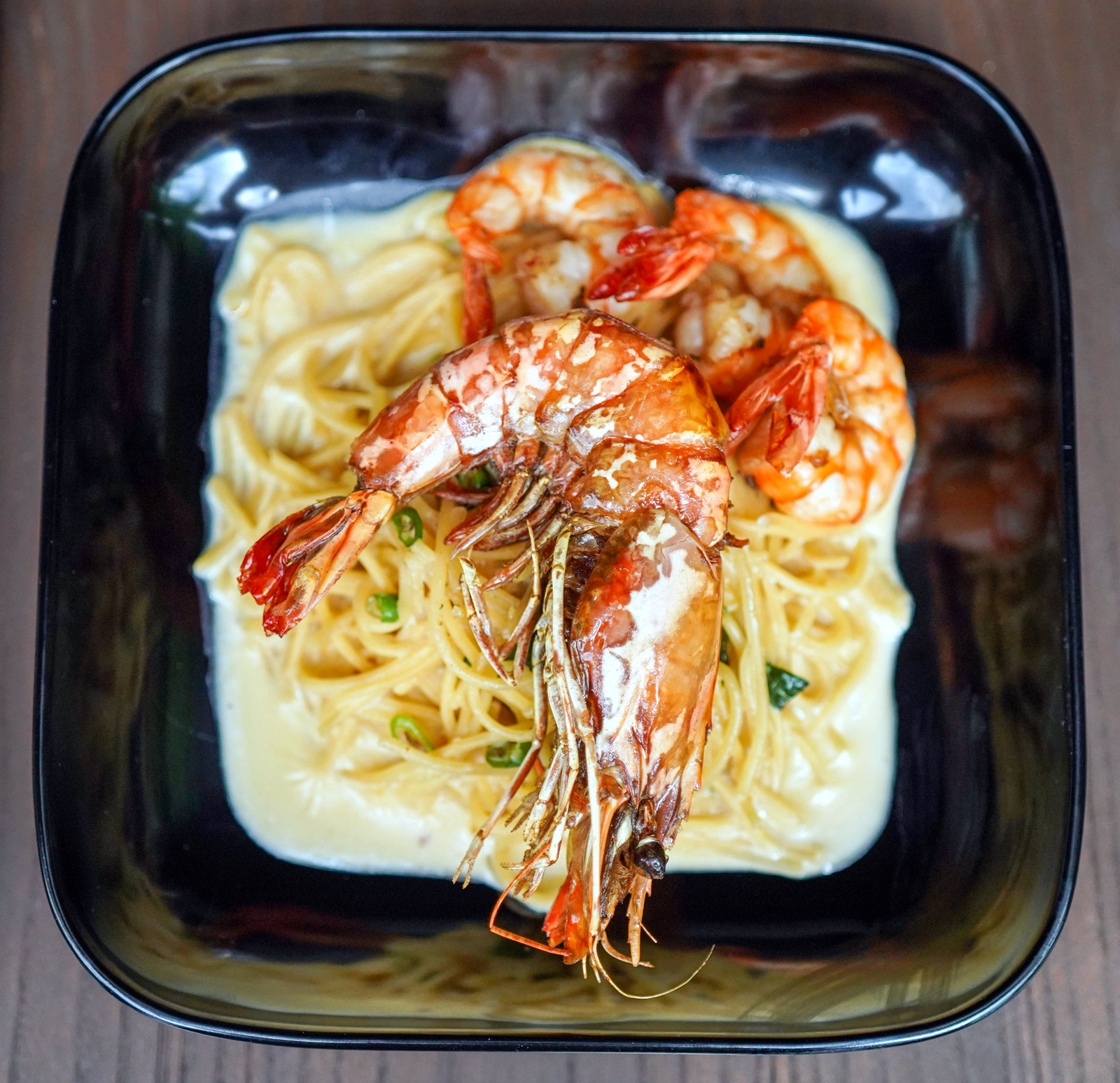 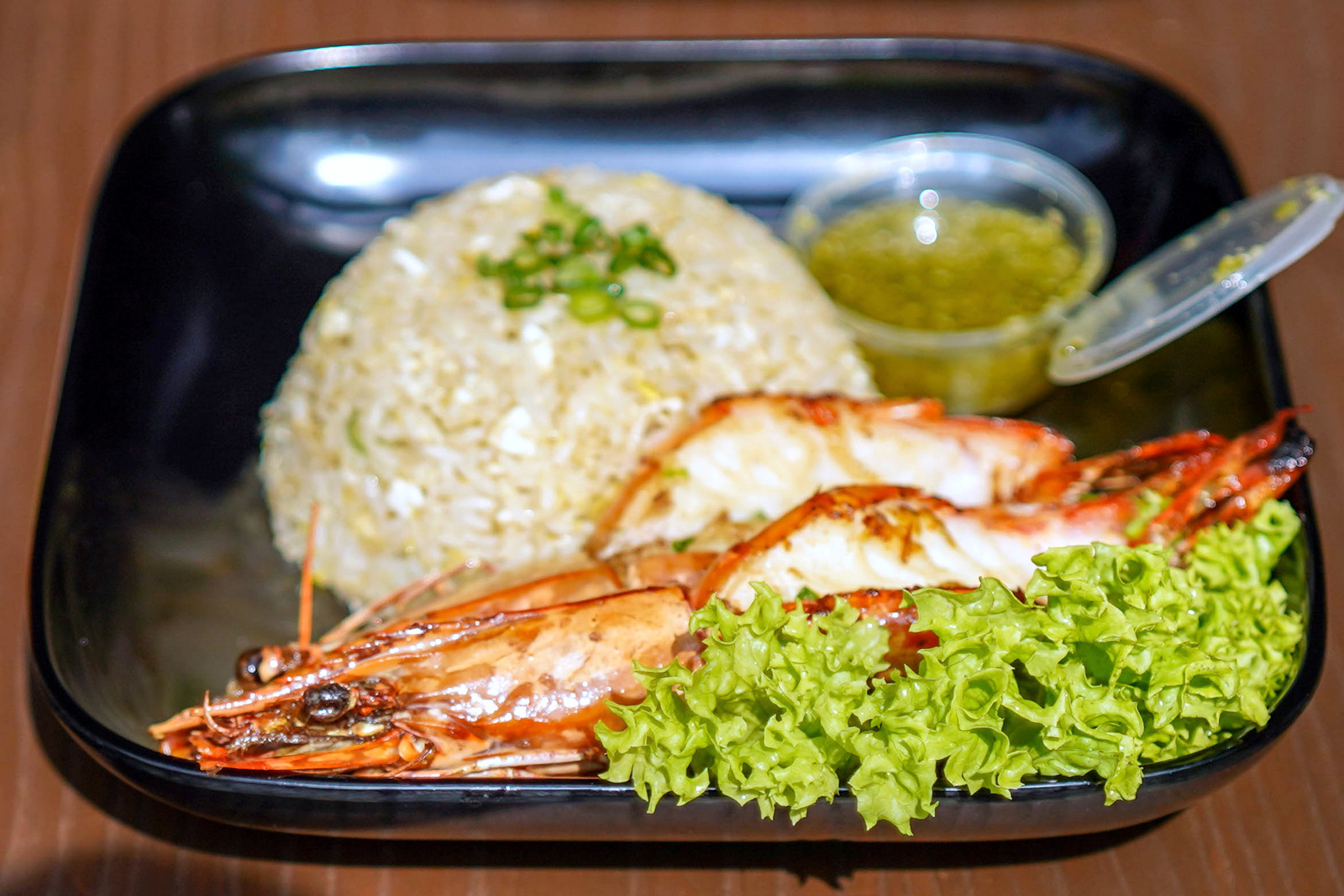 Autumn Shrimp's menu is border-busting, with both West and East represented - the West Broadway Buttermilk Spaghetti (RM19.90) is Italian-style pasta on point, roaring in with tiger shrimp, while the Grilled Tiger Shrimp with Seafood Sauce and Fried Rice (RM12.90) should satisfy anyone who adores lip-smacking Asian fried rice.

As Autumn Shrimp expands in the near future, including plans for an outpost in the city centre's much-anticipated 8 Conlay, the restaurant aims to add more local specialities to its repertoire - we're certainly looking forward to its grilled tiger prawns with nasi lemak or char koay teow. 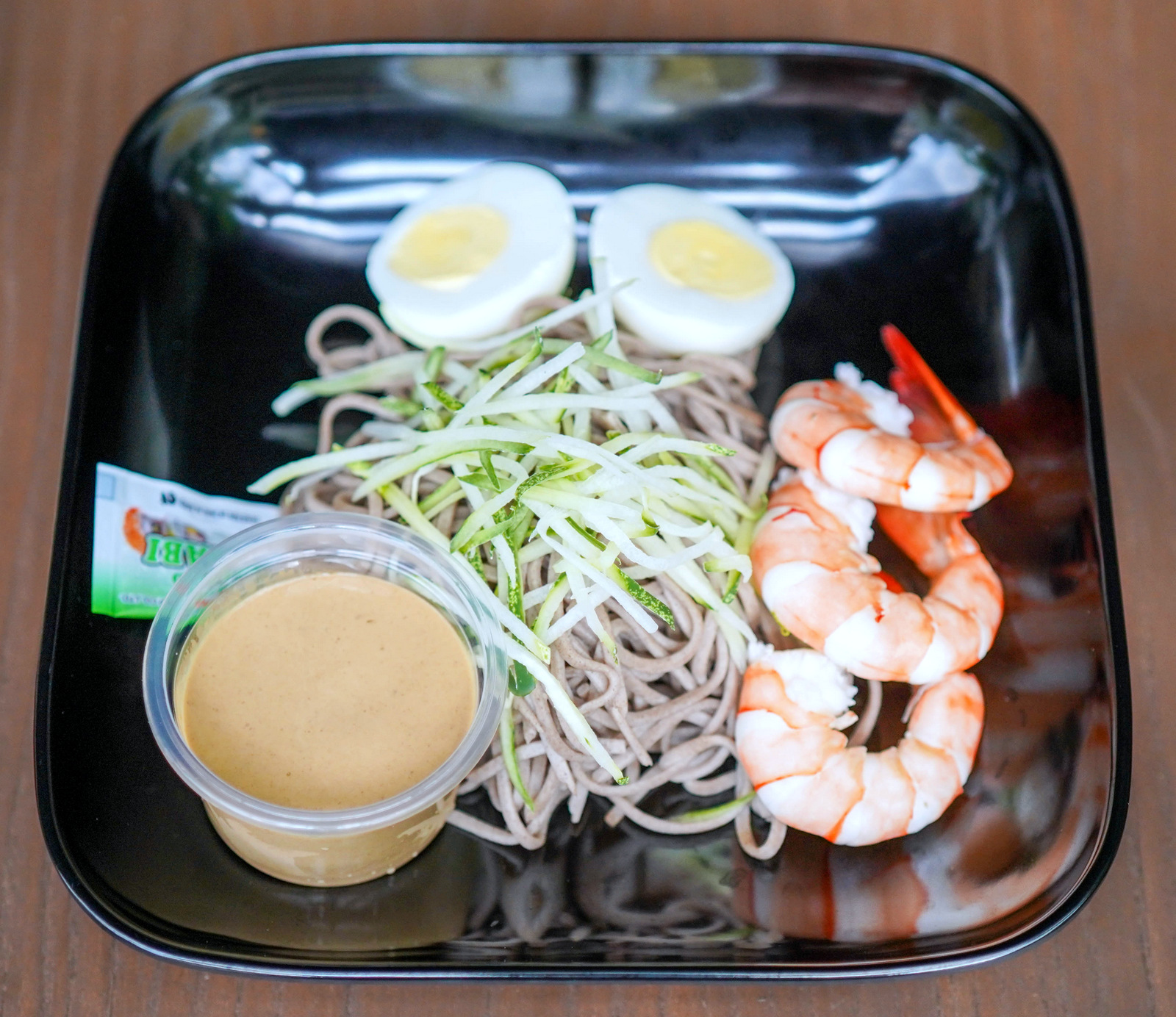 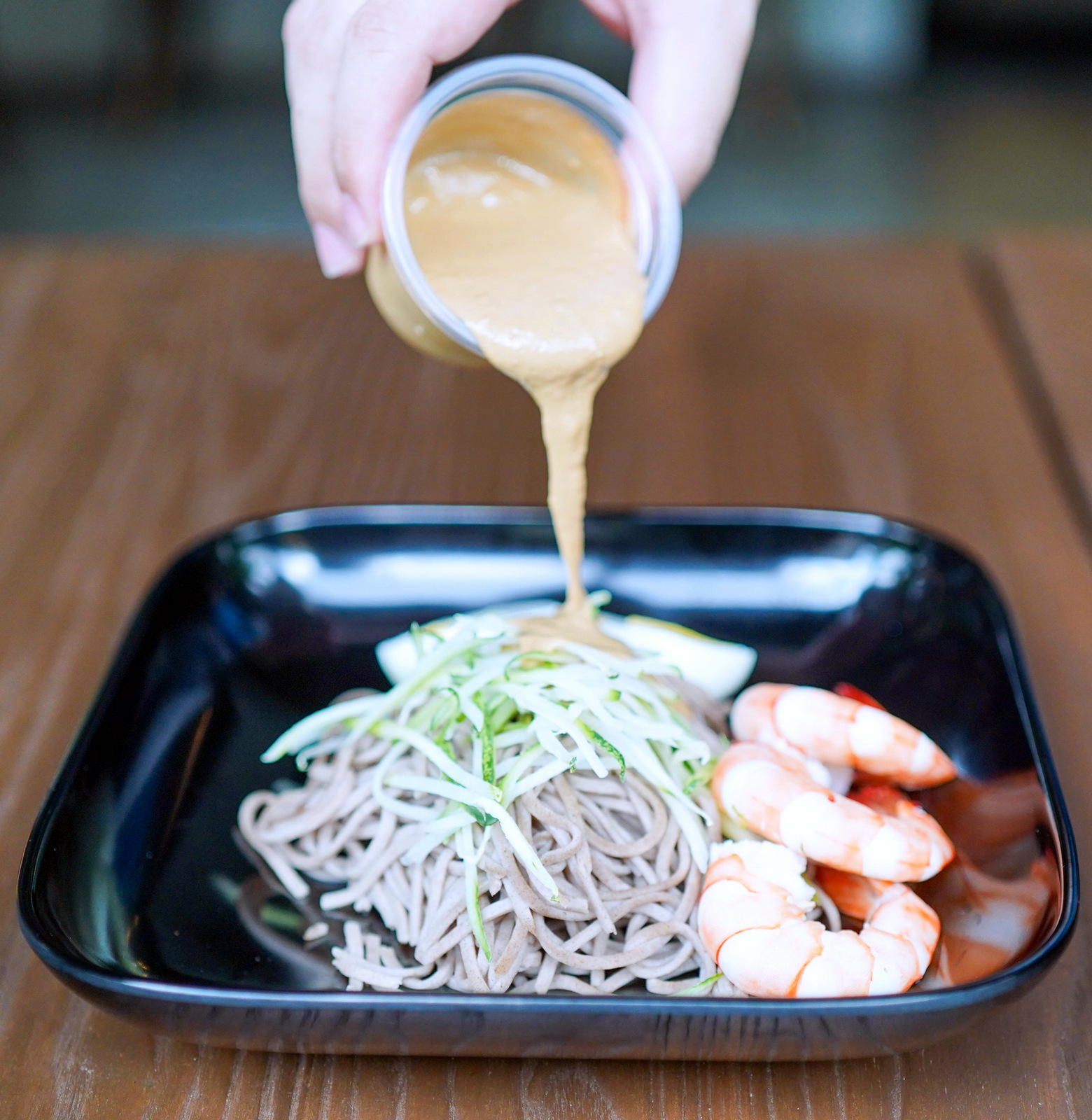 Another notable preparation is the Cold Sesame Noodles with Tiger Shrimps (RM15.90), a riff on New York's Chinatown-born Shorty Tang staple, featuring soba splashed with a thick sesame sauce, topped with julienne cucumbers, hard-boiled egg, and of course, tiger shrimp for a reviving lunch or dinner.
Autumn Shrimp represents its founder's vision of autumn, a season that reminds us that every life has its highs and lows, its summer and fall, encouraging us to rise again and begin anew even in the darkest ebb. For now, whenever we think of shrimp, we'll remember Autumn Shrimp.
Many thanks to the team here for having us. 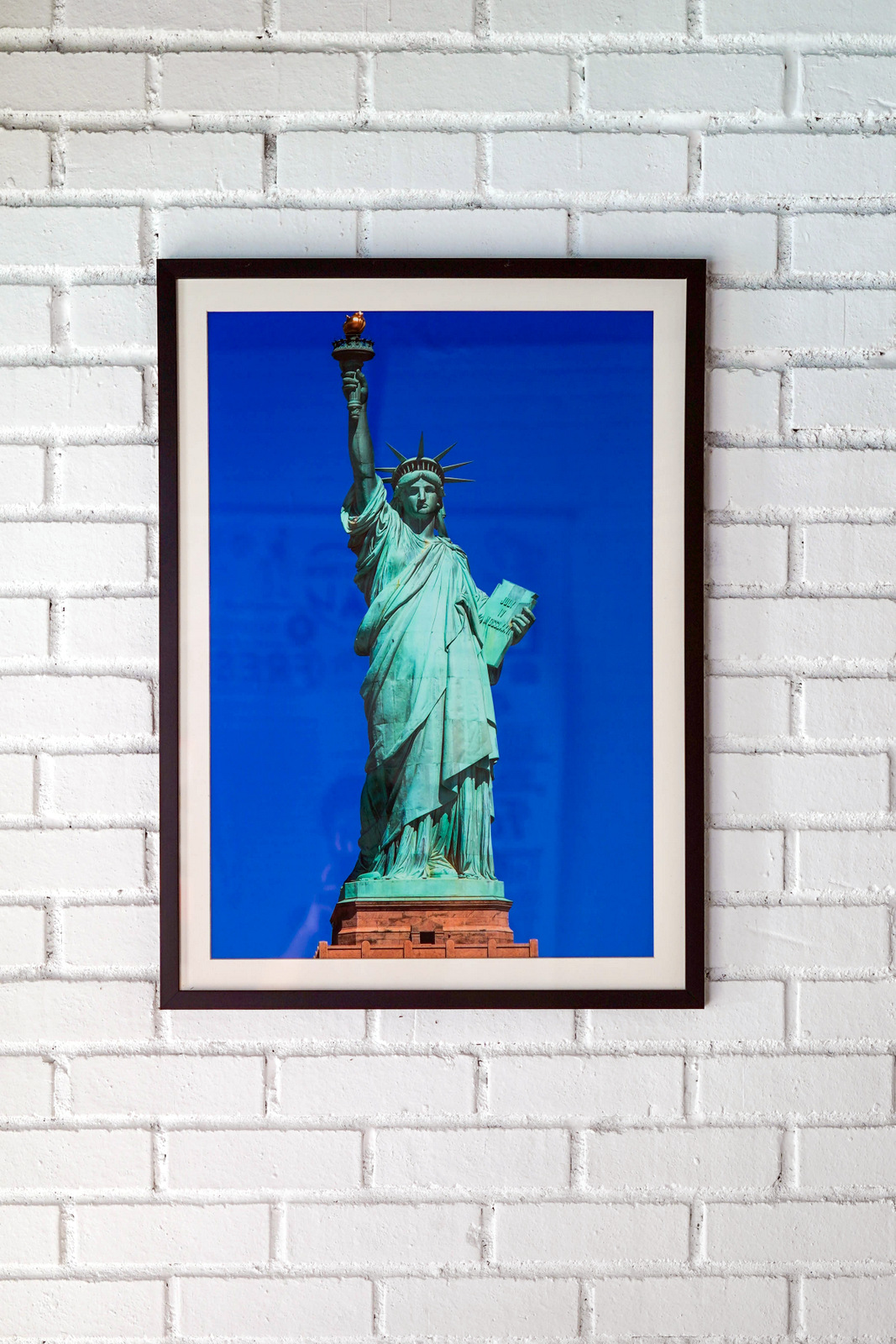 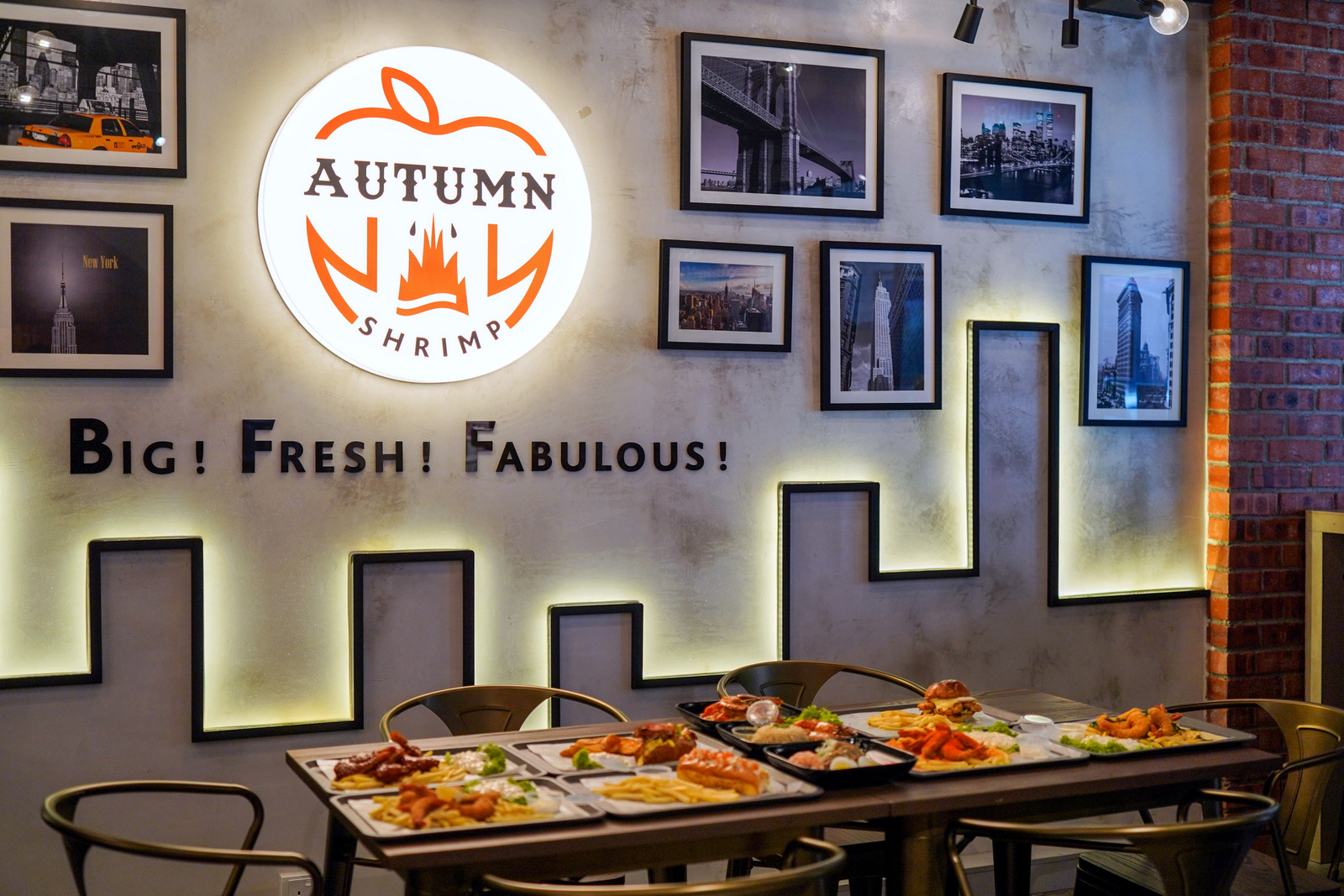