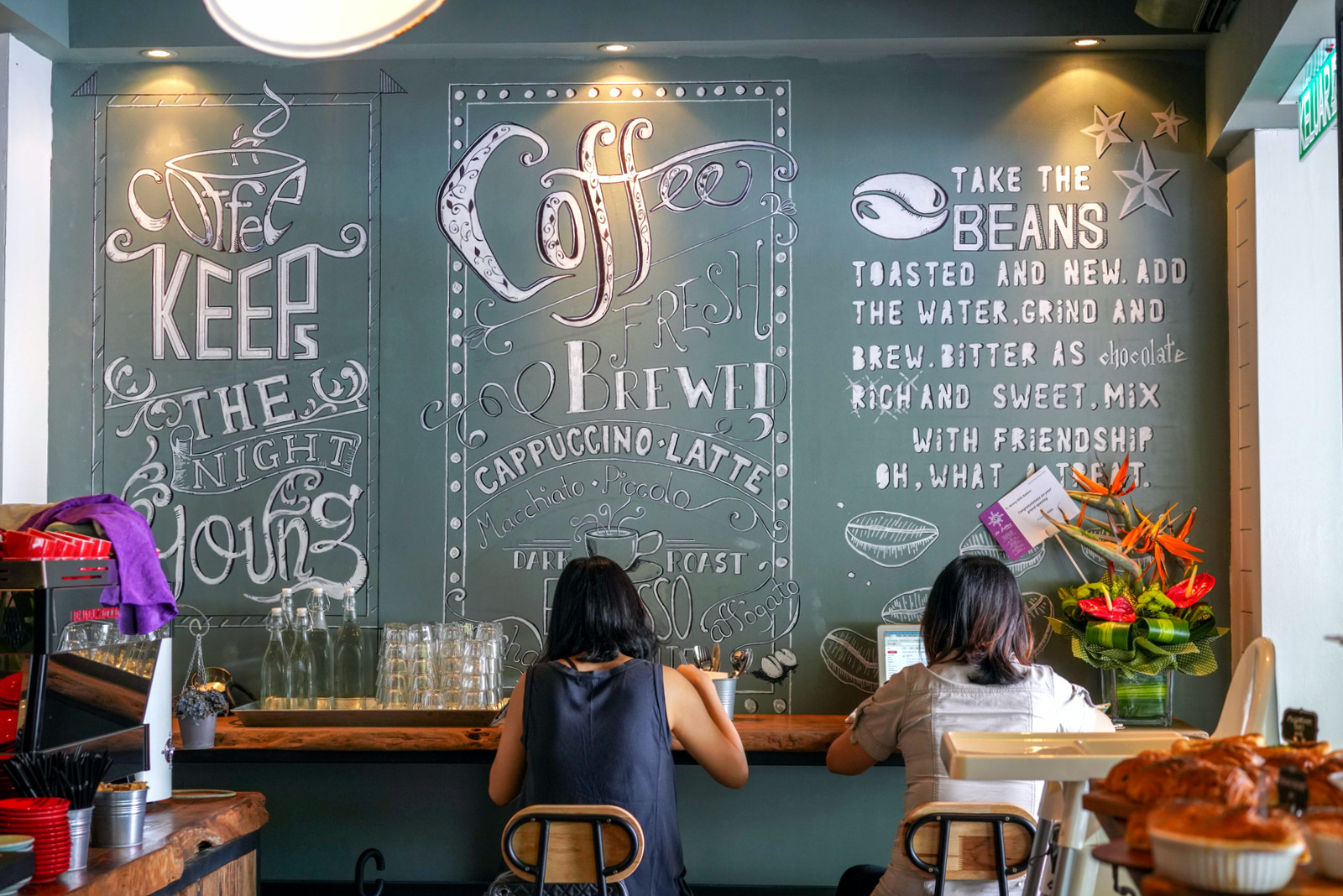 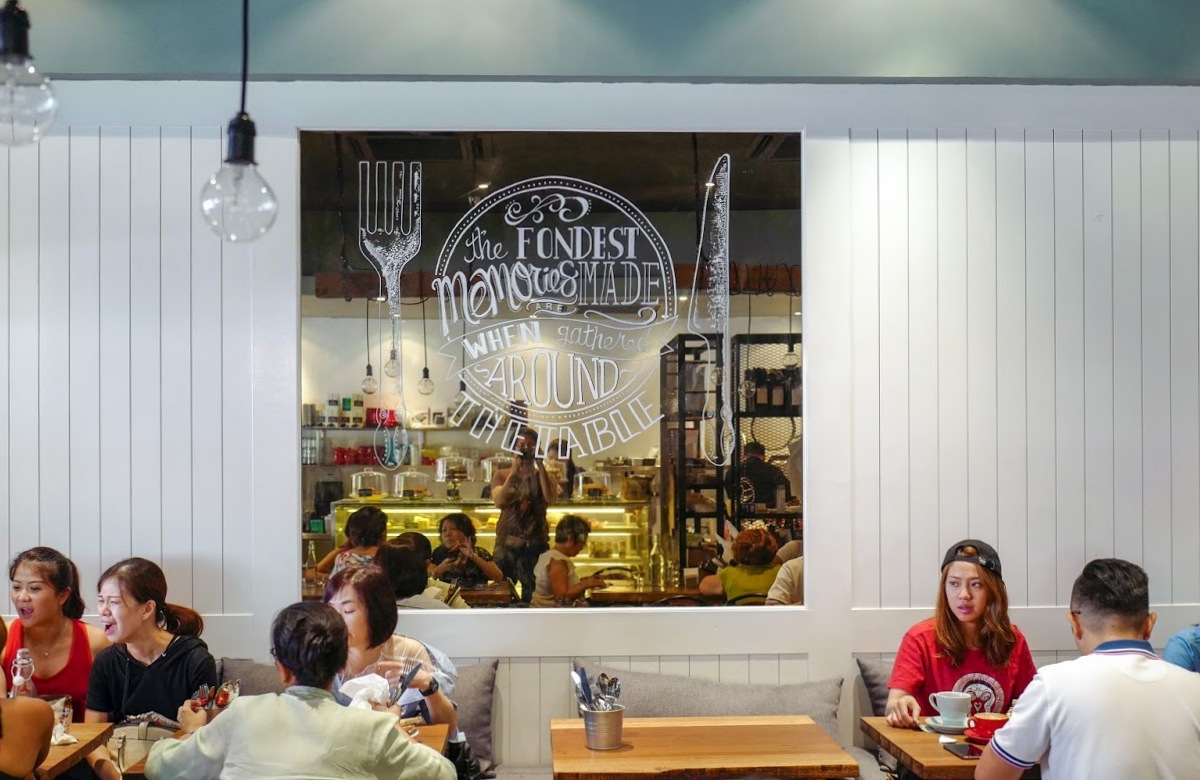 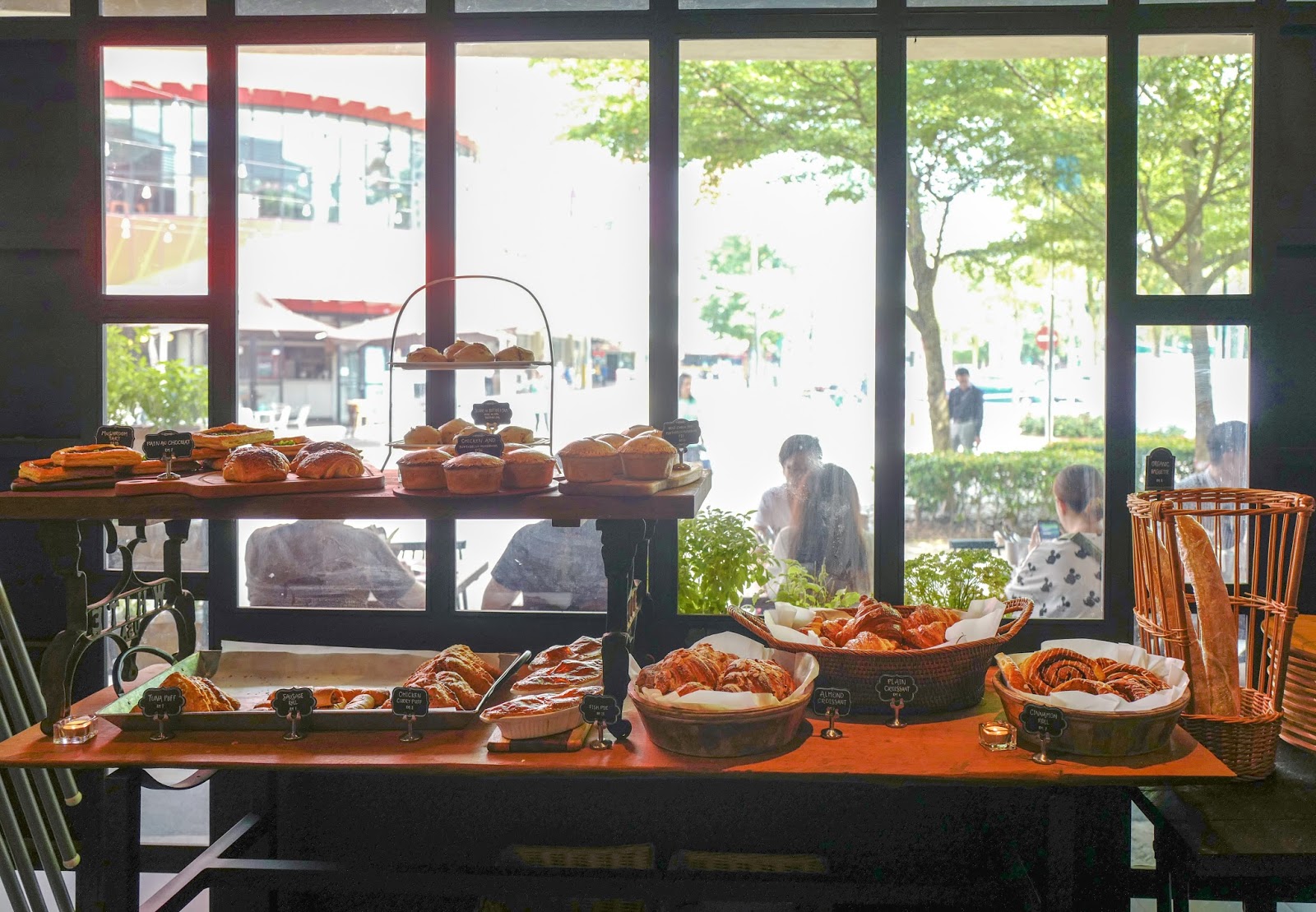 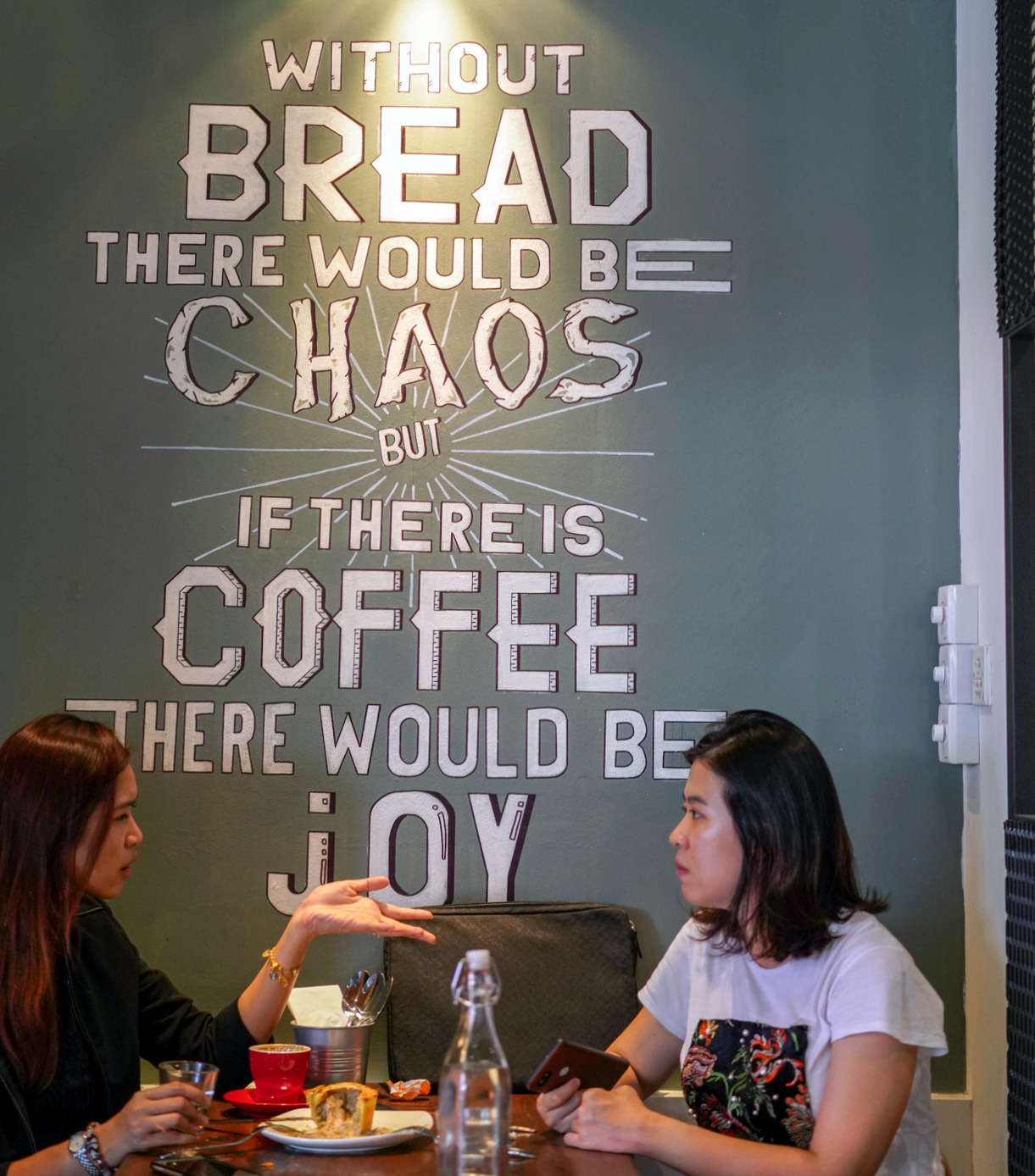 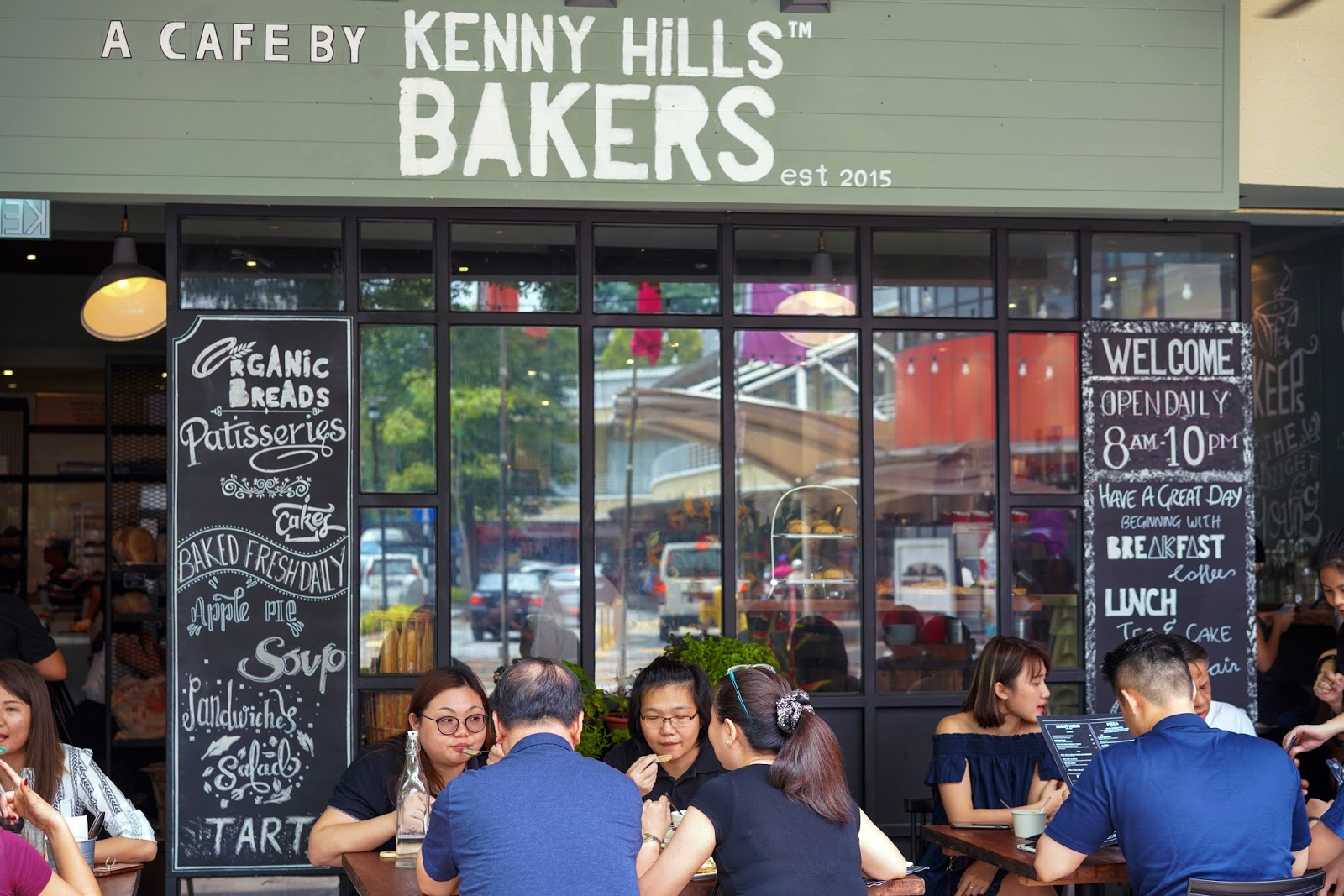 It's barely 11 a.m. on a working Monday, but it feels like half of Desa ParkCity's population has thronged The Waterfront's latest eatery, A Cafe by Kenny Hills Bakers, checking out counters brimming with cinnamon rolls and rye sourdough loaves or chatting over a chirpy brunch of Manchego cheese toasties, Flamenco eggs and sweetcorn fritters.

As its name suggests, this is a spin-off of Bukit Tunku's beloved Kenny Hills Bakers, fully retaining the original's friendly neighbourhood vibe that keeps customers coming back. But it raises the bar with a hot kitchen that rolls out a bevy of distinctive hits and by leaning in on terrifically executed cakes that tickle the imagination. If you like Kenny Hills Bakers, you might adore its baby brother. 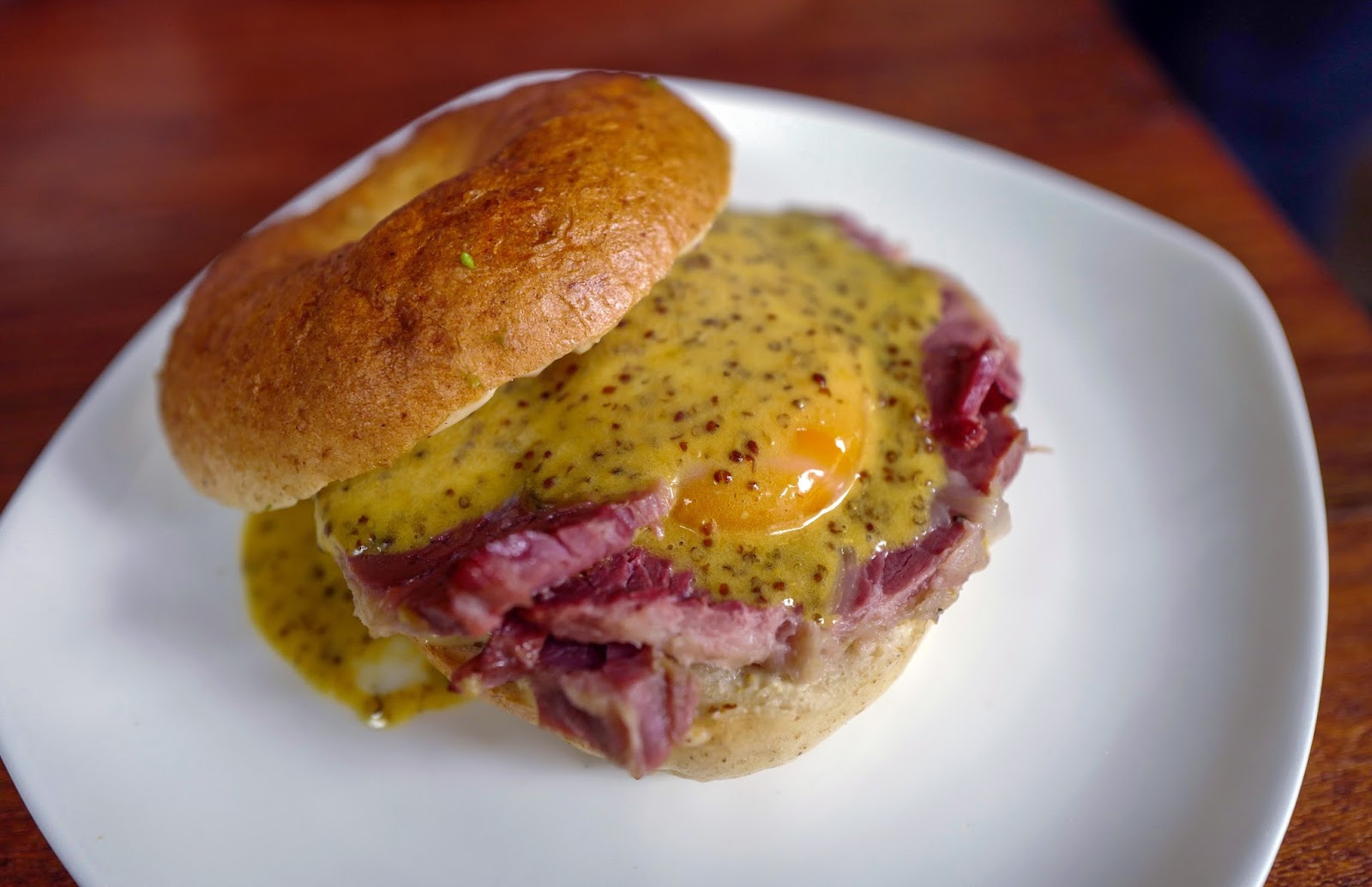 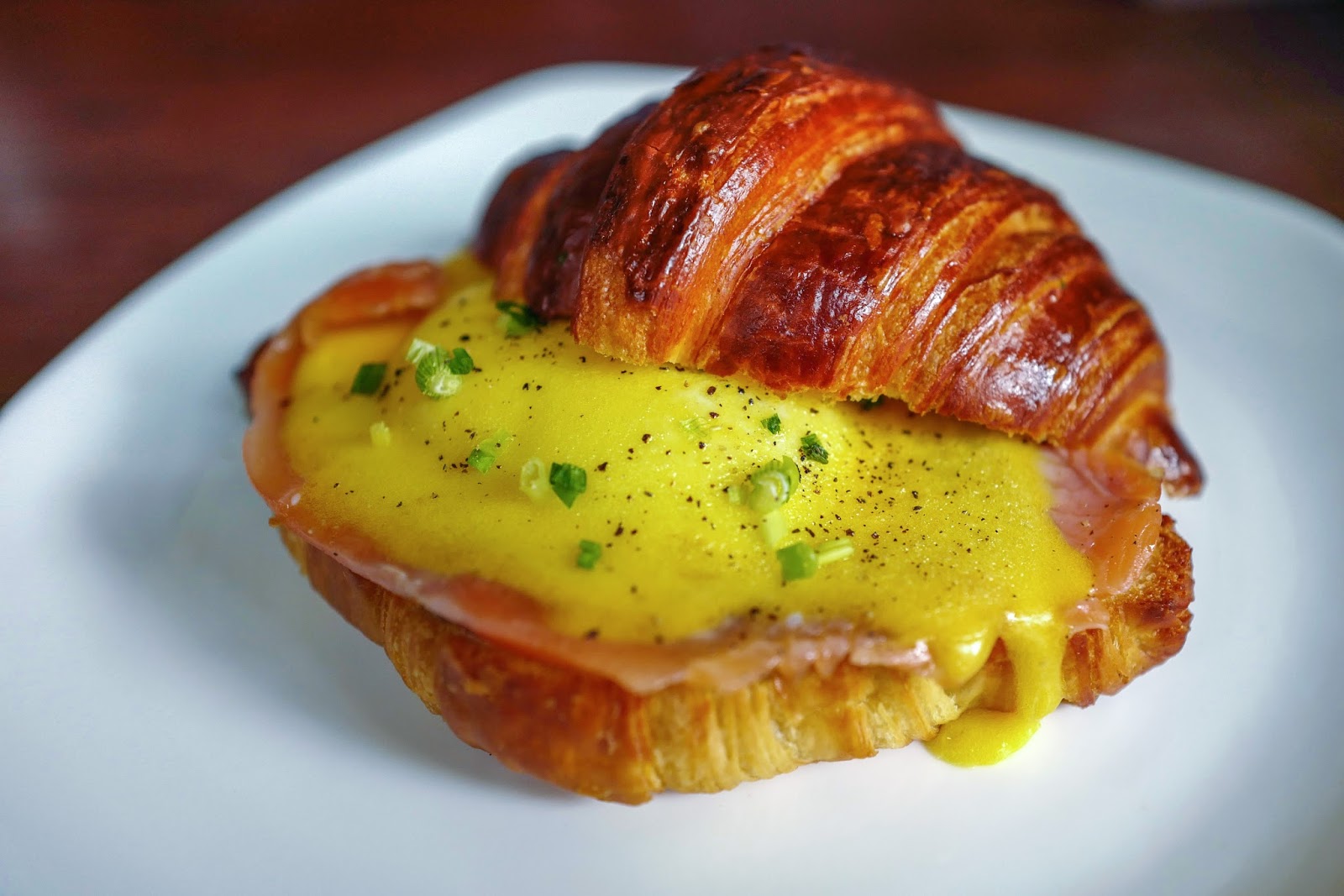 While Kenny Hills has nurtured a name as a hub for baked treats since 2015, this new cafe is catnip for patrons who want something extra with their bread and baguettes. Organic bagels, for example, come with salt beef, free-range poached eggs, horseradish and mustard sauce for layers of comforting textures and rich flavours - a bright and buoyant start to the morning (RM28).

Also available in the sandwich section, from 8am through 3pm, the Lafayette is a croissant of substance, stuffed with smoked salmon, wilted spinach, hollandaise sauce and more eggs, sous-vide cooked to preserve the purity of their runny creaminess, a testament to the behind-the-scenes expertise that makes a profound difference in the cafe's offerings (RM24). 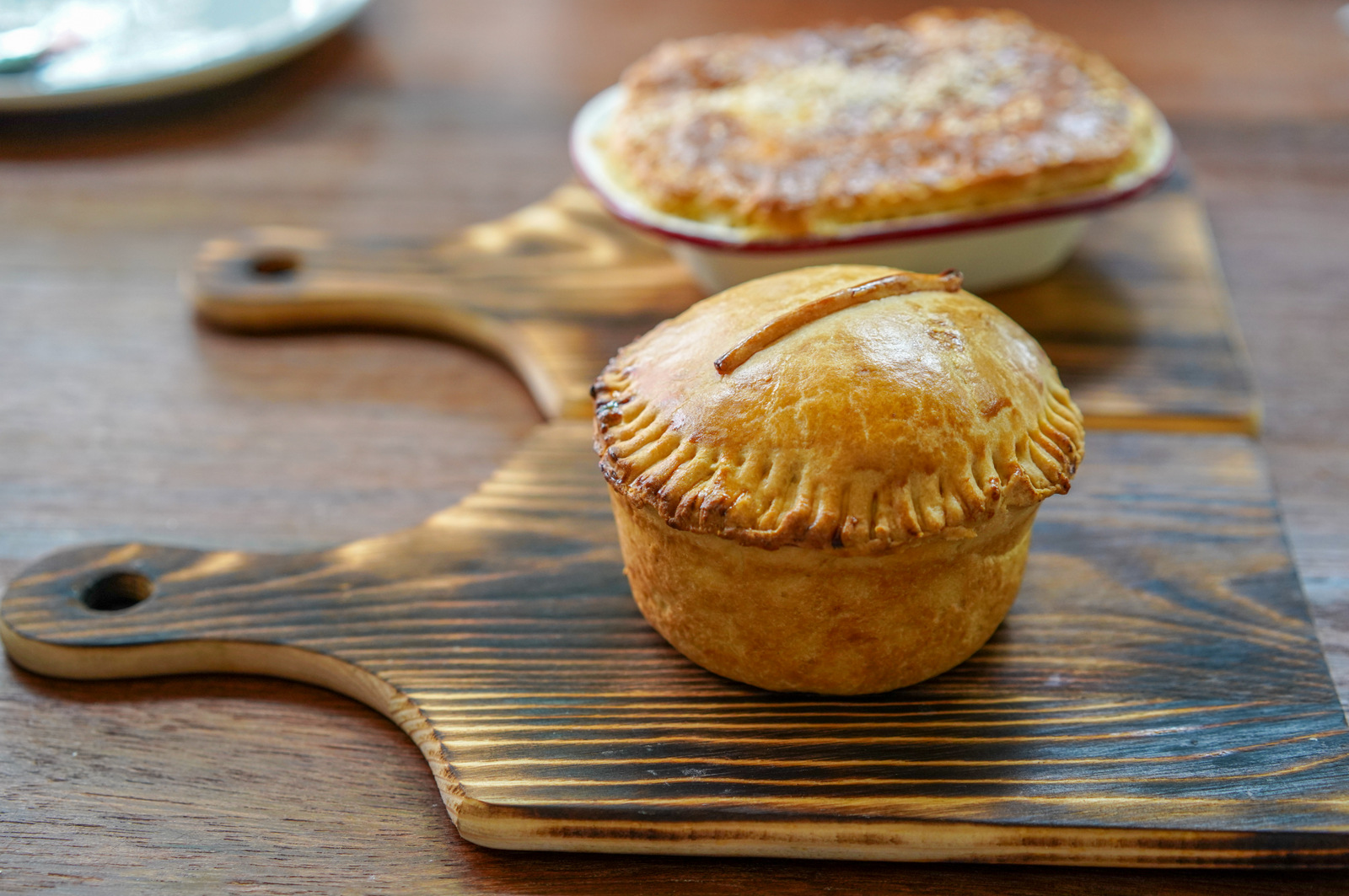 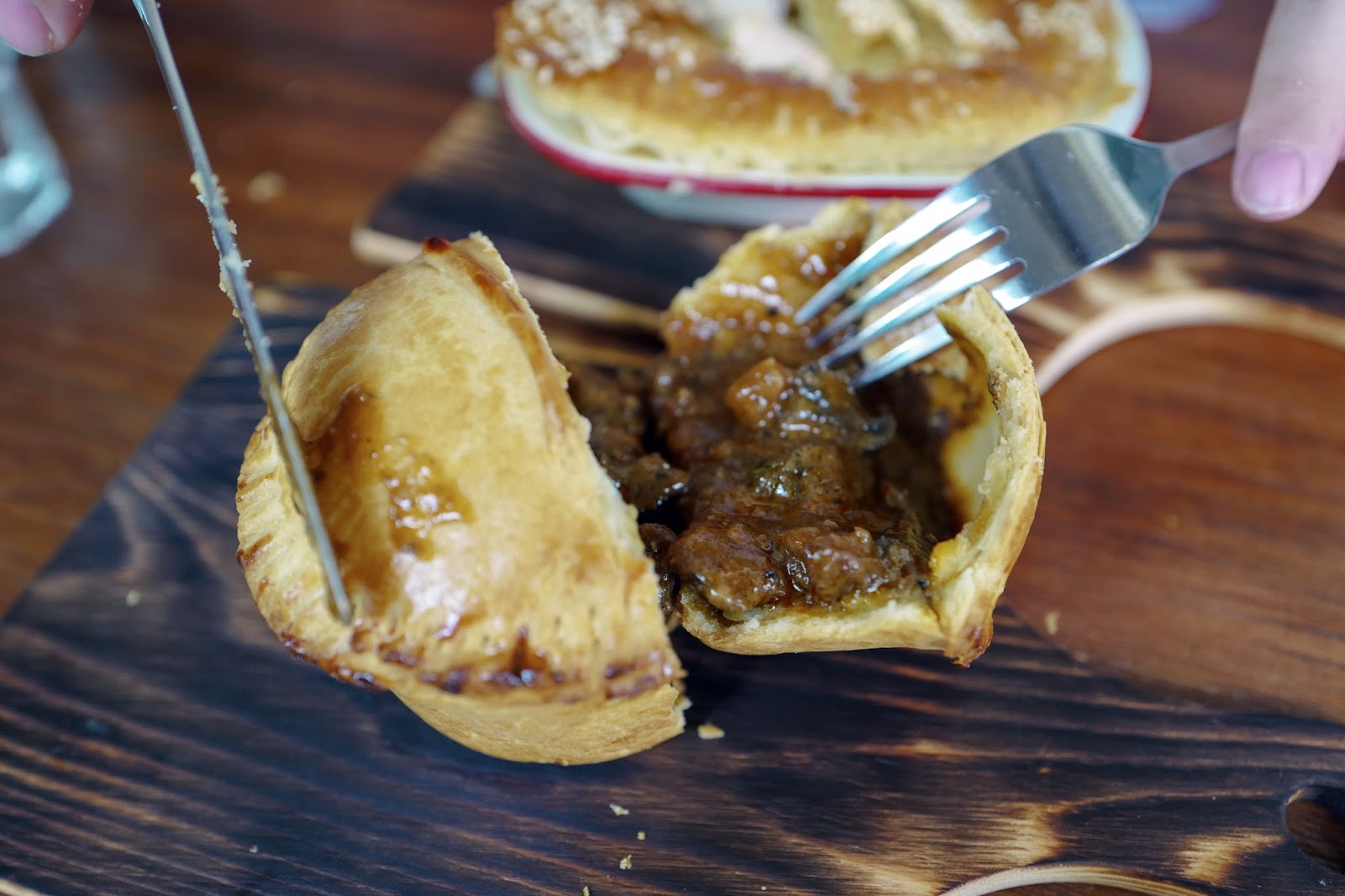 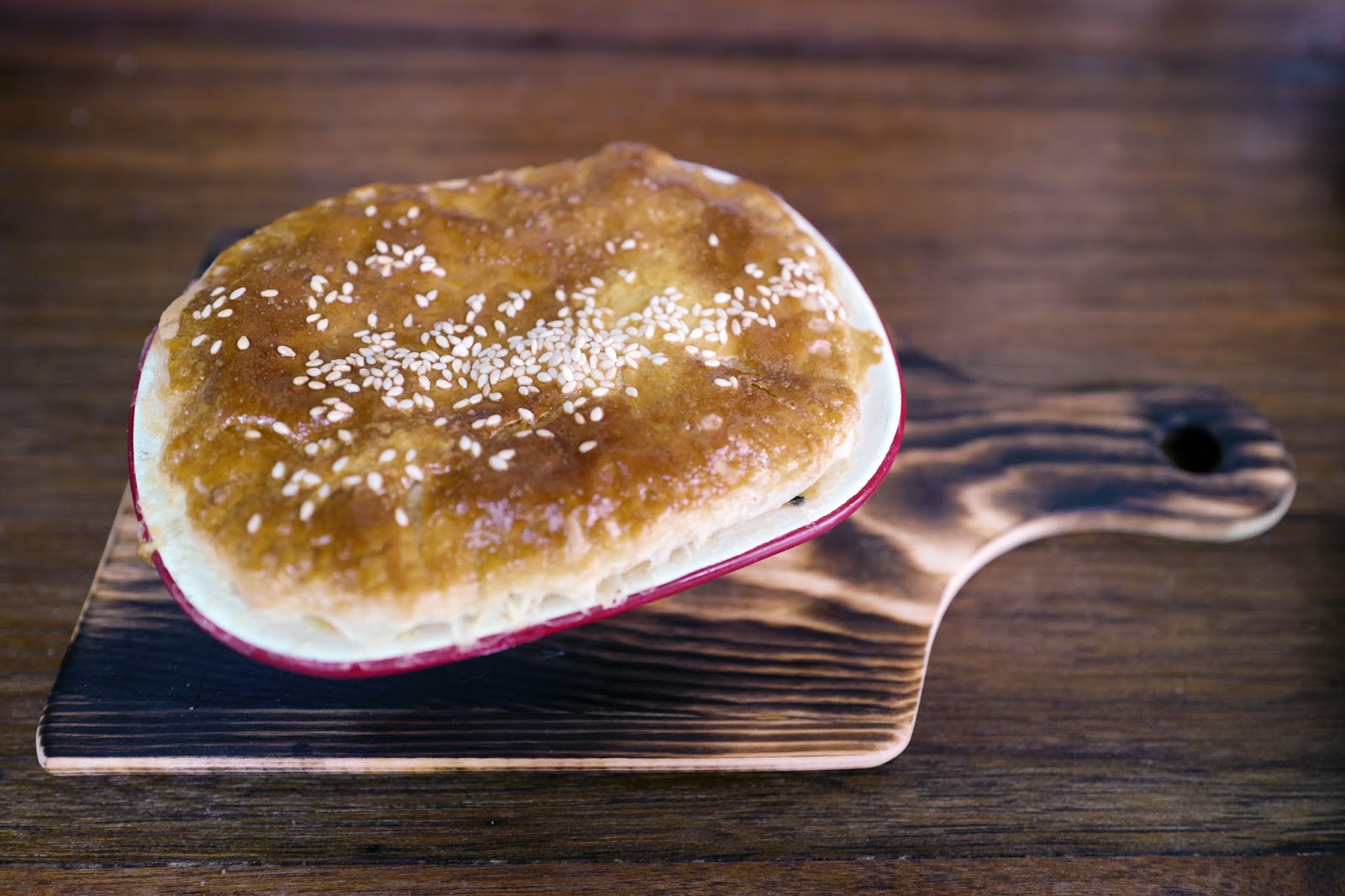 For all-day dining, the pies have it, underscoring the sense of good-old-fashioned heartiness that Kenny Hills founder Tai Hon hopes to evoke here. We're in lust with the Beef Cheek and Portobello Mushroom Pie (RM26), a triumphant take on the British steak pie, endowed with one of our favourite bovine cuts, made deeply tender to guarantee sink-your-teeth-into-this satisfaction.

The Fish Pie is nearly as excellent, from the flaky pastry crust to the well-tuned mix of white fish and salmon that lies beneath (RM28). If we had more stomach space, we'd have ordered the Chicken Pie and the Moroccan Lamb Shepherd's Pie too, but that's why repeat visits to this venue seem inevitable. 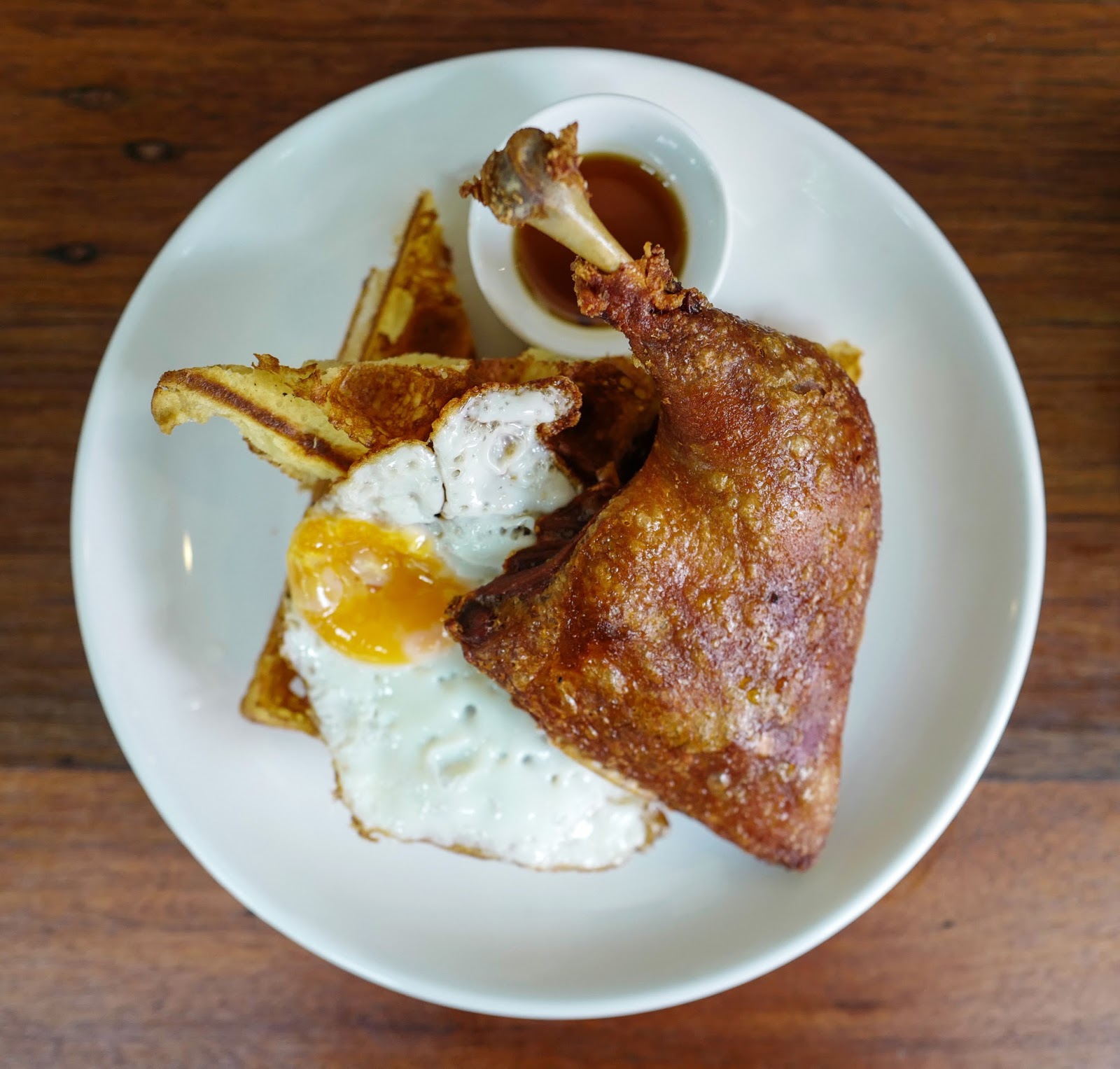 Desa ParkCity's outpost boasts another advantage, promising an exclusive Night Menu after 6pm. Tai Hon wanted to serve duck-and-waffles, recalling a recipe he relished in London, and thankfully, his cafe's head chef Kamil interprets it with flair. Kamil is a 29-year-old who's back in KL after a long stint in Australia, where he trained at Le Cordon Bleu and worked with the Rockpool Dining Group in Sydney and Melbourne; we think he's a Malaysian chef to watch.

Kamil's attention to detail shines for this dish - the fowl is sourced from a free-range farm in Sungai Buloh, where poultry is bred to bring out clean, clear nuances in the final result. The duck confit undergoes the sous-vide treatment for three hours, and has hints of orange zest, bay leaves and thyme to balance out the meatiness. Even the waffles and the sauce aren't afterthoughts; the former is constructed with batter that's crisp, eggy and milky (think French toast), while the latter blends maple syrup and savoury elements to buoy the entire ensemble. 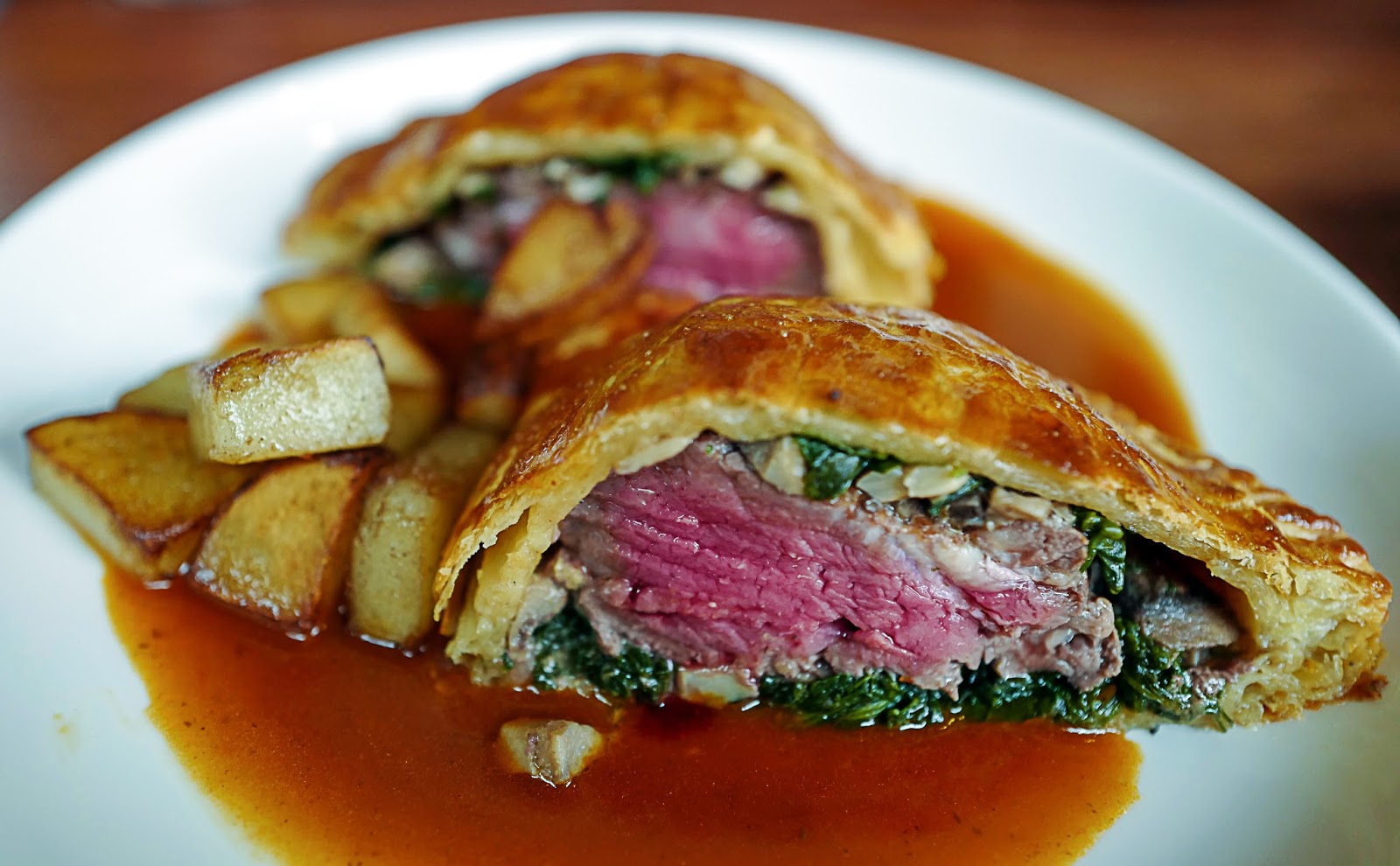 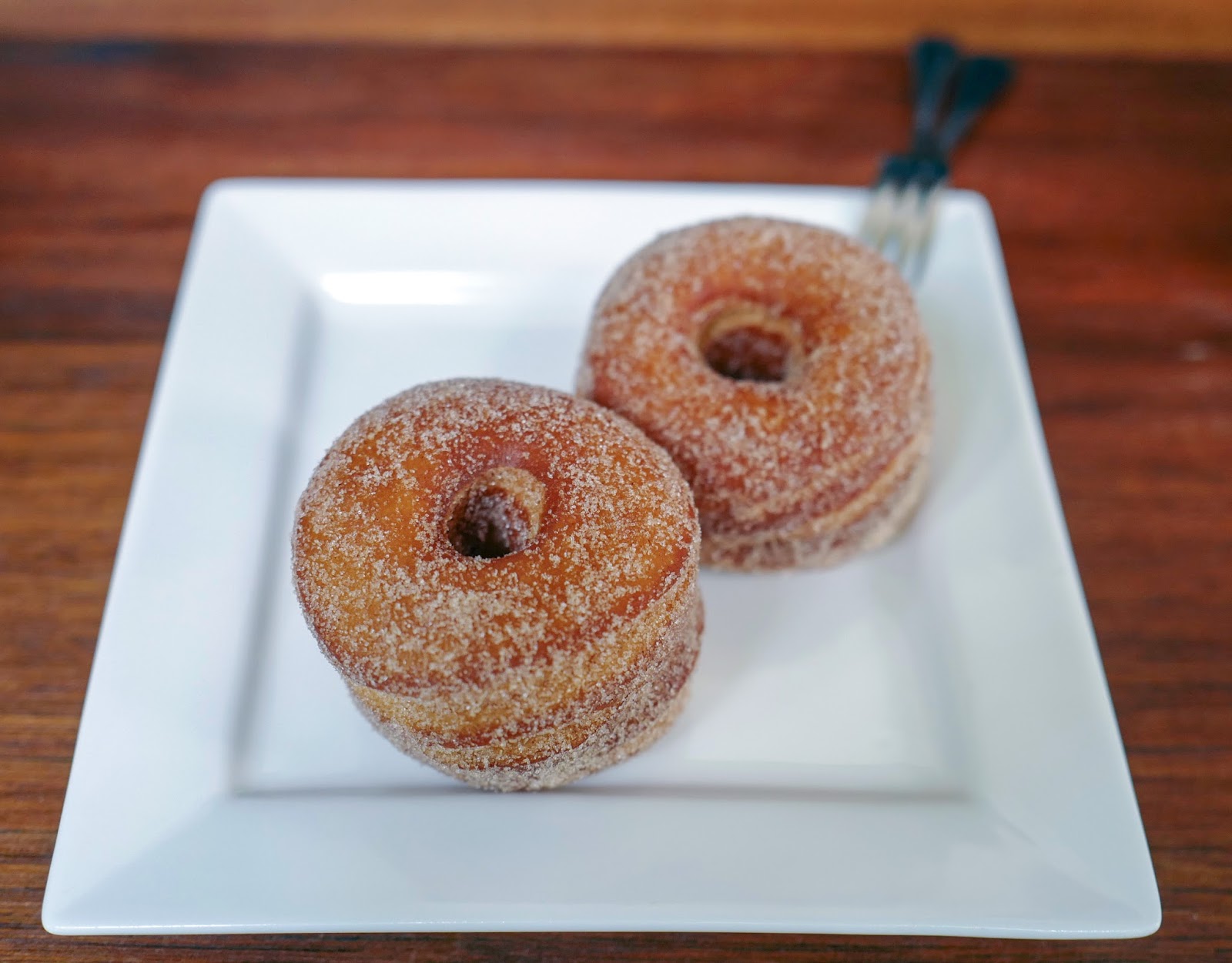 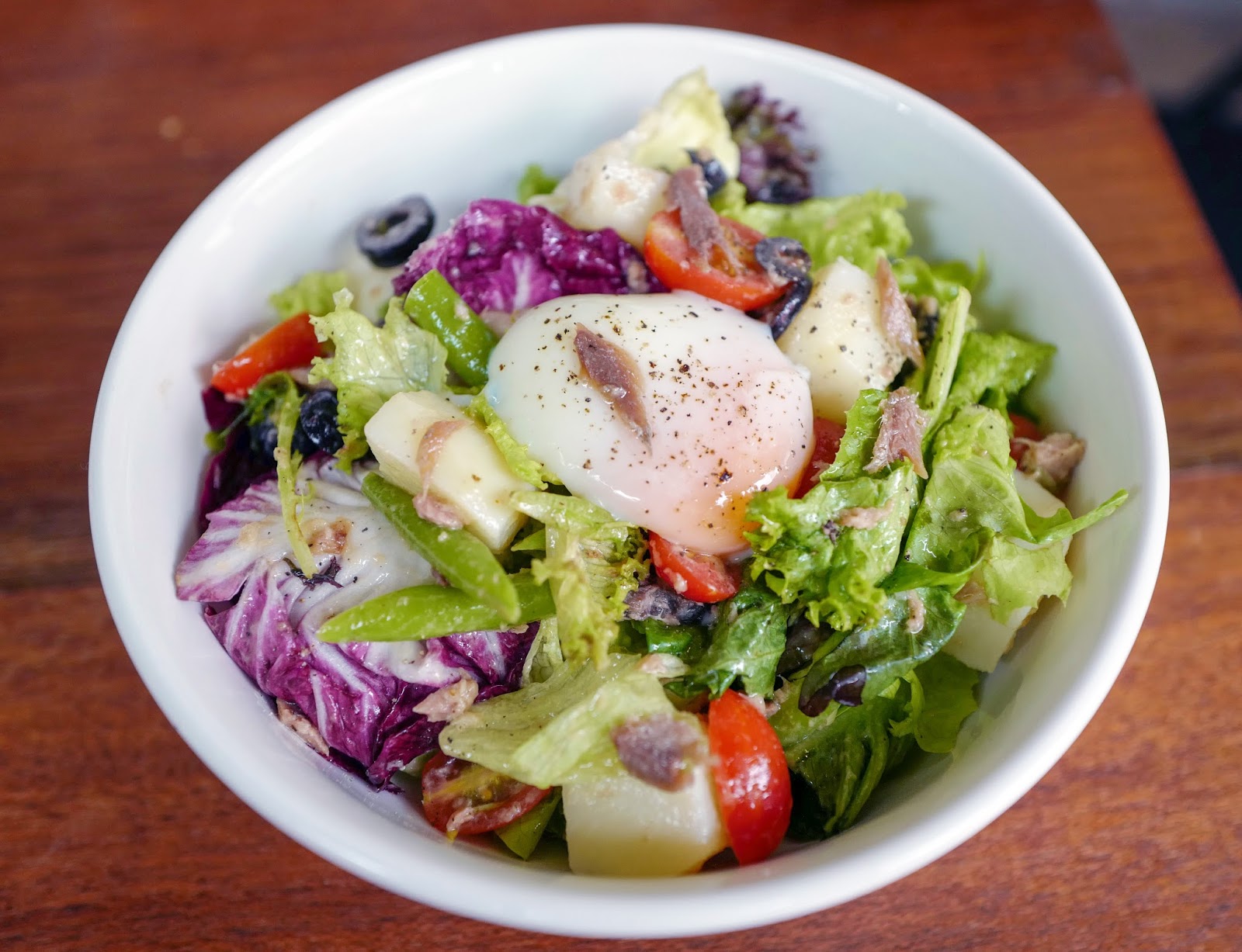 Another evening highlight is the Beef Wellington - 180 grams of succulent wagyu rump, encased with wilted spinach and truffle mushroom paste in puff pastry, executed immaculately, well worth the RM68 price tag. Not many venues in KL tackle Beef Wellington on a regular basis, and fewer still do it this impressively.

We're scarcely scratching the surface of the selection, but shout-outs should go to the lovely Brioche Doughnuts, buttery-fluffy to their core (RM6), and the Salad Nicoise, its juicy veggies lightly coated with line-caught Spanish tuna tinned with olive oil (RM30).

A Cafe by Kenny Hills Baker has also secured a pizza oven since our visit earlier this month, so that's something else to look forward to for sunset meals. 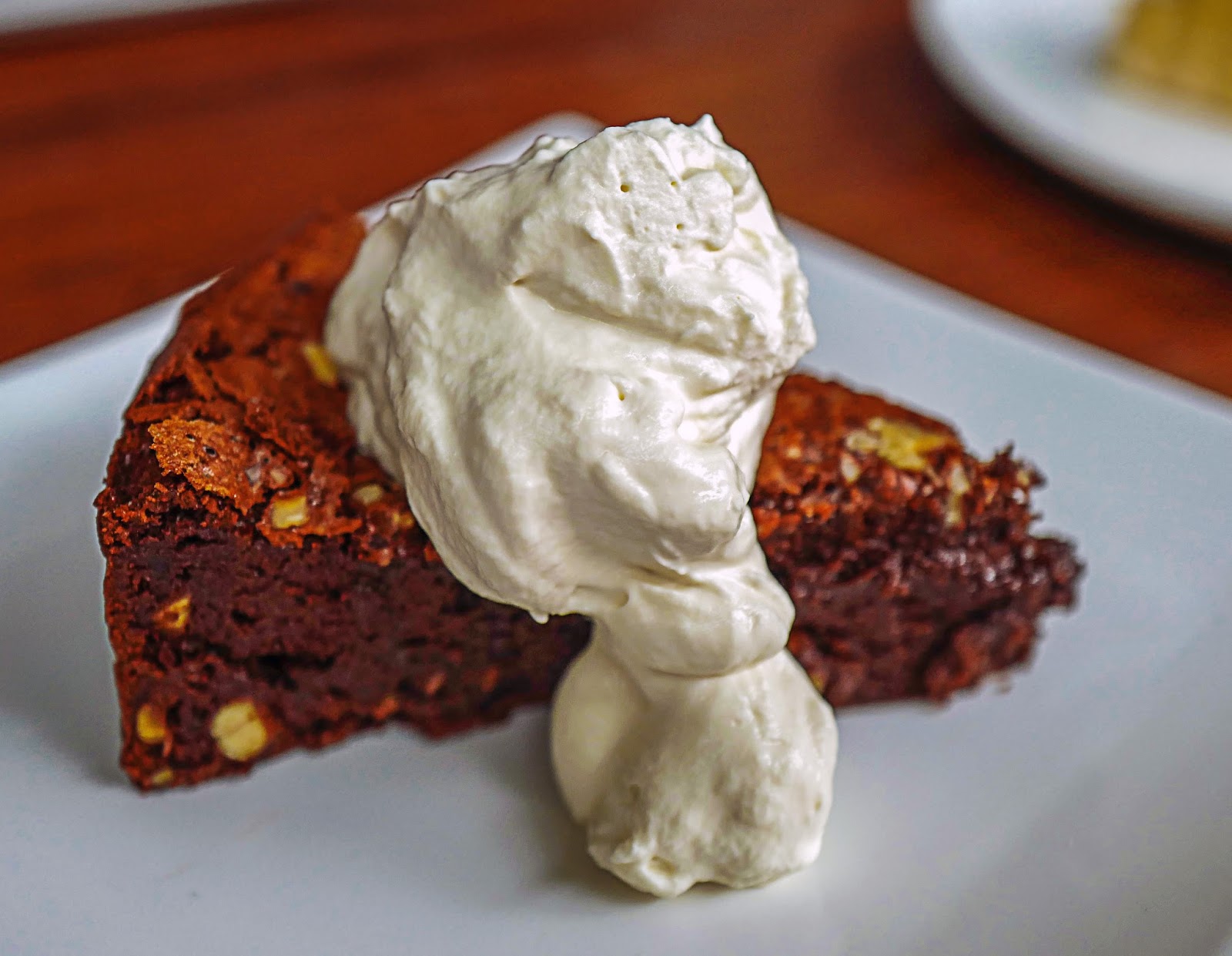 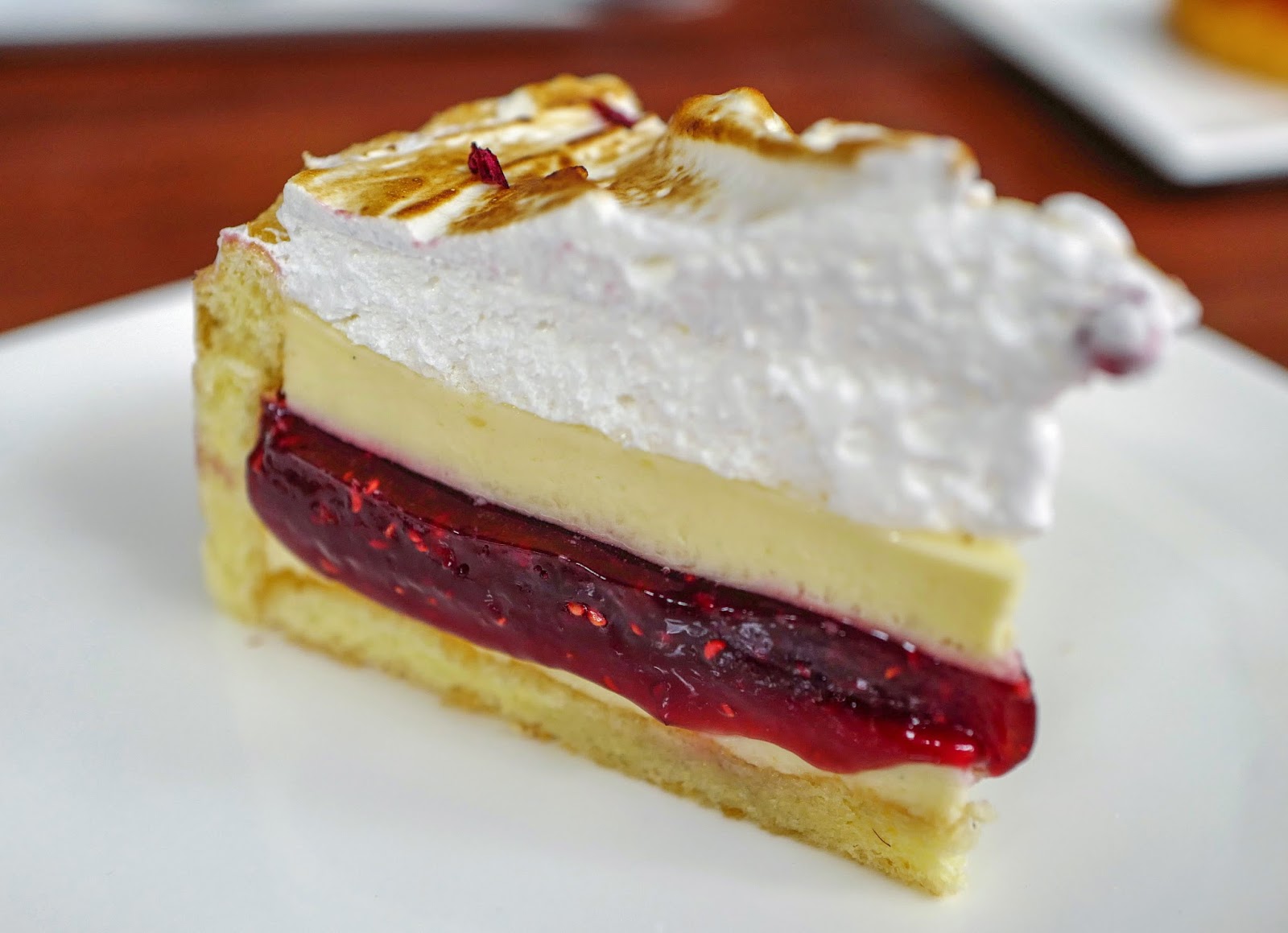 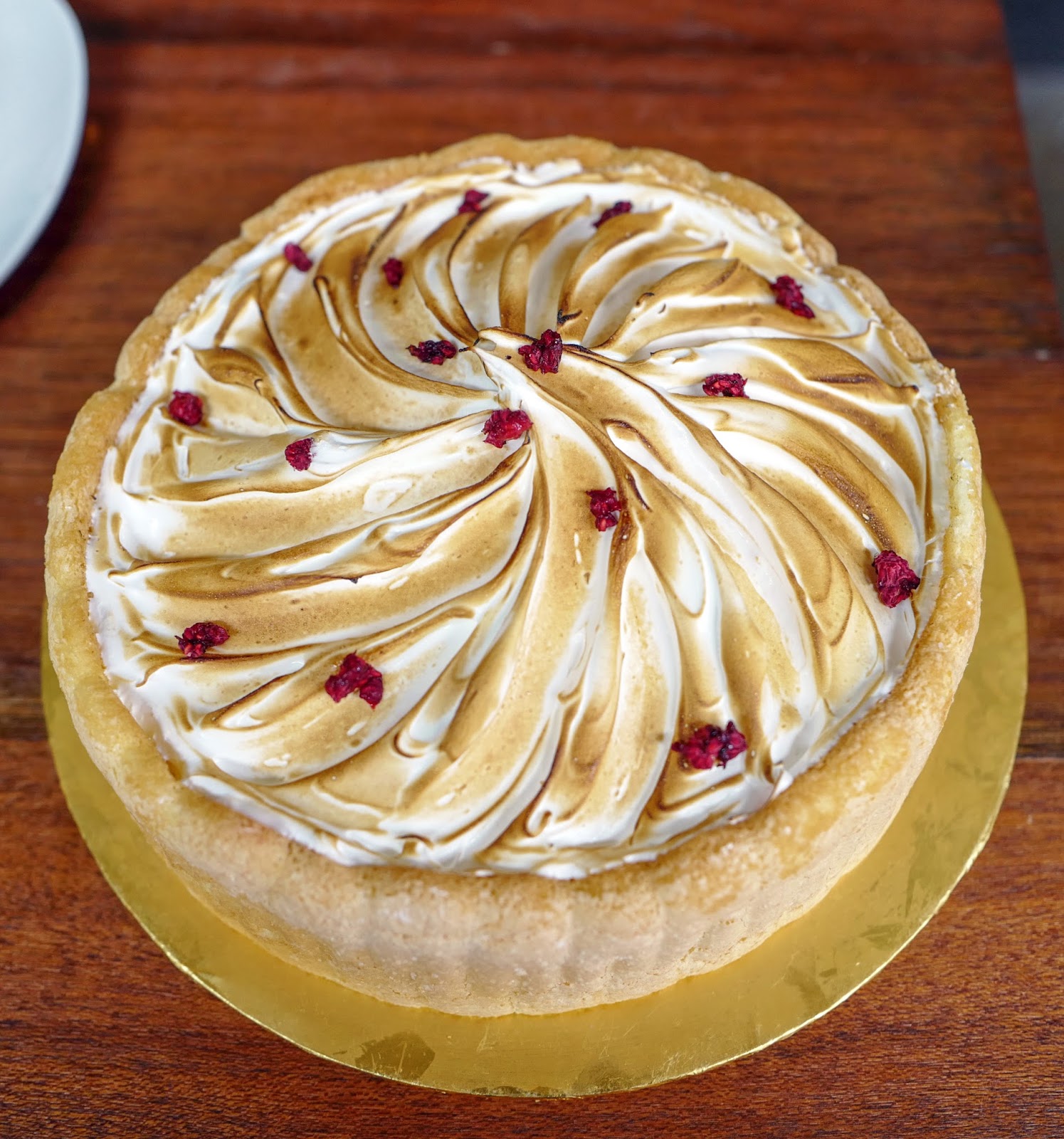 A sweet conclusion is compulsory, courtesy of the cafe's cakesmith extraordinaire Ann Lee, perhaps KL's unsung diva of desserts. Ann's philosophy is to never serve customers what she herself wouldn't eagerly consume, so every calorie in her concoctions counts for a proportionate measure of pleasure.

The Chocolate Hazelnut Fudge (RM19) is irresistible - a little nutty, a lot fudgy, blissfully chocolatey. It's heavenly, but what lifts it lusciously to the skies is the puffy cloud of Baileys cream that both complements and contrasts with the cake beautifully. Eat it and weep.

Another cake with a kick is the Kirsch Raspberry Meringue (RM19), simultaneously naughty and nice, each layer meticulously conceived from bottom to top, infused subtly with kirsch, from the ladyfingers sponge and creme patissiere to the house-made raspberry marmalade, pillowy-soft meringue and raspberry flakes - less flamboyant than the fudge cake, but possibly even more remarkable in precision of technique. 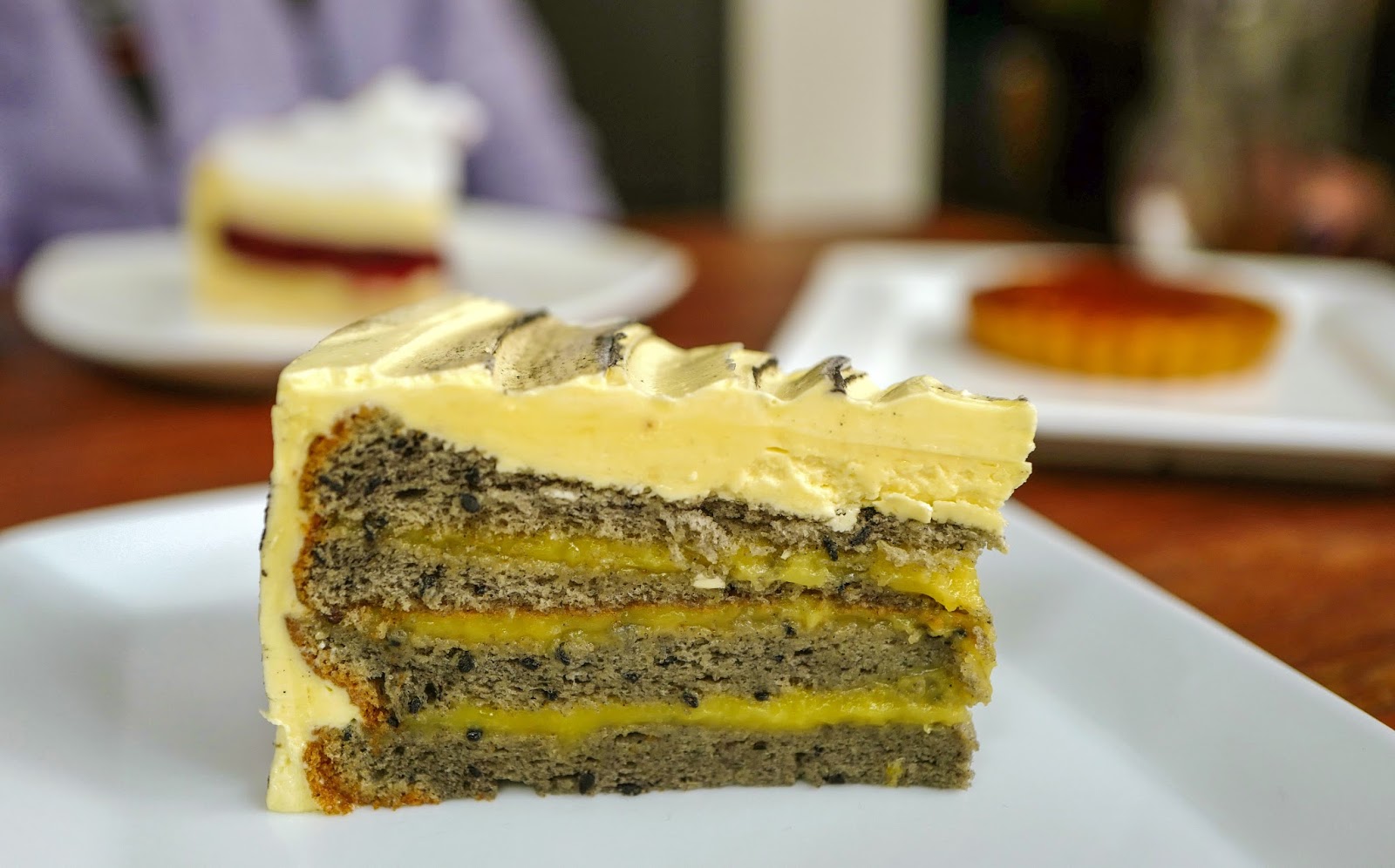 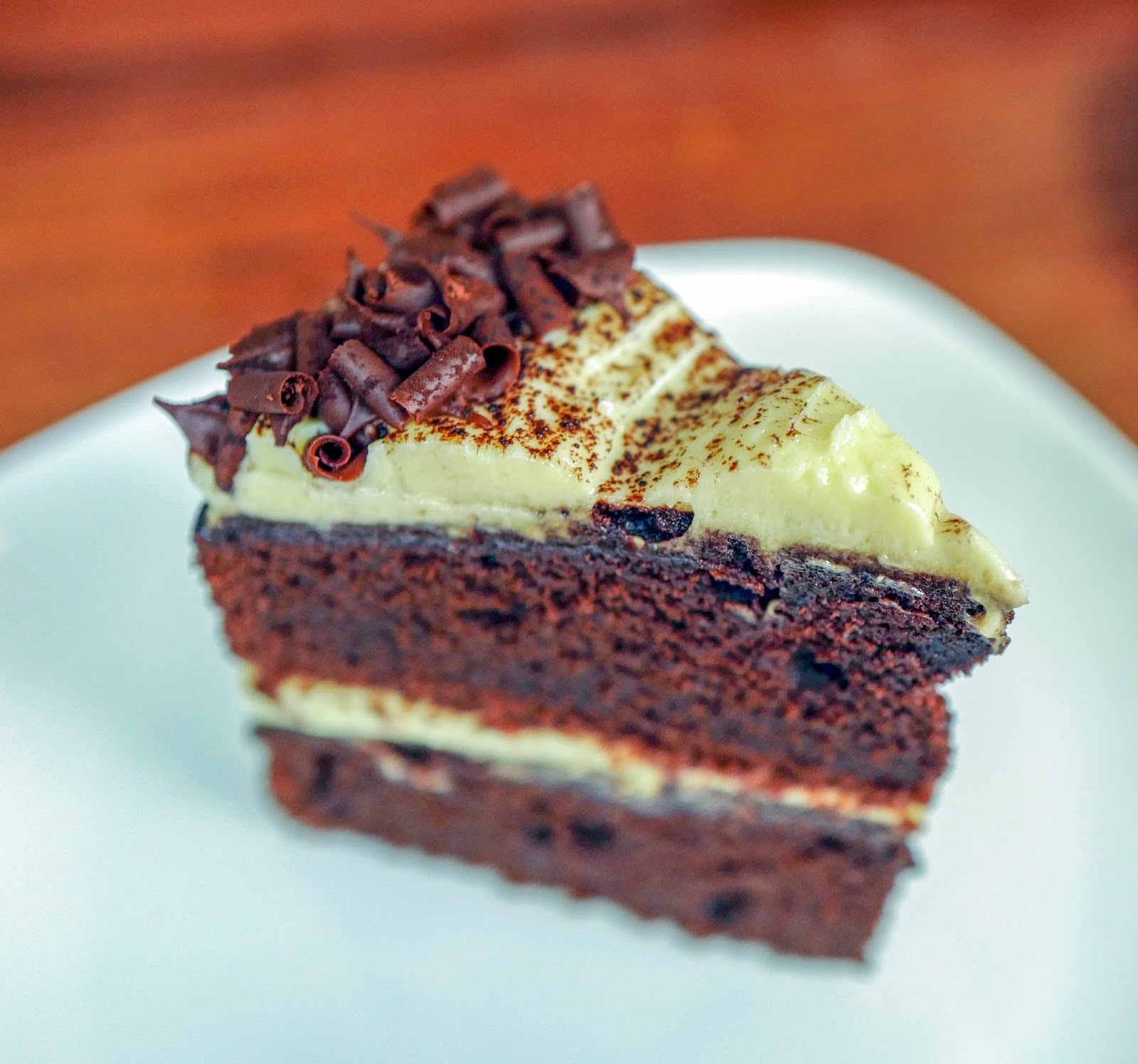 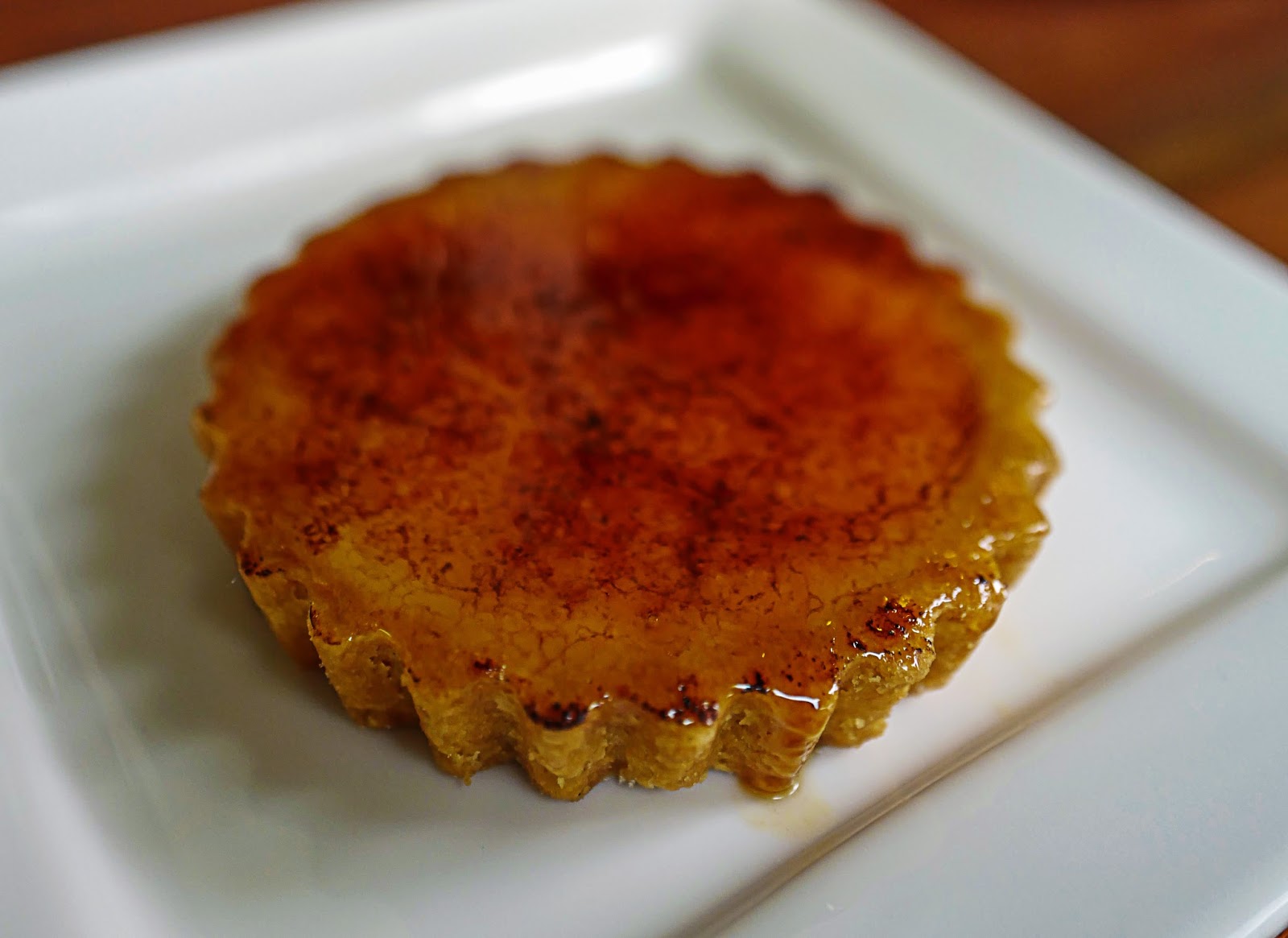 If cakes are your guilty pleasure, the cafe compels you to keep indulging: The Citrus Goma brings together black sesame, lemon curd and lemon buttercream with delicate, delicious grace (RM15), while the Chocolate Doppio is a tall order that we made short work of, each bite suffused with the enchanting aftertaste of espresso (RM15).

The Tarte Au Citron Brulee is a sure-fire winner that we think everyone will love, impeccably combining some of the finest qualities of tarts and creme brulee (RM15). These are joyful desserts, designed with genuine artistry. 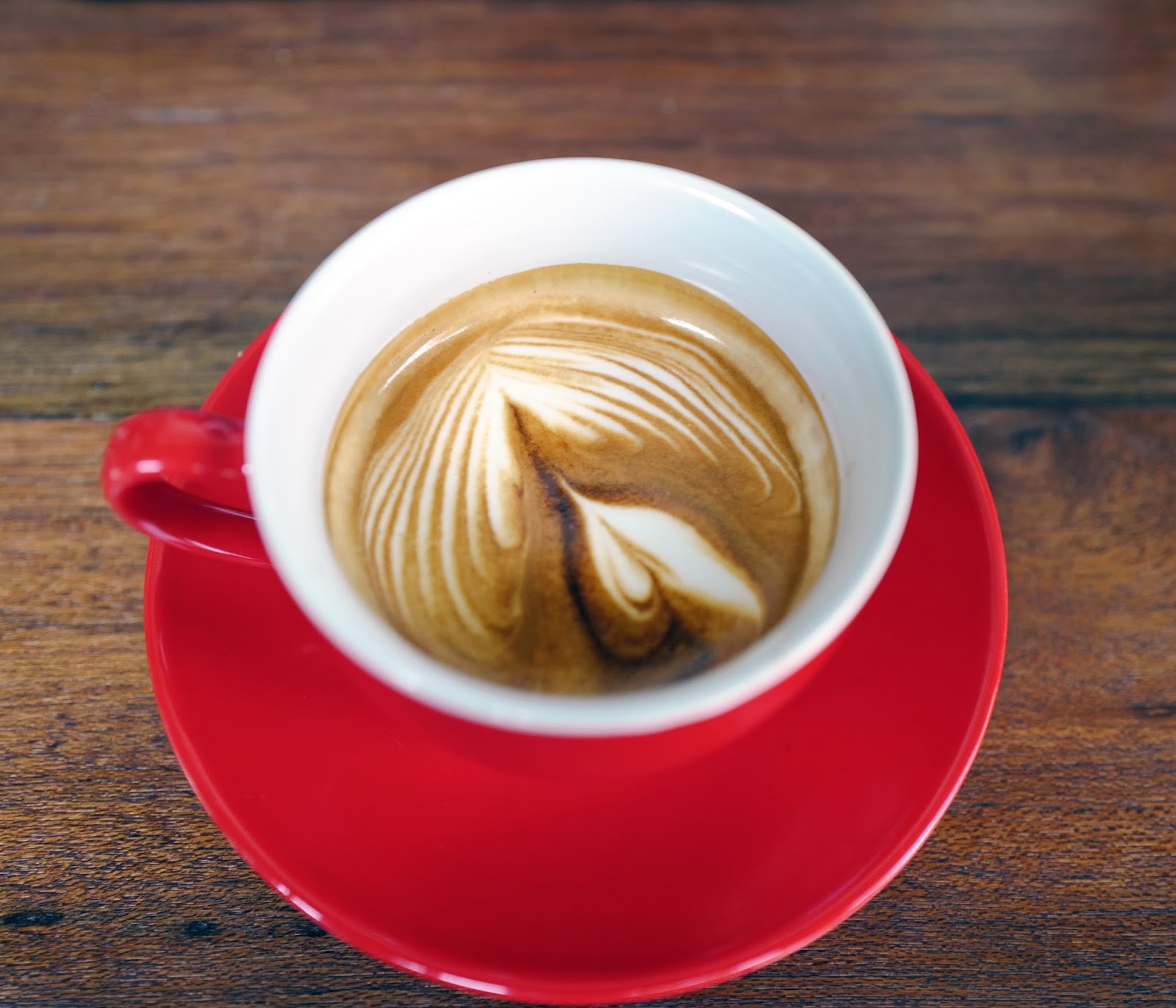 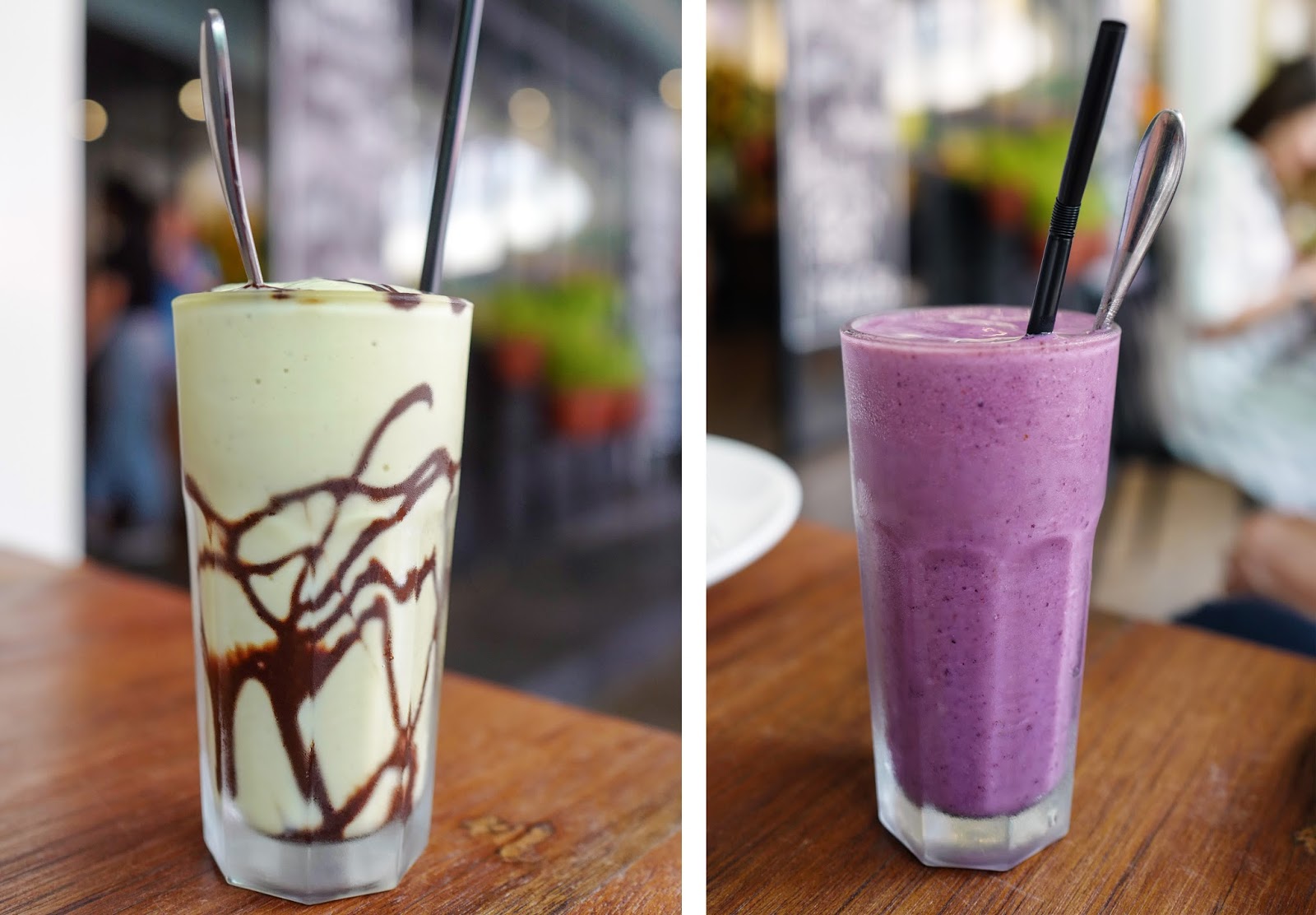 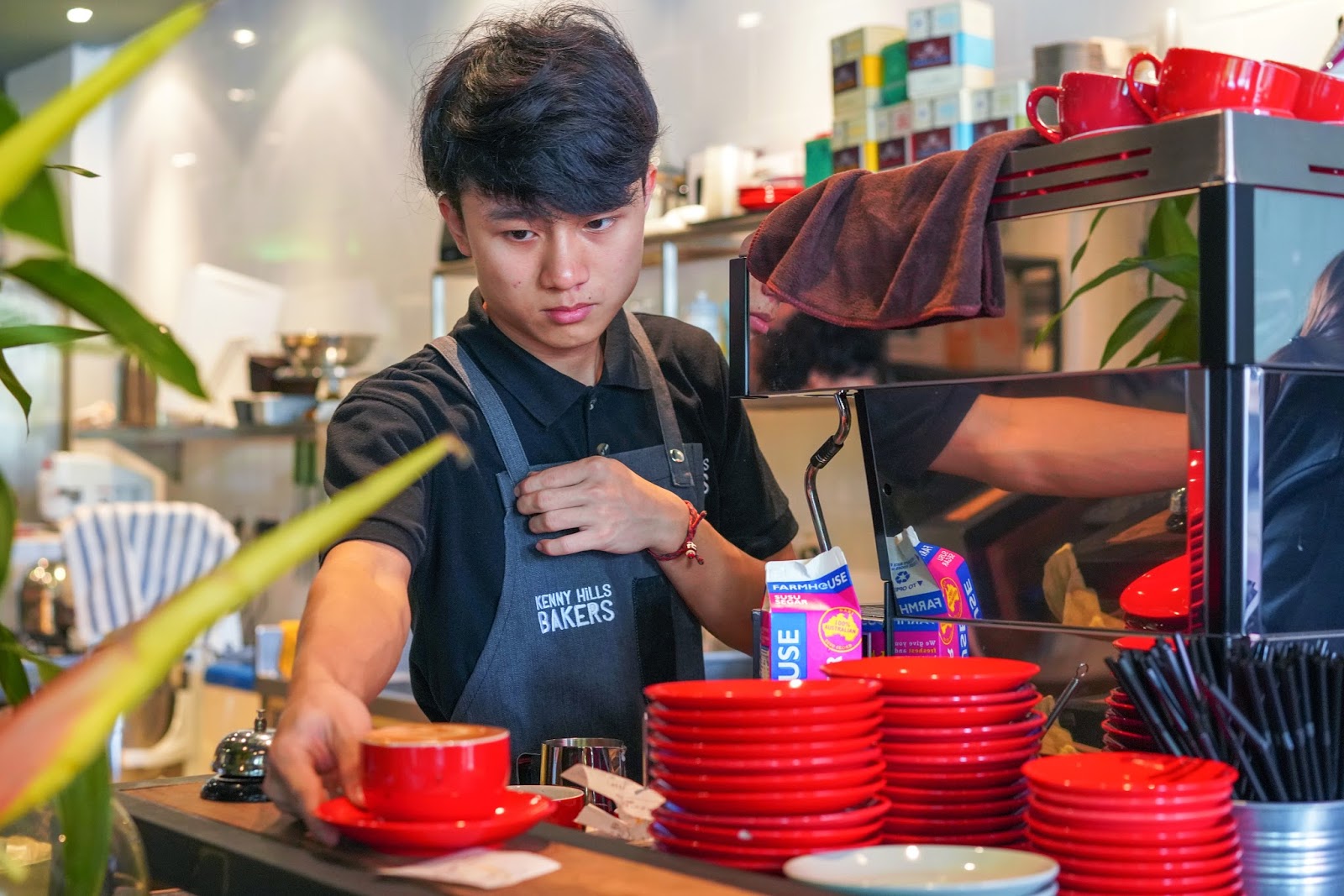 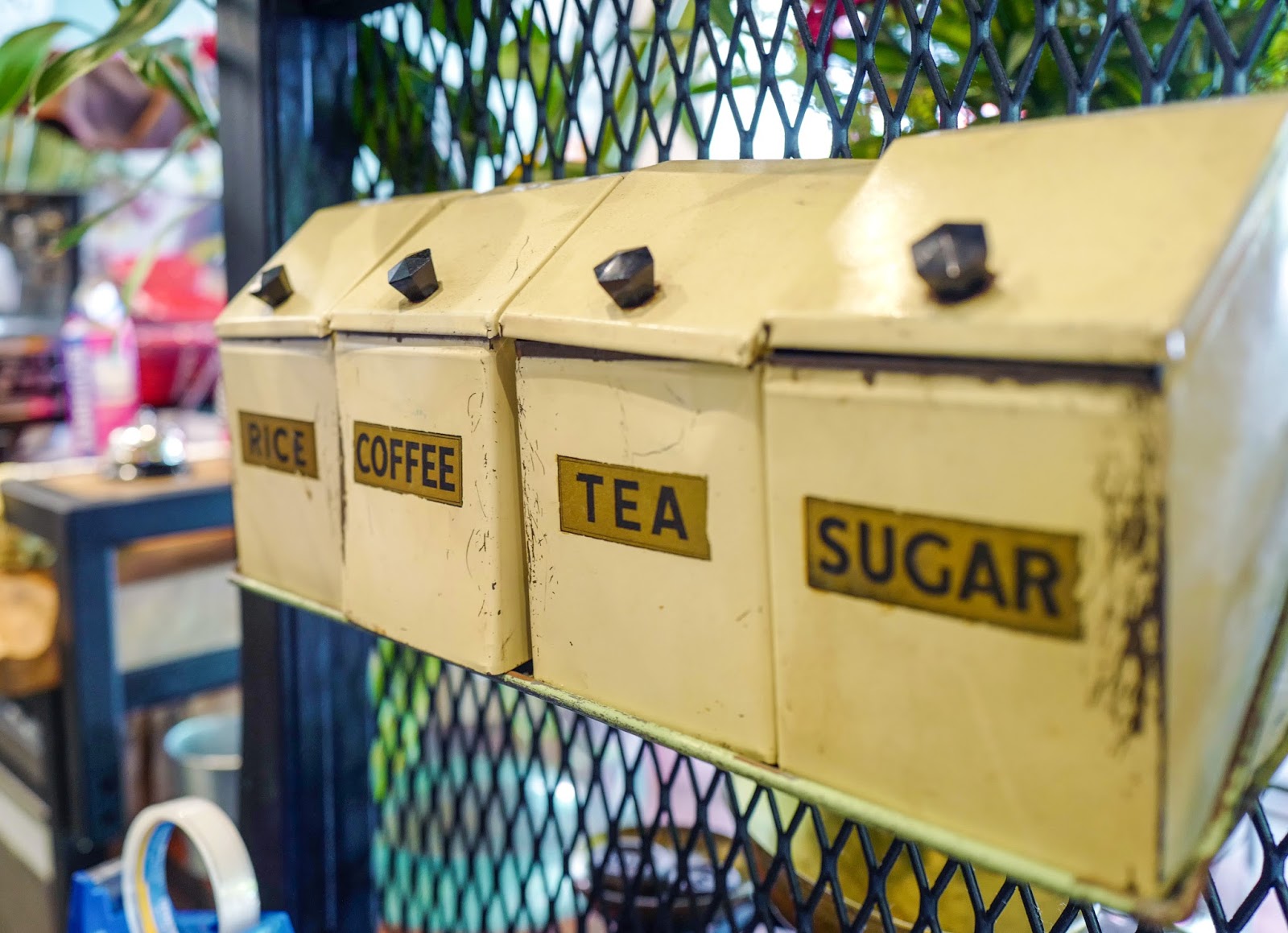 One of the reasons Tai Hon founded Kenny Hills Bakers was to have a place where he himself could rely on the coffee; a sip of the new cafe's cortado (RM11) ensures that customers will share his sentiments. Non-caffeinated perk-me-ups include the Banana Berries (RM16) and Avocado Chocolate (RM16), the latter a longtime favourite of Tai Hon's when he spent time working in Indonesia.


All in all, A Cafe by Kenny Hills Bakers is the rare place that hits so many right notes - the team here has skill to spare, but there's also a human touch that exudes true warmth and character, evidenced by a personal interpolation in everything from the murals to the service (it'll be no surprise to see Tai Hon and his wife attending patiently to customers). Many thanks to A Cafe by Kenny Hills Bakers for having us. 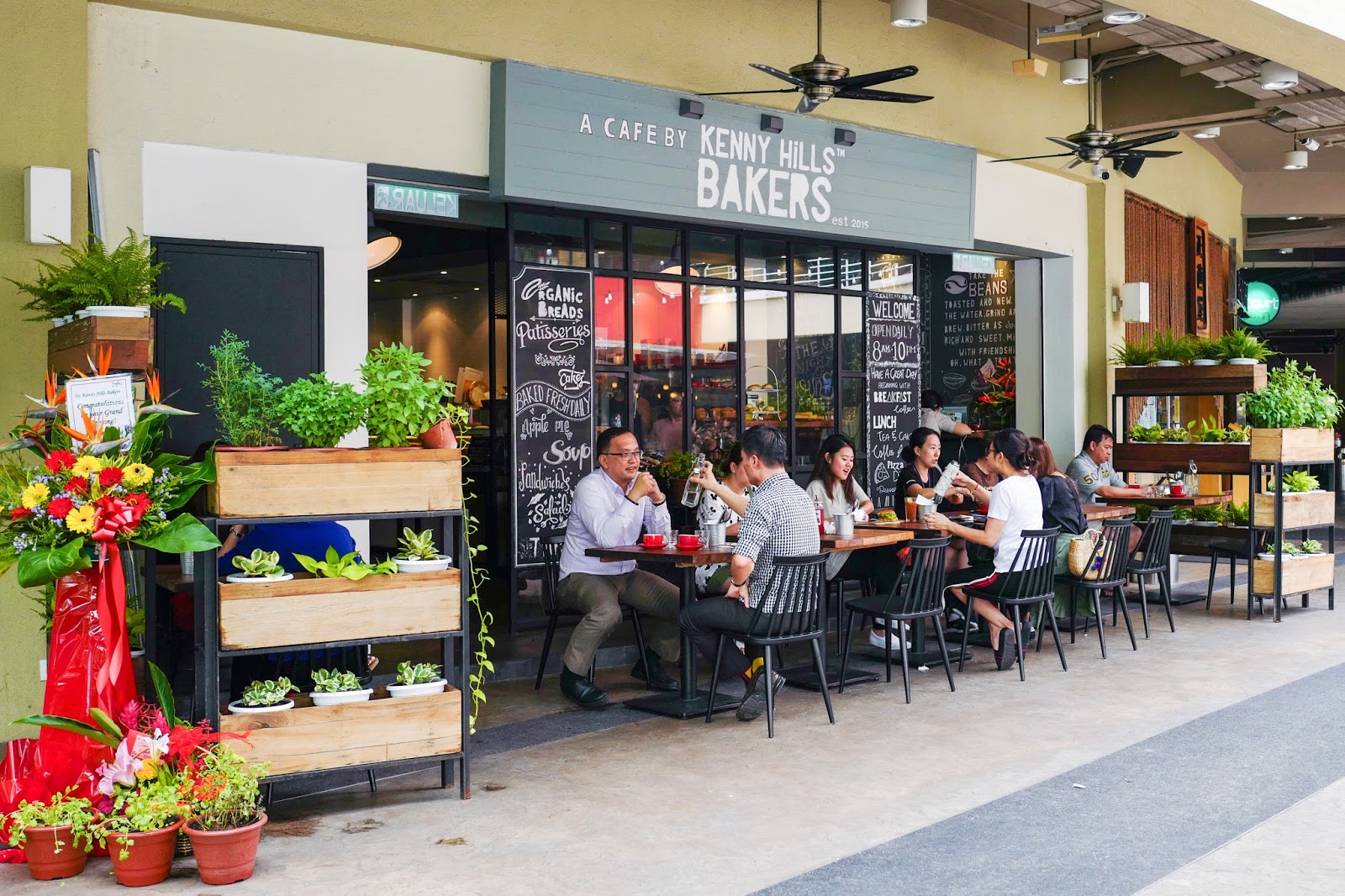