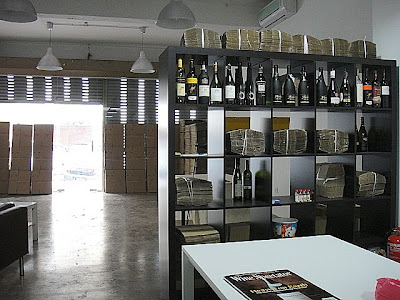 If this looks nothing like a restaurant, that's because it's not. It's the sorta-secret headquarters of Wine Actually, billed as Malaysia's first licensed online wine merchant.
Wine Trivia #1: It can take 2.5 pounds of grapes to produce a regular bottle of wine. 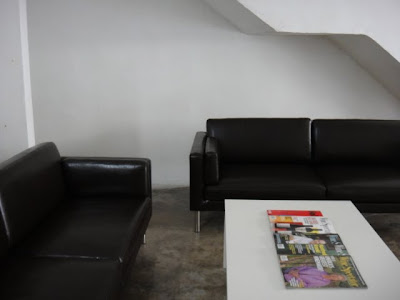 Full details can be found on wineactually.com, but company co-founders Shaun Lee and Wilson Quah basically provide a nice selection of wines for customers to purchase on the website and have delivered to their doorsteps.
Wine Trivia #2: Italy, France and Spain are the largest wine-producing nations. 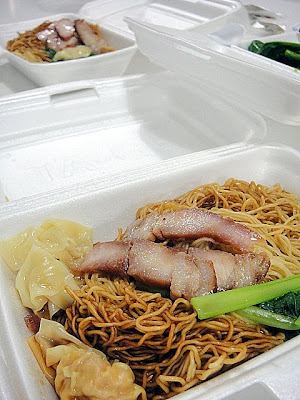 Both guys _ who've confessed on their website to a sordid history of underage drinking _ also run wineactually.tv, a collection of video clips that feature them tasting wine and offering nuggets of wisdom about how to enjoy various varieties.
Wine Trivia #3: The Latin phrase "in vino veritas," or "in wine, (there is) truth," refers to how consuming alcohol can cause people to speak the truth and spill their secrets. 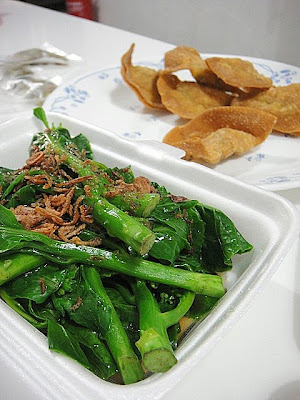 I shamelessly invited myself for lunch at their office, shortly after Shaun and Wilson had opened a bottle for a wineactually.tv segment. They also packed some pretty tasty wantan mee, sui kow & veggies from Yip Kee at Menjalara Business Square.
Wine Trivia #4: California's Napa Valley wine region surpasses Disneyland as the U.S. state's top tourist destination, with more than 5 million visitors annually. 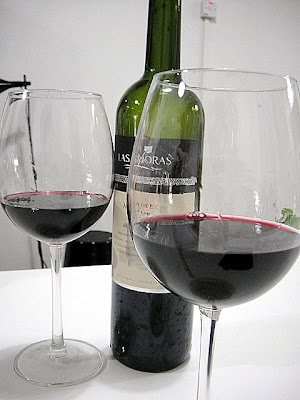 What went well with all that food? Las Moras Malbec 2008 (Argentina) _ very pleasant and easy to drink (sold by Wine Actually for roughly RM62). I thought there was a strong whiff of cherries in this, but Shaun pointed out that it was probably blackberries (which a Google search later proved to be accurate).
Wine Trivia #5: The biggest type of wine bottle is called the Nebuchadnezzar, which contains 15 liters of wine (equivalent to 20 standard bottles). 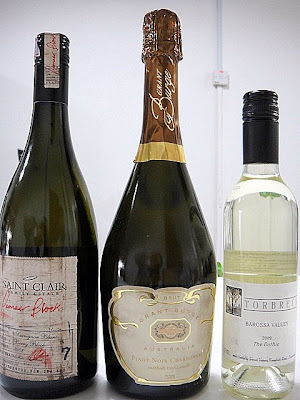 Took the opportunity to purchase some wines for future use: Saint Clair Pioneer Block 7 Sauvignon Blanc 2008, Grant Burge Sparkling Pinot Noir Chardonnay NV & Torbreck The Bothie 2009. Prices are listed on the website _ pretty good bargains, compared to the restaurant prices that we usually pay.
Wine Trivia #6: The cheapest bottle of wine at wineactually.com costs RM34. The most expensive is a RM332 Pinot Noir. 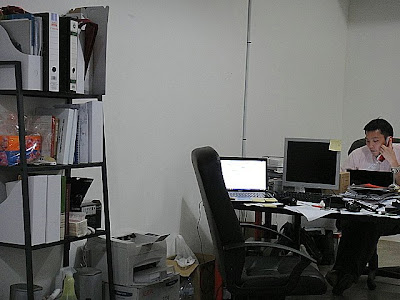