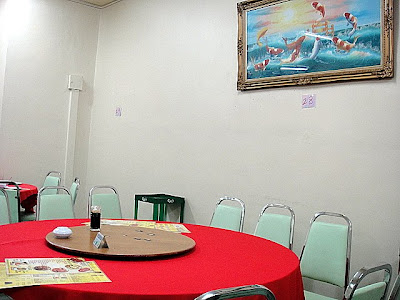 Chinese New Year might be over, but the memories still live on. Right? 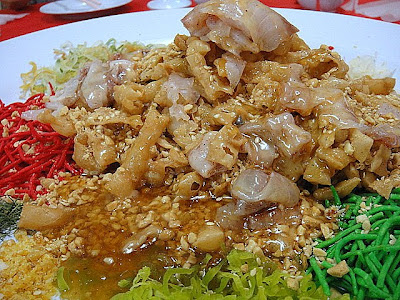 Anyhow, with the exception of this mediocre yee sang, the other dishes that we ordered at this decade-old restaurant will probably remain available all year round. 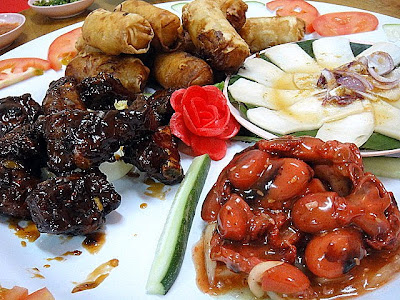 We had mixed feelings about this Four Seasons platter. The abalone slices and marinated baby octopus were OK (though unexceptional), but the spring rolls were abysmally bland, while the pork ribs were soaked in a sickeningly sweet sauce. 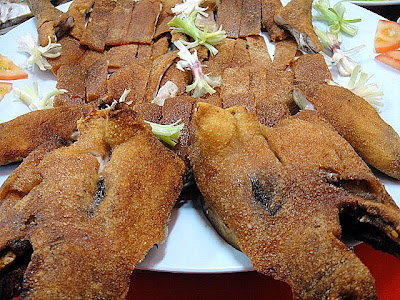 Suckling pig. A massive portion that even 10 people might be hard-pressed to finish. Our complaint: while the skin was crisp, it wasn't brittle enough. 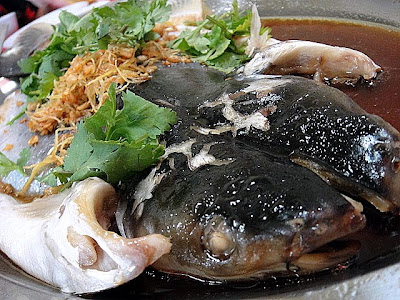 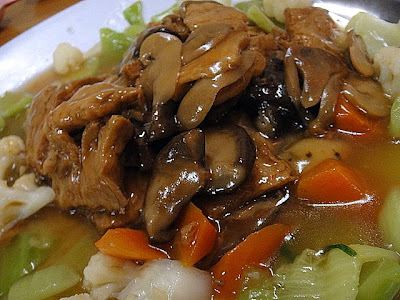 Mixed veggies with bean curd. Most Chinese diners would have eaten this more than a hundred times in their lifetimes, for better or worse. 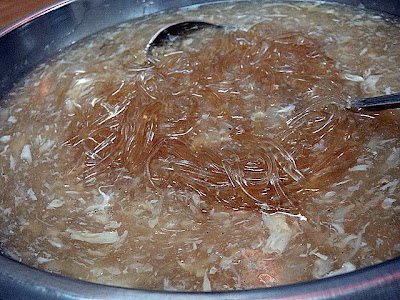 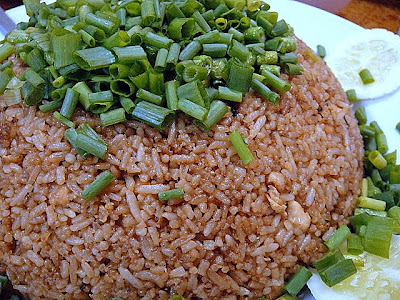 Yam fried rice. Not bad, but we were too stuffed to dig into this dense mound of carbs. 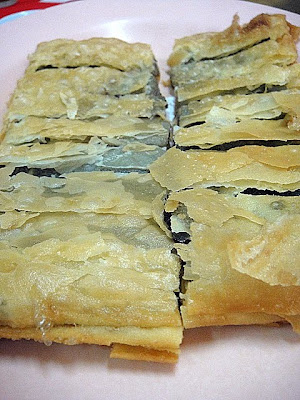 Pan-fried pancakes. Piping-hot and pretty addictive. Not too greasy, fortunately. 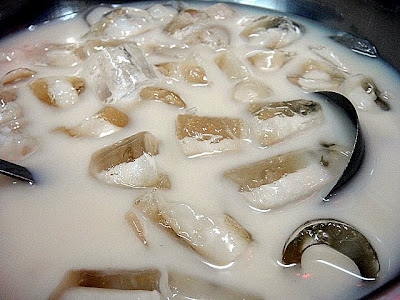 Longan in chilled soybean milk. Tasted very much like we imagined it would.
Wellcome,
Jalan PJS 8/5, Sunway Mentari.
Find us on Find us on