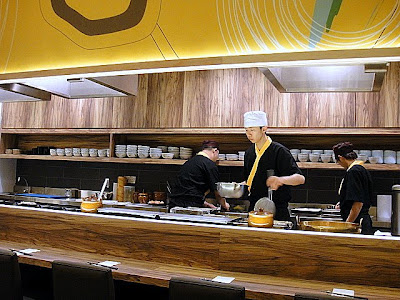 Two sister restaurants, situated side-by-side at Pavilion's Tokyo Street precinct, one specializing in donburi and the other in teppanyaki. 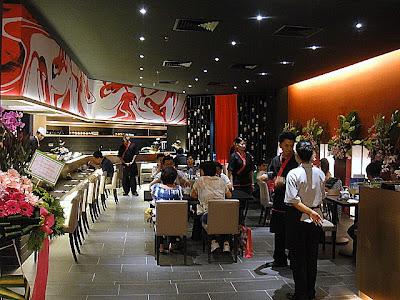 Cross-ordering between both outlets is encouraged, but that can lead to customer frustration, since some members of the service crew seem dazed and confused. 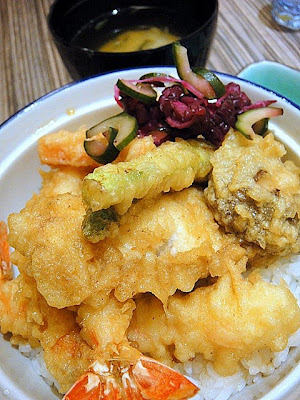 Rice bowl with tempura prawn, fish & veggies. The batter was interesting _ not as crisp and light as other versions, but boasting an eggy flavor that suited the seafood. 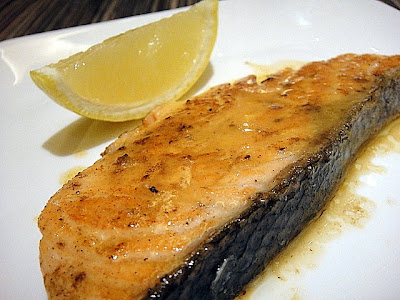 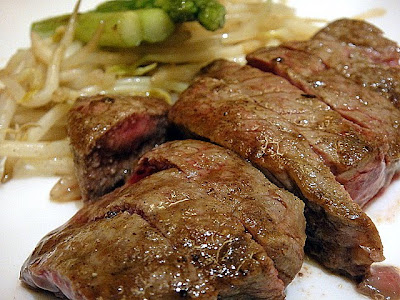 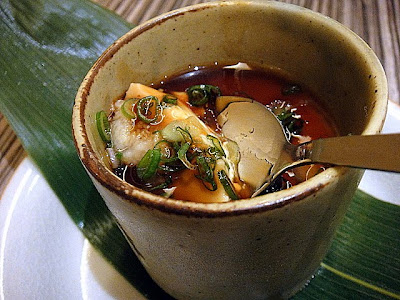 Surprisingly, the highlight was the house-made tofu, which tasted like a cross between egg yolk & creme caramel. Our other orders included shiitake mushrooms & fried rice, but we ended up leaving in impatience before those ever reached our table. 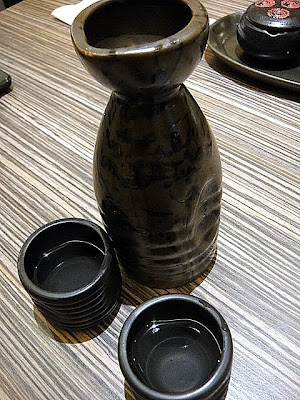 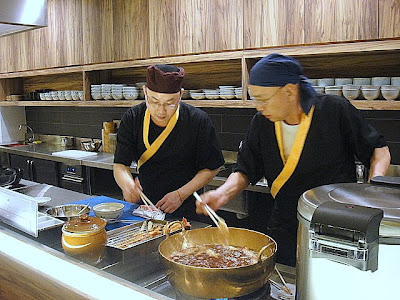 There's tons of potential here, but let's hope they sort out the teething troubles soon. 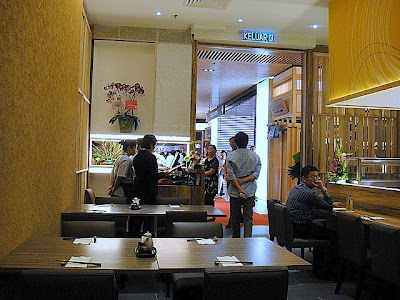