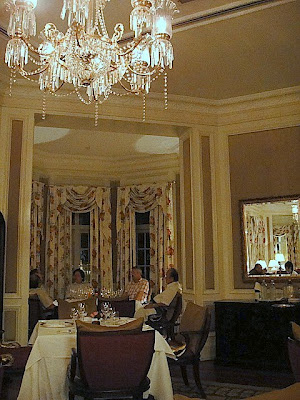 KL has several worthwhile choices for Malay fine-dining, but this outlet at Carcosa Seri Negara is the one that seems most steeped in history. 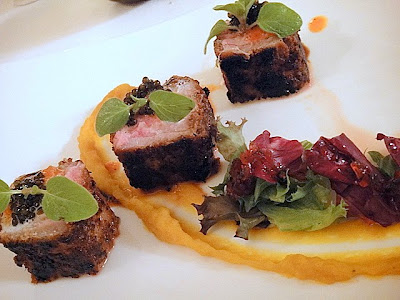 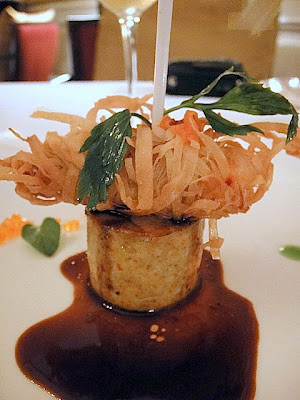 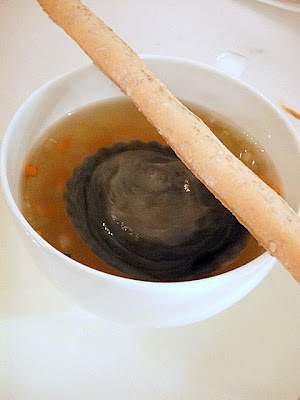 Consomme of spring chicken confit ravioli. A subtly tasty, well-executed Italian twist to the beloved Asian chicken soup, though carnivores who prefer large chunks of meat in their broth might be disappointed. 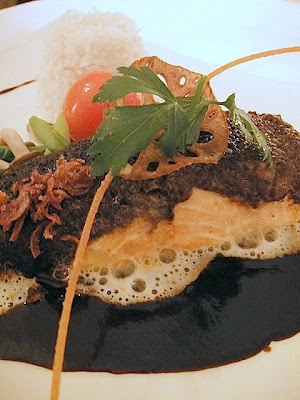 Ikan "Tun" Khazanah Laut (salmon marinated with turmeric, grilled with salt & local herbs, then served with seafood sauce). Not quite as satisfying as The Veranda's Western preparation for salmon, especially since the sauce was overwhelmingly salty. 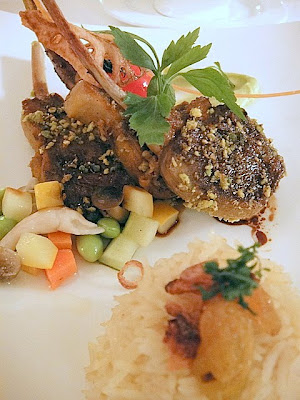 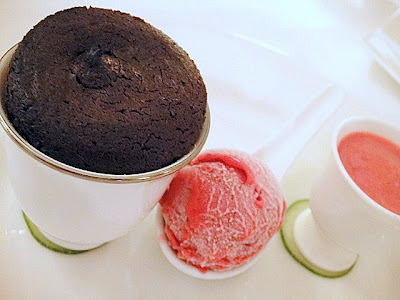 Raspberry & chocolate souffle with rose water milkshake. Something different from the usual desserts, but rose water and choc aren't exactly a match made in heaven. 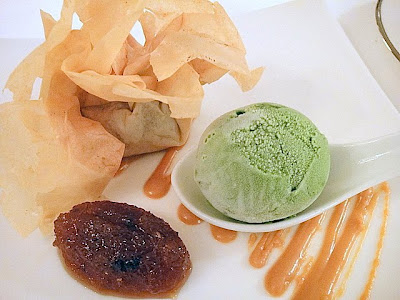 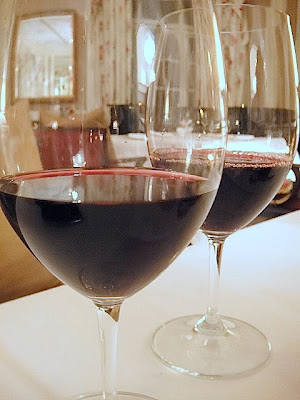 Click here for earlier entry on The Veranda (April 26). 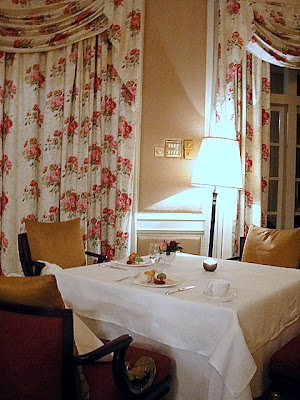 The Veranda,
Carcosa Seri Negara.
Find us on Find us on