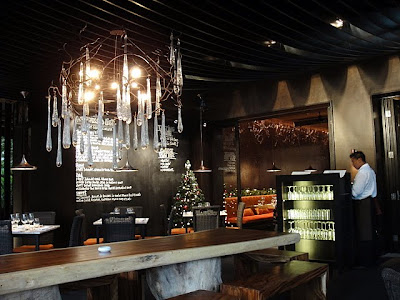 Click here & here for earlier entries on The Pressroom (Nov. 23 & Nov. 30).
The final chapter in our Pressroom trilogy. We made a third trip here for carnivorous chow. 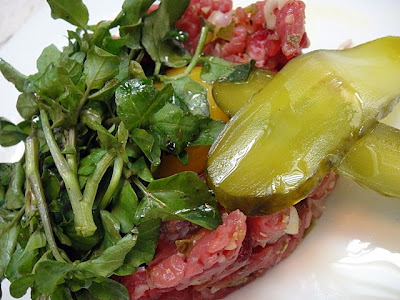 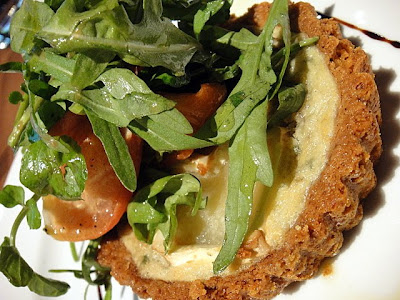 Goat cheese and caramelized onion tart. This light, buttery, freshly baked tart was a far cry from the dry, stale ones that are common elsewhere. 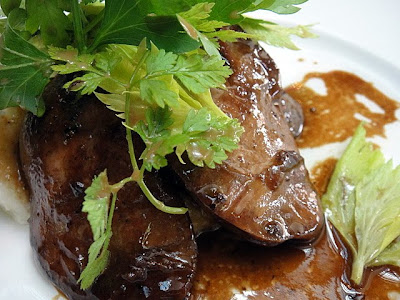 Sauteed chicken liver with truffle mash. Perfectly prepared, with the full flavour of liver and a firm but juicy texture that made each bite a pleasure. 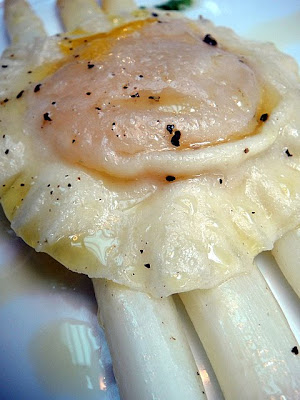 White asparagus with egg ravioli. A visual delight; break open the ravioli for the warm, milky egg yolk to burst out and flood the plate with flavour. 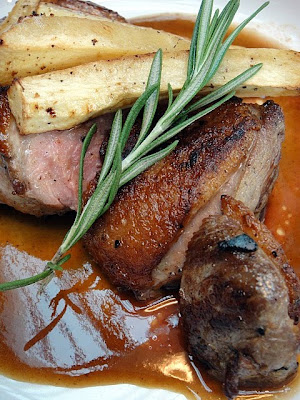 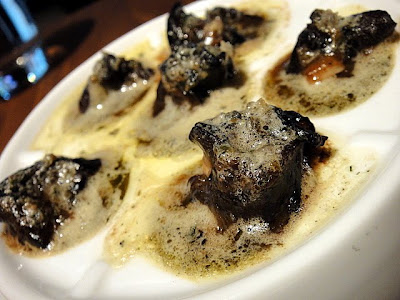 Escargots a la bourguignonne. A classic recipe that can't really fail. The garlic butter sauce was the ideal topping for the snails. 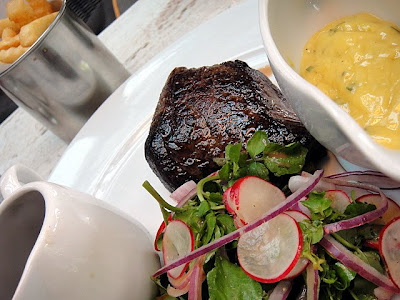 Steak frites, comprising air-flown Aussie beef rump with watercress, radish, red onion salad & bearnaise sauce with a side of fries. We encountered an annoyance here, since we ordered beef rib but they served us beef rump instead. It was hearty but slightly overcooked. 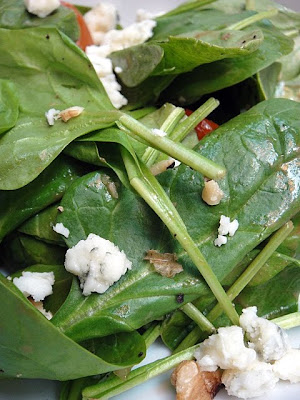 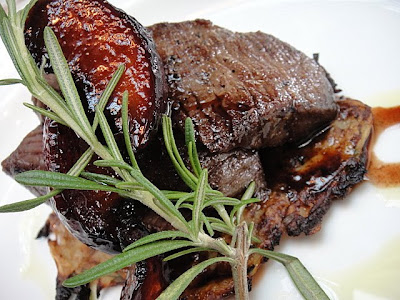 Venison with stewed plums & potato rosti. An interesting change from the thinly sliced venison usually served at Chinese restaurants. Also kinda overcooked though; remember to ask the staff for your meat to be medium-rare, otherwise it'll be cooked medium. 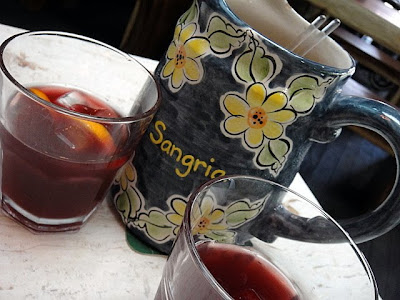 A jug of Sangria, supposedly made with a top-secret Pressroom recipe. Which probably means it's basically a variation of La Bodega's? 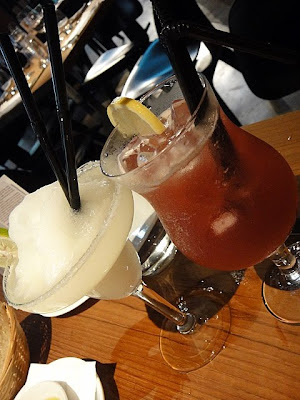 The Pressroom,
Bangsar Shopping Centre.
Find us on Find us on