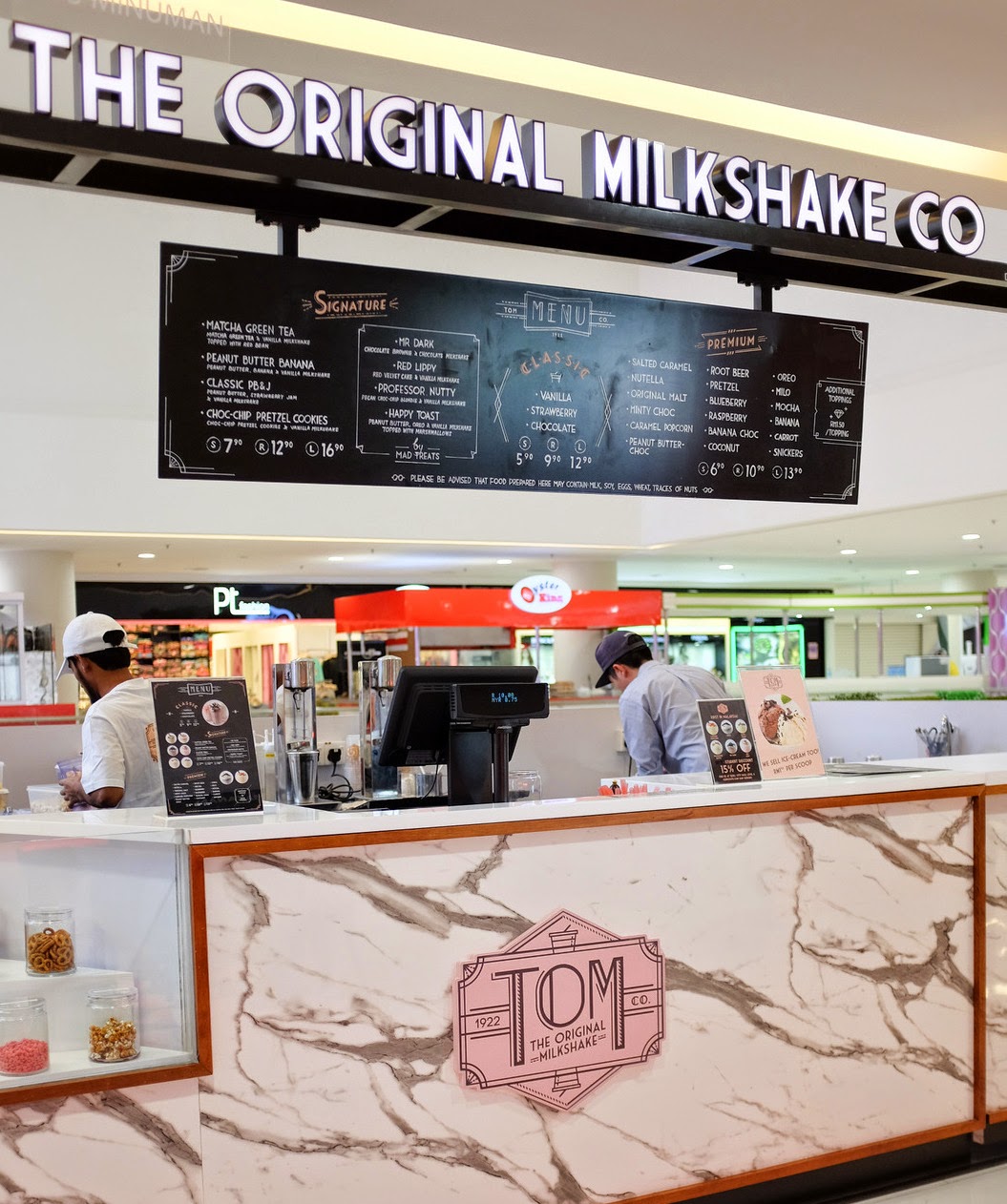 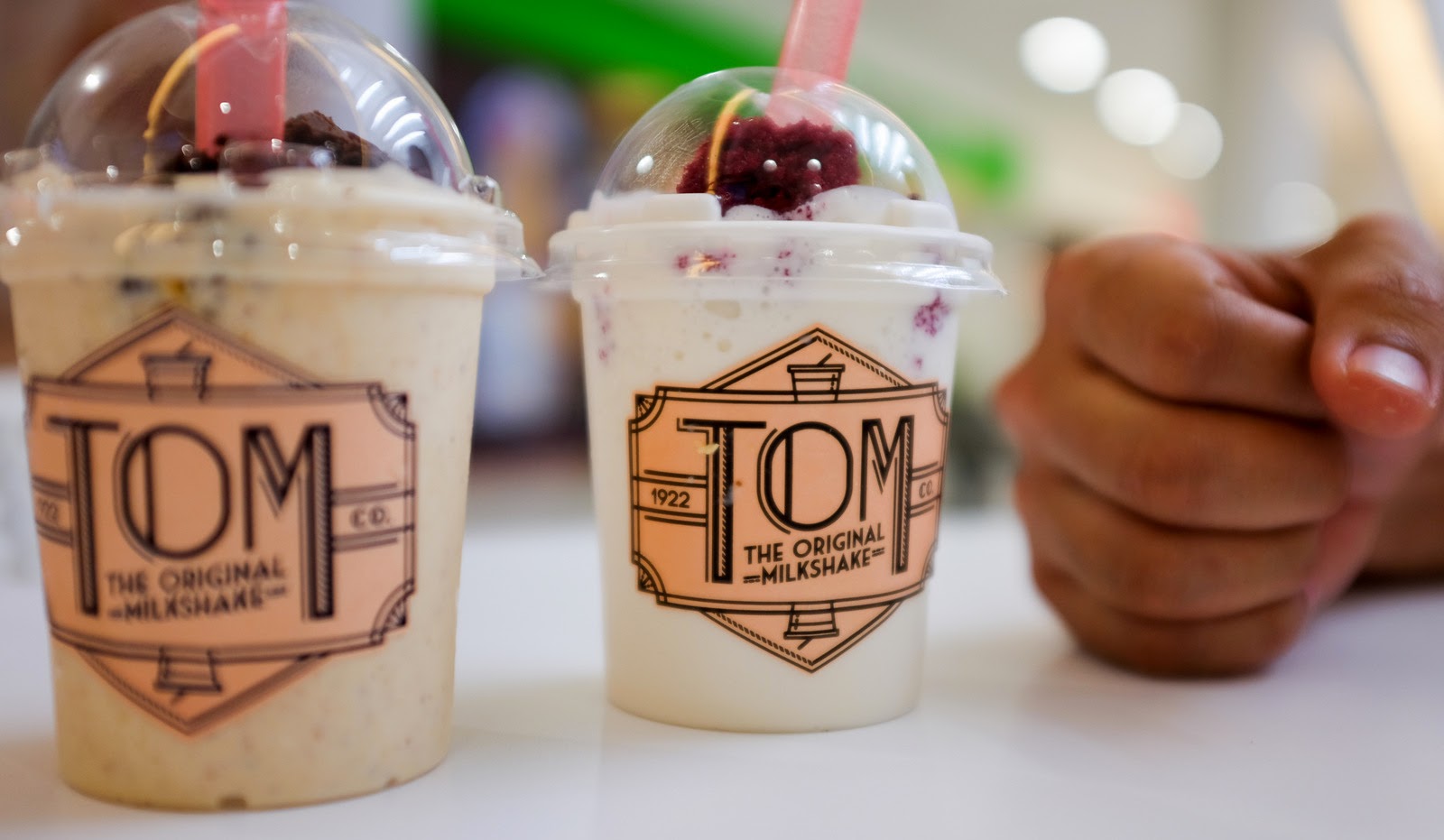 TOM Co - as its founder likes to call it - is crafted by friendly former engineer Afif; the hook here is the selection of surprising flavours for the milkshake base, marvellously complemented by toppings that include pieces of cake produced by Afif's sister Farah, the home baker behind the independent MAD Treats dessert specialist. 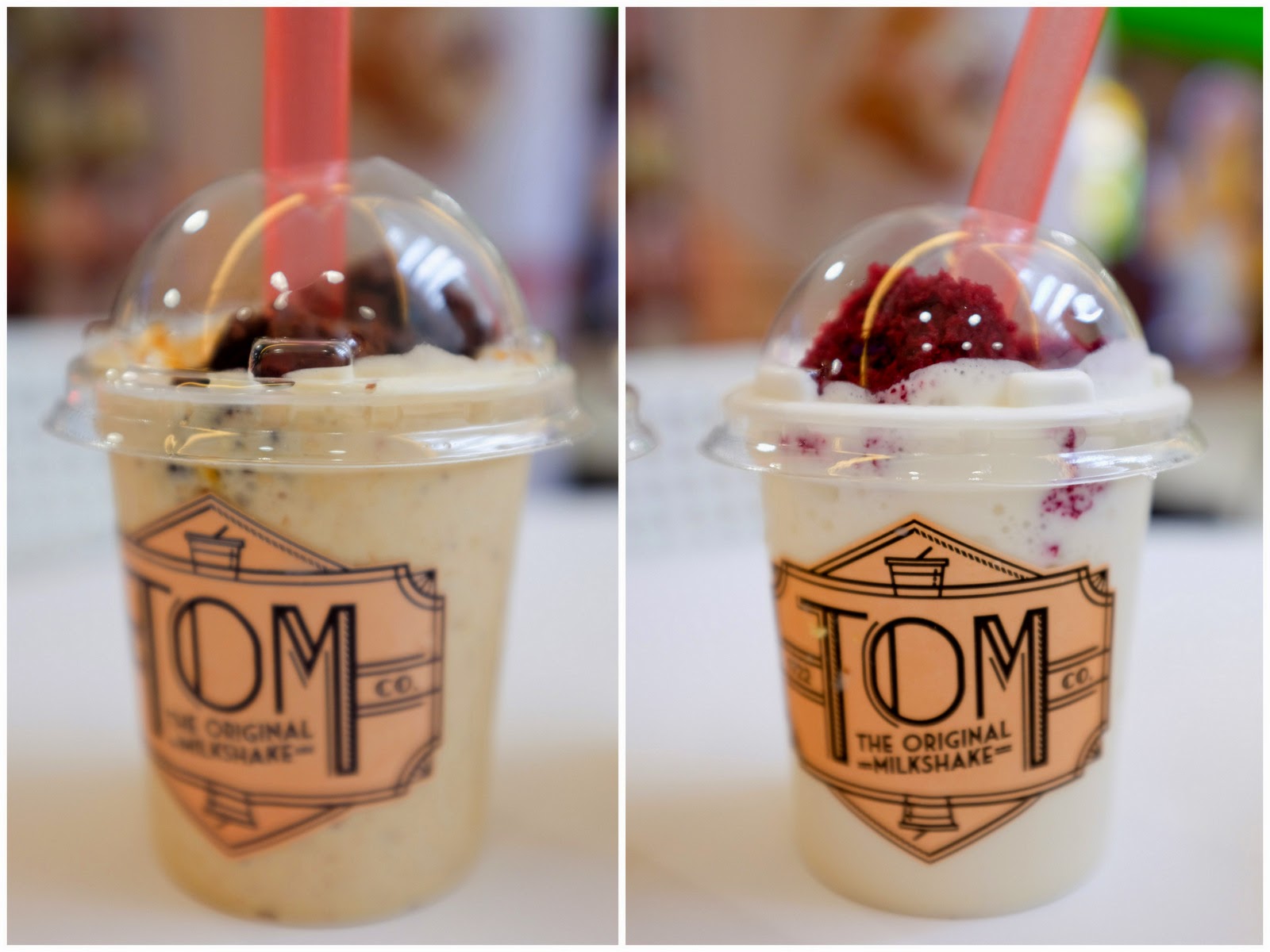 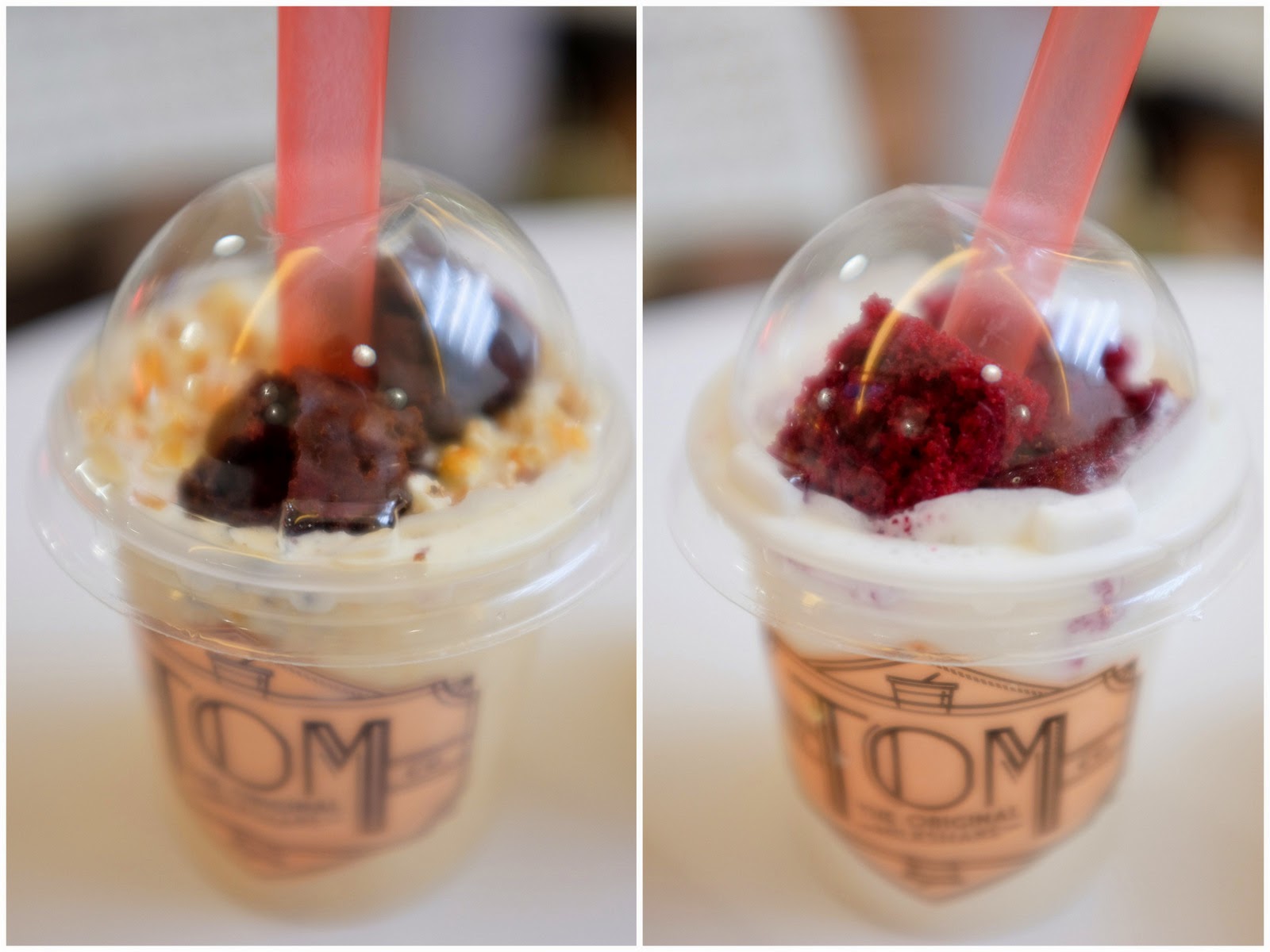 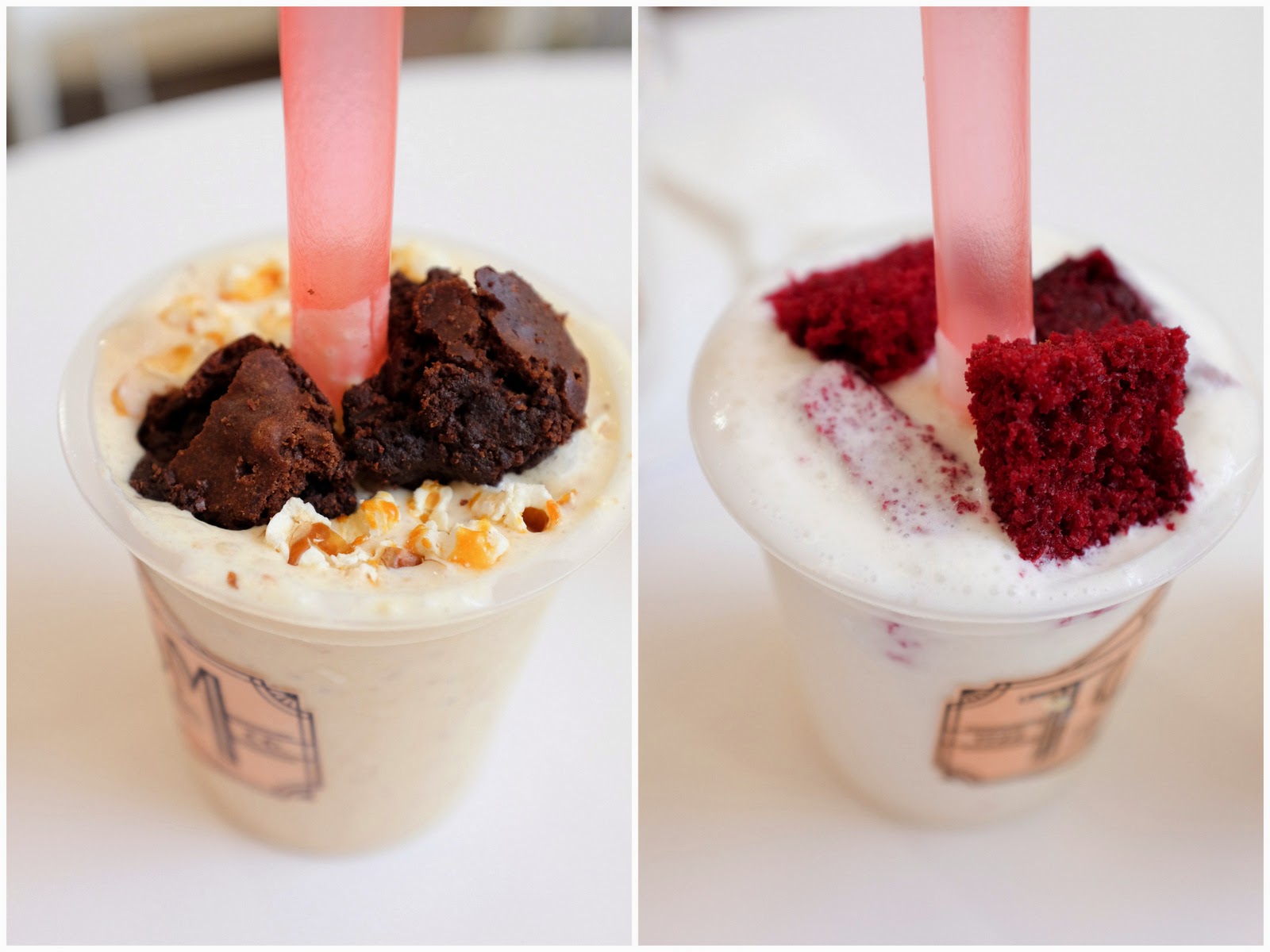 Choose a milkshake flavour - there's everything from Original Malt to Salted Caramel, Snickers or Nutella, Carrot or Coconut to Blueberry or Raspberry - before selecting an optional topping. These premium flavours clock in at RM6.90 for a satisfying Small, RM10.90 for Medium & RM13.90 for Large, with every additional topping costing RM1.50. Or order one of TOM Co's tried-&-tested, for-the-young-at-heart combos - a marshmallow-topped vanilla milkshake blended with peanut butter & Oreos. 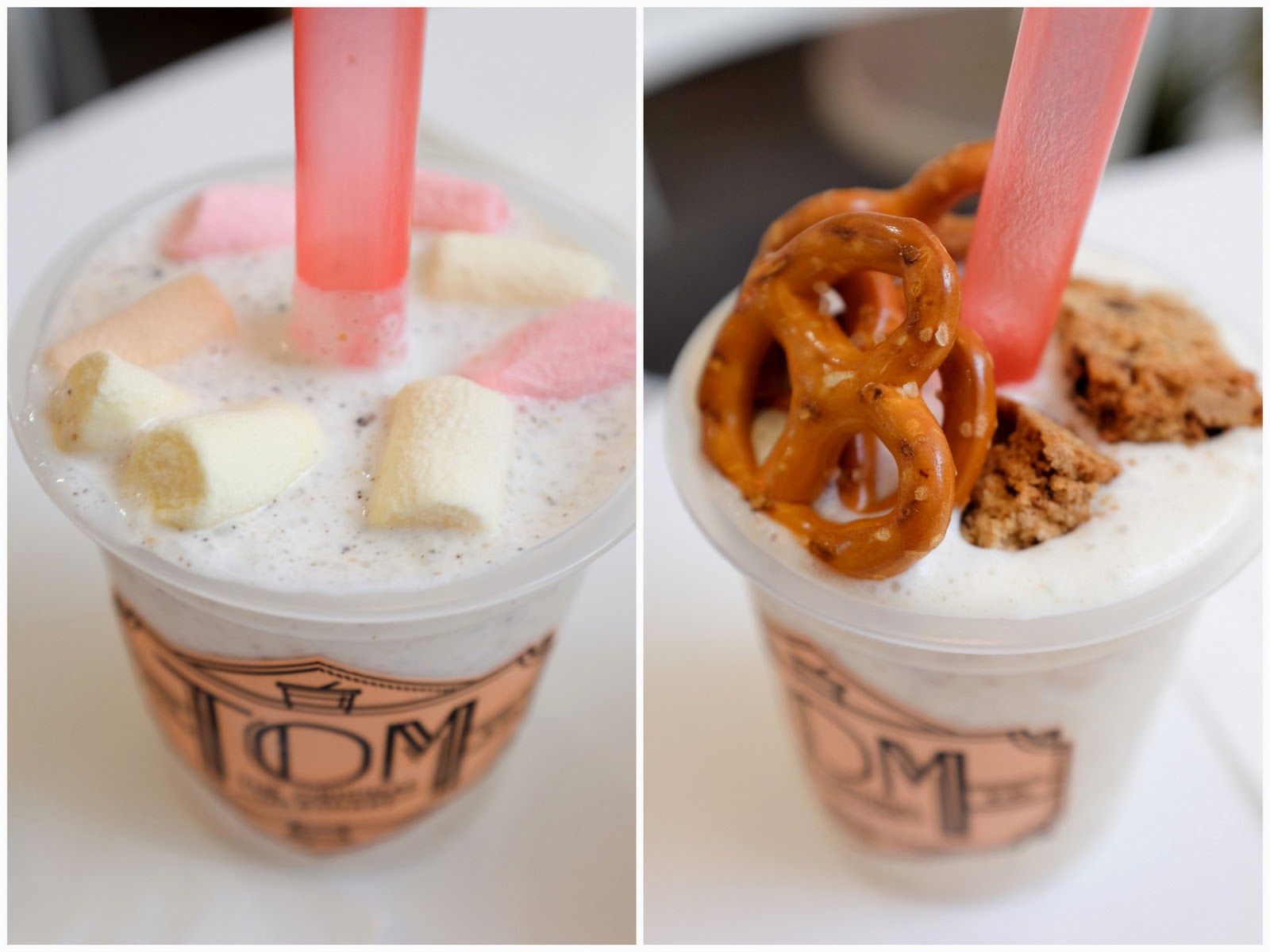 Need recommendations? We love the Caramel Popcorn milkshake, which can be further thickened with choc brownie chunks. The Root Beer milkshake with red velvet cake also sparks surprising synergy, while a Pretzel milkshake with pecan choc-chip blondies makes for a triumph of texture. TOM Co has worked out its flavours rewardingly well - nothing's too sugary or cloying. 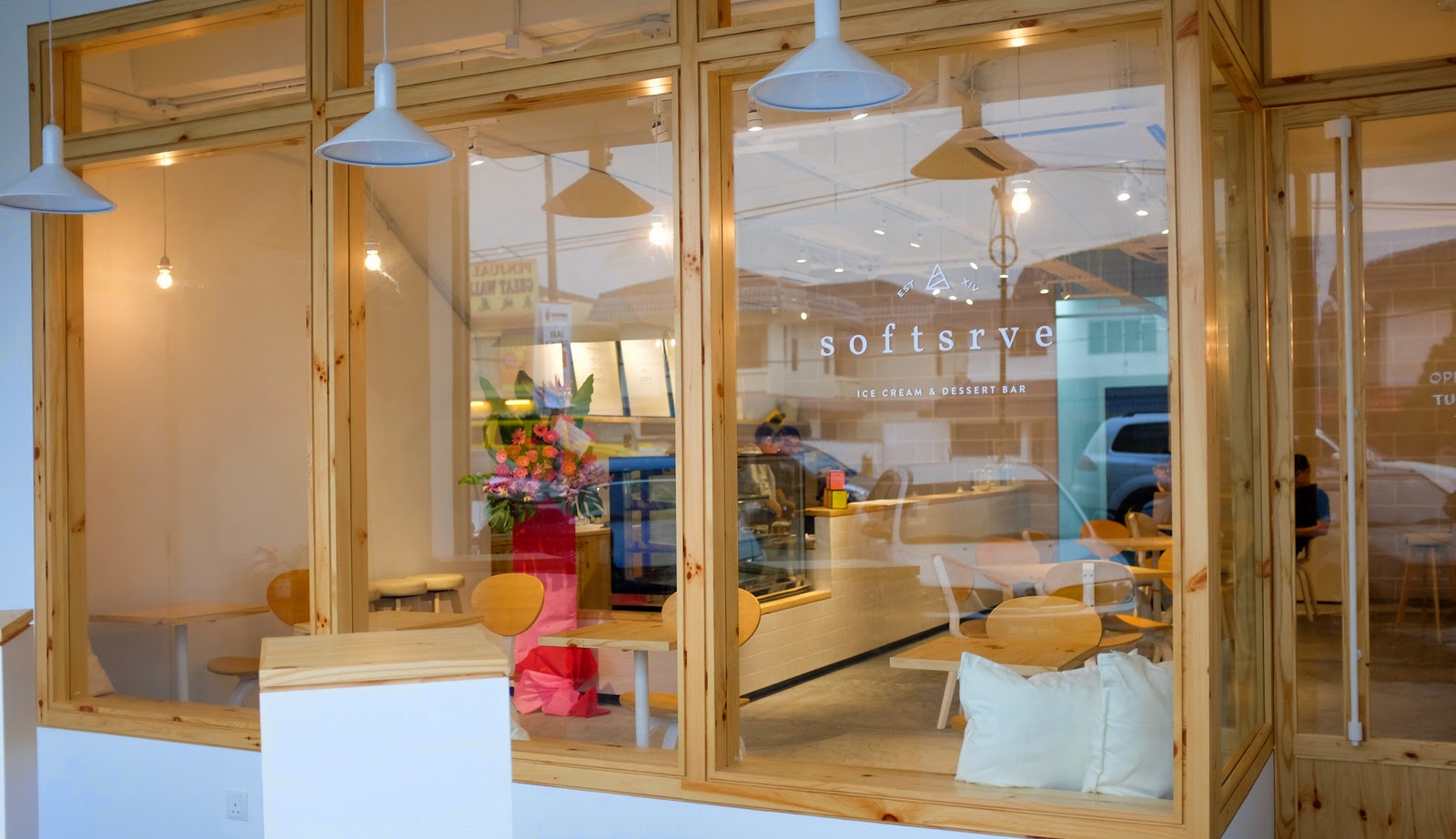 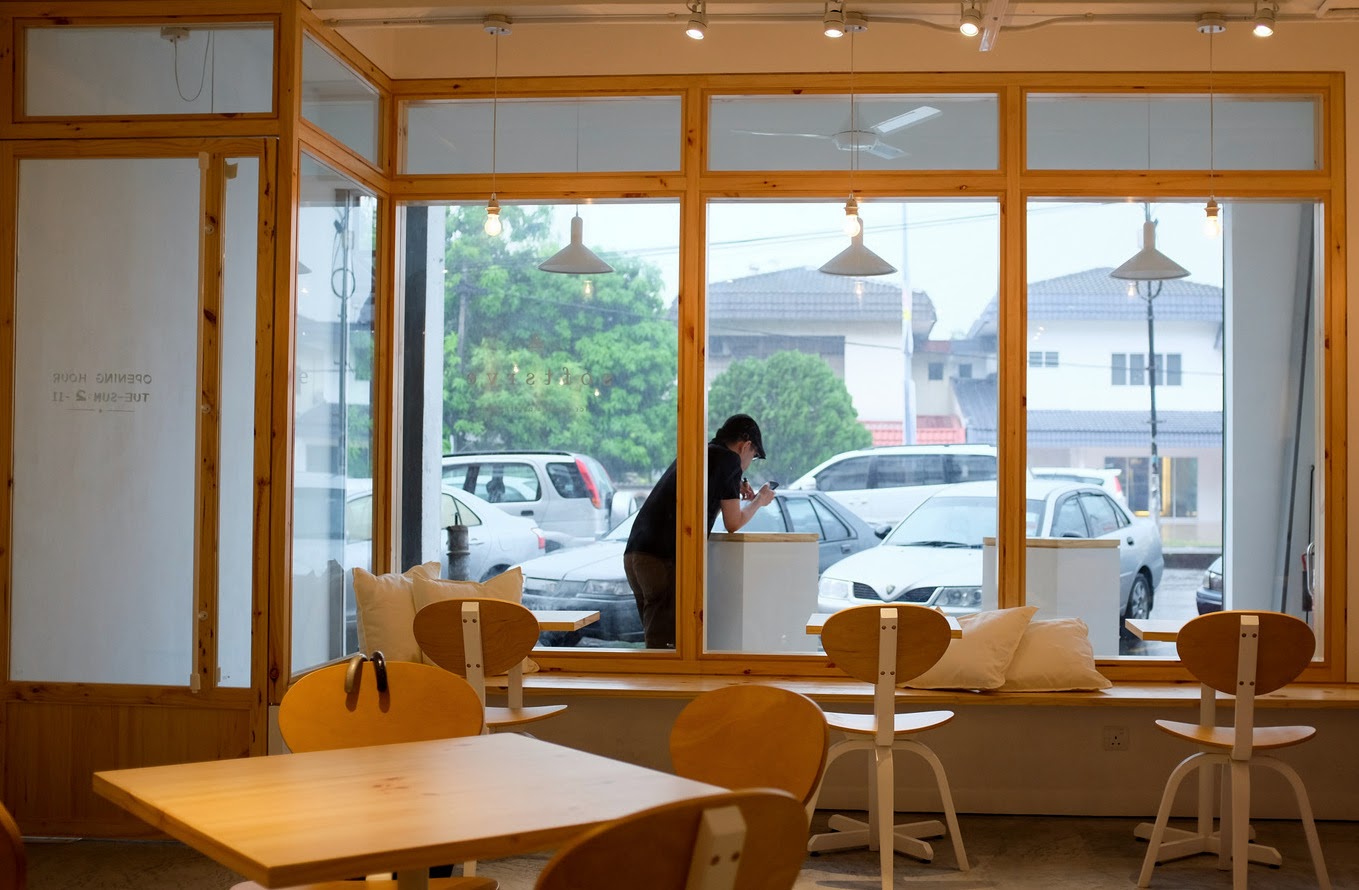 Also very much in the cool runnings right now: Softsrve, which specialises - as its name suggests - in soft-serve ice cream, with the bonus of cross-continental inspirations. Amily, Redmond, Jack & Terrence - the awesome foursome who power this parlour - were initially influenced by South Korean soft-serves from their travels, but they relied heavily on U.S. interpretations for R&D while banking on Italian ingredients for some of their current introductory offerings. 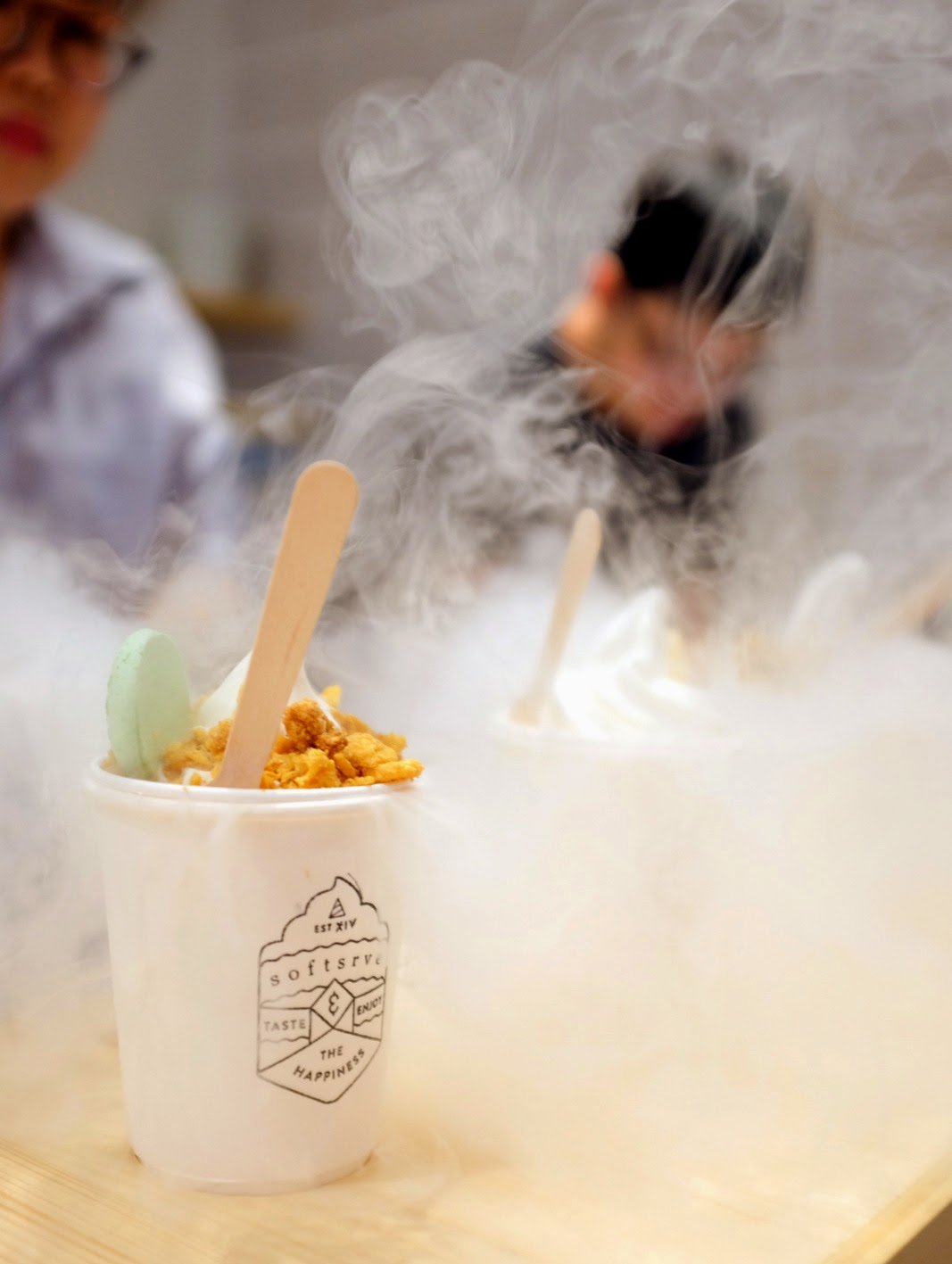 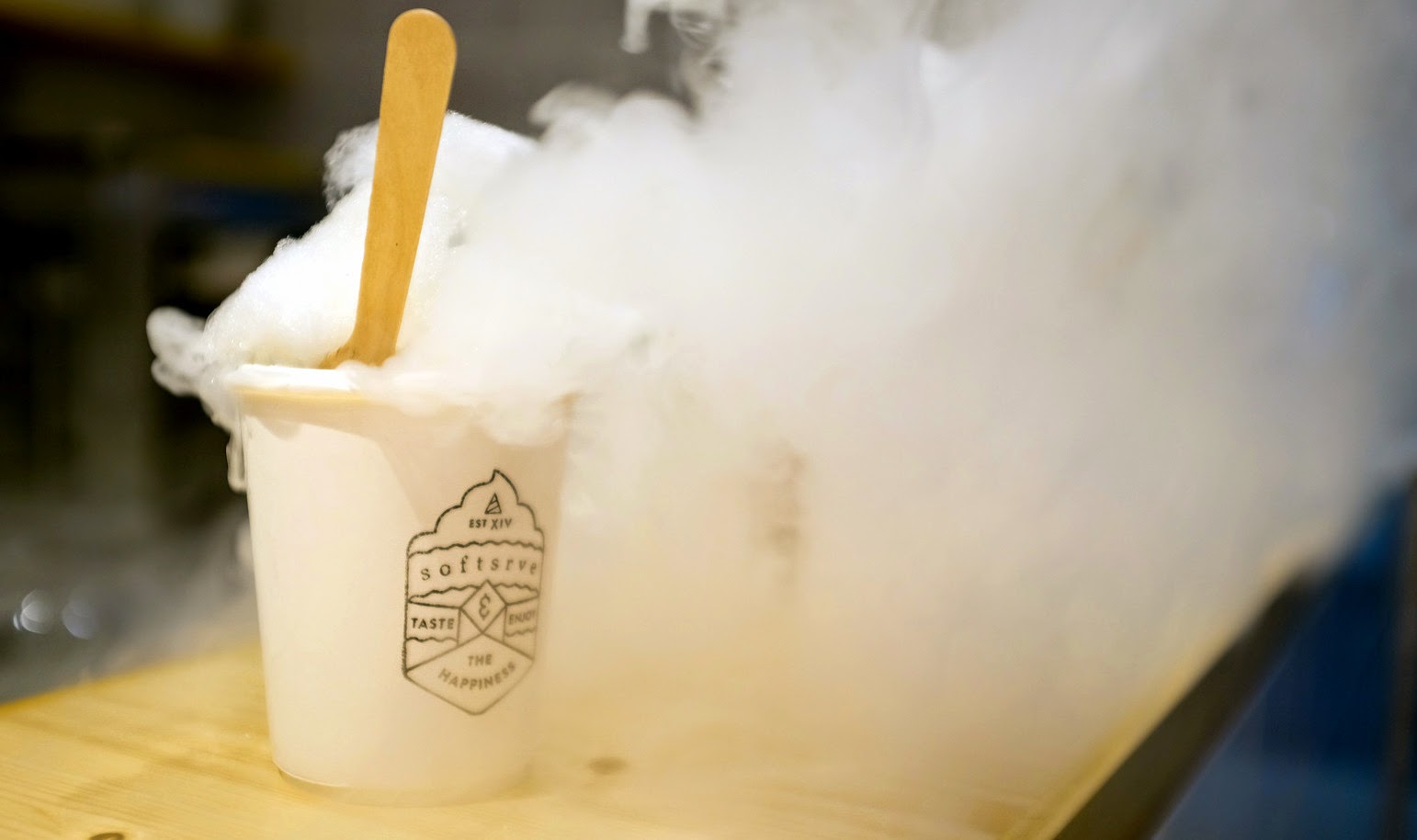 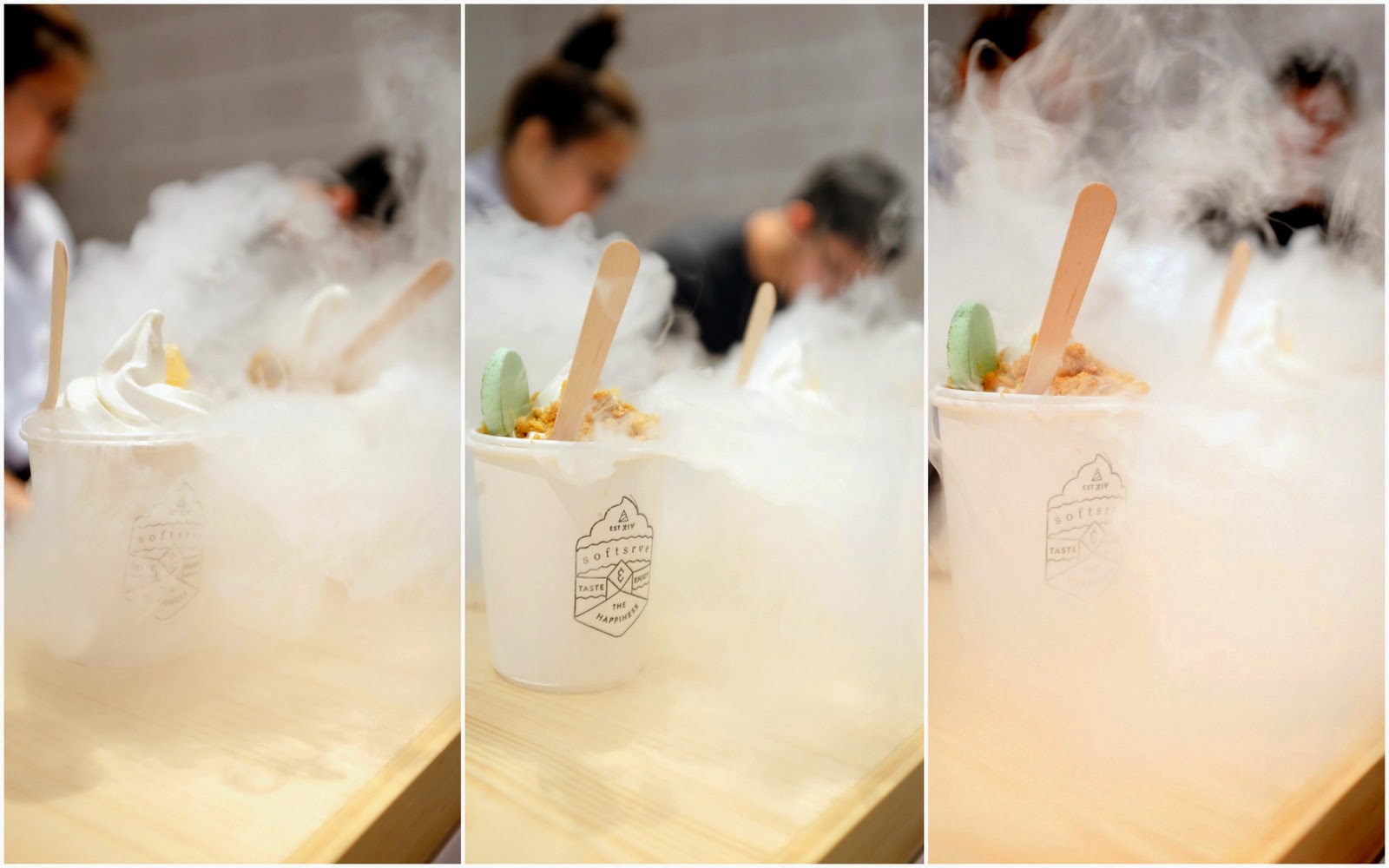 Check out the show - here's a peek at how the ice cream is presented to patrons, with lots of fog surging out of each serving, evocative of liquid nitrogen ice cream. The not-so-secret explanation here is dry ice; the soft-serve is placed in two overlapping cups, with the bigger cup at the base concealing dry ice that also keeps the containers cool a bit longer. Thoughtful touches. 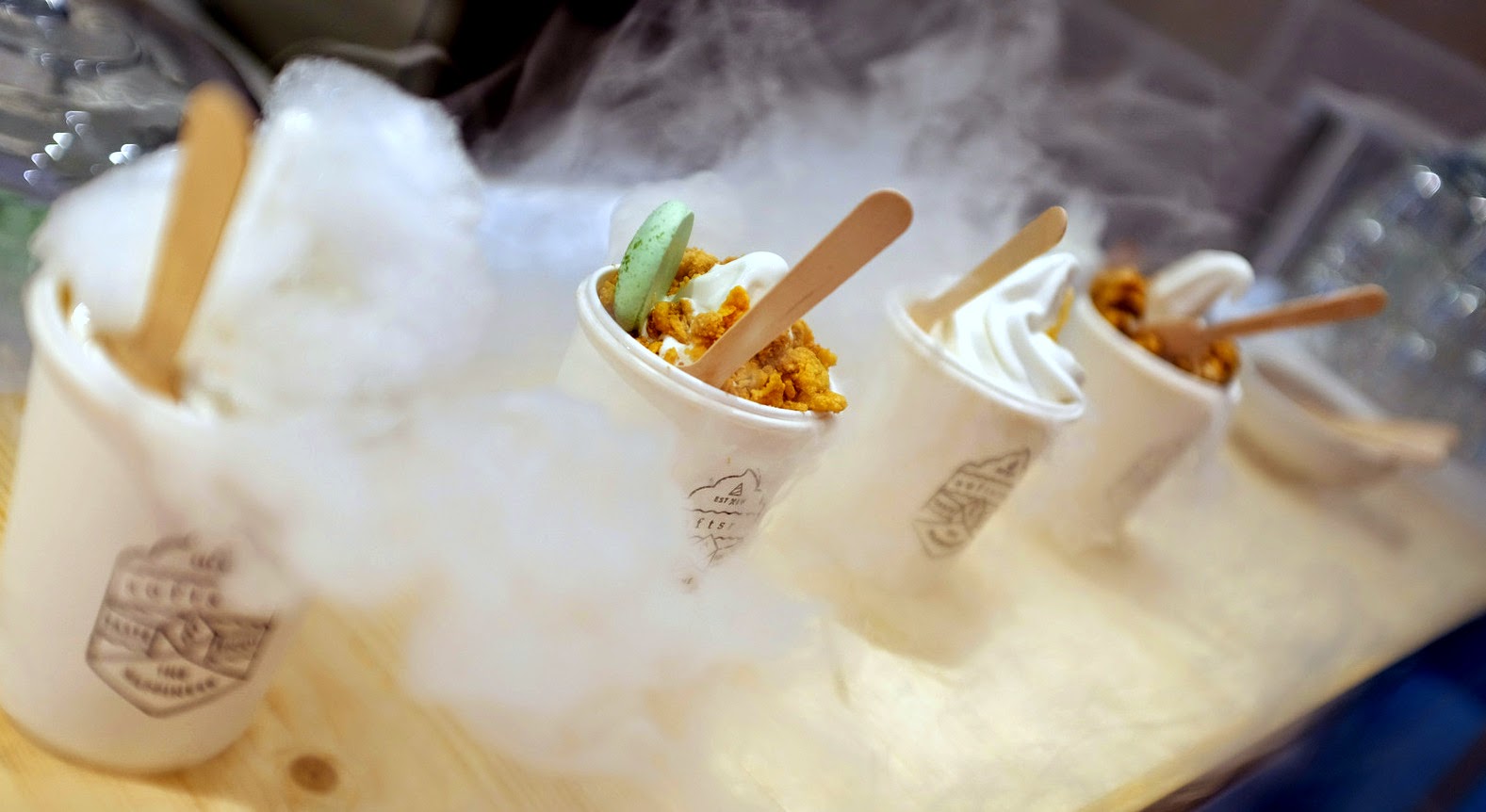 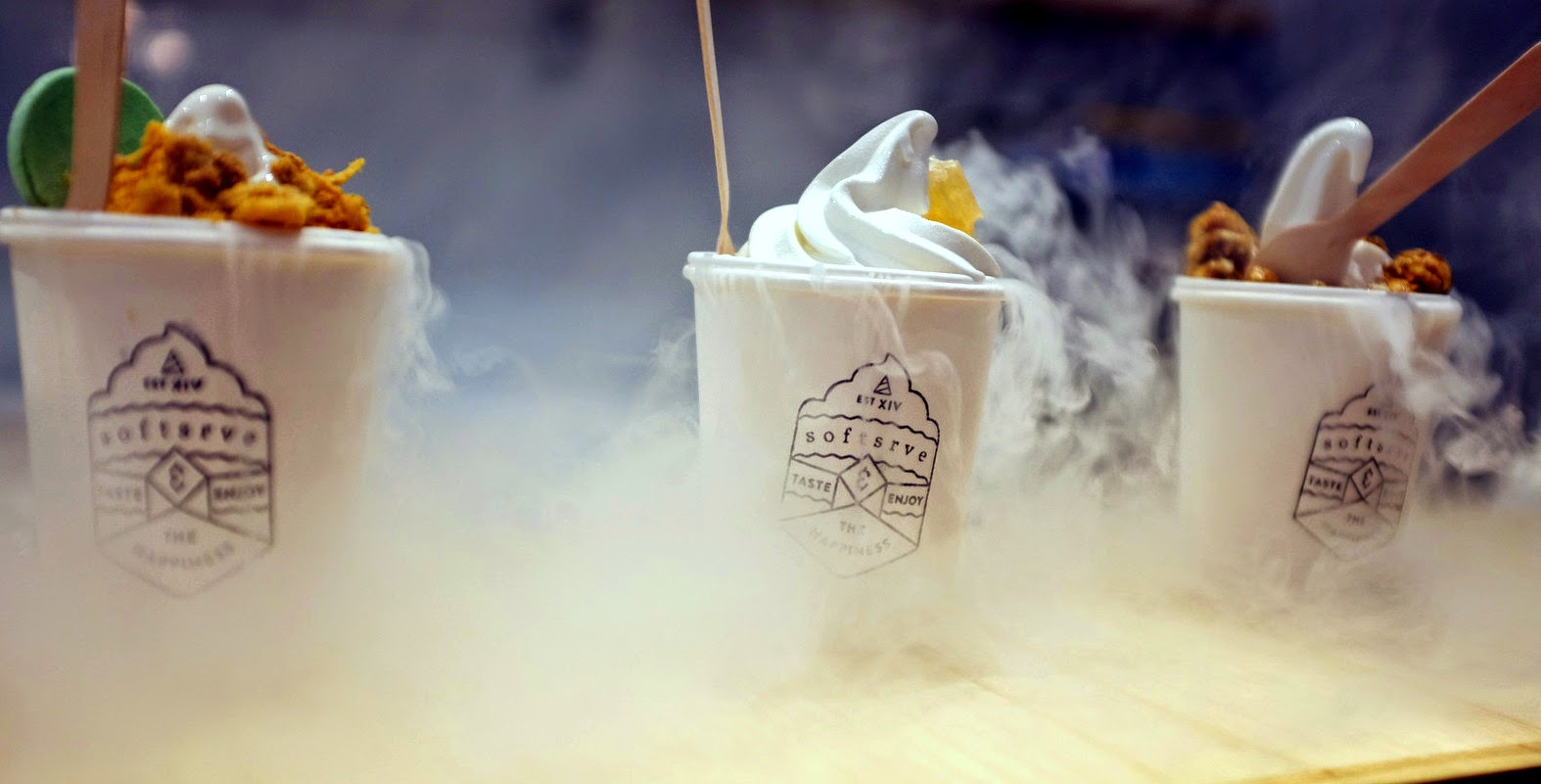 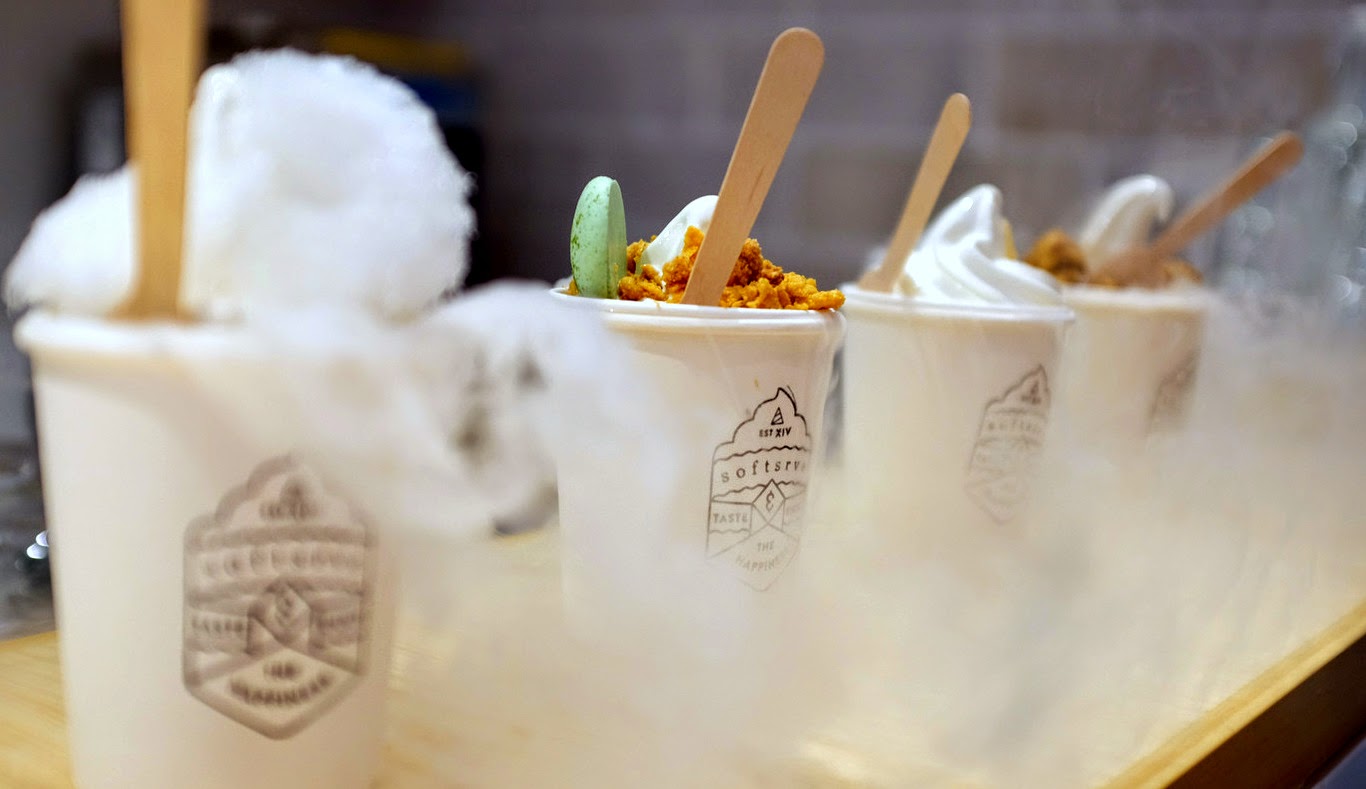 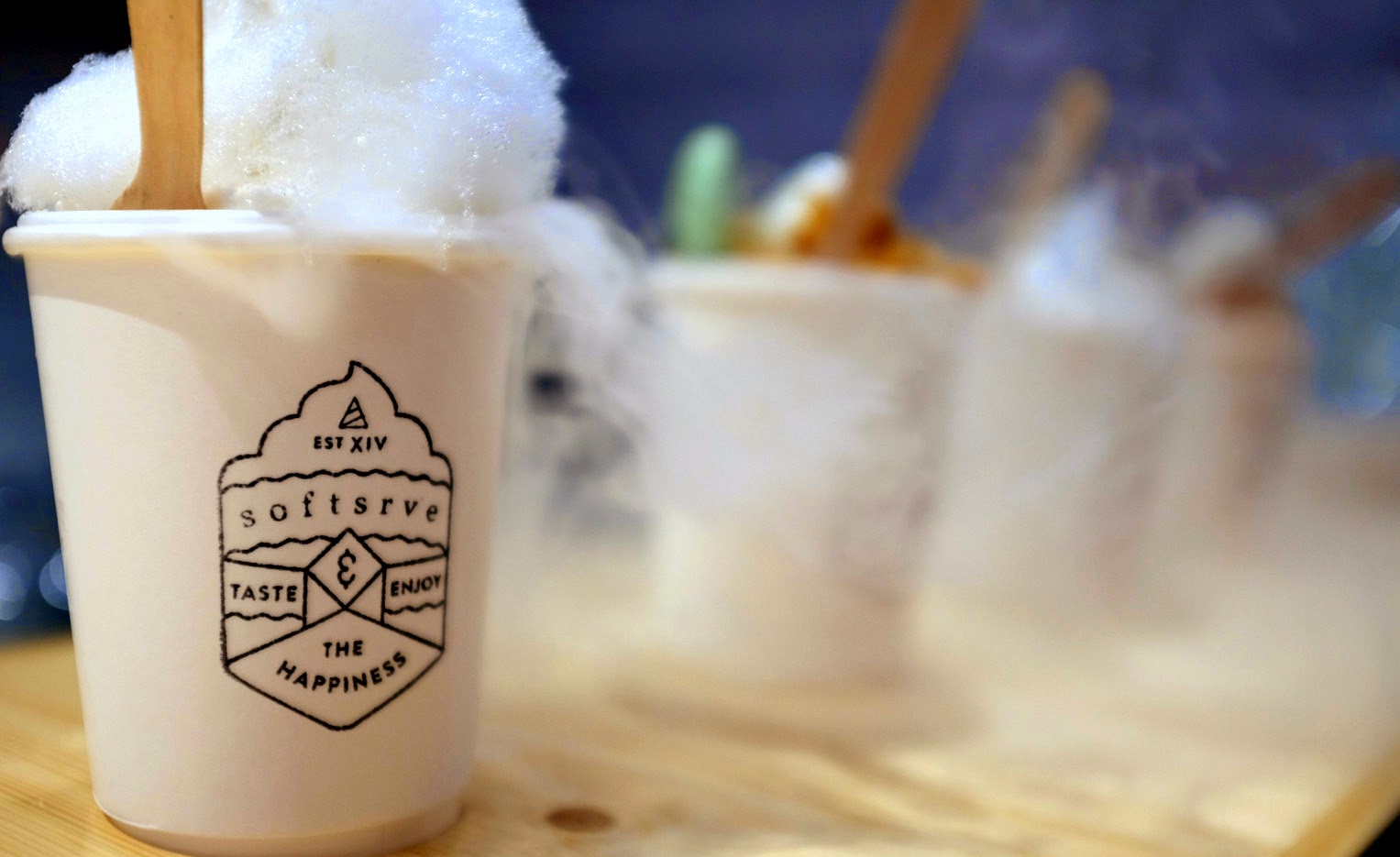 Softsrve takes a leaf out of Momofuku Milk Bar's book, bringing cereal milk ice cream - made with milk combined with corn flakes - from NYC to KL. It's potentially an acquired taste, rather rich, but with a something of a powdery finish, texture-wise. 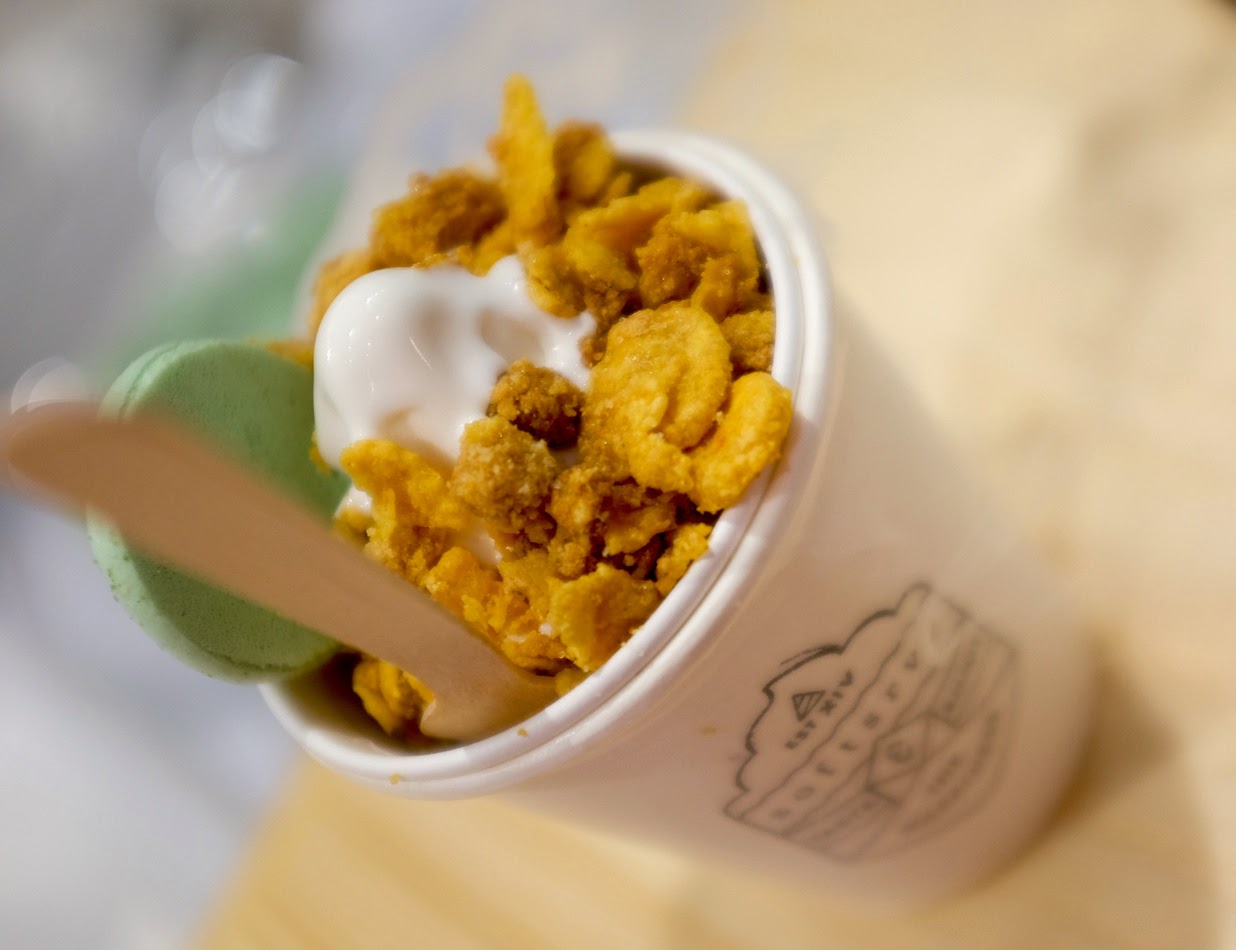 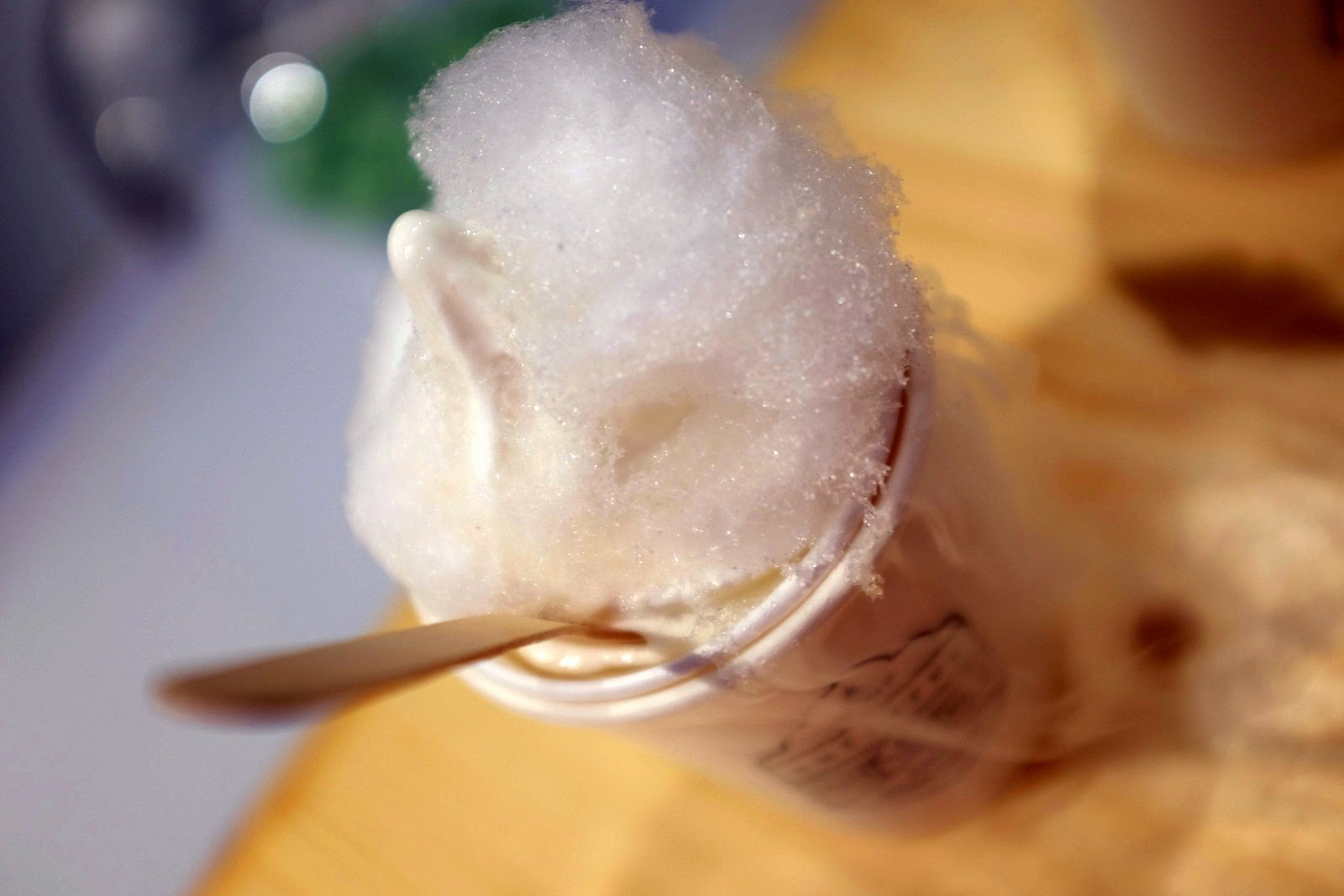 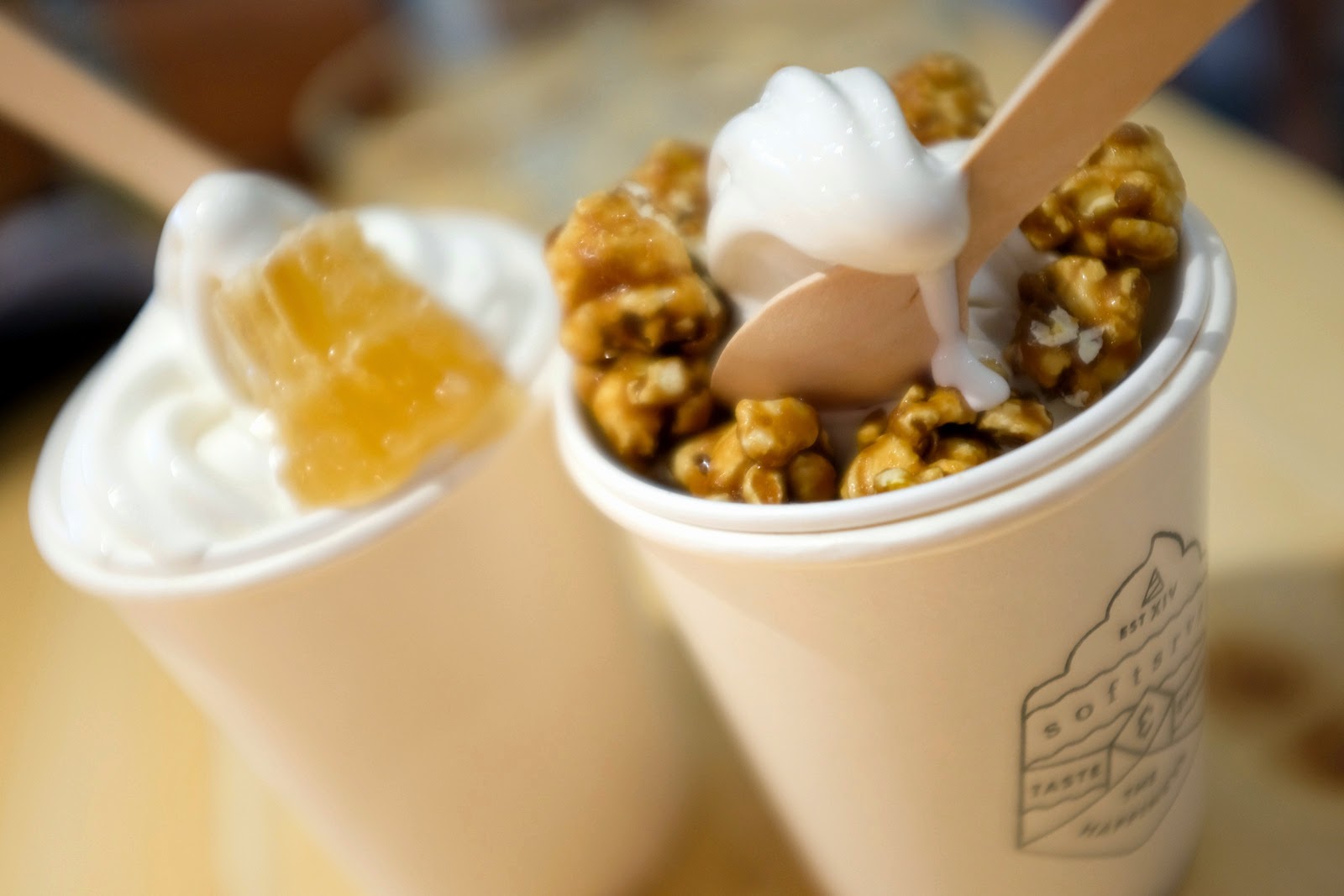 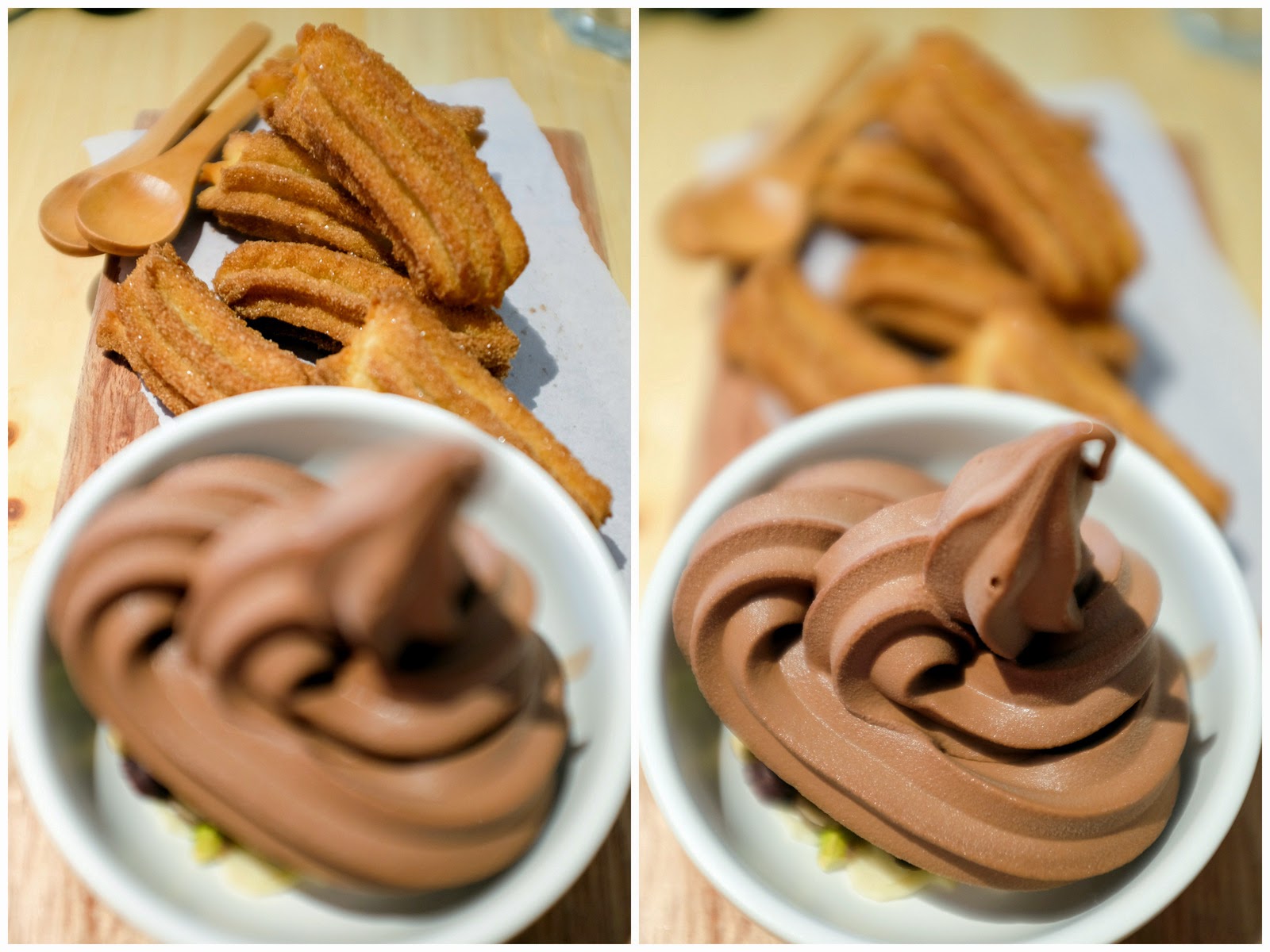 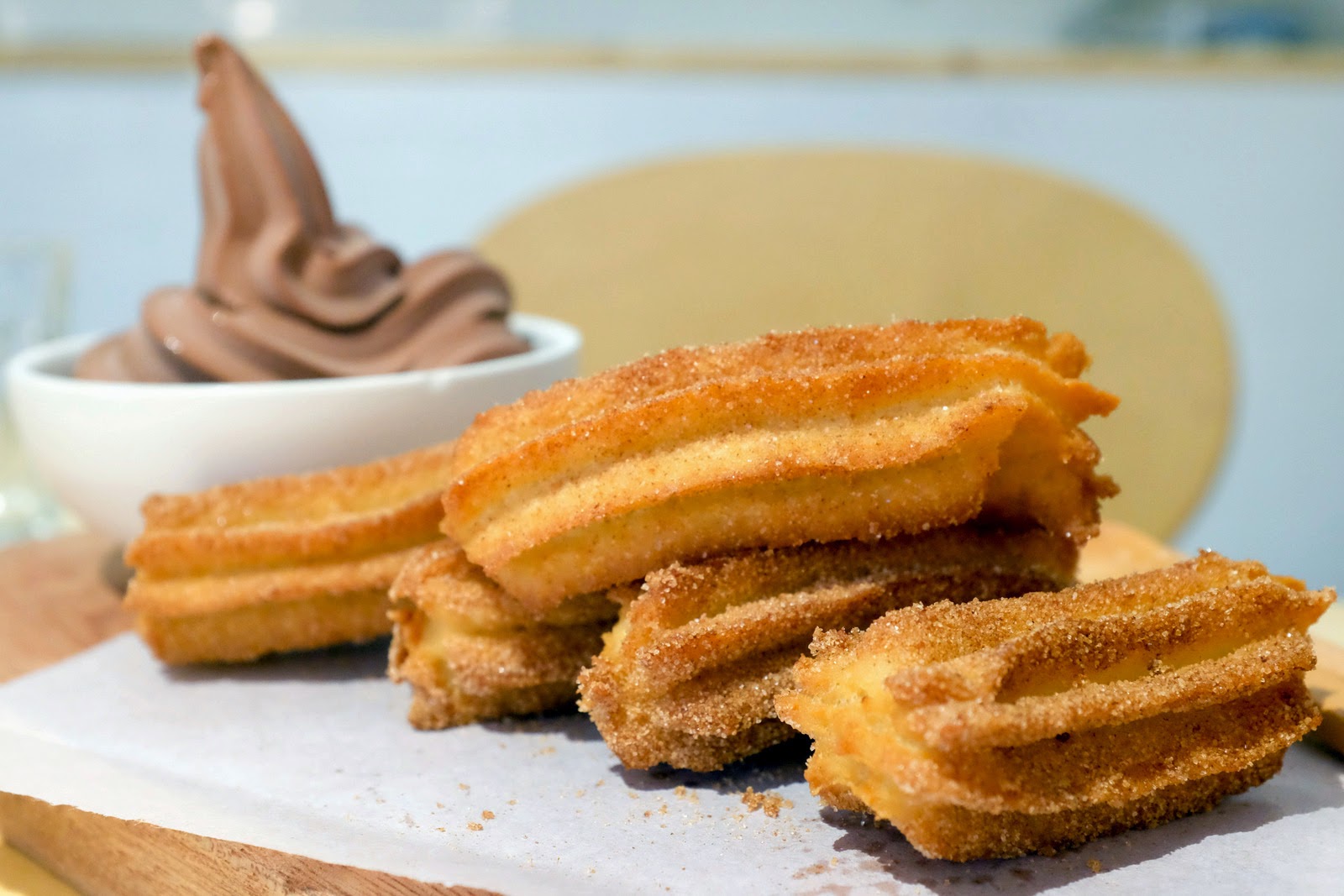 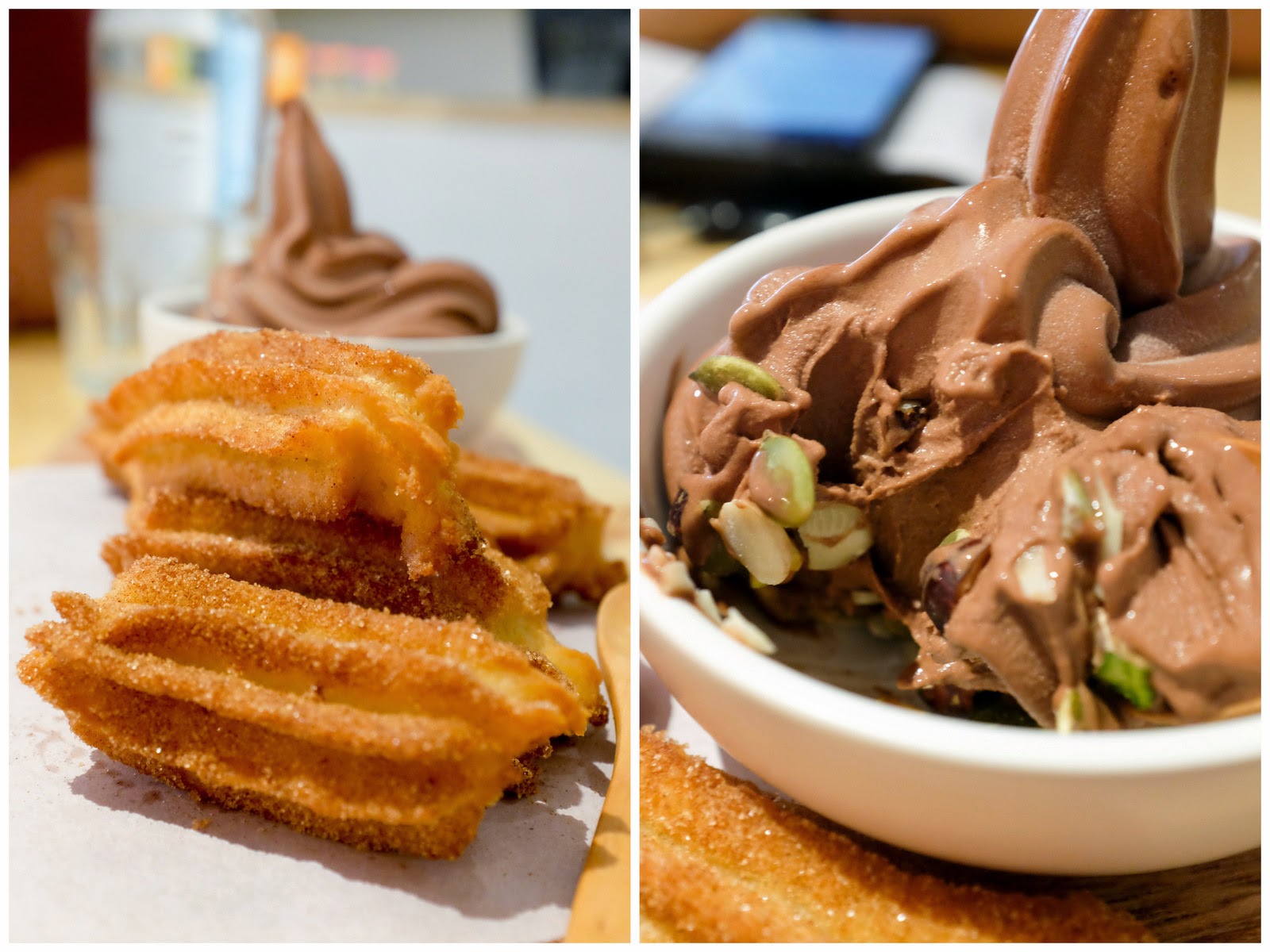 Chocolate ice cream pairs with warm churros for culinary contrast, with the unexpected pleasure of pistachios & seeds in the soft-serve. Note that Softsrve's churros are the densely chewy sort, far from delicately fluffy, with a potent punch of cinnamon. There are things that we'd tweak about the fare here, but that's a matter of preference. This is a strong, solid start for Softsrve. 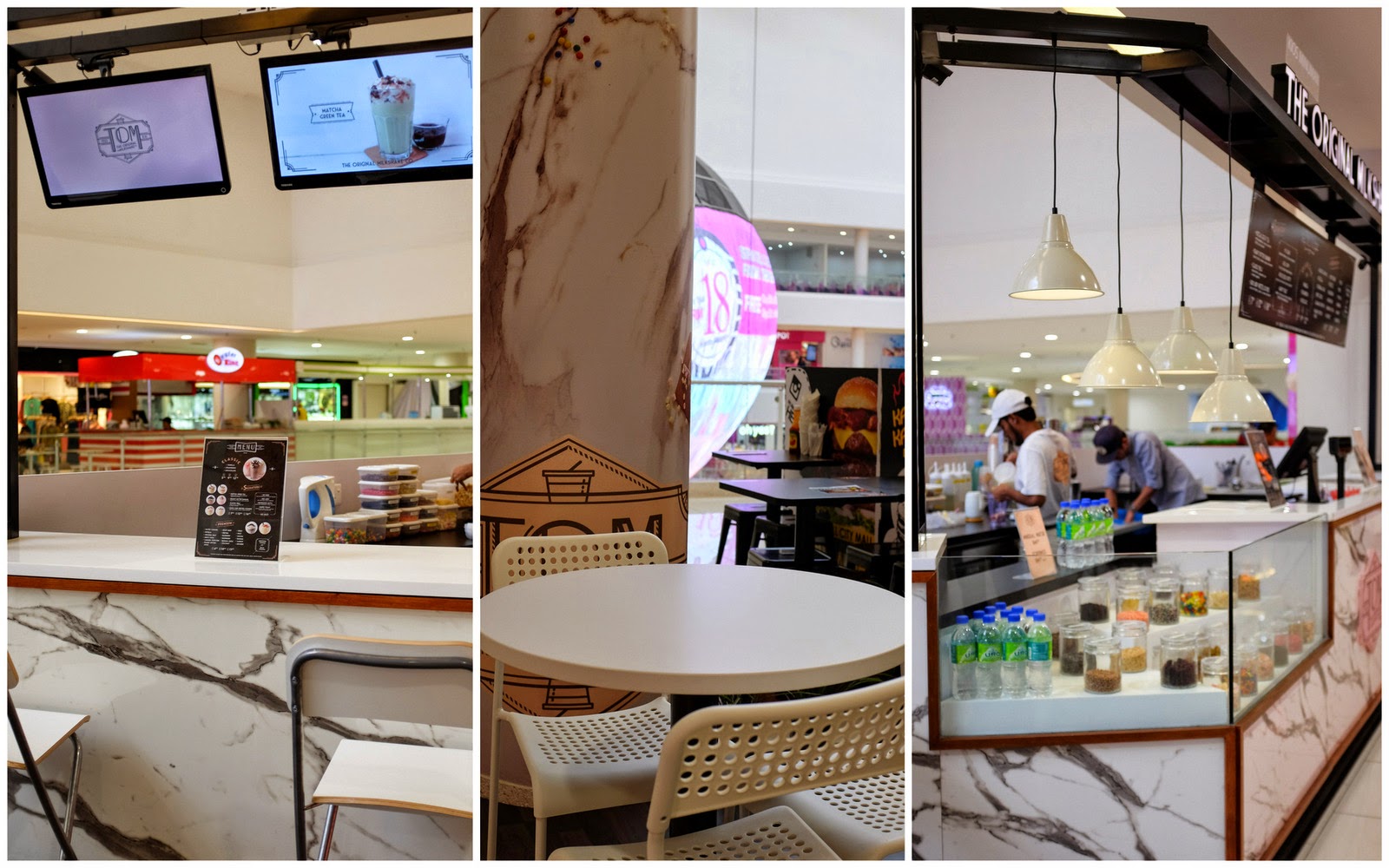 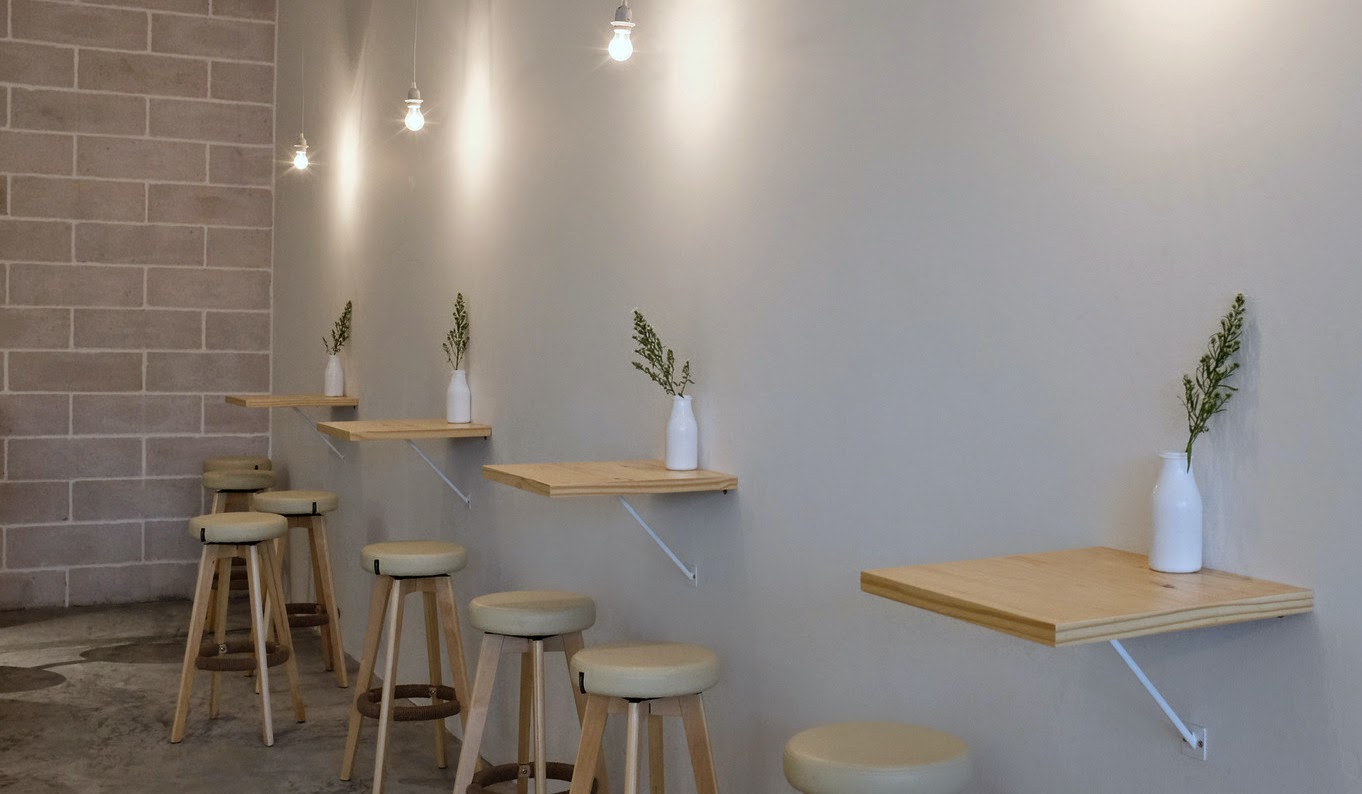 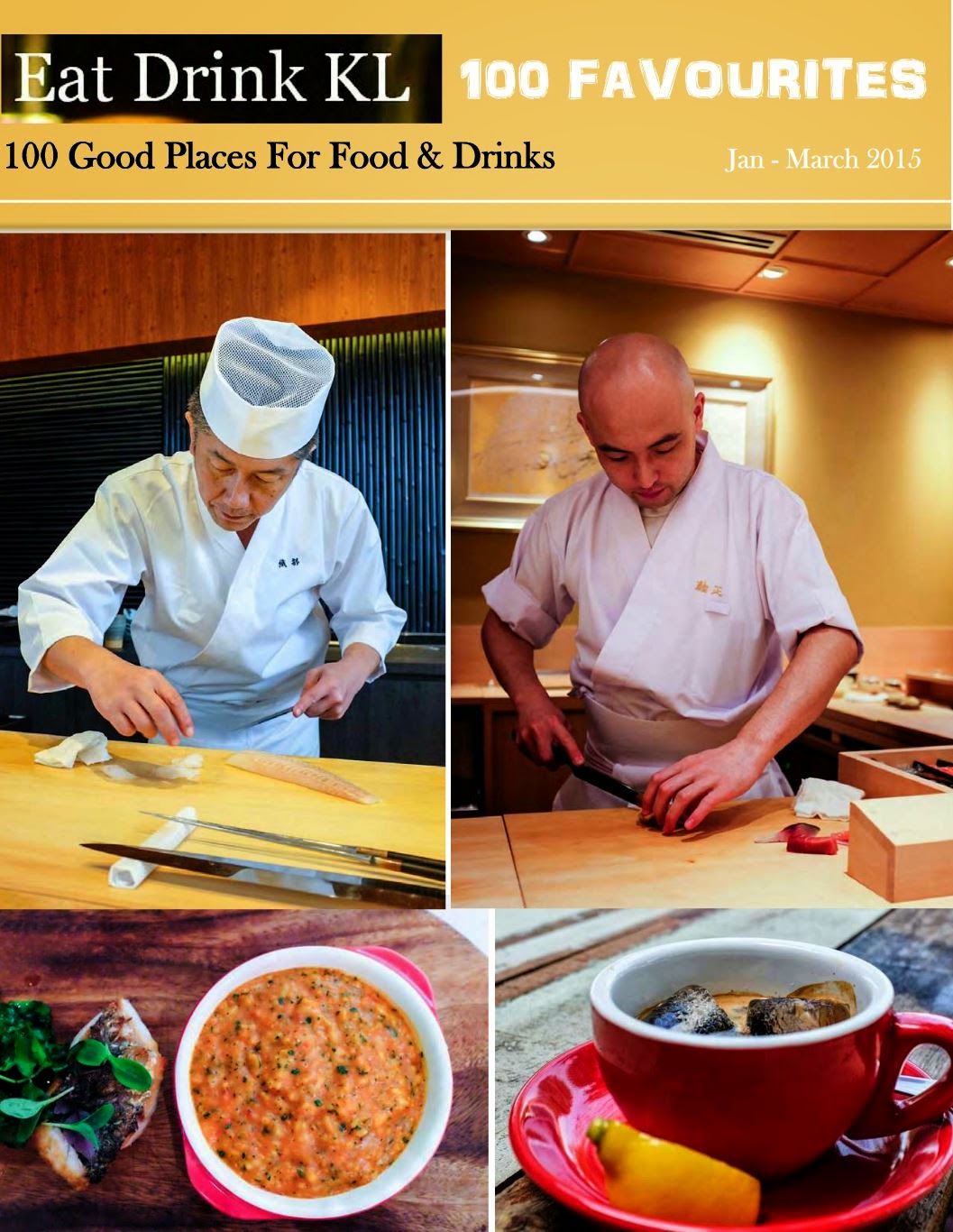 Check out the latest edition of Eat Drink KL: 100 Favourites, featuring 100 recommended restaurants for January-March 2015. This eBook is available to read or download at this link: http://eatdrinkkl.cld.bz/2015
This link expires March 31, 2015. Please check the newest blog entries after that for fresh links.