November 2015 Update: Representatives of The Meat & Wine Co in Australia have confirmed this is not affiliated to their Sydney & Melbourne operations. The Australian company says it has not authorised the use of its brand & has taken legal action against the Malaysian-based outlet operators. 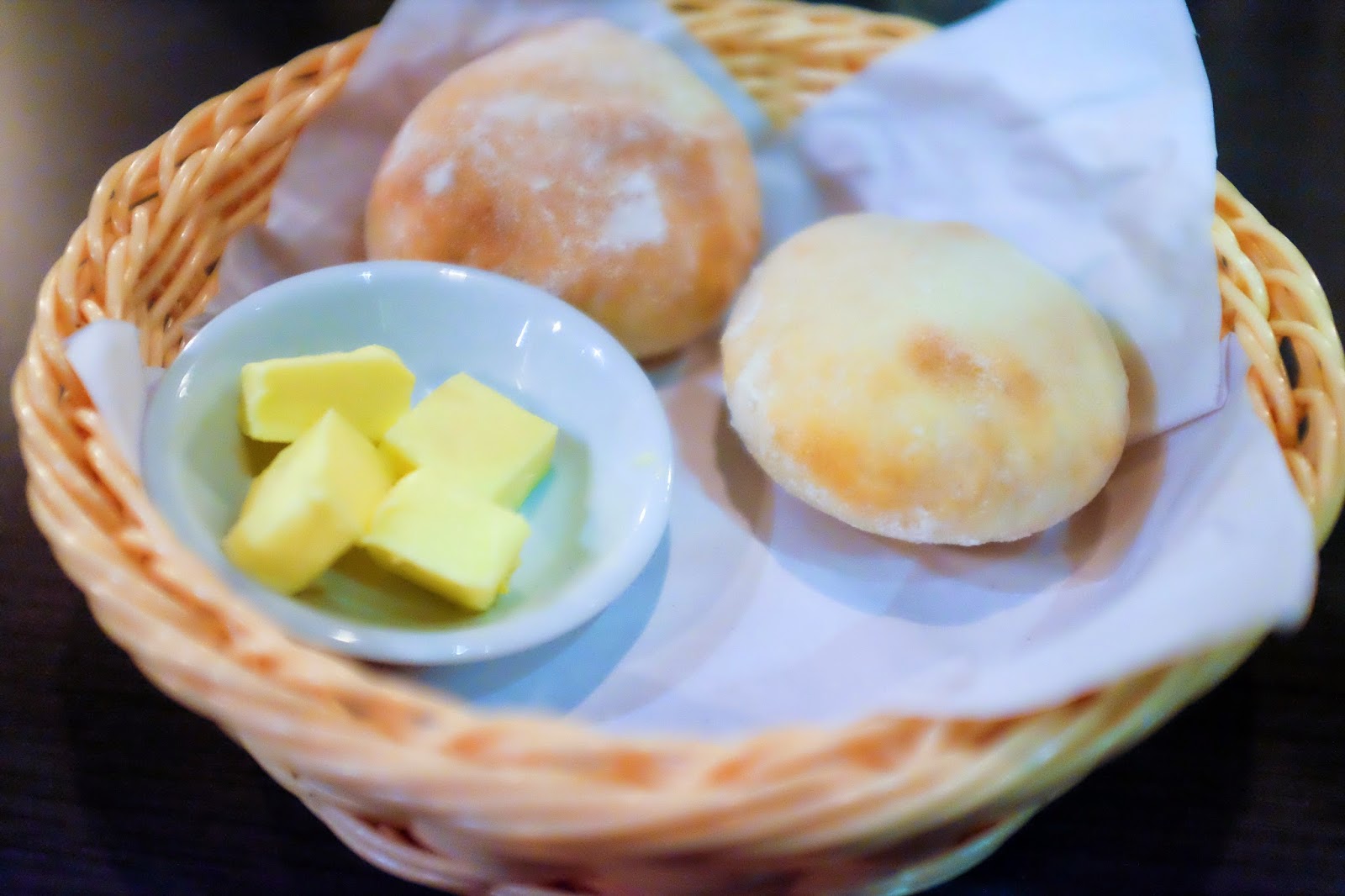 This is a cave for carnivores - the menu is fleshed out with the likes of lamb shank with koumi sauce (RM48 before taxes), chicken parmigiana (RM24) & oven-prepared beef ribs (RM100 for 550 grams). But as far as the bread basket goes, when there are three customers at the table, it's probably best to serve three complimentary rolls instead of two. 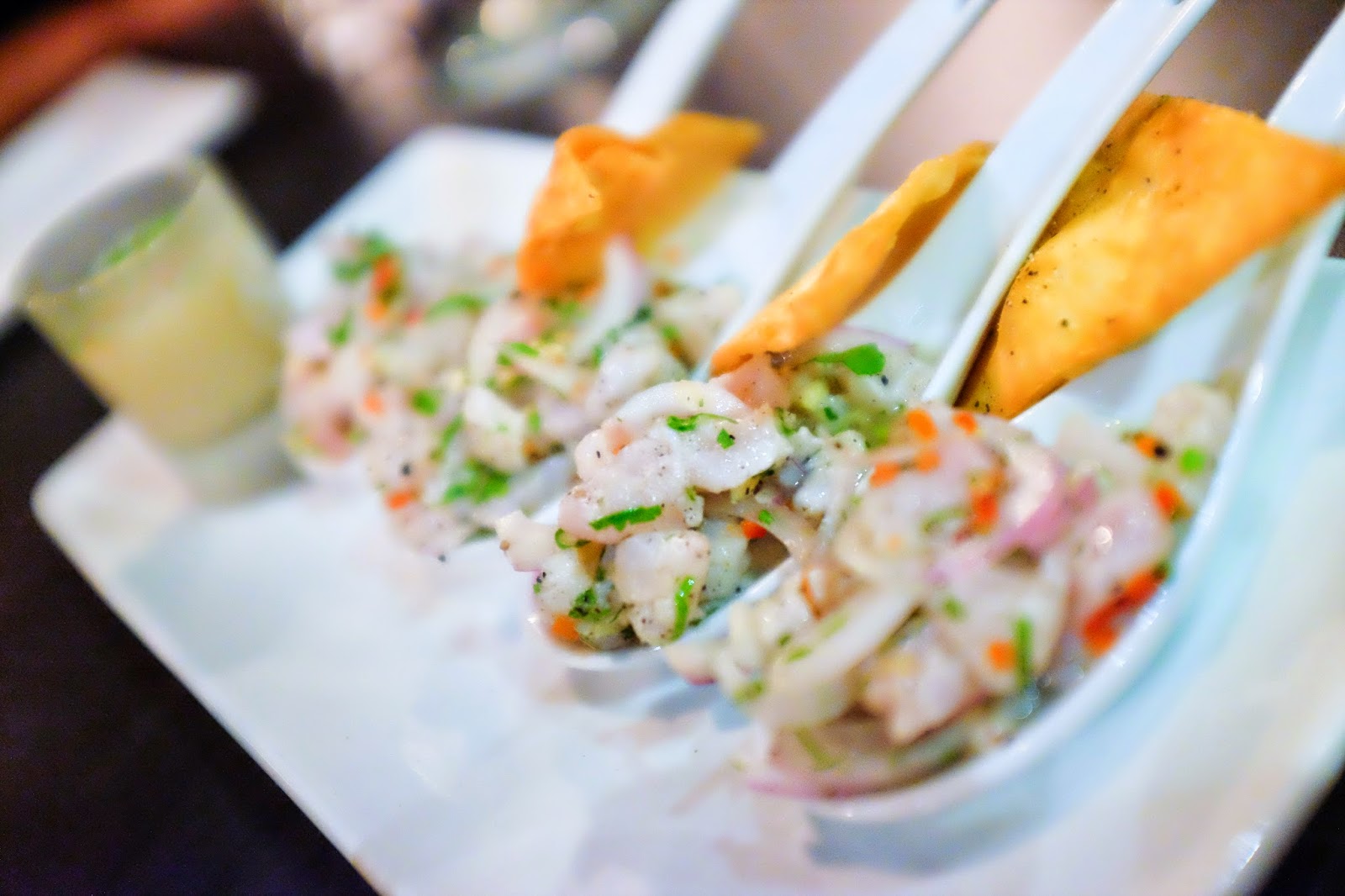 We hesitated to order much, since the service team fell short of inspiring confidence (two were unable to understand what 'rare' meant & refused to write the word on their order notepad), but the kitchen team proved more confident & capable. The Peruvian-inspired ceviche was pretty much worth its RM16 price tag. 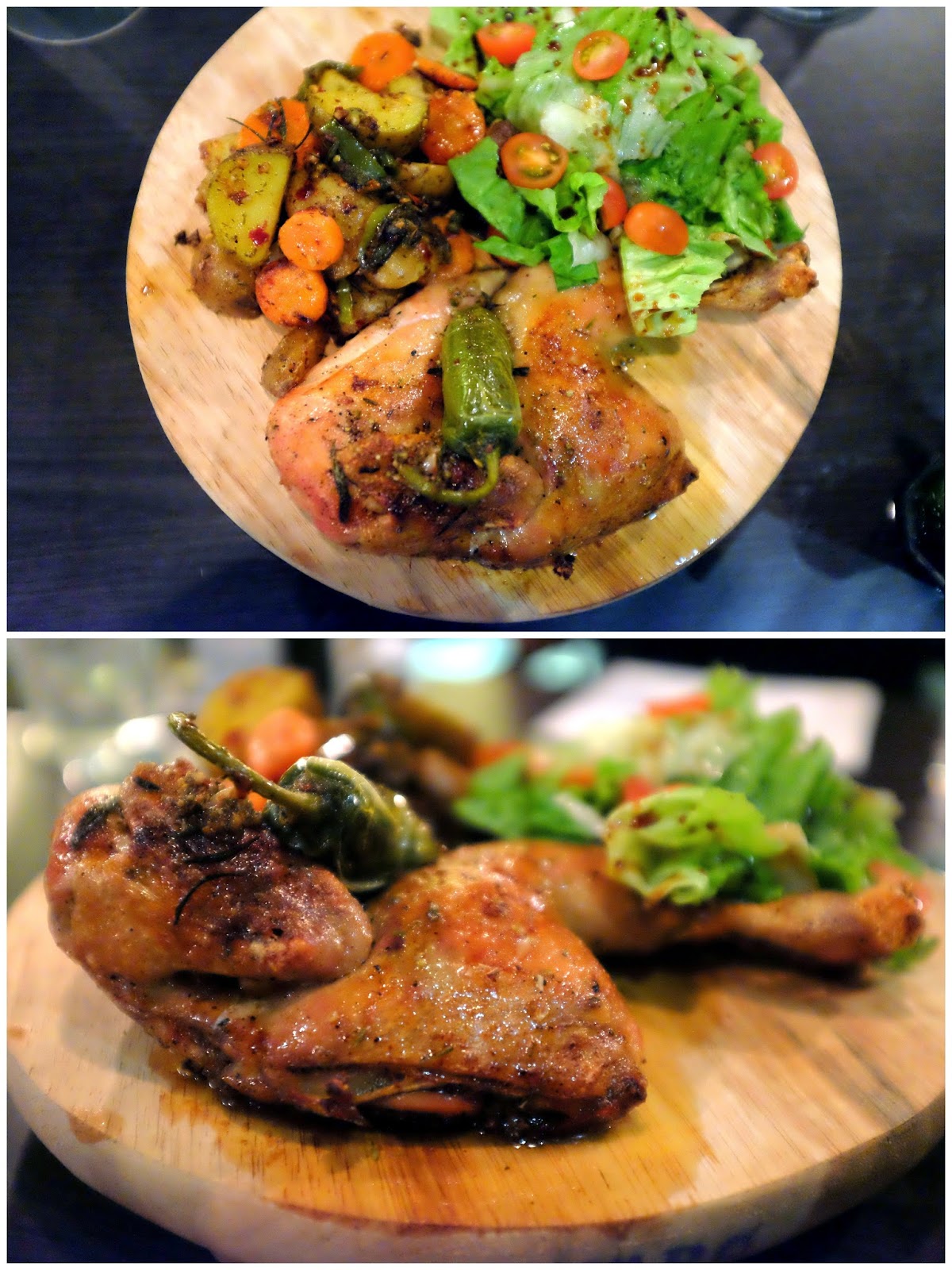 We enjoyed the 24-hour-marinated, slow-roasted chicken, paired with jalapeno pepper & veggies in an appetising set-up. 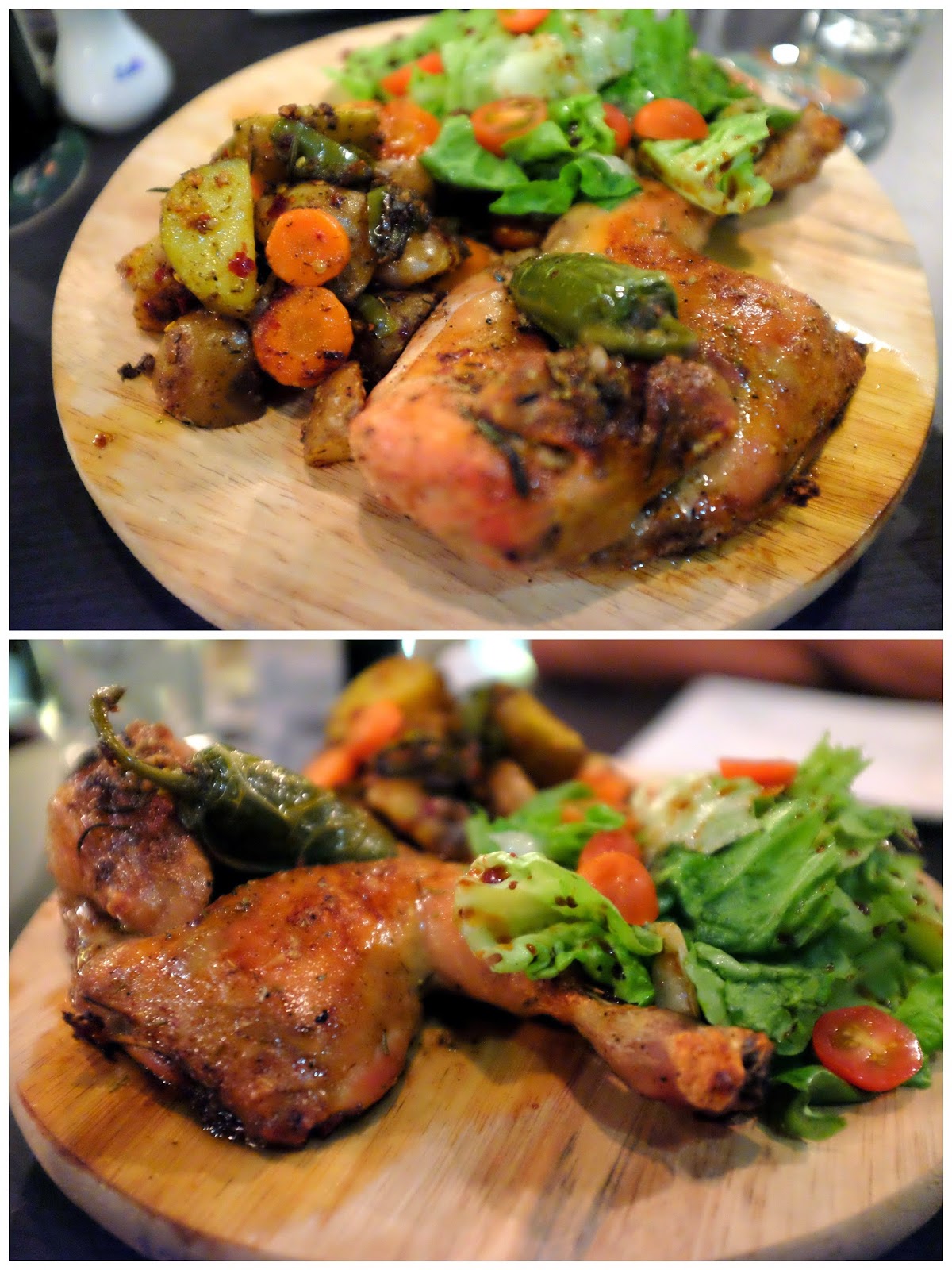 Juicy & flavoursome, RM30 for a half-chicken. But here's an anecdote on why restaurants need to familiarise their staff with their food: We were initially served a plate of chicken parmigiana; we informed our server that we had ordered roast chicken, but she insisted repeatedly that she had brought us roast chicken. We asked her to check with the kitchen, which confirmed it was chicken parmigiana, meant for another table. 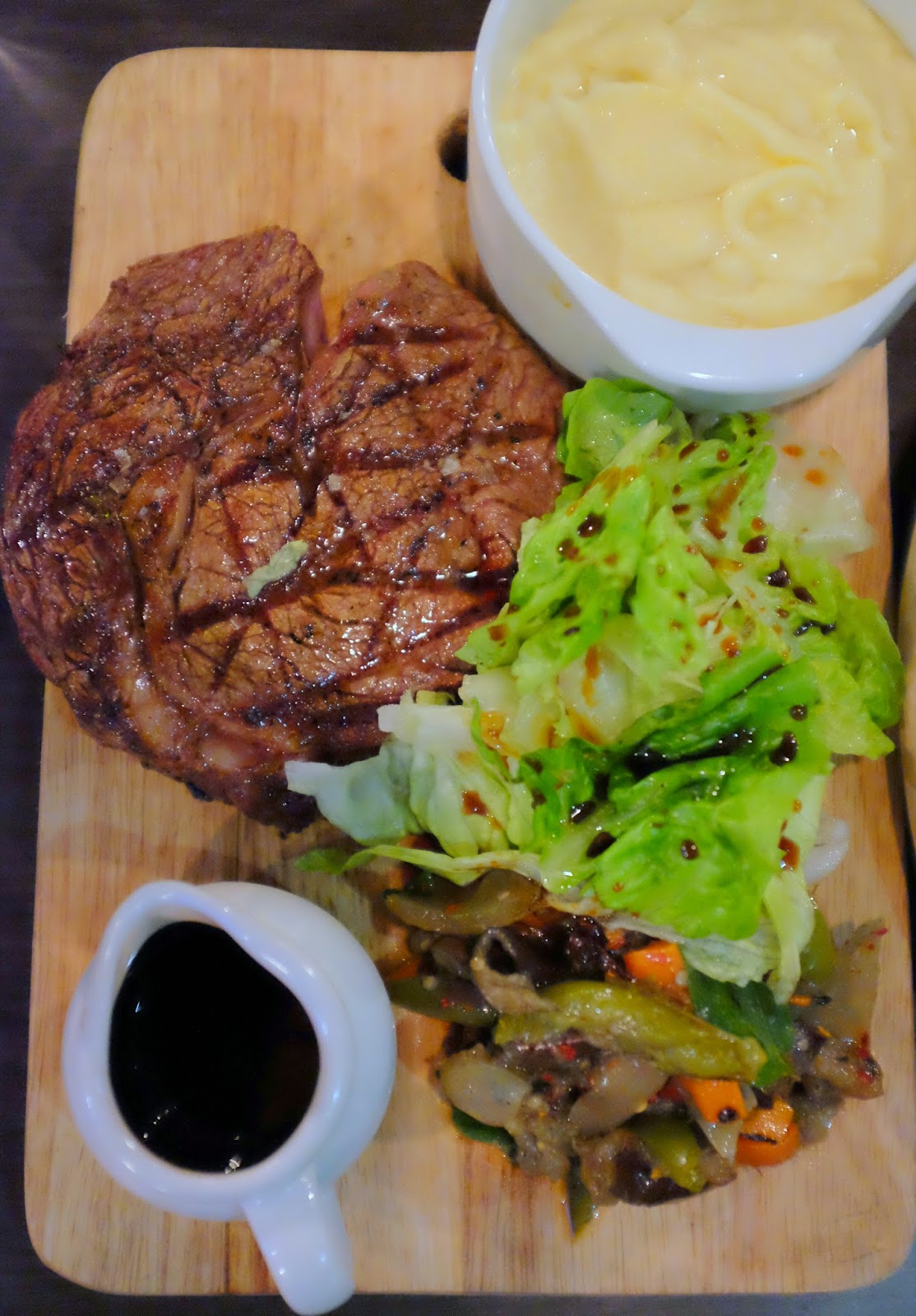 Chilled Aussie Angus beef forms the cornerstone of the menu, with a 350-gram rib-eye clocking in at RM75. Choices for sides include artichoke puree, parsnip puree & green beans with hazelnut oil, while sauces range from red wine jus to chimichurri & green peppercorn sauce. 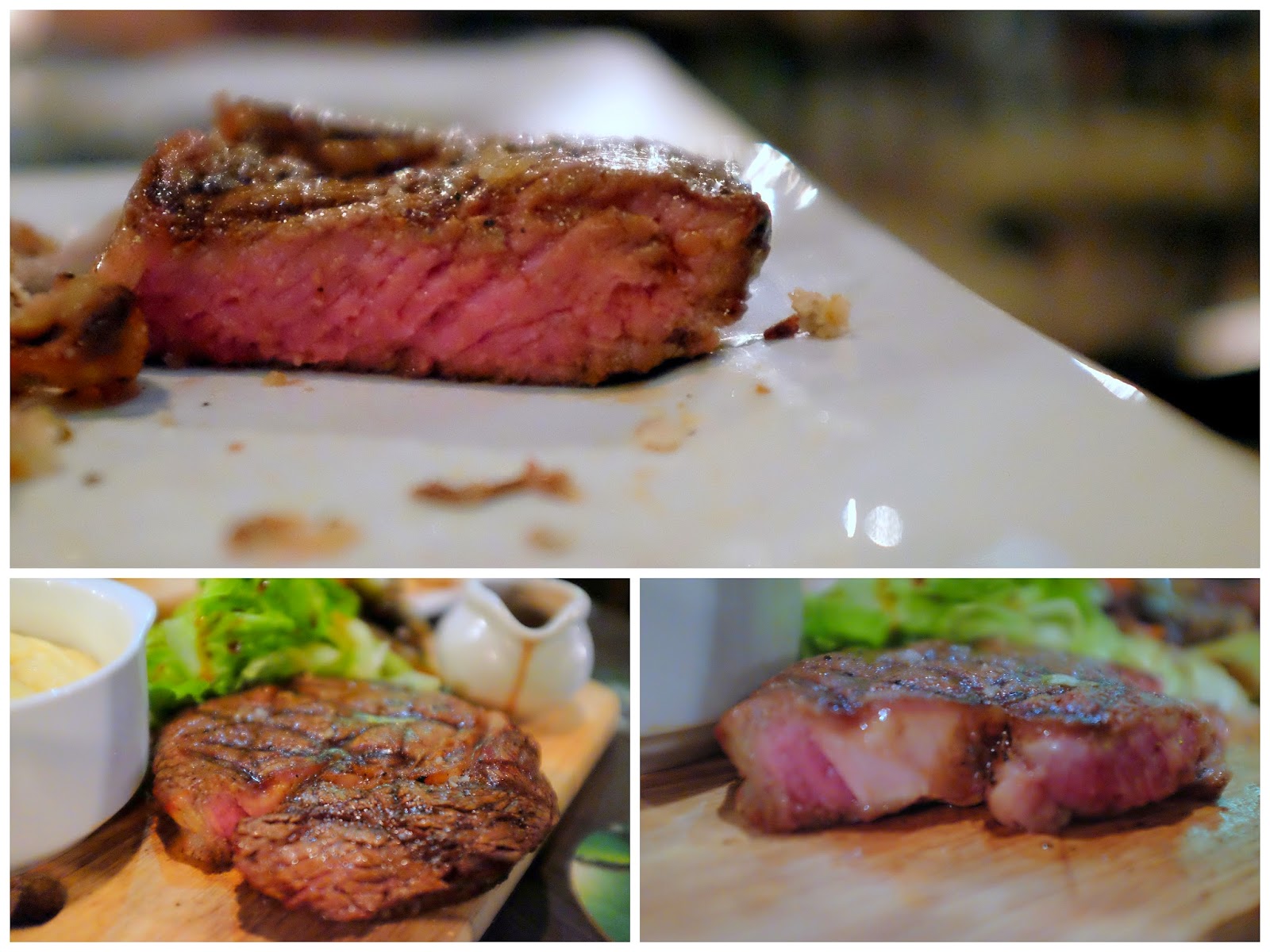 The meat was nicely prepared - promising enough that we almost wish we had ordered the beef burger with spicy guacamole & chipotle mayo too. Housekeeping notes: The Meat & Wine Co is a no-pork restaurant. 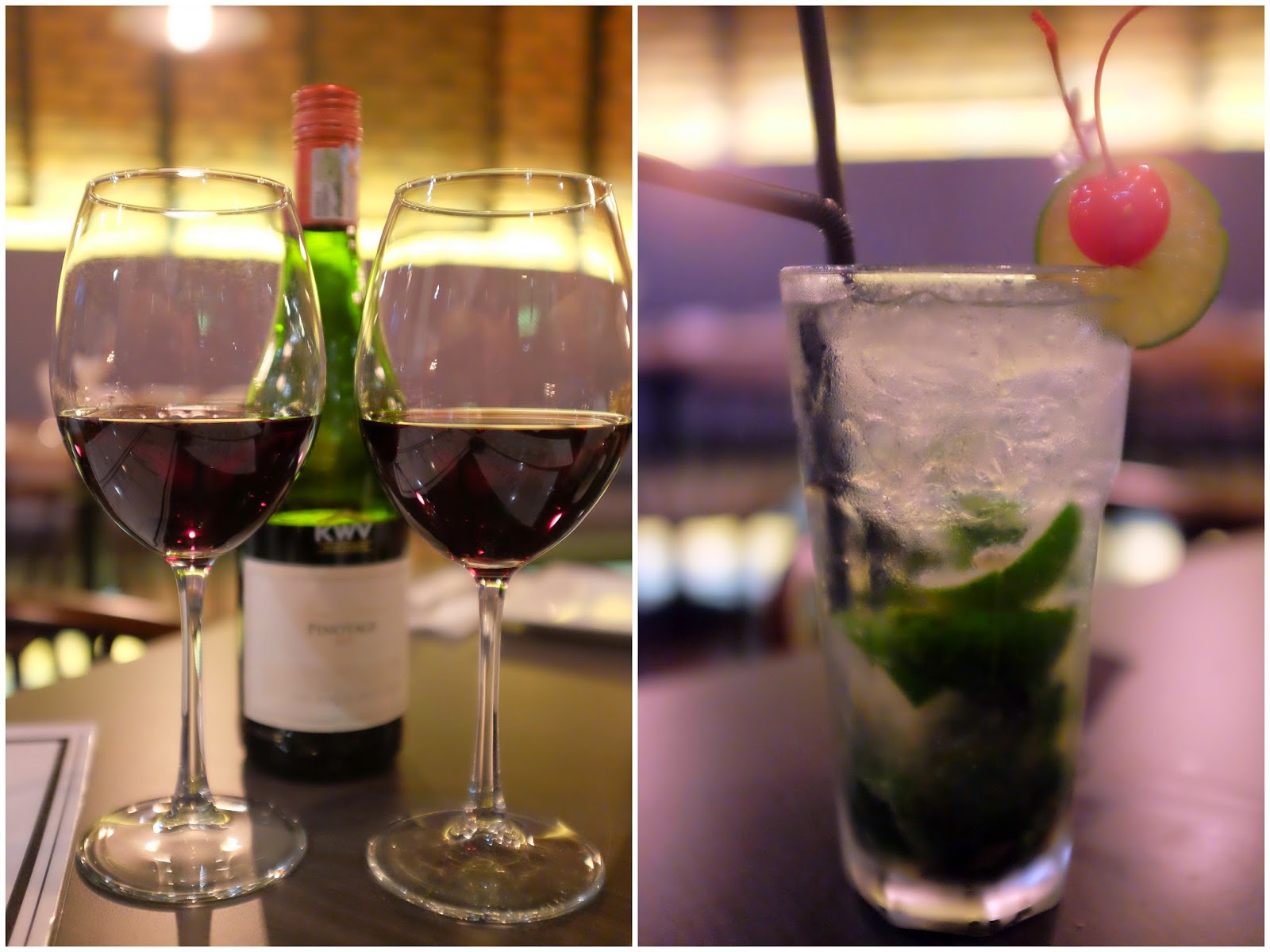 Wine is available, alongside assorted cocktails - the Champagne Mojito (RM30) should probably be renamed to avoid confusing some customers, since the menu description says it contains Ruffino Prosecco. 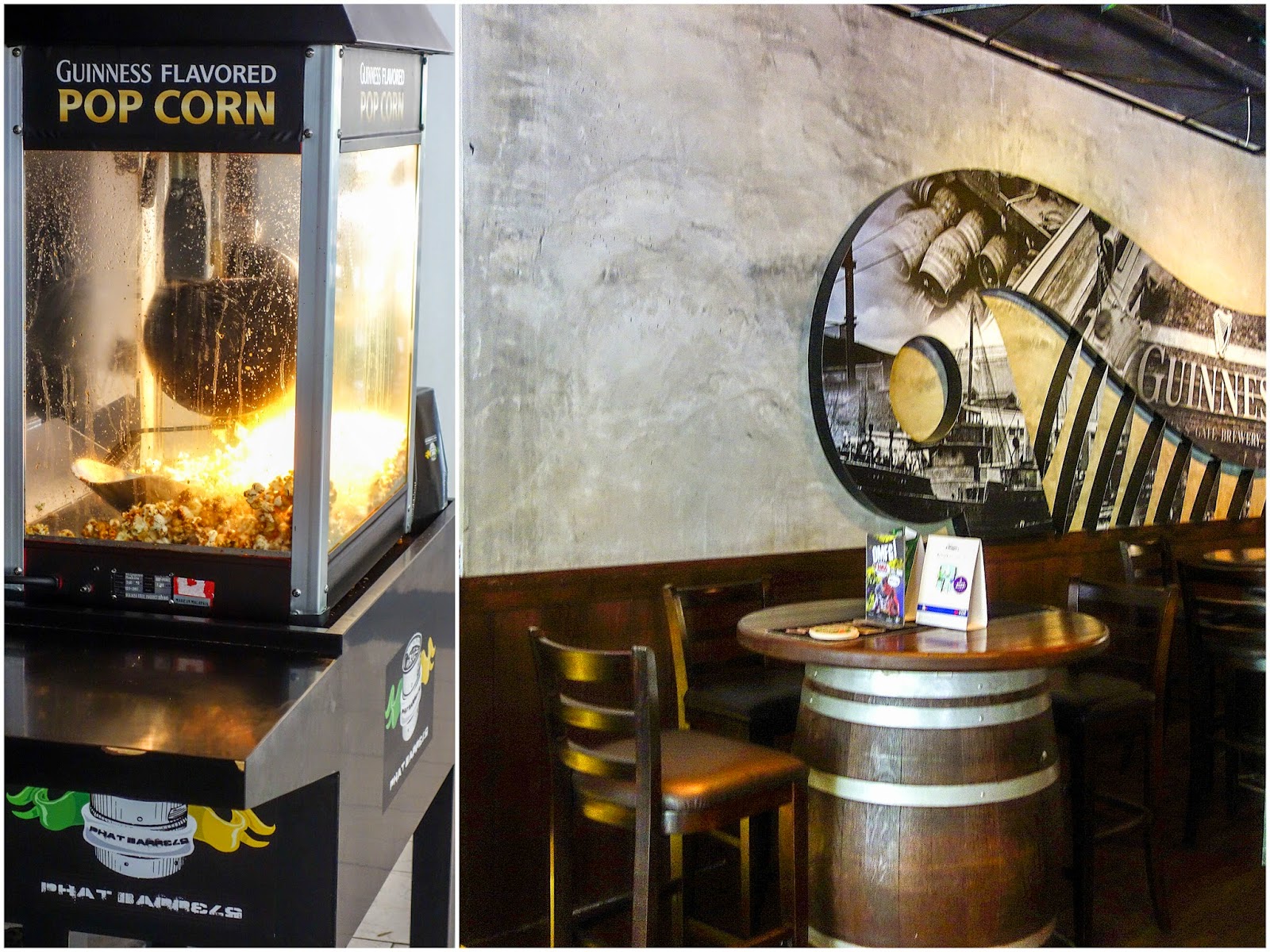 The Meat & Wine Co takes over the location outside Publika that was previously Phat Barrels - we visited Phat Barrels earlier this year, but never managed to get around to writing about it until now. 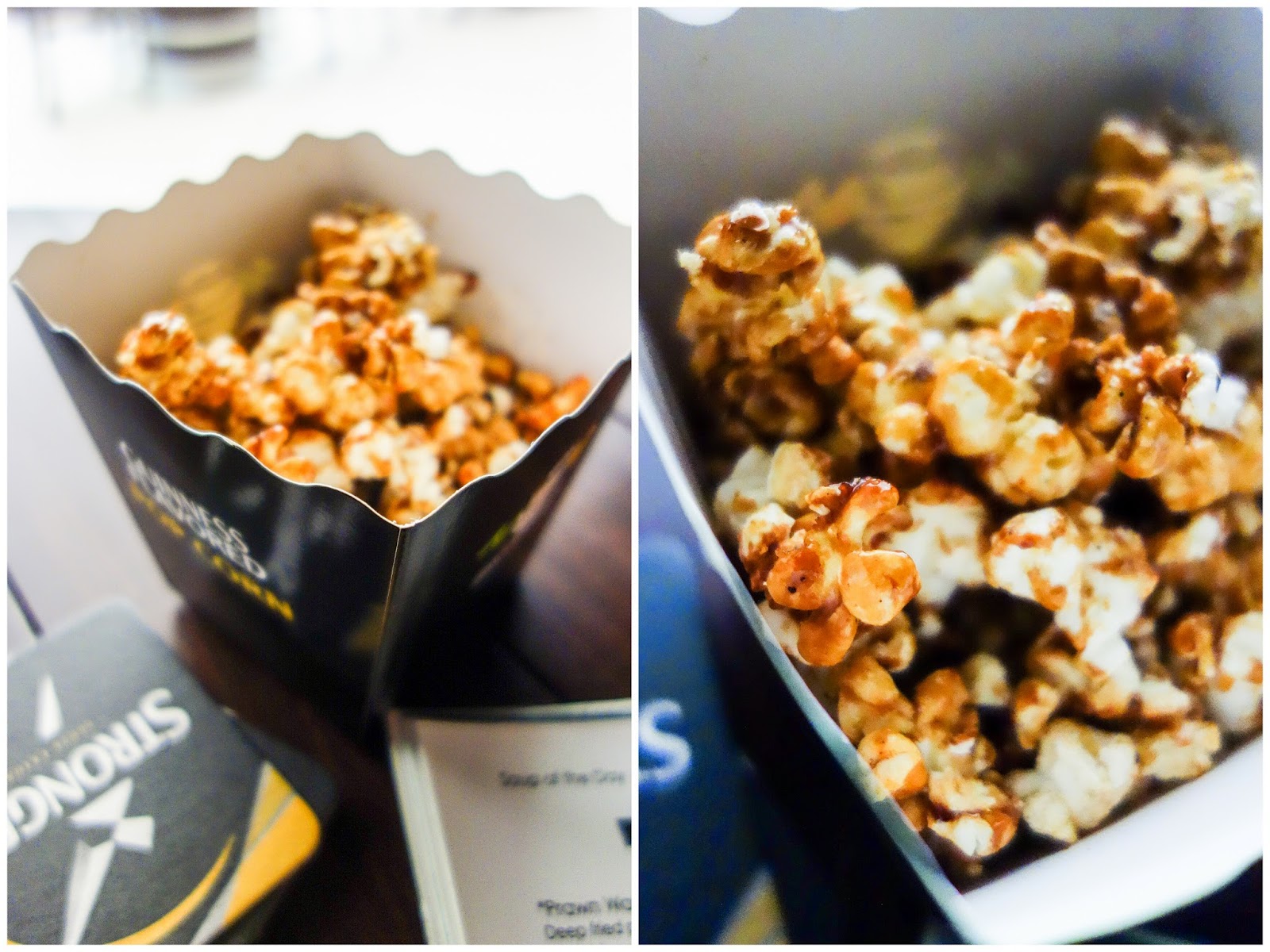 Phat Barrels had some interesting offerings, so it's sad to see it gone so soon - the Guinness-flavoured popcorn was tasty, labelled a 'bottomless refill' - continuously replenished for RM15. All the popcorn you can eat (we gobbled up three boxes). 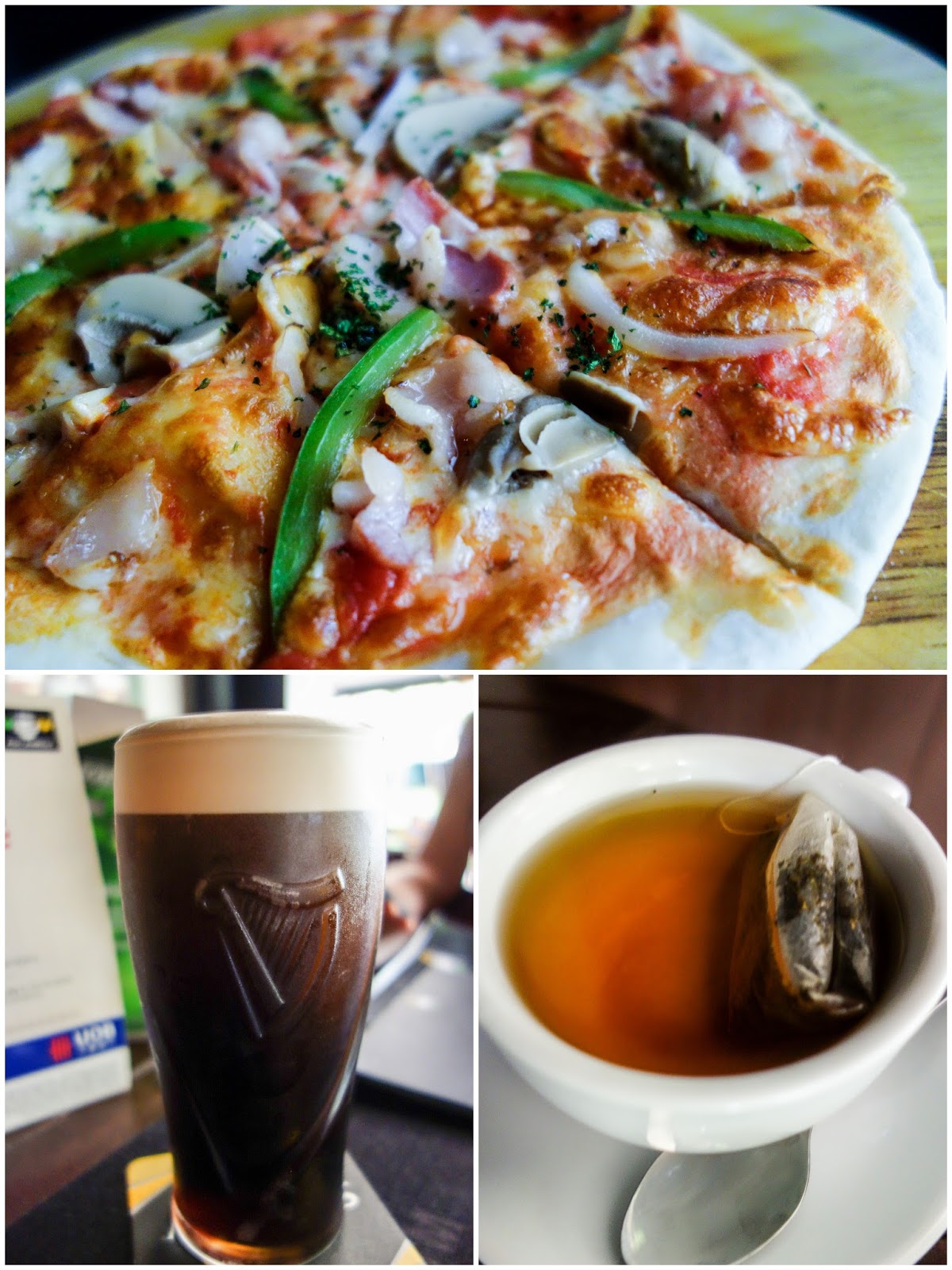 Phat Barrels was all about Guinness & pork; note the bacon pizza on house-made Guinness dough base. R.I.P. Phat Barrels.

The Meat & Wine Co
A1-G2-06, Solaris Dutamas, Kuala Lumpur. Across from Chawan, farther up the corridor.