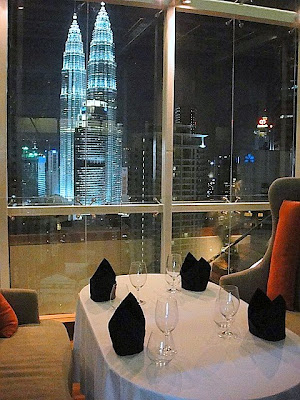 There's a tantalizing taste of Italian in the air this week. Literally. 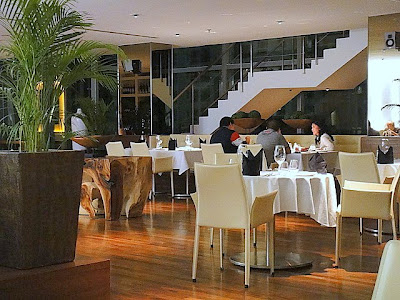 After months of anticipation, Tanzini is finally open on G City Club Hotel's 28th and 29th floors, encompassing two levels to form one of the city's most elegant restaurants. 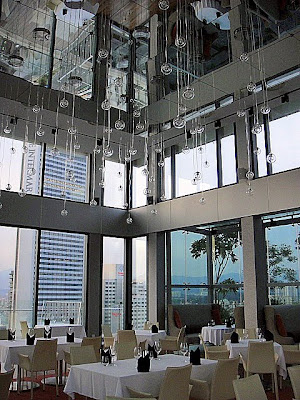 It's hard for the setting to live up to sky-high expectations, but the first impression is positive. Acrophobes might feel queasy, but claustrophobes should have no qualms about this place. 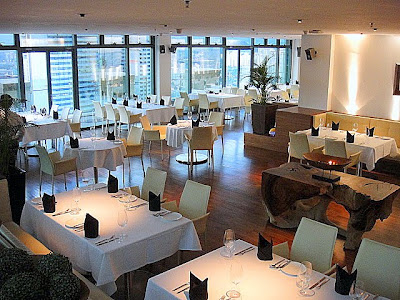 The restaurant staff members are very friendly and obliging; a few first-day hiccups became evident when some of our orders were mixed up, but that was OK. 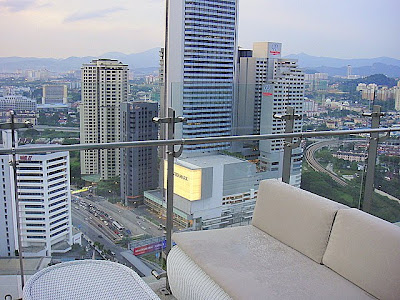 The furnishings here are classy but understated enough to avoid stealing the spotlight from the sweeping view; this is among those few restaurants that manage to capitalize on the city skyline, by dint of its location and altitude. 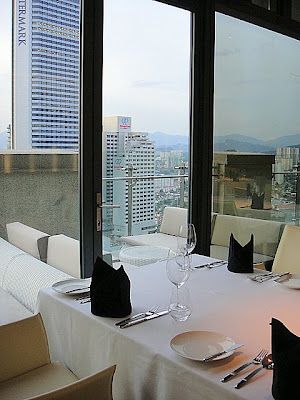 One thing appears almost assured: if you're serious about eating out in KL, you'll eventually end up here sometime in the coming year, if not this very month. 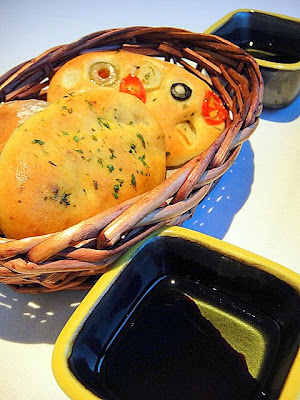 There's a catch: the food isn't as remarkable as the surroundings, for now. We were hoping for adventurous options, but there's a been-there, done-that quality to the menu. 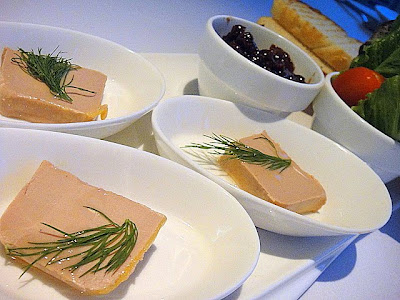 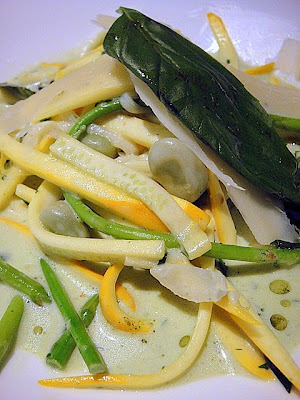 Fregula Mantecato. One of the more intriguing pasta choices here, comprising toasted Sardinian semolina dough balls with spring veggies & mascarpone cheese. Alas, the salt in the sauce was somewhat overpowering _ there seemed to be enough of it to keep a Chinese restaurant kitchen humming all evening. 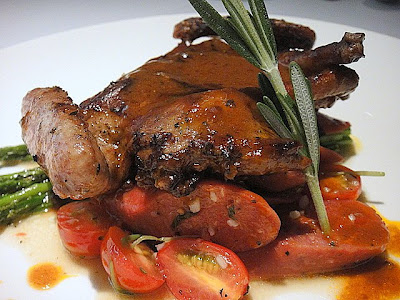 Pan-roasted pigeon with Italian sausages, baby spinach & marjoram in parsley oil & sweet wine reduction. Fairly flavorsome, but some parts of this were kinda chewy. Come to think of it, I just realized that I can't tell the difference between pigeon and quail. 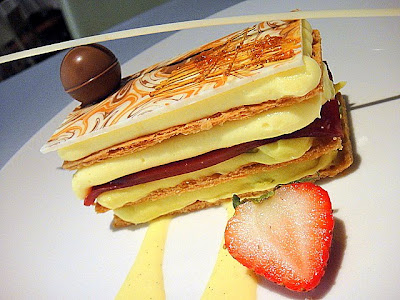 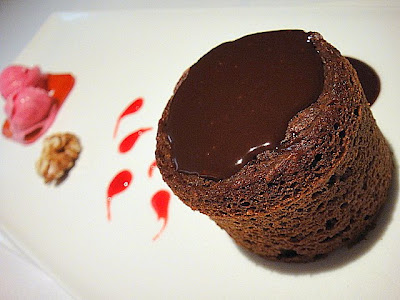 Chocolate cake with kumquat sorbetto & toasted walnuts. Can't genuinely fault this; it was moist and dense, with thick, gooey sauce. But maybe the golden age of chocolate cakes is behind us. 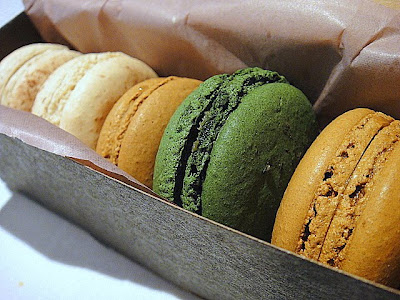 We smuggled in a box of macarons, bought from Babycakes on the hotel's ground floor. 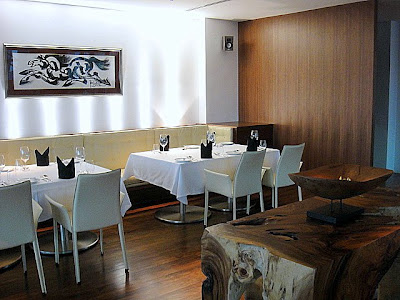 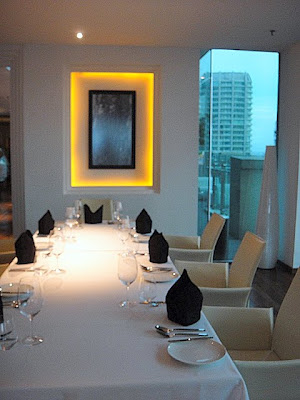 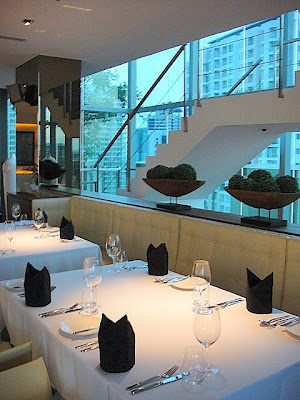