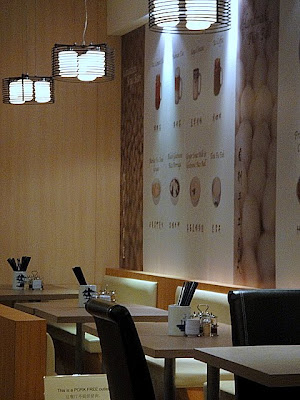 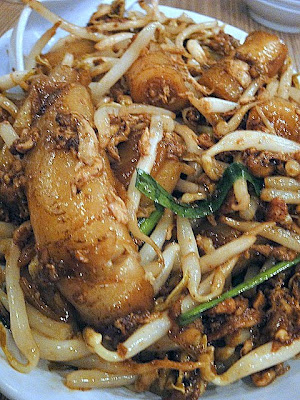 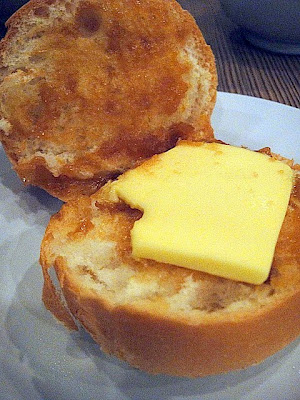 Toast bread. Extremely ho-hum. Mediocrity is the name of the game. 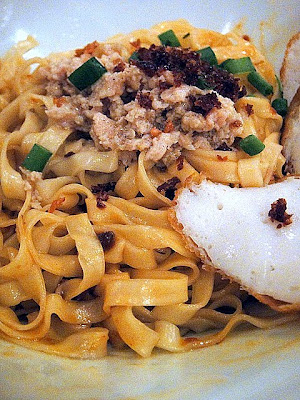 Mee pok with chili paste. Might make a decent lunchtime meal, but it's more of a bland stomach-filler than something that would win raves. 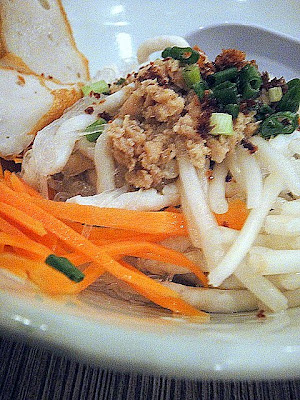 Fish noodles. Also lacked flavor, though the noodles had a nice bite to them. 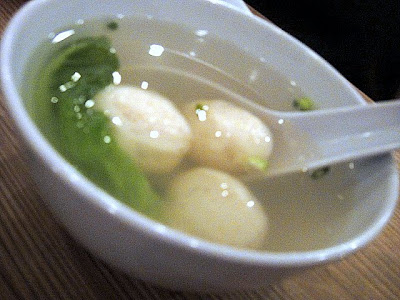 Springy fish balls, made with yellowtail. 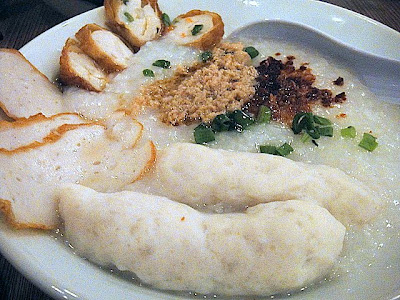 Porridge. Could use a wider variety of ingredients to boost its flavor a few notches. How about some century egg? Or better still, add a sprinkling of crunchy pork lard. 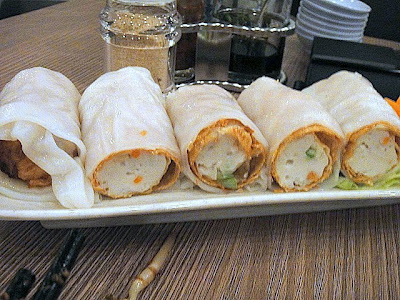 Fu Chuk skin roll. Our favorite item, thanks to the fresh-tasting, piping-hot stuffing. 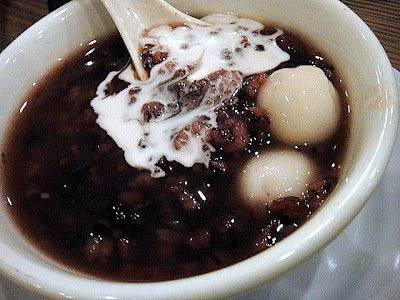 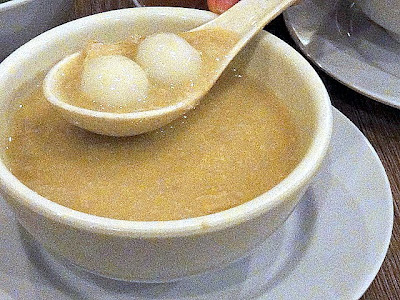 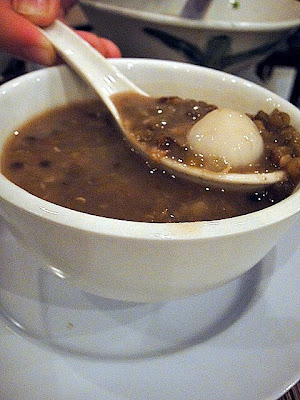 Mung bean soup. All these three desserts are variations on a theme, right? 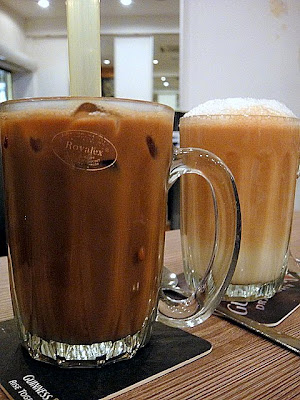 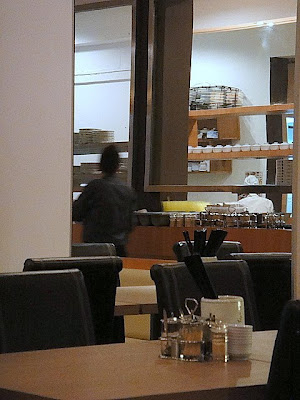 Tang Pin Kitchen,
Asian Heritage Row.
Find us on Find us on