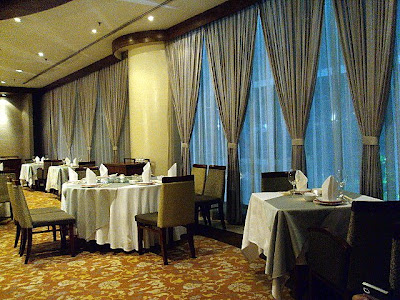 We had trouble satisfying our dumpling cravings this year, with many places either running out of stock or not serving these carb-laden treats for dinner. Thankfully, Tai Zi Heen rescued us before we lost hope. 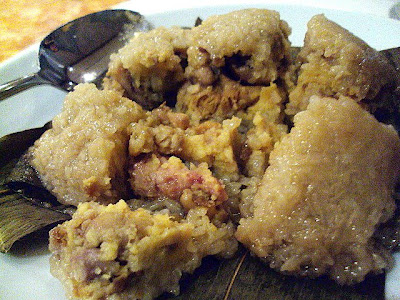 The Hong Kong-style pillow-shaped dumpling was alright, but the absence of pork was sorely felt. No choice though, since this is a halal restaurant. 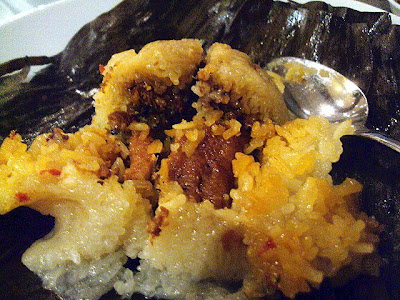 A Sambal Unagi dumpling showcased Tai Zi Heen's flair for experimentation. The eel added a melt-in-your-mouth feel that made this a success, though it tasted more Malay than Chinese. 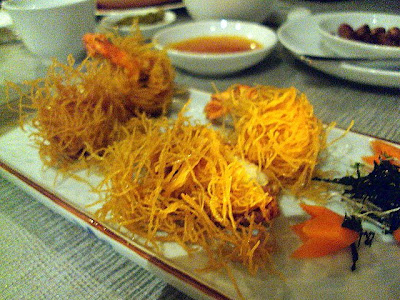 Man cannot live on dumplings alone, so we also ordered other dishes.
The deep-fried prawn roll with salted egg yolk and chicken sausage was OK; not too oily but it lacked a distinct eggy taste. 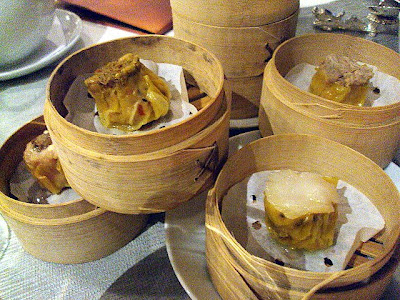 Four varieties of siu mai, topped with baby abalone, scallop, tuna and chicken rendang. Not as exciting as it might sound, though not bad either. The first three were well-prepared but somewhat forgettable; the chicken rendang siu mai tasted exactly as one might expect. 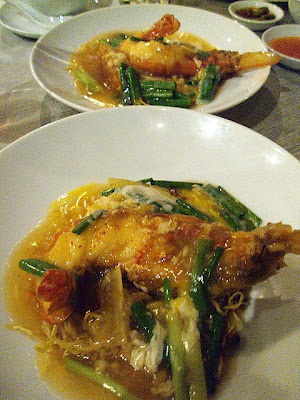 Sang Har Meen (pan-fried crispy egg noodles with river prawn, topped with prawn roe and egg gravy). Decent but nowhere as good as the one at Soo Kee. Blame it on the gravy, which should have been more flavourful. 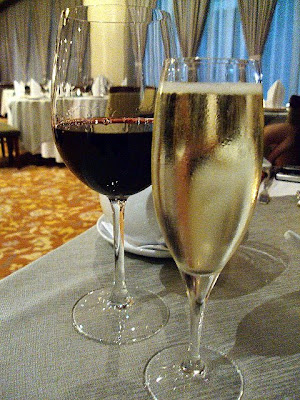 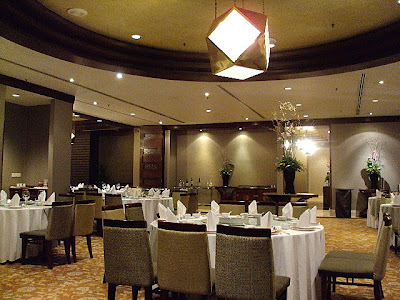