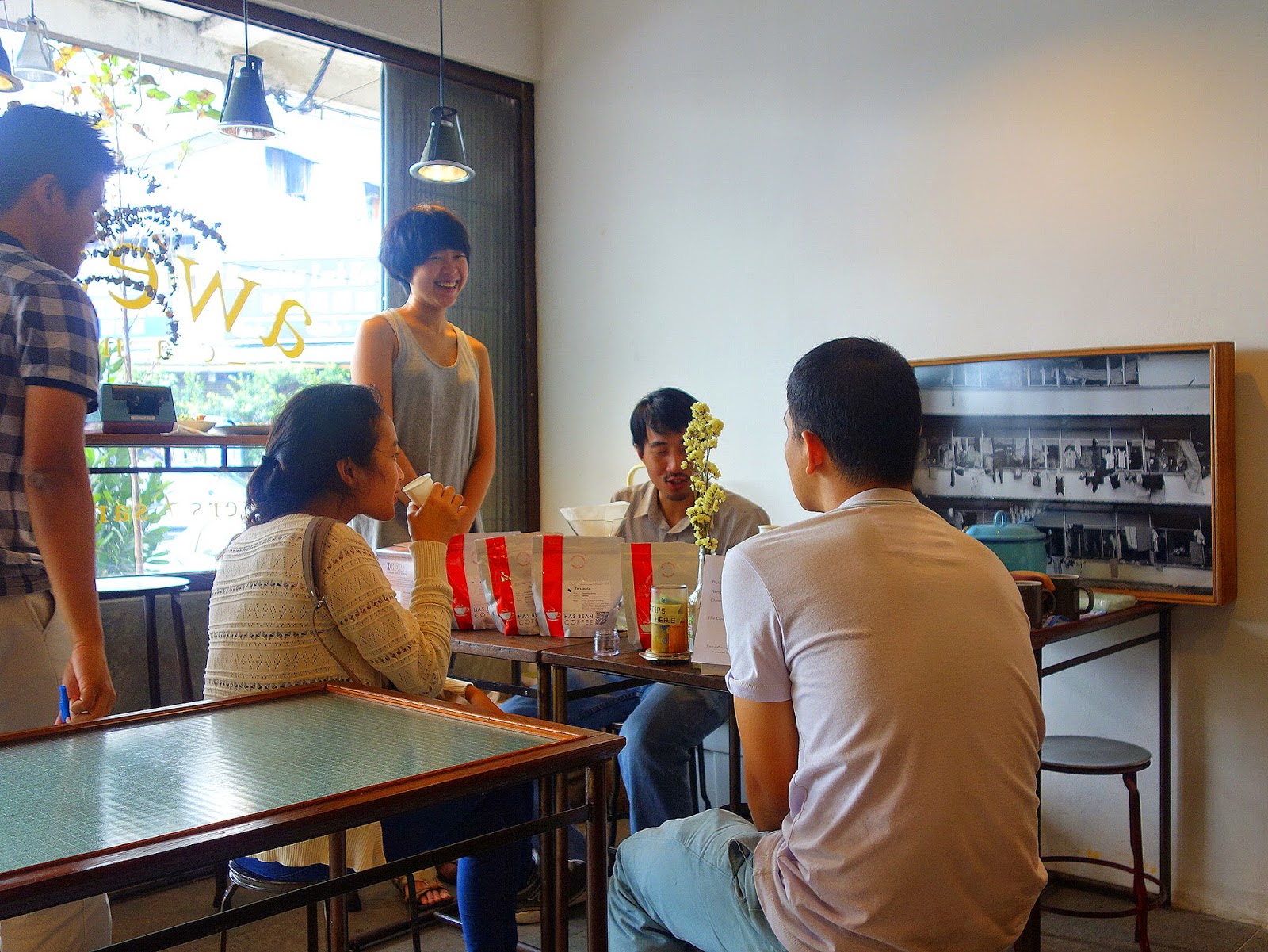 They can't stay still in one place, but they sure can make a mean cup of coffee: Two of Malaysia's pivotal cafe-hoppers have reinvented themselves to become roving baristas, launching a pop-up brew bar that'll perk up the Klang Valley's cafe experience. Summon them if your friendly neighbourhood cafe needs an invigorating shot of top-flight caffeine & has a corner to spare. 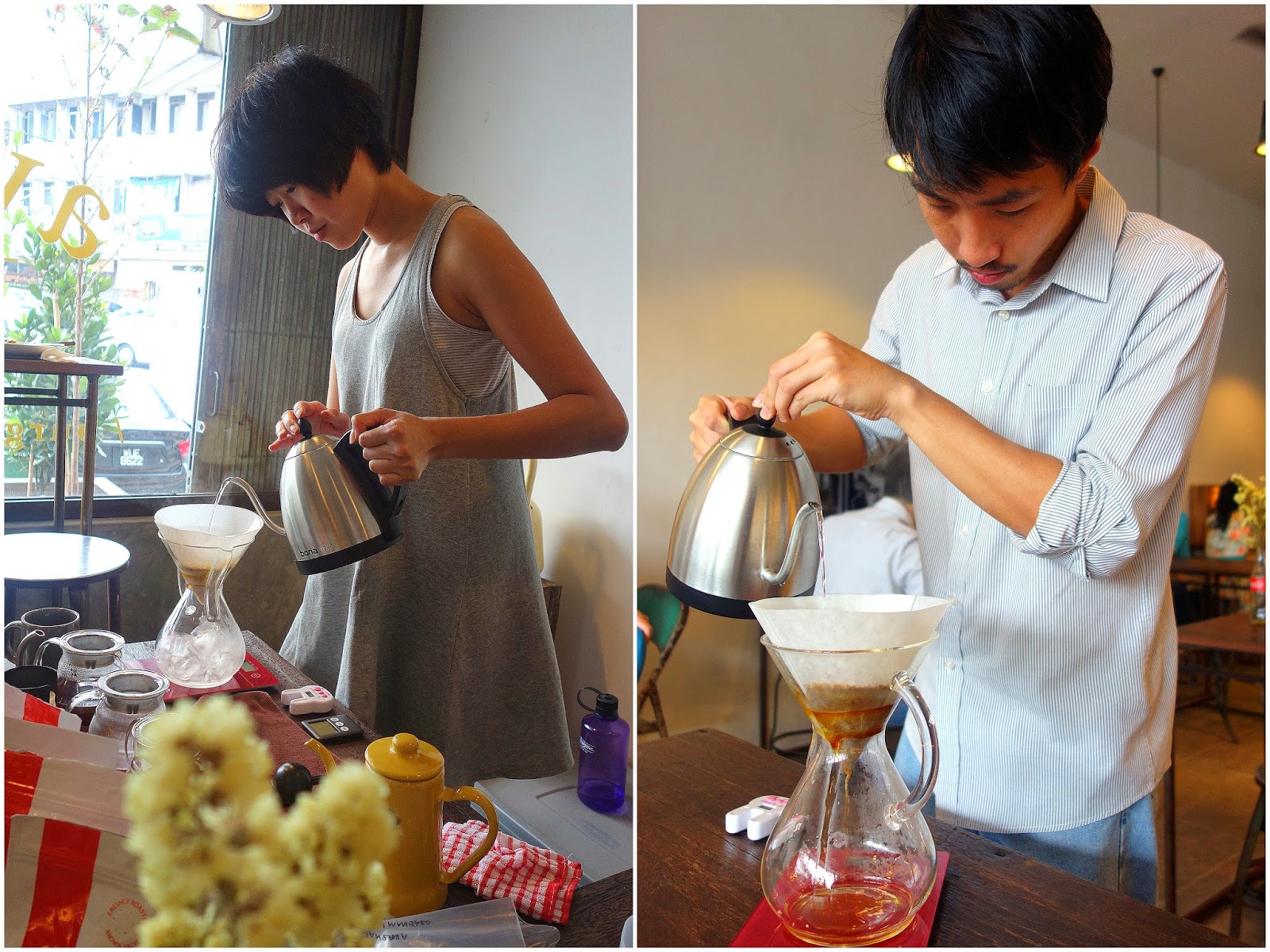 The Spacebar Coffee enterprise marks the latest twist in the tale of bean-whisperers Joachim Leong & Tze Shean Tan, the life force of the Cafe Hop KL community. The two might also be familiar faces for fans of VCR, having formed part of that cafe's earliest team of baristas. This year, they bade farewell to VCR & sought adventures abroad, criss-crossing multiple continents & taking inspiration from cafes & fellow coffee-lovers from as far as Mexico, the UK, Taiwan & Japan. 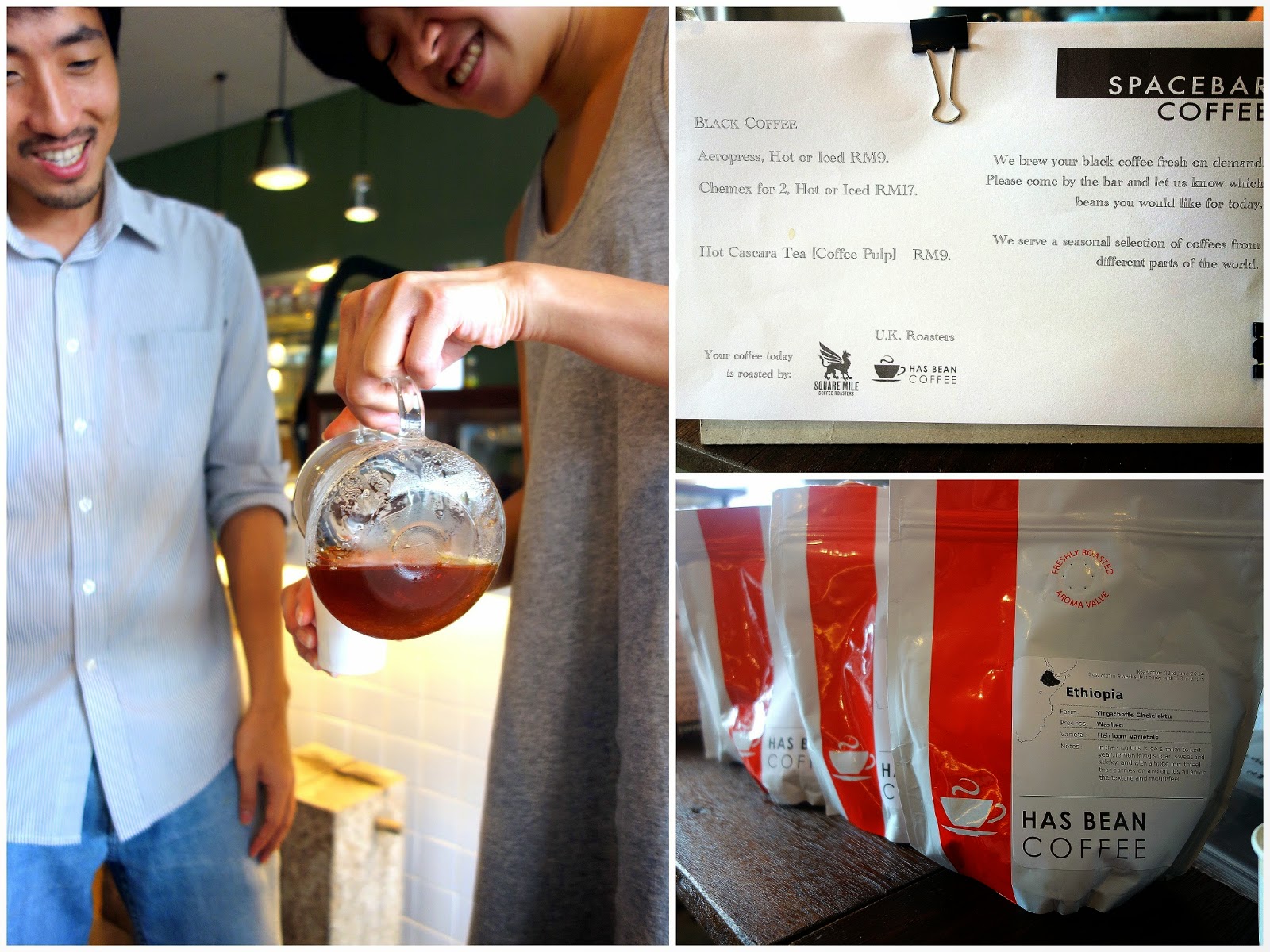 Now that Jo & Shean are back in business, Taman Paramount's Awesome Canteen is hosting their work with Spacebar Coffee this week & next week, only on Thursdays & Fridays, 12pm-4pm (that's every afternoon on July 4, 10 & 11). Stafford, UK-based roaster Has Bean Coffee provides the poison, served black, hot or cold, for filter coffee hand-crafted on AeroPress or Chemex. 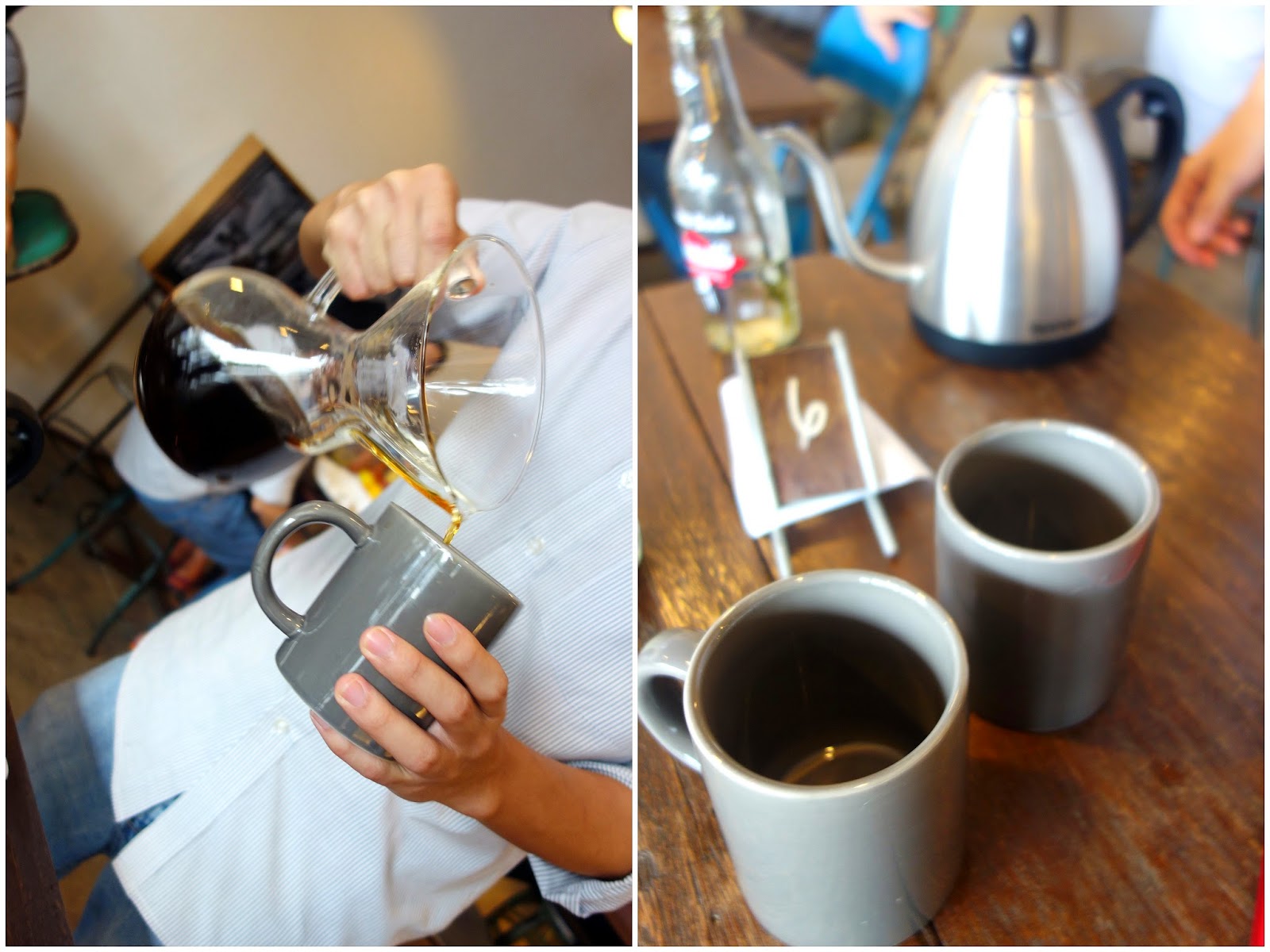 Nicaragua Finca Limoncello, pretty light, with toasty, nutty (walnuts? peanuts? pecans?) riffs. A real palate-cleanser for everyone who feels they've been plagued by bad coffee everywhere they turn (it's true, the Curse of Cruddy Cappuccino is real). 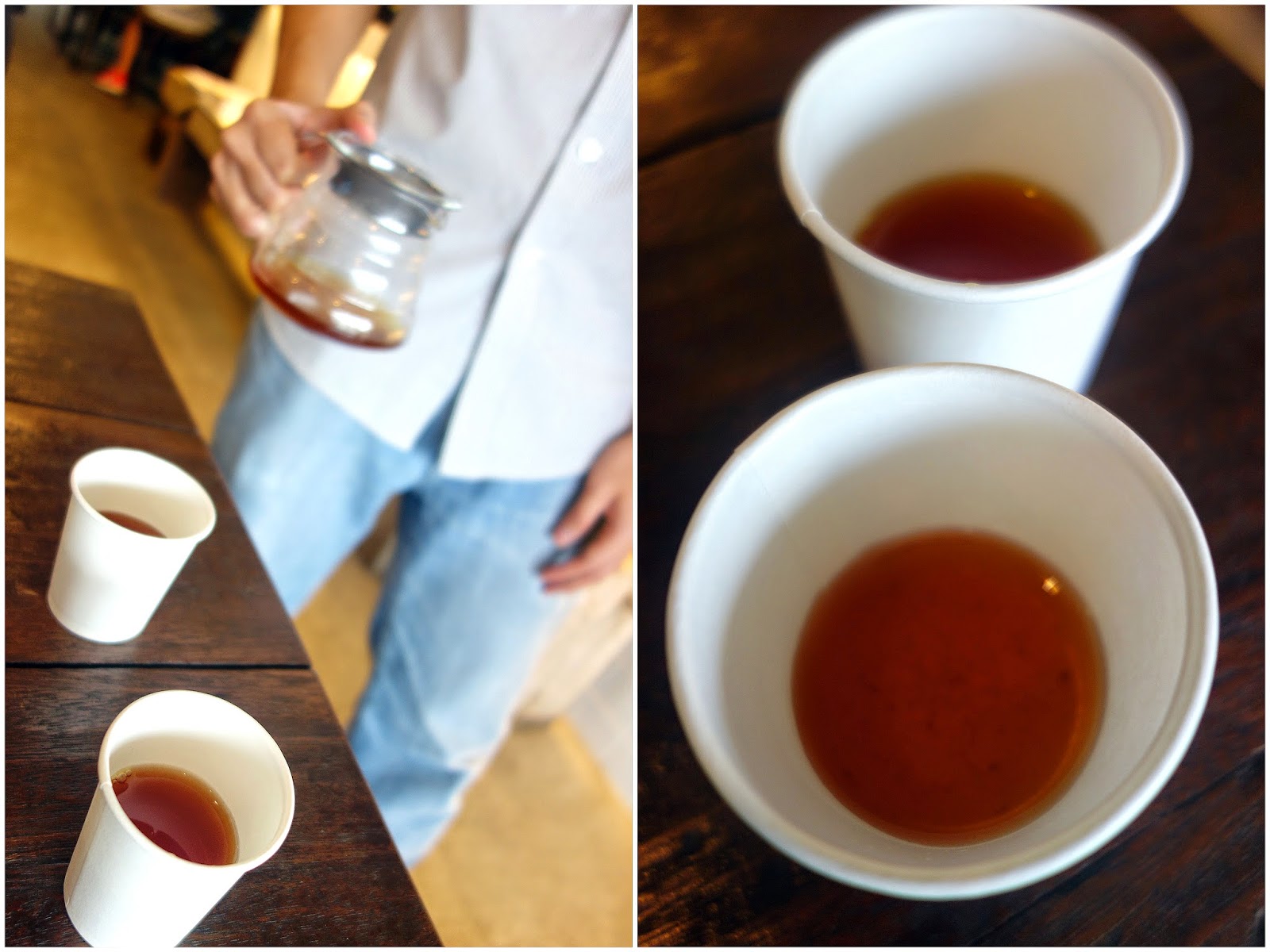 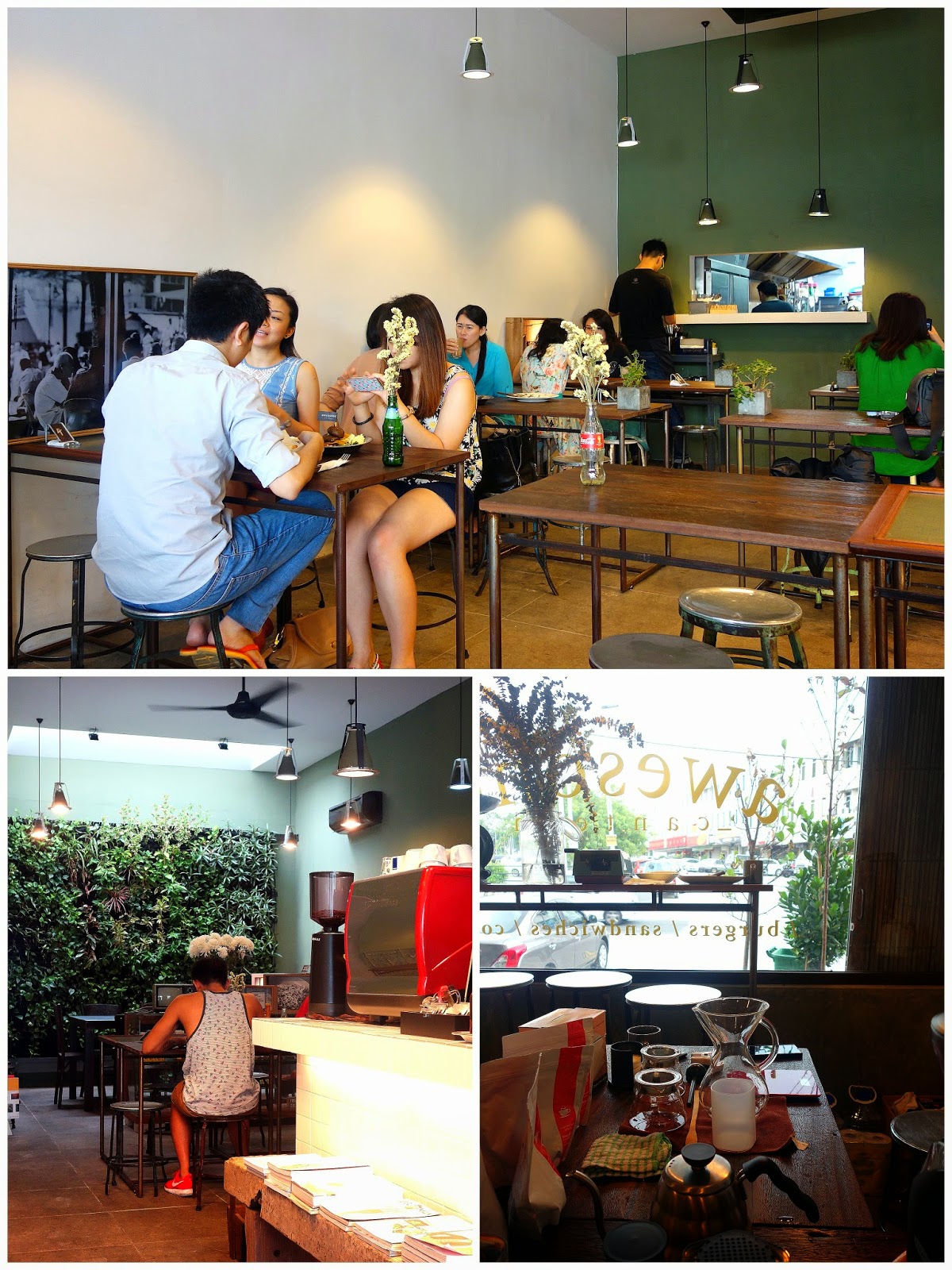 Spacebar Coffee furnishes a compelling purpose for customers to return to Awesome Canteen this month, but there's a whole swathe of reasons why this cafe has blossomed so unstoppably into one of PJ's most beloved; it's one of our best bets for food prepared with wit & wisdom.
Earlier entry on Awesome Canteen: November 2013. 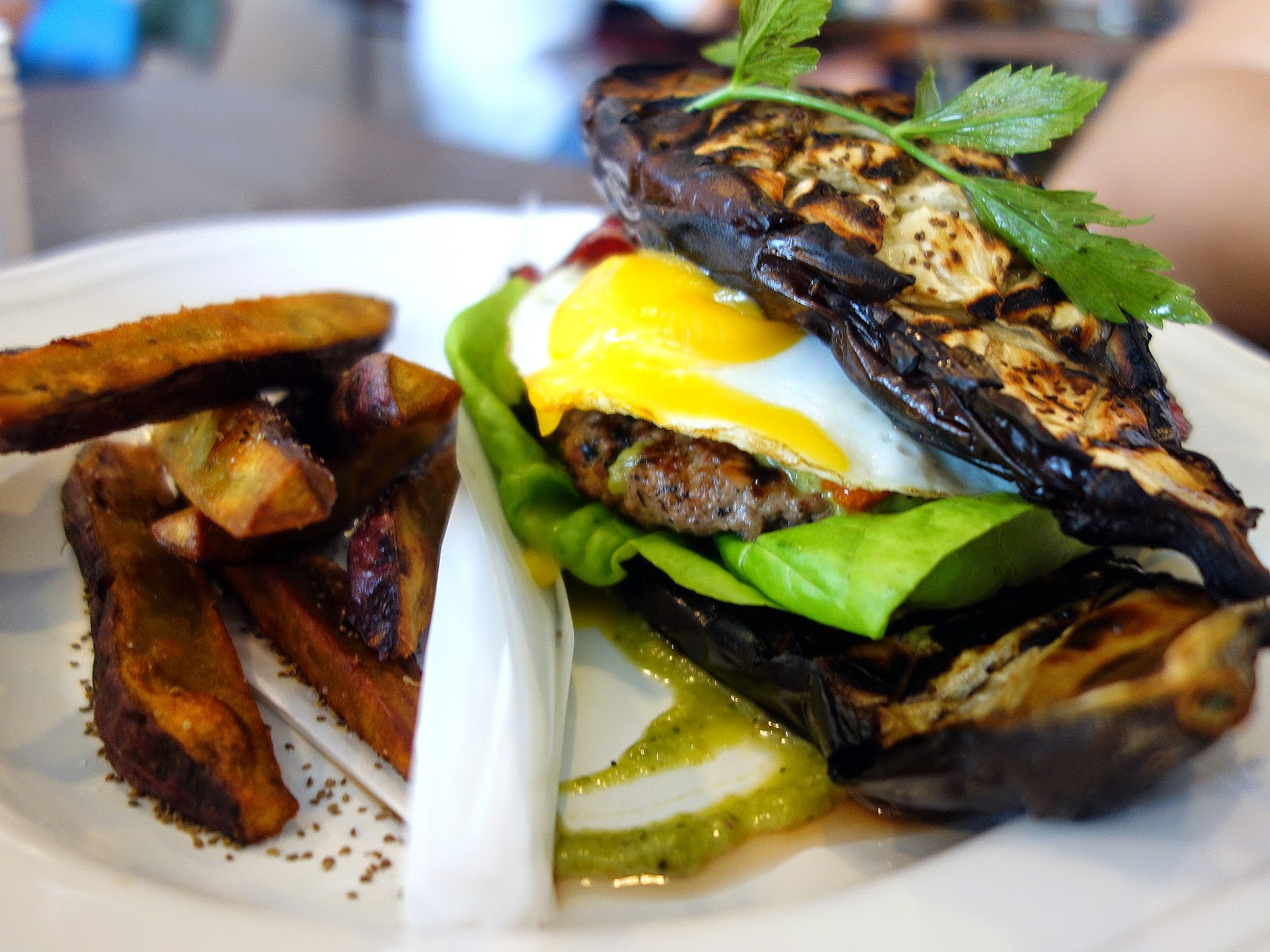 Awesome Canteen's pioneering Paleo selection has become one of its star attractions; even those of us not on the hunter-gatherer diet can appreciate the distinctive deliciousness of something like this 'Paleo Egg Plant Niku Stack' (RM27.90), a sterling substitute for regular burgers, constructed with a 130-gram beef or chicken patty & sunny-side-up, wedged between thick, juicy slices of eggplant & paired with chunky sweet potato fries. 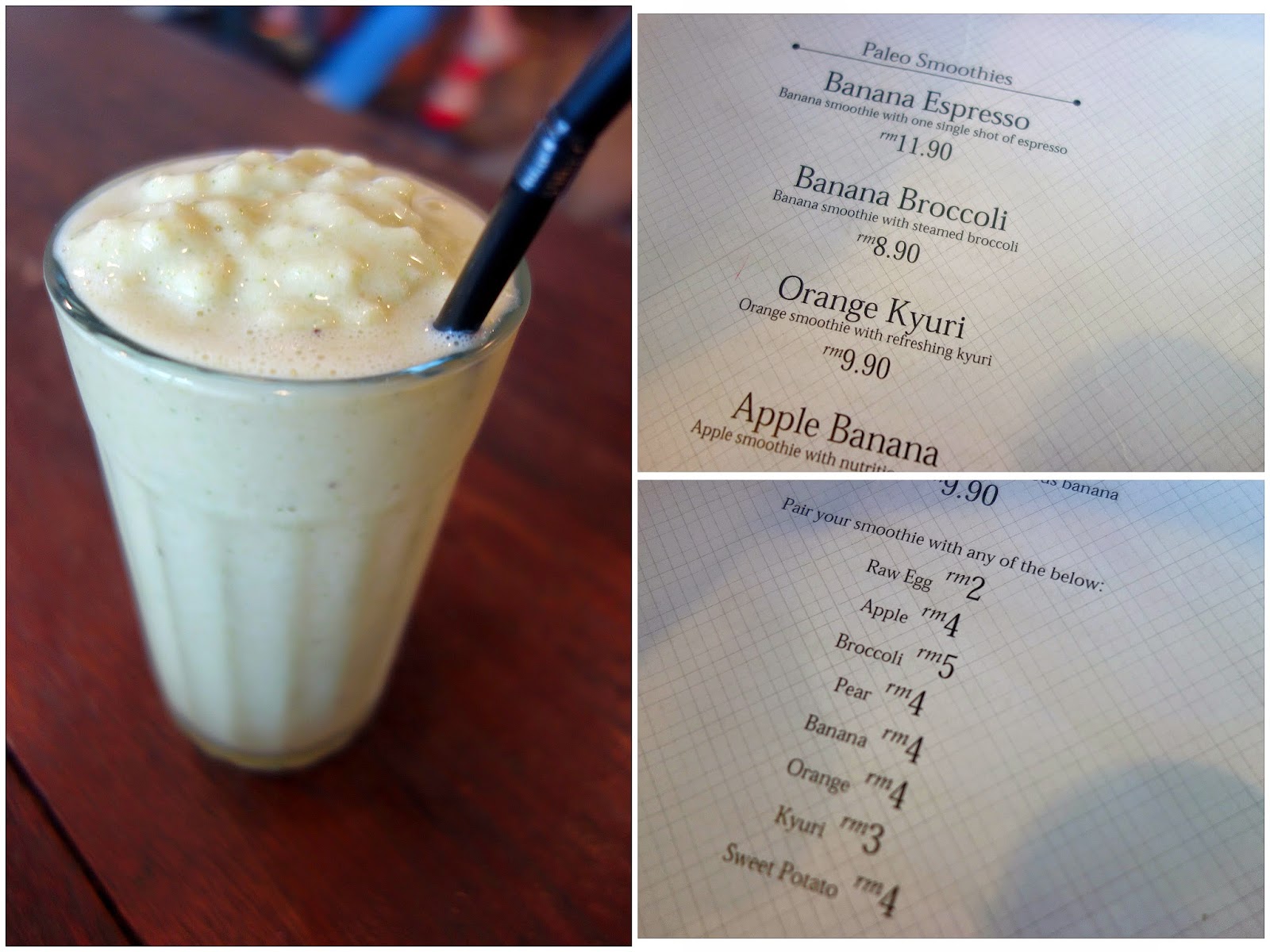 Paleo Smoothies? Bananas blended with steamed broccoli & a raw egg might not be for everyone, but it's a memorable choice. 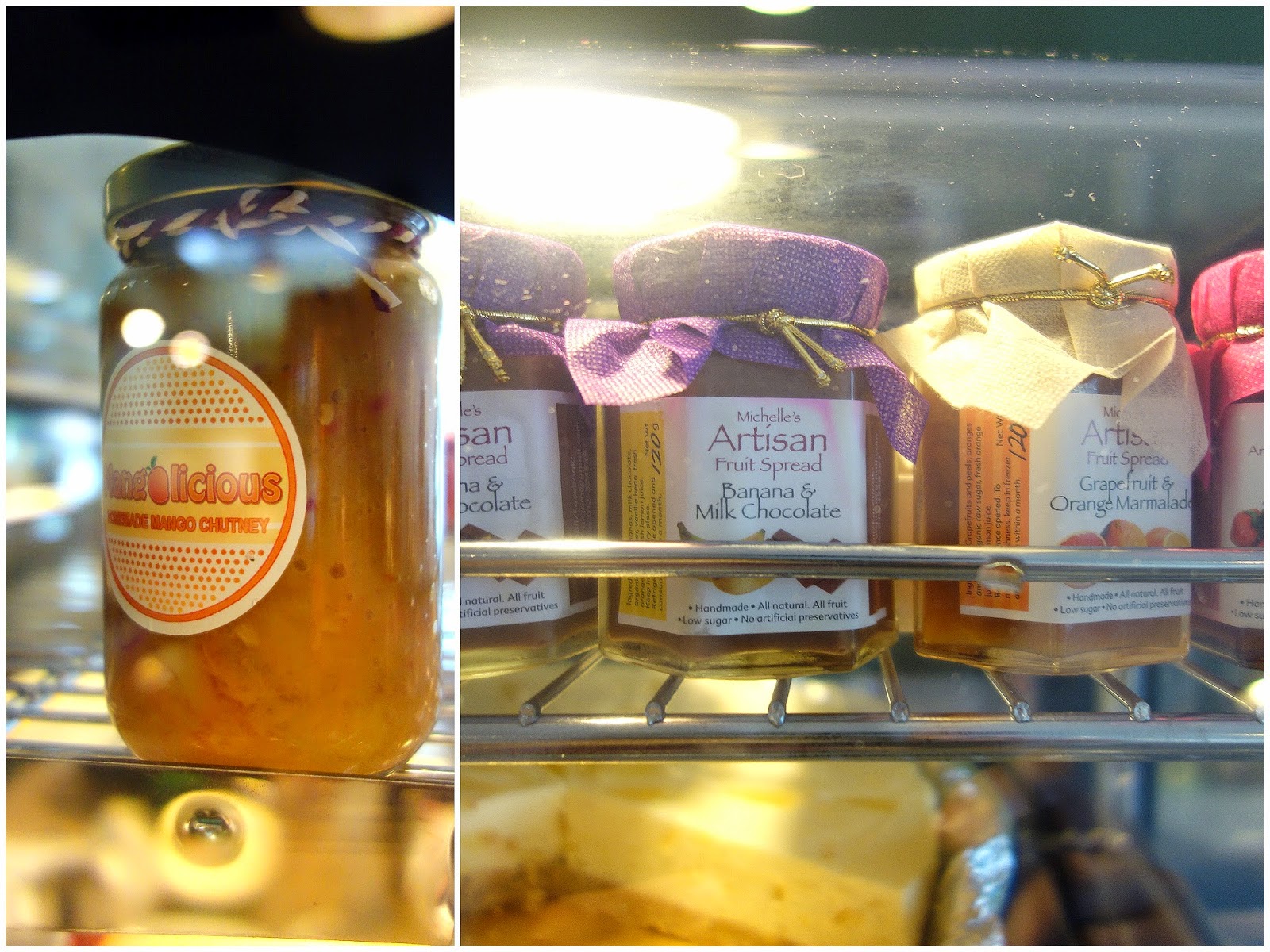 Awesome Canteen is also supporting independent F&B entrepreneurs; Mangolicious chutney & Michelle's Artisan Fruit Spread can be purchased here. It's worth noting too that the cafe has ambitious plans afoot; within a month or two, expect the shop-lot next door to become 'A' Gallery (the name's subject to change), a venue for artistic expression. 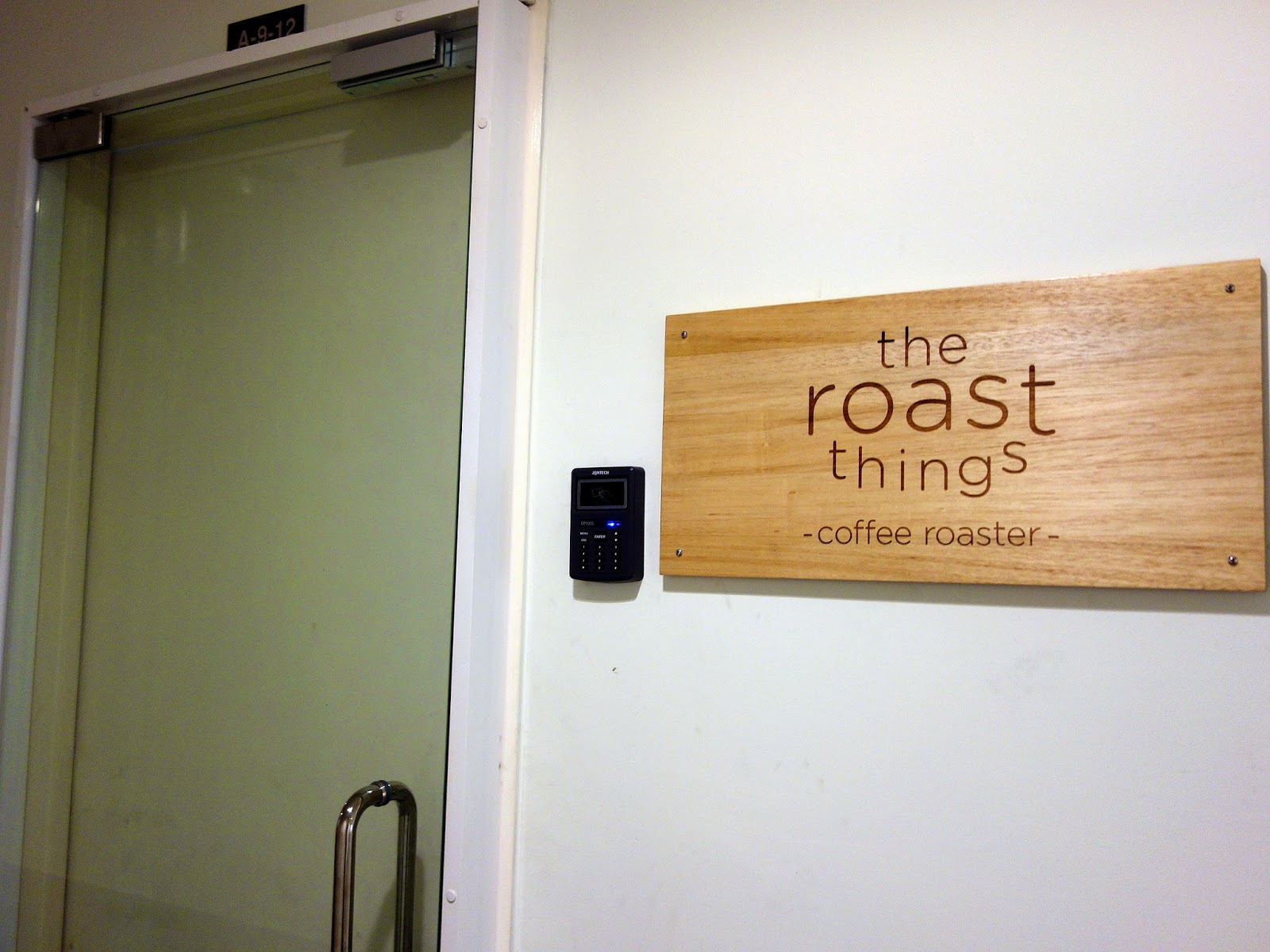 Spacebar Coffee is a possible clue for the shape of things to come in the Klang Valley's latte-or-not landscape. There's another part-time brew bar that's nearly ready for lift-off: The Roast Things, a Kelana Jaya-based micro-roaster that's strictly not a cafe, spearheaded by Chiam Tow Jin, another relative veteran in the scene despite his still-not-30-yet age. 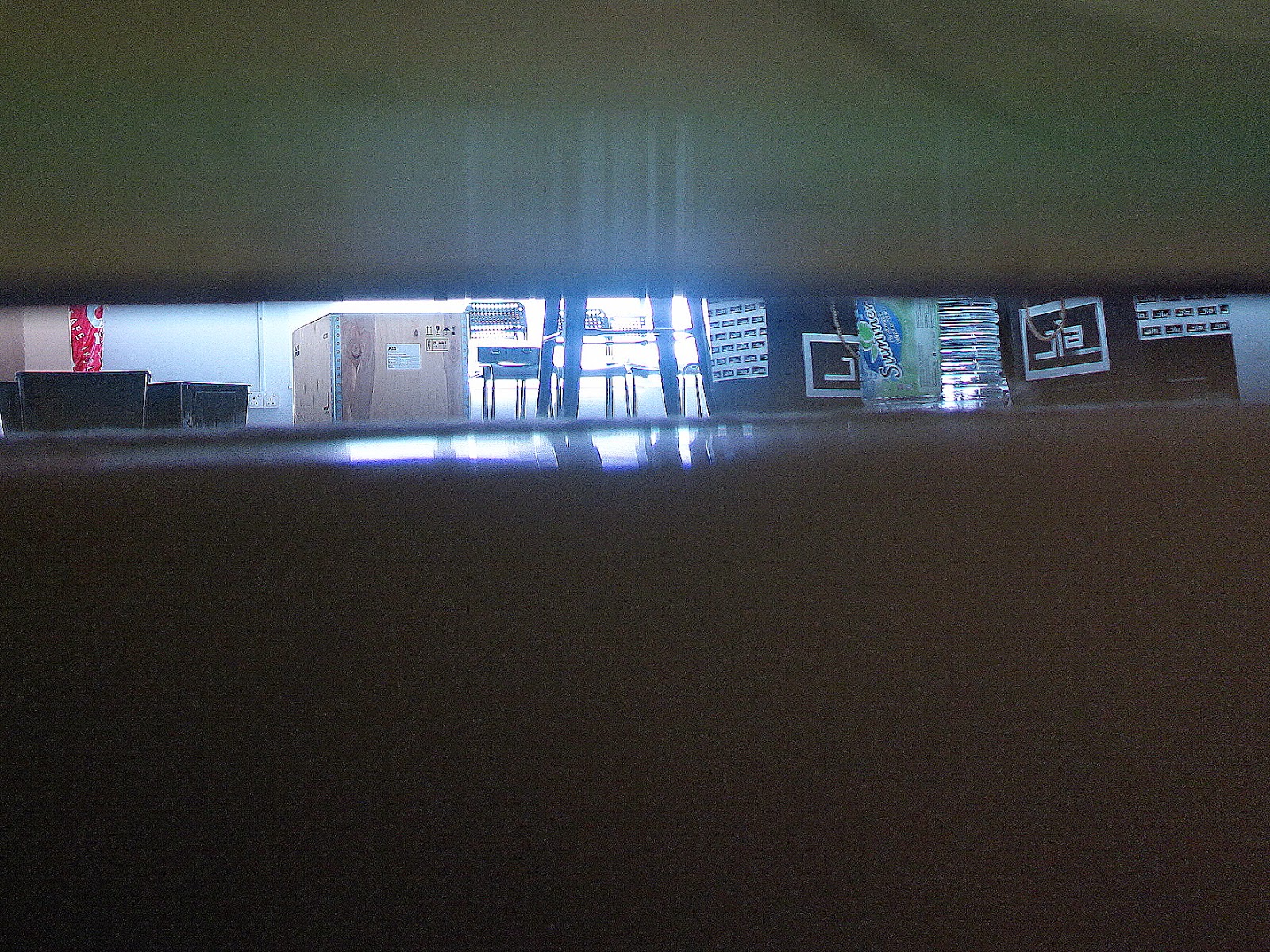 The Roast Things occupies a SoHo suite on the ninth floor of The Tube complex in the Prima Avenue of Dataran Prima. On weekdays, it's mostly shut (hence, this illicit, ant's-view panorama from beneath a closed door); on some Saturdays (such as July 12), it might host coffee workshops. But this Sunday, July 6 (& potentially most Sundays from then on), walk-in customers are welcome to come here & enjoy coffee (black) brewed with various speciality beans. For an exploration into the unknown, this could be where coffee risk-takers might be found this Sunday. 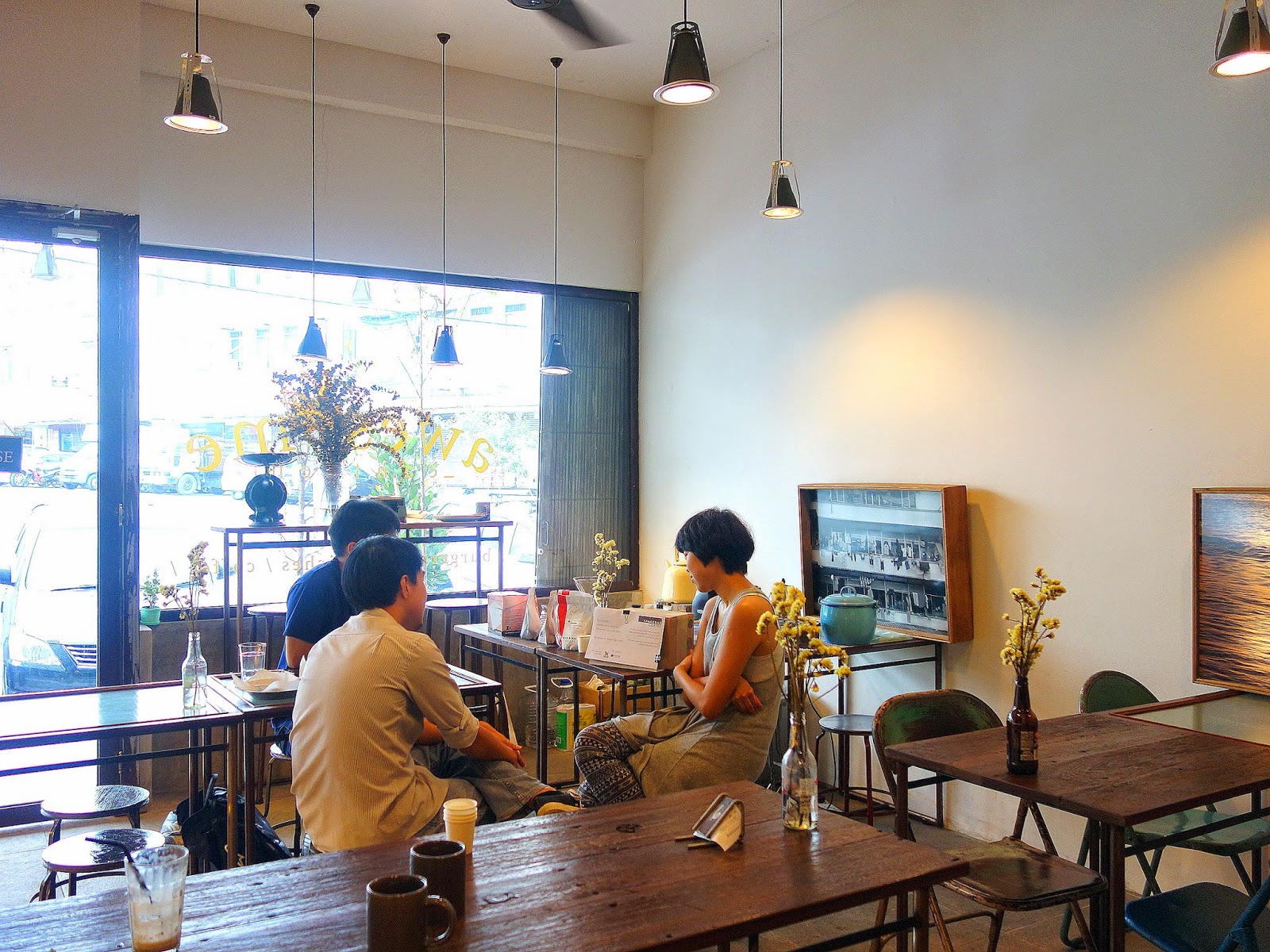 Spacebar Coffee
At Awesome Canteen on the afternoons of July 4, 10 & 11. 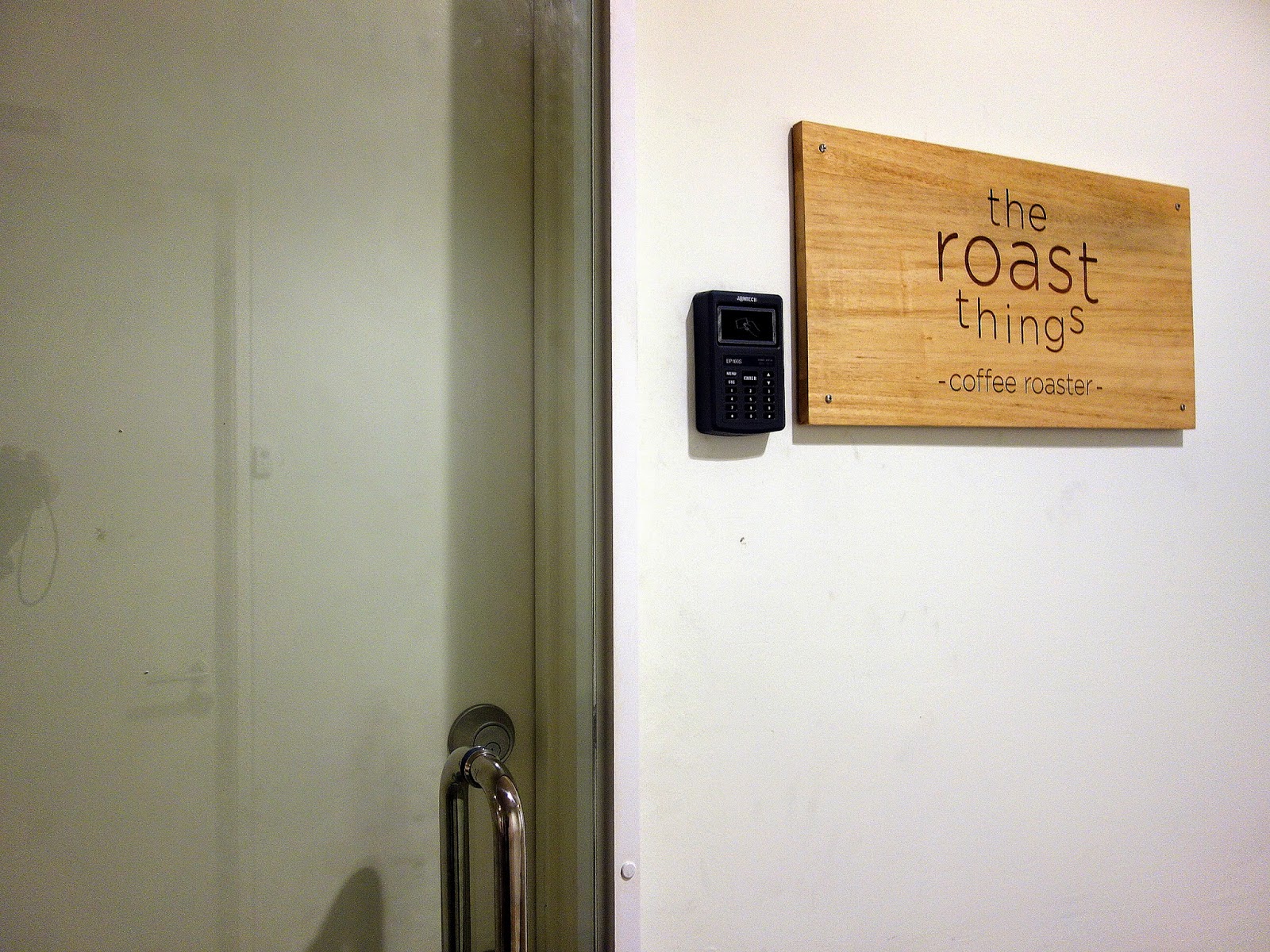