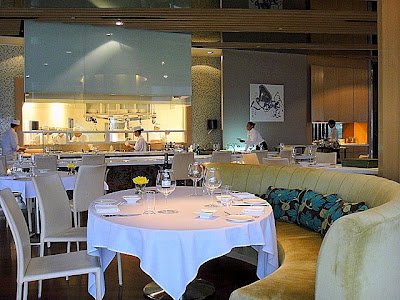 With one week's advance notice, we asked Sage to prepare a customized dinner for two of us, featuring mostly recipes not on their current menu. We submitted a list of basic ingredients that we wanted, while they masterminded the final arrangements. 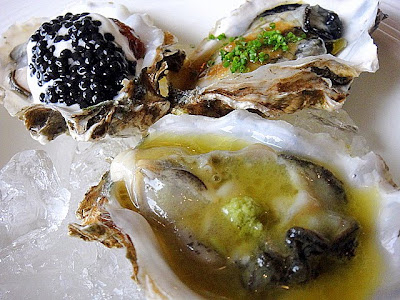 The thought of a 12-course feast appeared daunting at first, but the portions were pretty light. We began with a trio of Pacific oysters, dressed with konbu jelly, ginger vinaigrette & wasabi vinaigrette. Sublime in their briny, elemental freshness; plump enough to provide pure pleasure with each pop. 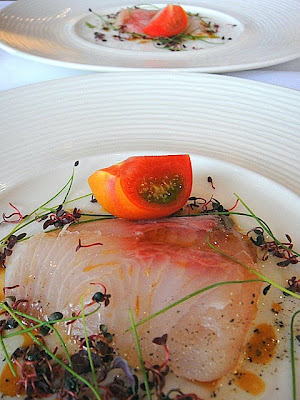 Truffle-scented carpaccio of yellowtail with akame & Shizuoka tomatoes. A variation of one of Sage's most beloved specialties. Fresh, fatty fish, with a delicate taste that was nicely balanced by the earthy aroma of truffles. 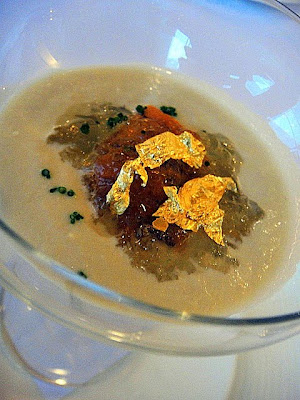 Vichysoisses of artichoke with sea urchin & gold leaf. Cold, creamy decadence. Each of these first three dishes successfully whetted our appetite for more. 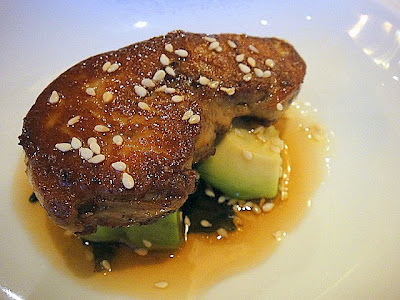 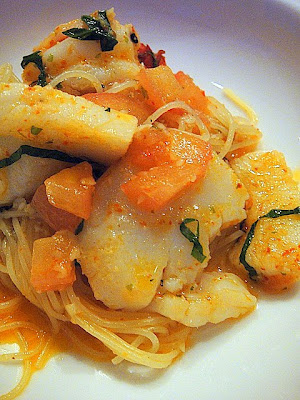 Seafood with tongarashi spice. Here, the meal began to falter. This tasted like regular angel hair pasta with seafood, though its mild spiciness made things a bit interesting. 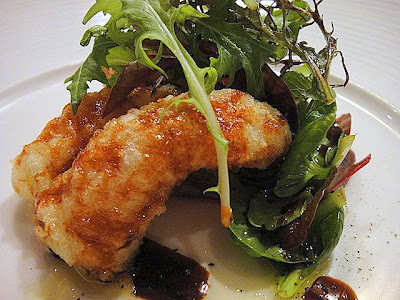 Glazed anago with aged balsamico. There seemed to be more batter than eel in this. 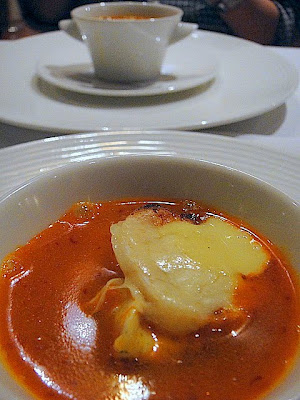 Bouillabaisse with pernod & aioli. We've had this previously at Sage, but while we didn't actually request it this time, it was pleasant enough, brimming with more seafood than before. 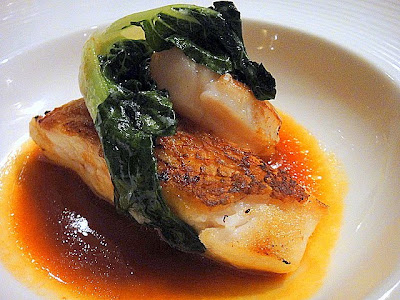 Pan-fried red emperor fish with Hokkaido scallop & king crab sauce. The fish and scallop were OK but unremarkable; it was the rich, bisque-like sauce that made this memorable. Apparently, this was featured as a Friday lunch item at Cilantro, exactly a week after we had it here. 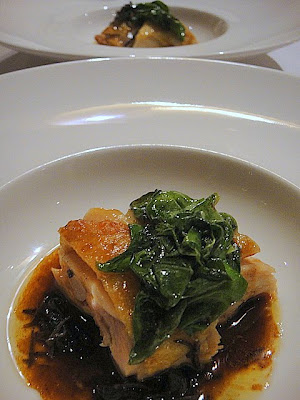 Capon with Perigueux sauce. The tasty truffle-&-madeira sauce rescued this; the chicken was fairly tender for breast meat, but had a not-quite-pleasant gaminess. 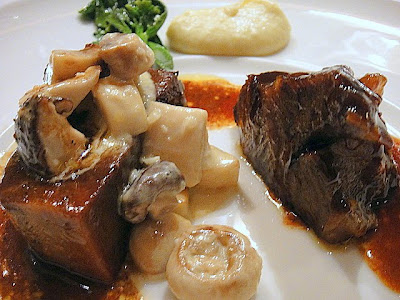 Duo of ox tongue with mushroom veloute & Wagyu beef cheek. No complaints here; both halves of this could hardly have been more succulent or flavorful. 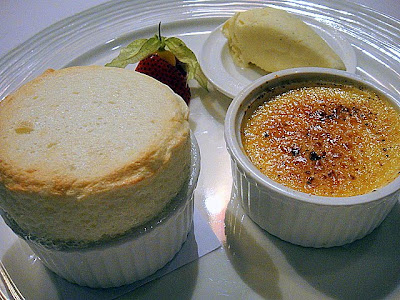 Two courses of dessert on one platter, since we were pressed for time in the end. Ginger & lime creme brulee, as well as calvados souffle. Could have been more impressive in terms of texture. The creme brulee (which appeared on Sage's weekly lunch menu a fortnight later) had scarcely the semblance of a caramelized crust, while the souffle was one-dimensionally airy. 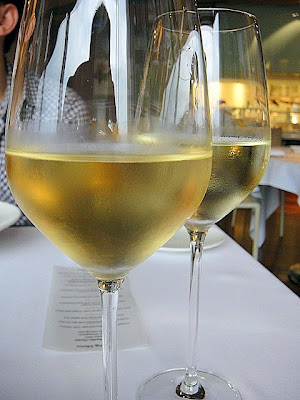 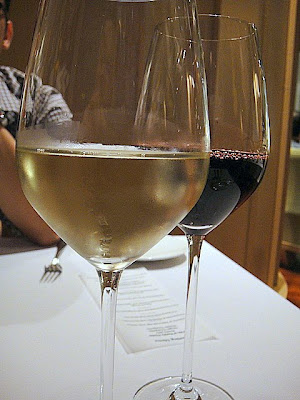 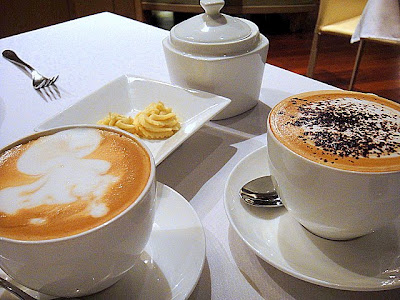 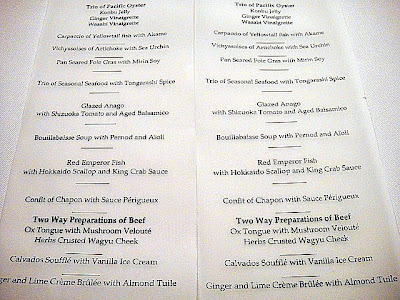 The meal was costly (which was our own fault for seeking this spread), with both hits and misses, but we appreciated the effort by the folks here. 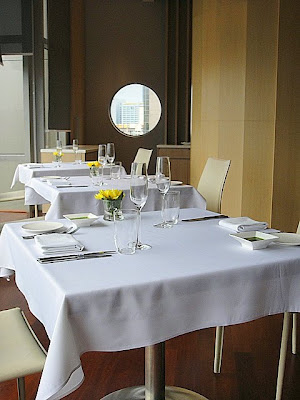 Sage,
The Gardens Hotel & Residences.
Find us on Find us on