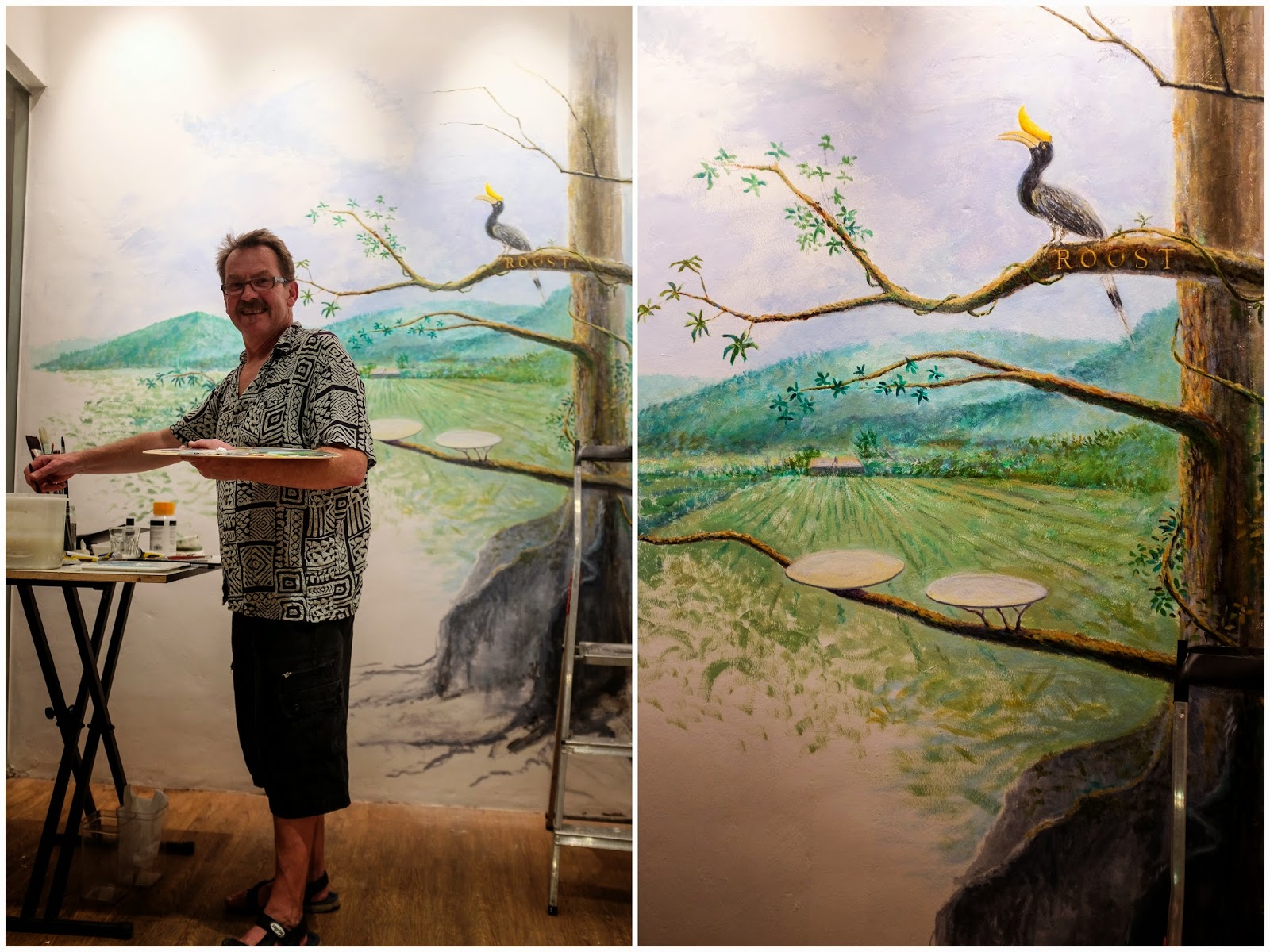 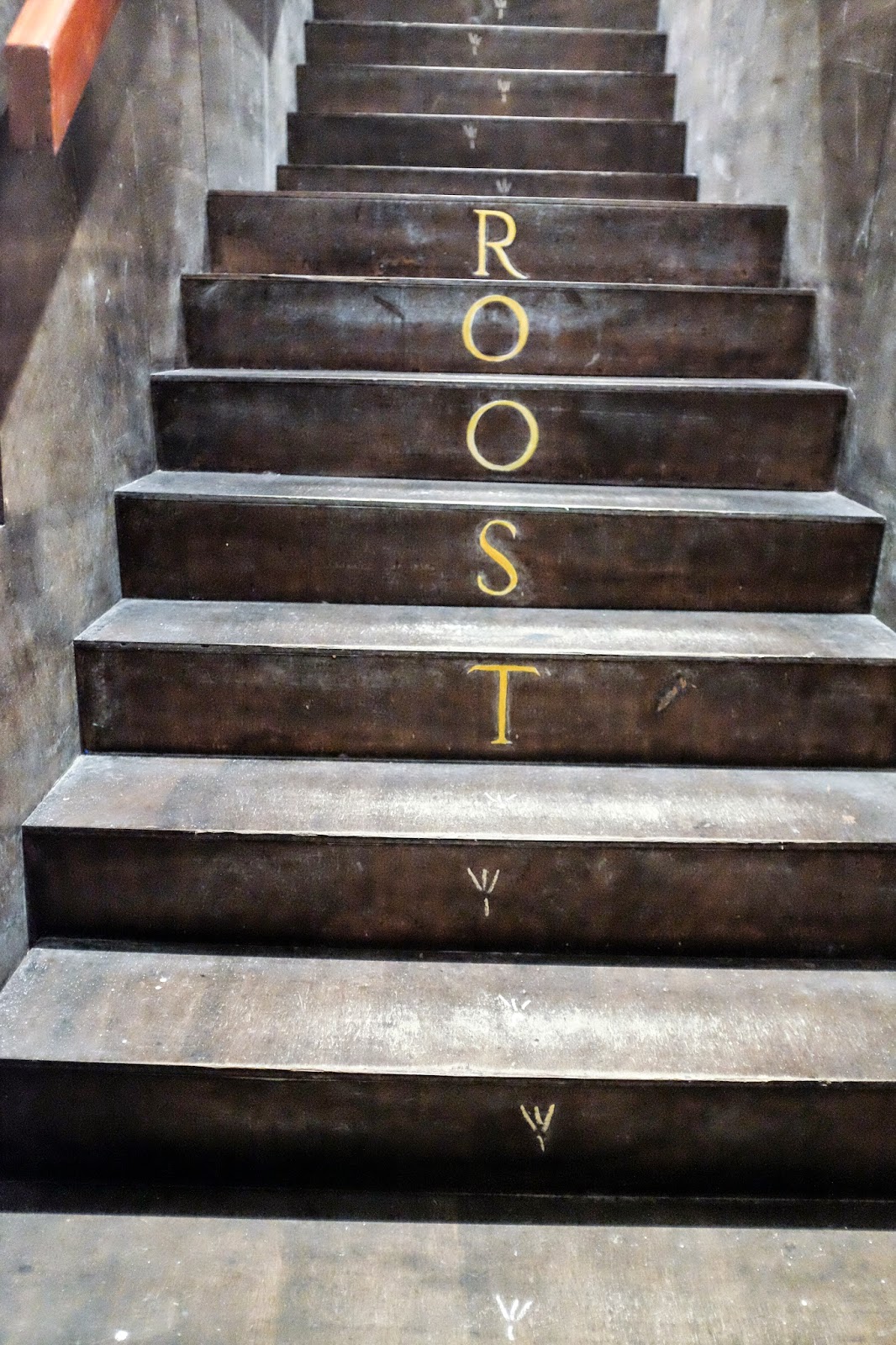 Roost's setting has seen a facelift in line with its refreshed name & theme; this mural by visiting Danish artist Arthur Tudsborg creates a calming effect that partners perfectly with the welcoming mood of this first-floor outlet. Take the stairs up to one of Bangsar's loveliest, friendliest & most comfortable eateries for a leisurely dinner. 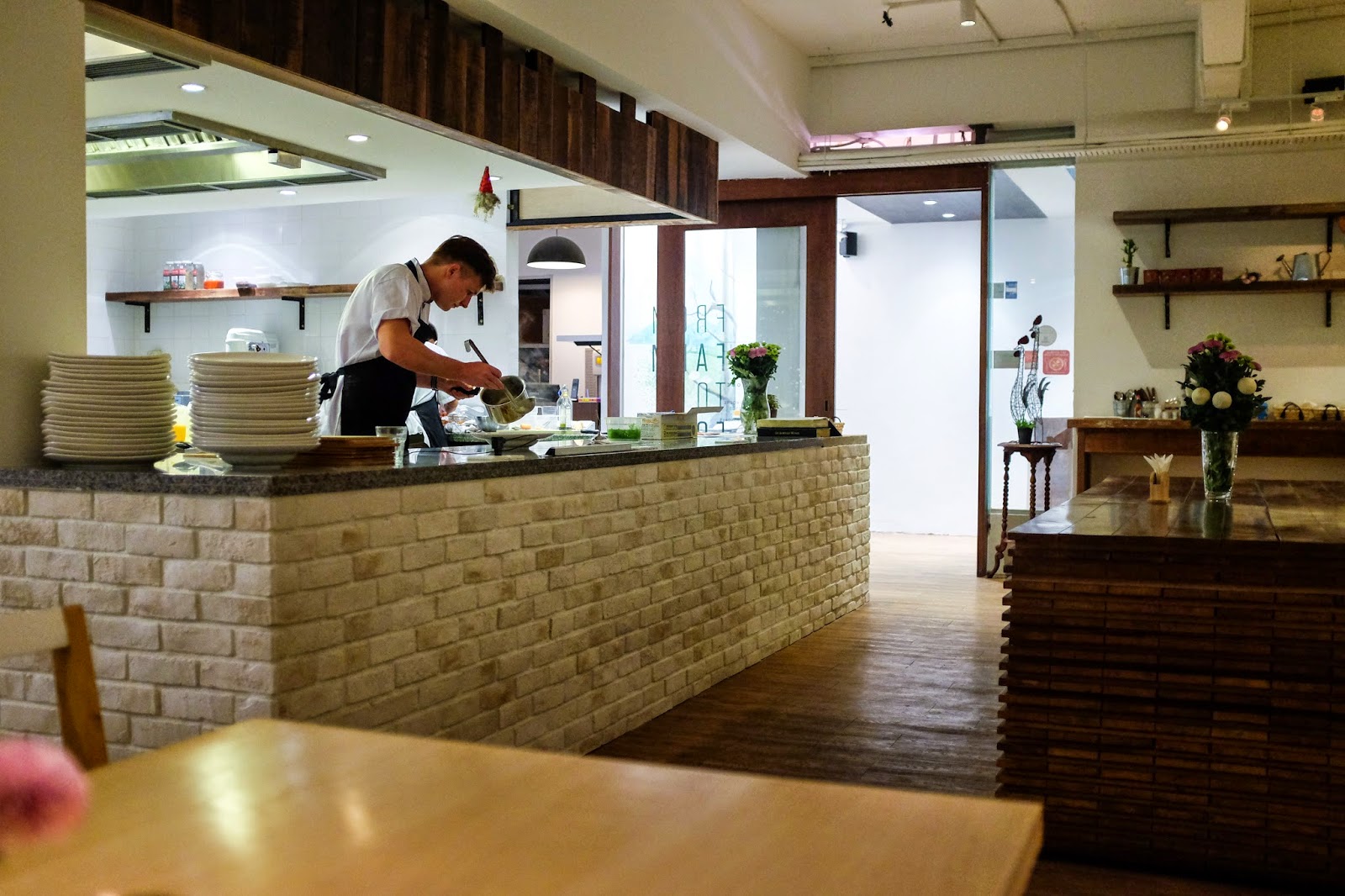 Roost's menu bursts with well-thought-out creations spilling out of Frantzen's open kitchen; most of the produce is locally & responsibly sourced, secured from various Malaysian farms & suppliers, except for the grass-fed Angus beef & the lamb. 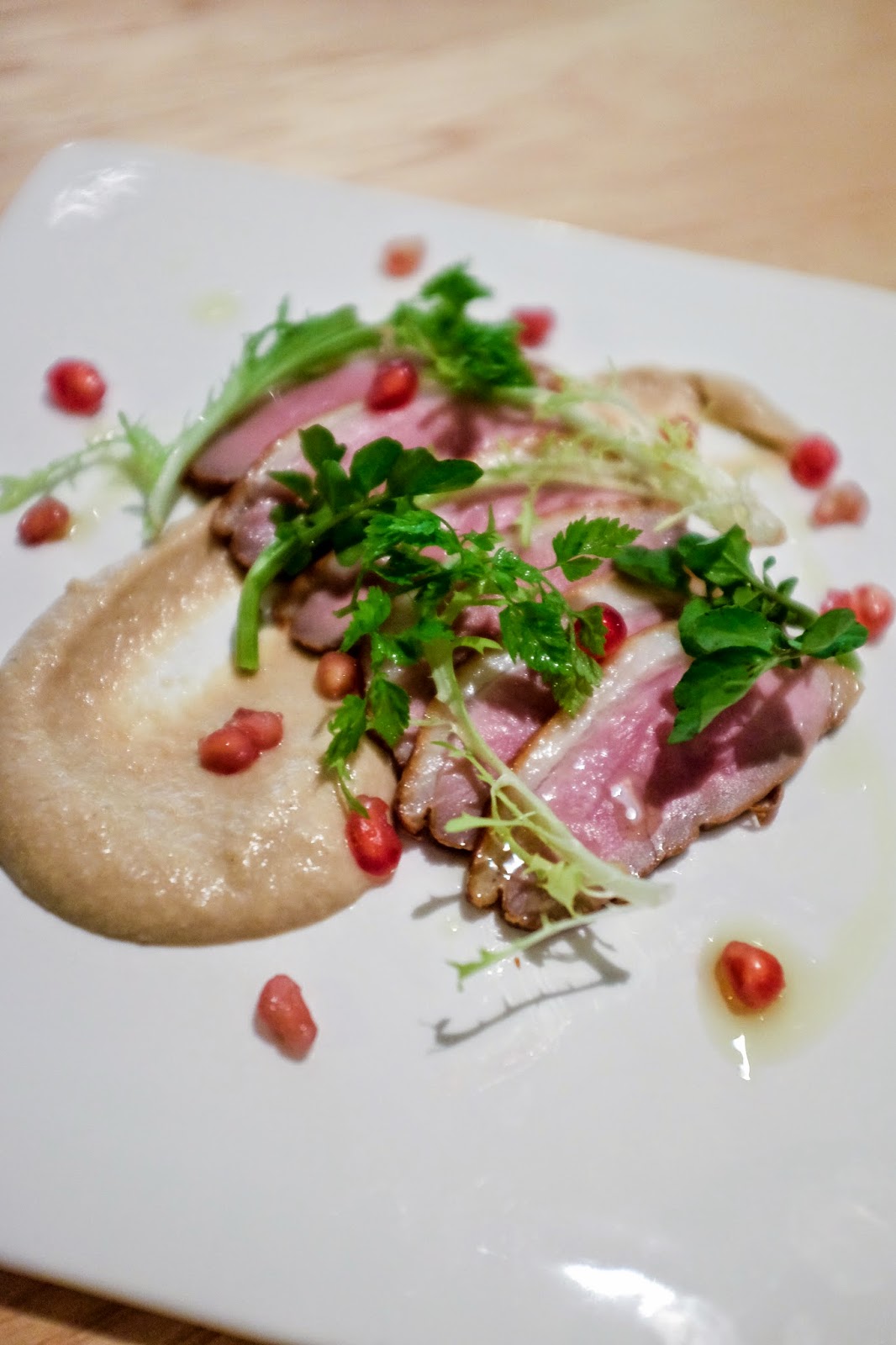 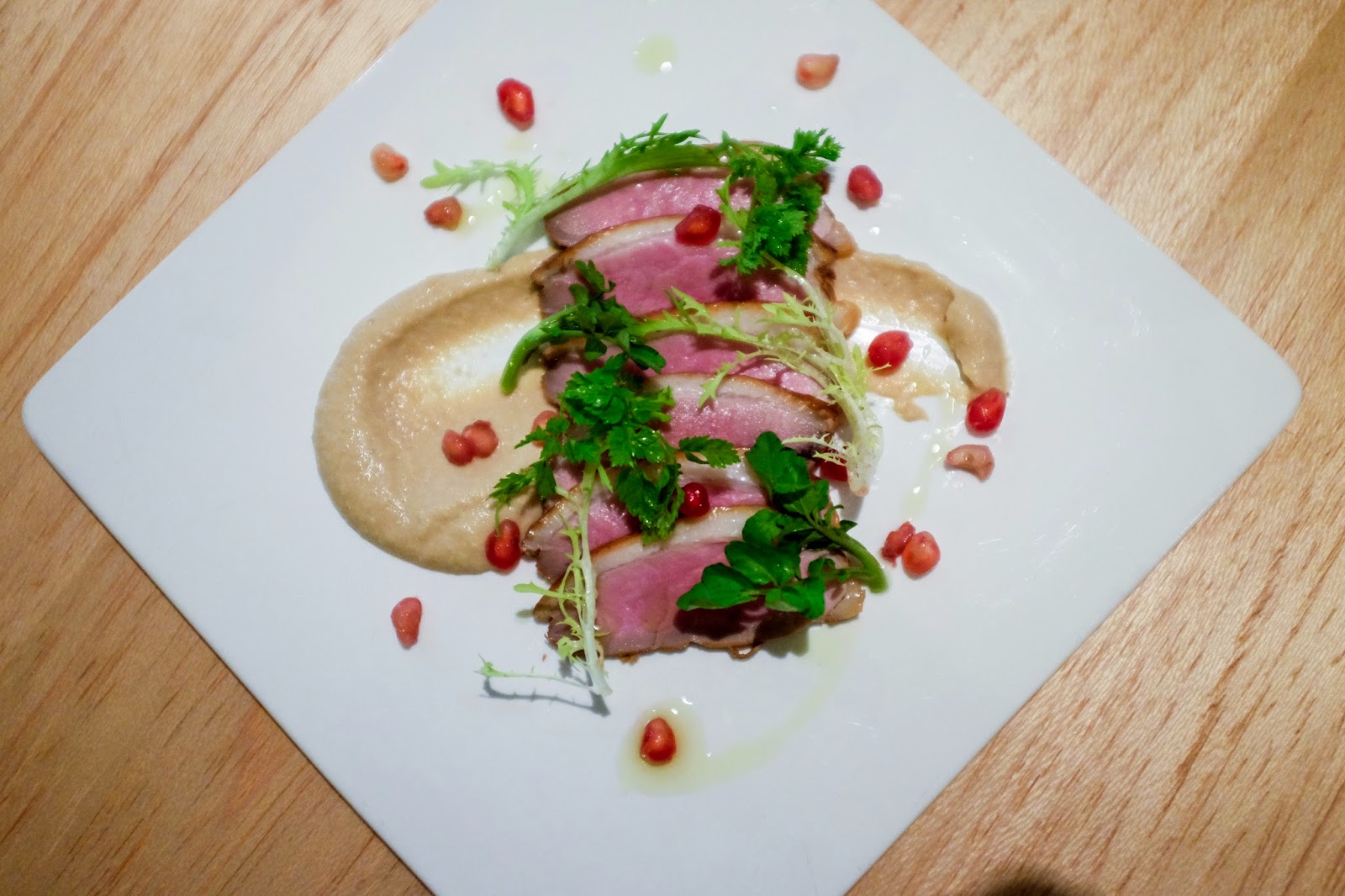 Start with the applewood-smoked, free-range duck breast with browned butter puree & pomegranates (RM18). A name like Roost indicates that fowl is a cornerstone of the menu; sure enough, there's also duck ragout with hand-cut pappardelle, duck liver pate with tomato jam & duck breast that's been house-cured for a week. 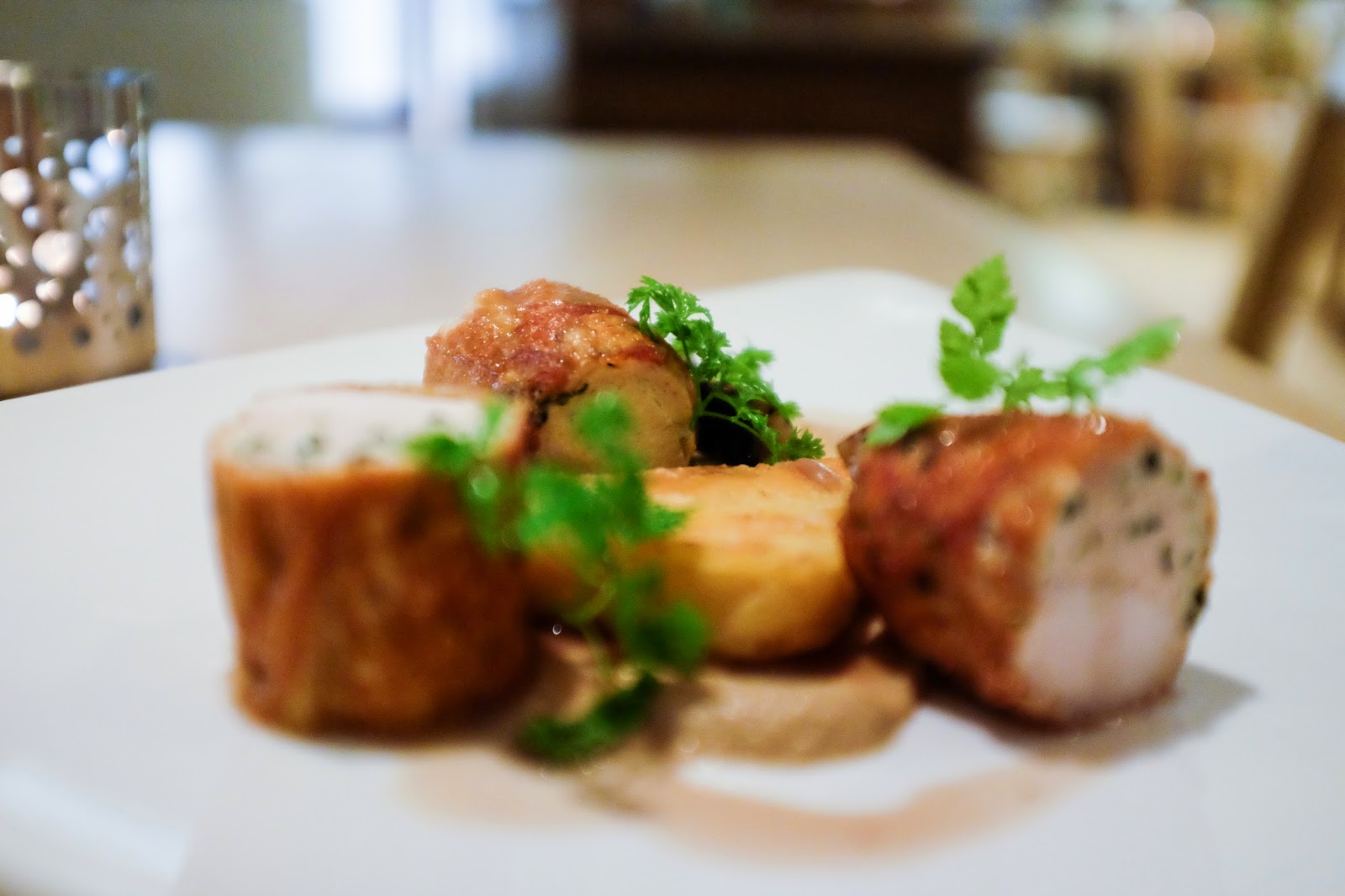 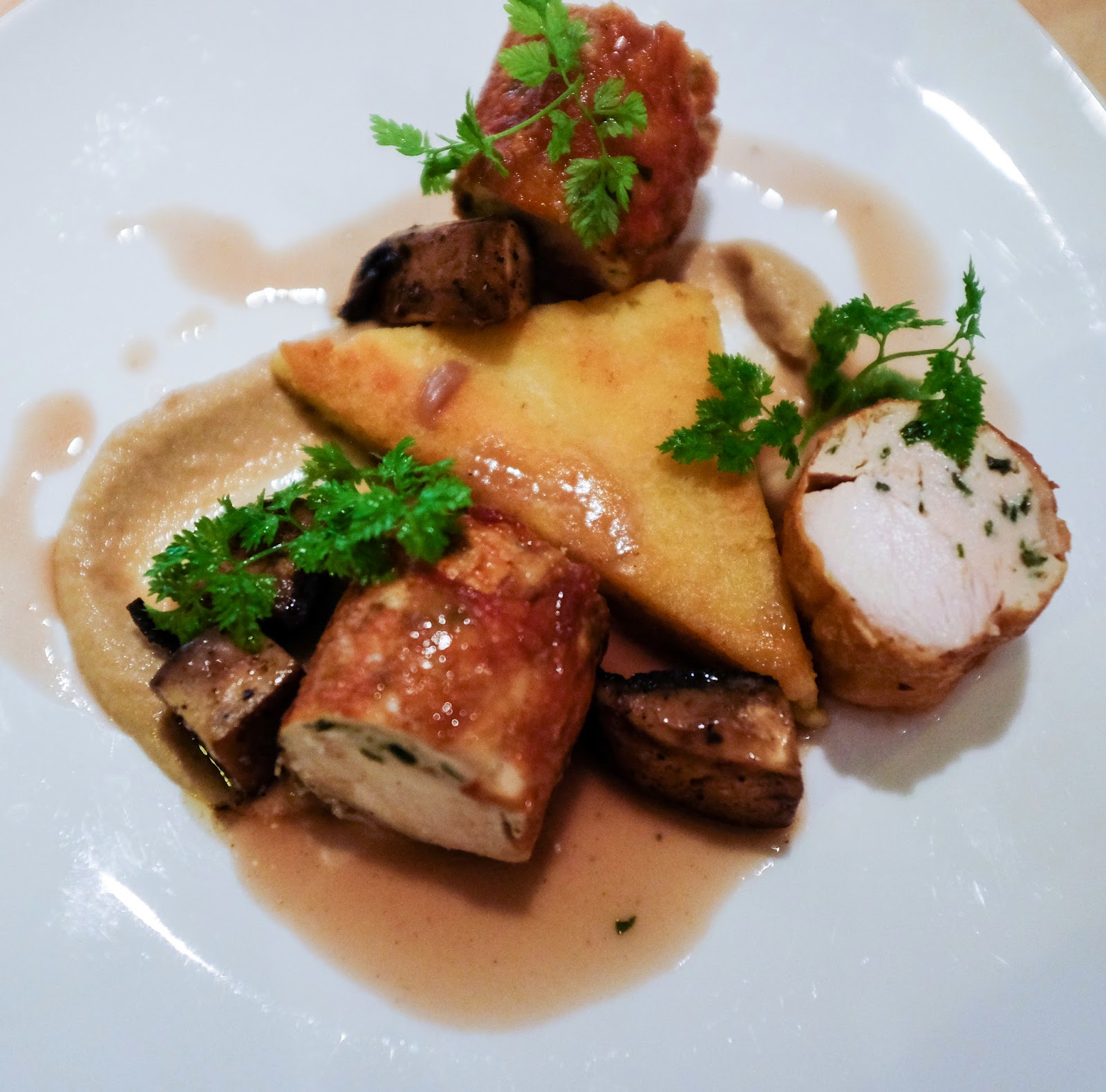 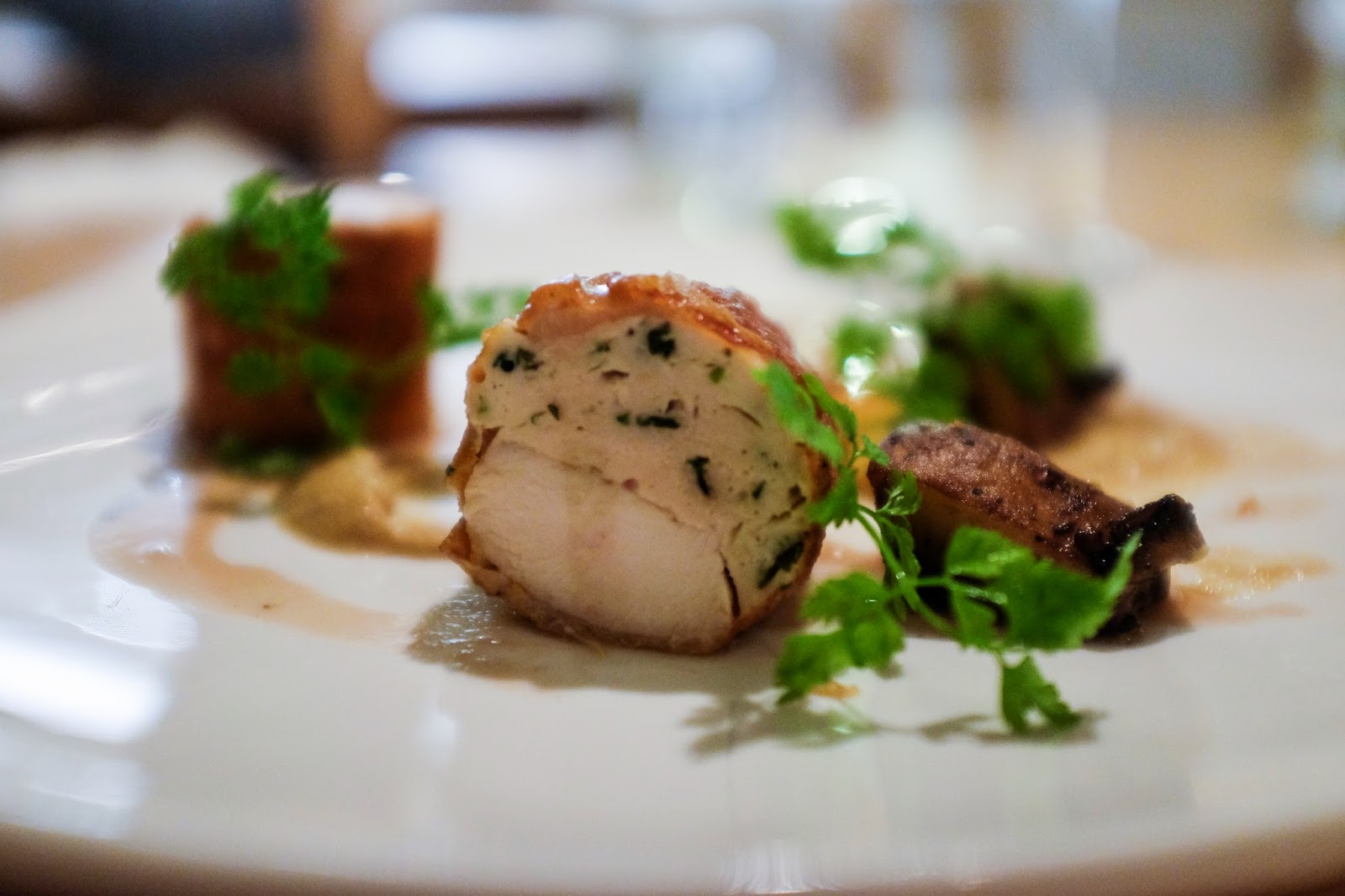 Roulade of soft-&-smooth, sous-vide chicken breast, skin & paste with polenta & browned onion puree (RM35). Chicken innards also receive their due at Roost - by next week, once the kitchen is in full swing, expect to see a reinterpretation of the Lyonnaise-inspired frisee salad, with confit of chicken heart, liver & gizzard combined with a 63-degree egg (RM22). 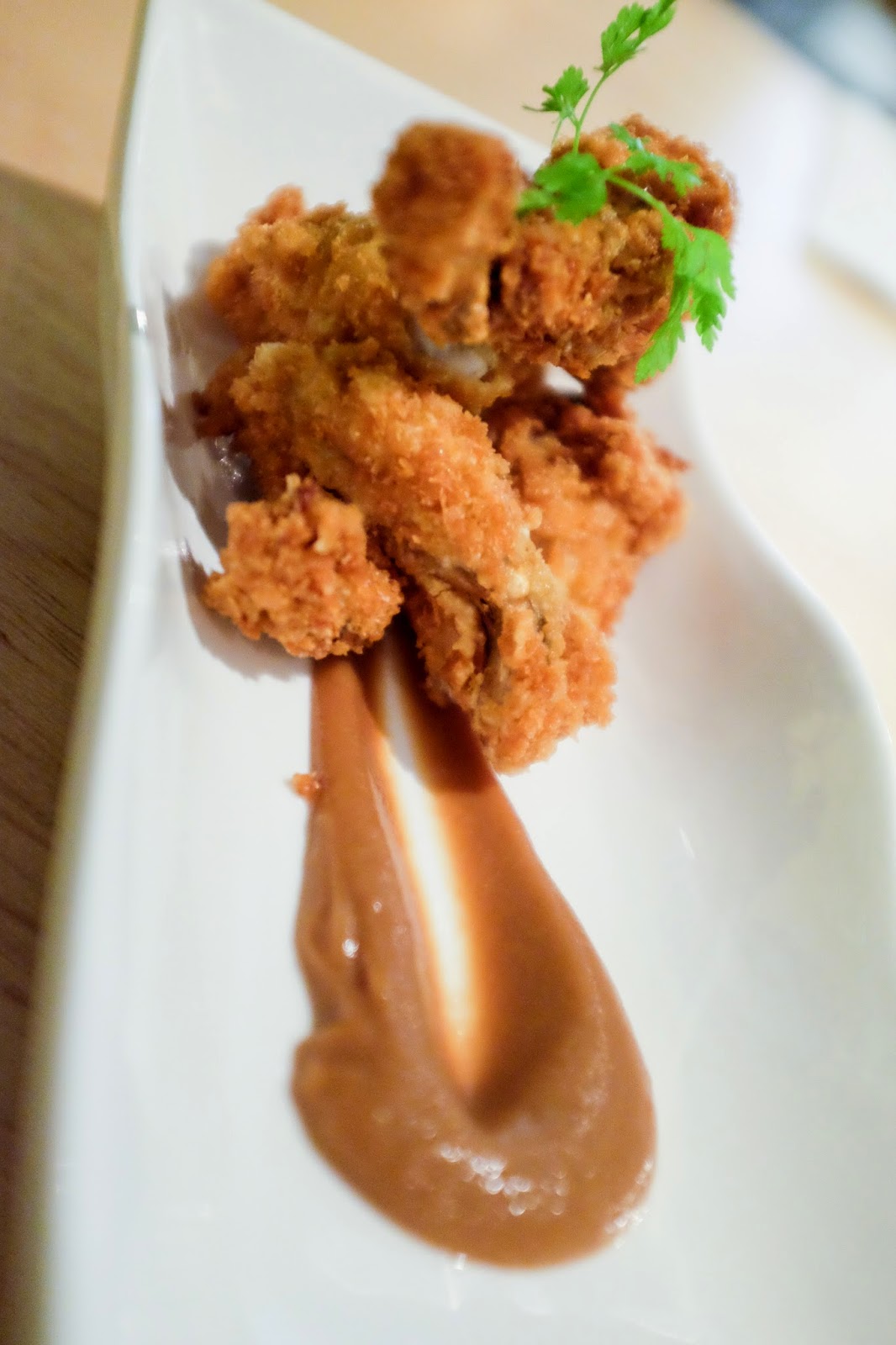 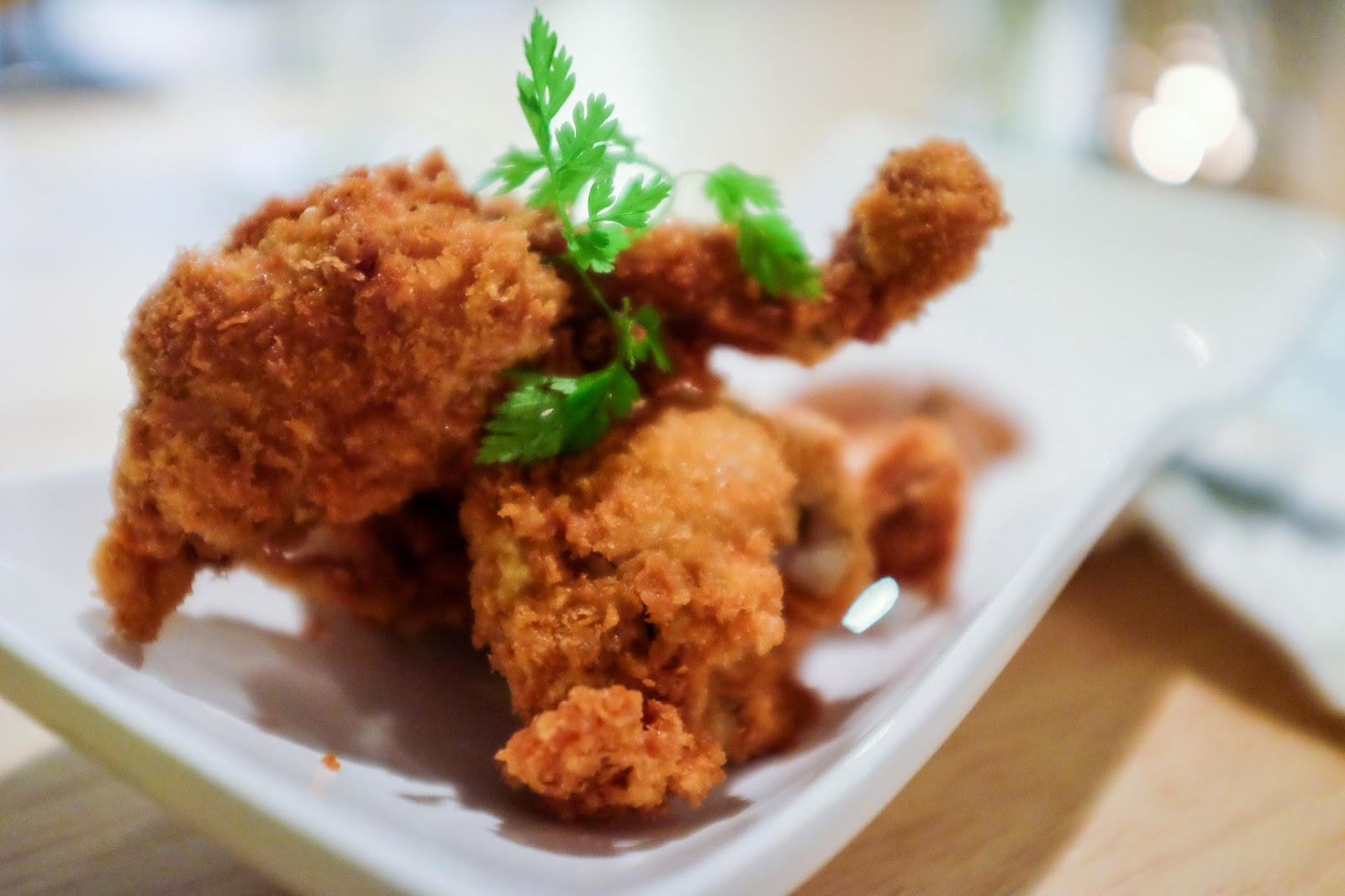 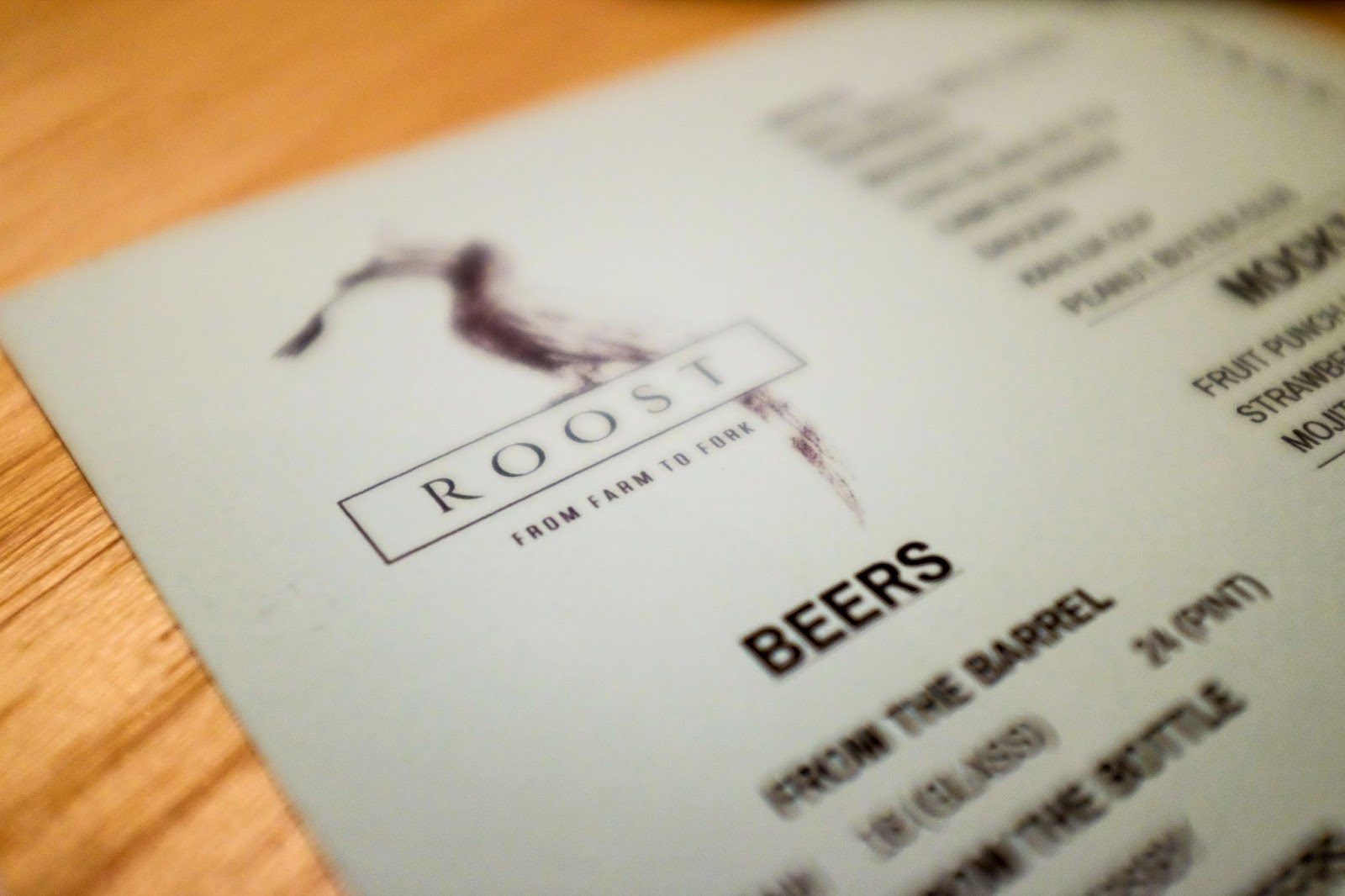 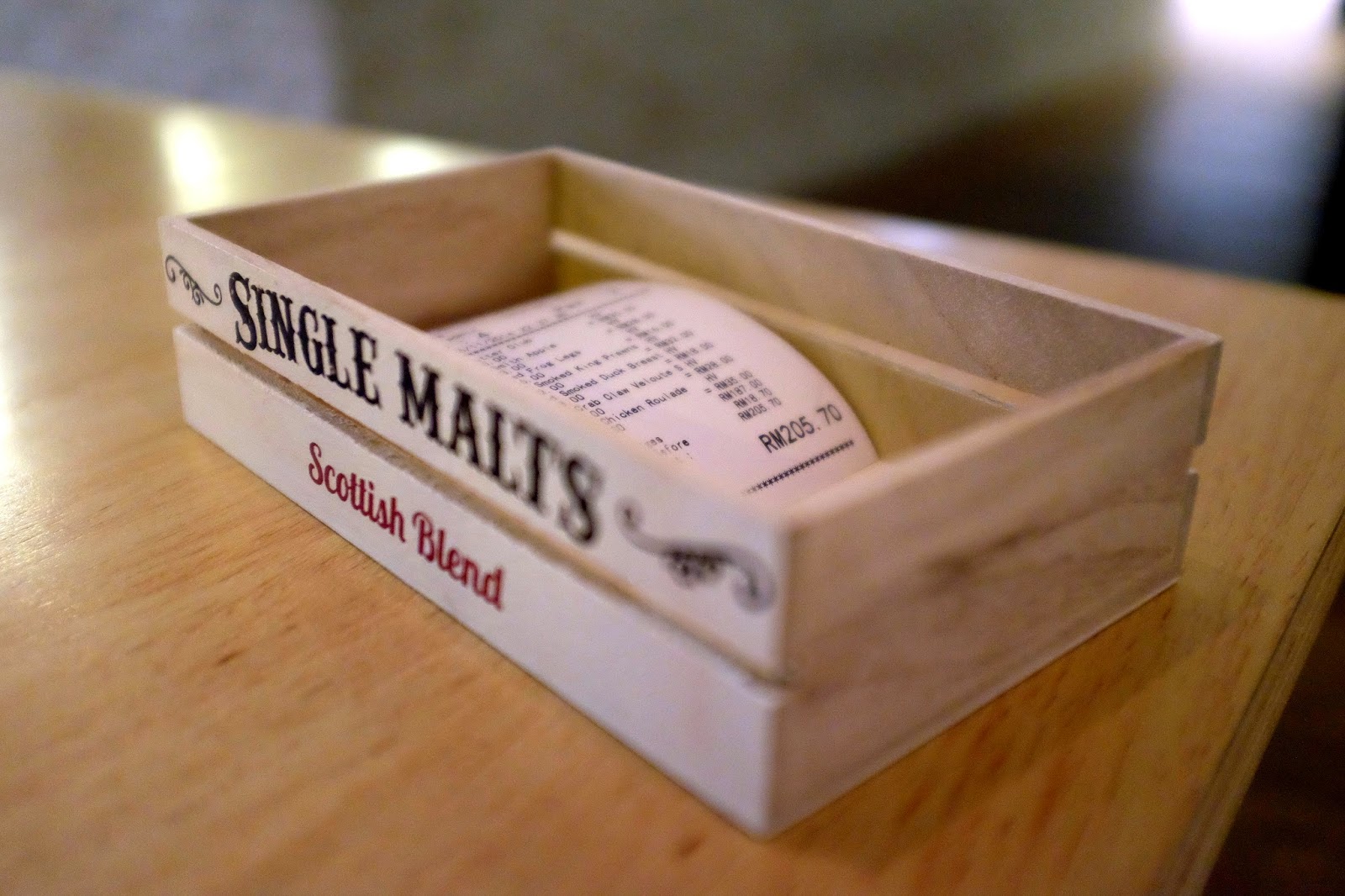 Cocktails, craft beers & wines are also available (we'll explore those in a future entry). For teetotalers, Roleaf tea is also offered. Note that one of the major changes here is that Roost - unlike F By Buffalo Kitchens - is a no-pork restaurant. 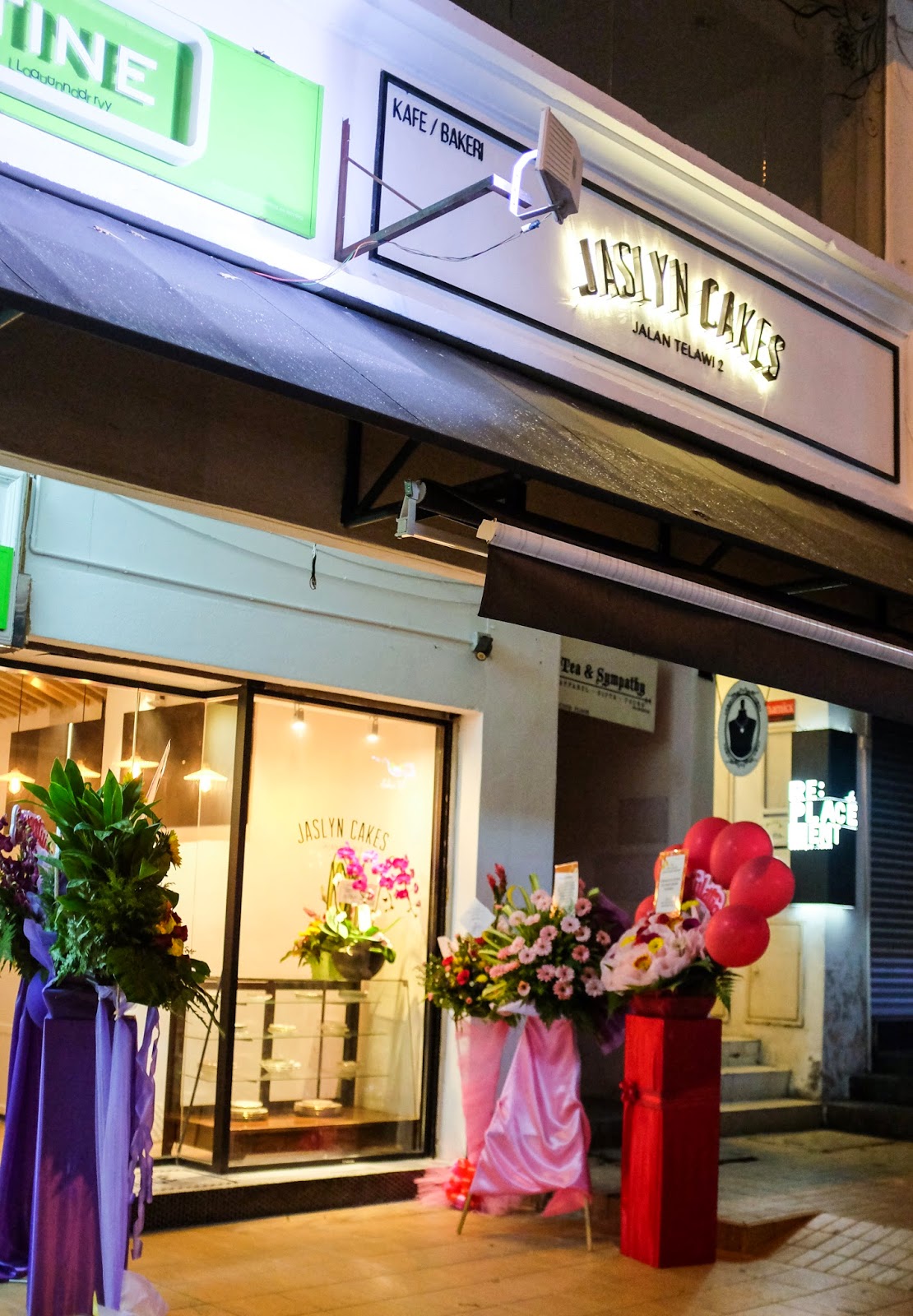 Coincidentally, another outlet has opened this week nearby in Telawi - Jaslyn Cakes, a dessert parlour run by Jaslyn Rangson & her partners. In even more of a coincidence, the founders of Roost & Jaslyn Cakes are good friends - Tung Wei used to go to school with Jaslyn's boyfriend. 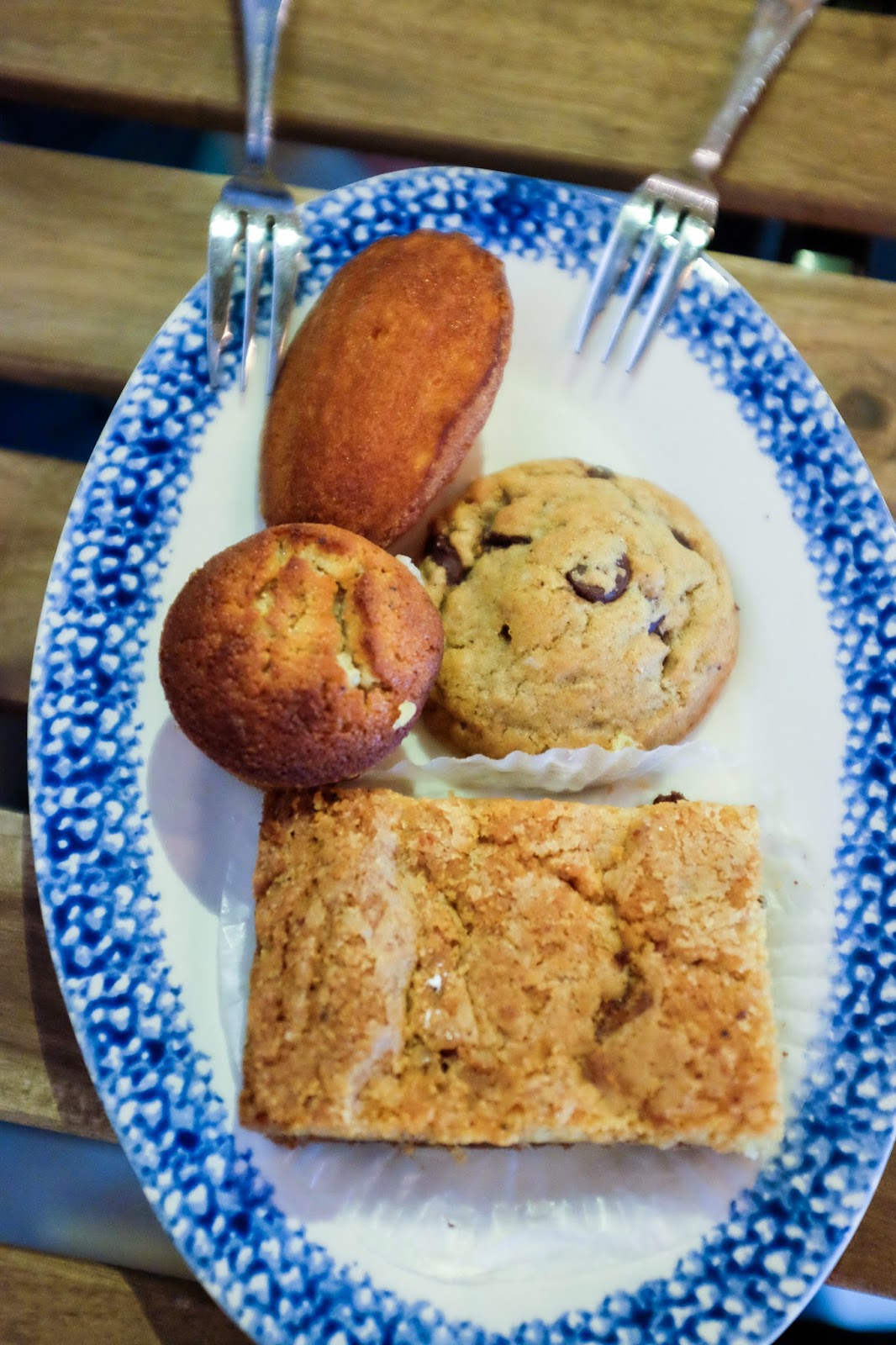 If Jaslyn's name rings a bell, it might be because she previously supplied cakes to Bangsar Village's Wondermama. We liked her offerings there, but her sweet treats here seem even better - these are some of the most satisfying desserts in Bangsar. 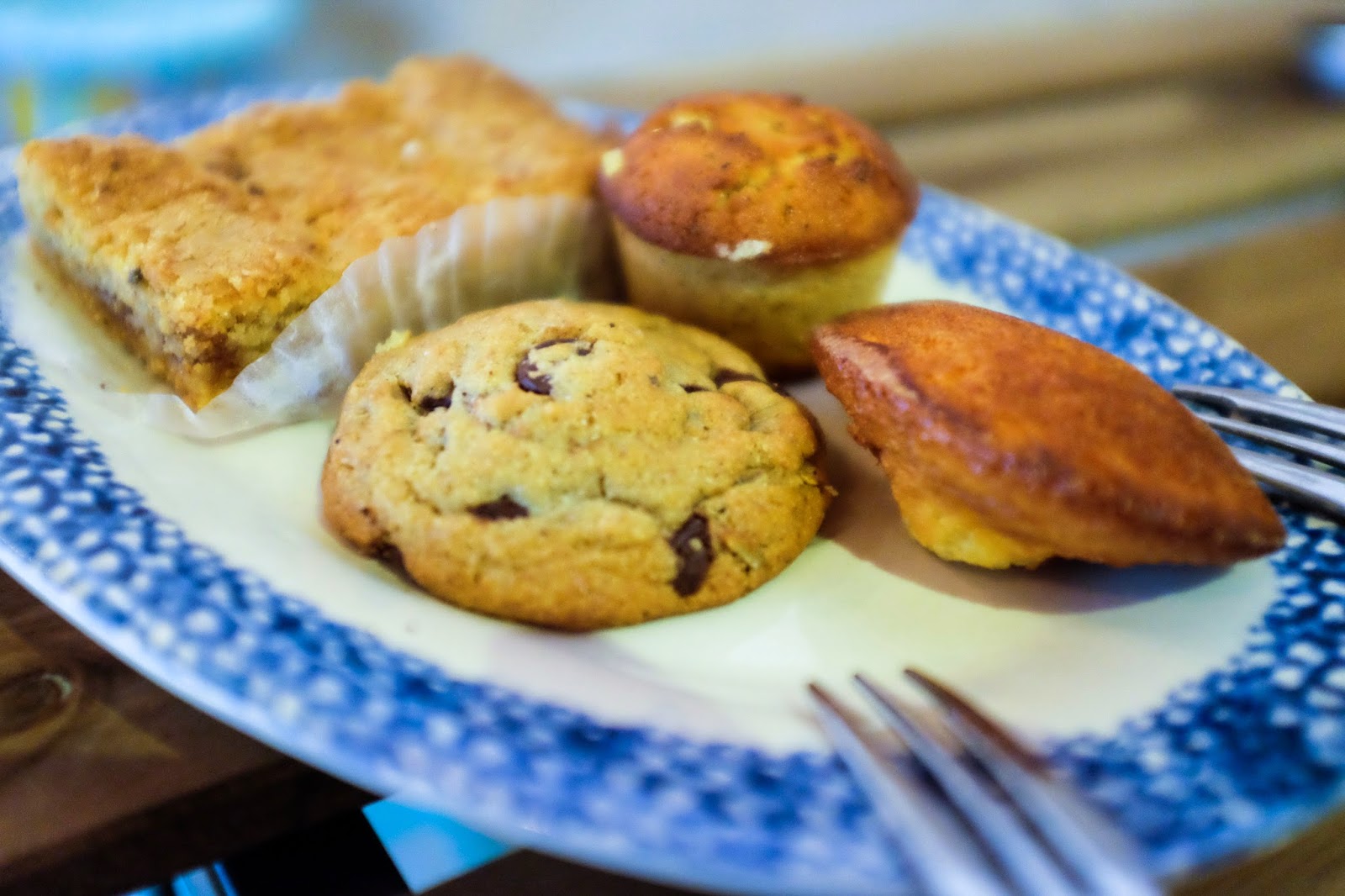 Ask for the madeleine, financier, blondie & chocolate chip cookie; Jaslyn, who trained at Le Cordon Bleu London, might have secretly stashed them behind the counter. Each bite is well worth the calories, dense & decadent, fresh-tasting & full-flavoured. 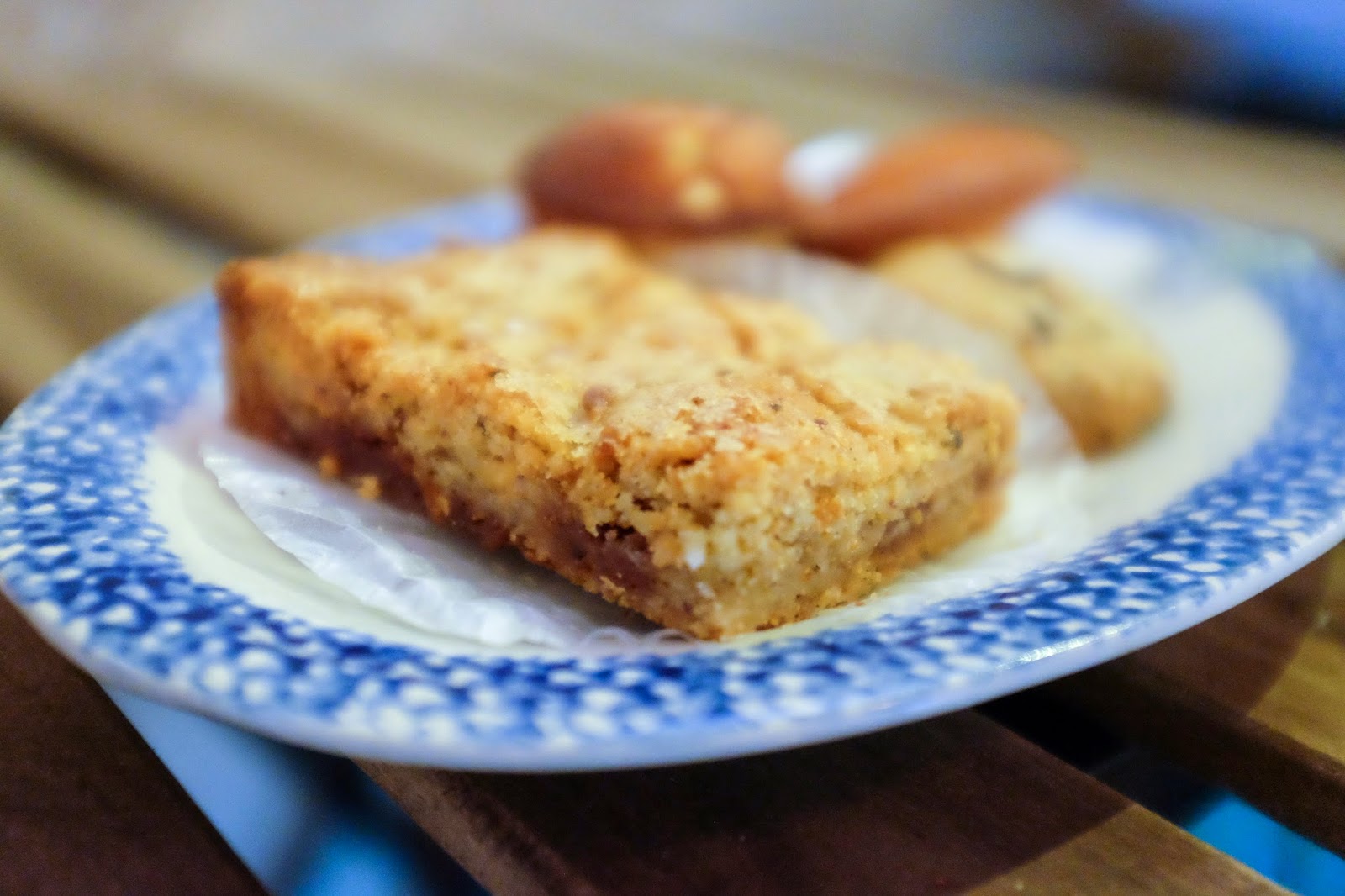 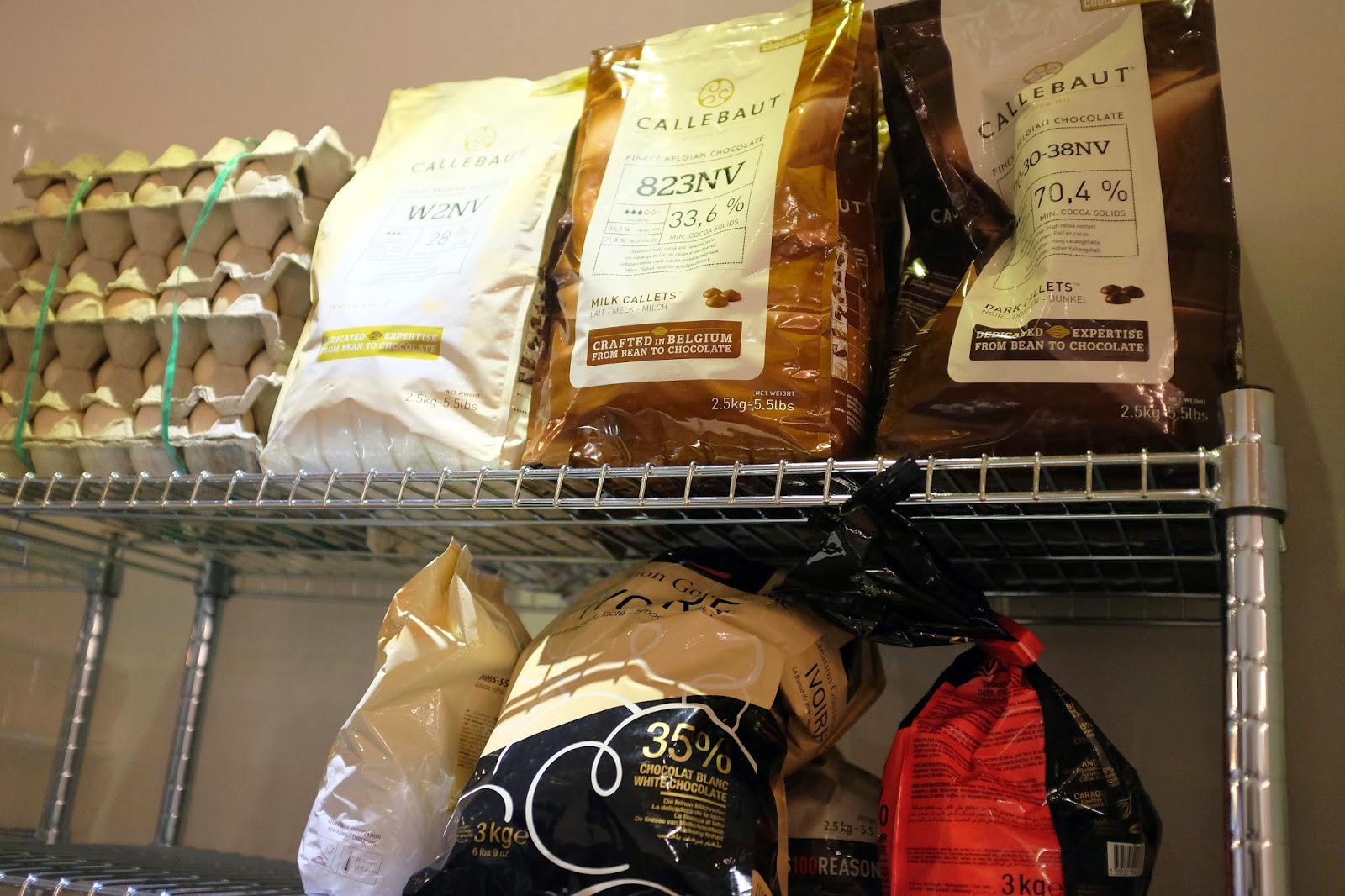 The secret might lie in Jaslyn's use of top-flight ingredients like Lescure butter & Callebout chocolate, combined with her commitment toward making the best desserts she can. The blondies are mixed with caramel shards for extra complexity - a step that makes a delicious difference. Our sole complaint: Jaslyn Cakes is only open 10am-7pm. 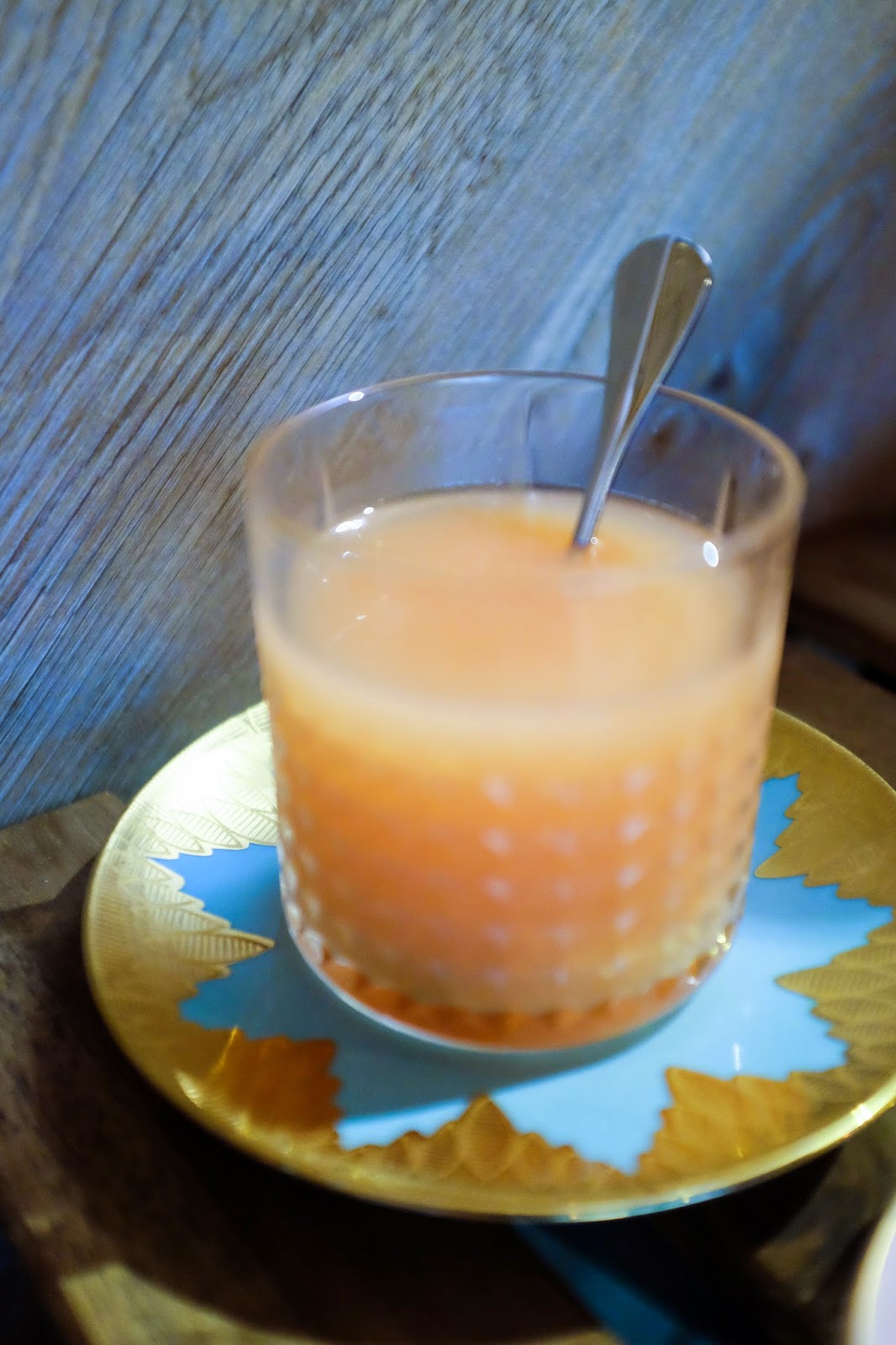 Grapefruit juice with Manuka honey. Need coffee instead? You'll be in luck soon: Brewmen, headed by its barista owner Jeremy, may open a pop-up caffeine bar at Jaslyn Cakes in the near future. Expect to hear much more about both Roost & Jaslyn Cakes in the months ahead. 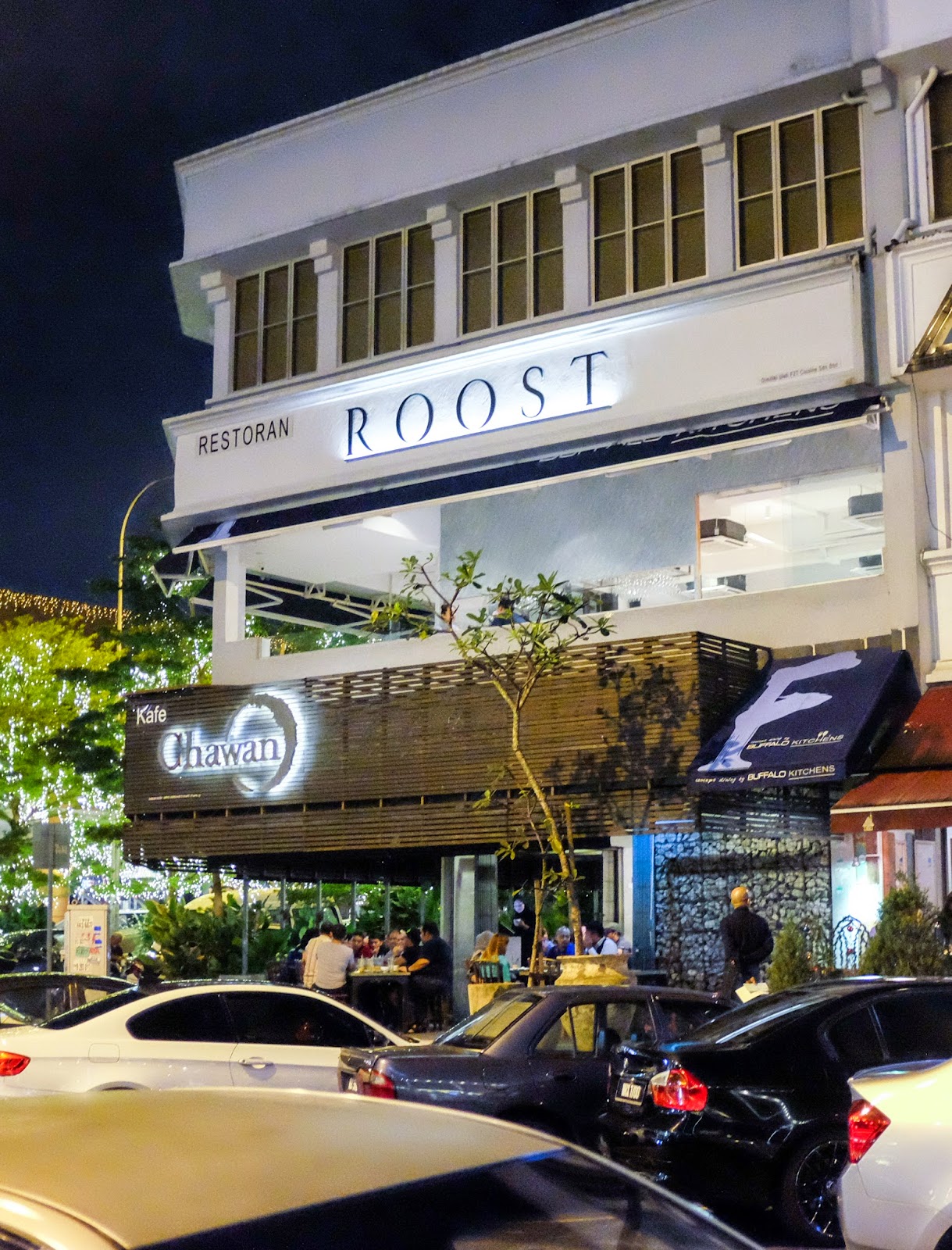 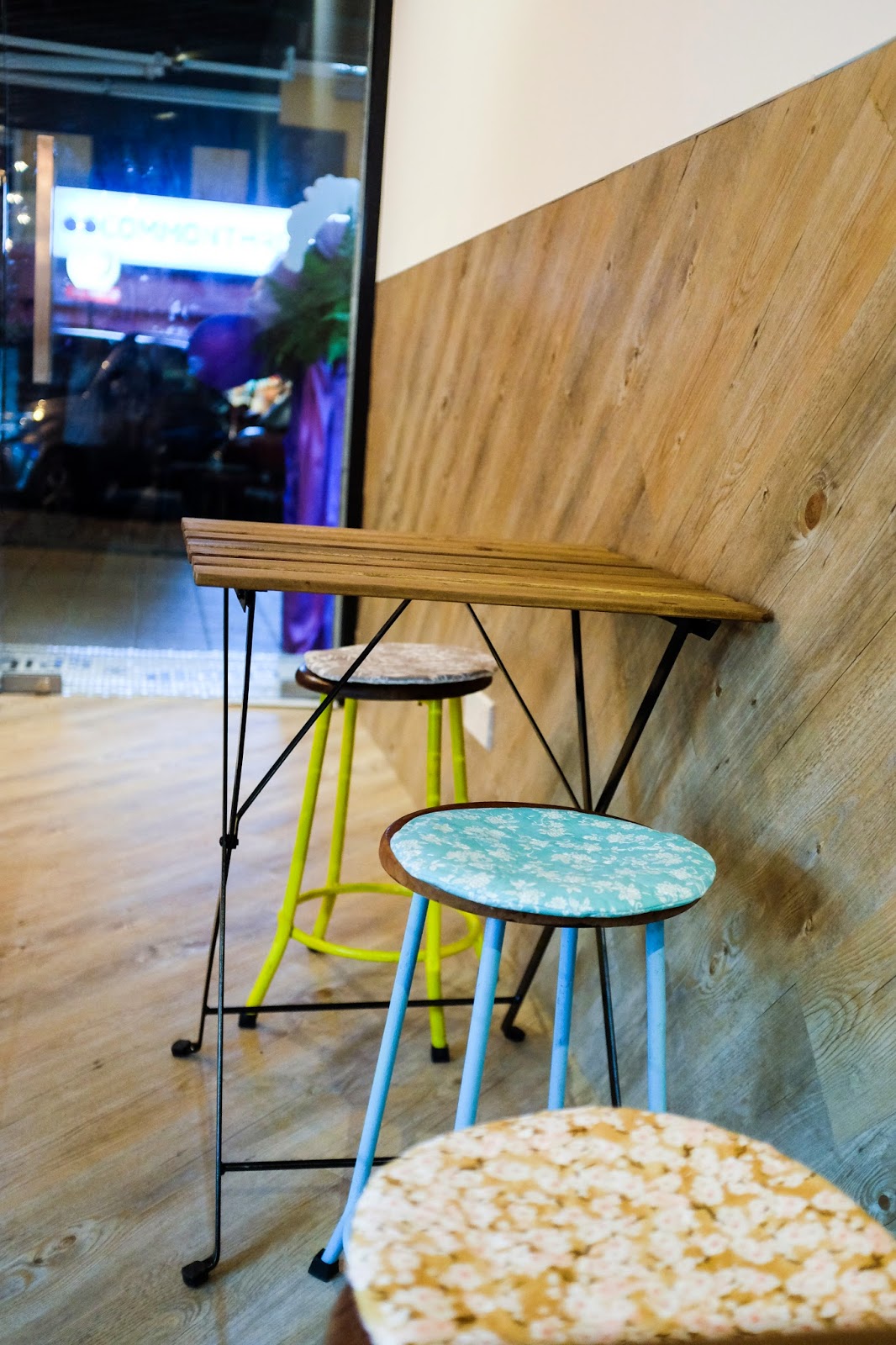 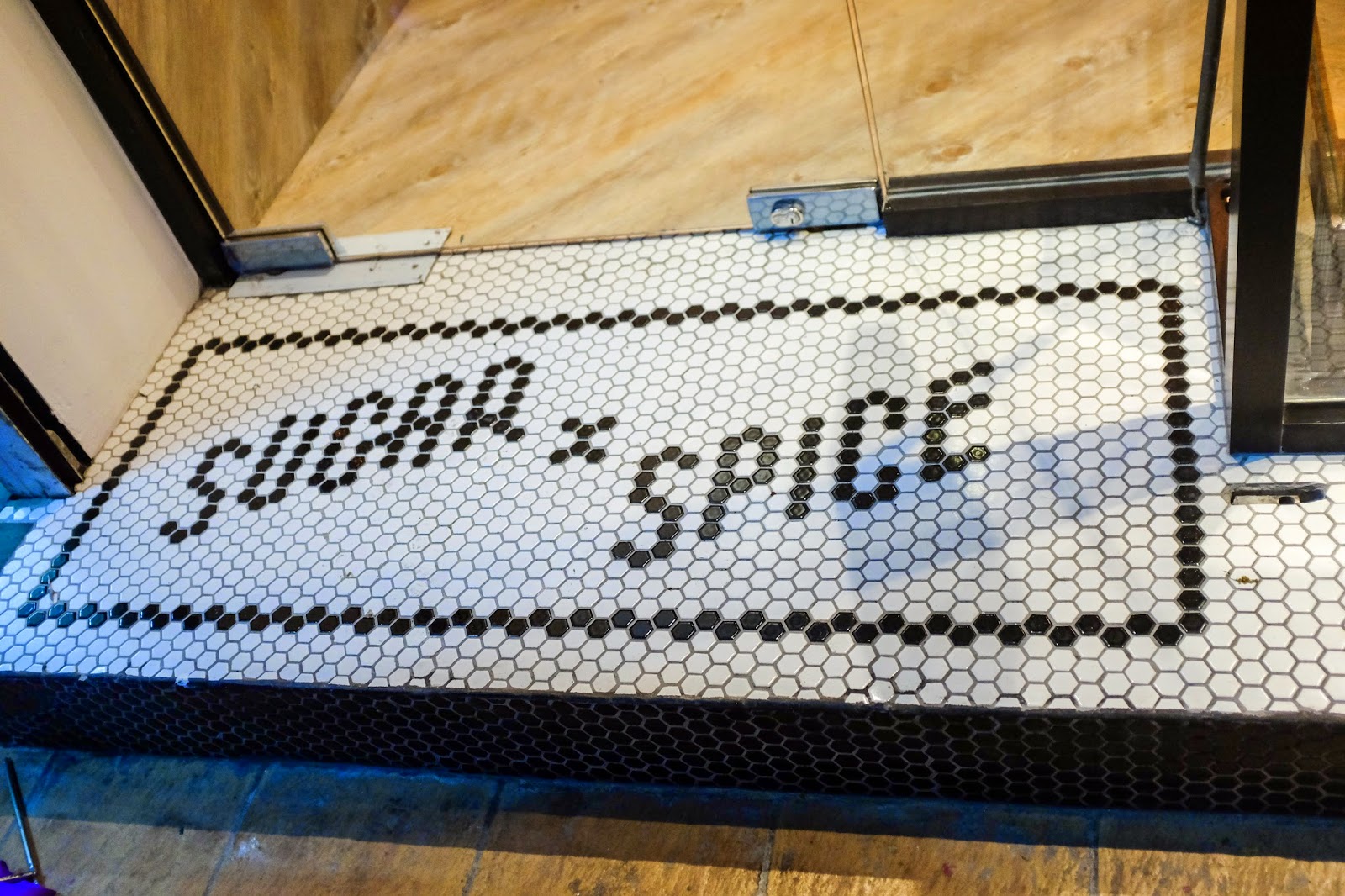