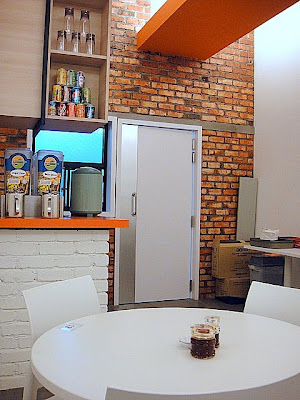 The story: two Chinese brothers recently launched this cafe as a response to their Muslim friends who face a tough time finding tender roast duck. No one should be deprived of delicious meat. 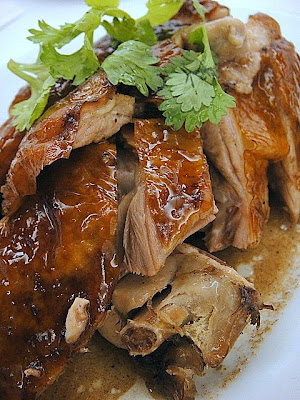 The strictly halal fowl here may not be fantastic, but it's better than fair. Juicy without being fatty, flavorsome but not gamy. We'd rate this duck an enjoyable 7/10. 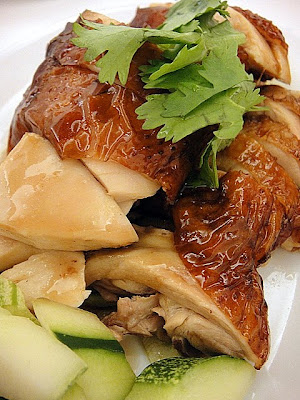 Roast chicken, satisfyingly meaty too. Makan tanpa was-was! Note: booze is totally banned here, so no smuggling in any wine or beer. 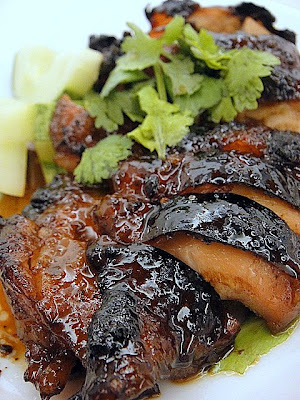 BBQ chicken thigh. Our favorite for the evening; supremely succulent, with a spectacular sweet-savory taste evocative of pork char siew. 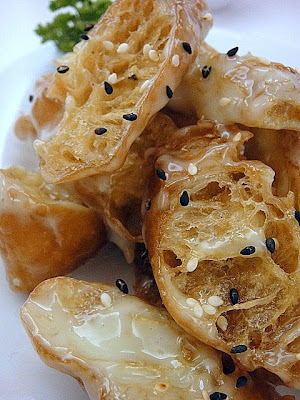 Yao tiau with wasabi mayo. Sounded more interesting on paper than in reality; the crullers were slightly too chewy and the sauce could have been spicier. 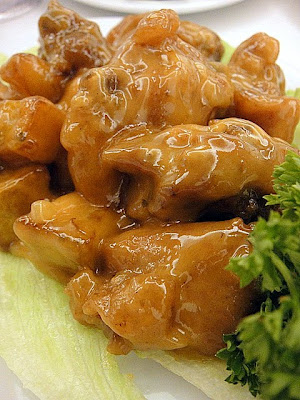 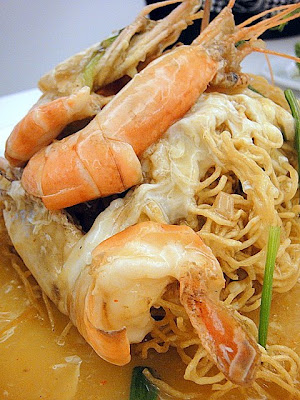 Sang har meen, but with smaller prawns compared to Soo Kee's version, for example. A nice bargain though, costing RM8.80+. The noodles were crispy, the prawns were fresh, the gravy was reasonably rich. 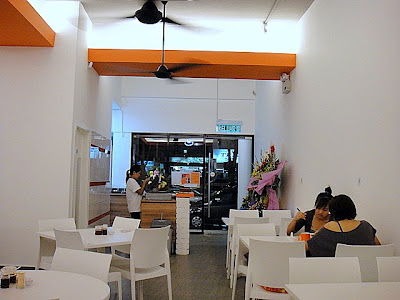