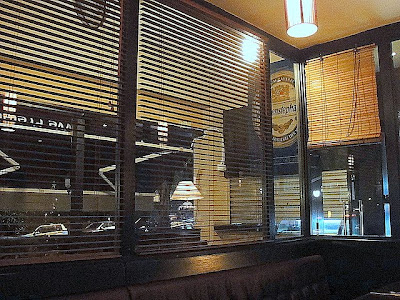 Riblee's has kinda slipped off the culinary radar in recent years, but it remains a worthy stomping ground for anyone who's hunting for porcine pleasures. 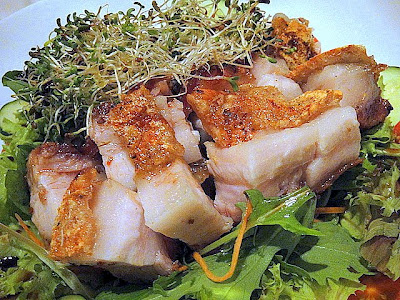 The menu never seems to change, which means that longtime favorites such as this roast pork salad are perpetually available. A whopping portion of siew yoke, sufficient to satisfy stupendous appetites. The veggies on this plate are almost an afterthought, with little ability to counter the sinfulness of the melt-in-the-mouth pork. 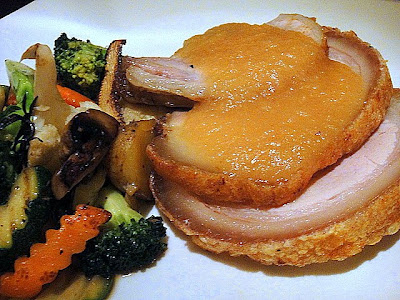 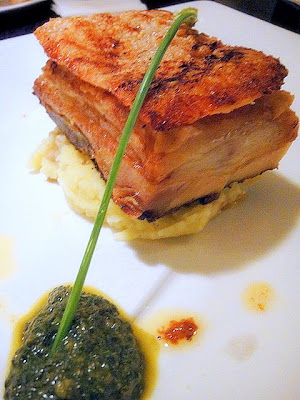 Roast pork belly with truffle oil mashed potatoes, salsa verde & apple onion confit. Be warned that the pork belly here seems to be nearly 80 percent wobbly fat _ making it heavenly for some of us, but hellish for those who prefer relatively healthier cuts of lean meat. 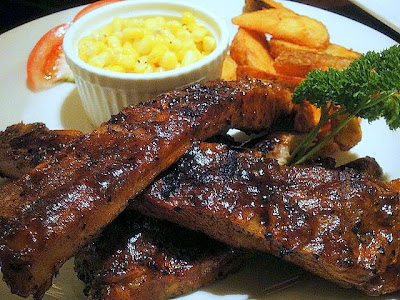 Of course, dining at Riblee's without ordering ribs would be strange. The bourbon-glazed variety is excellent, with a fall-off-the-bone tenderness, hearty meatiness and a rich flavor that nevertheless isn't as sickeningly sweet as BBQ-sauce versions. 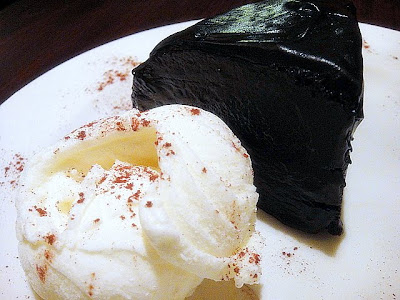 Desserts are not bad here. The chocolate mud cake is warm, moist and tastes fresh; it's surprisingly light too _ a nice change from the usual dense, decadent brownie types. 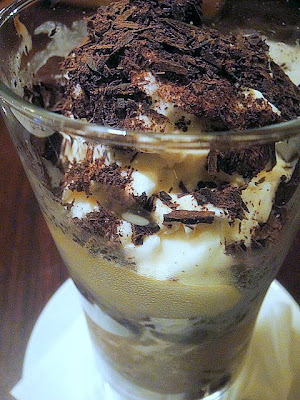 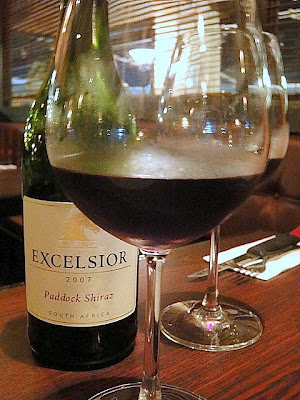 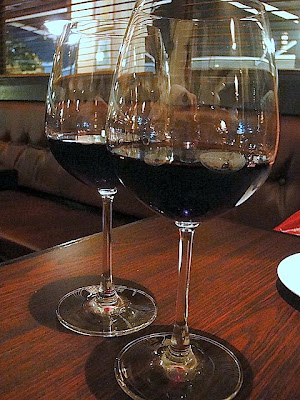 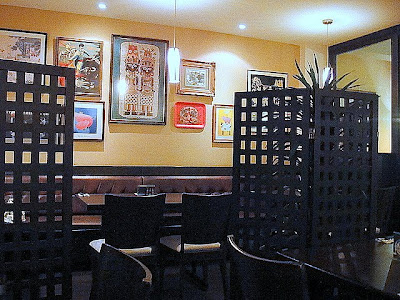 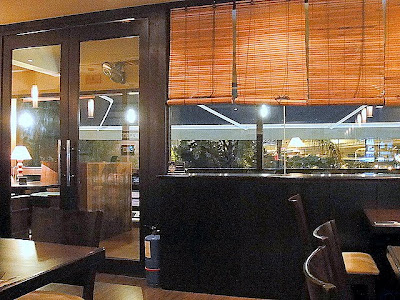