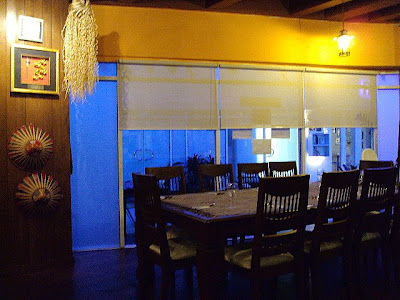 One of TTDI Plaza's quietest outlets, but possibly its most unique, offering Borneo fare made of ingredients flown in from Sarawak. 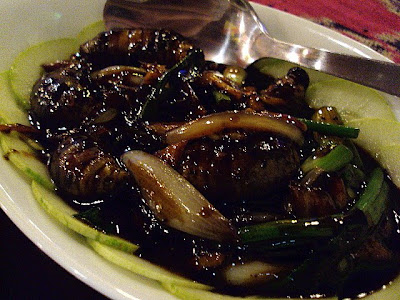 The must-try is "singket" (sago grubs) _ the larvae of Capricorn beetles that "live and feed on the starchy pulp of the sago palm trunk" (thanks, Wikipedia!). A high-nutrient delicacy for tribes such as the Melanau, these plump worms were squishy but delicious. Hard to describe the flavour, but it isn't disgusting. Can't think of anywhere else in KL to get this. 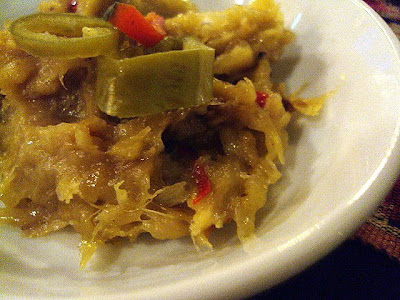 The fried tempoyak was all right. It retained the sweet aroma of durian. 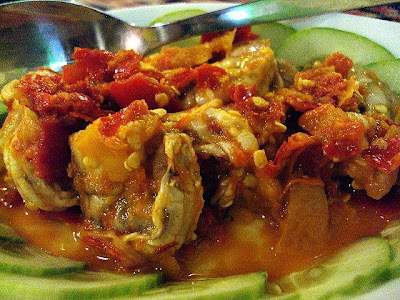 Umai udang, a lime-marinated prawn salad. The prawns were fresh and lovely, but there was too much chilli in this. We turned red after a few bites! 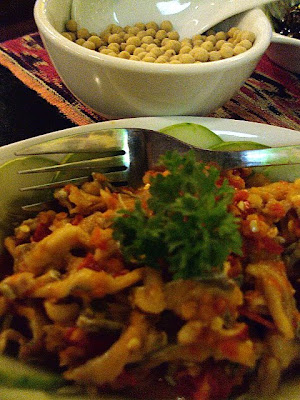 Umai Melanau, which used fish instead of prawns. Came with toasted sago pellets that you pop into your mouth with the slivers of fish for a crunchy bite. 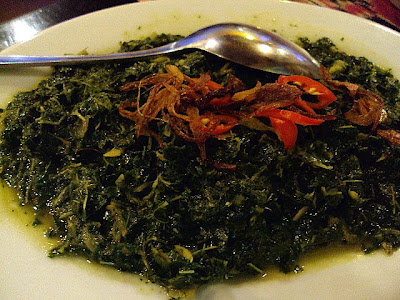 Pucuk ubi Bidayuh-style (stir-fried pounded tapioca shoots and leaves). Not bad, but not the highlight of the meal. 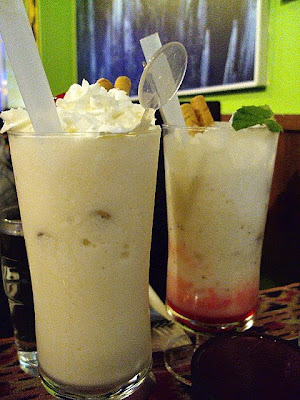 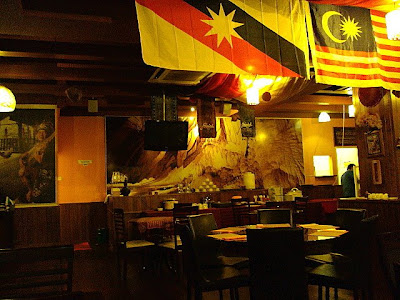 TTDI Plaza.
Find us on Find us on