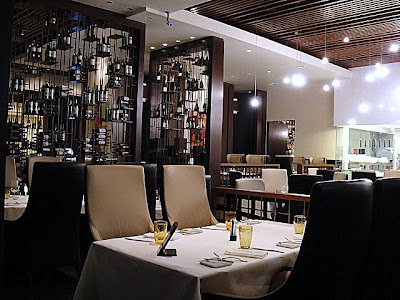 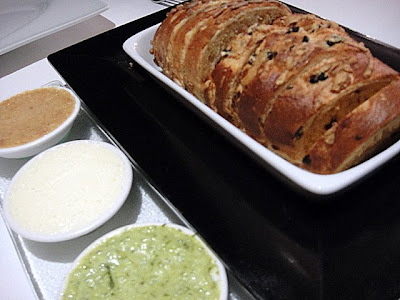 First up though, the customary bread (half nutty, half spicy) with a trio of multi-flavoured butter, whose luxurious softness puts 99% of other spreads served in KL to shame. 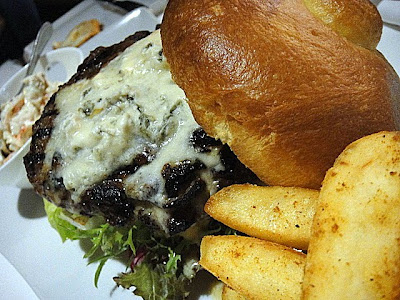 Cibo Burger, an Italian version of the American cheeseburger, originally from New York's Cibo restaurant. A luscious Wagyu beef patty on a split buttered brioche roll with oven-roasted tomatoes & melted gorgonzola cheese, accompanied by steak fries & coleslaw.
We could buy a whole lotta Big Macs for the RM105++ that this costs, but burger fans who prefer a 15-minute concentrated dose of pure pleasure should chomp on this instead. 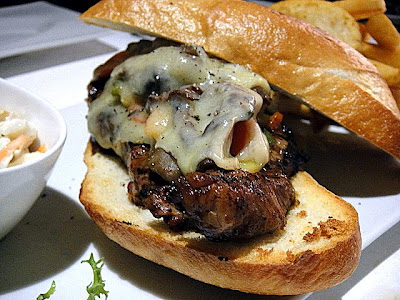 Chile-rubbed steak sandwich from San Francisco's Infusion Bar & Restaurant. A smoky, succulent USDA grilled strip steak, all 220 grams of it seasoned with chipotle chile rub, on toasted baguette with sauteed peppers, onions, mushrooms & Swiss cheese. Also pricey at RM150++, but it might be hard to find a more satisfying steak sandwich elsewhere.
Besides these two, there are three other promotional options _ a Philadelphia-style steak sandwich out of Seattle, a Californian resort's sirloin quesadilla and a Caesar salad steak wrap from Chicago _ which seem like crowd-pleasers too. 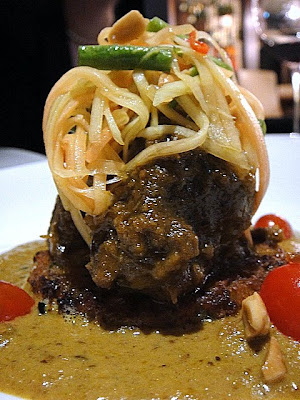 Our initial aim had been to check out ALL those carb-laden choices, but man cannot live on so much tummy-bursting bread, especially when there are other temptations, such as the Wagyu beef cheeks in Malay rendang with Thai papaya salad & French potato galette.
Taking fusion recipes to creative new heights, this proved to be strangely scrumptious; instead of overwhelming the meat, the not-too-spicy rendang's rich coconut creaminess made it taste even more tender and flavourful. 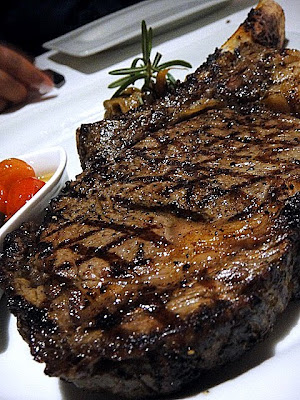 Proving that there's no such thing as too much beef, the two of us also polished off 300 grams of grain-fed Australian prime rib. A massive slab of slow-roasted meat, every juicy, bloody bite of it a carnivore's delight. Cow-abunga indeed! 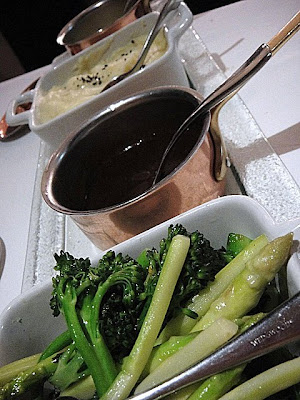 Broccolini and truffle mashed potatoes, with Bearnaise and cracked peppercorn sauces. Probably the only items that night that we couldn't finish. 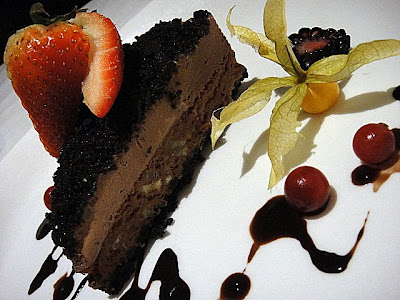 Chocolate mud pie. A few floors up from here, Favola serves my favorite tiramisu, but Prime dishes out the best mud pie ever. Gooey ecstasy, made of the ideal kind of ice cream _ refreshingly chilly without being all hard and frozen. 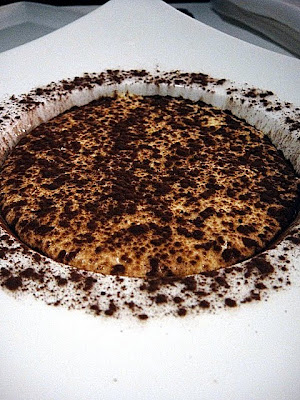 Tiramisu. Also exemplary; it might have been laced with Sambuca, since we hinted that we'd prefer alcoholic tiramisu instead of the outlet's usual strictly halal preparation. 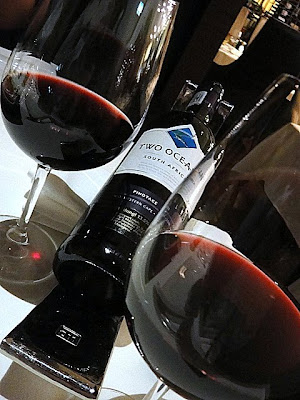 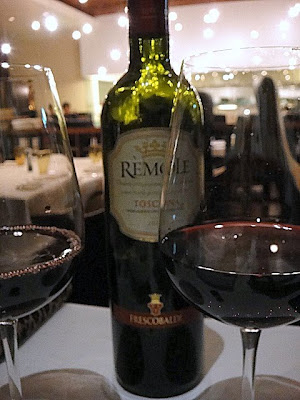 Toscana Remole IGT 2006 (Italy).
Many thanks to Leo for recently supplying me with my very own Starwood supplementary privilege card, which helped tremendously to slash our bill, as well as to the Le Meridien for the complimentary desserts and bottle of wine. 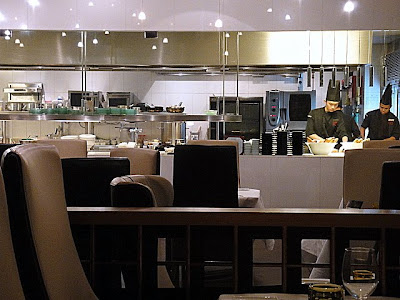 Prime,
Le Meridien Kuala Lumpur.
Find us on Find us on