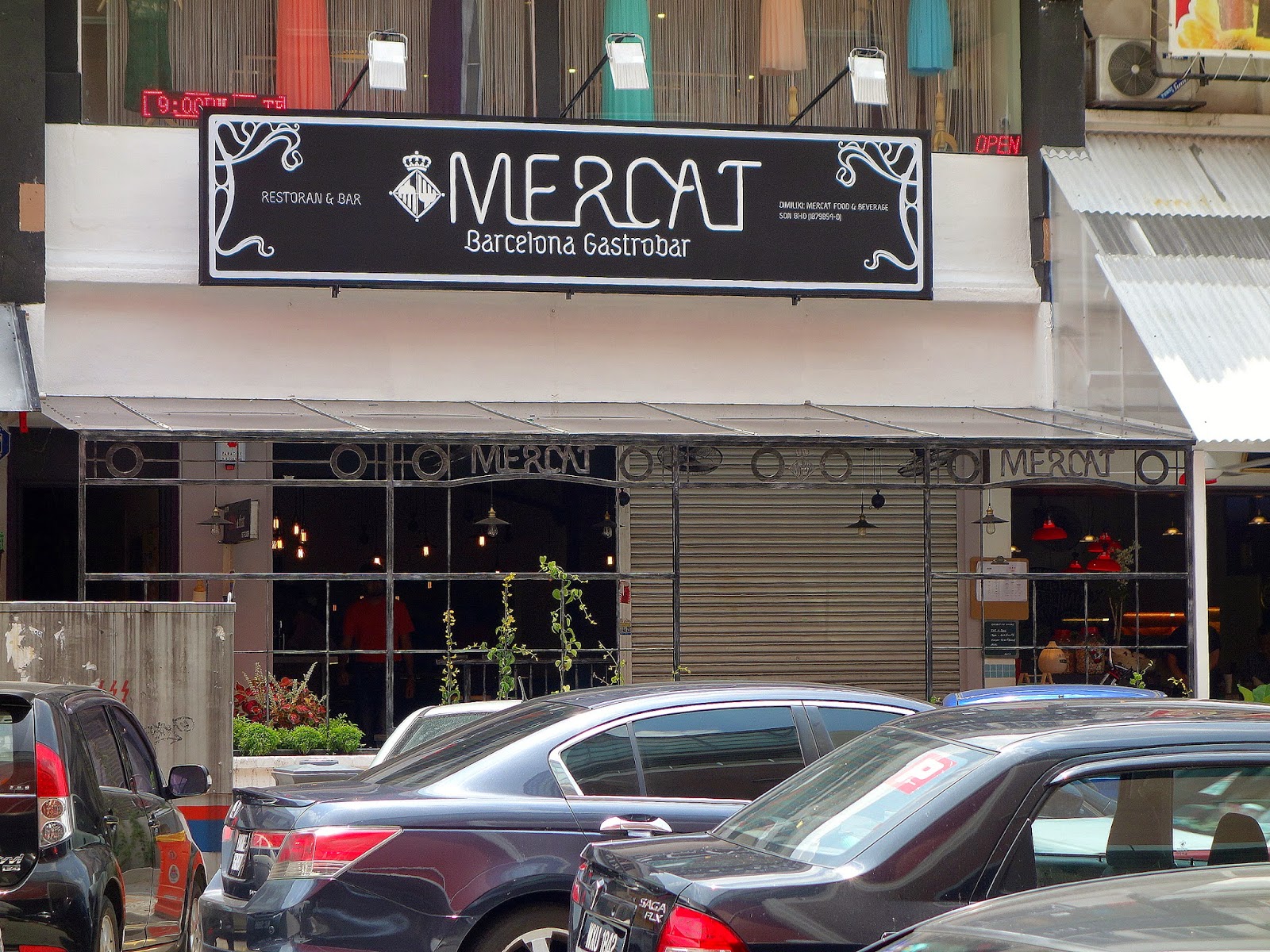 Catalan cooking is set to shine soon in Bangsar, thanks to this upcoming restaurant helmed by expat chef David Caral, a Barcelona native who's lived in KL since 2010, & manager Jorge Fernandez, who landed in our city less than six months ago. 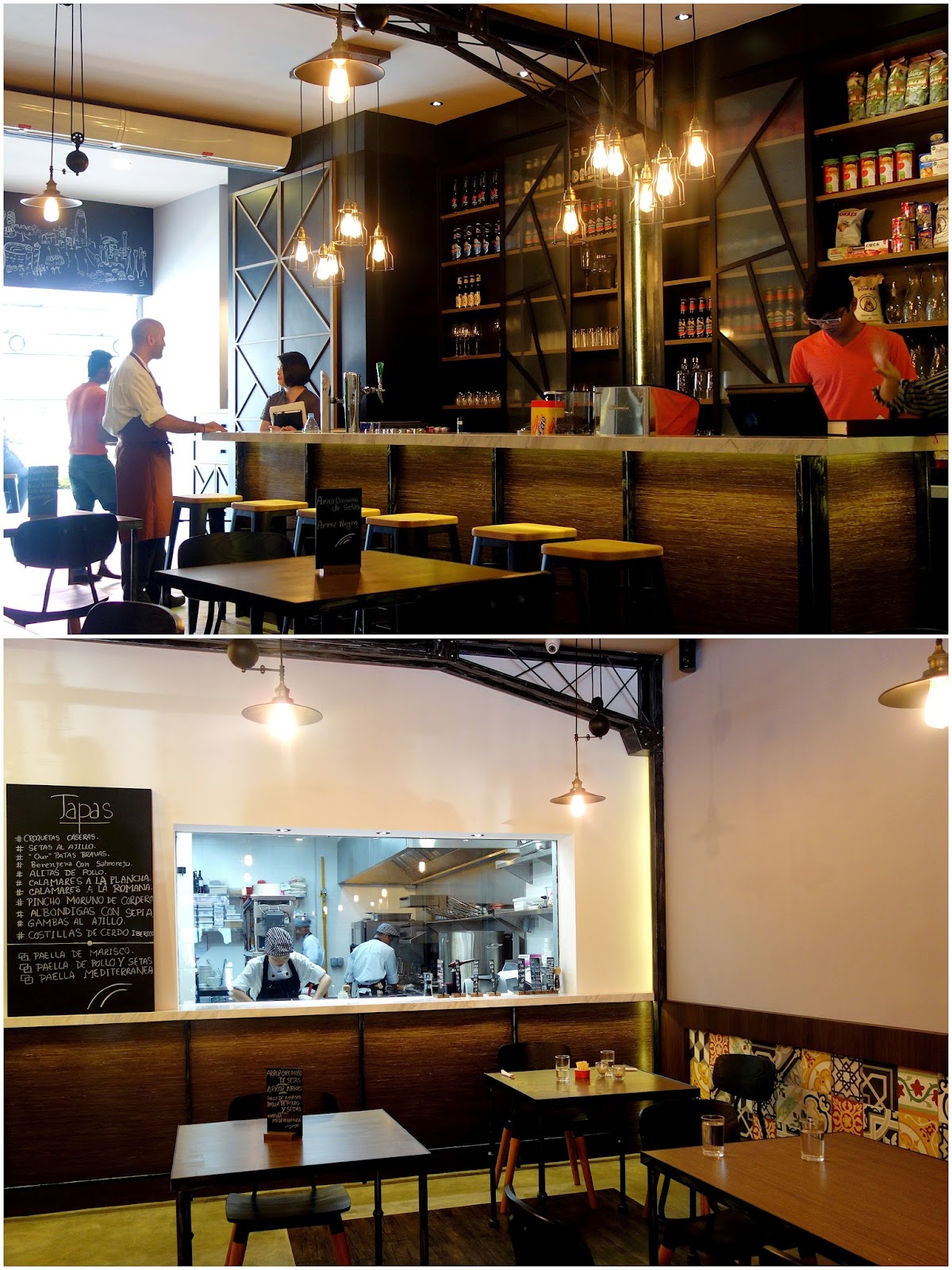 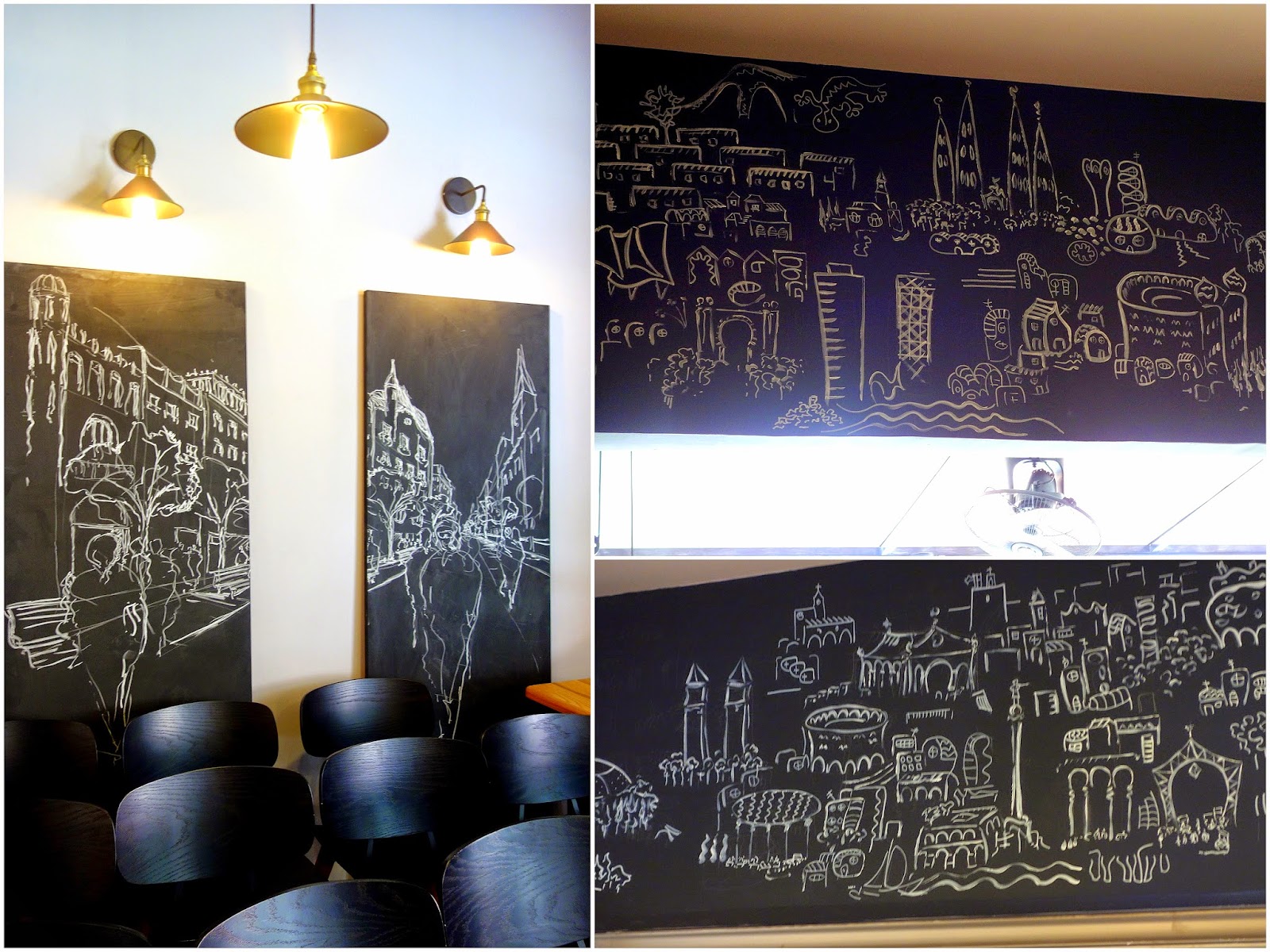 Artwork here evokes the famed architecture of Barcelona, complementing the cuisine that Caral was raised on. A primer: Catalan food was born in the Mediterranean region of north-eastern Spain; it's reminiscent in most respects to Spanish gastronomy, but its specific preparation techniques have helped Catalan restaurants stand out as some of the world's finest. 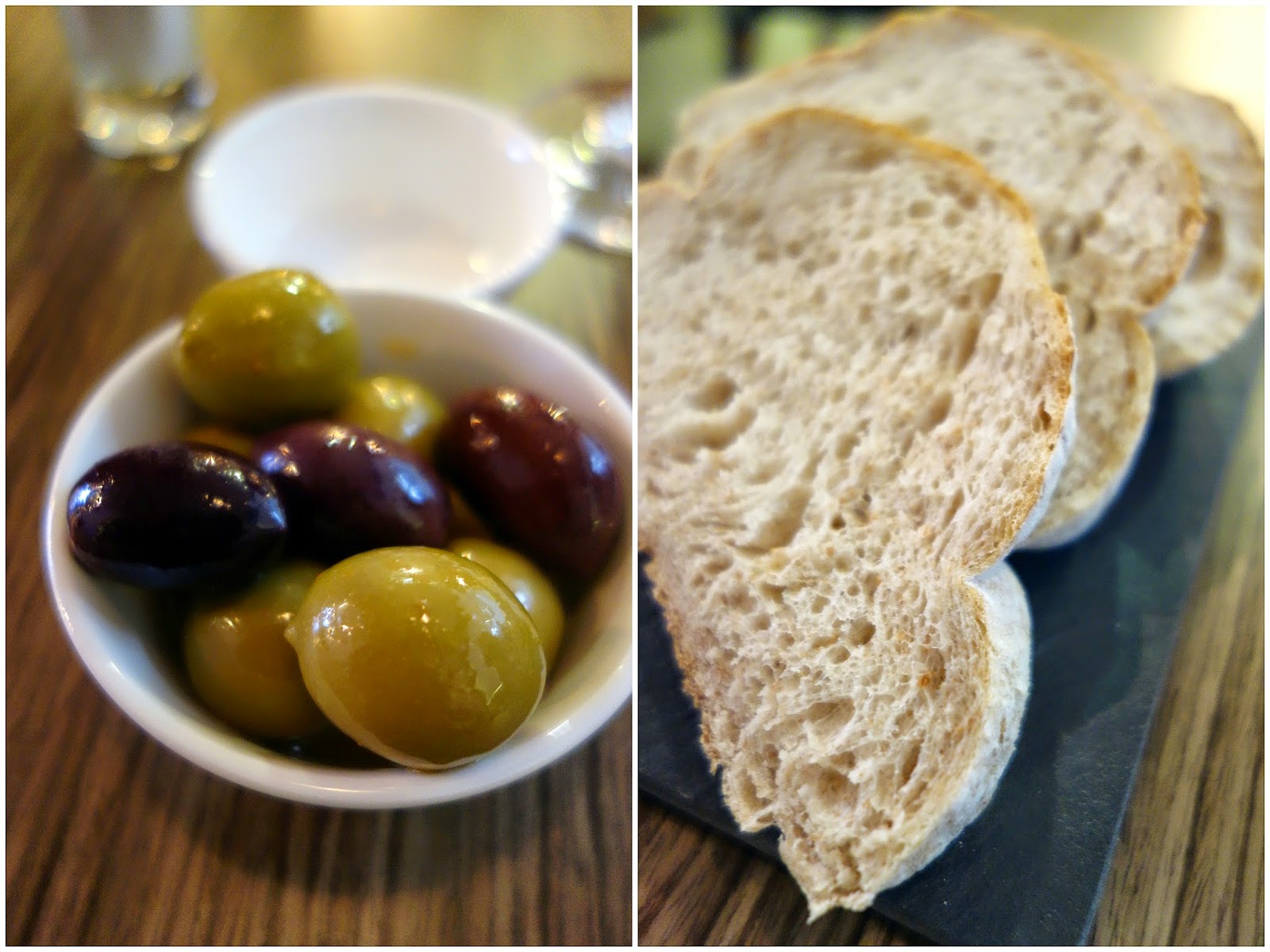 Mercat is expected to open within one or two weeks; when it's ready, head here & start with the marinated Spanish olives, plump & startlingly juicy, its palate-awakening brininess enriched with herbs & spices. Wonderful for whetting the appetite. 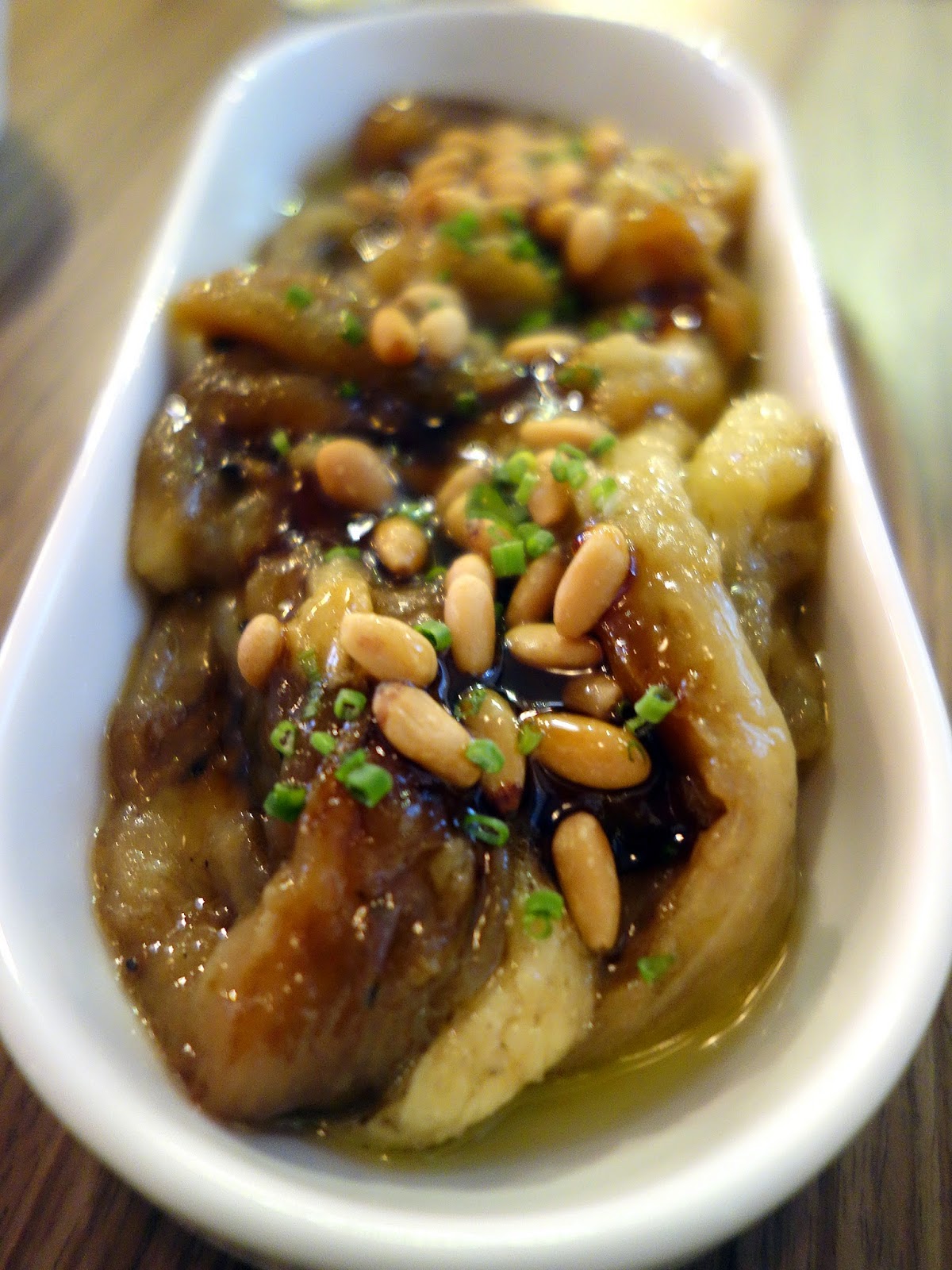 Mercat's should-try is the eggplant topped with pine nuts; a total knock-out - one of the best eggplant recipes we've experienced. Roasted in the heart of the fire for a surprising smokiness that partners so well with the vegetable's smooth succulence, left to cool before being served, bolstered by ravishing nuances of honey & a mostillo grape syrup reduction. 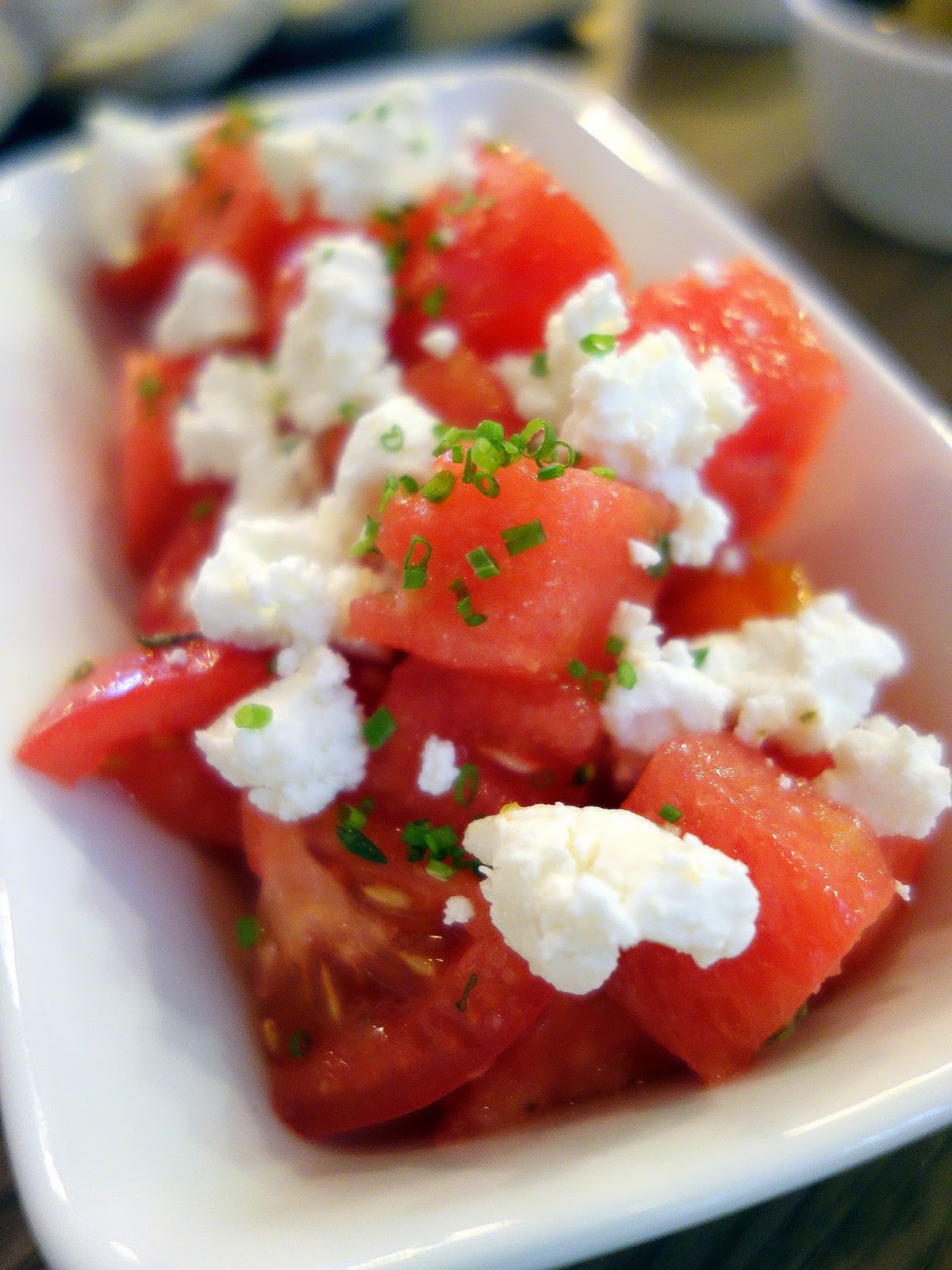 A refreshing mix of watermelon, tomatoes & goat's cheese is ranked high on the salad short-list; this might not necessarily represent the final serving size for customers, but many of Mercat's tapas are likely to range in cost between RM18 & RM26. 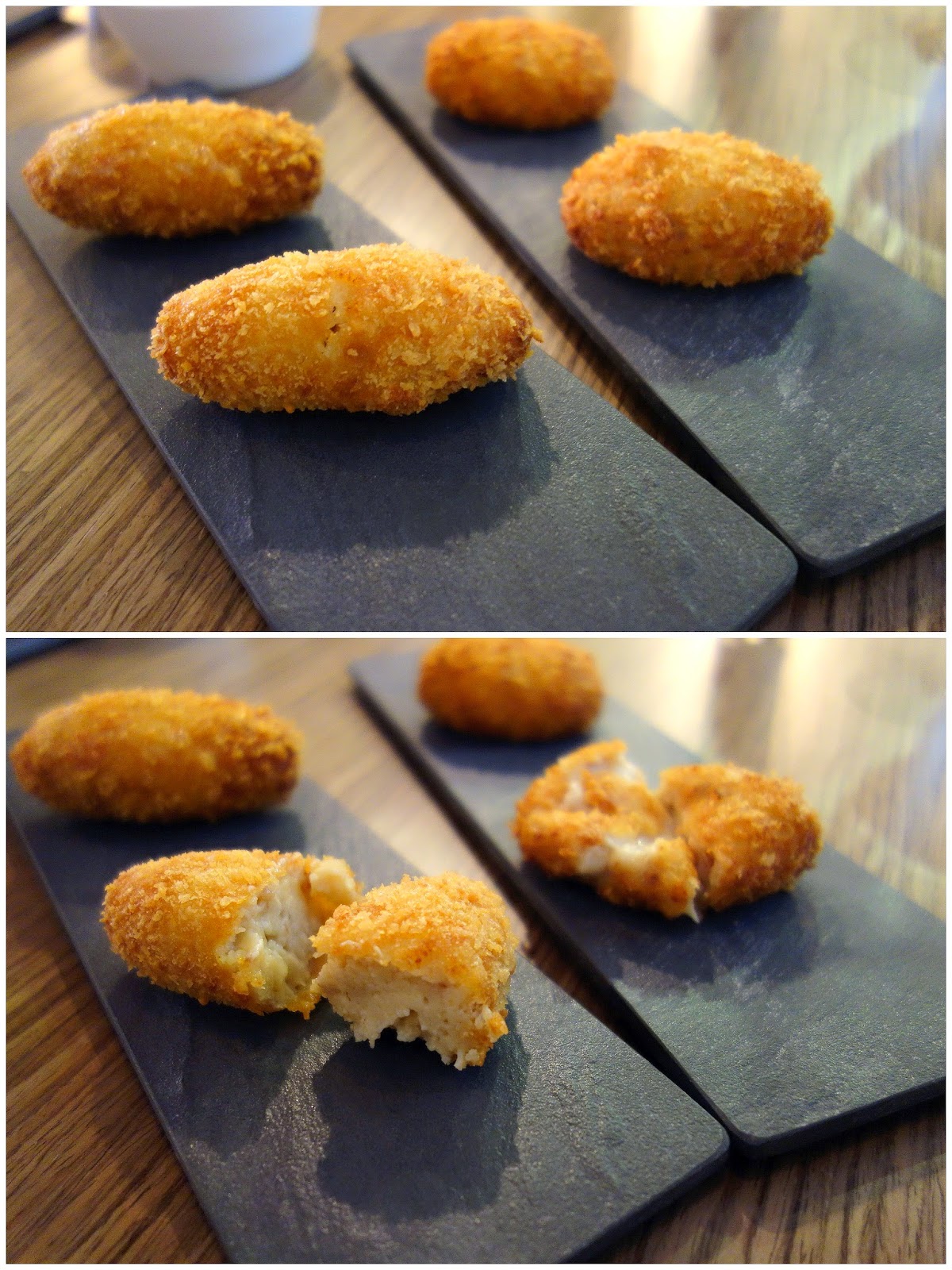 Mercat does marvellous croquettes, convincingly crisp outside & compellingly creamy within, with a fresh, kitchen-made feel. Every fritter comes steaming-hot with a stuffing of chicken (RM3.50) or better still, morsels of savoury Iberico ham (RM4.50). 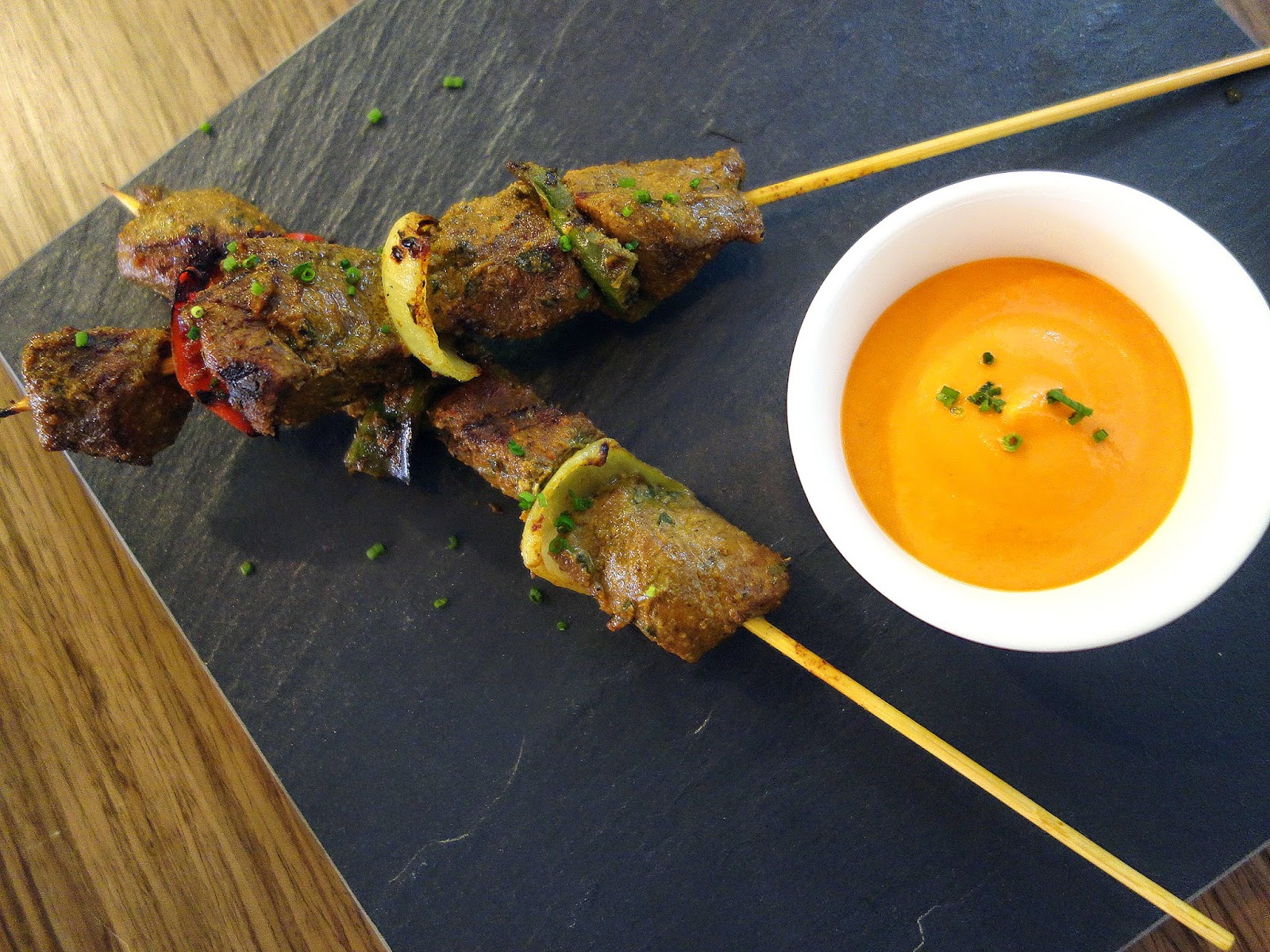 Lamb skewers, pleasurably tender & pungently tasty, with an amazing piquillo pepper dip that we'd joyously eat on its own. 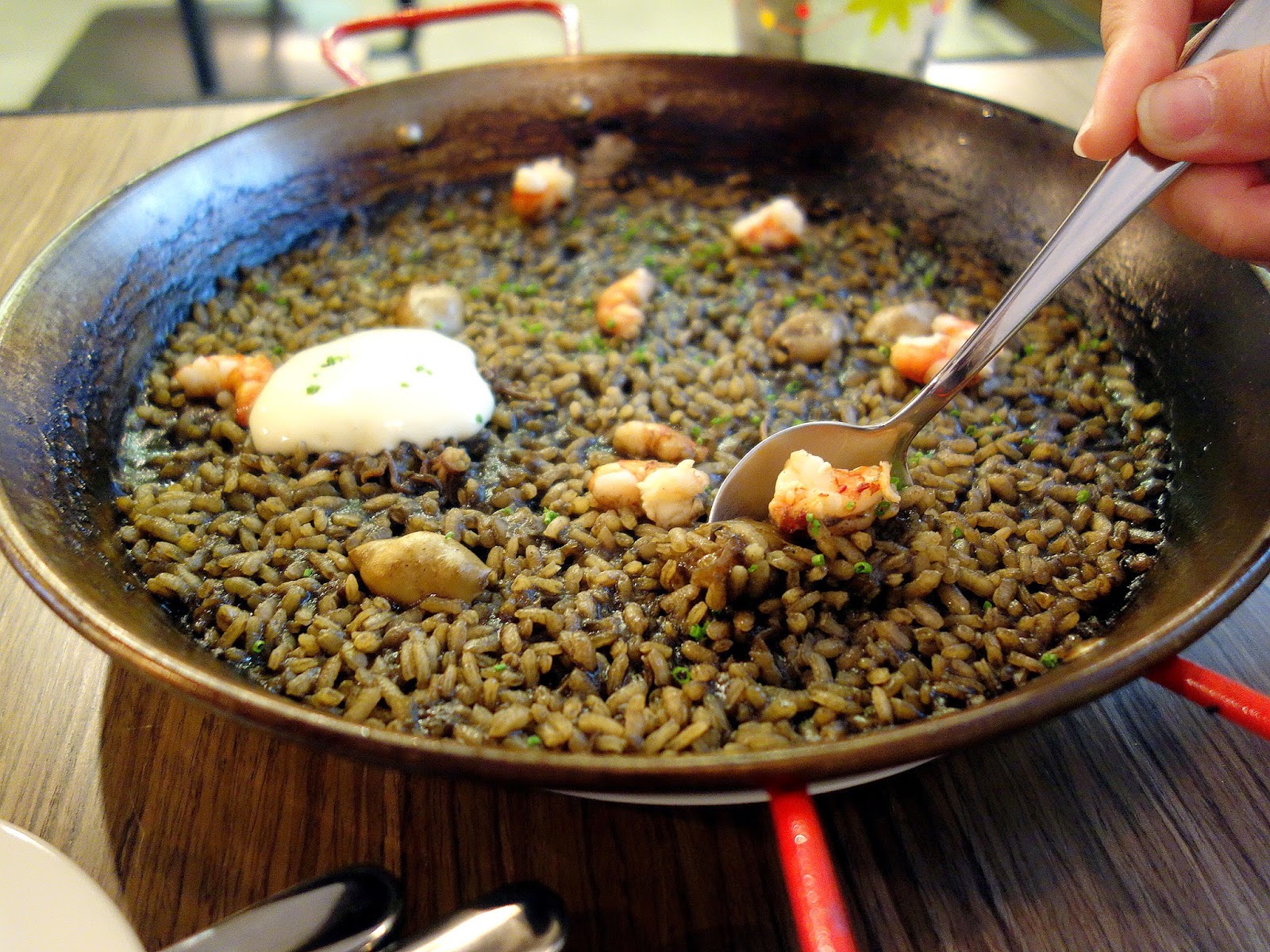 The star of this lunch: Arroz Negre, which some call the 'black paella,' the Catalan speciality of rice cooked with squid ink, squid, shrimp & aioli. The rice boasts a nice bite, very moist but fully firm, flooded with an intense inky flavour that speaks of the ocean. We scooped up every spoonful, while savouring the soulful Spanish music on Mercat's soundtrack. 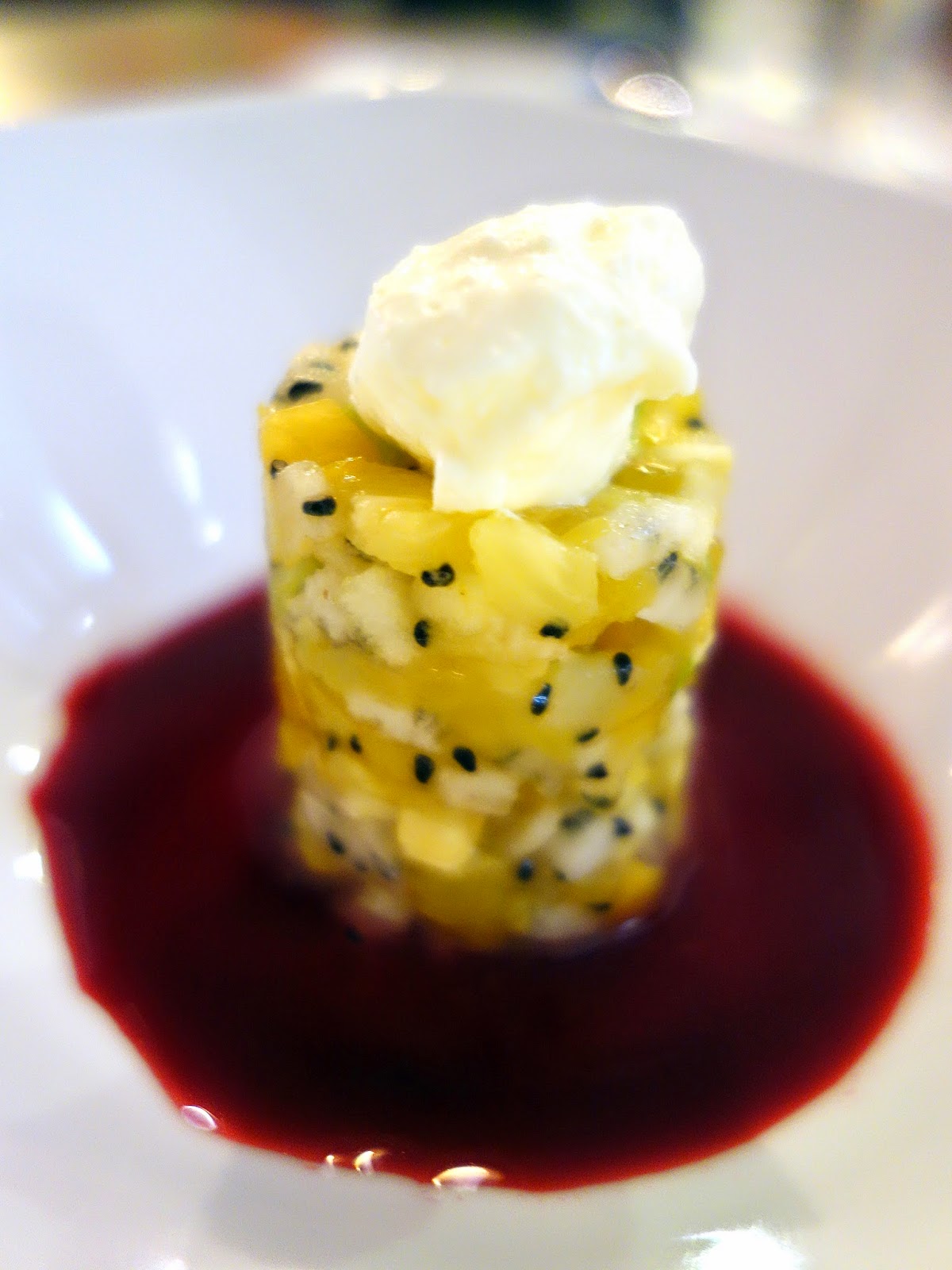 For a delicate dessert that's light & lovable: Tartar of fruits with coulis of red fruit & quenelle of cream cheese. 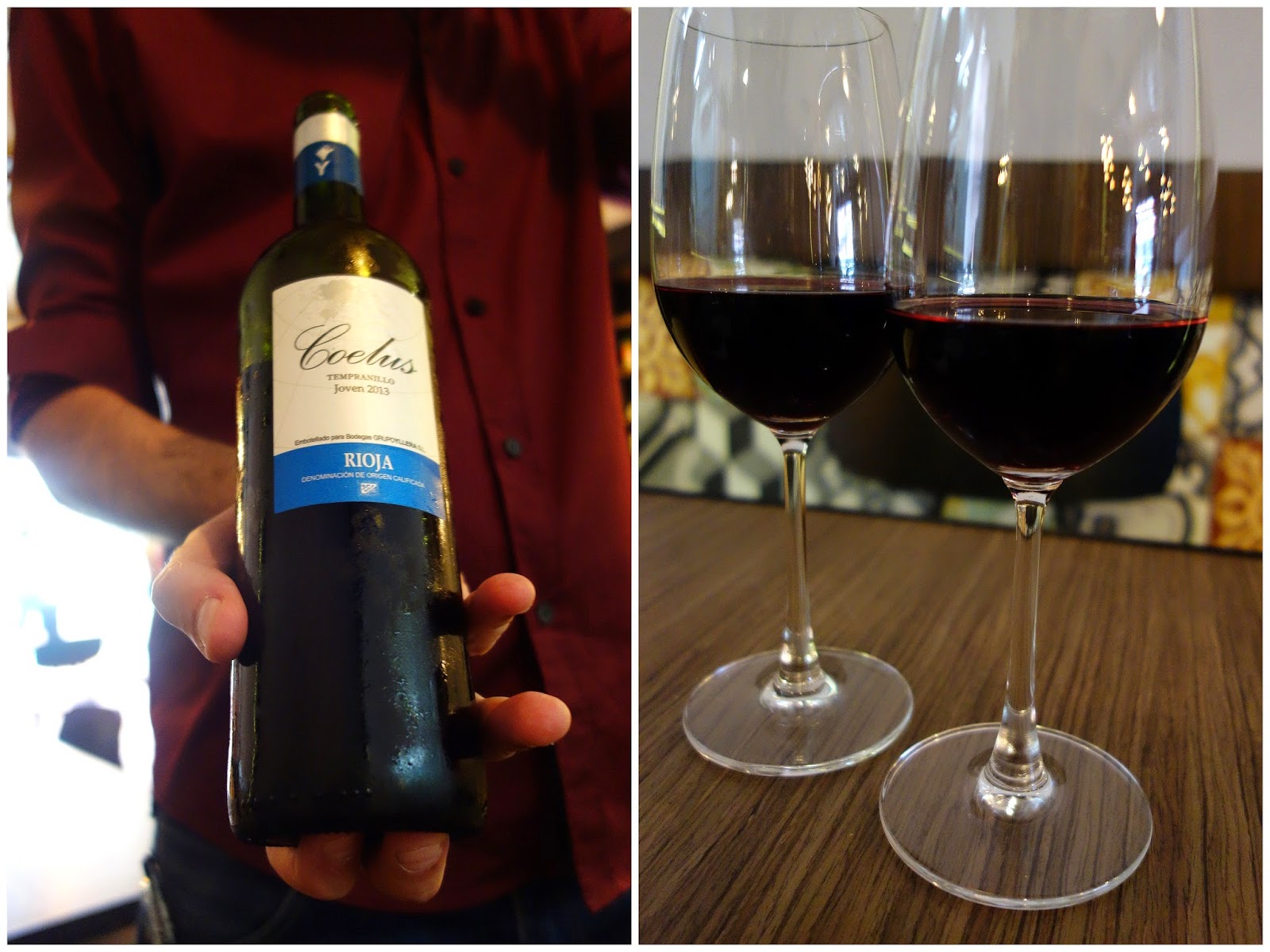 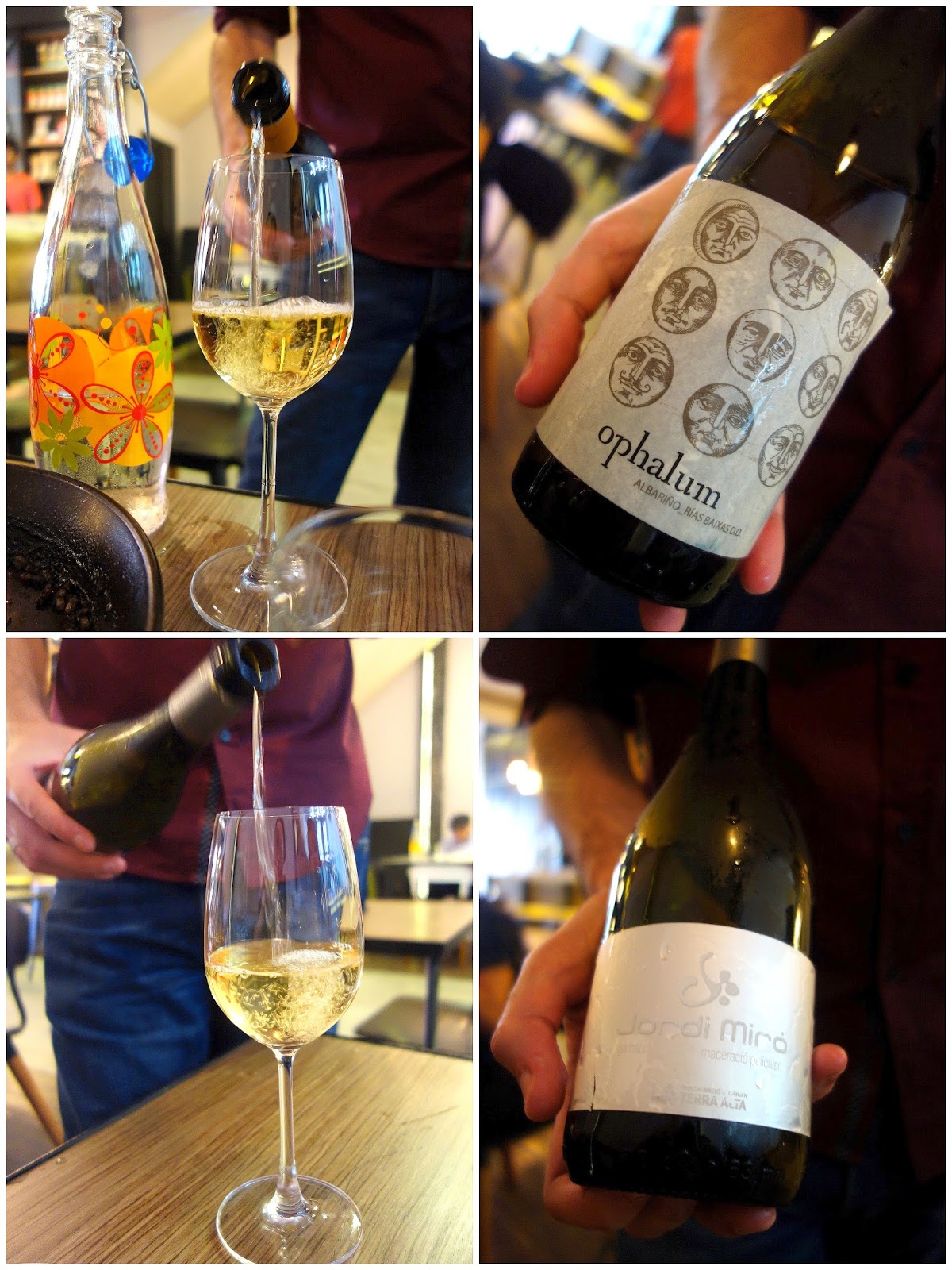 In recent years, we've discovered several Catalan-influenced restaurants surfacing across KL; some have faded, such as Changkat Bukit Bintang's exceptional, much-missed El Rincon. Others are still amassing faithful new fans, including The Intermark's Ohla Tapas. We're optimistic that Mercat will secure a footing in the latter category. 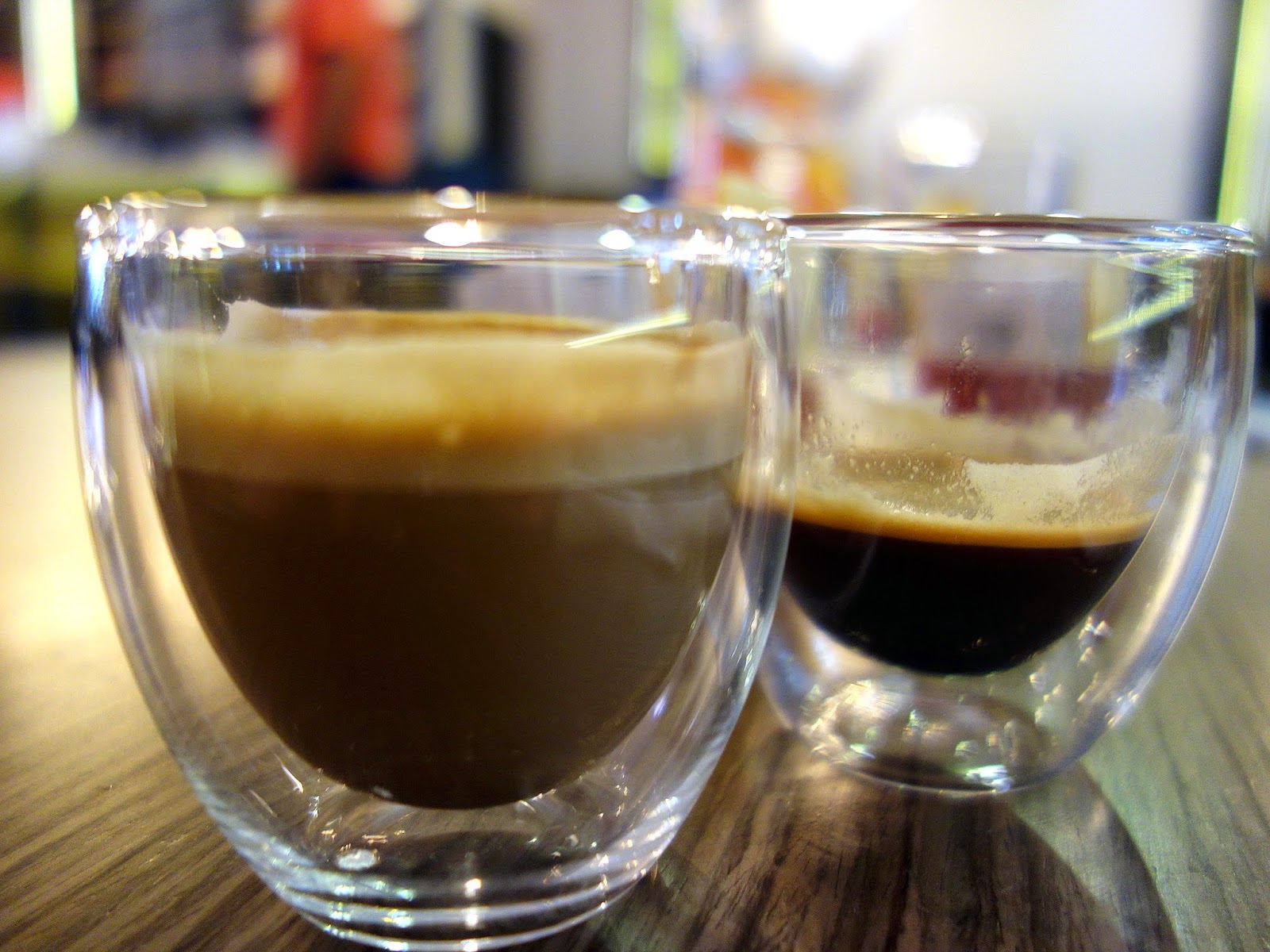 Coffee isn't something we expect to be especially enjoyable at a Catalan restaurant, but Mercat's is. Many thanks to the friendly & gracious Jorge & David for hosting this preview; expect to hear much more about Mercat in the months ahead. 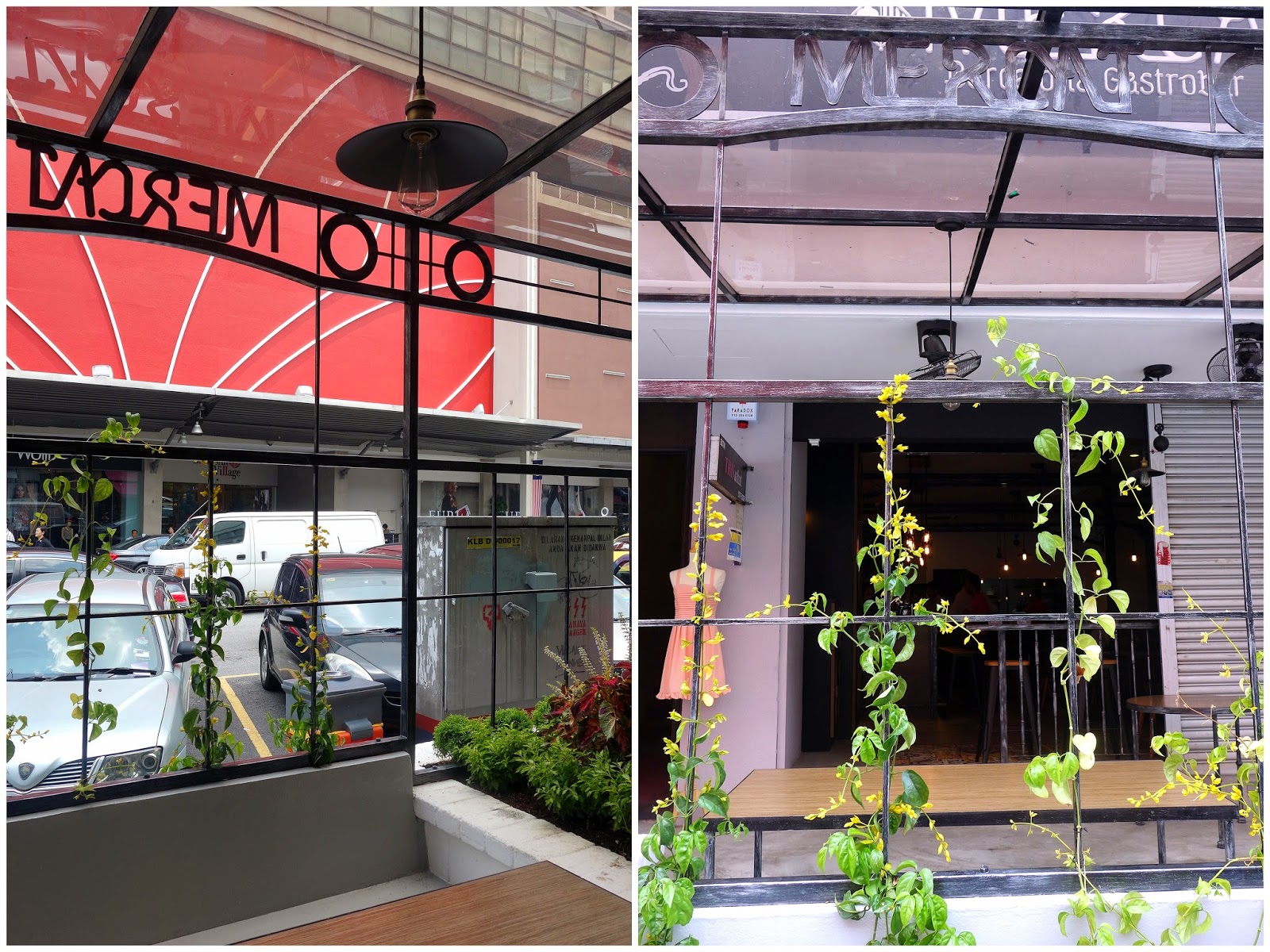 Mercat Barcelona Gastrobar
51, Jalan Telawi 3, Bangsar Baru, Kuala Lumpur.
Contact details & opening hours will be updated when Mercat opens, but expect the restaurant to initially open in the evenings on weekdays (except Mondays) & all day long on weekends.