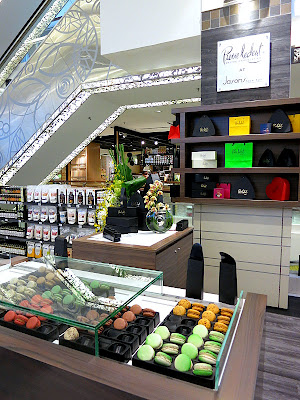 Macaron mania has a shot at resurfacing in KL, following this week's launch of Pierre Ledent's booth at Jasons Food Hall in Bangsar Shopping Center.
Main entry on Jasons Food Hall: May 21, 2012. 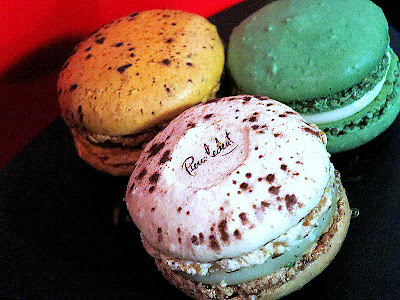 Flown in from Belgium, these might be KL's priciest macarons, costing RM10.90 apiece (!!!). But they constitute a masterclass in creaminess, distinguishing themselves with assertively flavorful ingredients like Bora Bora vanilla and the best chocolate we've tasted in a long time. 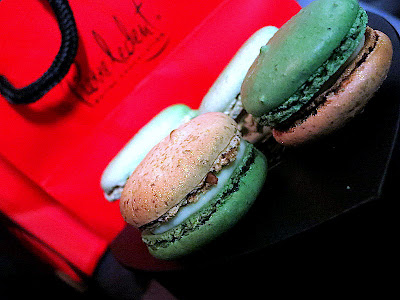 Varieties include rum-infused Mojito, balsamic vinegar, olive oil, yuzu-wasabi, violet-blackberry, pistachio-raspberry, cinnamon, caramel-sesame, banana-apricot, grapefruit and rhubarb-strawberry. Not all are available all the time; when stocks of each one run out, it might take a week to bring new batches into Malaysia. 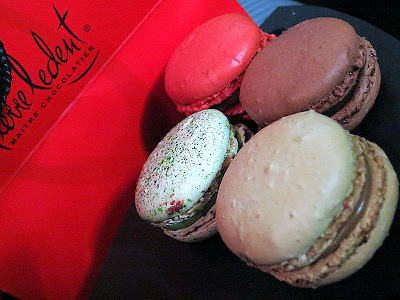 The macarons are stored in a custom-made sliding counter at ready-to-eat temperatures. Each lasts about three days after purchase and can be purchased in hand-crafted boxes at more than RM200 per package of sixteen pieces. 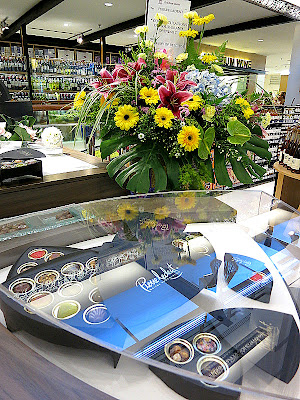 If happy ever after did exist, we'd still be eating chocolates like these _ Pierre Ledent also offers pralines in beautifully designed jewel boxes of various sizes. A container of three pieces: RM38. 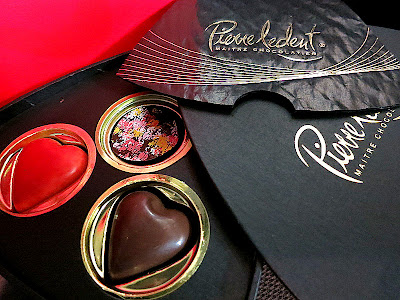 The most lust-worthy ones are laced with liquor, like the sultry-smooth concoction with Champagne-raspberry ganache, or Remy Martin Cognac, Calvados-cinnamon, Irish coffee, Armagnac or cherry-Cointreau. 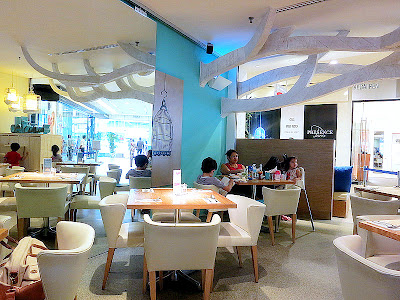 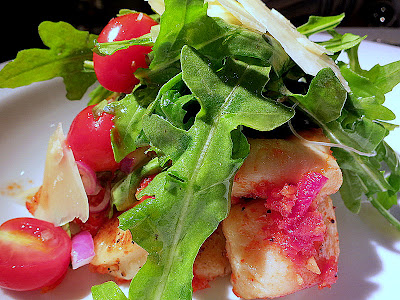 We had these on Tuesday night at Bangsar Village, so we can't vouch for Delicious' other branches. But the red pesto gnocchi with arugula and tomatoes (RM22.90++) could please fans weary of mushroom mascarpone spaghettini (which nevertheless remains on Delicious' menu with other longtime favorites like the Seriously Delicious Cheeseburger). 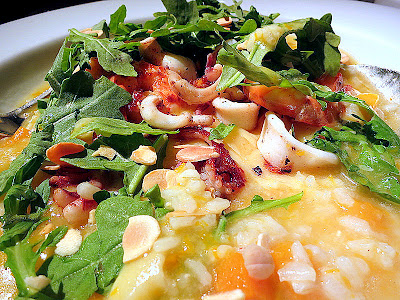 Pumpkin risotto with char-grilled prawns, squid and toasted almonds. The seafood was fresh and bountiful, partnered with plenty of pumpkin and nuts. But the rice seemed surprisingly too watery. For RM25.90++ though, this is still worth every ringgit. 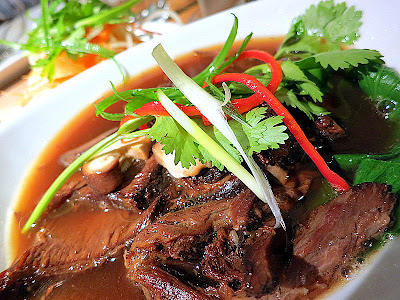 Sixteen-hour-braised beef short ribs in a mushroom broth with soba (RM32.90++), something that tastes somewhat Oriental. Here's the caveat: whatever we tried was good but not great, falling short of the heights of Dish. But prices at Delicious are substantially lower, so fair's fair. 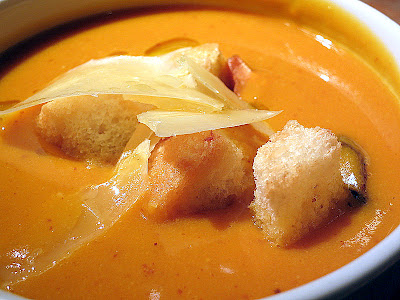 Speaking of cheaper, remember Dish's cream of pumpkin with truffle oil, mushrooms and Parmesan cheese? Delicious now serves that soup too, in a smaller portion at RM13.90++ versus Dish's larger RM22++ one. 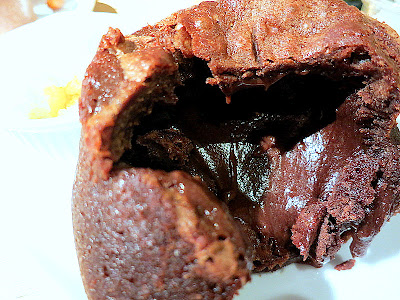 As with Pierre Ledent, we wrap up this visit to Delicious with chocolate, served as a warm, thickly melting pudding with ice cream (RM14.90++). 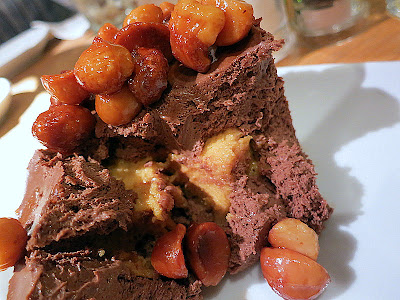 Of the opposite temperature (we love framing fearful symmetry): cold chocolate fondant with caramel and macadamia brittle. 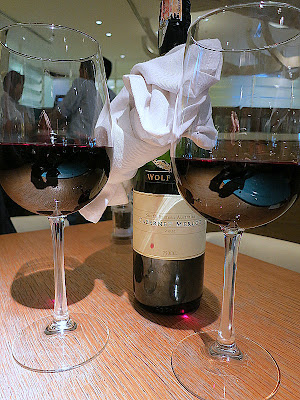