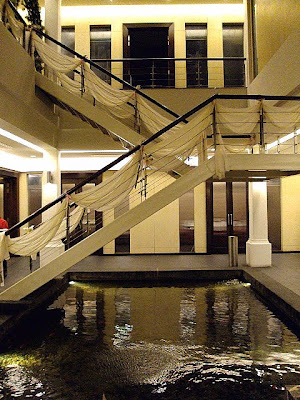 Noble House and several other Oriental outlets are now offering a "Culinary Journey to the Far East" promotion, with new recipes concocted by their chefs who went on an exploratory trip to China, Hong Kong, Macau and Taiwan. 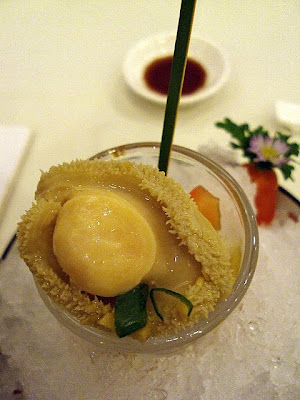 Abalone on Snow Mountain. A refreshing starter. The Australian abalone went surprisingly well with the sourish dressing in a shooter glass, which contained diced celery, cucumber and tomatoes in rice wine, lemon juice and olive oil. 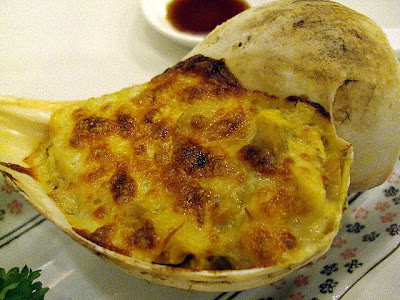 Baked foie gras with stuffed sea clams. Looked appealing, but the foie gras was chopped into such tiny cubes that it could scarcely be tasted. Still, this was ideal comfort food: lotsa clams, crab meat, chicken and mushrooms in a cheesy, buttery sauce. 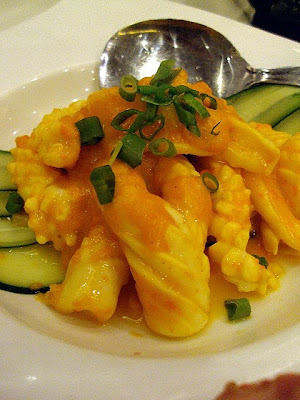 Stir-fried sea urchin with squid. A truly inspired creation that almost tasted like squid in salted egg, but with an even richer, fuller flavour. Our clear favourite for the evening. 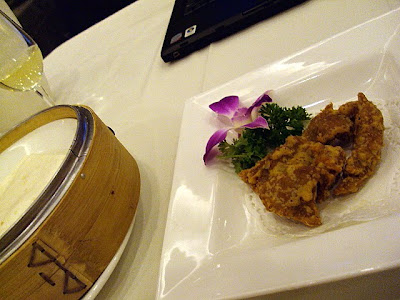 Crispy Kurobuta pork rolled in bread. This could nearly have been called Peking Pork, since it reminded us of Peking Duck. Absolutely addictive. Luckily they only served us one piece each; otherwise, we'd have eaten this all night long. 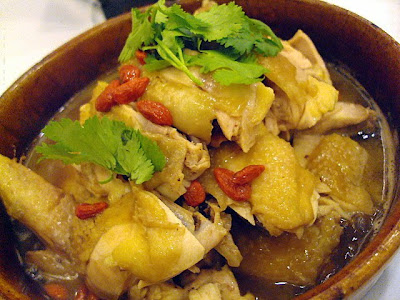 Steamed village chicken in Chinese wine. Tasted a bit too ordinary. We were scratching our heads over whether it was really kampung chicken, since the meat wasn't very flavourful. 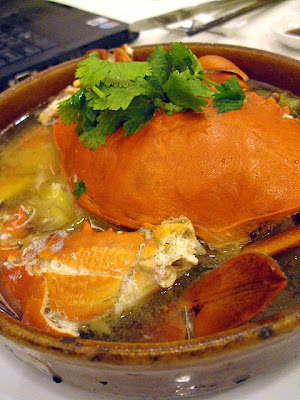 Steamed crab in Heineken beer. We were a tad too stuffed by now to appreciate this (there were only two of us, and we over-ordered despite ominous warnings by the restaurant staff), but it tasted reasonably fresh. Thankfully, the beer flavour was subtle enough to let the crab's natural flavour shine through. 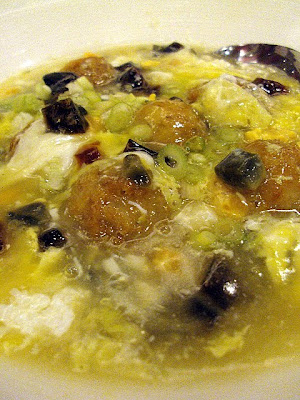 Braised yam balls with salted egg yolk and century egg. More comfort food. Remind me to look for something like this the next time I have my heart broken. 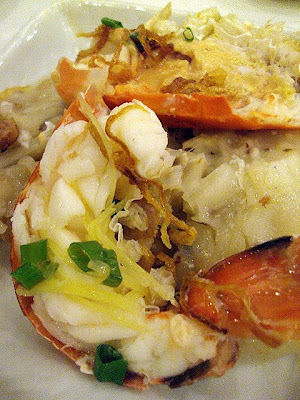 Steamed freshwater prawns with radish cake. How good was this? We managed to gobble it all up despite being barely able to breathe at this point. 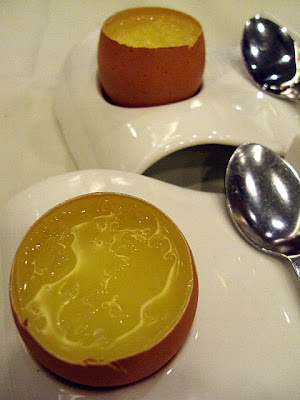 Steamed egg with bird's nest. Fortunately, dessert was incredibly light stuff that could be swallowed in a couple of gulps. The menu recommends this "for youthful beauty," which heaven knows we could use. 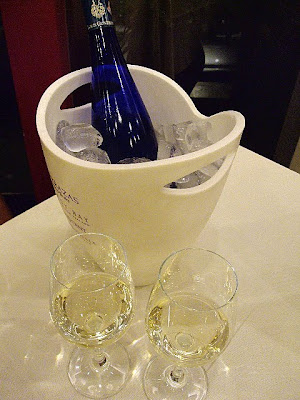 We opted for white wine since there was so much seafood. The German Guntrum Riesling was a much cheaper choice than champagne and went better than expected with the food. 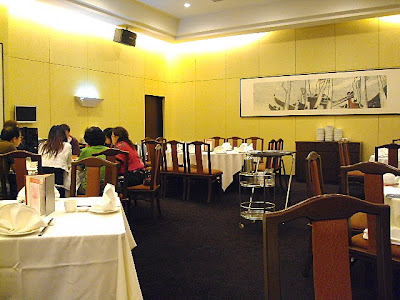