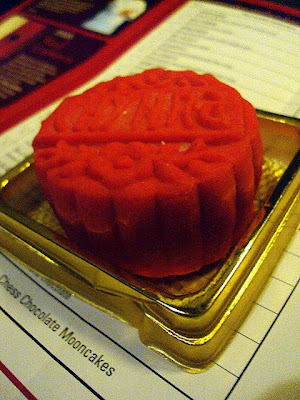 With the time for mooncakes upon us again, there's no better place to usher in a season of sweetness than Chynna. This year, they've introduced another signature design and brought back their best-sellers from the past three years.

For 2009, the Red Lantern is their masterwork, blending Kirsch-laced white lotus, cheese and fresh raspberry. The flavours combine well but are rather subtle. Not as immediately impressive as the mooncakes from previous years. 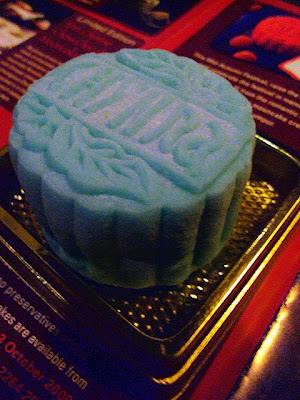 From 2008, the Blue Moon, my favourite Chynna mooncake of all time. The Amaretto-tinged lotus is a smooth, creamy treat by itself, but whoever thought of mixing it up with a sourish, crunchy blueberry cheese feuilletine in the centre deserves a place in heaven. 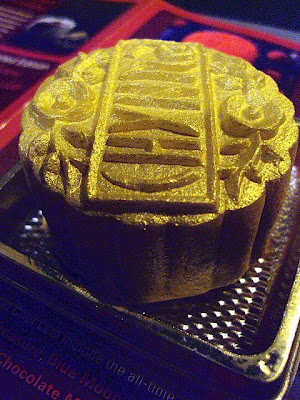 The 2007 Golden Treasure reminds me of when I first fell in love with Chynna's mooncakes. Kahlua-infused tiramisu paste wrapped in edible gold snow skin, this is a visual knockout and an aromatic workout for the tastebuds. 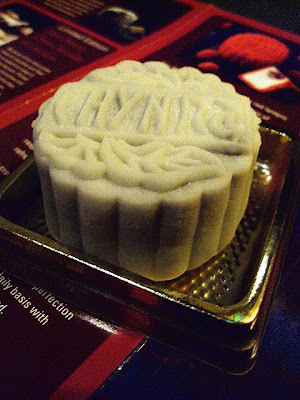 Finally, here's the 2006 mooncake, filled with chocolate, sunflower seed and Bailey's. At first bite, it tastes mediocre, but when you hit the nutty, crunchy centre, it suddenly feels like one of the best candy bars you've ever had.

Hilton KL.
Find us on Find us on