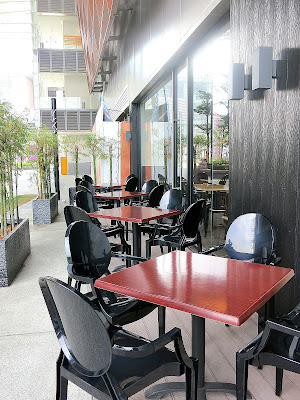 Round Two for Miraku and Bulgogi Brothers, both a short stroll from each other at Paradigm Mall.
Earlier entry on Miraku: August 7. Entry on Bulgogi Brothers: August 12. 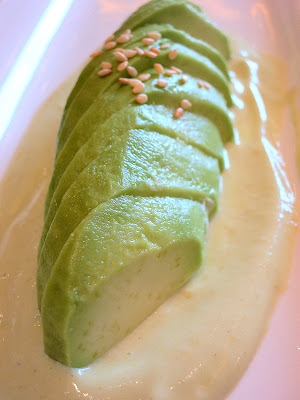 Going green for much of this meal, starting with Miraku's hugely enjoyable avocado 'sashimi,' sliced and served with wasabi mayonnaise. 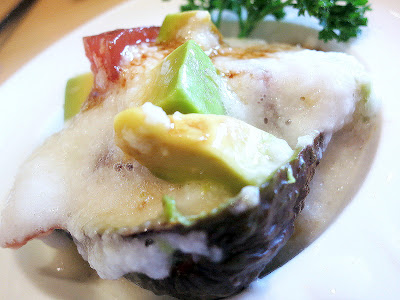 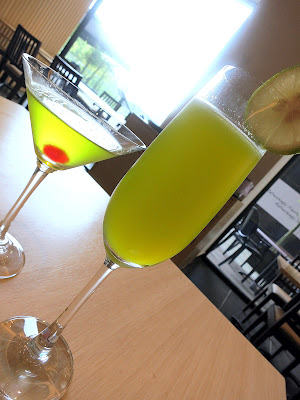 Even Miraku's cocktails might work as leprechaun camouflage: Midori Sour and Miraku Martini. 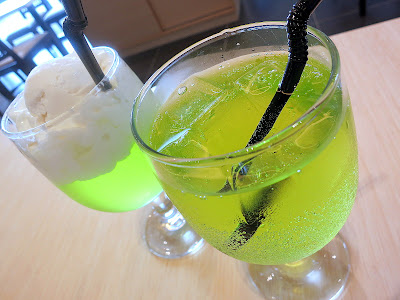 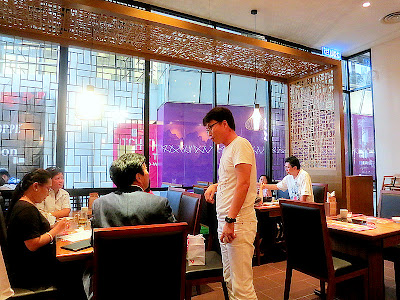 From Japanese to Korean: both countries might be on an uneasy diplomatic footing these days, but their cuisines sit comfortably close together on this mall's boulevard. 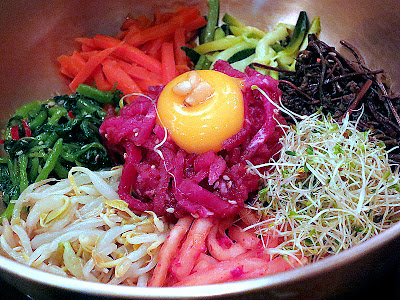 Bulgogi Brothers serves several variations of bibimbap; our pick is the one topped with raw beef _ and even rawer egg yolk _ for a refreshingly 'real' flavor. 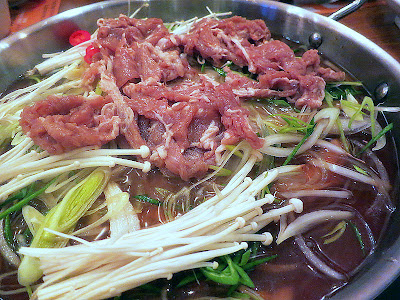 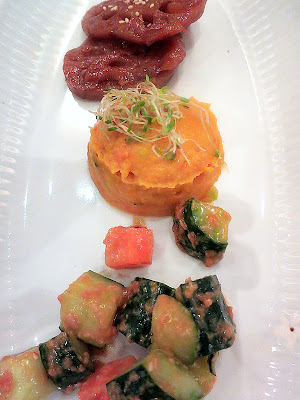 Side dishes, replenished as often as desired, include pickles, pumpkin mash and lotus roots... 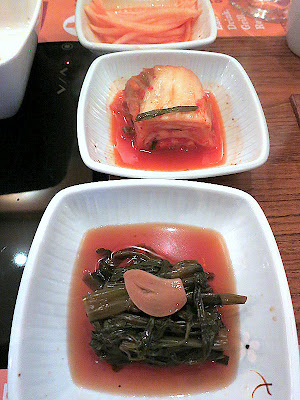 ... as well as kimchi and kangkung, all of assuredly satisfactory quality. 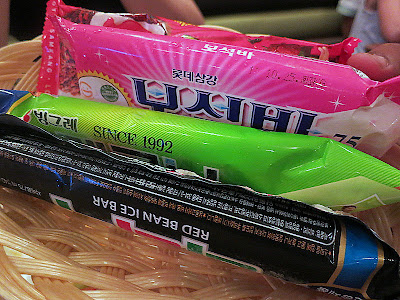 Korean ice cream is available too, at about RM6 a pop. 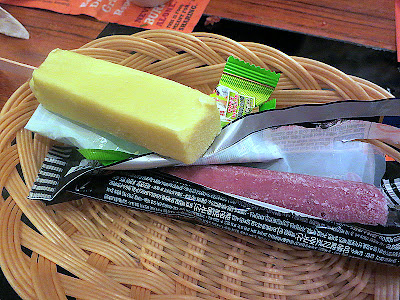 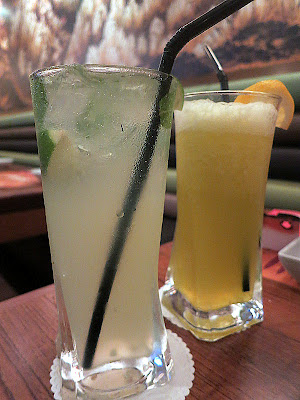 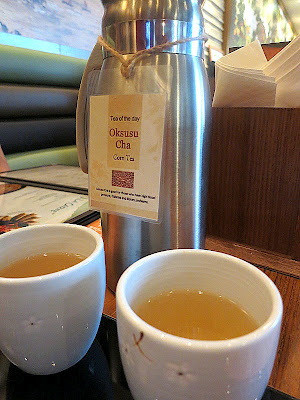 Hot corn tea, an intriguing change from the green type. 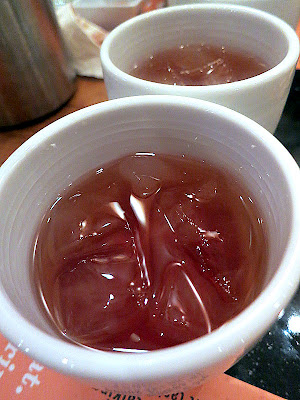 And icy plum tea to wrap up on a sweet note. Bulgogi Brothers remains scheduled to open its second outlet in Pavilion in two weeks. 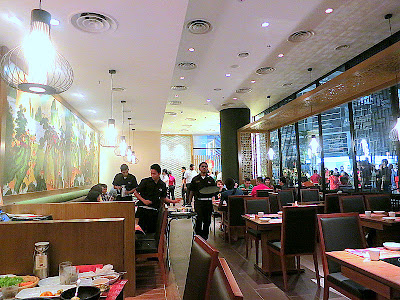 Bulgogi Brothers and Miraku,
Ground Floor Boulevard, Paradigm Mall.
Find us on Find us on