Milkshake Bros @ The School, Jaya One (now in 1 Utama) 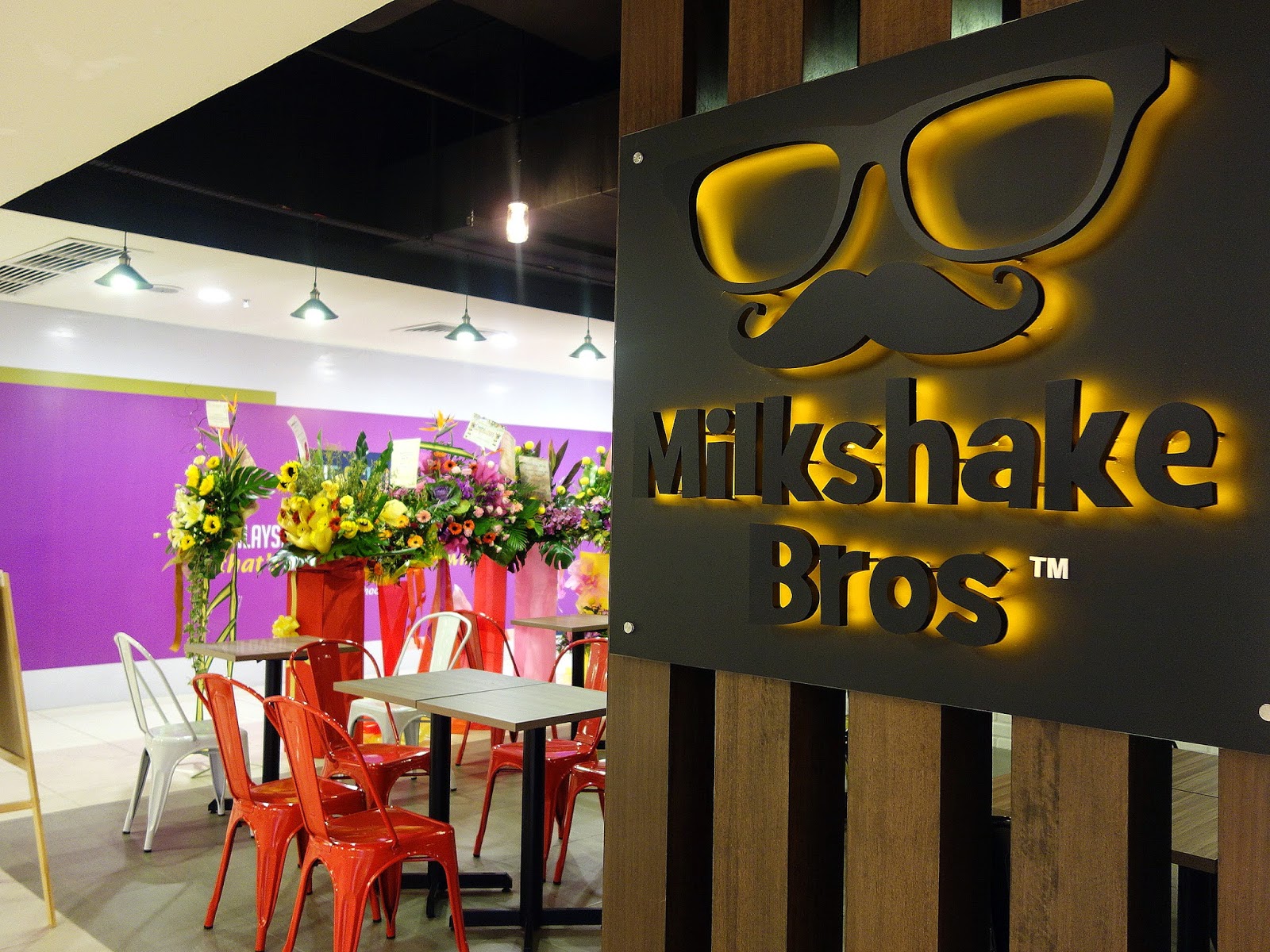 For milkshake lovers, a bromance is set to bloom in Jaya One, thanks to these macho makers of creamy-cold beverages.
2016 Update: Milkshake Bros has moved to Lot SK2D, 2nd Floor, Old Wing One Utama. 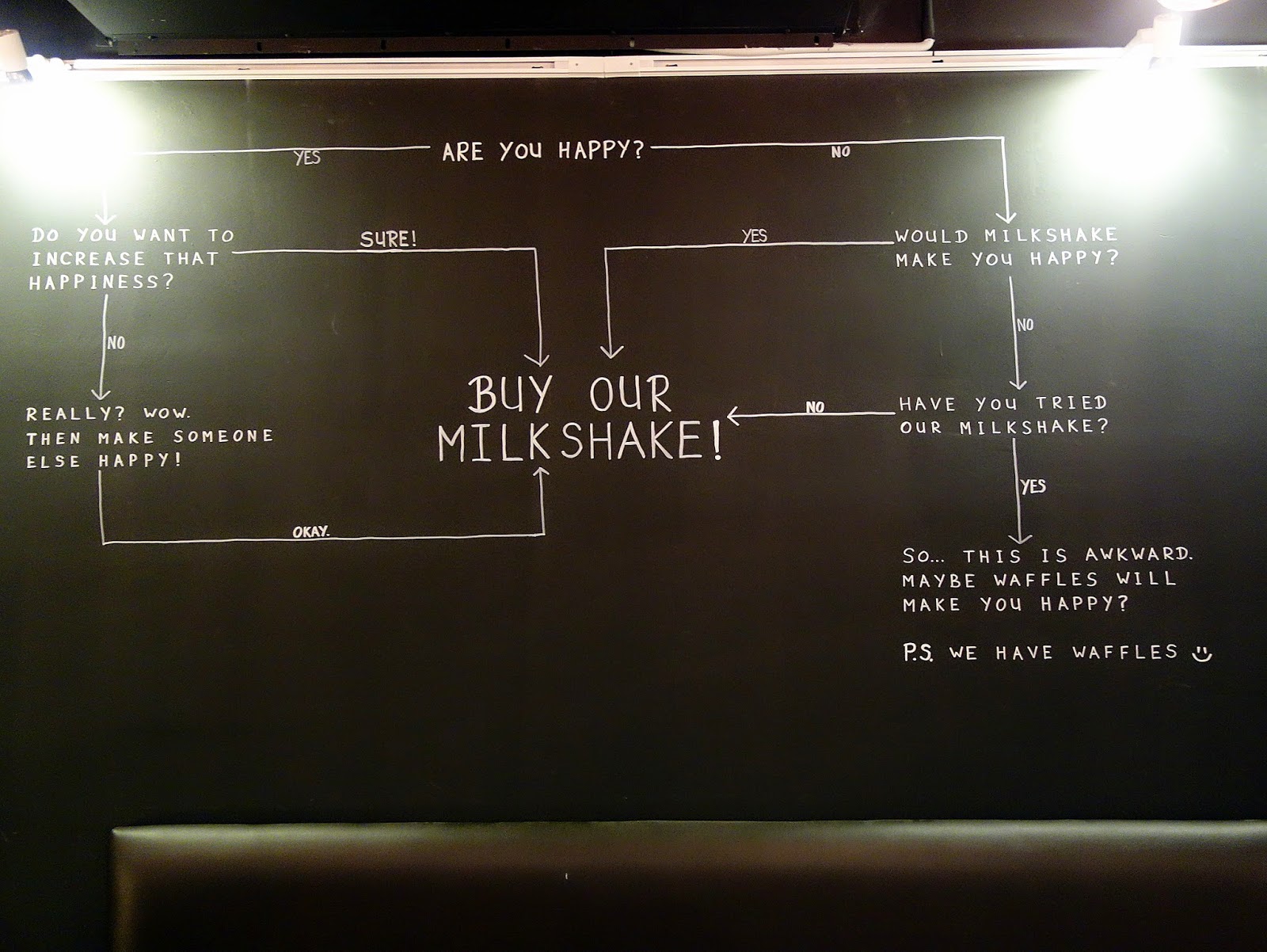 The Bro Code strictly specifies that each milkshake is hand-crafted to order - though it shouldn't take too long; probably five minutes if the outlet isn't too crowded - & made with ice cream from an undisclosed source - the first rule of Milkshake Bros: You do not talk about the secret ice cream supplier. 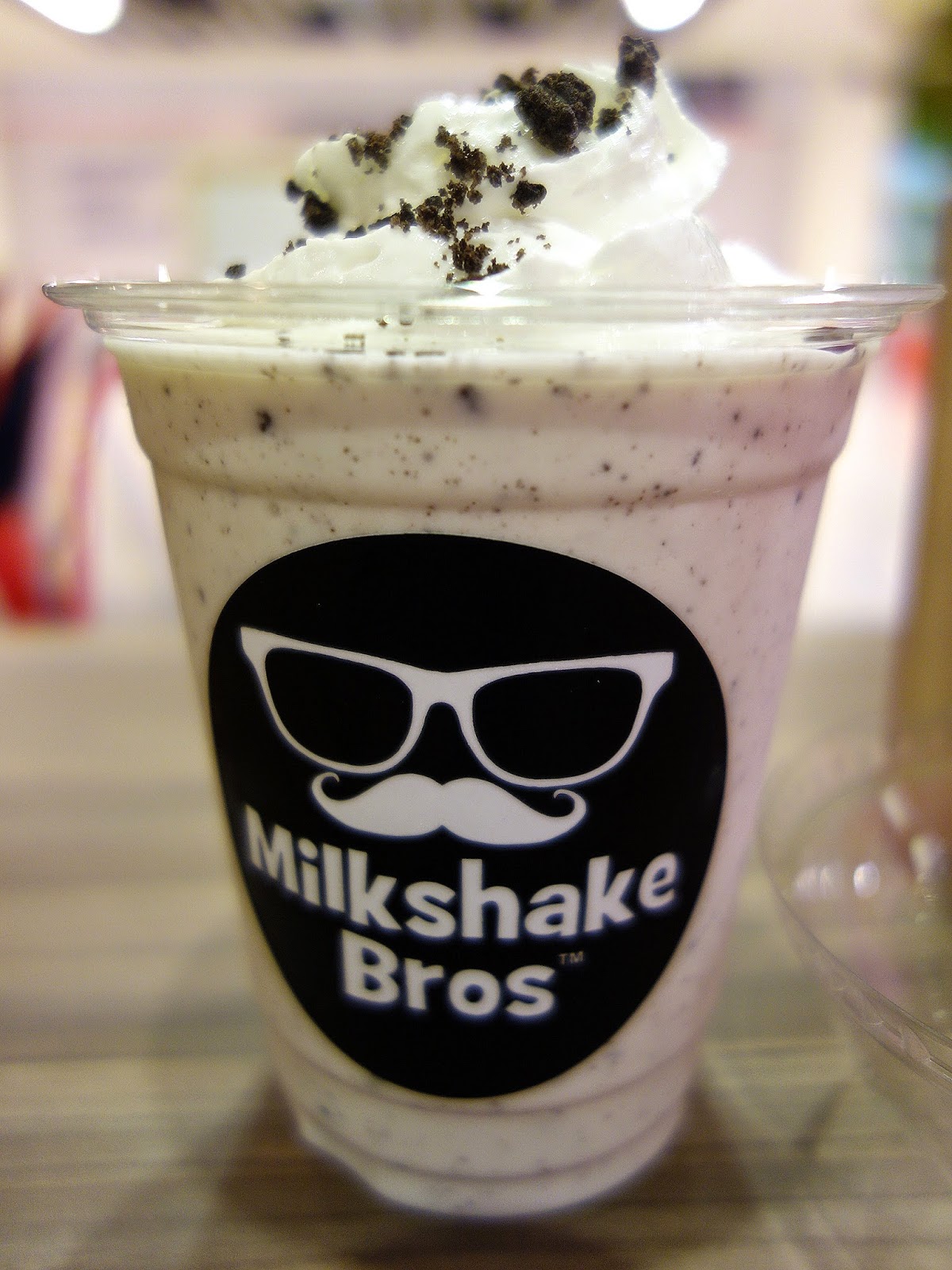 Milkshake Bros is beginning with the basics: No wild flavours so far, but it takes skill to master the essentials like vanilla, chocolate (RM8.20 for a small), strawberry (RM8.90), vanilla cookie (the pick above, RM9.70) & choco chip mint (RM11.20). Bros before Joes: Coffee milkshakes aren't available for now, but hopefully they'll be someday. 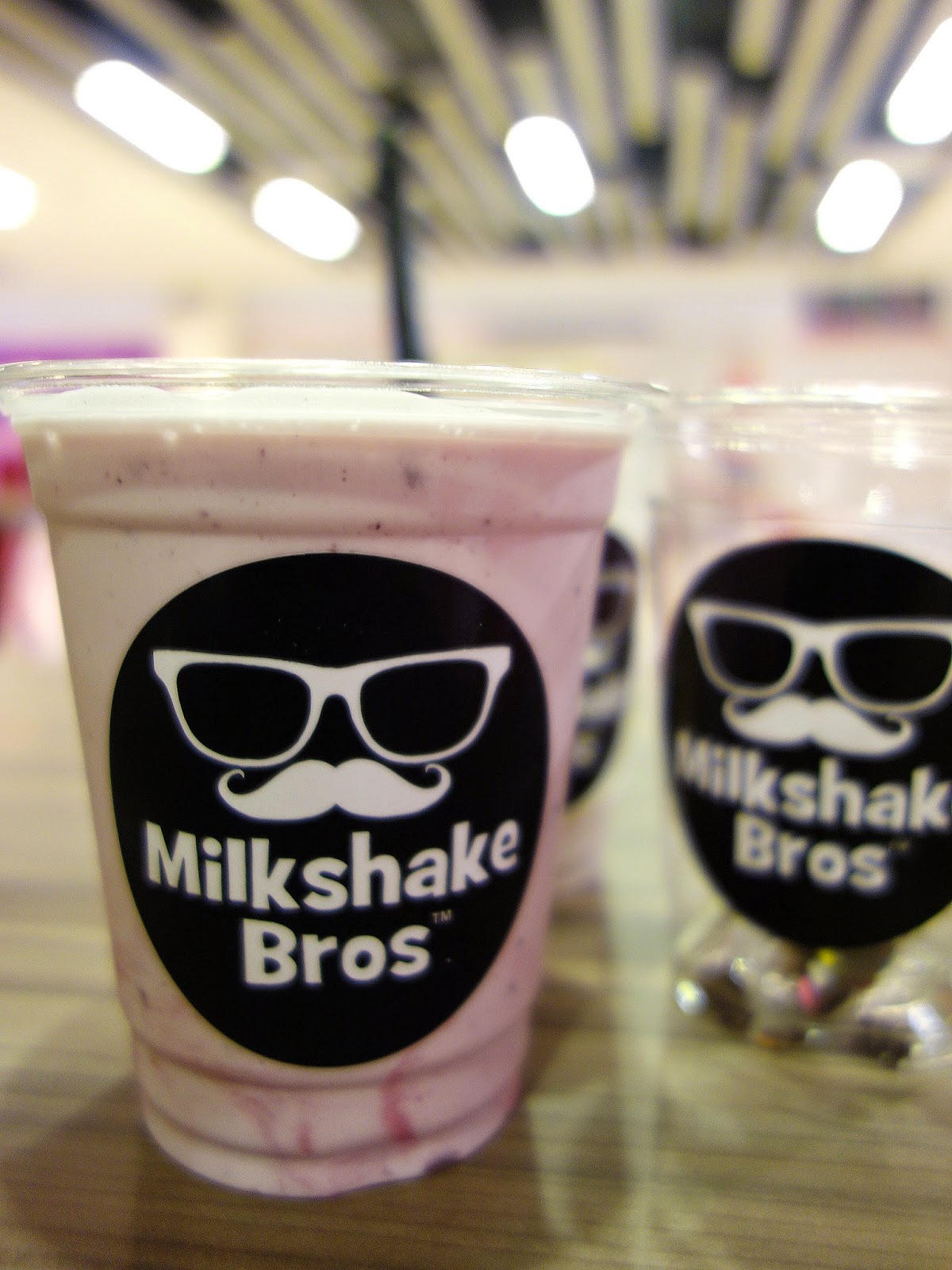 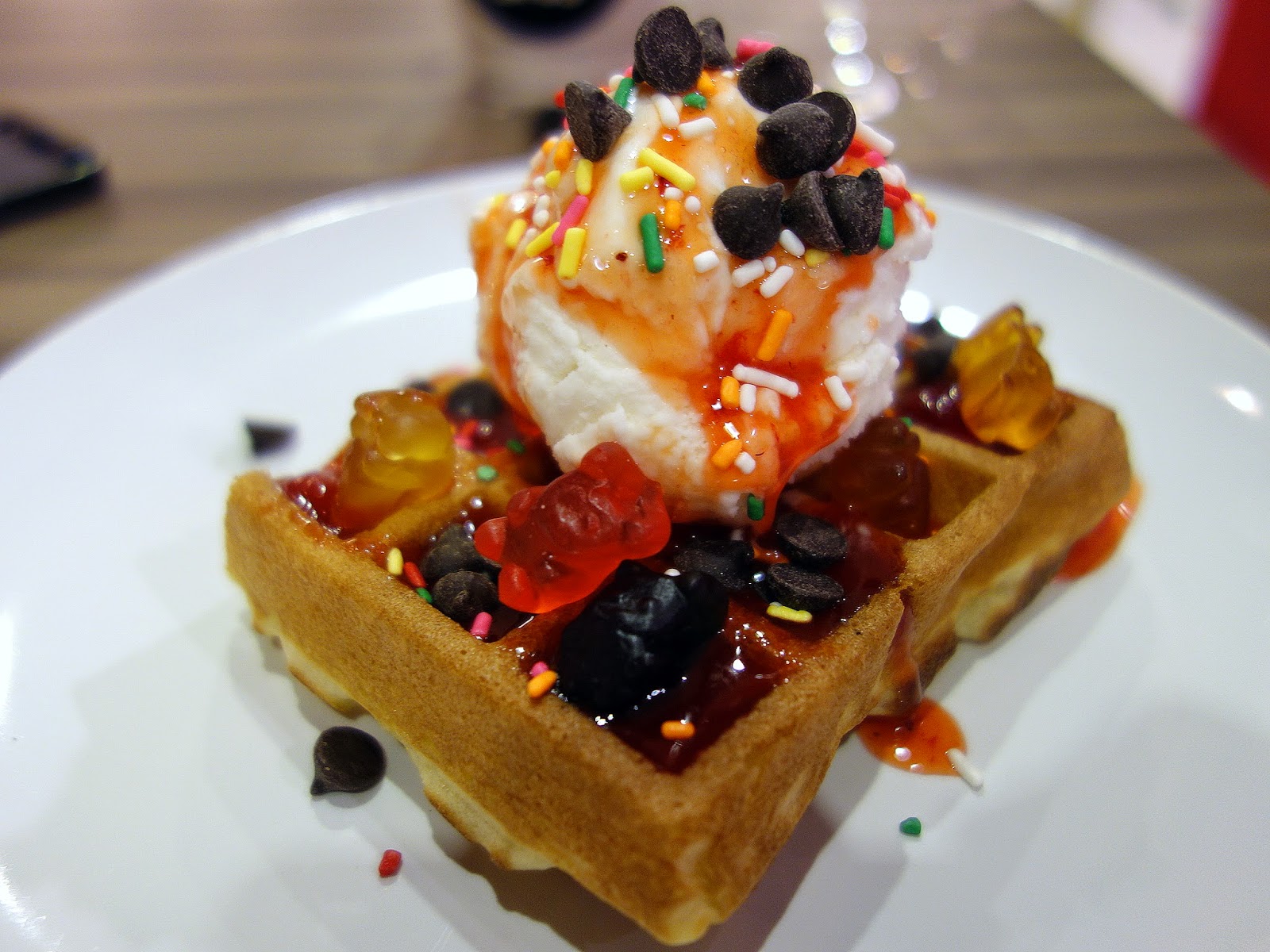 There will be waffles: This one's called 'The Carnival' (RM5.90), crowned with vanilla ice cream, choco chips & gummy bears. A very sweet, kid-pleasing treat for visitors to The School, Jaya One's child-friendly complex. 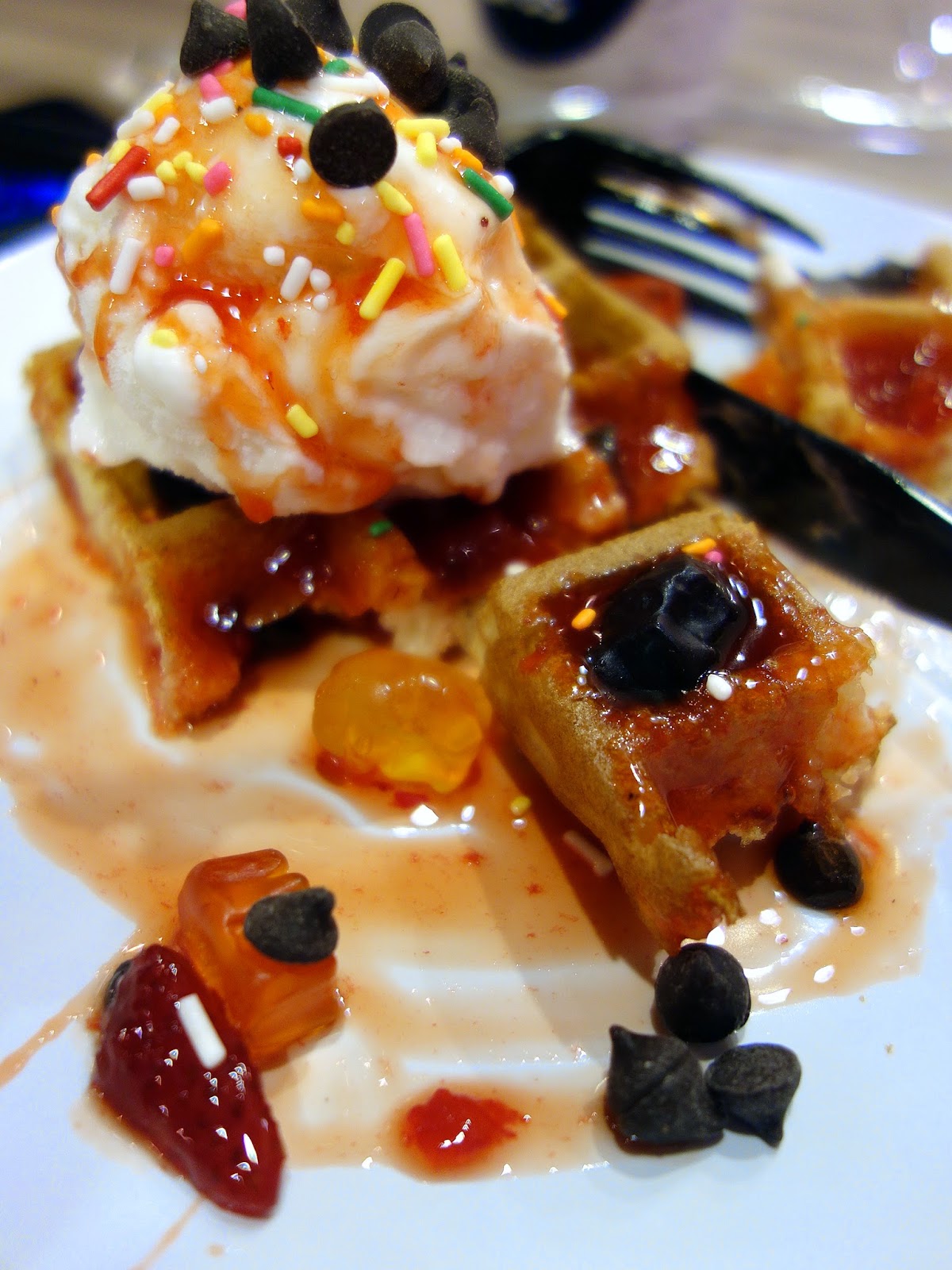 The main men of Milkshake Bros seem very young, exemplifying the surge of F&B entrepreneurs in their twenties. If this one strikes success & spurs some more milkshake outlets to open, our vote will go to whomever makes a mangosteen milkshake. 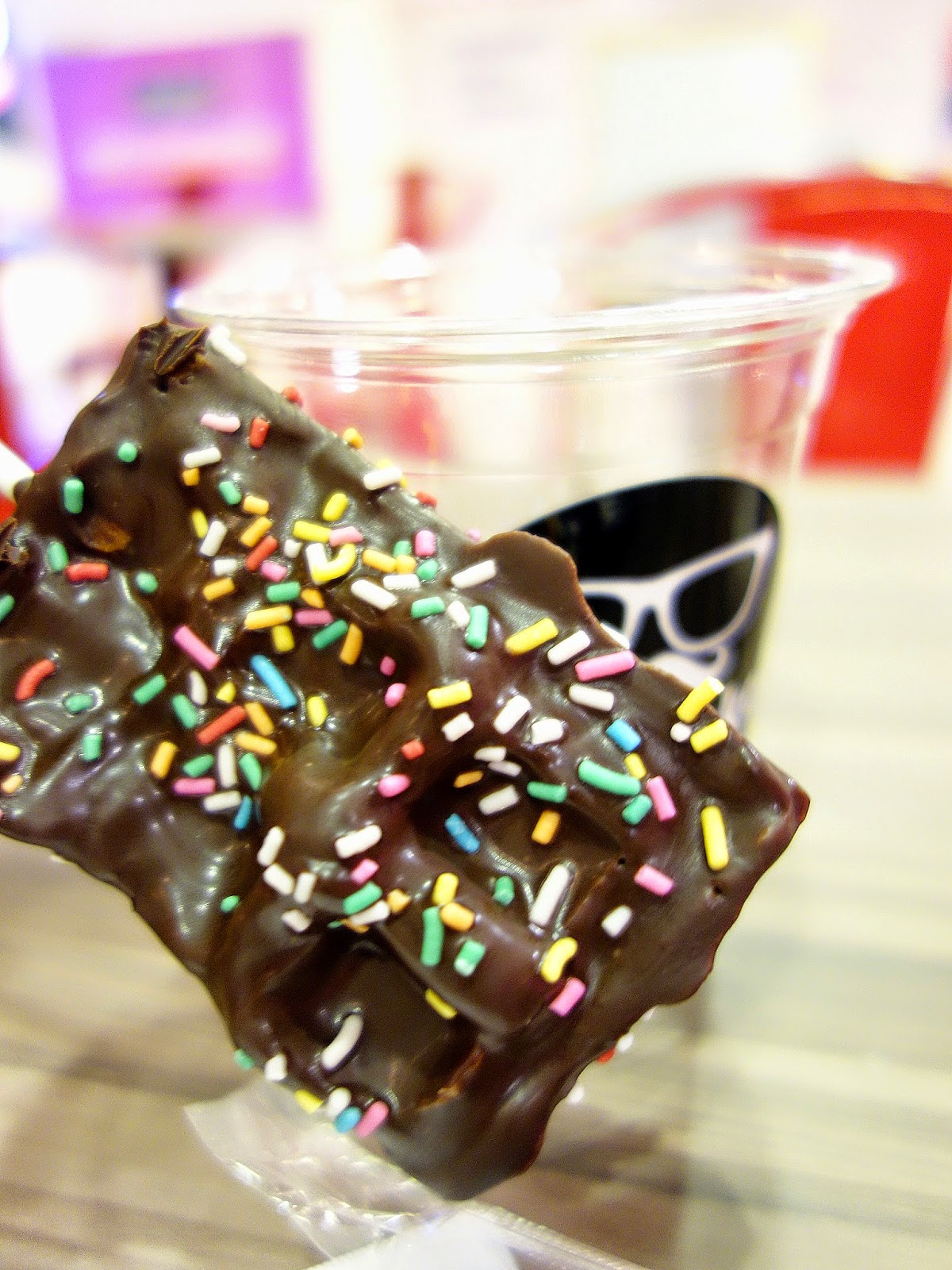 One more thing: Waffle Pops - a waffle on a stick, coated in chocolate & a choice of sprinkles, powdered sugar or peanuts. The sort of school cafeteria treat (albeit an upmarket one) that we'd probably have loved - but never had - three decades ago. 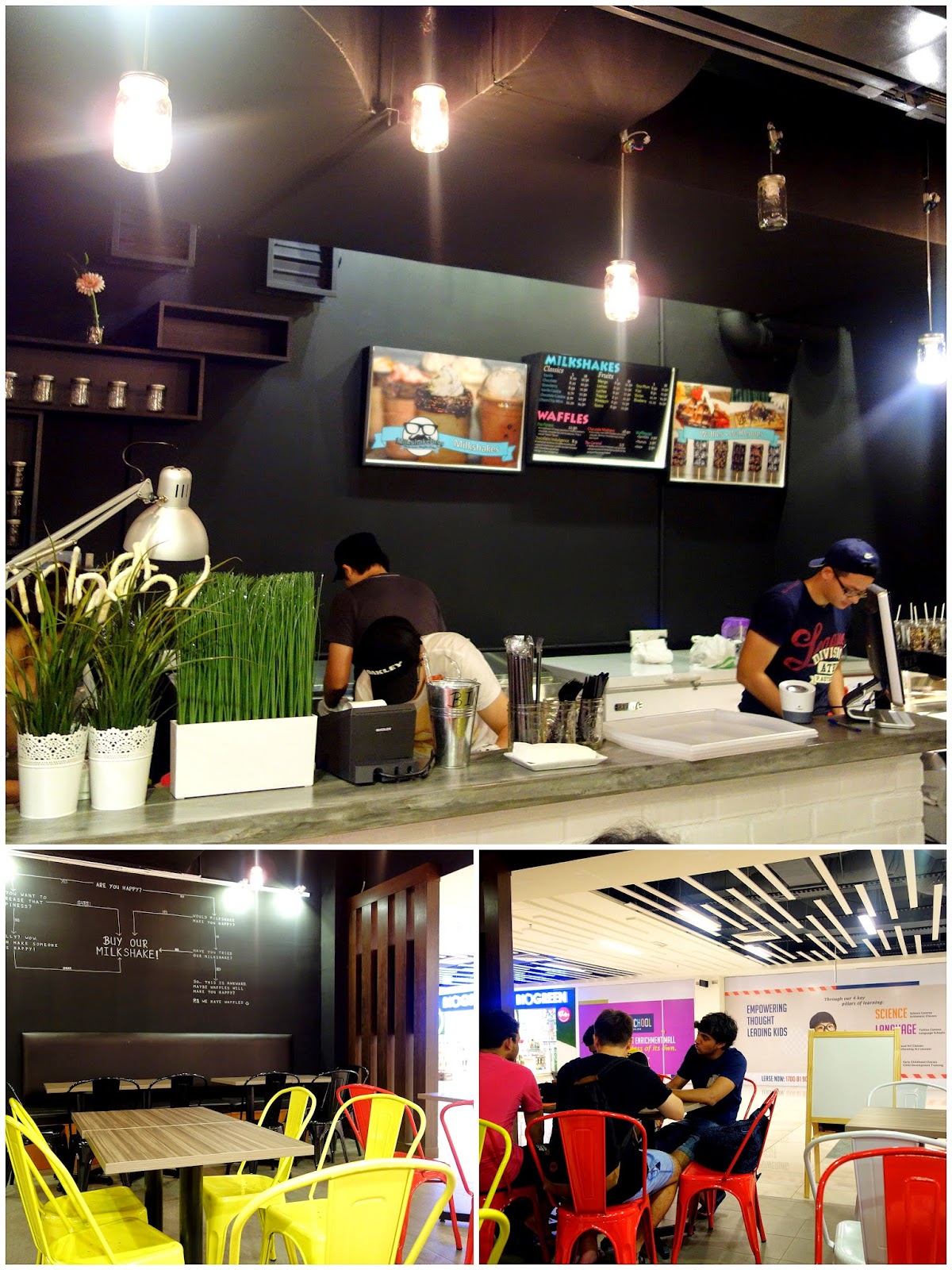