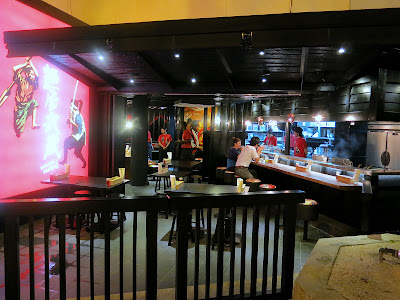 And then there were two: After triumphing in 1 Utama, Menya Musashi launched another branch this week, but with a potentially polarizing twist.
Entry on Menya Musashi @ Eat Paradise Isetan 1 Utama: May 9, 2012. 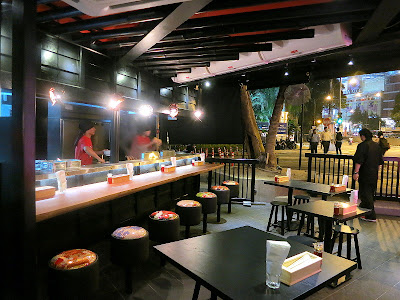 Occupying substantial space on P. Ramlee Road, within a short stroll of KLCC, this outlet hopes to win more customers by steering clear of pork, using chicken instead to build its broths and top its noodles. 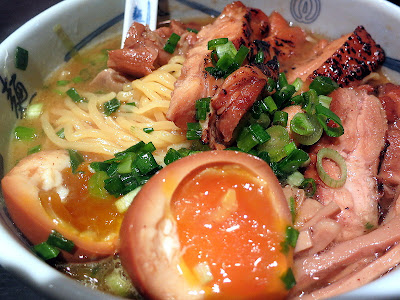 The result tastes much better than expected: every sip of the soup delivers deep nourishment, combining with sensuously lubricious noodles for the gastronomic equivalent of soulful elegance. 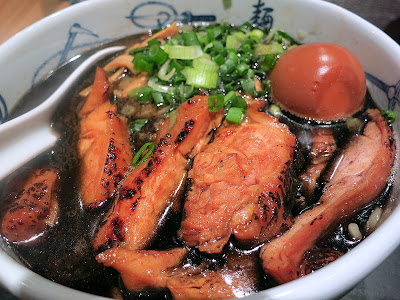 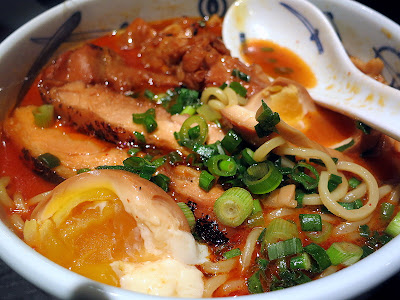 Remember how the egg yolks at Menya's 1U venue seemed off-kilter? Fear not: the ones here are touched by a rich, savory softness that makes them peerless. 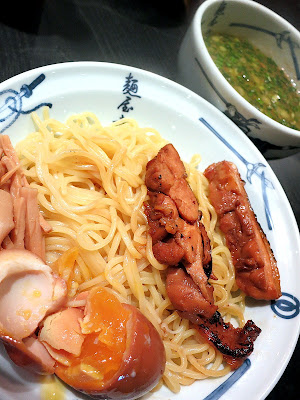 Tsukemen dipping ramen is available too. We rate everything a solid A (including the service, which warrants flying colors for its efficient friendliness). 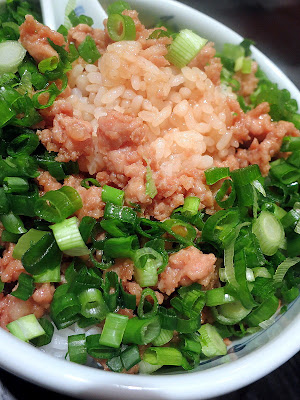 Side dishes include mince-layered rice and hot gyoza, all executed in exemplary fashion. 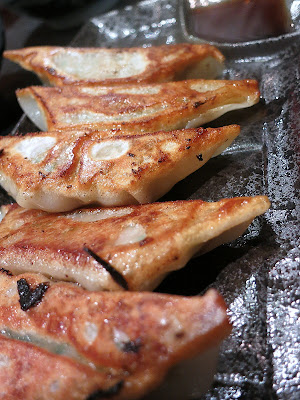 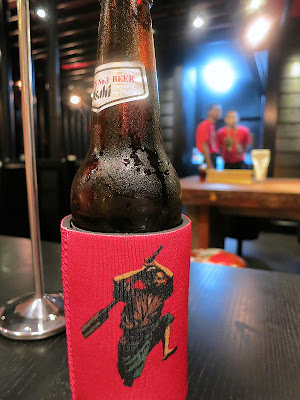 Asahi beer is the only booze offered for now, each bottle cutely wrapped. 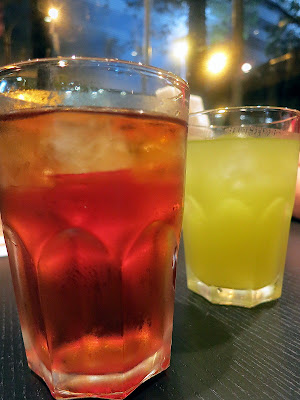 The snaking queues that besieged Menya's 1U outlet are so far absent here, but that might not last long, so head here soon before the crowds learn of it. 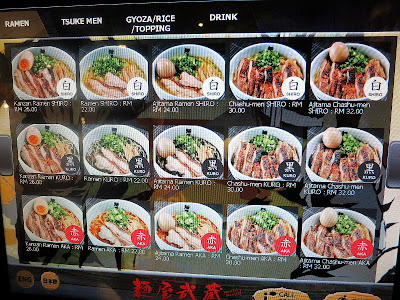 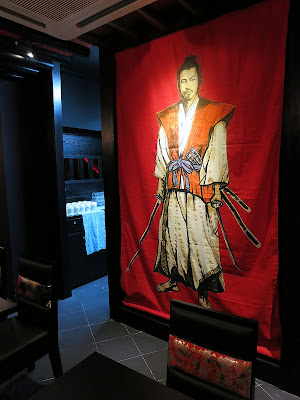 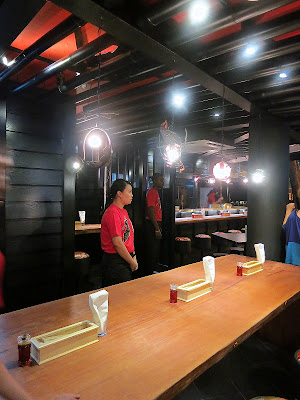 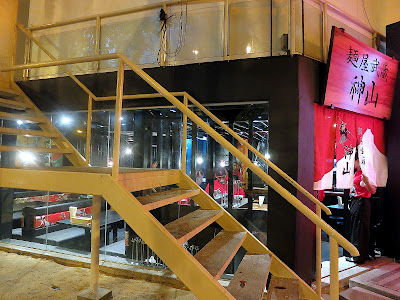 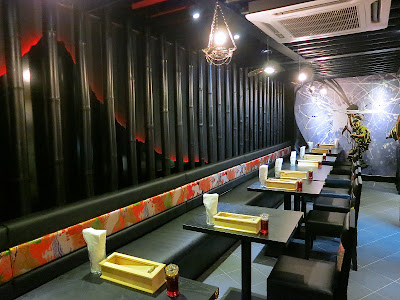 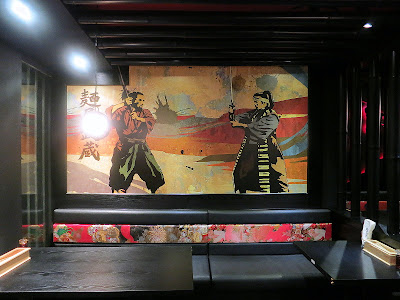 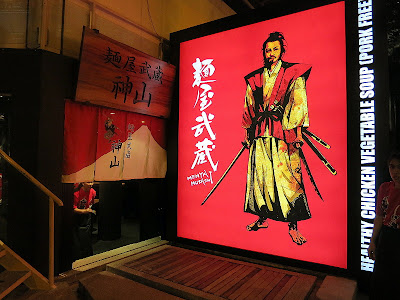 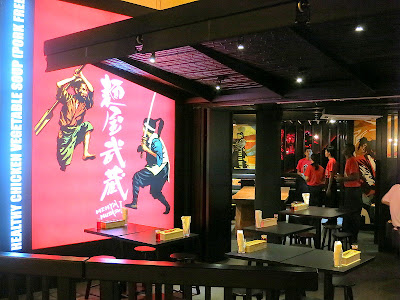 Menya Musashi,
Jalan P. Ramlee, Kuala Lumpur.
Somewhere between Modesto's and Ozeki Tokyo, but much closer to the latter.
Find us on Find us on